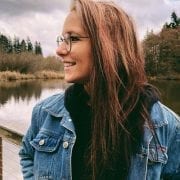 Courtney Peppernell is the best-selling author of Pillow Thoughts. Her writing career launched in 2015 with her debut novel Chasing Paper Cranes. Her first poetry collection Pillow Thoughts was released in 2016 and reached number one and best seller in her category. Having also captured the attention of world renowned artists The Chainsmokers, Pillow Thoughts was then re published by Andrews McMeel Universal, along with her second poetry collection The Road Between in August 2017. Courtney also released her second novel Keeping Long Island in 2017.

Our April Guest Editor, poet Courtney Peppernell, is an Australian native who loves a great…