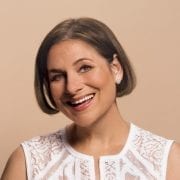 A #1 New York Times bestselling author, Jennifer Weiner’s books have spent over five years on the New York Times bestseller list with over 11 million copies in print in 36 countries. Jennifer Weiner grew up in Connecticut and graduated summa cum laude with a degree in English literature from Princeton University in 1991. She worked as a newspaper reporter in central Pennsylvania, Kentucky, and Philadelphia, where she was a feature writer and columnist for The Philadelphia Inquirer. Now a contributing opinion writer for The New York Times Op-Ed and Sunday Review, Weiner’s essays – “Mean Girls in the Retirement Home” and “Another Thing to Hate About Ourselves” – rose to the top of the “most emailed” lists and have been reprinted in newspapers and media outlets across the world.

What Jennifer Weiner is reading next

June Guest Editor and author of Mrs. Everything, Jennifer Weiner is an avid reader as…

While we were bingeing through Jennifer Weiner‘s latest hit Mrs. Everything, we were curious to…