There’s no doubt that Stephen King is the master of all things horror. With all the buzz around his latest adaptation The Outsider, we’re reminiscing on some horrific and thrilling novels we can’t get enough of – the perfect books for fans of Stephen King. 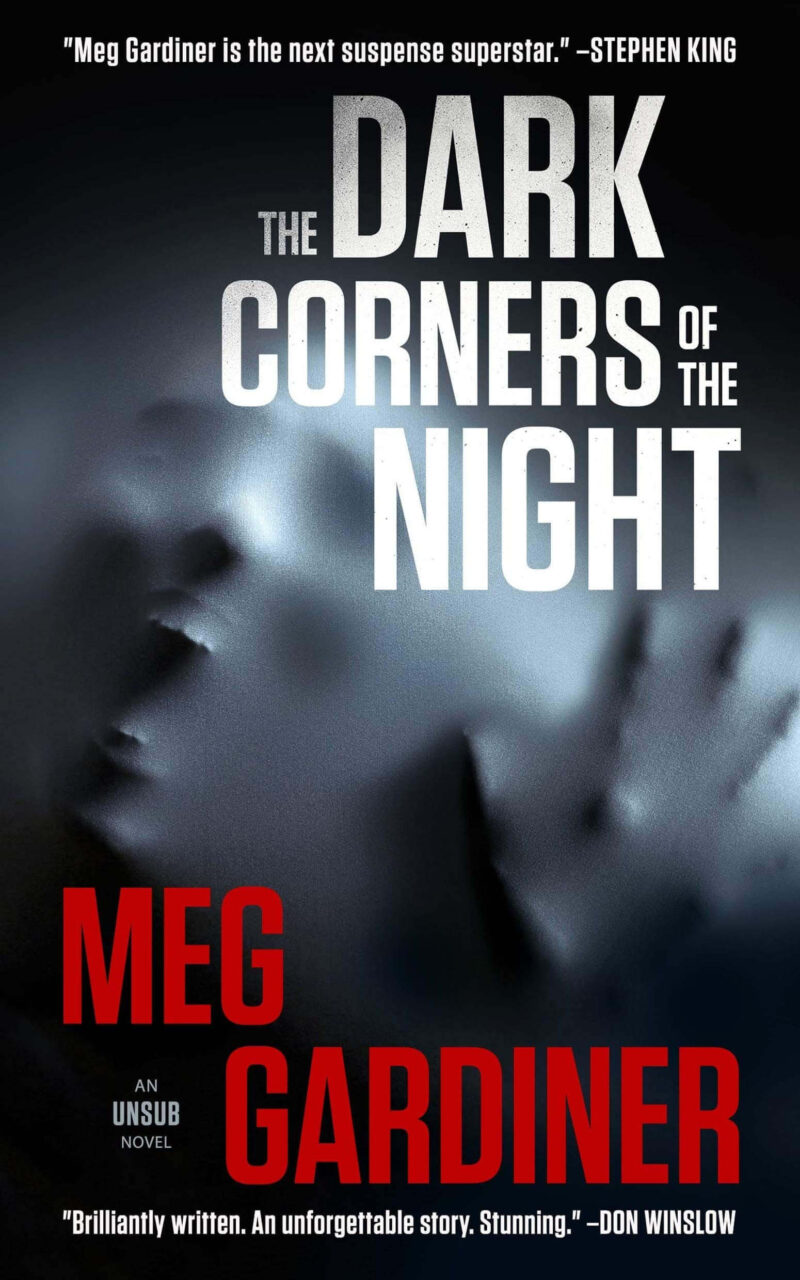 The Dark Corners of the Night by Meg Gardiner

The Midnight Man is terrorizing Los Angeles, killing the parents of children but leaving the young ones to live with new horrific memories of losing the people they love most. With this brazen killer on the loose, FBI behavior analyst Caitlin Hendrix arrives in Los Angeles to help solve the case. But it doesn’t take long before Caitilin realizes that this serial killer is different from the others she has chased before. As she struggles to keep her personal life from falling apart and keep the case on track, she must come to terms with what she’s willing to do to catch this monstrous killer. 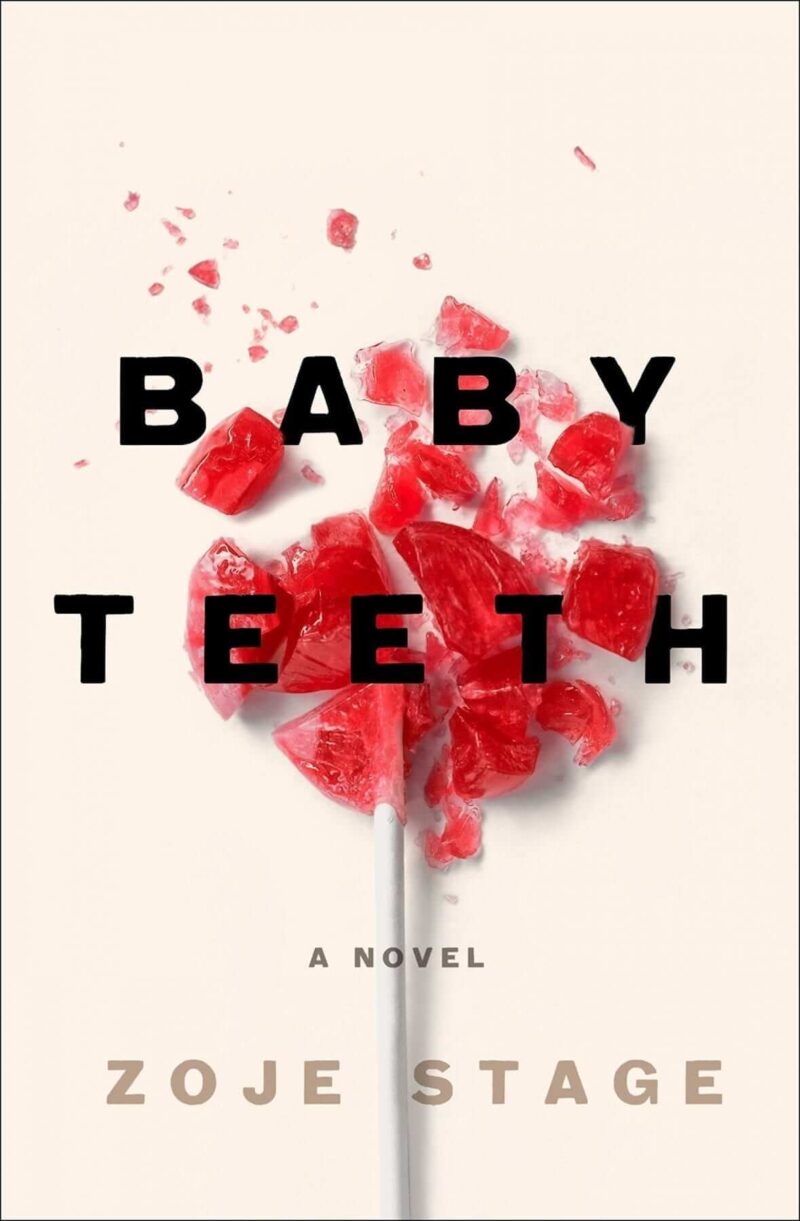 A crossover between Gone Girl and The Omen? Count us in. Zoje Stage’s debut novel tells the horrific story of Hanna, a young girl with a twisted mind. Hanna adores her father and dreams of the two of them without her mother. As her mental state begins to darken, Hannah will pull out all the stops to make sure that she gets rid of her mom. Suzette must find a way to control her daughter before she ruins the family forever. 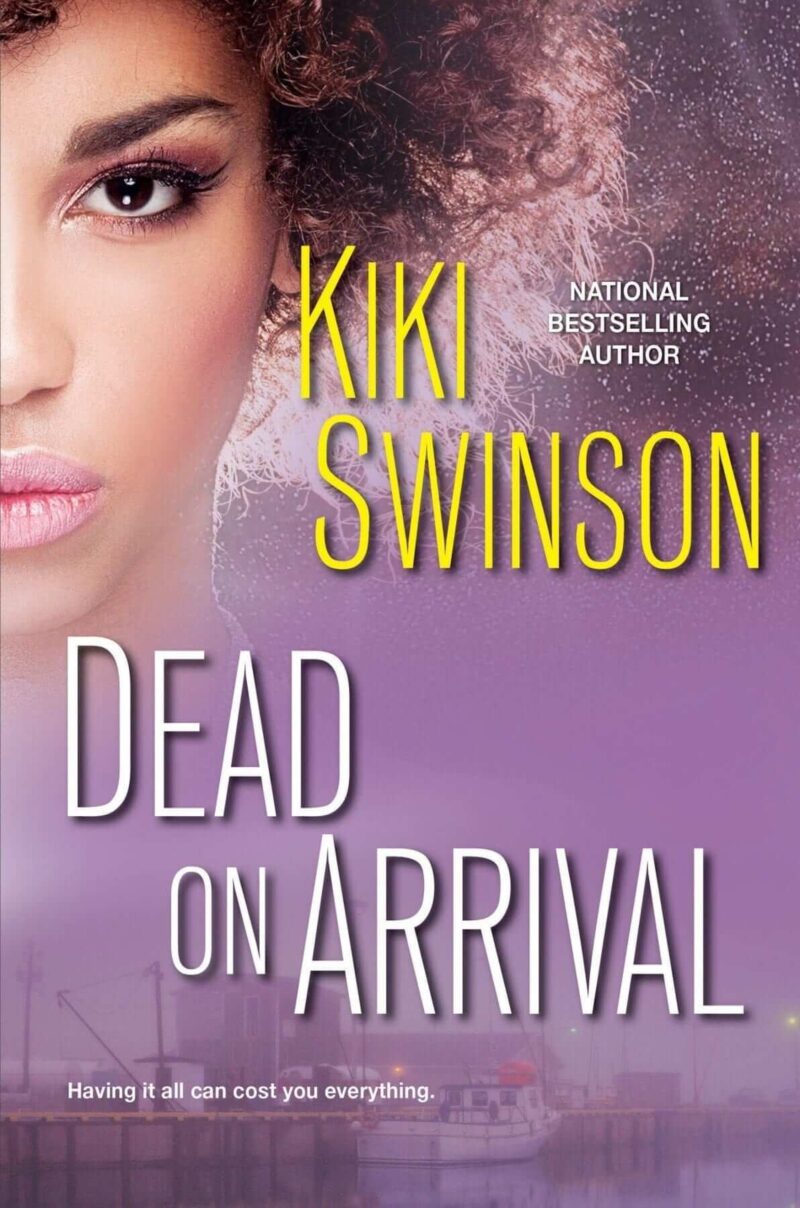 Dead on Arrival by Kiki Swinson

Reese and Dawn are doing everything they can to stay afloat as they struggle with a gambling addiction and infertility. When a friend promises the two a prosperous future in return for help on a project he claims is safe, the couple will find themselves in serious trouble. Participating in illegal human smuggling, Reese and Dawn will realize that their side job isn’t as easy – or as safe – as their friend had initially promised. 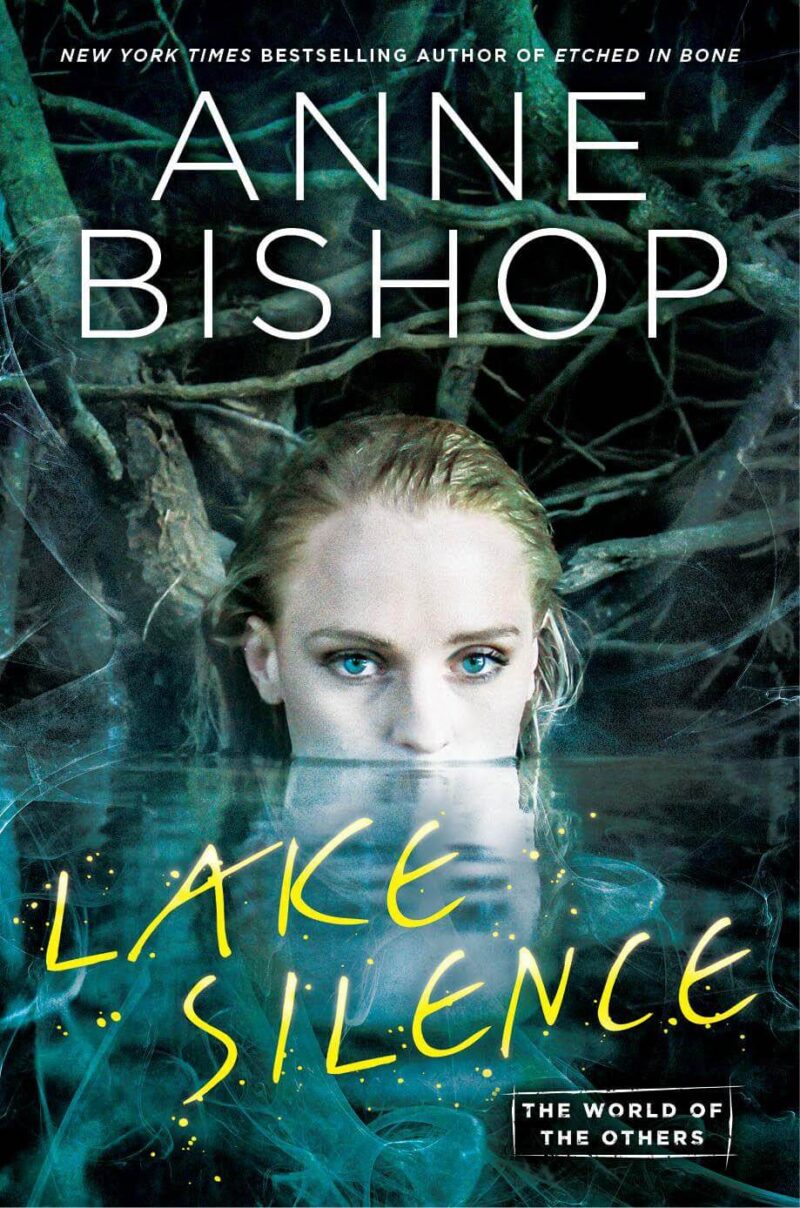 In a world where supernatural creatures exist alongside humans, one resort owner will learn that paranormal monsters don’t abide by predetermined human laws. Being pinned for a murder she didn’t and couldn’t have committed, Vicki DeVine must figure out who (or what) the real killer is before the magical forces at work destroy her world forever. Set in Bishop’s world of the Others, Lake Silence is the perfect read for fans of dark fantasy. 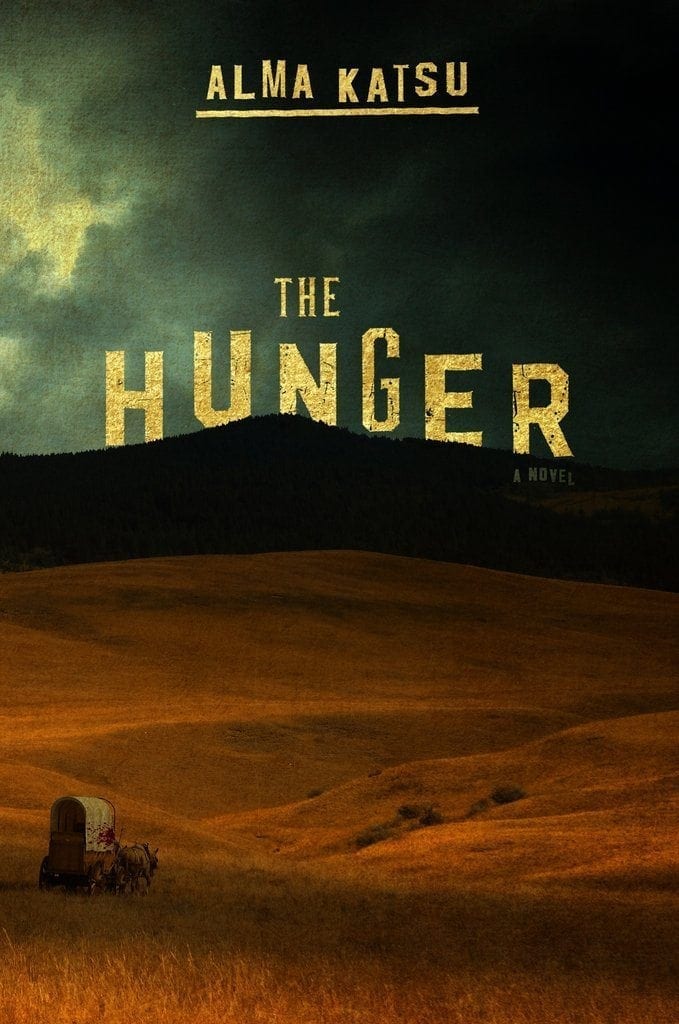 The Hunger by Alma Katsu

Katsu’s new supernatural thriller, The Hunger, will take you back to the days of covered wagons and Westward Expansion. As the Donner Party makes their way through the West, they fear that something evil is following them. When members of their group begin to disappear, the others are left to question what kind of dangerous entity is taking them out, who will be taken next and where their journey is really leading them. 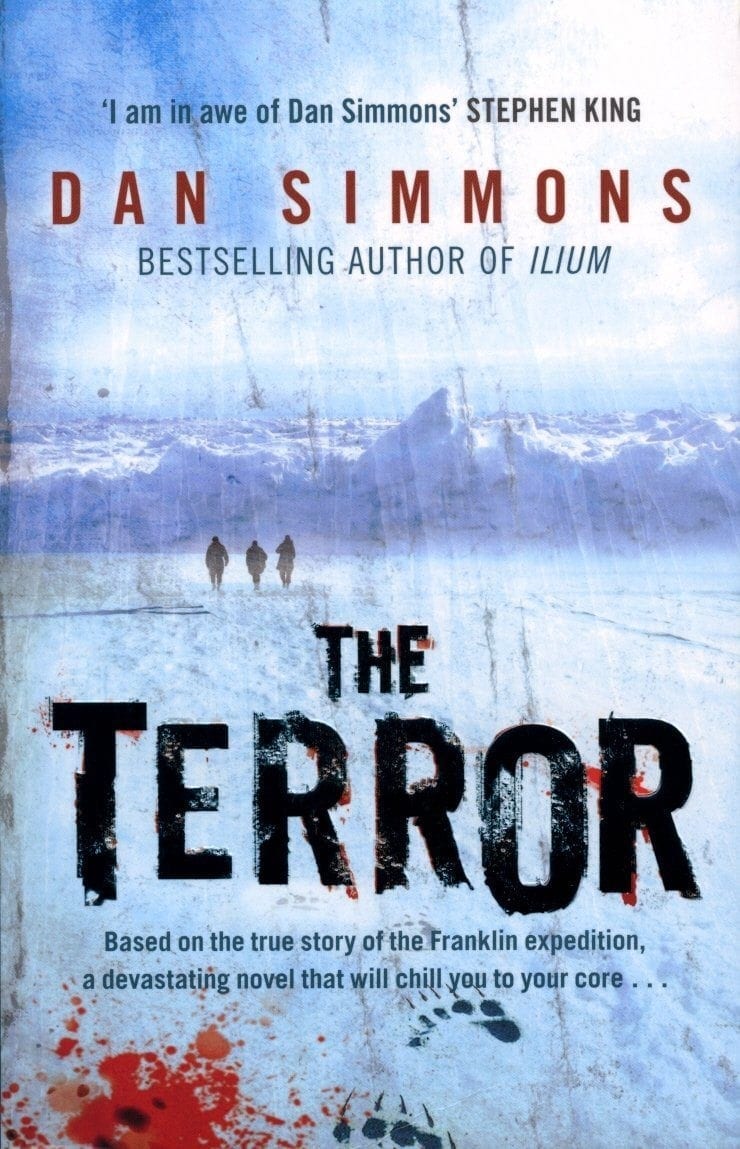 The Terror by Dan Simmons

Now a major TV show on AMC, The Terror is a book that Stephen King could not put down. The crew on the HMS Terror hoped to find the Northwest Passage but instead, they stumble upon something sinister and deadly. When the expedition leader meets a horrific death, it’s up to Captain Francis Crozier to lead his men to safety. Battling frigid weather and lurking predators, will the crew reach safety or turn on one another? 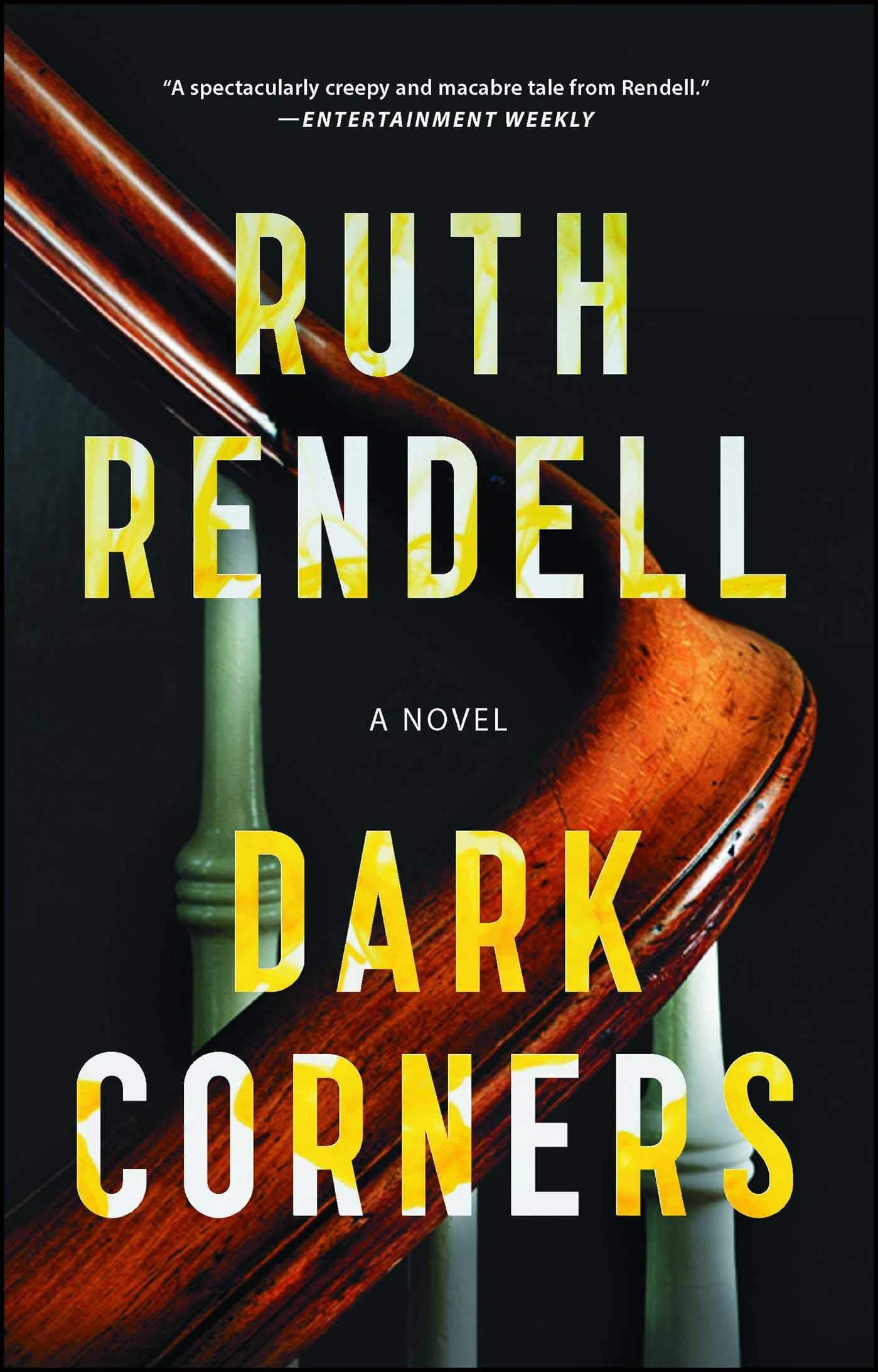 When Carl’s father dies, he inherits a house in a rich London neighborhood. He can’t exactly afford it, though, so he rents the upstairs living quarters to the first person he interviews. Letting Dermot Mckinnon live there was mistake number one. The two following mistakes were keeping the bizarre collection of homeopathic “cures” and diet pills that his father left in the medicine cabinet and then proceeding to sell them. When the friend he sells them to turns up dead, Dermot starts to blackmail Carl, and things only spiral downwards as Carl falls victim to something and someone he cannot escape. 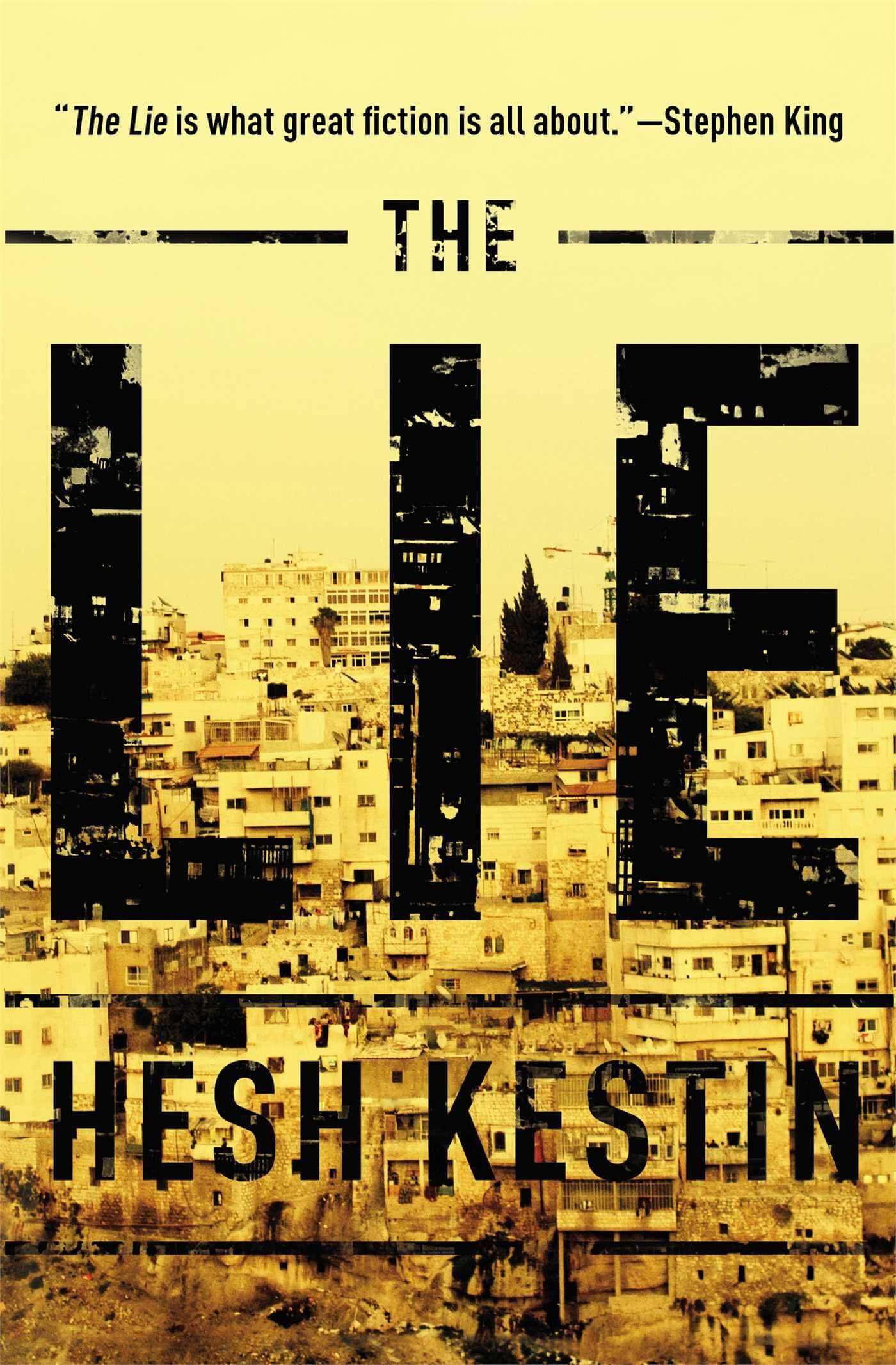 The Lie by Hesh Kestin

Dahlia Barr wanted to change the system from within; that’s why she took the job when the Israeli national police approached her about a position of a government arbiter. She was many things: a mother, a soon-to-be ex-wife, and a successful Israeli attorney. Never did she think she would be the mother of a kidnapped son. When Dahlia’s son, Israeli Defense Force lieutenant Ari Barr, is taken by Hezbollah, Dahlia will have to come face to face with her long and complicated past, and make the one person who holds the key to Ari’s rescue talk. 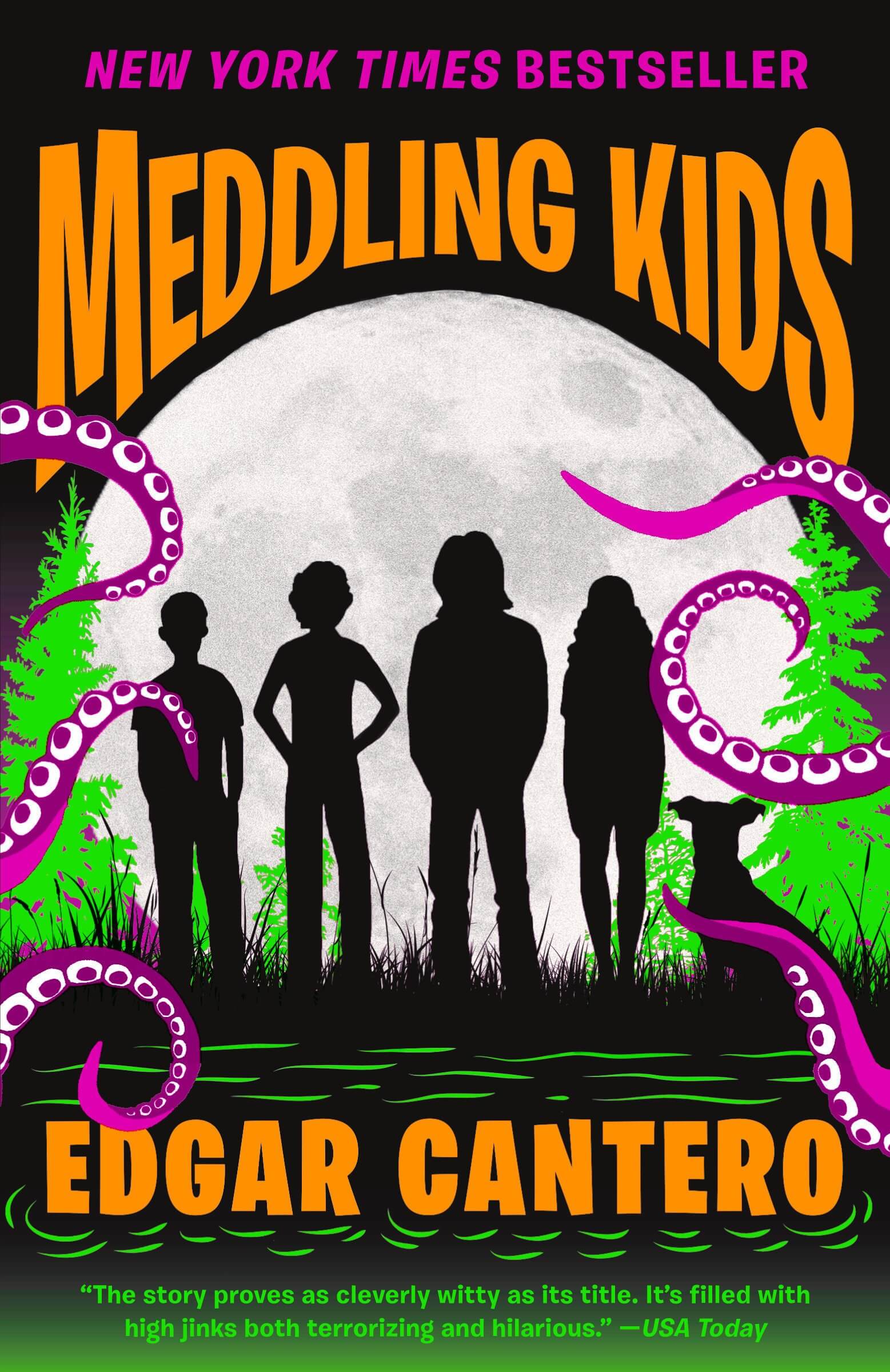 This is Scooby-Doo meets Stephen King in the year 1990. Years ago, four teenagers solved the mystery of an amphibian monster in Sleepy Lake. Now, the former teen detectives are completely lost. After one of their tragic deaths and the rest running from the demons that haunt them, the man they apprehended all those years ago is released for parole and all these years later, i’s confirmed: they got the wrong guy. This thrilling novel will bring the gang back together again, but can they find the right masked man? 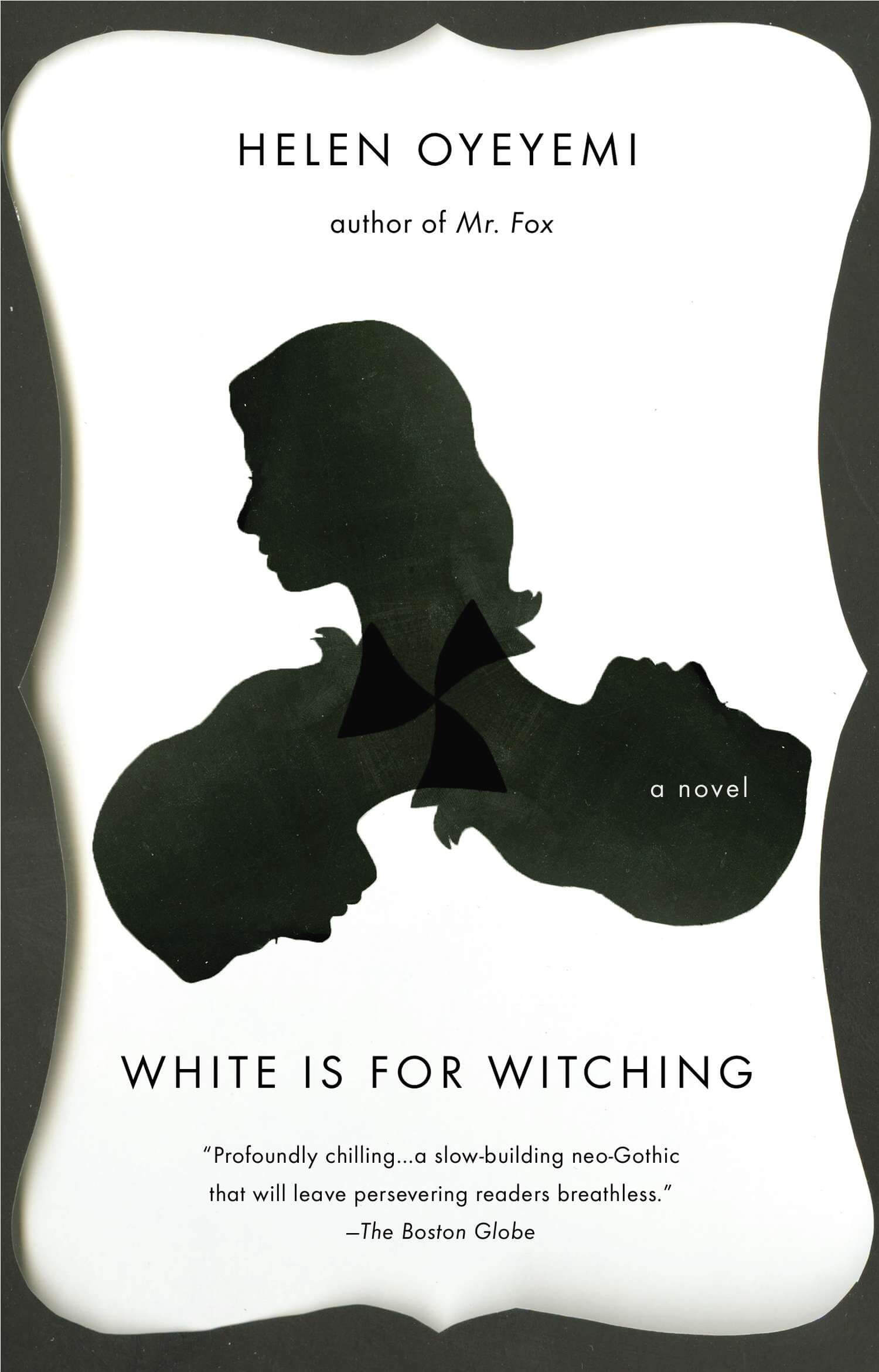 White is for Witching by Helen Oyeyomi

Dover, England has been home to four generations of Silver women: Anna, Jennifer, Lily and now Miranda. The women have a strong bond, one that defies time and space. So when Lily, Miranda’s mother, unexpectedly dies, things start to get weird—well, more weird than usual, as Lily finds herself starving and hearing voices. The Silver family house starts to emit the hostility the town of Dover has towards outsiders. Their lives have changed, and there’s no going back. 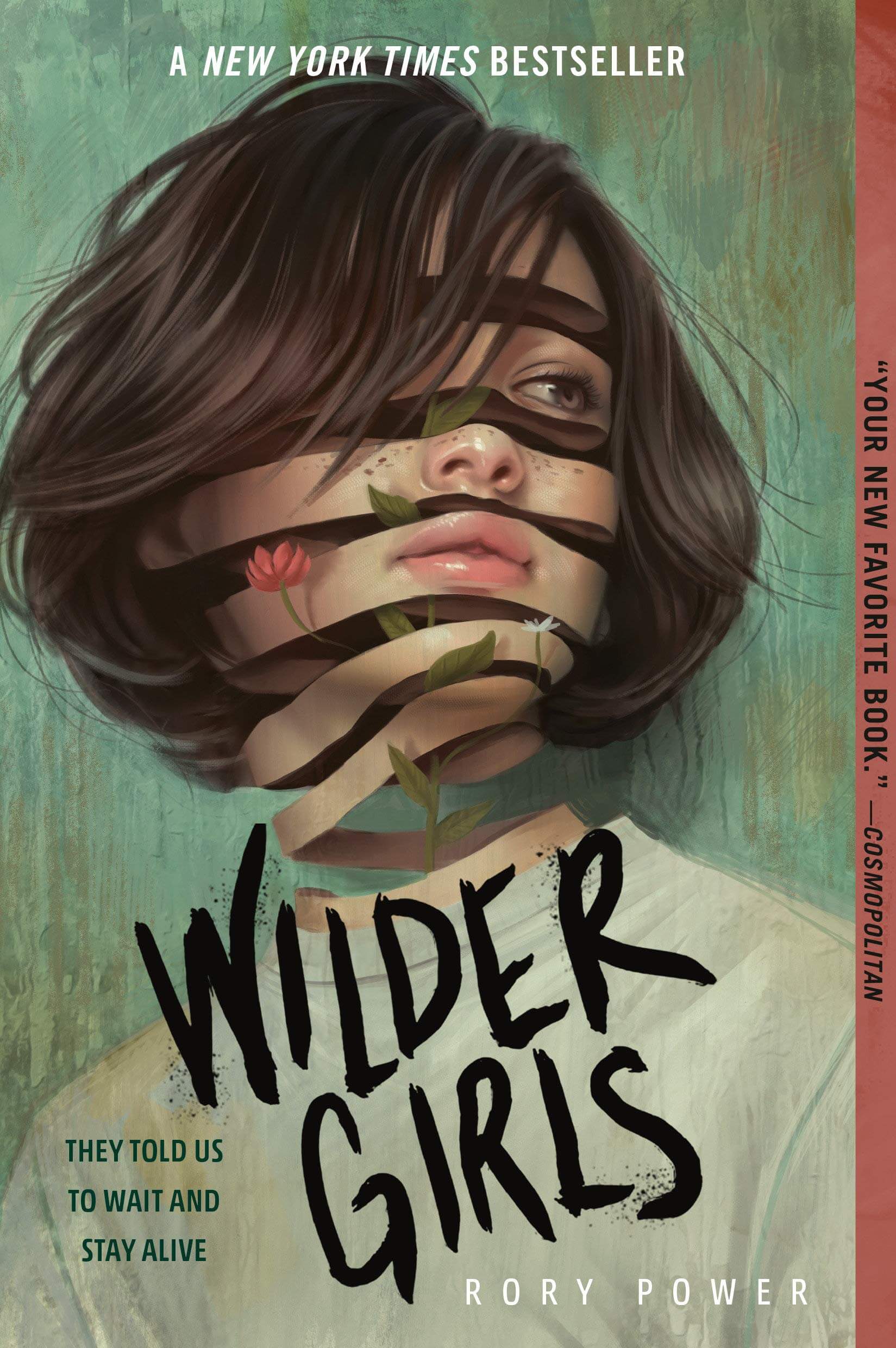 First the teachers died one by one, then it began to infect the students. Nowhere to run on their island boarding school, cut off from the rest of the world, three best friends are living in quarantine. They say it’s coming from the woods, but it’s seeping into everything as they await a cure. When one of the girls goes missing, Hetty will do anything to find her. She might just learn the darker truth behind their confinement and the life that they’re living at Raxter school. 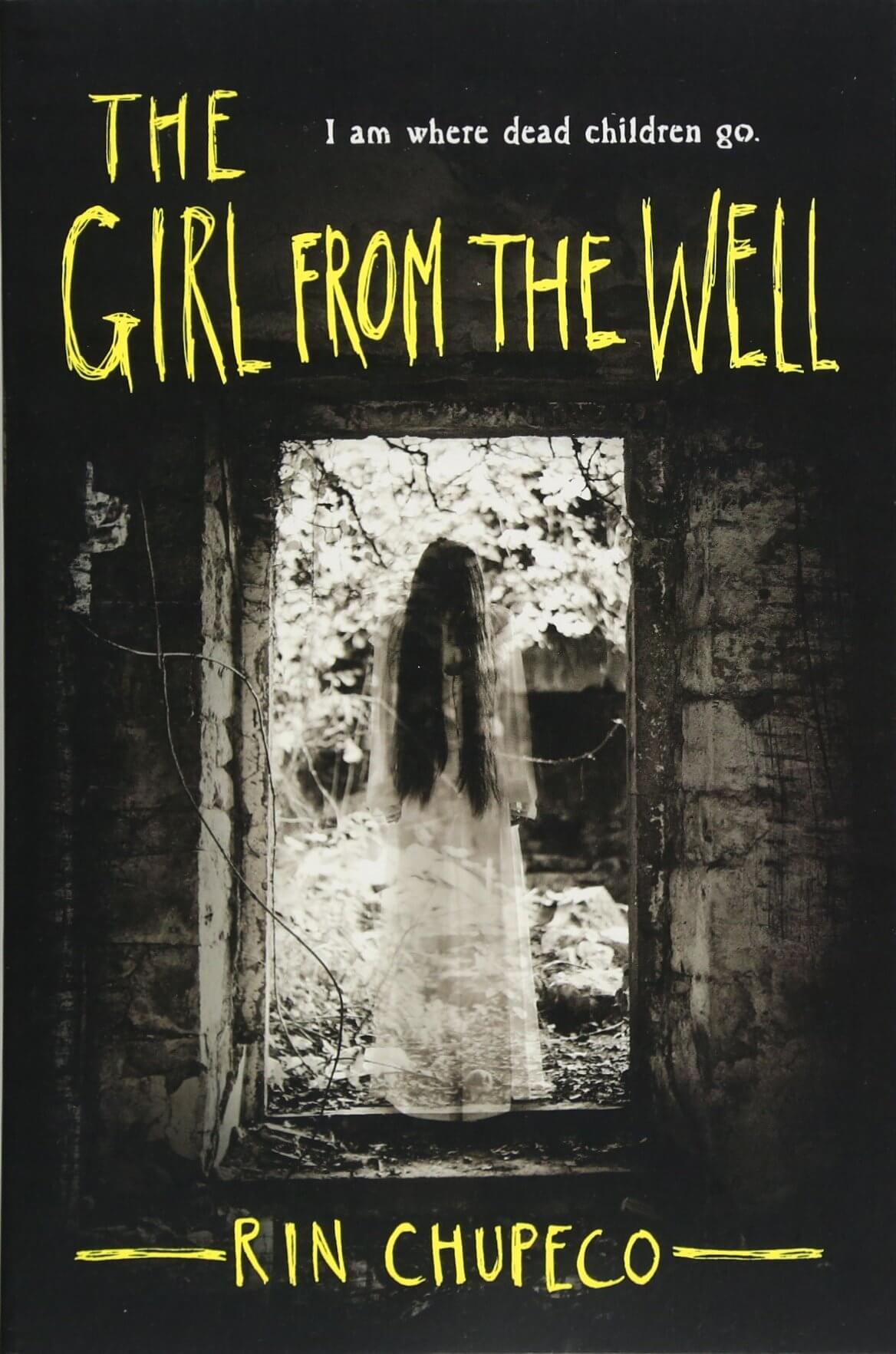 The Girl from the Well by Rin Chupeco

Creepily suspenseful, this novel follows a Japanese ghost looking for vengeance. If that isn’t enough to get you reading, then how about the line “I am where dead children go”? Okiku has wandered the world for centuries, freeing the spirits of those who have been murdered. It hasn’t brought her peace, though, so she’s still drifting on. Then she meets Tark, and boy-oh-boy does evil just scream his name. Literally, he has to be freed from the malevolence that lives inside of him, but if the demon dies … so does its host. 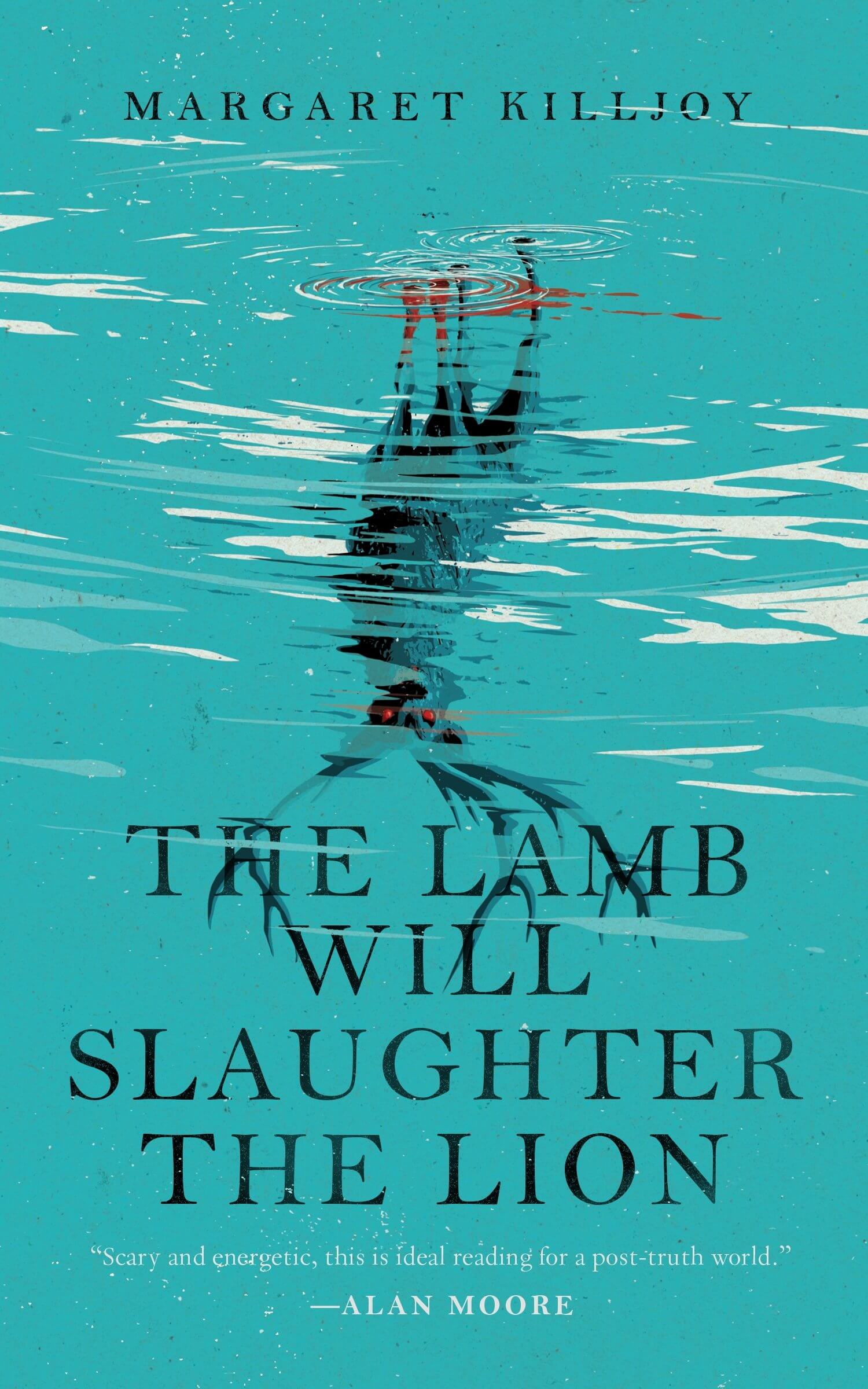 The Lamb Will Slaughter the Lion by Margaret Killjoy

This urban and paranormal fantasy book will have you gripping for more of its eeriness. Danielle Cain feels like her best friend’s death was not from suicide, but she can’t quite make out what happened. In search for clues, she ventures to the utopian town of Freedom, Iowa. A protector spirit is beginning to switch sides on its summoners and this blood-red, three antlered deer isn’t taking Danielle’s arrival lightly. She realizes fairly quickly that she has to save the town—or at least get out alive. 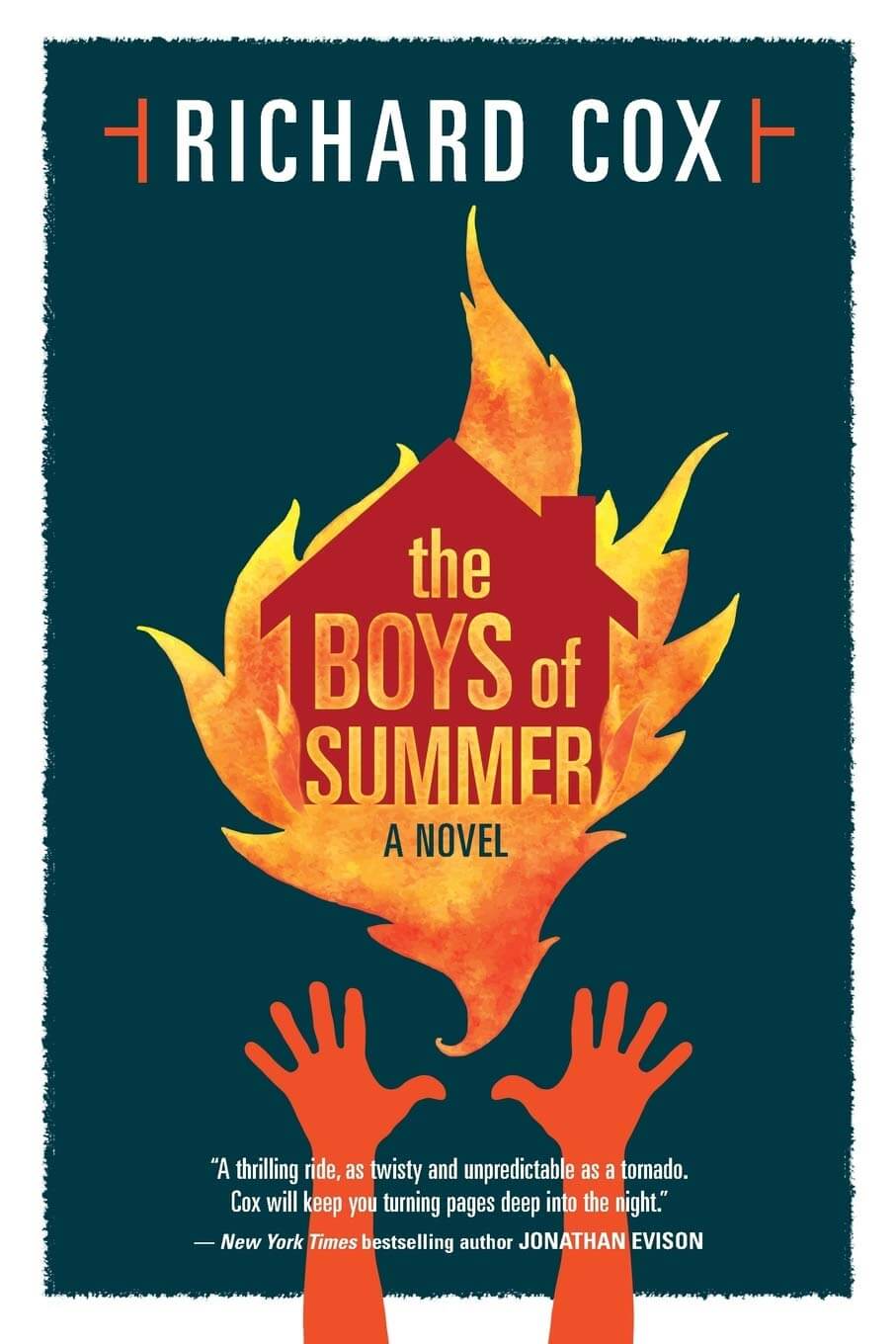 The Boys of Summer by Richard Cox

In 1979, a massive tornado devastates the city of Wichita Falls, Texas, leaving scores dead, thousands homeless, and nine-year-old Todd Willis in a coma, fighting for his life. When he awakens four years later, the world he once knew is struggling to come through—and his hallucinations aren’t helping. But Todd must start over, and that means making new friends. After a dark summer of firsts, these boys hold a secret that they promise never to speak of again. Twenty-five years later, the same boys, now all grown up, must face their haunting past when their memories refuse to align with reality and their lives are threatened at every turn. It’s either going to bring them together or make them understand the phrase “every man for himself.” 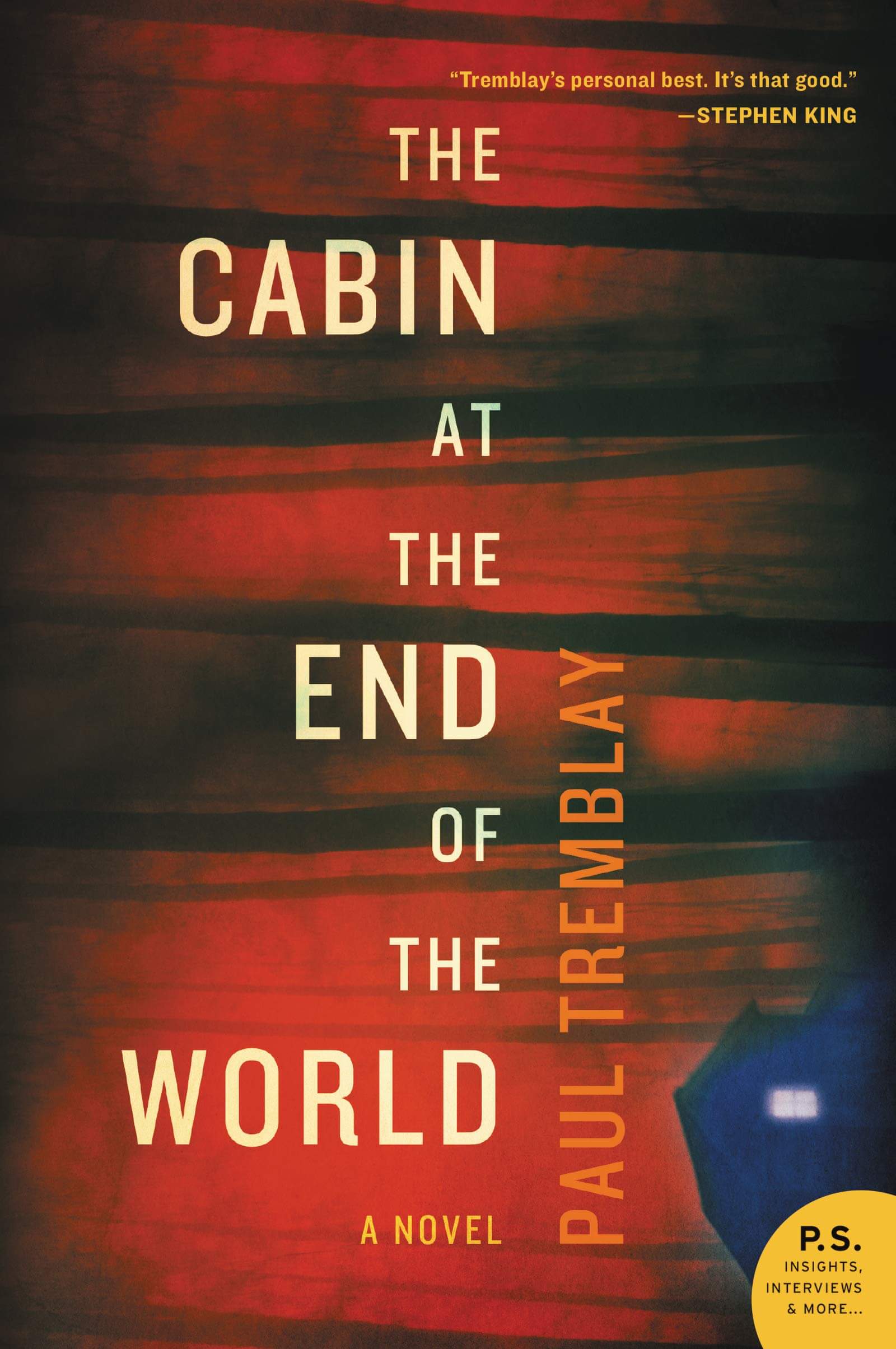 The Cabin at the End of the World by Paul Tremblay

Seven-year-old Wen and her parents, Eric and Andrew, are vacationing at a remote cabin on a quiet New Hampshire lake. Nothing is ever as it seems though. One afternoon, Wen is catching grasshoppers in the front yard when a stranger appears in the driveway. His name is Leonard and he’s very nice, that is until he apologizes to Wen and tells her that what happens next is not her fault. Three more strangers arrive, and neither Wen nor her dads can see what’s coming. Terrifyingly suspenseful, this is a tale of paranoia and survival that will shatter your fairy tale endings. 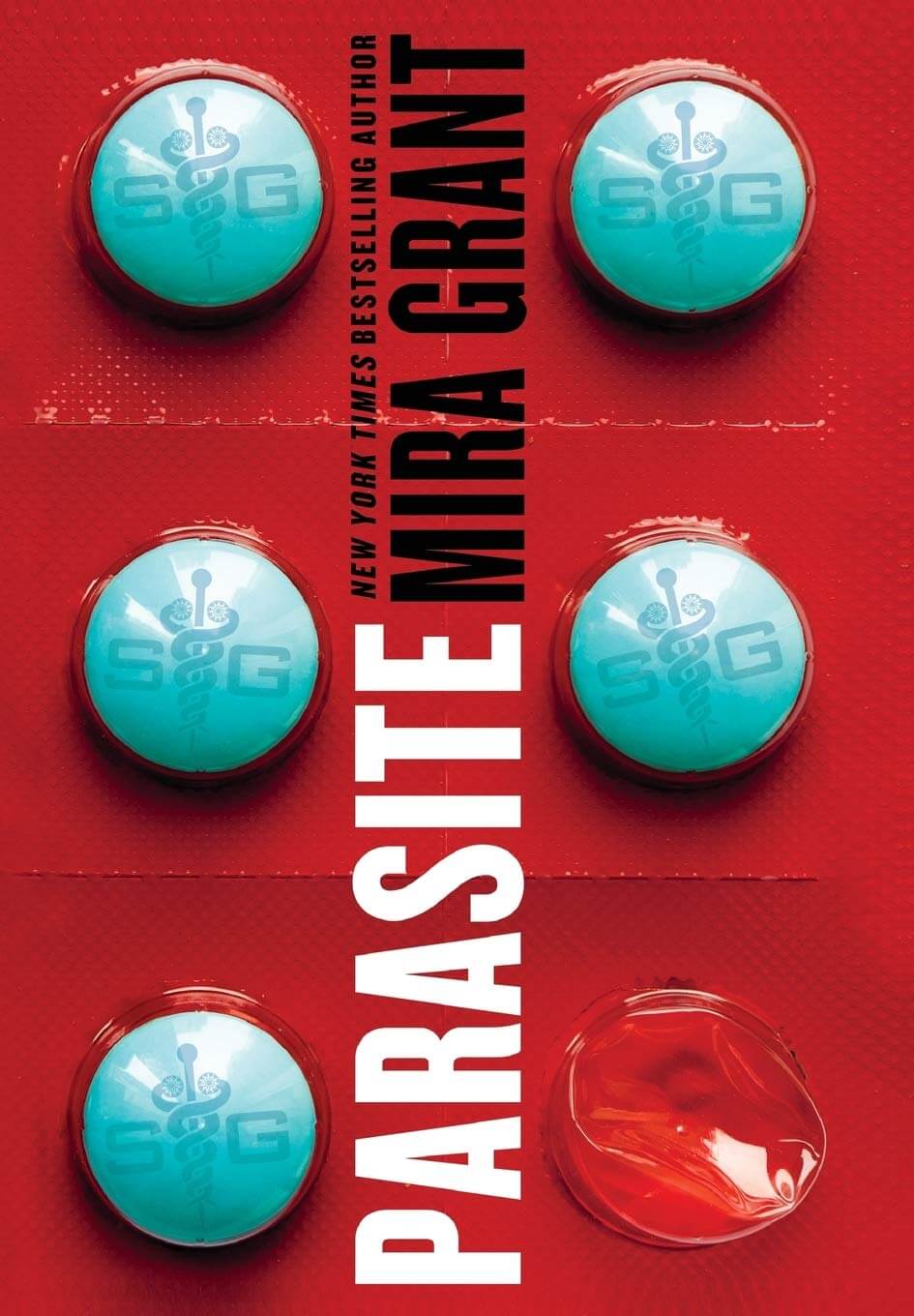 Good health is owed to a humble parasite, a genetically engineered tapeworm developed by the pioneering SymboGen Corporation. When implanted, the Intestinal Bodyguard worm protects from illness and boosts our immune system. But the parasites are getting restless. They want their own lives, and they do anything to get it.