If you can’t get enough of the You series, you’re in luck. With the release of the latest installment of the trilogy, along with these other picks, you’ll be scared for life! We’ve selected some obsessive reads that will keep you intrigued long after the Netflix binge. 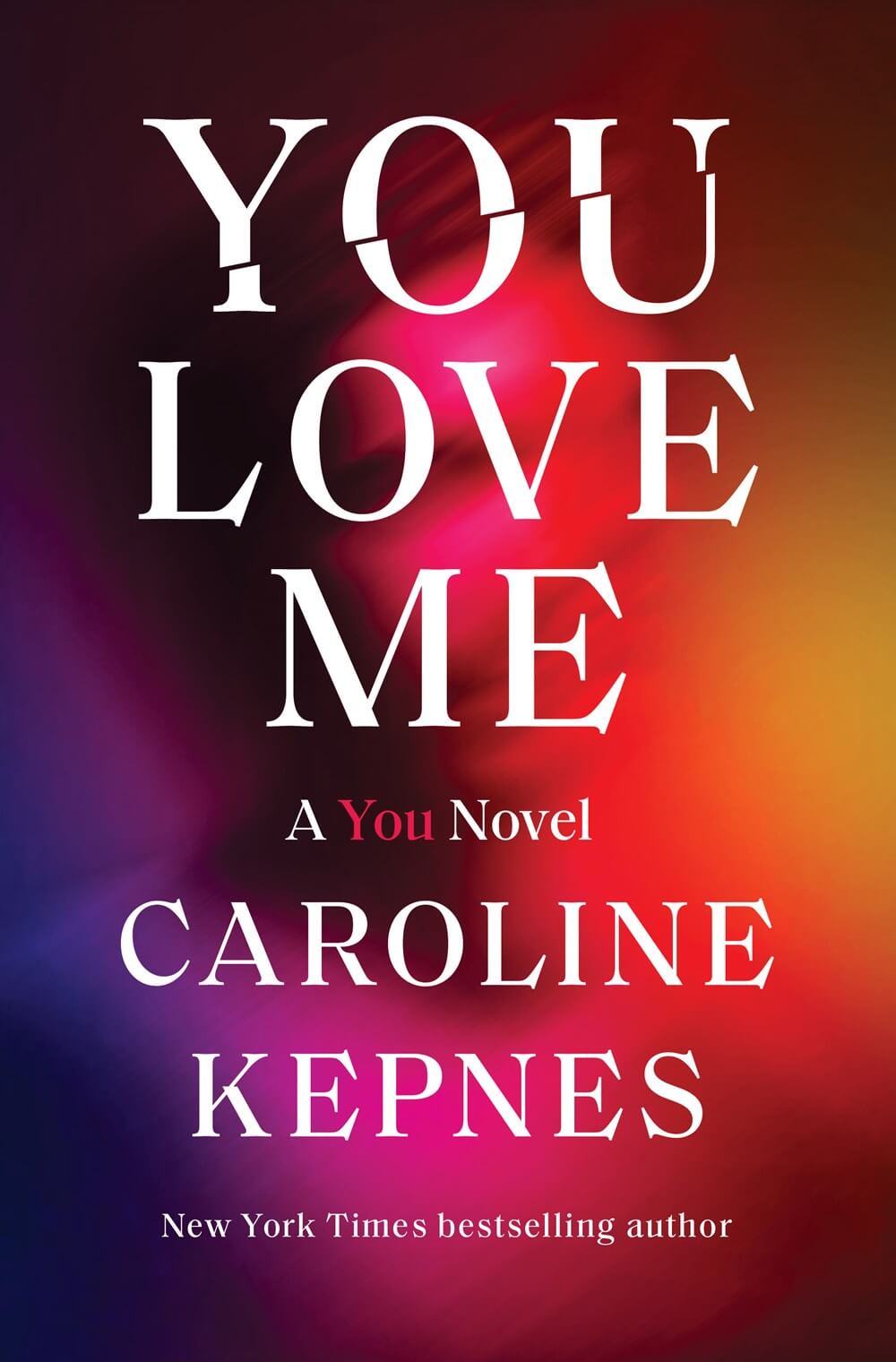 Joe has had enough of the big city life. In an effort to start over with a clean slate, he decides to relocate to the Pacific Northwest where he can truly begin again. Landing a job at the local library is just what he needs to stay out of trouble…temporarily. As soon as he sets his sights on librarian Mary Kay DiMarco, it’s all over. He knows she’s the one for him; all he has to do is convince her. However, as a busy working mother, dating Joe is not on her agenda. Joe’s patience starts to wear thin because he just knows that they are meant to be, and he won’t give up until she gives in. 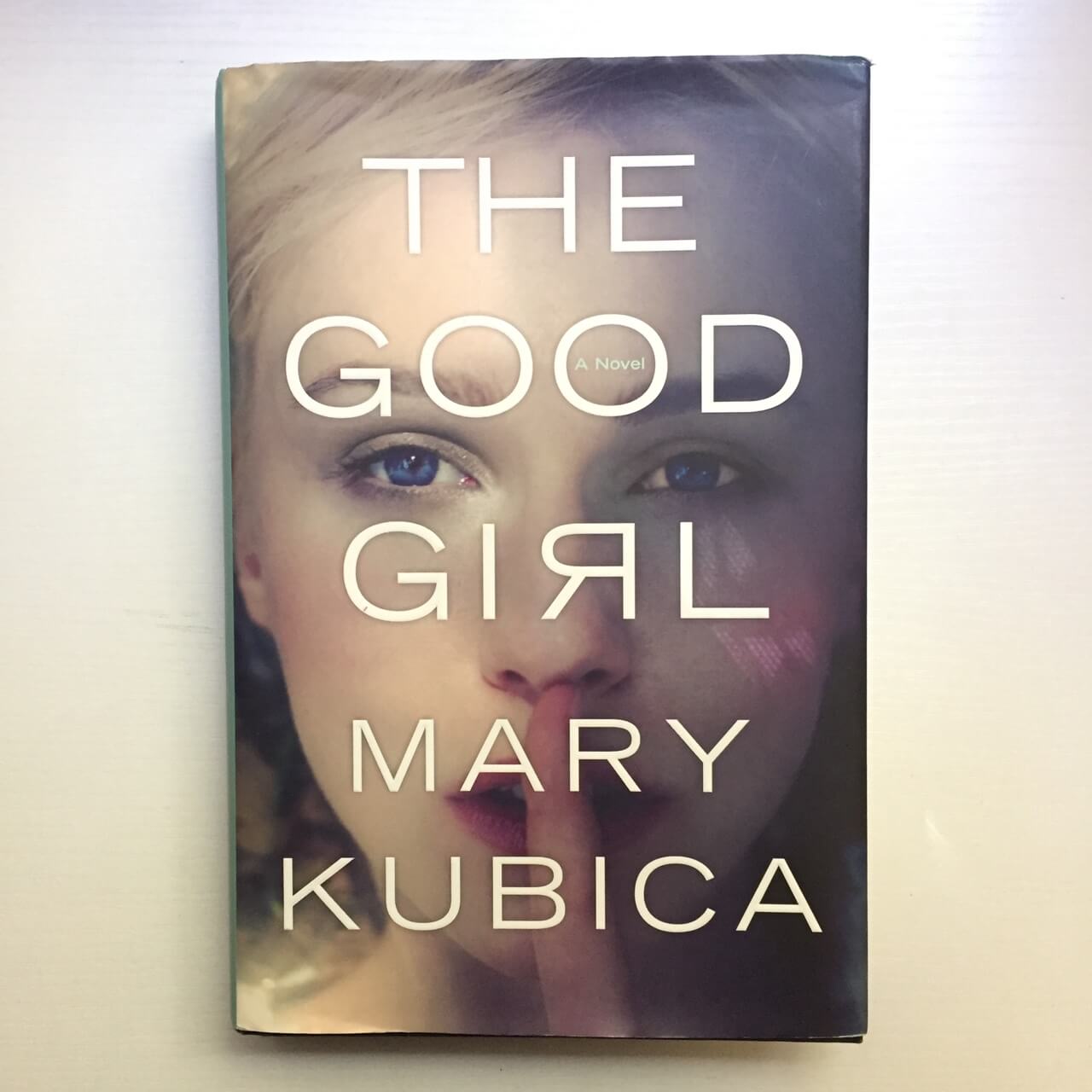 The Good Girl by Mary Kubica

When Mia gets stood up by the guy she’s been dating, she decides to have a little fun with a seemingly harmless stranger. Colin Thatcher appeared to be the perfect candidate for a one-night stand, but she had never been more wrong about anything in her life. In the blink of an eye, Mia vanished and has been kidnapped by Colin, stashed away in a cabin in the middle-of-nowhere Minnesota. As Mia’s mom and detective Hoffman work tirelessly to find her, deep dark family secrets start to bubble to the surface along the way. With terrifying twists and turns, this page turner will leave you on the edge of your seat. 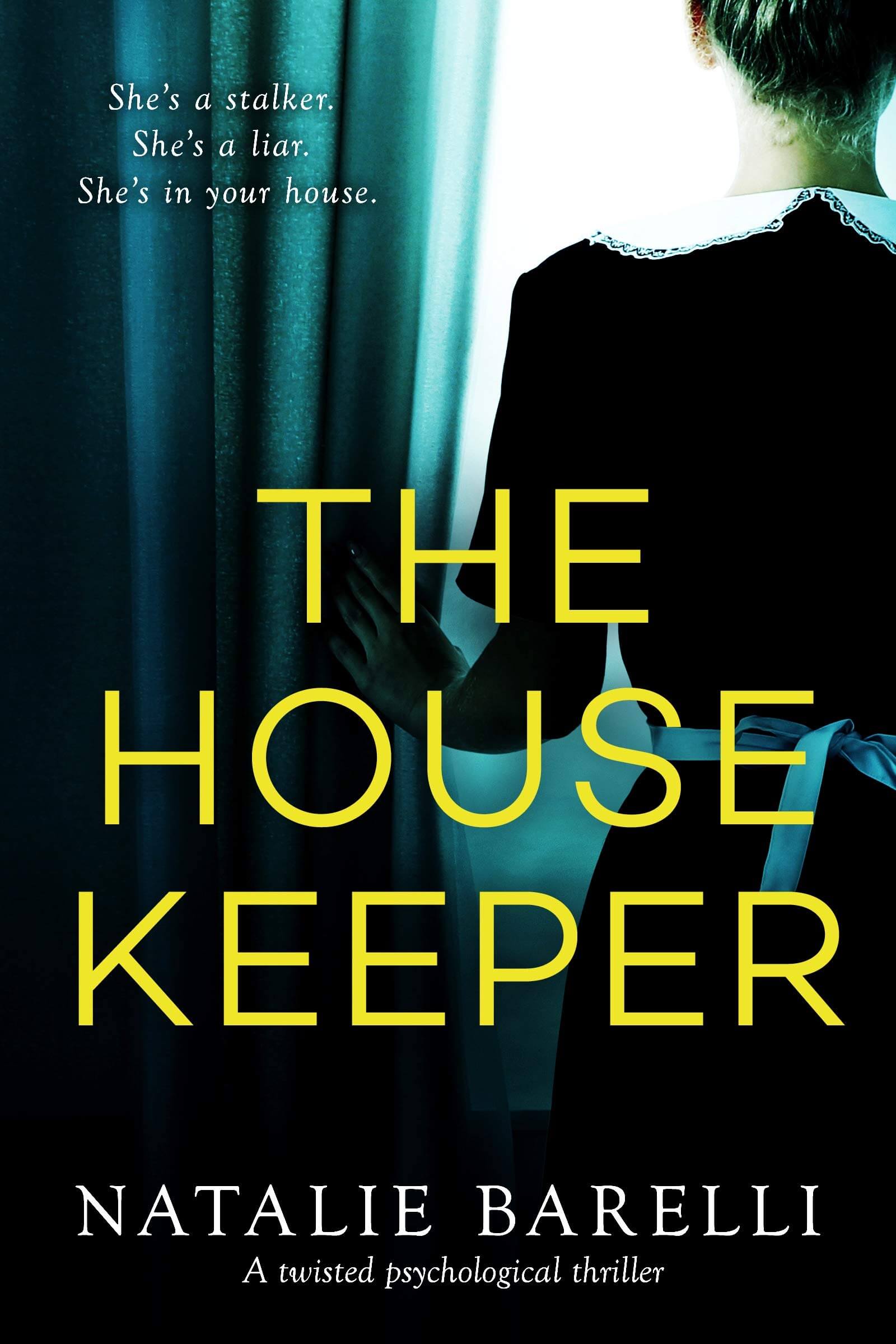 The Housekeeper by Natalie Barelli

Some wounds never heal, and when Claire spots Hannah for the first time in years, she is reminded of just how sharp that knife was that stabbed her in the back. Even though a decade has passed, Claire has been tortured by the life that Hannah stole from her. As Hannah lives the charmed life with a doting husband along with an excess flow of cash, Claire has let herself go, turning into someone unrecognizable. Ironically, that works in her favor when she accepts a job as Hannah’s housekeeper to plot the perfect revenge. But when hidden secrets start to surface, Claire is the one in for a surprise. 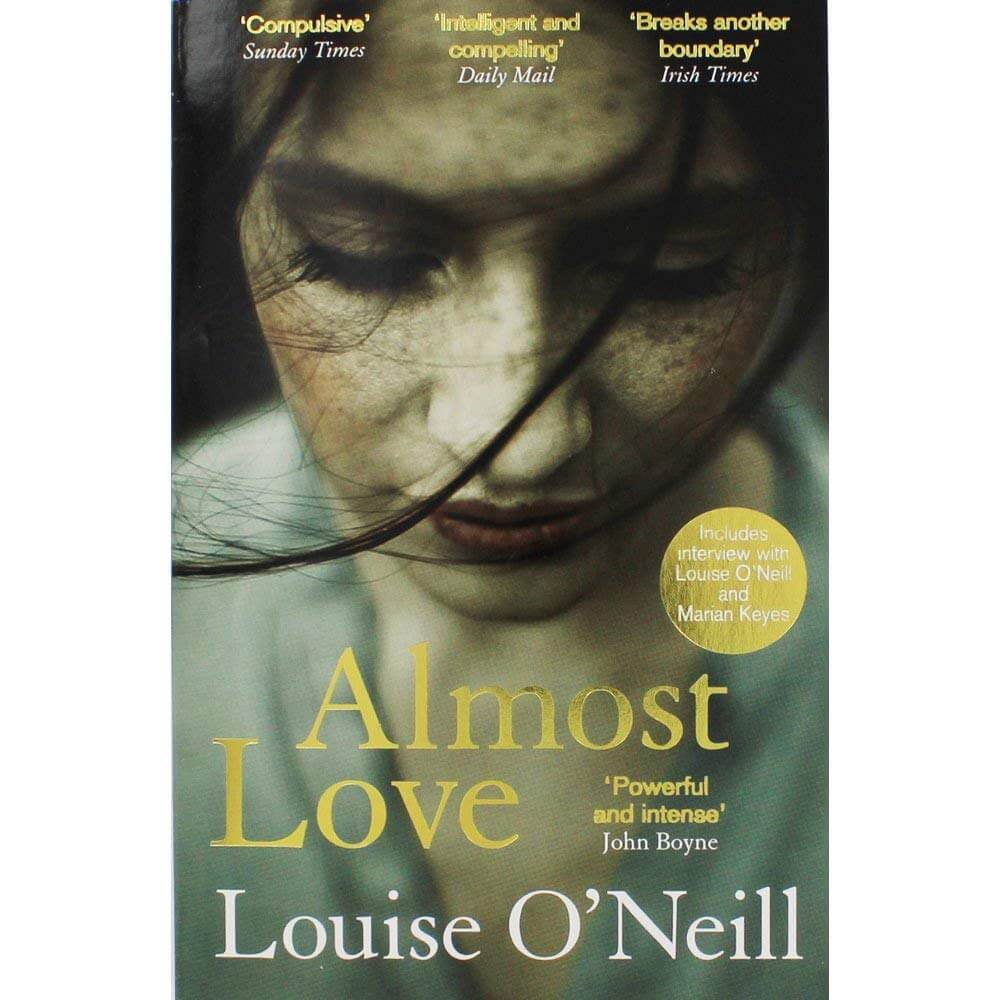 Sarah is head-over-heels in love with Matthew. In fact, some say she is borderline obsessed with him. With Matthew being twenty years her senior and never taking her out in public, her infatuation with this relationship is starting to worry her friends. Her father is equally concerned and feels like she’s being used. On top of that, she’s given up everything to be with him and is even at risk of losing her job. Even with all the waving red flags, Sarah just can’t help herself. There is nothing she won’t do to keep Matthew interested, even if that means walking away from everyone else in her life. 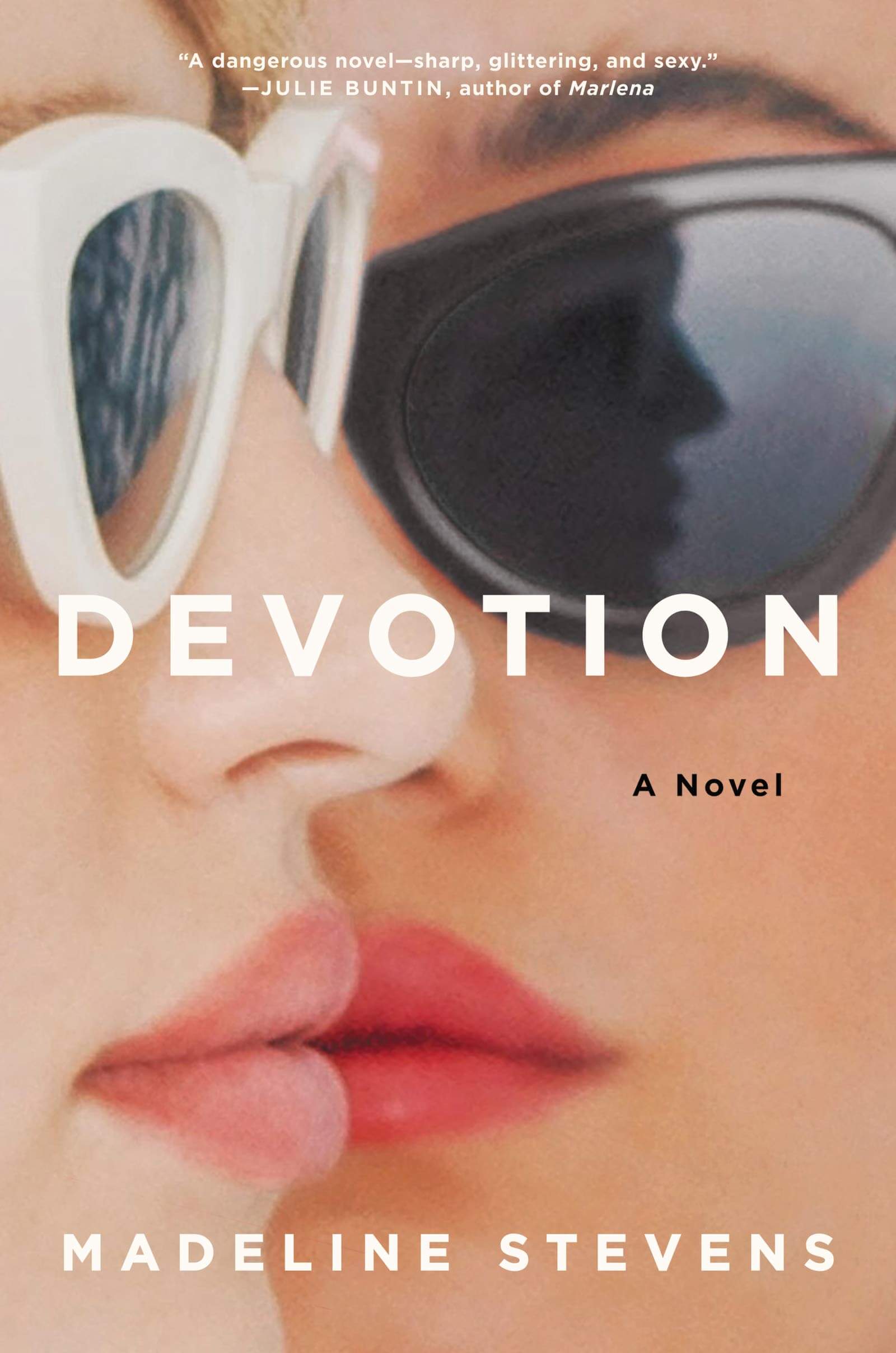 Ella is just trying to survive in New York, sipping on cheap coffee and going on dates just to get a free dinner. Out of nowhere, her luck changes when power couple James and Lonnie ask her to be their nanny. From rags to riches, Ella is now living the good life in a beautiful brownstone. As Ella’s affection for her new life grows, so does her desire to get to get close to Lonnie. Other than their age, the ladies really have nothing else in common, but Ella’s infatuation starts to spiral out of control. This tangled tale of privilege versus poverty will take the reader through blurred lines of friendship, obsession, and desire. 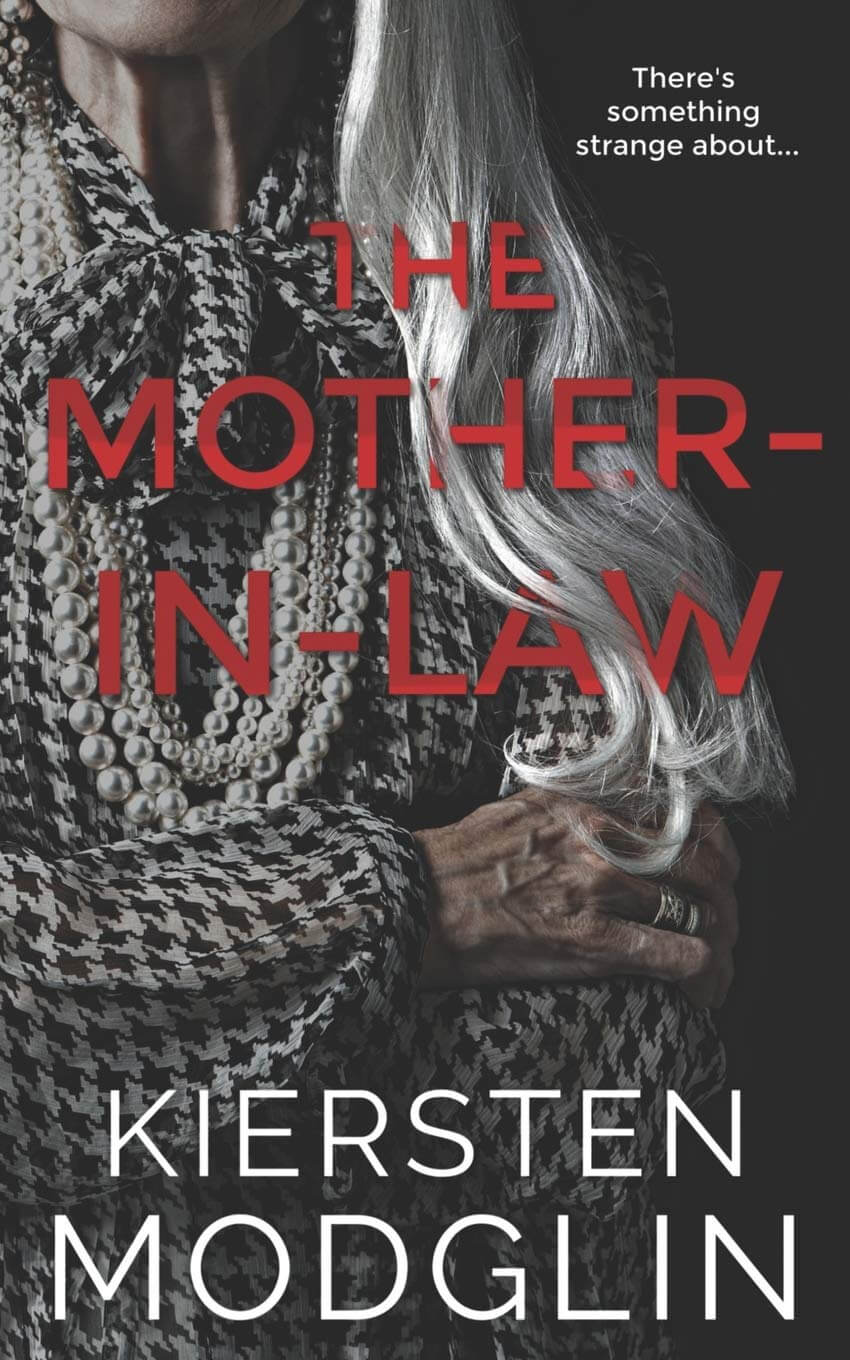 The Mother-in-Law by Kiersten Modglin

Loren is sure that she has found the man of her dreams. Not only is Jack a devoted husband, but he’s also a doting father to daughter. As the newlyweds start to figure out their future together, plans quickly get derailed when they receive news that Jack’s father has passed away. To help ease the burden on Jack’s mother, they invite Coralee to stay with them for a bit. Shortly after she arrives, Coralee begins to wreak havoc on their relationship, causing the honeymoon phase to end before it even had a chance to begin. Loren is determined to get rid of this houseguest…but what else will she lose along the way? 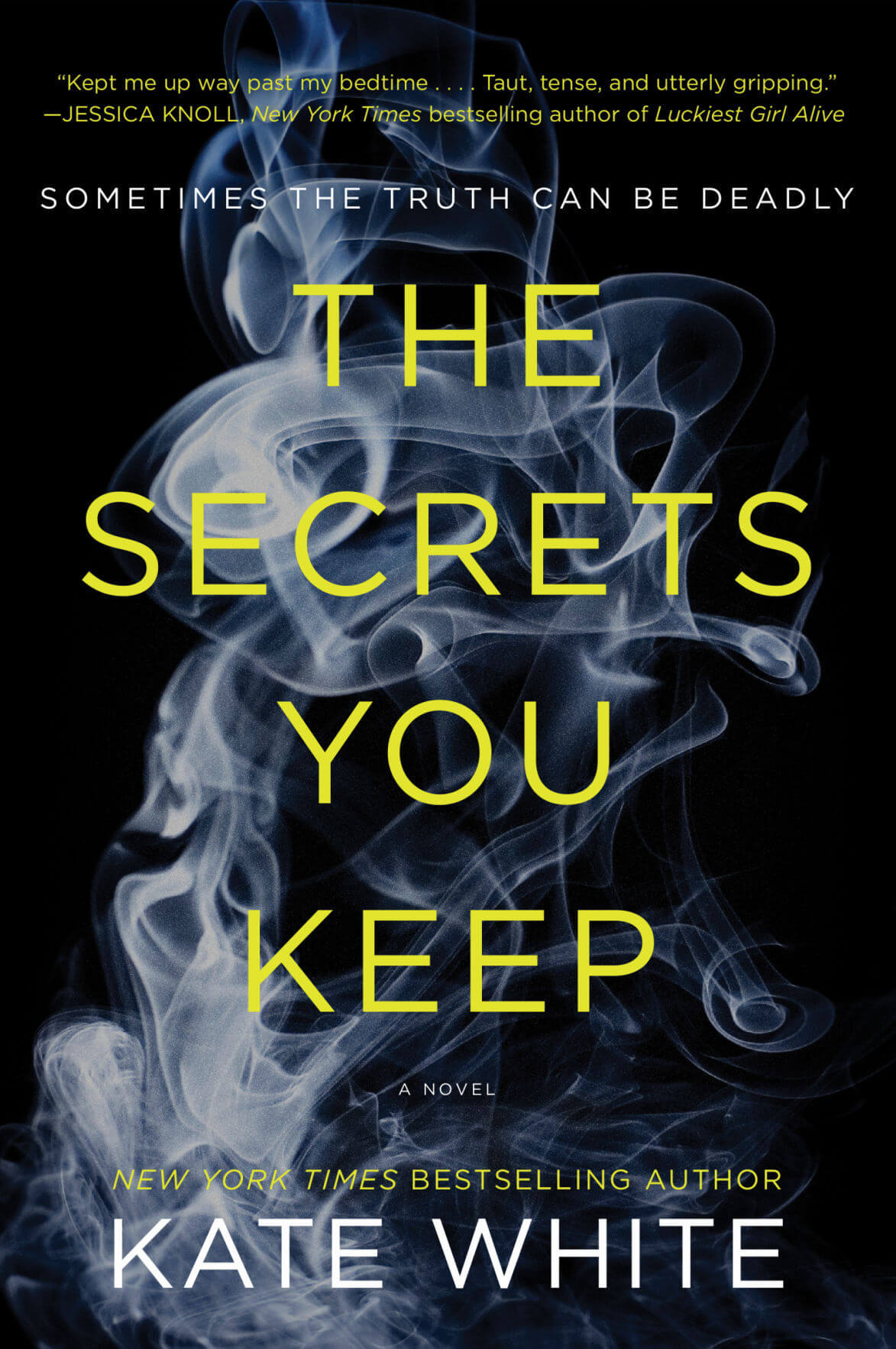 The Secrets You Keep by Kate White

Although Bryn has recently survived a severe car accident, she is still plagued by sleepless nights filled with horrifying nightmares. Beyond just the disturbing dreams, she can’t help but feel that these visions are trying to tell her something. As she tries to move forward, she takes two steps back when she her husband’s behavior shifts from supportive to ambiguous. Just when she thought things couldn’t get any worse, a woman in their small circle is murdered. Something sinister is going on and Bryn is determined to get to the bottom of it, no matter how dangerous it is. 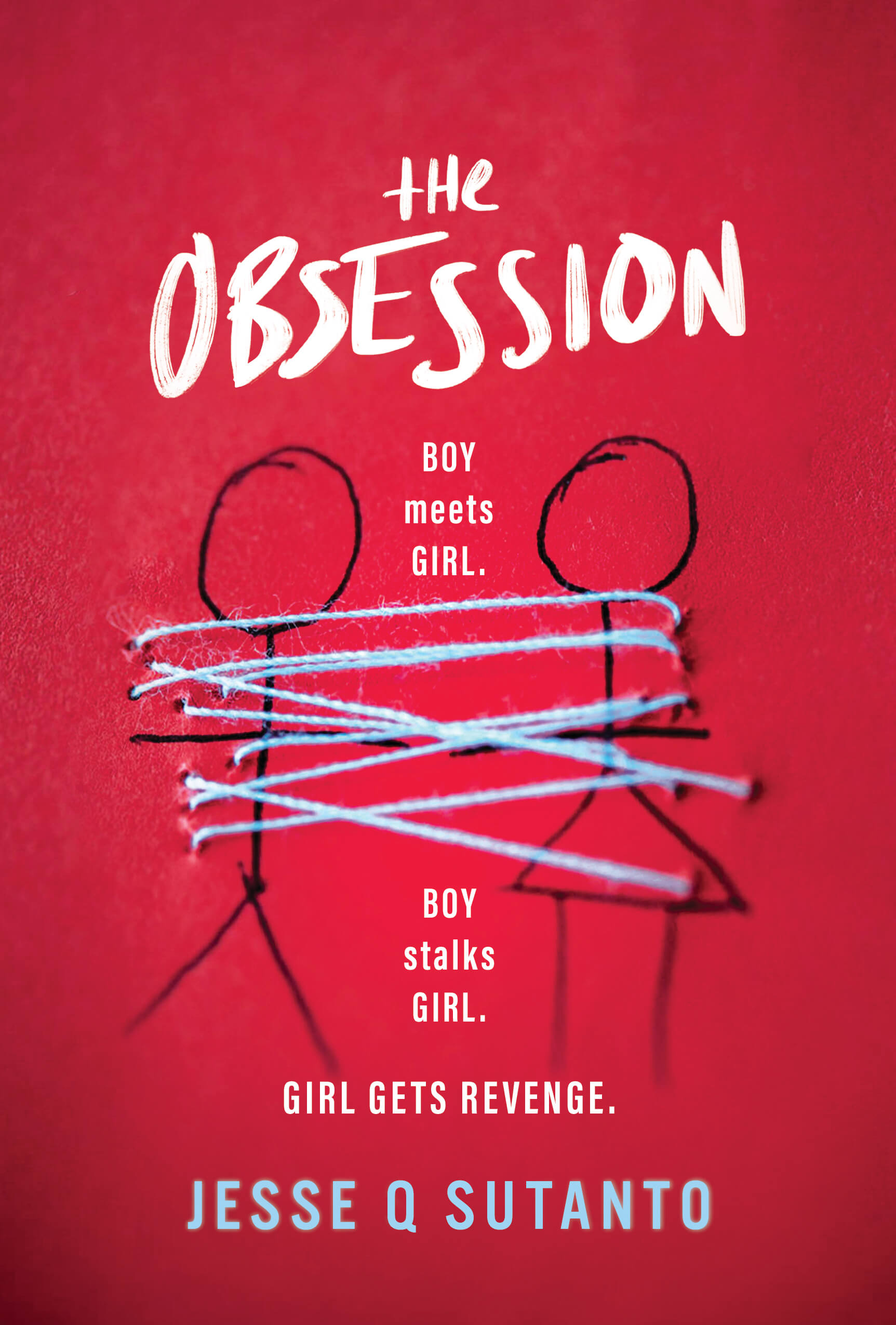 The Obsession by Jesse Q. Sutanto

On the outside, Delilah looks sweet and innocent, but things aren’t always what they seem. Logan thinks he knows everything about her…and why wouldn’t he? With the secret camera he installed to watch her every move along with relentlessly trolling her social media, he’s always one step ahead of her. But when Logan captures Delilah commit murder on camera, the game changes. Delilah finally feels free that she got rid of her abusive stepfather once and for all, but Logan just can’t let it go. This picture-perfect vision of Delilah has been shattered and what comes next will leave the reader shook. 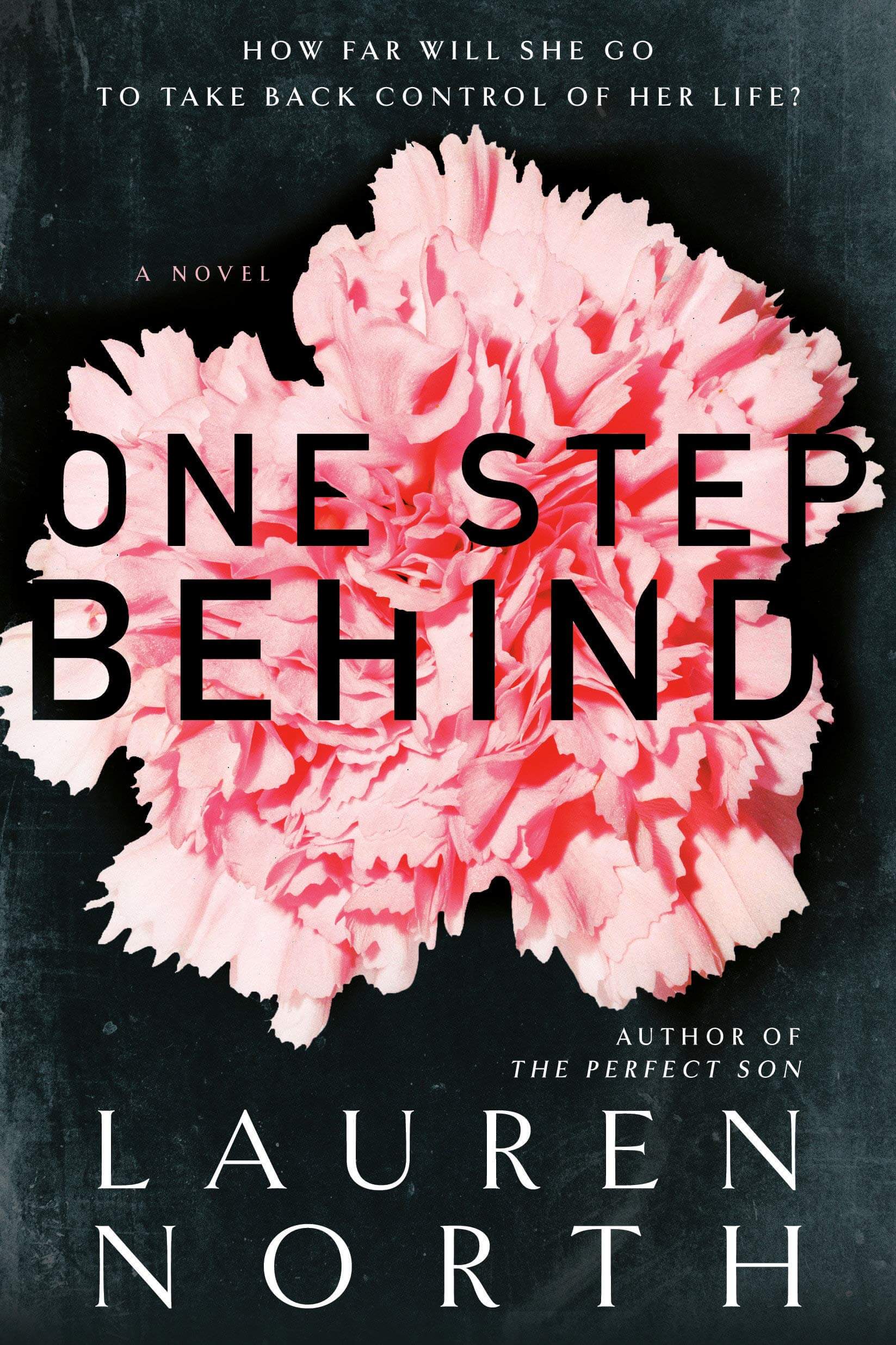 One Step Behind by Lauren North

Jenna spends her days at the hospital working as a successful doctor and her nights at home caring for her family. Her life is almost perfect, except that she has a stalker that leaves unwanted surprises outside of her door and is always lurking around the neighborhood. When her home gets broken into, she calls the police, only to be disappointed in their inability to help. She feels powerless until she ends up being the one to treat him after he’s been in a tragic accident. While he’s in a coma, the tables turn, and Jenna becomes obsessed with his life. When the prey becomes the hunter, anything can happen. 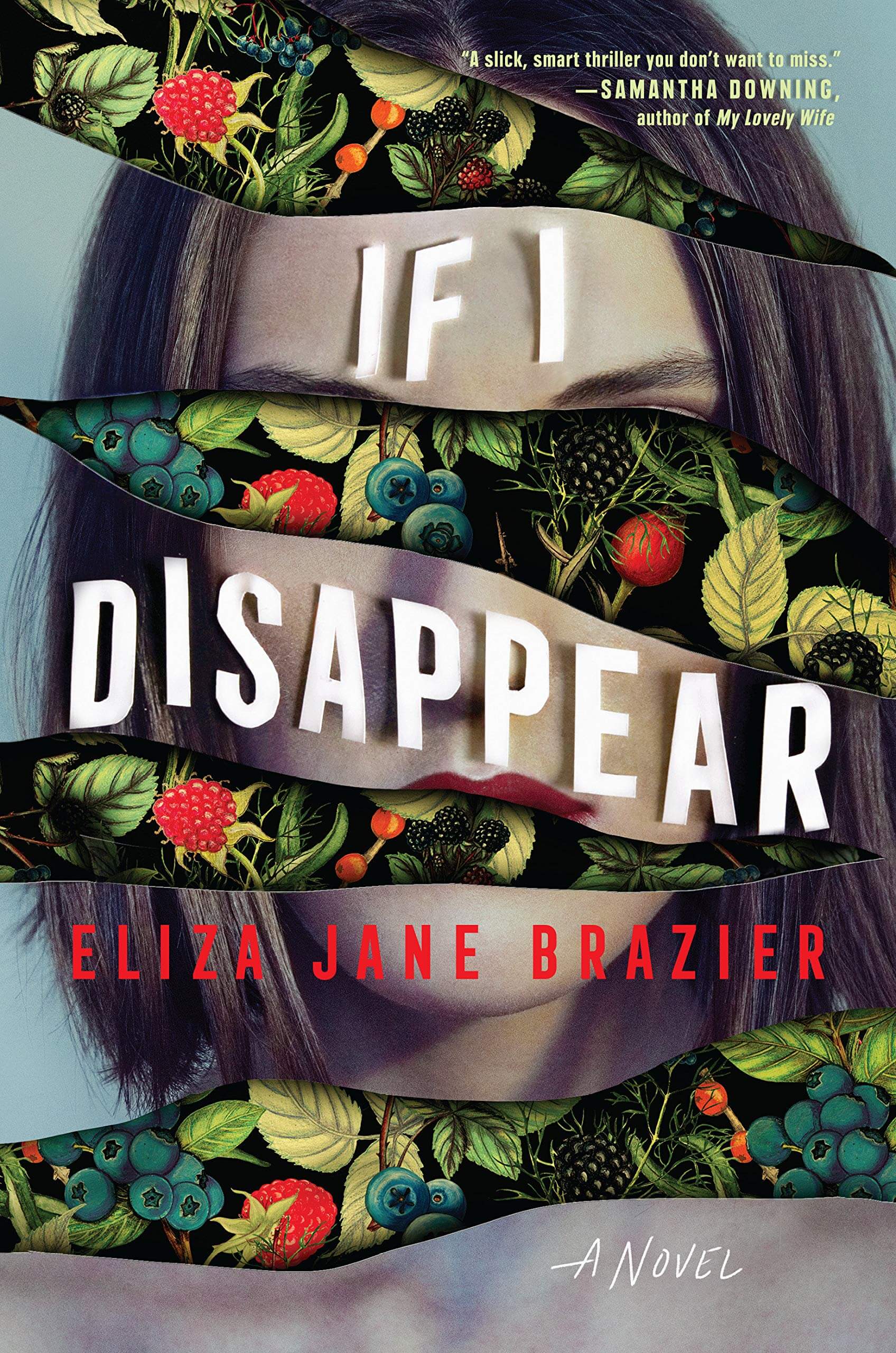 If I Disappear by Eliza Jane Brazier

Sera’s guilty pleasure is listening to podcasts about true crime. She can’t help but be fascinated by all of the stories covering women who just disappear into thin air. Beyond that, she believes that her affinity for these stories is really trying to tell her something more, possibly even setting her up for something bigger. So, when the host of the show goes missing, Sera feels prepared to go looking for her. As she explores foreign territory, Sera soon learns that she’s in over her head and quickly finds herself as the subject of the next mystery. Be careful what you wish for because you just might get it.