Traditionally when someone mentions romance novels, fairytales and passionate embraces may come to mind. And, while the cross-genre historical romance will have its fair share of love to go around, adding history and fiction to the mix transports readers to an entirely different era of love filled with duchesses, castles and medieval times.

Whether you are new to the genre or familiar, we’ve rounded up 10 of the best historical romance novels so, snuggle up with a cozy fleece blanket, and dive into this powerful cross-genre combination that is sure to have you falling for the characters and the genre. 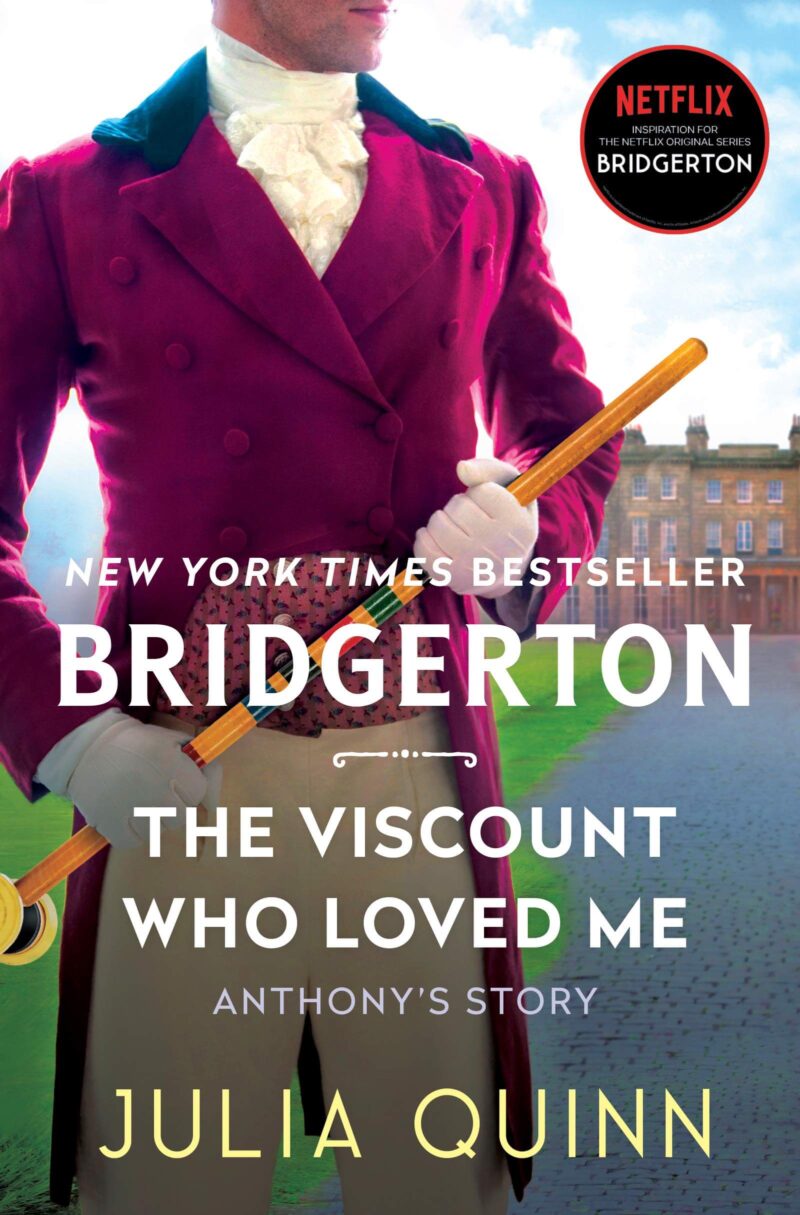 The Viscount Who Loved Me: Bridgerton by Julia Quinn

1814 promises to be another eventful season in the world of Bridgerton. Yet, for Anthony Bridgerton, London’s most elusive bachelor, that may not be the case. Anthony has shown little indication that he intends to take a wife. He is having too much fun wreaking havoc, partying, and being an all-around rake — or so the gossip column assumes. Anthony, in fact, has chosen a bride. One, he plans to marry as soon as he overcomes one major obstacle, also known as her older sister Kate Sheffield. Kate is a firm believer that womanizing men rarely change, and Anthony Bridgerton could be no different. Yet little do they both know that the more they pull away from one another, the closer they become.

Here are 10 historical steamy romance reads if you love Bridgerton>> 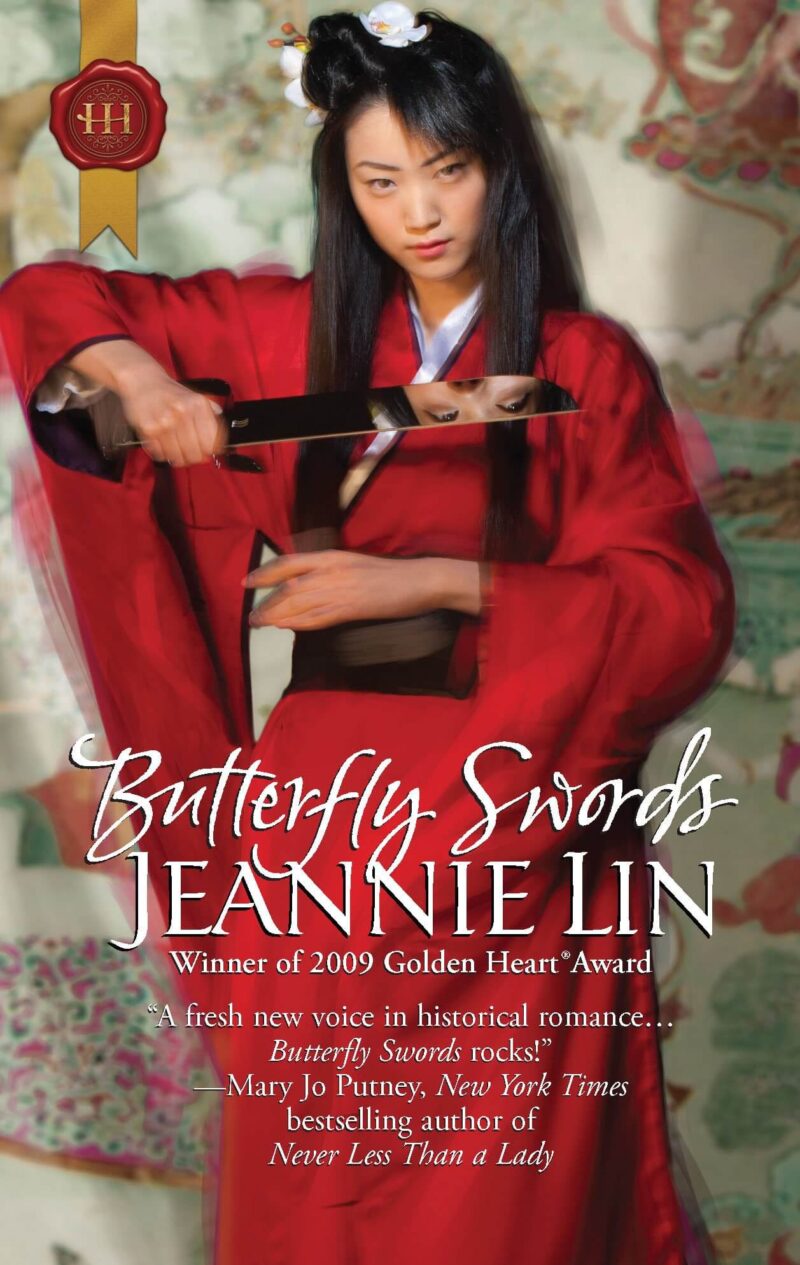 Princess Ai Li just left her wedding day—without her husband to be. Set in 8th-century China, Ai Li runs away from what she feels will bring dishonor and destruction to her family. Then, she is betrayed and attacked by the same people who she trusted to create a ruse and get her home. As the only daughter in a family of warriors, she uses butterfly swords to break free. When all seems to be lost, she finds help from a yellow-haired foreigner named Ryam.

After Ryam helps Ai Li fight off her attackers, she hires him to protect her as she makes her way back to the city. As the two make their way across hostile territory, he easily becomes enamored by her beauty while she grows amazed at his ability to listen to what she has to say. This is an epic tale of love, warriors, princesses, and foreigners in an exotic ancient land. 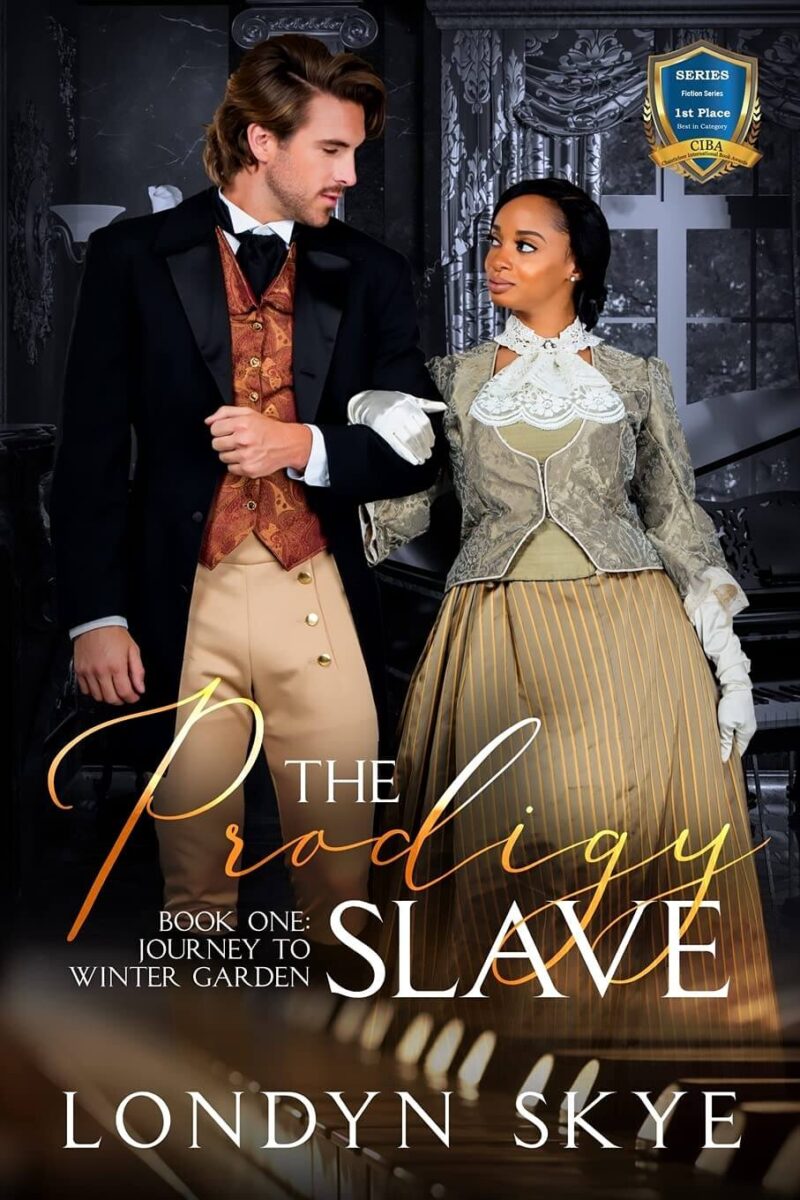 The Prodigy Slave, Book One: Journey to Winter Garden by Londyn Skye

Sold into slavery by her father at age 10, Lily quickly adapts to her life at her new master’s home. To find solace in a foreign land, she secretly learns to play the piano, an item slaves are not allowed to touch. Although Lily is now a slave, she is not without friends, one being her master’s son, James.

Yet 14 years later, James discovers her talents, and with much confusion from Lily, he threatens to punish her for her actions. But little does she know that his punishment will change her life. She will soon discover love, freedom from the bonds of slavery, and a reunion with her long-lost mother. 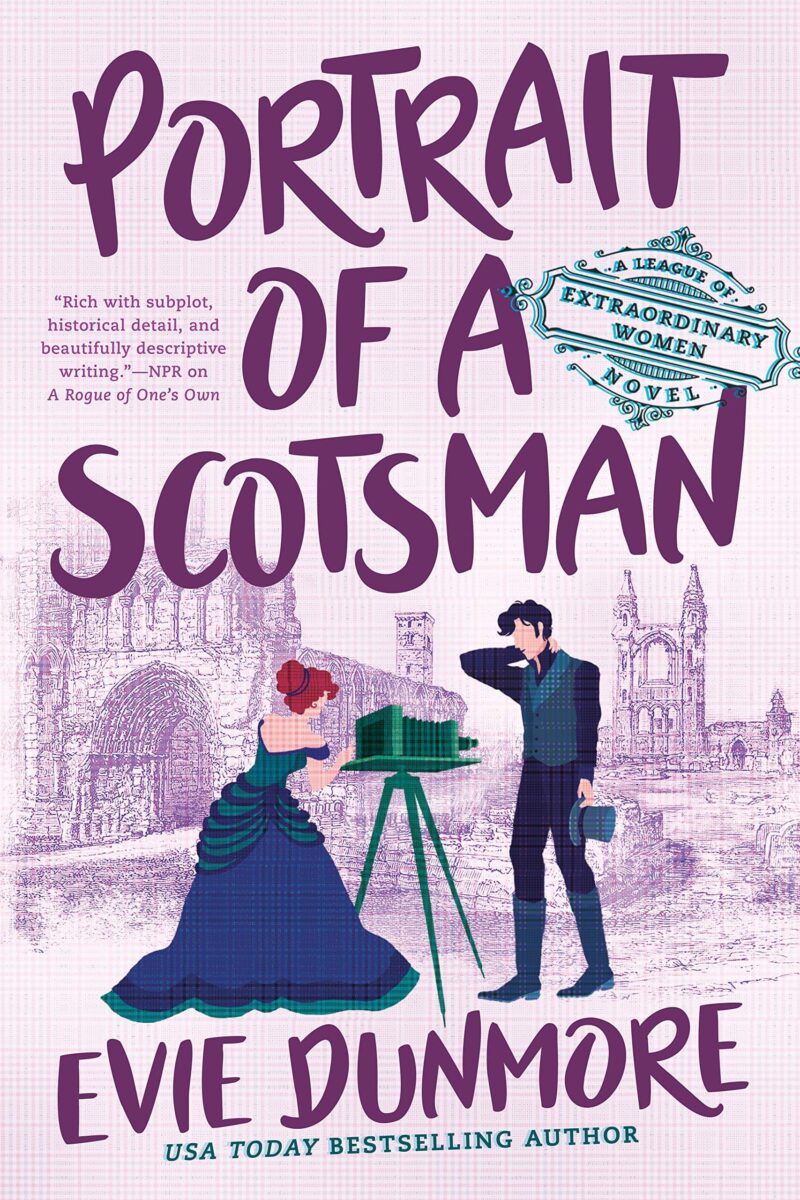 Hattie Greenfield, an Oxford scholar and banking heiress, desires to be married to a humble, kind and gentle lord. Why is it then that she finds herself at the altar with a dark and brooding financier, Lucian Blackstone? A beast to her beauty, Lucian isn’t fully accepted by society’s upper-class due to his lower status, rough upbringing and notoriety for ruining men in debt. Driven by his desire to gain power and retaliation from an old friend, Lucian uses his newfound marriage to the heiress to his advantage. That is until her romantic notions and bewitching behavior consumes him to the point of no return. 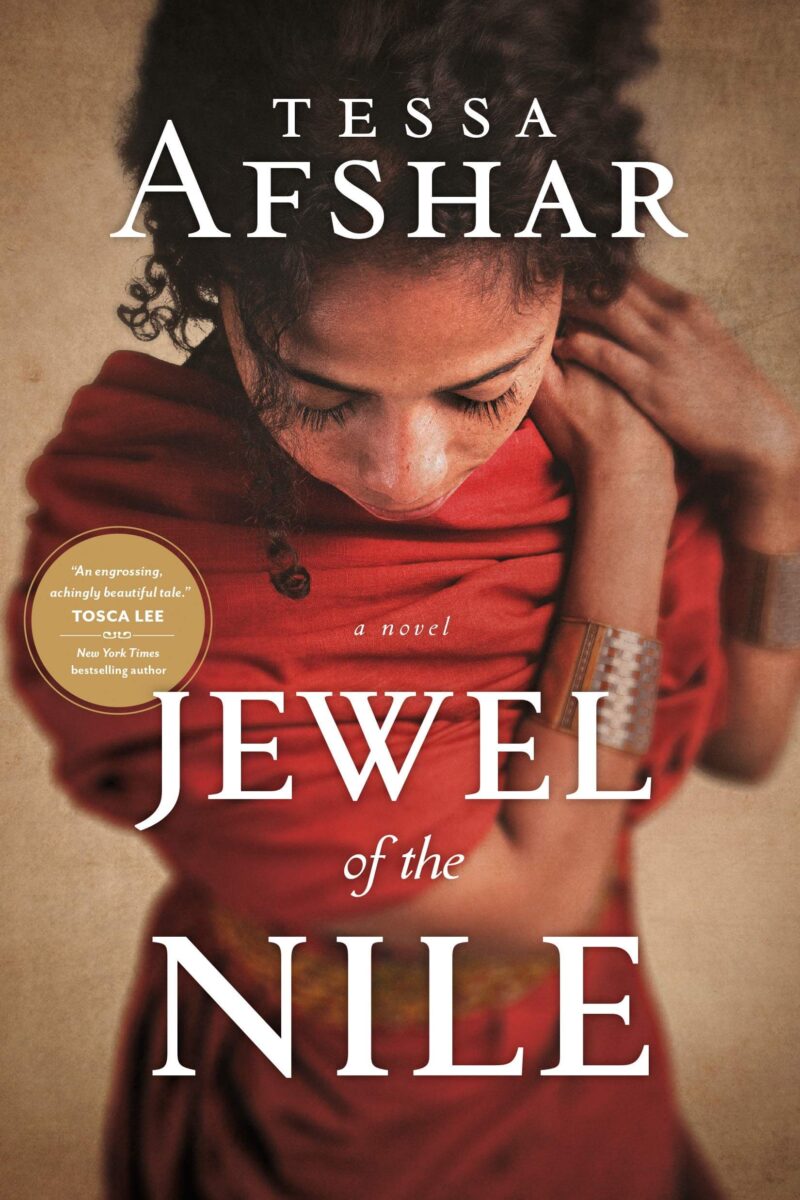 Jewel of the Nile by Tessa Afshar

The first-century CE finds mixed-raced Chariline, the granddaughter of a Roman official, on a quest to find the truth. She knows her dark skin is from her father, who was a Cushite that defied his queen to marry her mother. Growing up, her skin marked her as an outsider in both the Kingdom of Cush and the Roman Empire.

Overhearing that her father is alive, Chariline becomes a stowaway on Theo’s merchant ship. With little to go on, she heads to Rome in search of answers. When Theo sees Chariline, his instincts tell him to kick her off his boat. Yet after listening to her story, he knows he will protect her as they uncover the truth while trying to ignore the growing need inside of him. 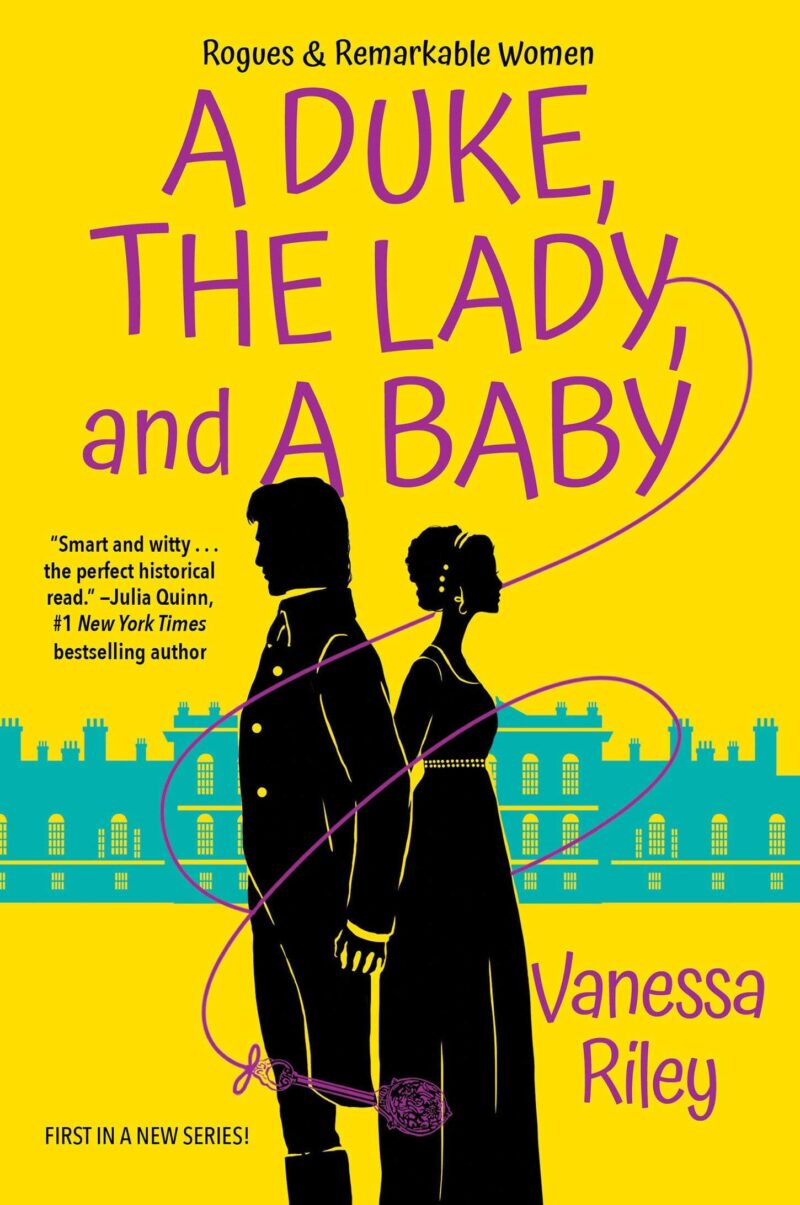 A Duke, the Lady, and a Baby: A Multi-Cultural Historical Regency Romance by Vanessa Riley

Vanessa Riley’s multicultural historical romance introduces Patience Amelia Jordan, West Indian heiress and former Duchess of Repington. When her husband Colin commits suicide, she questions whether or not the act was true, but her quests land her falsely imprisoned by Colin’s uncle.

Now, to be near her newborn son, Lionel, she must disguise herself as a groom and eventually a nanny. At the same time, she continues to seek evidence about the truth behind Colin’s mysterious death. Then her husband’s replacement, Duke Busick Strathmore, shows up and becomes Lionel’s guardian allowing Amelia and the Duke to grow closer each day. But will the trust and connection they build be enough to withstand the obstacles and enemies lying in wait. 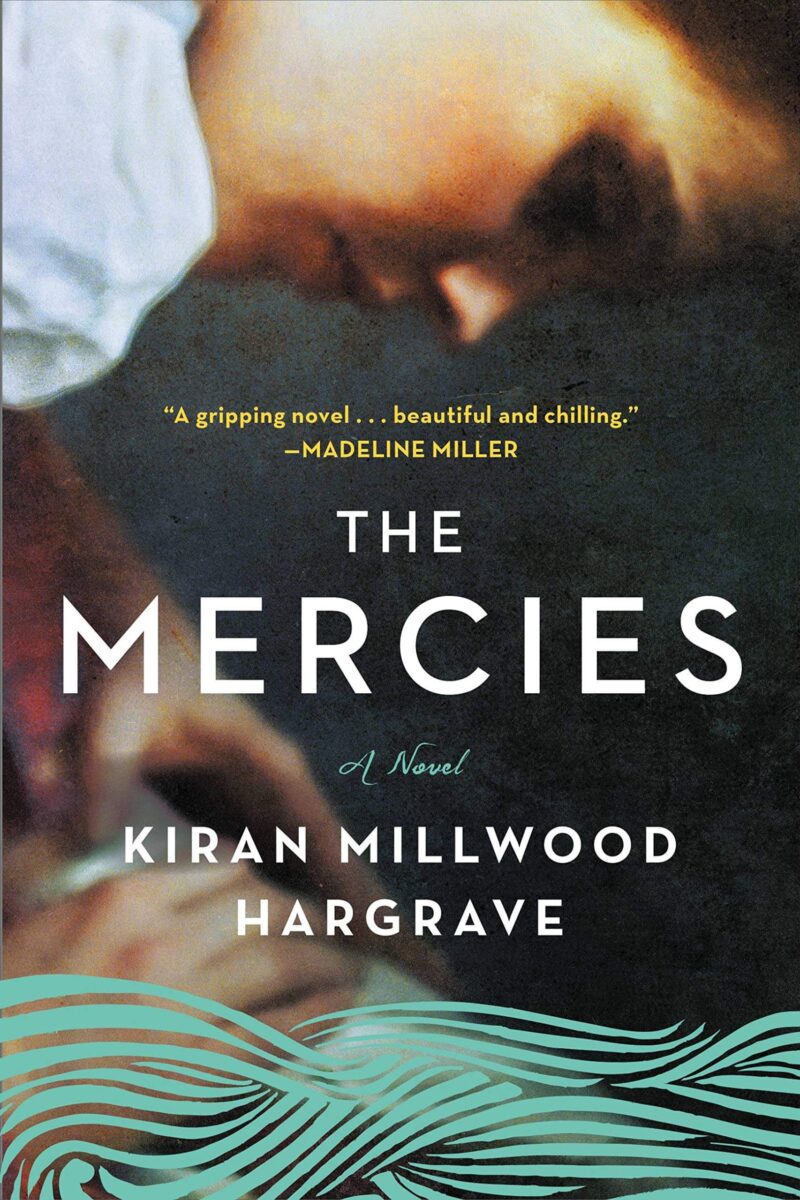 The Mercies by Kiran Millwood Hargrave

It’s 1617 in Finnick, Norway. A storm just blew in, wiping out the entire male population of Vardø. Now the island is left with only women. Young Maren Magnusdatter acts quickly after the fact. She begins the duties of fishing, burying the dead, butchering meat, and any other duties the men usually would. After three years go by, they finally receive a visitor.

Local authorities send in Commissioner Absalom Cornet, a known destroyer of witches. When Cornet arrives in town, he brings with him his young wife Ursa. When Maren and Ursa meet the two develop closer in a way that surprises them both. Their connection intensifies and becomes bound up with loneliness, loss, and desire. At the same time, the Commissioner begins arresting Vardø’s women and sending them to burn at the stake. It’s only a matter of time before his attention turns to Maren and Ursa. 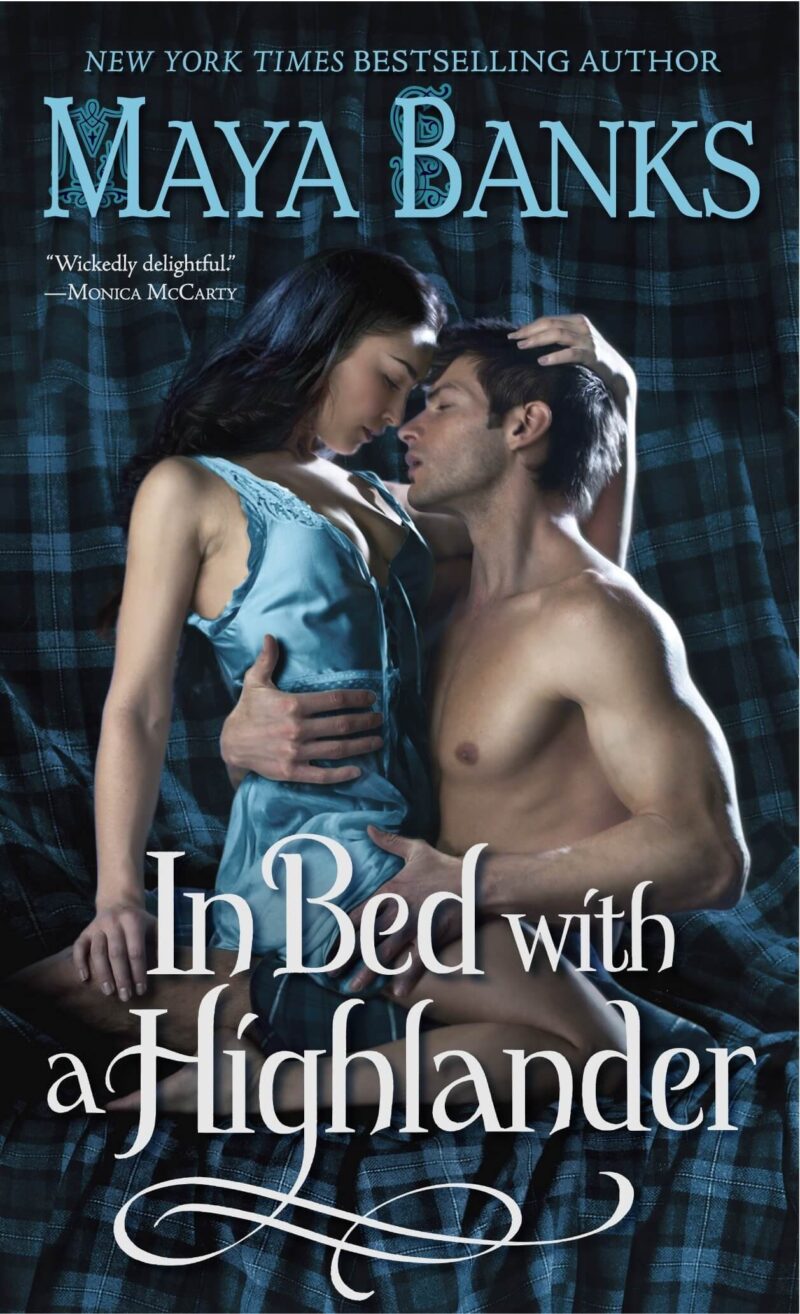 In Bed With a Highlander by Maya Banks

Scottish warrior Ewan McCabe has one intended goal: to destroy his enemies. The battle is ready to be fought, and Ewan couldn’t be more prepared to reclaim what was once his. When he has no choice but to take a bride, Mairin, the illegitimate daughter of the king, he is unsure of how to handle her. With his focus on revenge, love becomes a foreign concept to Ewan. For Mairin, being a prized possession makes her wary of love and of trusting a man with her heart. As their attraction towards one another grows, will the two accept the challenges this new union brings, or will Ewan let his desires for war and bloodshed destroy his chances for salvation? 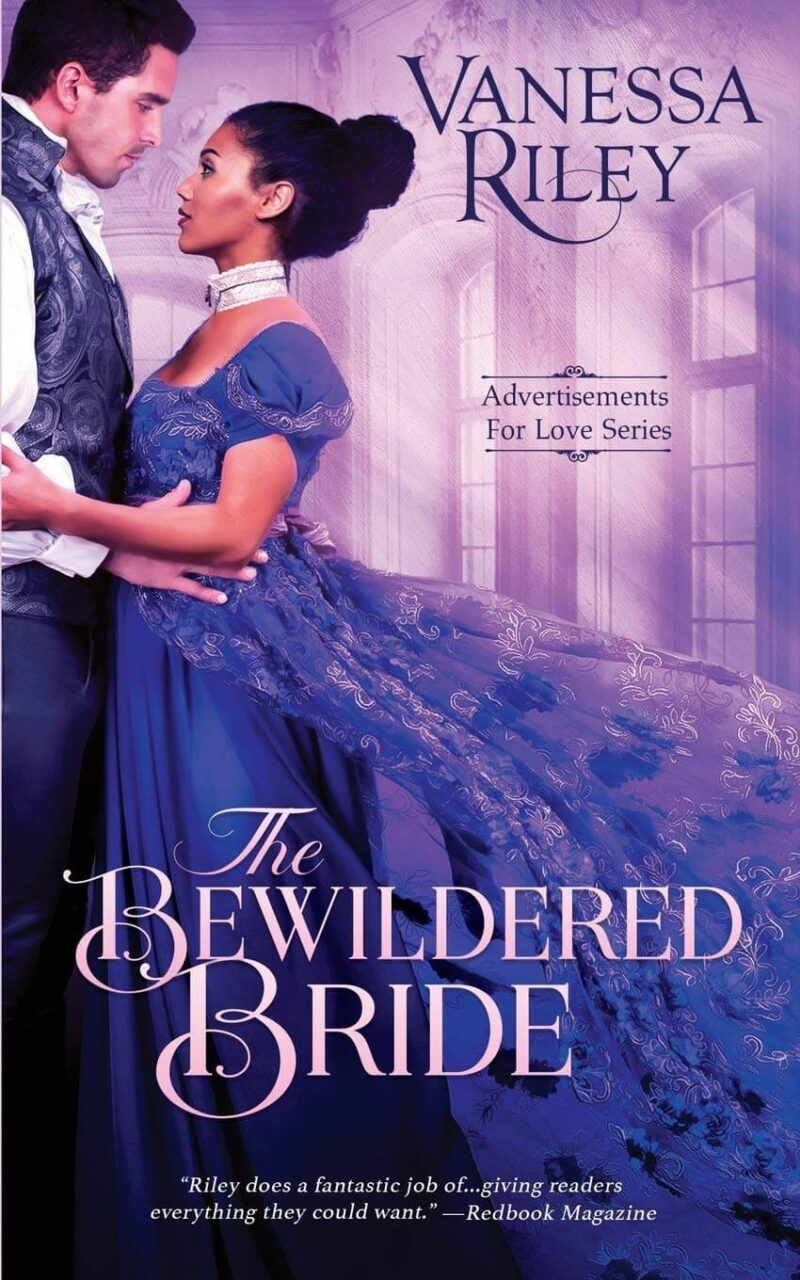 The Bewildered Bride by Vanessa Riley

In 1818, Ruth Croome and Adam Wilky elope without the knowledge or approval of their families. Ruth, a Blackamoor heiress and the daughter of a successful, wealthy tradesman, has a short honeymoon. It took less than five days after their vows for their carriage to end in an attack by henchmen and for Ruth to wake up thinking she’s a widow. Meanwhile, the men who beat up Adam force him into the navy for four years.

When Adam returns ready to claim his wife, he also discovers his son in the process. But will Ruth forgive Adam for his lies and secrets and hidden identity after so many years? 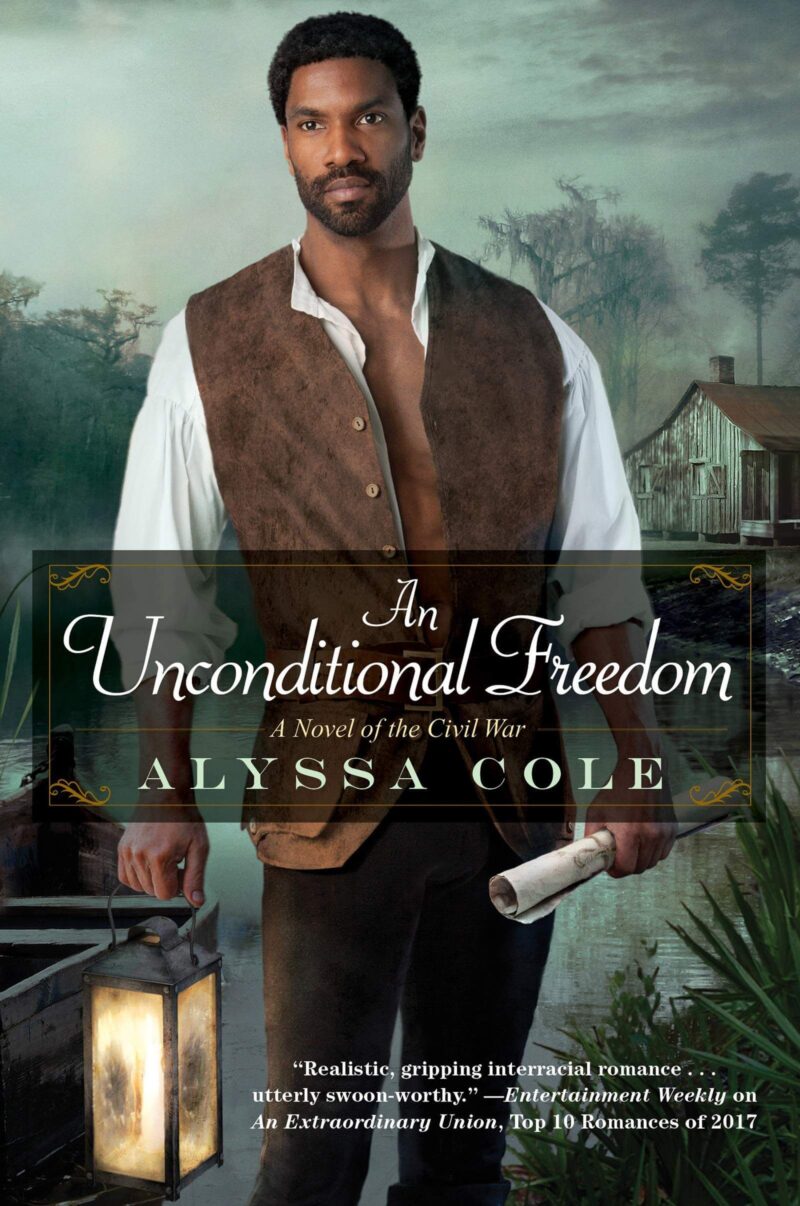 An Unconditional Freedom: An Epic Love Story of the Civil War by Alyssa Cole

Daniel Cumberland, a freeman from Massachusetts, and Janeta Sanchez, the daughter of a Cuban plantation owner, could not have joined the Loyal League for more different reasons. Daniel, whose education and professional status couldn’t protect him from being kidnapped and sold into slavery, uses the League to quench his thirst for vengeance. His target is the League itself, specifically towards the Sons of the Confederacy organization. Janeta is looking for ways to gain her father’s freedom after Yankee soldiers imprison him and take over her home. Her only option was to join the League as a spy.

When Daniel lays eyes on the recruit, he acknowledges the spark that allows him to feel something other than anger. The forbidden attraction faced in the circumstances of loyalty and betrayal will draw the two closer and could quite possibly be their only hope of making it out of the League alive. 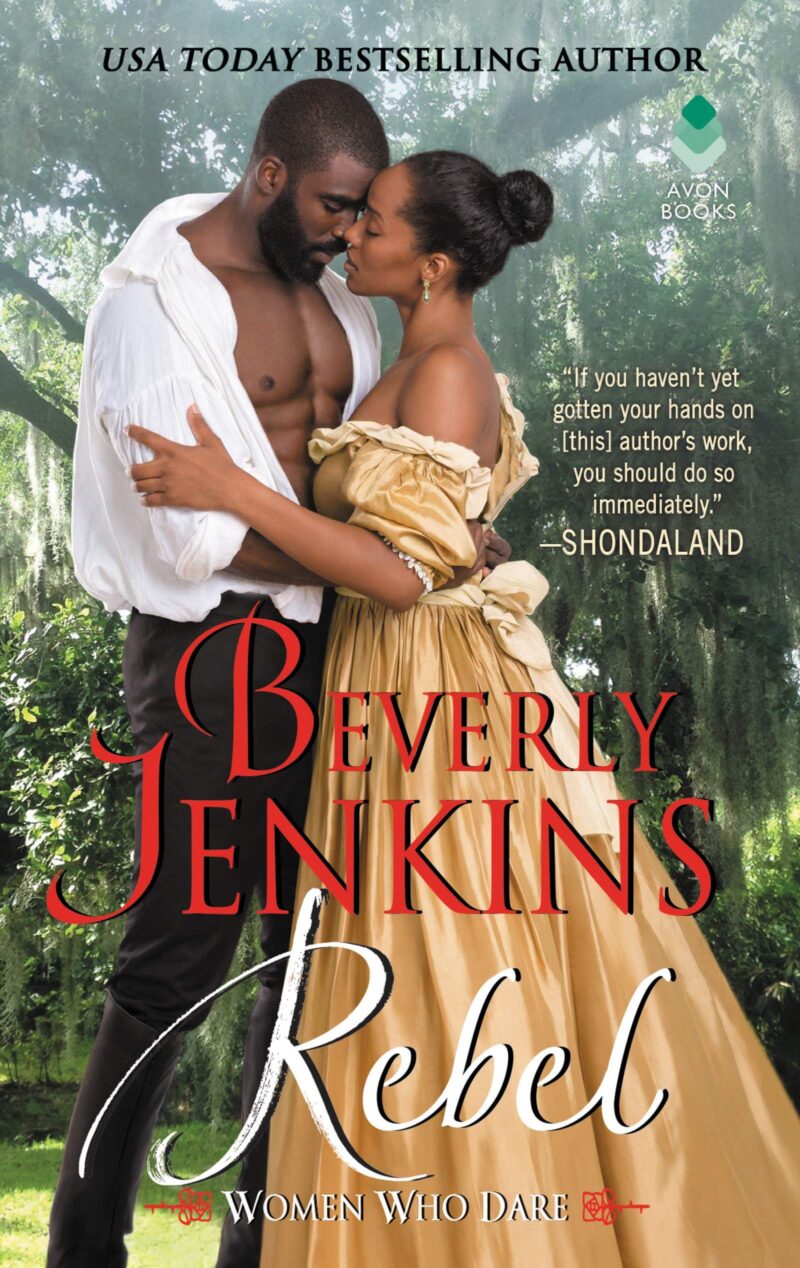 Traveling from New York to New Orleans, Louisiana to teach former slaves in 1867 is no easy feat for Valinda Lacy. Her classroom gets destroyed, she gets assaulted by soldiers, and her landlord throws her out. As she runs for her life, Captain Drake LeVeq finds her and immediately offers her shelter.

The passion that ignites between them is instant but may soon end before it’s begun. Will Valinda submit when her father forces her to return home to a loveless marriage to be, or will she rebel and take up the devotion Drake lays at her feet? 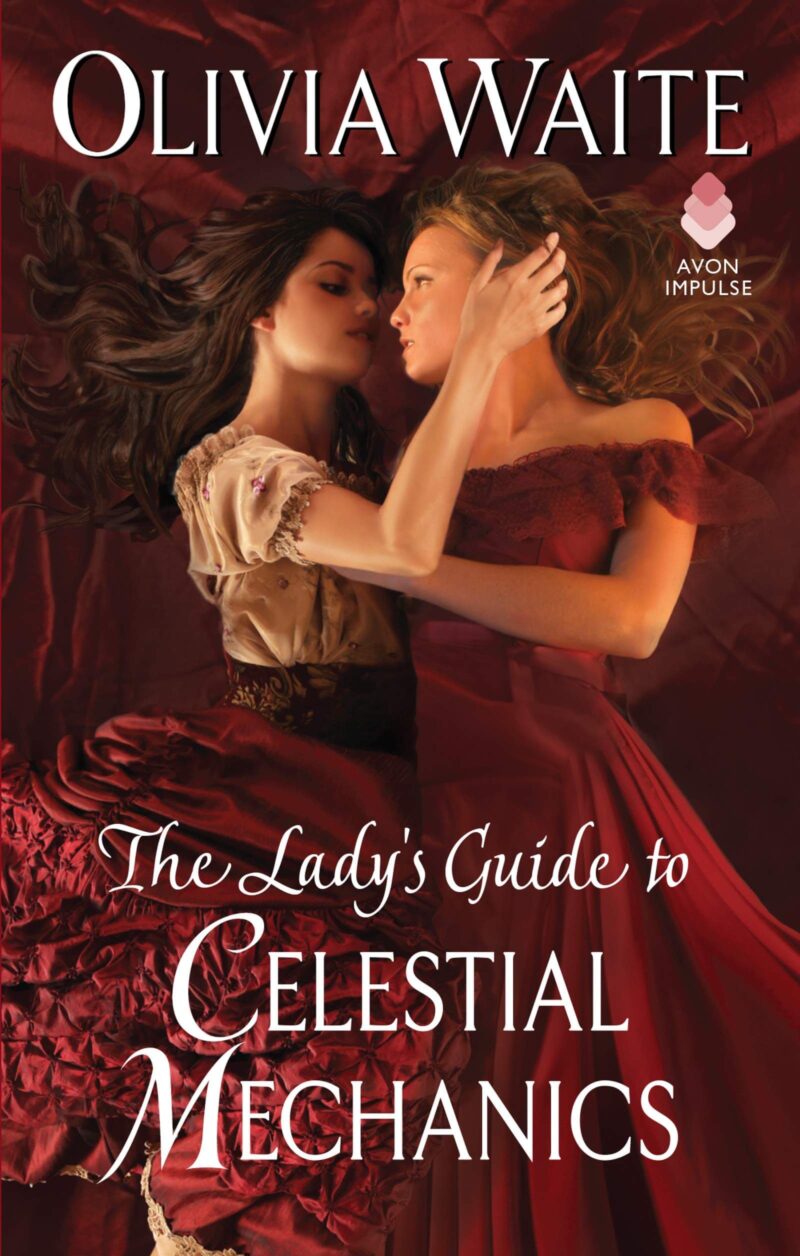 The Lady’s Guide to Celestial Mechanics by Olivia Waite

Brilliant Lucy Muchelney was responsible for much of her late father’s work as a celebrated astronomer. She also tries and fails to warm up to the idea of marriage with her long-term girlfriend, Pris. Lucy’s lack of commitments results in her having to watch as Pris settle down into a heterosexual marriage. In the midst of this Lucy receives a letter from Catherine Kenwick St. Day, Countess of Moth. The countess has heard of her father’s work and is in need of a translator for a new piece of revolutionary French astronomy text.

Catherine, who spent her life traveling the world to look at the stars with her husband, is now a widow. Once the two women meet and become accomplices, and so much more. Living in an era that offers women less freedom than the Enlightenment period, Lucy and Catherine both understand the roles they must play. As the two work together on this text, Catherine finds hope and wonder, while Lucy finds the possibility of new love, but will society let them be together? 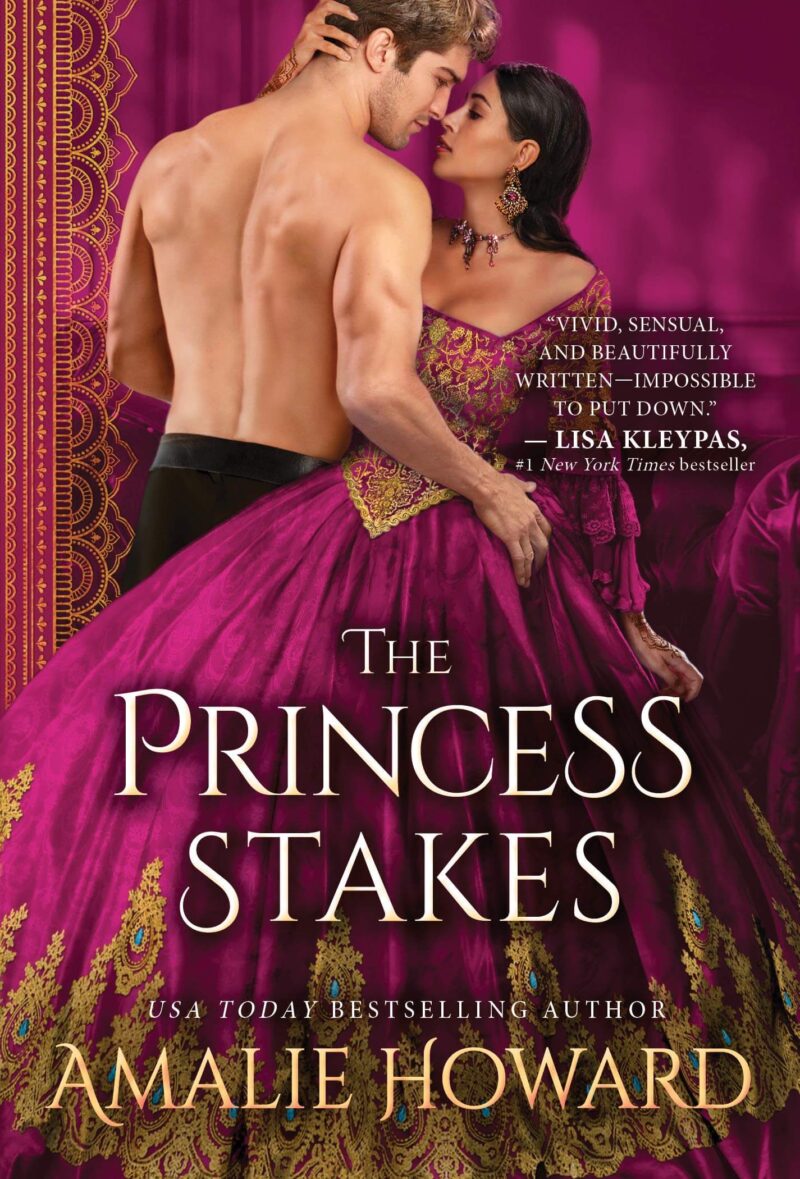 The Princess Stakes by Amalie Howard

Indian-born princess Sarani Rao has life pretty much made. She has beauty, a loving father, the crown, and all that she could ever want. That is until her father is betrayed and assassinated, leaving her to flee for her life.

Seeking refuge in England, the home country of her late mother, Sarani finds herself traveling there as a passenger on Captain Rhystan Huntley’s ship. The same captain she rejected years prior. When Huntley, the Duke of Embry, spots Sarani, he despises and loves her all at once. Now, as the two voyages to England together, their ride is filled with unrelenting desire, bickering, and a whole lot of tension. Once the Duke reaches land Sarani’s presence continues to stir not only his frustration but his heart. Yet the love they grow will unite them against the obstacles set before them.