Our October Guest Editor Cassandra Khaw on Nothing But Blackened Teeth

Our October Guest Editor Cassandra Khaw on Nothing But Blackened Teeth

There’s nothing like a gorgeously creepy haunted house tale to close out the month of October: A chill is in the air, night claims the day increasingly earlier, and horror fans rejoice with never-ending scary décor and streaming movie choices. Cassandra Khaw’s Nothing But Blackened Teeth mixes it up for us as a type of ghost-punk noir novella, steeped in Japanese myth and legends, unexpected twists, and a brutal teasing of the senses. Khaw’s writing has been likened to a “nightmare ballet”, “Hill House for this century”, and “bite-size horror on a stormy night”—and we can’t wait for other horror fans like us to dig in. Malaysian-born Cassandra Khaw works as a horror and science fiction writer for video games, tabletop RPGs, short stories and novels; and they won’t disappoint with Nothing But Blackened Teeth.

In Nothing But Blackened Teeth, an abandoned Heian-era mansion rests upon the bones of a bride, its walls packed with the remains of the girls sacrificed to keep her company. So, of course, a group of horror-fan friends and thrill seekers think it’s the perfect wedding venue for upcoming nuptials. What could possibly go wrong? After an evening of drinks, games, dinner and dancing spirals into a nightmare, the friends will soon find out. For lurking in the shadows is the ghost bride with a black smile and a hungry heart . . . and she gets lonely down there in the dirt.

We talked with author Cassandra Khaw about the horror authors they’re reading, how writers influence how they see things, and whether they visit supernatural spots for fun. 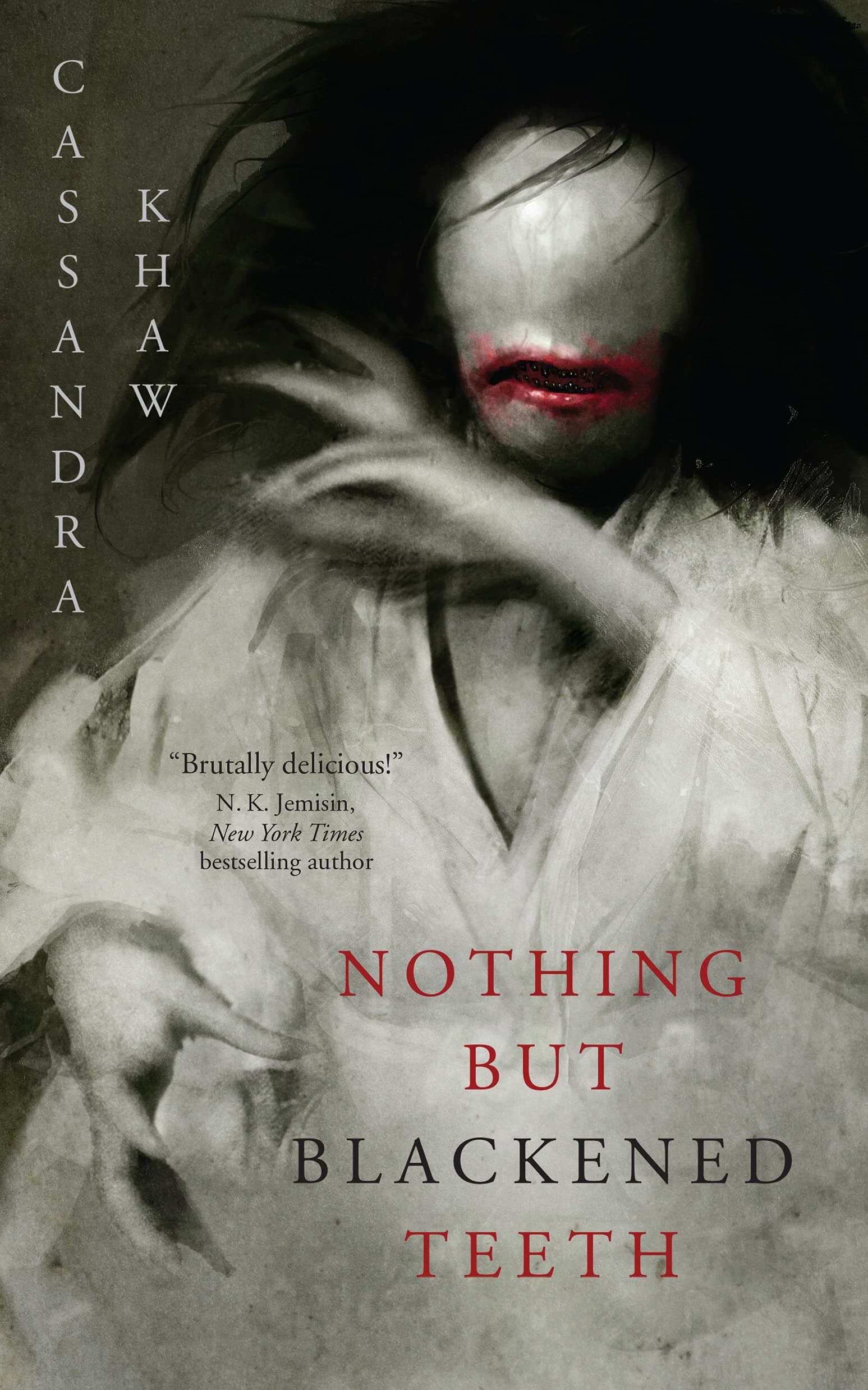 When did you get the spark for the plot of Nothing But Blackened Teeth?

Honestly, I couldn’t tell you. This was written around the time I found out about my father’s death, which was initially described as a heart attack and then revealed to be a suicide, and you’ll have to forgive me but my memory of those adjacent years is a little foggy.

Did you have a hand in the cover art? It’s like you can’t rip your eyes away from it.

Only a little, but that’s normal in the industry. Nightfire was kind enough to ask who I’d like as a cover artist, and I basically begged for Sam Araya. And we got him to do a cover for the book! Which absolutely blows me away.

Do you make a hobby or visiting supernatural or haunted spots to inspire yourself?

No. I don’t particularly feel the need to take unnecessary risks. I write for a living. Surely, that’s risk enough. (I used to go ghost-hunting in my early twenties, however, but all the cool kids did…)

As a young child, your parents encouraged you to watch horror films with them. Stemming from that, what influences, stories, or other art led you to find your voice in horror?

No, encouraged isn’t the right word. My parents coerced me into that. They weren’t nice people in any shape or form; I’d go even as far as to say they were kind of monstrous. Because you have to be if you think it’s okay to force a young kid to watch John Carpenter’s The Thing with their eyes wide open. It’s one thing if the kid asked to watch. It’s another thing entirely if you sit them down and make them do it. In general, I talk about the situation with some levity, because it’s kind of claiming ownership about my own trauma from their behaviour. But they were TERRIBLE people, let me clear, and that was just one of the many manifestations of their unpleasantness, sadly.

As for other influences, I honestly don’t know. There are writers who have influenced how I see things. Through Butcher Bird, Richard Kadrey showed me that the rules of genre are irrelevant. Through A Face Like Glass, Frances Hardinge demonstrated how malleable the English language is. But there is no one and nothing I can point to and say, ‘this led me to finding my voice.’ Like with so many other things in life, I grew into it.

Are there any projects you’re currently working on?

I’m drafting up proposals for a few things to send to my editors, while doing edits on The Dead Take The A Train, and poking hopefully at a dozen other things, all NDA-ed.

What horror authors are you reading?

I’m going through John Hornor Jacobs’ A Lush and Seething Hell right now, and I continue to be mad that the man isn’t better known. He writes the most beautiful things, with a precision of language and a grace in storytelling that makes me ache with envy.