Countless environmental problems face our planet. These problems—some you may have heard of, and others, not so much—along with possible solutions are just a page’s turn away. Whether old cautionary texts or new books, these reads shed light on the problems facing our planet, from threats of extinction (and not just to animals), to rising ocean levels, to shifts individuals can make in their everyday life to result in real, sustainable change.

Here are 12 reads—ranging from frightening to inspiring—about climate change to broaden your knowledge and become a force in your community. 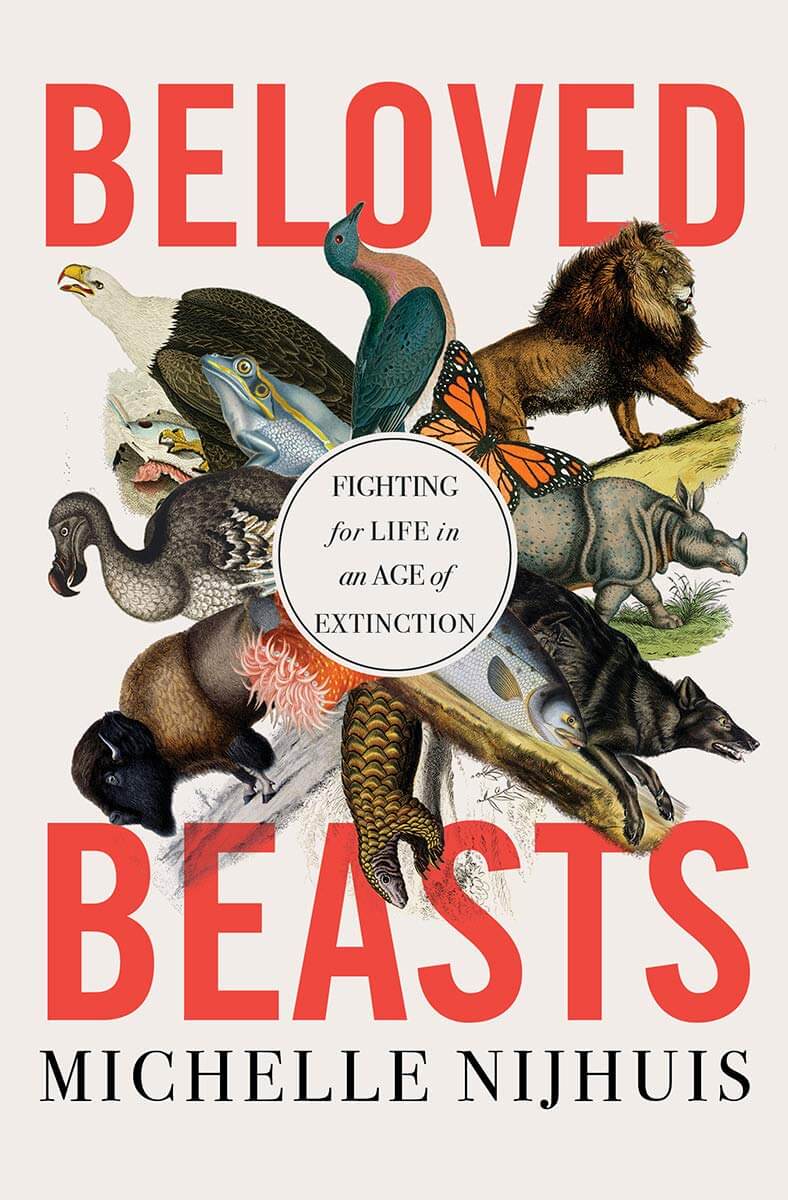 In the late nineteenth century, humans began to realize that the changing, increasingly industrialized world was driving different animals to extinction; thus, the modern conservation movement was born. Chronicling the history of the conservation movement, from the efforts to save the American bison to the origins of organizations like the World Wildlife Fund, Beloved Beasts is a tour of the human effort to protect the diversity of life. It is also a fierce warning against the threat of climate change to all species on the planet—including humankind. 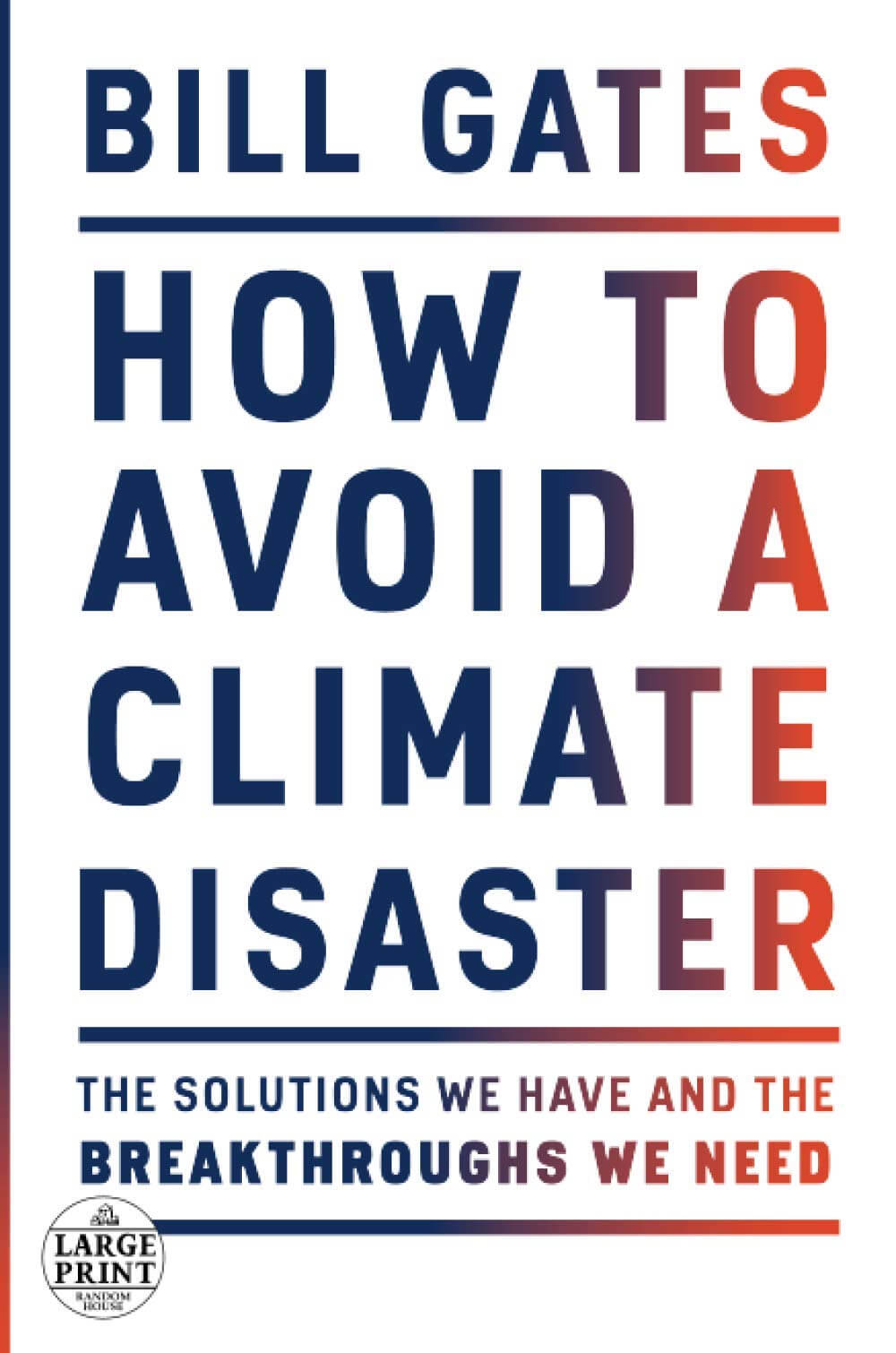 How to Avoid a Climate Disaster: The Solutions We Have and the Breakthroughs We Need by Bill Gates

Written by one of the most influential people of our time, Bill Gates outlines the research, effort and findings of over a decade’s worth of time studying the effects of global warming. Gates gives the reader a clear description of the challenges we face, but offers potential plans and solutions for climate change with the help of modern technology. How to Avoid a Climate Disaster tells us that creating solutions to our climate crisis is not only necessary, but ultimately achievable. 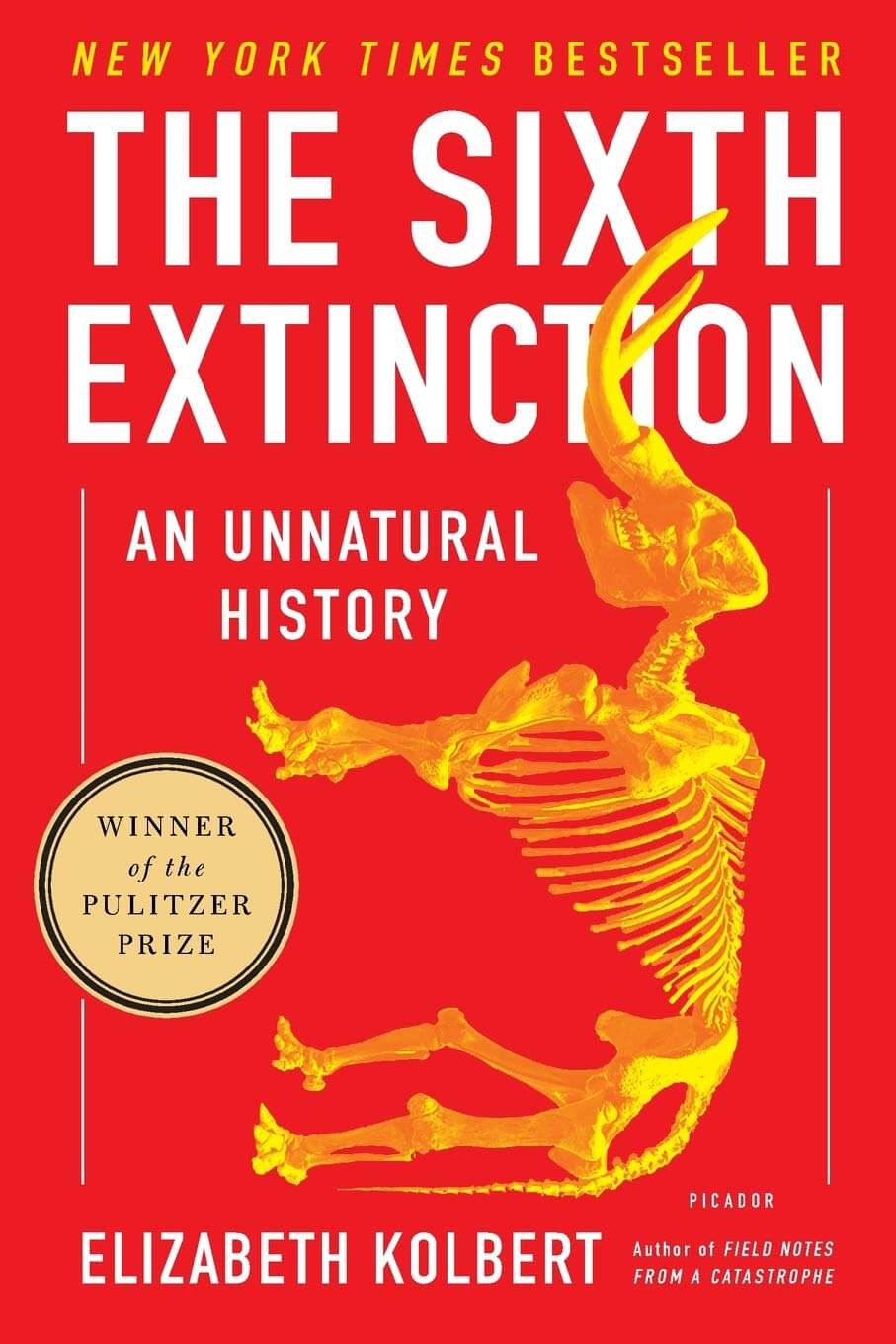 The Sixth Extinction: An Unnatural History by Elizabeth Kolbert

The winner of the 2015 Pulitzer Prize, The Sixth Extinction argues that we are on the cusp of a sixth extinction that will wipe out humankind. New Yorker writer Elizabeth Kolbert explains the fundamental, irreversible ways humans have changed Earth, fitting modern occurrences in relation to the overall history of extinctions on the planet. Frank and chilling, The Sixth Extinction persuades us to re-evaluate what makes us human as the toll of climate change looms before us. 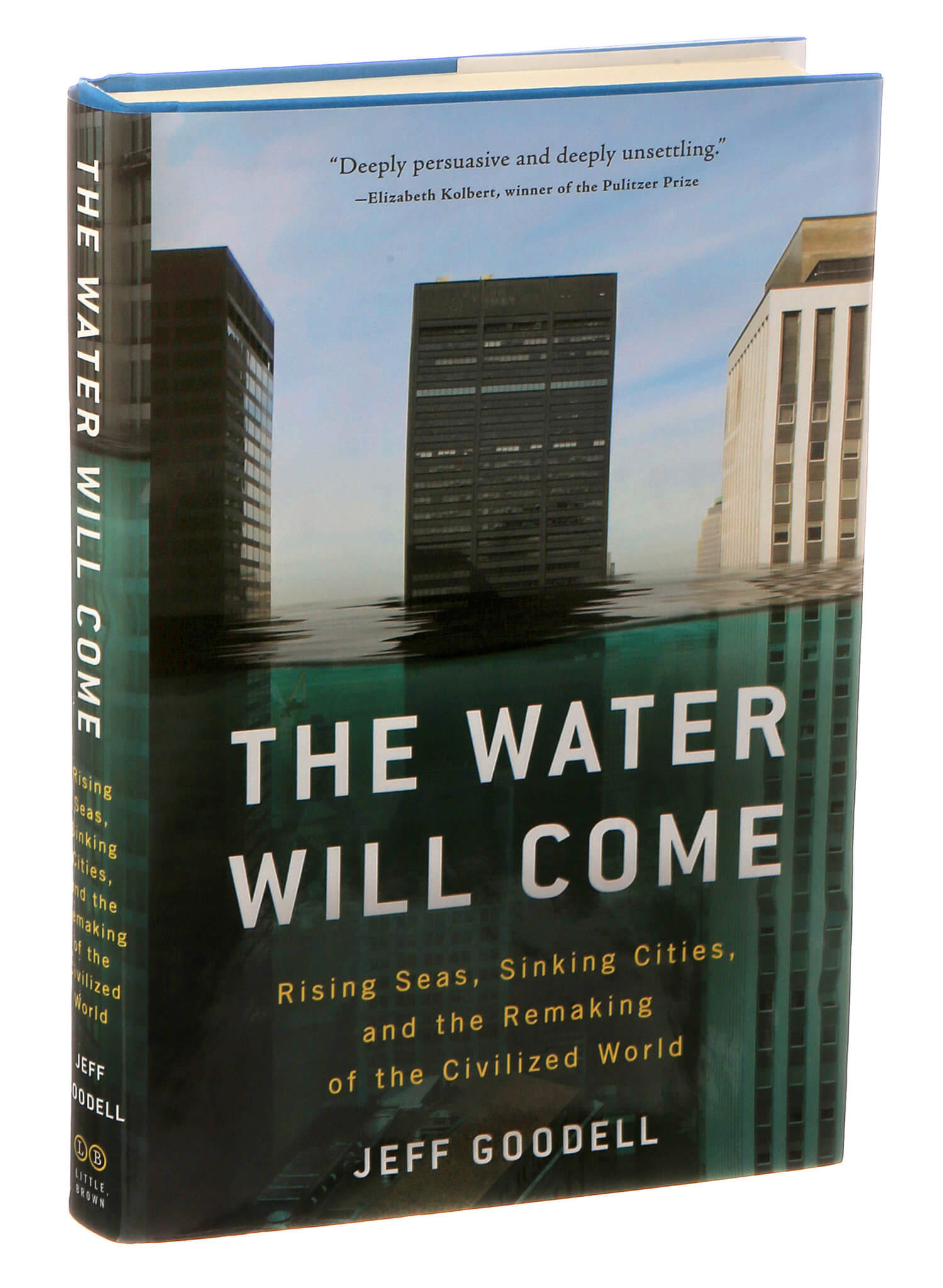 The Water Will Come by Jeff Goodell

What happens when the oceans washes civilization away? That is the question at the center of The Water Will Come: How scientists are already seeing ocean levels rise, how engineering is already rushing to stop it, how efforts towards keeping the water back will likely fail. From critically acclaimed journalist Jeff Goodell, The Water Will Come is a bleak picture of how—slowly but surely—our future will be overtaken by water. 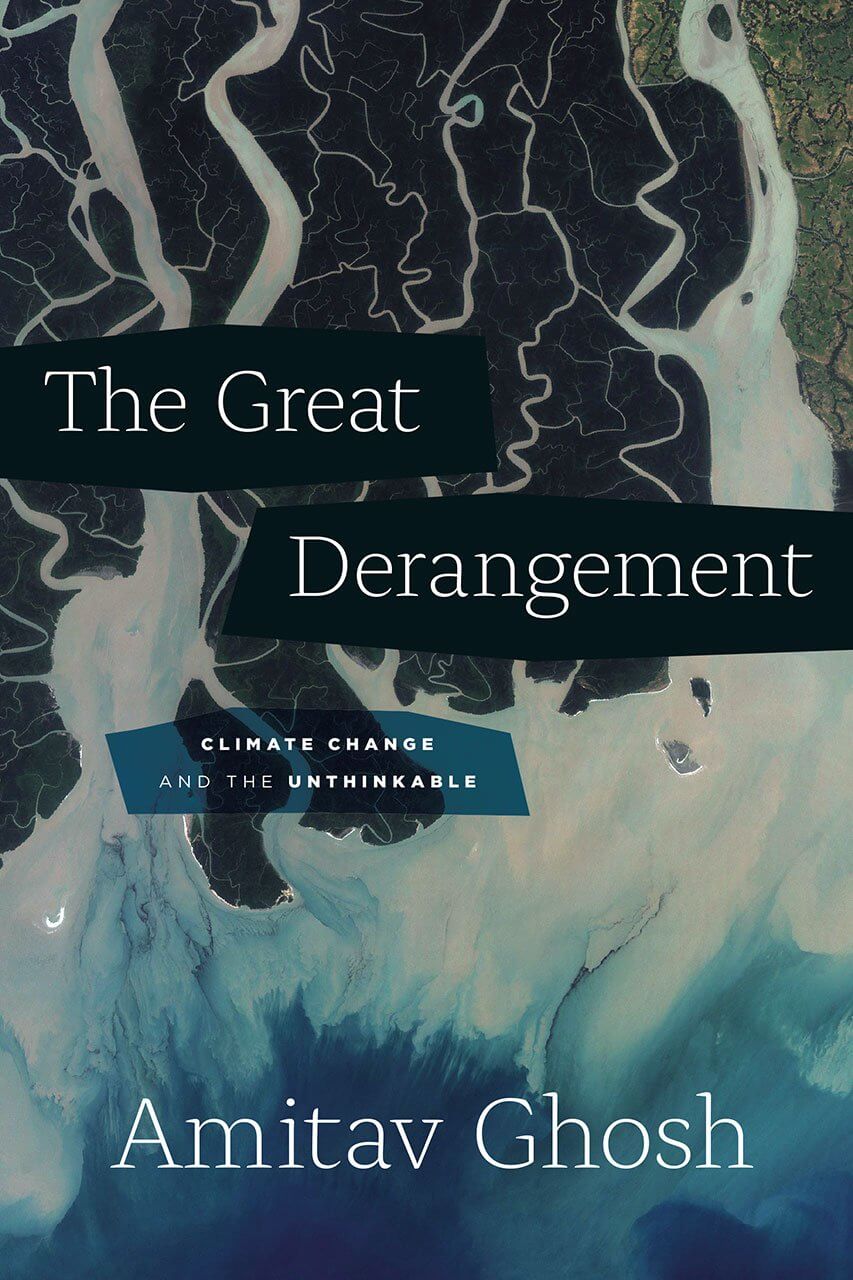 The Great Derangement by Amitav Ghosh

The Great Derangement asks a simple, yet harsh question: with so much inaction in the face of global warming, is humankind deranged? Since our politicians and economic institutions are not responding to the devastating urgency of climate change, Ghosh cannot fathom any other reason for our continued passivity besides collective derangement. Urging us to look at history for answers, The Great Derangement asks us to use literature as a tool to imagine scenarios for what life could be like if the climate crisis continues—and to inspire the public to face what could be a grim, dystopian reality if our negligence continues. 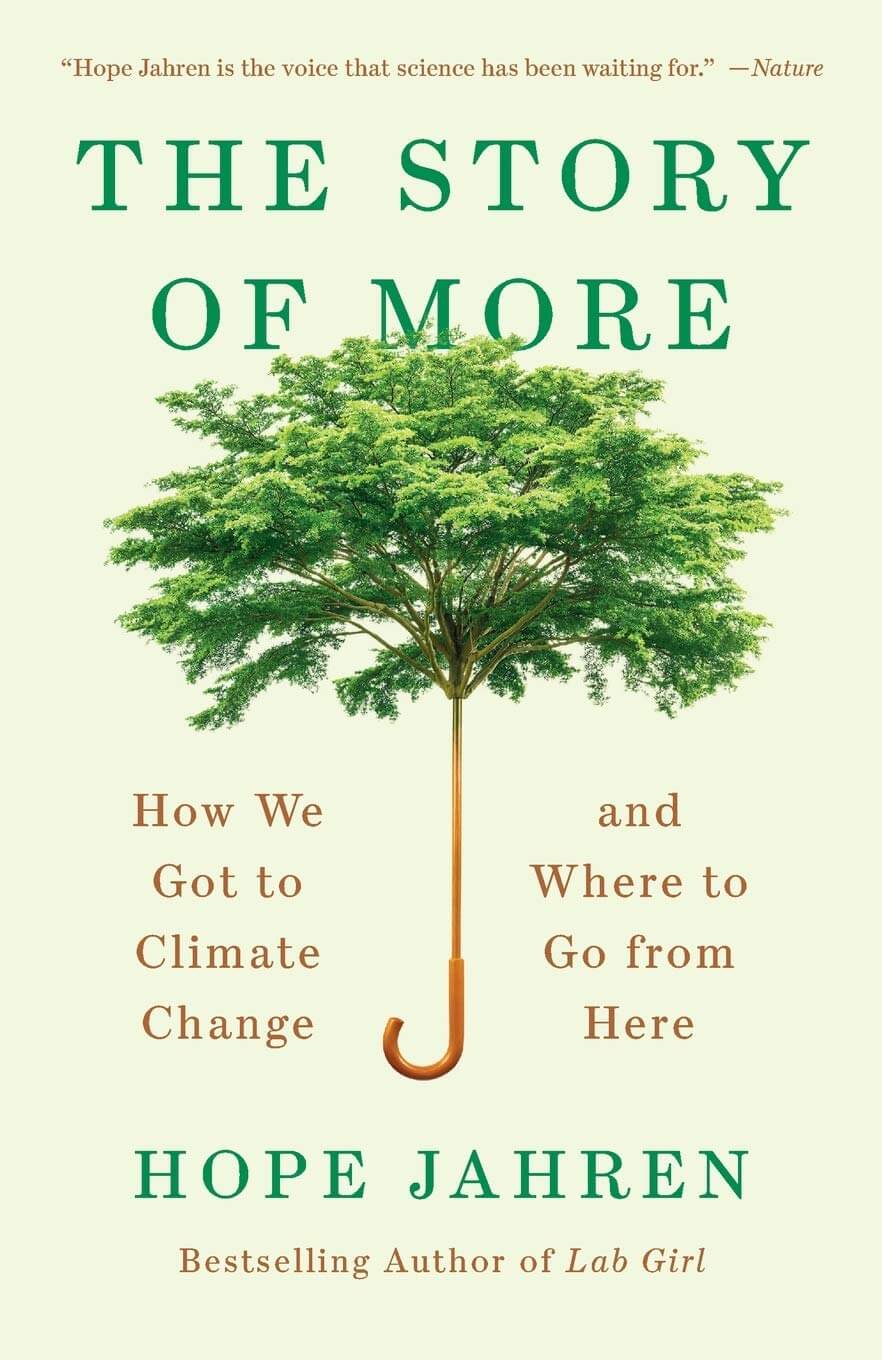 The Story of More by Hope Jahren

In The Story of More, award-winning scientist Hope Jahren writes about the detailed link between human habits and our dying planet. Everyday conveniences like electricity, gas and automotives have all taken their toll on the environment, and the projected consequences of these luxuries directly correlate to large-scale disasters. Highly readable, deeply compelling, and intensely personal, The Story of More is a necessary book for climate-change activists seeking to shape their own lives in a way that will help the world around them. 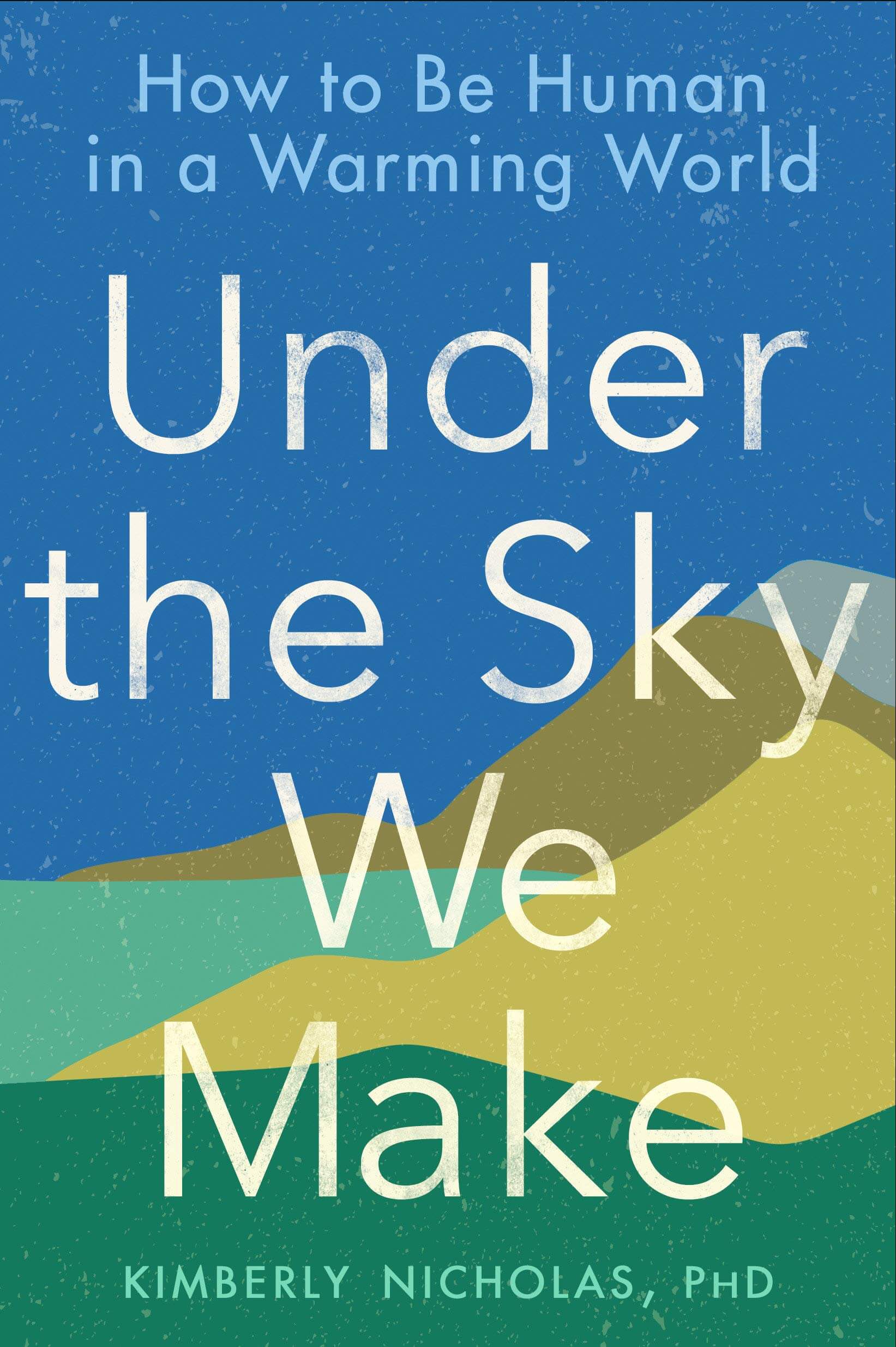 Under The Sky We Make by Kimberly Nicholas

Dr. Kimberly Nicholas is proposing a plan: although climate change is bad, there are things we can do to fix it. Nicholas discusses how individual people can make shifts to their lives that will result in real, sustainable change, regardless of the damage large corporations have already done to the planet. Under The Sky We Make encourages us to live our lives sustainably, with the hope that we can reclaim the planet one good choice at a time. 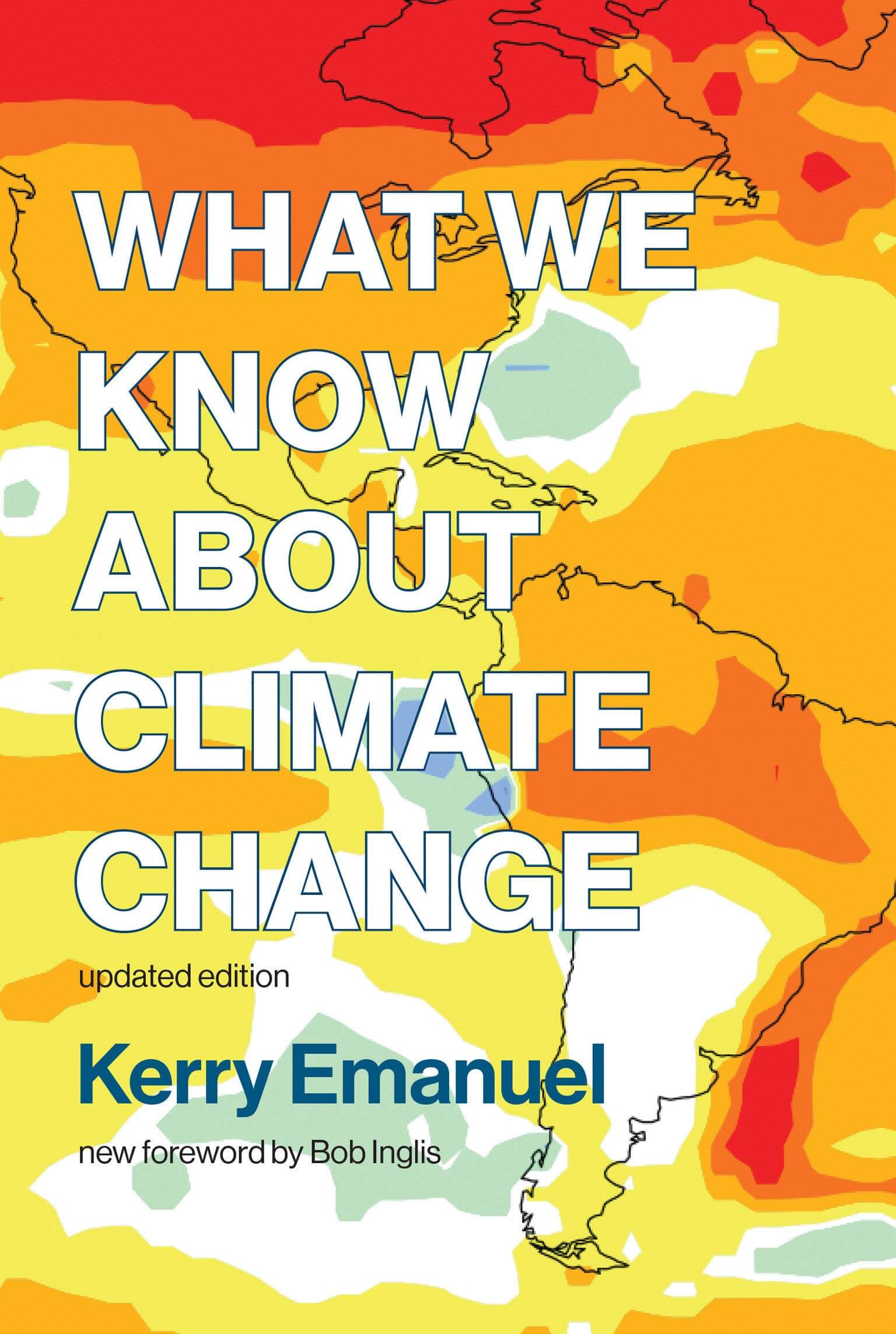 What We Know About Climate Change by Kerry Emanuel

MIT atmospheric scientist Kerry Emanuel explains the basics of global warming and why public skepticism among the public about the issue remains persistent. A political conservative himself, Emanuel seeks to elaborate why and how we’ve reached a state of climate change skepticism, and what we can do to stop politicians and everyday people from dismissing a very real threat. Frank, scientific, and wholeheartedly universal, What We Know About Climate Change is necessary for a conversation about an urgent issue in times of political divide. 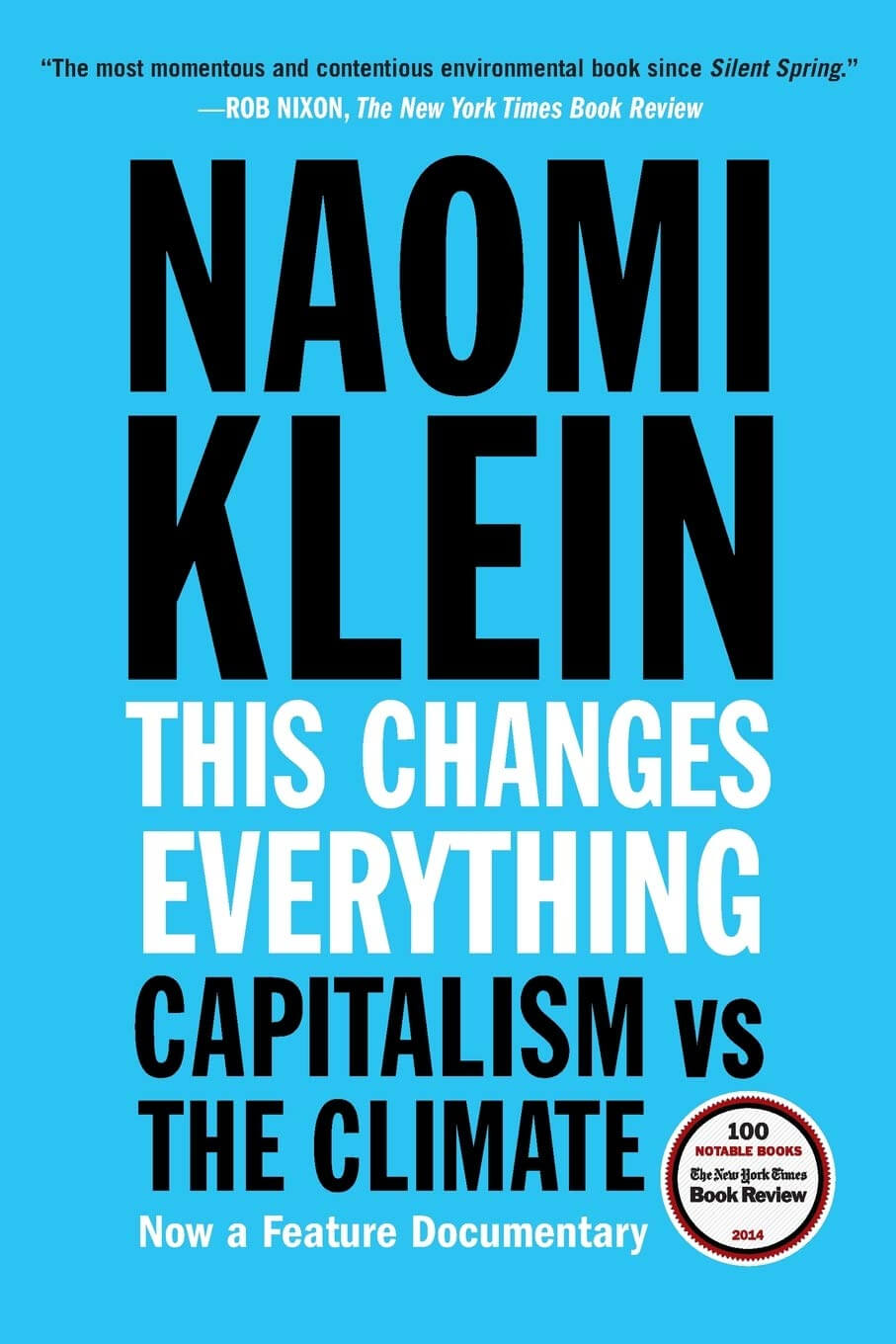 This Changes Everything: Capitalism vs. The Climate by Naomi Klein

Naomi Klien’s This Changes Everything is an urgent wake-up call to all those believing that climate change ranks neutrally among the everyday issues of the present—that it is instead an urgent, alarming issue that requires immediate attention above all other matters. Klein argues that the free market only compounds the terrors of climate change, and if left unaddressed, will only inspire rampant disaster capitalism. This Changes Everything asks us to view climate change as an opportunity to correct some of our larger, unsustainable institutions in an effort to save the planet—before it is too late. 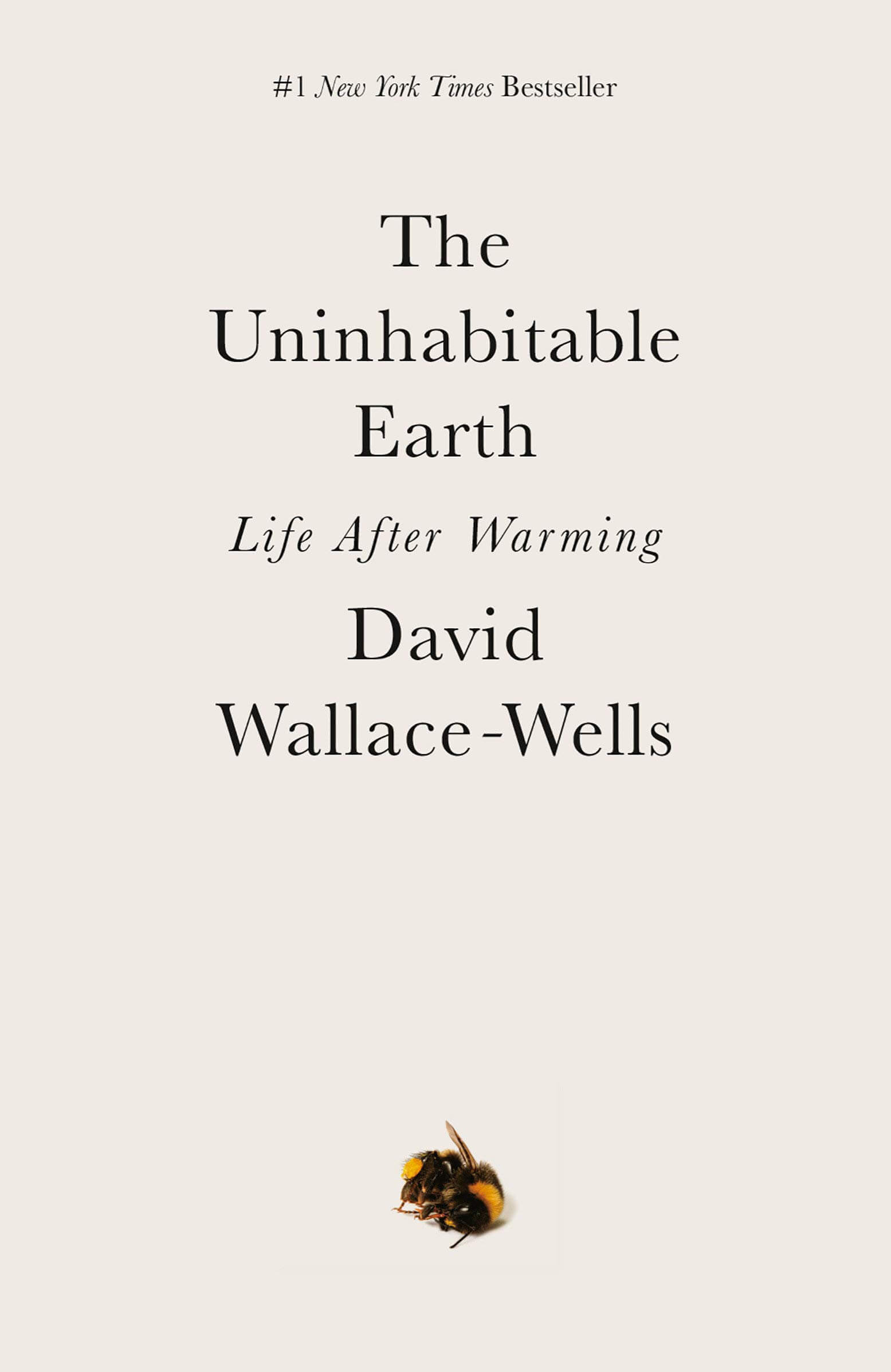 The Uninhabitable Earth: Life After Warming by David Wallace-Wells

The number one NYT bestseller and critically acclaimed among publications like The New Yorker, NPR, The Paris Review, and more, The Uninhabitable Earth is here to affirm all your anxieties surrounding climate change. Wallace-Wells argues that the Earth is even worse off than the public realizes, and the severity of our ongoing situation will be readily apparent within the next few years. Food shortages, climate wars, and the toll of capitalism all comes to a head in our not-so-distant future—unless we all do something about it. 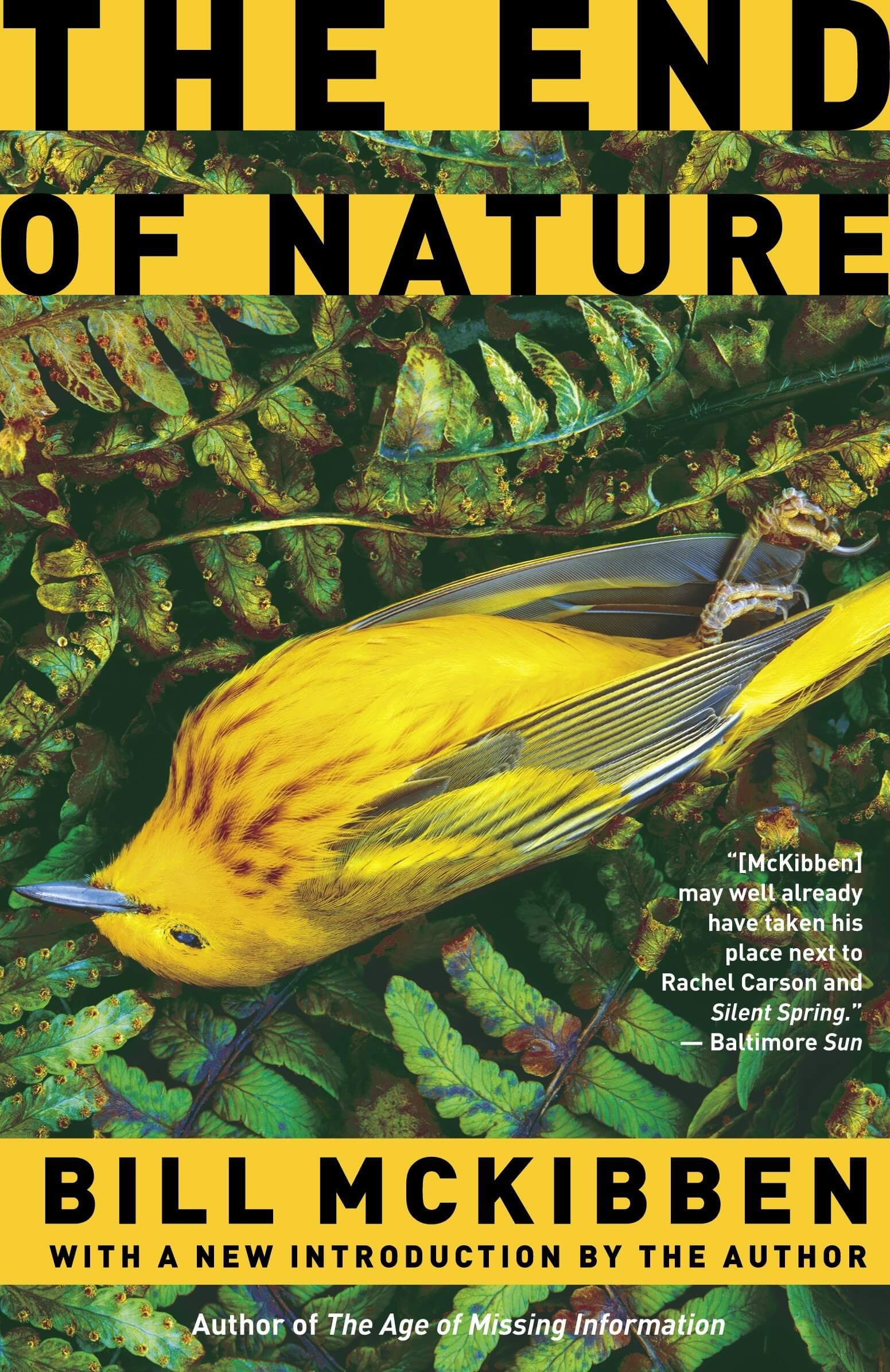 The End of Nature by Bill McKibben

A cornerstone of climate change literature for over a decade, The End of Nature is a plea to the reader for radical philosophical change of the way we perceive the world around us. Covering the progress and the setbacks of global warming, McKibben discusses everything from greenhouse gasses to the dwindling of the ozone layer. Groundbreaking and devastating, The End of Nature is for all readers concerned about the state of life on the planet. 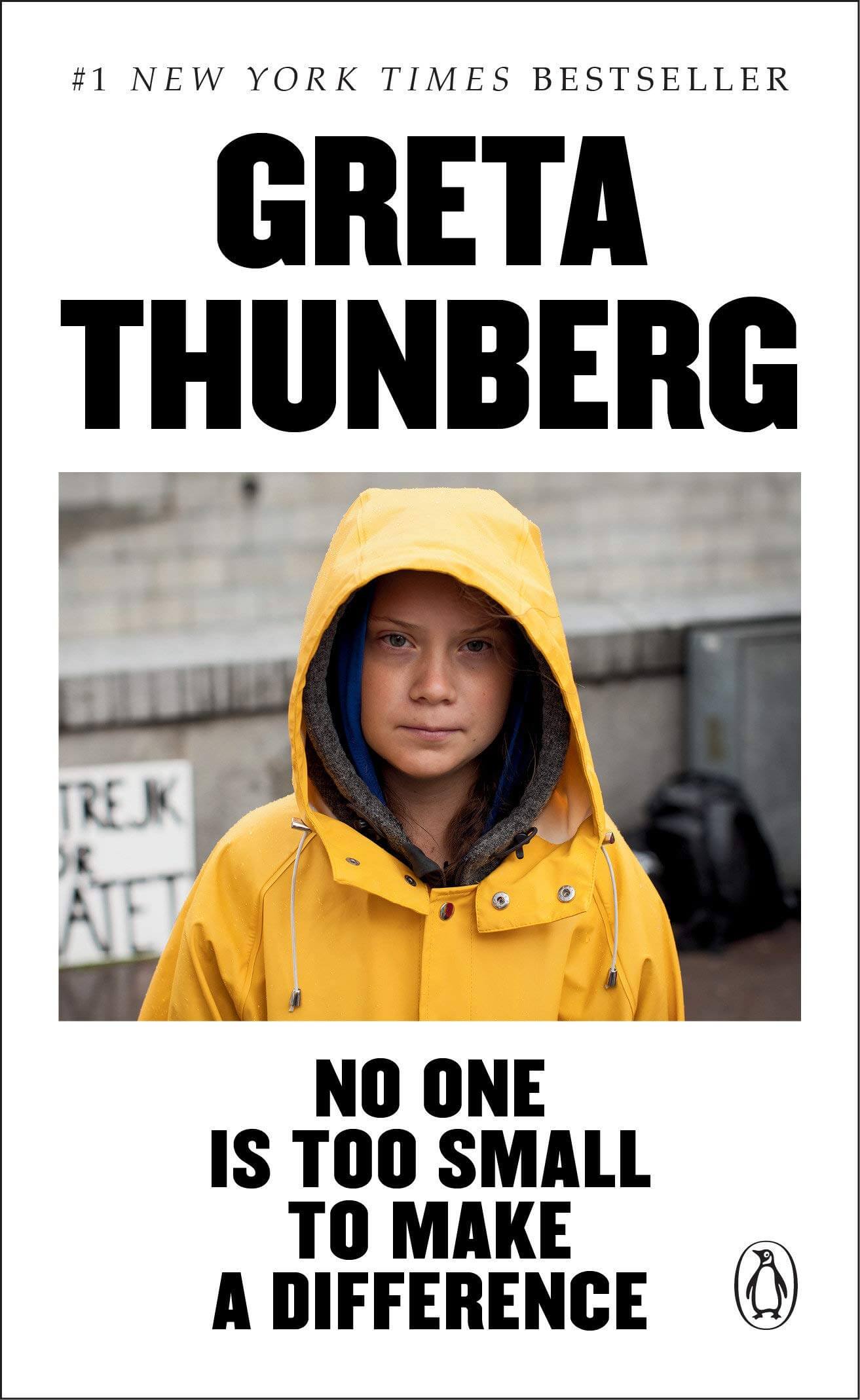