From Shakespeare to Brontë to all of our contemporary writers, there’s a love story for everyone out there. Narrowing down our favorites wasn’t easy but these are the 25 love stories we think everyone needs on their must-read list. 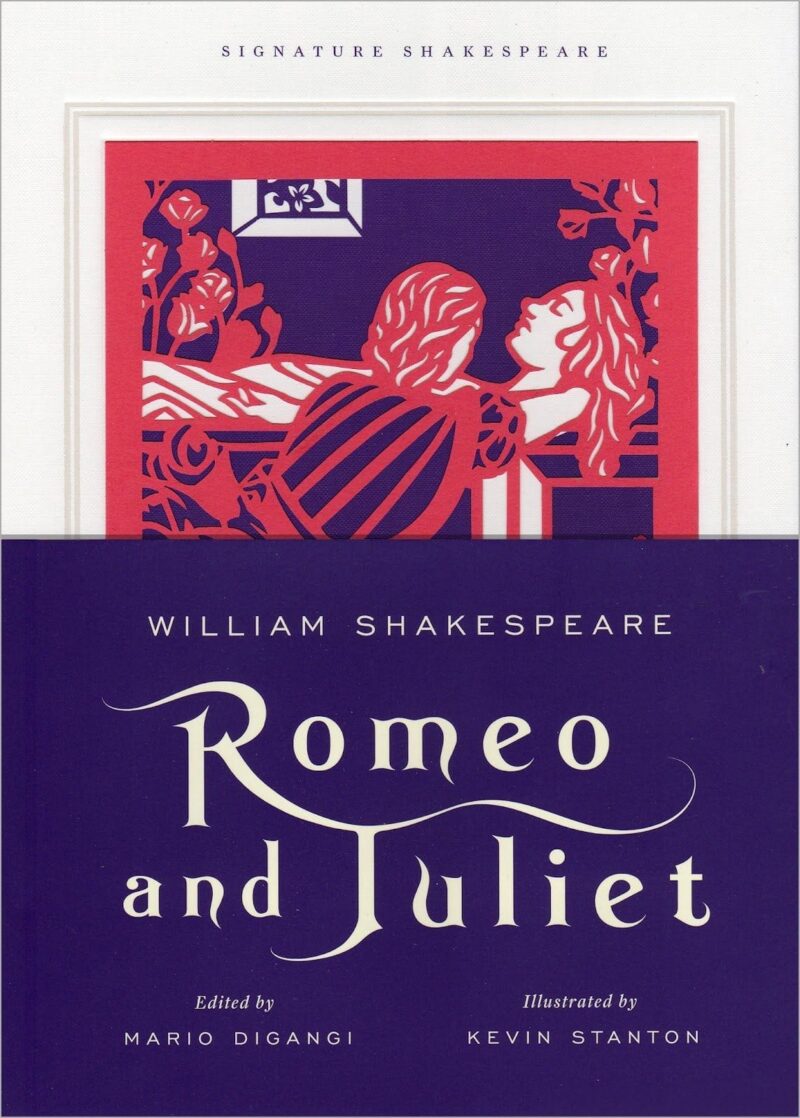 Romeo and Juliet by William Shakespeare

The classic story about dueling families and forbidden love, Shakespeare’s Romeo and Julietis the love story that has gone on to inspire many other writers in their pursuit of creating the perfect romance. 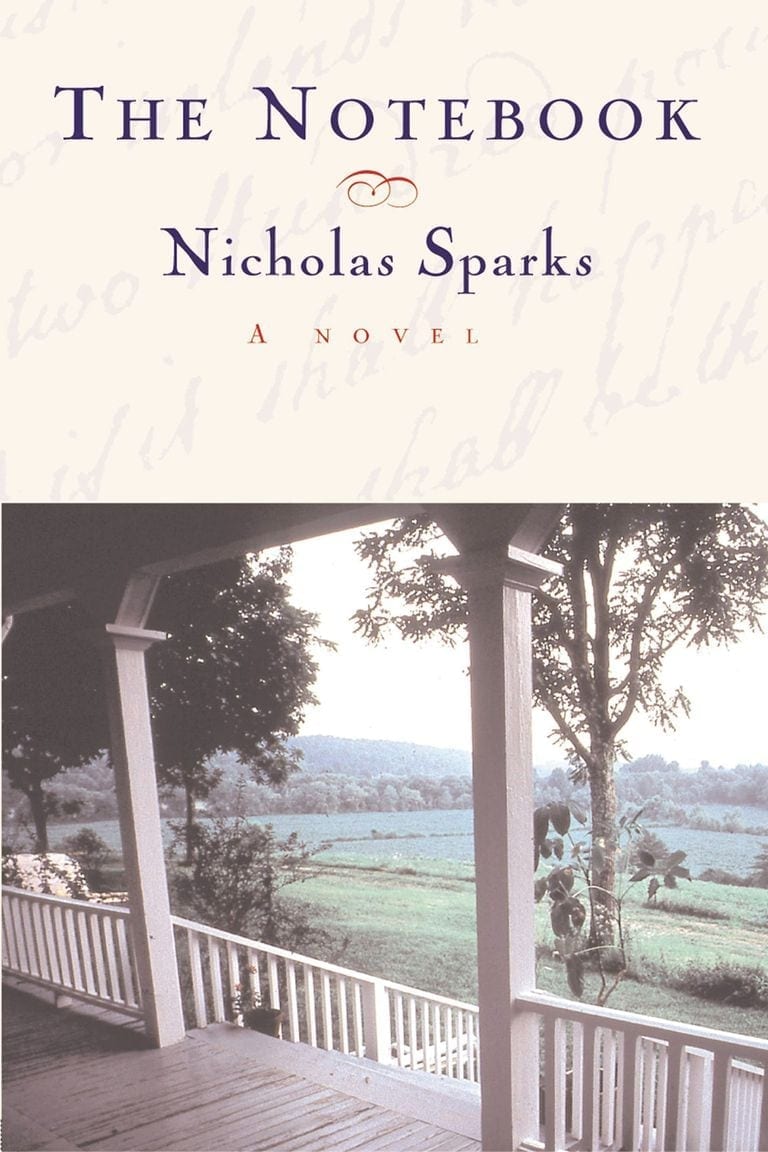 The Notebook by Nicholas Sparks

Noah and Allie had the perfect whirlwind romance but when family and expectations got in the way, they were forced apart. As their story is told in both the past and present, their heartbreaking journey to love will surely leave you teary-eyed. 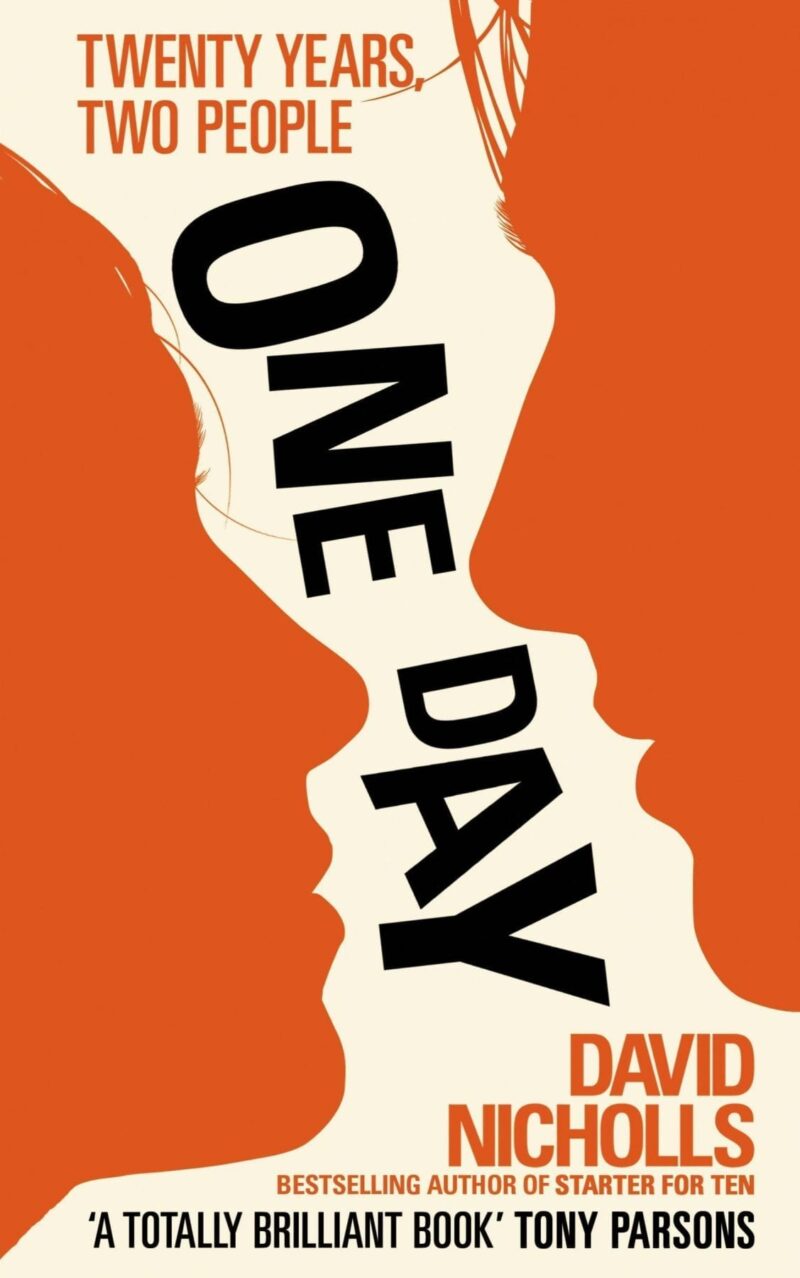 It didn’t take more than a single look for Dexter and Emma to know that they were supposed to be together. Visiting their life on the same monumental day over a 20-year period, this love story ends in a tragic accident, signifying the importance of July 15. 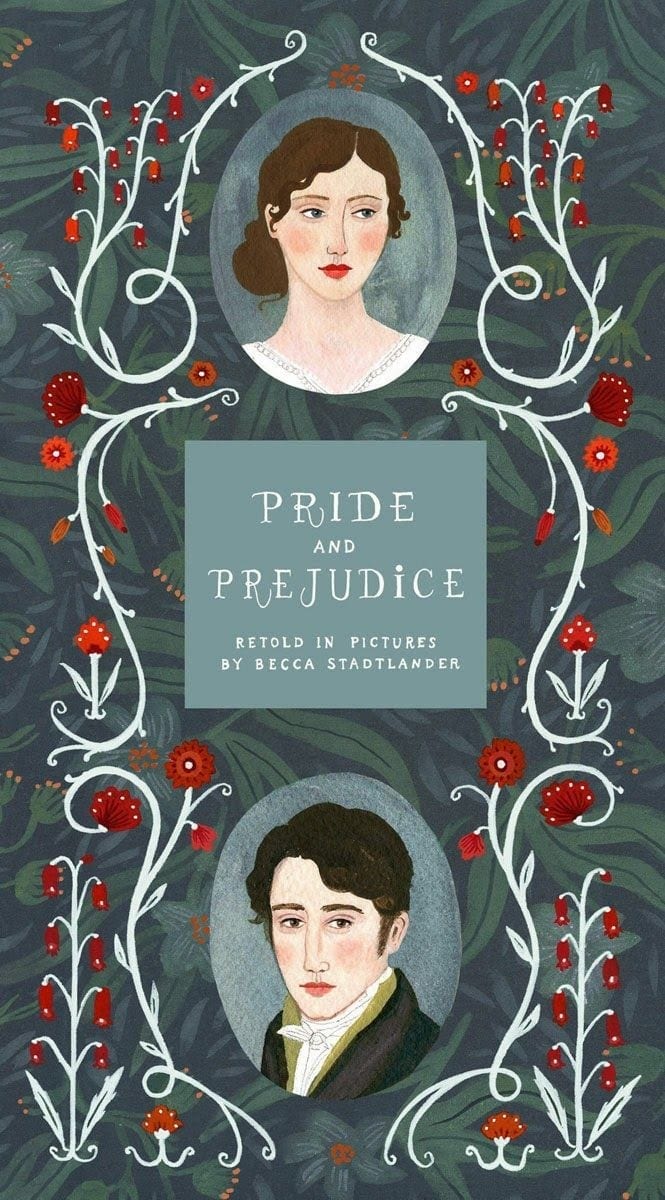 Pride and Prejudice by Jane Austen

In this literary classic, Elizabeth Bennet passes quick judgment on the man she’ll later come to love. Through rumors, snobbery of the middle-class and eligible bachelors, Elizabeth and Darcy will find a true love that’s worth fighting for. 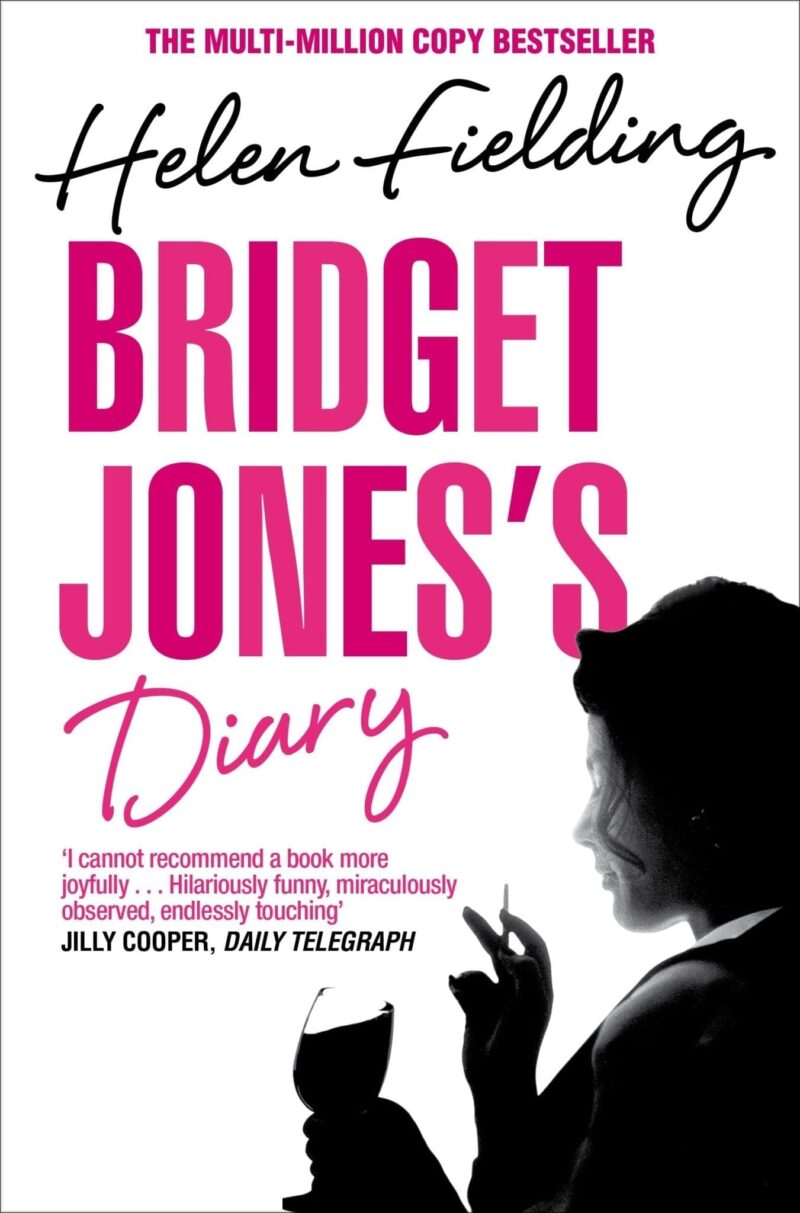 If you’re looking for a laugh-out-loud romance read, this book will surely do the trick. Battling her own insecurities while trying to tackle the dating world, Bridget Jones is one of fiction’s most relatable female characters, making this a highly enjoyable read. 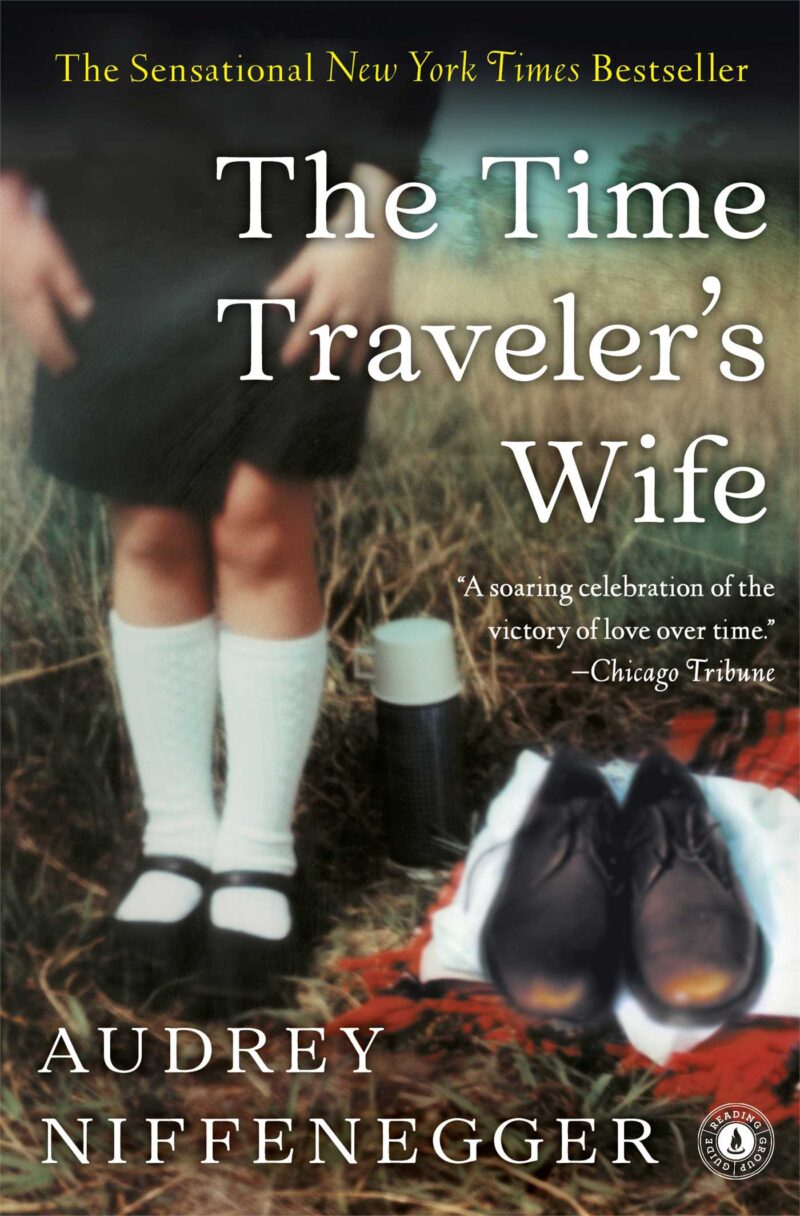 Henry is a time-traveling librarian, his wife an artist who has gotten used to her husband disappearing at random times. Told over a large span of time, this unique love story captures the true depths of tragedy and soulmates. 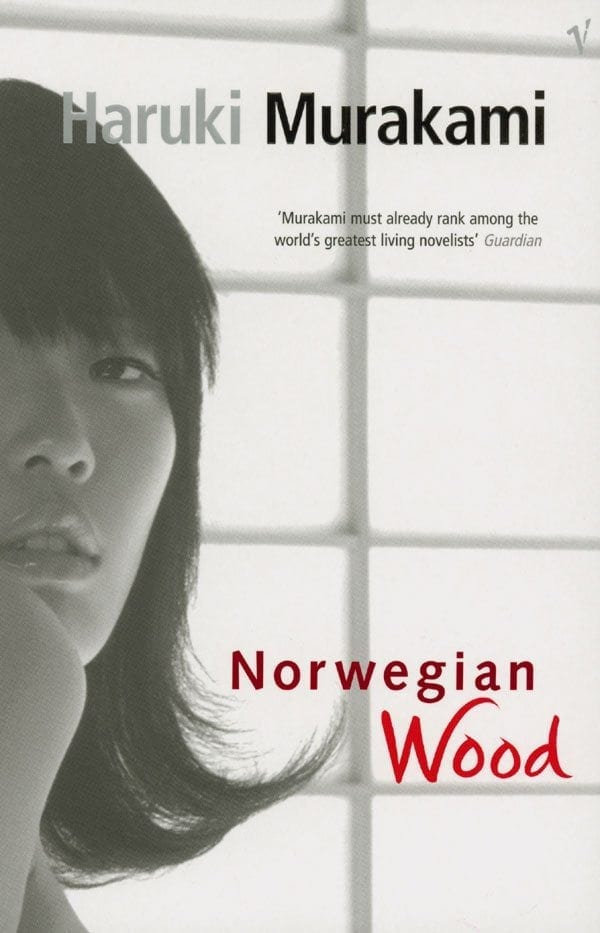 This romantic coming-of-age story follows lovers Toru and Naoko through love and learning to handle loss. After losing a mutual friend years earlier, the couple will now find it a struggle to connect, leading them down new paths that will forever change their life together. 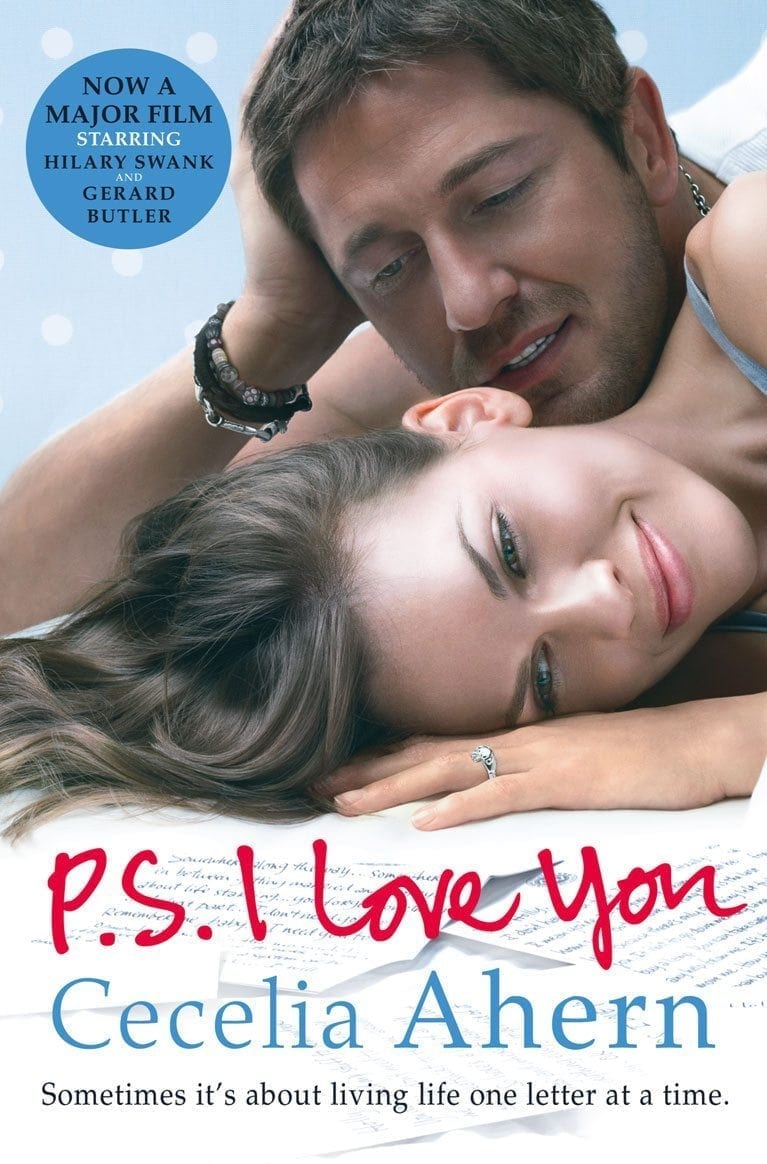 P.S. I Love You by Cecelia Ahern

When Holly loses her soulmate Gerry, life as she knows it is over. But to her surprise, he left behind notes to help her move on without him. Holly will learn that their love can never truly fade while Gerry serves as her guardian angel. 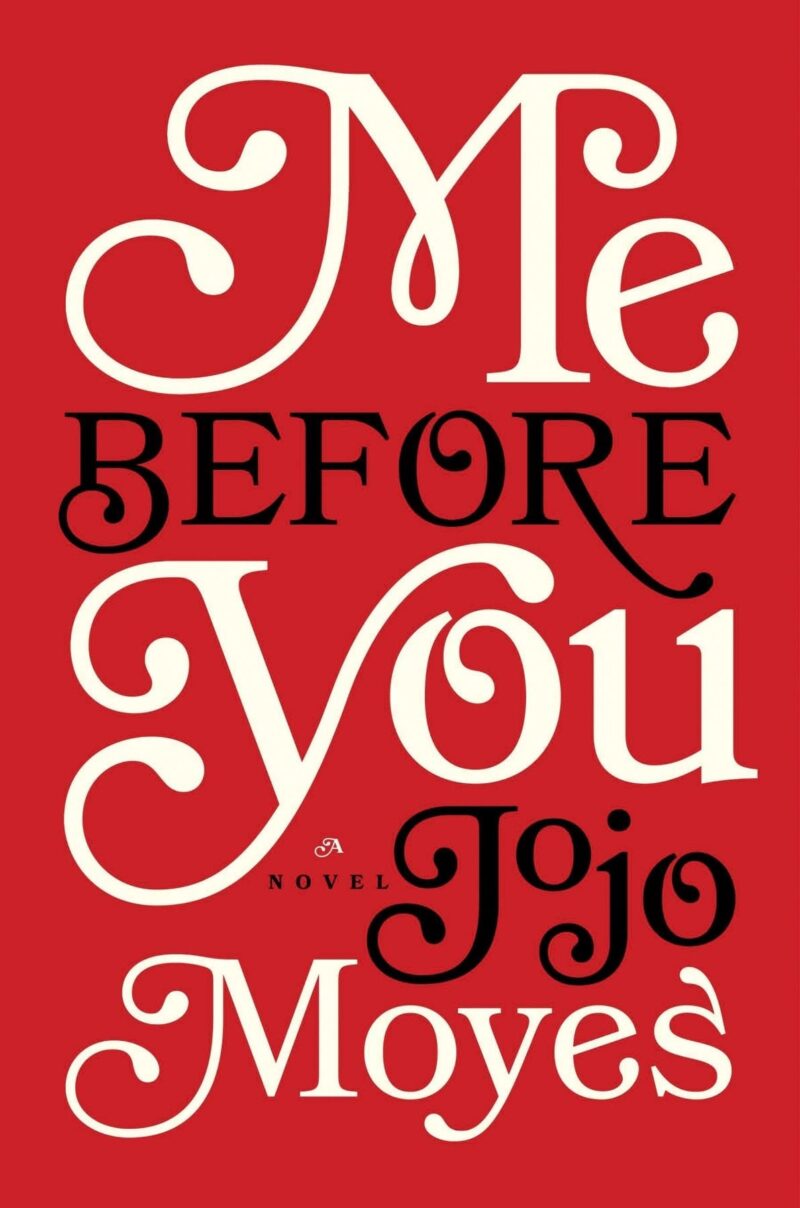 Me Before You by Jojo Moyes

Louisa Clark begins working for Will Traynor who’s wheelchair-bound, and she can’t get past how moody and bossy he is. She is determined to not let him get the best of her and they eventually fall in love. When Will shares his future plans with Louisa, will she love him enough to honor his wishes? 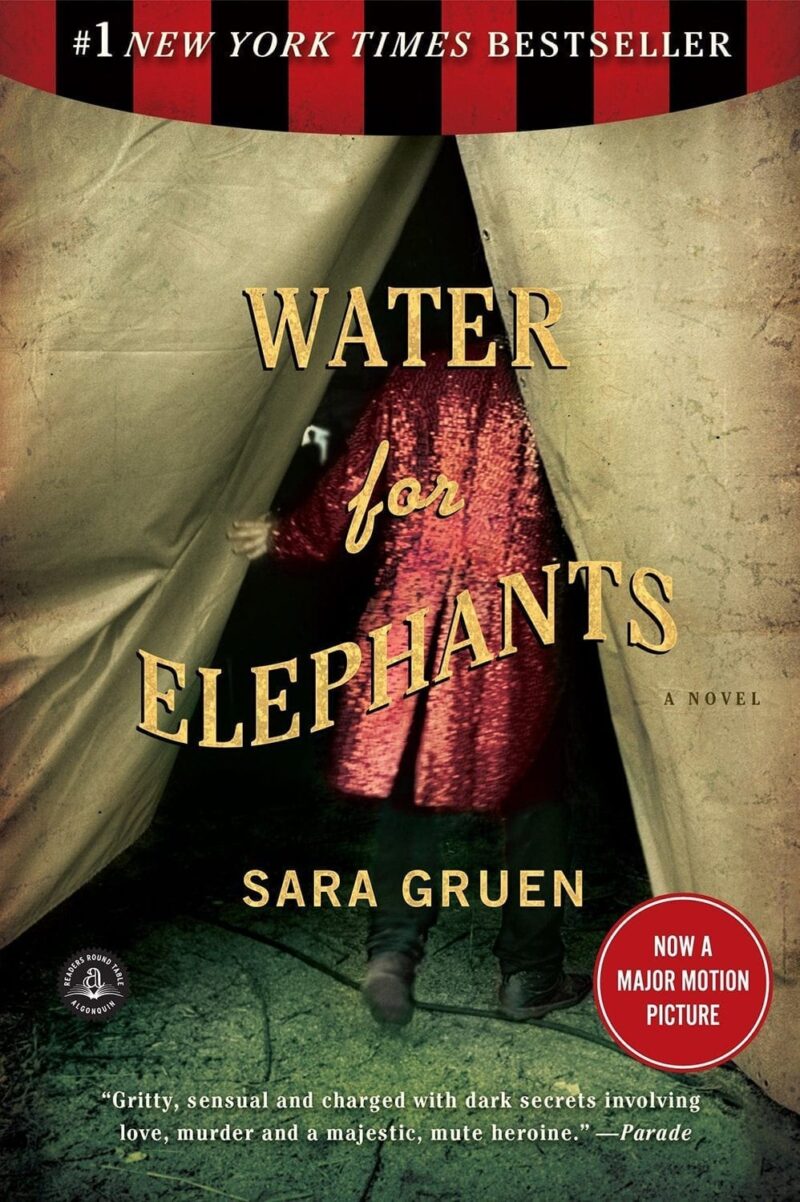 Water for Elephants by Sara Gruen

With nowhere to go, Jacob Janowski joins a traveling circus, taking care of the show animals. When he bonds with a beautiful woman and a stubborn elephant, Jacob learns that his new job will bring all kinds of unexpected love into his life. 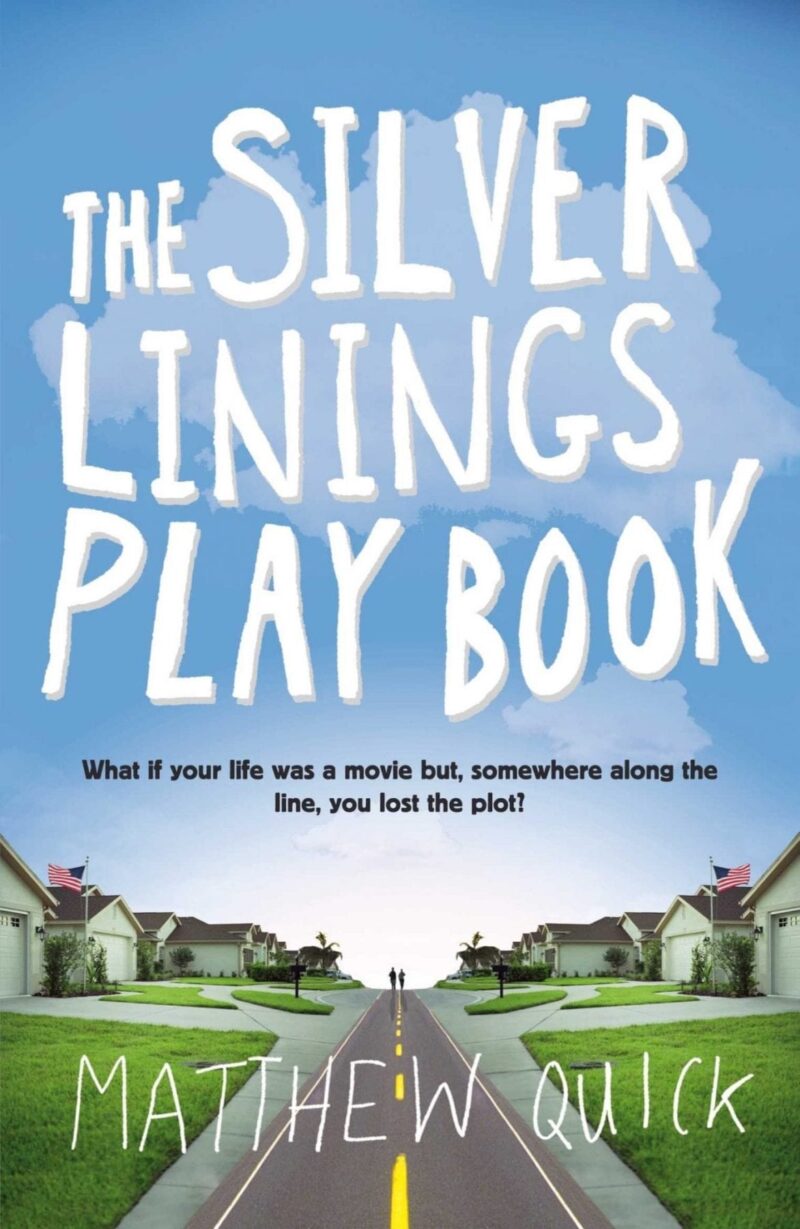 When Pat Peoples returns home after a stay in a neural health facility, he discovers that his estranged wife is gone for good. When he takes up a friendship with Tiffany, who is a depressed widow, the two come up with a plan to get Pat’s wife back. Although they both struggle with their own problems, Tiffany and Pat find a new hopeful beginning with each other. 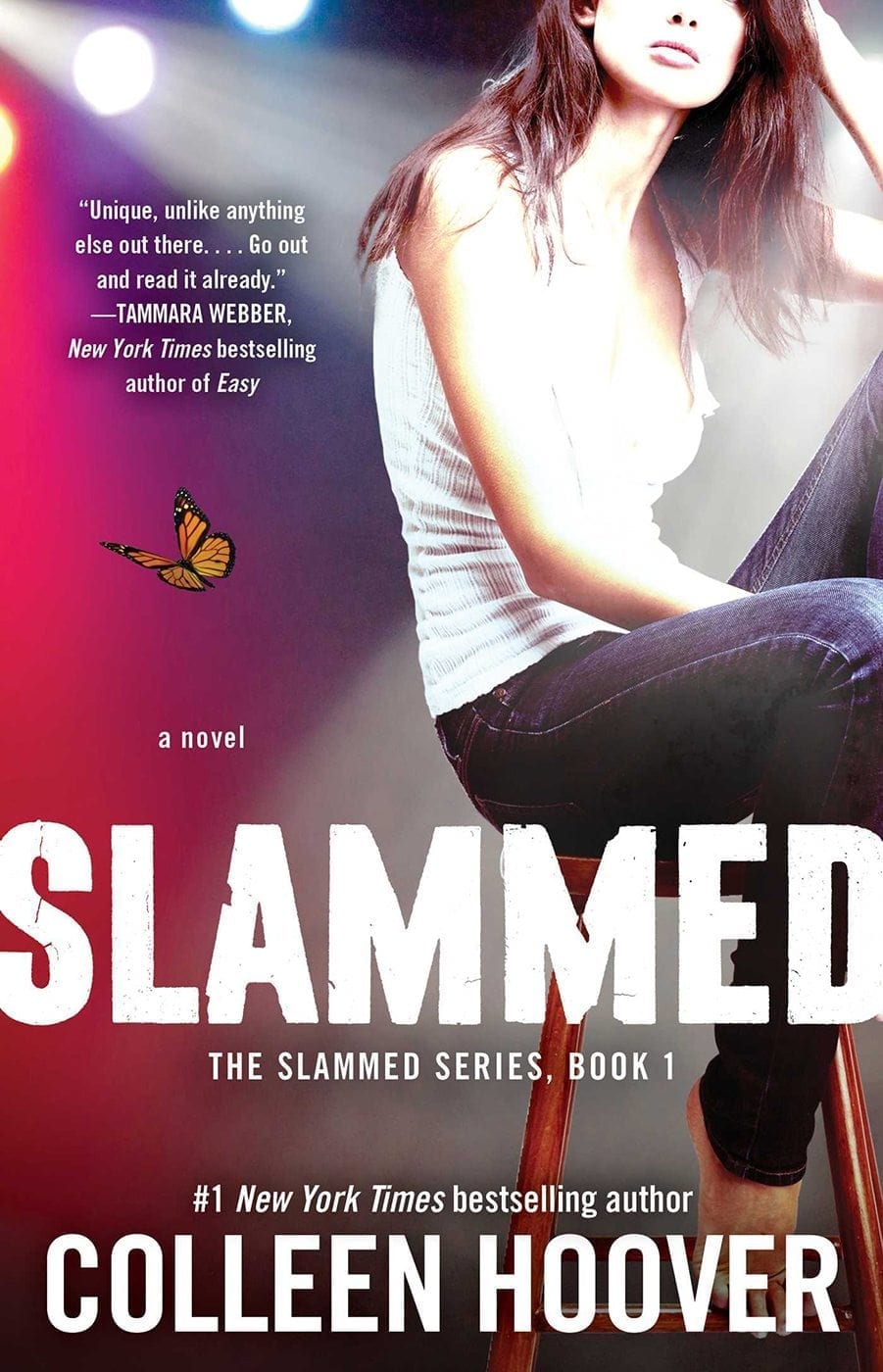 Layken is ecstatic when Will moves onto her street. After a dreamy date, the two will learn a devastating fact that will force them apart. Communicating only through their poetry, this strained love affair tests the true strength of love. 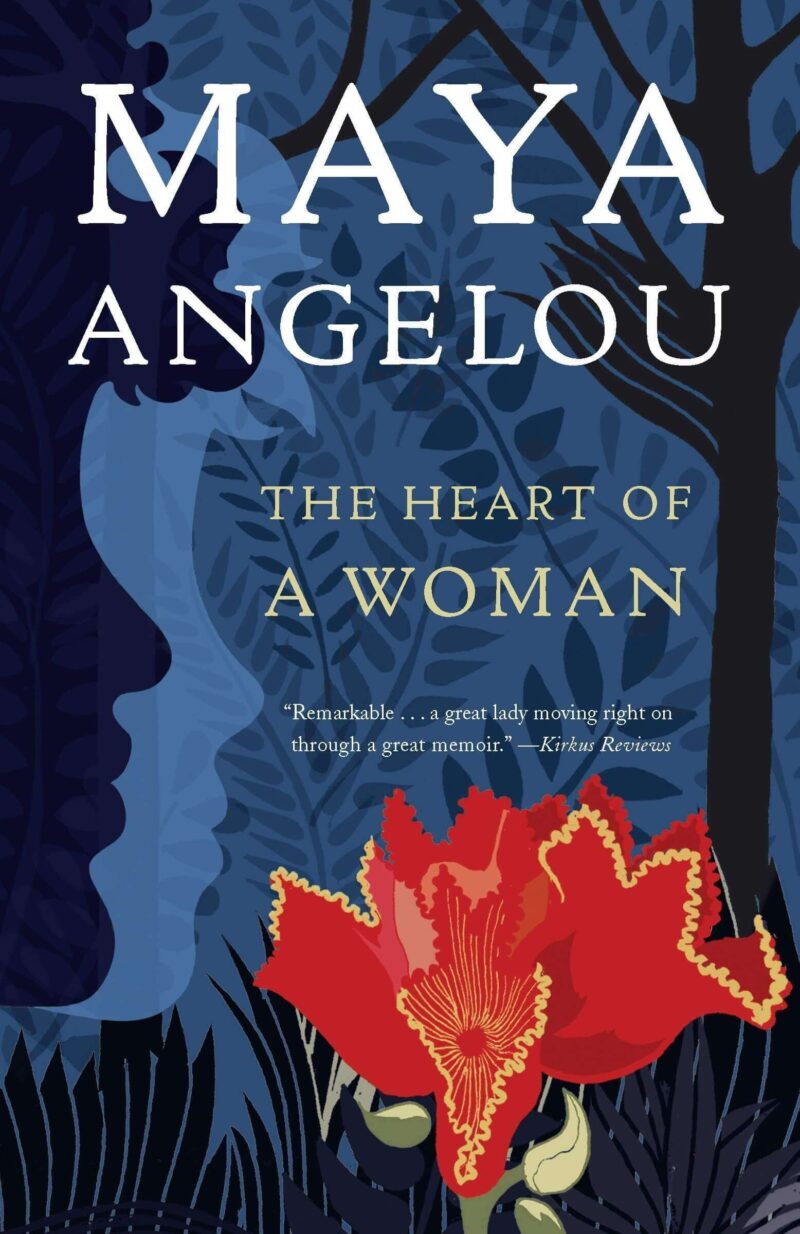 The Heart of A Woman by Maya Angelou

In Angelou’s memoir, she details what it is like to be a black woman and mother in America. When she meets a South African freedom fighter, she gives up everything she knows to travel the world with him, finding new opportunities for change along the way. 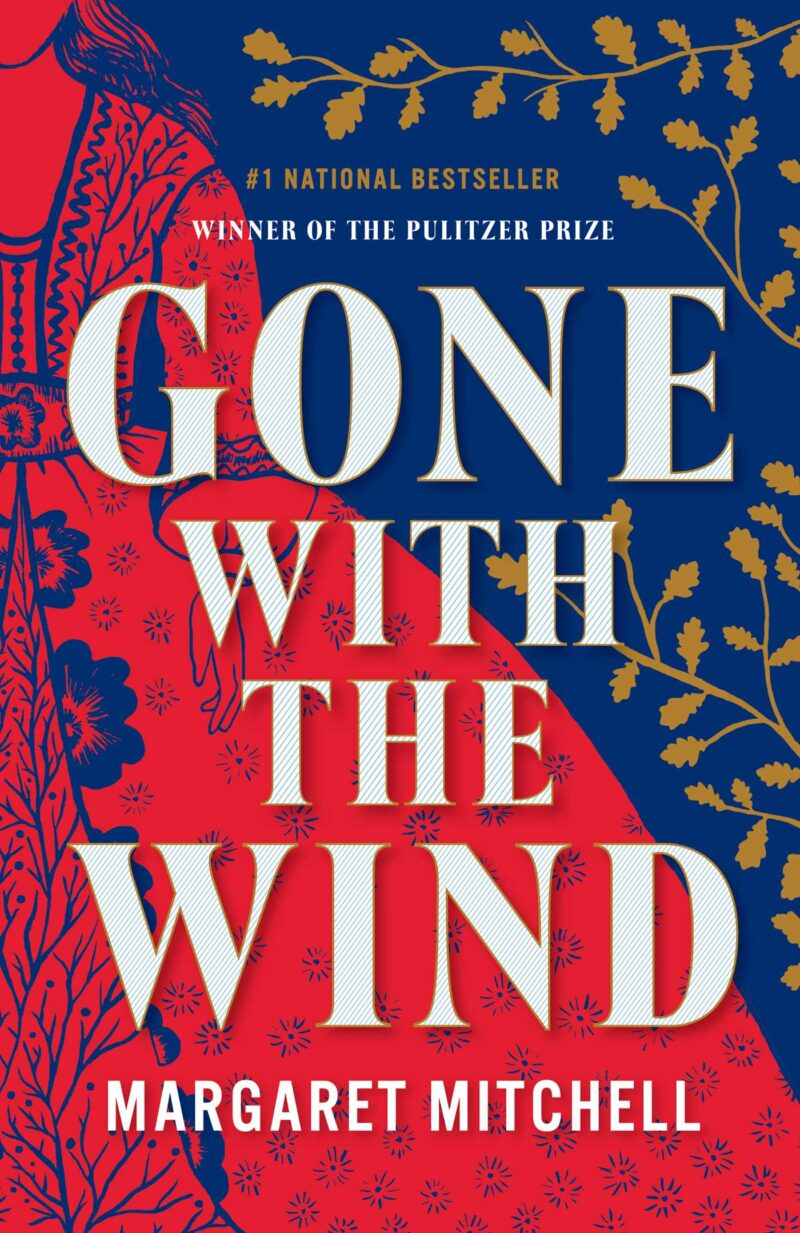 Gone with the Wind by Margaret Mitchell

Scarlett O’Hara, the spoiled daughter of a wealthy plantation owner, is becoming a woman in the midst of the Civil War. Passionate and courageous, Gone with the Wind is a sweeping story of a determined young woman caught up in tangled love affairs. 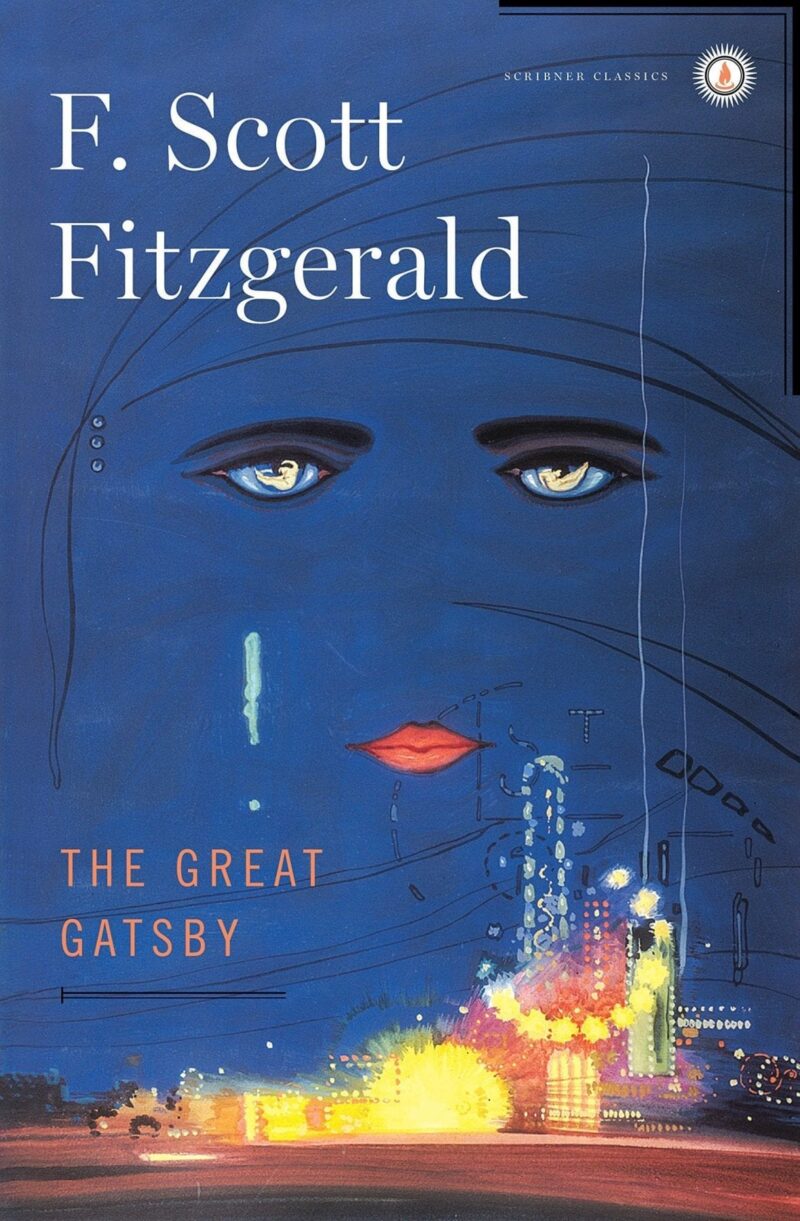 A glamorous story of the Jazz Age, this classic follows Jay Gatsby in his pursuit to reclaim his love with Daisy Buchanan. Through lavish parties and his commitment to getting the girl of his dreams, Gatsby succeeds only to come face-to-face with tragedy. 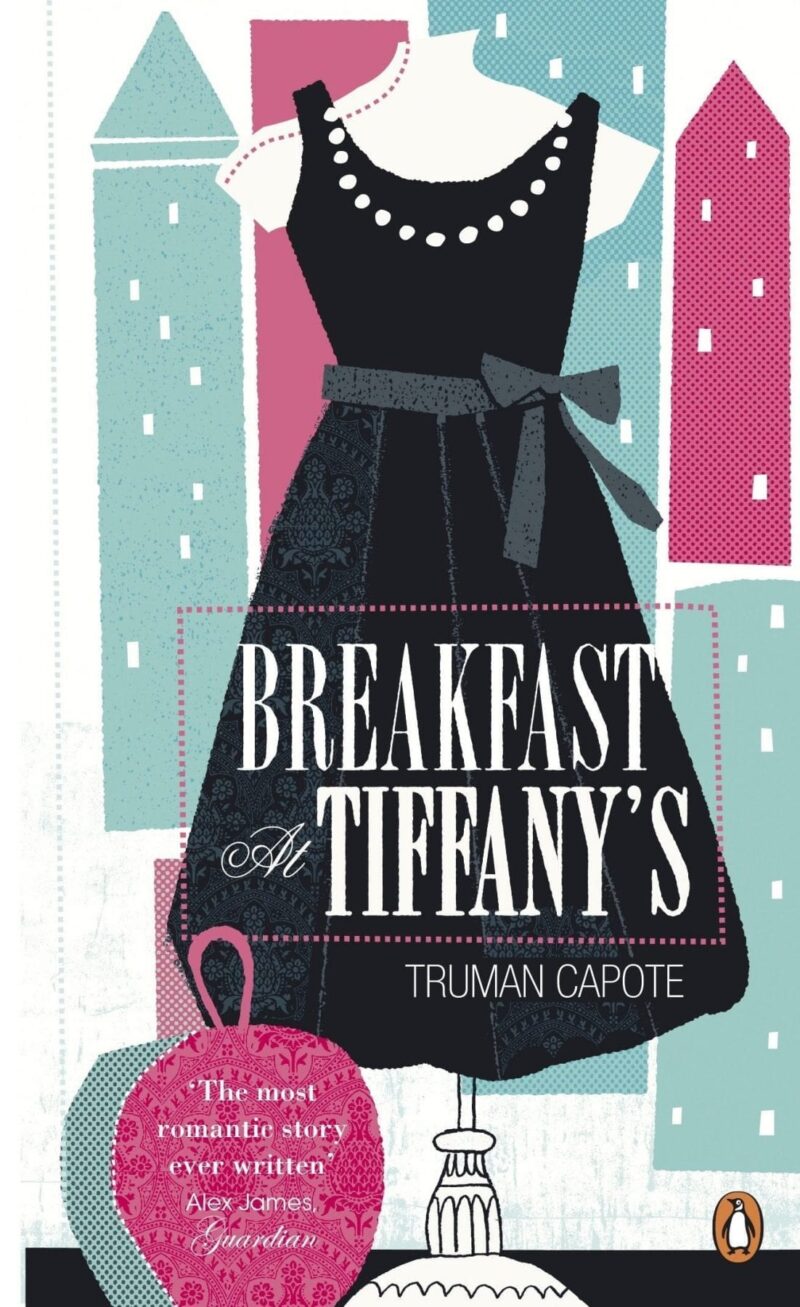 Breakfast at Tiffany’s by Truman Capote

Holly Golightly will always be a literary sweetheart and it’s up to her to decide where her destiny will take her. This gripping story of self-discovery and undeniable love is a classic in every sense of the word. 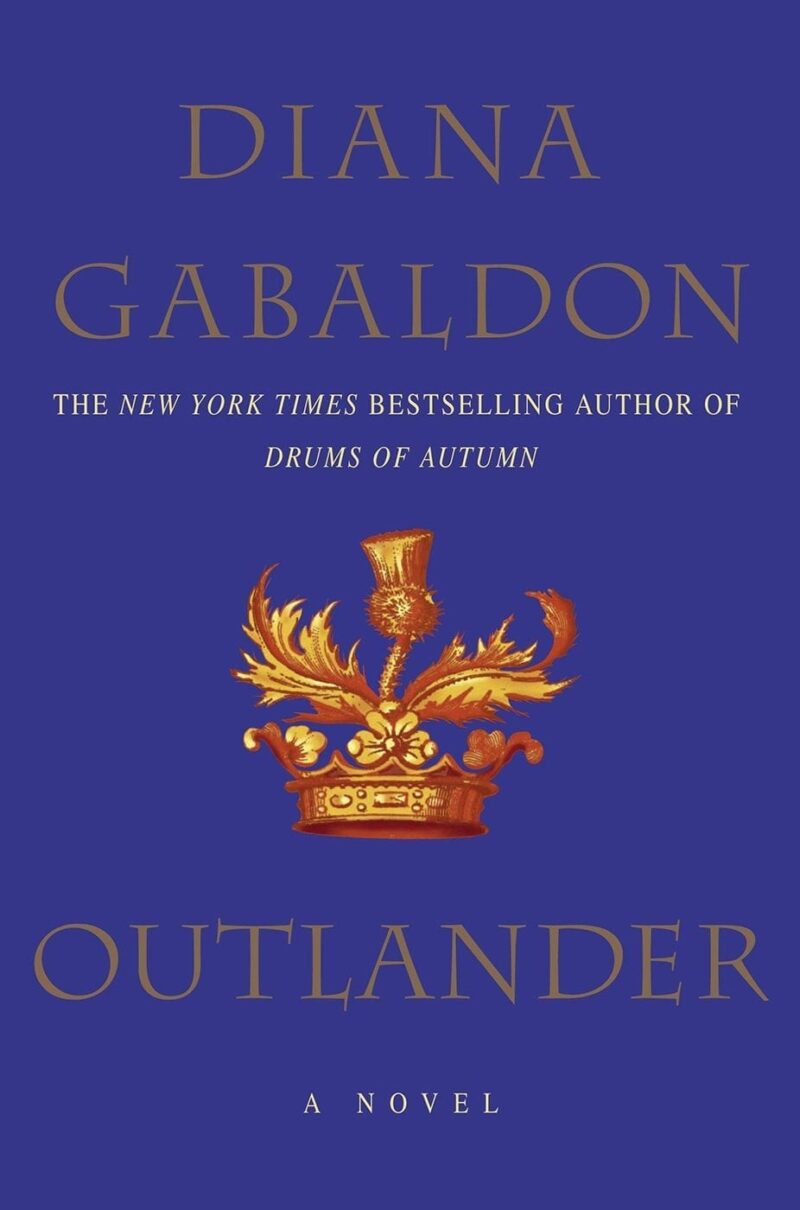 When Claire Randall is sent back in time to 1743, she must rely on a strong Scots warrior if she wants to make it out alive. Facing her current dilemma in a different century, she’ll be forced to choose between the new warrior who has vowed to keep her safe and her husband from her life in 1945. 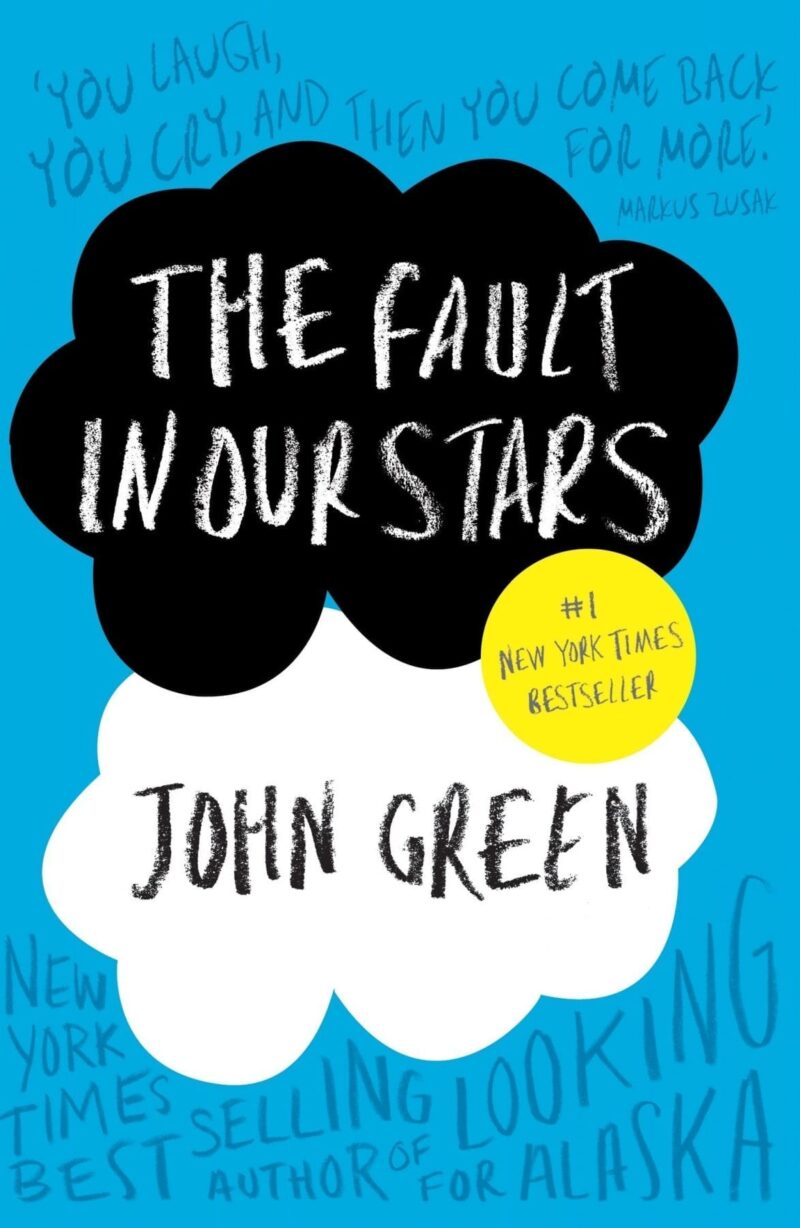 The Fault In Our Stars by John Green

Hazel has known since her diagnosis that her cancer will be the death of her. But, due to a tumor-shrinking miracle, she is not in the last moments of life. She meets Augustus, another cancer survivor, and together they embark on a beautiful and tragic love story that will leave you in tears. 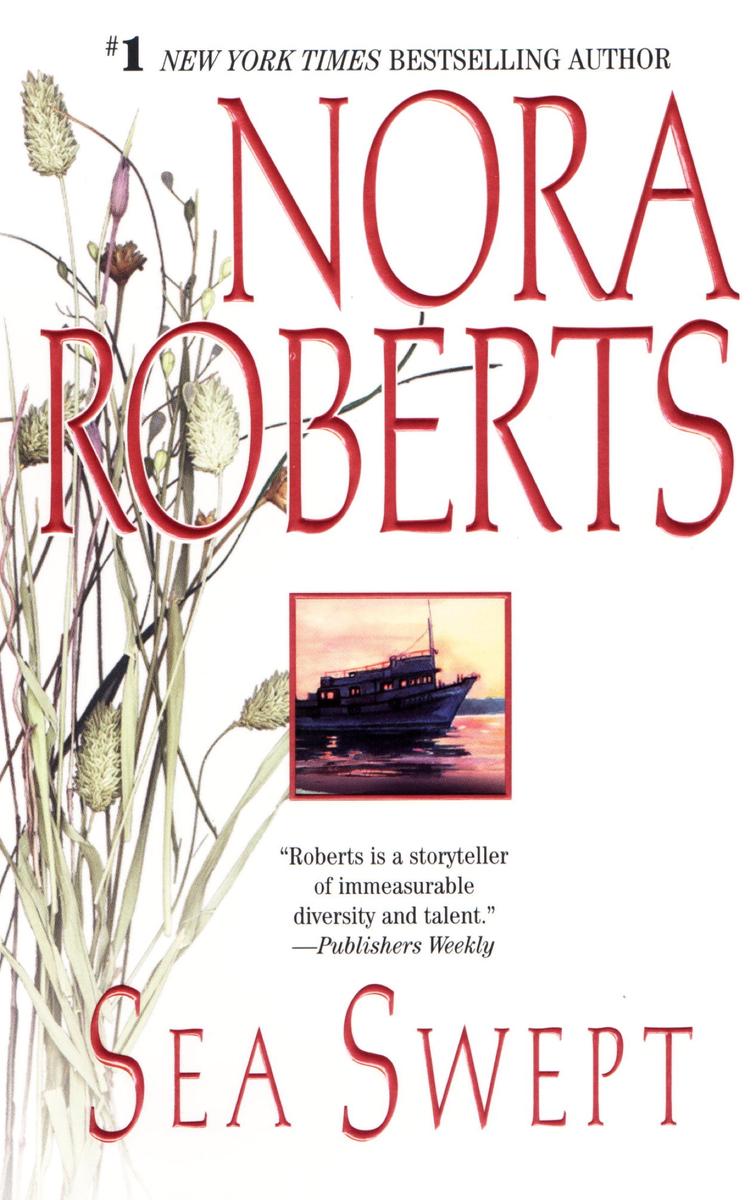 Playboy and champion boat racer Cameron Quinn’s life changes when his dying father asks him to return home to help his brothers care for their younger troubled sibling Seth. Through rivalries and resentment, the Quinn brothers will create a new family dynamic. When a beautiful social worker descends on the family to decide Seth’s fate, it will either bring the Quinn boys together or tear them apart. 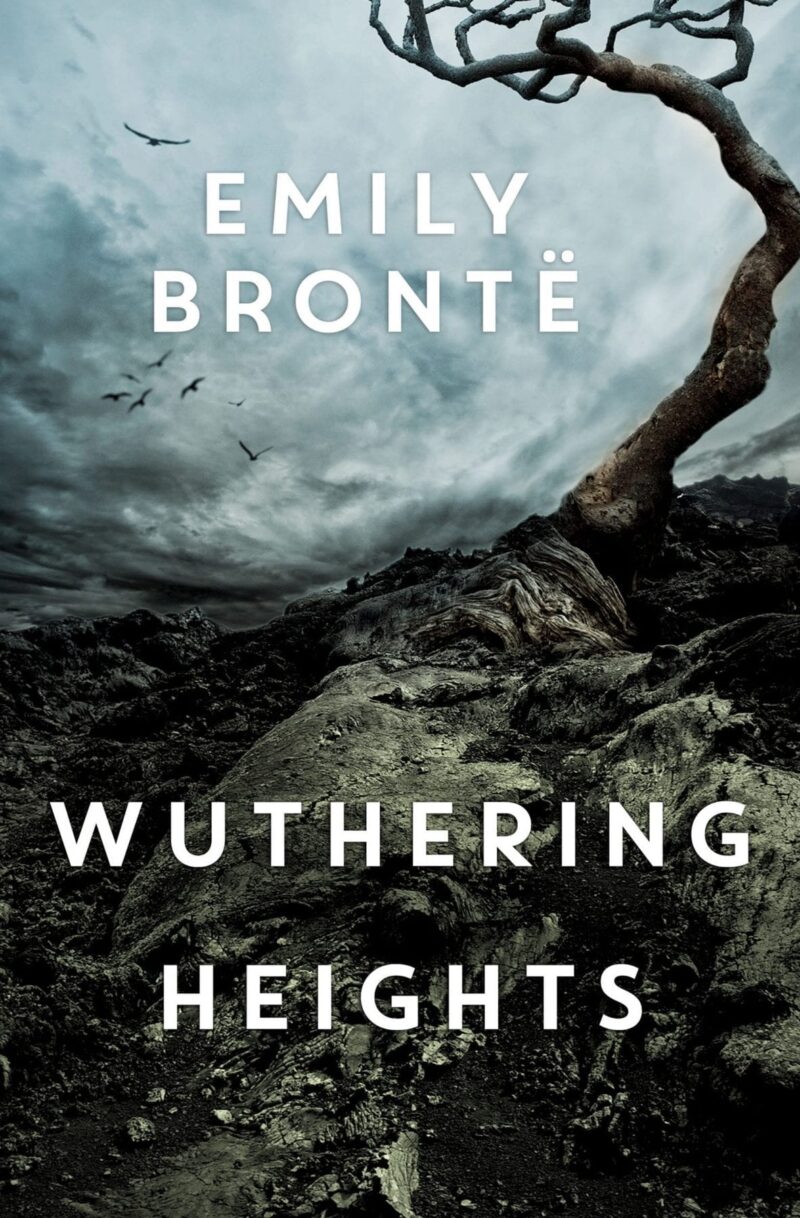 Catherine Earnshaw is caught between two men and the expectations of class. Having fallen for the tortured yet gentle Heathcliff, she can’t imagine a life with the elite Edgar Linton. This classic novel is an epic romance you can’t miss. 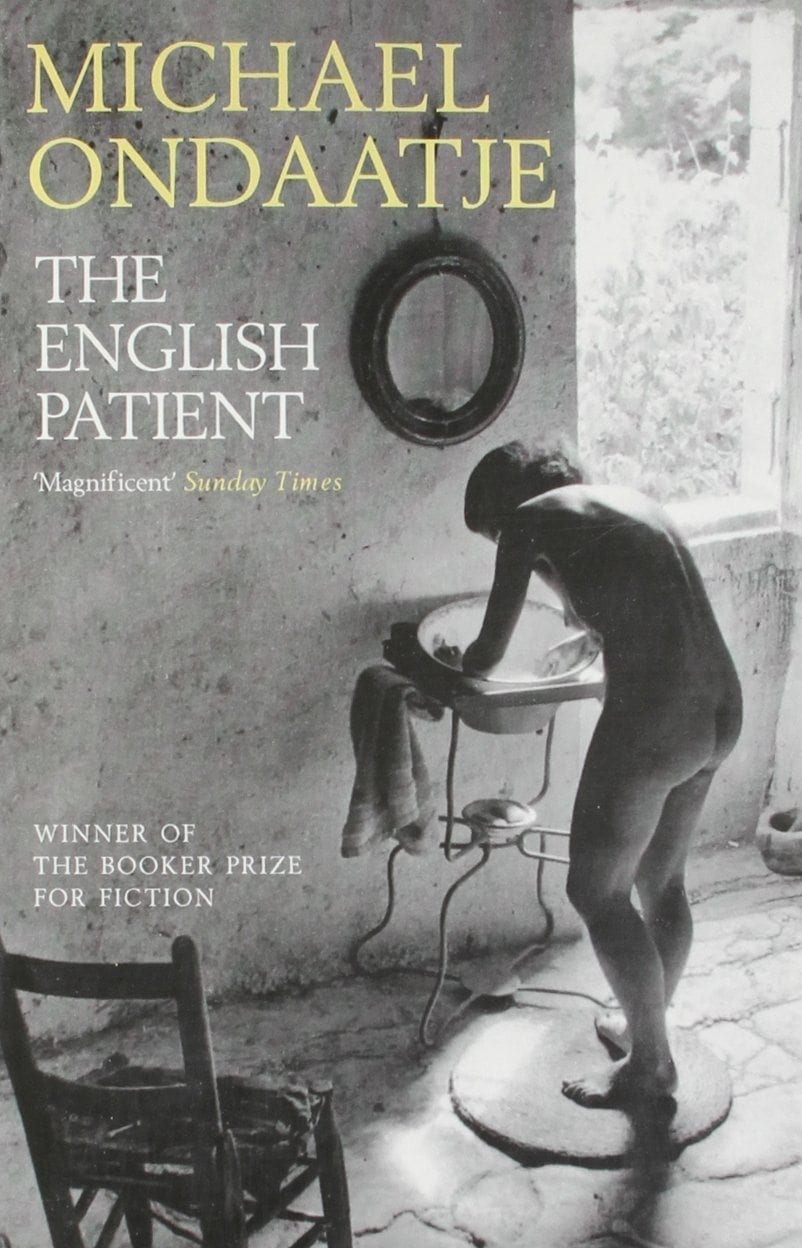 The English Patient by Michael Ondaatje

A story about the intersection of four people’s lives after World War II, The English Patientexamines the effects of love and the depths people go to in order to acquire it. The poetic language in this novel is enough to make you fall in love. 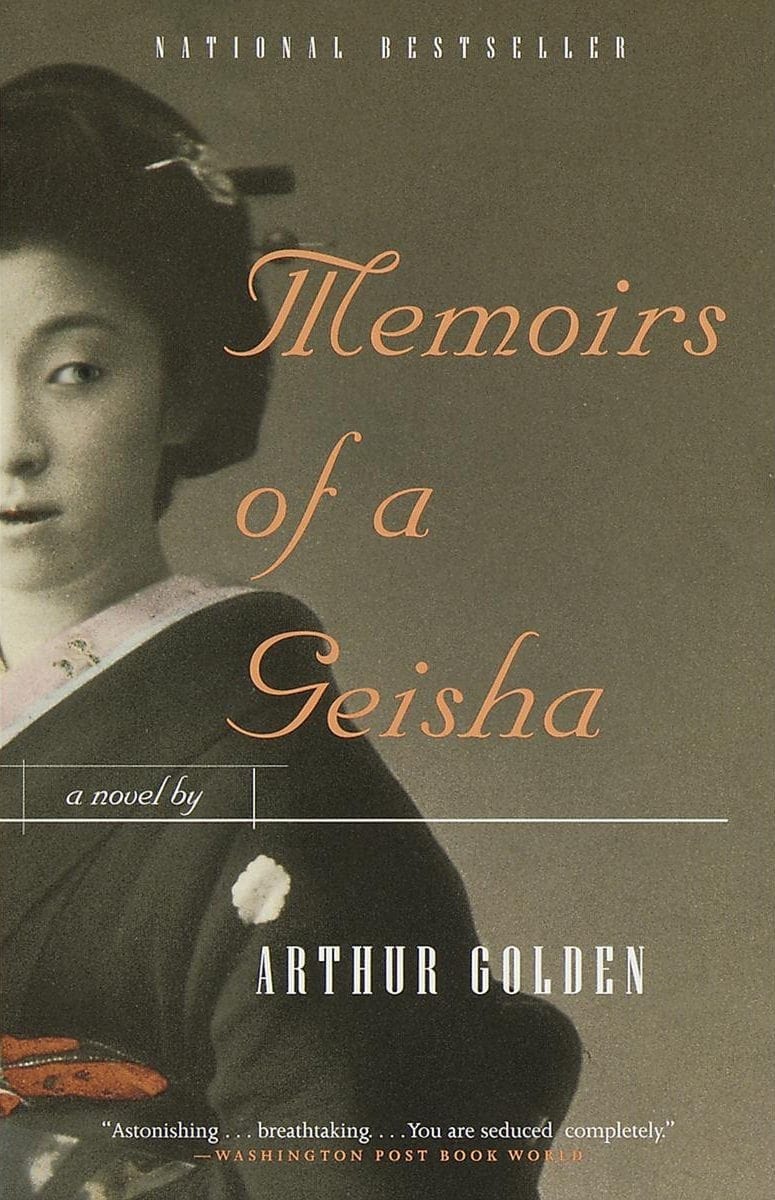 Memoirs of a Geisha by Arthur Golden

This highly celebrated novel follows one of Japan’s most famous geisha and her journey through the difficult and forced process of becoming a geisha. Despite early struggles in her life, everything will change when she meets a man she can’t help but fall in love with. 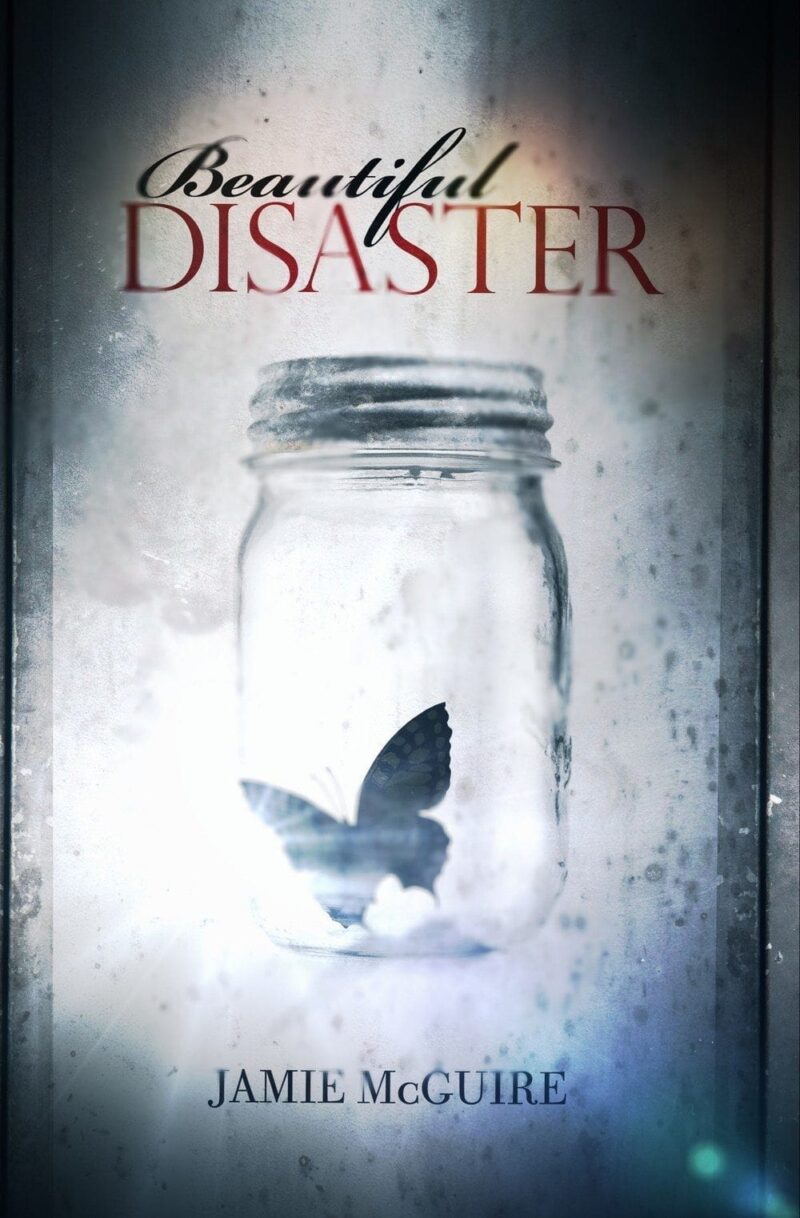 The classic story of a nice girl who falls for a bad boy, Beautiful Disaster follows Abby through her first year of college. When she makes a bet with the intriguing Travis Maddox, she’ll find that there’s more to him than meets the eye. 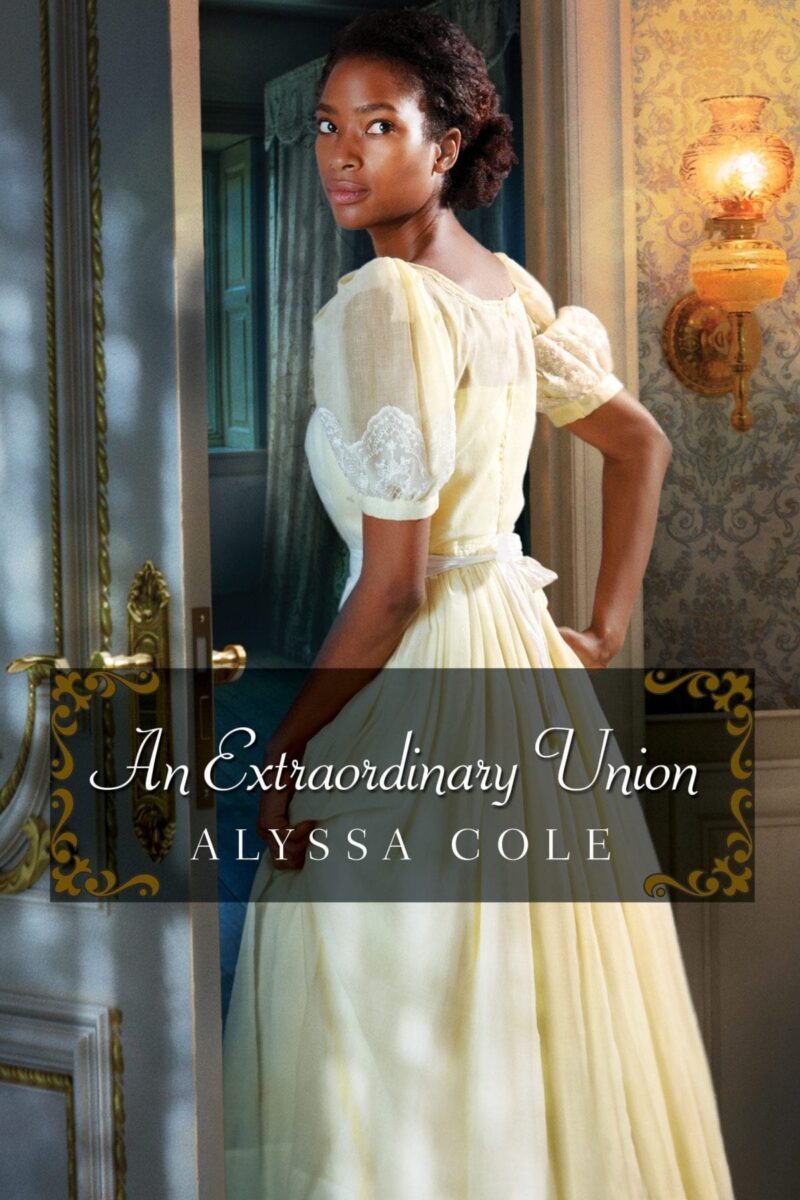 An Extraordinary Union by Alyssa Cole

Both Elle and Malcolm are undercover agents risking their lives in the deep South during the Civil War. As they get deeper into wartime infiltrations, the two will find an attraction they can’t avoid – the perfect book for fans of historical romances. 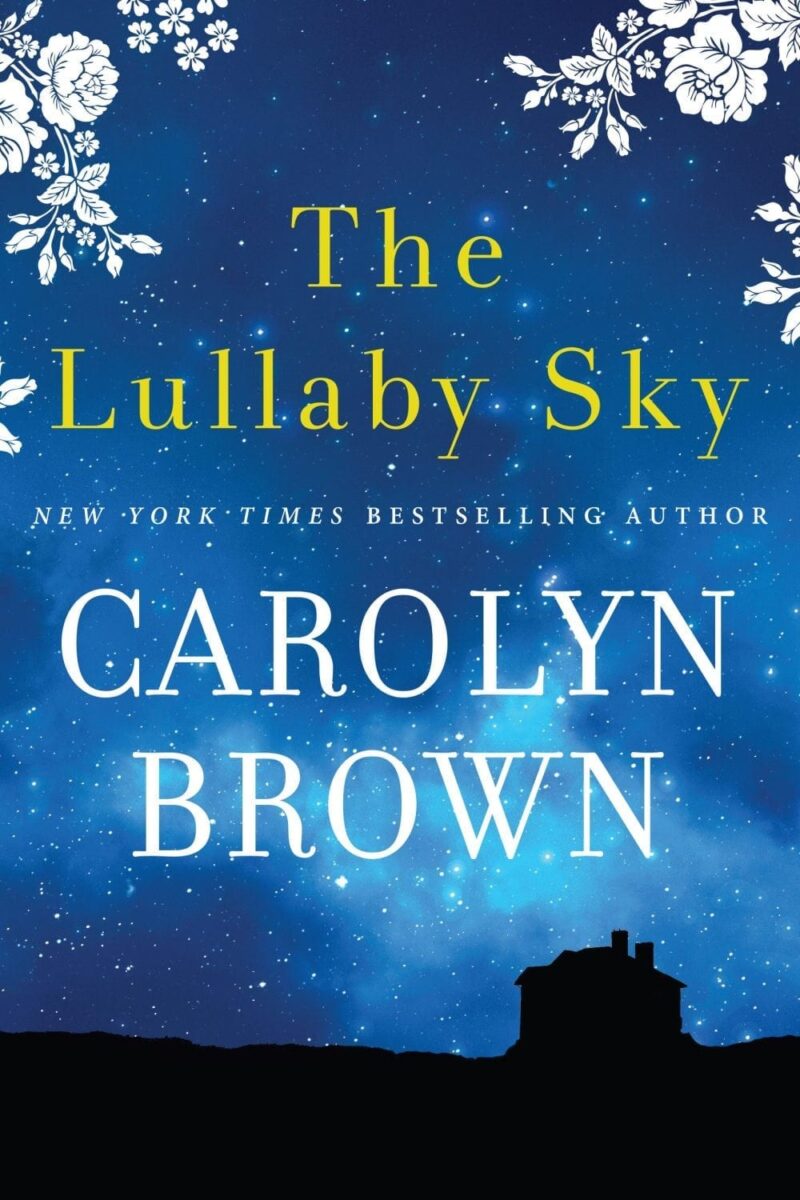 The Lullaby Sky by Carolyn Brown

Hannah O’Malley has finally escaped the grasp of her abusive husband. With the help of her friends and an old high school crush, she’ll open up her house to other women who have been abused. A story about new love and second chances, The Lullaby Sky shows the true strength of women.