If you love watching The Holiday on the small screen every season, you’re certainly not alone. We’ve picked out ten festive love stories to read once the credits roll. This romance round-up will get you ready for the holidays in the best possible way. So open up your heart and open up one – or all – of these books and get ready to meet that special someone underneath the mistletoe. 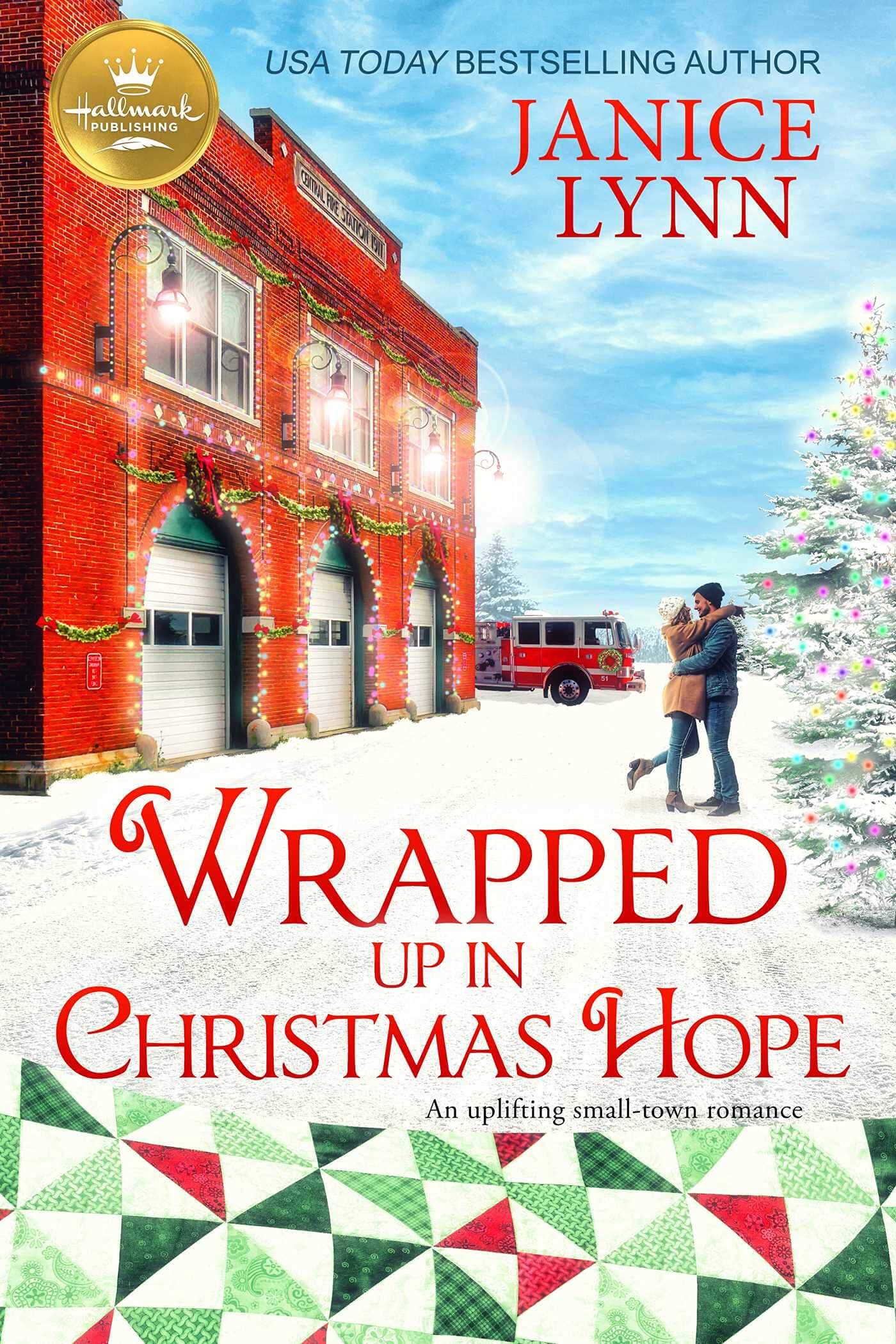 Wrapped Up in Christmas Hope by Janice Lynn

After the untimely loss of her adventure-seeking husband, Morgan decides to start a new life with her son in the small town of Pine Hill, Kentucky. Firefighter Andrew has been living here for a long time, and while he loves his job as a fireman, he’s ready for more. Longing to become a smokejumper and battle fires across the country, he’s torn between leaving all that he knows in exchange for fulfilling his dreams. But when he meets Morgan during a volunteer event, a different kind of spark ignites. As their romance starts to heat up, Andrew begins to have second thoughts about what his future holds. 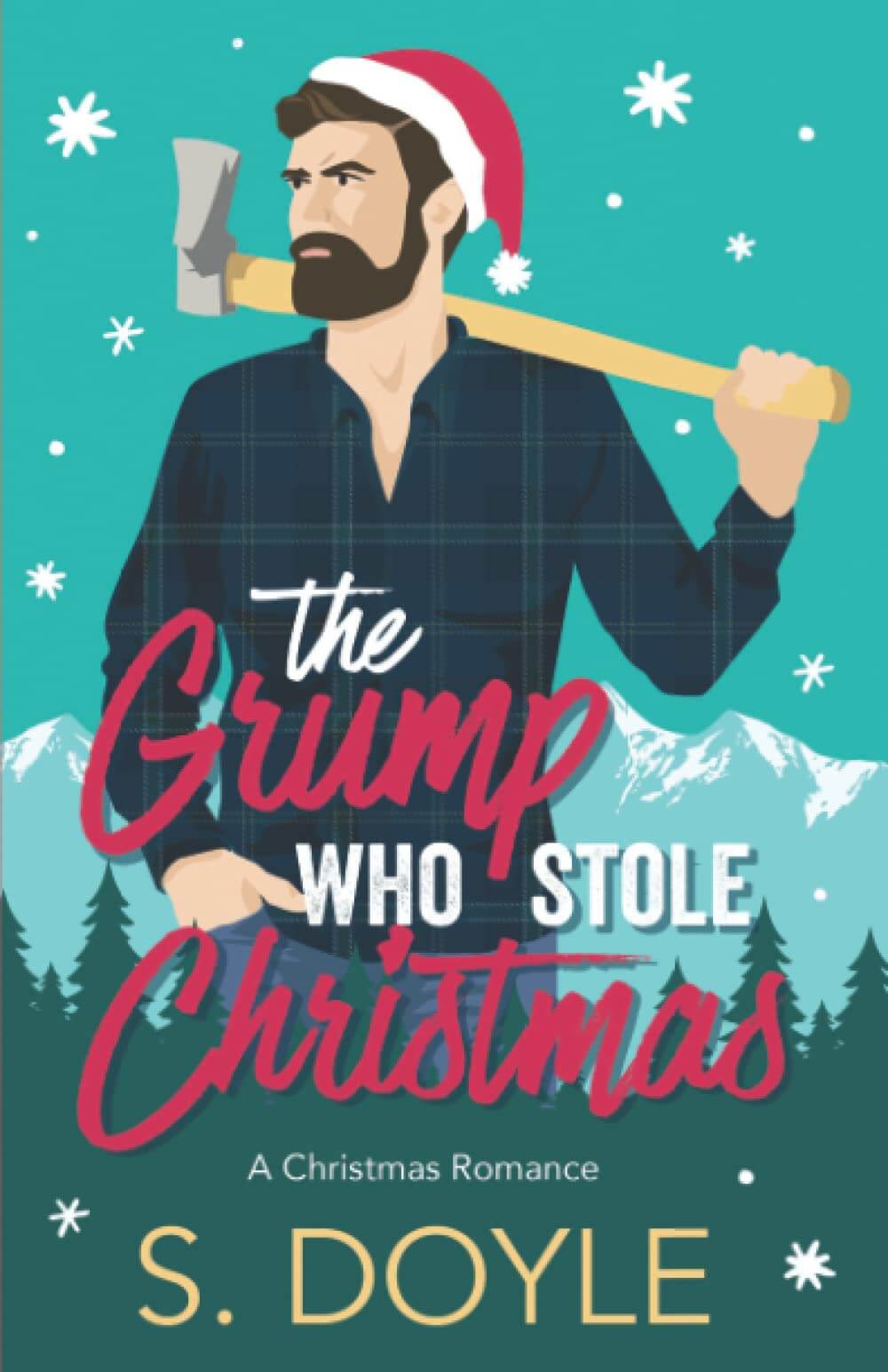 The Grump Who Stole Christmas by S. Doyle

Kristen is home for the holidays and looking forward to spending time with her family. But when her dad breaks his leg while hanging decorations, everything starts to fall apart. Her brothers don’t see eye to eye on the best way to take care of their dad, and amid all this madness, the family business is failing. While trying to figure out a way to turn the Kringle Inn around, Kristen encounters one of the new employees who seems grouchy, rude, and has a major attitude. But they must come together to find a way to save the business and Christmas, while surprisingly falling in love along the way. 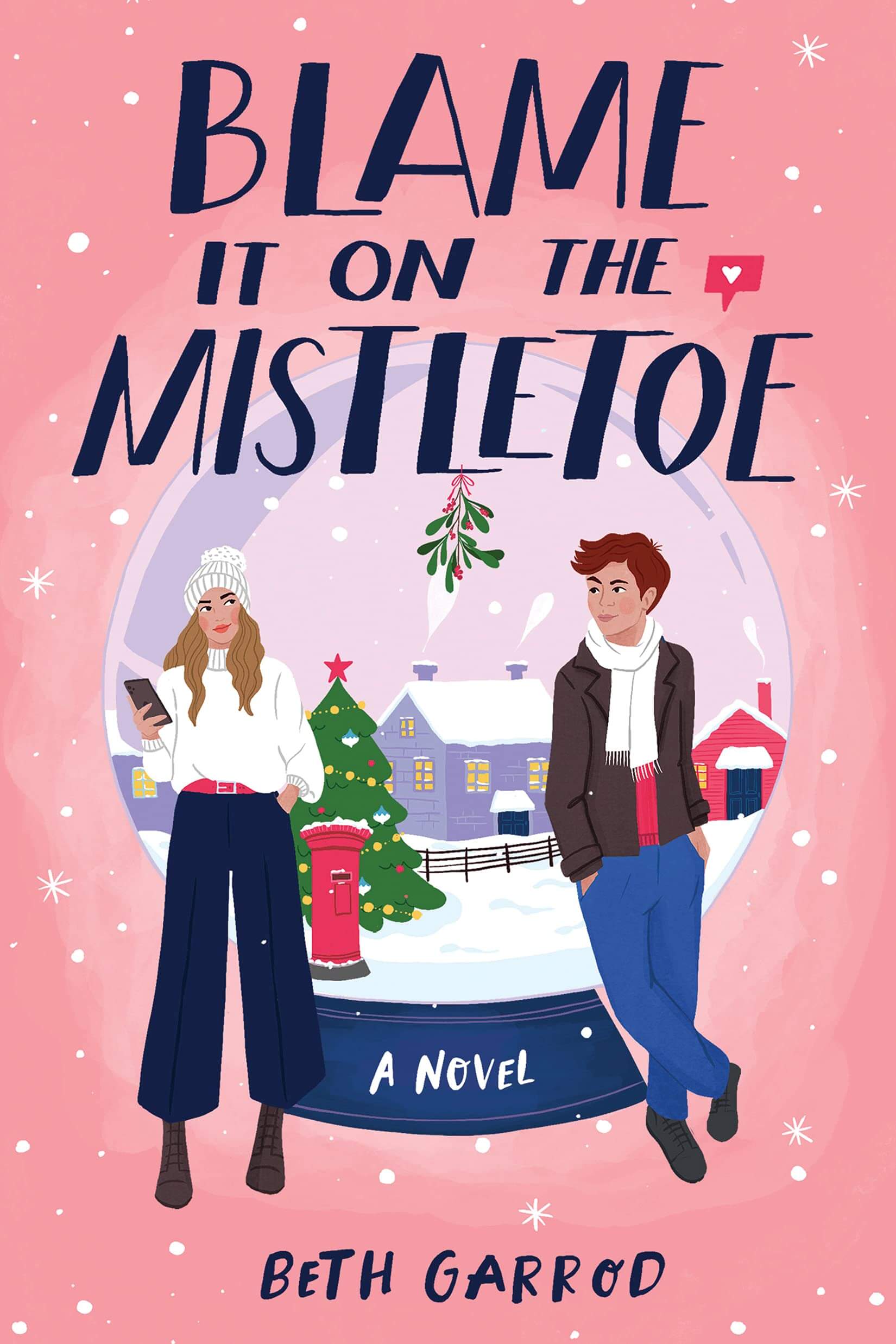 Blame It on the Mistletoe by Beth Garrod

Elle is a social media influencer looking to gain some followers this holiday season. So, she finds a fan to swap places with her to get some new content in England while Holly hopes to gain a fresh perspective in America. After an awkward encounter with her ex, Holly is ready to enjoy the holidays without any distractions, but she wasn’t expecting Elle’s twin brother to be so attractive. Meanwhile, Elle stumbles upon a cutie across the street and starts to wonder if her holiday plans are suddenly switching from all business to include a little bit of pleasure. 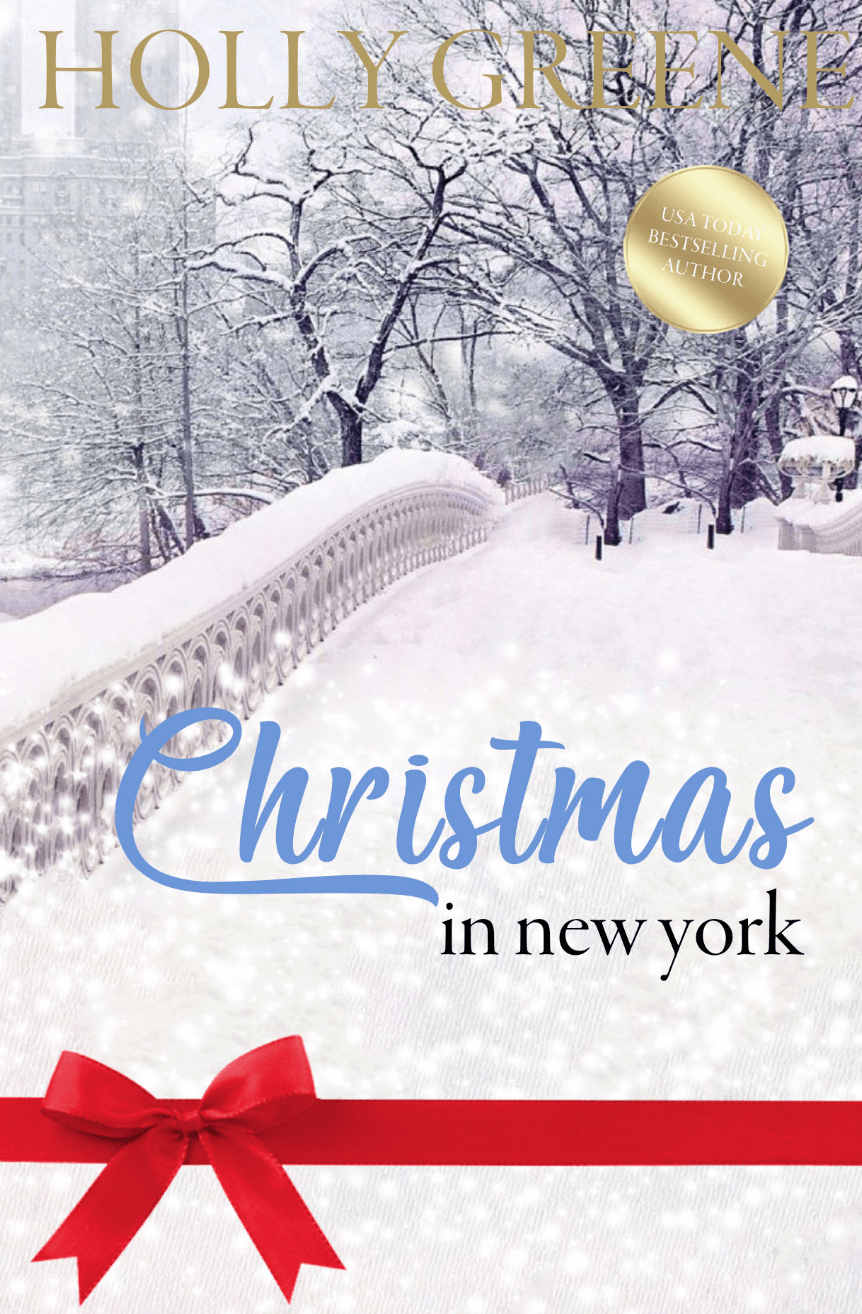 When Beth gets a message to head to the famous Fifth Avenue Tiffany’s store in New York, she is both curious and excited. Once she arrives and finds a little blue box, she can’t help but think this is a dream, straight out of the movies. This clue is one of many that sends her on a scavenger hunt all over Manhattan, leading her through the city on a festive hunt for a hidden treasure. With every stop, Beth is more anxious to find out who this secret admirer could be and if this is the start of her happily ever after. 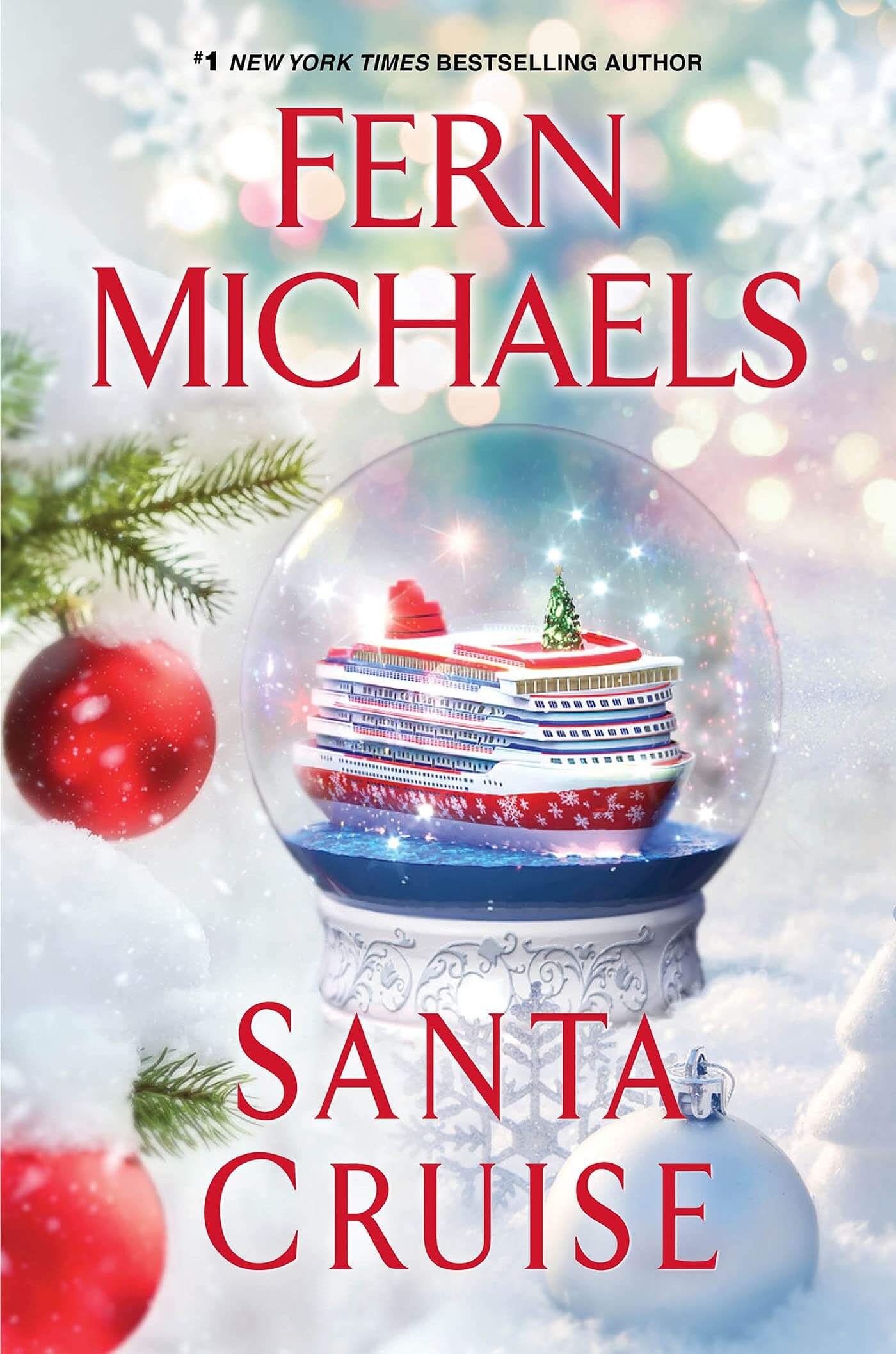 It’s been fifteen years since high school friends Amy, Rachael, Frankie, and Nina have graduated and they’re ready to create their own reunion. Through the ups and downs of life, they are now all single and ready to mingle. What better way than a singles cruise, setting sail for the new year? With plenty of eligible bachelors, endless entertainment options, and lots of planned excursions, everyone is guaranteed to have a good time. As these four friends embark on an adventure of a lifetime, they will realize that the greatest love of all is the friendship that they share. 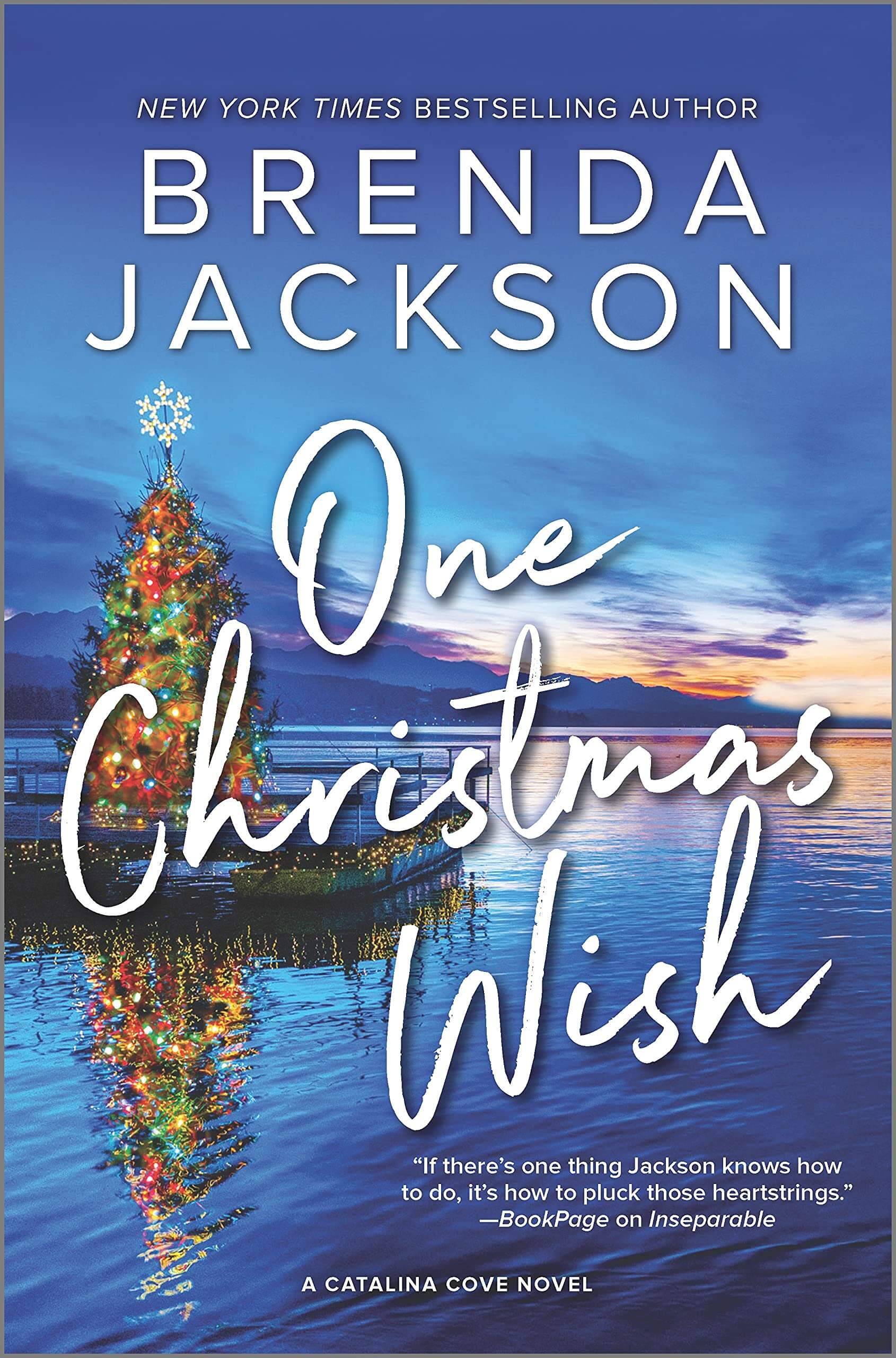 One Christmas Wish by Brenda Jackson

After fighting her way out of a troubled marriage, Sierra finally finds a way to start over and opens a soup café. Feeling settled in with her six-year-old goddaughter, the last thing she is looking for is another relationship to upend her stability. But all that changes when Vaughn Miller walks into her store. Back in town after spending two long years in prison for a crime, he didn’t commit, he’s also looking for a fresh start. It doesn’t take too long for both of them to give in to temptation and try their luck at love again. Vaughn is convinced that Sierra is his true love, and he’s going to prove it to her this Christmas. 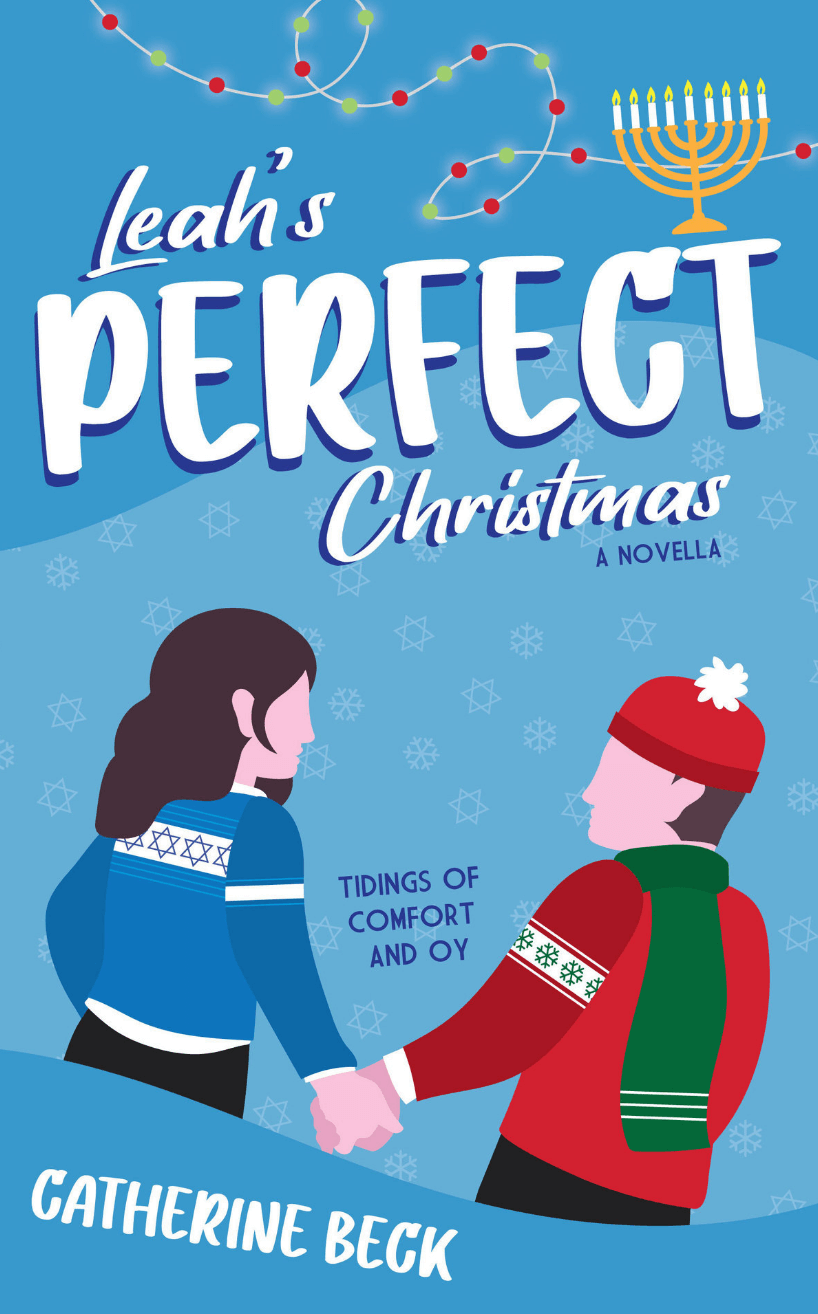 Although Leah is a nice Jewish girl from Long Island, she can’t help but love all that goes along with Christmas. Captivated by the lights, foods, and festivities, she’s always had an appreciation for the holiday. So when her new boyfriend invites her to enjoy Christmas with his family in Connecticut, she’s all about it. What Leah doesn’t realize is that Graham’s family is not so easy-going, and more concerned about winning Monopoly and cooking the perfect goose. When snide comments start slipping out, Leah wonders if she should have stayed in New York and noshed on Chinese food instead. 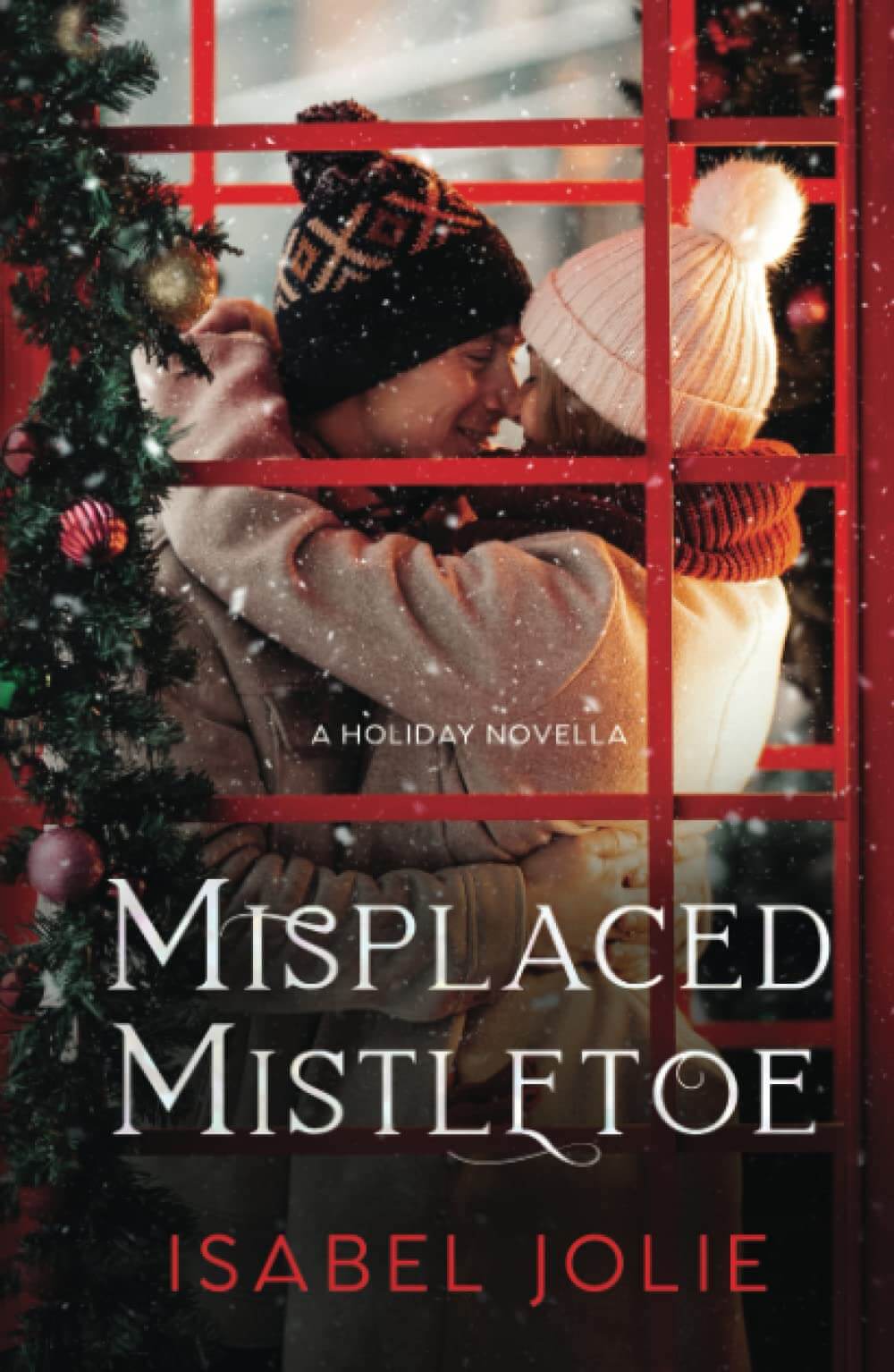 Eight long years ago, Nora experienced the most magical kiss she can remember. But after her boss’s brother ghosted her, she did her best to push the memory aside. When Ashton randomly appears at a holiday party, Nora can’t help but get those butterflies in her stomach, although she won’t give in this time. However, he feels the same way and starts to wonder if he made a huge mistake by blowing Nora off before. With all of his focus on becoming a doctor, he just doesn’t have time for romance. Still, there’s a Christmas chemistry brewing that neither of them can deny, no matter how hard they try. 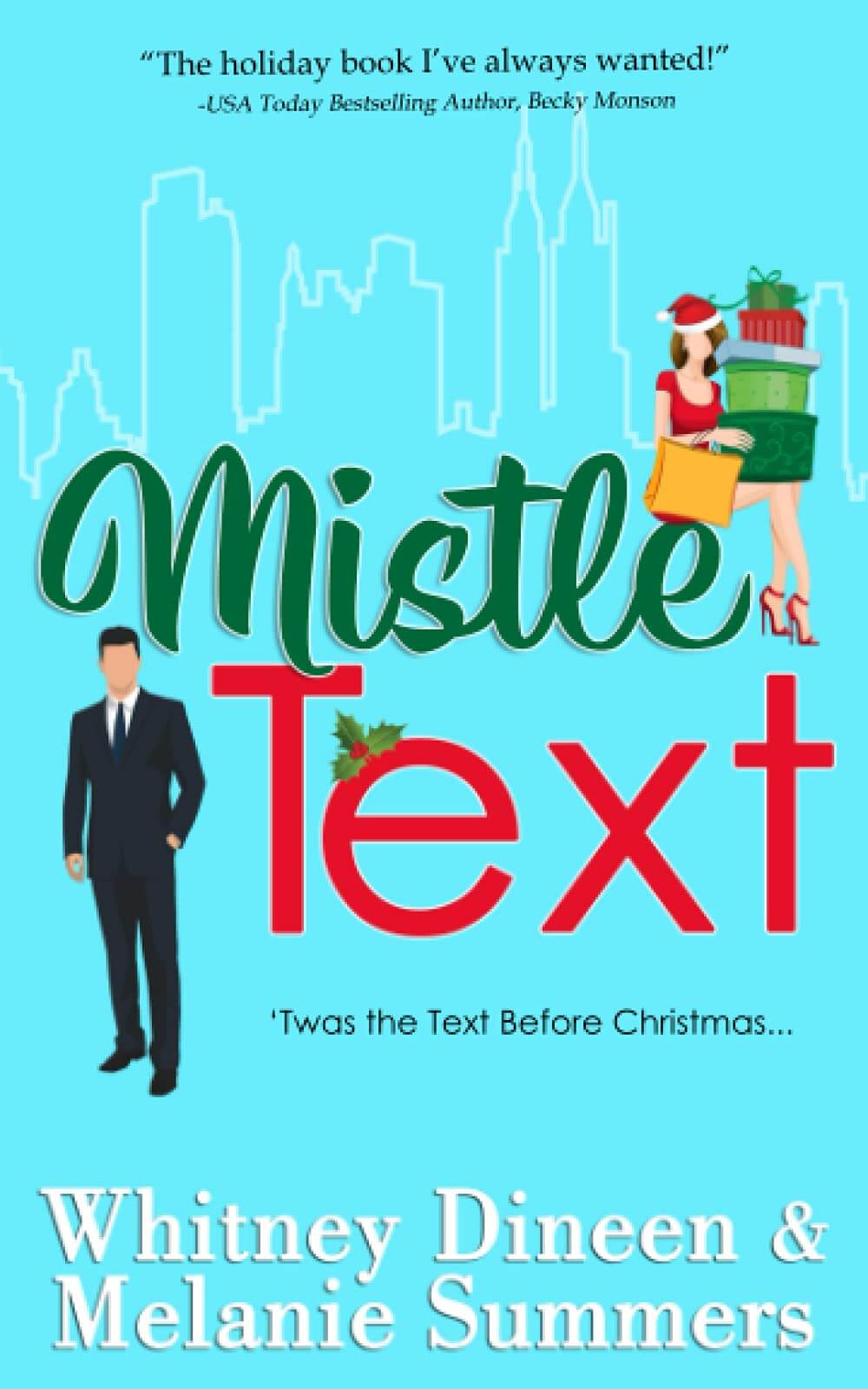 When Holly’s sister and brother-in-law passed away three years prior, she took in their toddler to raise as her own. Now five years old, Holly is the only mother she knows. Determined to give her the best life she possibly can, Holly works several odd jobs to make ends meet. So when her friend Toni gets her a gig as a personal shopper for her grouchy boss, she jumps at the chance to make some extra cash. As a busy investment banker, Archie has no time for Holly’s continuous text messages, but the more they communicate, the more he softens, and they both might be in for a surprise romance this holiday. 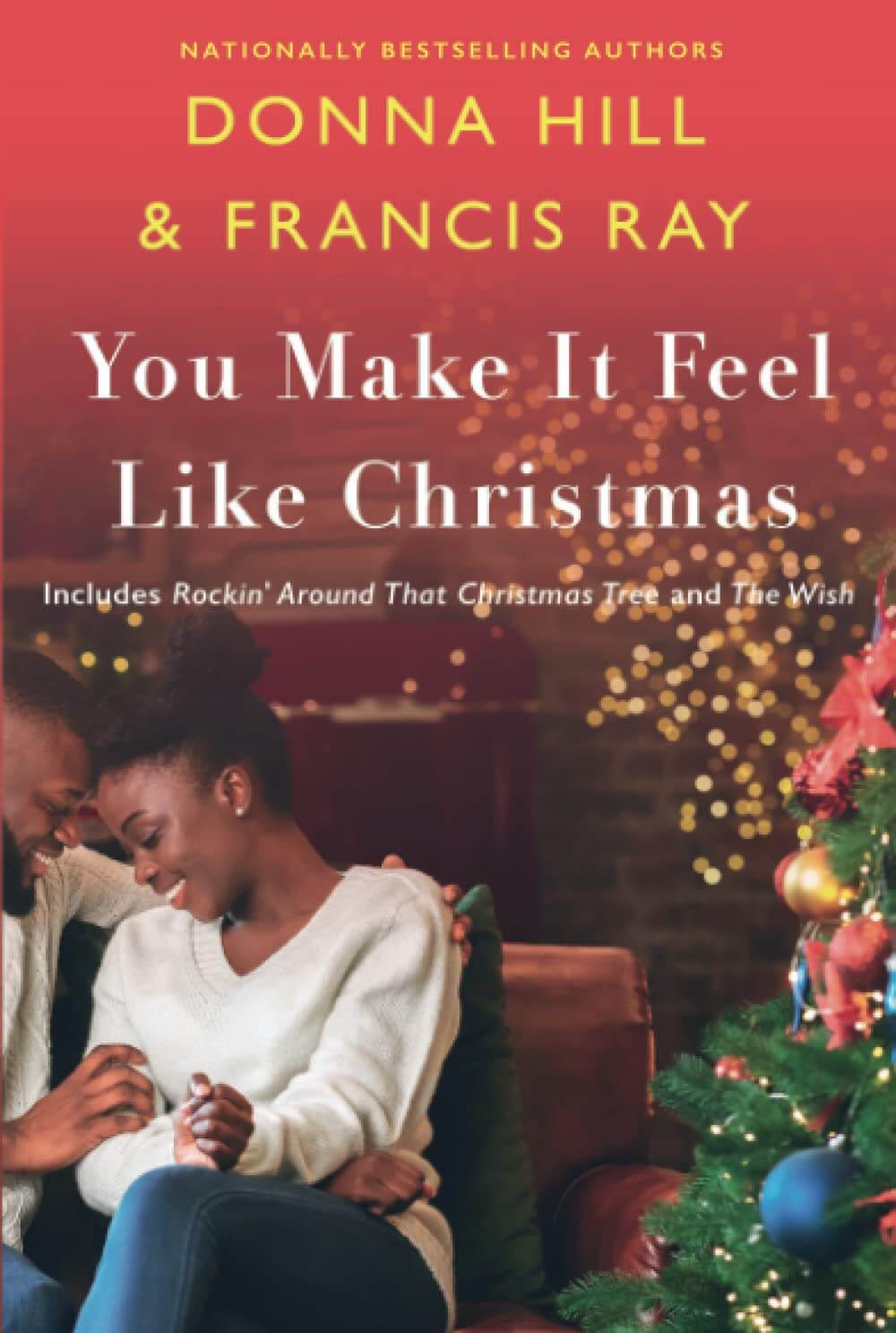 You Make It Feel Like Christmas by Francis Ray

Denise and Edward have been happily married for over twenty years, at least according to Edward. However, Denise shocks everyone at Thanksgiving dinner when she announces that she’s ready to exit the marriage and live life on her own terms. Not only is she planning to leave, but she wants to sell the house, too. Stunned and heartbroken, Edward knows that he can’t let her go like that and must win her back. With a lot of determination and the holiday spirit on his side, Edward just knows they’ll be making out under the mistletoe by Christmas morning.

Love the movie Love Actually? Here’s our roundup of 10 books to read if you’re a fan>>