Every year thousands of our readers vote for their favorite books of the year in the She Reads Best of 2021 Awards. Find out more about the books that were nominated and see which book was voted the Best Historical Fiction Book of 2021. 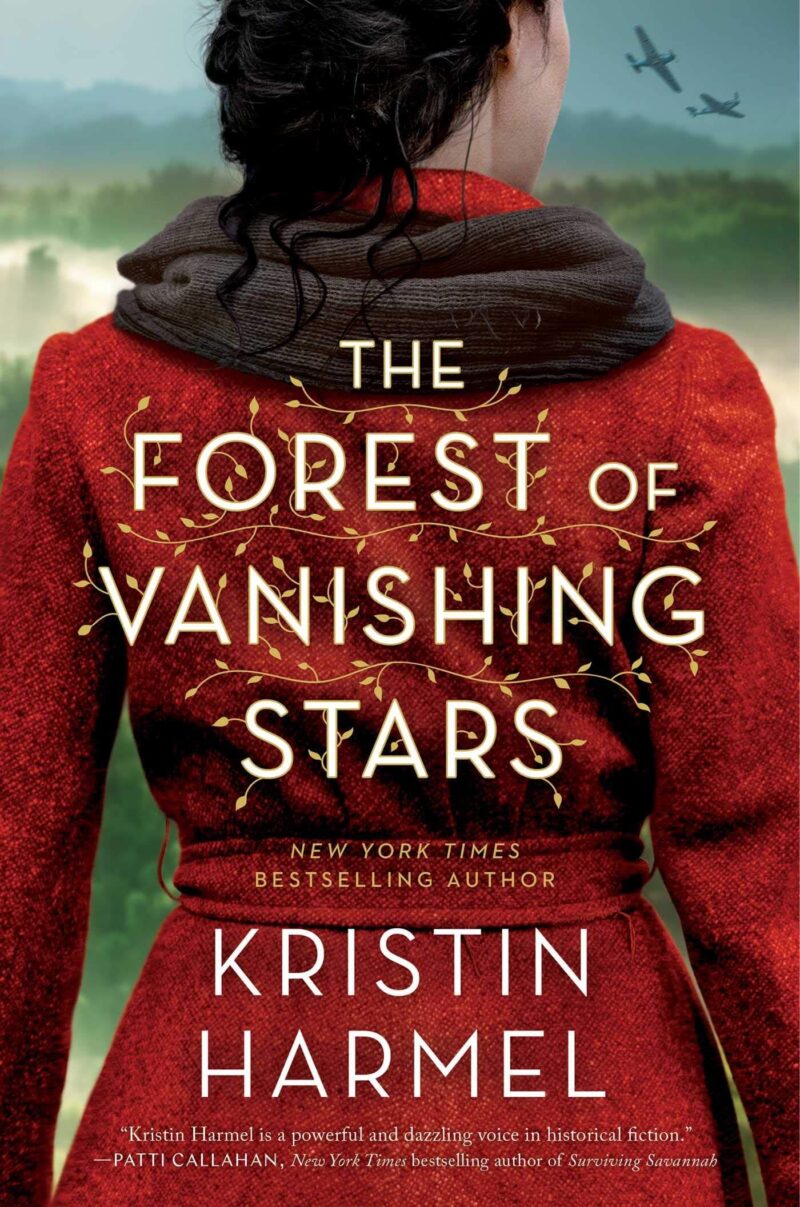 The nominees for Best Historical Fiction of 2021 are: 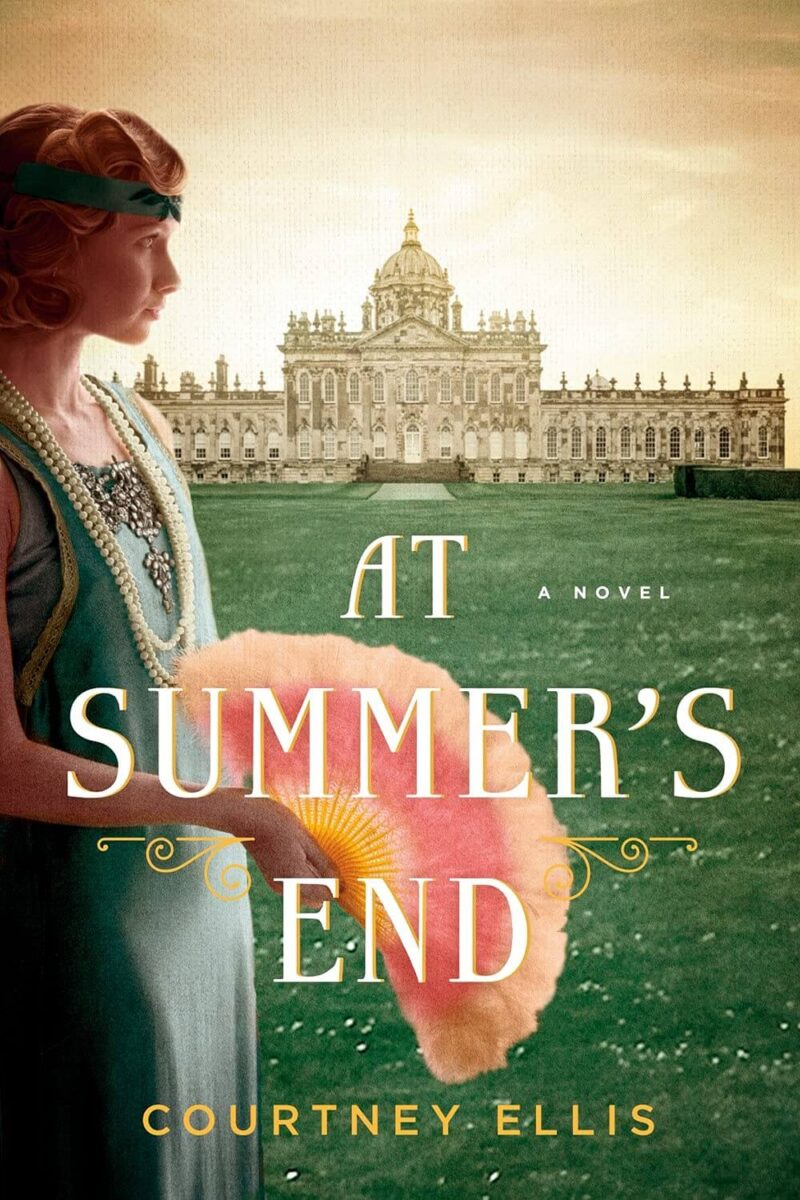 At Summer’s End by Courtney Ellis

Described as Downton Abbey meets Beauty and the Beast, fans of historical fiction love this nominated debut set at the estate of Castle Braemore, where family history and family secrets are one and the same. Since returning from the Great War, the Earl of Wakeford has hardly seen another living soul. His family has accepted that his shame for his battle scars and extreme agoraphobia will keep the earl self-imprisoned forever, and are therefore astonished when he opens his door to their new guest: Alberta Preston. 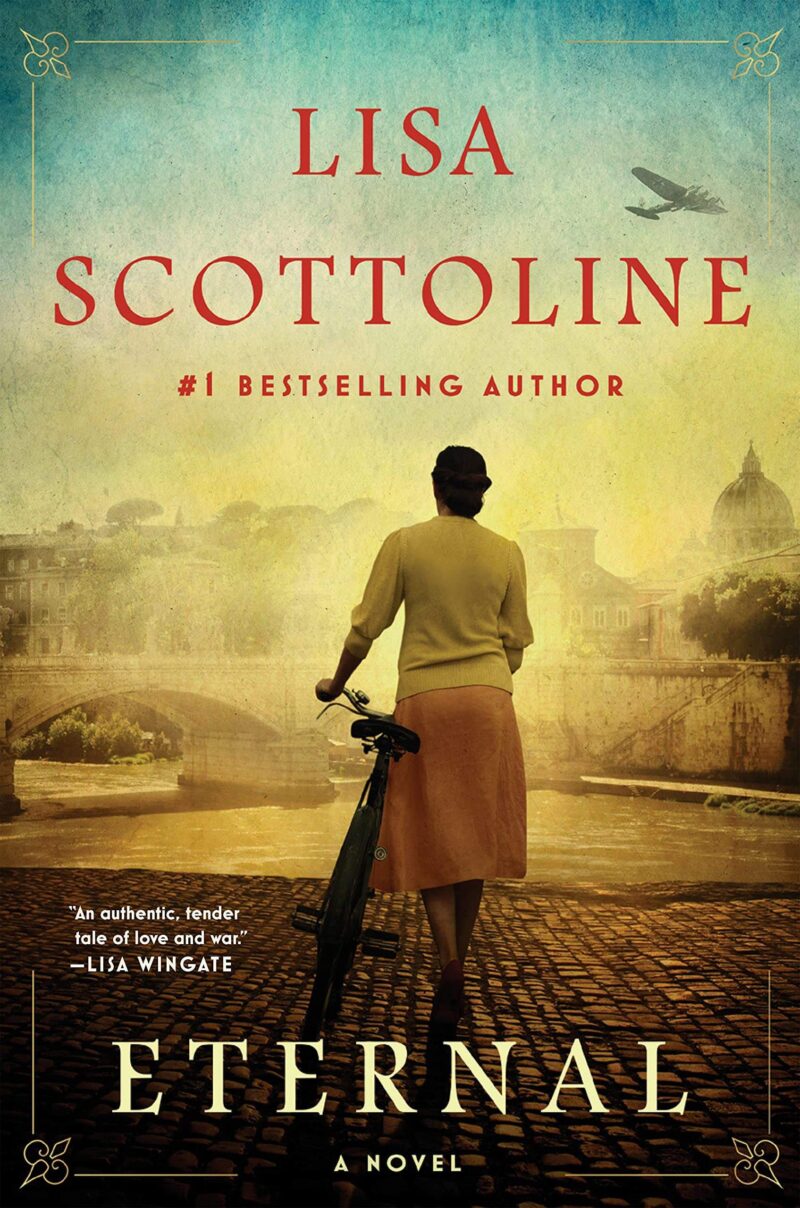 Eternal offers a sweeping epic of historical fiction fueled by shattering true events and a love triangle unfolding in the heart of Rome, all in the encroaching shadow of fascism. It centers around Elisabetta, Marco and Sandro, who grow up as the best of friends despite their differences. Friendship blossoms to love, but everything changes in 1937 when Mussolini asserts his power. In time, their families, homes, and connection to each other is tested, and their intertwined fates decided in this epic story. 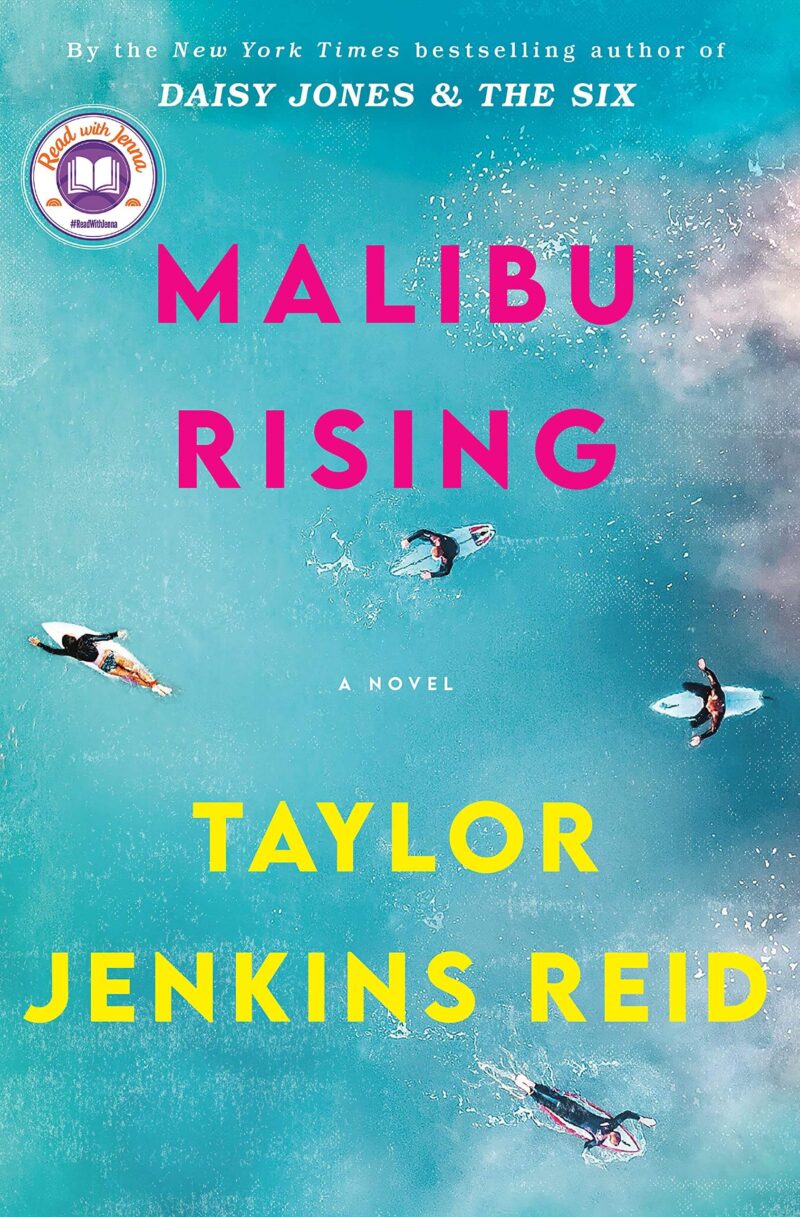 Four famous siblings throw an epic party to celebrate the end of the summer of 1983. But over the course of twenty-four hours, their lives will change forever. It’s truly a night that nobody will forget, especially us, as this nominee is full of fame and family that will keep you guessing until the very end. 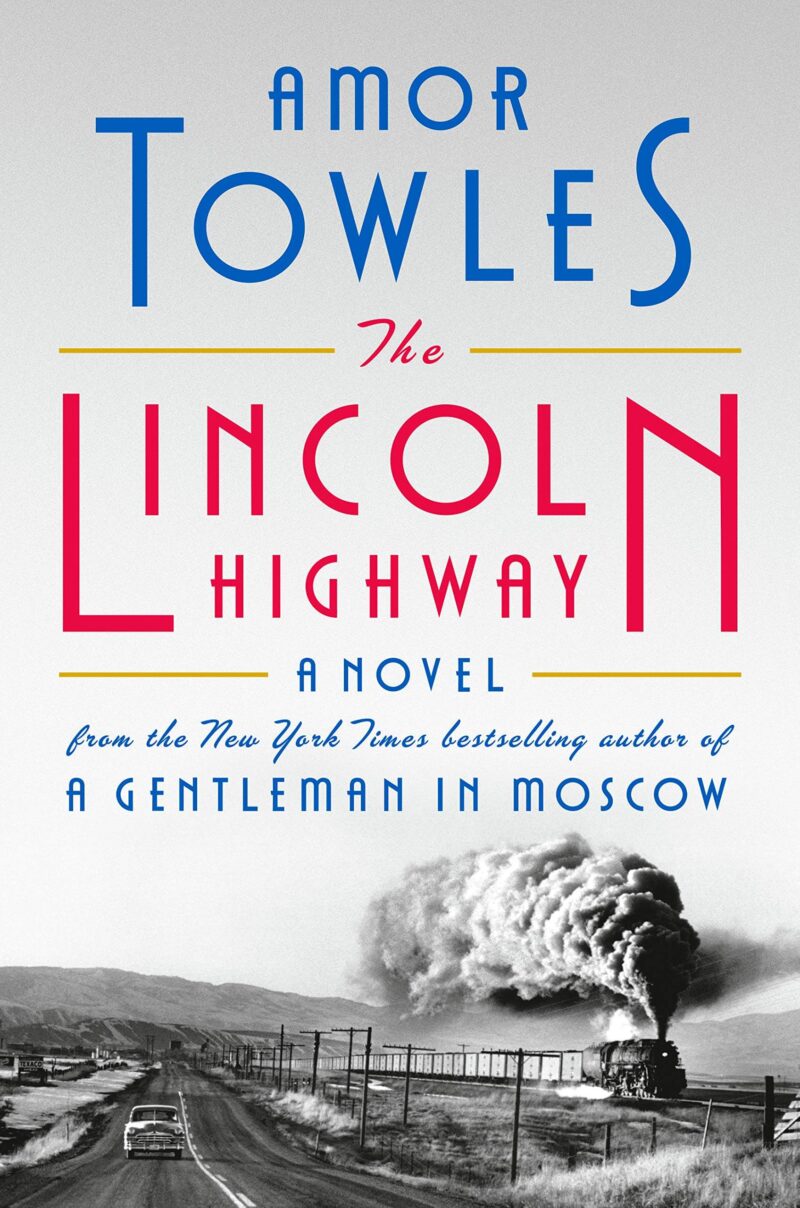 The Lincoln Highway by Amor Towles

In June 1954, Emmett Watson is on his way home from the juvenile work farm he has spent the past fifteen months at for involuntary manslaughter. His parents are gone, and Emmett just wants to start new in California with his eight-year-old brother, Billy. His plans are altered when he realizes that two of his friends from the juvenile work farm have hidden in the trunk of the warden’s car. Instead of California, Emmett finds himself on a fateful journey to New York. 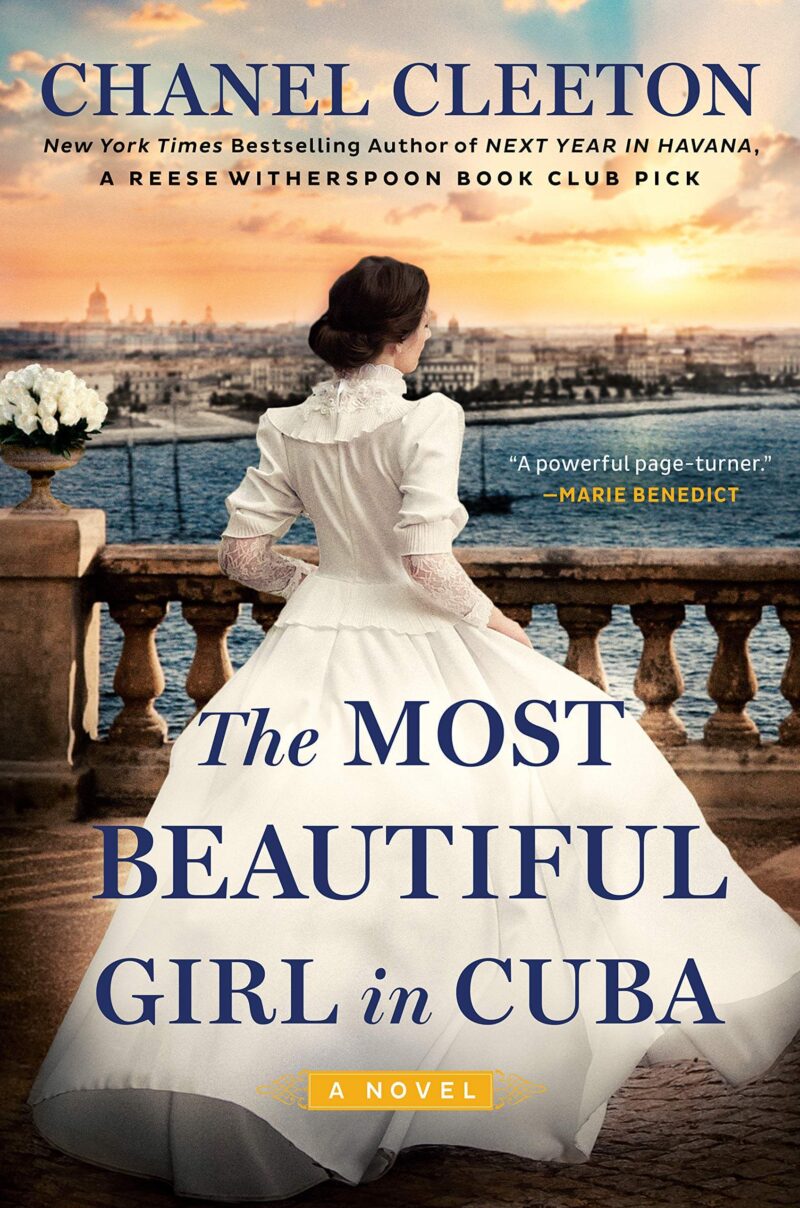 A feud rages in Gilded Age New York City between newspaper tycoons William Randolph Hearst and Joseph Pulitzer. When Grace Harrington lands a job at Hearst’s newspaper in 1896, there is a story emerging from Cuba that changes her life. Eighteen-year-old Evangelina Cisneros dreams of a Cuba free from Spanish oppression, and when Hearst learns of her plight and splashes her image on the front page of his paper, proclaiming her, “The Most Beautiful Girl in Cuba,” she becomes a rallying cry for American intervention in the battle for Cuban independence. But then the explosion from the USS Maine changes everything. 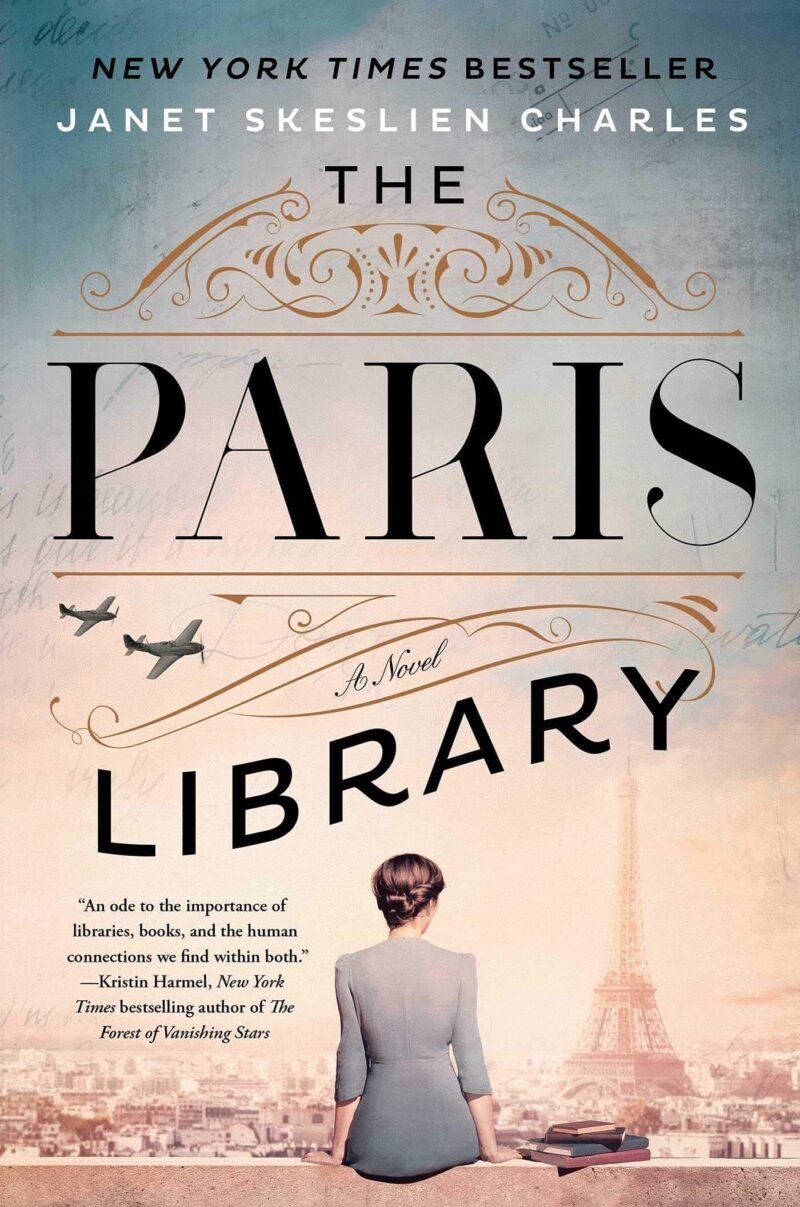 When the Nazis march into the city, Odile Souchet stands to lose everything she holds dear, including her dream job at the American Library in Paris. She joins the Resistance with the best weapon at her disposal: books. Forty-four years later, Lily is a lonely teenager that uncovers a dark and mysterious path about her neighbor that connects them in ways she never knew possible. 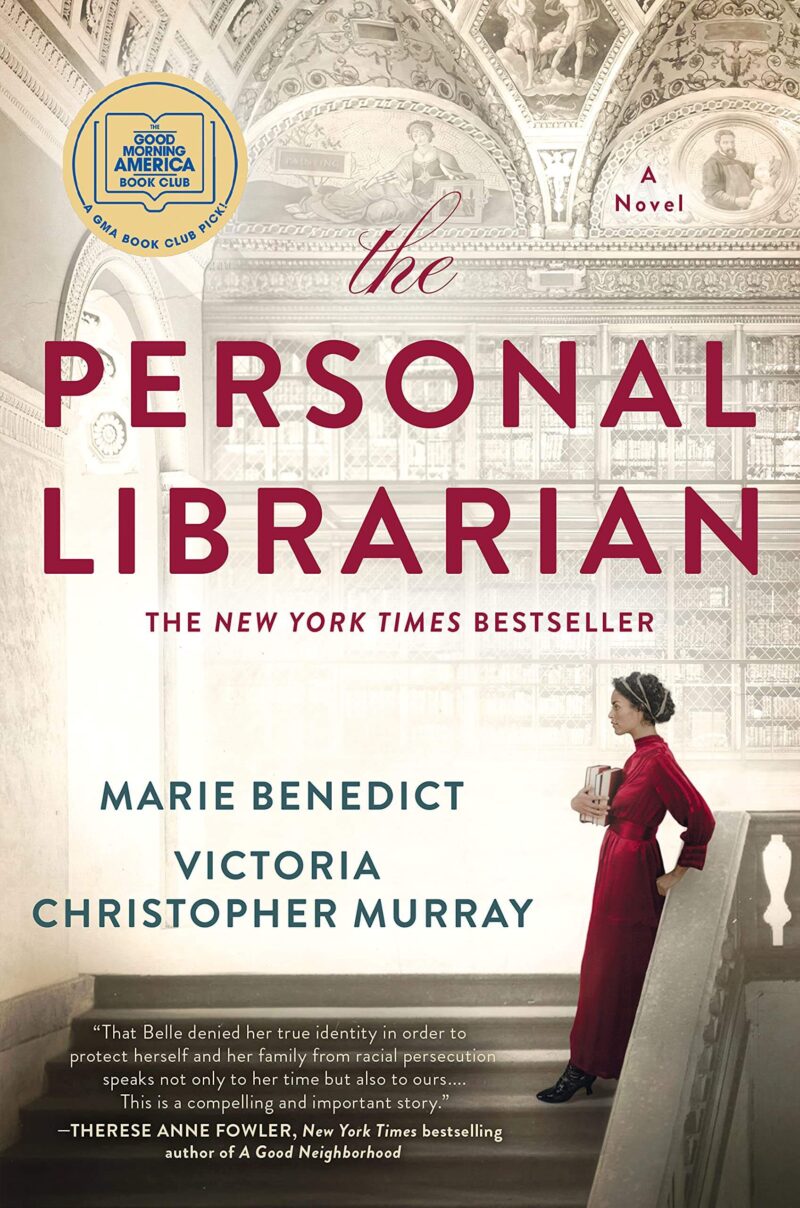 The true story of Belle da Costa Greene is revealed in The Personal Librarian. She was hired by J.P. Morgan in 1905 to serve as his personal librarian and created his famous manuscript collection. Belle also became one of the most powerful people in the world of art, and she’s one of history’s most famous librarians. 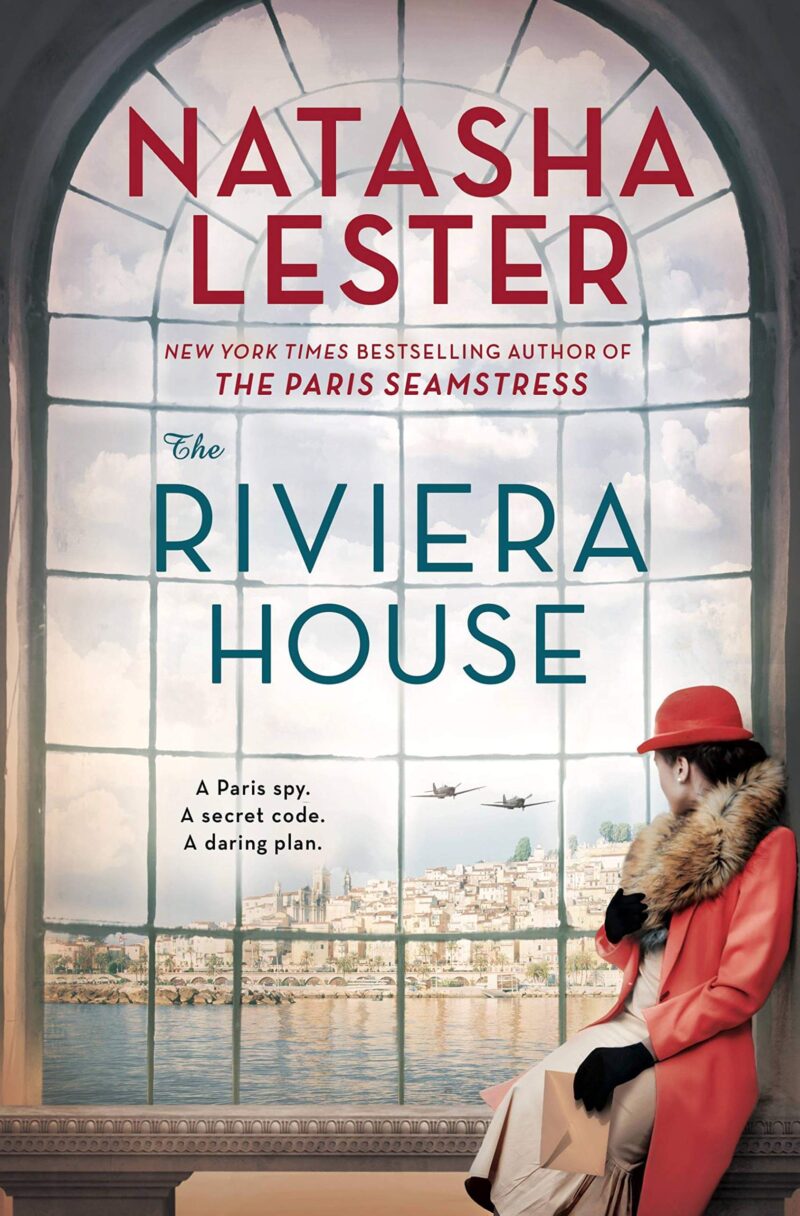 The Riviera House by Natasha Lester

Based loosely on actual events, The Riviera House is told in a dual timeline format: the World War 2 setting follows Eliane, an art cataloger at the Louvre, while the present-day setting stars Remy, who inherits a house on the French Riviera and discovers a list of stolen art from during the war. When Hitler began systematically stealing art from French museums, courageous women and men worked to save these priceless treasures from the Nazis, and this tells their story. 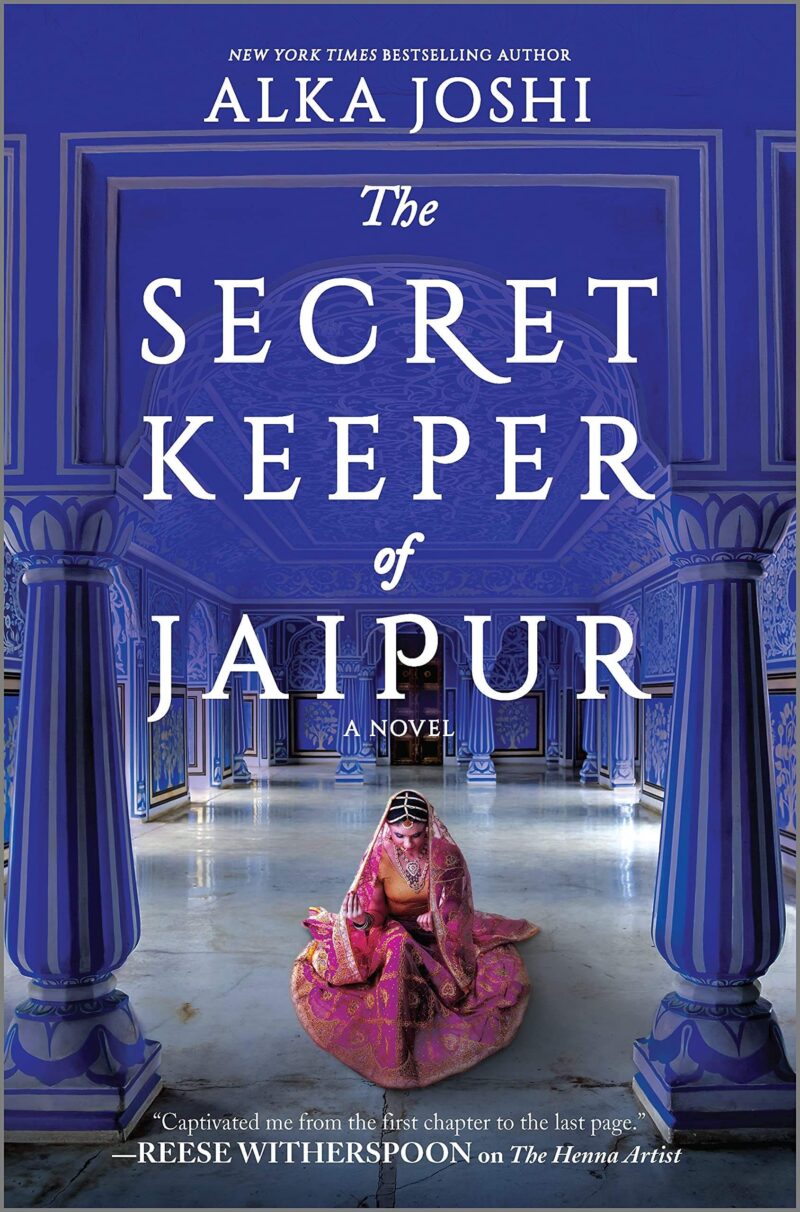 The Secret Keeper of Jaipur by Alka Joshi 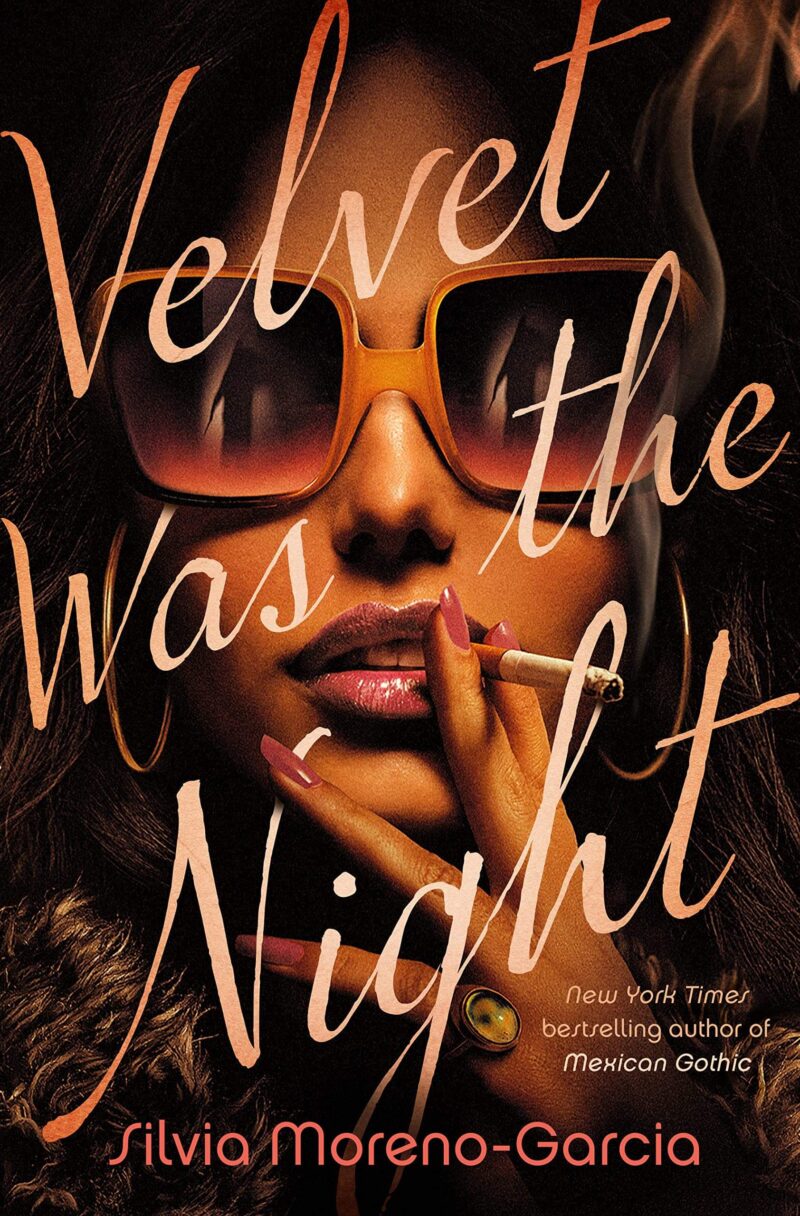 Velvet Was The Night by Silvia Moreno-Garcia

A delicious, twisted historical novel for lovers of smoky noir and antiheroes, about a daydreaming secretary, a lonesome enforcer, and the mystery of a missing woman they’re both desperate to find. It’s 1970s, Mexico City. Maite is a secretary who lives for one thing: the latest issue of Secret Romance. She envies her next-door neighbor, Leonora, but when she disappears Maite finds herself journeying through Leonora’s secrets and it will bring her to a danger that threatens to consume lives, with hitmen, government agents, and Russian spies all aiming to protect Leonora’s secrets, at gunpoint. 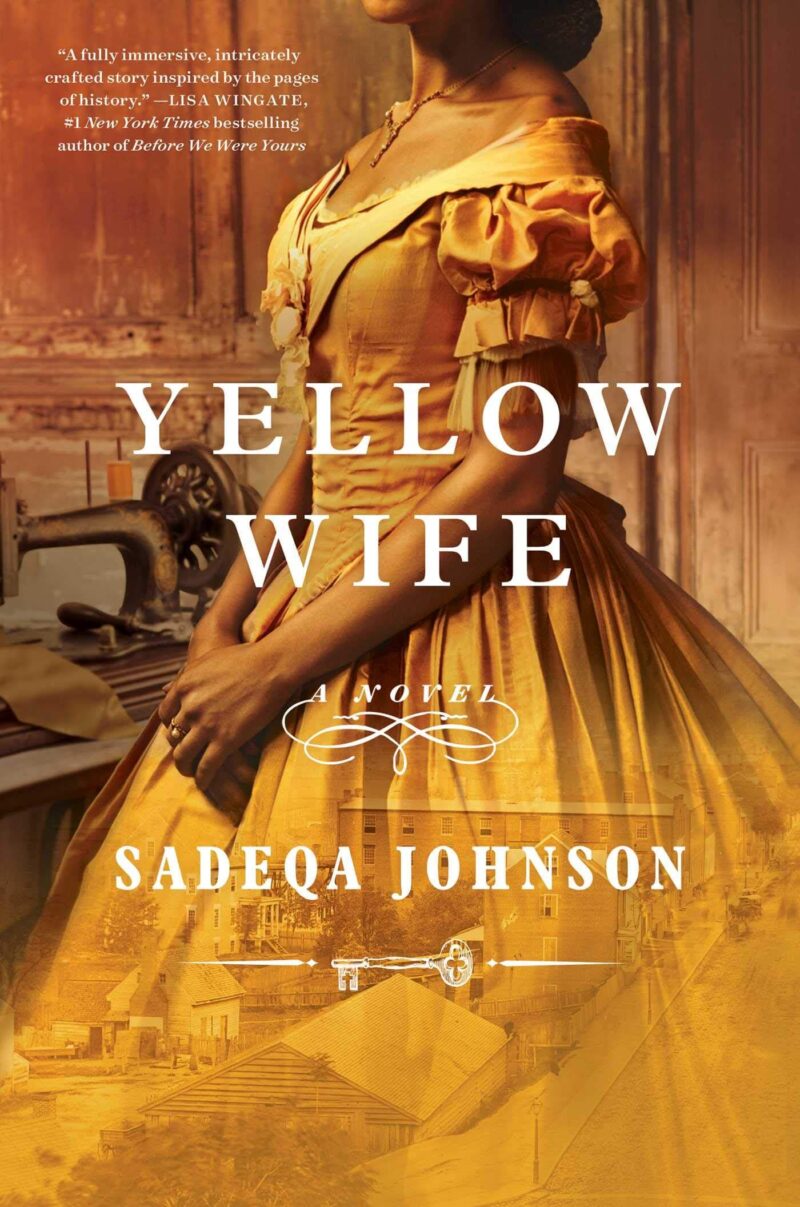 This historical fiction story captures the reader from the beginning and does not let go. Pheby Deloris Brown is a slave born of her master’s lust.  She lives in the hope that her master will keep his promise and grant her freedom. After his death, Pheby is sold to “the jailer” of Devils Half Acre. As the jailer’s wife, she bears his children and dedicates her life to giving them the freedom she never had.