There’s plenty of reasons to admire Olympic athletes as they put copious amounts of time, effort and dedication into perfecting their sport. When they’re not winning medals and training to beat a world record, some of these athletes have found time to write about their journeys to Olympic fame. No matter what you’re trying to accomplish, these books by Olympic author will inspire you to push yourself just a little bit harder.

On the Line by Serena Williams with Daniel Paisner

Serena Williams learned difficult lessons while growing up in Compton, California where her father taught her how to play tennis with a racket five sizes too big. Through injury and extreme devastation after the death of her older sister, Serena beat all the odds and went on to become the best tennis player in the world.

Off Balance: A Memoir by Dominique Moceanu with Paul and Teri Williams

As the youngest gymnast in the 1996 Olympics, Dominique Moceanu was exposed to the dark side of the games at only 14 years old. In her memoir, Dominique exposes the truth about what happens behind the scenes in the world of competitive gymnastics and the tragedies that have plagued her own life. Off Balance is an inspirational story of a resilient girl who never gave up.

In the Water They Can’t See You Cry: A Memoir by Amanda Beard with Rebecca Paley

This New York Times bestselling memoir dives deep into the life of Amanda Beard who dealt with depression and addiction despite her success. The gold medalist Olympic swimmer speaks on mental health, disastrous love affairs and the pressure to stay thin in this honest account of being in the spotlight.

No Limits: The Will to Succeed by Michael Phelps with Alan Abrahamson

Legendary swimmer Michael Phelps shares the secrets to his success in No Limits, the book about his journey from teen sensation to world famous Olympian. With stories from his past, Phelps details the people who have influenced his gold medal dreams and the obstacles that have made him a stronger athlete and person.

Grace, Gold, and Glory: My Leap of Faith by Gabrielle Douglas with Michelle Burford

Gold medalist Olympian Gabrielle Douglas knows a thing or two about what it takes to make dreams come true. In her intimate autobiography, the gymnast lets readers in on the power of determination and drive, and the importance of believing in yourself. Encouraging readers to take a chance on their dreams, Grace, Gold, and Glory will inspire you to keep working toward your goals no matter how impossible they may seem. 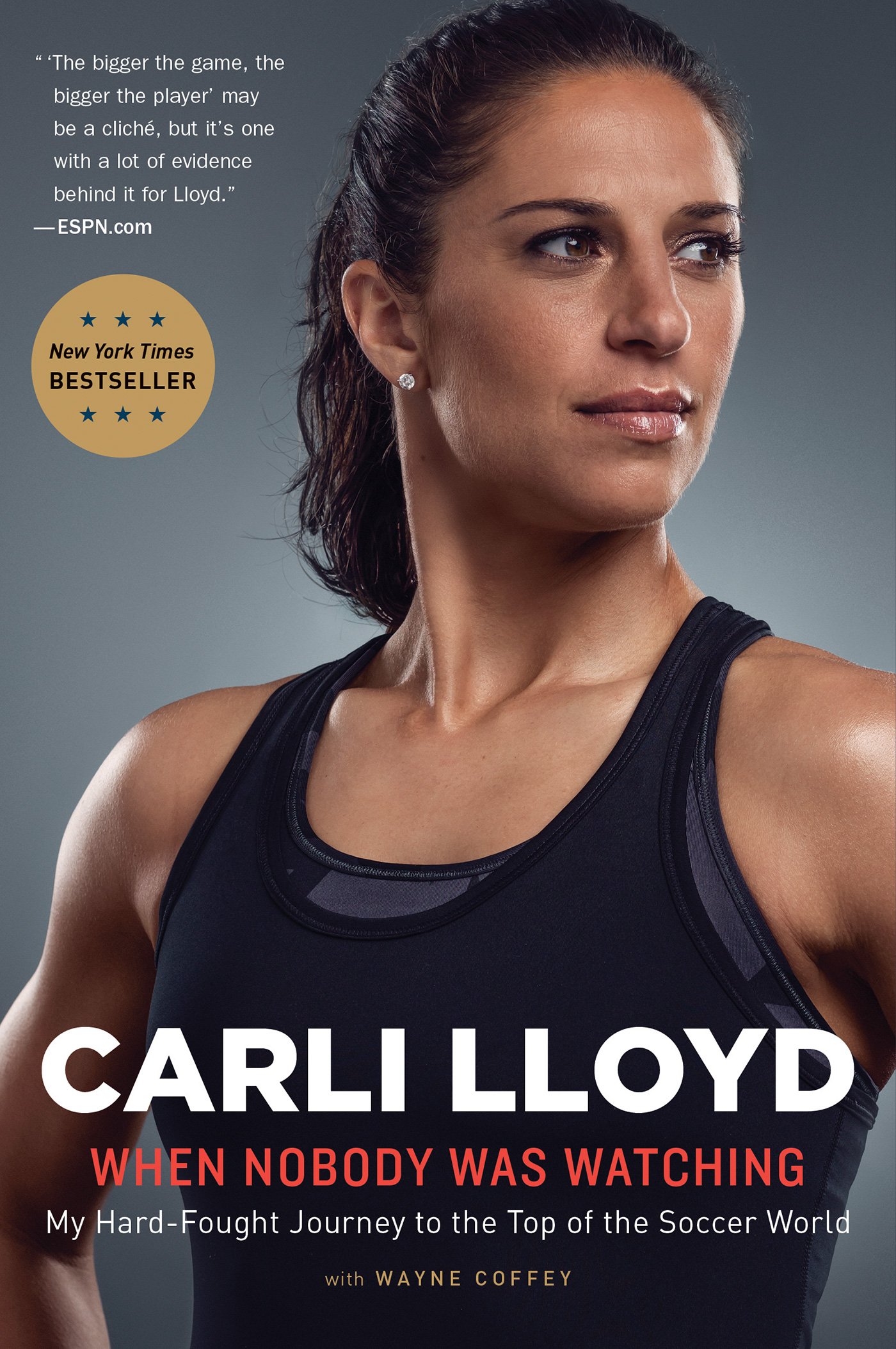 When Nobody Was Watching: My Hard-Fought Journey to the Top of the Soccer World by Carli Lloyd with Wayne Coffey

Before the fame and the championship trophies, Carli Lloyd was a soccer player struggling to truly master her sport. After meeting trainer, James Galanis, everything changed for the young athlete. What unfolds from this fateful pairing is a story of hard work and success that proves it is possible to take control of your life when things start to fall apart.

Greater Than Gold: From Olympic Heartbreak to Ultimate Redemption by David Boudia with Tim Ellsworth

After a failed first attempt at the Olympics, young diver David Boudia knew that he’d have to change something if he was ever going to win a medal. He spent the next four years of training with a new commitment to himself and his faith and learned that in order to win big, you sometimes have to believe in something bigger than yourself.

Forward: A Memoir by Abby Wambach

From her humble beginnings on a boys’ soccer team at age seven to her success as the highest goal scorer in the history of soccer, Abby Wambach has had quite the sports career. As she takes readers along in her journey to success, Abby digs into her past and her struggles coming into her own as a woman, an advocate for women’s rights and as an athlete. This inspiring read will give you the kickstart you need to tackle your dreams head on. 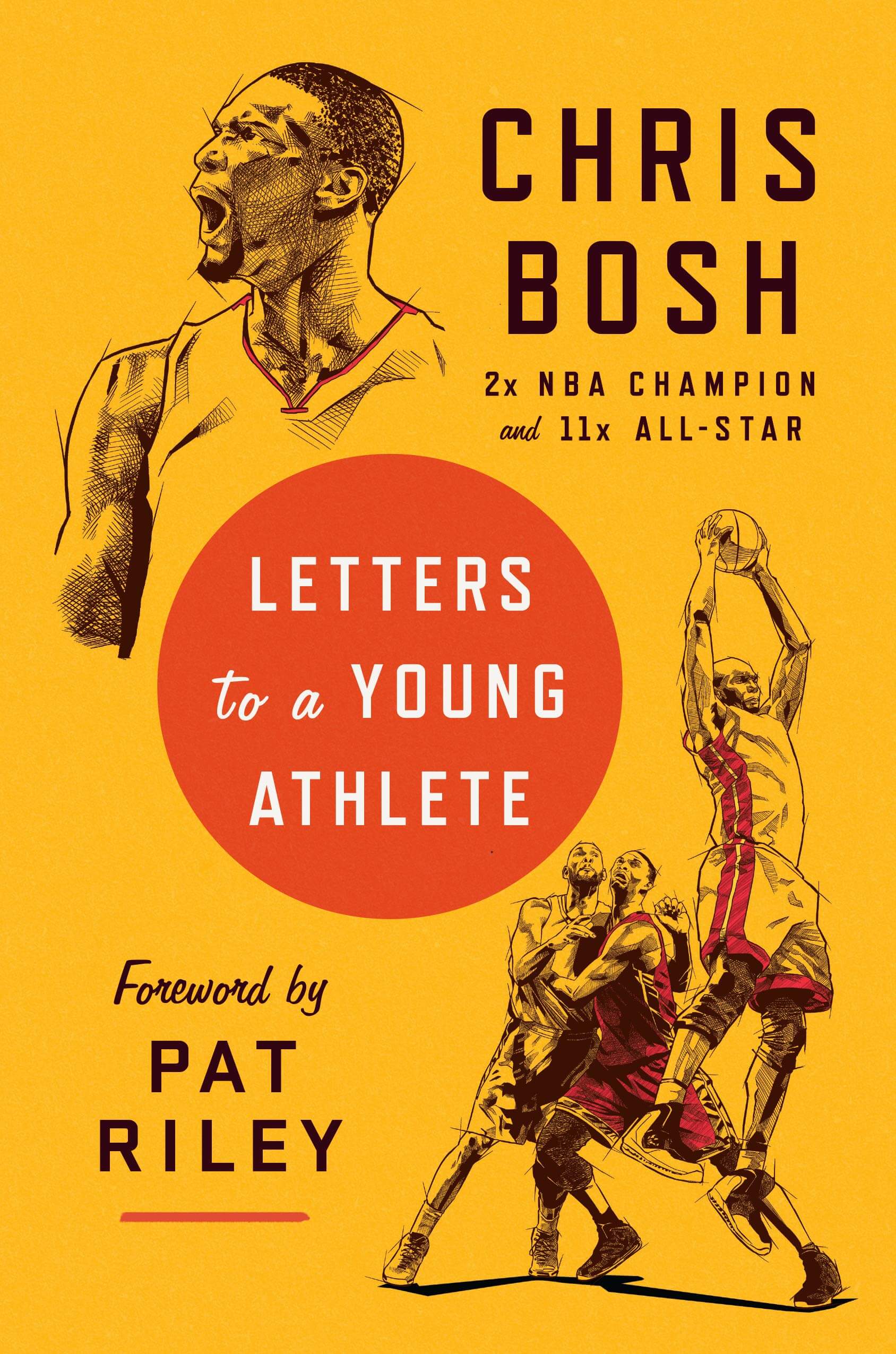 Letters to a Young Athlete by Chris Bosh

Chris Bosh reflects on his time learning from basketball legends to his playing days being cut short by an unexpected medical condition. The Olympic Gold medalist shares his wisdom about perseverance, attitude, and commitment. In the form of letters to the younger generation, he takes readers along his time as a high-school basketball player to finding the right team and what it means to achieve greatness. He deepens the understanding of the word “sacrifice” and its meaning to not only one’s self but as a team. This life-changing novel is a great perspective for anyone looking for excellence on and off the court. 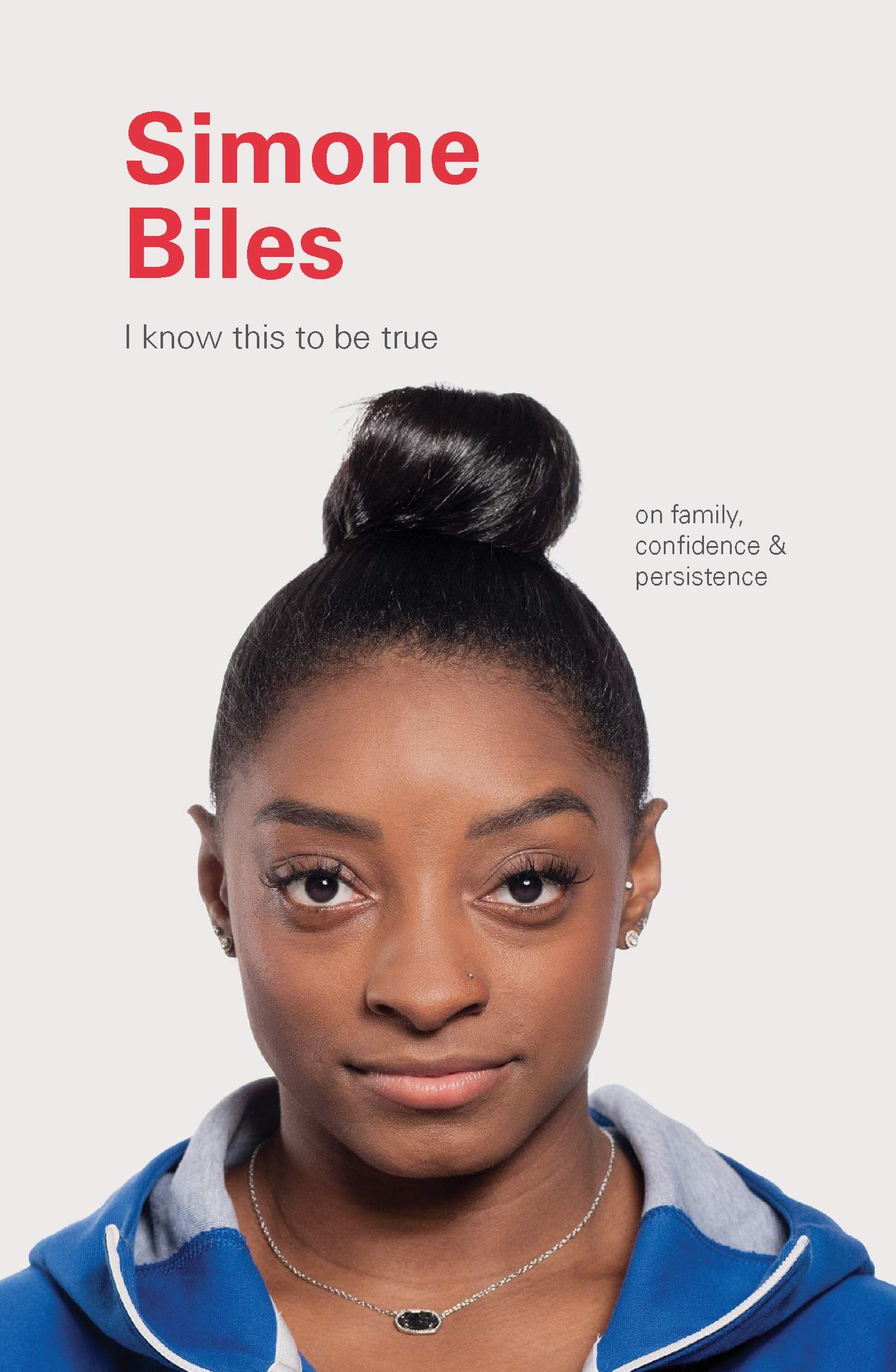 I Know This to be True: Simone Biles by Geoff Blackwell and Ruth Hobway

This biography is a part of a series about extraordinary figures from different backgrounds, and obviously, Simone Biles had to be included. As a four-time Olympic gold medalist, Simone has become a worldwide inspiration. This book follows her from her start in gymnastics to becoming the most decorated American gymnast of all time. She focuses on the importance of female empowerment, believing in yourself, and how a little self-discipline from time to time is good for the soul and inspiring others around you. 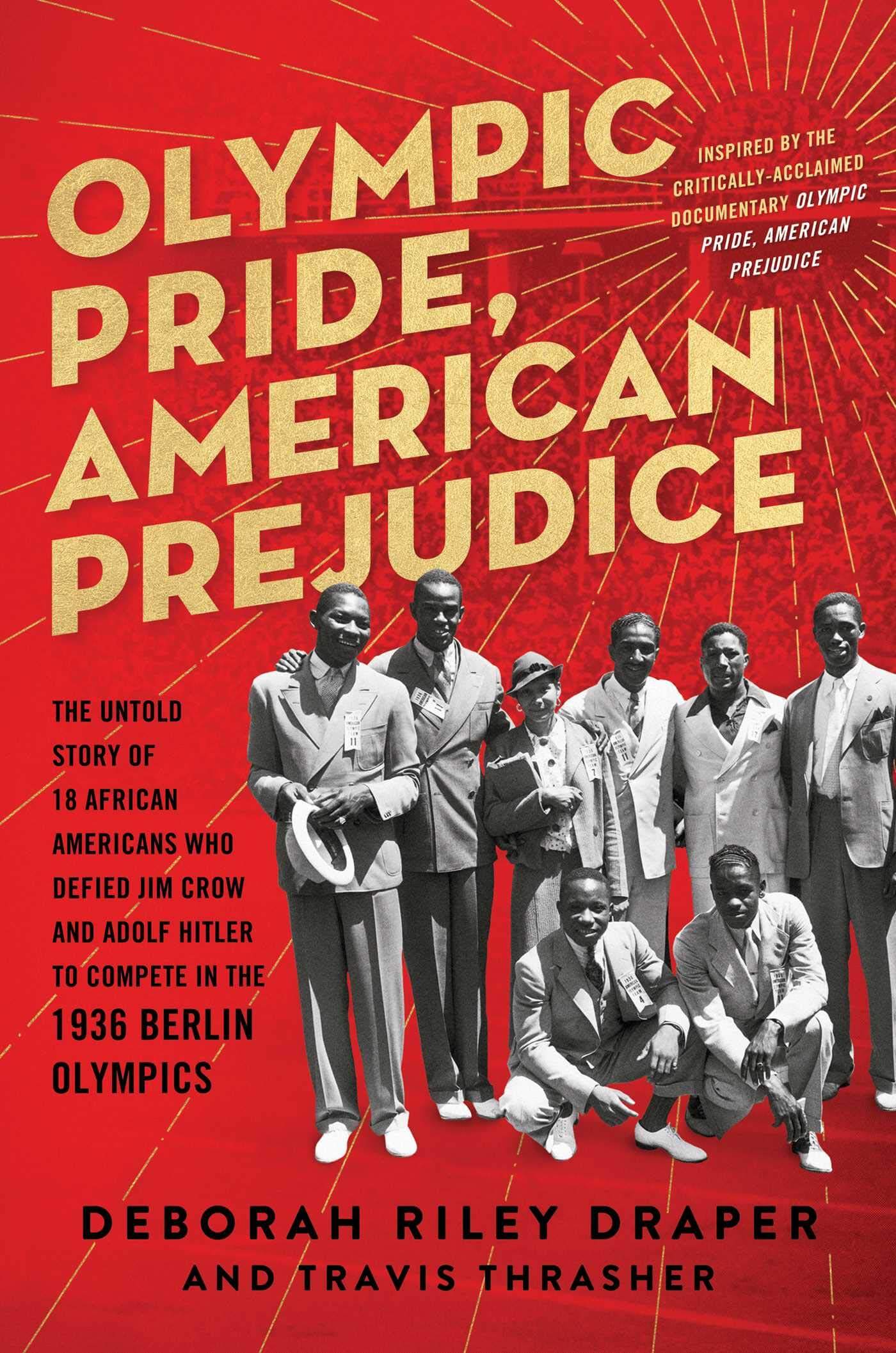 This largely unknown true story follows sixteen black men and two black females that were caught between boycotting or participating in the 1936 Berlin Olympic Games in Nazi Germany. These athletes were trying to prove the world wrong in a time of racism in the Jim Crow South and Nazi Germany. They risked representing a country that thought of them as second-class citizens, but if they chose not to go they risked proving an Aryan superiority wrong. This astonishing story follows Tidye Pickett, the first African American woman to compete in the Olympic games; recording-breaking Louise Stokes; Jackie Robinson’s older brother, Mack Robinson; and Archie Williams, the unlikely gold medal winner. An untold chapter of history is brought to life in this overdue celebration of courage and accomplishment.