8 Fiction Reads Based on Facts

8 Fiction Reads Based on Facts

I like to learn from fiction—as much as I do from non-fiction—since novels are often threaded with facts and set against authentic backgrounds. I particularly like novels that recreate a way of life or a unique culture that I know I’ll find informative as well as intriguing. Sometimes, as you might expect, these are books in translation. But others open the door to places and people close to home—ones you don’t encounter in your everyday life.

Here are seven books I recommend that took me to other worlds, ones that are fictional—but also real. These are novels that I found informed me, as well as entertained. 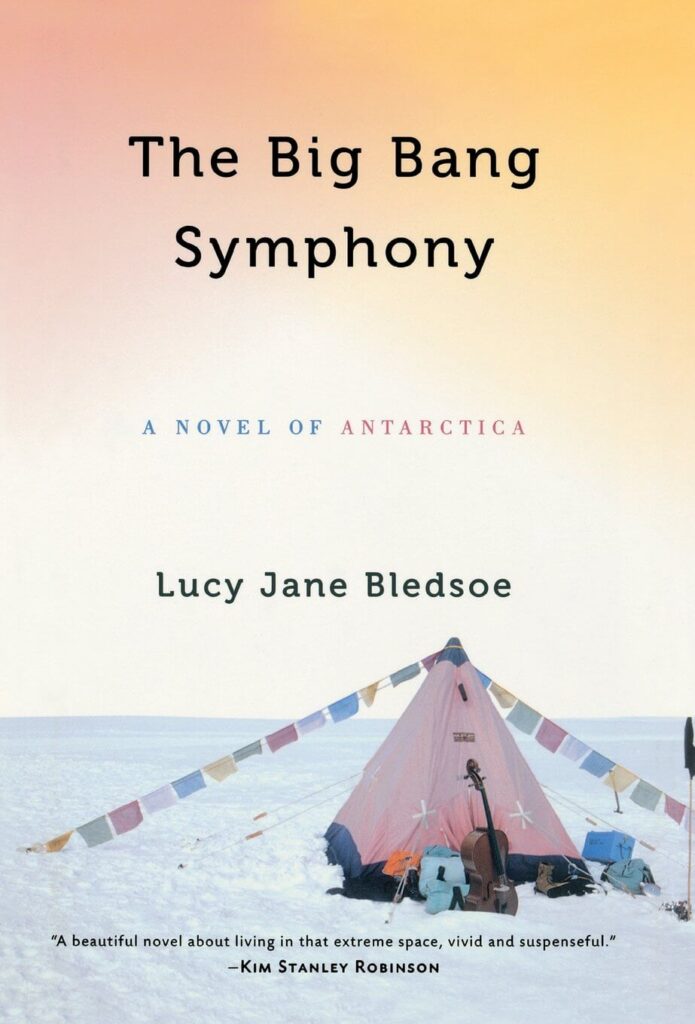 Women working at the South Pole

Antarctica is not a male preserve. The author worked there for many years and knows of what she writes. She tells the stories of three women whose lives collide at an Antarctic research station where they are forced to rub along, tight as peas in a pod, not only with each other, but also with a group of zany misfits that only a place as hostile as the South Pole could host. Love, hate, sex, science, and music all struggle for a foothold in a book by a writer I consider under-read.

What I learned: A lot about survival skills in the harsh Antarctic environment. Also, the big part qualifications can play in bridging the opportunities gap between men and women. 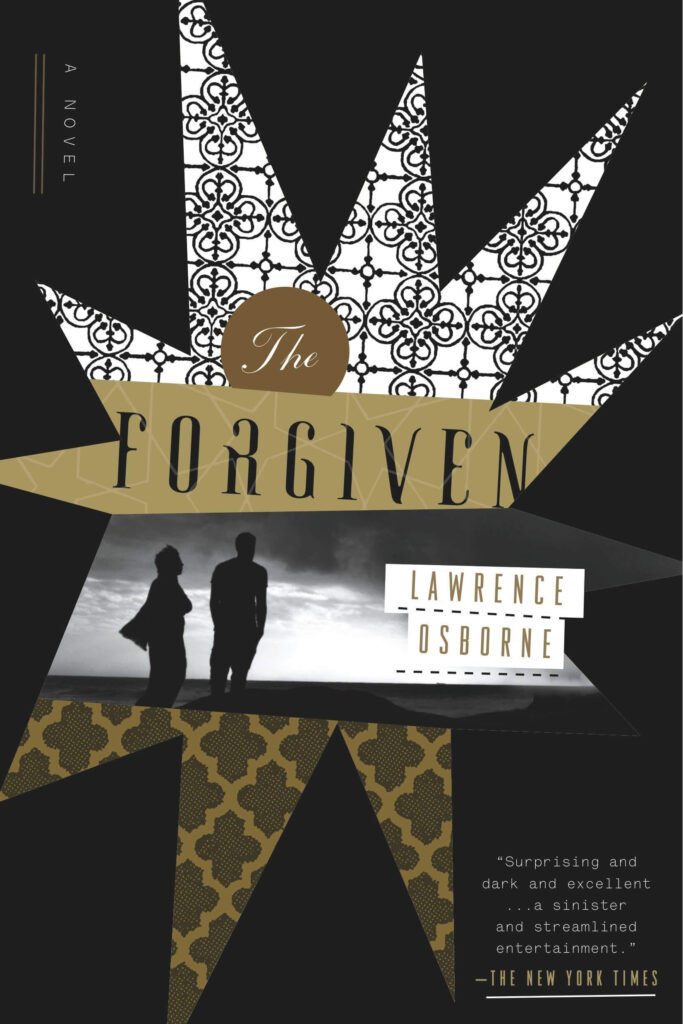 A cultural clash in Morocco

The Forgiven by Lawrence Osborne

This novel unfolds over a weekend, but it’s full of enough brooding tension and cultural miscalculation to last a lifetime. It charts the fall-out from a traffic accident, after a quarreling British couple, driving to a rich friend’s house in the Moroccan desert, run over and kill a young Moroccan boy.

What I learned: The nuances and importance of cultural sensitivity. 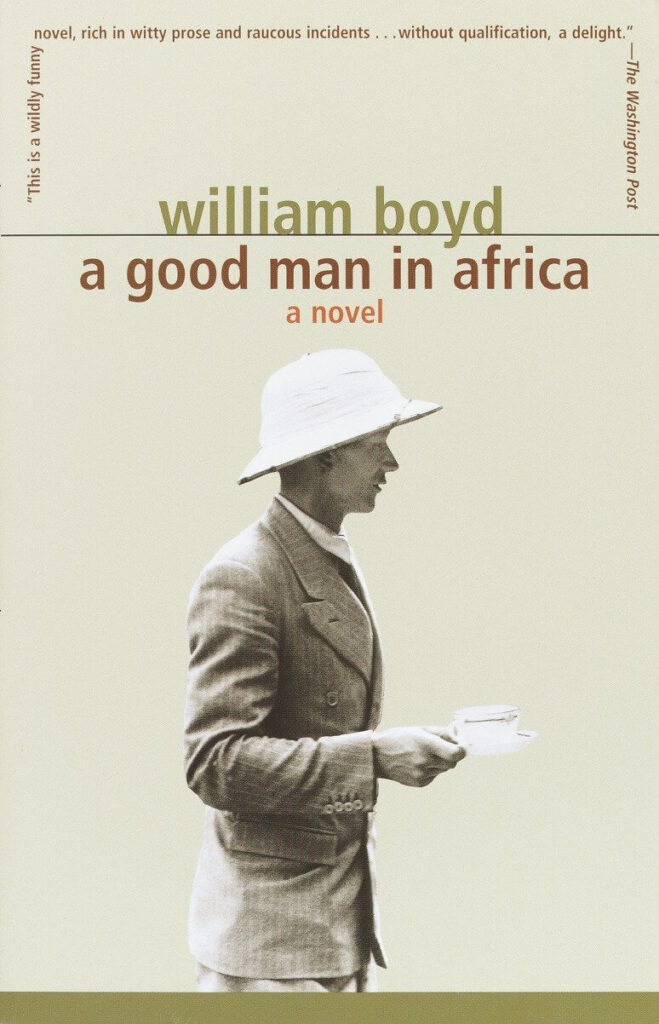 A Good Man in Africa by William Boyd

This (the first novel in Boyd’s long and successful career) is a story set during the British late-colonial period in Africa. The author grew up there, and relies on his own experiences to bring to life a fictitious African country. The plot—which I found amusing—is fiction, featuring an inept British diplomat who runs into personal and political troubles while trying to fulfill his diplomatic responsibilities.

What I learned: To see ourselves as others see us. And a lot about the fall-out from British rule in Africa. 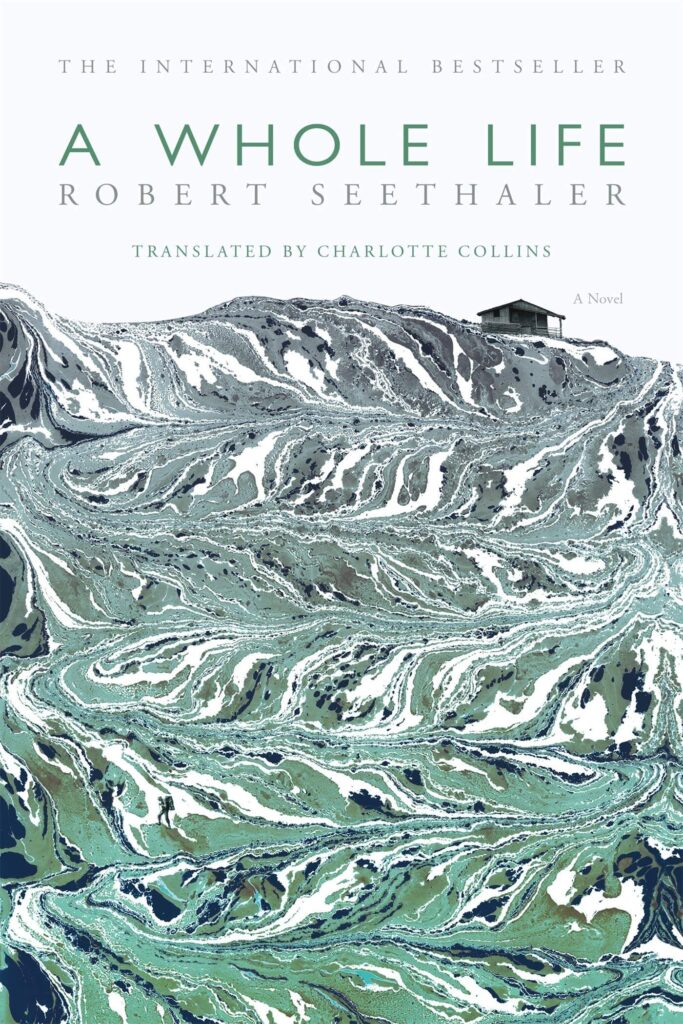 A Whole Life by Robert Seethaler

This short novel takes a deep dive into the life and times of Andreas Egger. Orphaned and mistreated as a child, Andreas is later buffeted by a fast-changing world, by war, by natural disaster, and, most importantly, by the loss of his one true love. However, the foundations of his being never crumble, and he remains resilient, humble and indebted to the recuperative power of the mountains.

What I learned: Times may change, but you don’t have to change with them. Be true to yourself and to enduring values. 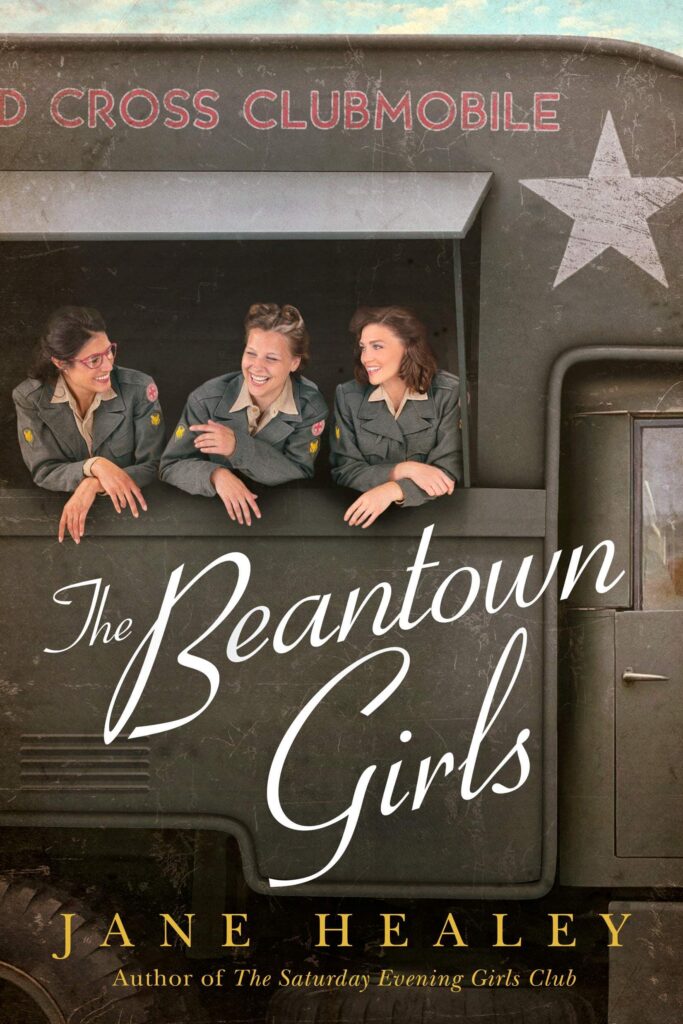 Women surviving on the frontlines

The Beantown Girls by Jane Healey

Set in 1944, during the Second World War, this novel (based on fact) tells of a group of naïve American girls—known as The Red Cross Clubmobile girls—who volunteer to risk their lives to bring cheer (as well as coffee and donuts) to battle-weary Allied troops in Europe. It’s one of the many true and heartening side-bar stories of World War II, which have been brought to the attention of modern readers through works of fiction.

What I learned: How ordinary American women stepped out of their comfort zone and into danger to make a contribution to victory in Europe.

(There are many other recent examples of ‘based-on fact’ fiction, such as, The Tattooist of Auschwitz by Heather Morris; Before We Were Yours by Lisa Wingate, and Spilled Milk by K. L. Randis. These books tell stories that take readers into places that don’t necessarily make for comfortable reading, confounding any expectation that successful fiction is written solely to entertain.) 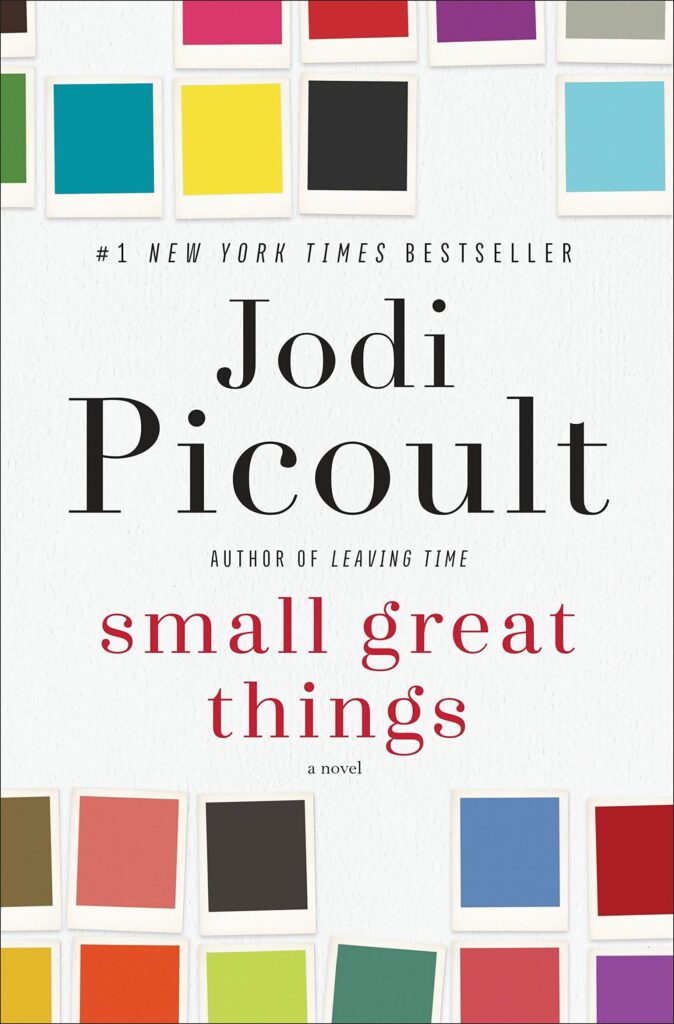 Fiction that sends a message

This novel is certainly very readable, and it’s worthwhile in the attention it brings to racism in our society. But it’s not my favorite Picoult novel. The plot and the characters seemed to become the servants of a thoroughly-researched effort to expose and explain the many sides of racism.

What I learned: A novel can lose readers if it serves up too much sermon in its story. 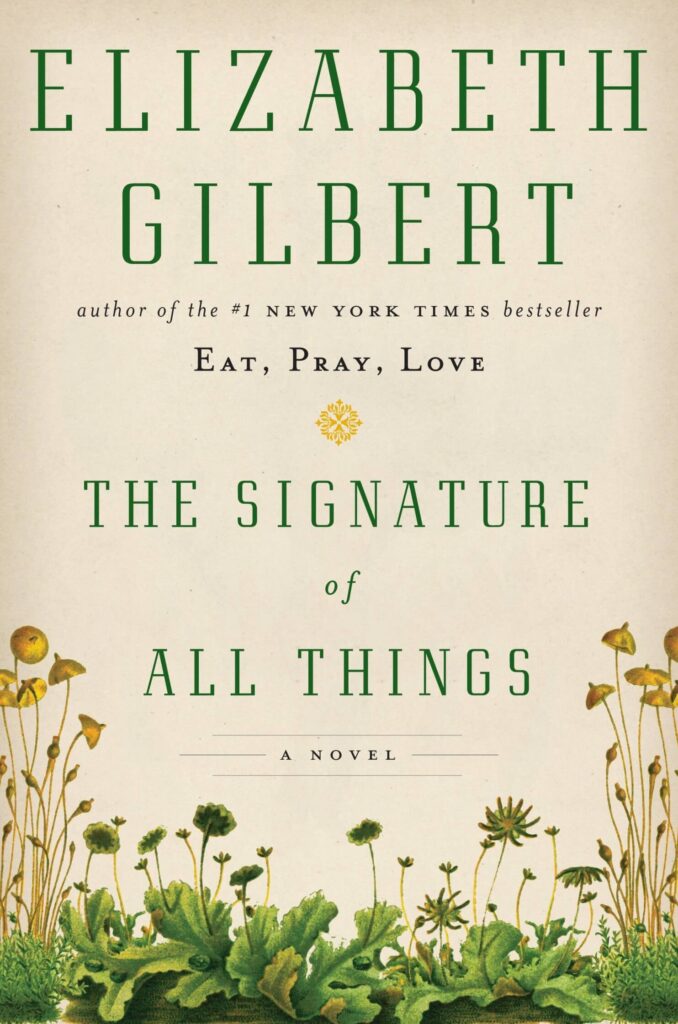 The Signature of All Things by Elizabeth Gilbert

This story of the life, loves and—most importantly—the scientific work of Alma Whittaker makes for an absorbing read, set as it is amid the 19th century race to develop a theory of evolution. The author’s backstory is one of shameless, but relevant, name-dropping: Captain Cook, Sir Joseph Banks, Alfred Russel Wallace, as well as the man himself, Charles Darwin. Fortunately, the author gives Alma, her anti-heroine, a plausible place among these notables. Alma, although rich, clever and outspoken, is physically unattractive, which sadly dominates her life, dictates her fate, and garners her a lot of reader sympathy.

What I learned: How female scientists have struggled to be heard and to be credited for their work in a male-dominated scientific community. And also I found out a lot about botany. 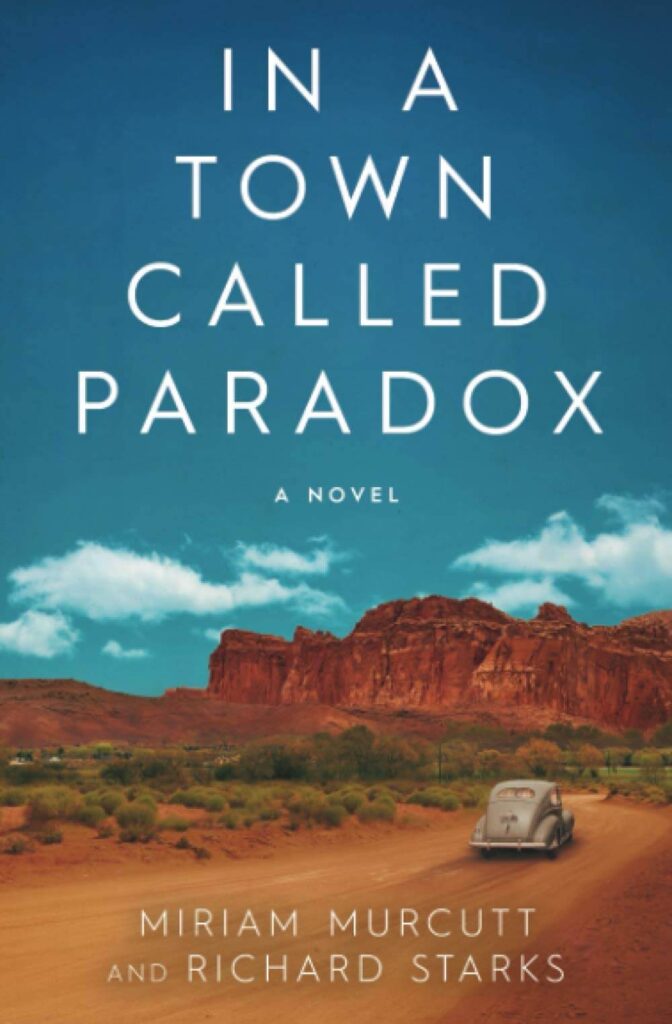 When Hollywood came to Utah

In A Town Called Paradox by Miriam Murcutt and Richard Starks

To show I practice what I preach, my latest book is fiction, set in 1950s’ Utah when the Big Five Hollywood studios arrived there to film some of their blockbuster movies. In the process, they transformed rural backwaters (like the fictional town of Paradox) into playgrounds for glamorous stars like Marilyn Monroe, Rock Hudson and Robert Redford. It is this true-life, historical setting that drives the characters and the plot of my book.

About the Author: Miriam Murcutt

Miriam Murcutt is a former journalist, editor and marketing executive. She has an M.A. in English Literature and now works full-time as a writer. In addition to the historical novel, In A Town Called Paradox, she has co-written four narrative non-fiction books, published in seven countries and five languages. Born in England, Miriam lives in Boulder, Colorado, where she is a student of Spanish, a mountain hiker, and a volunteer interviewer for a Carnegie Library oral history archive. Visit her at www.starksmurcutt.com.