With the amount of book-to-screen adaptations out now, movie studios and streaming services have found the perfect way to combine the passion of reading a book and having a cinematic experience. Netflix has produced and made a huge list of popular adaptations available through their streaming network. And no matter what season, viewers are looking for entertainment outside of their living room. So here are some book recommendations based on your favorite book-to-screen adaptations available on Netflix that you can bring with you on all your summer adventures. 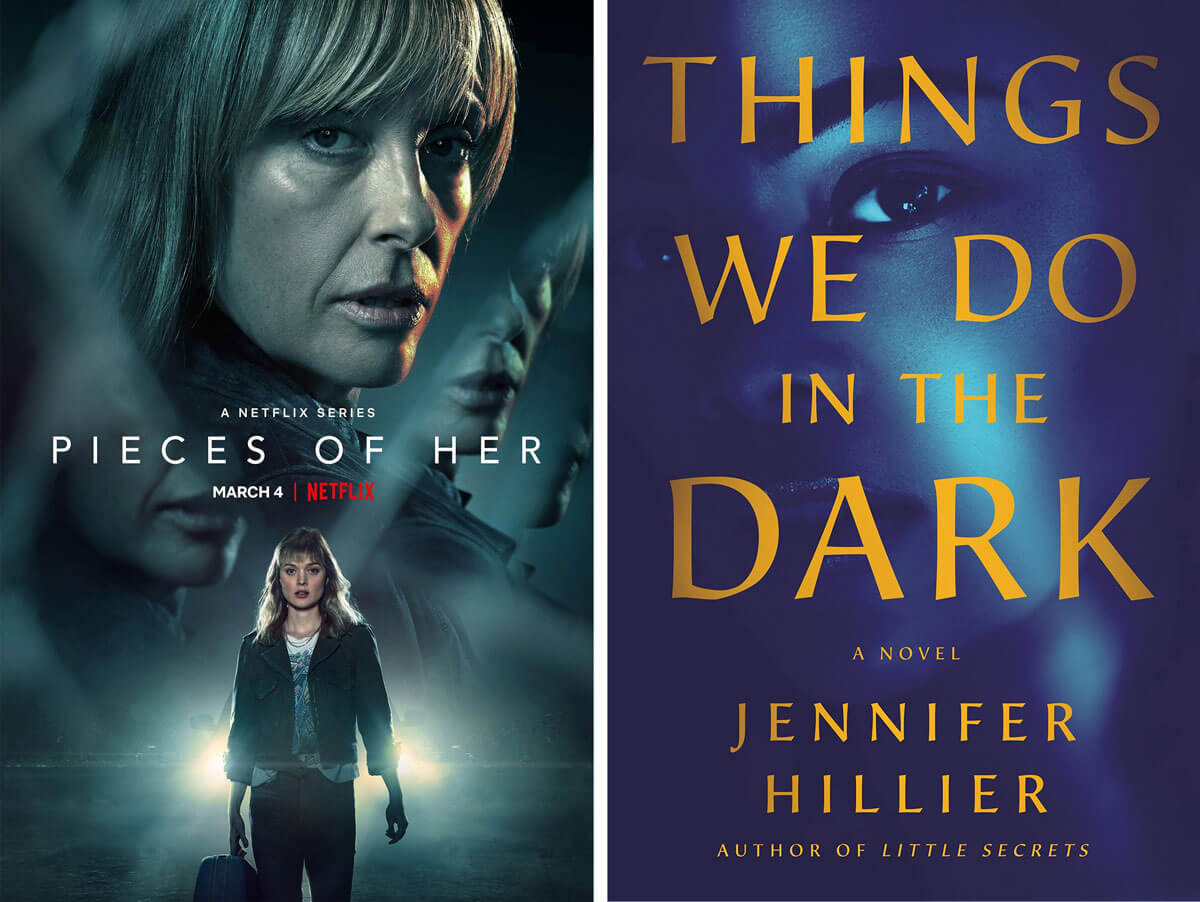 Did you stay up too late binging Pieces of Her? Check out Things We Do in the Dark by Jennifer Hillier

Paris Peralta has just been arrested after being found covered in blood, holding a straight razor, her famous and wealthy husband dead in the bathtub. Paris’s fear is the media attention could draw someone out of the shadows from the past she’s been trying to keep a secret. Twenty-five years ago, Ruby Reyes was convicted of a similar murder that dubbed her the Ice Queen. Ruby knows who Paris really is and after being unexpectedly released from prison, Paris must not only try to win her case, but confront her past before Ruby exposes everything Paris has been trying to hide. 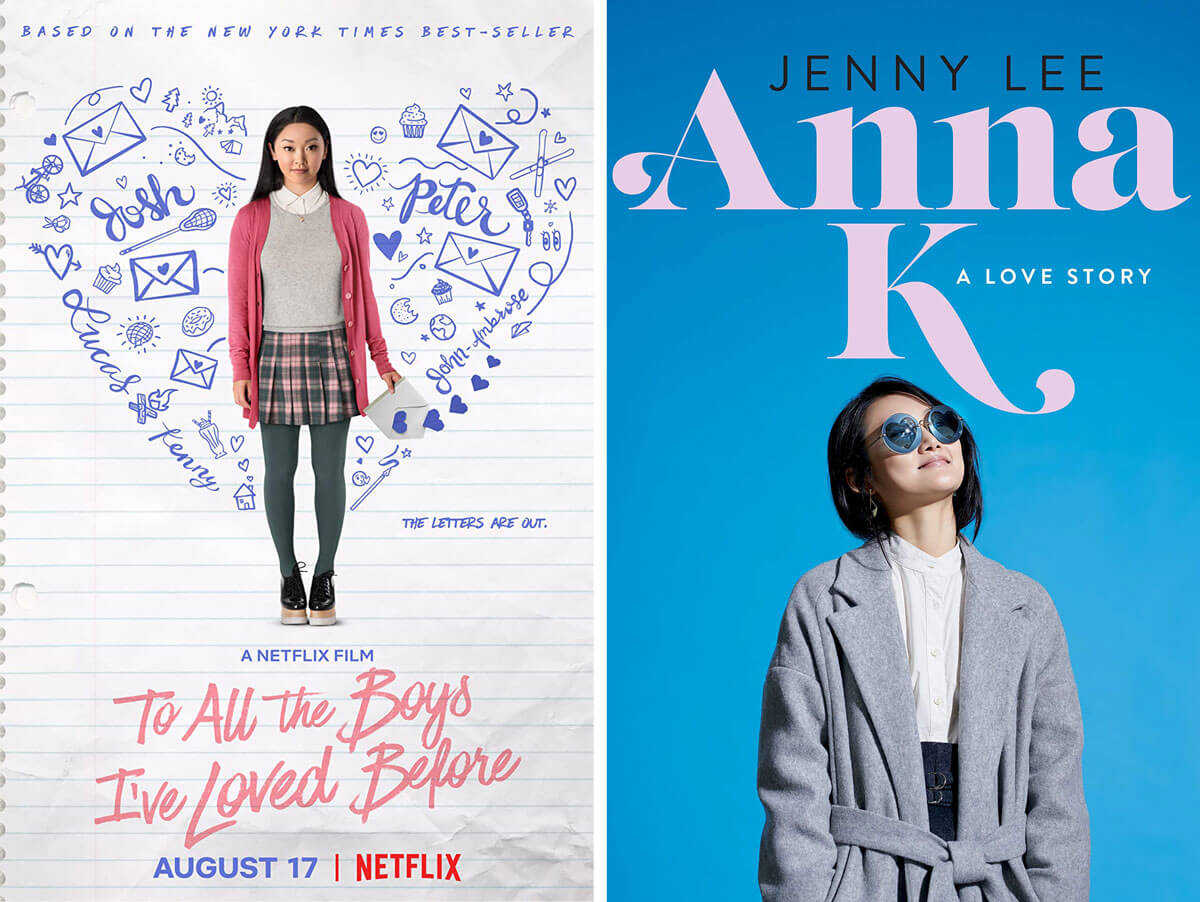 The love story of the Lara Jean series make your heart flutter? Check out Anna K by Jenny Lee

In this modern retelling of Anna Karenina, Anna K is a Korean-American seventeen year old with the perfect boyfriend and a very interesting group of friends. From injuries to sexting scandals, Anna has always been able to avoid drama until she meets Alexia “Count” Vronsky—a playboy with a bad reputation—and is instantly drawn to him. Then Anna is forced to make a decision when a shocking revelation throws her into the drama-spotlight. 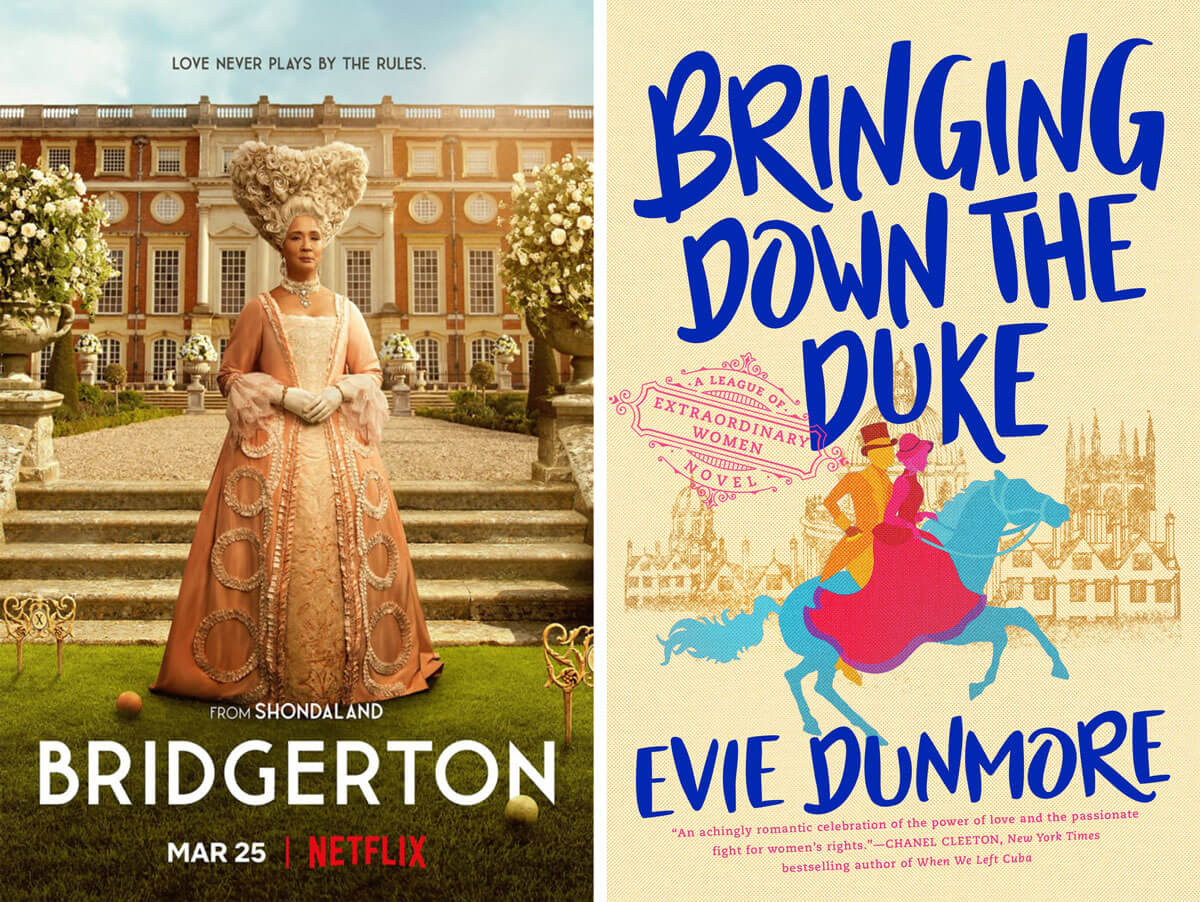 Did the romance and steam of Bridgerton force you to turn on the air conditioning a little early? Check out Bringing Down the Duke by Evie Dunmore

Annabelle Archer is the daughter of a country vicar and is going to be amongst the first female students of the University of Oxford. In order to keep her scholarship, she must support the rising women’s suffrage movement and recruit men of influence to help her. Sebastian Devereaux is the first one on her list—but is not the type to be easily persuaded; he is the Duke of Montgomery and responsible for Britain politics after all. But Annabelle gets through to Sebastian and soon he finds himself falling hard for her…at the same time he is conveniently looking for a wife. 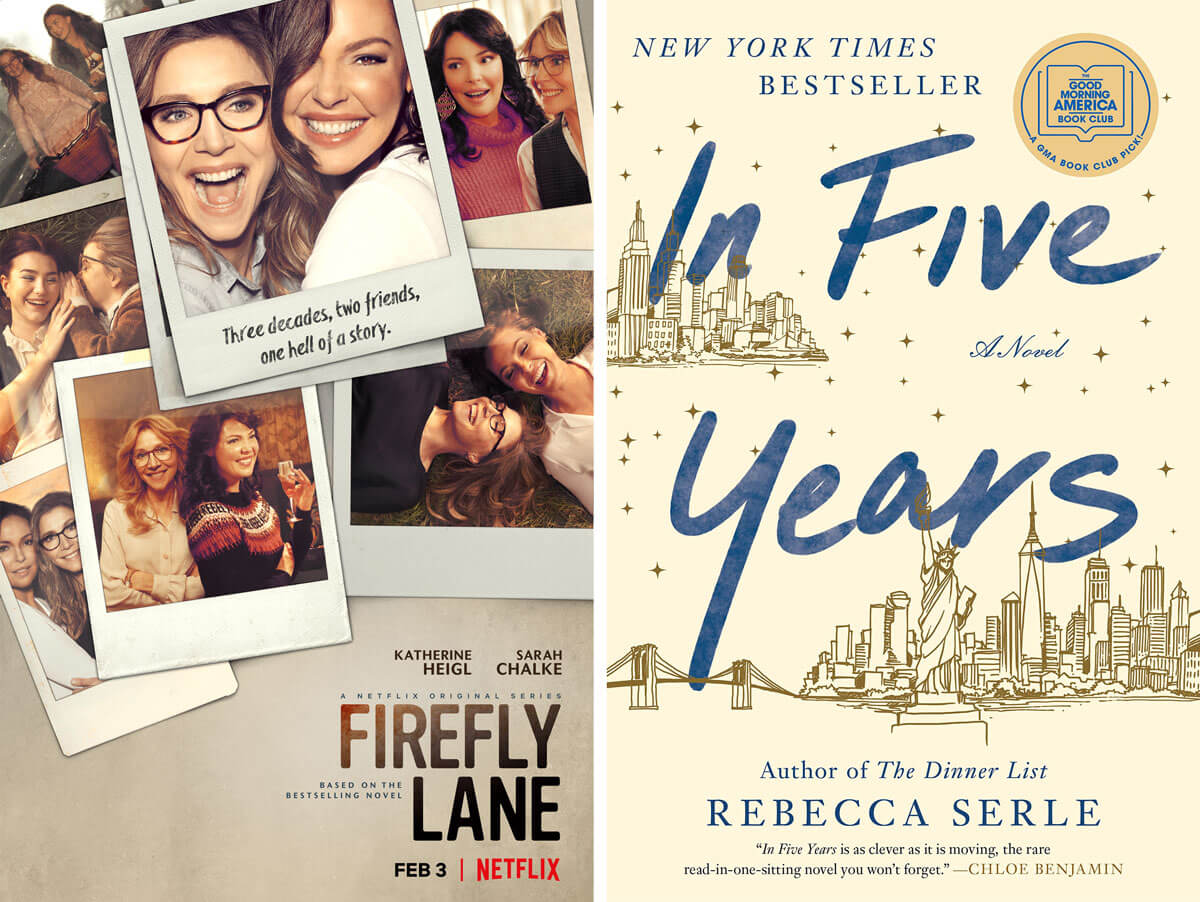 Did you laugh and cry over the bonds of friendship in Firefly Lane? Check out In Five Years by Rebecca Serle

Dannie Kohan always plays by the rules, unlike her wild child bestie, Bella. But, playing it safe must be working, right? Dannie just got the perfect job and accepted her boyfriend’s proposal. But when Dannie wakes up, she’s in a different apartment with a different ring—and most concerning, a different man in her bed. After spending one hour, five years in the future, Dannie wakes up and everything is back to normal…or is it? Dannie cannot forget that one hour and begins to wonder what could happen that makes everything change so much in a matter of five years? 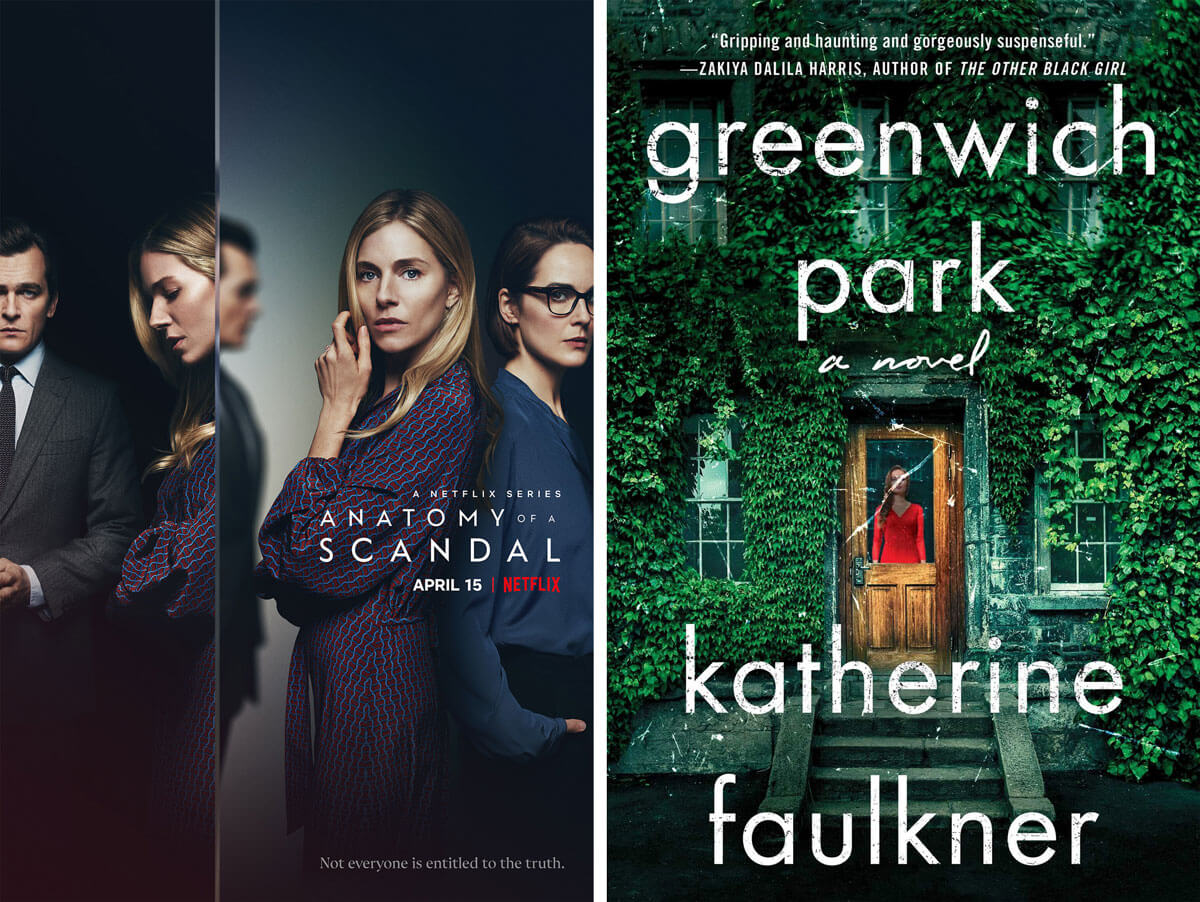 Did the domestic drama and buried secrets of Anatomy of a Scandal keep you invested for the entire season? Check out Greenwich Park by Katherine Faulkner

When Helen meets Rachel at her first prenatal class, she is immediately drawn to the woman who is so opposite of her. Where Helen has a gorgeous husband and a beautiful home, Rachel doesn’t seem to care at all that she is expecting a baby. As Rachel’s behavior becomes concerning, Helen finds that the two could be connected through a terrible crime that could destroy them both if the truth came out. 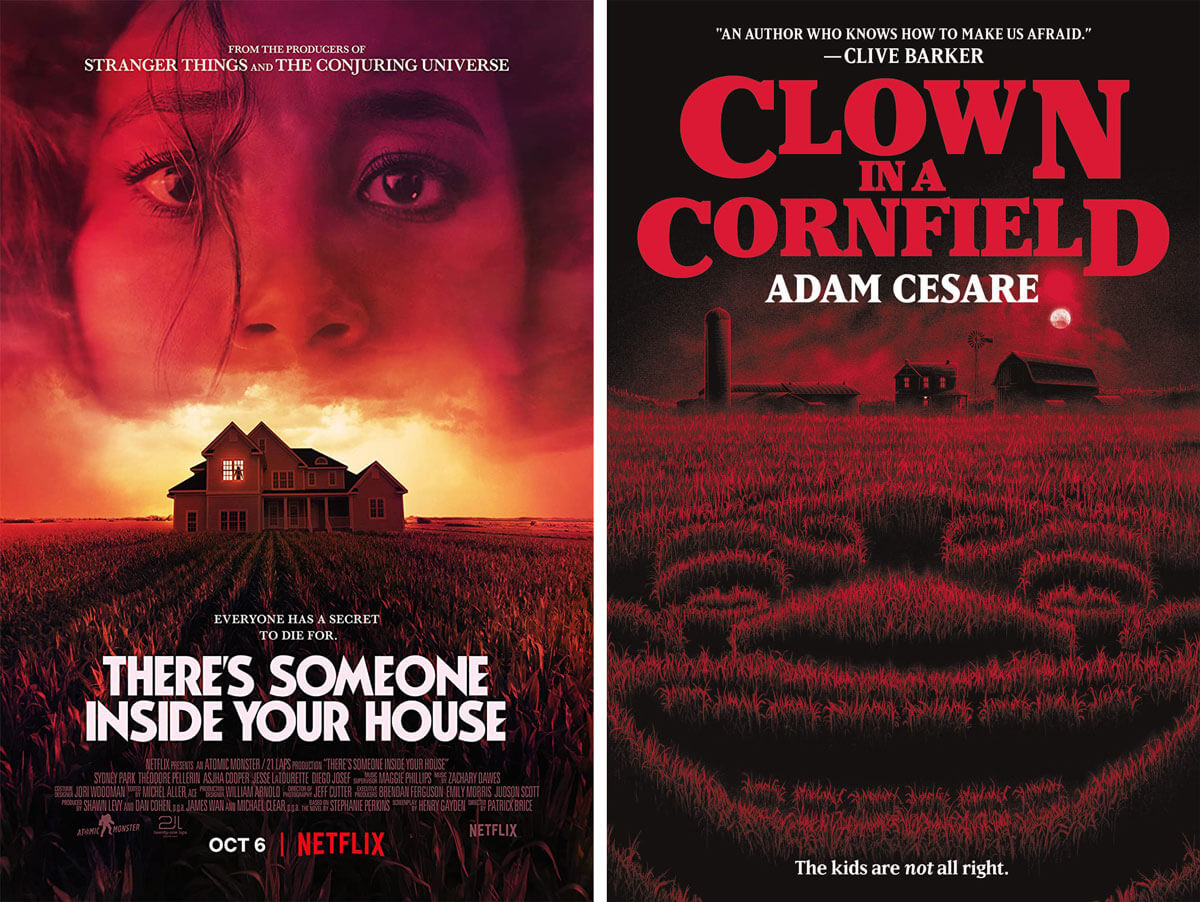 Did you love the thrills and chills of the teen slasher There’s Someone Inside Your House? Check out Clown in a Cornfield by Adam Cesare

Quinn and her father have moved to the boring town of Kettle Springs, and are noticing the town is divided into two different groups: The adults who want to bring the town back to the greatness it was before the corn syrup factory shut down, and the kids who want to play pranks and are counting down the days until they can escape. The divide turns deadly when someone dressed as a clown decides to start killing off the youth in a desperate attempt to keep Kettle Springs the perfect town. 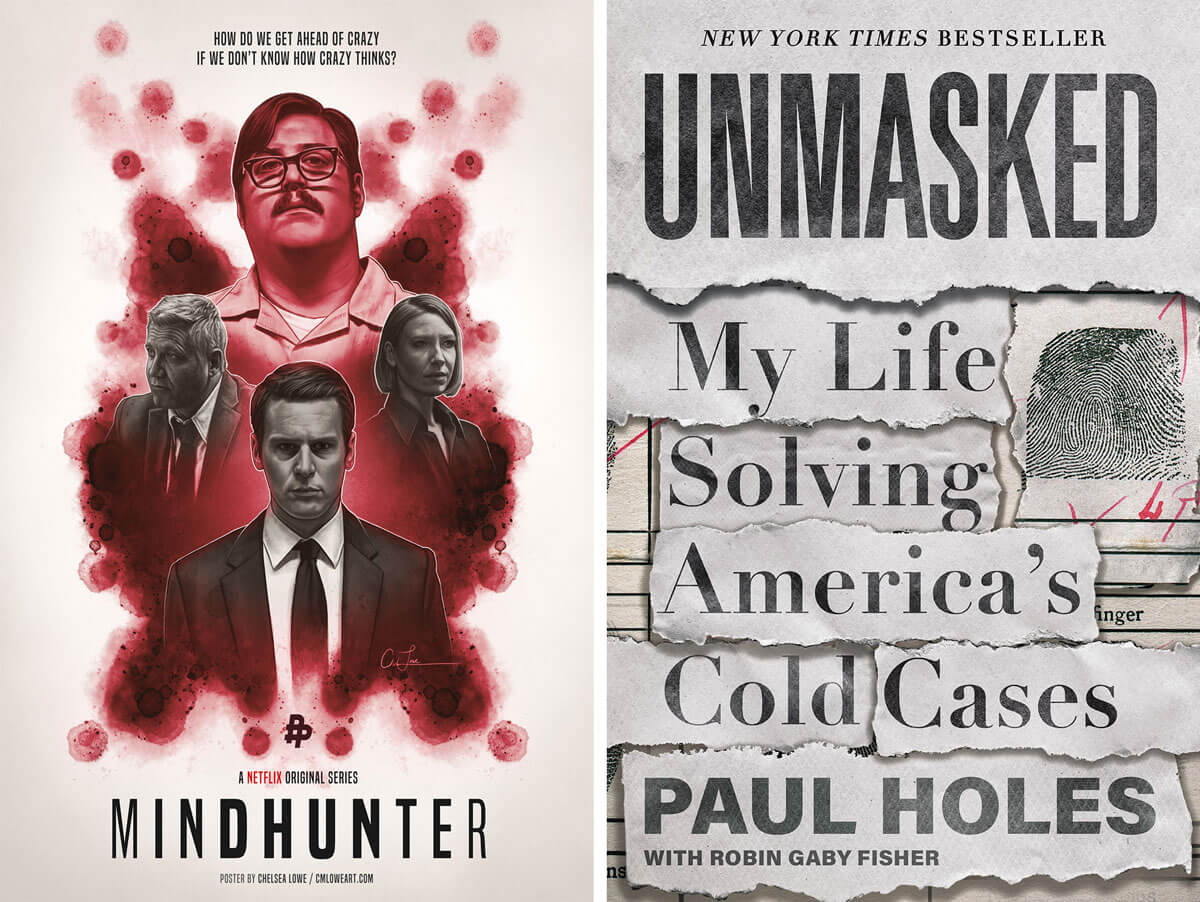 Did the true crime aspect of Mindhunter make you feel like an armchair detective? Check out Unmasked by Paul Holes

Paul Holes is the real detective who found the Golden State Killer after decades of America being haunted by this mysterious and dangerous killer. Featuring some of the most chilling cold cases in America that Holes solved, he provides readers with not only his backstory into how he got into this line of work, but the toll it took on his personal life as he brought killers to justice and made personal sacrifices of his own. 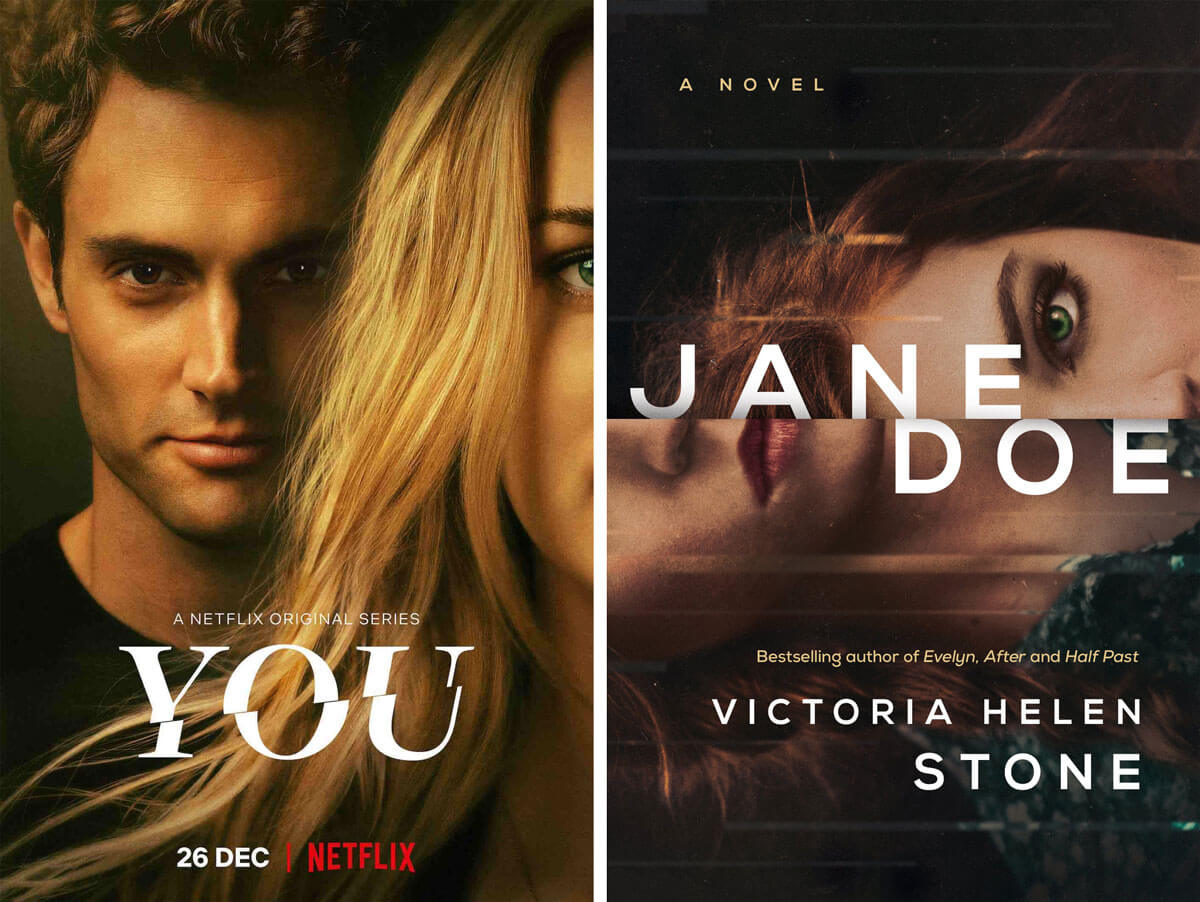 Did you root for Joe Goldberg in You? Check out Jane Doe by Victoria Helen Stone

Jane has a double life. Sure, her job working at an insurance company seems bland, and Jane seems like a demure woman who is easily controlled. But that’s just what Jane wants womanizer and manager Steven Hepsworth to think. What Steven and everyone else is unaware of is that Jane has secrets and a plan to bring revenge into his life.