Every year thousands of our readers vote for their favorite books of the year in the She Reads Awards. Find out more about the books that were nominated and see which book was voted the Young Adult Book of 2022. 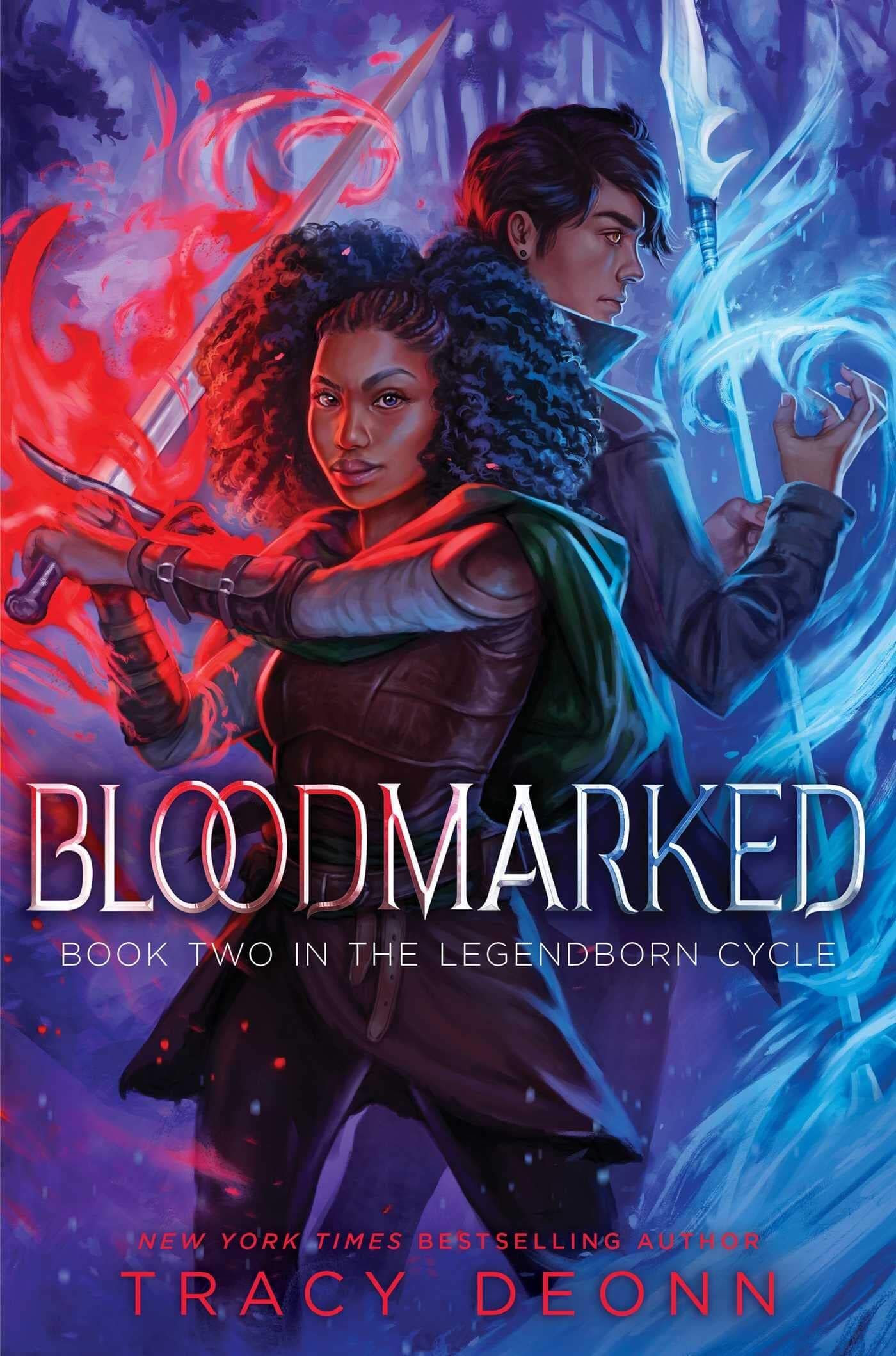 Bree wants answers for her mother’s death. To get them, she infiltrates a secret society descended from King Arthur’s knights, known as the Legendborn Order. During the process, she discovers that she has her own ancestral power, which turns her into someone entirely different: a medium, a bloodcrafter, a scion. But her new gifts have others worried, wanting to keep her safe—even if that means forcing her to stay put when her boyfriend gets kidnapped by enemy demons once war breaks out. The Order will do anything to prevent the war from going further and hide it from citizens, and Bree must take a stance to save her city and the ones she holds dear.

The nominees for Best Young Adult Book of 2022 are: 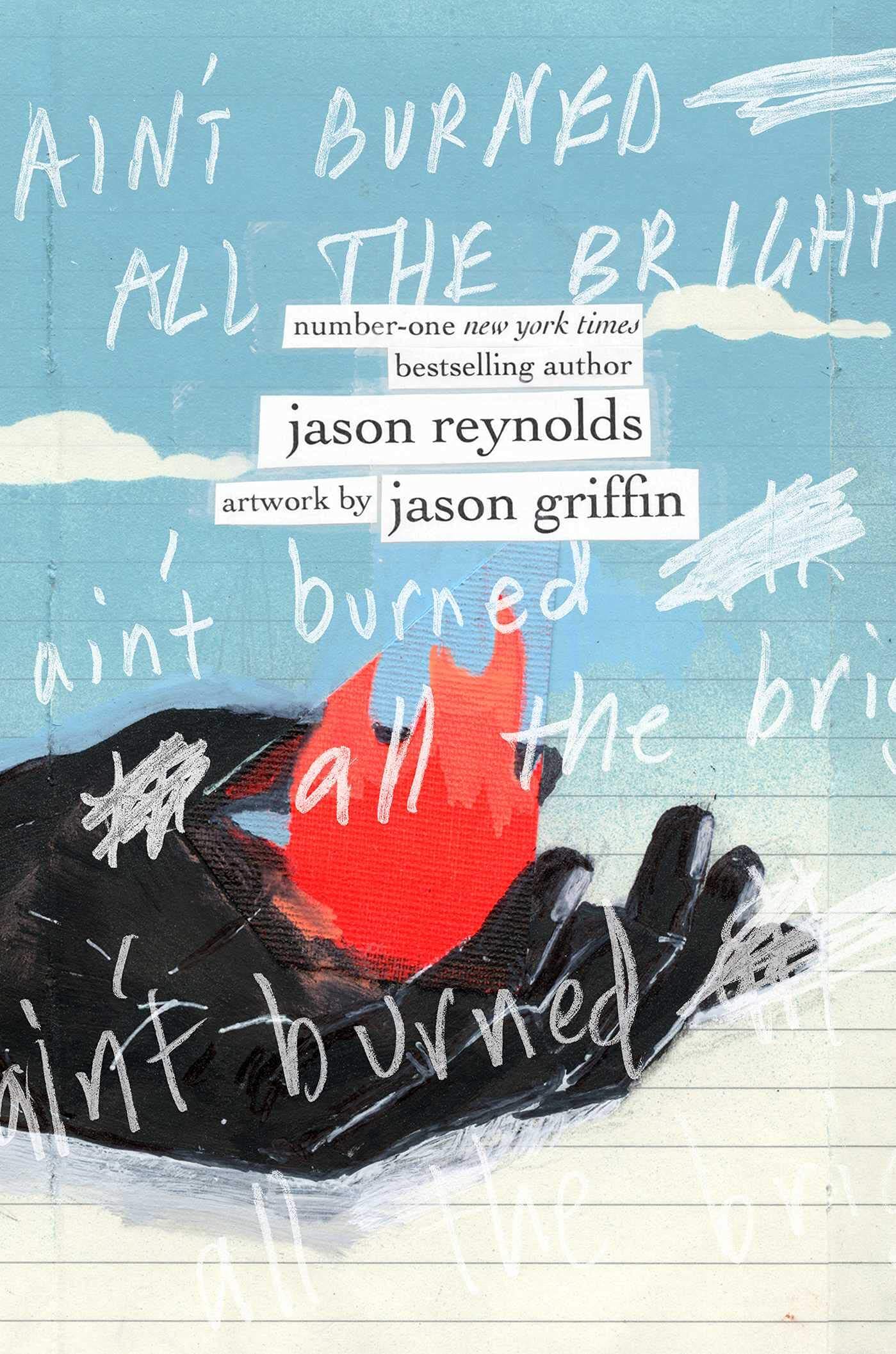 Ain‘t Burned All the Bright by Jason Reynolds

A captivating work about a Black family during the early months of the pandemic, Ain’t Burned All the Bright discusses police brutality, Covid-19, and other events that have radically transformed America’s political and cultural landscape. Jason Reynolds poetically captures the gravity of these experiences through his writing, while Jason Griffin contributes mesmerizing collages to accompany the prose and inspire readers to strive for peace and hope. 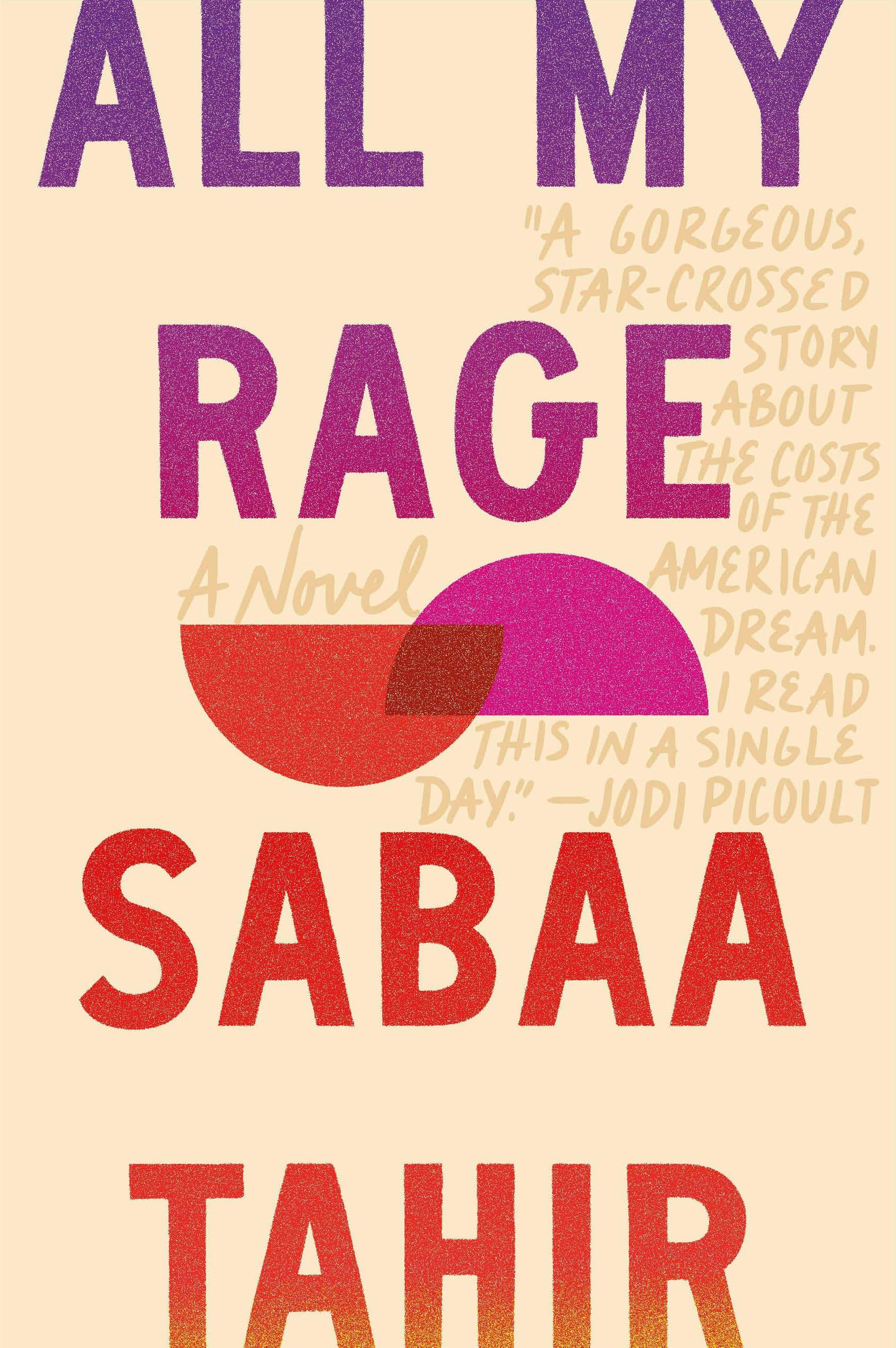 All My Rage by Sabaa Tahir

Back then in Lahore, Pakistan, Misbah was a dreamer and storyteller, newly married to Toufiq in an arranged match. After their young life is shaken by tragedy, they come to the United States and open the Cloud’s Rest Inn Motel. Now in Juniper, California, Salahudin and Noor are more than best friends; they are family. That is, until The Fight. Sal is fighting hard keep the family motel running, as his mother Misbah’s health fails and his grieving father loses himself to alcoholism. Noor, meanwhile, is working at her wrathful uncle’s liquor store while hiding the fact that she’s applying to college so she can escape him forever. When Sal’s attempts to save the motel spiral out of control, he and Noor must ask themselves what friendship is worth, and what it takes to defeat the monsters in their pasts and the ones in their midst. 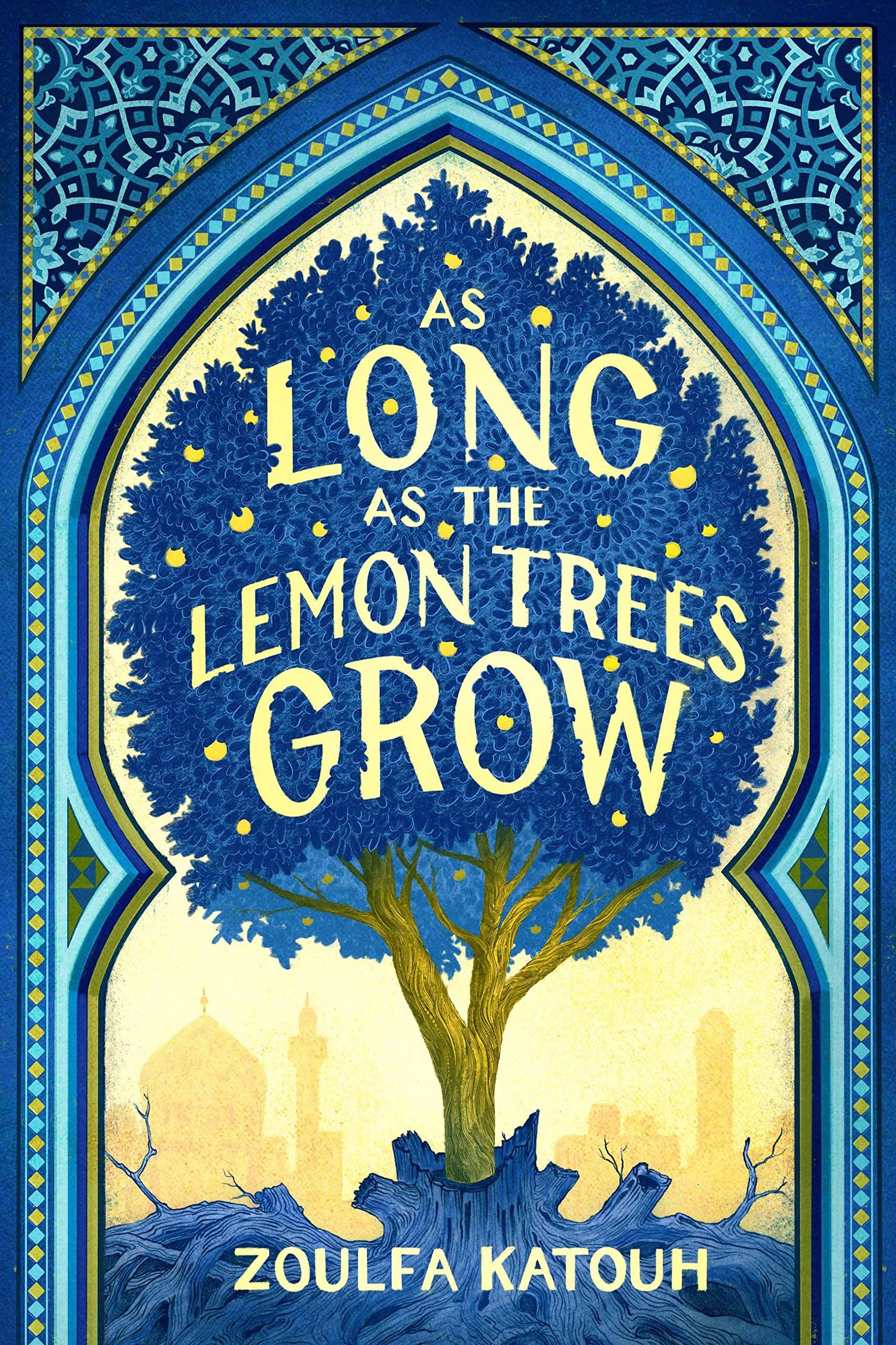 As Long as the Lemon Trees Grow by Zoulfa Katouh

Salama Kassab was a pharmacy student before the Syrian Revolution broke out, but now she volunteers at a hospital, helping the injured people who come in every day. While secretly searching for a way out of her home country, she struggles between being loyal to Syria and survival. Eventually, Salama comes to terms with the truth around her—this is not a war, but a fight for freedom. And she needs to decide what role she will play in this revolution. 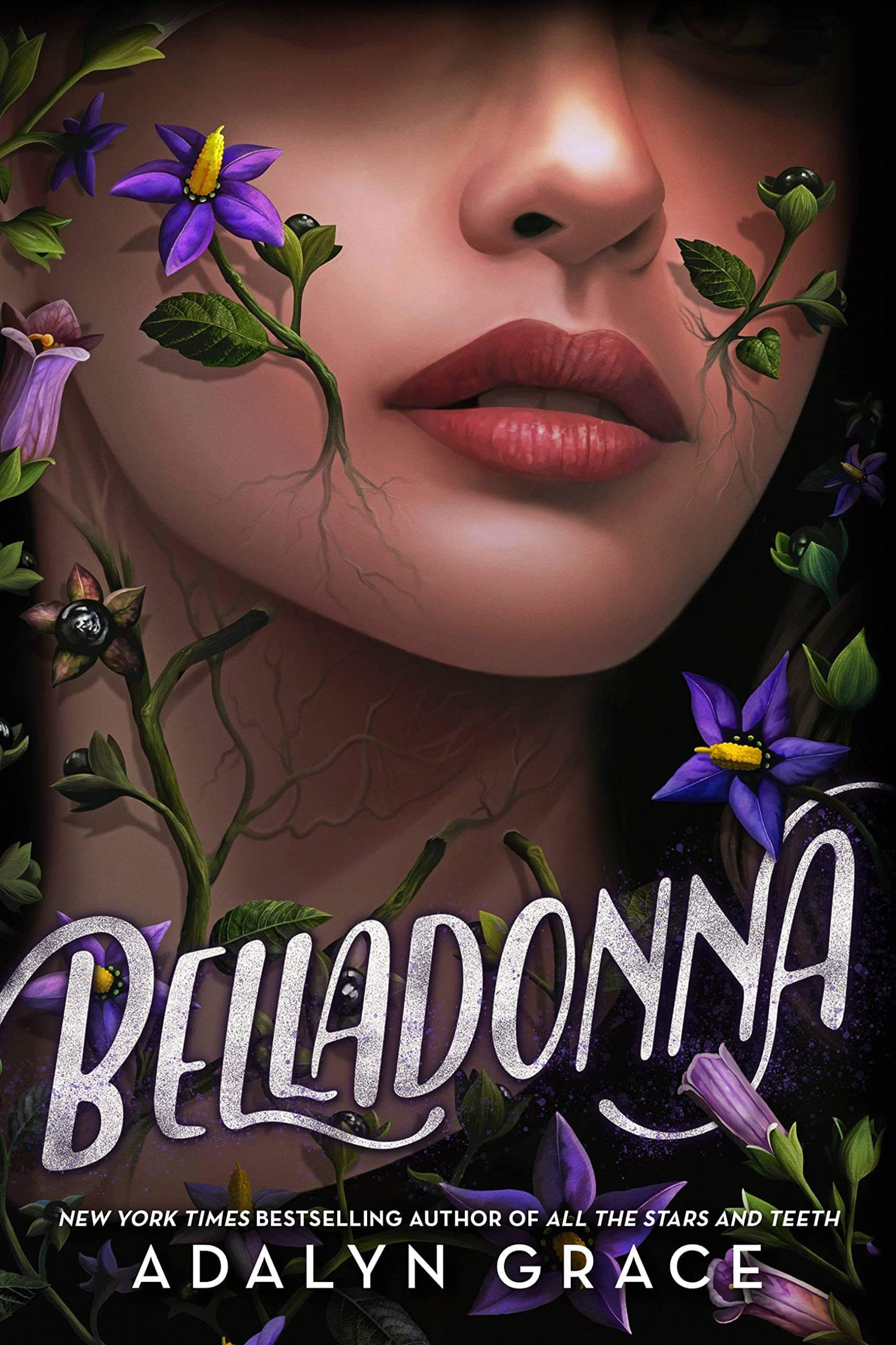 Signa has been raised by a string of guardians ever since she was a baby. Each guardian cares more about her wealth than they do her, and each one has unexpectedly died. The only family she has left are the ambiguous Hawthornes. The patriarch is mourning his late wife, as his son struggles to control the family’s reputation and his daughter suffers from a mysterious illness. When their mother’s spirit comes back and claims she was poisoned, Signa makes it her responsibility to find the killer. She teams up with a stable boy and Death himself to find the murderer in this romantic and Gothic murder-mystery fantasy. 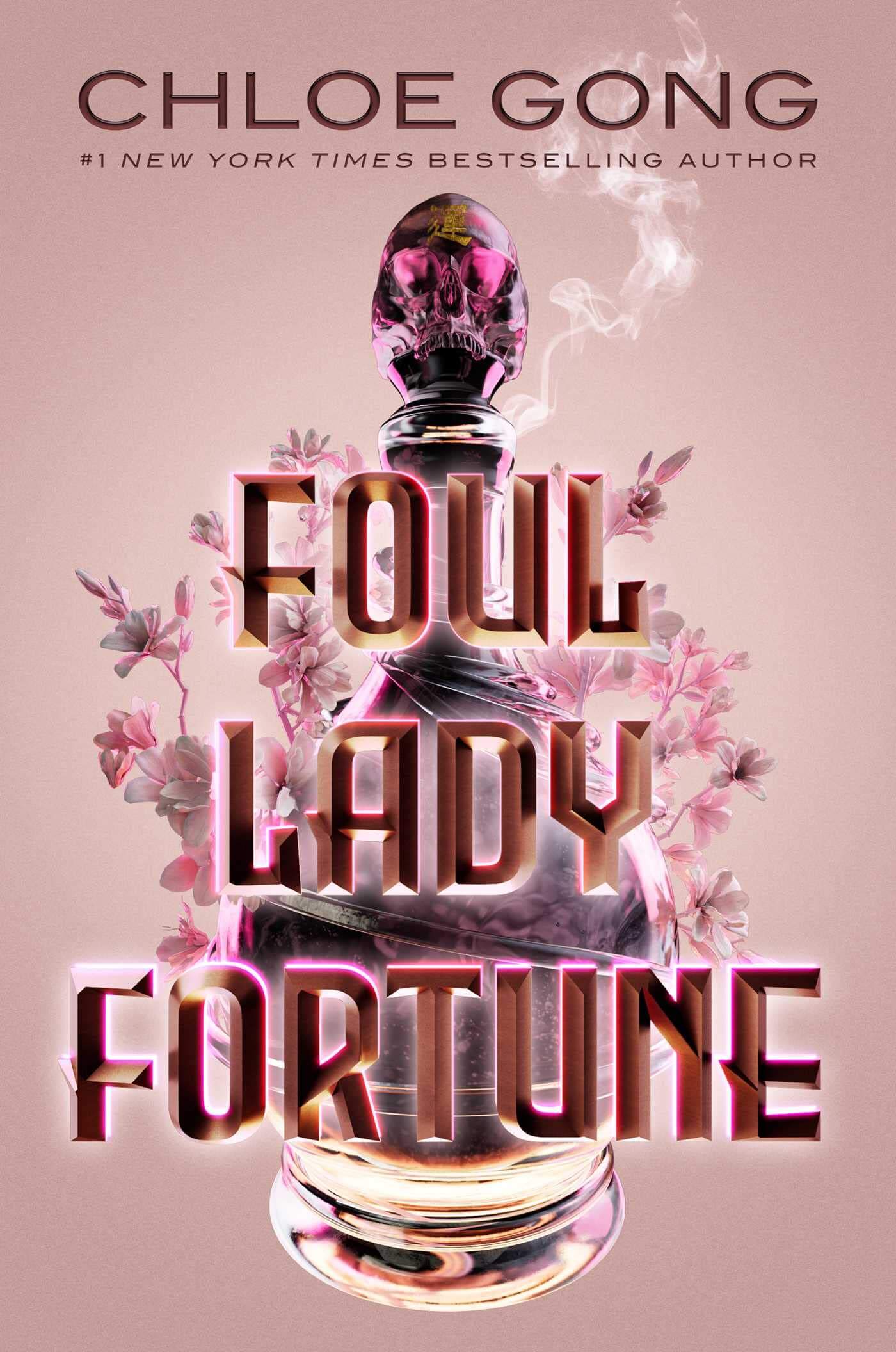 Four years ago, Rosalind Lang was saved from death—but she doesn’t sleep or age, and she can heal from any wound, making her immortal. Now in 1931 in Shanghai, Rosalind uses her powers as an assassin for her country under the code name “Fortune.” But when a string of murders in Shanghai creates unrest, the Japanese are under suspicion and Rosalind has to infiltrate foreign society and uncover the truth behind the murders. She’s forced to pose as the wife of the playboy Orion Hong, another Nationalist spy with a hidden agenda. As they work to solve the mystery, the two spies find more horrors than they could’ve ever anticipated. 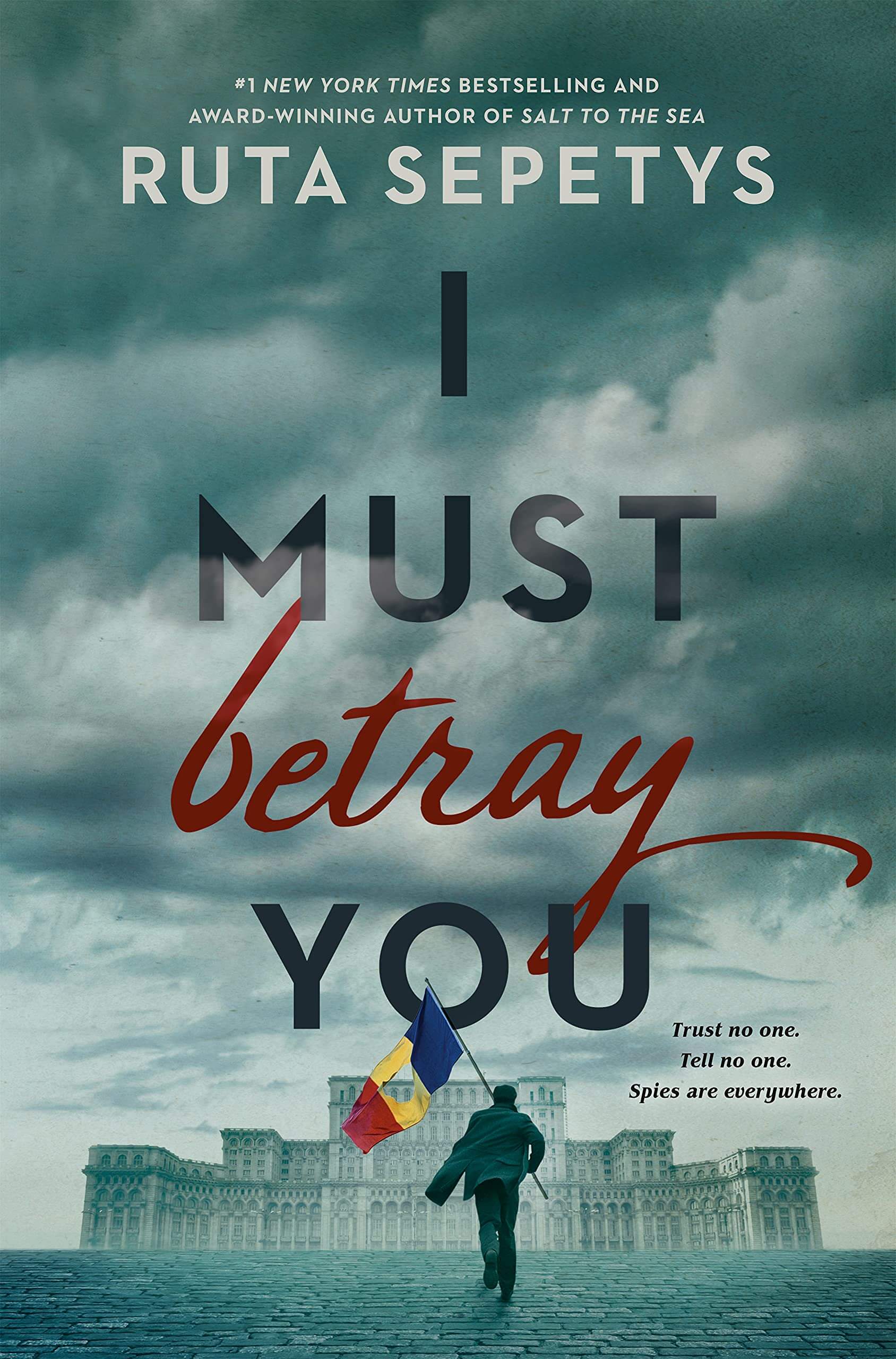 I Must Betray You by Ruth Sepetys

This historical thriller is set during the time period leading up to Romania’s 1989 revolution and the ousting of its charismatic but brutal leader, Nicolae Ceausescu. Insulated and living in constant fear, Romanians must survive under the oppressive regime that governs their country. There is little food, the electricity is randomly turned off and on, no outside media is allowed, and everyone worries about who they can trust and who they cannot—even family members are suspect. Sepetys vividly depicts life there during this time period, a period many will be unfamiliar with, and how one man managed to fool the world for far too long. 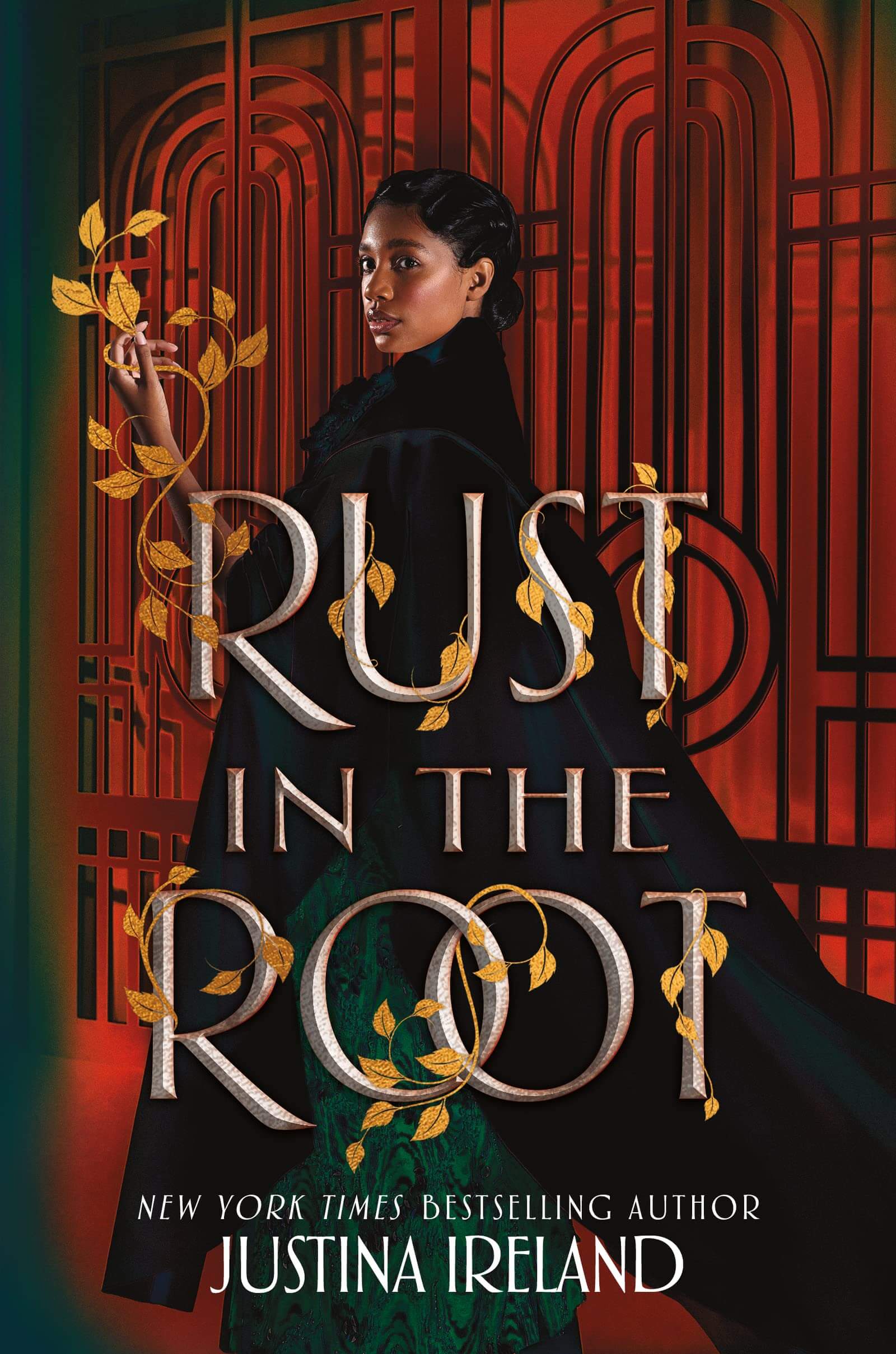 Rust in the Root by Justina Ireland

Set in 1937, America is divided between those who can work magic and those who cannot. After the Great Rust, a magical event that had catastrophic consequences for the country, many people believe the future is industry and technology, known as Mechomancy, and not the mystical arts. Laura Ann Langston is a young and talented queer mage whose dream is to earn her mage’s license. When things don’t go according to plan, Laura gets a job with the Bureau of the Arcane’s Conservation Corps, a US government branch dedicated to the success of Mechomancy. Laura becomes an apprentice for the Skylark, a powerful mage with a hidden past. On their first mission, they find the work of mages who have not been seen since the darkest times in American history, when Black mages were executed for their power. The work they discover threatens Laura and the Skylark’s lives, as well as everything they’ve worked for. 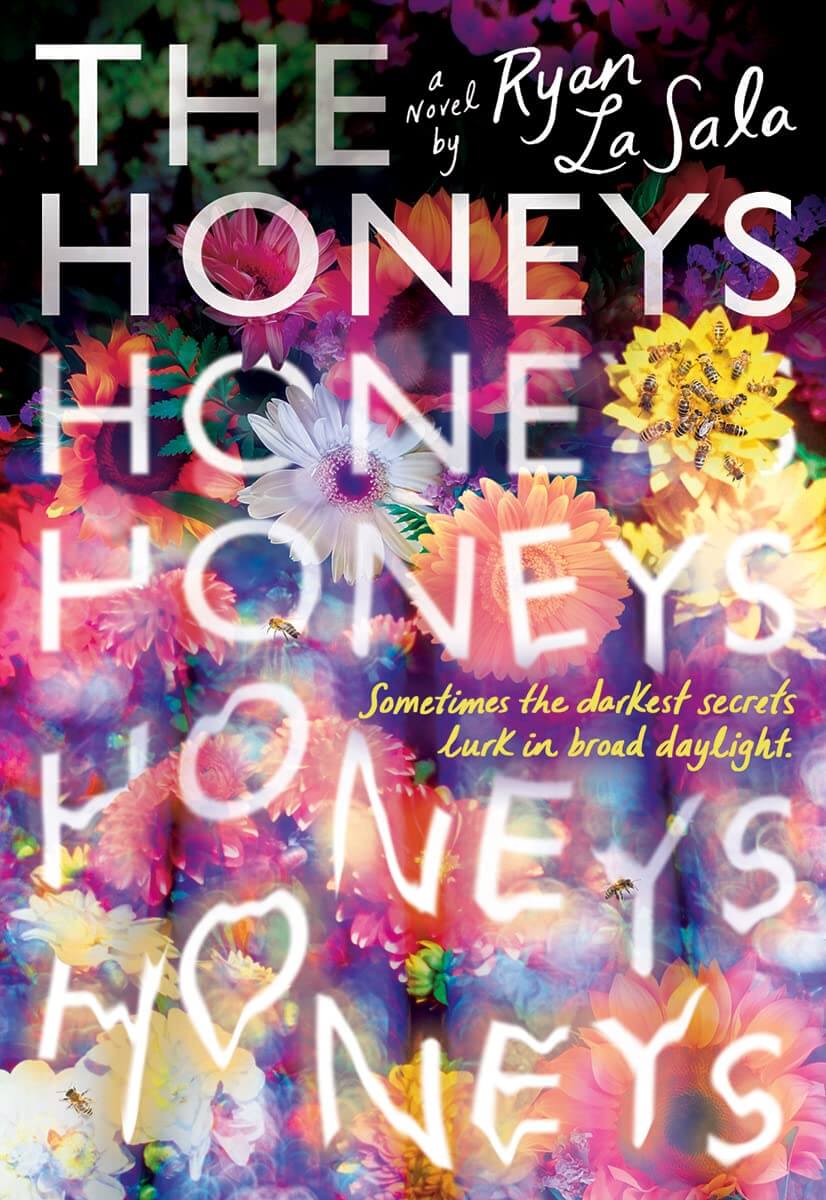 The Honeys by Ryan La Sala

When Mars loses his twin sister Caroline under horrific circumstances, he’s determined to find out why they grew so distant and to uncover the truth behind her death. Mars decides to attend Aspen’s Conservancy Summer Academy in Caroline’s place, hoping to find out more about his sister’s life. He’s led to a group of girls referred to as “the Honeys,” who are beautiful, enigmatic, and terrifying. Mars is certain that they were somehow involved in Caroline’s death, but the longer he stays at Aspen, the more complicated things become. He begins to question his memories and feels that something is toying with his mind. And if he doesn’t find it soon, Mars might suffer the same tragic fate as his sister. 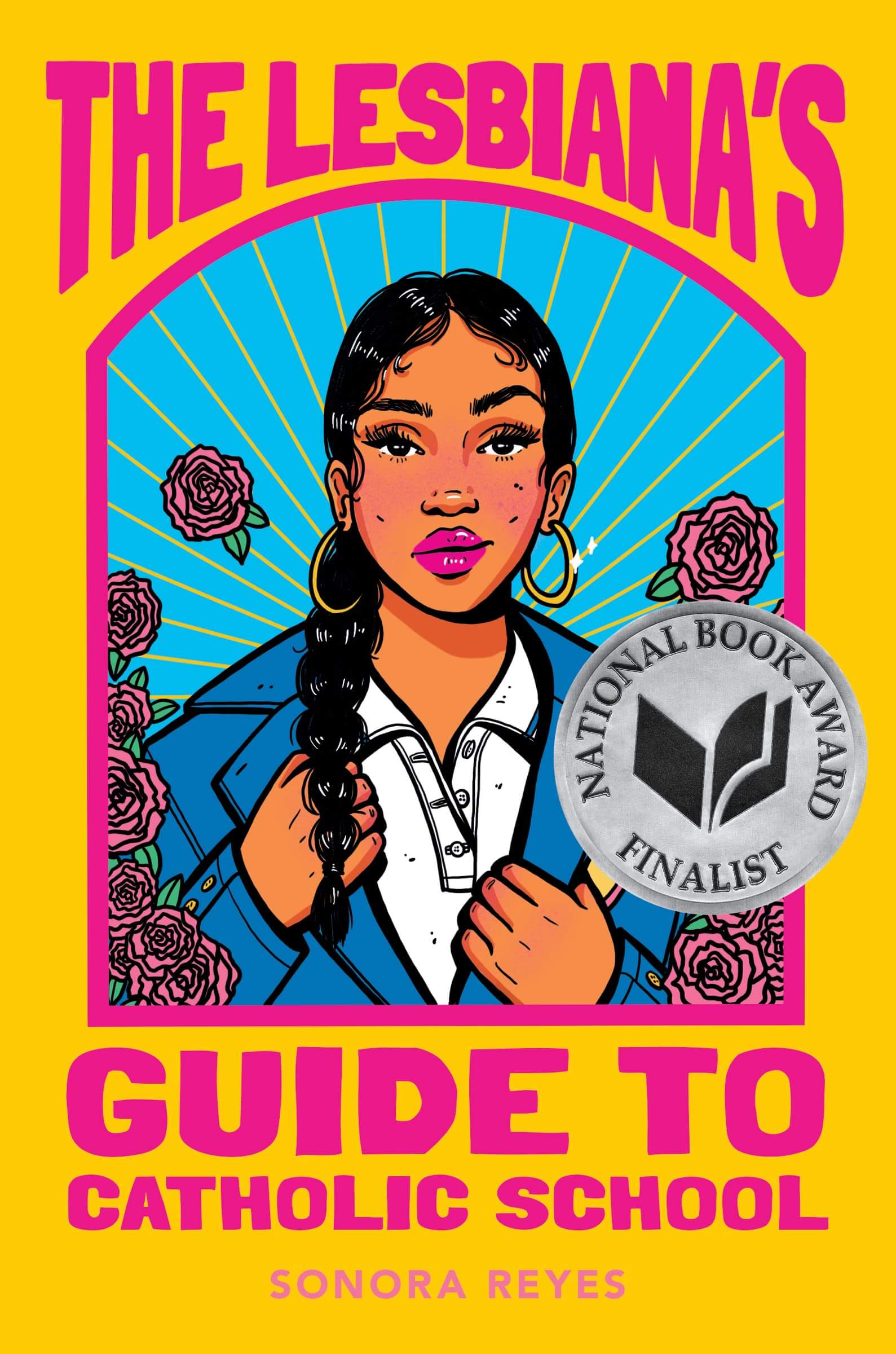 The Lesbiana’s Guide to Catholic School by Sonora Reyes

Following 16-year-old Yami as she navigates Catholic school as a Queer Mexican American girl, this novel is beautifully vulnerable, hilarious, and heartwarming. After being outed by her former best friend at her previous school and transferring to Slayton Catholic, Yami is determined to hide her sexuality, stay out of trouble, and make her mom proud. But when she meets an openly queer and charming girl named Bo, Yami’s feelings begin to threaten her plans, and pretending to be straight becomes a lot more challenging. Now Yami must decide which life she wants to live and whether embracing her truth is worth the risk. 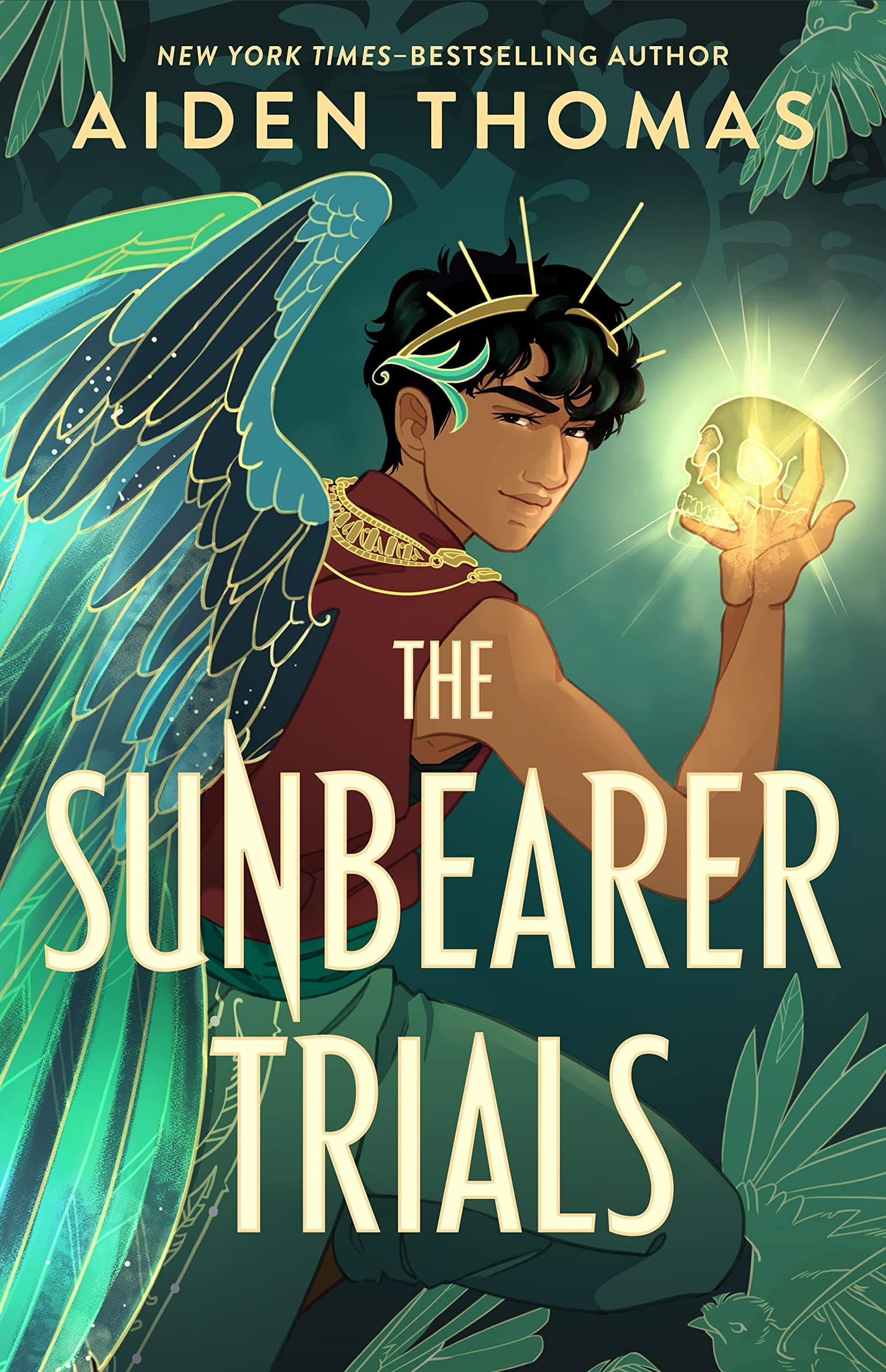 The Sunbearer Trials by Aiden Thomas

At the start of each decade, Sol selects ten of the best semidioses to partake in the Sunbearer trials in order to replenish the Sun’s power. The winner brings light and life to all the temples of Reino del Sol, but the loser is honored by being sacrificed and refueling the Sun Stones.  Teo is a seventeen-year-old Jade semidios and the trans son of a goddess. He’s not worried for himself, but for his best friend Niya, a gold semidios who is a sure pick for the trials. In an unexpected twist, Sol selects two Jade competitors, Teo and Xio, the child of the god of bad luck. It’s Teo’s mission is to ensure he and his friends stay out of last place and survive the trials. 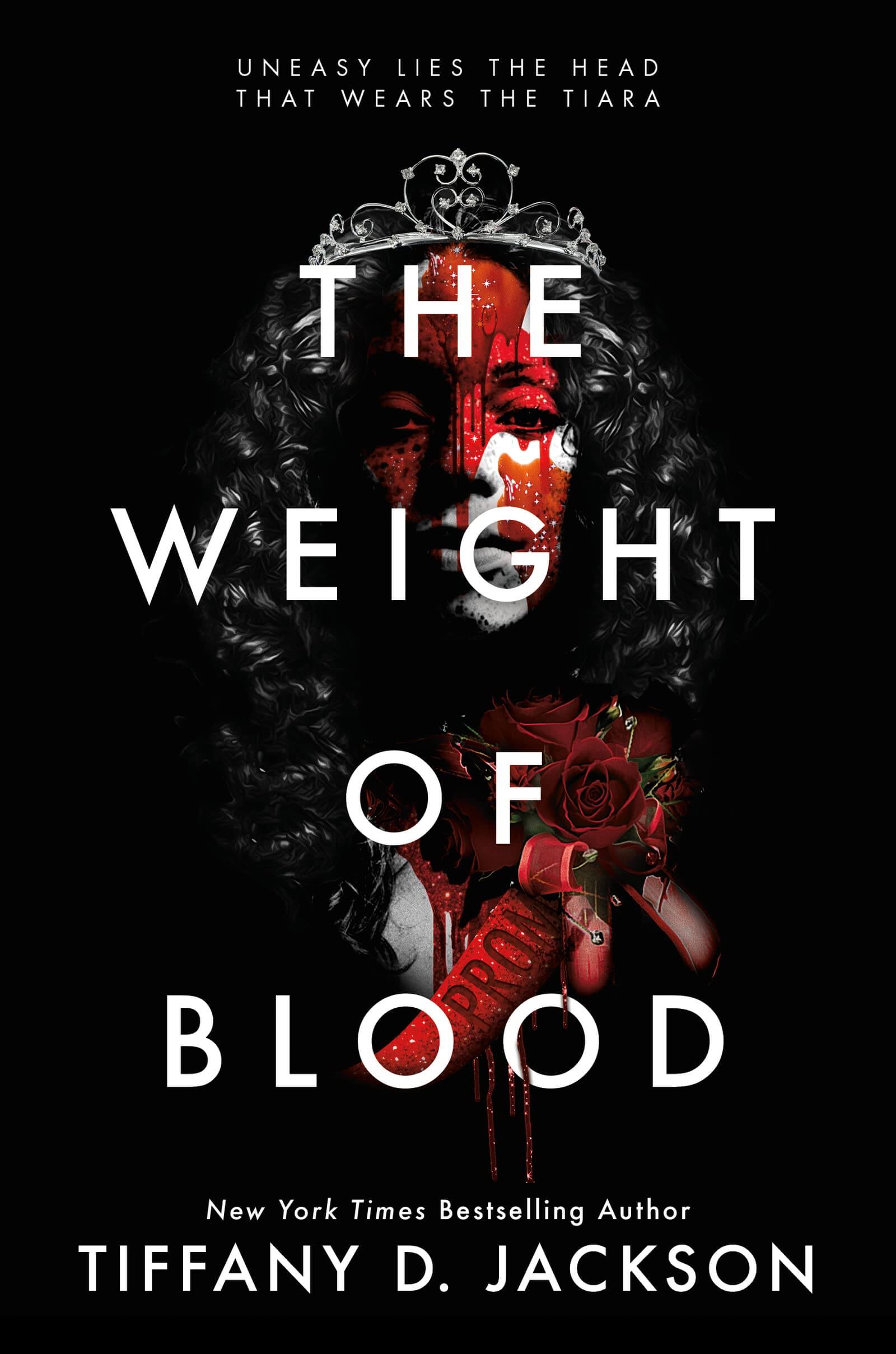 The Weight of Blood by Tiffany D. Jackson

Maddy Washington has been bullied for most of her life from her fellow classmates. While Maddy has been passing as white this entire time, it is soon revealed that she is biracial. Then, a video of her classmates bullying her goes viral and the school decides to plan an integrated prom to show unity. While Maddy thinks there is some relief on the horizon, some of her classmates have more tricks up their sleeves and plan on revealing all of Maddy’s secrets—leaving everyone to wonder what really happened on prom night when all fingers point to Maddy.