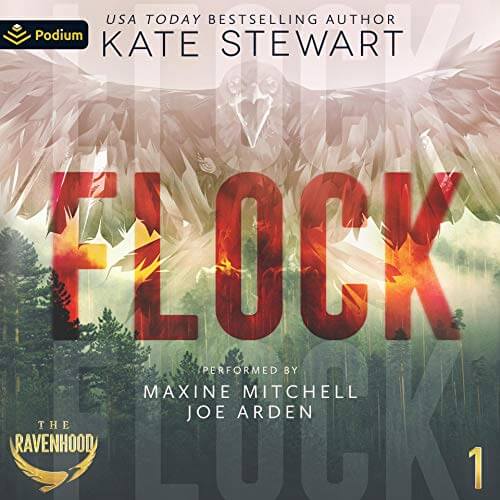 The Ravenhood trilogy is a gritty, modern-day take on Robin Hood filled with suspense, thrills and all the feels. In Flock, Book 1, we connect with a first-person main character who grew up believing that real love stories include a martyr or demand great sacrifice to be worthy.⁣ As a result she developed the most masochistic of romantic hearts, falling into her own twisted fairy tale. Being young and naïve, she gave into temptation in the town of Triple Falls—a town that wasn’t at all what it seemed, nor were the men that swept her under their wing. Because of that, she was in on their secrets; secrets that cost everything to keep, and blurred fiction and reality.⁣ 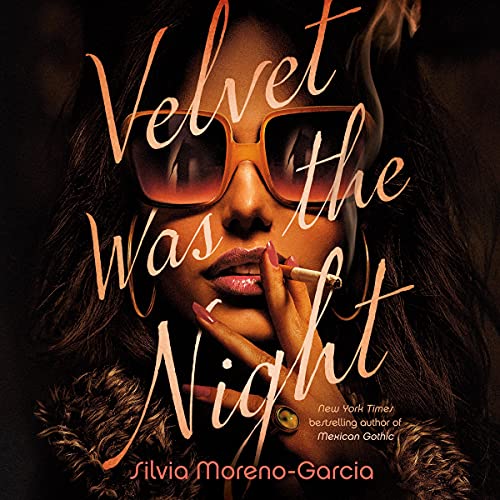 Velvet Was The Night by Silvia Moreno-Garcia

From the New York Times bestselling author of Mexican Gothic comes a twisty, simmering historical novel for lovers of smoky noirs and anti-heroes. It’s 1970s’ Mexico City, and when reclusive Maite’s next-door neighbor Leonora, a beautiful art student she envies, disappears, Maite finds herself searching for the missing woman—and journeying deeper into Leonora’s secret life of student radicals and dissidents. But someone else is looking for Leonora: Elvis, a criminal who longs to escape his life of commanding goon squads dedicated to squashing political activists. As Elvis searches for the missing woman, he watches Maite from a distance—and comes to regard her as a kindred spirit who shares his love of music and the unspoken loneliness of his heart. The velvety narration and beautiful language make this one audiobook that I finished in a few days. 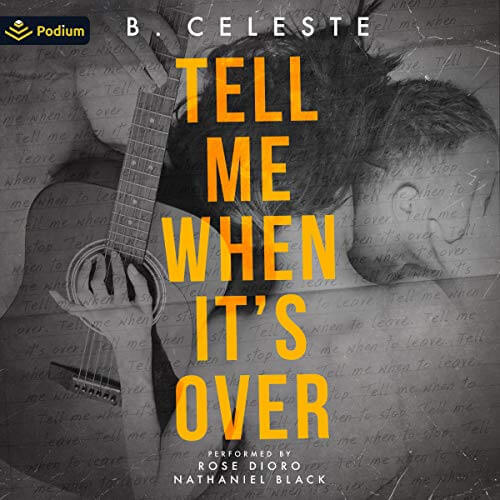 Tell Me When It’s Over by B. Celeste

This book is for those who love a slow burn….and who doesn’t love a good story centered around a romance with a moody rockstar? Leighton was just twelve years old when she met one of the world’s hottest celebrities, musician Kyler. Thirteen when she was welcomed into his family, and fourteen when she realized what his unconditional love felt like. Fifteen when he helped her figure out what hope was. And sixteen when her mother’s biggest lie changed their lives forever. Leighton takes three more years after the truth comes out, reunited with a boy whose innocent love had been taken from her, before realizing she was just as hypocritical as her mother, living the biggest lie of all: the inability to escape her undying love for Kyler, regardless of the circumstances. 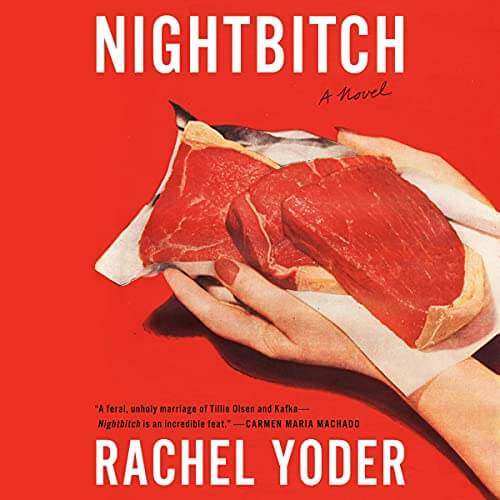 This book spoke to me on the level of being a new mom, dealing with contemporary anxieties, touching on original ideas about art, power and womanhood wrapped in a satirical fairy tale. In this blazingly smart debut, an ambitious artist turned stay-at-home mom becomes convinced she’s turning into a dog. Yes, you read that right. She puts her art career on hold to stay home with her newborn, and two years later, steps into the bathroom for a break from her toddler’s demands, only to discover a dense patch of hair on the back of her neck and seemingly sharper canine teeth. As her symptoms intensify and temptation to give in to her new dog impulses peak, she struggles to keep her alter-canine-identity secret. Seeking a cure at the library, she discovers the mysterious academic tome, A Field Guide to Magical Women: A Mythical Ethnography, and meets a group of mommies involved in a multilevel-marketing scheme who may also be more than what they seem. 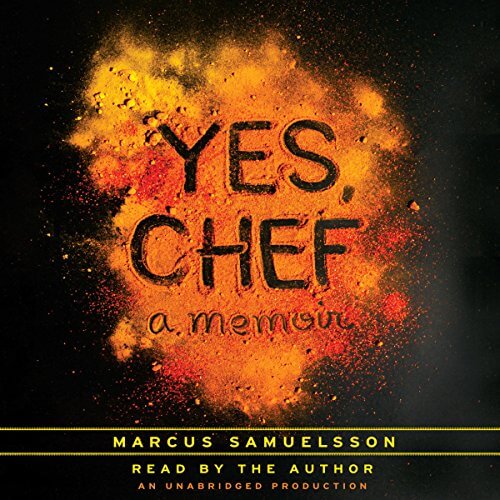 This 2013 Audie Award Nominee for Narration by the Author is a love letter to cultural traditions (and hardship), sharing a passion of food and embracing one’s identity. Marcus was only three years old when he, his mother, and his sister – all battling tuberculosis – walked 75 miles to a hospital in Ethiopia. His mother succumbed to the disease, but Marcus and his sister recovered, and one year later were welcomed into a loving middle-class white family in Sweden. It was there that Marcus’s new grandmother sparked in him a lifelong passion for food and cooking. He grew up to be a world-renowned chef, creating a truly diverse, multiracial dining room –  a place where an orphan from Ethiopia, raised in Sweden, living in America, can feel at home. His raw emotion comes out in the narration, as he opens up about his failures, personal discovery, and combining flavors from his heritage around the world. 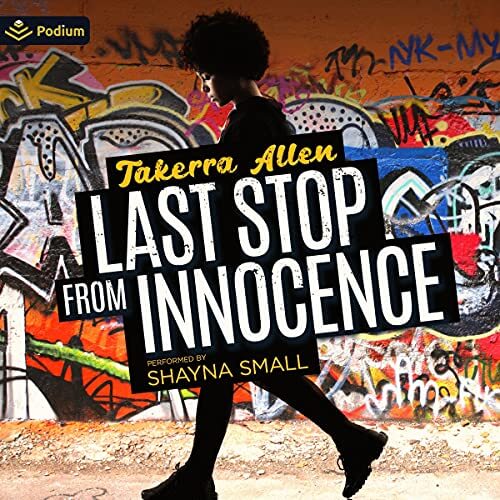 This nostalgic tale of first love, first loss and the budding womanhood of a Black girl in the ’90s makes you revisit your own first love and coming-of-age—in all its heartbreak and glory. Tragedy flips Amore Brown’s world on its axis right before she heads off to college. Having to sit tight for the summer, she chooses Jersey City – the home of her estranged father – to pass the time. Here, in urban grit, a stark contrast to the comforts of suburbia, she reconnects with a long-lost cousin for some final months of summer excursions, enrooting, and evolving. But it could never be that simple. How much will Amore have to lose in order to find herself? On the road to the woman she is becoming and removed from the girl she is no more, one stop changes her path forever. 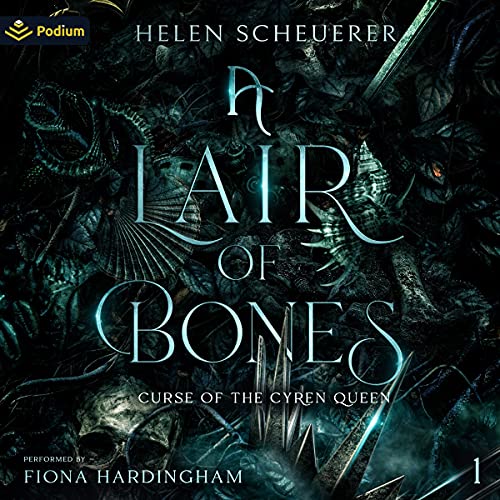 A Lair Of Bones by Helen Scheuerer

Imagine: A deadly contest. A vaulting ambition. How far will one cyren go to win? This book is like a Hunger Games for sirens (cyrens), and it was a blast to listen to! Mighty cyrens have ruled the ancient lair of Saddoriel for centuries; a cavernous fortress and a subterranean labyrinth of tunnels and levels all powered by magic and music. From the moment she was born, Roh, the daughter of an infamous criminal, has been despised by her own kind. Restricted to the Lower Sector and forced to work as a common bone cleaner, she has always believed she belongs above: where lies adventure…and power. Opportunity arises in the form of the Queen’s Tournament, a treacherous set of trials that could see the victor crowned ruler of the entire lair. Up against the most cunning, dangerous cyrens in all the realms, does Roh stand a chance? 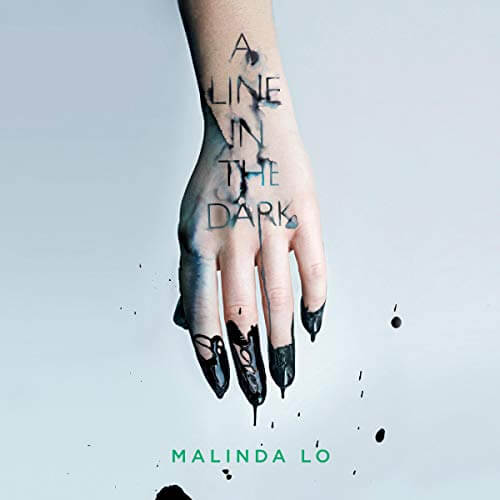 A Line in the Dark by Malinda Lo

This twisty, dark psychological thriller (love that cover!) kept me guessing until the very end. Jess Wong is Angie Redmond’s best friend. And that’s the most important thing, even if Angie can’t see how Jess truly feels. But when Angie begins to fall for Margot Adams, a girl from the nearby boarding school, Jess can see it coming a mile away. Suddenly her powers of observation are more a curse than a gift. As Angie drags Jess further into Margot’s circle, Jess discovers more than her friend’s growing crush. Secrets and cruelty lie just beneath the carefree surface of this world of wealth and privilege, and when they come out, Jess knows Angie won’t be able to handle the consequences. Gotta love those unreliable narrators. 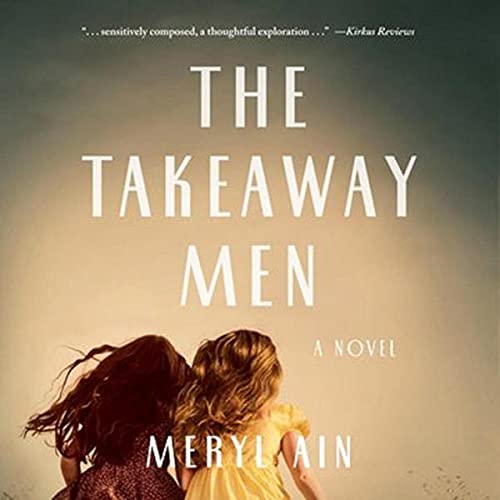 The Takeaway Men by Meryl Ain

Poignant and haunting, The Takeaway Men explores the impact of immigration, identity, prejudice, secrets and lies on parents and children in mid-twentieth-century America. With the cloud of the Holocaust still looming over them, twin sisters Bronka and Johanna Lubinski and their parents arrive in the US from a Displaced Persons Camp. In the years after World War II, they experience the difficulties of adjusting to American culture as well as the burgeoning fear of the Cold War. Years later, the discovery of a former Nazi hiding in their community brings the Holocaust out of the shadows. As the girls get older, they start to wonder about their parents’ pasts, and they begin to demand answers. But it soon becomes clear that those memories will be more difficult and painful to uncover than they could have anticipated. 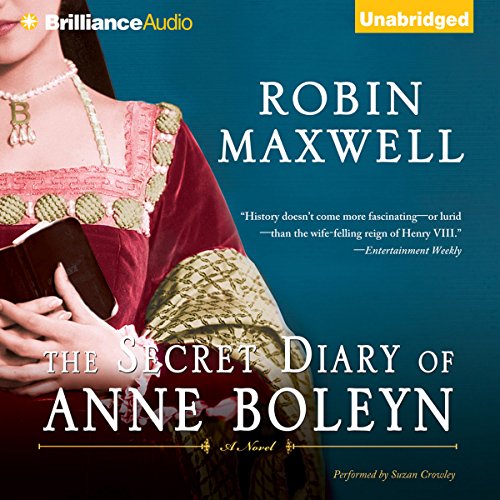 The Secret Diary of Anne Bolelyn by Robin Maxwell

I’m not usually one for political narratives, fiction or nonfiction, but this is an amazing energetic re-creation of Anne Boleyn’s tragic life—and death. Robin Maxwell offers a lovely version of a bawdy and exuberant time filled with lust, betrayal, love and murder. When young Queen Elizabeth I is entrusted with Anne Boleyn’s secret diary, she discovers a great deal about the mother she never knew—and the truth about her lascivious and despotic father, Henry VIII, and she vows never to relinquish control to any man. But that doesn’t prevent her from a love affair with her horsemaster -described with near-shocking candor – as too are Anne’s graphic trysts with a lustful Henry. Blending a historian’s attention to accuracy with a novelist’s artful rendering, Maxwell weaves compelling descriptions of court life and devastating portraits of actual people into this naughty, page-turning tale. 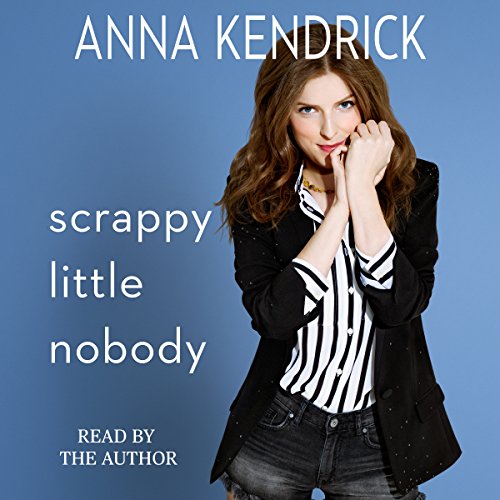 Scrappy Little Nobody by Anna Kendrick

Anna Kendrick is one of those witty, razor sharp yet adorable celebs that I could listen to talk and joke all day long. Her book was an instant NYT bestseller, and rightfully so. This collection of autobiographical—relatable, wry, hilarious and thoughtful—essays by the actress are about her rise from a “scrappy little nobody” to the dazzling Academy Award-nominated actress she is today. For example, at the ripe age of thirteen, she had already resolved to “keep the crazy inside my head where it belonged. Forever. But here’s the thing about crazy: It. Wants. Out.” Who can’t relate? We step into Anna’s brain, following the absurdities she’s experience along her way to the heart of pop culture and fame, from performing arts to Broadway to reviewing a binder full of butt doubles for film. This book had me laughing, like when you leave a long conversation with your best friend and feel light-hearted yet also inspired.