With commutes, road trips and errands, audiobooks are great for book lovers—although, when given the time, we’d all prefer a physical book in our hands, the crisp swish of pages, the aroma of wood, vanilla and glue, the sanctity of reading words from the hearts of trees. So each month, SheReads editorial director Lauren Wise curates a list of binge-worthy audiobooks, new and old. An added bonus: as the She Writes Press and SparkPress associate publisher, she also highlights the indie author audiobooks you should listen to now.
Feature Image Credit: @bookscallmyheart 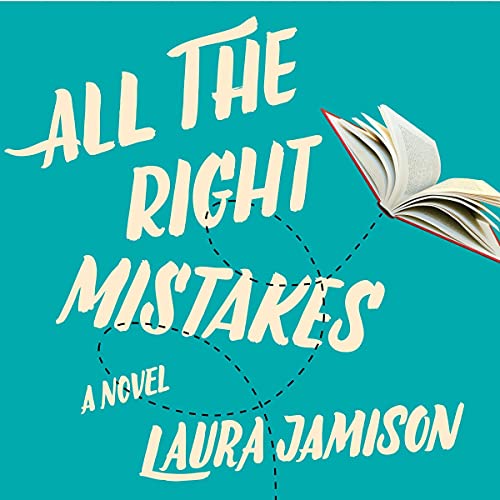 All the Right Mistakes by Laura Jamison

Every writer can relate to this one: you write what you know, right? And every group of adult female friends can relate as well: Life is messy, even for five college friends that live in a more privileged way than most. Elizabeth and Sara are lawyers; Martha is a doctor; Carmen is a wealthy and well-educated homemaker; and Heather, the most successful, is a famous tech executive. They’ve been friends for two decades, all in now in their 40th year of life, and they know each other better than anyone. Then, Heather writes a book filled with women’s advice and a lot of it includes the life “mistakes” of her friends. Despite their friendship and status in the world, Elizabeth, Sara, Martha, and Carmen all feel the sting of Heather’s cruel words. Now they’re all looking back and wondering if their life would’ve been different, even better, if they had heeded Heather’s advice. Can these women embrace the fact that their lives are shaped by not only their choices, but the way they approach obstacles? Or will they let those obstacles get in the way of their friendship? 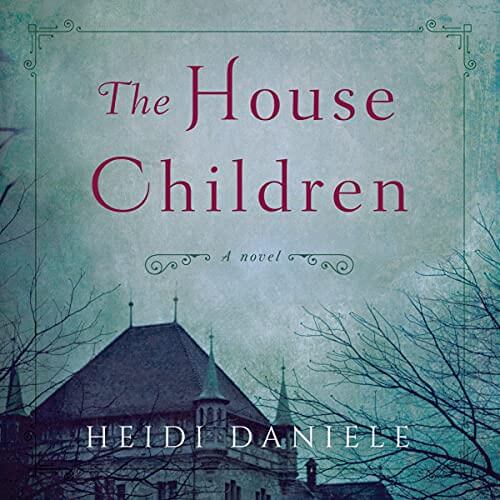 The House Children by Heidi Daniele

This book sheds light on a lesser-known history: that of the Irish industrial schools and the orphans sent there. In 1937, Mary Margaret Joyce is born in the Tuam Home for unwed mothers. Soon after, though, she is sent to an industrial school, given the name Peg, and assigned the number 27. However, at the mere age of 13, she accidentally learns the name of her birth mother. Her mother struggles with her embarrassment and sham for having a child out of wedlock, and Peg, angered by the abandonment, must figure out how tarnished their relationship will be—especially since Peg is growing up and planning a future outside of Ireland. This is a story of perseverance and family and life inside Ireland’s infamous industrial schools. 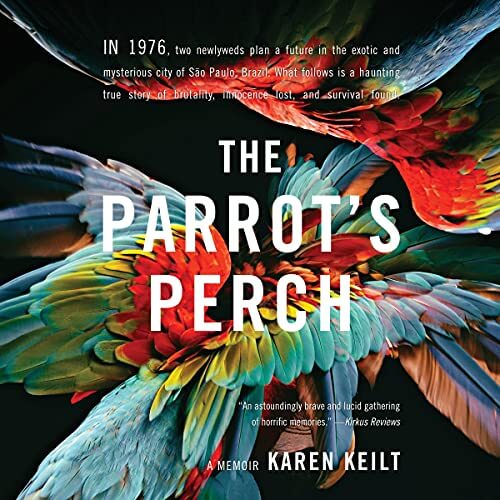 The Parrot’s Perch by Karen Keilt

This is an incredible, horrific, but ultimately, hopeful and redeeming true story of survival that feels straight out of a thriller film, full of hints of a dark oligarchy in Brazil, corruption, crime and military interference. In 2013, Karen Keilt receives an email that takes her back 37 years, to when she and her fiancé were kidnapped and kept in an off-the-grid prison in Brazil—and they had no clue as to why. In this memoir at the age of 60, she has been invited to testify at the Brazilian National Truth Commission at the UN in New York in hopes of raising awareness about ongoing human rights violations in Brazil. She wants to testify, but she anguishes over reliving the horrific events of her youth. Forbidden by her wealthy family to even mention her imprisonment, torture and rape, Keilt is forced to make a change that will affect the rest of her life. Her testimony will make you a witness to vulnerability and strength in an impossible situation. 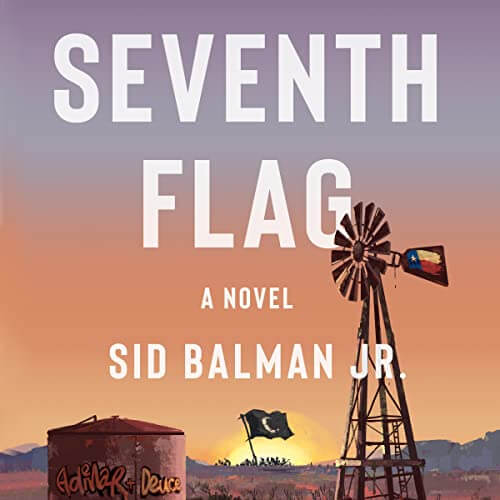 In the small West Texas town, Dell City, four generations of an iconic American family and a Syrian Muslim family carve a farming empire out of the unforgiving high desert. Set in the unraveling of the United States after World War II, this story follows these generations of families as they grow up and adapt to shifting paradigms of gender, commerce, patriotism, loyalty, religion and sexuality. Traveling the world from journeying the football fields of Texas and West Point to the hippie playgrounds of Asia, this is the chronicles of identity and citizenship in America and being unified under an ambiguous banner that is supposed to represent a mosaic of cultures, religions, and people. 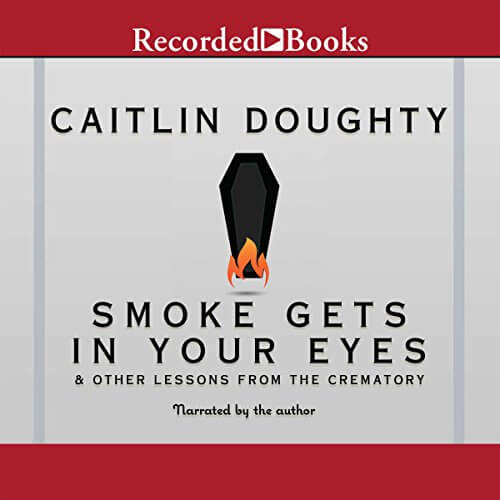 Smoke Gets in Your Eyes by Caitlin Doughty

This is the perfect book for the month of October: who hasn’t wondered what it’s like behind the scenes at a crematorium? Author Caitlin Doughty is no stranger to writing books about death, funeral customs, and the like, and it all started when she worked in a crematory, turning her morbid curiosity into her life’s work. She encounters vivid people, both alive and dead, explores the world of the deceased, and the fact that thanatophobia, or the fear of death, has cursed human society and how that was turned into a billion-dollar industry. But Caitlin approaches this scary topic in a way that doesn’t make it too uncanny, telling an unusual coming-of-age story full of bizarre encounters and gallows humor—and she’s on a mission to change how the world thinks of death. 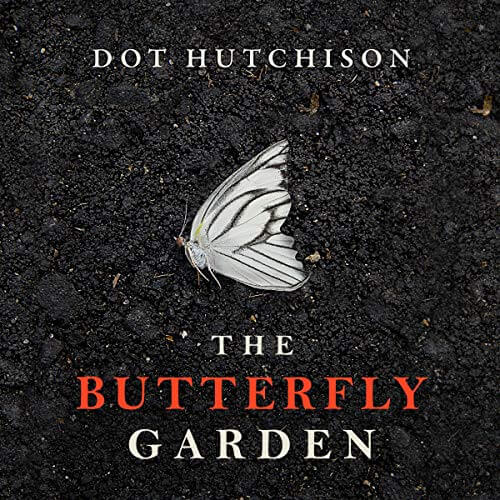 The Butterfly Garden by Dot Hutchison

It took me about three days to binge this audiobook; I couldn’t stop listening. It’s an intriguing study of horrific sociopath tendencies and human nature, with incredible character development. Outside an isolated mansion grows a beautiful garden. In this garden grows flowers and trees and a collection of “butterflies” all grown by the “Gardener.” These butterflies are young women who have been kidnapped and branded for their namesakes When the garden is discovered, a survivor is taken in and questioned by the FBI. However, agents Victor Hanoverian and Brandon Eddison find the survivor, Maya, to be just as much of a puzzle as the stomach-churning story of the Butterfly Garden. But the more she shares, the more the agents have to wonder what she’s still hiding … 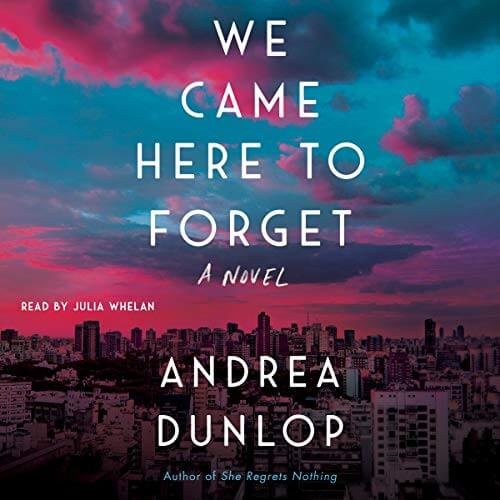 We Came Here to Forget by Andrea Dunlop

This book speaks to me on so many levels, that even though I read the paperback last year, I had to listen to the audiobook as well. Katie Cleary and her two best friends, all-American brothers Luke and Blair, are the USA’s best shot at bringing home Olympic gold in skiing. But as Katie excels on her upward trajectory, her sister is in a downward spiral and her descent will not only lay ruin to Katie’s career, but to her family and her relationship with Luke and Blair. In an attempt to be reborn in the ashes of her old life, Katie flees to Buenos Aires where she reinvents herself as Liz Sullivan. There, she finds the beautiful city has dark secrets of its own, but its wild promises seem like a perfect refuge from the demons that she can’t seem to outrun. This is an exploration of what it means to dream, to desire, to achieve – and what’s left behind after it all disappears. 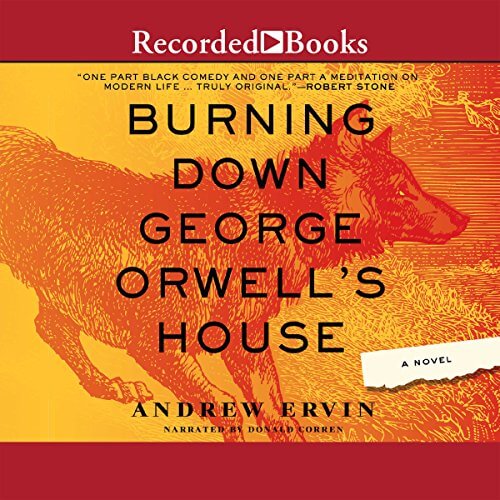 Werewolves, whiskey, and George Orwell? Sign me up! This book is super underrated, with its rich writing, interesting plot, and supernatural twist. After leaving the world of being a high-flying advertising executive in Chicago, Ray is miserable and quite prepared to make his troubles go away with the help of copious quantities of excellent scotch in the isolated Scottish Isle of Jura. So he heads to the cottage where George Orwell wrote most of his seminal novel, Nineteen Eighty-Four, and encounters a lot of scotch, local color and . . . a possible werewolf. But when a few of the local islanders can’t quite get a good read on the foreigner, Ray finds himself dealing with the local shenanigans. Against his better judgment, Ray’s misadventures build to the night of a traditional boozy werewolf hunt on the Isle of Jura on the summer solstice. 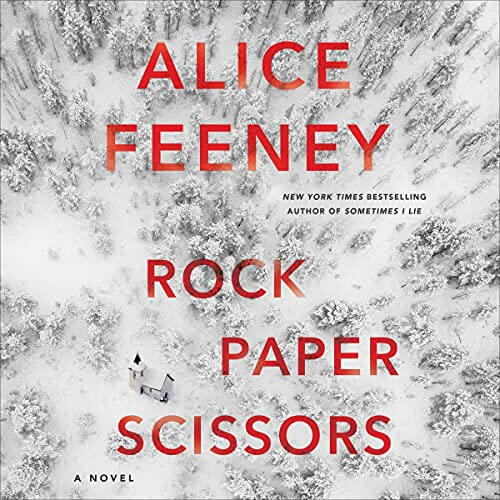 Alice Feeney did it again, and the multiple narrators of this audiobook really did a great job of this multiple point-of-view story. Married couple Adam and Amelia Wright win a weekend getaway at the perfect time – their marriage is in shambles. Adam has dealt with face blindness all his life; he has never recognized anyone, including his wife. For every anniversary for the past ten years, Amelia has written Adam a letter that she never lets him read, until now. After ten years of marriage and secrets, this weekend could end up costing them more than their marriage. 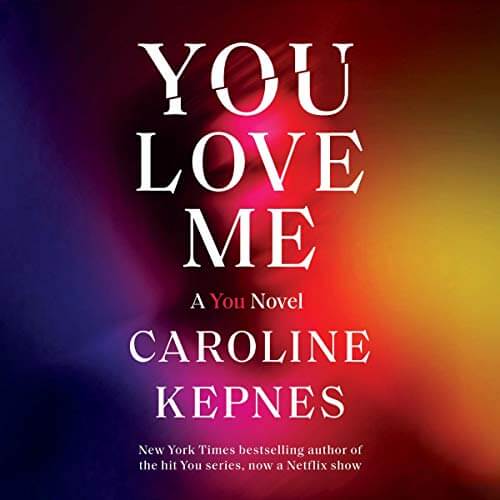 I can’t wait to watch the new season of You on Netflix! And this series keeps on impressing me. Joe Goldberg is done with the cities. So, he’s moving on to the simple pleasures on a cozy island in the Pacific Northwest.  He gets a job at a local library, he does know a thing or two about books. He can finally just breathe. Until he meets her. Mary Kay DiMarco. But this has to be different. Joe won’t meddle; he will not obsess. He’ll try the old-fashioned way. However, Mary Kay already has a life. She’s a mother. She’s a friend. She’s…busy. True love can only triumph if both people are willing to make room for the real thing. Joe, he’s ready. And hopefully, with his encouragement and undying support, Mary Kay will do the right thing and make room for him. Welcome the highly anticipated new thriller in Caroline Kepnes’ hit You series. 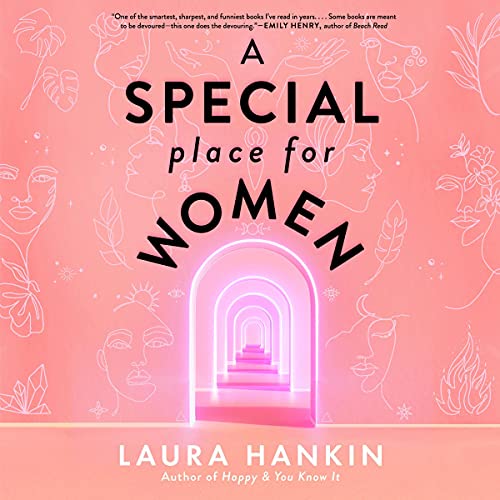 Rumors have swirled around the exclusive, women-only social club where the elite tastemakers of NYC meet for years. Journalist Jillian Beckley is about to find out if any of the whisperings are true. Jillian’s career is plummeting, and she needs something juicy to make a comeback. What better than to infiltrate the female-run secret society? Sure, there’s some personal stake in it, too, but the deeper she gets into this new world – where billionaire “girlbosses” mingles with occult-obsessed Bohemians – the more she learns that bad things happen to those who dare to question the club’s motives or giggle at its outlandish rituals.  The women in the club may be far more powerful than Jillian ever imagined, and far more dangerous, too.