Books about Dating During Midlife

Books about Dating During Midlife

Dating is complicated, no matter when in your life you’re venturing into it. Today’s age has brought the complication of technology and ghosting. No part of it is easy, but some of it can enlighten us and prove to be triumphant. Dating during midlife doesn’t have to be so, well, complicated, and we’ve rounded up some books to help keep love, lovers, and yourself fun and light-hearted. 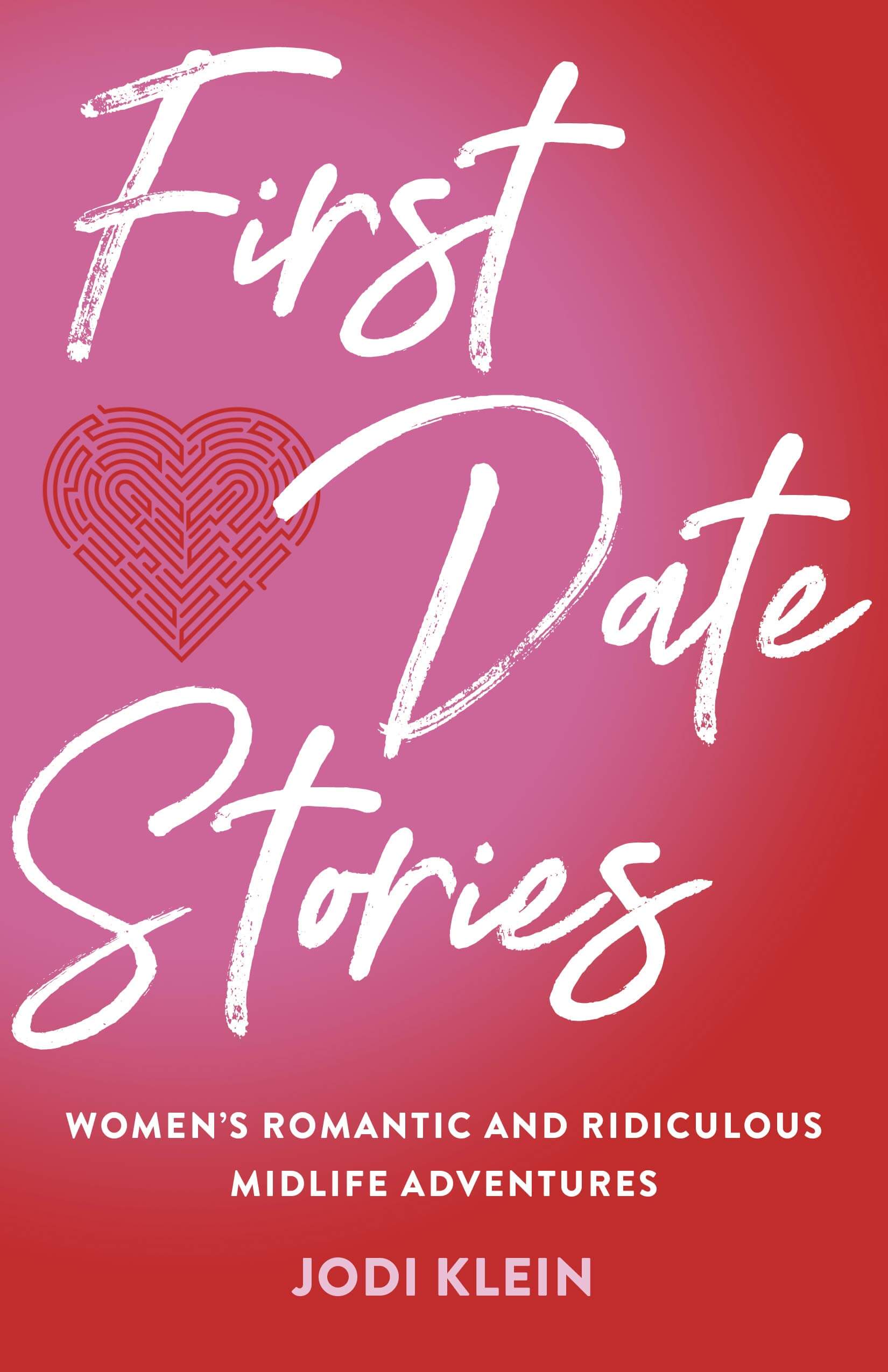 A first date brings expectations and daydreams that are rarely lived up to. This book is here to bring you stories of disasters, triumphs, and laughs with women’s stories of first dates. Each story comes with some advice and inspirational quotes that can help guide you in the journey of dating in your mid-thirties. 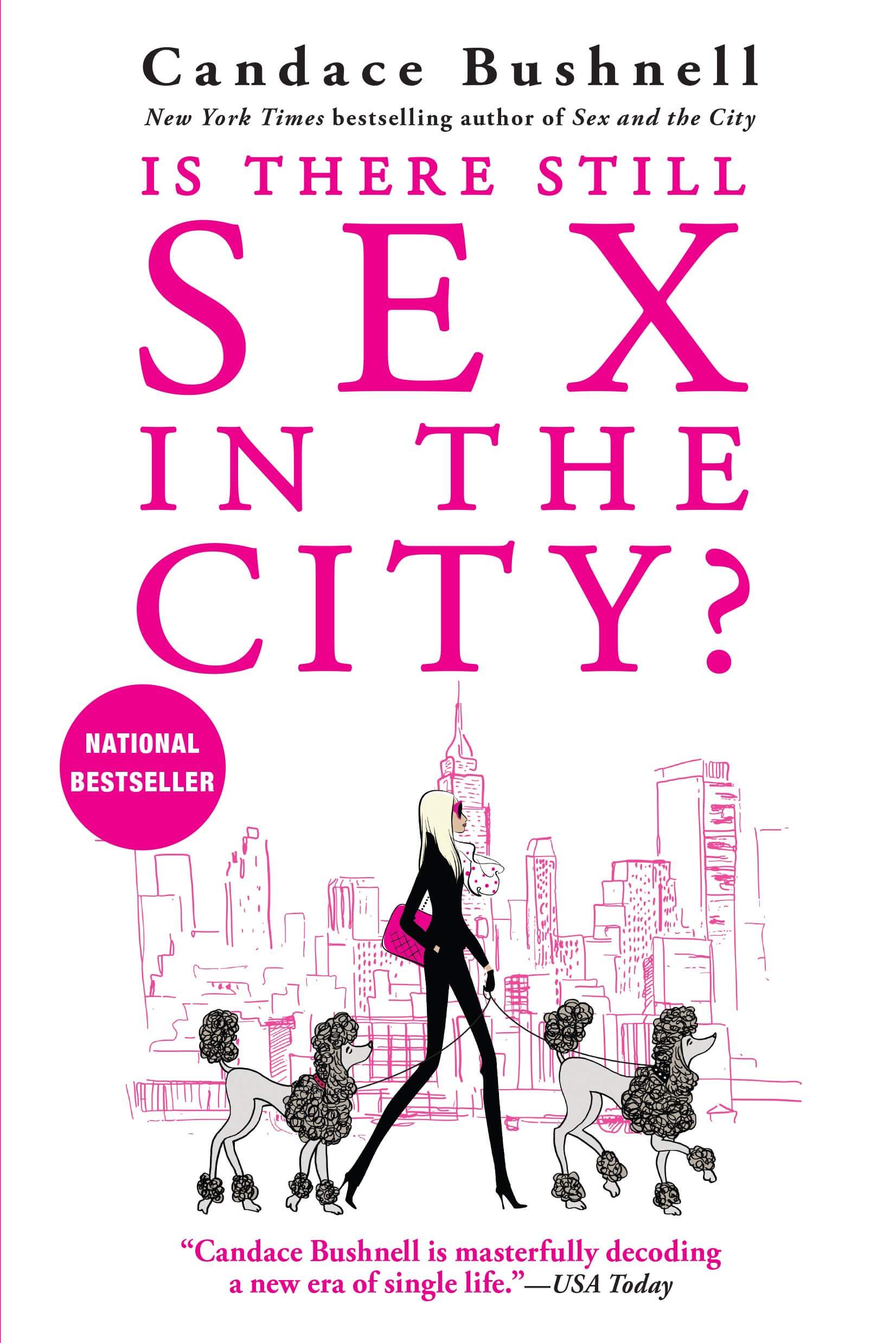 Is There Still Sex in the City? by Candace Bushnell

This is the highs, lows and wilds of sex and dating after fifty. Follow Sassy, Kitty, Queenie, Tilda Tia, Marilyn and Candace as they navigate the phenomena of midlife dating and relationships. Bushnell tells her own experiences of the dating world, love and life, from every angle you can think of—marriage and children, divorce and bereavement, as well as the very real pressures on women to maintain their youth and have it all. 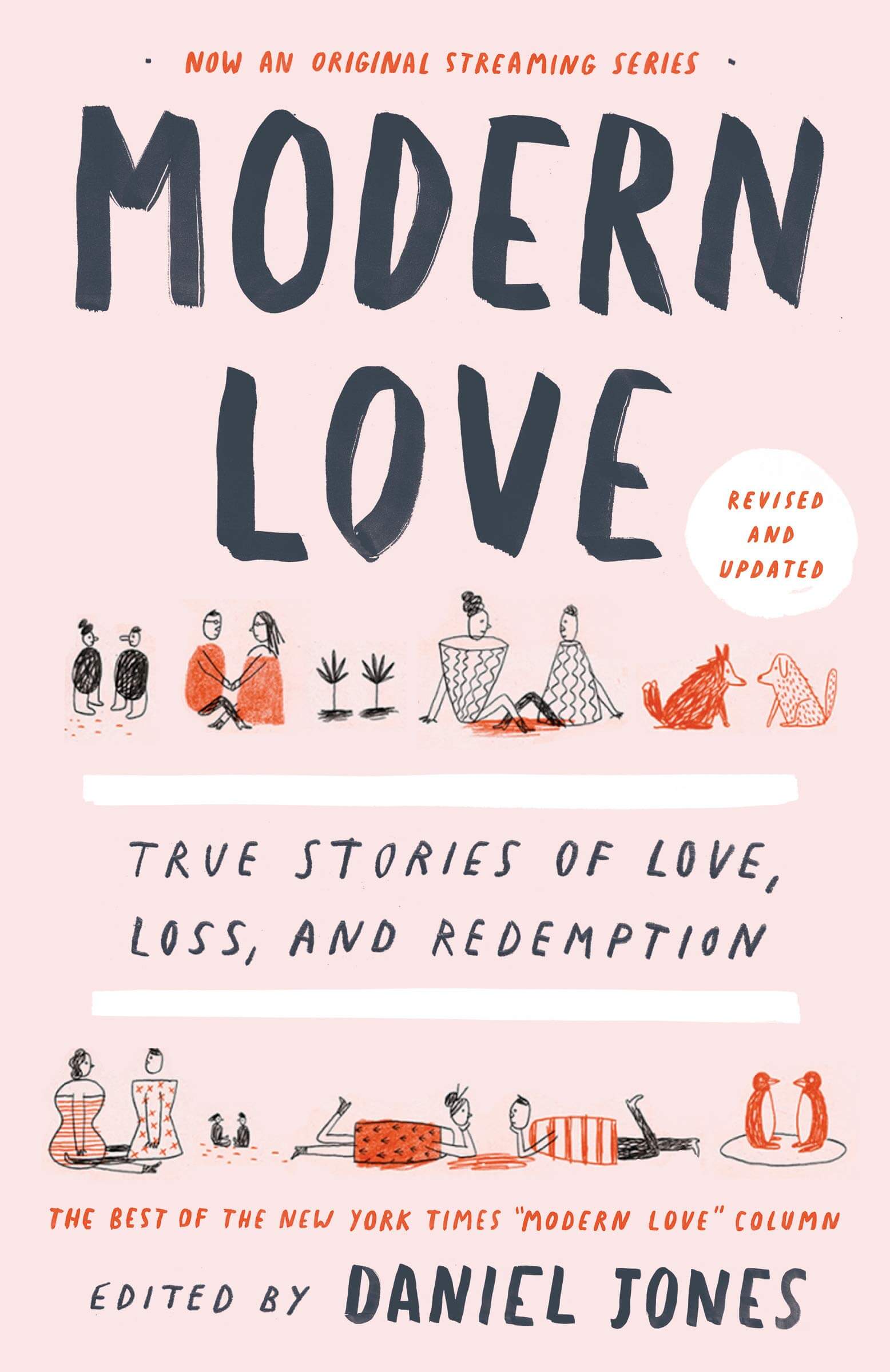 Since it’s debut in 2004, the “Modern Love” column in The New York Times has entertained and taught people about real-world dating. In this updated version, you get to see how the world has changed—and stayed the same in many ways—especially when it comes to dating. Technology has changed the way we date forever, but the struggles to find love are timeless. Relatable, and sometimes unbelievable, this is the book for anyone who has and is dealing with the endlessly complicated workings of the human heart. 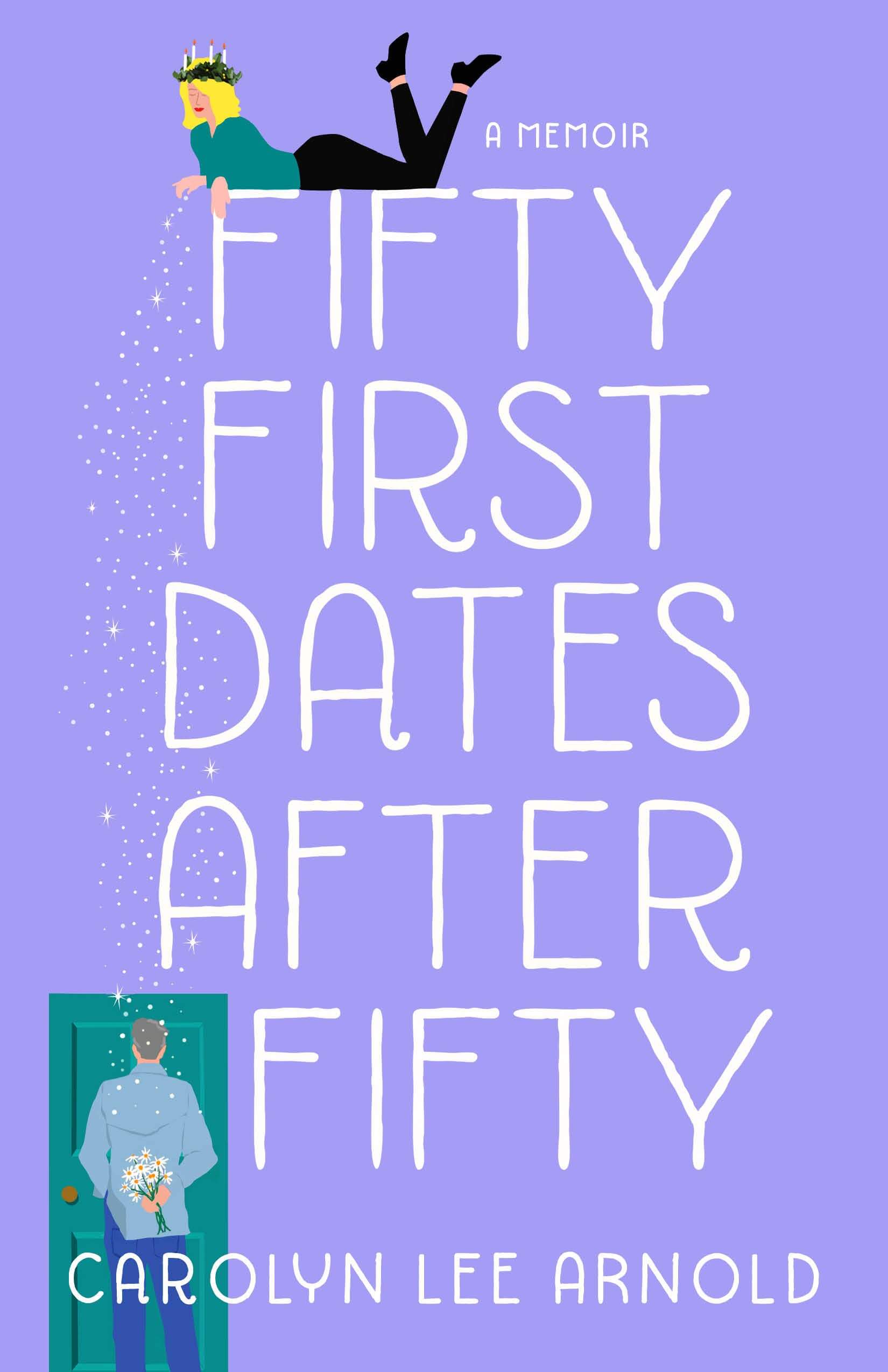 It’s all about how you look at things: Carolyn decided that a break-up was not going to hold her back from seeing what’s out there. After she holds a ‘letting go’ ceremony with the soon-to-be ex-boyfriend, Carolyn challenges herself to go on 50 dates. A few lovers later, several heart soars and falls, and voila! Finding Mr. Right becomes a sexy dating project. This upbeat memoir about the search for a partner in midlife is also a celebration of a woman’s unabashed sexuality and never settling for the wrong life partner. 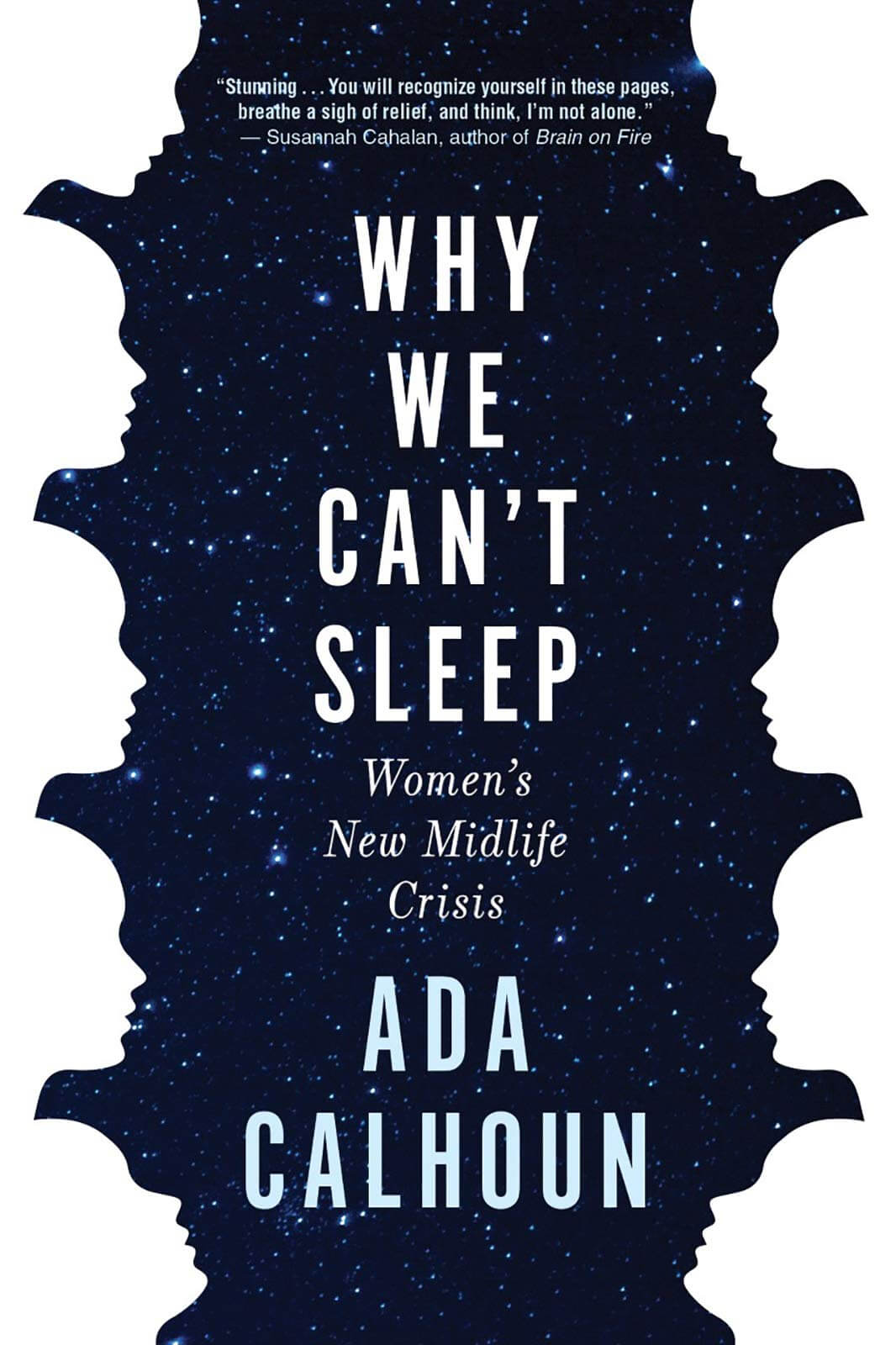 Why We Can’t Sleep by Ada Calhoun

A mid-life crisis is inevitable to some. But why? Why is it normal to feel miserable? Ada Calhoun wanted to know the answers to these questions, so she went ahead for all of us and did the research. After compiling a lot of knowledge about the world and women alike, Calhoun opens up the cultural and political contexts of Gen X’s predicament and offers solutions for how to pull oneself out of the abyss―and keep the next generation of women from falling in. We are all different—but our problems all seem to have a commonality, and we can help ourselves and others from suffering from the mid-life crisis. 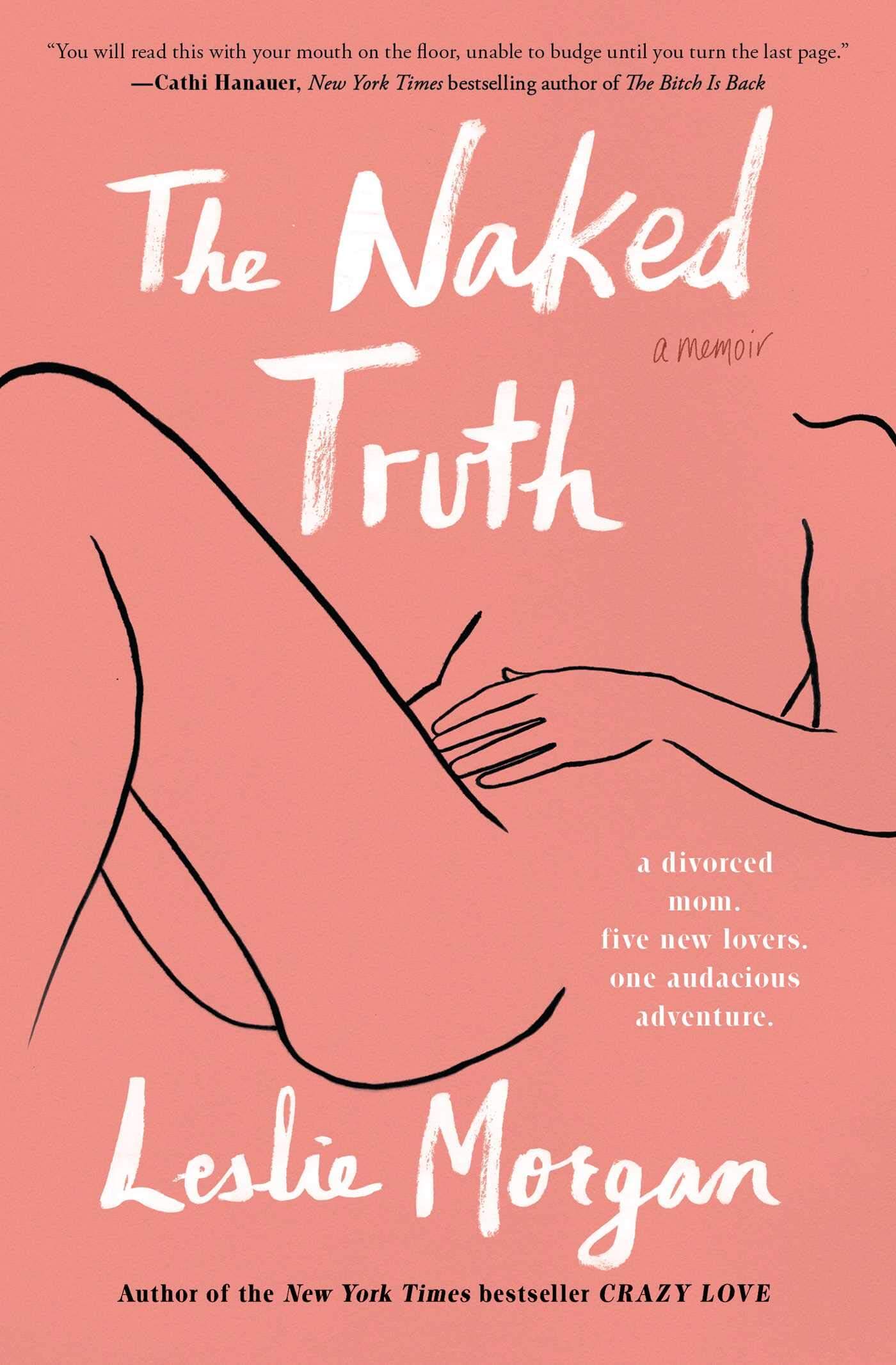 The Naked Truth by Leslie Morgan 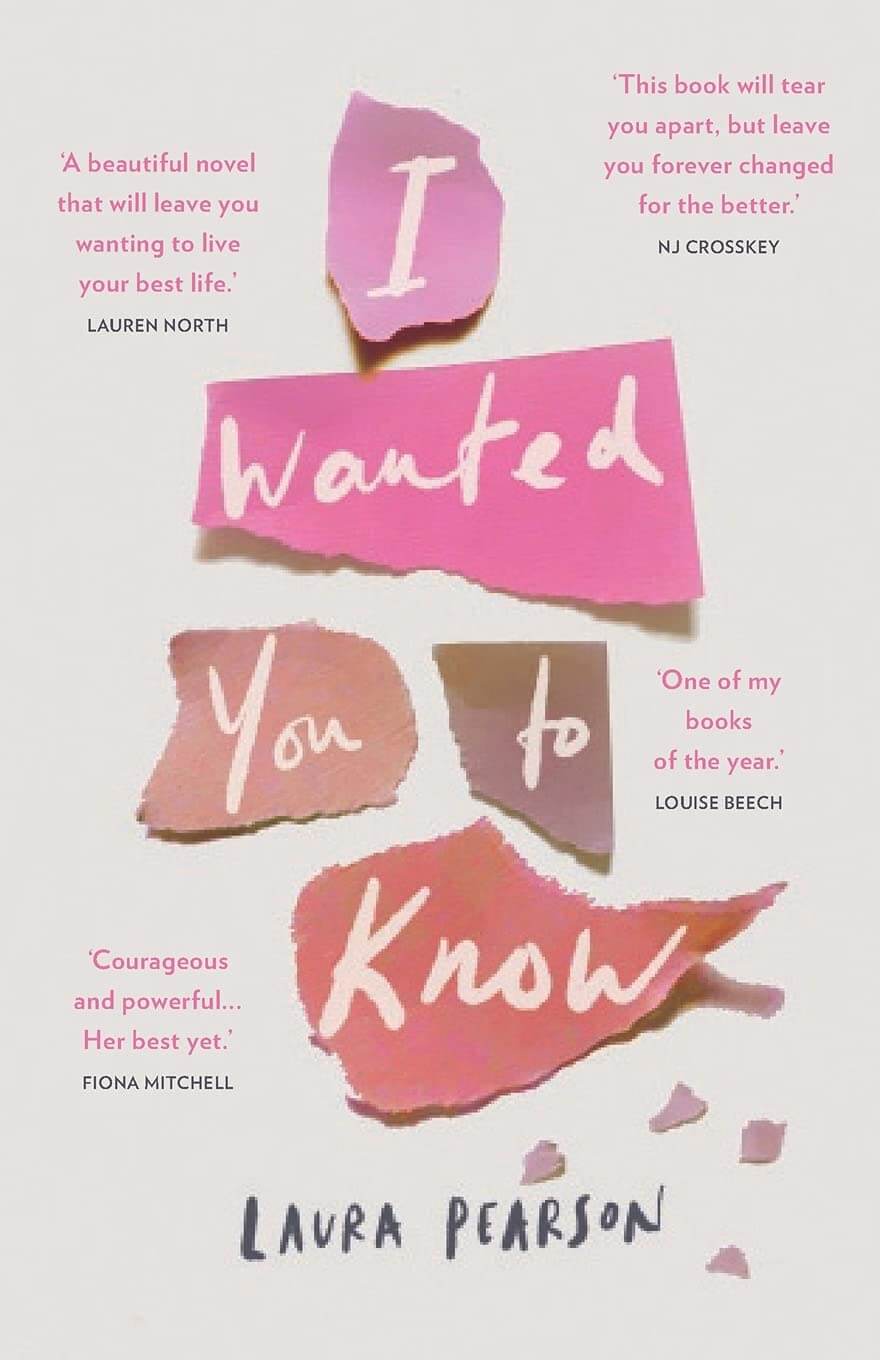 I Wanted You to Know by Laura Pearson

This book is a little different in a heart-warming and heart-wrenching way. Jess never imagined she’d be navigating single motherhood, let alone while facing breast cancer. So, she decides that she is going to tell her daughter everything. In the horrid thoughts of having her daughter growing up without her, Jess wants to tell her daughter how to love, how to lose, how to forgive, and, most importantly, how to live when you never know how long you have. A love letter written to all of us, this book will make you tear up and see the beauty that life is. 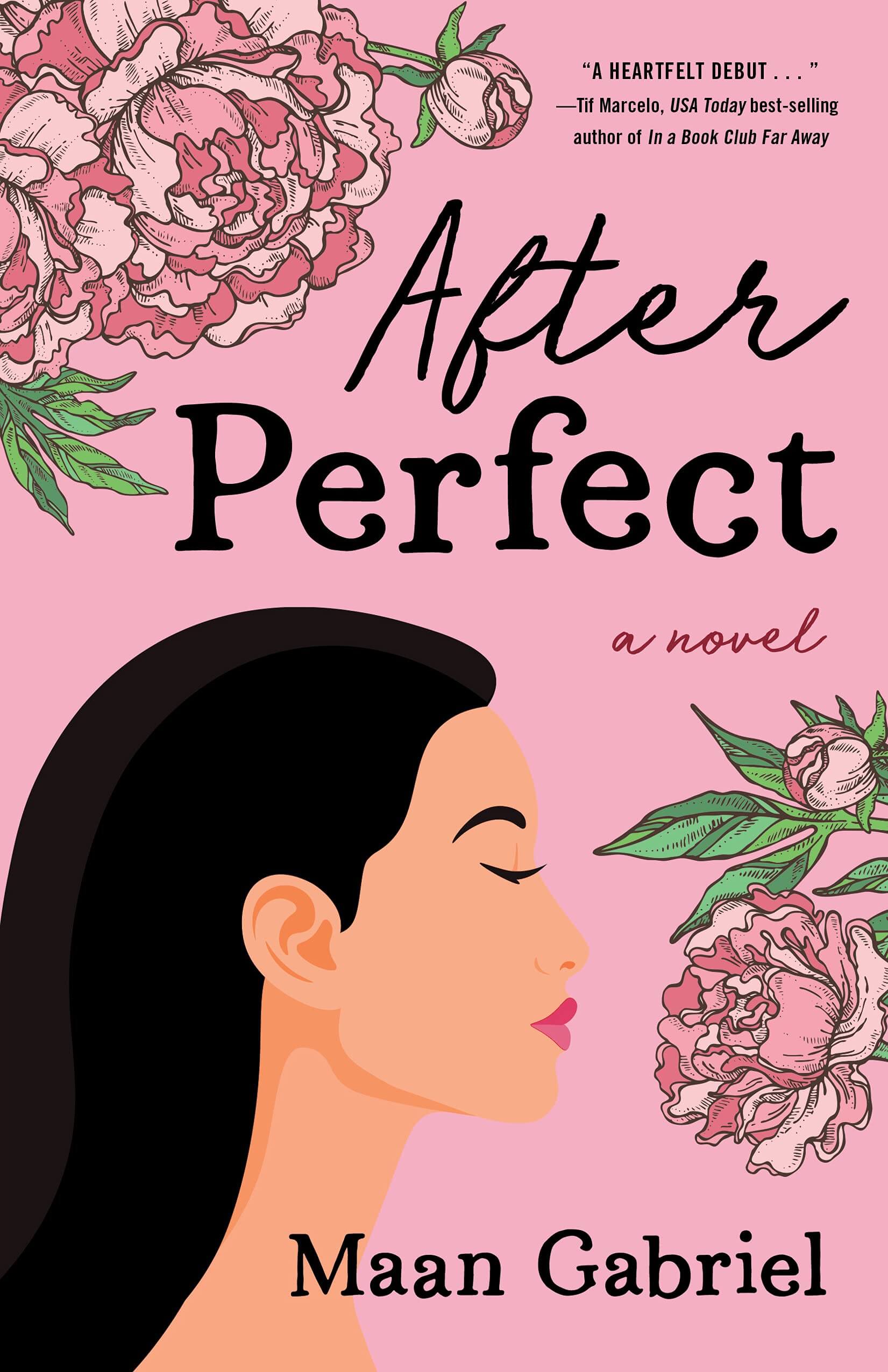 Gabriella Stevens is content living as a devoted, 36-year-old housewife—just as her traditional Filipino mother has always told her to do—when, after sixteen years of marriage and twenty years together, he tells her he wants a divorce. Gabby finds herself single for the first time since she was a teenager and decides to go back to school, get her first real job, and face unfamiliar reality with determination. But when she unexpectedly falls in love with her mysterious but utterly beautiful creative writing professor, Colt, she learns he is battling demons of his own: a tragic past that may have made him incapable of love. Is Gabby destined for another heartbreak—or will her connection with Colt be what unbreaks her? 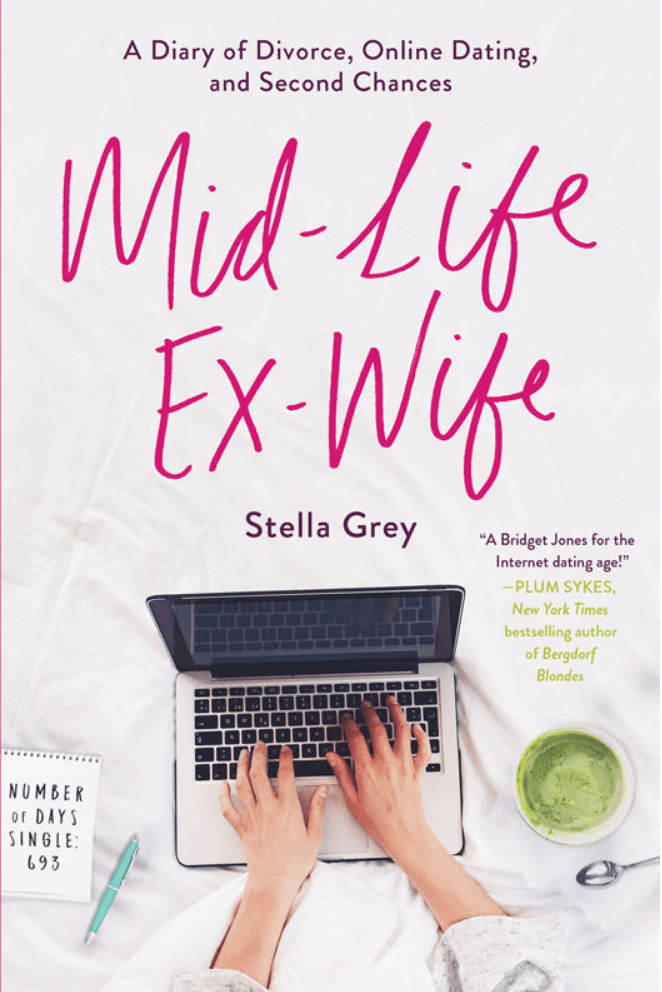 Apparently, daytime vodka-drinking and binging on ice cream is only a short-term consolation. When Stella Grey’s husband leaves her for another woman, she decides she needs more than alcohol and food to get her back out into the world. So, she dives deep into the online dating world. What follow are 693 days of hilarious, depressing, and baffling encounters that unfold both in-person and online. After many … awkward encounters, Stella starts to wonder if she needs to change the kind of man she’s looking for, or change the kind of woman she is. An honestly brutal tale of online dating with some laughs and life lessons at its core. 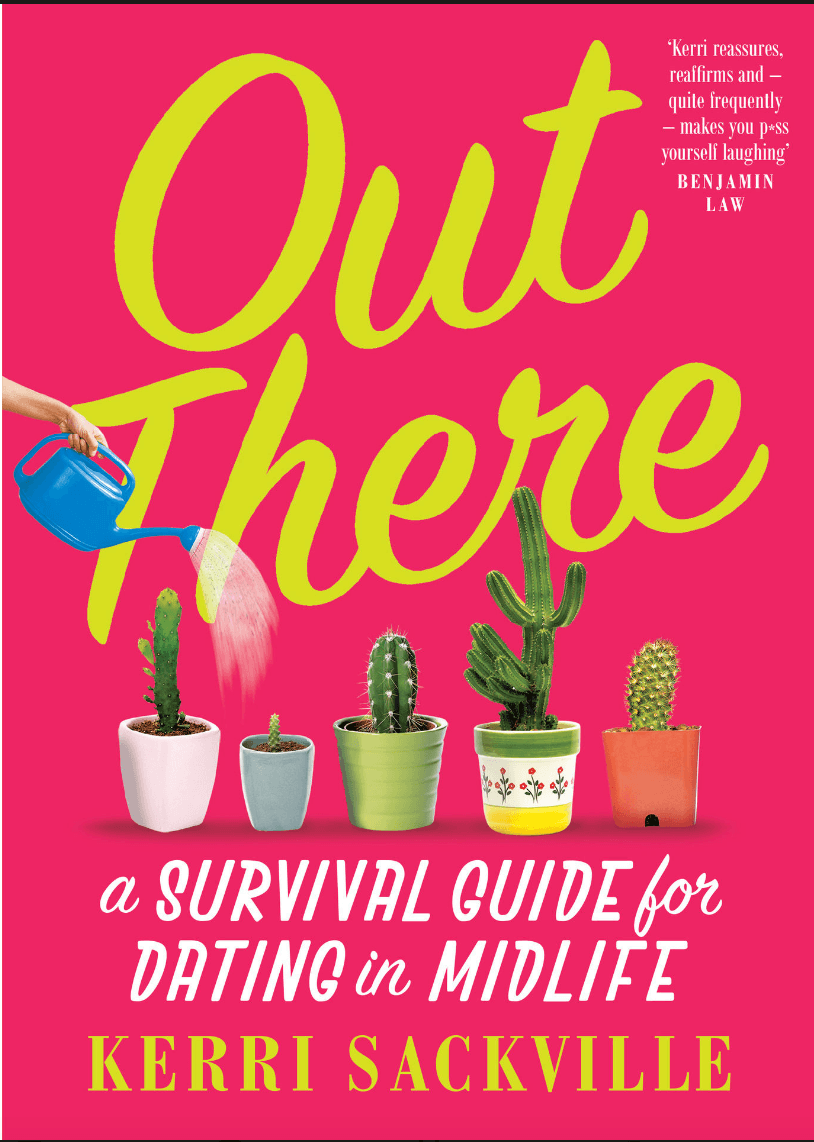 Out There: A Survival Guide for Dating in Midlife by Kerri Sackville

When Keri Sackville began dating again after a long marriage, she made every mistake known to womankind. Useless talking, long dates with the wrong men, many hot messes and a little bit of a commitment phobia. Out of those dates though, she met some sensational men and had some wonderfully memorable dates. Now, she’s here to give you a survival guide on what to expect, what and who to avoid, and how to protect yourself in the process.