If there is anything YA and middle-grade books have taught us, it’s that there are so many powerful female characters. While powerful and badass oftentimes make us think solely about physically strong, sword-wielding girls (which they definitely are included as well), we can’t forget girls who are brave in the face of adversity, honest with being themselves and are clever and smart to save themselves and those they love most. These female characters are an inspiration for today’s girls and truly prove that the present is female. 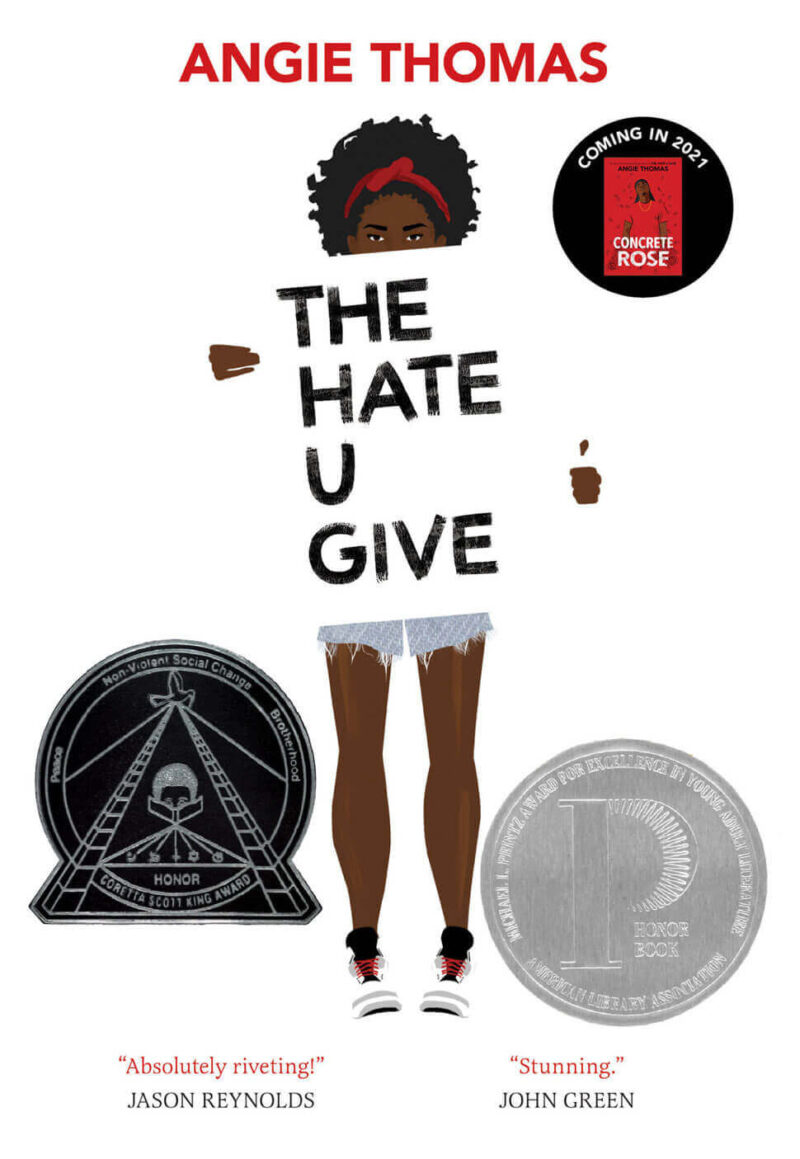 Starr Carter is caught between the poor neighborhood she lives in and the fancy prep school she attends. But when she witnesses the fatal shooting of her unarmed best friend to a police officer, the balance between those two worlds shatter. As his death becomes a national headline and he is labeled as a thug, protesters take to the streets. But even as Starr is threatened by police and a local drug lord, everyone wants to know what really happened that night. It is up to Starr to decide what she does and does not say and how it will impact their community. 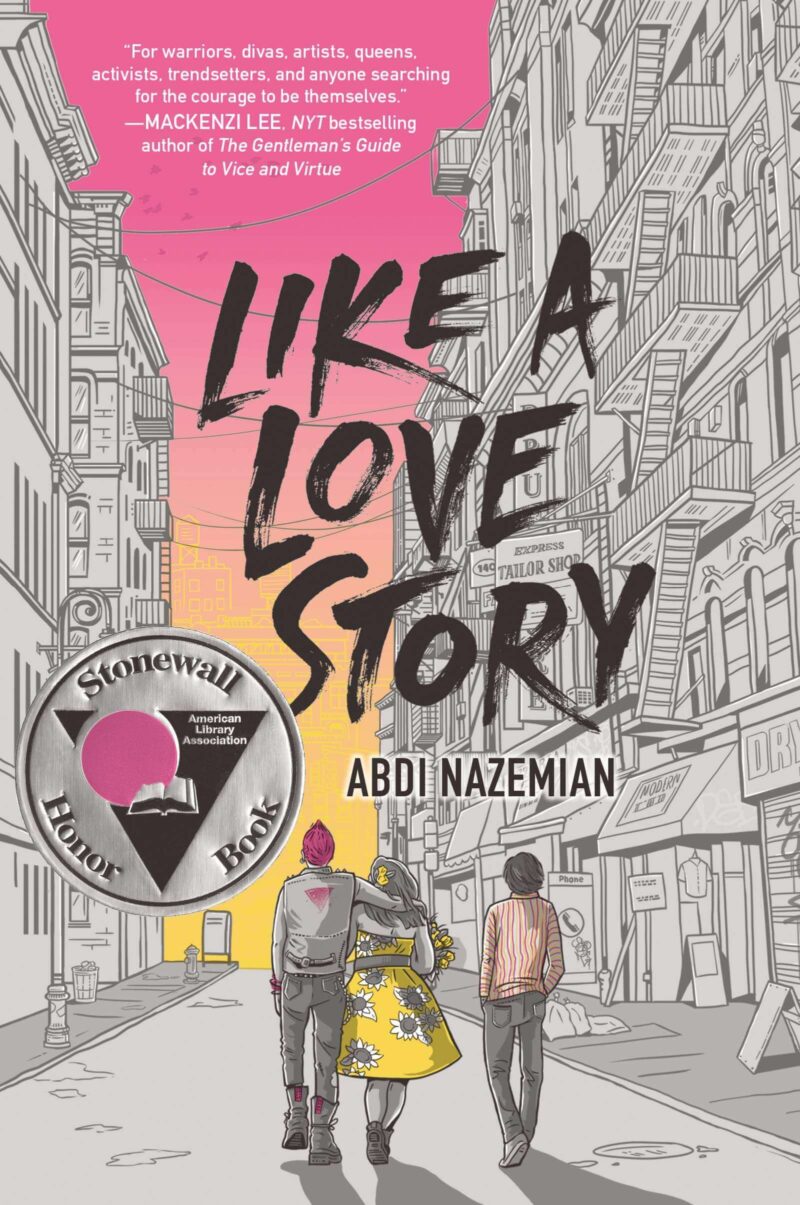 In 1989, the world is changing. Reza, an Iranian boy who recently moved into the city, knows he’s gay but all he knows about gay men is what he sees in the media’s image of those dying of AIDS. Judy dreams of being a fashion designer and she adores her uncle, a gay man with AIDS who devotes his time to ACT UP. Art is Judy’s best friend, their school’s only out-and-proud teen who documents the AIDS crisis through photography. When Judy falls for Reza and they start dating, Reza becomes closer to Art and he has to decide how to follow his heart without losing the best friendship he’s ever had with Judy. 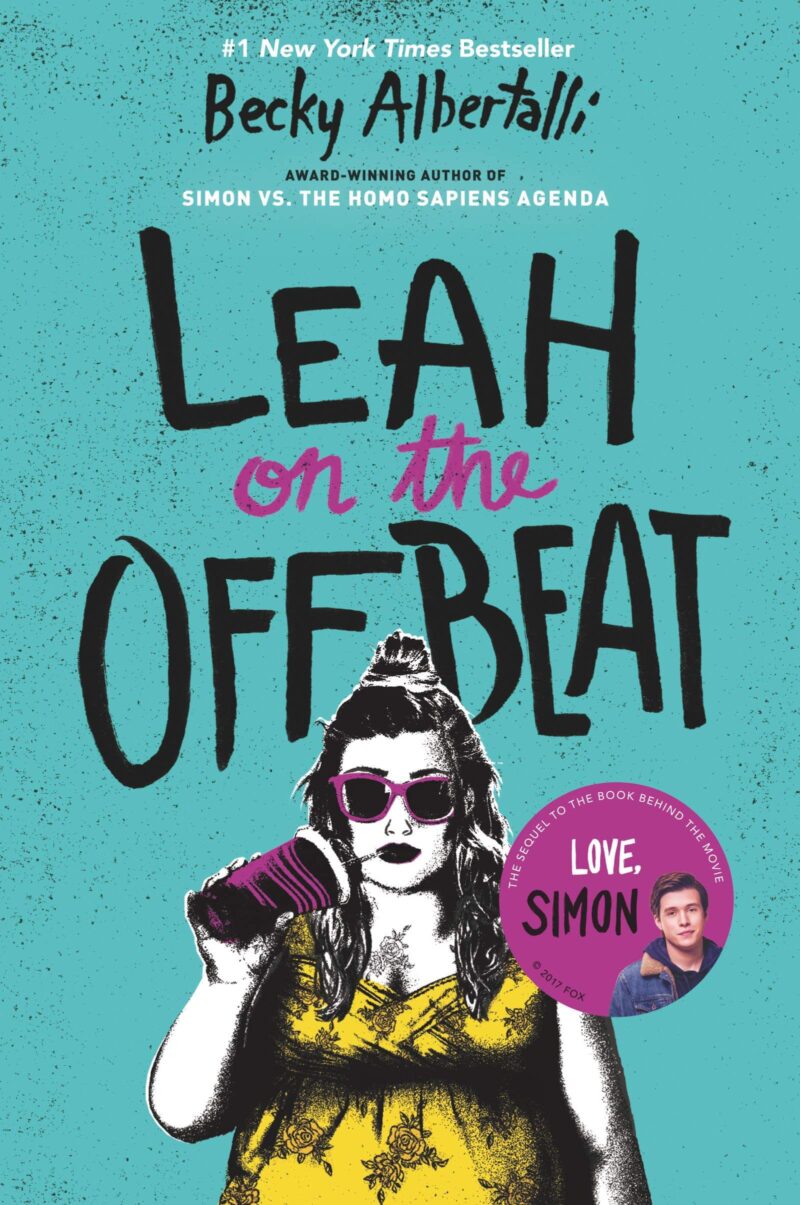 Leah on the Offbeat by Becky Albertalli

Leah’s senior year is becoming more and more stressful: besides the tension of prom and college on the horizon, she hasn’t told her friends – not even her openly gay BFF Simon – that she is bisexual. As her friend group starts to fracture, she’s not sure how to handle it – especially when she might be more in love with one of them than she ever realized. 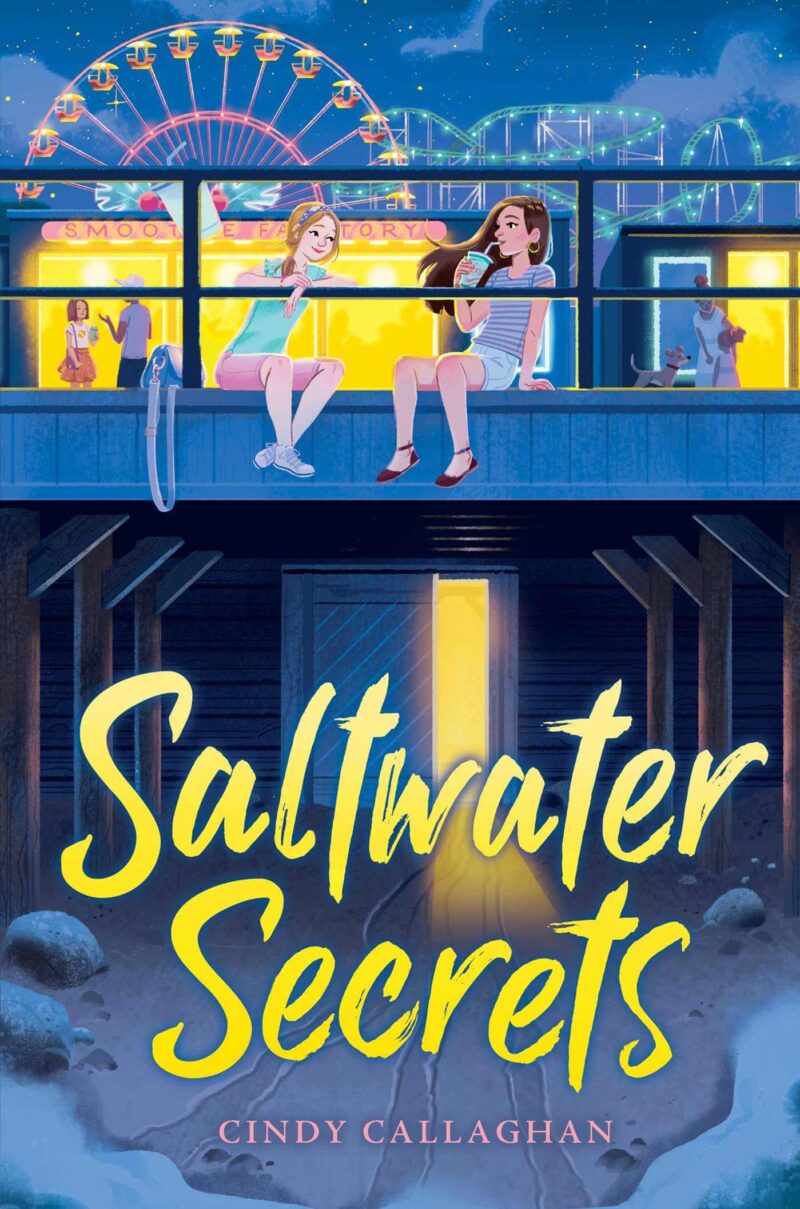 Stella and her half-sister Josie count down to seeing each other every year. Spending their summers at their favorite beach with their dad, the girls have a secret spot under the boardwalk where they keep their sister scrapbook. But this summer is different as Josie has become a popular girl since last summer and a new business at the beach is putting the marine life and their secret spot in danger. It’ll be up to the girls to save their beloved boardwalk and the traditions they have created there. This heartwarming novel tells the tale of two brave girls on a mission to save the place they love most. 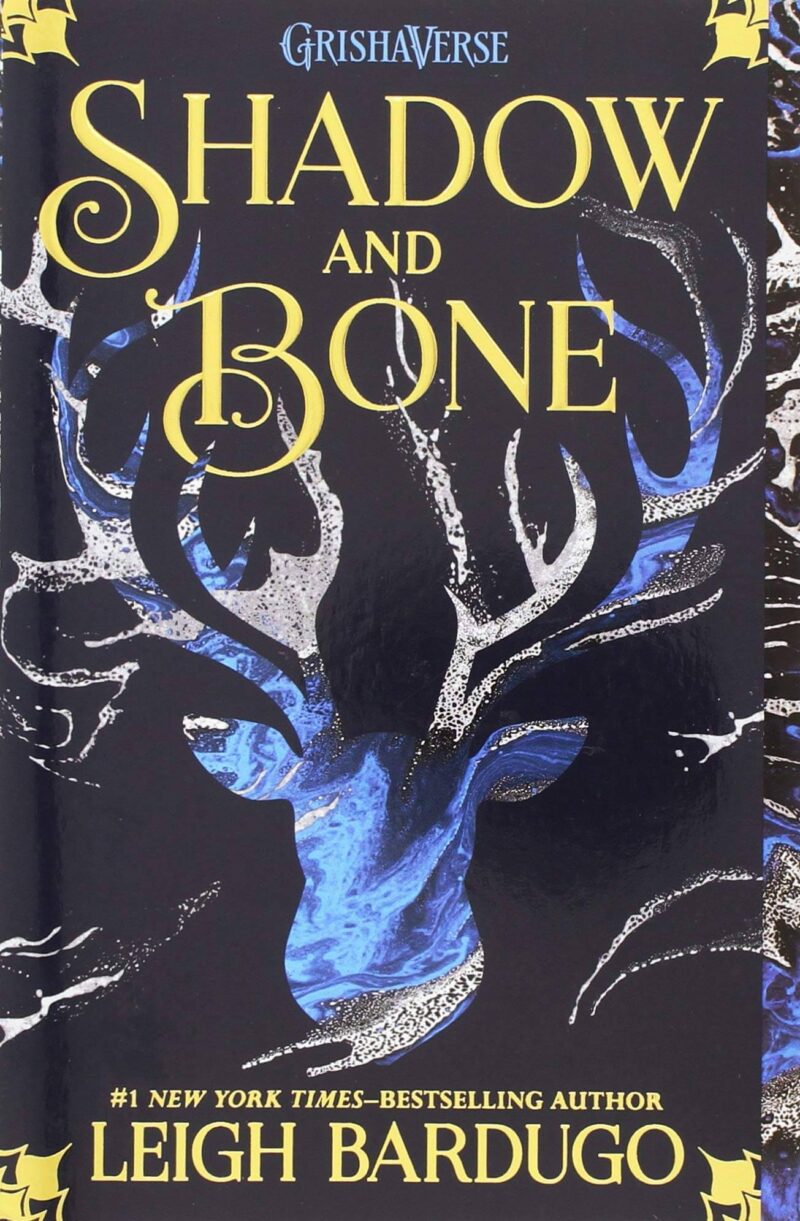 Shadow and Bone by Leigh Bardugo

Alina Starkov is an orphan and an expendable soldier who knows she might not survive her first trip across the Shadow Fold – a place of unnatural darkness where monsters reign. But when her regiment is attacked and she releases a magic she never knew she possessed, she soon gets swept into a lavish world of royalty to train with the Grisha, the magical military elite where she falls under the spell of their leader, the Darkling. He believes she is the answer to destroying the Shadow Fold and reuniting their country if she can control her magic. 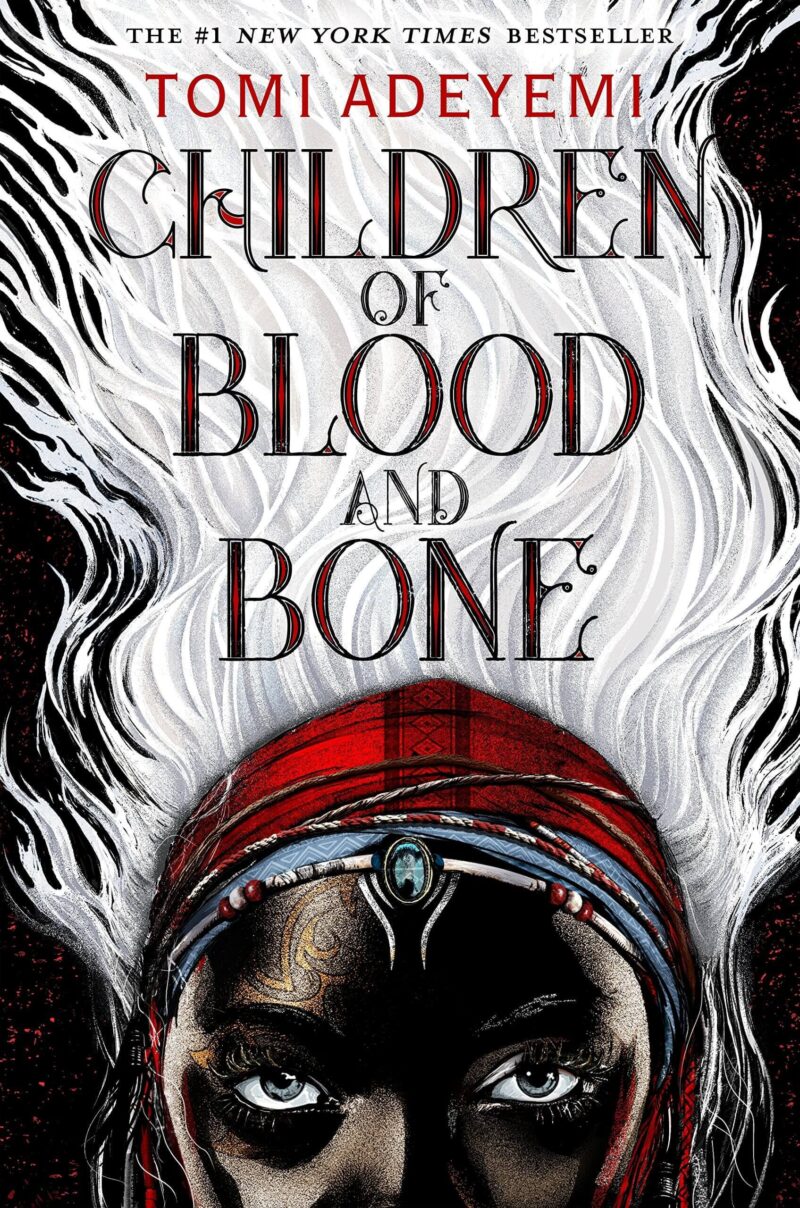 Once Orïsha hummed with magic, but that was before the ruthless king killed the maji, those who controlled magic, including Zélie’s mother. Now Zélie has the opportunity to rebel against the king and bring back magic to the land. But the greatest danger might be herself as she struggles to control her powers and her growing feelings for an enemy. 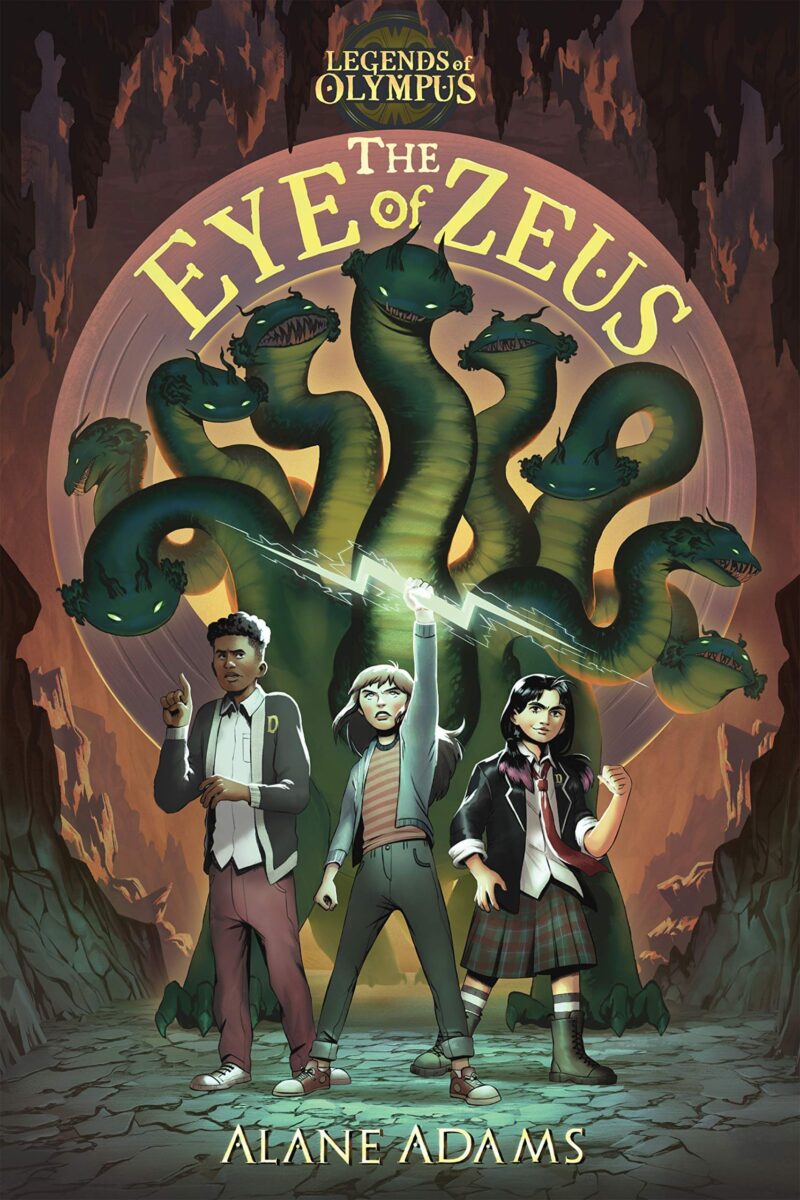 The Eye of Zeus by Alane Adams

Twelve-year-old Phoebe Katz is a foster kid from New York and while she doesn’t understand why, odd things happen to her everywhere she goes – it’s not until a statue of Athena comes to life and tells her she is the daughter of Zeus that she begins to put together why strange things happen to her. Although Athena warns her to stay under the radar and not cause trouble, Phoebe has no choice but to take action when she learns her favorite social worker has been kidnapped by the vengeful god Ares. Traveling back to ancient Greece, it’ll be up to Phoebe and her two friends to make things right and save the world once and for all. 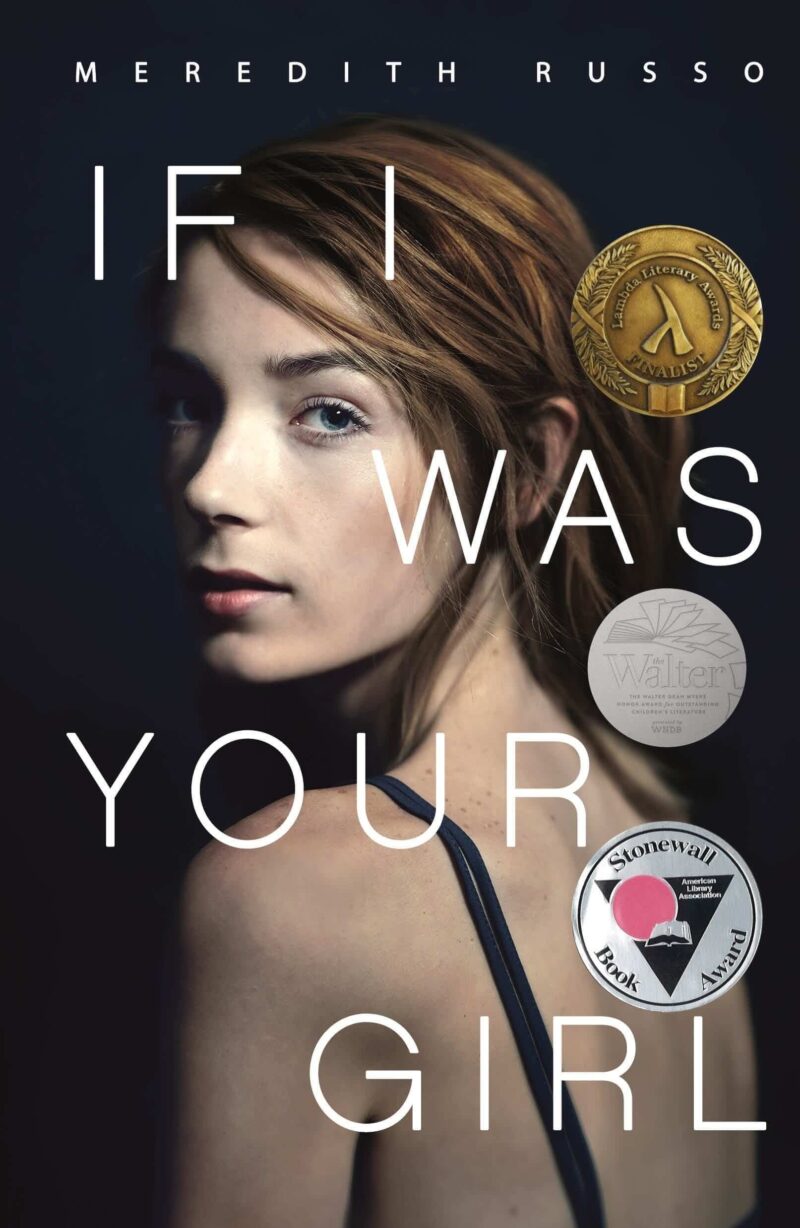 If I Was Your Girl by Meredith Russo

Amanda Hardy is the new girl in school and wants to make friends and fit in. But she’s keeping a secret and is determined to not get too close to anyone. When she meets Grant, she wants to share everything with him, even her past. She’s terrified that once she tells him that she used to be known as Andrew, he won’t be able to look past it. Could this cost her new love and acceptance? 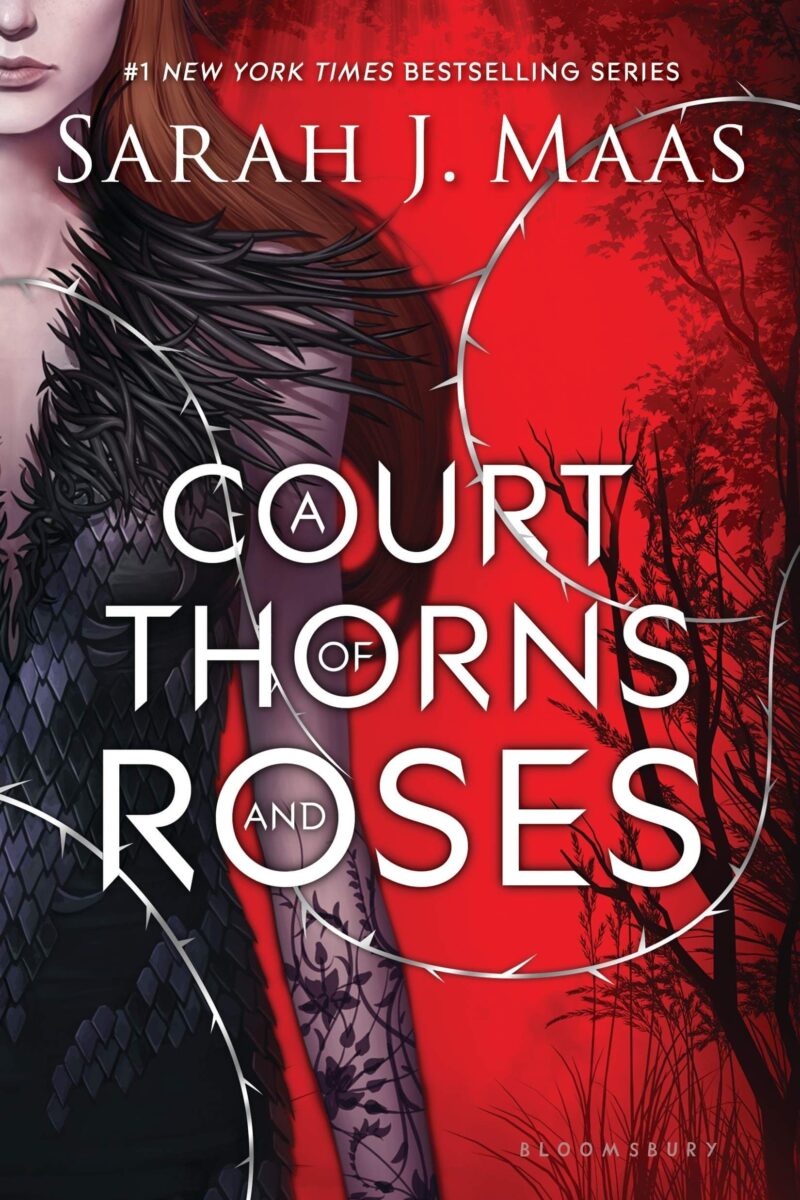 When Feyre kills a wolf in the forest, a beast-like creature demands retribution for it. She is swept to a land only known in stories and learns that her captor is not an animal but Tamlin, one of the most powerful faeries. But as her icy feelings start growing passionate for him, a threat is looming ever closer and she must find a way to stop it. 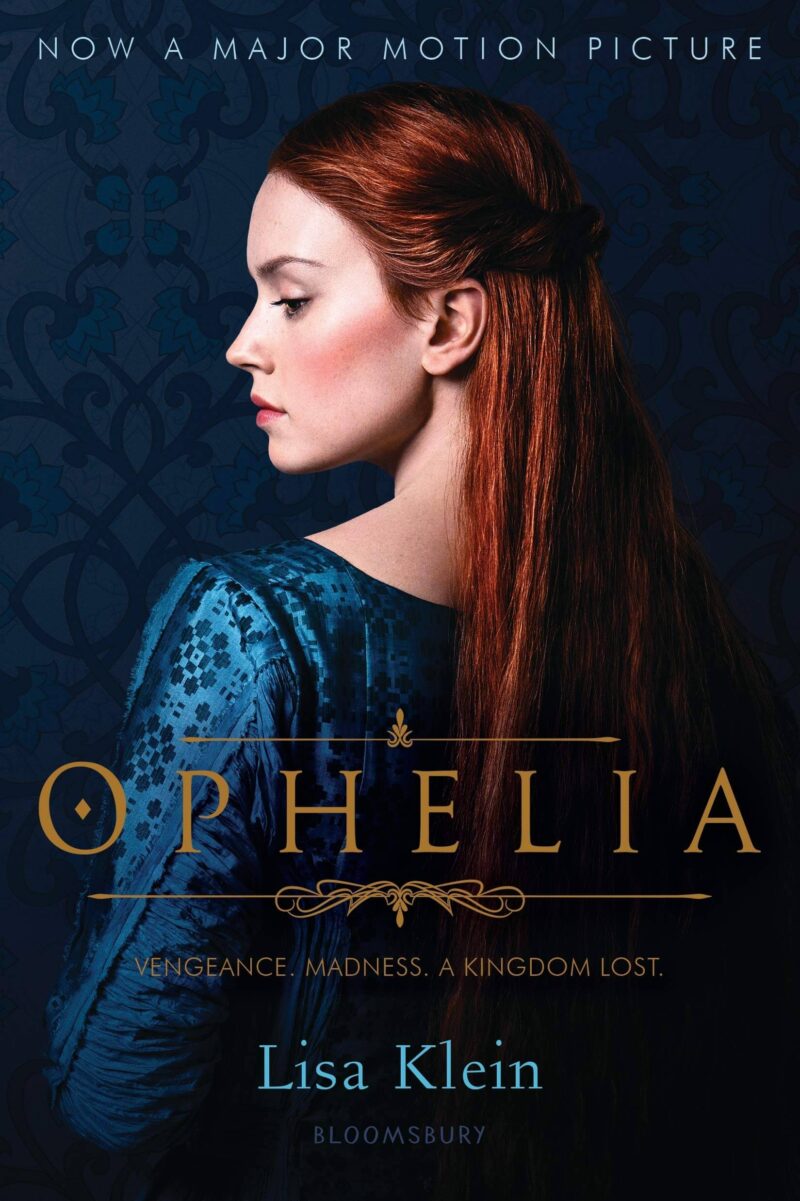 This book explores the story of Hamlet but from Ophelia’s perspective. Ophelia is a rowdy, motherless girl who grows up at Elsinore Castle to become a lady-in-waiting to the queen. Ambitious and witty, Ophelia is quick to learn the ways of the court where nothing is as it seems and falls in love with Prince Hamlet. But madness falls over Denmark and Ophelia must choose her love for Hamlet or her own life. She devises a plan to leave Elsinore forever and to take a dangerous secret with her. 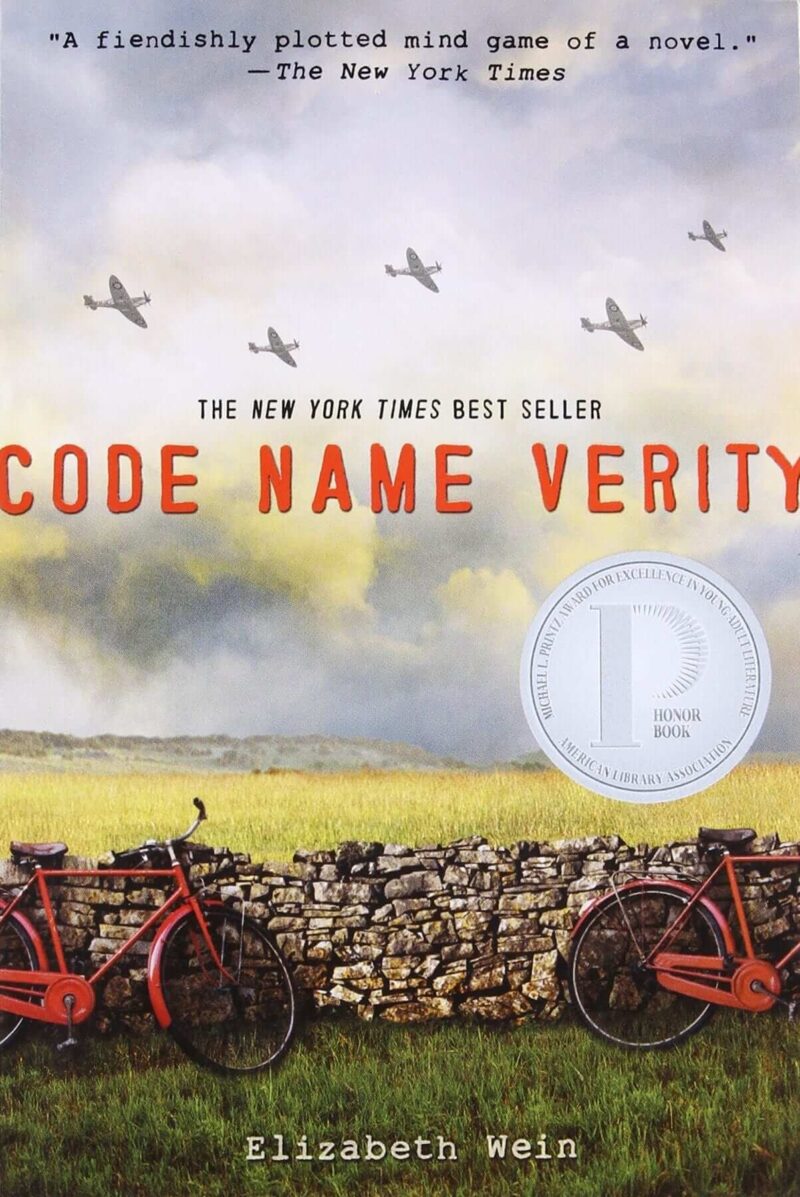 In 1943, a British spy plane crashes in Nazi-occupied France and only one girl has a chance for survival. When “Verity” is captured she faces a simple but hard choice: reveal her mission or face execution. Verity unravels her past as she intricately weaves in her confession. But will it be enough to save her from the Nazis? 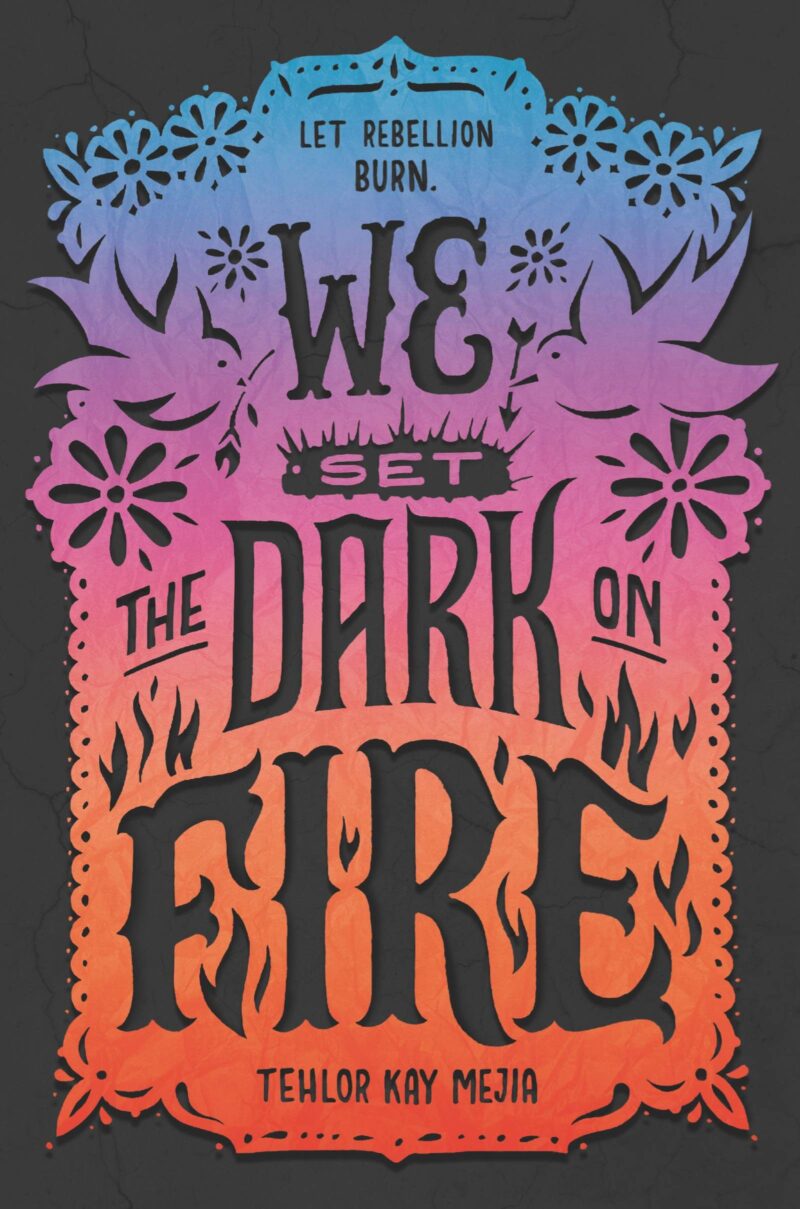 We Set the Dark on Fire by Tehlor Kay Mejia

Daniela Vargas is the top student at the Medio School for Girls where girls are trained to either run their husband’s household or raise his children. But her pedigree is a lie she must keep secret or be sent back to the lowest social classes. However, the school can’t prepare her for after graduation as she is asked to be a spy for those who want equality in Medio. But is she willing to give up everything to pursue a free Medio and a chance at forbidden love? 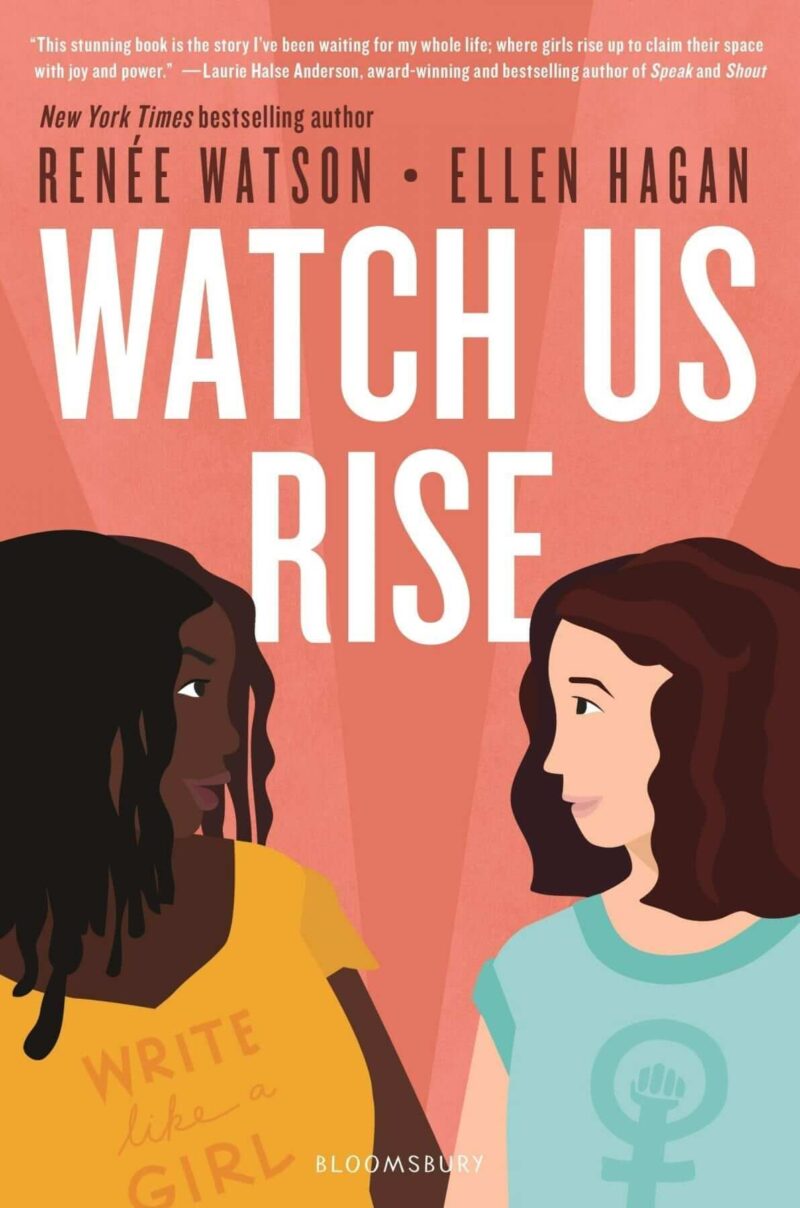 Watch Us Rise by Renée Watson and Ellen Hagan

While best friends Jasmine and Chelsea attend a progressive NYC high school, they are sick of the way women are treated there and beyond. When they decide to create a Women’s Rights Club where they post poems, essays, videos of Chelsea performing her poetry, and Jasmine’s response to the racial microaggressions she faces, the club soon goes viral. But where there is positive support, there are also trolls, and when things escalate, their principal decides to shut down the club. But the girls won’t be silenced and will do anything to be heard. 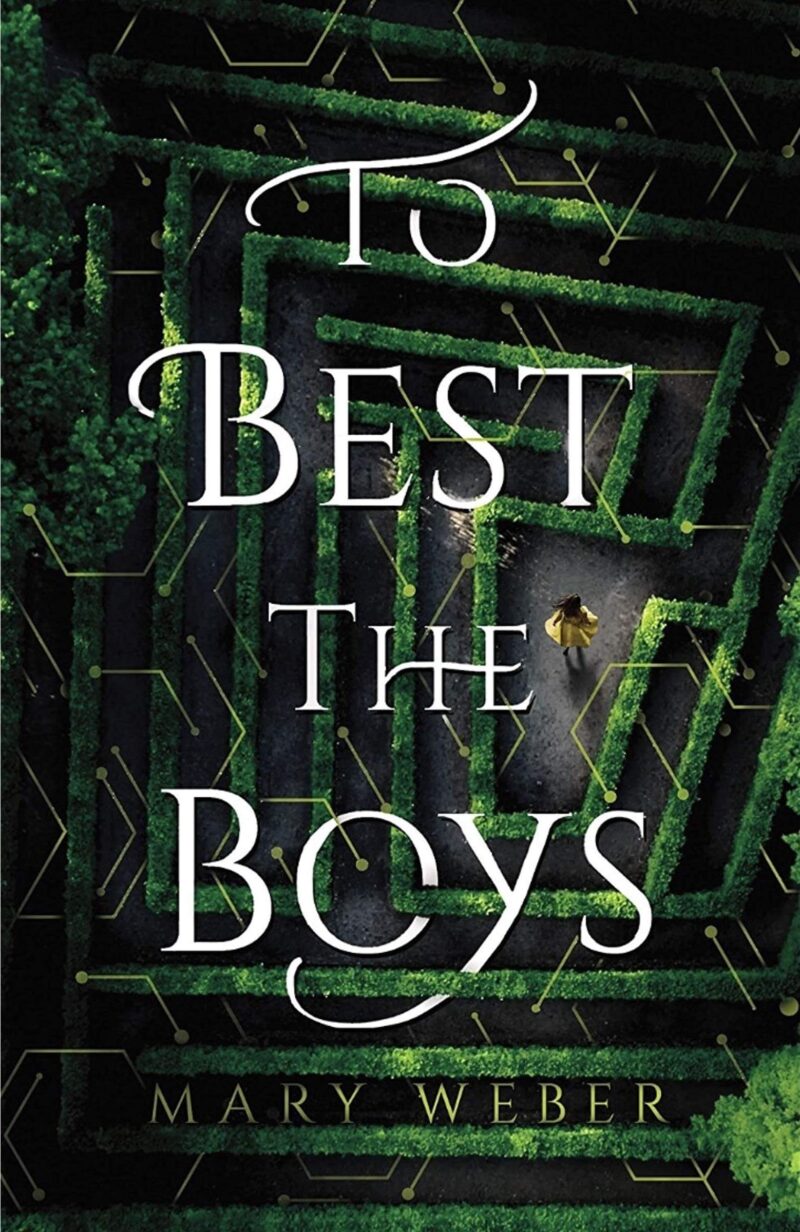 To Best the Boys by Mary Weber

For the last 54 years, the residents of Pinsbury Port have received the mysterious letter inviting all eligible-aged boys to compete for a scholarship to the all-male Stemwick University. In a province where women are trained in wifely duties, Rhen Tellur wants nothing more than to become a scientist. When her town falls to a deadly disease and her mother succumbs as well, Rhen decides to take matters into her own hands and go for the all-male scholarship. Rhen and her cousin Seleni disguise themselves and enter Mr. Holm’s labyrinth to claim the scholarship prize. 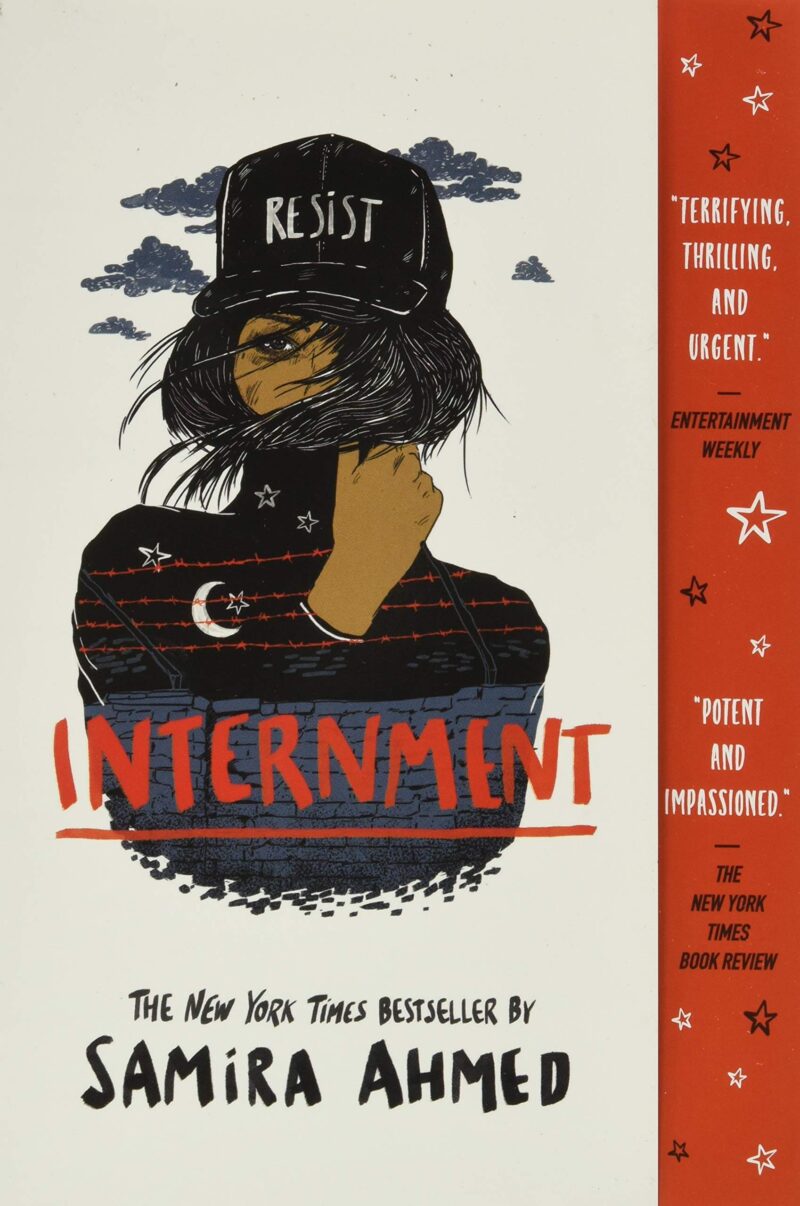 In the near future of the United States, Muslim Americans are sent to internment camps. When Layla Amin and her parents are sent to one, Layla meets new friends while her boyfriend remains on the outside. With their help and the help and unexpected alliance, Layla leads a revolution against the camp’s director and his guards.