Books to Read if You Loved Netflix’s Firefly Lane

Books to Read if You Loved Netflix’s Firefly Lane

Kristin Hannah’s Firefly Lane is the ultimate book about friendship, and it gives us all the feels. That’s why it’s no surprise that Netflix has picked it up and we just can’t wait for the series to start on February 3rd! If you loved it as much as we did, we have got some great recommendations for you. We selected stories about friends, lovers, and everything in between. Enjoy the books – and be sure to share them with your bestie when you’re done! 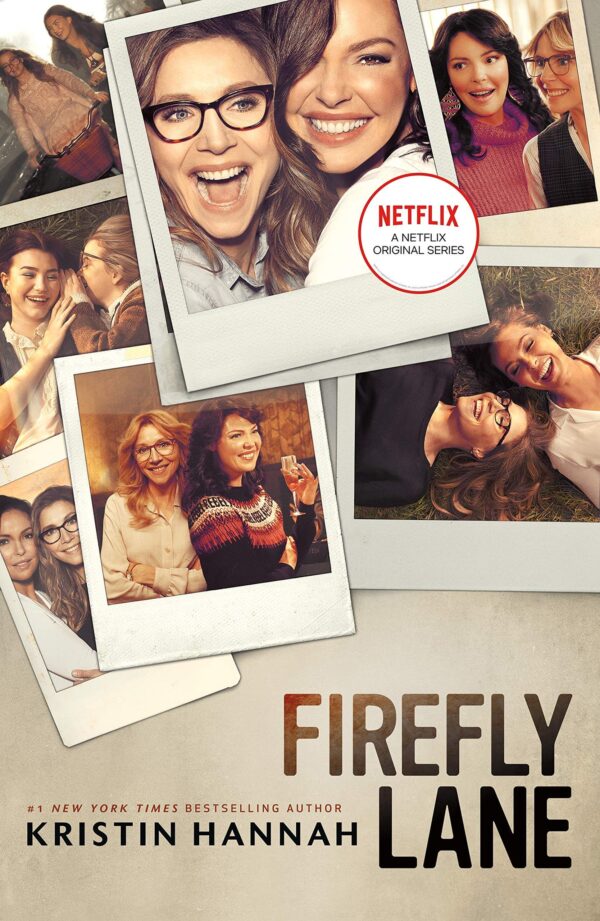 Tully and Kate come from two different worlds, yet in the summer of 1974, they are brought together as neighbors. Even though they are nothing alike, they instantly form an inseparable bond and decide that from here on out they will be BFF. As the years progress, so does their friendship; with three decades under their belts, nothing can tear them apart…until it does. This novel takes a touching look at the true meaning of friendship, while at the same time illustrating how every choice has a consequence. 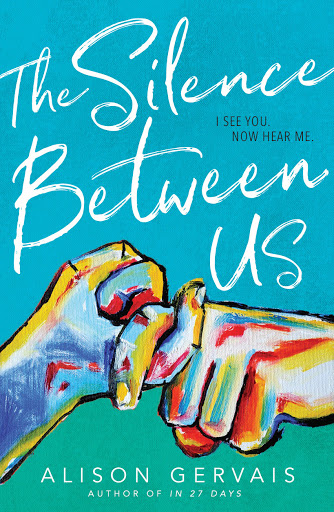 The Silence Between Us by Alison Gervais

Moving across the country and switching schools is hard enough on a teenage girl, but when you’re deaf and transferring to your first hearing school, the transition is especially tough. Although Maya faces frustration as she starts to navigate this new culture, she is also met with some pleasant surprises. When some classmates show an interest in learning American Sign Language, including the cute boy Beau Watson, Maya starts to feel a little more at home. This beautiful story captures the bravery of a girl who is determined to show the Deaf and hearing alike that she belongs in both worlds. 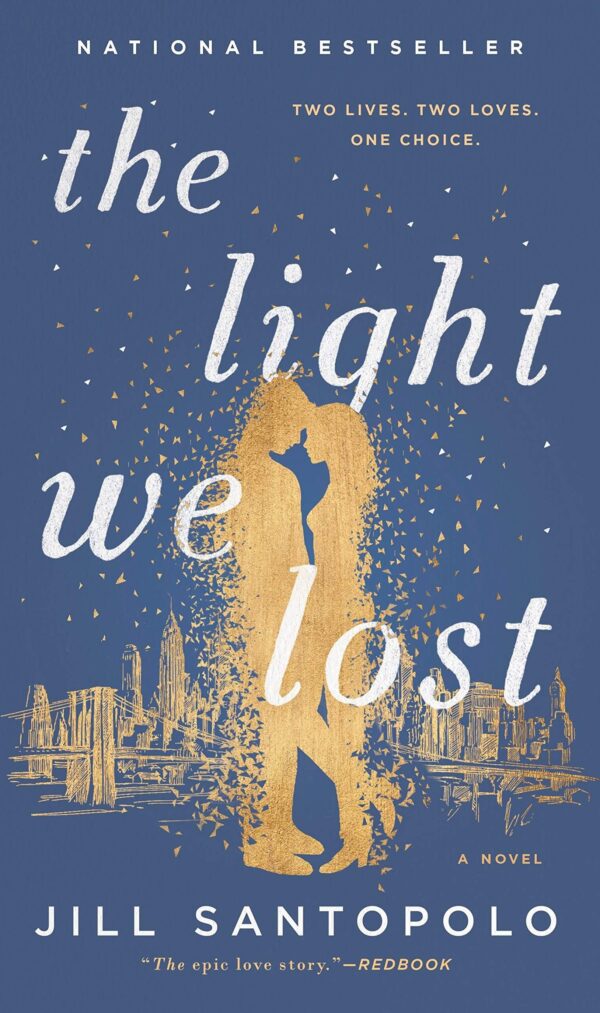 The Light We Lost by Jill Santopolo

When Gabe and Lucy are randomly reunited one year after meeting during senior year at Columbia University, they know it must be fate. They make a pact that they both want to do something big with their lives. Not long after, Lucy leaves to start her career in New York, while Gabe heads to the Middle East to pursue photojournalism. Over the course of thirteen years, they are in and out of each other’s lives…but never really out. This heart-wrenching novel will leave you shook with its surprise ending. 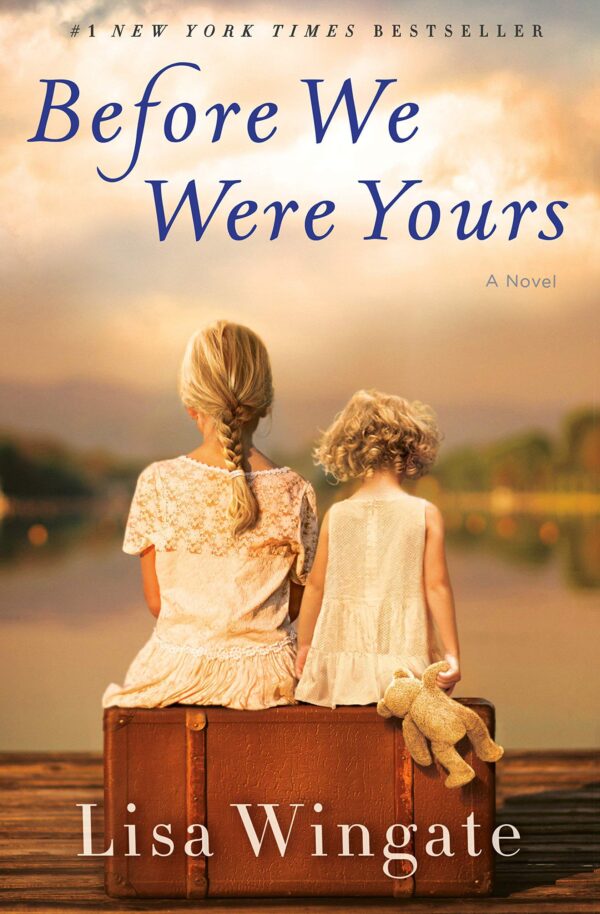 Before We Were Yours by Lisa Wingate

This powerful novel takes a polarizing look at privilege and poverty, while demonstrating that even the rich can be poor when it comes to matters of the heart. The year was 1939 and in the town of Memphis, twelve-year-old Rill and her four siblings were taken by strangers and sent to an orphanage with no explanation. Years later, when wealthy Avery Stafford rolls into town, she starts to get the feeling that her family might have made their millions by operating a scandalous kidnapping ring. Based on a true story, this novel will undoubtedly shake you to the core. 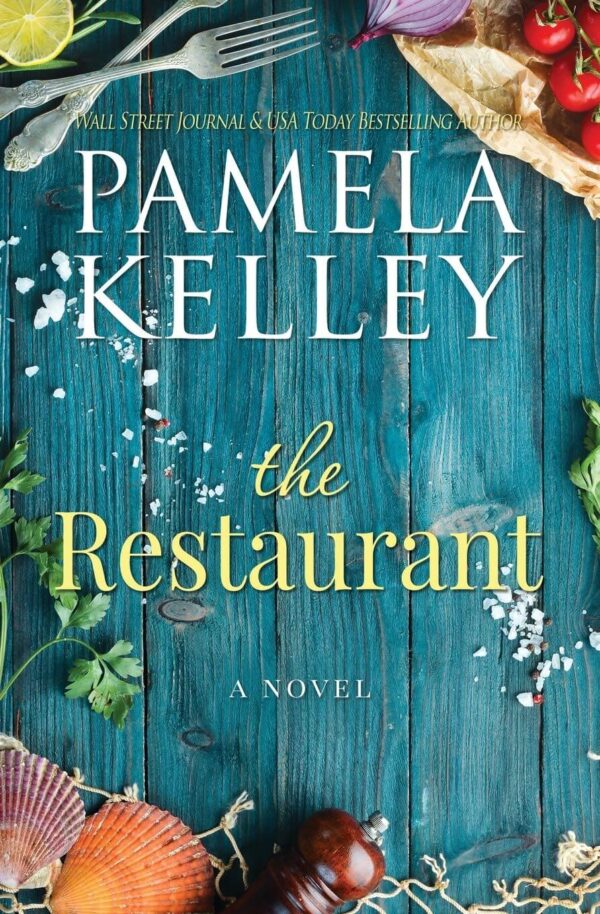 The Restaurant by Pamela M. Kelley

Even though Emma, Mandy, and Jill are sisters, their lives have drifted into three totally different directions. So, when their grandma passes and leaves them one of Nantucket’s most crowd-pleasing restaurants, they are blown away. The only catch is they can’t sell it for an entire year, meaning that they must find a way to work together or else the restaurant goes to Paul, the head chef…who also happens to be Emma’s ex. Even though these intertwining relationships complicate things, there is something special about sisterhood that can help them find their way through anything. 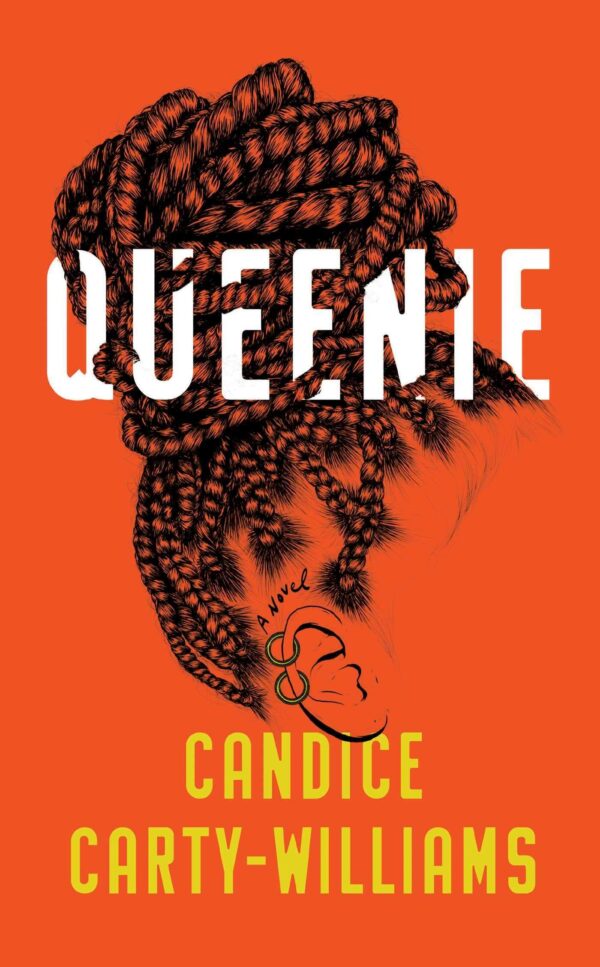 After a bad break-up, twenty-five-year-old Queenie Jenkins is ready to throw herself back out on the market. Unfortunately, picking quantity over quality has left Queenie with more questions than answers. As a Black woman in a primarily white world, she wonders where she really fits in with work, dating, and the social scene. It’s time for some serious soul searching—and we are all about it. This is an all too familiar tale for the single lady just trying to find her place in this complex world. Relatable and real, you’ll be rooting for Queenie all the way up to the last page. 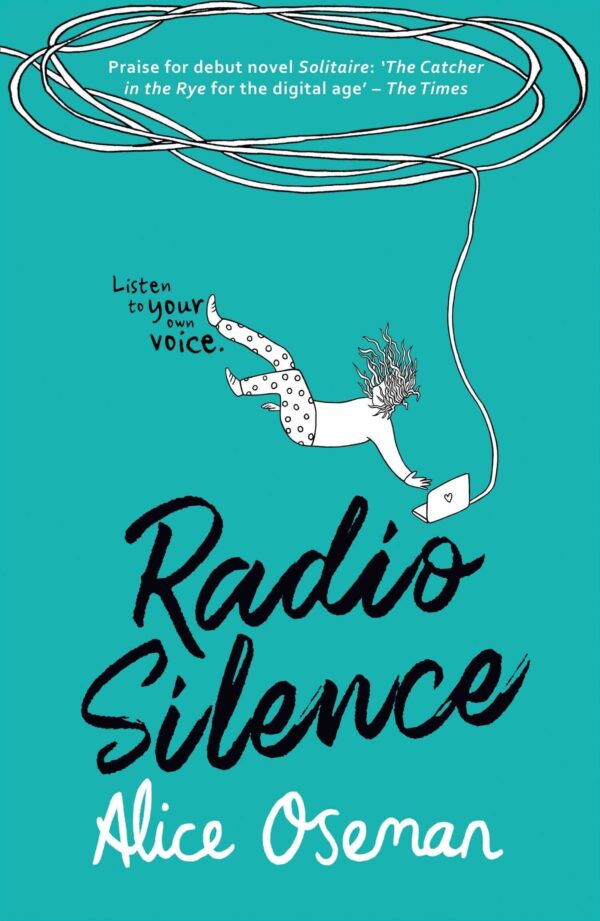 Although this is a story of boy meets girl, it is not a love story. Frances and Aled seem like they would be the perfect match since they both spend most of their time studying and getting good grades. Choosing friendship over dating, they decide to make a podcast to show the world that there’s much more to them what their classmates see at school. However, it’s hard to be vulnerable and break free from the norm. Will they finally be seen for who they really are, or will they only be remembered for being good students? 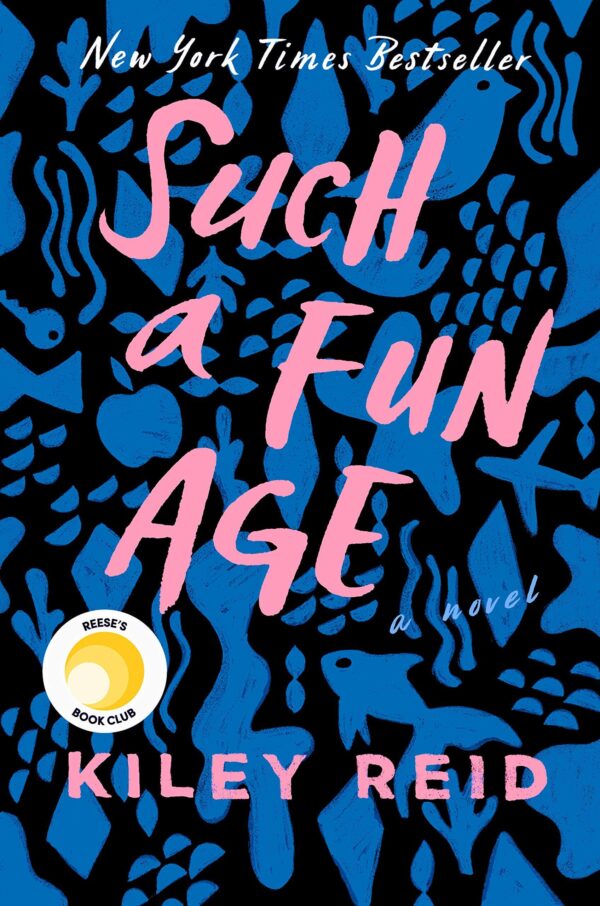 Such a Fun Age by Kiley Reid

When twenty-five-year-old babysitter Emira takes Alix Chamberlain’s two-year-old to the high-end grocery store one night, she doesn’t even think twice about it. Clearly not everyone thinks same, because the store’s security guard assumes that Emira must have kidnapped the child since she is Black, and the toddler is white. Emira is mortified and Alix vows to make things right. With power, racism, and resentment involved, this story of interwoven relationships will steer the reader on a path of looking at life through someone else’s eyes. 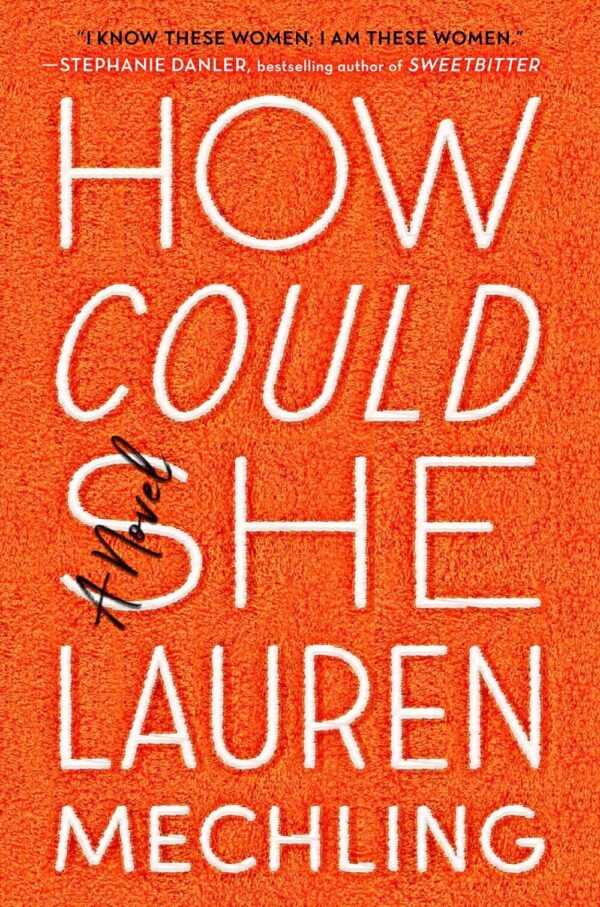 How Could She by Lauren Mechling

Sometimes three’s a crowd when it comes to friendship. After a failed relationship, Geraldine decides to start over and trade in Toronto for New York with her best friends Sunny and Rachel. From the outside in, it appears that those two are living it up, but it only takes Geraldine a New York minute to notice that things aren’t always what they seem. She grows even more suspicious when Rachel and Sunny start making plans without her. This novel takes an honest look at the trials and tribulations of friendships, life in New York, and realizing that sometimes the only way to find yourself is by getting completely lost. 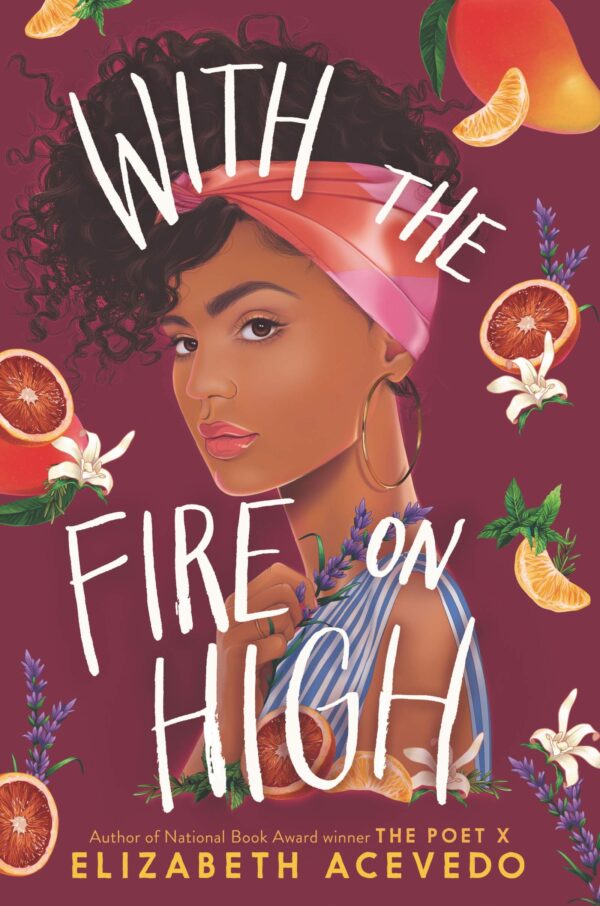 The days of Emoni Santiago’s life of being simple and carefree disappeared after she became pregnant during her freshman year. She had big dreams of becoming a chef, but those fantasies got put on the backburner to raise her daughter instead. However, cooking is still her passion, and whenever she makes a meal, there is pure magic in the air. Even though Emoni thinks she can’t have a career as a young mom, something always pulls her back to the kitchen. When she realizes that the only thing standing in her way is herself, she starts to break her own rules and create her unique path to success.