Wondering what to read next? In this month’s Books On Your Radar, BookSparks’ founder Crystal Patriarche raves about the books (shows and movies, too) that she loved this month. As an ultimate bookworm who reads across all genres, and devours all kinds of content across platforms, she definitely knows how to spot a great story. Here are the newest books (and shows) she says should definitely be on your radar. 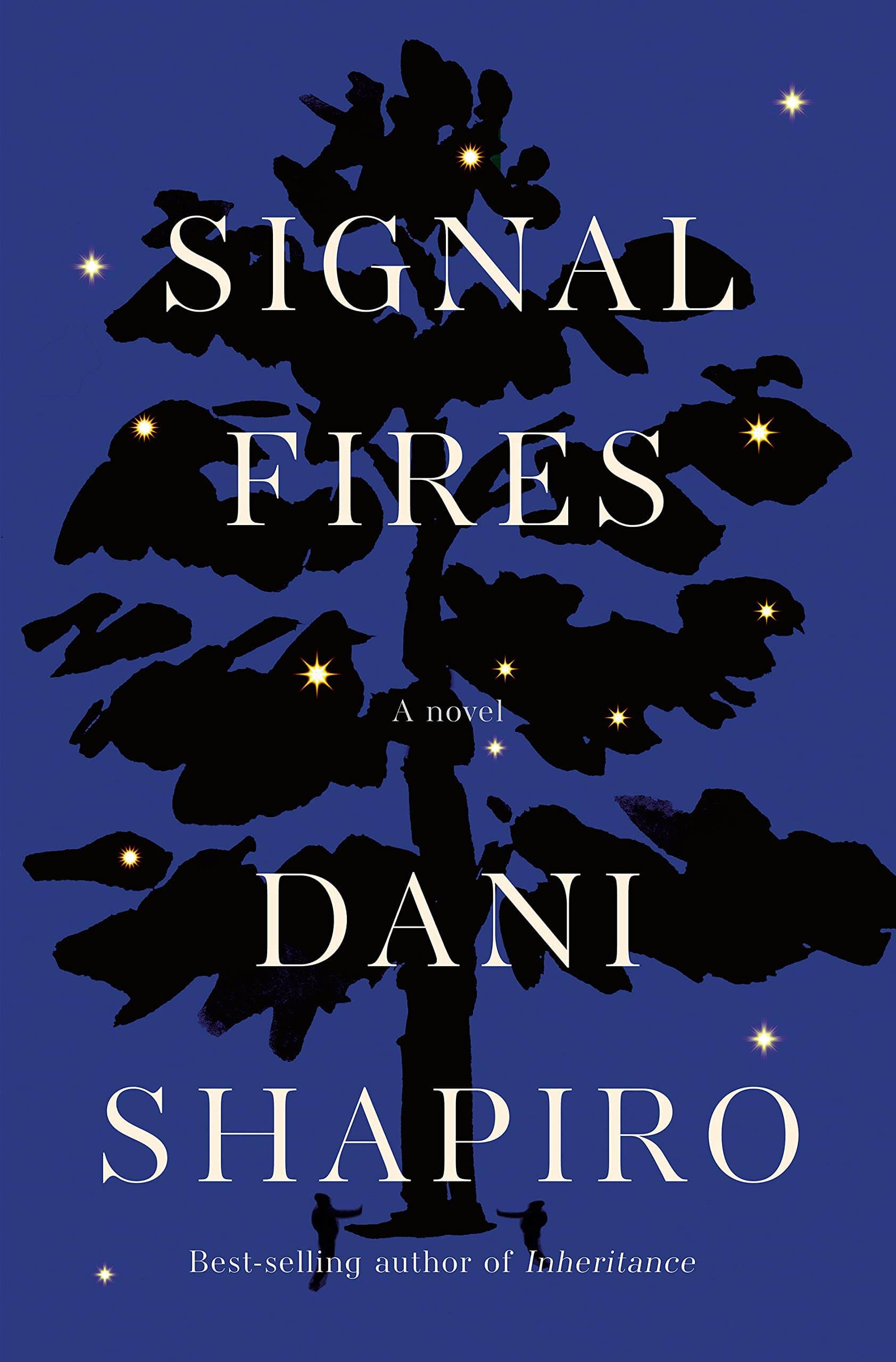 On a summer night in 1985, three teenagers are drinking and when one of them gets behind the wheel, everything changes. Ben Wilf, a young doctor, arrives on the scene and his life, along with the three teens, is shattered. But the Wilf family’s connection to the fatal accident is a secret so dangerous it can never be spoken of. Years later, the Shenkmans arrive, and their lonely son Waldo befriends the retired Dr. Wilf. And the secrets and events of the past come rushing back in a way no one could have expected. 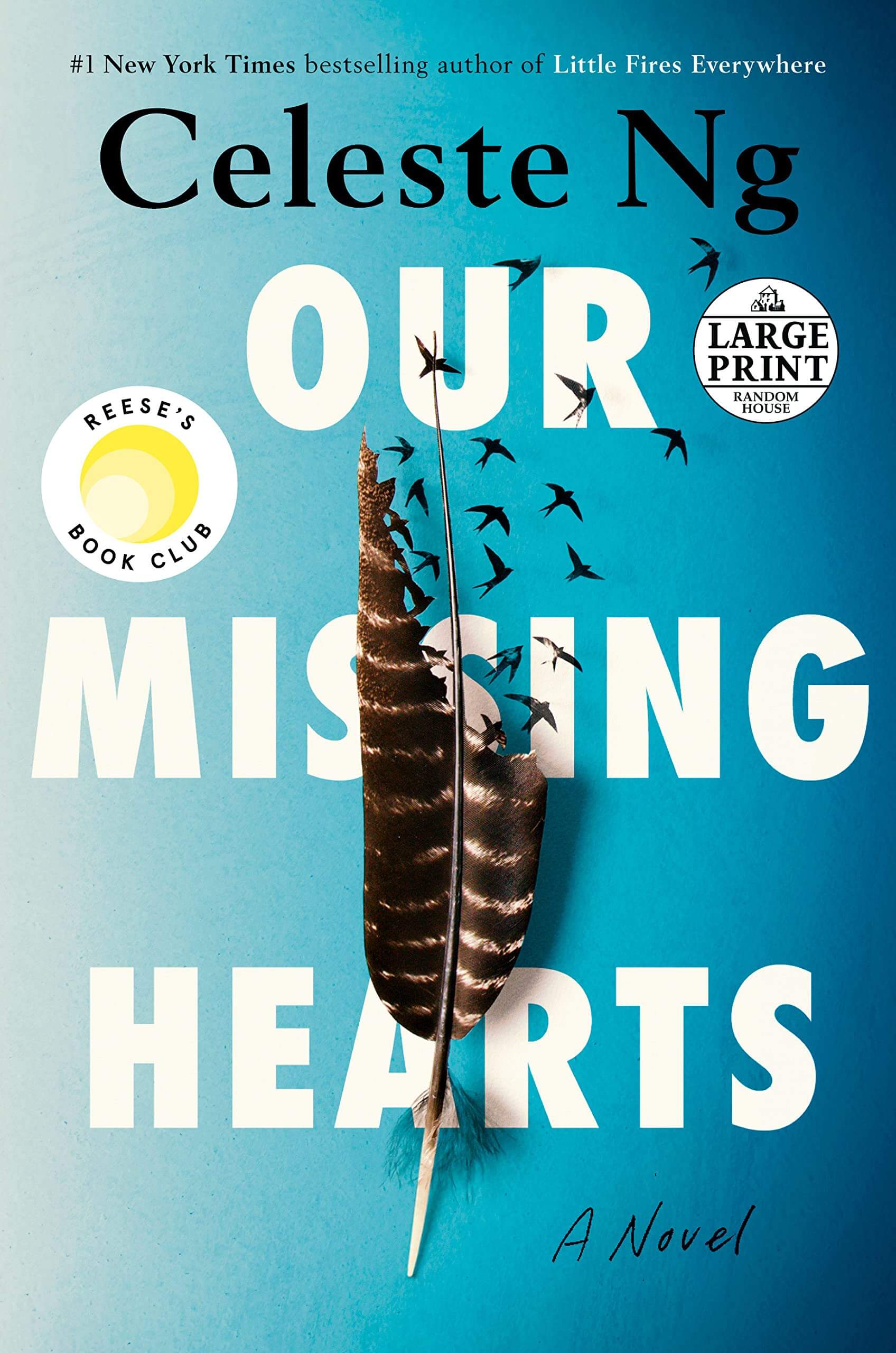 Twelve-year-old Bird Gardner lives with his father, and he knows that he shouldn’t stand out too much. The government enforces laws meant to preserve “American culture” and authorities are permitted to relocate children of dissidents, particularly those of Asian descent. When Bird was nine, his mother left them. A Chinese American woman, Margaret was a poet whose work is being removed from libraries alongside other books seen as unpatriotic. Bird knows nothing about Margaret’s work or where she went, but when he receives a cryptic drawing in the mail, he is drawn into a quest to find her. 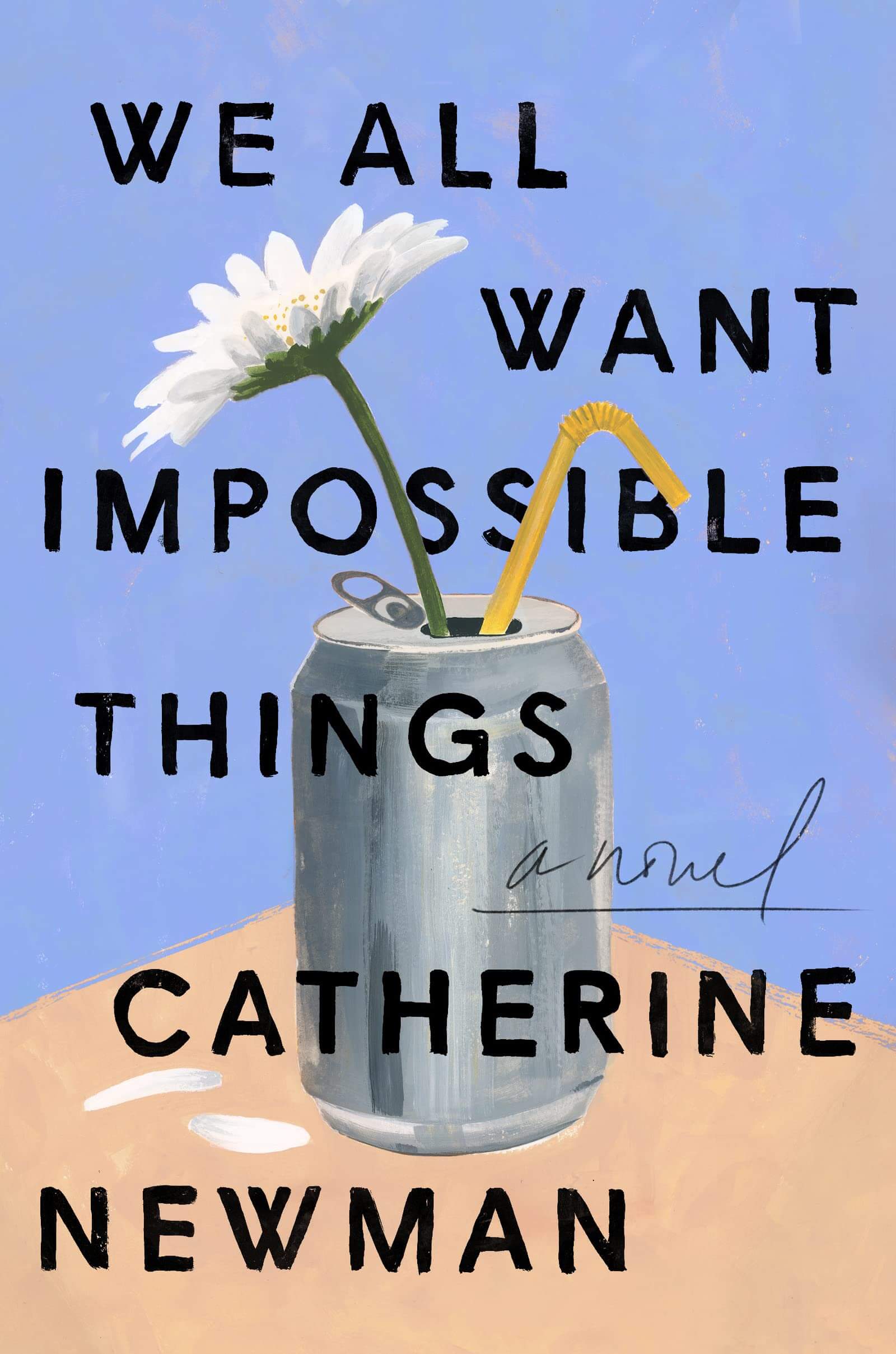 We All Want Impossible Things by Catherine Newman

For over forty-two years, Edith and Ashley have been the best of friends. Together, they’ve gone through the highs, the lows, and everything in between. But now, Edi has ovarian cancer and doesn’t have much time left as she is moved to hospice care. Meanwhile, Ash is navigating heartbreak in all areas of her life. Edi and Ash spend the days reminiscing and trying to come to terms with letting go. A joyful, heartbreaking, and comedic story, this novel is a beautiful depiction of fierce and loyal female friendship. 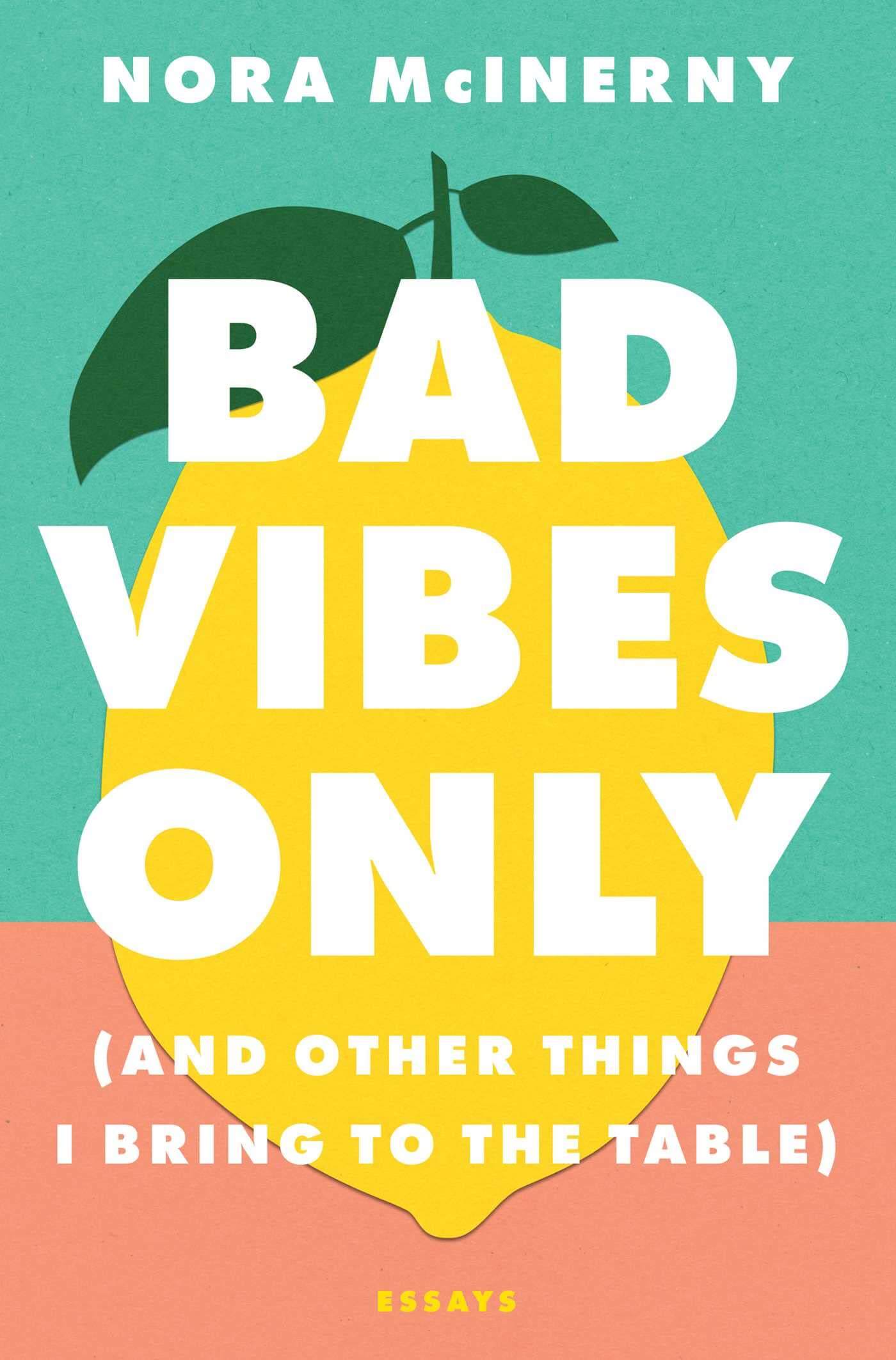 Bad Vibes Only by Nora McInerny

In this collection of vulnerable and humorous essays, Nora McInerny responds to the aggressively optimistic culture obsessed with self-improvement. She takes us from her childhood to present day, sharing personal life experiences and relationships that make her reflect on her life. Nora also discusses the complications of living online and being more connected and observed than ever before. 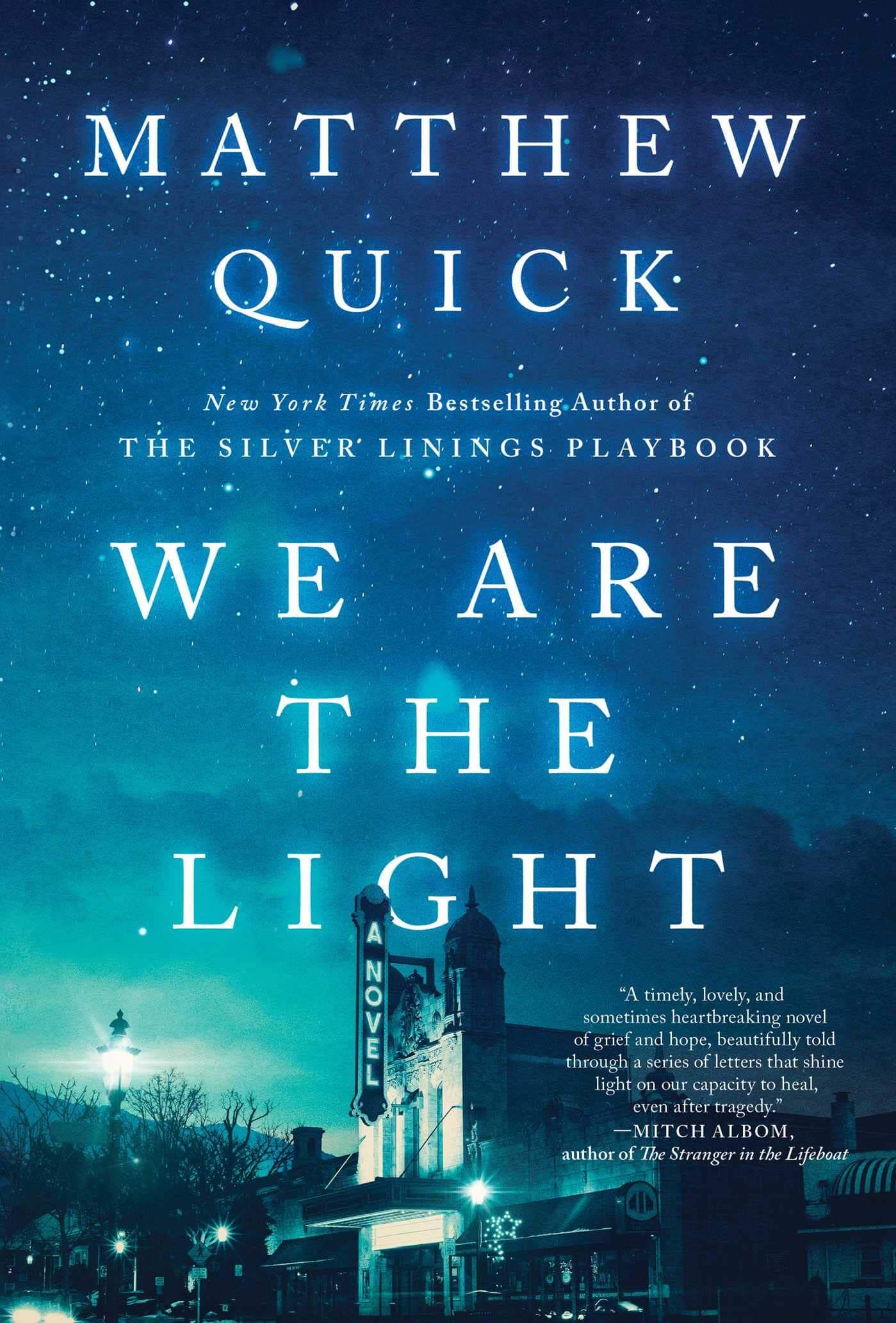 We Are the Light by Matthew Quick

Lucas Goodgame is a widower who lives in a quaint suburb that has been shaken by a recent tragedy. While the town views Lucas as a hero, he doesn’t feel that way. He believes his deceased wife appears to him each night as an angel, and he passes his time corresponding with his former Jungian analyst. Meanwhile, Eli is an eighteen year old boy who the town has turned their back on, and he’s now camping out in Lucas’s backyard. The two form an unexpected alliance and work to heal the town and themselves from the tragedy. 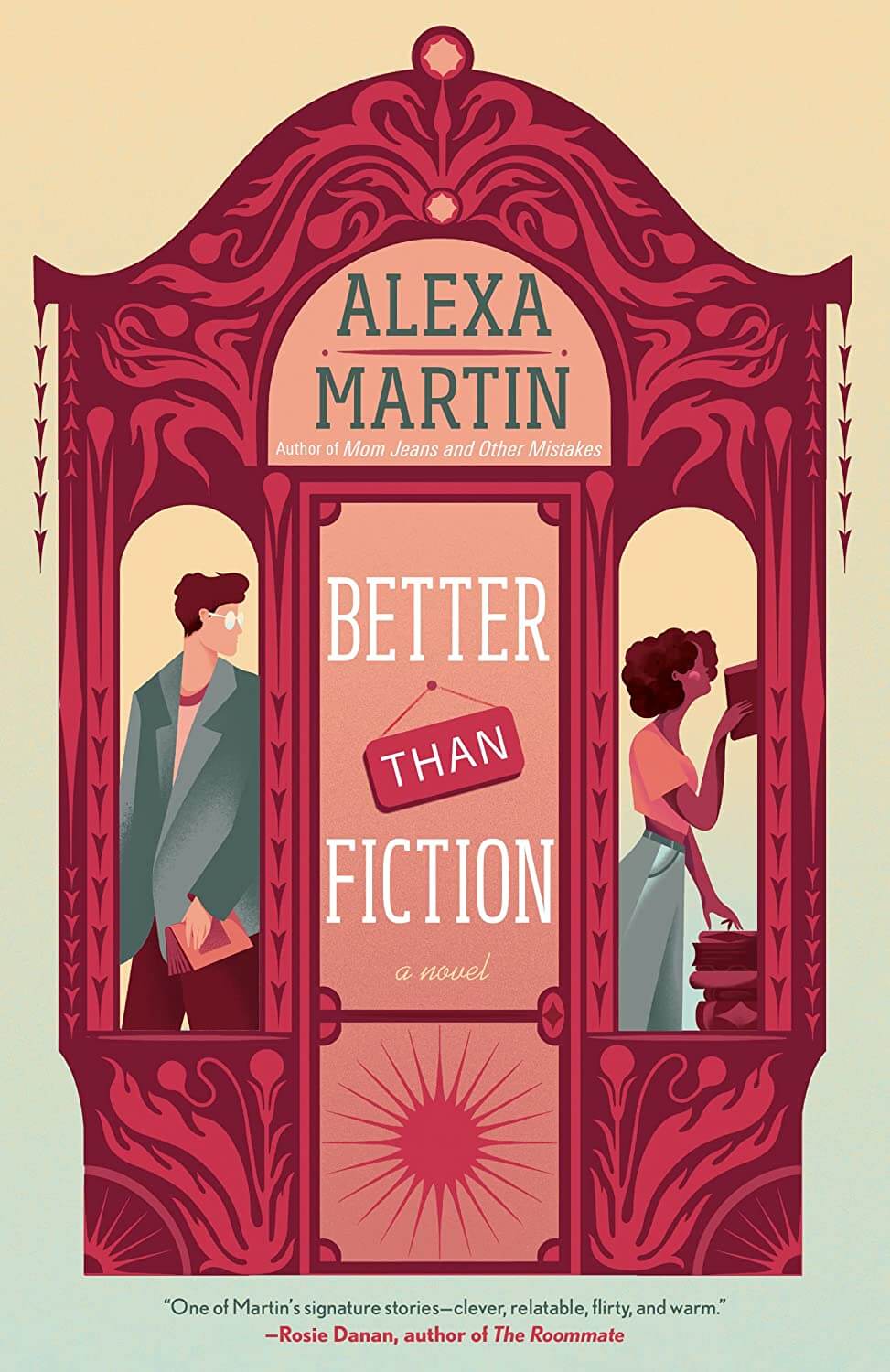 Better Than Fiction by Alexa Martin

When Drew inherits her grandmothers’ bookshop, she’s shocked to say the least. Drew considers herself a book hater and an avid believer that the movie is always better. Jasper is a best-selling author and a hopeless romantic. After meeting Drew at a signing event at her shop, he makes it his goal to show her the joy and beauty of books. The two embark on a series of adventures, and find a connection just like in the books. But then reality strikes, and messy family ties once again remind Drew how different reality and fiction are. However, Jasper is determined for their story  to end in a happily ever after. 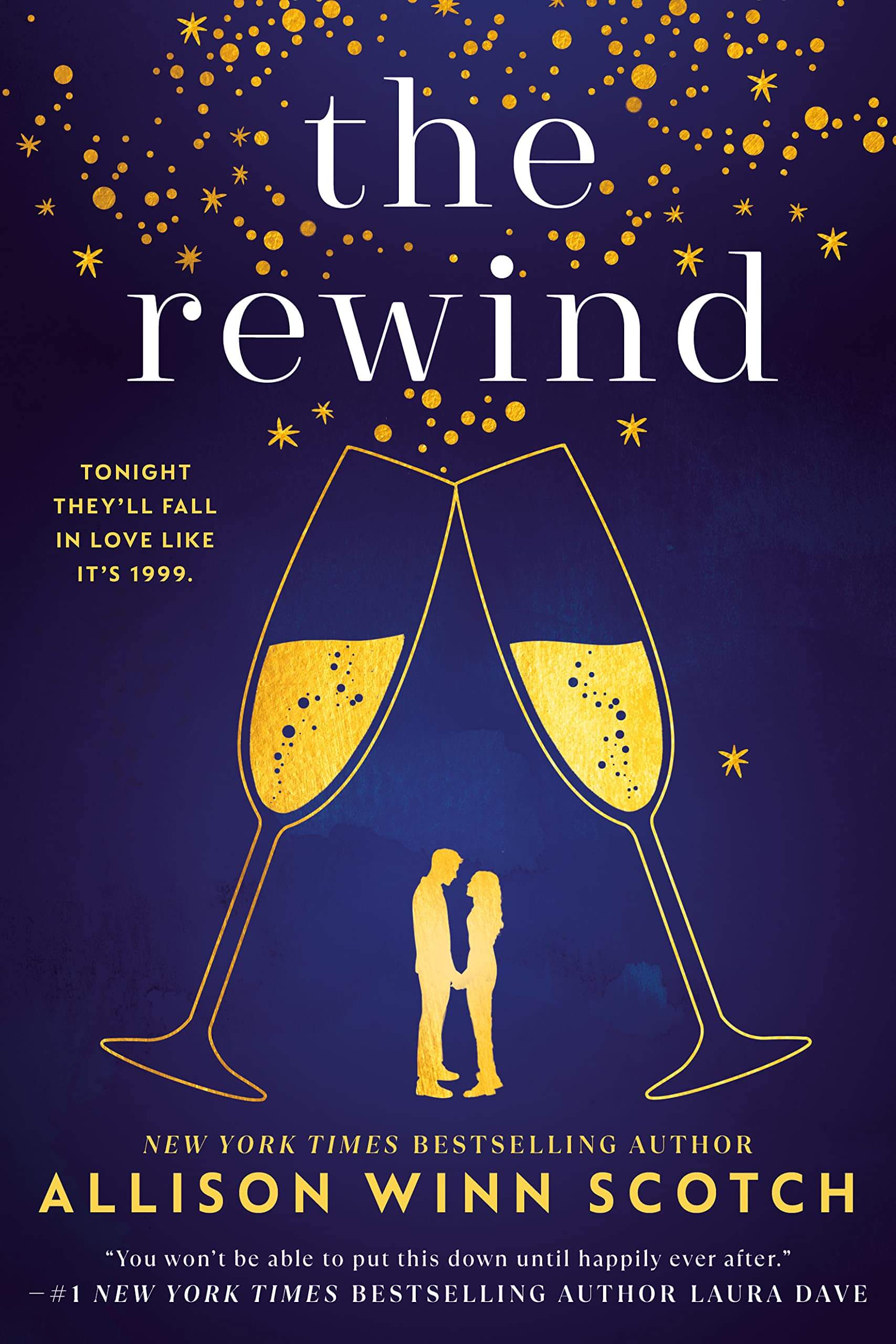 The Rewind by Allison Winn Scotch

Frankie and Ezra broke up right before their college graduation and vowed to never speak again. But ten years later in 1999, they find themselves back at their campus for a friend’s wedding on New Year’s Eve. Frankie is now a music manager for one of the hottest bands of the late ’90s, and Ezra is ready to pop the question to his girlfriend after the wedding. Everything is the way it should be, as long as they can ignore the emotions that arise when they reunite. But the next morning, they wake up in bed together with Ezra’s grandmother’s ring on Frankie’s finger. With no recollection of the night before, Frankie and Ezra have to figure out what happened, what they did, and if they got things wrong ten years ago. 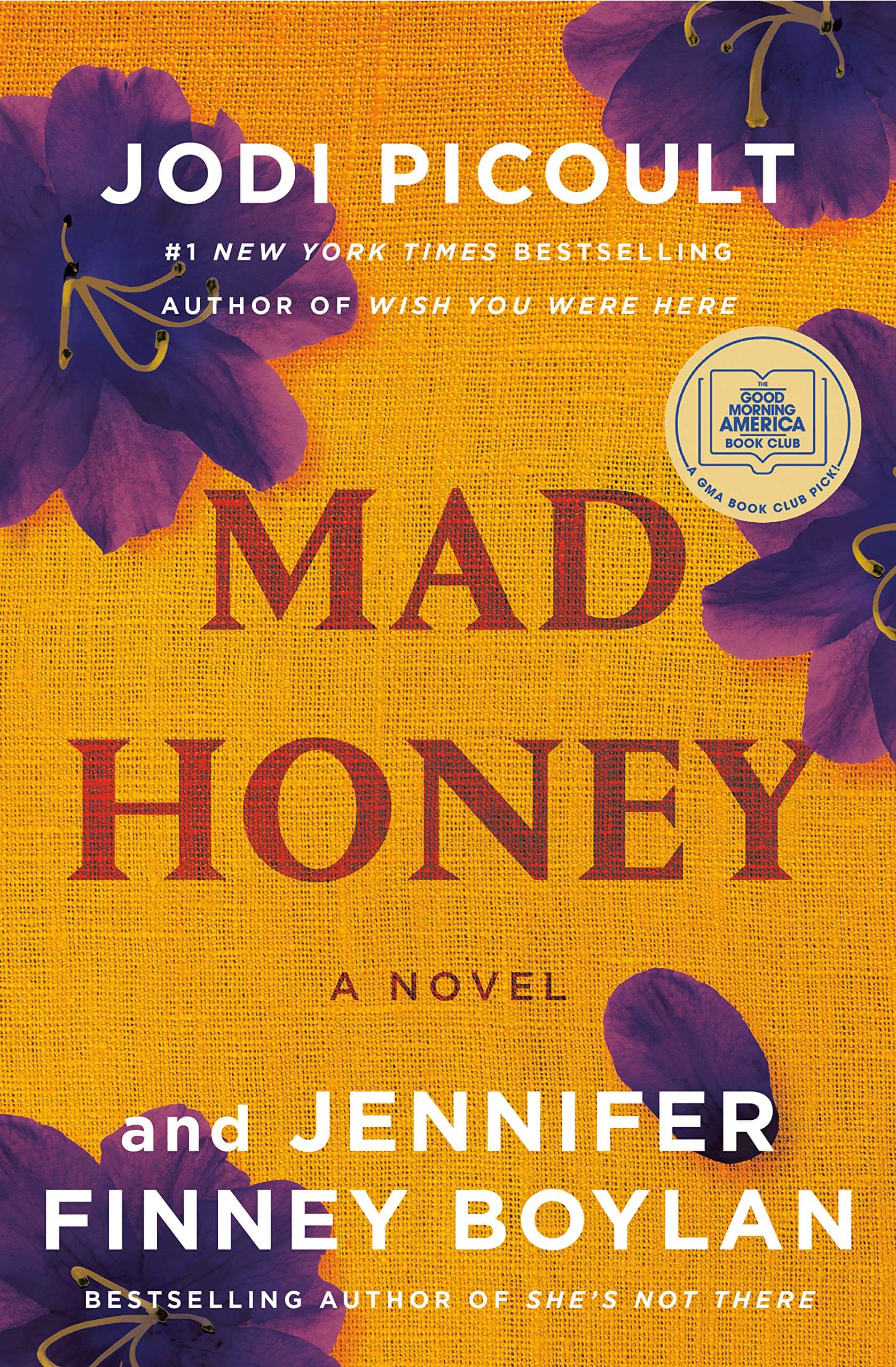 Olivia McAfee’s perfect life was upended after she witnessed her husband’s darker side, and moved back to her quiet New Hampshire hometown with her son, Asher. Newcomer Lily is hopeful for a fresh start during her final year of high school. Olivia’s and Lily’s paths cross as Asher and Lily begin to fall for each other. But when Lily is found dead, Asher is questioned by the police. Olivia is sure of his innocence, but she can’t help recognizing the same flashes of temper in Ash that she saw in his father. As things progress, she realizes her son’s been keeping more secrets than she thought. 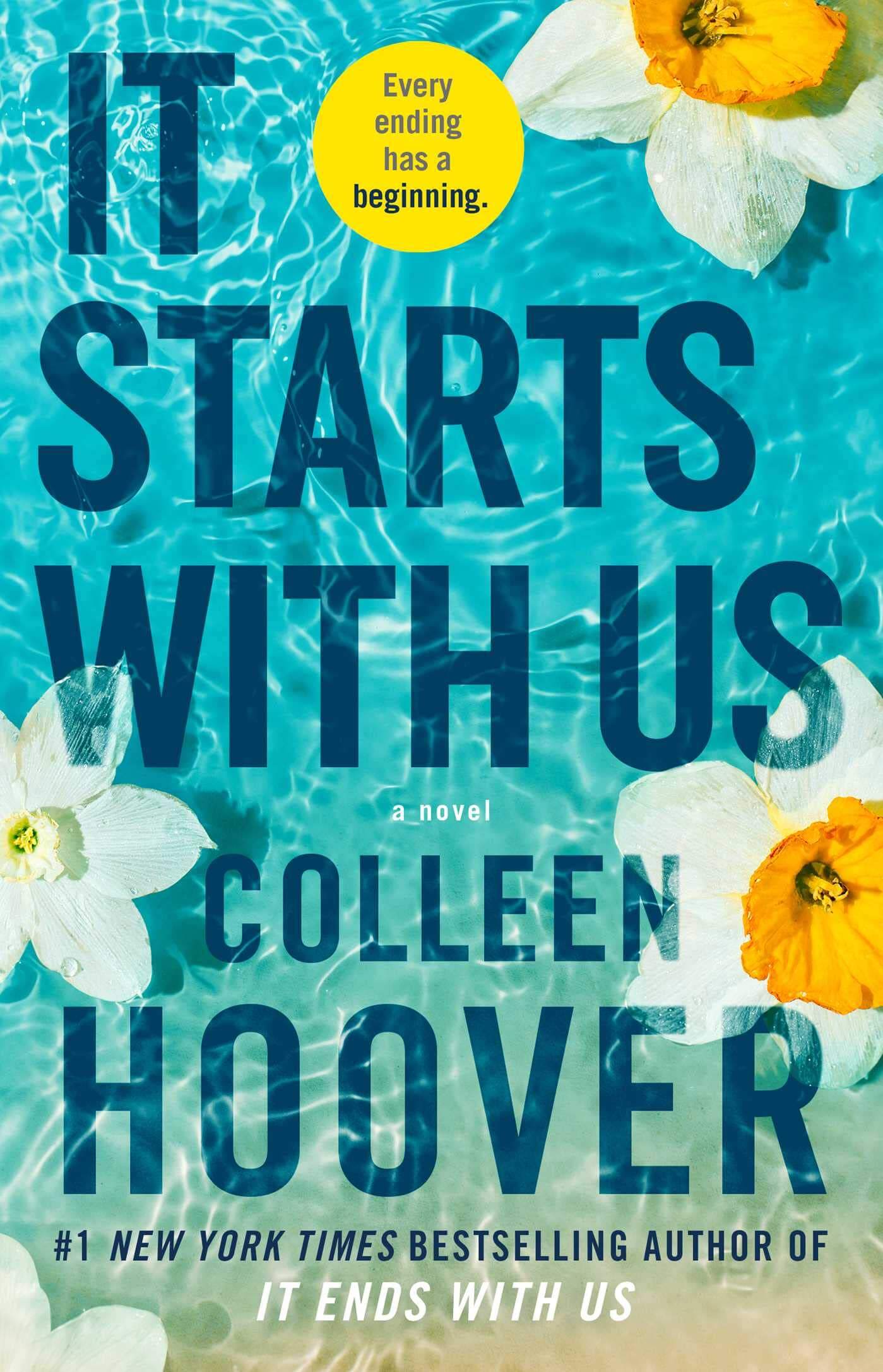 It Starts With Us by Colleen Hoover

This highly-anticipated sequel picks up two years after the end of the #1 New York Times bestseller It Ends with Us. Lily has just settled into a coparenting routine with her ex-husband Ryle when she once again runs into Atlas, her first love. For once, the timing is right and Lily instantly says yes to a date. However, Atlas is the one person Ryle doesn’t want near his ex-wife or his daughter. Told from Atlas’ and Lily’s point of views, this emotional story sheds more light on Atlas’s background and follows Lily as she opens her arms to a second chance at love while dealing with her ex-husband. 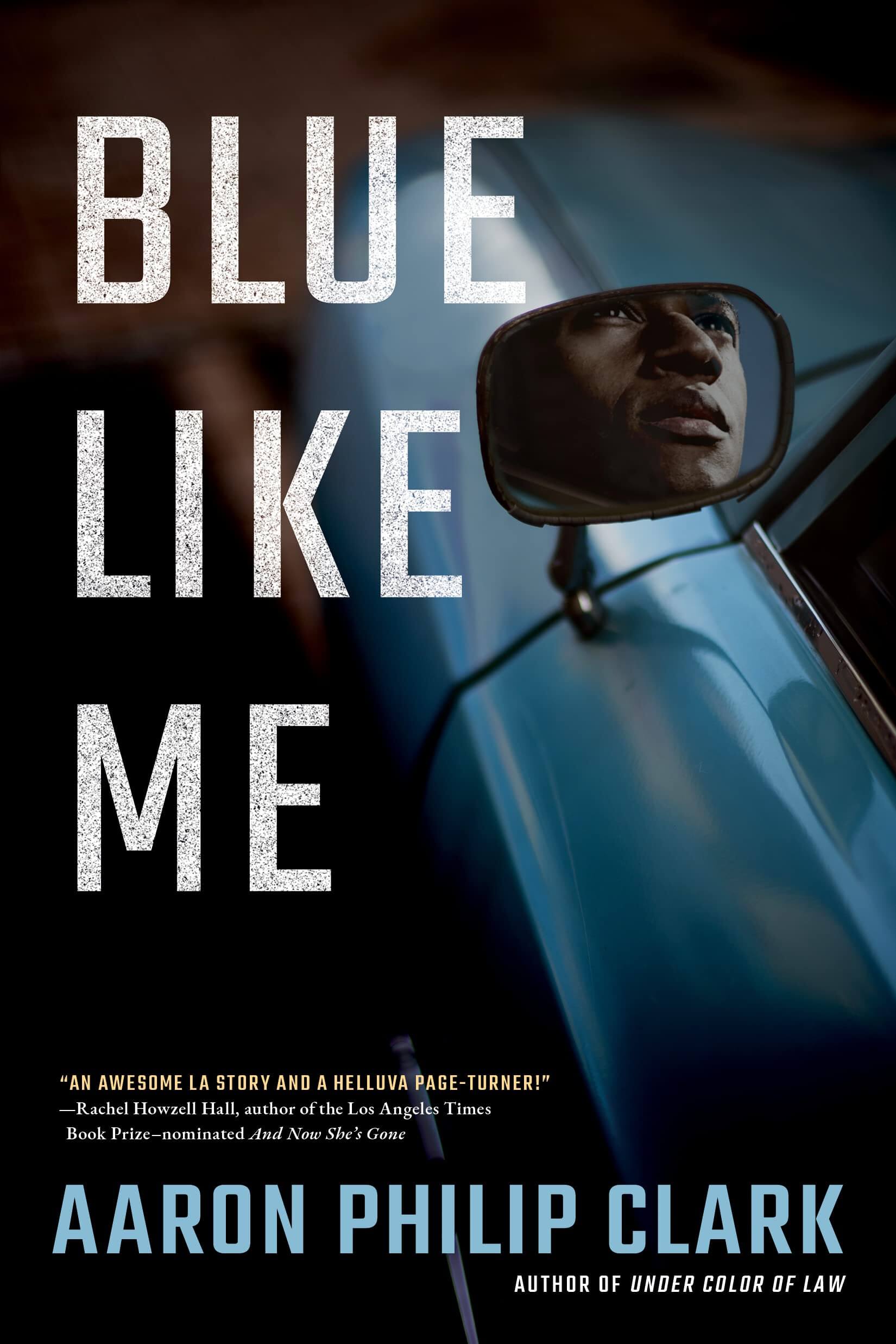 Trevor “Finn” Finnegan, a former detective, became a private investigator with one goal in mind: to catch the LAPD’s dirtiest cops in action. Two of his suspects are Detective Martin Riley and Finn’s former partner, Sally Munoz. When Finn follows them one night, he sees an unknown attacker kill Riley and injure Munoz. Although Munoz needs him to assist in finding the killer, Finn is unsure whether she can be trusted, and if she’s a good cop or a bad one. Finn’s hesitation disappears when his “uncle,” a former LAPD detective, is killed and there’s a chance it’s connected to Riley’s murder. Finn and Munoz have to team up and put their pasts aside in order to save potential victims—and themselves. 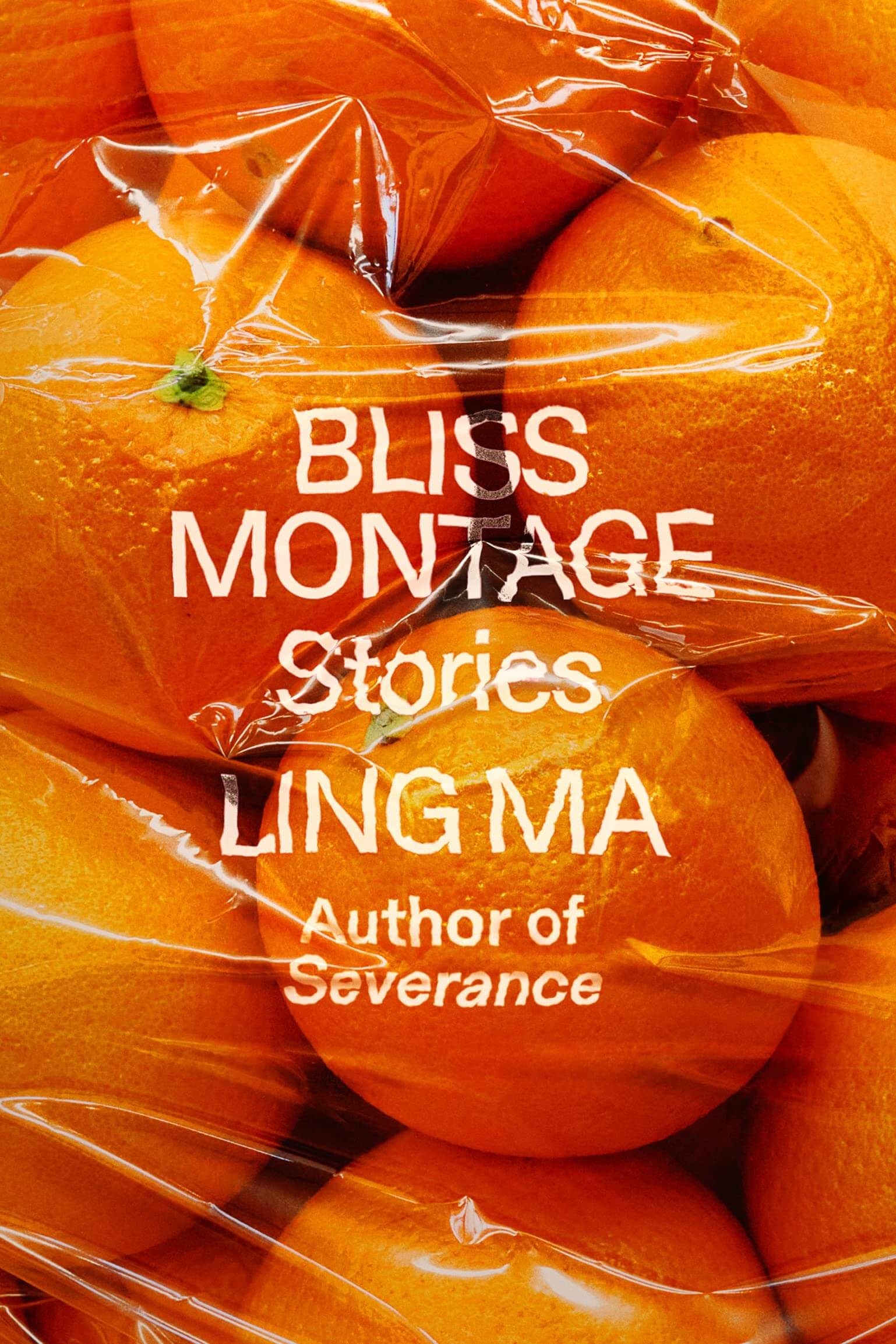 This collection of eight short stories blends the weird and the ordinary together to show how alike they really are. Through surreal and outlandish scenarios, like a woman living with all of her ex-boyfriends or an ancient healing ritual that requires being buried alive, Ling Ma explores a variety of themes and topics. 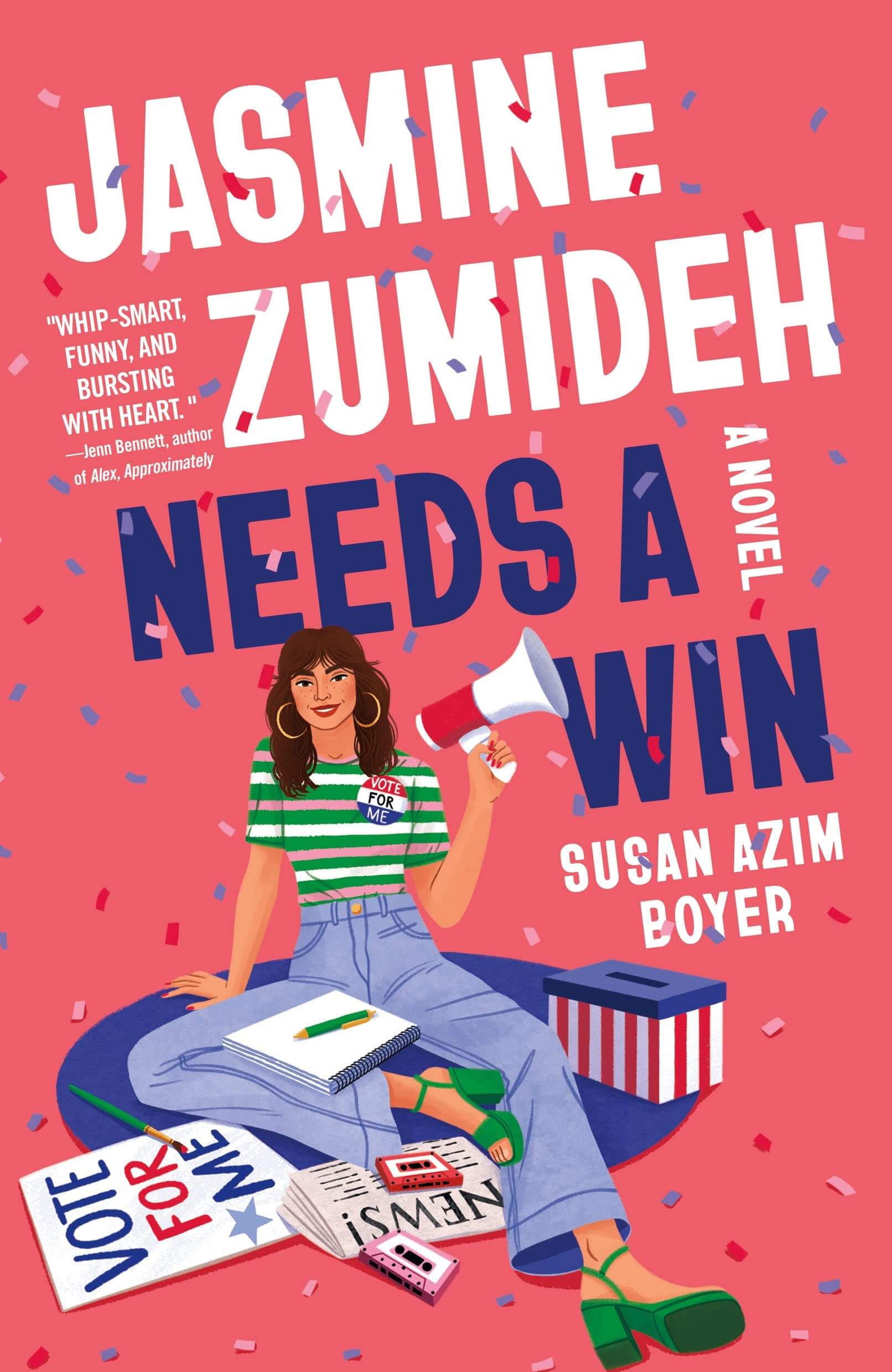 It’s 1979, and Jasmine Zumideh wants nothing more than to leave her California suburb and attend NYU where she plans to study journalism. But after a deadline issue, she claims that she is the Senior Class President-Elect on her application—even though that election has yet to happen. It shouldn’t be too hard to win though, since her only opponent is an uptight rule follower. But then a real-life event occurs and Iran is is all over the news. Jasmine’s opponent uses this to create anti-Iranian hysteria at school and turn all the student voters against her. As Jasmine’s brother becomes an outspoken advocate for Iran, she tries to hide her heritage. As her lie becomes bigger and bigger, Jasmine must decide between embracing or abandoning her heritage, standing by or ignoring her brother, and winning class president or losing her dreams forever. Based on the book Luckiest Girl Alive by Jessica Knoll

When she was a teenager at the prestigious Bradley School, Ani FaNelli faced a shocking humiliation that made her crave reinvention. Now, Ani has it all: a prestigious job, luxurious wardrobe, and a handsome husband who comes from an aristocratic family. But she has a secret that threatens to destroy everything she has worked so hard to build. As the pressure becomes unbearable, Ani must decide if the truth will set her free or send her carefully constructed world crumbling down. Based on the book From Scratch: A Memoir of Love, Sicily, and Finding Home by Tembi Locke

Tembi and Saro fell in love in Florence, despite his Sicilian family’s disapproval of him marrying a Black American woman. After years of a beautiful life in Los Angeles, Saro’s terminal cancer leads to a reconciliation with his family. Tembi tries to navigate life without her husband and we see three summers in Sicily spent with her daughter. She is welcomed into the family that once turned their backs on her, all while discovering the healing gifts of food, community and traditions. 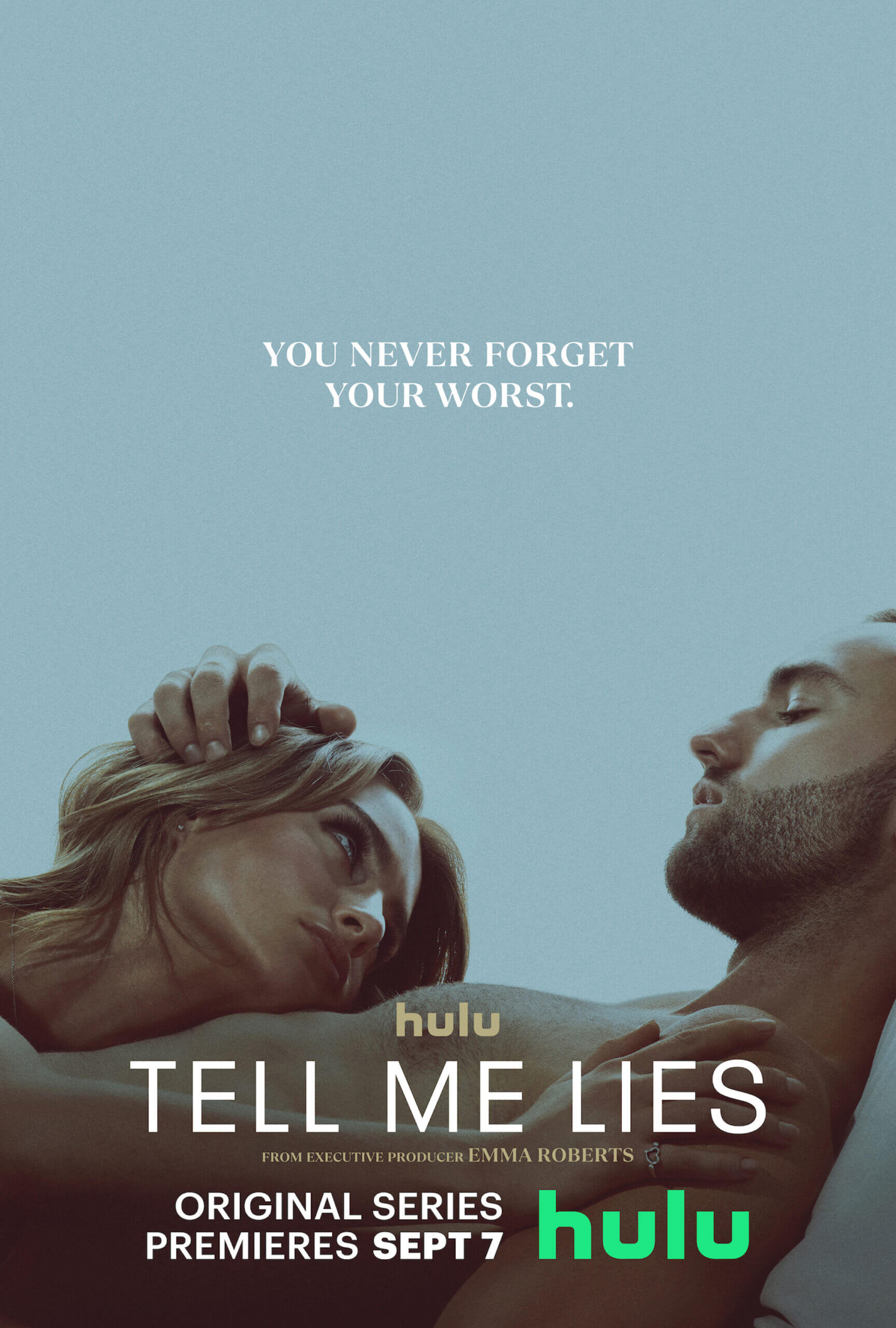 Based on the book Tell me Lies by Carola Lovering

Lucy Albright fled her home in New York to attend college in California, miles away from her mother who committed an unforgettable betrayal. Lucy embraces her new environment and college life, eager for a fresh start. Stephen DeMarco is confident, charming, complicated, and devastating. But he has a past that he’s desperate to bury. When the two meet, Stephen is captivated by Lucy, and she is enticed by the way he sees her. She realizes there’s something that shouldn’t be trusted about him, but he knows Lucy can’t let him go. This twisted love story explores the unimaginable consequences of their relationship.