Books On Your Radar: May

Books On Your Radar: May

What to read and watch in May: 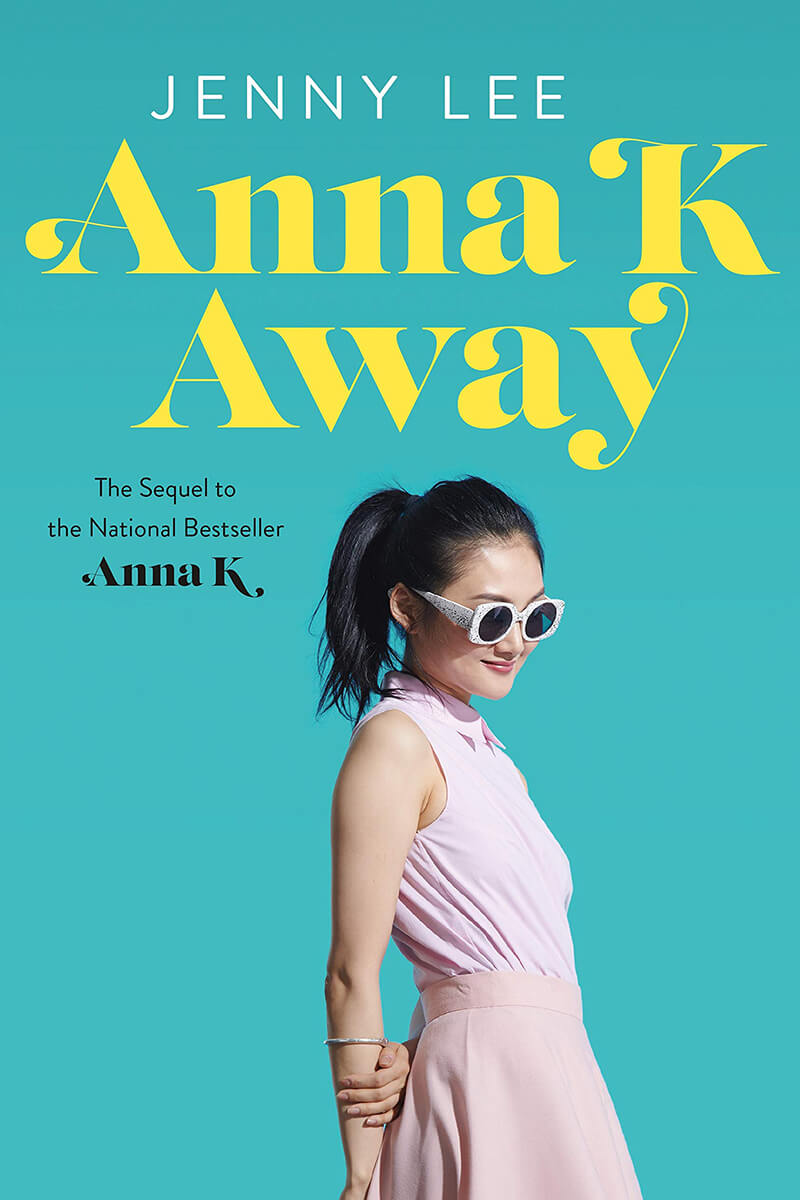 Anna K Away by Jenny Lee

You’ve probably seen the cover of Anna K Away all over this year’s “most anticipated” book lists, and with good reason. Anna K, Book 1 of Jenny Lee’s Anna K series, became a national bestseller, and Book 2 in the series has been described as Crazy Rich Asians meets Gossip Girl. It picks up with the fabulous cast of characters over the course of the next summer, further exploring the push and pulls of first loves, adventure, joys and heartbreak. CP’s bottom line: Set over the course of one summer, between the end of one school year and the start of another, there are endless adventures and possibilities – remember that feeling? I do! And this book will make you remember too. 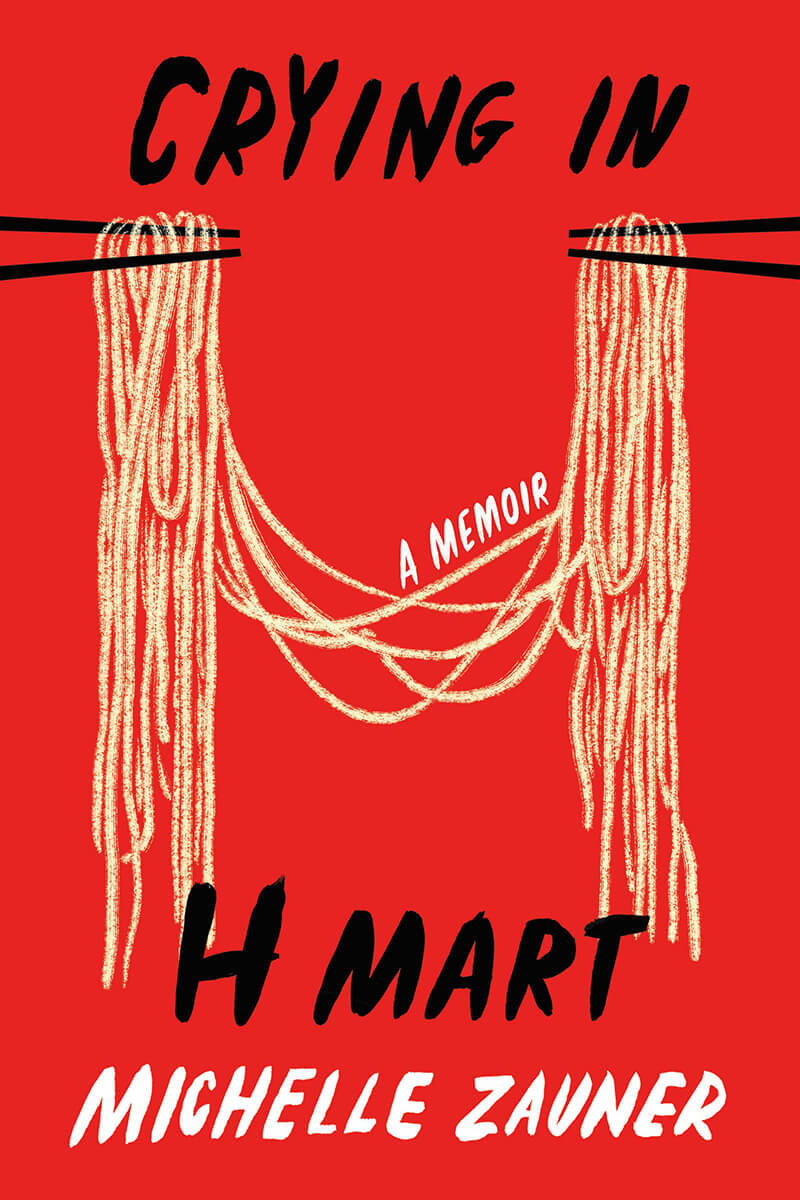 Named a best book of April 2021 by TIME, Entertainment Weekly, Glamour, Wall Street Journal and more, this beautiful mother-daughter memoir was an instant New York Times best seller. It’s a powerful raw portrait that Zauner paints, lyrical and radiant, about growing up Korean American, losing her mother, and forging her own identity. With humor and heart and family photos, Zauner tells of growing up one of the few Asian American kids at her school in Oregon, the struggle over mother-daughter expectations, and reckoning with her identity after her mother’s diagnosis of terminal cancer, bringing her to reclaim the gifts of language, history, and flavors her mother had given her. CP’s bottom line: Everyone should read this beautiful book, but do know that you will need a box of Kleenex at the ready. And you’ll be hungry, so hungry and so sad, and so happy you read this incredible moving memoir. 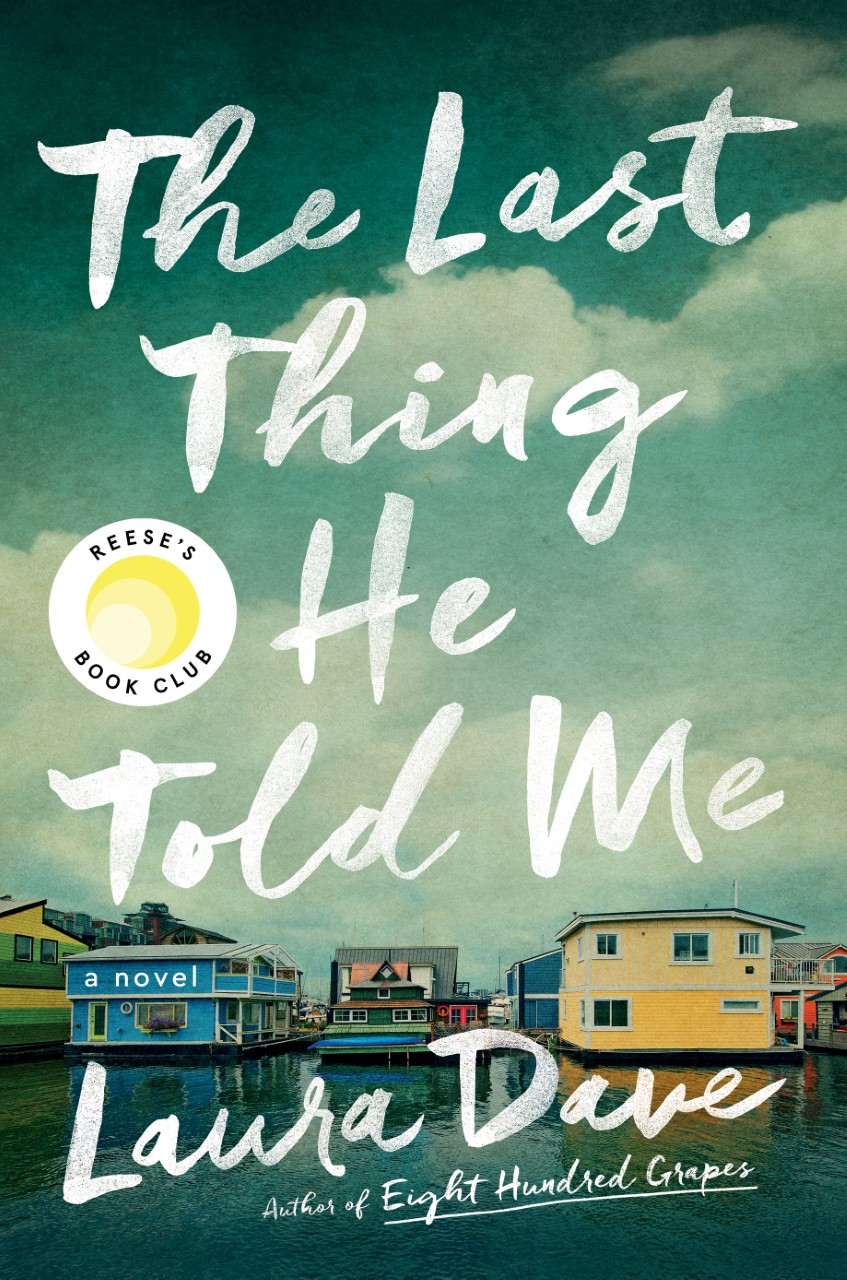 Hannah thinks she’s found the love of her life in Owen—until he disappears. But before he does, he smuggles her a note: Protect her, referring to Owen’s sixteen-year-old daughter, Bailey. As arrests are made and agents close in, Hannah realizes her husband isn’t who he said he was. Hannah and Bailey set out to discover the truth. But as they start putting together the pieces of Owen’s past, they soon realize they’re also building a new future—one neither of them could have anticipated. With its breakneck pacing, dizzying plot twists, and evocative family drama, The Last Thing He Told Me is a riveting mystery, certain to shock you with its final, heartbreaking turn. CP’s bottom line: I’ve known Laura Dave for years and have always been a fan. This is a departure for her, for sure –  into domestic thriller territory. But she nails it and it reads quick, and heart-pounding, just like an episode of your favorite streaming show you don’t want to end. And the end will leave you a bit heartbroken and wanting more. Also, we’re kicking off the BookSparks Summer Reading Challenge with this book so join in and it’s soon to be a series on Apple starring Julia Roberts. 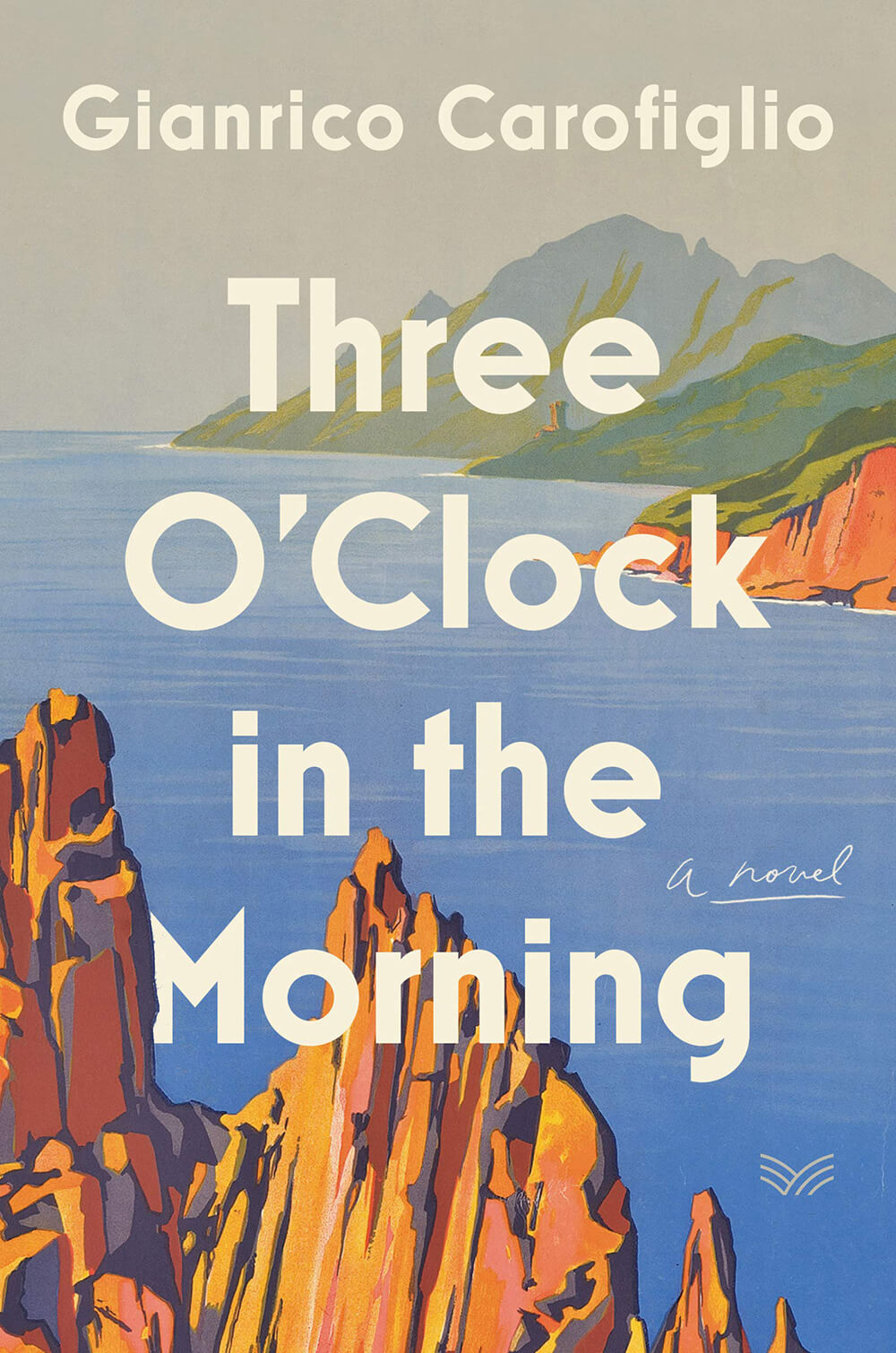 Three O’Clock in the Morning by Gianrico Carofiglio

This enchanting coming-of-age novel—described as “a heady union of Before Sunrise and Beautiful Ruins”— is set against the vibrant backdrop of 1980s Marseilles. A father and his teenage son are forced to spend two sleepless nights exploring the city, on a journey of unexpected adventure, lots of nostalgia, and profound discovery that helps them come to truly know each other. CP’s bottom lime: A truly beautiful and perfect summer escapist read! 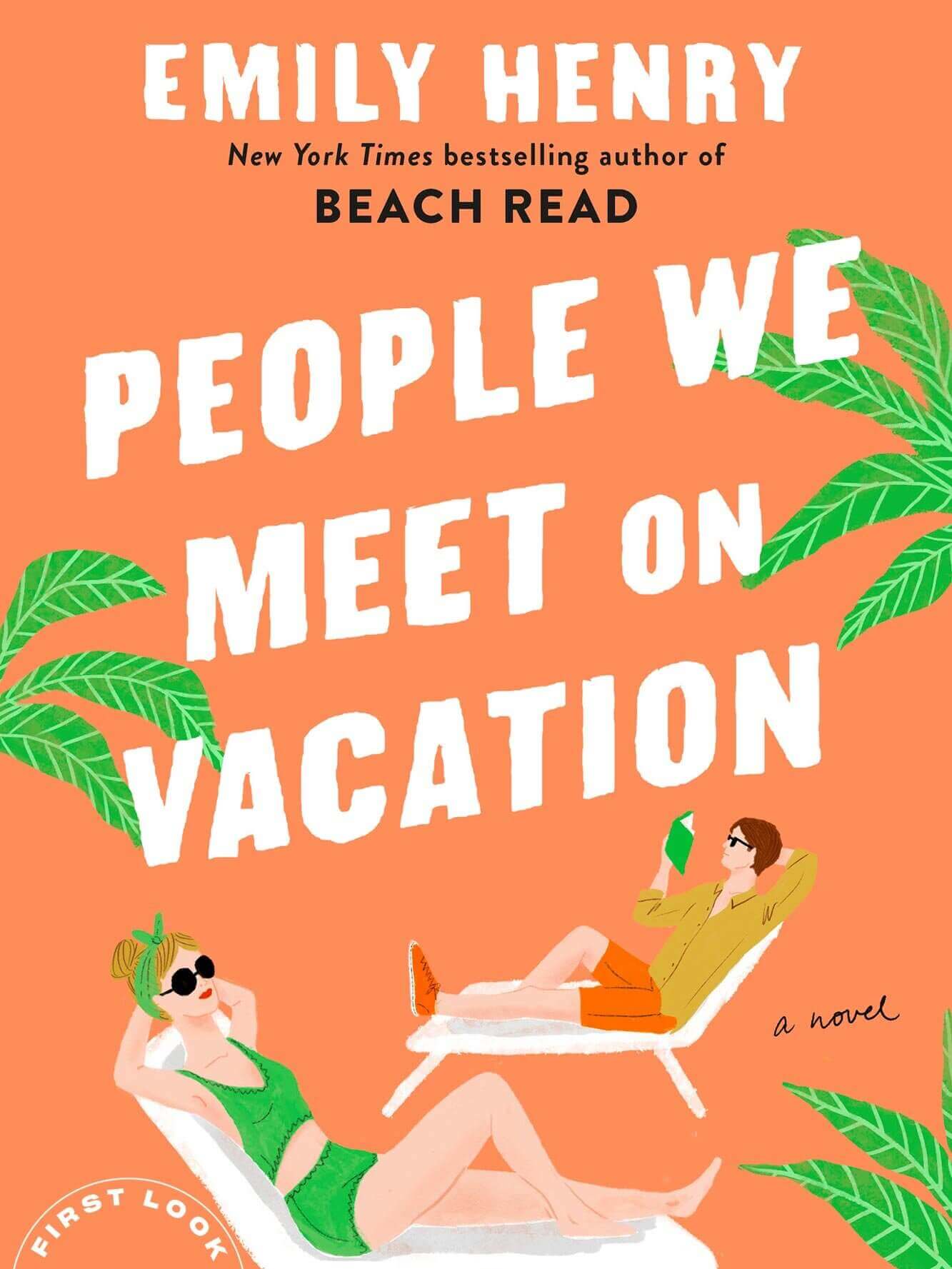 Poppy and Alex have nothing in common besides their decade long tradition of joint summer beach vacations. However, two years ago they ruined everything and haven’t spoken since. Poppy knows that the last time she was truly happy was the last beach vacation and she decides to take Alex with her on vacation once more. With only a week to fix everything, Poppy doesn’t know if she can face the one big truth that stood quietly in the middle of their relationship. CP’s bottom line: I find Emily Henry’s books surprising in the best ways. At first they seem like super light beach reads, and they are, but they are also so much more – she’s an incredible storyteller and I love her characters. 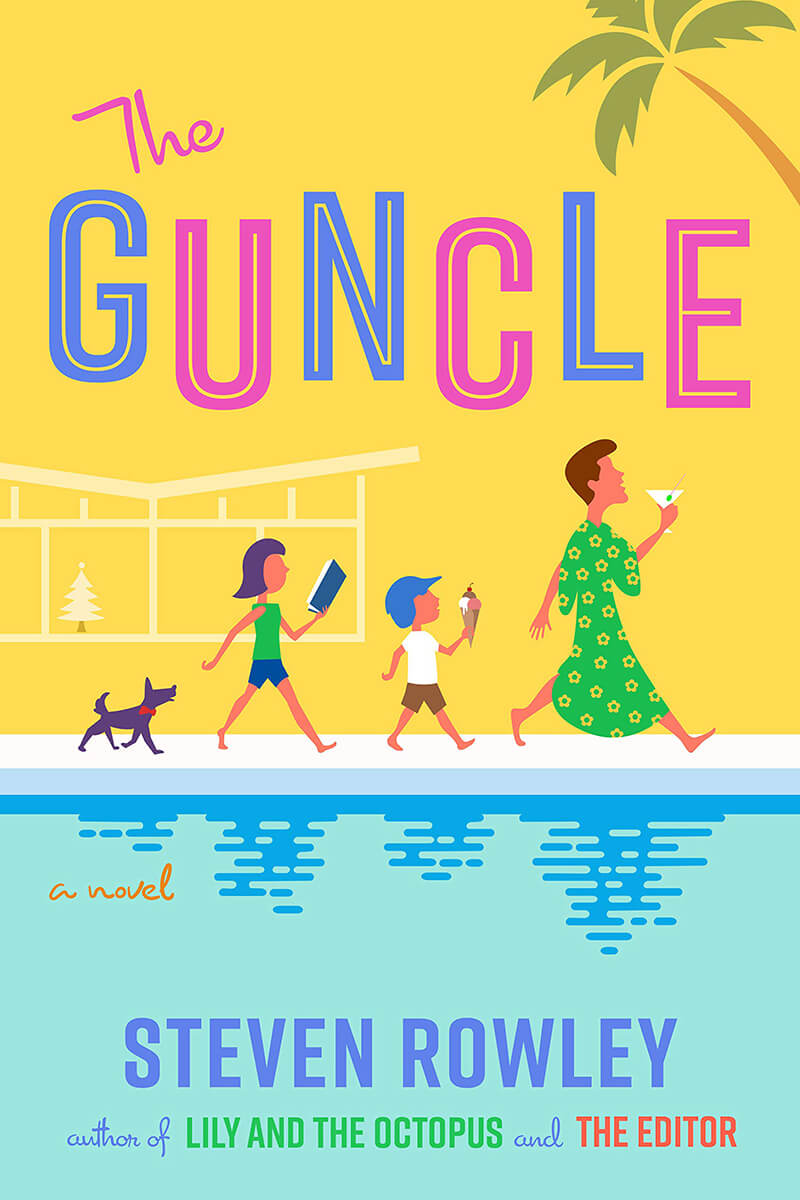 This is a warm and deeply funny novel about a once-famous gay sitcom star whose unexpected family tragedy leaves him with his niece and nephew for the summer. With the humor and heart we’ve come to expect from bestselling author Steven Rowley, The Guncle is a moving tribute to the power of love, patience, and family in even the most trying of times—something a lot of us need to be reminded of this year. CP’s bottom line: I got to read this early and it’s the perfect poolside summer read. Full of fun and humor and Palm Springs and emotion and all the best things rolled into one book. And you can just see it as a show. 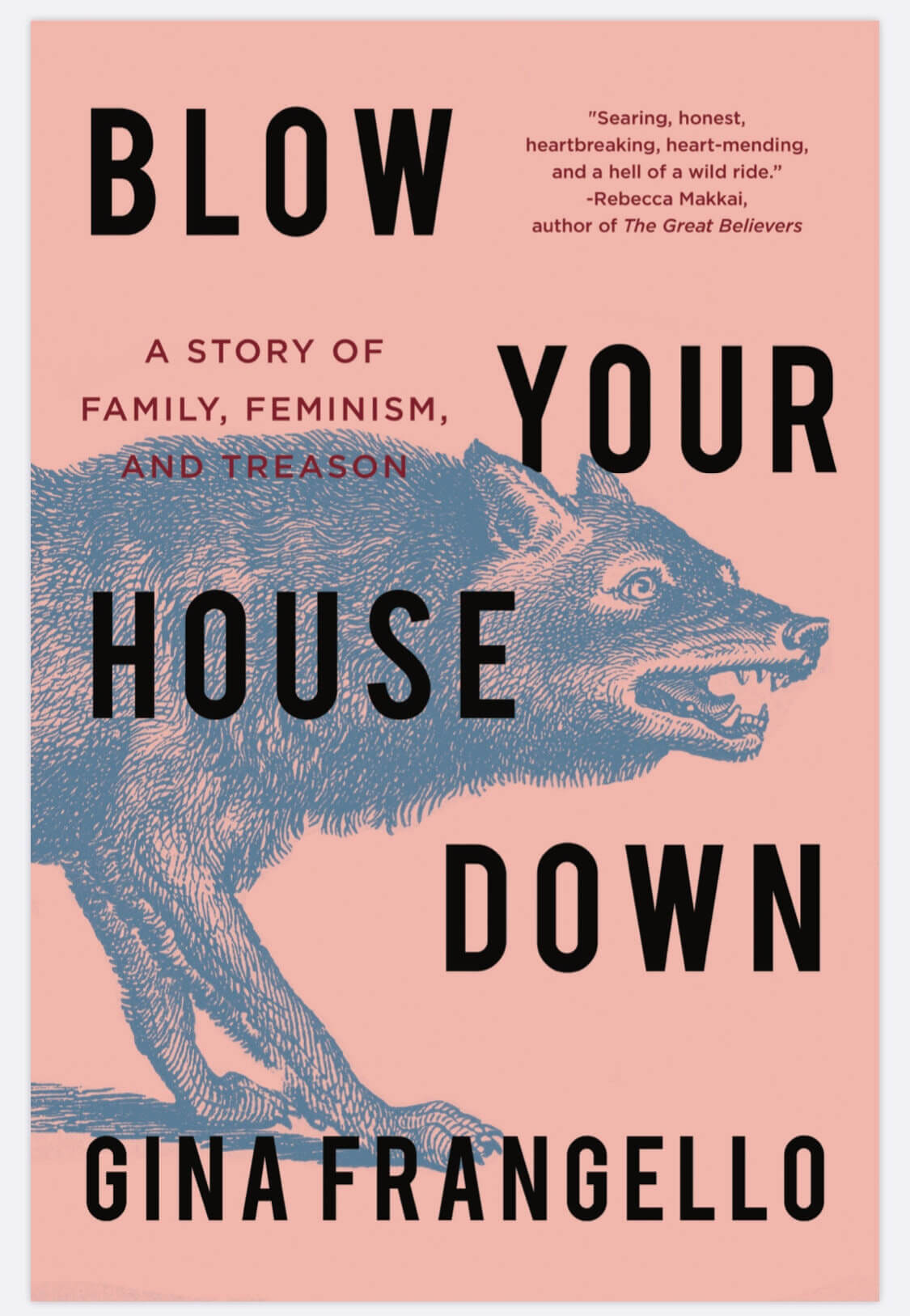 Blow Your House Down by Gina Frangello

Frangello uses her personal story of childhood poverty, becoming a wife and a mother, and embarking on a passionate affair, leading a double life—and the resulting implosion—to examine women’s place in contemporary society. From the ways our culture seeks to cage women in traditional narratives, the self-sacrifice endured, and what it means to transgress being good in order to reclaim your own life—this refreshing feminist manifesto is an unforgettable read. CP’s bottom line: I heard a lot about this memoir and how bold it is. How it says the things that we women are afraid to say out loud. So of course I had to get it. Read it, discuss it, don’t judge it – just be blown away by the gumption and writing. Even the title is something I love. 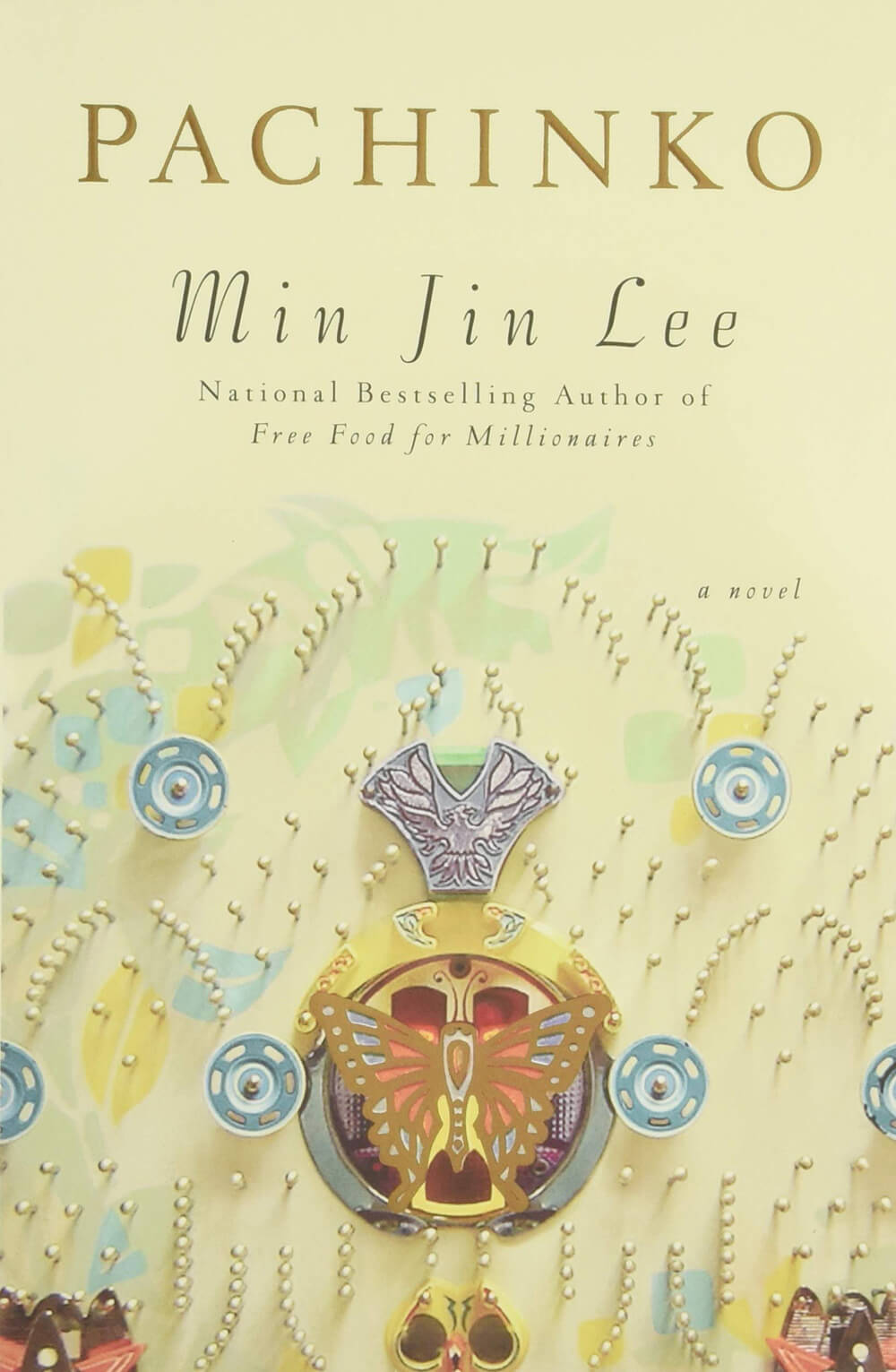 Pachinko follows one Korean family through four generations, beginning in early 1900s Korea with Sunja, the daughter of a poor yet proud family, whose unplanned pregnancy threatens to shame them all. Deserted by her lover, Sunja is saved when a young tubercular minister offers to marry and bring her to Japan. So begins a sweeping saga of an exceptional family in exile from its homeland and caught in the indifferent arc of history. Through desperate struggles and hard-won triumphs, its members are bound together by deep roots as they face enduring questions of faith, family, and identity.CP’s bottom line: This has been on my list for ages and I’m committed to making this a May must-read. It’s been on my reading bucket list. 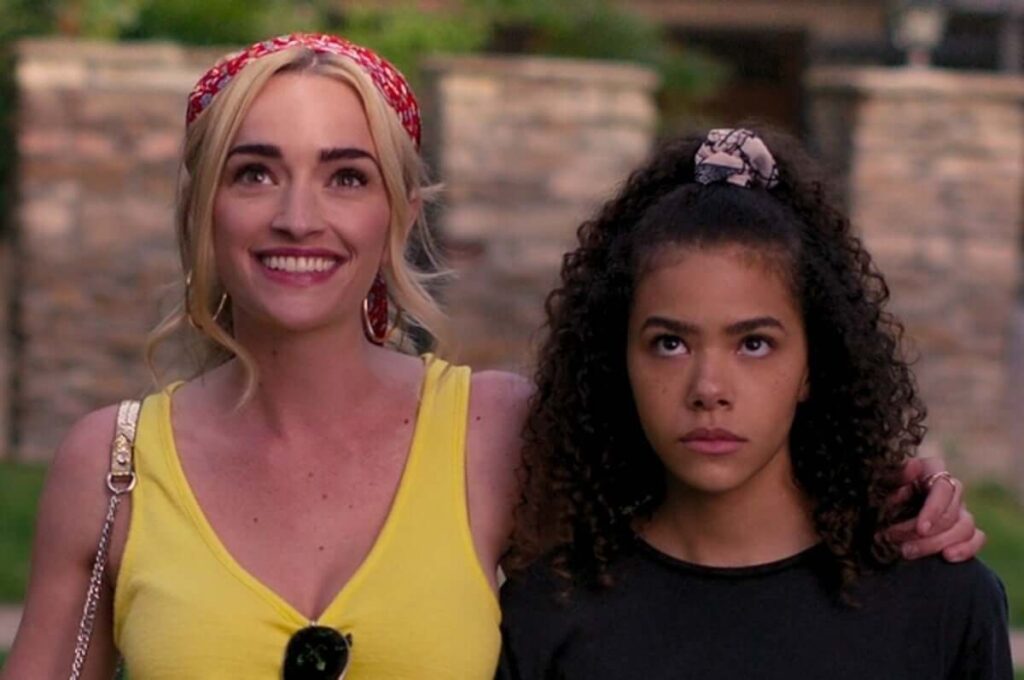 Netflix’s Ginny & Georgia focuses on Virginia ‘Ginny’ Miller and her mother Georgia. Despite being only 15 years old, Ginny often finds herself feeling a whole lot more mature than Georgia. The show follows the family as they move to a town in New England, hoping for a fresh start. CP’s bottom line: So fun! Gobble this up in a day or two and be ready for season two. Part fun, part mystery, part lesson on racial identity, this show has a lot jam packed into each episode. 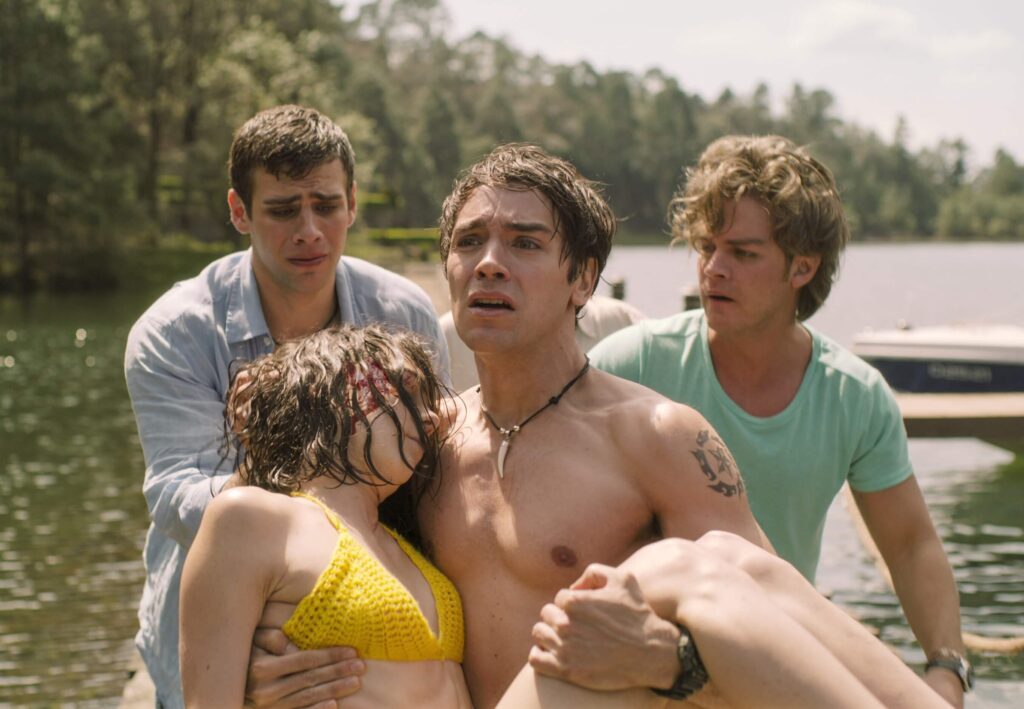 This dramatic thriller focuses on the 2001 mysterious death of a woman named Sara, who died while vacationing with her brother, her boyfriend, and the rest of his rich family. The protagonist is Alex, her brother—and also an innocent man wrongfully accused and sentenced to 30 years in prison for his alleged involvement in the death of Sara. When released, 18 years later, Alex plans a vendetta against the person he believes put him in that situation; Sara’s boyfriend and heir to his wealthy family business. CP’s bottom line: Don’t watch this with the youngsters around! Lots of sex and nudity but also a great thriller/mystery (even though it’s dubbed for English, you get over that real quick). 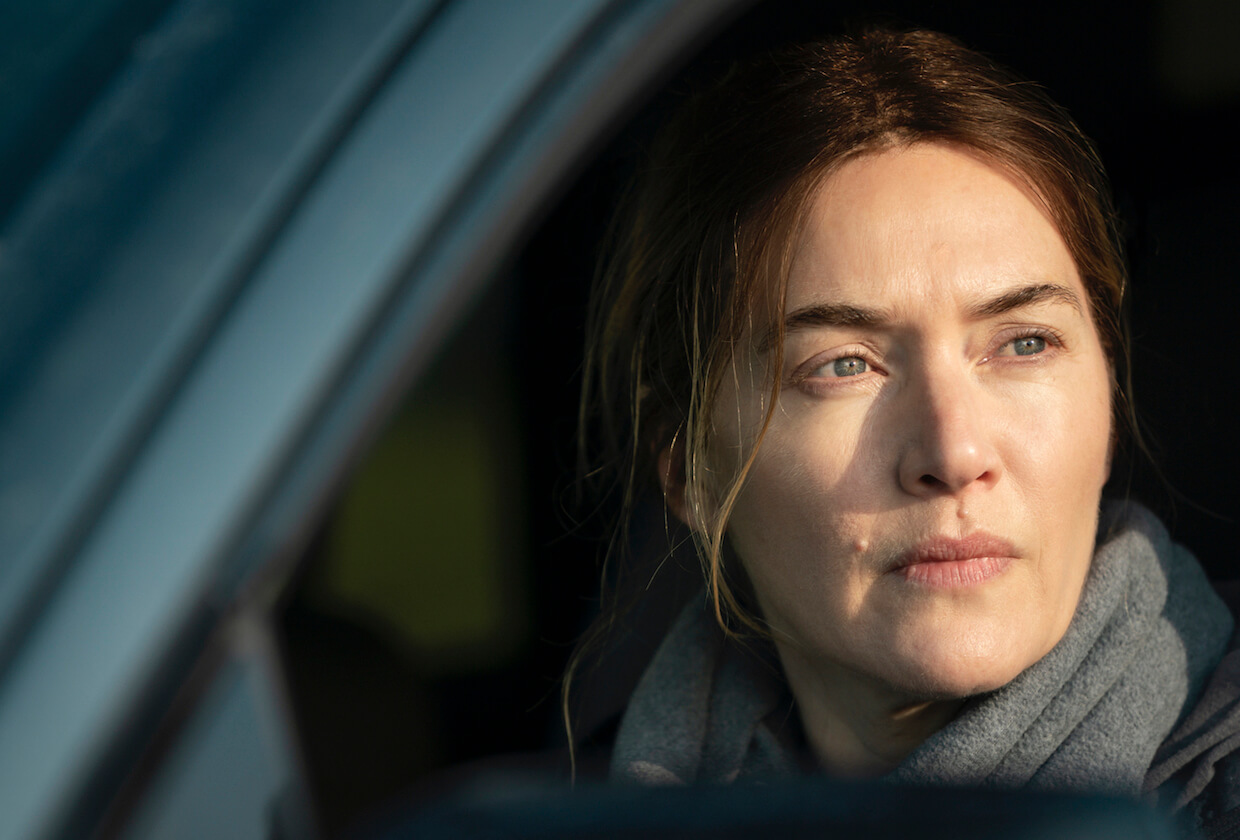 This American crime drama miniseries stars Kate Winslet as Mare Sheehan, a detective investigating possibly connected murders in a small working-class town near Philadelphia. It gives off a melancholic vibe, similar to shows like Sharp Objects and Clarice, and the character development is spot on, even for a miniseries. CP’s bottom line: A great mystery/crime show that makes you wish the whole season was there to binge instead of waiting a week for a new episode (gasp!). And Kate Winslet is incredible (but she’ll ever not be pretty no matter how gritty and washed up they try to make her appear). 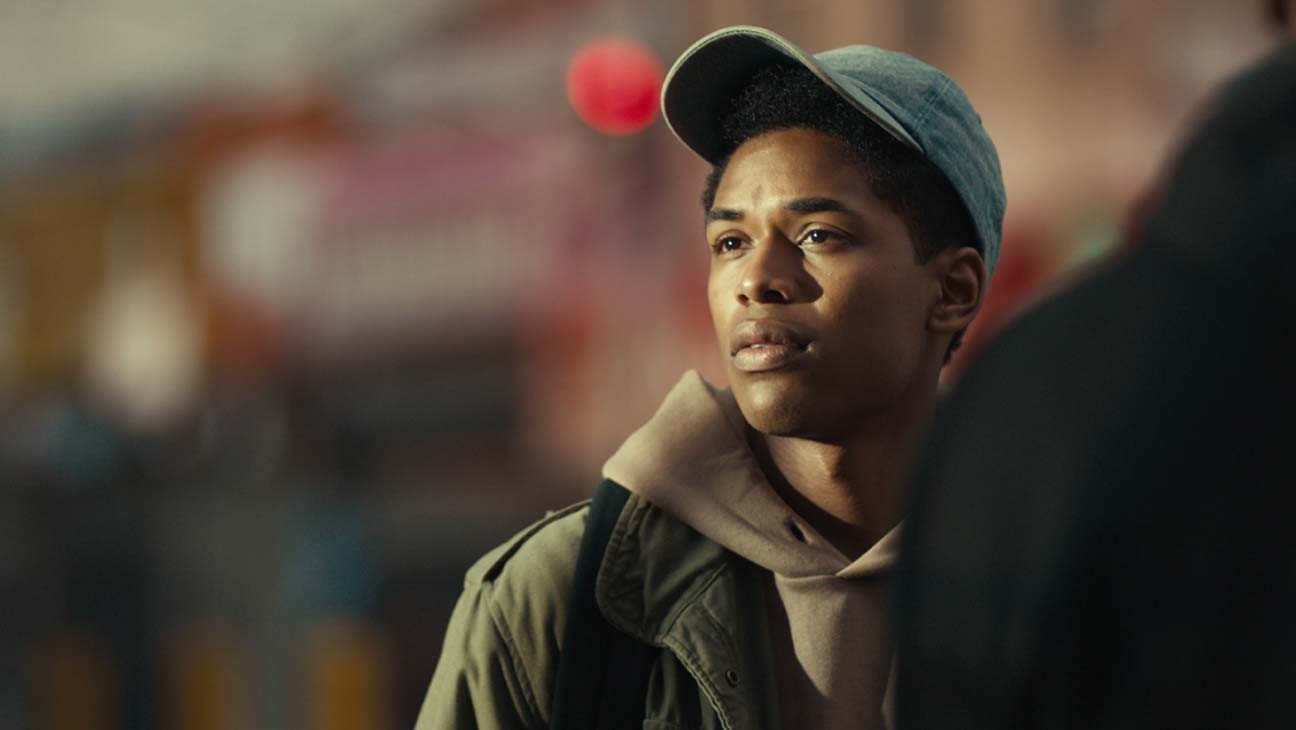 Jennifer Hudson, Rakim Myers (A$AP Rocky), and Kelvin Harrison Jr star in Netflix’s adaptation of Monster. Monster is based on the NYT bestselling book by Walter Dean Myers. The movie follow 17-year-old Steve Harmon,  Harlem native who attends a noteworthy film school. His life completely changes when he’s charged with felony murder. CP’s bottom line: Read this book ages ago and excited to see what Netflix does with it. 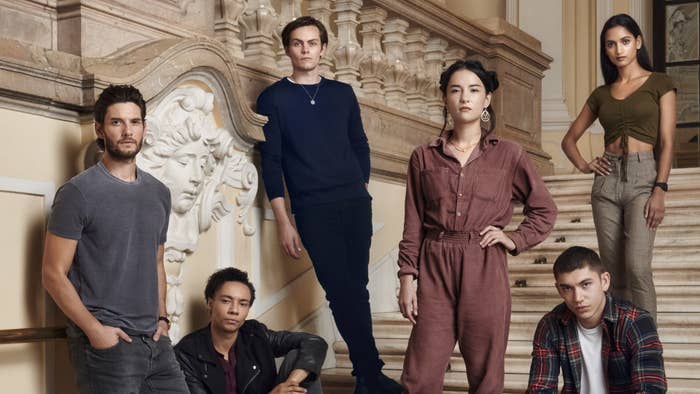 The Shadow Fold is a swathe of impenetrable darkness crawling with monsters that feast on human flesh, and is slowly destroying the once-great nation of Ravka. That is until Alina, a pale, lonely orphan, discovers a unique power that thrusts her into the lavish world of the kingdom’s magical elite called the Grisha. CP’s bottom line: What?! I didn’t read the books (gasp! I know!), so I have no idea what all that is saying…..but after helping Neflix promote the adaptation I have started to dive in so I can see what all the fuss is about! 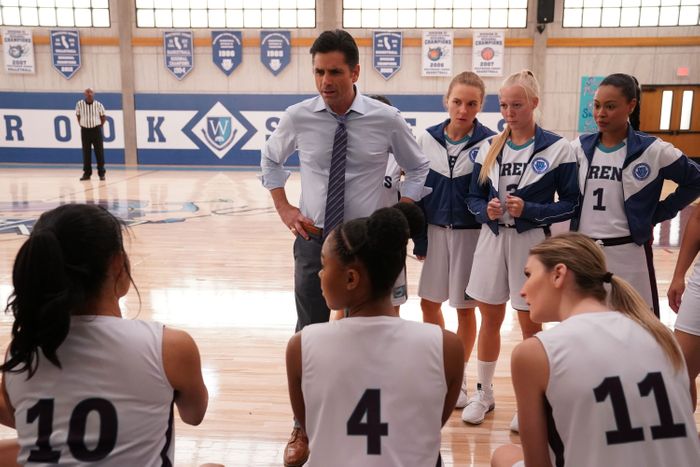 When Coach Korn (John Stamos) is fired as head coach of the University of Wisconsin men’s basketball team — he threw a chair during a game that hit a referee — the only job he is able to get is as leader of a basketball team at the Westbrook School for Girls. In the past year, there’s been many sports shows that have garnered attention: documentaries like The Last Dance and Cheer, and scripted shows about competitive sports like Beartown and Dare Me. However, Big Shot’s strength lies in the cast: not only are the competitors exclusively young women (a rarity), but this cast is strong and believable. CP’s bottom line: My youngest son and I have a thing and I love it: we watch old sports movies together. The good ones like Hoosiers and Glory Road and Remember the Titans and Miracle. We love these cheesy feel-good movies. What I love about Big Shot (besides John Stamos being hot as ever, even if he is the anti-Ted Lasso) is that this show centers around a female sports team. Gasp! And my son has been just as interested. More female sports shows!