Books to Read If You Like the Matrix Trilogy

Books to Read If You Like the Matrix Trilogy

If you’re counting down the days for the new installment of The Matrix to be released, you’re not alone. To pass the time before the film hits the big screen, take a look at the list of books we’ve rounded up. Let these sci-fi stories entertain your brain before heading to the theater this summer. 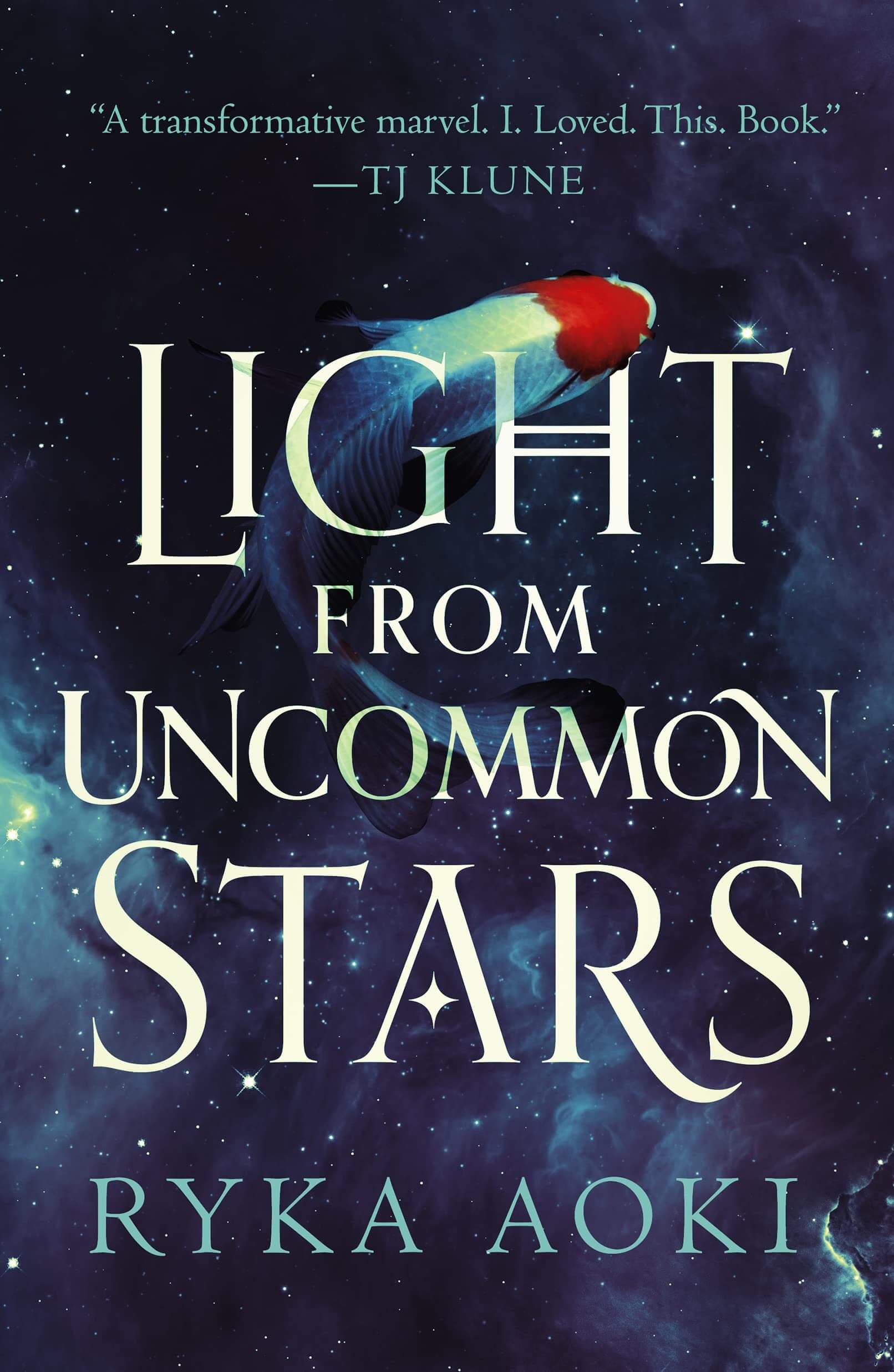 To avoid damnation, Shizuka made a deal with the devil to convince seven other violinists to swap their souls for success. All she needs is one more, so when a transgender runaway crosses her path, she knows that’s the one. Stopping for a quick coffee break at the donut shop, Shizuka strikes up a conversation with a retired starship captain and mother of four. Something about this woman gives her all the feels, and she starts to wonder if love can prevail over evil. As the lives of these three ladies begin to intertwine, Shizuka’s priorities start to shift, and a different form of magic begins to manifest. 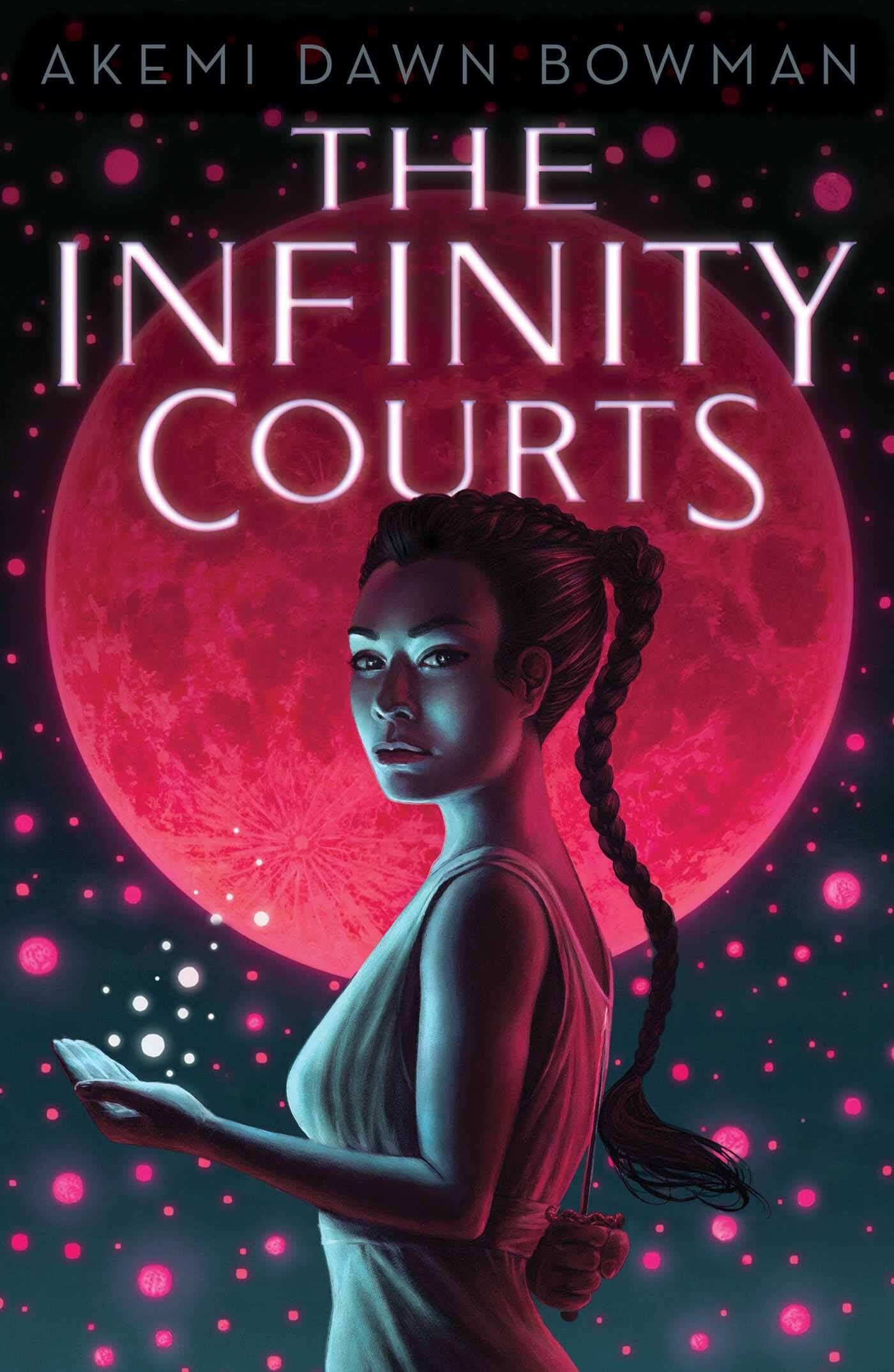 As a recent high school graduate, eighteen-year-old Nami looks forward to a bright future. But on her way to meet her crush and her entire graduating class at a celebratory party, she succumbs to sudden death. Even though her physical body is gone, her spirit wakes up in a place called Infinity, under the care of a virtual assistant named Ophelia. However, she quickly learns that Ophelia has her own plan, including taking over human existence on Earth. With the help of some of her soul mates, Nami works to take her down in hopes of saving the future of humanity during the process. 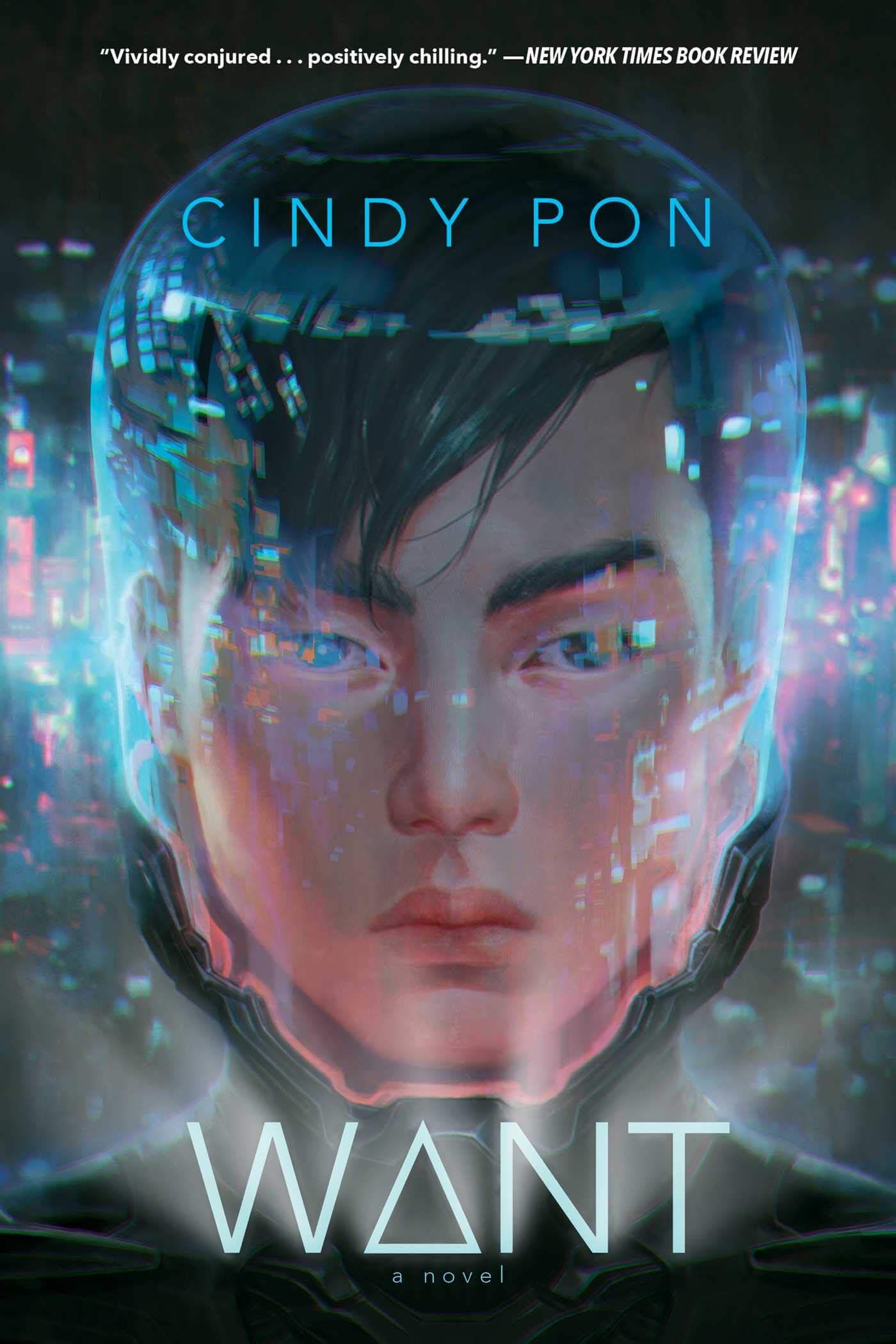 Jason Zhou lives in a world filled with deadly viruses and pollutants where only the wealthy can survive. To navigate this toxic environment, you must wear a special suit that is extremely expensive, and not all residents can afford it. Because Zhou’s mom died due to this way of life, he is determined to take down the Jin Corporation, which is responsible for manufacturing the overpriced protective gear. As he learns more, he uncovers that they may also be responsible for creating the pollution. With lives on the line, Zhou knows that he only has one chance to make things change. 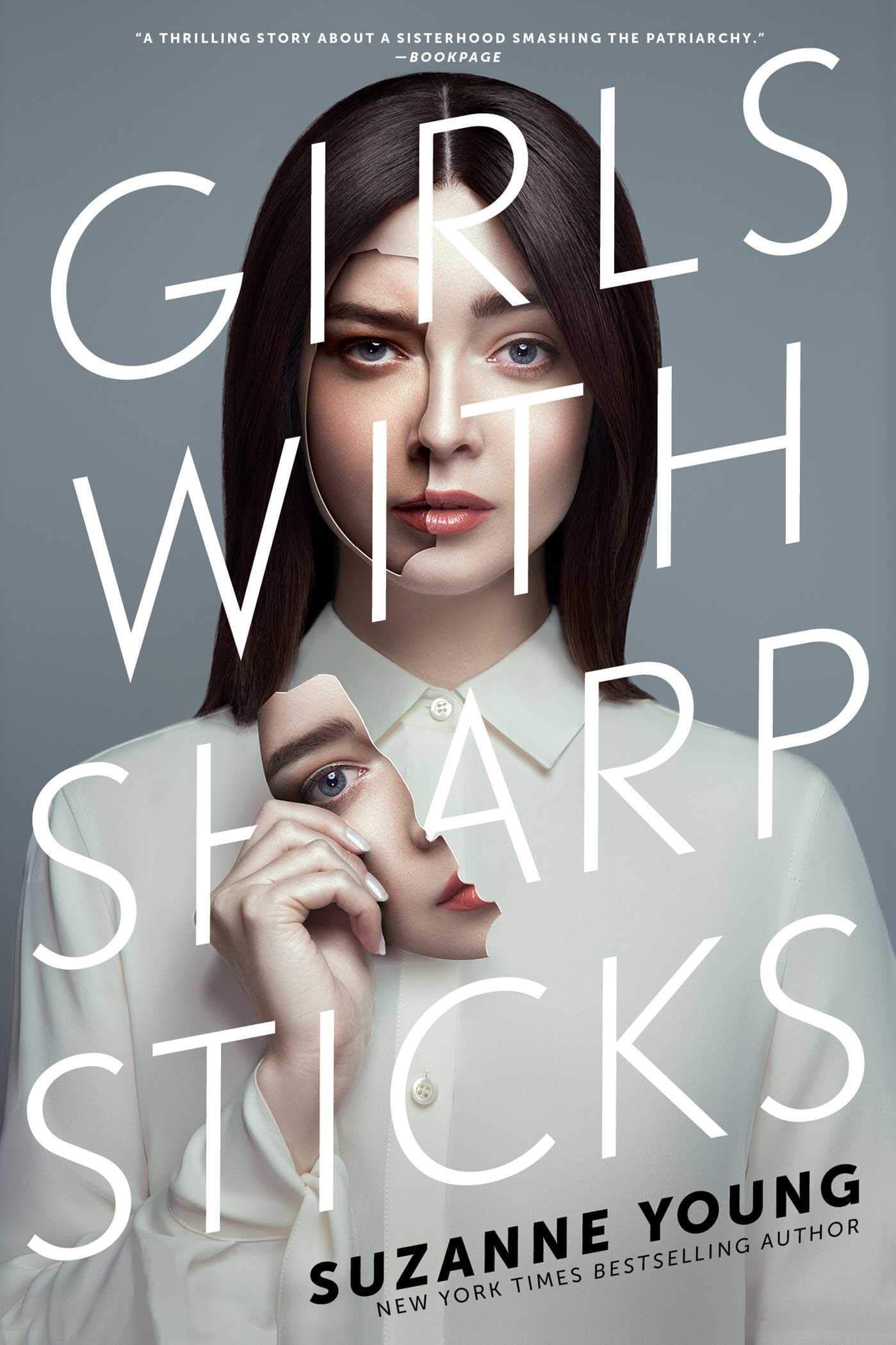 Innovations Academy is well-known for providing an excellent education for all young ladies in attendance. They’re overseen by the school Guardian and take pride in their appearance and manners. Even though it seems picture-perfect from the outside, things aren’t always what they seem. When Mena senses that something sinister is happening behind the scenes and that everything they know about who they are is a lie, she enlists her friends to start a revolt. As the girls fight for the truth, they learn much more than they could’ve ever imagined at the Academy. 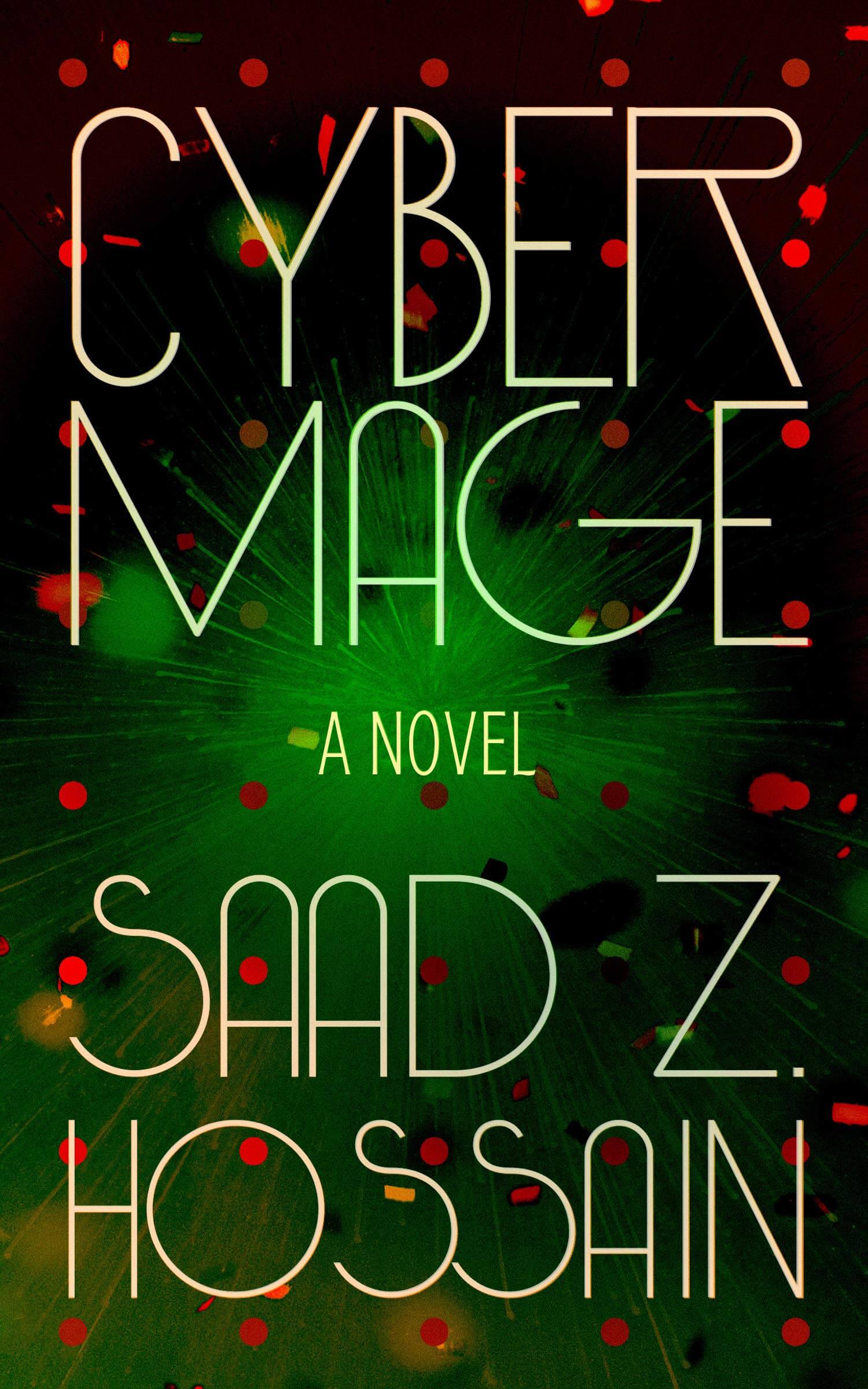 The year is 2089, and the people of Dhaka, Bangladesh, have circumvented a global climate apocalypse by pumping biological nanotech into the air. But with the area already being overpopulated, the millions of people stuck in one place starts to become stifling for those who inhabit the city. Additionally, nanotech has had adverse side effects on some. While a few humans can now survive without food and water, others have experienced organ failure. Djibrel wanders the streets with a machete, determined to stay at any cost. Little does he know he’s being followed, and life as he knows it is unraveling. 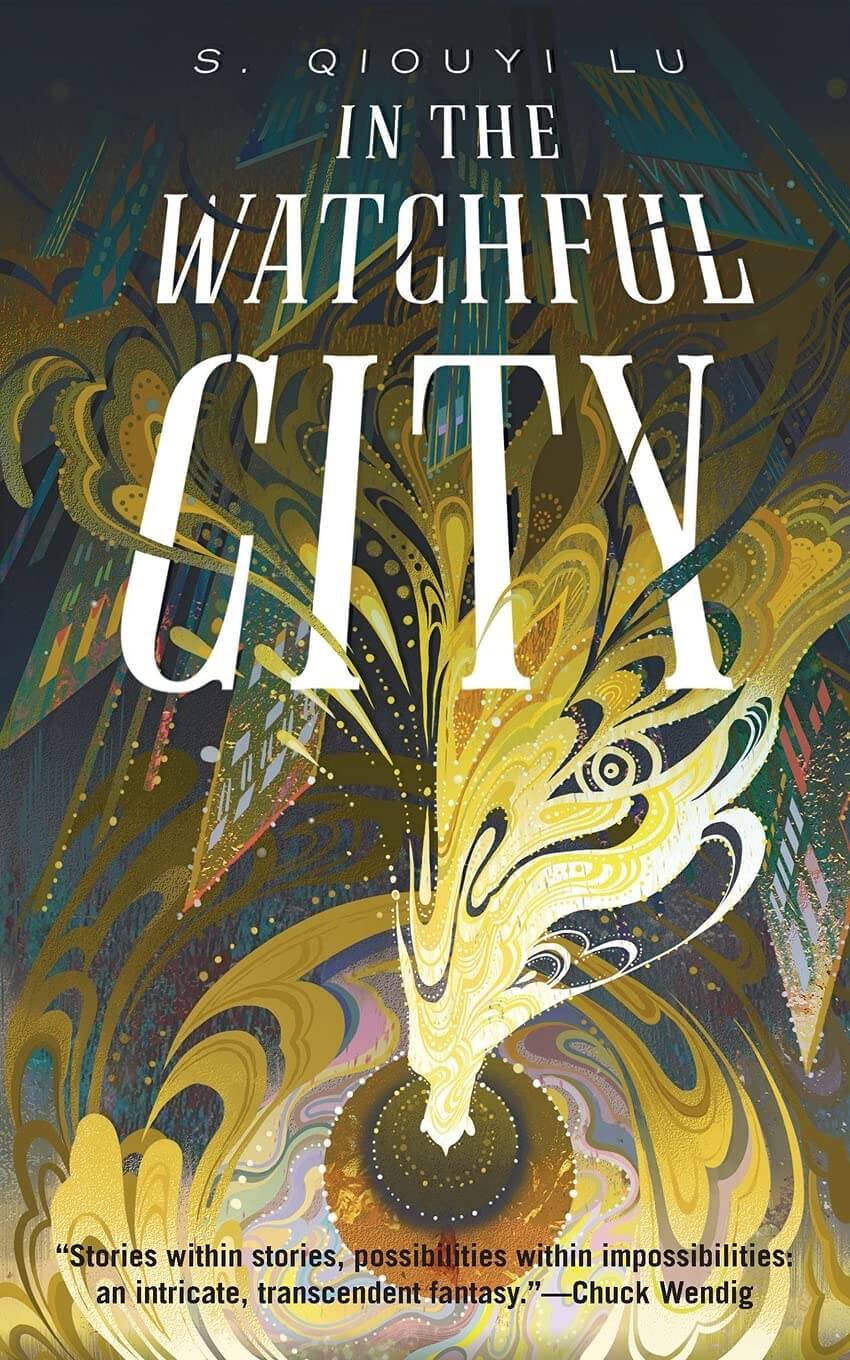 In the Watchful City by S. Qiouyi Lu

Anima is an extrasensory human who is in charge of protecting the people that inhabit the city of Ora. Utilizing a complicated network known as the Gleaming, Anima can keep an eye out for danger and enjoys the responsibility of keeping everyone safe. When a stranger enters the city, Anima approaches with caution and curiosity. This outsider brings intelligence from all over the world and countless stories to tell. As Anima starts to learn more, it becomes clear that there is much more to explore beyond the borders of Ora. But can Anima abandon it all and leave the people unprotected and vulnerable? 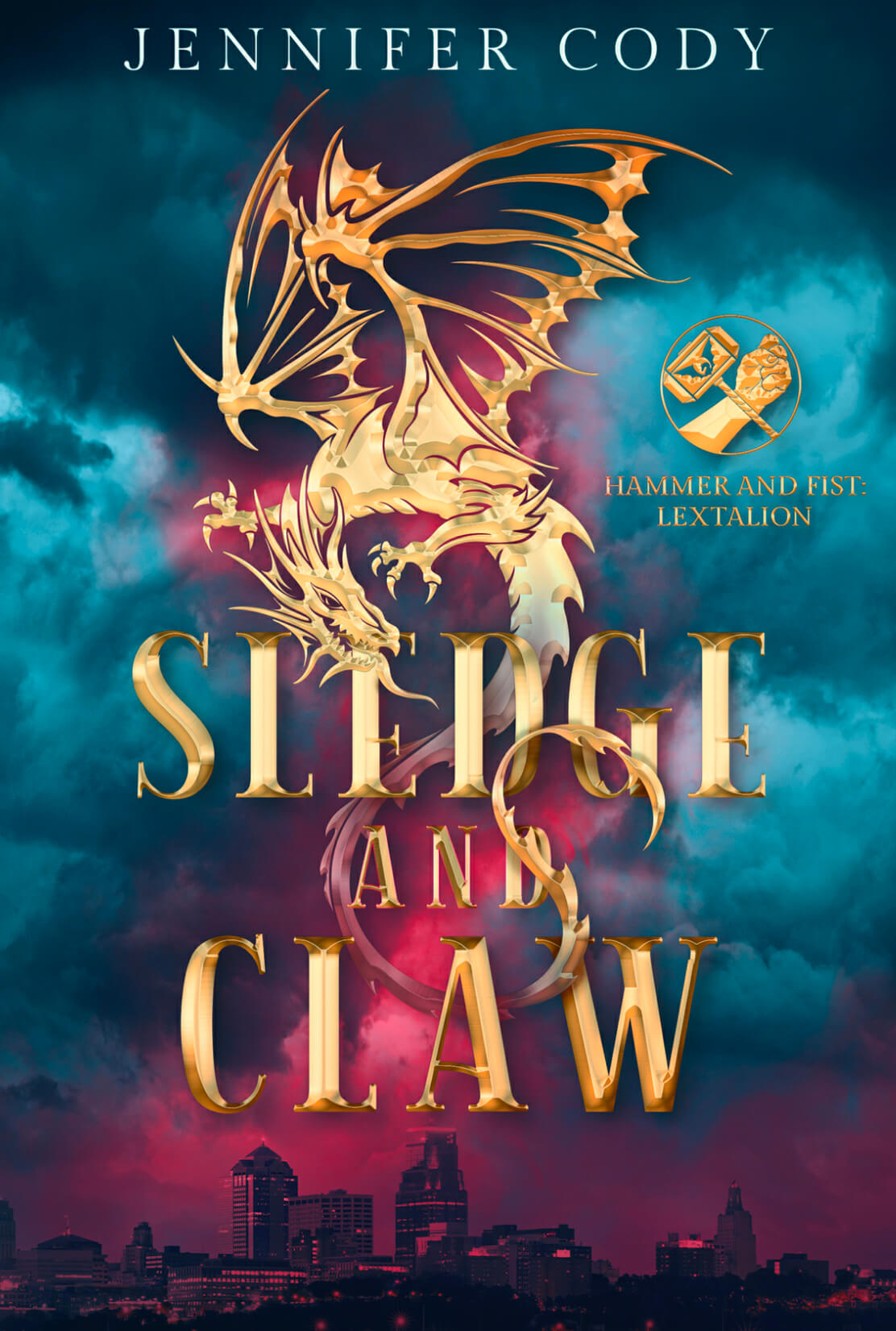 Sledge and Claw by Jennifer Cody

Lex leads a relatively simple life of sleeping, working and engaging in recreational adult activities. However, Lex also has magical powers, which makes life in Knoxville a bit more complicated. With every investigation, Lex is targeted and knows the danger of working hard to uncover who’s behind the trafficking rings that are wreaking havoc worldwide. Besides the fear of being killed every step of the way, Lex has also taken on a trainee who has a hard time grasping the severity of the situation. With so much at stake, Lex knows that the only choice is to keep fighting for humanity. 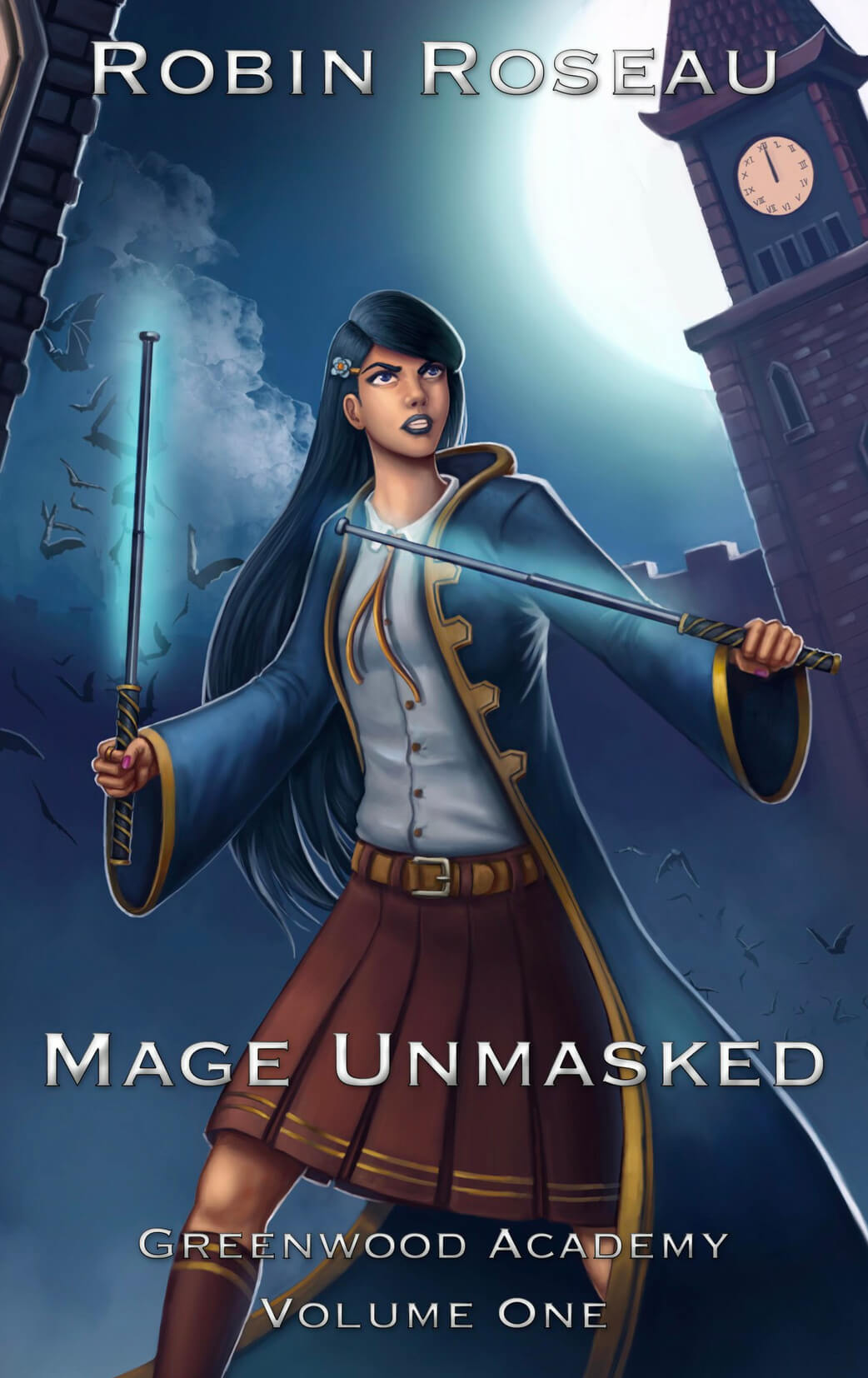 Mia’s night is not going well. As a homeless woman, life is already hard enough without the FBI questioning her about her lifestyle. When she finds herself at the Greenwood Academy for Girls, she becomes aware that her evening is about to take a drastic change. Quickly realizing that the world is full of powerful forces beyond humans and mages, she begins to tap into the magic unfolding right before her very eyes. With witches and werewolves on the prowl, Mia learns that this Academy is about to offer her an education far beyond her wildest dreams…or nightmares. 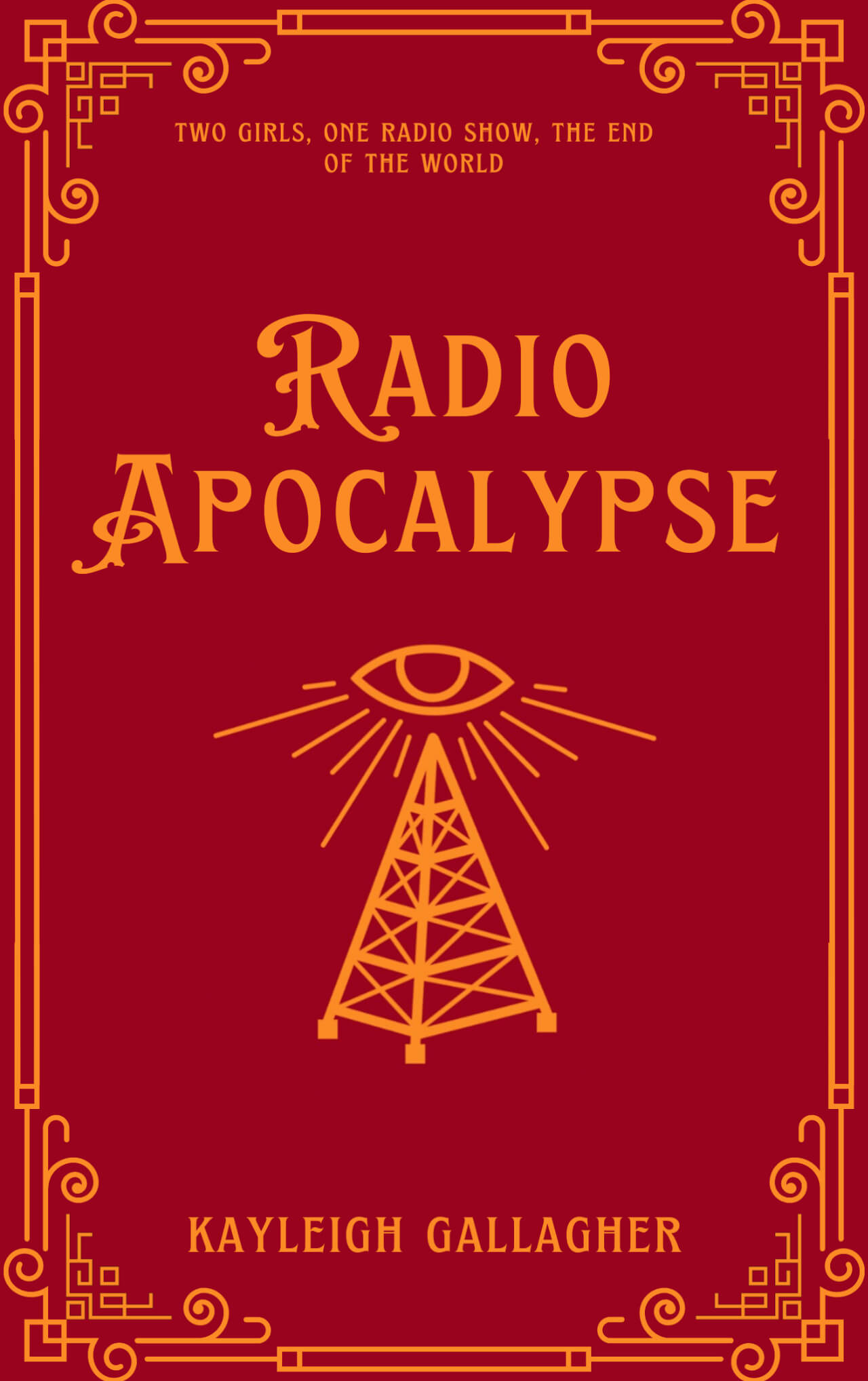 The world ended seven thousand days ago and left only two survivors; they just don’t know that the other exists. Every day, Lota gets on the radio and recites a report, hoping that someone out there is listening. On the other side of the ocean, Rachel struggles to make it through the day, scared and alone. When her crops get ruined by an unexplained disease, she realizes that she has no choice but to leave what’s left of her home. Unsure where to go, Rachel is shocked when she stumbles upon Lota’s broadcast. Determined to connect, these two will stop at nothing to find each other. 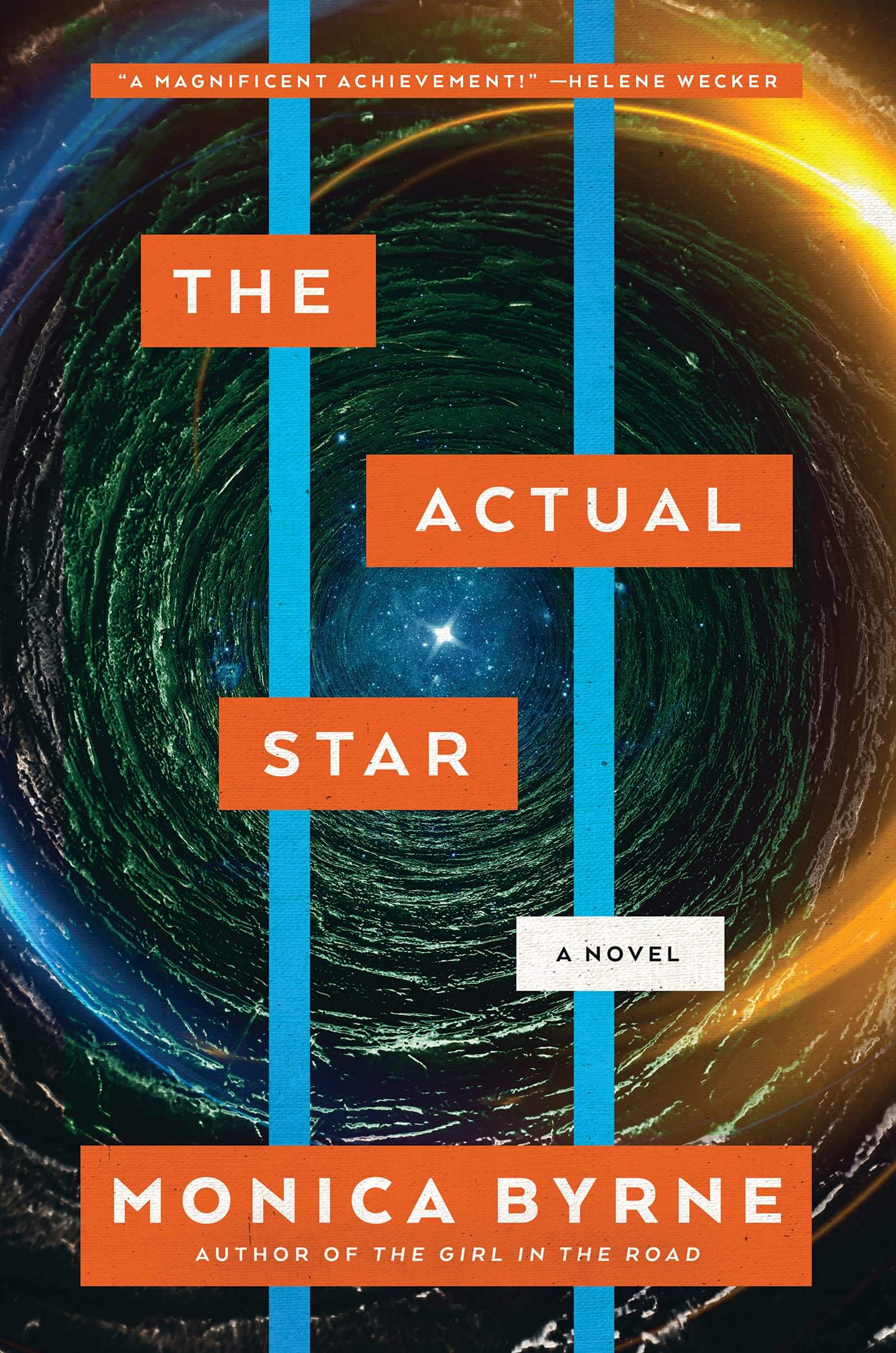 The Actual Star by Monica Byrne

Over the course of one thousand years, five different people experience the mystic power of the Belizean jungle. Throughout this period of time, each person navigates through the ever-changing world and reincarnation of the souls left on Earth. While a pair of teenage twins are experiencing adolescence, an American woman is trying to rediscover herself. At the same time, there are two others trying to re-gain control of a limited population due to climate change. With each individual having their own agenda, will it even be possible for the world to be re-built for the greater good of all humankind?