Books to Read If You Liked Don’t Look Up

Books to Read If You Liked Don’t Look Up

If you liked Don’t Look Up on Netflix, then you’ll love this list of books! Whether you’re into dark comedy, satire, or sci-fi style stories, we’ve got you covered with these picks. These ten titles are full of page-turning suspense that will have you on the edge of your seat, wondering what the future holds for the world and those who inhabit it. 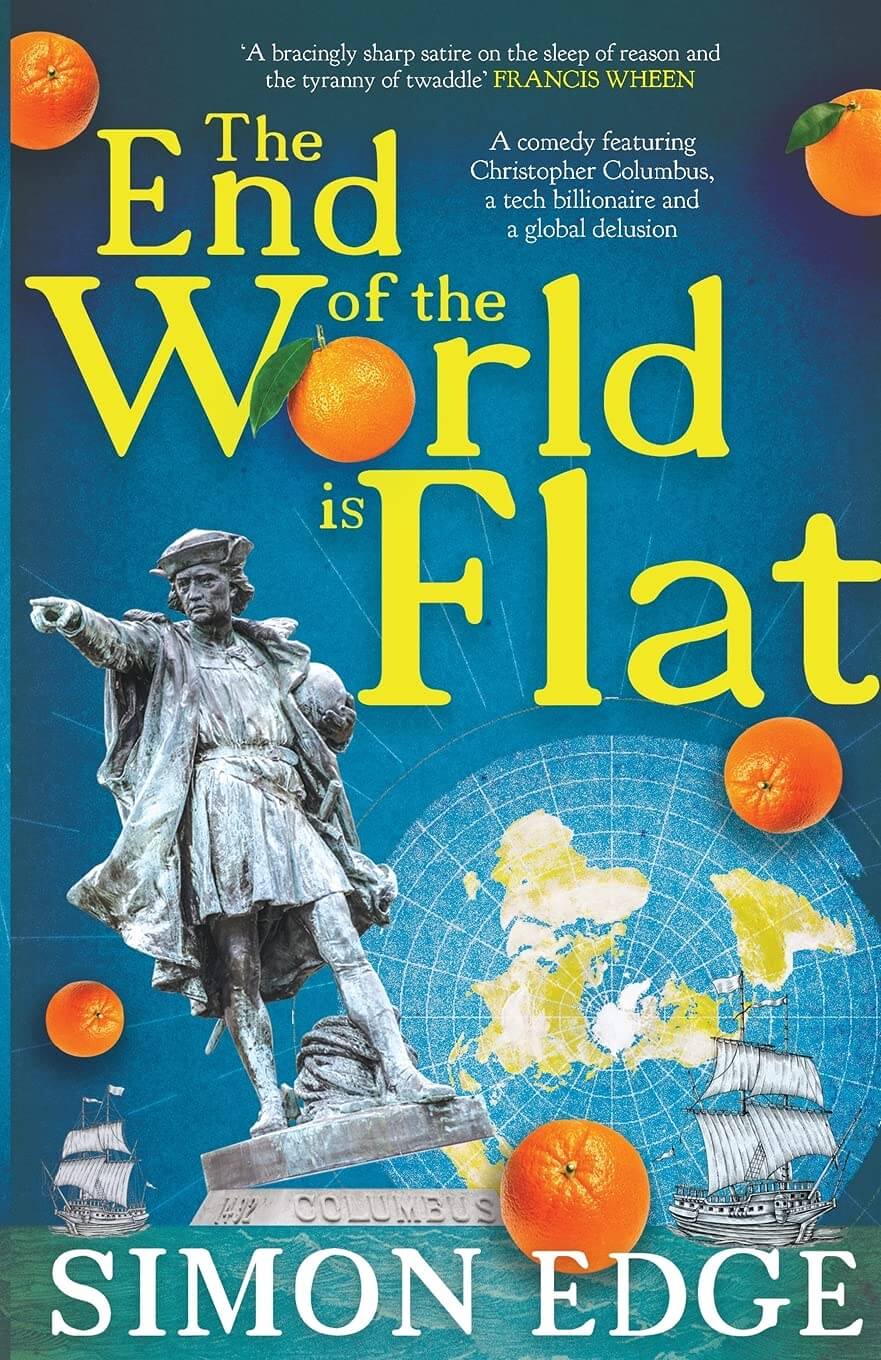 The End of the World is Flat by Simon Edge

Mel Winterbourne has found her niche in running a small mapmaking business. When Joey Talavera, a gorgeous tech billionaire, acquires the company and gives Mel the boot, things take a turn for the worst. He’s got one thing on his agenda, and that is to convince everyone that the world really is flat! Even though the task seems impossible, it doesn’t take long before he starts to convince the free-thinking and anti-government crowd with his rhetoric. Outraged, Mel partners up with a cut-throat journalist to untangle this web of lies before it’s too late and permanent damage is done. 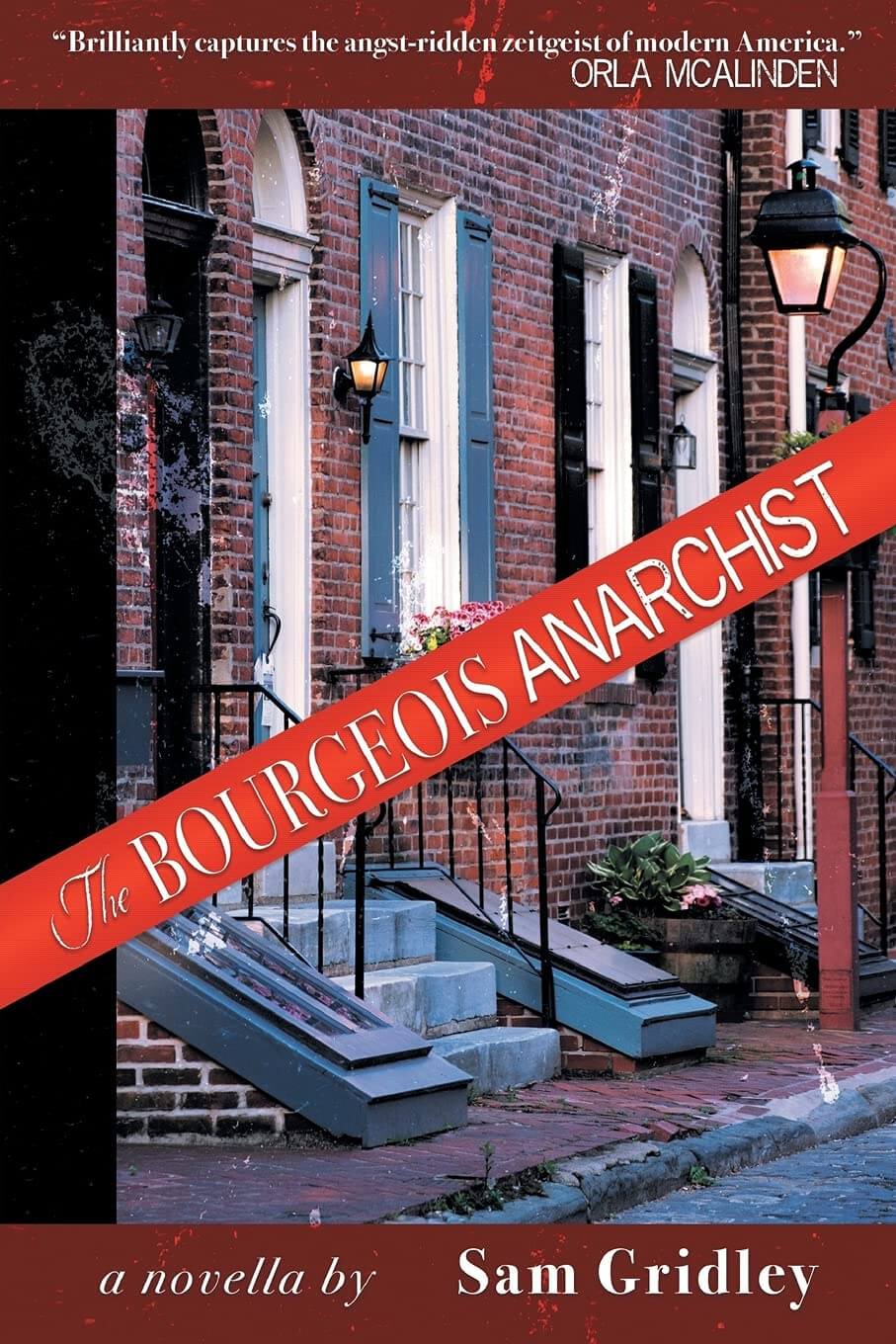 The Bourgeois Anarchist by Sam Gridley

Instead of moving into her own place after graduating college, Susie chose to live in an anarchist commune, and that’s where she stayed for the next twenty years. Now, at sixty-six years old, she lives a comfortable life and teaches at a high-end private school. Even though her apolitical math-loving son calls her the bourgeois anarchist, she’s still committed to fighting the good fight. When she gets injured at a rally and rescued by a female in Antifa gear, the police interrogate Susie, looking for answers. But it’s her son and his unexpected, hilarious point of view that really put things into perspective. 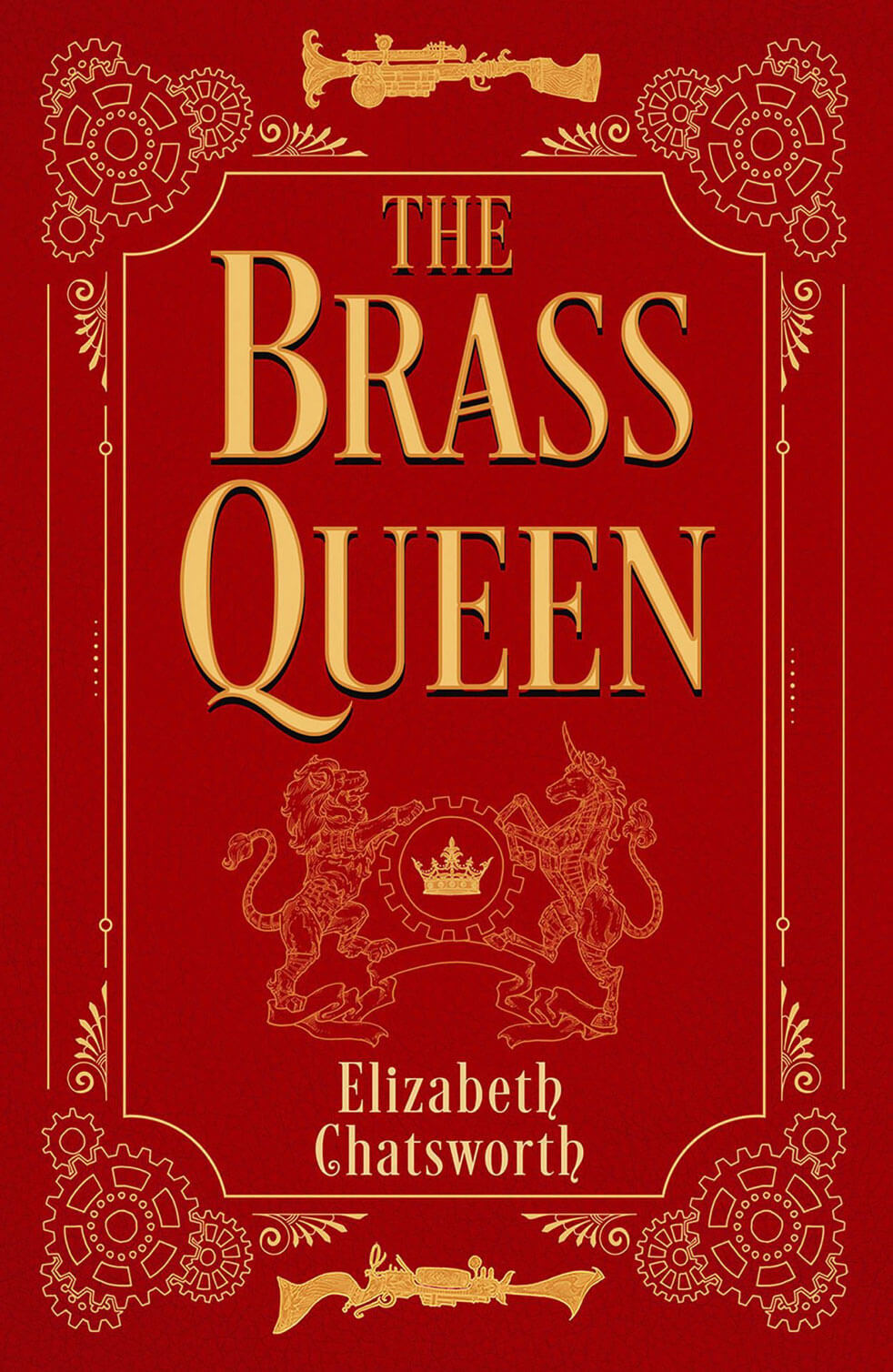 The Brass Queen by Elizabeth Chatsworth

When a fraud and a liar have to work together to lead a global war, the situation is unpredictable at best. Constance is the last one left of the blue-blooded rogues in this steam-powered world. Better known as the “Brass Queen,” she keeps things running by selling firearms under her alias. But when J.F. Trusdale, a U.S. spy, rescues her from assassins, she’s roped into helping look for a scientist that can create an invisibility serum. As these enemies are forced to work together and create an invisible army, they have no choice but to trust each other, or else the world as they know it could be destroyed. 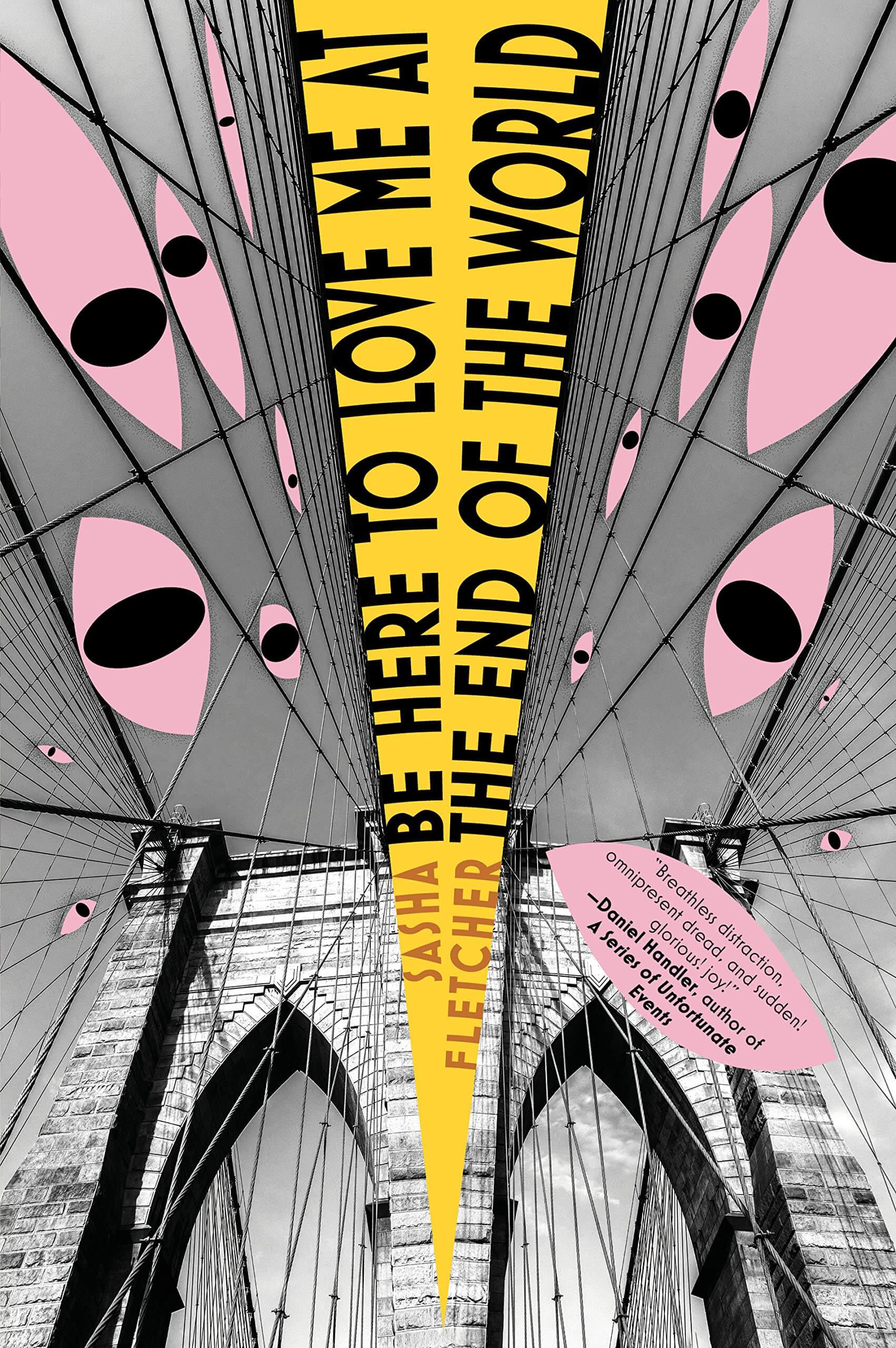 Elanor and Sam are sublimely in love and do their best to keep each other warm in the winter during the cold Brooklyn nights. But America these days is a living nightmare, and this couple is stuck in a bad dream. With underground police, permanent debt, and outstanding bills, they are behind on rent. If only Sam could get just one of his invoices paid, they’d be out of the red. However, a cloud of impending doom looms as they wait for the President to make an announcement that could clear up all of their current worries, but that would also mean a whole new set of fears, including the future of the planet. 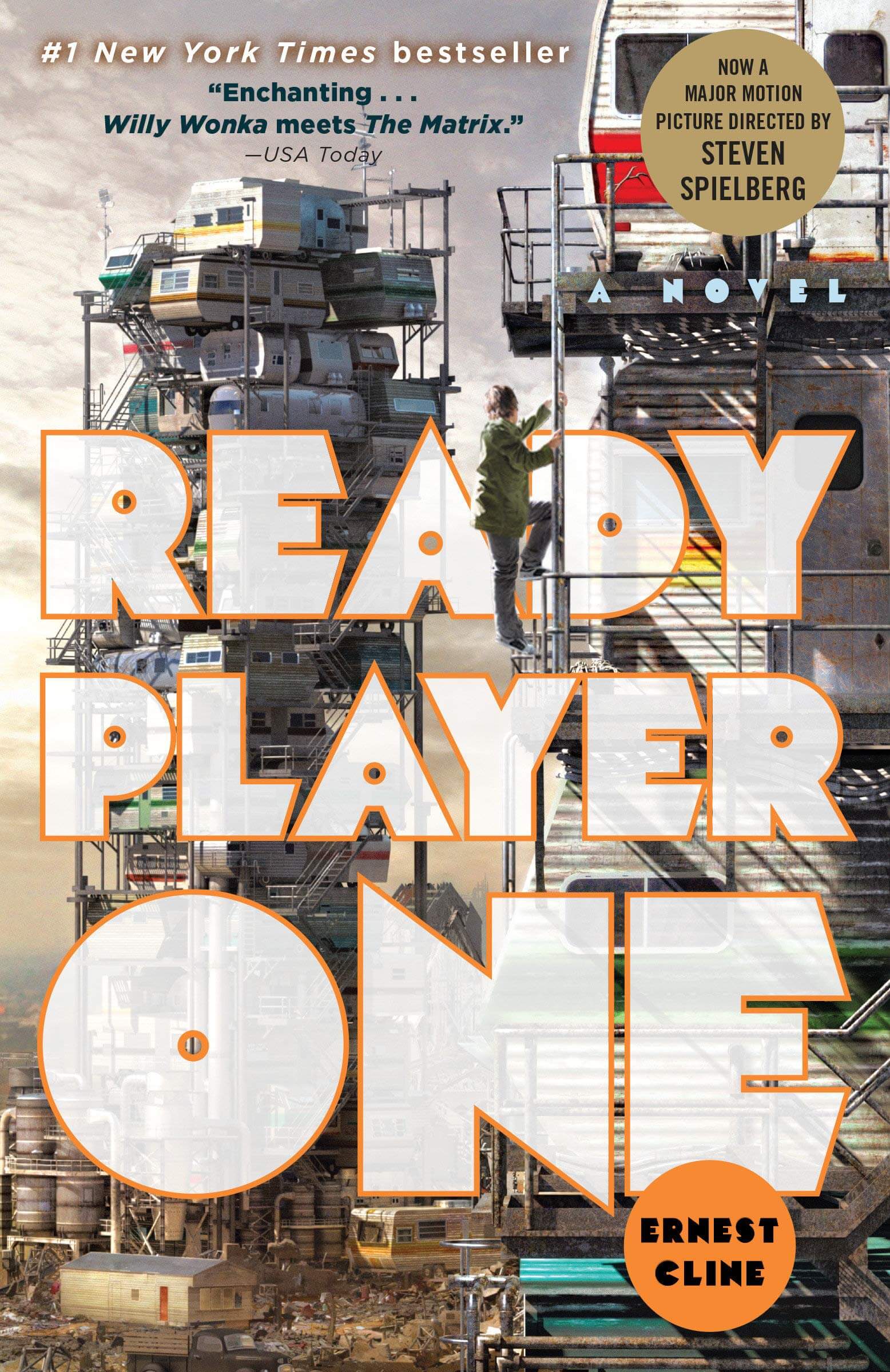 It’s 2045, and the world is a chaotic place that Wade tries to escape any time he can. The only time he feels calm is when he enters the OASIS, a virtual world where humans can temporarily leave reality behind. When the peculiar mastermind of the OASIS passes away, he leaves in his wake a series of puzzles based on the pop culture of years past. The person who solves them first will inherit the OASIS, along with his fortune. Wade is up for the challenge, and when he starts to forge ahead, his competitors get vicious and will do anything to take him out – even if that means removing him permanently. 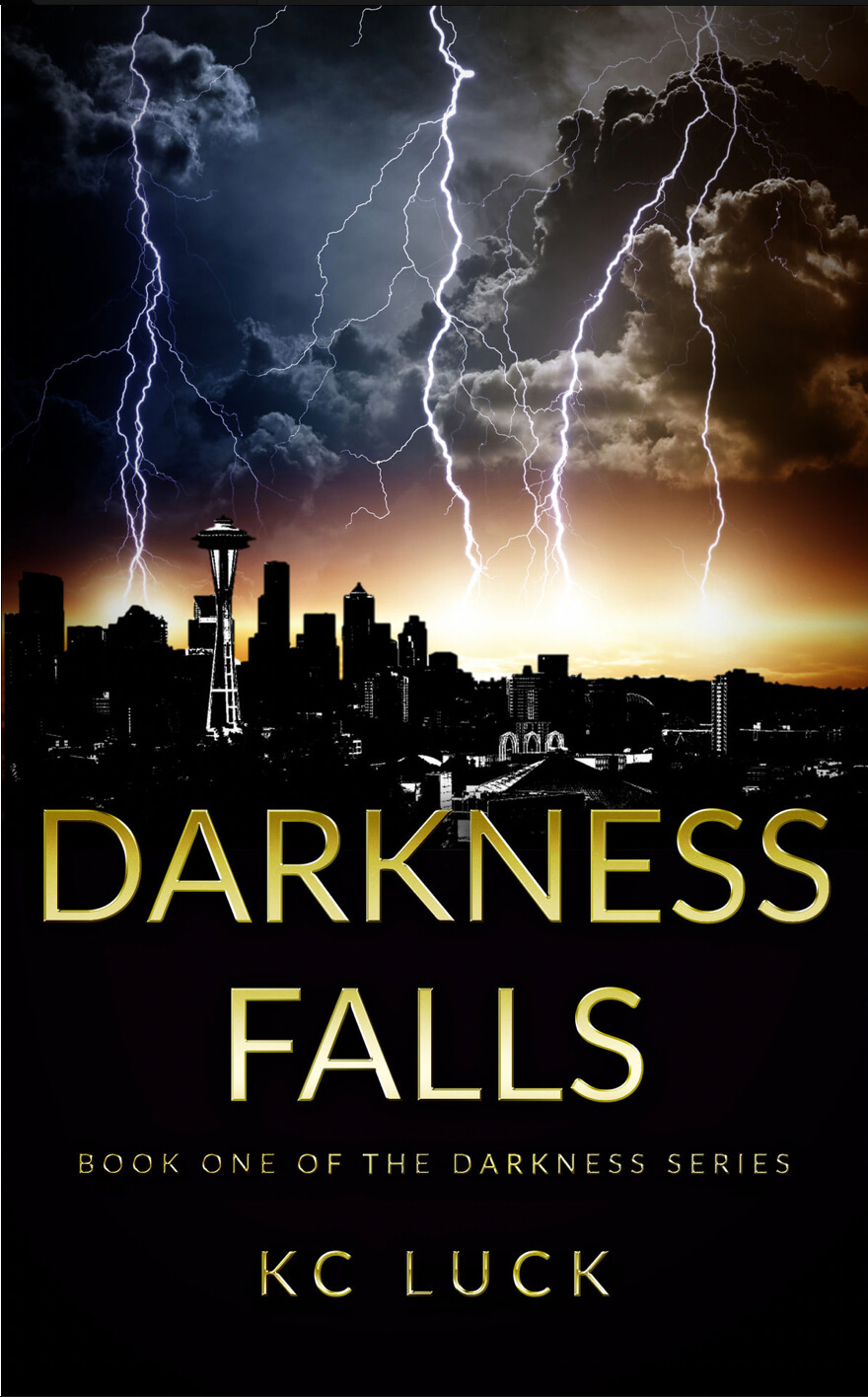 The only thing more complicated than a love triangle is a messy foursome. Jackie is thriving in Seattle as an influential magazine executive and about to celebrate turning forty with an epic party. But when a solar storm lights up the night, it wrecks the party and wipes out the power for the entire planet. As she turns to Taylor for help, she’s forced to fight feelings since she arrived as another woman’s date. Meanwhile, Jacki’s sister Lexi bumps into an old friend, which sends her spiraling. With the threat of an apocalypse, they have no choice but to live like it’s their last night on Earth because it just might be. 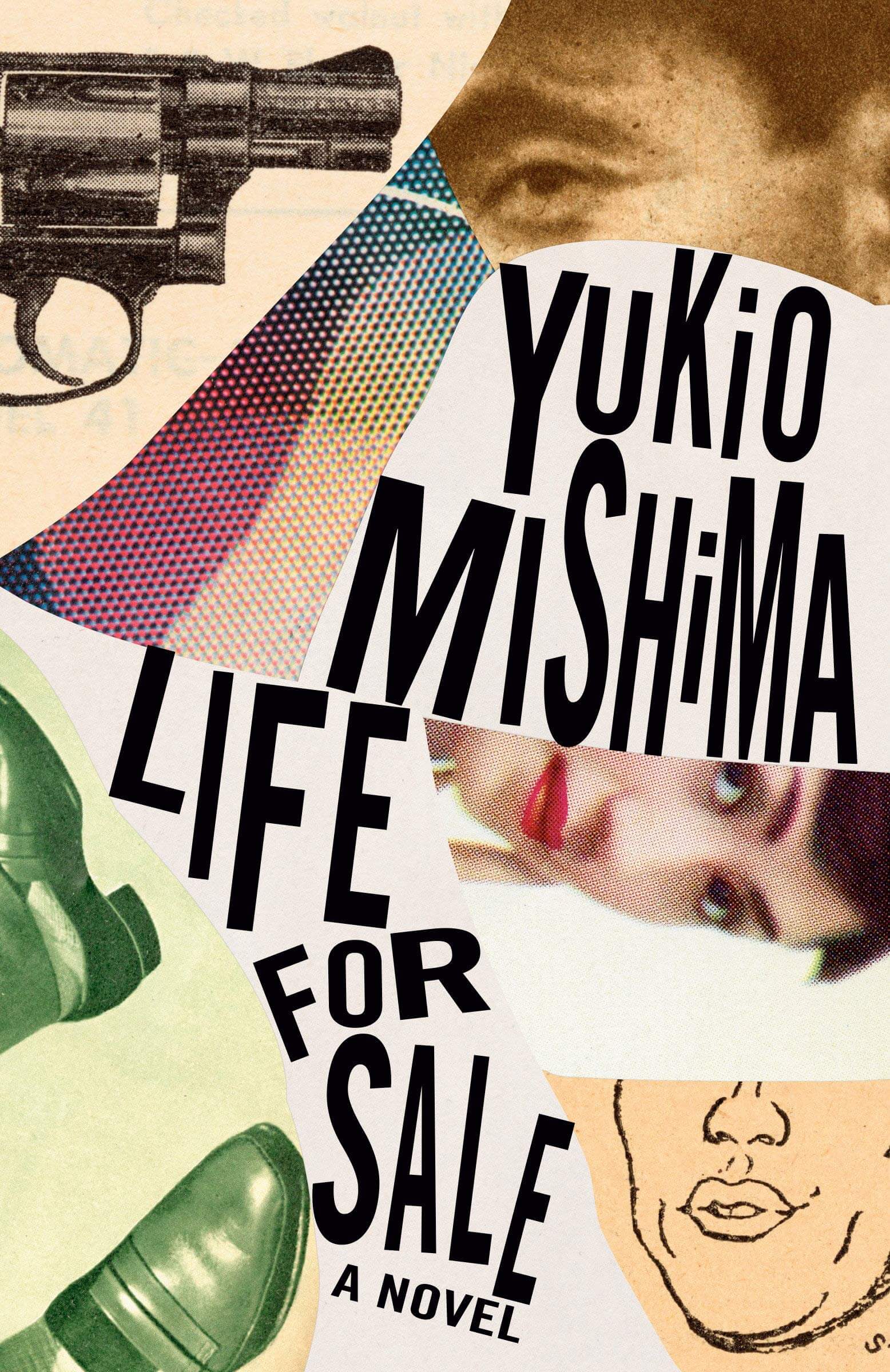 Life for Sale by Yukio Mishima

Hanio Yamada is highly dissatisfied with his life and just wants to end it all. After a failed attempt at suicide, he chooses an unconventional way to depart from this world. He decides to put out an ad in the Tokyo newspaper and offer up his life for a price. This unique sale posting attracts a lot of attention, including an addict heiress, a husband with jealousy issues, and, believe it or not, a vampire. As Hanio gets caught up with these potential buyers, he also finds himself in the middle of a global conspiracy that puts him in hot water. You’ll laugh, you’ll cry, and most of all, you will not want Hanio to die. 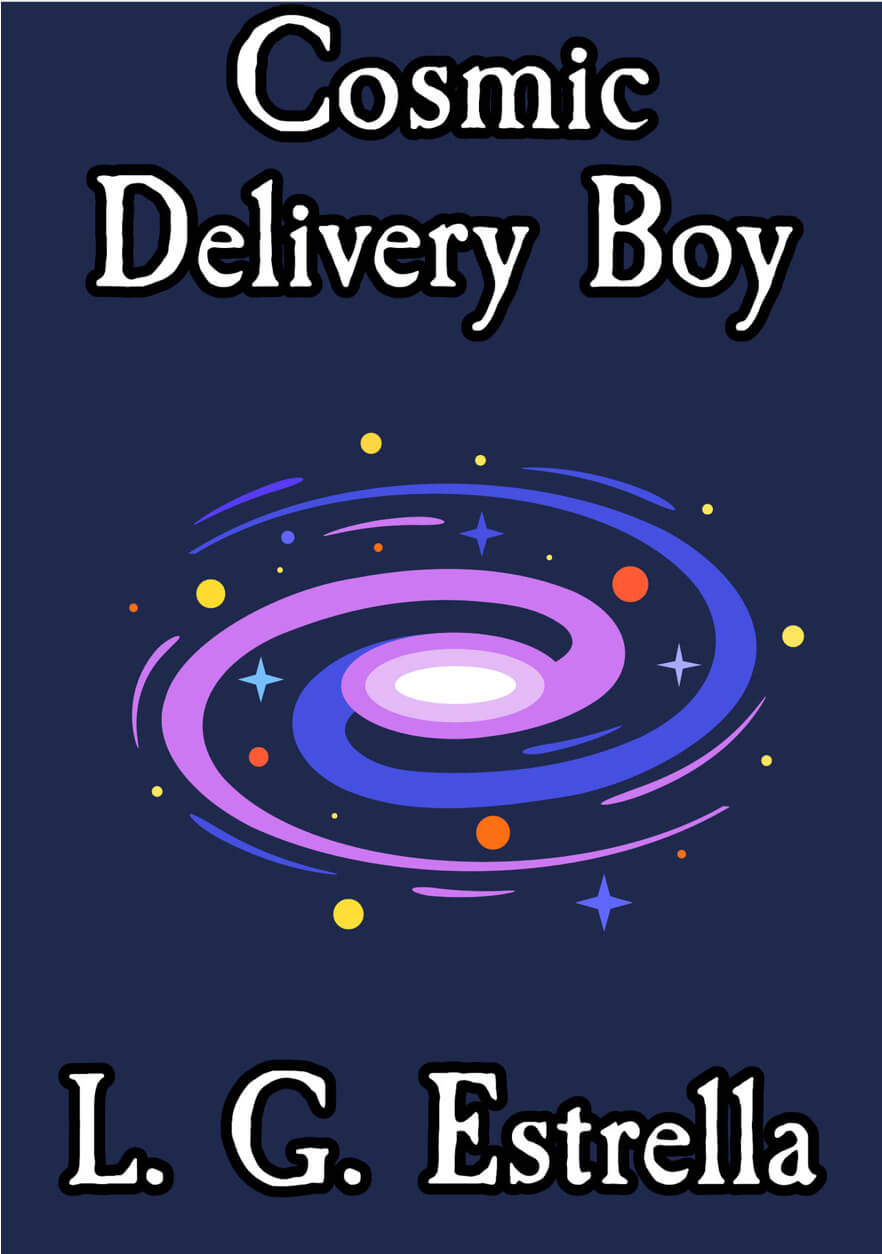 Mr. Edwards couldn’t ask for a better delivery boy than Simon. In fact, he’s the best ever; Simon gets a slew of good reviews and brings food to the customers right on time. Even though he is thriving, it’s not enough money to fill in the gaps for his mom’s medical bills. With his dad working three jobs, Simon feels helpless. However, Mr. Edwards is about to come through with some side work, even if it means delivering to artificial intelligence, enraged tree-people, and even creepy demons. But he’ll do anything to save his mom, even if that means keeping his new job as a cosmic delivery boy a secret. 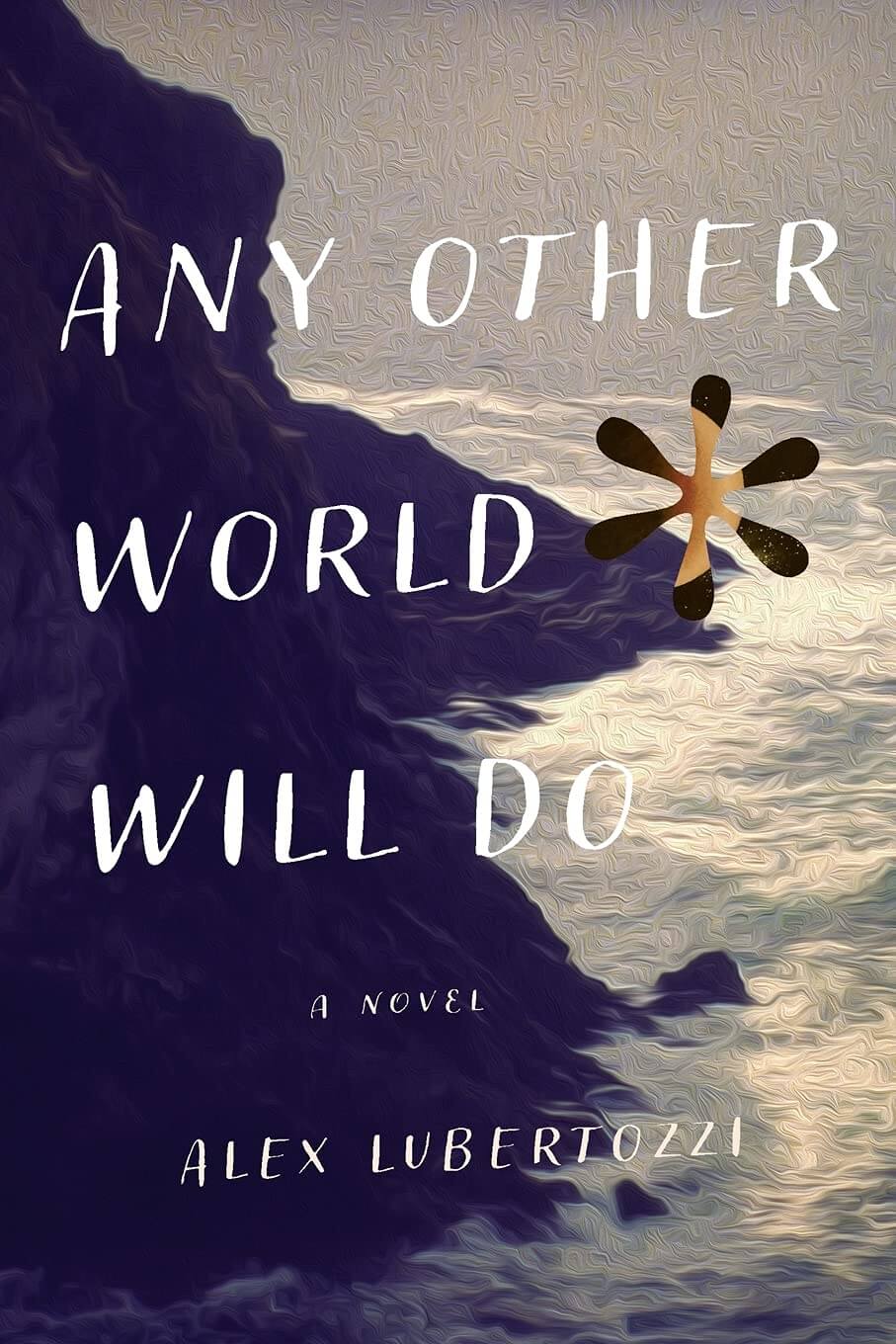 Any Other World Will Do by Alex Lubertozzi

On what appeared to be an otherwise ordinary night ride on the train, Vikram can’t believe his luck when he stumbles across eighteen-year-old Miles. As a runaway, he’s looking for a new life, and Vikram is ready to recruit him. Finding an immediate trust in this man, he becomes immersed in the Barcelona scene, including Anna, the bartending grad student at the Hotel Kashmir. But little do they know that Vikram is not actually human, and Earth isn’t really his home. But both Miles and Anna have already been sucked in, and they run the risk of being taken right out of this world if they can’t escape. 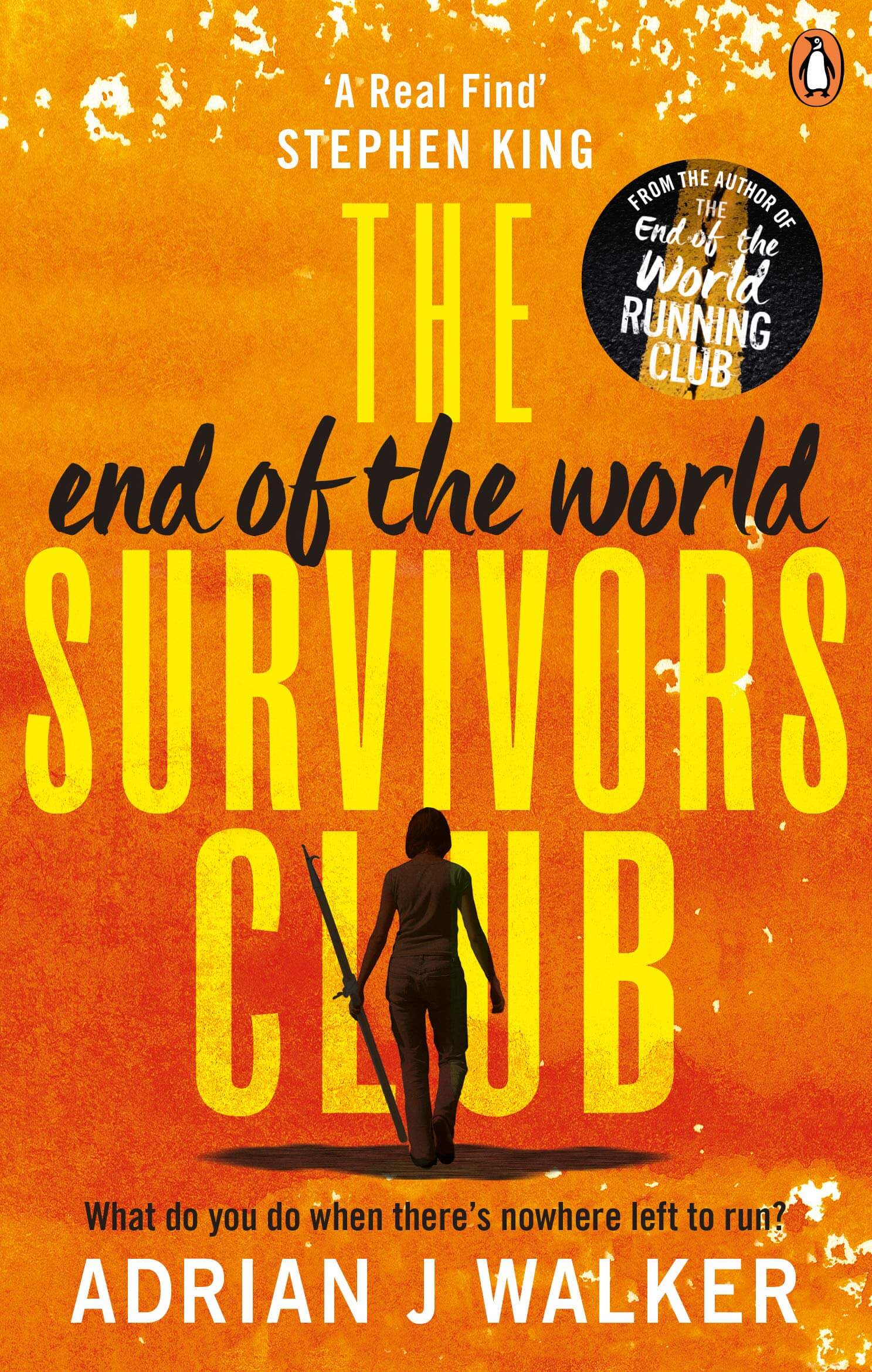 The End of the World Survivors Club by Adrian J. Walker

Edgar Hill is a member of an exclusive group, “The End of The World Running Club.” After the apocalypse, he ran 550 miles to look for his family. However, that was nothing compared to what his wife Beth had to do in order to survive. Making it through the impossible with a toddler and newborn was no small task, but she would do anything for her children and did it by herself. In fact, her husband has never been much help, and she’s ready to take on this new world without him. But when someone kidnaps her kids, there’s no telling what Beth will do this time to reclaim what rightfully belongs to her.