Casting (Book) Club: Things We Do in the Dark by Jennifer Hillier

Casting (Book) Club: Things We Do in the Dark by Jennifer Hillier

If you’re a fan of thrillers, then you already know Jennifer Hillier is one of those authors who delivers every single time. Things We Do in the Dark is no exception and is one of Hillier’s best stories yet! Combining her signature gritty and immersive prose with a plot that is complex and addictive, Jennifer Hillier’s newest release is one that will punch you in the gut all while seducing you with it’s plot. 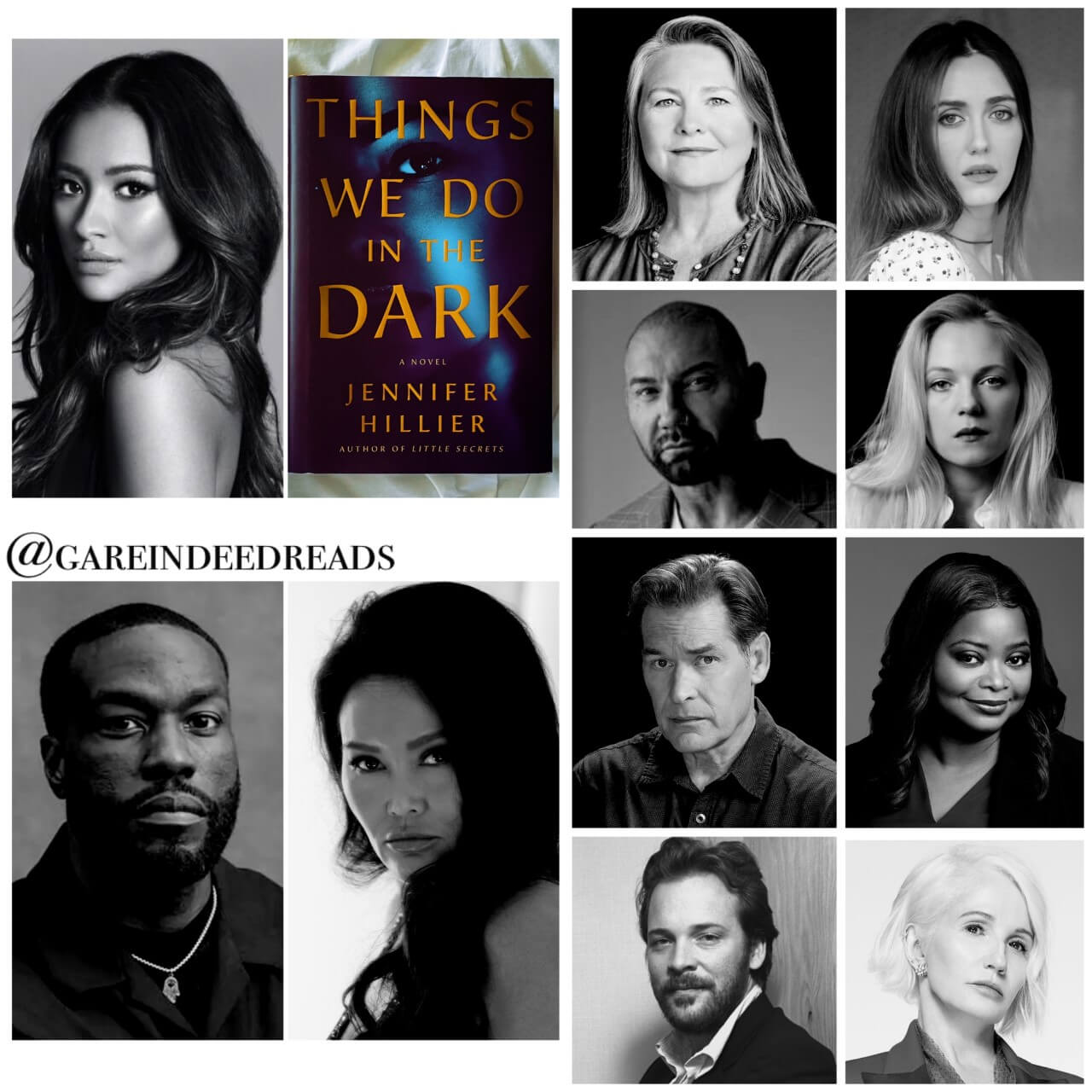 In Things We Do in the Dark, Paris Peralta has just been arrested for the murder of her famous husband. Found covered in blood with a straight razor in her hand, the police believe this crime is a no-brainer. Now a widow and about to be charged with murder, this is the least of Paris’s worries. Paris has worked hard to build the life she has, and with all of the media attention she’s tried so hard to avoid, her past is about to demolish everything she has. In the early nineties, a woman named Ruby Reyes that the media dubbed the Ice Queen was charged with a similar murder. Now, she has been unexpectedly released from prison and she knows everything about Paris’s past. Living up to her nickname, Ruby is threatening to expose all of Paris’s secrets, leaving Paris no choice but to face the demons she thought she left behind a long time ago.

Jennifer Hillier’s Jar of Hearts is one of my favorite thrillers of all time, so when she releases a new story, I am excited beyond control . . . but I’ve also nervous about if it will live up to JOH. Well, Things We Do in the Dark delivered and is tied with JOH as my favorite story of Hillier’s yet! This book is dark, emotional and twisty. Jennifer Hillier does not hold back with her stories, and this one is emotionally disturbing with a plot that will take you in so many different directions. Every character in this book has a reason for being in it and no time is wasted. Even the supporting or “cameo characters” are all part of the story and each one brings something important to the plot.

The imagery and settings really contrast each other beautifully. Some scenes feature a beautiful mansion full of luxurious items, whereas other scenes have grit and grime that add anxiety while reading. This isn’t just a thriller about solving a murder, but a character-driven book that might make you forget there’s a crime to be solved. Combining equal parts murder mystery, character-driven drama, and an eeriness that dares you to keep reading, Jennifer Hillier is at the top of her game.

Between the cinematic imagery, the brilliance of the characters, and a plot that is equally thrilling with a diabolical backstory, this would be a perfect miniseries. I could picture it on HBO Max with a vibe similar to Euphoria in terms of direction and pacing. If this were on the screen, here’s who I would love to see portray this cast:

Paris Peralta – Paris is a young and beautiful Filipina woman; a yoga teacher with a dark past. I needed to stick true to her Filipina roots and also wanted someone who was recognizable and could play a huge range of emotions from coming off cold to emotional to terrified. I immediately thought of Shay Mitchell who is Filipina, drop-dead beautiful, and someone who I think could kill it as Paris due to her work on Pretty Little Liars and You.

Drew Malcolm – Drew is a young Black man who is handsome and the voice behind the podcast Things We Do in the Dark, researching the Ruby Reyes case. Drew’s character is another one with a big range of emotions. I needed someone who could be stoic but also tough, that an audience would fall in love with. When I was reading this story, Drew reminded me of Anthony McCoy from the 2021 Candyman movie, so it was only fitting that as I continued to read this one, I could not picture anyone other than Yahya Abdul-Maheen II.

Elsie Dixon – Elsie is Jimmy’s friend and lawyer. She is tough-as-nails, kind at times, and someone who can equally go along with the plot twists with the reader. I loved Cherry Jones in Defending Jacob and The Handmaid’s Tale and could see her doing a brilliant job bringing Elsie to life.

Zoe Moffatt – Zoe is Jimmy’s assistant who is mousy and suspicious. I wanted someone in this role who could be pretty or plain, yet still someone you wanted to keep in your radar as a suspect. I’d love to see Madeline Zima play her; I find Madeline to be beautiful, but with the right makeup and hair, she could portray a plain Jane and deliver an exceptional performance for this character.

Chaz – Chaz is a handsome, bald, muscular bouncer at a strip club. I wanted someone who was a little less intimidating than Vin Diesel, but someone you would want to trust and feel protected by. I think Dave Bautista would be great at this role that is smaller and yet still important to the plot.

Jimmy Peralta – Jimmy is a central character who pops up through memories from Paris, as this character’s murder is the catalyst in the plot. Jimmy is a lot older than Paris, yet he is handsome and charming. When I read the description for Jimmy and pictured a charming man who is older, I wanted a recognizable face that could be convincing and handsome enough to have a beautiful wife like Paris. I instantly thought of James Remar, especially his character on Sex and the City.

Dr. Deborah Jackson – Deborah is a woman who was a social worker with a heart of gold. She was probably the kindest character in this story. When I thought of actresses who could be comforting, trustworthy and protective, I immediately thought of Octavia Spencer.

Charles Baxter – Charles was convicted of murdering Ruby. He has many sides to his personality, so I wanted someone who could be charming and sinister at the same time depending on how the reader saw him. For this role, I thought Peter Sarsgaard would be perfect: he can be both charming with the ability to play a villainous role.

Cherry – Cherry is a firecracker of a woman who works at the Golden Cherry, a strip club. She is tough, someone who has really seen it all and would be surprised by little. For such a small character with an important role, I wanted someone who is recognizable for a cameo like this character. I quickly thought of no one other than Ellen Barkin who could portray Cherry effortlessly, even with minimal screentime.

Ruby Reyes – Ruby Reyes is a Filipina woman, called the Ice Queen by the media after she murdered her lover 25 years ago. Tia Carrere is not only Filipina, but her villainous role in True Lies made me immediately think she would be the perfect Ruby and there’s no one else I could see playing this role so perfectly.