9/20/22 seemed like an ordinary day. I worked, connected with a friend to work on a project, and ate Subway for dinner. Then came the email: YOU’RE INVITED.

Now this may seem ominous, but when I opened the email, I realized this invite from my friends at BookSparks as well as Netflix asking me if I wanted to go to the premiere of Luckiest Girl Alive in New York City! I was flabbergasted. Memories flooded back to 2015 when I read this novel by Jessica Knoll and how since then, it’s been one of the best books I’ve read to this day. And here I was, being invited to the film adaptation I’ve been anxiously awaiting since it announced.

I drove four hours and took a three hour train ride into the city, checked into my hotel, and grabbed a NY slice from Joe’s Pizza, and headed back to the hotel to get ready. I was so nervous! 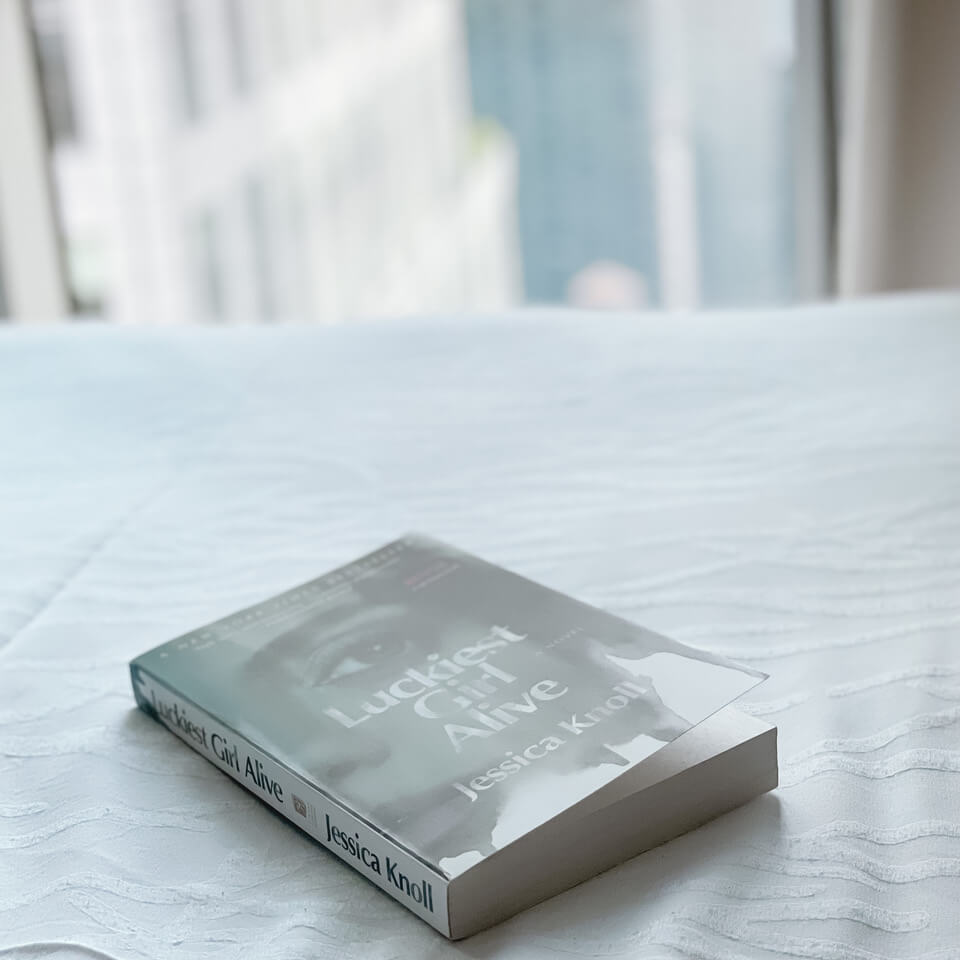 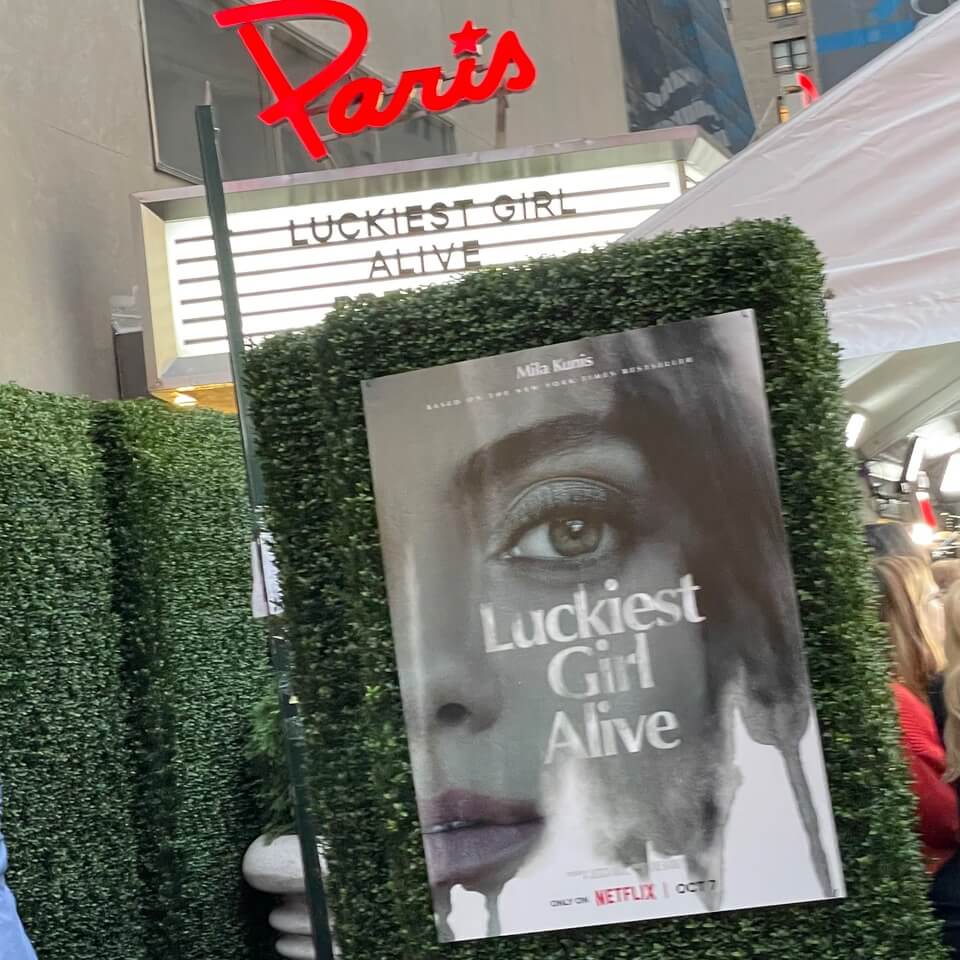 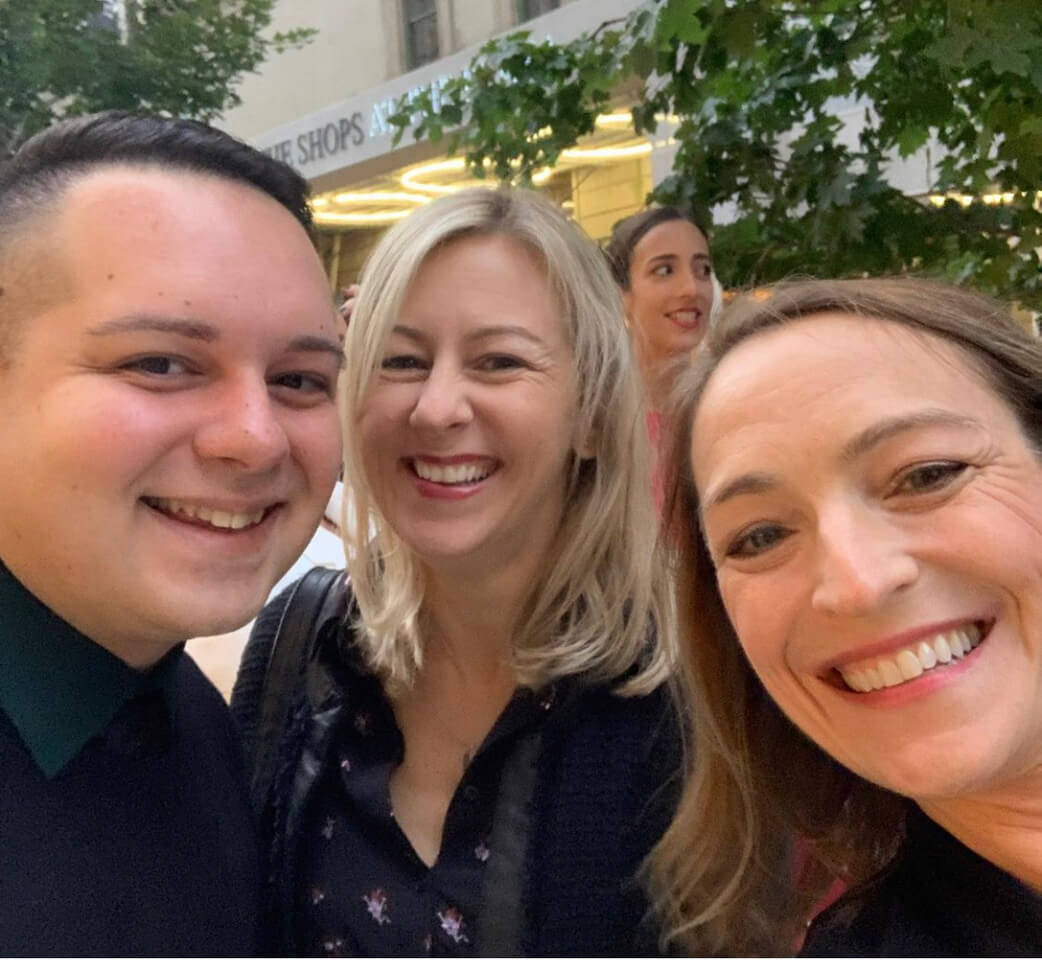 Once we arrived at the Paris Theater, the line was down the entire block. Luckily, we got to skip most of the line and I checked in with BookSparks, got my tickets, and snapped a few pics before security told me to keep it moving. Although, I was lucky to get a selfie with authors Tessa Wegert and Wendy Walker! I had major butterflies once the popcorn and bottled water was in my hand and I was in my seat waiting for the lights to go down. Yes, I’m picky with adaptations but also, this is one of my favorite books of all time. What if the opening was different? What if it didn’t have that guttural punch the novel did? Well, I knew the audience and I were in good hands as Knoll herself penned the screenplay. The film did not disappoint whatsoever. 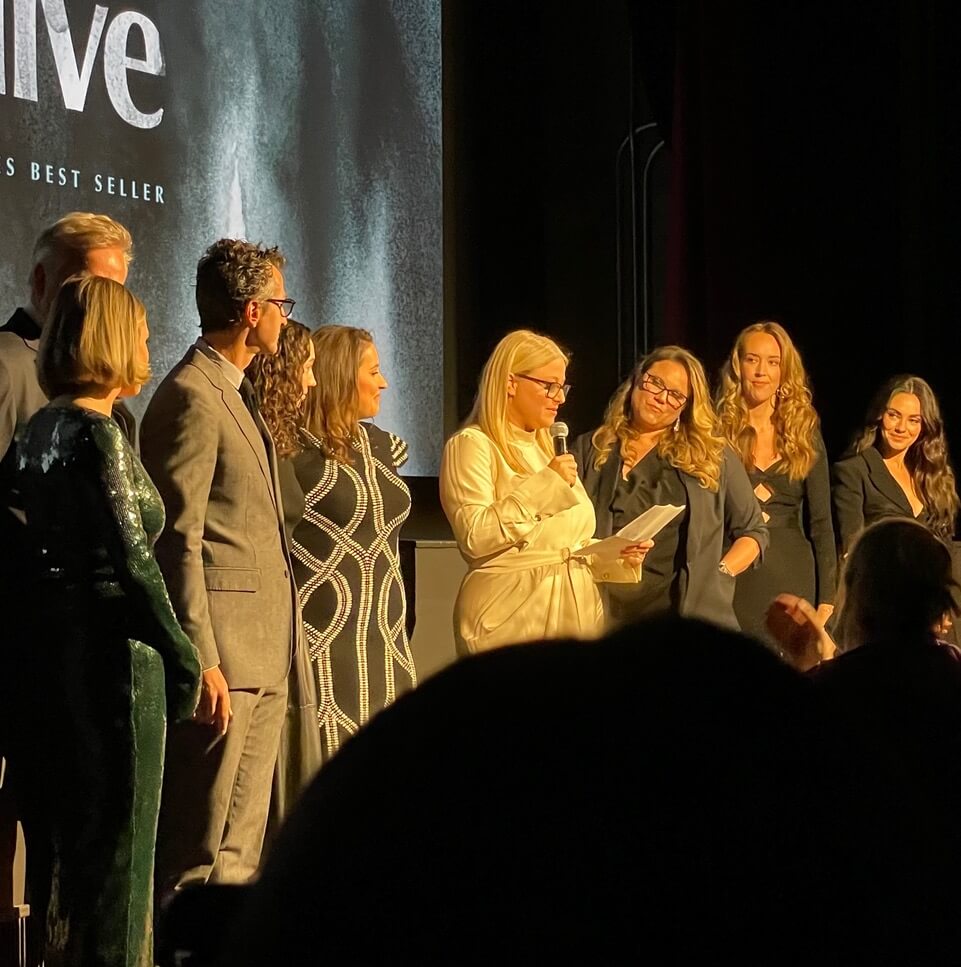 Before the movie started, a group of people walked out in front of the audience. I gasped. JESSICA KNOLL! MILA KUNIS! Producer Bruna Papandrea – founder of Made Up Stories – talked about the experience making this film, why it was important to tell this story, and gave this amazing speech about the talents behind the whole cast and crew that just amped up my excitement to see the movie even more. It was so nice to see people behind telling a story that they found impactful and truly believed in. You could see the passion behind this project and I was on pins and needles.

Then, the movie started. 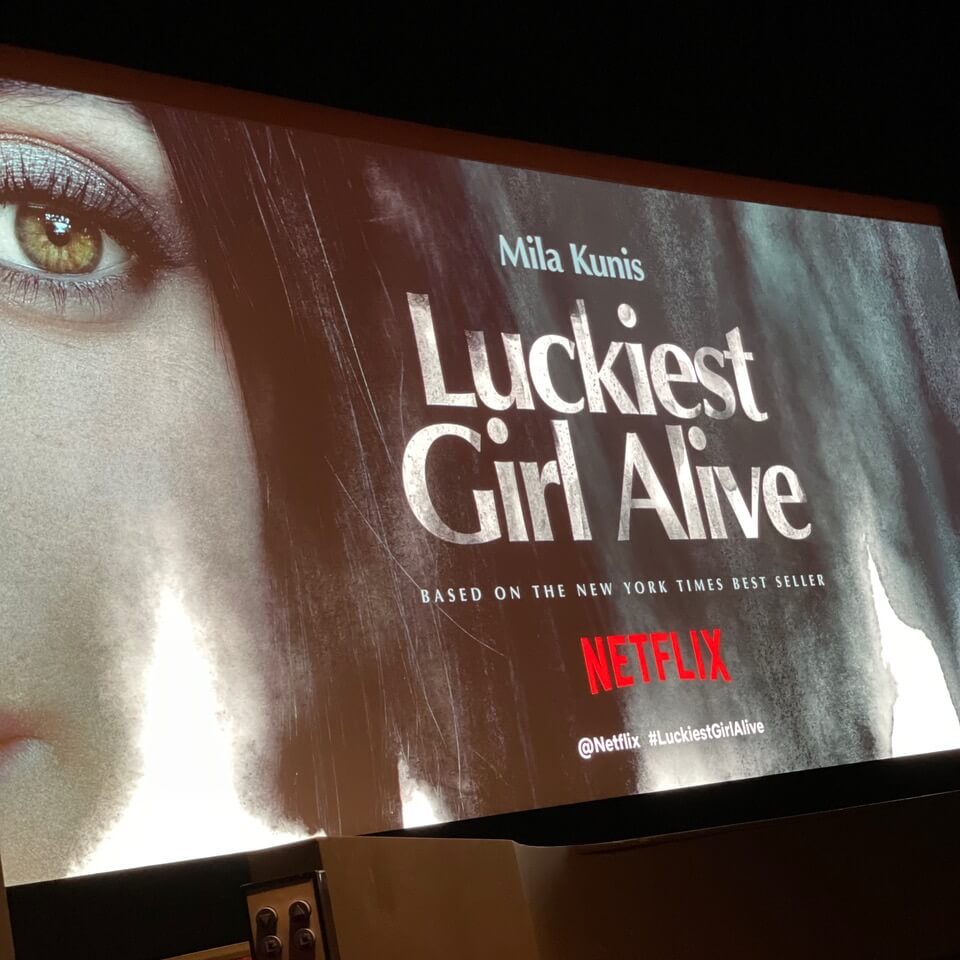 The famous (in my mind) introduction to Ani FaNelli began and it was exactly how I had pictured it in the book. I was stunned. Adapting a novel into a screenplay is tricky, so I am glad this task was in Knoll’s hands because her screenplay nailed everything I loved so much about the novel. The audience was loving this movie as well. There were a ton of laughs, gasps, and moments of eerie silence when people were starting to put the pieces to this puzzle together. Jessica Knoll wrote one hell of a book and she adapted that into a cinematic masterpiece of a screenplay. Her talent truly is in a class of its own.

What about the cast? Mila Kunis embodied this character brilliantly. Even in the first few minutes, I was blown away. No one else could’ve done what Kunis did with this character. This whole cast was exceptionally chosen. Mila Kunis and Chiara Aurelia stood out in award-winning performances playing our lead character and other standouts included Finn Wittrock, Jennifer Beals, Justine Lupe, and the magnificent Connie Britton. All of these actors played their roles in incredible fashion.

Mike Barker did a sensational job directing this screenplay. The cinematography in this film is an experience all in its own. Every single scene had such remarkable camera tricks and beautiful shots that each one could have been a movie still. The contrast between the glossy shots of Ani’s life and the grey and cold hue in her high school days were a game changer for me.

Now, there were some differences in the novel and the movie that I felt actually worked really well for an adaptation. For spoiler reasons, I will leave these out but for pacing and storytelling, I loved how Knoll turned this one into a screenplay and I will say, this movie is full of emotion. You’ll laugh, you’ll cry, you’ll gasp, and you’ll be clapping by the amazing finale. The ending to the film was an incredible finale and one that really wrapped up the story marvelously. Also, there’s one final classic Ani line right before the credits roll.

I am so grateful for this experience and I couldn’t have dreamed of a better movie to see for my first movie premiere. Thank you so much to BookSparks and Netflix for this opportunity and to the entire cast and crew of Luckiest Girl Alive for putting your all into what is now one of my favorite films of all time and without a doubt, one of the best adaptations I have ever seen. And lastly to Jessica Knoll, thank you for this story, for Ani, and for being the kind of storyteller that makes me passionate about reading.