What’s on the top of the must-read list for #1 New York Times bestselling author of Something Borrowed, Where We Belong, and The One & Only? Read on for just a handful of the titles that Emily Giffin considers her all-time favorites. 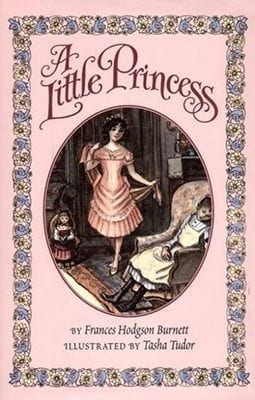 “This was my mother’s favorite book growing up, and so she named my sister and me after Princess Sara and her doll, Emily. The magical ending never fails to make me cry, and I still feel like my former five-year-old self whenever I enter that world.” – Emily Giffin

In this charming piece of fiction, first published nearly a century ago, the young heroine, Sara Crewe, falls upon hard times at an English boarding school when her father suddenly dies. Left penniless and at the mercy of a vindictive headmistress, Sara manages to maintain her optimistic outlook and usual goodness, qualities that do not go unnoticed by a mysterious benefactor who eventually transforms her life. 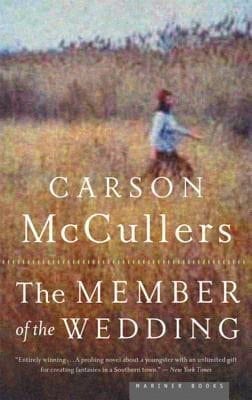 The Member of the Wedding by Carson McCullers

“I was in the eighth grade when I read it, and Frankie made me feel as if I weren’t the only one who felt alone and wanting to be a part of something larger.” – Emily Giffin

Twelve-year-old Frankie is utterly, hopelessly bored with life until she hears about her older brother’s wedding. Bolstered by lively conversations with her house servant, Berenice, and her six-year-old male cousin, Frankie takes on an overly active role in the wedding, hoping even to go, uninvited, on the honeymoon, so deep is her desire to be the member of something larger, more accepting than herself. 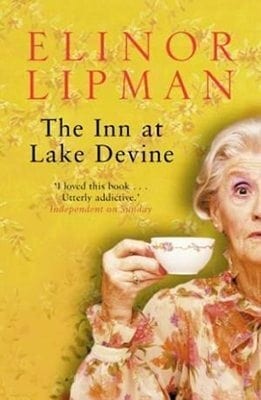 The Inn at Lake Devine by Elinor Lipman

“A punchy little gem of a romantic comedy of manners that I read while finding the courage to leave the law. Lipman is brilliant with dialogue and characters, and has been an inspiration to me from the beginning.” – Emily Giffin

It’s 1962 and all across America, barriers are collapsing. But when Natalie Marx’s mother inquires about summer accommodations in Vermont, she gets the following reply: The Inn at Lake Devine is a family-owned resort, which has been in continuous operation since 1922. Our guests who feel most comfortable here, and return year after year, are Gentiles. For twelve-year-old Natalie, who has a stubborn sense of justice, the words are not a rebuff but an infuriating, irresistible challenge.

In this beguiling novel, Elinor Lipman charts her heroine’s fixation with a small bastion of genteel anti-Semitism, a fixation that will have wildly unexpected consequences on her romantic life. As Natalie tries to enter the world that has excluded her, The Inn at Lake Devine becomes a delightful and provocative romantic comedy full of sparkling social mischief. 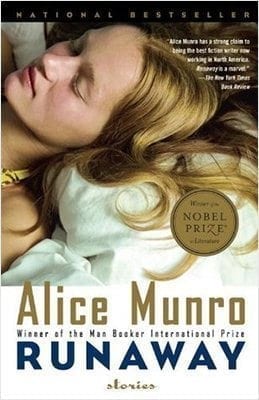 “As far as I’m concerned, Alice Munro is the best writer alive today (and better than most of the famous dead ones too!) and this is her most superb collection of stories. I marvel at her ability to create the deepest empathy for her characters and depict betrayal, love and friendship.” – Emily Giffin

Runaway is a collection of  stories about love, betrayals, and surprises, from the title story about a young woman who, though she thinks she wants to, is incapable of leaving her husband, to three stories about a woman named Juliet and the emotions that complicate the luster of her intimate relationships. 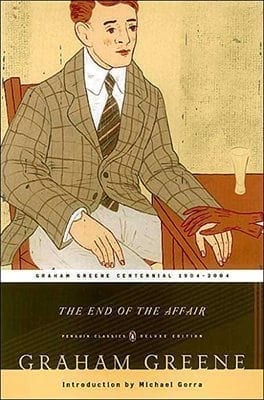 The End of the Affair by Graham Greene

“I love how honestly he writes about his flawed narrators, Maurice and Sarah—their affair, their love and hate for each other, their love and hate for God… and how it all comes together in a way that is so believable and human and real.  May be one of the reasons I try to write about characters who are similarly flawed—it seems like the only way to truly write honestly about what’s in a person’s mind and heart.” – Emily Giffin

Set in London during and just after World War II, The End of the Affair is the story of a flourishing love affair between Maurice Bendrix and Sarah Miles. After a violent episode at Maurice’s apartment, Sarah suddenly and without explanation breaks off the affair.