Our Favorite Enemies to Lovers Stories

Our Favorite Enemies to Lovers Stories

Regular stranger falling in love can seem so boring. These books switch up the narrative by sharing characters who start as nemesis, but blur the lines between a steaming rage and piping hot love.

When rich, beautiful, half-Asian Lucie Churchill meets George Zao at a wedding in Capri, she detests him. She despises the way he humbly shares his wealth, the way he knows more about the island than her, and the way he kisses her passionately in the dark. After several years, George reappears in Lucie’s life in New York, just as she gets engaged to a fiancé. Lucie must desperately try to push away her feelings for George and maintain the picture-perfect upper east side Facade her late father’s family expects of her. 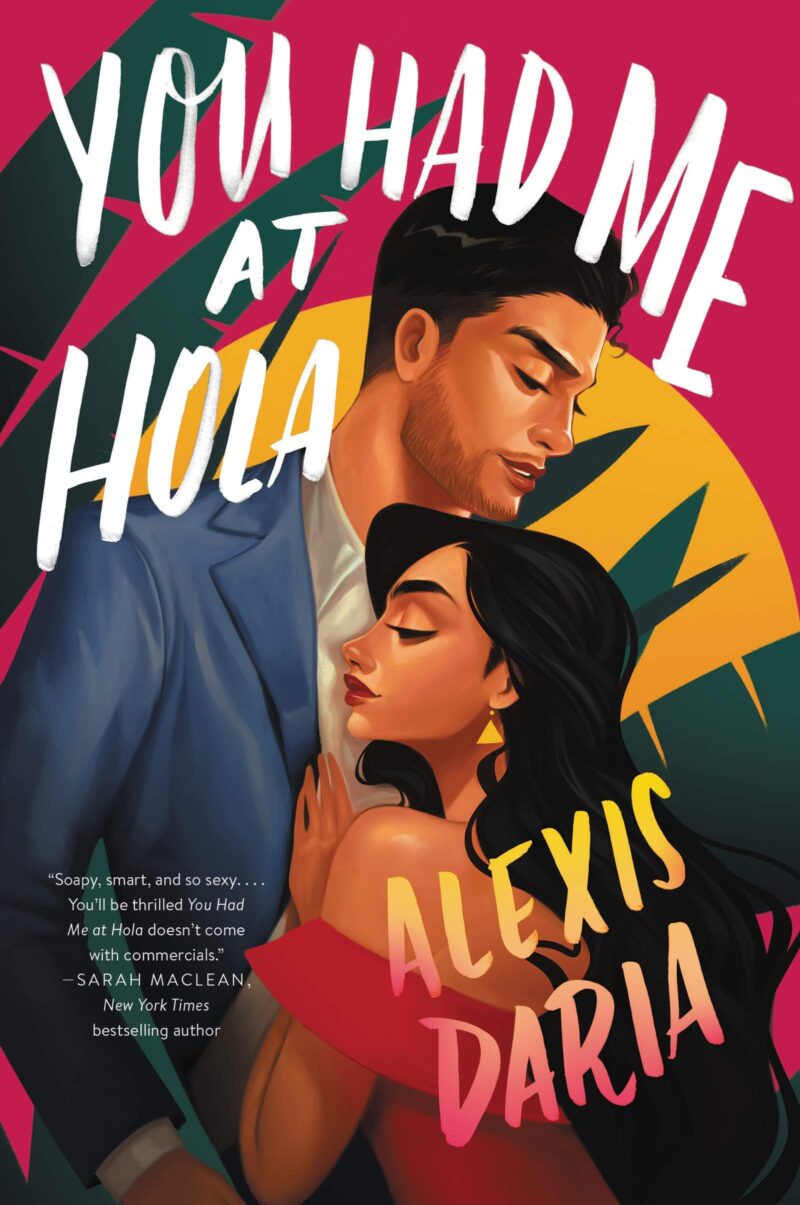 You Had Me at Hola by Alexis Daria

Ashton Suaréz and Jasmine Lin Rodriguez are battling feigned romance with each other in order to restore their dying acting careers. When the fake turns into a real, they wonder if they can keep their behind the scenes romance a secret. Or will the romance jeopardize their careers, and spiral them into nothingness once and for all? 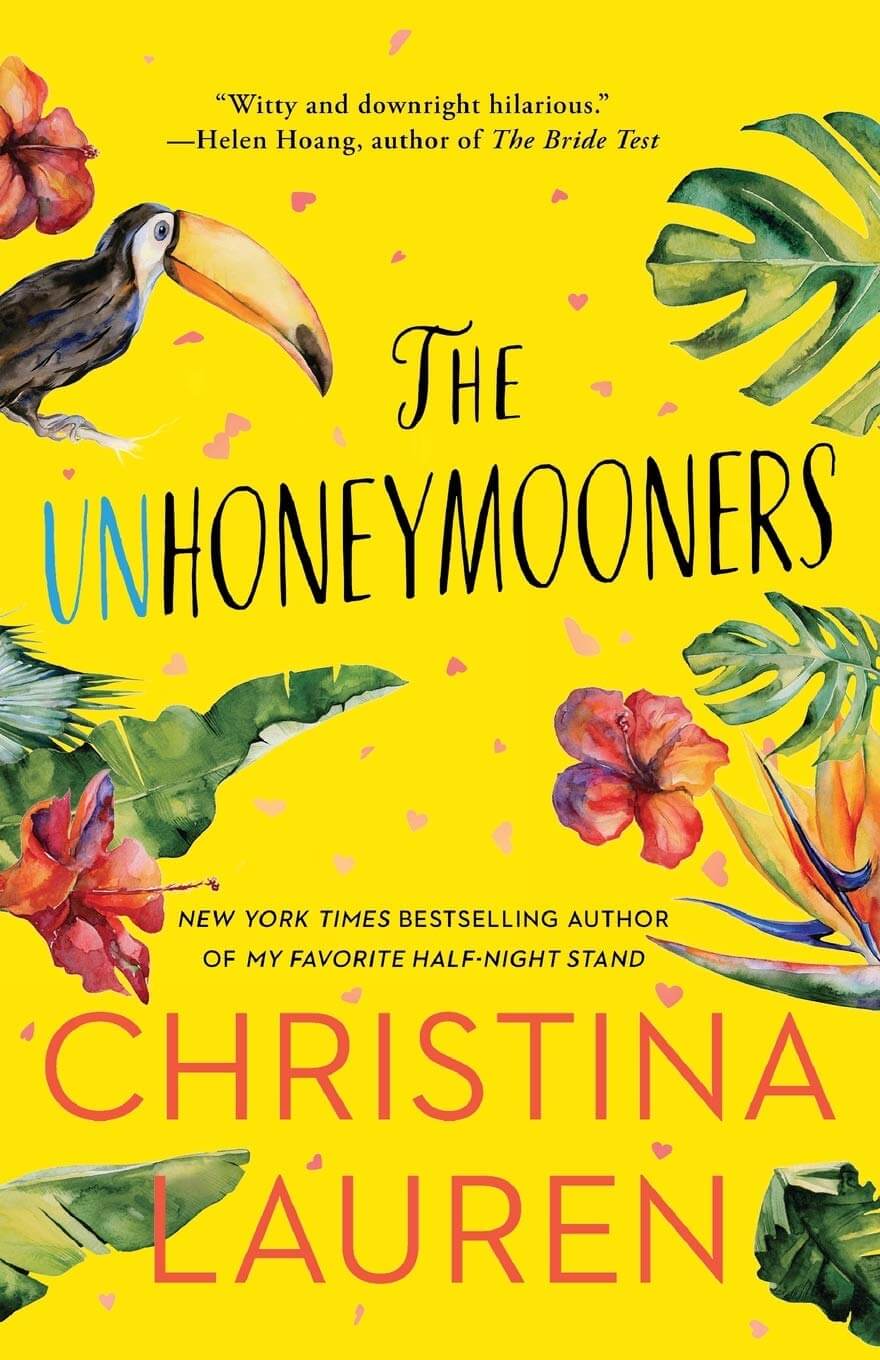 Olive Torres is usually the unlucky twin and assumes the role again at her sister Ami’s wedding where she has to bear the company of the best man and her arch-nemesis Ethan Thomas. However, as luck will have it, when everyone at Ami’s wedding gets food poisoning, except for Olive and Ethan, the two head off on Ami’s honeymoon together. What starts off as pretending to be newlyweds evolves into something real. 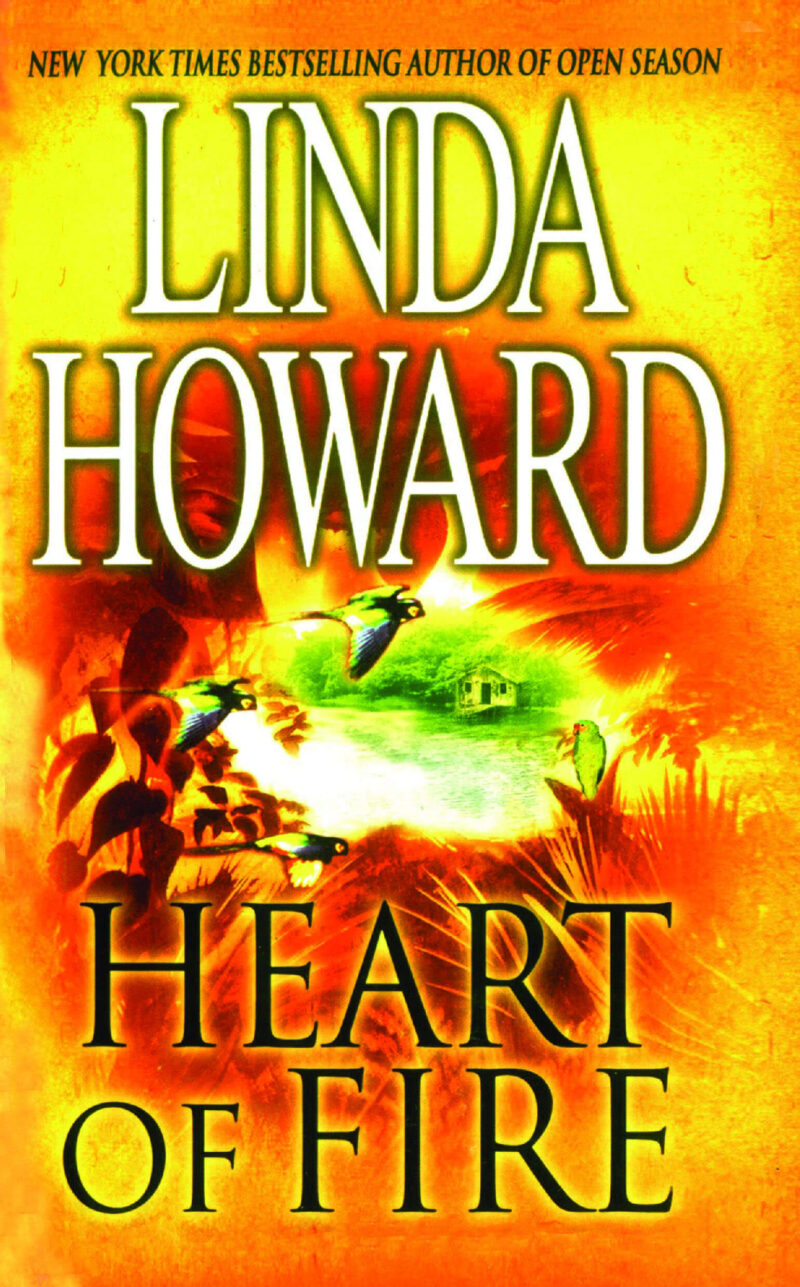 Heart of Fire by Linda Howard

Jillian Sherwood is determined to find the lost Amazonian city of women warriors, even if that means having handsome Ben Lewis come along on her adventure. Jillian stands her ground against Ben’s taunts and pleas, but neither of them could foresee the dangerous days of love and betrayal ahead. 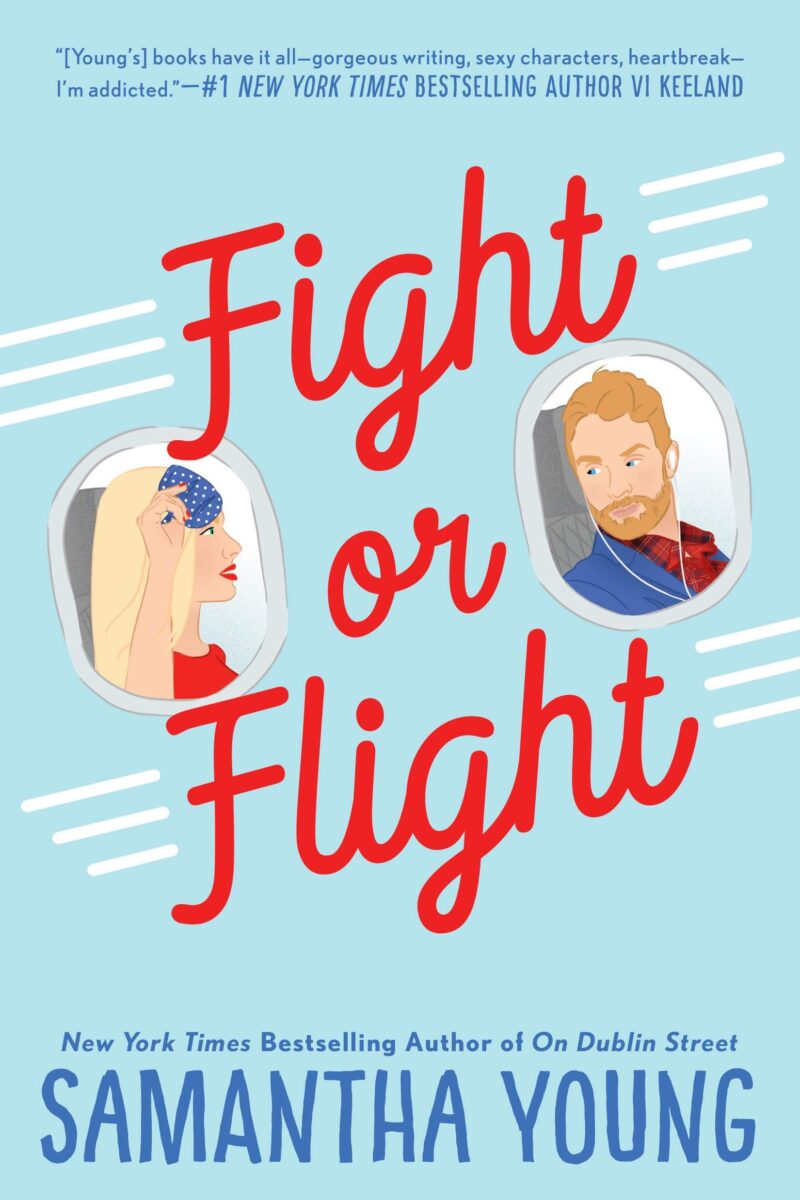 Fight or Flight by Samantha Young

Ava Breevort has had bad luck. After going to Phoenix to bury a friend, her flight back to Boston is delayed, and her attempts at first class are stolen by an arrogant Scotsman, Caleb Scott. The hate between them turns into the steamiest layover Ava has ever had. It was supposed to be temporary until Caleb turns up at Ava’s door in Boston. Can Samantha fight her feelings for Caleb? And if she can’t, will Caleb even return the love? 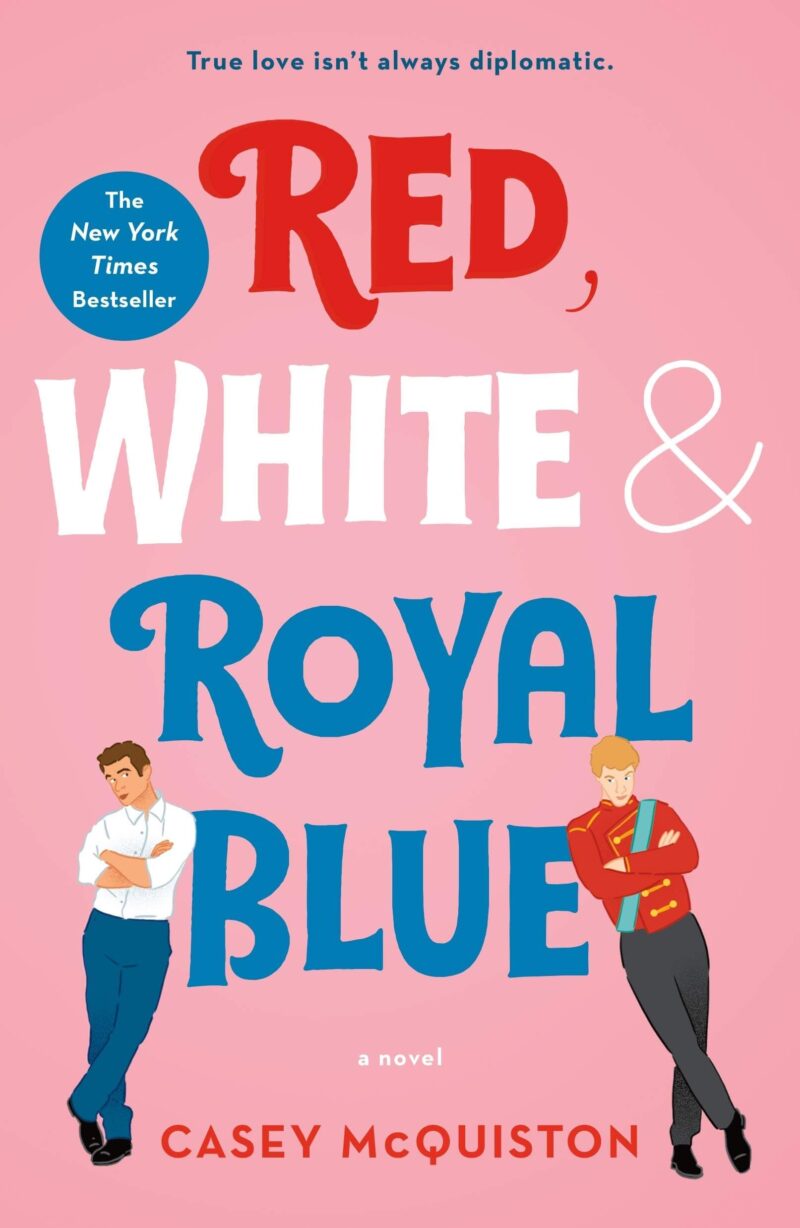 The first son of the United States, Alex Claremont-Diaz resembles royalty due to his dashing good looks. Alex has actual beef with the actual royal across the pond, Prince Henry. The two families try to reconcile the drama through a fake instagrammable friendship. However, Alex and Henry soon take a real liking to each other and must hide their new secret romance in order to preserve the peace. 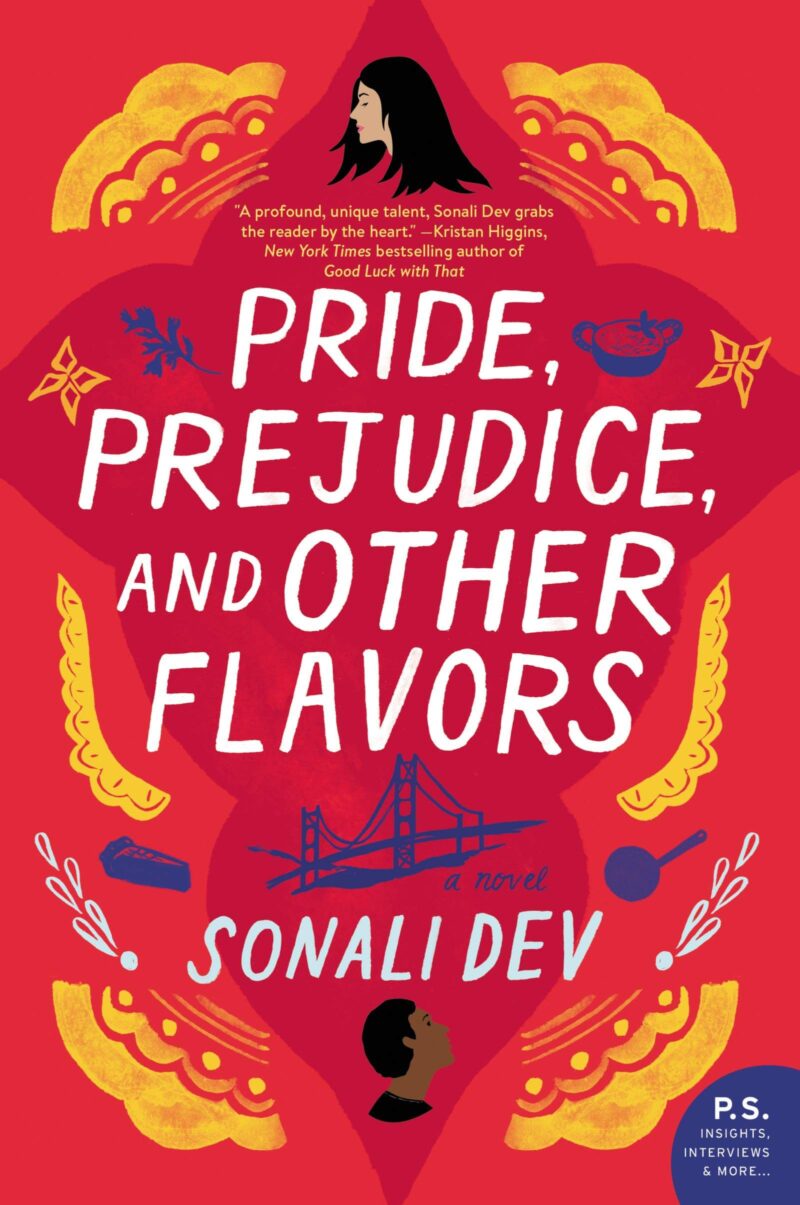 Pride, Prejudice, and Other Flavors by Sonali Dev

Dr.Trisha Raje is an acclaimed San Francisco neurosurgeon, but that’s not enough for her prestigious Indian American family. Trisha tries to redeem herself after breaking her family’s rules, but working with the up and coming chef DJ Caine may put a wrench in her plans. DJ doesn’t like Trisha, but he needs a job with her family and needs Trisha to save his sister’s life. Can the two work past their differences? Or will a past plagued with assumptions and family get in the way? 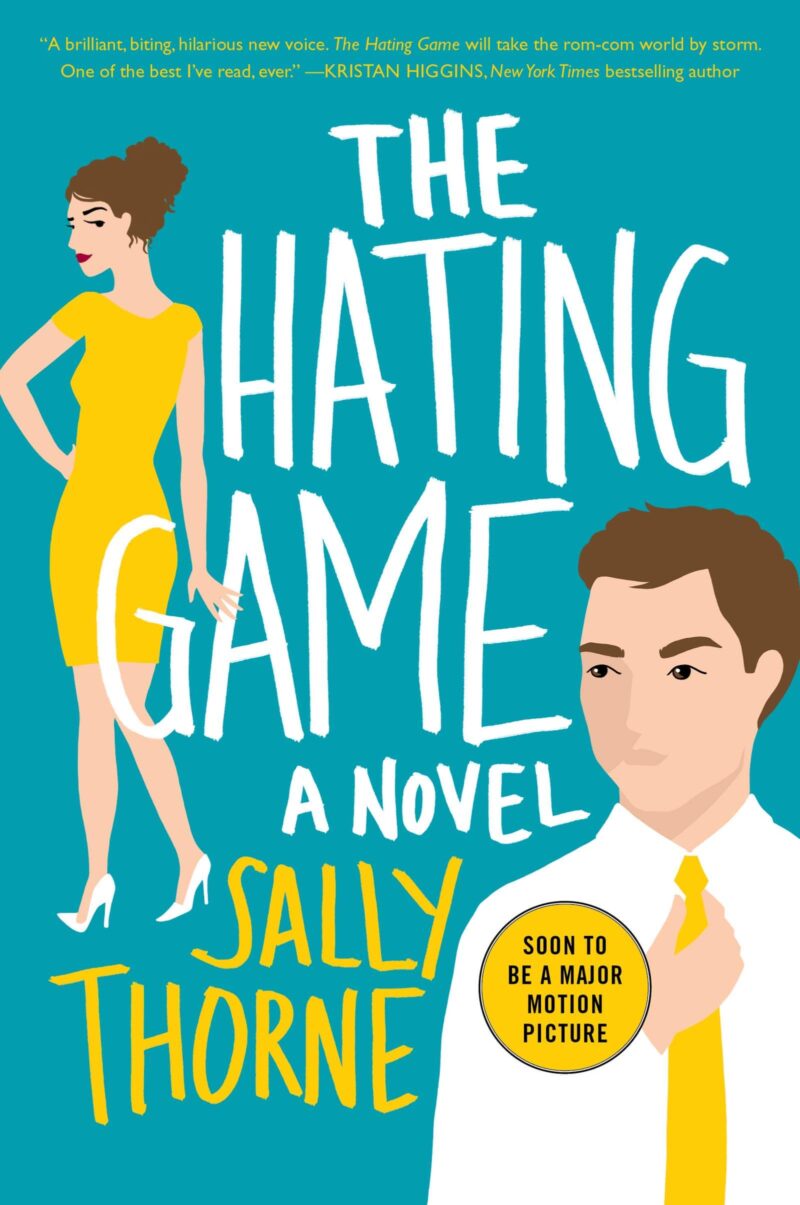 Joshua is Lucy’s nemesis, which makes their work at a publishing company quite difficult. Joshua’s bleak approach to life completely contrasts Lucy’s bright outlook. When the two are up for the same promotion, their hatred for each other reaches its boiling point, and they begin to question their hatred. 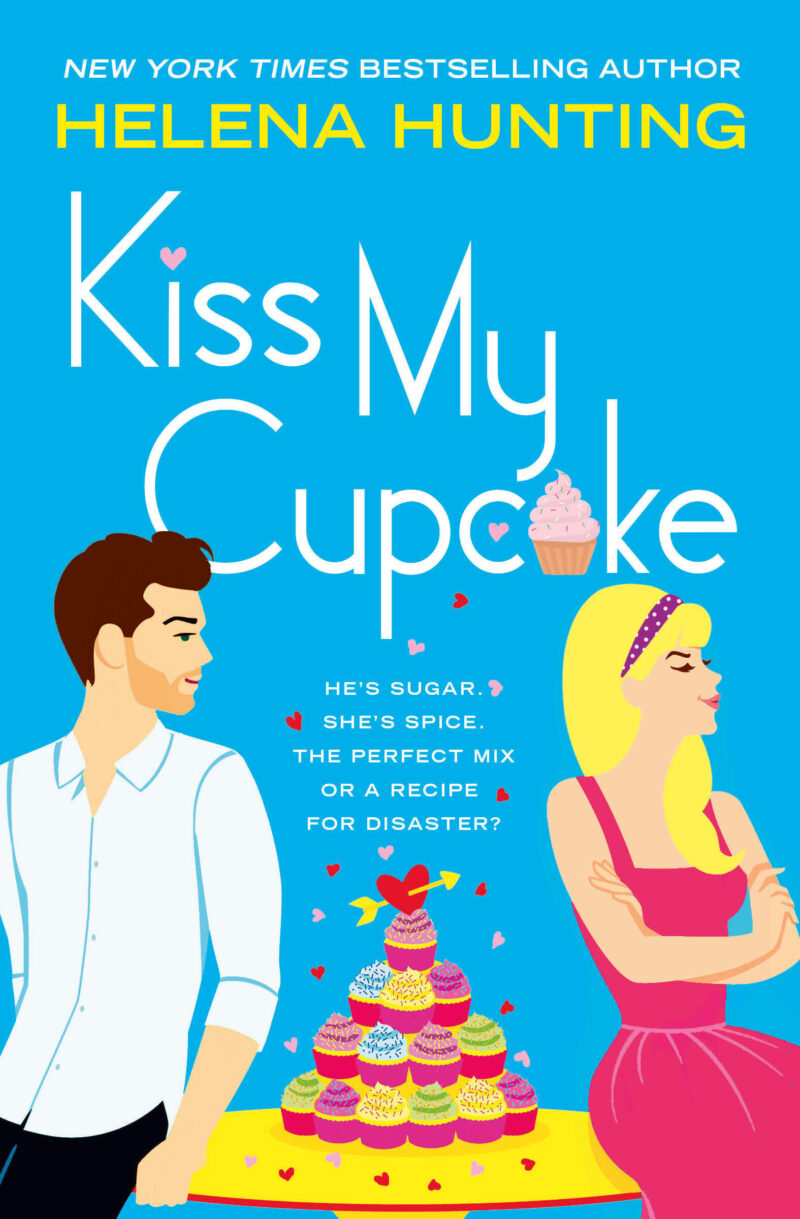 Kiss My Cupcake by Helena Hunting

Blaire Calloway is royally pissed when Ronan Knight plans to open his old-school sports bar the same day as her cupcake and cocktail shop. Blaire and Rowan fight endlessly in order to one-up each other and gain new customers. But when an even bigger threat to their businesses comes to town, Blaire and Rowan must work together. The more time they spend together, the more Blaire realizes she may have misjudged Rowan, and a romance starts to bloom. 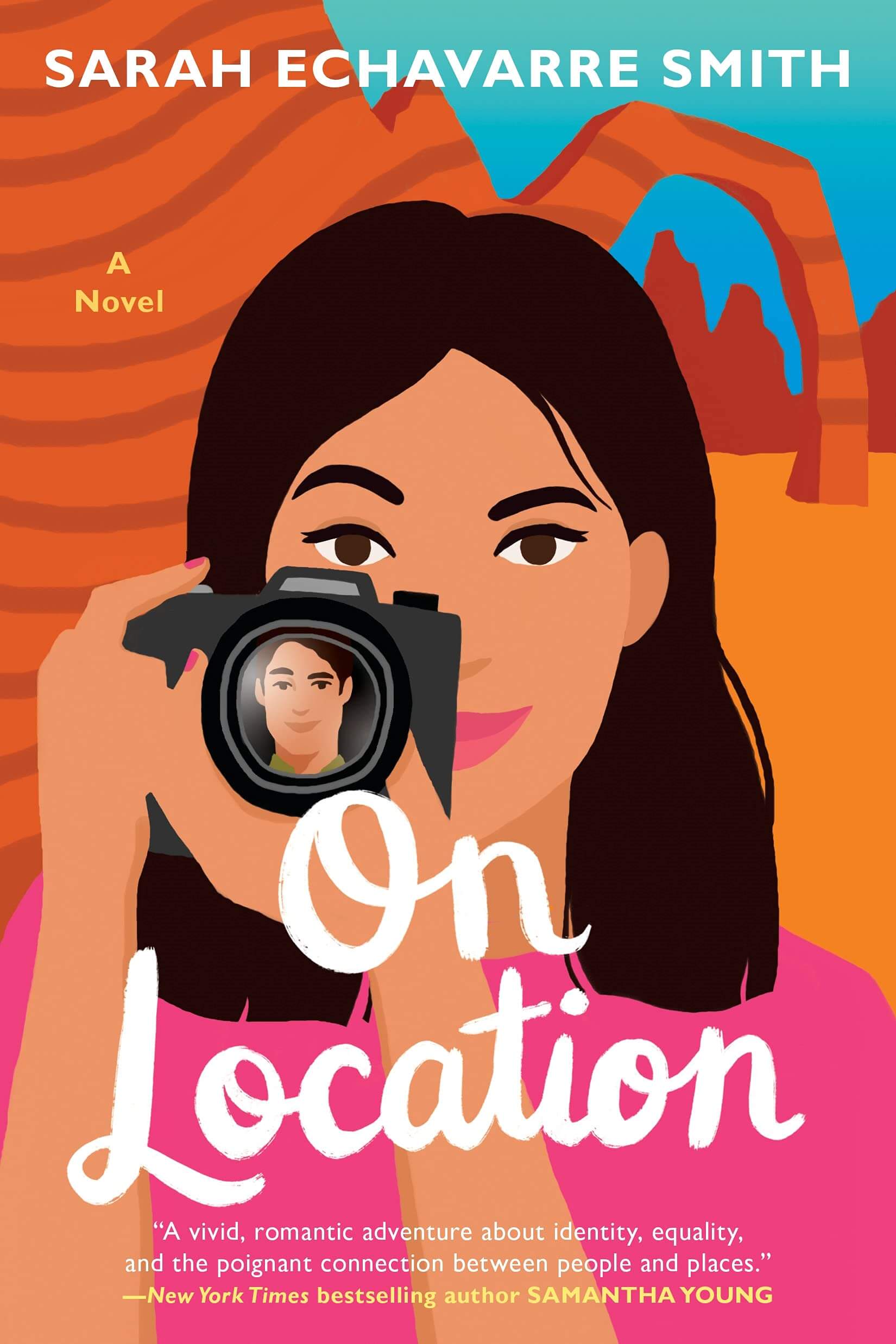 Sometimes love is a force of nature. After spending years working her way up the ranks, Alia Dunn’s dream project of producing a TV series about Utah’s national parks in honor of her late apong is approved by her network executives. She’s excited until she finds out that she is working with Drew Irons, the guy who ghosted her after a first date she personally thought was wonderful. As their bickering and tension on set build, they soon realize that they are falling for each other. When the host of the show jeopardizes her show, Alia and Drew must work together to save her project and fight for their relationship. 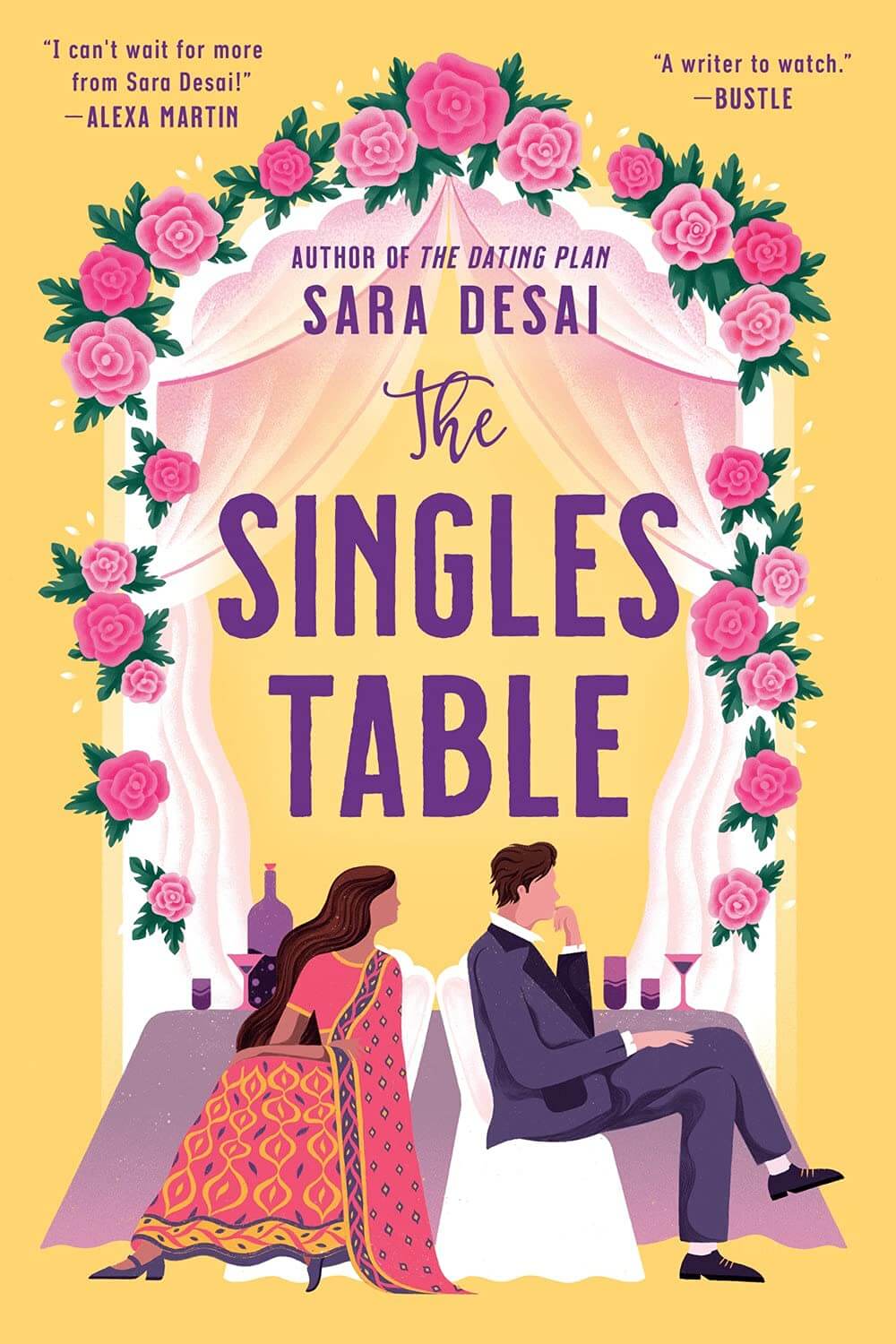 The Singles Table by Sara Desai 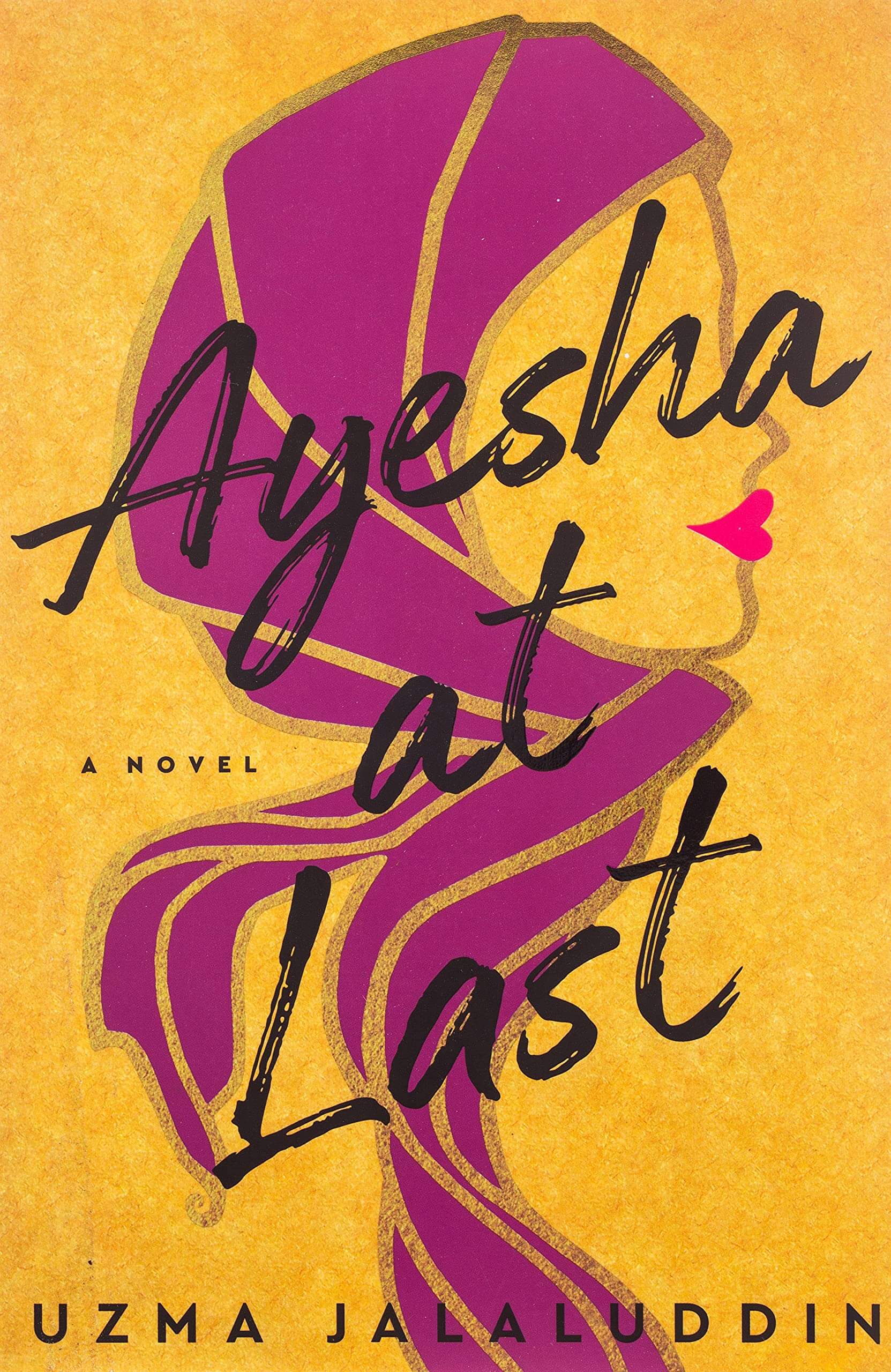 Ayesha at Last by Uzma Jalaluddin

If you are looking for a fresh spin on a Jane Austen classic, look no further than Ayesha At Last. Jalaluddin’s debut novel is set in a Canadian Muslim community. Ayesha dreams of becoming a spoken word poet but puts her dreams aside to help pay off family debts. While Ayesha dreams of marriage, she’s not willing to surrender to traditional pressures and beliefs. What will she do when she finds a man so enchanting who doesn’t agree with her modern choices and beliefs? 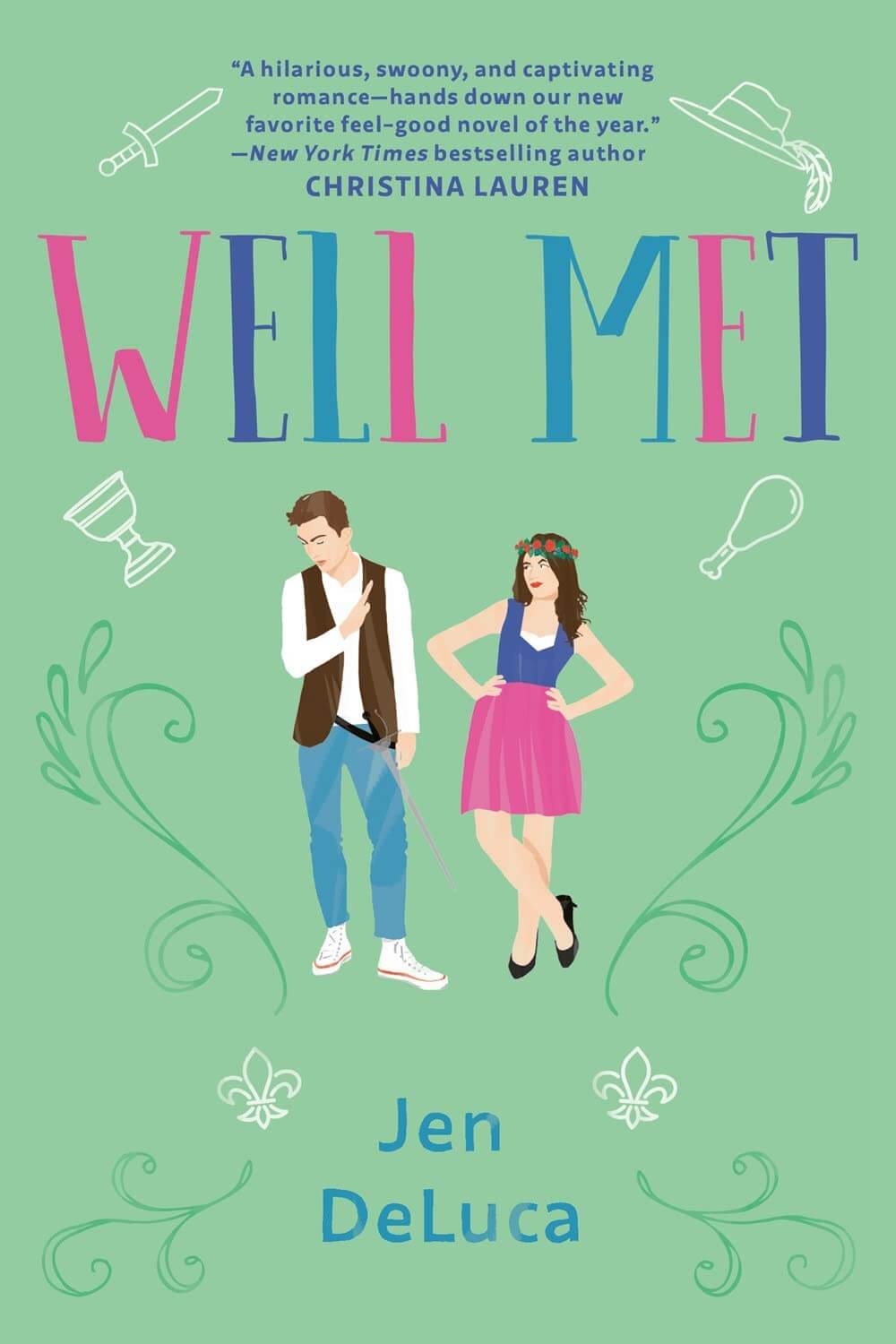 When Emily relocated to small town Willow Creek, Maryland to care for her injured sister, she didn’t think volunteering at the Renaissance Faire with her niece was part of the deal. She also didn’t anticipate Simon, the irritating schoolteacher and director of volunteers. While Emily has a more lighthearted approach to life and the faire, Simon takes it much more seriously, seeing as it’s his family’s legacy, and he has no time for Emily’s countless suggestions. But, when Emily dons her wench’s costume, Simon becomes a different person and flirts freely with her. Unable to stop thinking about him, Emily needs to figure out if the attraction between them is just for show, or if there’s any truth behind it. 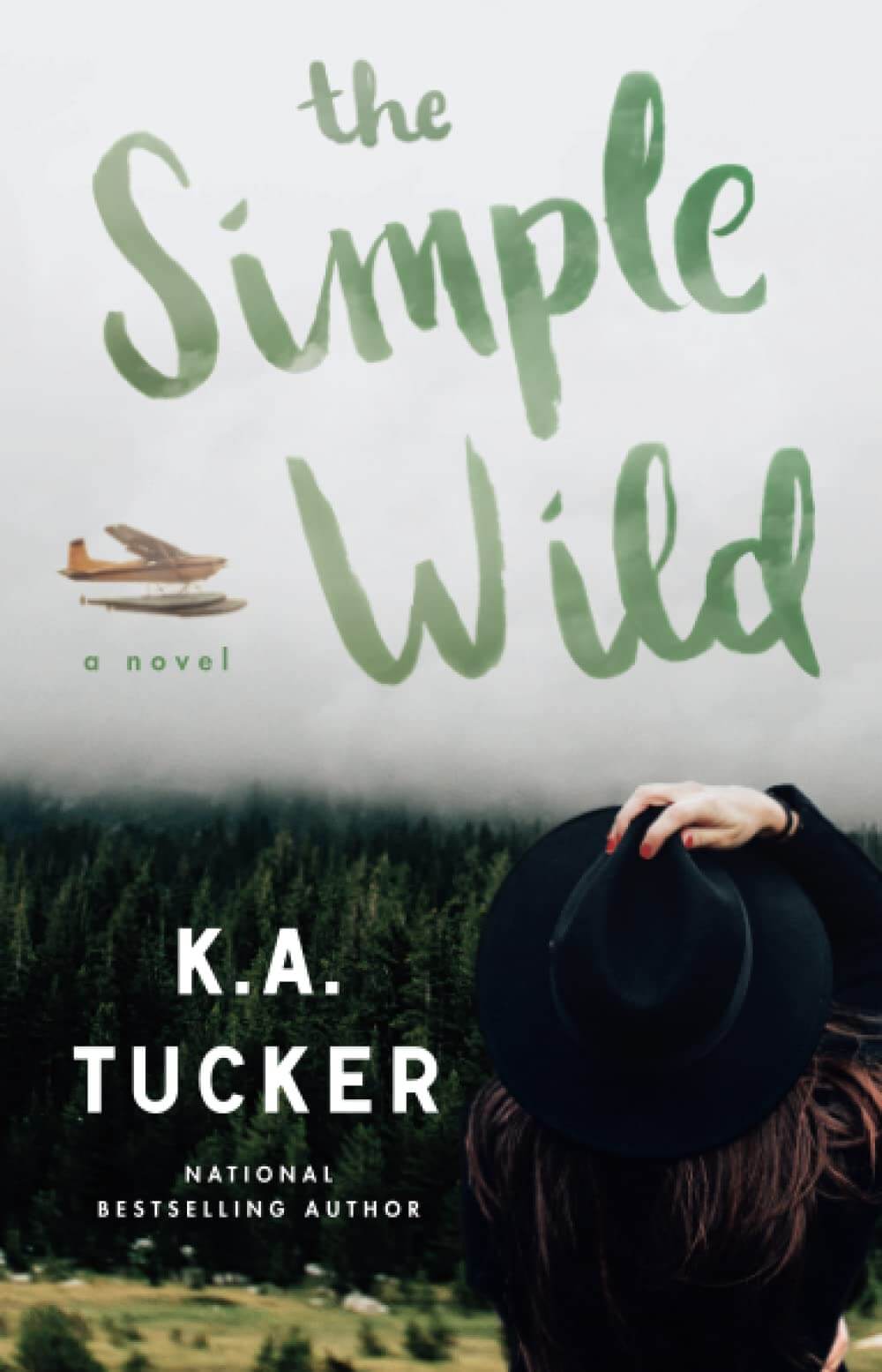 Calla Fletcher knows nothing about her Alaskan hometown, and she likes it that way. She’s a city girl through and through. But when Calla finds out that her father’s life is coming close to its end, she knows she has to go back to the isolated, wild Alaskan town where she was born. She feels like a fish out of water but wants the chance to connect with her father. Jonah is the obnoxious and proud Alaskan pilot who can’t fathom living anywhere else. He’s convinced Calla is too spoiled to handle the wild, and she wants nothing more than to prove him wrong. They soon form a bond neither of them saw coming, but she knows starting a romance is a lost cause. Calla doesn’t plan on staying in Alaska, and Jonah will never leave. 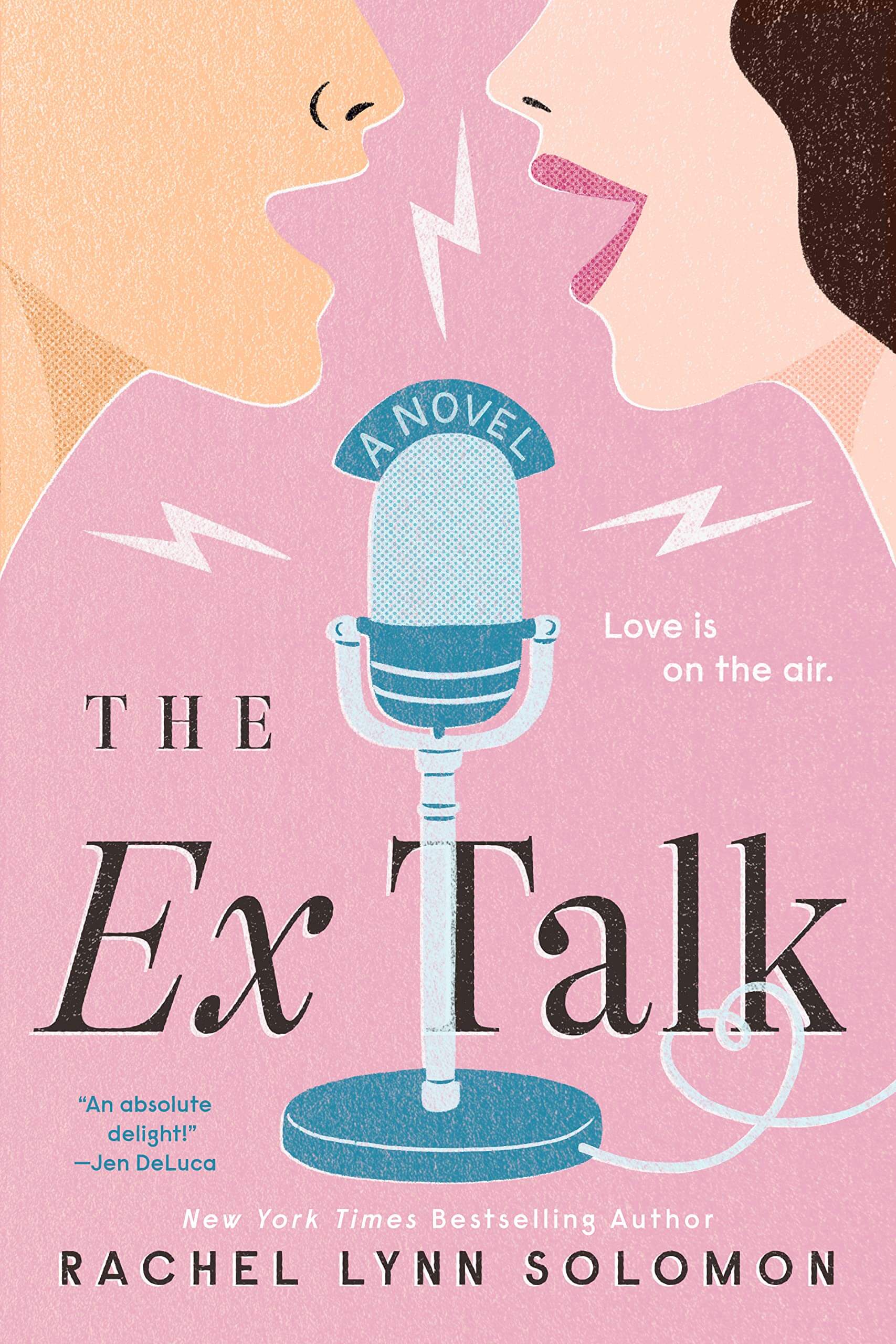 Shay Goldstein loves her job. She’s been a producer at Seattle public radio station for almost ten years, and she can’t imagine anything else. But, when Dominic Yun joins the team, the two clash instantly. Dominic just completed a journalism master’s program and now believes he knows everything about public radio. When the station needs a fresh idea, Shay comes up with “The Ex Talk”, where two exes give relationship advice. Their boss wants them to co-host since they already don’t get along, and faced with unemployment, Shay and Dominic agree. The show becomes a hit, climbing podcast charts and growing an invested audience. But as the show grows, so does their lie, especially when the hate they have for each other turns into something closer to love. 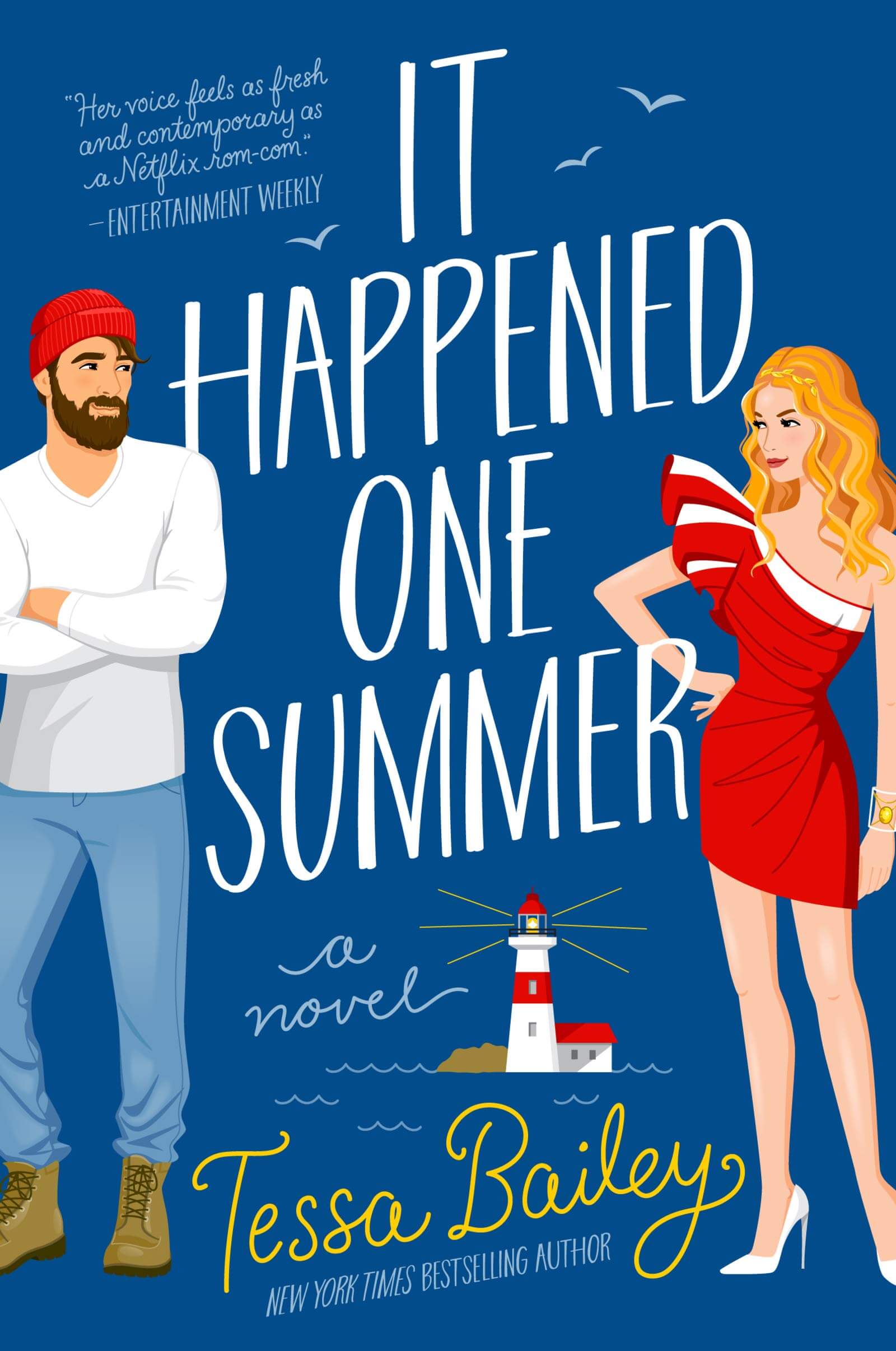 It Happened One Summer by Tessa  Bailey

Piper Bellinger is known for her fashion, influence, and wild child reputation. After a crazier night than usual, ending with Piper spending a night in jail, her stepfather sends her and her sister to Westport, Washington, where they will run their late father’s dive bar and learn what it means to be a responsible adult. Piper quickly meets the grumpy sea captain Brendan who doesn’t expect her to last a week in this small town. But Piper is determined to prove both her stepfather and Brendan wrong. Despite being polar opposites, Brendan and Piper start to feel an attraction that they can’t ignore. As Piper learns more about her past, her father, and Brendan, she realizes Westport is starting to feel like home, and she begins to question whether she truly wants to return to her former life. 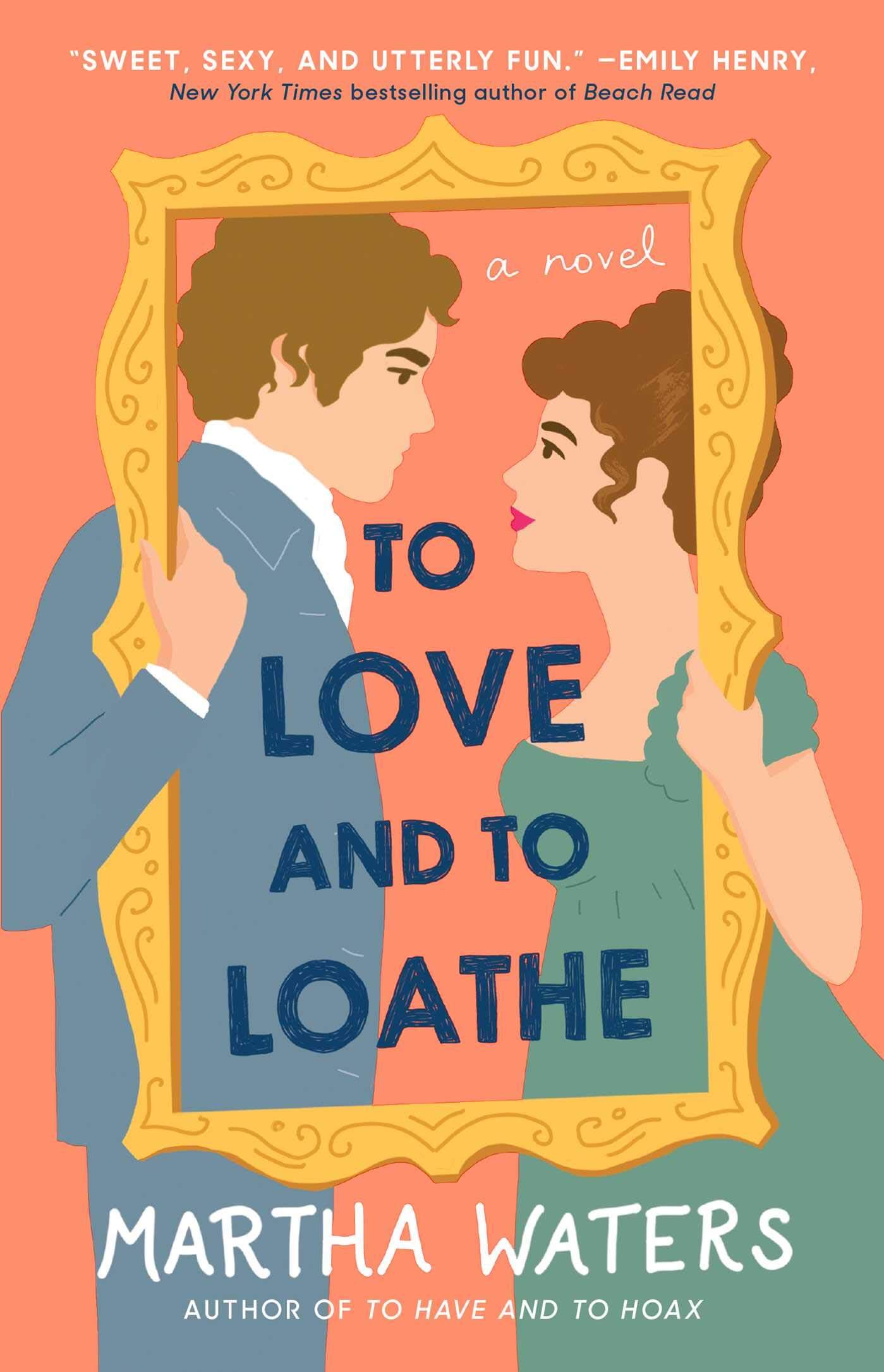 To Love and to Loathe by Martha Waters

Diana, the widowed Lady Templeton and Jeremy, Marquess of Willingham are known for their witty remarks and bickering among English high society. When one of their arguments reaches new stakes, a wager is made between the two: Jeremy will be wed within the year or Diana will forfeit one hundred pounds. Just before a two-week house party at Elderwild, Jeremy’s country home, the marquess appears at Diana’s door with an intriguing proposal. After hearing some unfavorable critiques about his bedroom talents, Jeremy asks the only truthful woman he knows to engage in an affair while at Elderwild and give him brutally honest feedback. In exchange, the gossip would alert other gentlemen that Diana is interested in taking a lover. She agrees, thinking that this affair would help her win the original bet. But as the two focus on winning the wager, they realize there might be something real between them. 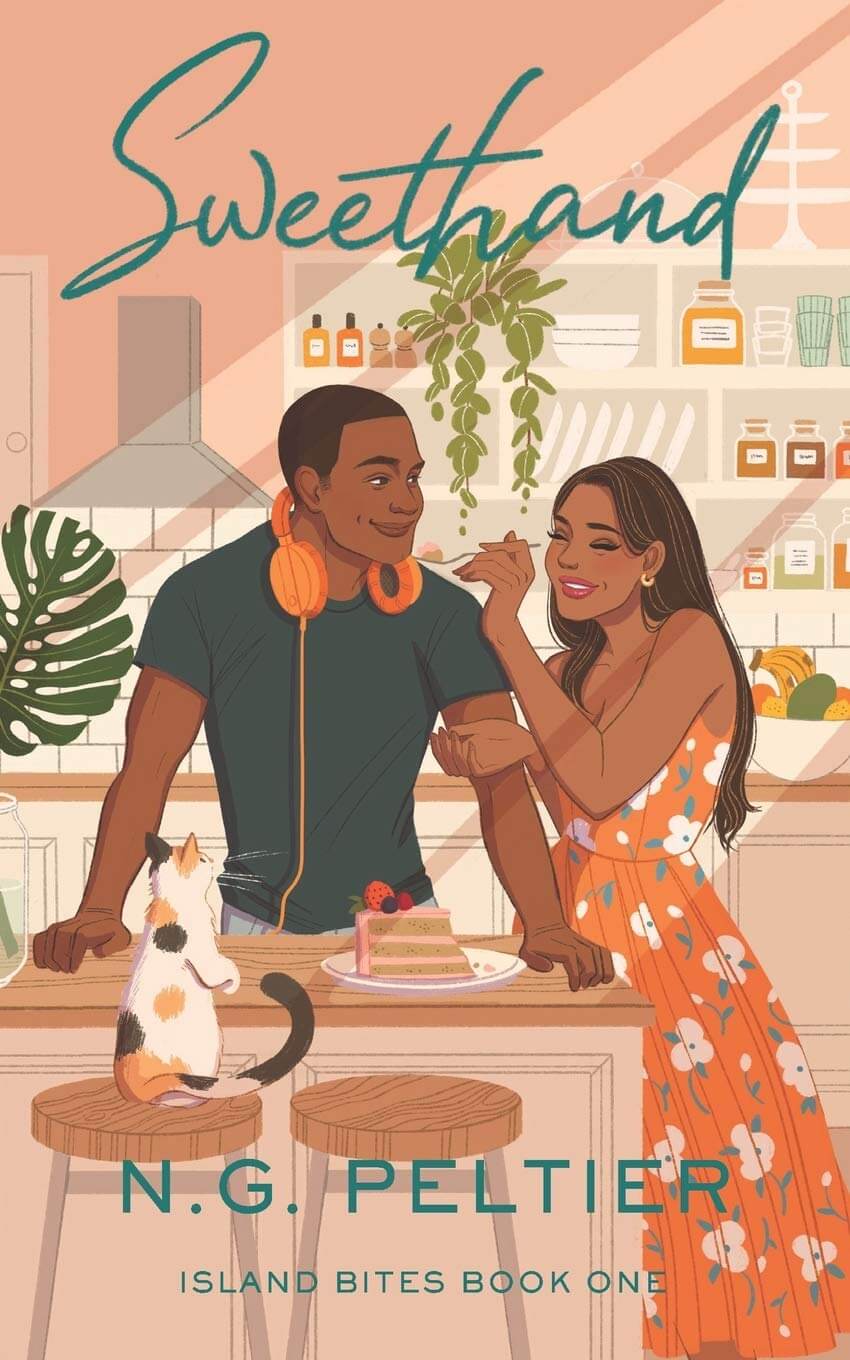 Cherisse has sworn off men in the music industry, and dating in general, after a public meltdown over a breakup. She’s focused on her pastry chef business, as well as her younger sister’s upcoming wedding, where she will be the maid of honor. Her mother, however, is set on finding a guy for Cherisse to settle down with.  But her mother’s matchmaking isn’t her biggest problem when she finds out the best man is none other than Keiran King, the most annoying man ever. Keiran has always seen Cherisse as an attention-seeking brat, even though he’s always had a secret crush on her. Now, the two can’t avoid each other as the countdown to the wedding begins. Things get more complicated when a rainy night leads to bedroom fun, and Cherisse and Keiran have to figure out how to put their differences aside for the sake of the wedding.