Book clubs are all the rage today, from in-person groups to Zoom gatherings to celebrity books clubs such as Read with Jenna and Good Morning America’s clubs. These ten books focus on various types of book clubs—some that come together out of necessity, some that focus on how books can help bring change in our world, and some that are created to discuss wonderful reads.

Here are the must-read books about books>> 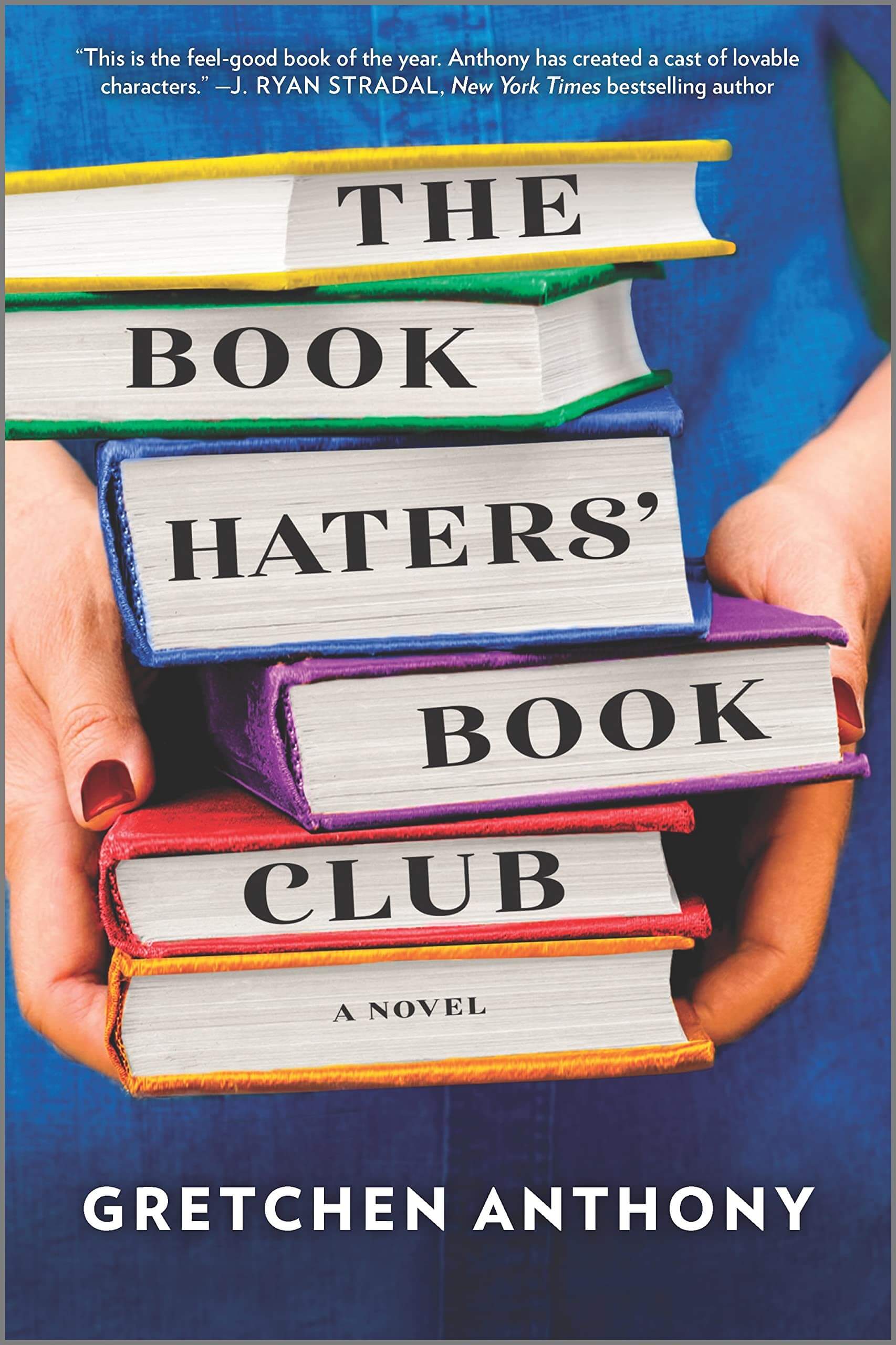 When Elliott, one of the co-owners of Over the Rainbow Bookstore, passes away, Irma, the other owner, is ready to sell the store to developers who will tear it down and build yet another condo complex. But there are people who do not want to see the store destroyed, and they launch a plan to save the store through any means possible. This book is an ode to book clubs, bookstores, and anyone who loves to read. 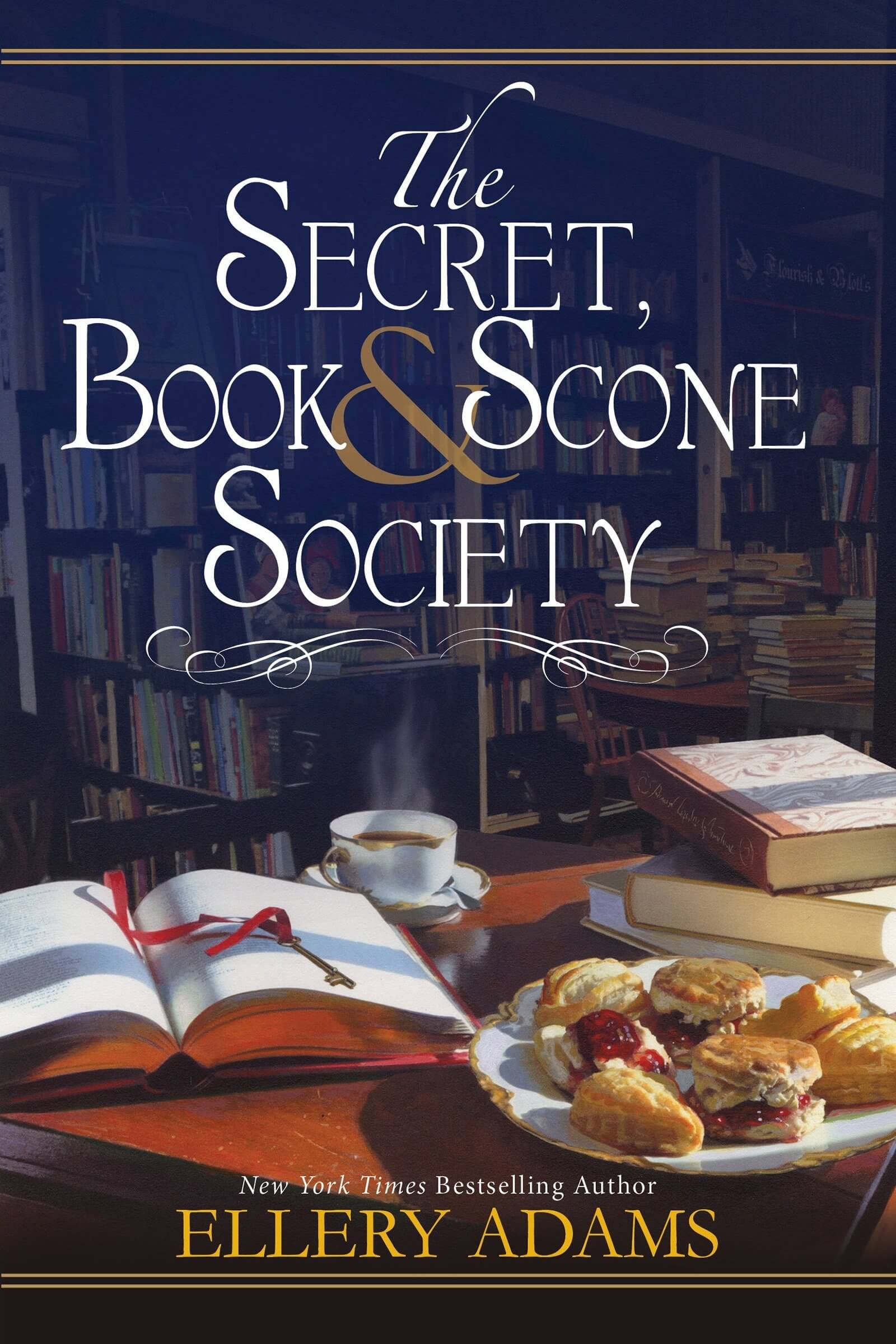 The Secret, Book and Scone Society by Ellery Adams

This is the first installment in a mystery series set in Miracle Springs, North Carolina that stars Nora, the town’s bookstore owner. When a visiting businessman asks Nora for a book recommendation, she begins pondering the best title for him; her special talent is recommending just the right story to aid a person with whatever is troubling them. She is shocked when later that day he is found dead on the nearby train tracks. So she decides to form the Secret, Book, and Scone Society to help others and also to share their love of books. This series has 5 books that follow the Secret, Book, and Scone Society’s adventures. 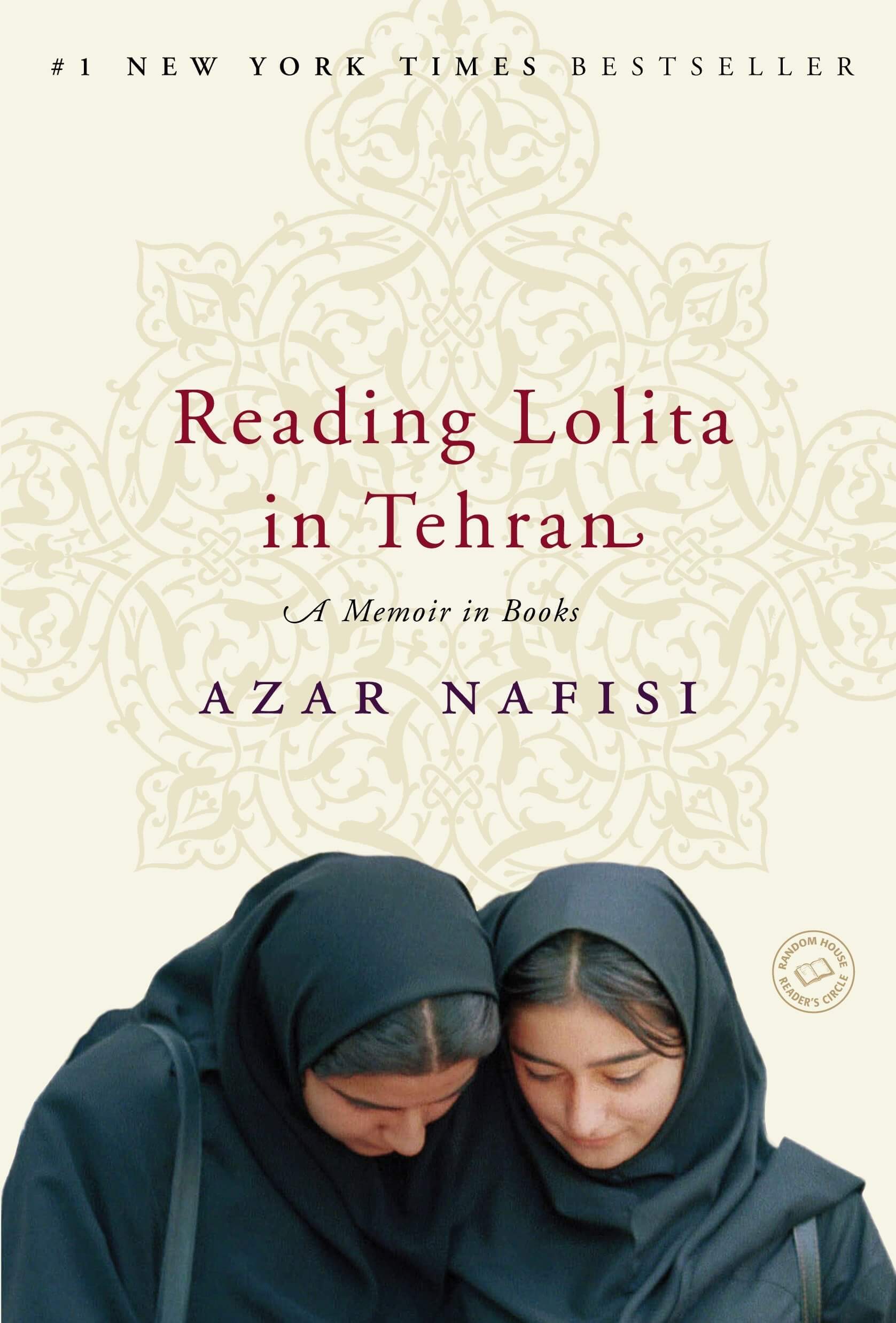 Reading Lolita in Tehran: A Memoir in Books by Azar Nafisi

In direct defiance of the Islamic Republic of Iran’s government, teacher Azar Nafisi and seven female students covertly meet at Nafisi’s home to read and discuss books that are banned in Iran, particularly Western classics. As their world closes in around them on the streets of Iran, the girls explore Jane Austen, Henry James, Vladimir Nobokov and more. The events taking place in the lives of the seven girls are compared and contrasted with the stories they are reading, and the book explores how literature can revolutionize lives while demonstrating the negative impacts of book banning. 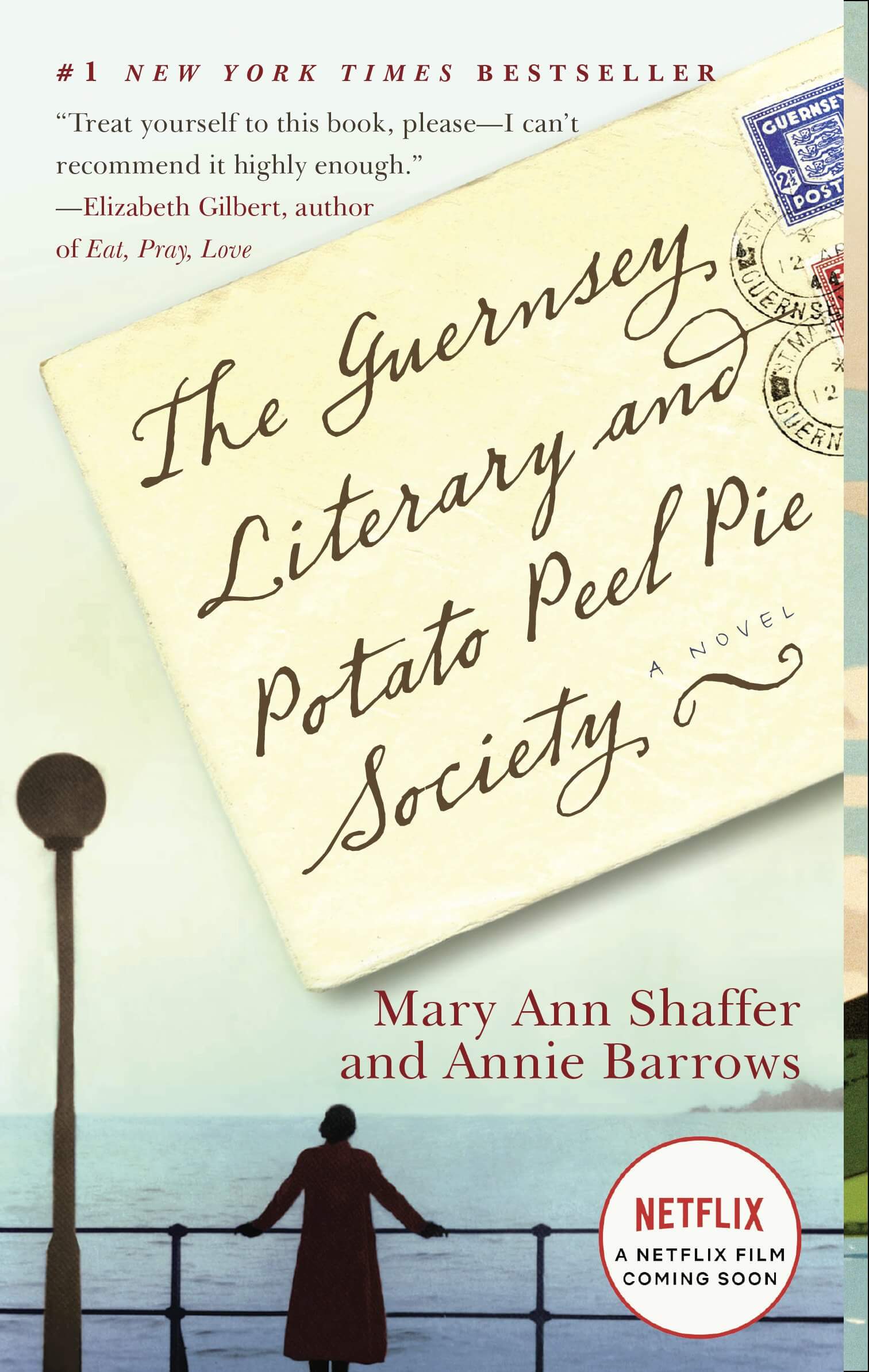 Guernsey, an island off the coast of England, was occupied by the Germans during the war for a substantial amount of time. Right after the war ends, Shaffer brings the occupation to life through letters written between a female writer named Juliet Ashton and a resident of Guernsey named Dawsey Adams. The Guernsey Literary and Potato Peel Pie Society, a book club consisting of a group of island residents, is created spur of the moment when several Guernsey residents are found breaking the curfew set by the occupiers. Juliet is enthralled with everything about the book club: its reading choices, its offbeat members, and what life was like on the island under German occupation. 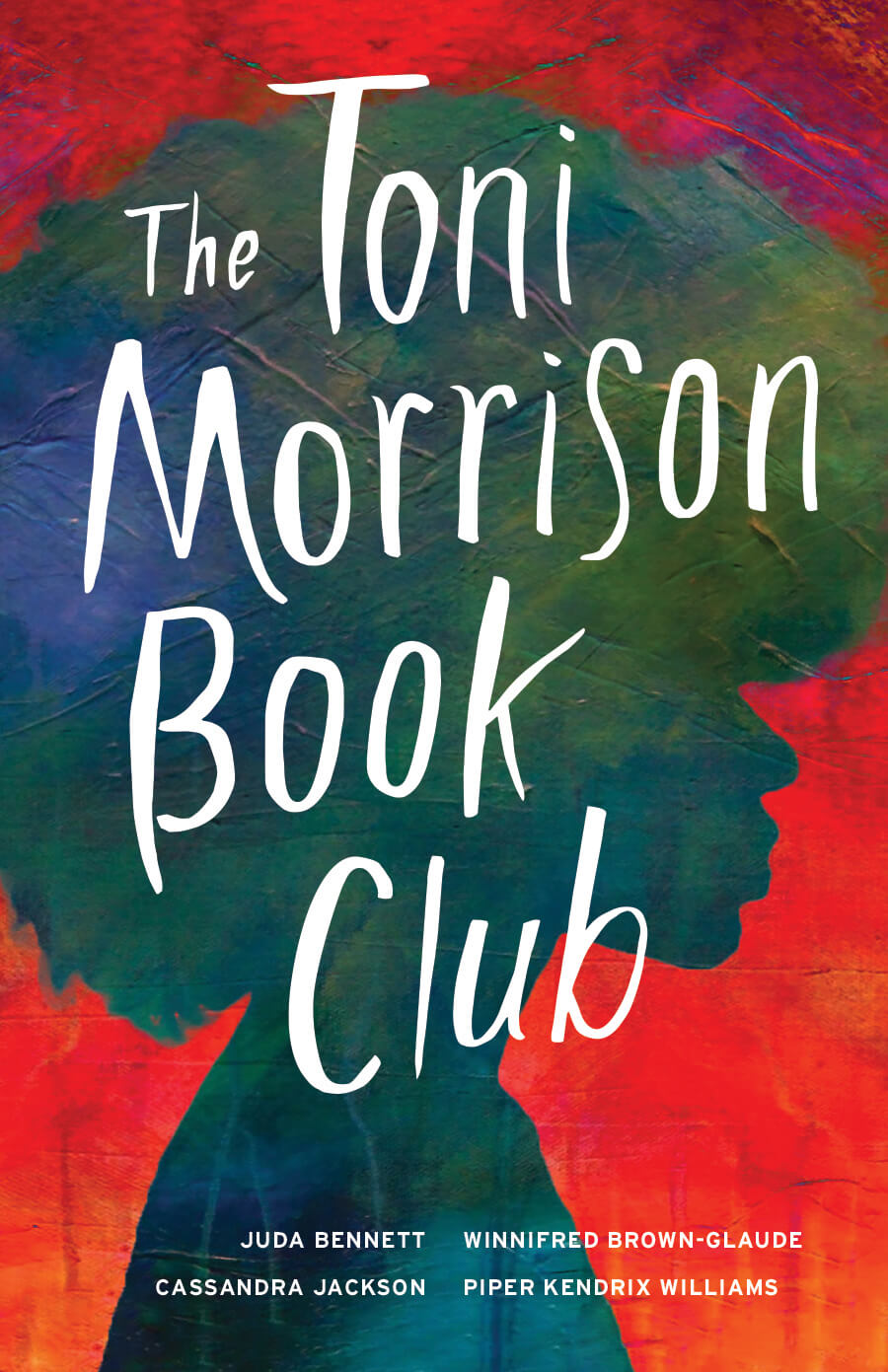 Four diverse friends, immigrant and U.S.-born, white and Black, and gay and straight, come together in this group memoir to discuss Toni Morrison’s novels and how her books provide a jumping off point for evaluating life in the United States today, and for discussing some of the topics that the country is grappling with, including racism, immigration, and the ever-increasing uncertainty facing the country’s population. Each woman writes about her own experiences through the lens of certain Toni Morrison novels, and how those particular books shed light on their own lives and the present day world. Interspersed with the personal essays are bits on how their book club came to write this joint memoir, some of the arguments that occurred around choosing who would get to write about which books, and how difficult it was to exclude some of Morrison’s much loved works. 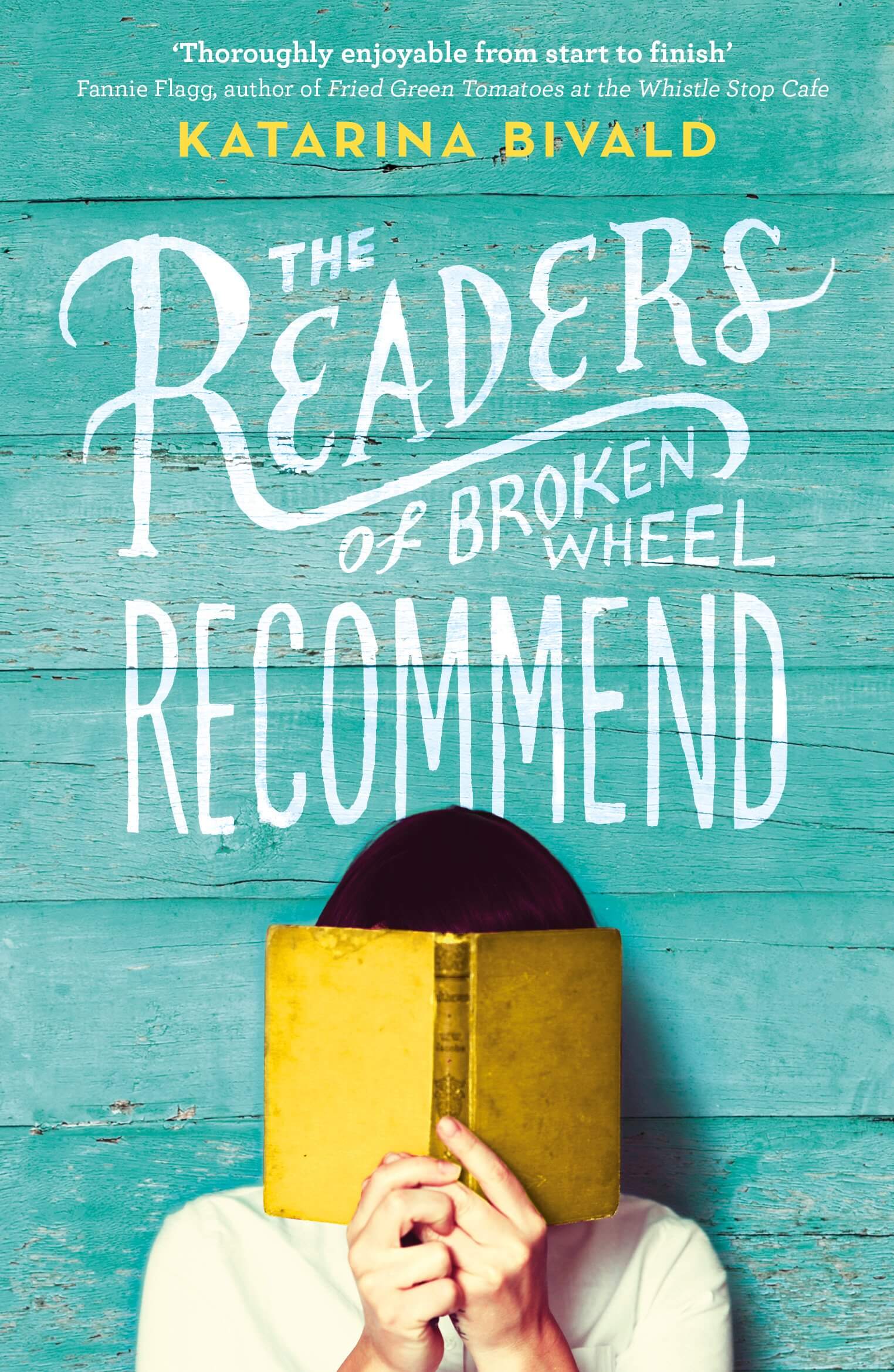 The Readers of Broken Wheel Recommend by Katarina Bivald 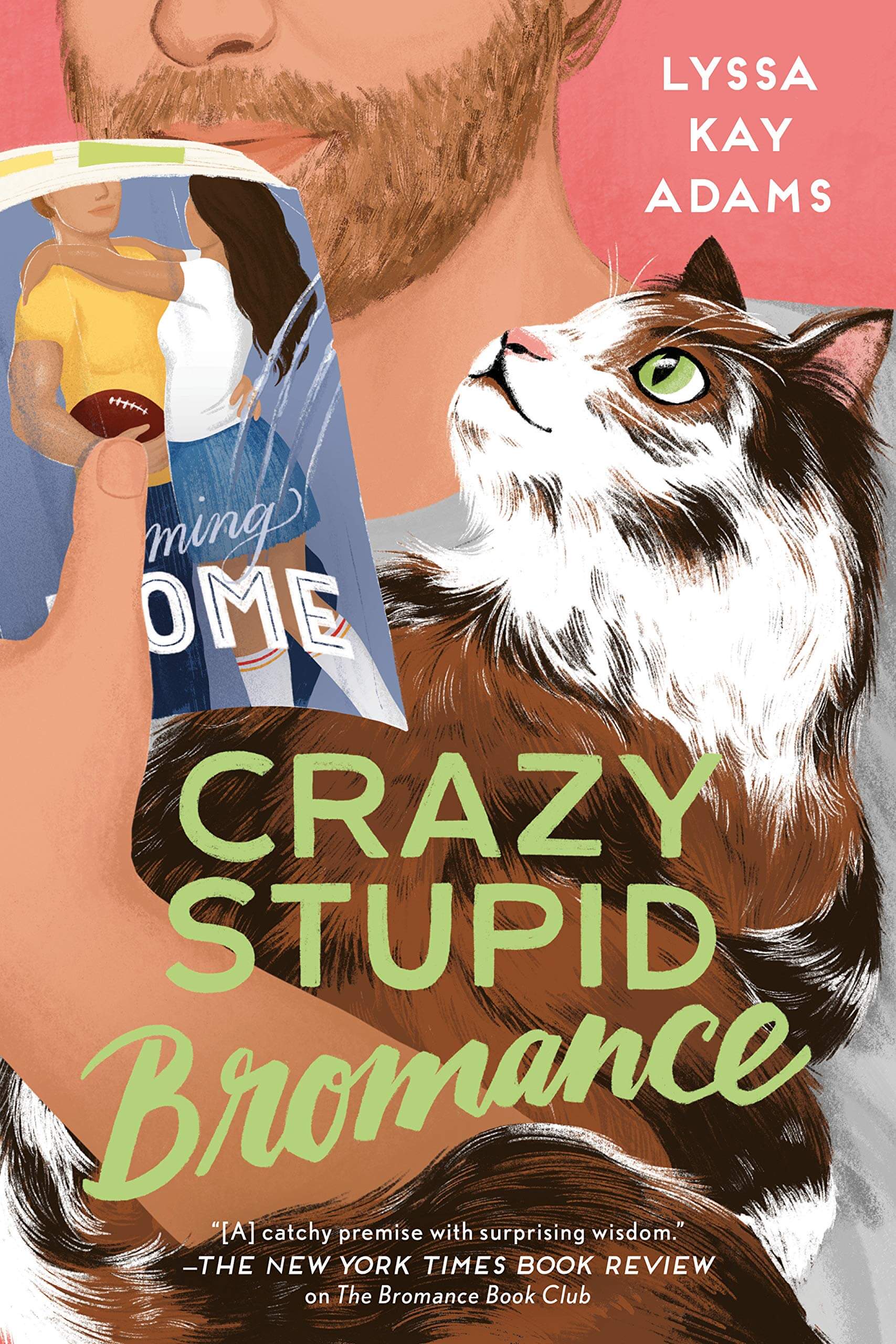 Crazy Stupid Bromance is the third book in Lyssa Kay Adams’ incredibly popular series centered around a male book club called The Bromance Book Club. This installment features Alexis Carlisle and her best friend and computer savant Noah Logan. When Alexis faces a family crisis, she turns to Noah for help. Meanwhile, Noah struggles with his feelings for Alexis while trying to help her with her dilemma. The book club steps in to guide Noah along as he navigates trying to move out of the friend zone. The first two books also feature this entertaining male book club. 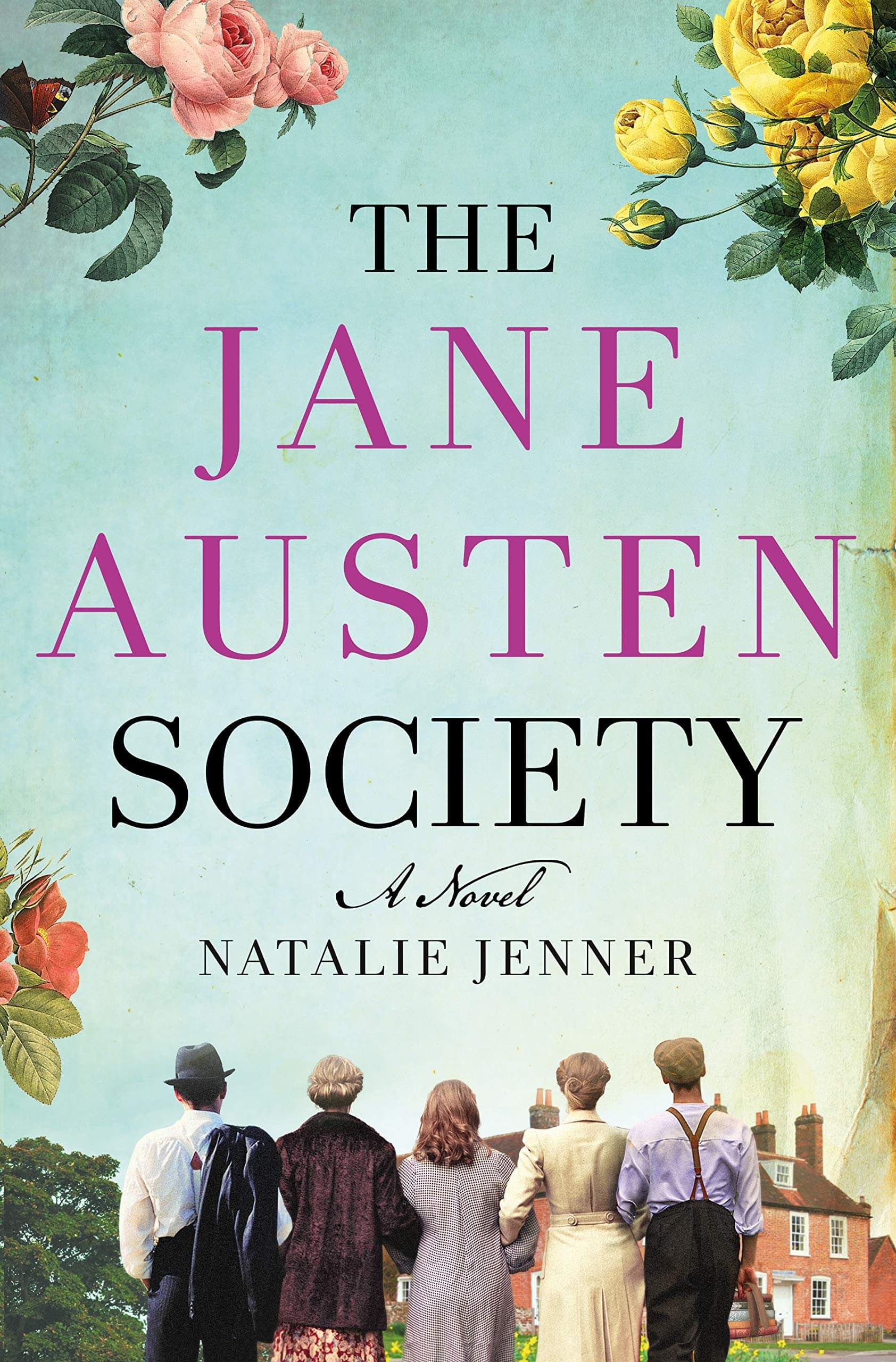 The Jane Austen Society is set in Chawton, England, following the Second World War, where Jane Austen spent her last years. When Austen’s legacy is threatened, an eclectic group of townspeople band together to save her home and heritage. Struggling with personal tragedies and loss, these individuals unite around their love of Jane Austen and her books and find themselves aiding each other as much as they help save Austen’s legacy. The Jane Austen Society is full of fascinating tidbits about the author and her tales, but it also highlights the importance of community and relationships, demonstrating that both can be found in unlikely places. 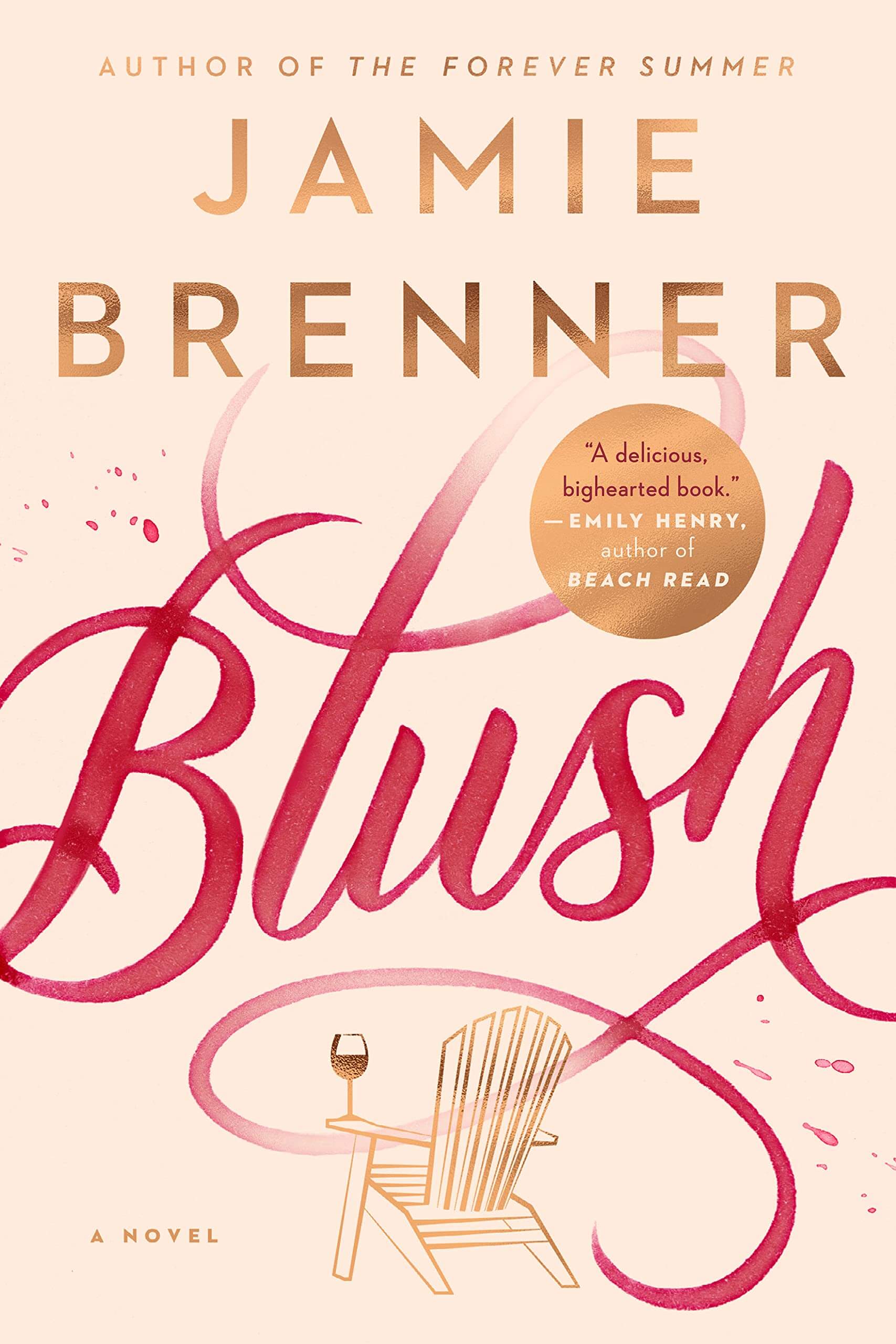 Blush will appeal to book lovers everywhere as the three Hollander women turn to books, specifically the “trashy” romance novels of the 1980s, to try and save their family vineyard and legacy. While very different, all three women, Vivien, Leah and Sadie, bond over books written by Jackie Collins, Judith Krantz and others, and find inspiration and ideas for moving forward as long-buried family secrets are exposed and wounds form the past reappear. 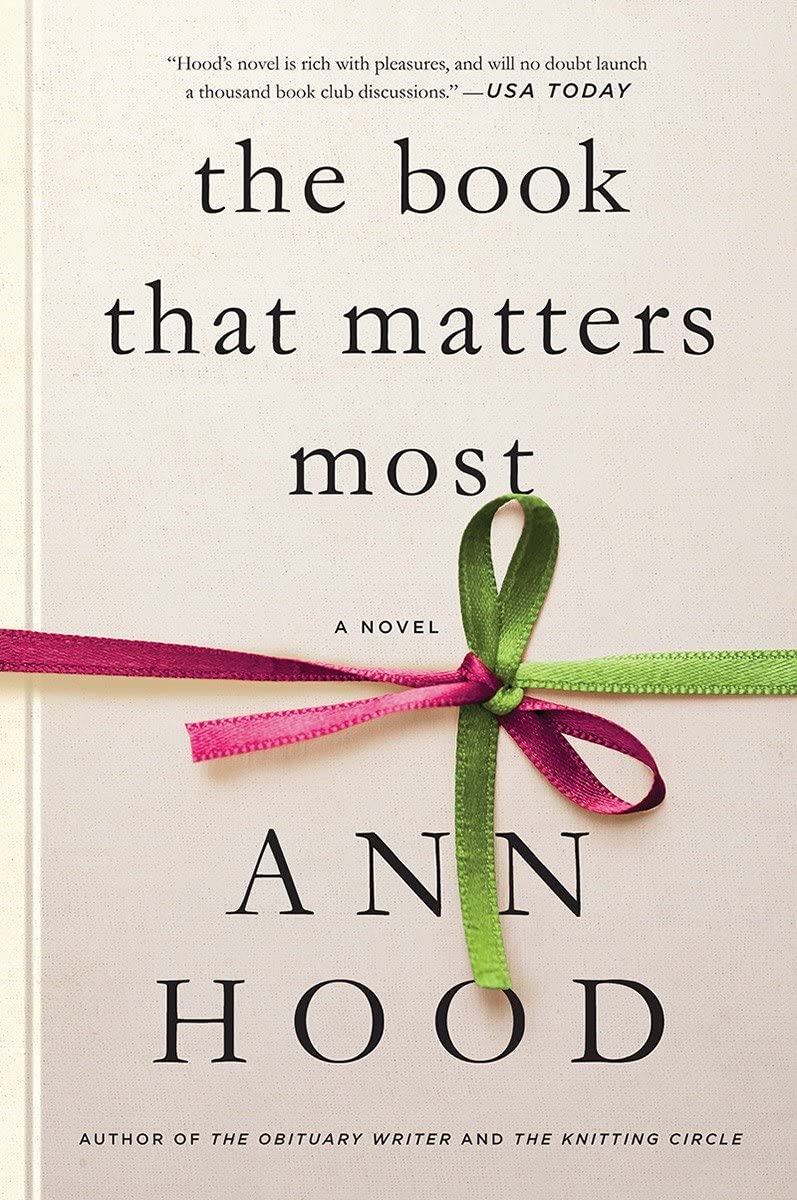 The Book That Matters the Most by Ann Hood

Ava’s longtime marriage ends when her husband leaves her for another woman, so she joins a book club for both companionship and to find fellowship with other readers. When the group decides to have each member present the book that matters most to them, Ava sets out to find a book from her childhood that she remembers loving when she was young and one that helped her cope with the deaths of her mother and sister. Ava’s quest to find this book and connect with the book’s author eventually guide her on a mission to come to terms with the secrets from her past.