While there are hundreds of historical fiction titles set during World War 2, there are significantly fewer books set during the Civil War and the Reconstruction Era following the war. That time period eerily reflects our current world with significant political strife, attacks on the truth, and overt racism. Reading about that era is an interesting glimpse into how people dealt with these issues over a hundred and fifty years ago. I chose ten novels that are set during the time period that depict different perspectives and people; most are already published, but a few come out later in 2022. 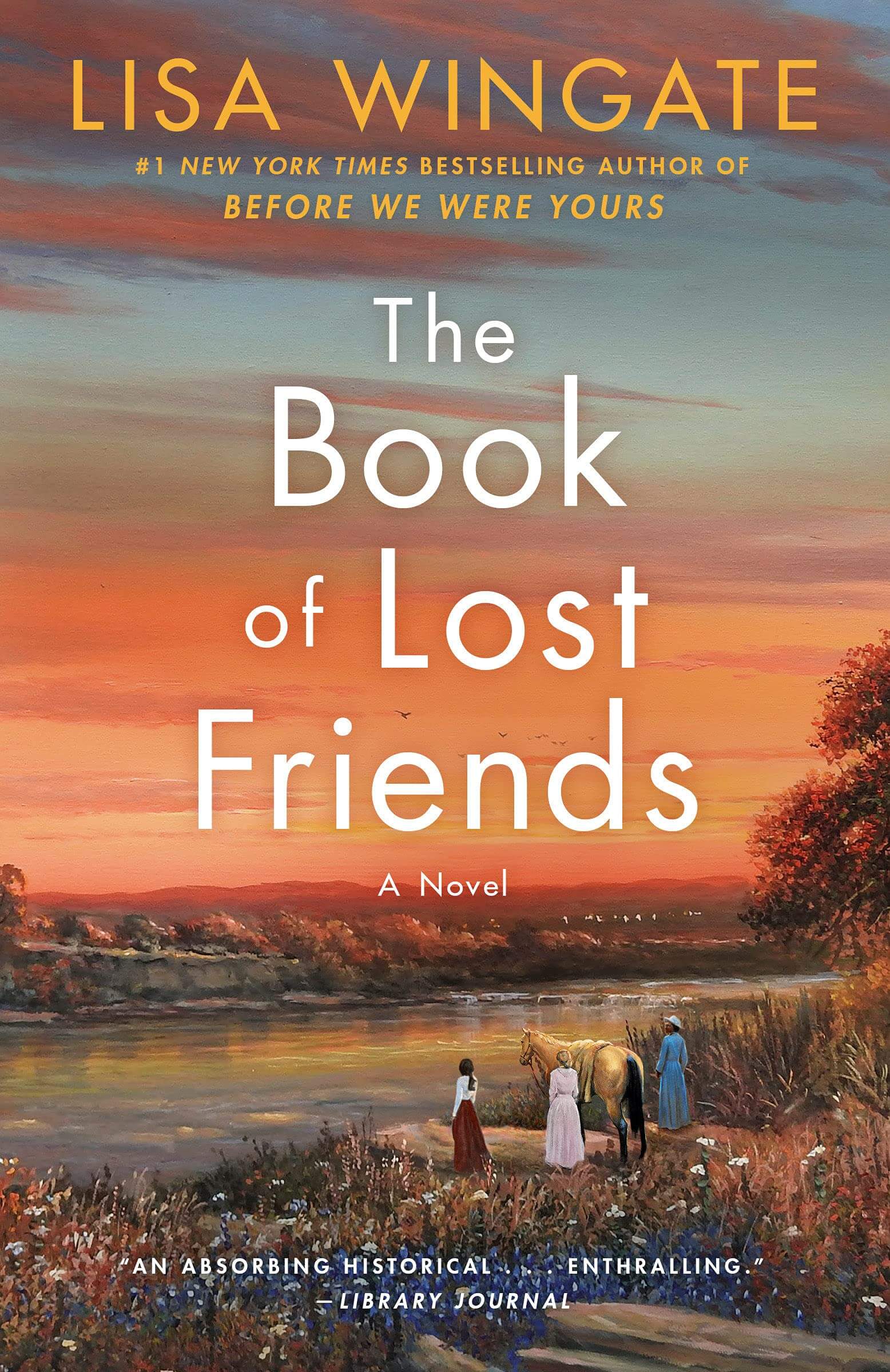 The Book of Lost Friends by Lisa Wingate

Following the end of the Civil War, freed slaves frequently searched for lost loved ones by placing “Lost Friends” advertisements in the Southwestern Christian Advocate, a Methodist newspaper. Toggling back and forth between 1875 and 1987, The Book of Lost Friends brings to life the individuals behind one such advertisement while also interweaving many other actual advertisements throughout the book. In 1875, an unlikely trio of women head to Texas, each with their own personal mission. In 1987, a teacher stumbles across their story and seeks to understand what happened to these women. Inspired by historical events, The Book of Lost Friends is a tale of three women on a journey in the post-Civil war south, along with the story of a teacher who rediscovers their story and its connection to her students’ lives. 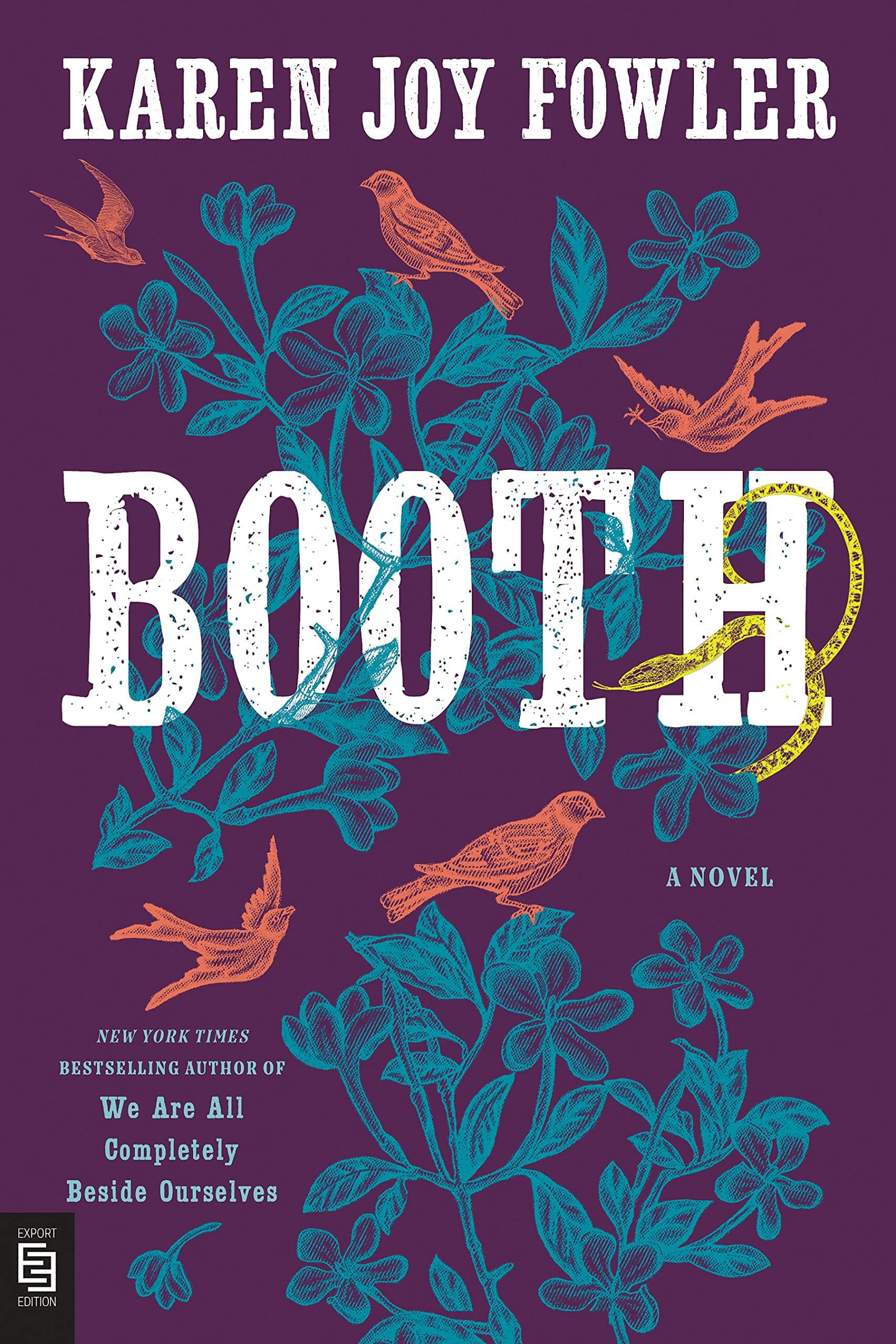 Booth delves into and at times reimagines the complicated lives of a gifted family of stage actors who were also the family behind the infamous John Wilkes Booth. Fowler depicts a nation deeply divided by politics where alcoholism is prevalent, people deny facts, and death is all too common from disease. Amid this tumultuous time, she chronicles the story of a complex family whose lives, as well as the lives of the rest of the country, were forever changed by one of their members. Interwoven into the Wilkes’ taleare chapters highlighting President Lincoln’s life, career, and speeches, a foreshadowing of what is to come. 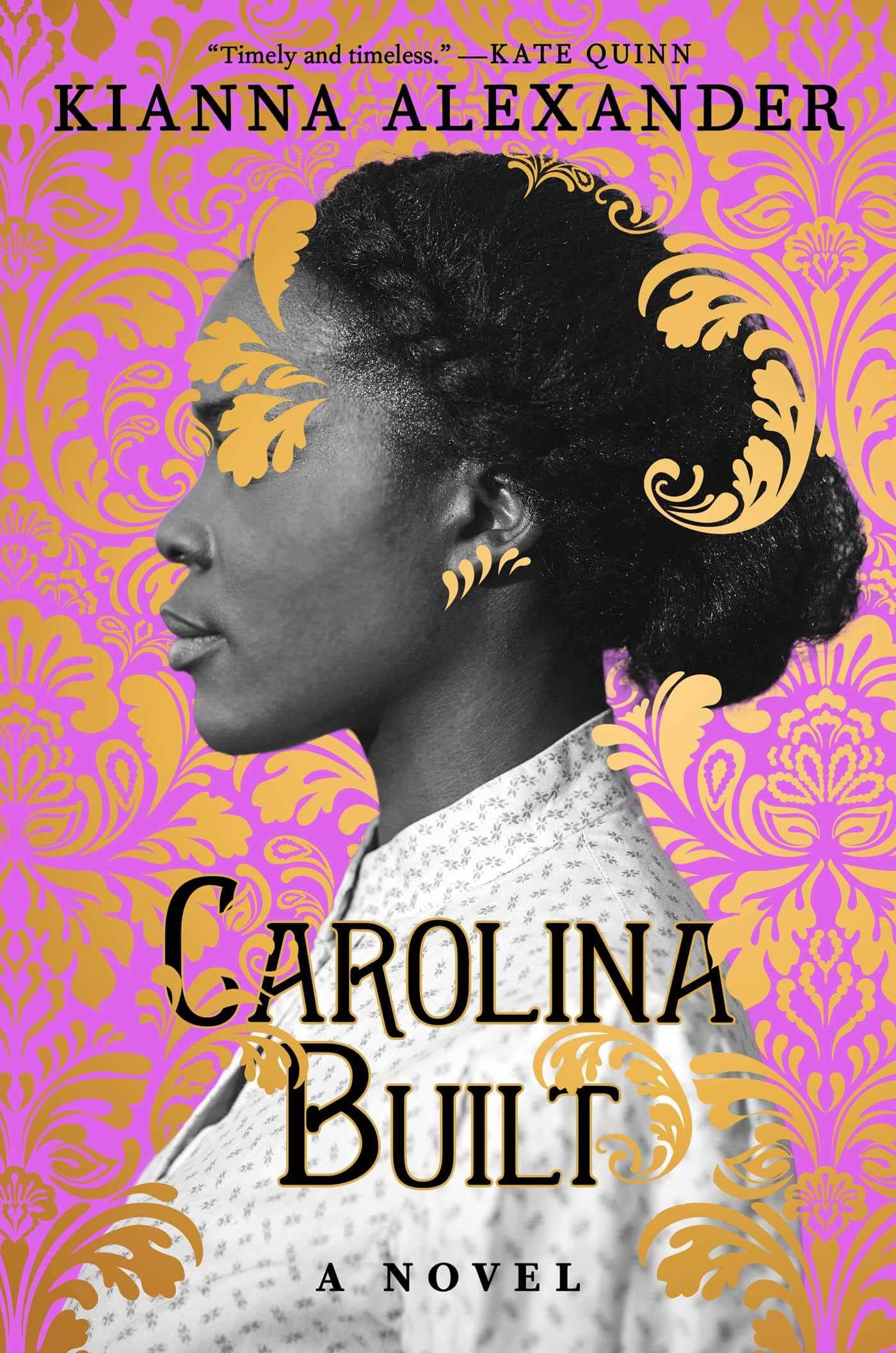 Set in Reconstruction-era North Carolina, Carolina Built follows newly emancipated Josephine Leary as she builds a new life for herself and begins to amass property and other investments to leave a lasting legacy for her offspring. The book opens as Josephine moves to a new town from a plantation where she was raised. There she meets and marries Archer, who she nicknames Sweety, and they begin their lives together. While Archer works at a barbershop, Josephine begins to buy property, studying the way others acquire land and learning from them, but obstacles are frequently thrown in her path. Stirring and inspiring, Leary’s story is that of an unconventional woman whose fought to forge her own course. 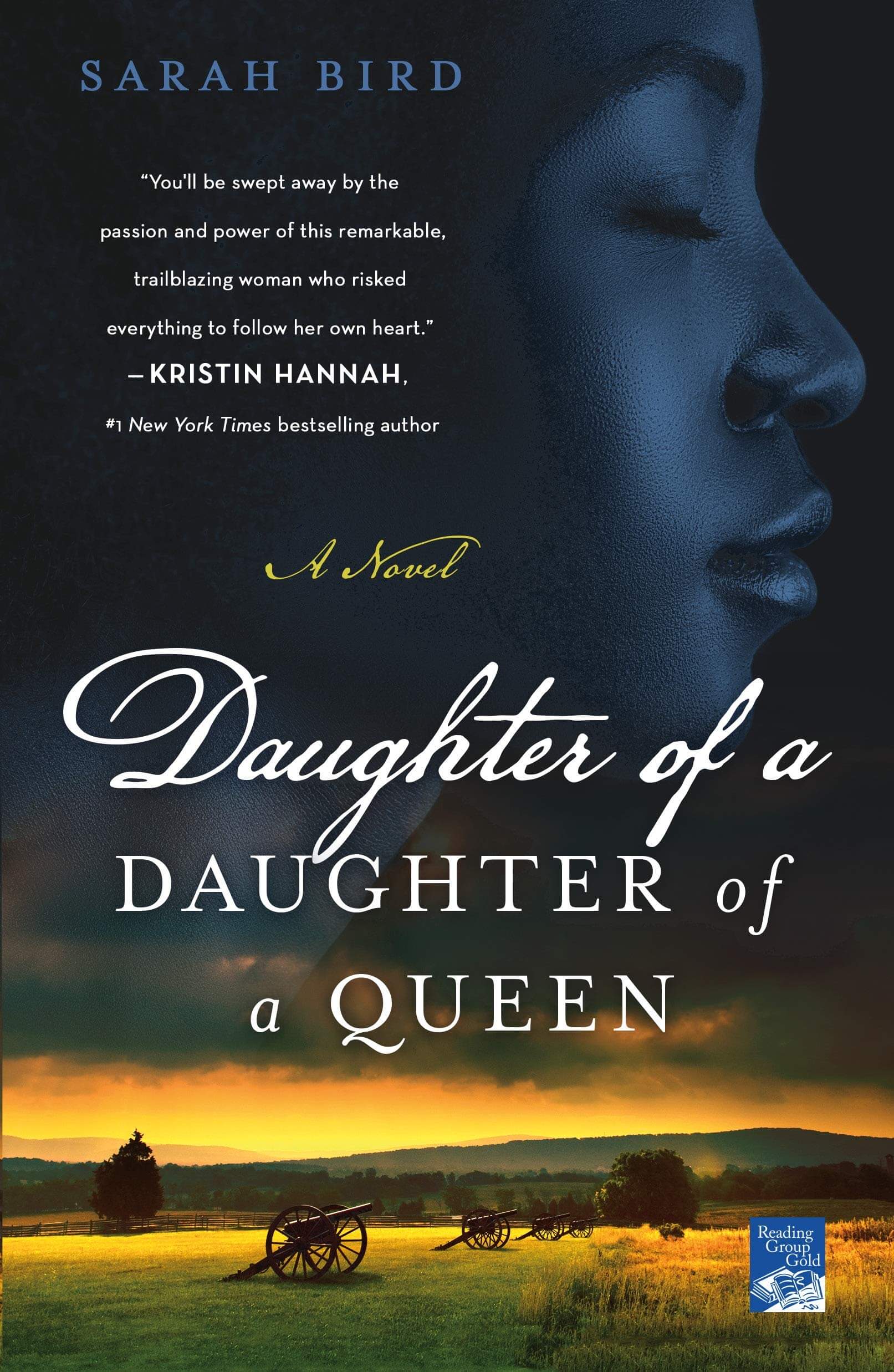 While she was born a slave in Missouri, Cathy’s grandmother was a warrior queen in Africa, so her mother told her to consider herself a captive until she could escape. Her liberation comes in the form of Union General Phillip Henry Sheridan who, with his men, ransacks the plantation on which she lives. Sheridan takes her to an army camp where she serves as assistant to Sheridan’s cook. Surrounded by men, she uses this to her advantage and transforms herself into Private Williams, joining the Army’s legendary Buffalo Soldiers to avoid living a life of servitude. Inspired by the story of the real-life Private Williams, this American heroine’s bravery and resilience is brought to life in this expansive  tale. 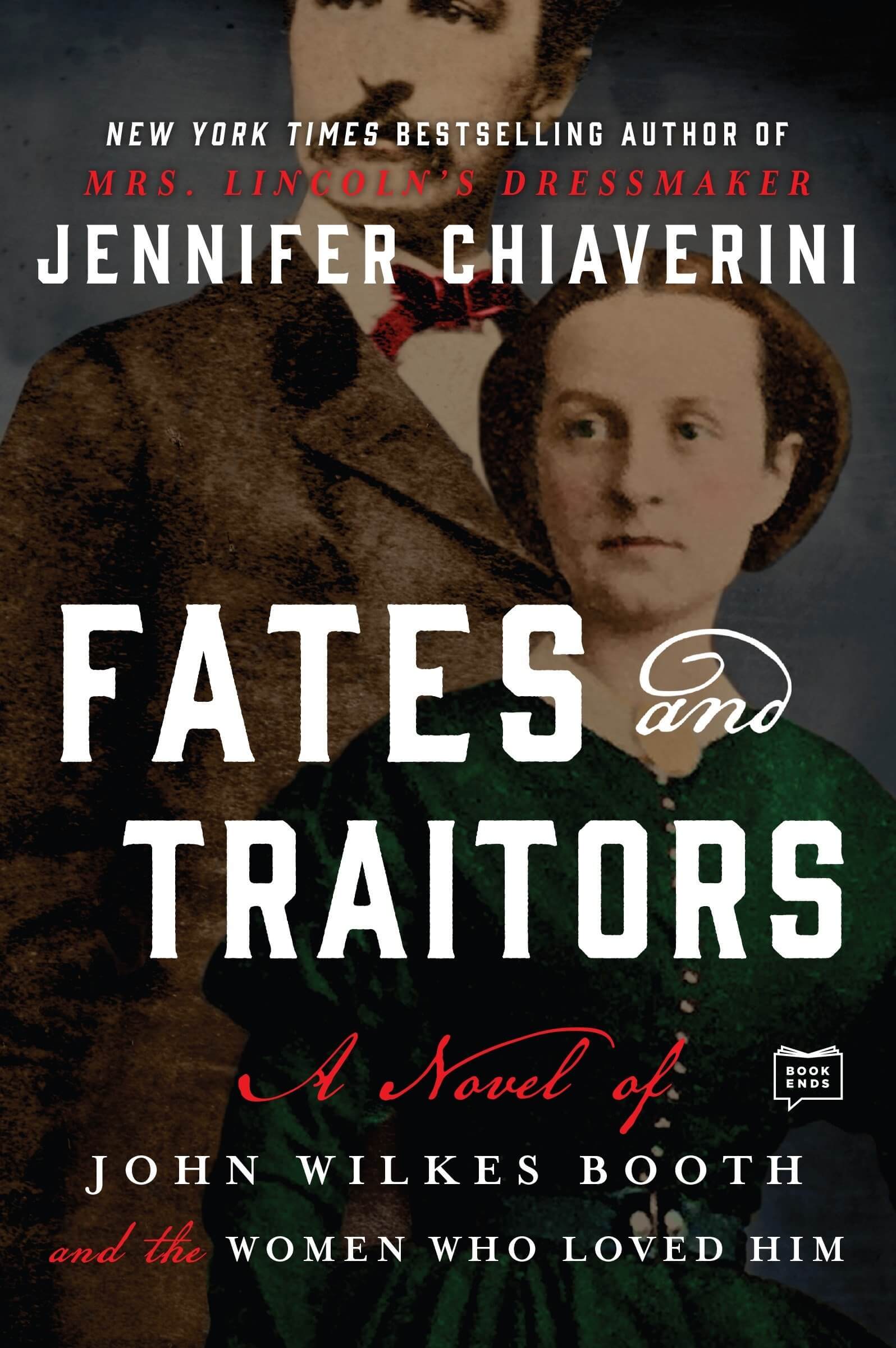 John Wilkes Booth is well known as the assassin of Abraham Lincoln, and Fates & Traitors follows the lives of the four main women that surrounded him: his mother Mary Ann, his sister Asia, his secret fiancée Lucy Hale, and Mary Surratt, a widow and Confederate sympathizer who allowed Booth and his fellow conspirators to meet in her boarding house. Using a unique perspective to tell Booth’s story, Chiaverini focuses on the tumultuous turn of events that unfolded from the viewpoint of these women, and the horror they experienced when each woman realized that he had actually killed President Lincoln. 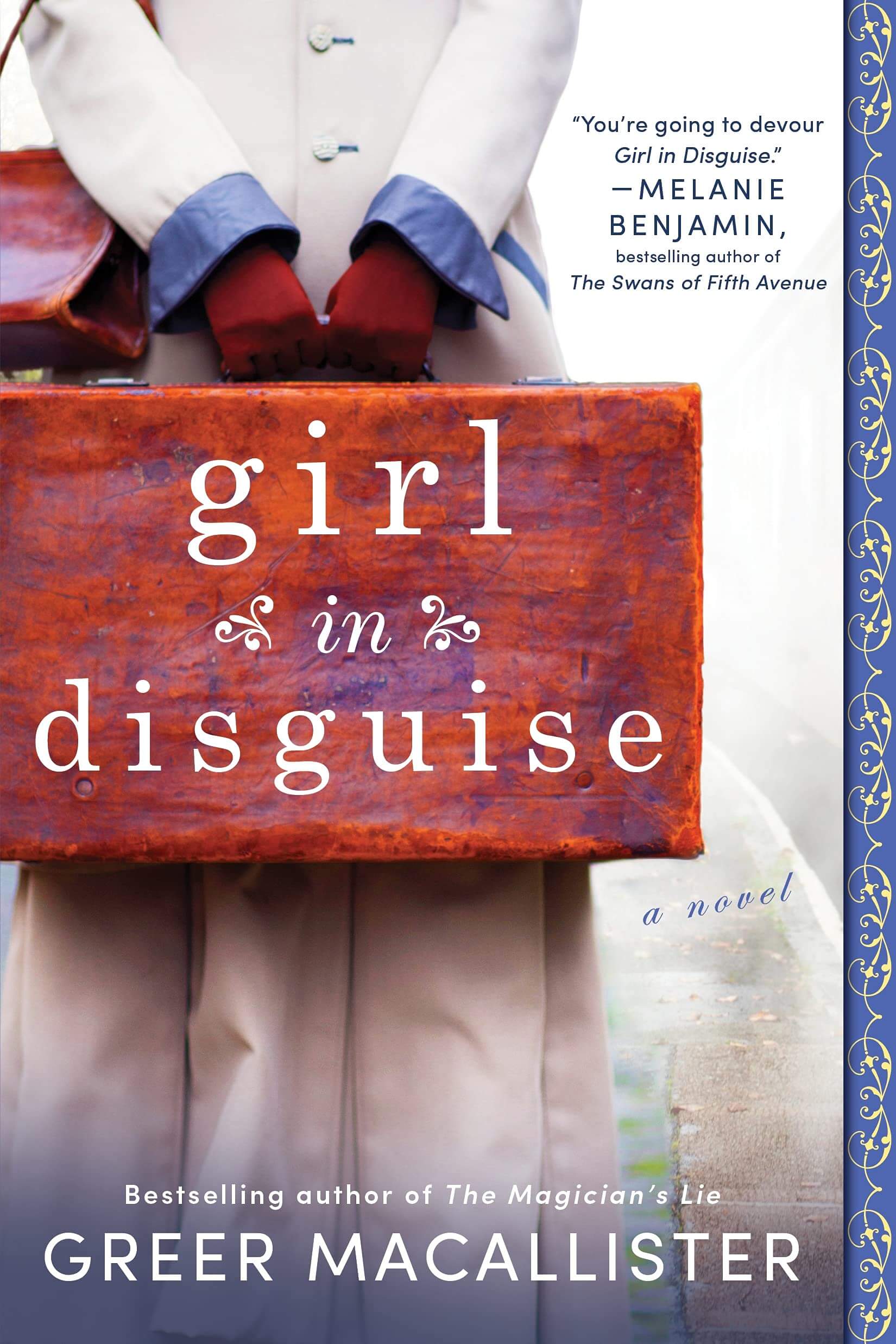 Girl in Disguise by Greer Macallister

Girl in Disguise is the story of Kate Warne, the first female detective hired by the Pinkerton Agency. Kate was the daughter of traveling actors and con artists who was forced into a loveless marriage that ended with her becoming a young widow. When she answered an ad for Pinkerton agents, Pinkerton hired her and she became one of Pinkerton’s top agents as well as heading up the Female Detective division for him. Because she is female, she can go places and disguise herself in ways that men cannot even helping thwart an assassination attempt on President Lincoln. 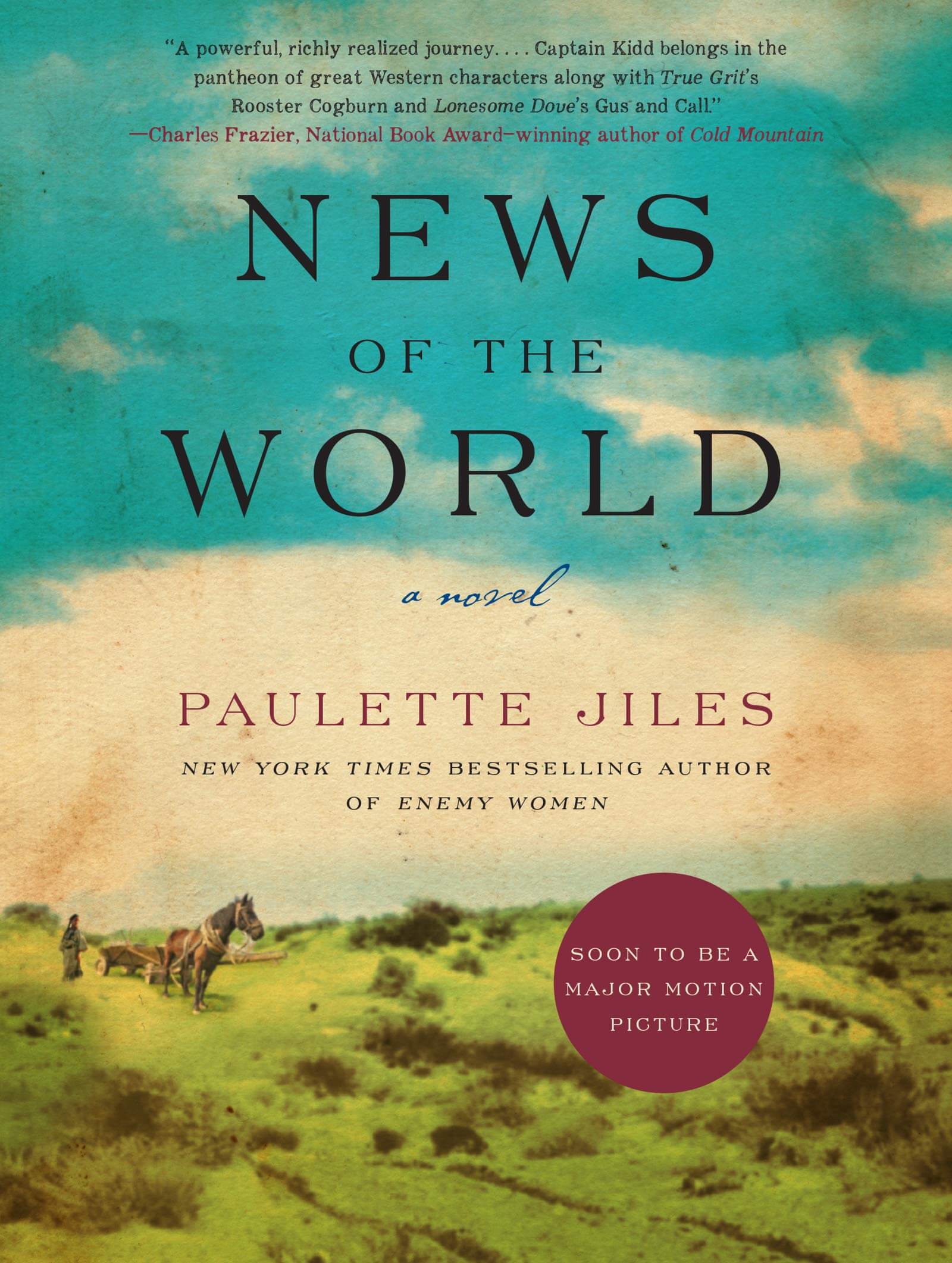 News of the World by Paulette Jiles

Set in Post-Civil War era Texas, Jiles tells the story of Captain Jefferson Kyle Kidd, an aging veteran of several wars who travels across Texas reading the news to various towns and communities. When the book opens, Captain Kidd is asked to transport ten-year-old Johanna, who was recently released from captivity by the Kiowa, to her relatives near San Antonio. The pair begins their journey up in Wichita Falls, Texas near Indian Territory and makes their way south through areas fraught with danger due to the terrain, various warring Indian tribes and bands of raiders taking advantage of the lawless Reconstruction-Era Texas. Initially uncomfortable with each other, the pair slowly begin to trust each other, forming a bond that will hopefully help them survive their treacherous journey. 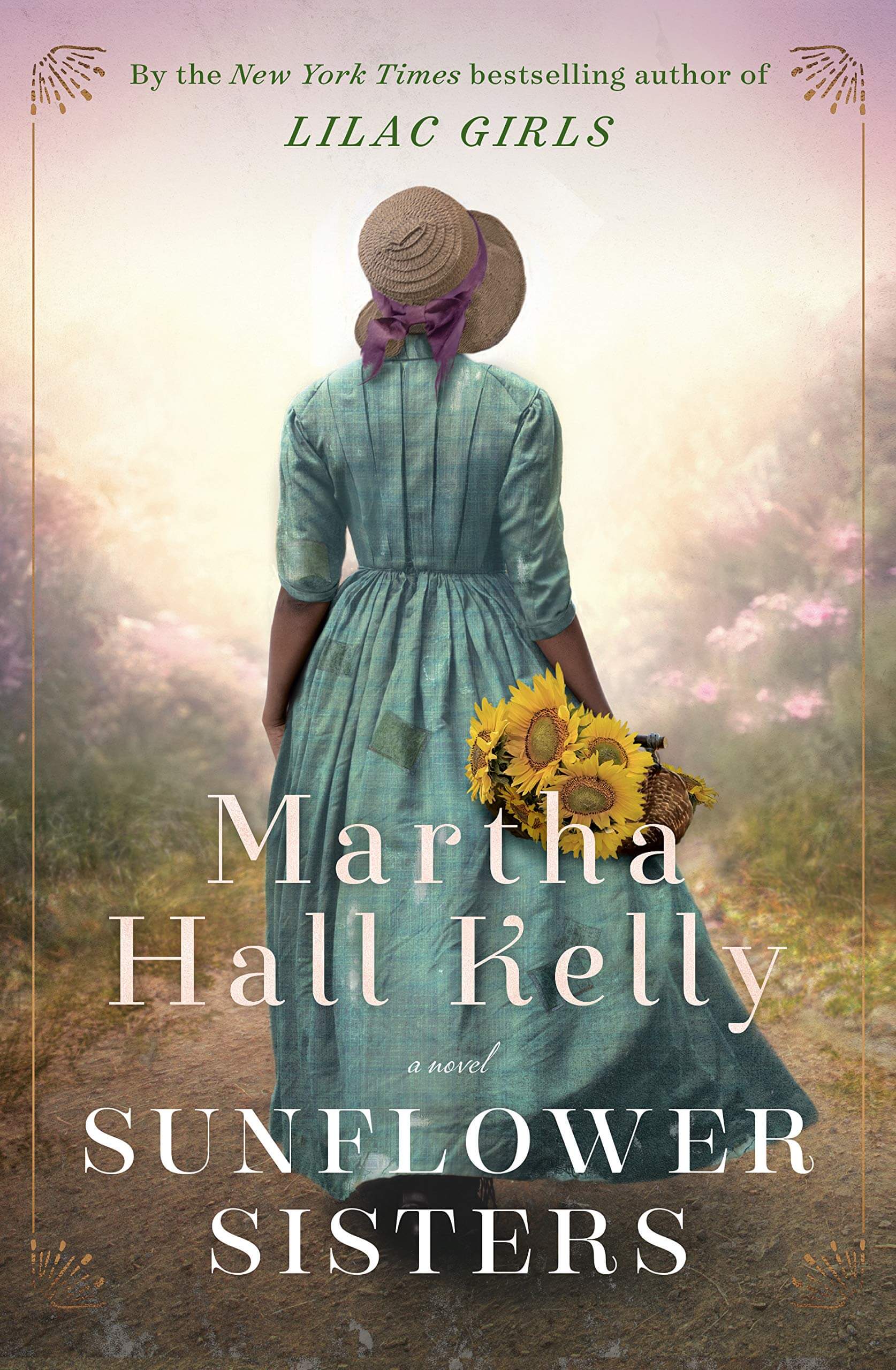 While Sunflower Sisters is the third book in a trilogy, the books move backwards chronologically so it can be read first. Sunflower Sisters tells the story of Georgeanna Woolsey, who during the 1860s, becomes a Union nurse as the Civil War begins to ravage lives across the country, Jemma, a slave on a Maryland plantation, and Ann-May Wilson, who recently inherited that plantation from her deceased aunt. Inspired by true events, the novel provides a clear picture of the era, the war, and slavery, and travels from Maryland to Washington to Gettysburg to war-torn New York City providing glimpses into what life was like on plantations, at society dinners, in the shacks where the slaves lived, on battlefields and in hospitals. 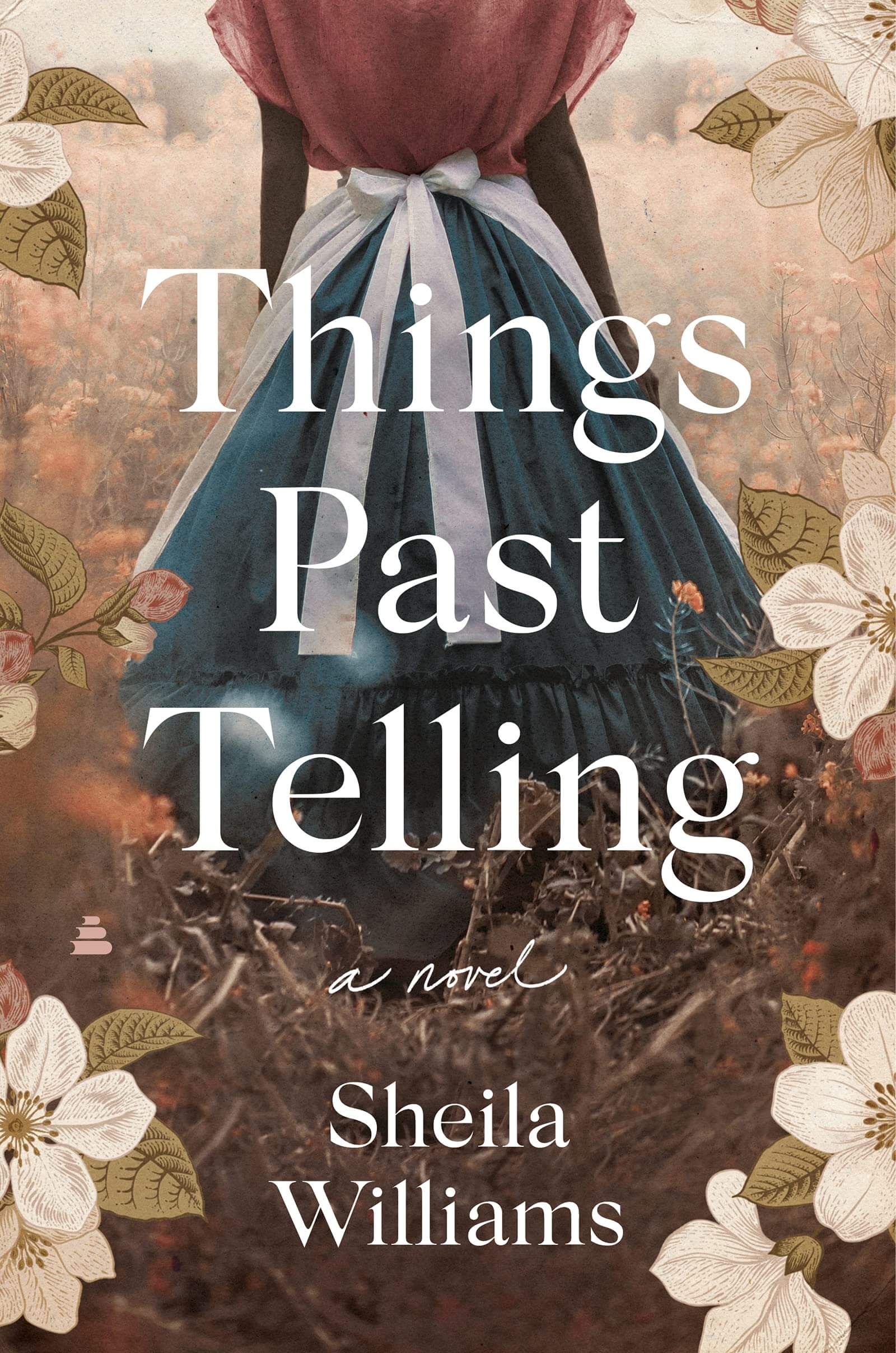 Things Past Telling by Sheila Williams

Things Past Telling is a sweeping saga of a woman’s 112 years from her birth in Africa, to her enslavement and then ending as a free woman again following the Civil War.  Maryam Prescilla Grace, eventually known as Momma Grace, is stolen from her village and taken to the Caribbean. She is subsequently sold and sent to the United States where her skills as a midwife are needed. There, Maryam takes care of both slaves and her master while finding love and family only to have them sold away from her. Loosely based on the author’s family history, the tale depicts the determination and strength she and so many other slaves had despite the horrific experiences they endured. 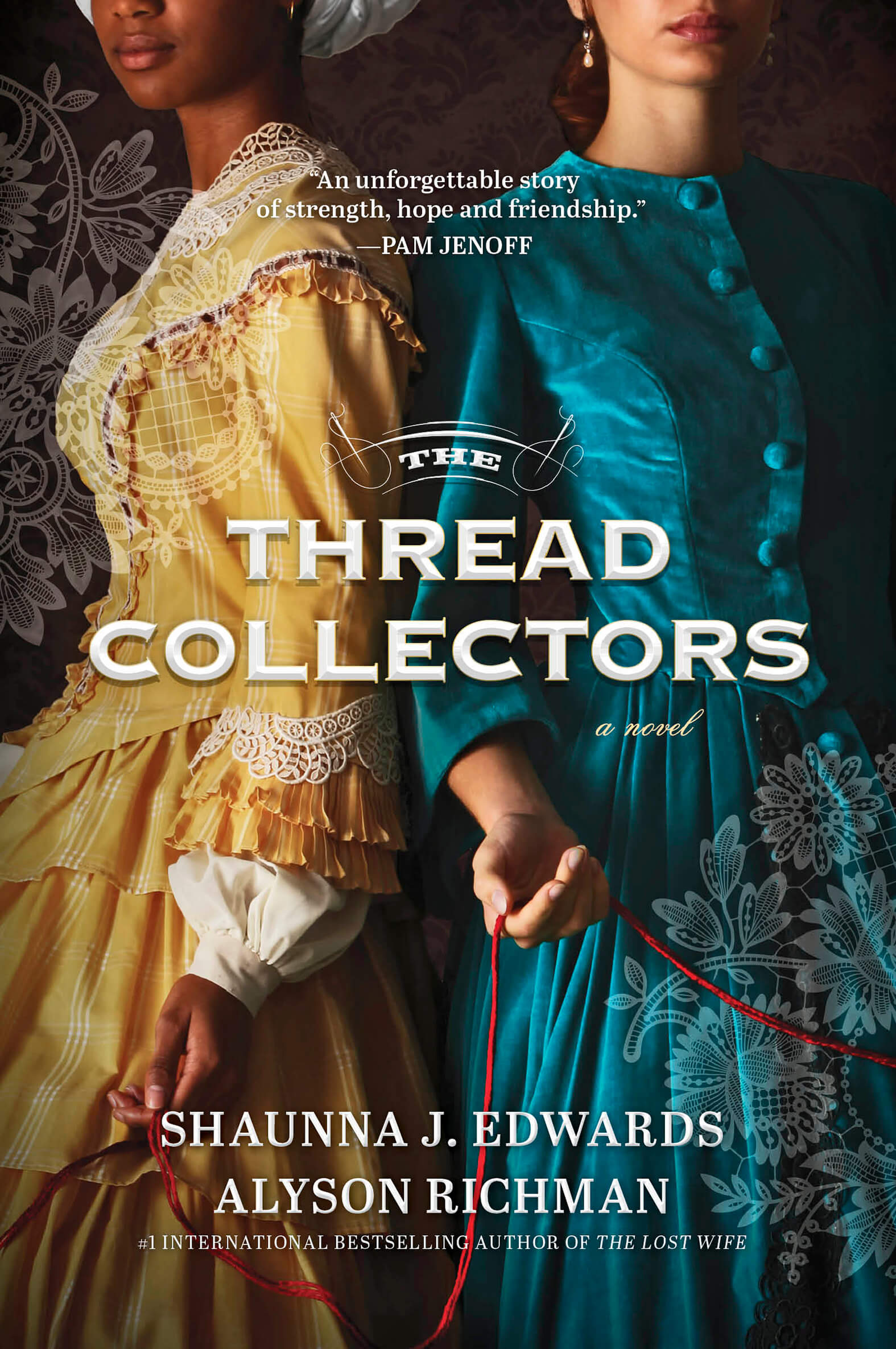 The Thread Collectors by Shaunna Edwards and Alyson Richman

Set in the midst of the Civil War, The Thread Collectors follows two very different women whose paths collide unexpectedly. In New Orleans, Stella, a young Black woman, sews maps that help enslaved men escape and join the Union Army. Lily, a Jewish woman in New York City, creates a quilt for her husband, a Union soldier stationed in Louisiana. When she goes months without hearing from him, she decides to journey to Louisiana to find him. Loosely based on both authors’ family histories, the novel focuses on the threads that bind people and ultimately save them.