Starting over can be scary, no matter what stage of life you’re in. However, it’s never too late to hit that re-start button and change courses. This list of ten books encompasses what it means to pick a different path, begin again, and keep trying until you find your way. 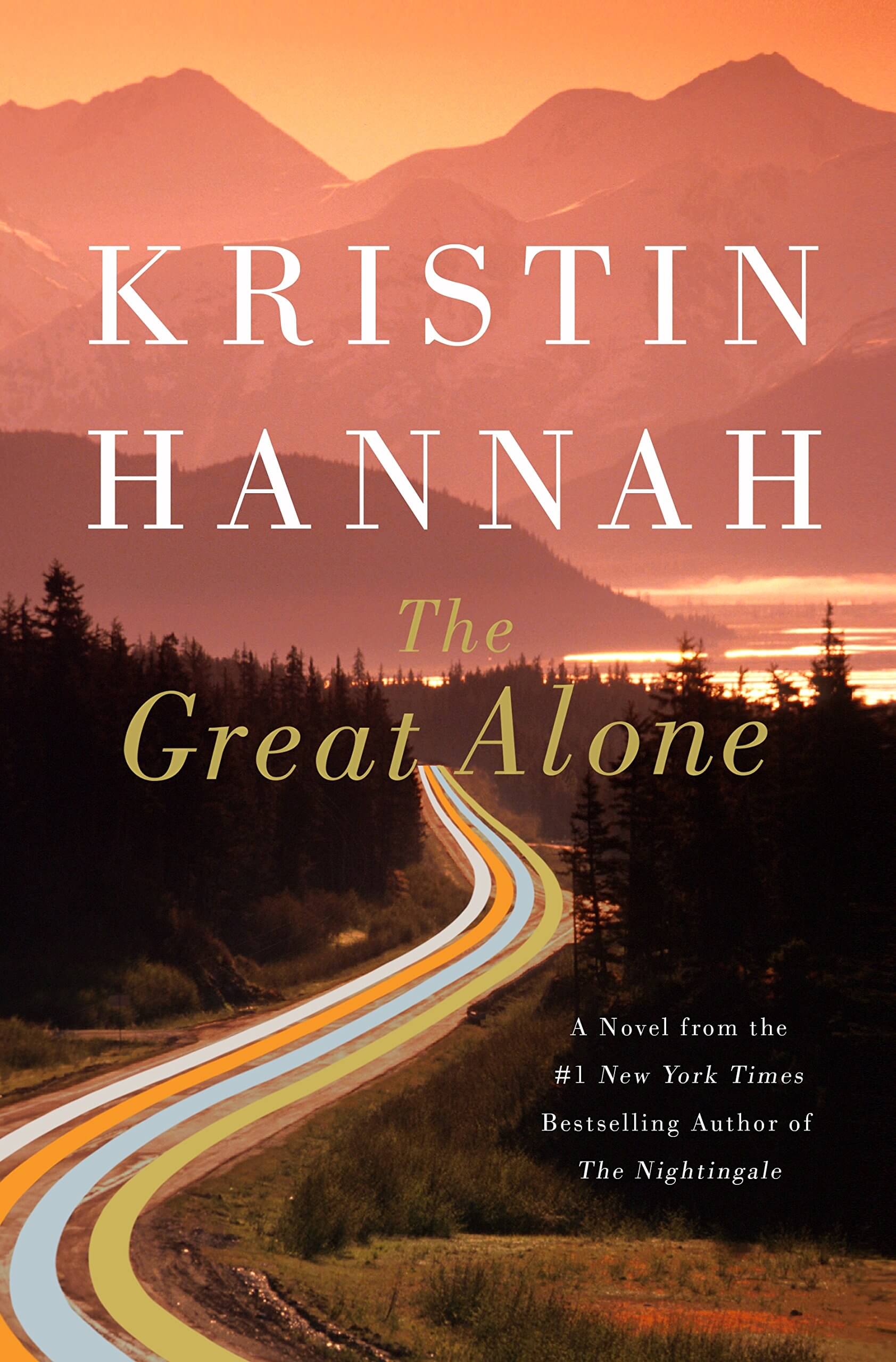 Ernt was not the same man who left for the Vietnam War upon arrival back home. Feeling unsettled and out of sorts, he decides to move his family to a remote town in Alaska. While his thirteen-year-old daughter Leni is feeling unsure, she’s doing her best to have a good attitude in hopes that this will improve the relationship between her parents. Pleasantly surprised by what they find, they are greeted by a community of strong men and women who step in to make the Albrights feel prepared for the inclement weather. But when Ernt snaps, Leni and her mom realize that now they are on their own. 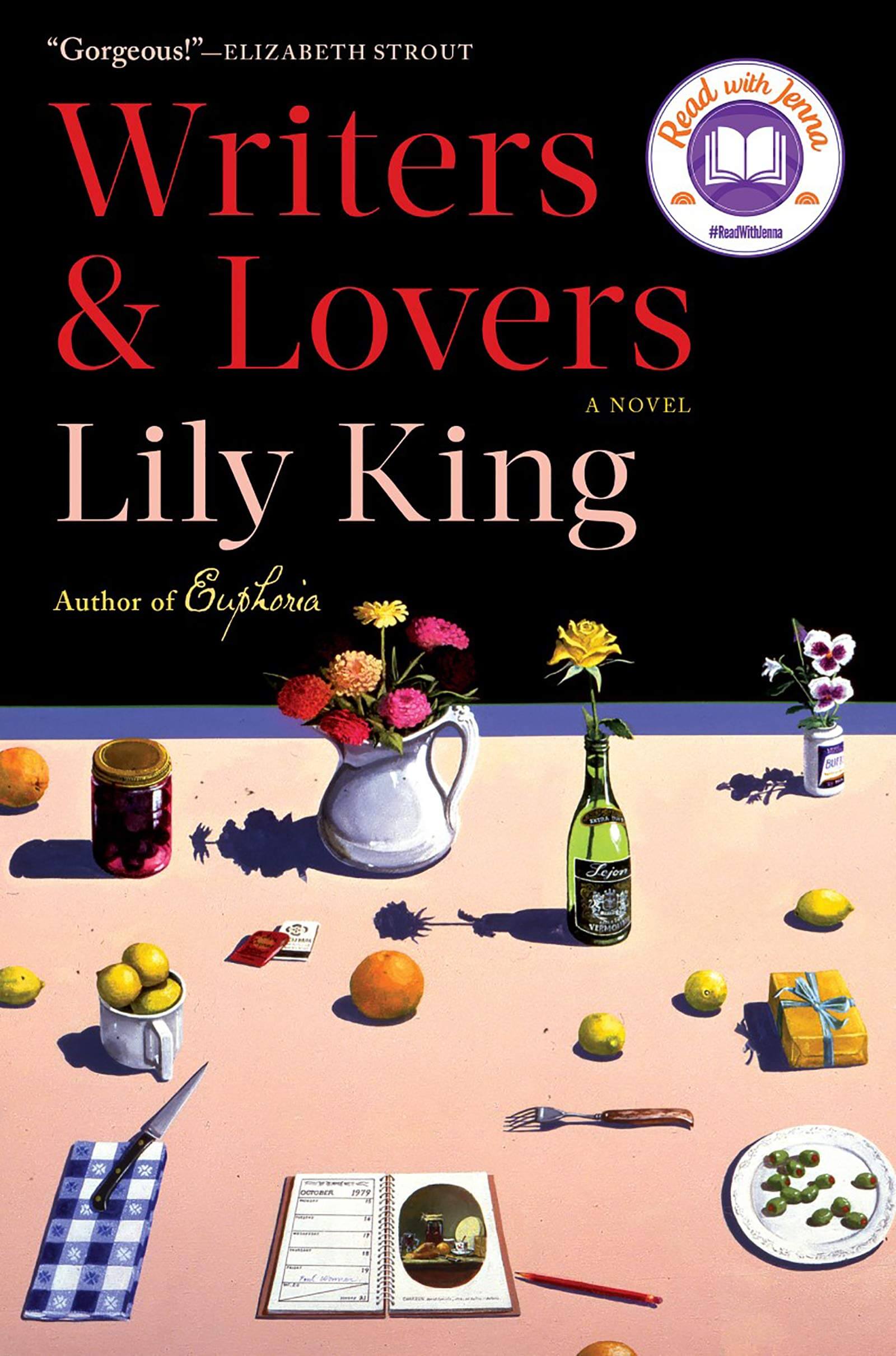 When Casey’s mom passes away without warning in the summer of 1997, she decides to pick up and move to Massachusetts for a fresh start. For six years, she’s been writing a book and feeling stuck between doing what she loves and the need to make money. Once a promising golf athlete, she now works as a waitress and can barely afford to rent her studio apartment. Doing her best just to get by and still determined to live the life she wants, she’s caught off guard when she ends up dating two different men simultaneously. Something has got to give, and it just might be her sanity. 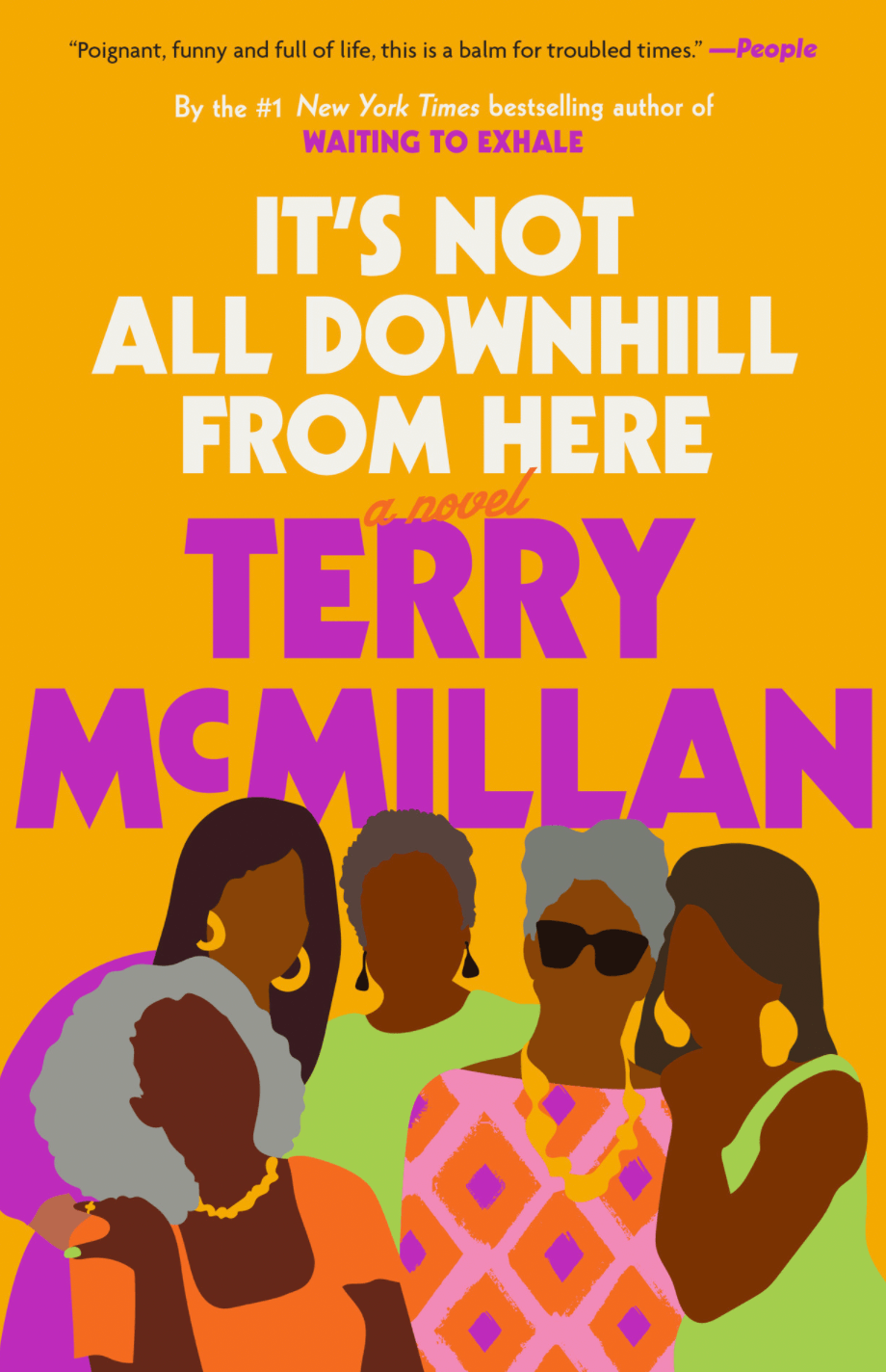 It’s Not All Downhill From Here by Terry McMillan

Even though she’s in her late sixties, Loretha Curry is living her best life. She’s blessed with a devoted husband, wonderful friends, and a successful career in the beauty industry. Happy and thriving, she’s determined to prove everyone wrong who says that the best days are behind her. After all, age is just a number. When faced with an unexpected loss, her whole world shatters, and all her joy turns to sorrow. To get through this, she must find a way to tap back into that bliss and strength to forge ahead. With the support of her friends, she is determined to find her way back. 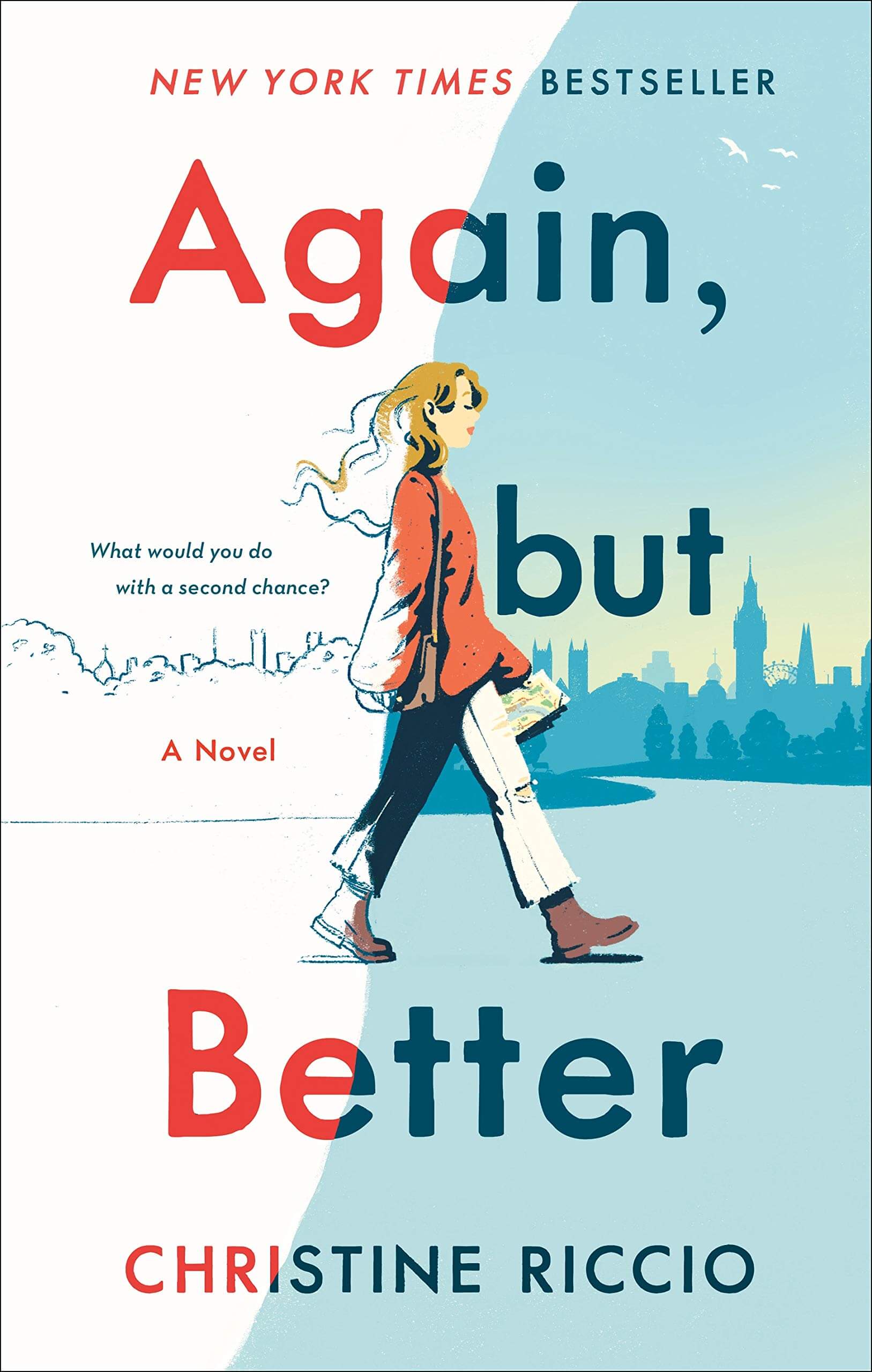 On the outside, it seems like Shane has got her life together. Even though she’s a pre-med student with good grades and supportive parents, her life lacks friendship, dating and adventure. On a whim, she signs up to do a semester in London, hoping that this is the change that’s needed to step out of her comfort zone. But when she gets there, she quickly realizes that she misses the comforts of home and starts to wonder if this is a terrible decision. Knowing that she is here for the next few months, she does what she has to do to make the best of it, and with a little luck, things just might turn around. 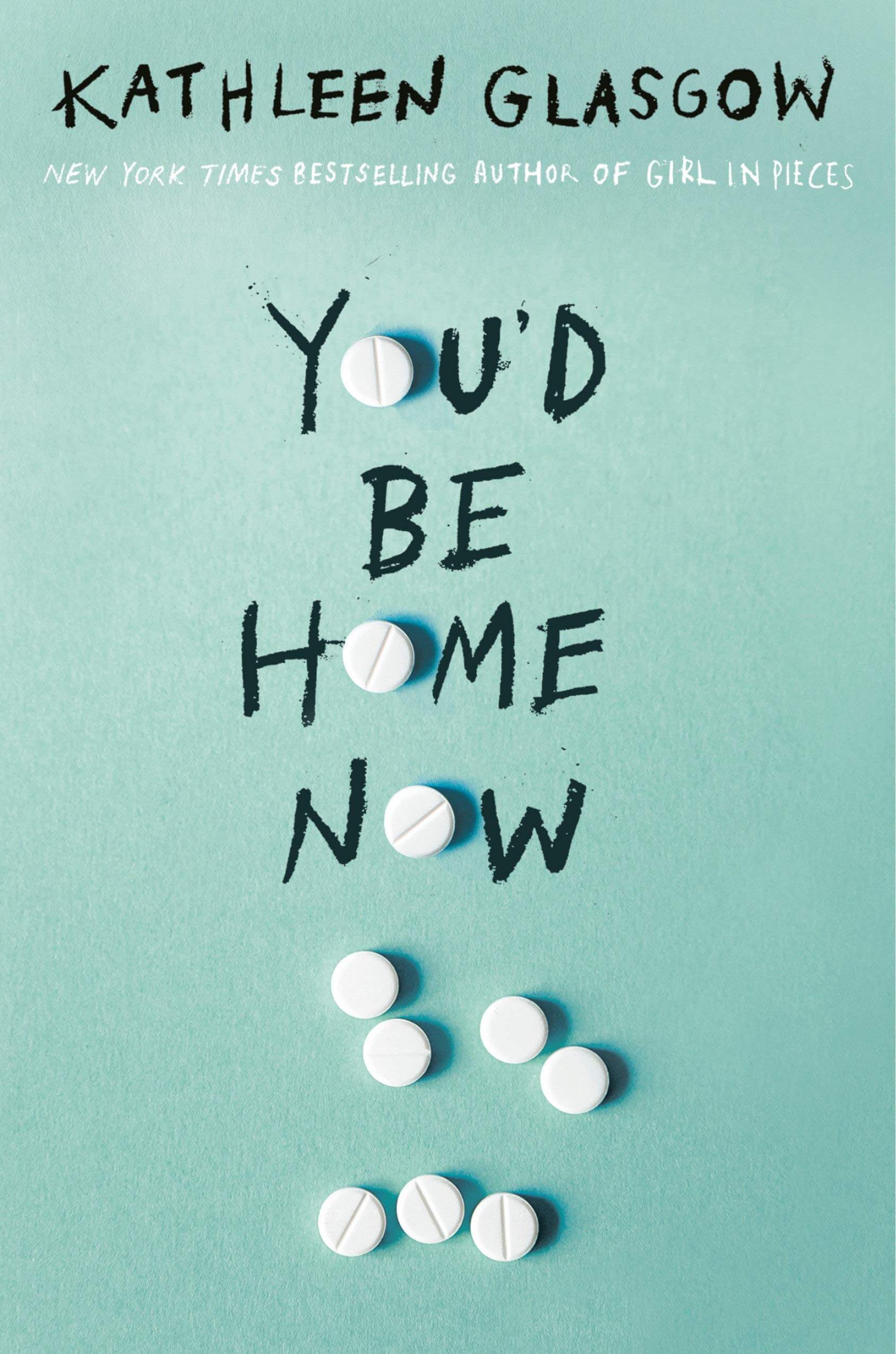 Emory has always struggled with finding her identity because other people are so quick to label her. Known as a rich girl, or the sister of someone else, it’s been hard for her to break through the barriers that have defined her. One label she doesn’t like is her brother’s, and him being known as a druggie. The stereotype becomes a serious matter when Joey and Emory are involved in a car accident that kills Candy MontClaire. Upon Joey’s return from rehab, she realizes that perception shapes people’s realities, and she and her family struggle to pick up the pieces and re-write the story. 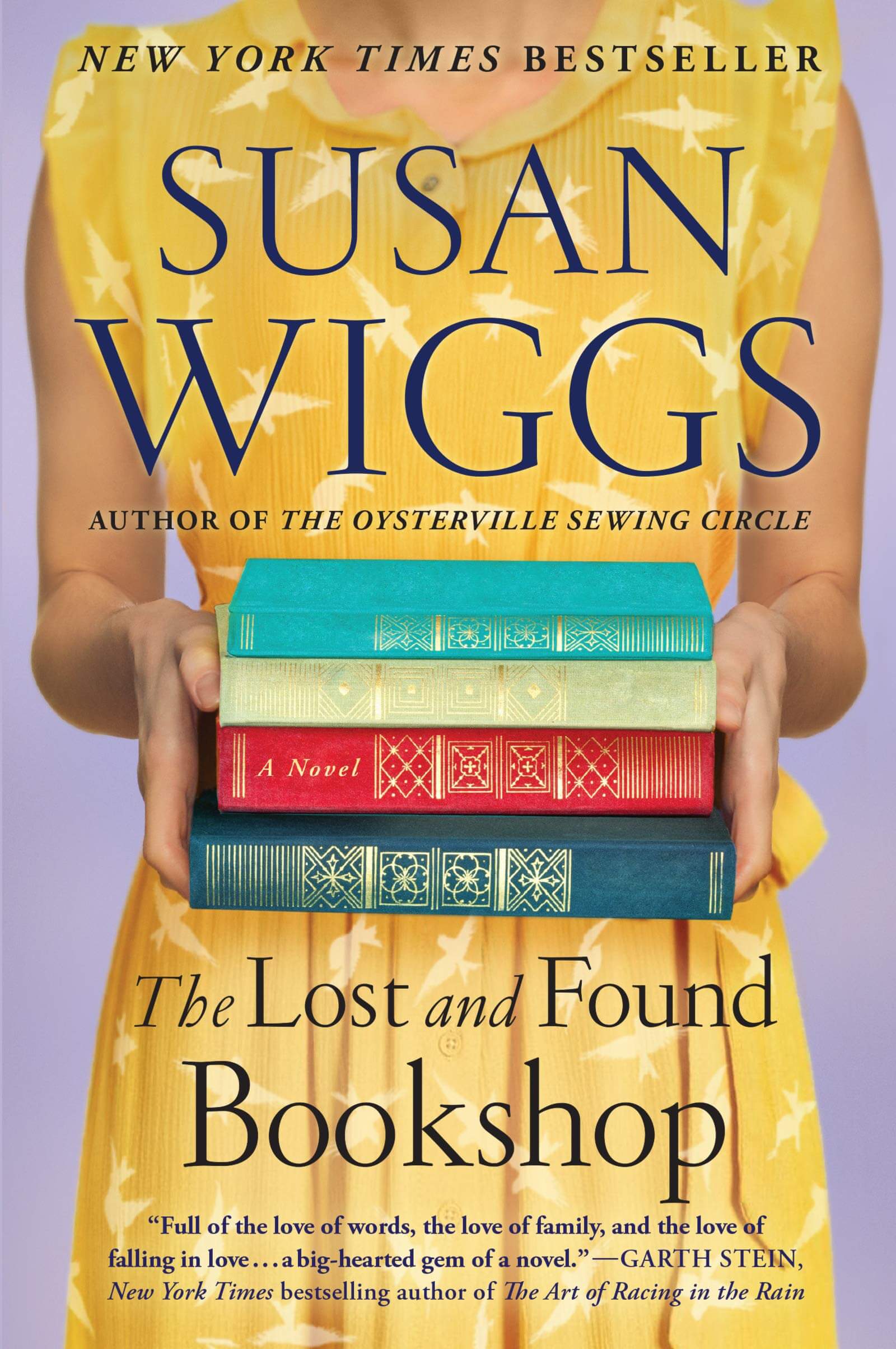 The Lost and Found Bookshop by Susan Wiggs

Natalie Harper suddenly finds herself as the new owner of her mom’s bookstore in San Francisco, and at the same time, caretaker of her grandpa. As his health is declining, she thinks it’s best to sell the shop and put him into assisted living. The caveat is that he owns the building, and his dying wish is for Natalie to revive the store. Forced to move in another direction, she goes along with his requests and enlists help to give the space a much-needed facelift. Along the way, she develops strong relationships with these new people, realizing that life really does happen when you’re making other plans. 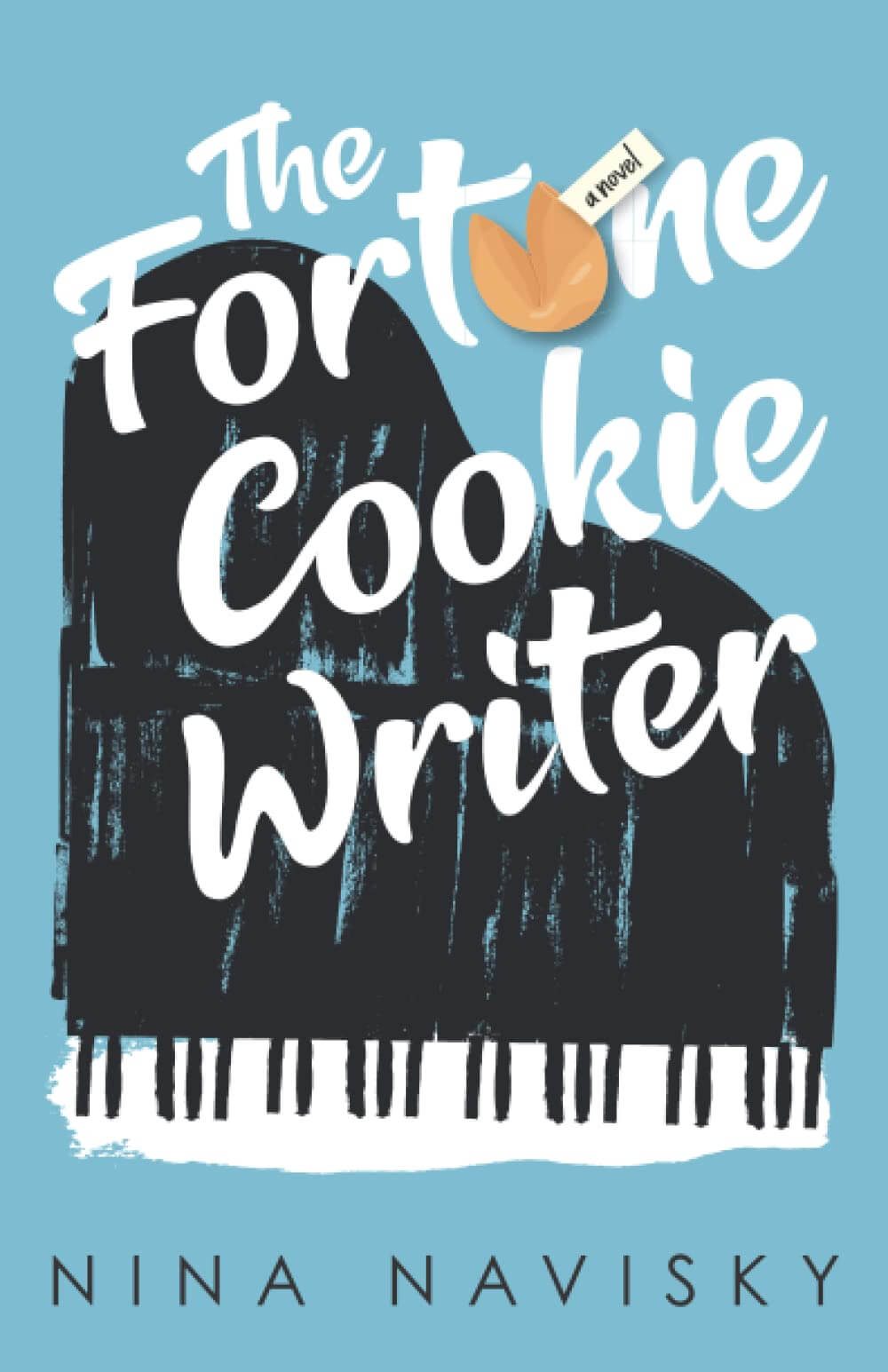 When Marissa’s husband asks for a divorce, everything changes in the blink of an eye. As she struggles to do life on her own, she spends her nights writing fortune cookies and her days walking dogs, all while trying to care for her son Owen who has odd behavioral issues. So, when she’s approached to make meals for a widow in her apartment building for a hefty amount of money, she can’t turn down the offer. But Rose is in her nineties, tends to speak in Yiddish, and is not welcoming to Marissa. However, she needs the cash and is determined to do whatever it takes to create a bright future for her son. 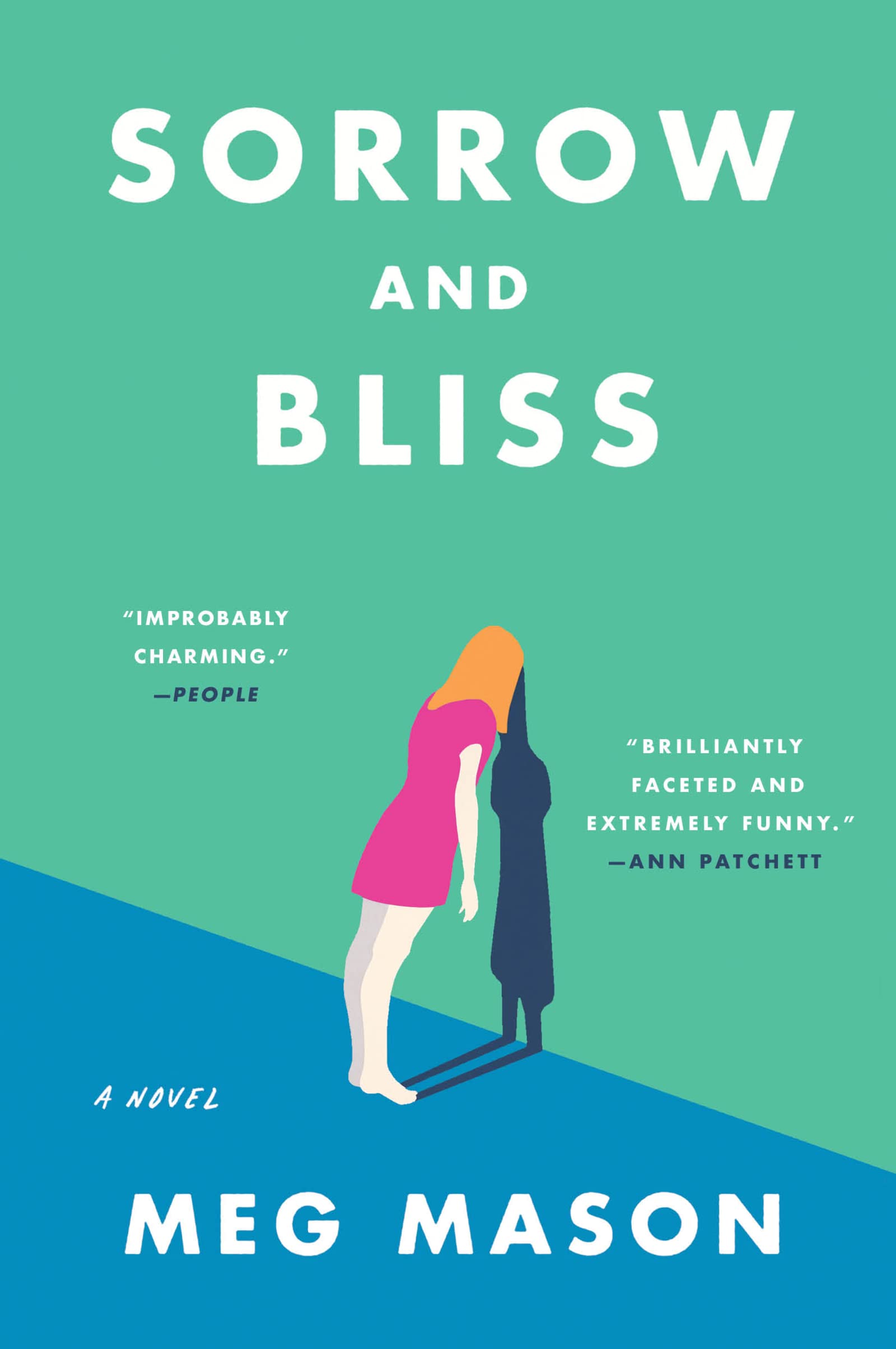 Sorrow and Bliss by Meg Mason

Forty-year-old Martha used to be on top of the world, working at Vogue and living in Paris. Now, she’s about to move out of the home she once shared with her estranged husband Patrick to move back in with her dysfunctional family. But Martha has been suffering from her own issues since she was seventeen. From one doctor’s appointment to another, she was desperate to find out why nothing made her happy and how she could suddenly alienate those closest to her. Now she has no other choice than to go back to where all the chaos started, hoping to find some answers and write a new ending. 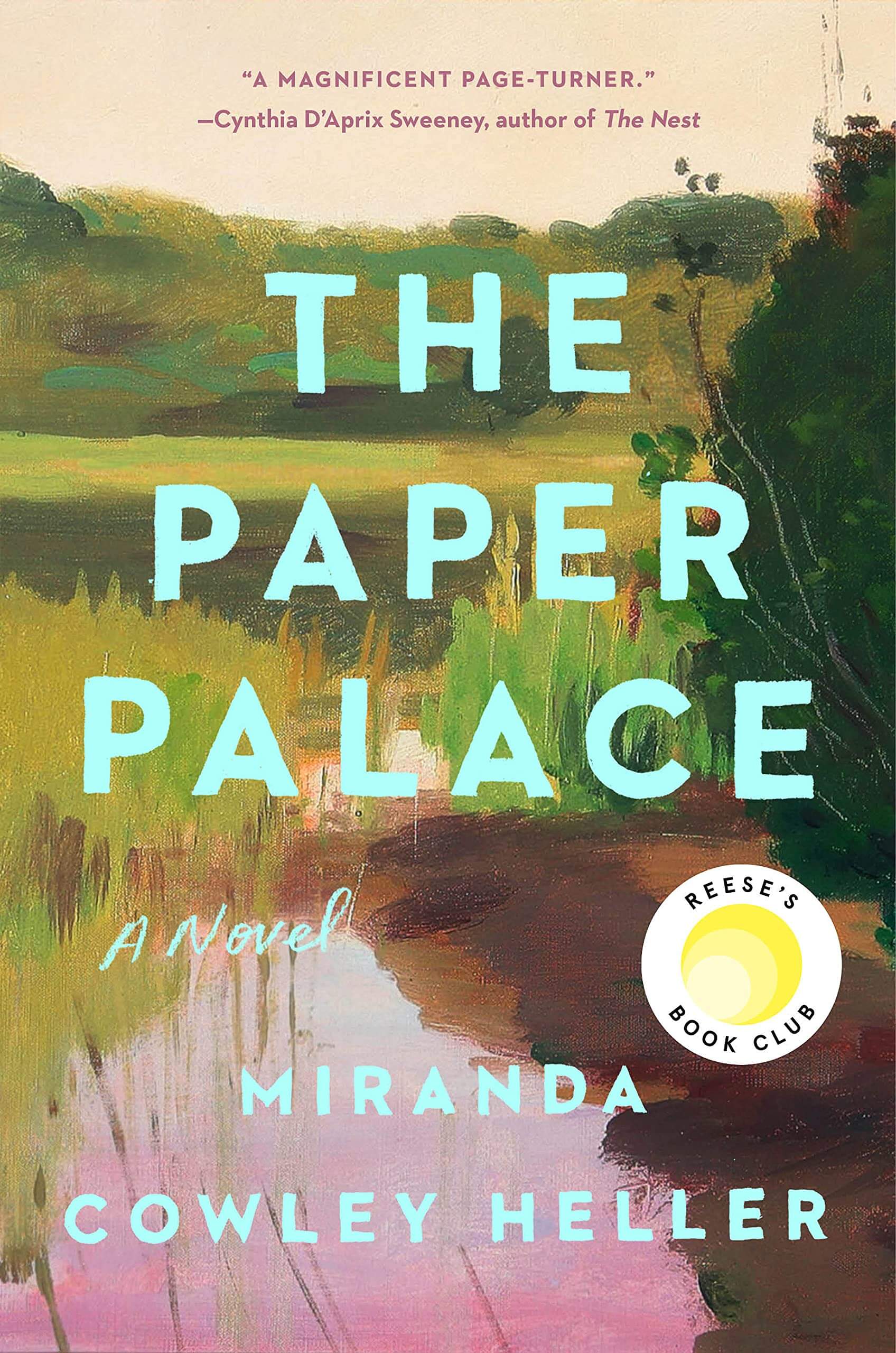 The Paper Palace has been the destination of fifty-year-old Elle’s family summer vacation for years. She has carved out a lovely life for herself as a happily married mother of three and looks forward to this trip every year. But one while everyone is asleep, she and her childhood sweetheart Jonas sneak away and for a night of passion that they’ve both been craving for decades. Although a tragedy sent them in different directions, Elle has always wondered what could have been. Now, she’s forced to decide if she stays in this comfortable life or start over new with the man she has always yearned for. 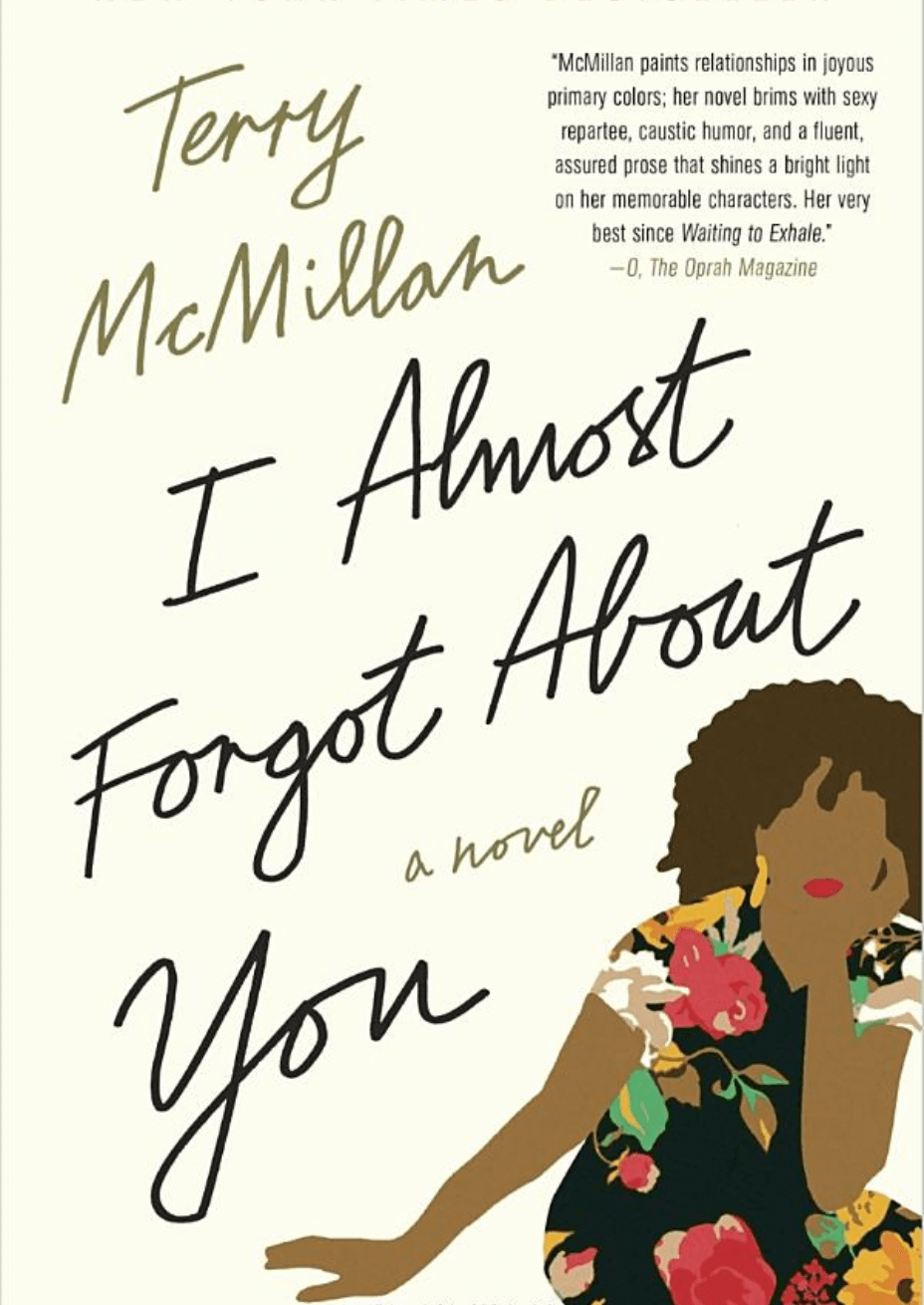 I Almost Forgot About You by Terry McMillan

Although Dr. Georgia Young is thriving in her career and has an exciting social life, she can’t help but feel like she’s missing the mark. Wanting more for herself, she makes an impulsive decision to leave her job as an optometrist and move out of her home in an attempt to begin again. Hoping for a fresh start and another chance at finding love, she quickly realizes that life is full of complexities that take her on a wild ride full of adventure. Whether or not she lands on her feet, she is confident that she will end up exactly where she’s supposed to be.