As a teenager, Nora Roberts books were one of my first introductions to adult romance novels. Her unique blend of real characters with real chemistry, heartfelt emotion, humor and suspense helped me fall in love with the genre and never look back. Having read about 80% of her catalog, I’m delighted to share my favorite Nora Roberts novels.

Don’t miss out on Brazen, the book-to-film adaptation of one of my favorites, Brazen Virtue, coming to Netflix on January 13, 2022. 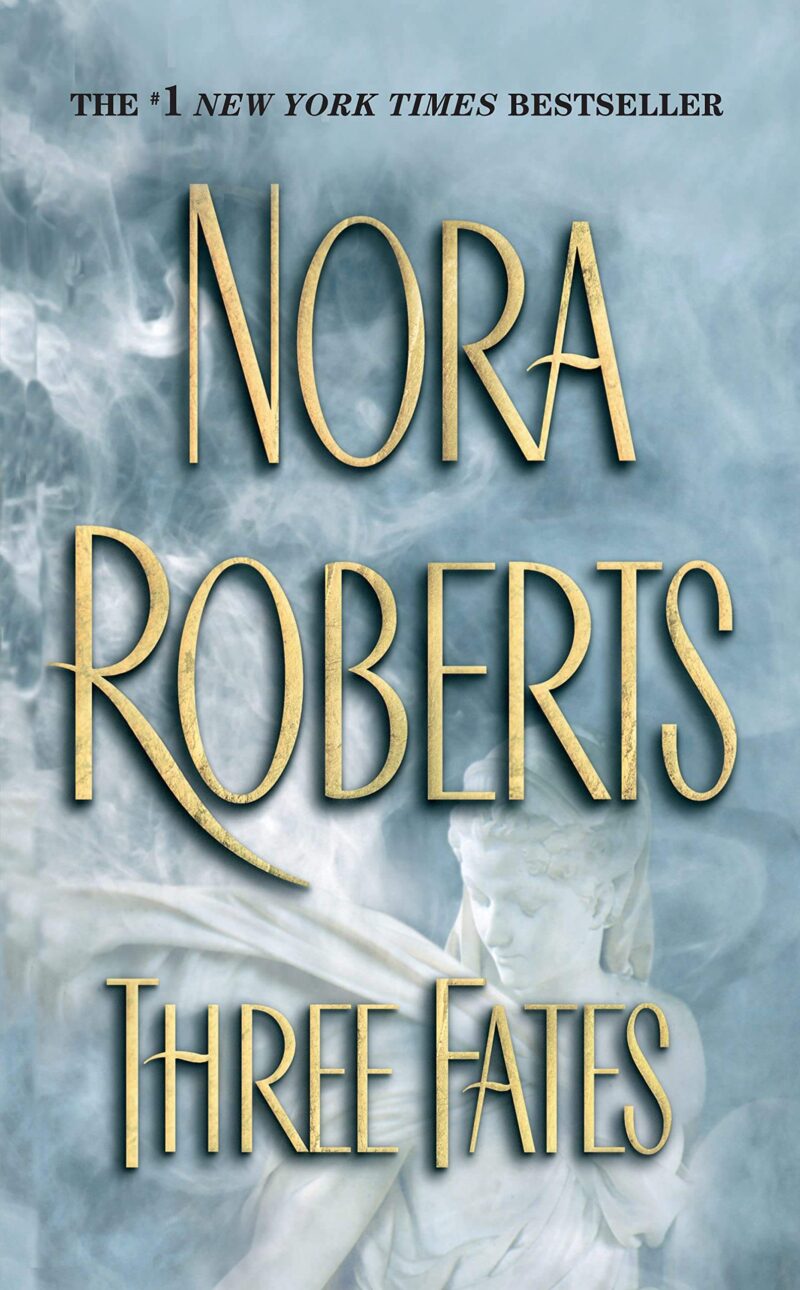 My love of myths and legends is what brings me back to Three Fates over and over. Three siblings are determined to recover a priceless family heirloom, one of three small statues of the Three Fates of Greek myth. Their quest takes them around the globe, and of course they each meet their soul mate in the process. Roberts’ gift with characters and their relationships, romantic or otherwise, really shines in this standalone novel. 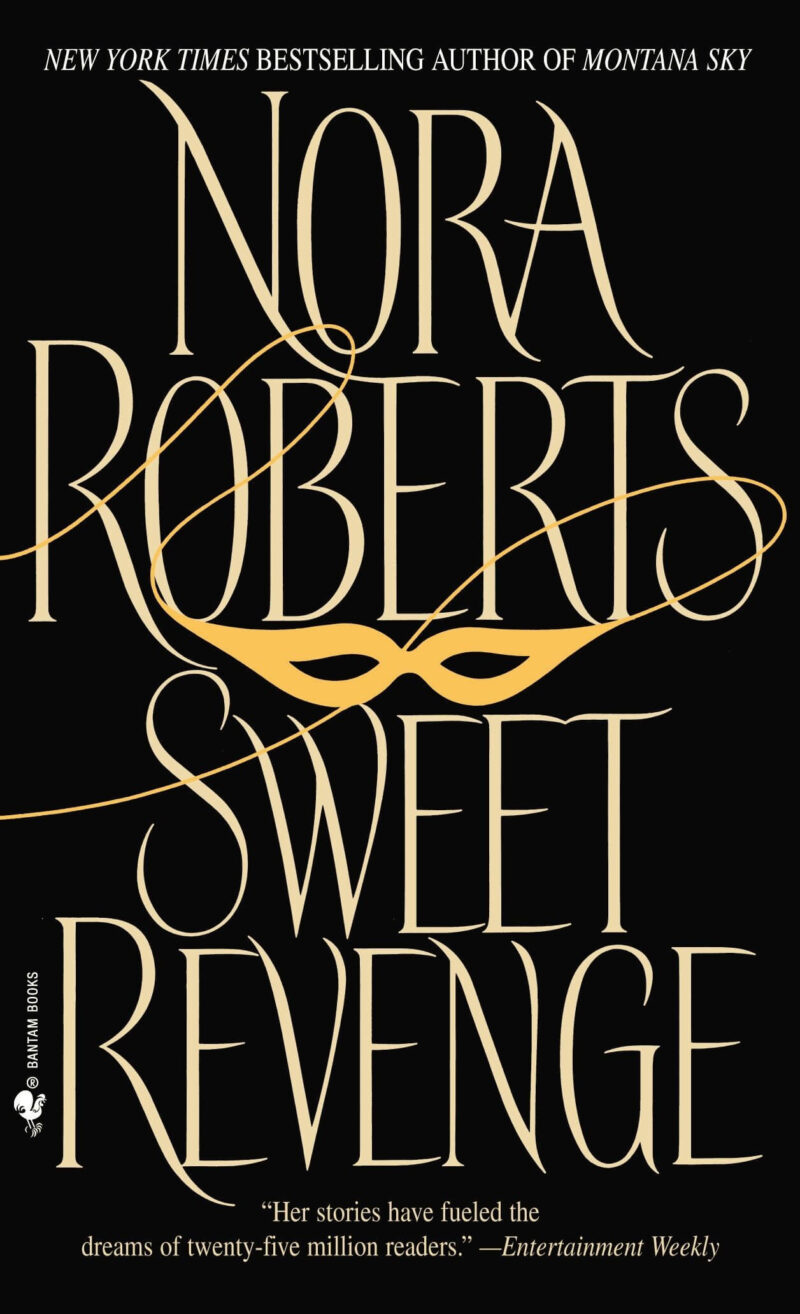 The top-notch sexual tension that builds between the two main characters is why this has always been one of my absolute favorite Nora Roberts’ novels. Princess Adrianne lives the life of a glamourous socialite by day, but for ten years her nights have been consumed with plans for revenge on her famous but cruel father. Just as she’s poised to take her revenge by stealing a fabled necklace from her father, she meets Philip Chamberlain, a charming and enigmatic man with his own secrets. 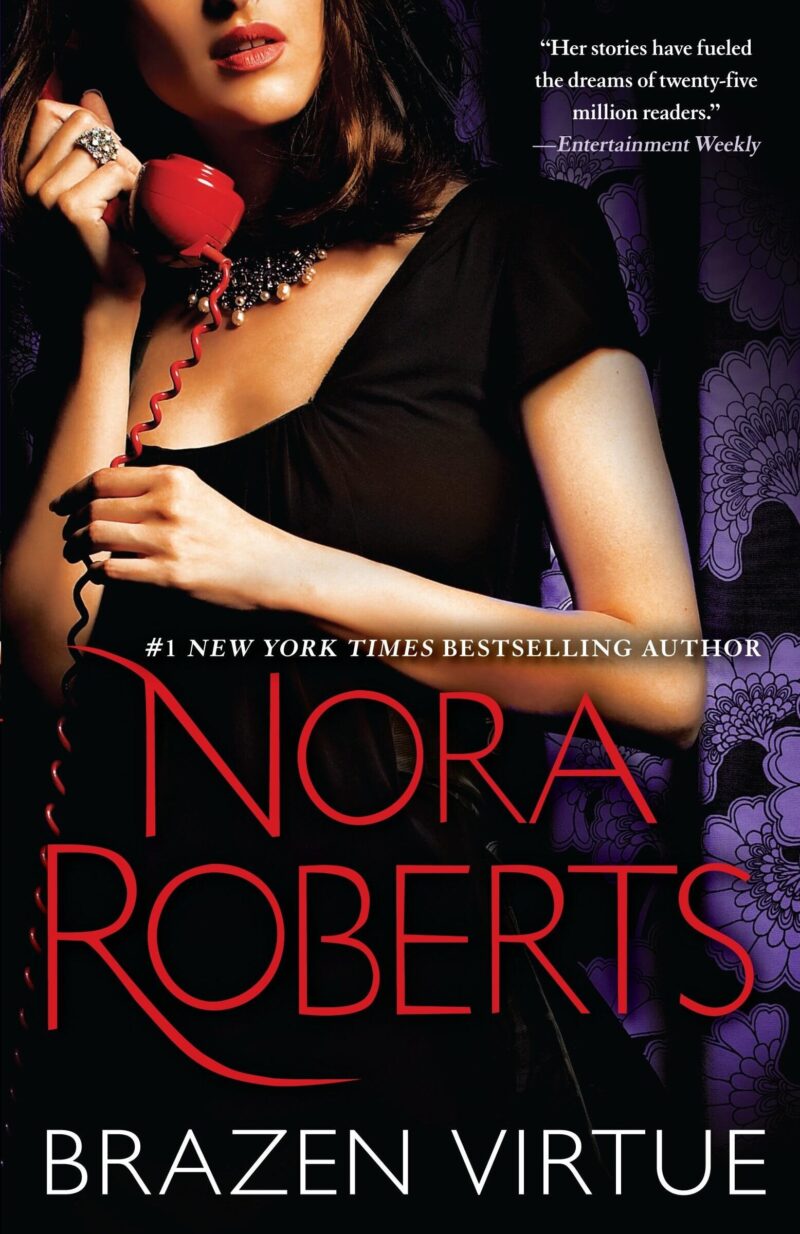 One of Nora Roberts’ steamier and more suspenseful novels, Brazen Virtue has been made into a film by Netflix starring Alyssa Milano and Sam Page. The film releases globally January 13, 2022 only on Netflix. When mystery writer Grace McCabe visits her sister, she’s shocked to find that her sister’s secret life as a phone sex operator has put her in the crosshairs of a serial rapist and murderer. Determined to catch him, Grace ignores the warnings of detective Ed Jackson and sets a daring trap for the killer. 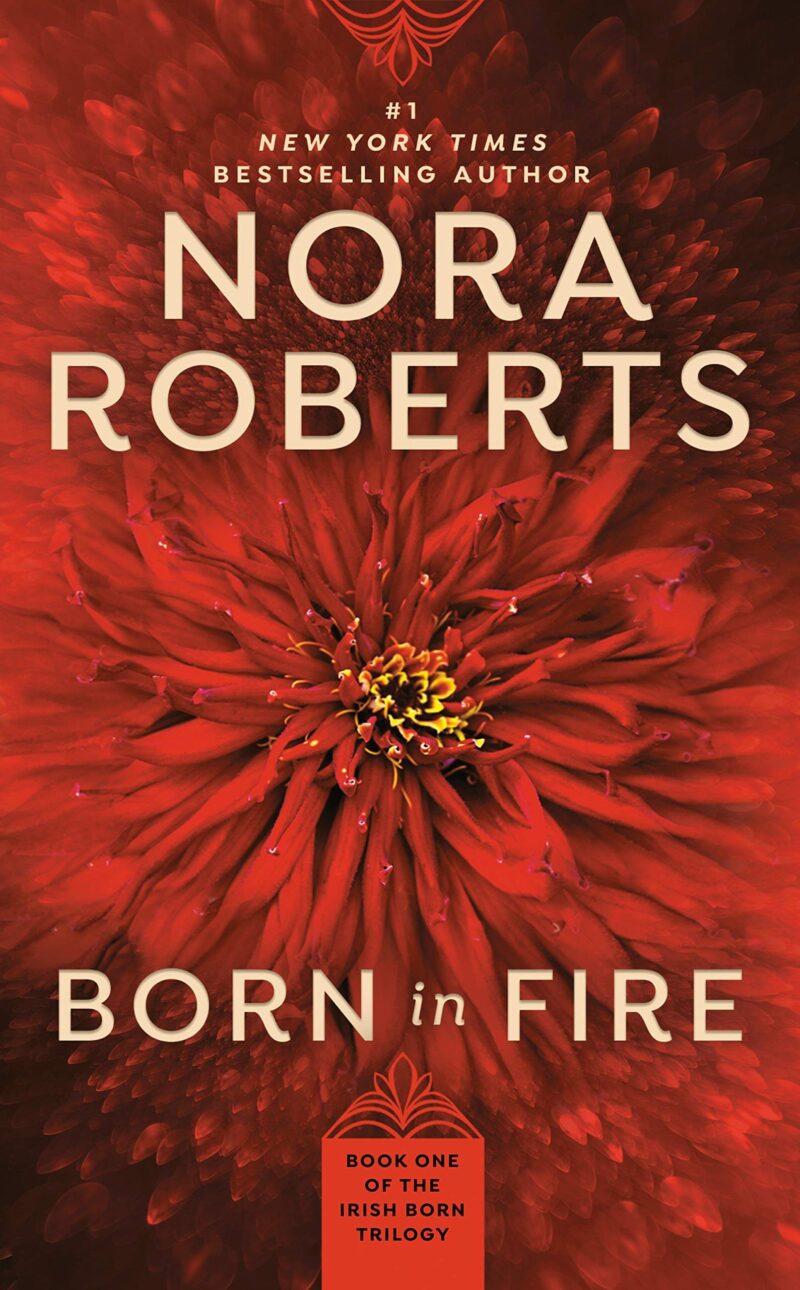 If there are two things Nora Roberts loves (and can make you love), it’s Ireland and trilogies. Born in Fire is the first in her Born In trilogy, set in–you guessed it–Ireland. This novel features one of my favorite of Roberts’ heroines, Maggie Concannon, a fiercely independent glass blower who bumps heads with Dublin gallery owner Rogan Sweeney. Their passion is as fiery as her studio. 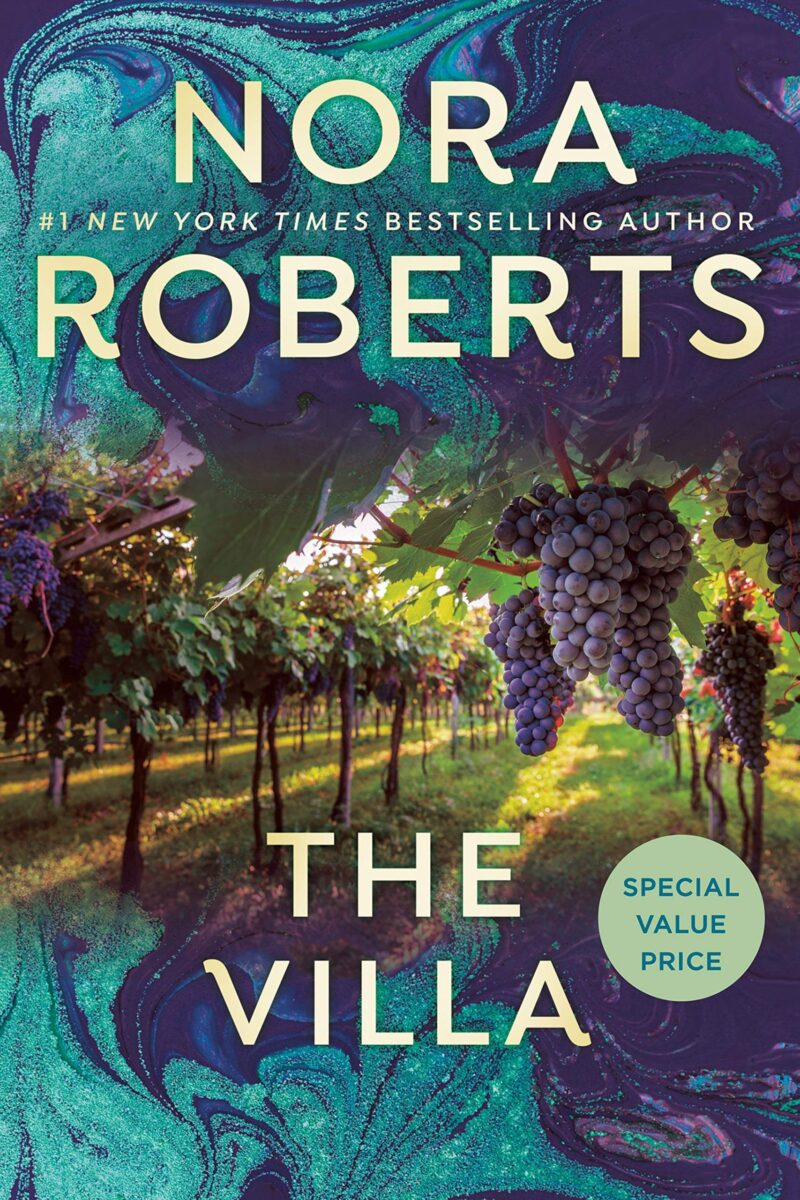 The Villa is another Nora Roberts standalone where multiple family members get their happily ever after, this time from multiple generations instead of siblings. For three generations, the Giambelli family’s wines have been world-renowned for their quality. When the matriarch announces a merger with the MacMillan family’s winery, PR executive Sophia Giambelli returns home to assume her new role in the company. There she clashes with Tyler MacMillan, whom she must work closely with to facilitate the merger. Throw in some attempted sabotage and The Villa is a wonderful mix of family, suspense and romance. 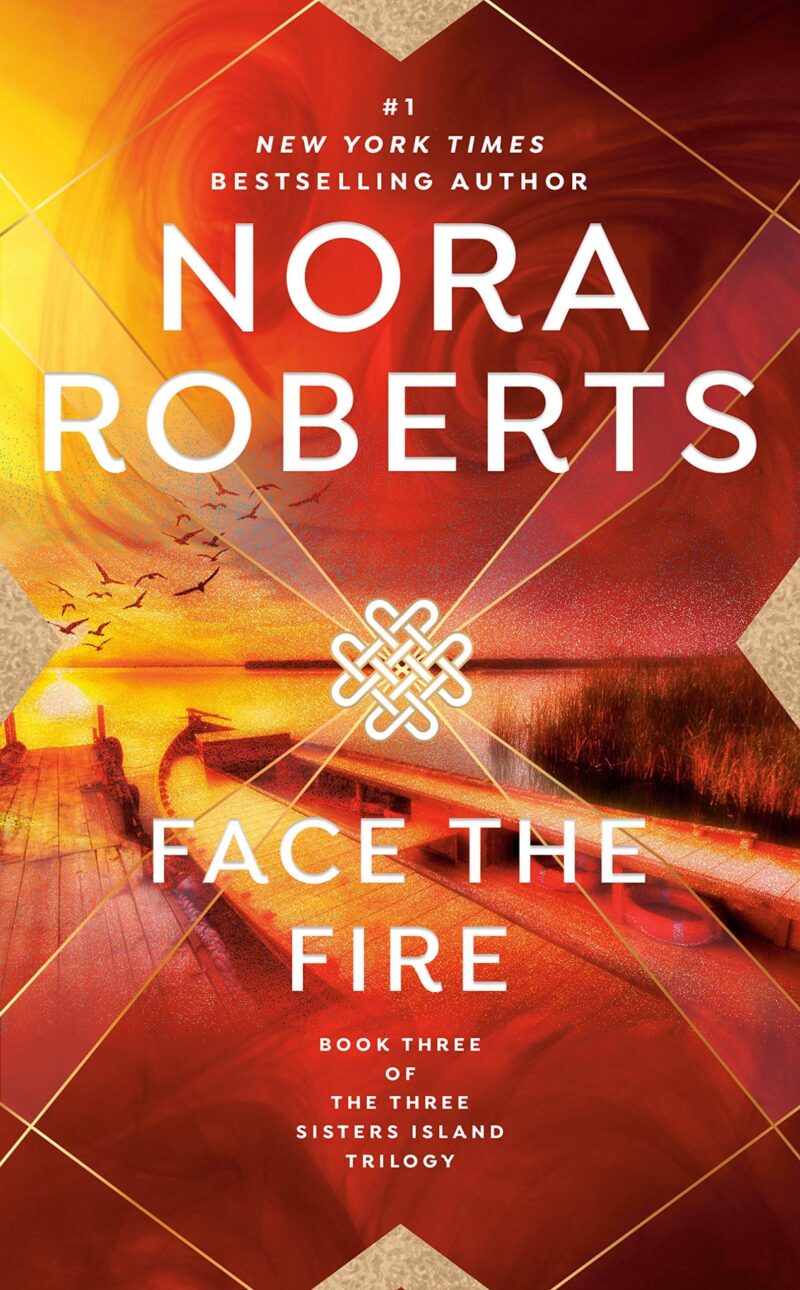 The Three Sisters Island Trilogy centers around three women brought together on Three Sisters Island to break a centuries-old curse. The friendship that grows between them, plus the part where they’re witches, are what makes this my favorite of Roberts’ many trilogies. The third book features the most outspoken of the three women, bookshop owner Mia Devlin, as she gets a second chance at love with the man who broke her heart. 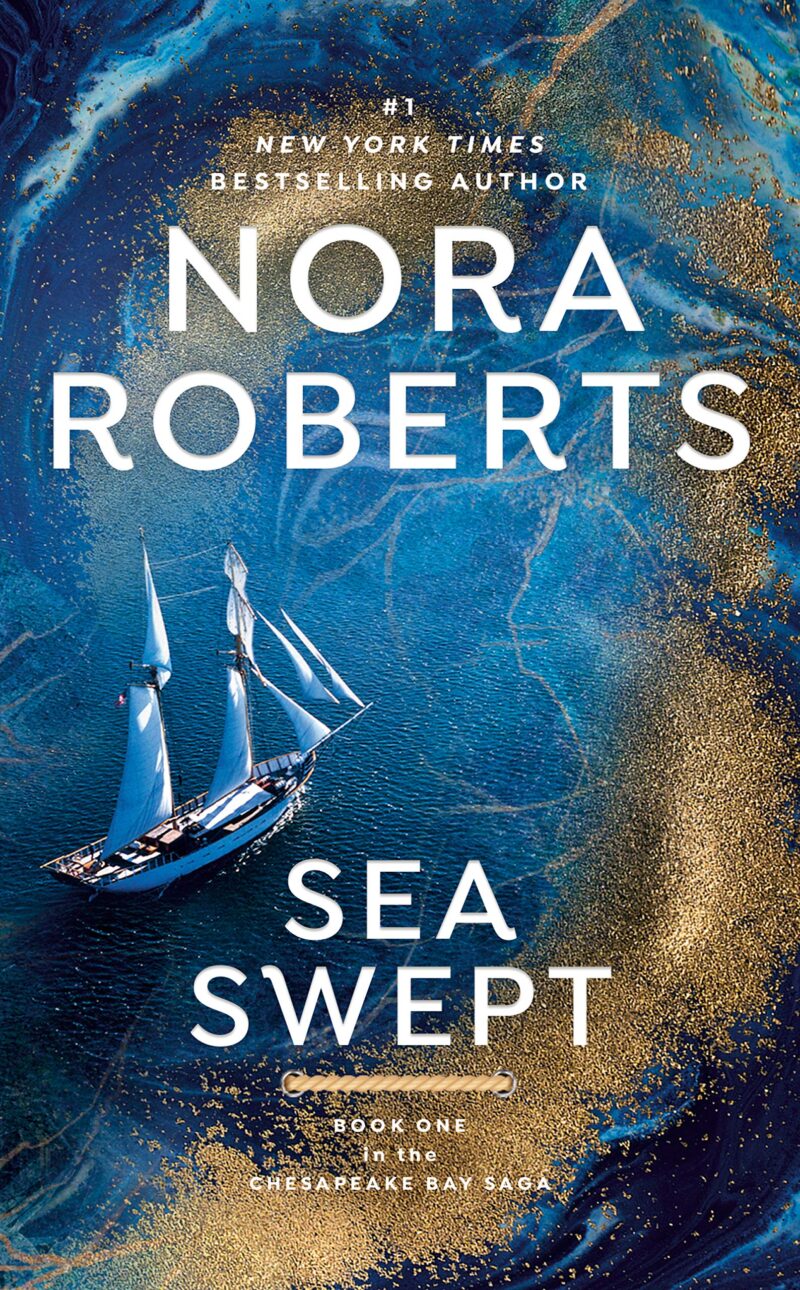 Sea Swept is the first novel in the exquisite Chesapeake Bay Saga, where the Quinn brothers must return to their family home on the Maryland shore to honor their father’s last request. All four books tell a gorgeous tale about family made and family found. The first in the quartet features champion boat racer Cameron Quinn, who must return home to care for Seth, a troubled young boy not unlike Cameron once was. He has trouble adjusting to domestic life, but he falls in love with the social worker who will decide Seth’s fate. Seth is the heart and humor of this series, and the reason the trilogy become a quartet. 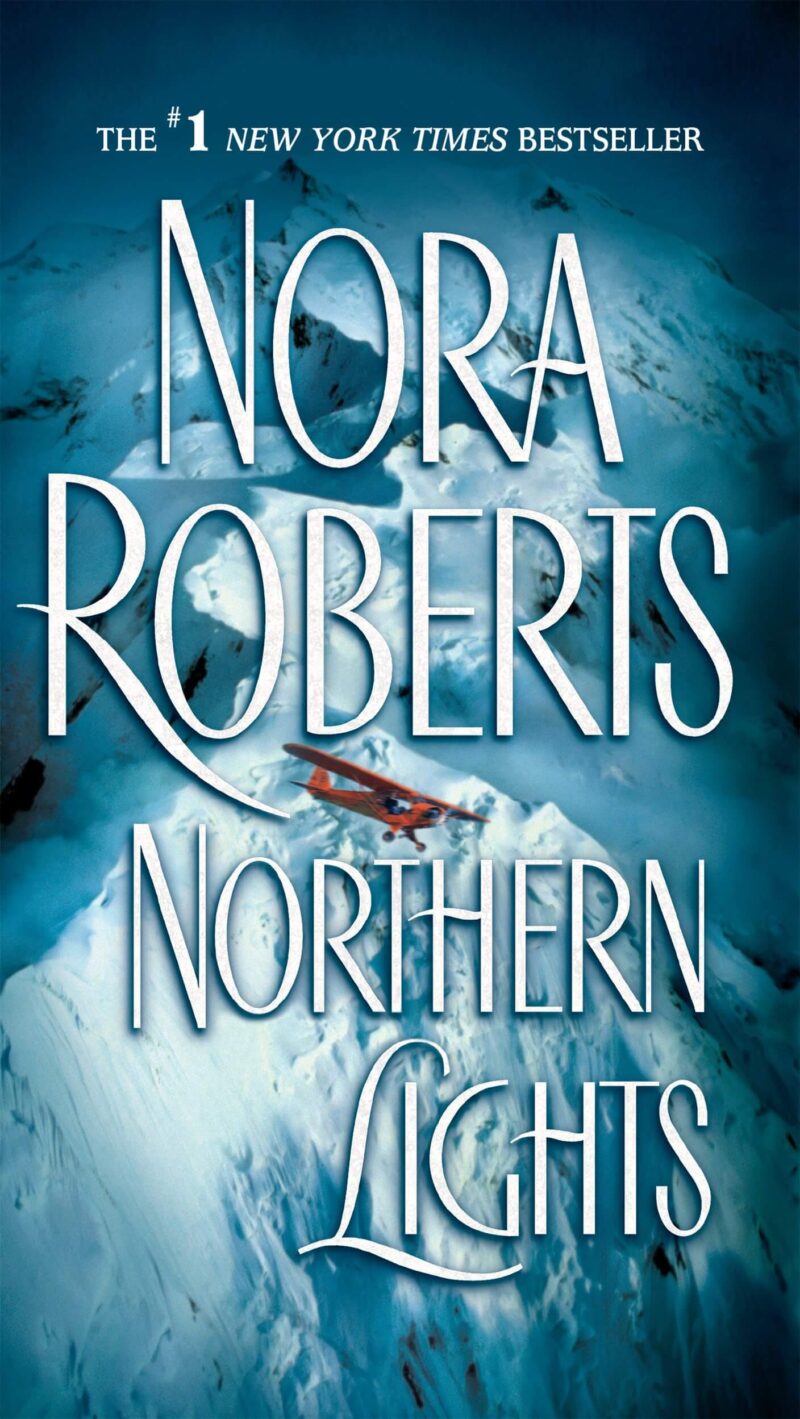 I’m a sucker for any romance set in a tiny Alaskan town, and while usually it’s the little city woman who’s in over her head, I love even more that Nora Roberts skips that trope. Northern Lights is set in the remote town of Lunacy, Alaska, where Nate Burke accepts the job as Chief of Police with the hopes of starting over. His experience as a cop in the big city ends up coming in handy as he begins to unearth the secrets and suspicions that lurk beneath the placid surface of the town. And the slow burn romance with pilot Meg Galloway is incredibly authentic. 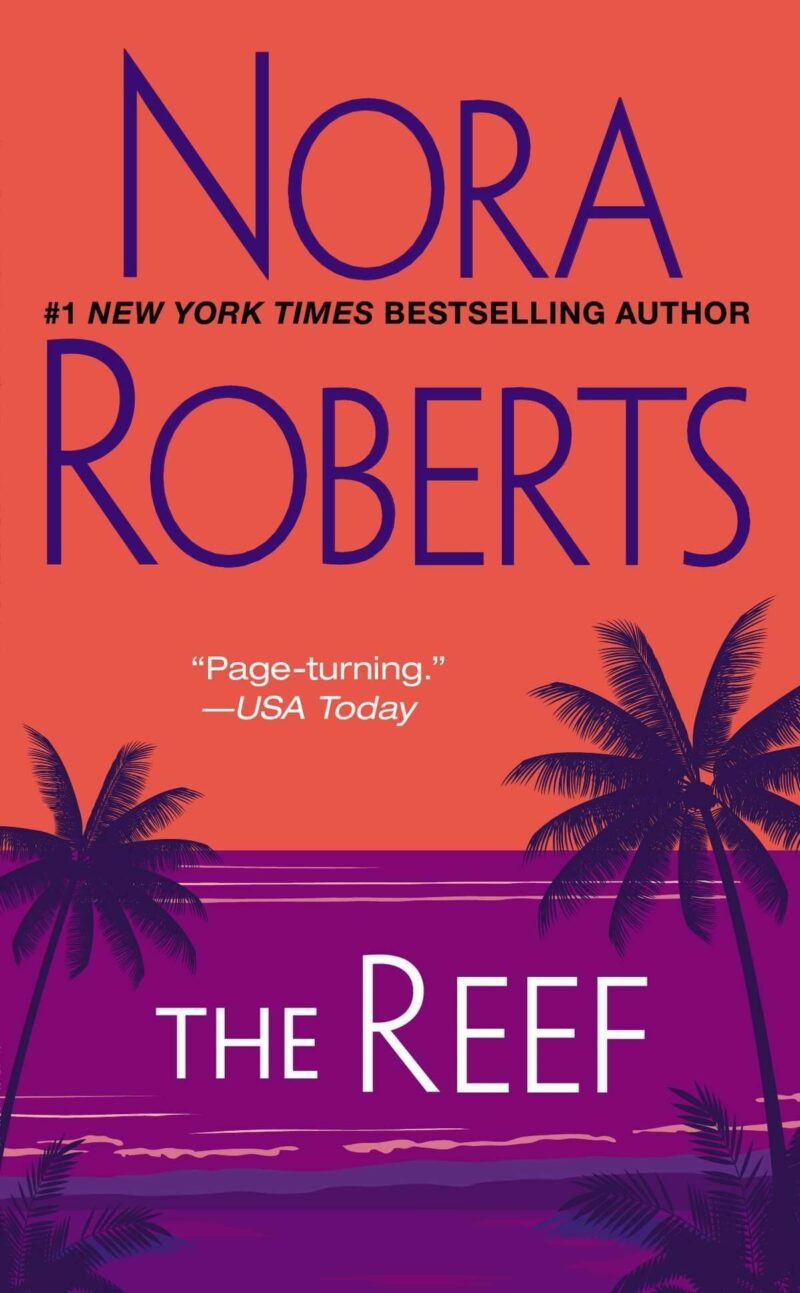 My dad’s best friend is a real underwater archeologist, so there was no way I could leave The Reef off my list of favorites by Nora Roberts. Tate Beaumont is a marine archeologist with a passion for treasure hunting. She reluctantly teams up with salvagers Buck and Matthew Lassiter to find the one treasure that has always eluded her and her father. Hidden threats and not-so-hidden passions surface. 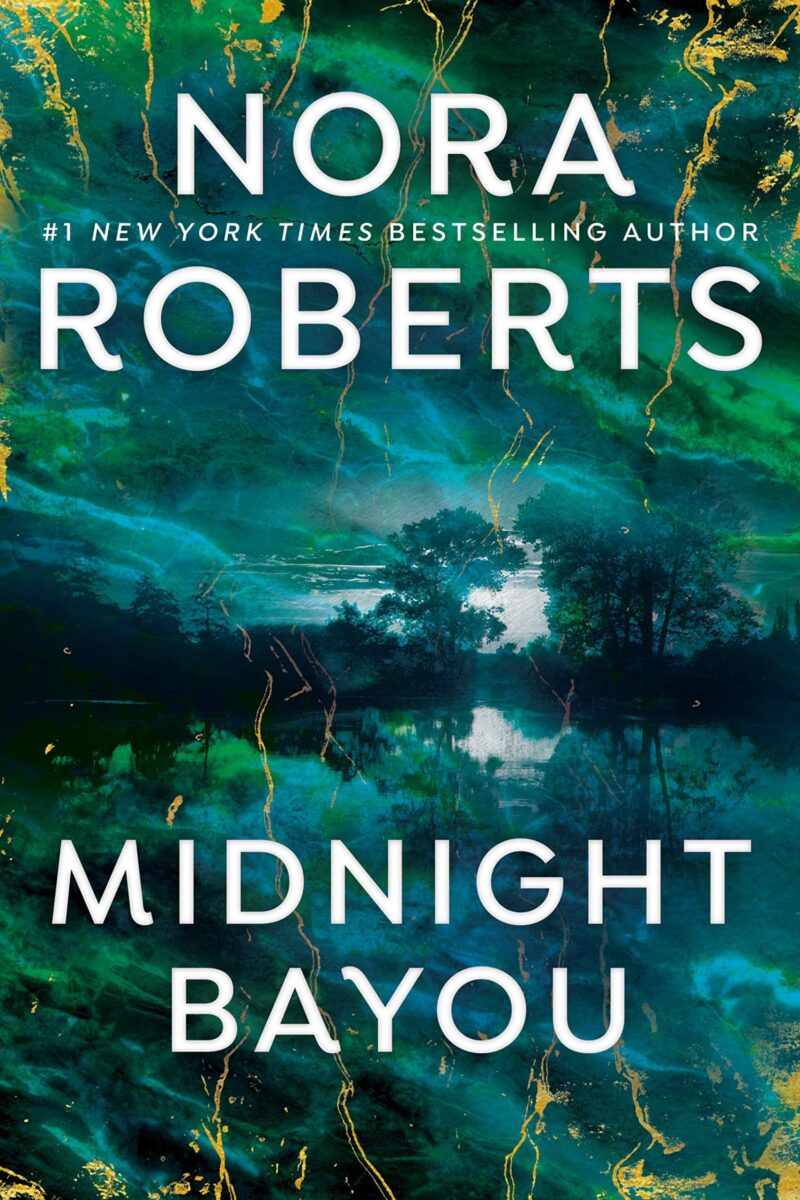 I’m no horror buff, but I can’t think of a better setting for a romance novel with a ghost story than the bayous of Louisiana. Midnight Bayou centers around a dilapidated mansion on the outskirts of New Orleans. Local legend has it that the house is haunted. Ever since Declan Fitzgerald first saw Manet Hall, he’d been enchanted—and obsessed—with it. As he works to restore it, he sees things that make him believe in the ghostly presence. Only the alluring Angelina Simone can distract him from the mysterious happenings in the house, but she has her own surprising connection to the mansion and its secrets. 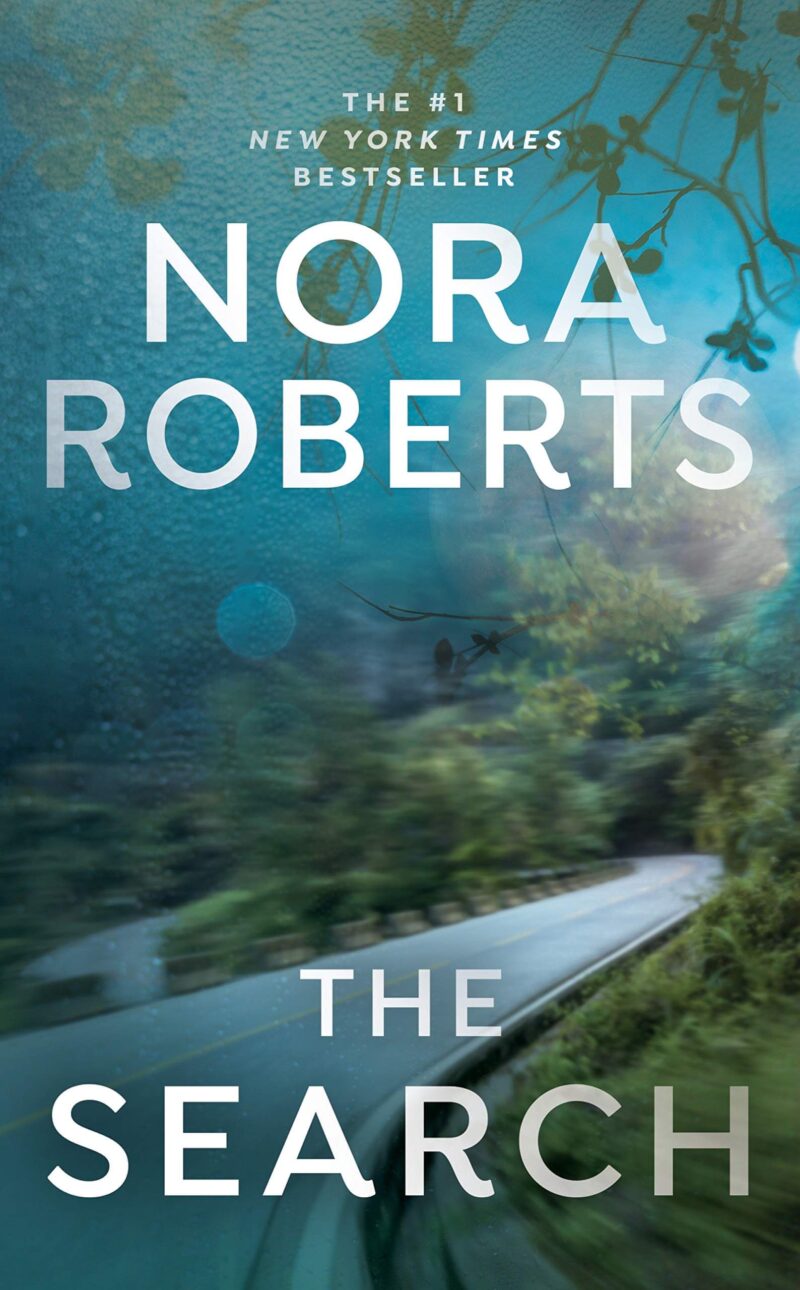 I think Nora Roberts loves dogs as much as I do (ie A LOT), and no dog lover should miss this heart-melting romance. Fiona Bristow seems to have the perfect life—a quaint house on an island off Seattle’s coast, a thriving dog-training school and a challenging volunteer job performing Canine Search and Rescue. She has found the peace and solitude necessary to rebuild her life with her three loyal Labs after surviving a horrible tragedy. But that solitude is shattered the day Simon Doyle barrels up her drive with an out-of-control puppy. As Fiona embarks on training Jaws, a copycat killer emerges, intent on the one woman who slipped out of his hands. 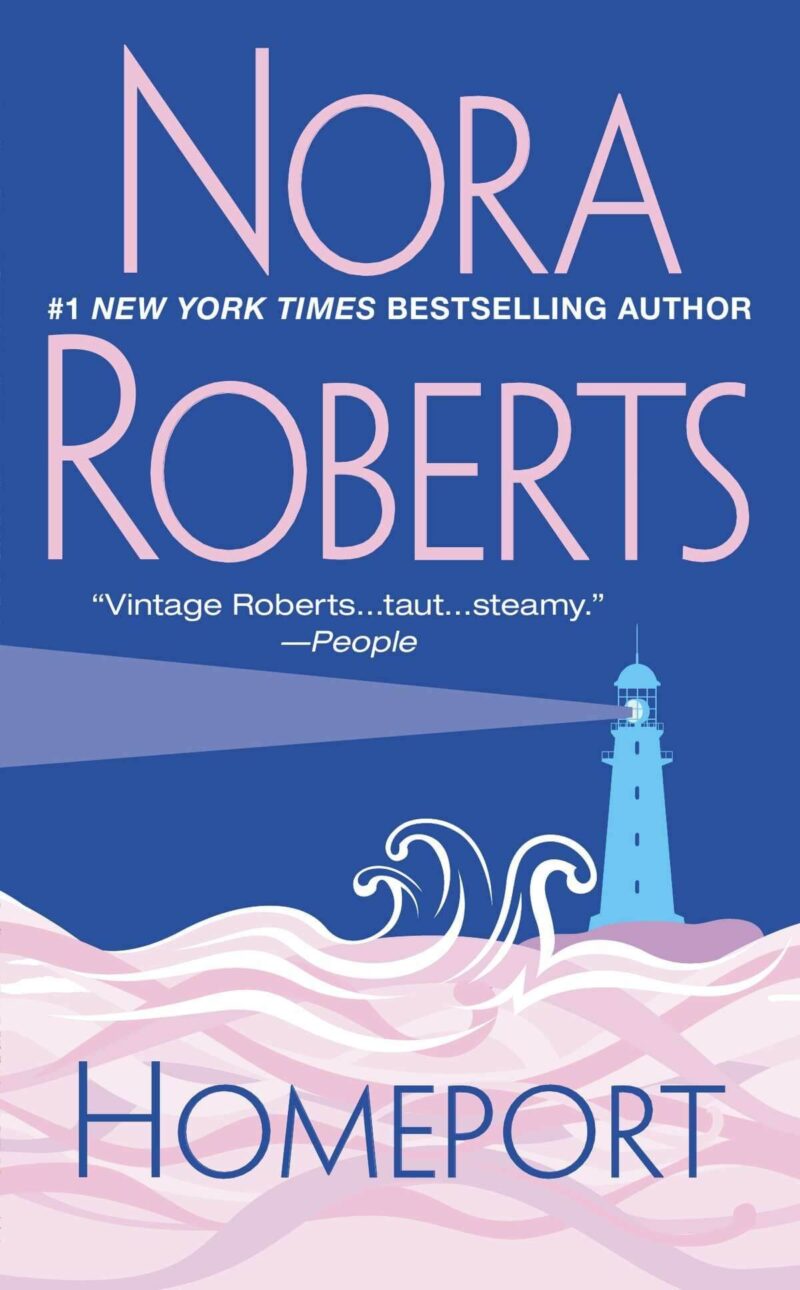 I highly recommend Homeport to any fans of art history, thieves and enemies-to-lovers romances. Dr. Miranda Jones is summoned to Italy to verify the authenticity of a Renaissance bronze of a Medici courtesan. Instead of cementing her reputation as an expert, the job nearly destroys it, throwing her into a reluctant alliance with the seductive art thief Ryan Boldari.