Sarah Echavarre Smith, the author of Faker and Simmer Down is back with On Location! Readers will be transported into a romantic escapade with TV reporter Alia and her crew member Drew, while also grappling with identity and equality in the picturesque place with high plateaus, Utah. Keep scrolling for your first look at the breathtaking cover!

Alia Dunn has finally gotten her big break. After years of working her way up at TV’s top outdoor travel channel, she gets the green light from network executives to bring her dream project to life: produce a series about Utah’s national parks. It’s a touching tribute to her late apong, who sparked Alia’s passion for travel and the outdoors as a kid.Alia is thrilled—until she meets her newest crew member, Drew Irons. The same Drew she had the most amazing first date with two weeks ago—who then ghosted her. The same Drew who has the most deliciously thick forearms and who loves second-guessing her every move on set in front of the entire crew. It’s not long before the tension between them turns hotter than the Utah desert in the dead of summer, and their steamy encounters lead to major feelings.But when the series host goes rogue one too many times, jeopardizing the entire shoot, Alia realizes that she’ll need to organize one hell of a coup to save her show—and she’ll need Drew’s help to do it. It’s the riskiest move she’s ever made. If she pulls it off, she’ll end up with a hit series and her dream guy . . . but if it all goes wrong, she could lose both. 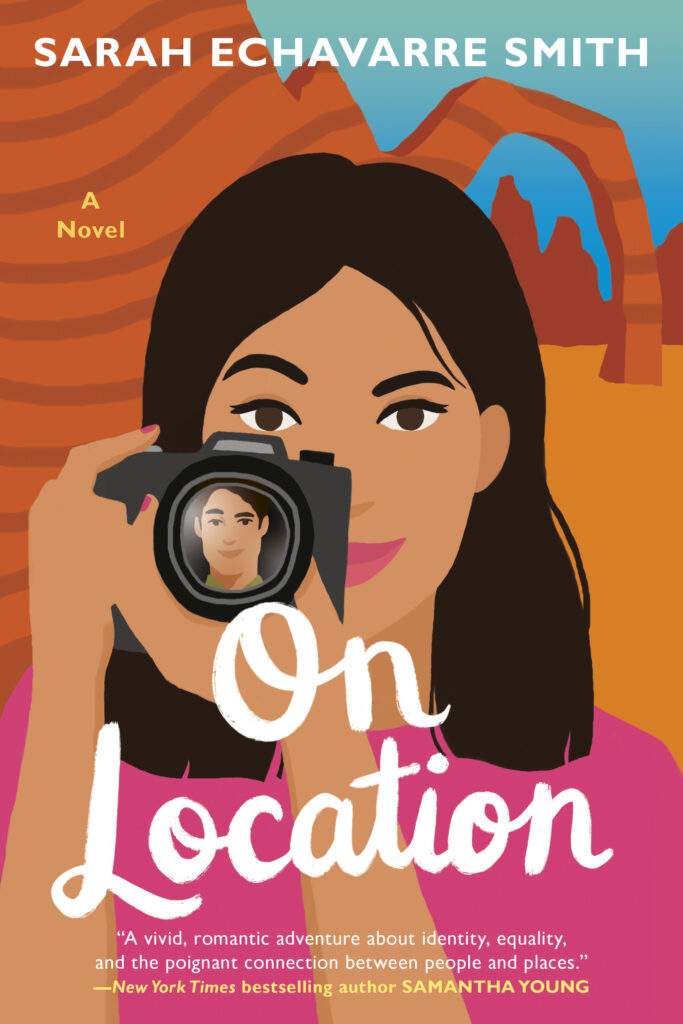 Sarah Echavarre Smith is a copywriter-turned-author who wants to make the world a lovelier place, one kissing story at a time. Her love of romance began when she was eight and she discovered her auntie’s stash of romance novels. She’s been hooked ever since. When she’s not writing, you can find her hiking, eating chocolate, and perfecting her lumpia recipe. She lives in Bend, Oregon, with her husband and adorable cat Salem.