We don’t hear about female serial killers that often, as all the coverage is usually focused on violent men. While the numbers are small, their crimes in no way are. From socialites with secrets to ladies unlucky in love, mother’s without a maternal instinct and greedy grannies, these 12 killer women’s tales will have you second-guessing the kinder, gentler sex. 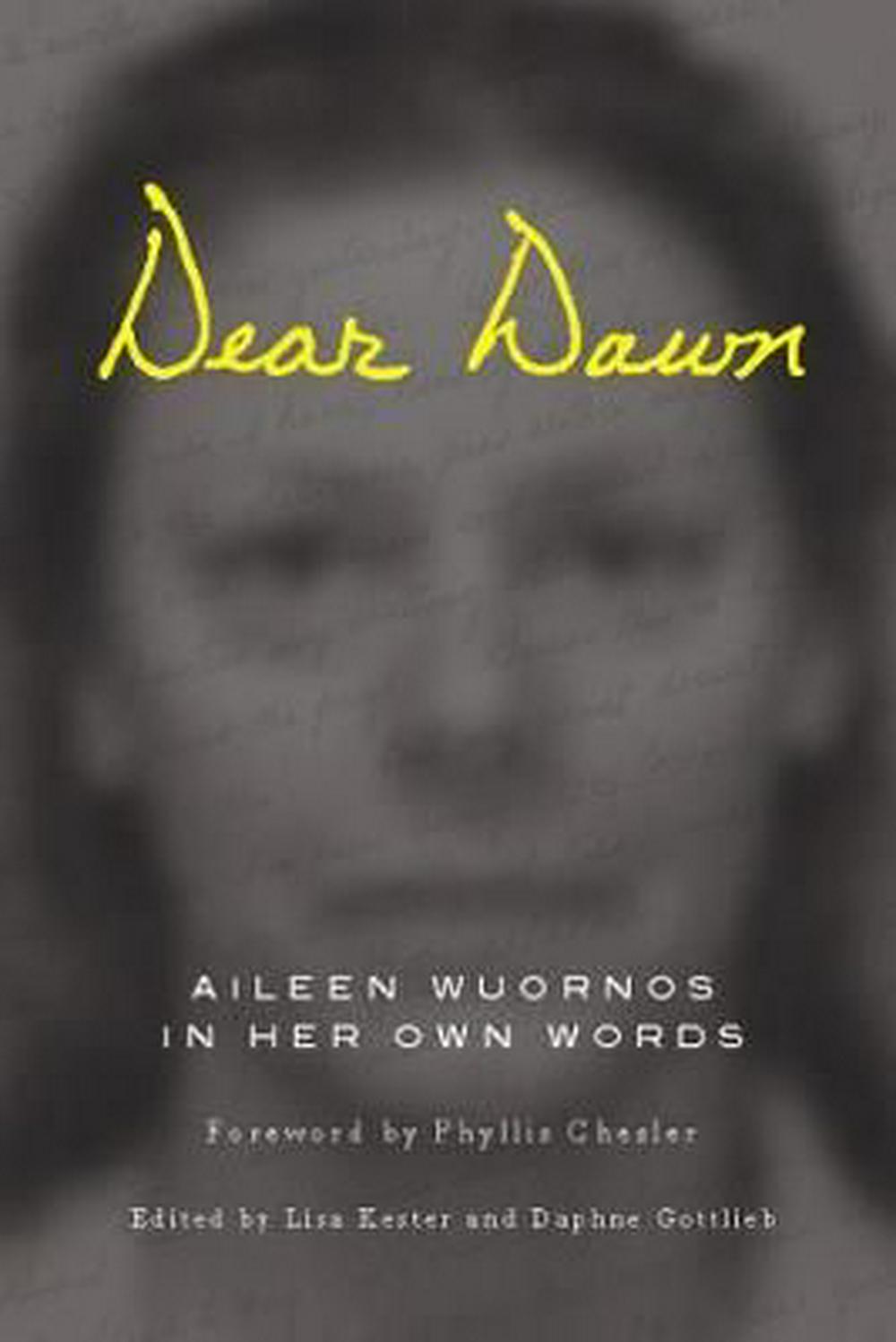 Perhaps the most notorious of 20th century female serial killers, Aileen Wuornos was responsible for the deaths of seven men in Florida between 1989 and 1990. During the 10 years that Wuornos spent on death row she wrote a collection of letters to her childhood friend Dawn Botkins. From those letters an autobiography of sorts was created and touches not only on her feelings about the murders but it also reveals another side to her, a compassionate, witty and broken woman. 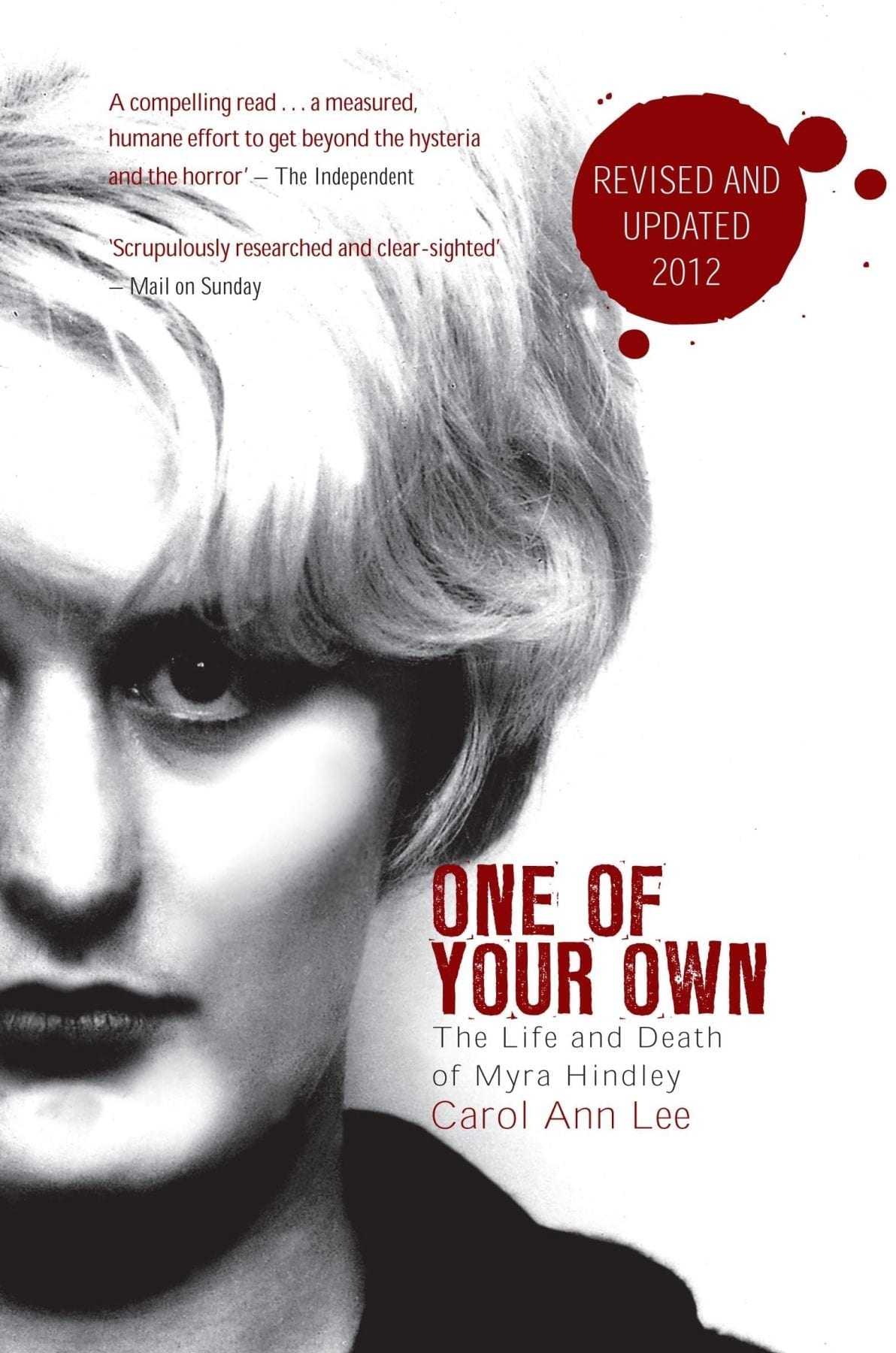 One of Your Own: The Life and Death of Myra Hindley by Carol Ann Lee

Between 1963 and 1965 Myra Hindley, along with her boyfriend, viciously murdered five young people in the UK. The Moors Murders gripped the community and when the details came out of the circumstances of the deaths people were floored. While Myra tried to present herself as a victim, Lee’s in-depth biography digs deep into the hows and whys of Myra’s actions and how this woman with strong roots in her community and family ended on the path that led her to life in prison.

It seems that Nannie Doss was looking for love in all the wrong places. Every man she seemed to fall for was just like her father; abusive and womanizing. When she got fed up with their antics, she took matters into her own hands and eliminated them…permanently. It took the poisoning of her fifth husband for her to be caught and The Giggling Granny looks into those and the other murders she was convicted of.

From Cradle to Grave: The Short Lives and Strange Deaths of Marybeth Tinning’s Nine Children by Joyce Egginton

Marybeth Tinning worked as a nurse’s aide in a pediatric ward. The mother of nine was also a school bus driver. Over the course of two decades she was responsible for the death of eight of her nine children and was not looked into until the final death. The saddest part of her story is that friends, family and doctors had suspicions about her mental health over the years, but no one stepped in to help Marybeth or any of her children. Egginton follows Marybeth’s frame of mind over those 20 years as well as the trial and conviction for these heartbreaking crimes. 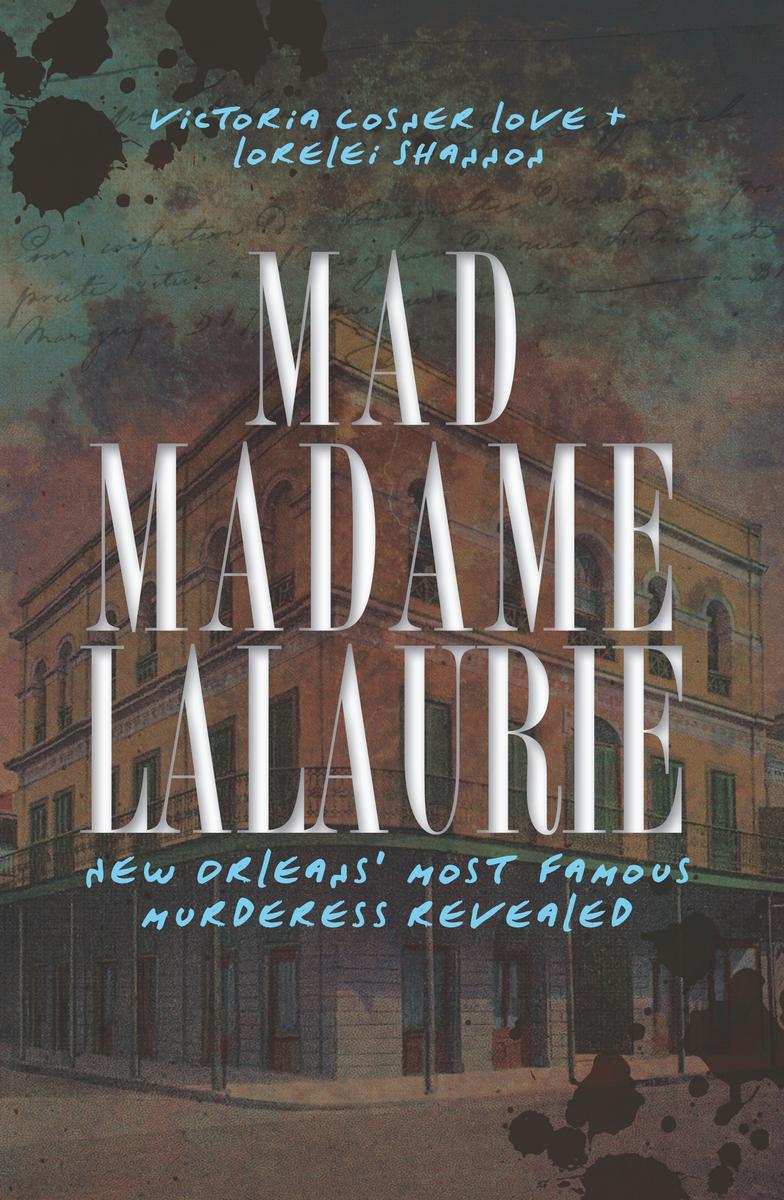 Delphine LaLaurie was a Creole socialite in New Orleans in the 1830’s and while many within the community had varying thoughts and opinions about her, no one was prepared for what firefighters would uncover during a fire at her home in 1834. It is said that the attic of secrets has resulted in one of the most haunted houses in American history. 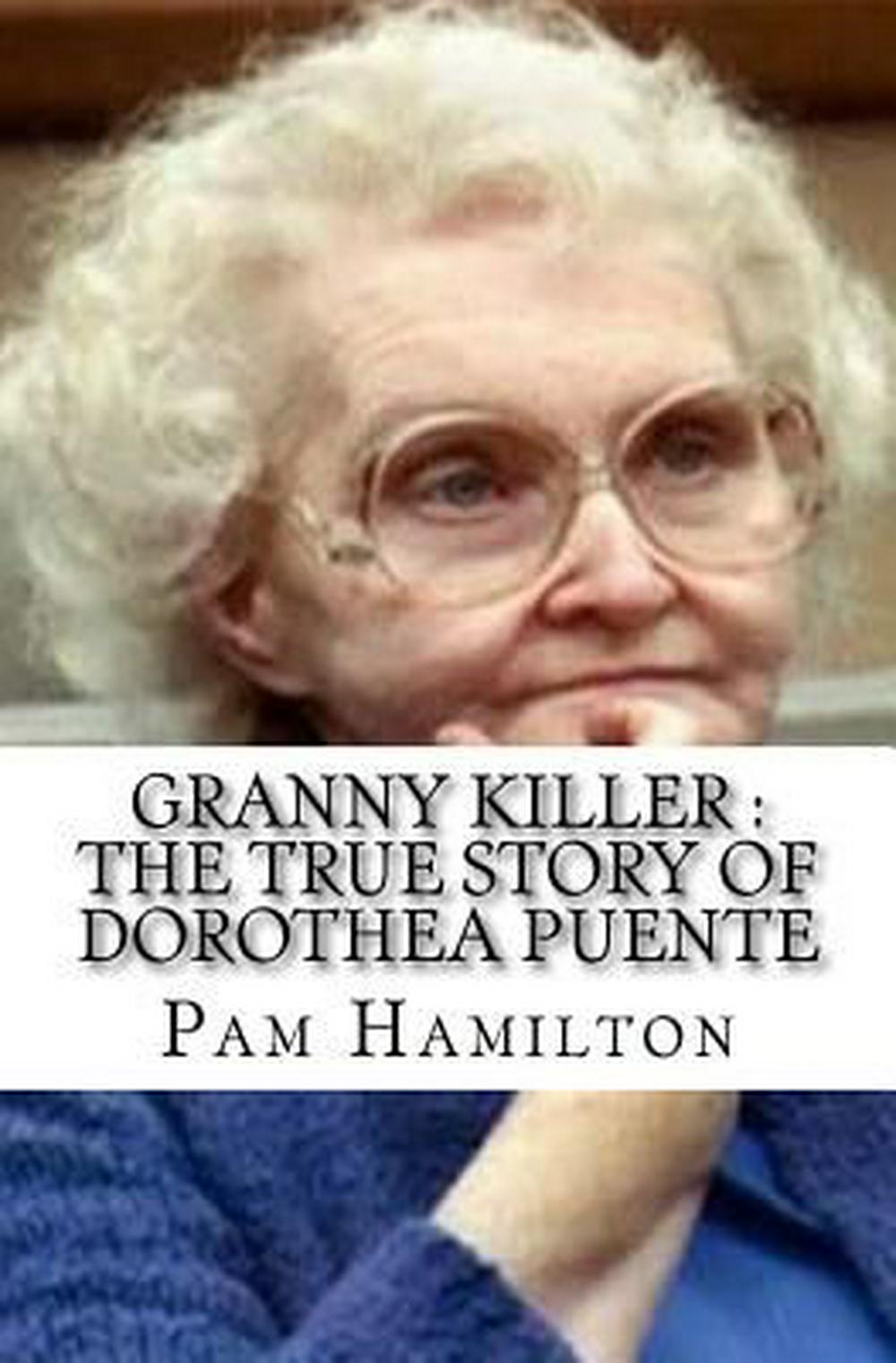 During her time as a landlord, Dorothea Puente helped herself to her elderly tenants social security payments. When the tenants started to give her trouble, she would dole out an excess of sleeping pills and once they died, she buried them in the backyard. Hamilton delves into the various local agencies that failed to communicate and how the seemingly sweet granny almost got away with multiple murder.

In the 19th century, having a child out of wedlock was so severely frowned upon, so much so that there was a service in which for 10 pounds Amelia Dyer could deliver your baby to a loving home and there would be no repercussions for the mother. The mother’s thought that their babies were going to safe homes, but the truth was that Amelia was drowning the defenseless babies in the Thames river. Angel Maker is a tragic story but an informative look at a phase of society we have no desire to return to.

Velma Barfield grew up in a tumultuous household and moved away as soon as she was able. She thought that she had escaped the pain of her past until her husband began drinking and couldn’t hold down a job. Velma continued in a down spiral after she became addicted to painkillers after a hysterectomy and that’s when her personality changed and her crimes began. Bledsoe’s account of Velma’s life and trial is thorough and thought-provoking.

To Die For: The Shocking True Story of Serial Killer Dana Sue Gray by Kathy Braidhill

Women kill, typically, for one of two reasons: love or money. Dana Sue Gray acted out her crimes for the latter. As an unemployed nurse, it appears that Dana found it easier to find elderly victims to murder and then go on elaborate spending spree with their credit cards than to find a job. Braidhill makes sure to cover all aspects of Dana’s life, her crimes, police investigation and ultimate punishment.

Preacher’s Girl: The Life and Crimes of Blanche Taylor Moore by Jim Schutze

By all accounts, Blanche Taylor Moore was a delightful and attractive woman who was adored by men, but as it turned out the wrong type of men or so it seemed. Her beaus kept dying; heart attacks and poisonings. Blanche’s upbringing may have something to do with the actions she took later in life, but is there ever any justification for the cold-hearted and cruel suffering she inflicted on the people that trusted her the most?

When the Bough Breaks: The True Story of Child Killer Kathleen Foibigg by Matthew Benns

It’s hard to imagine a mother taking the life of her children, let alone four babies over the course of ten years but this is precisely what Kathleen Foibigg felt compelled to do. According to Kathleen, she never formed maternal bonds with her babies which made her resent them, their crying and causing her lack of sleep. Benns investigates her upbringing to see if there is a connection that can be made to explain her depravity. 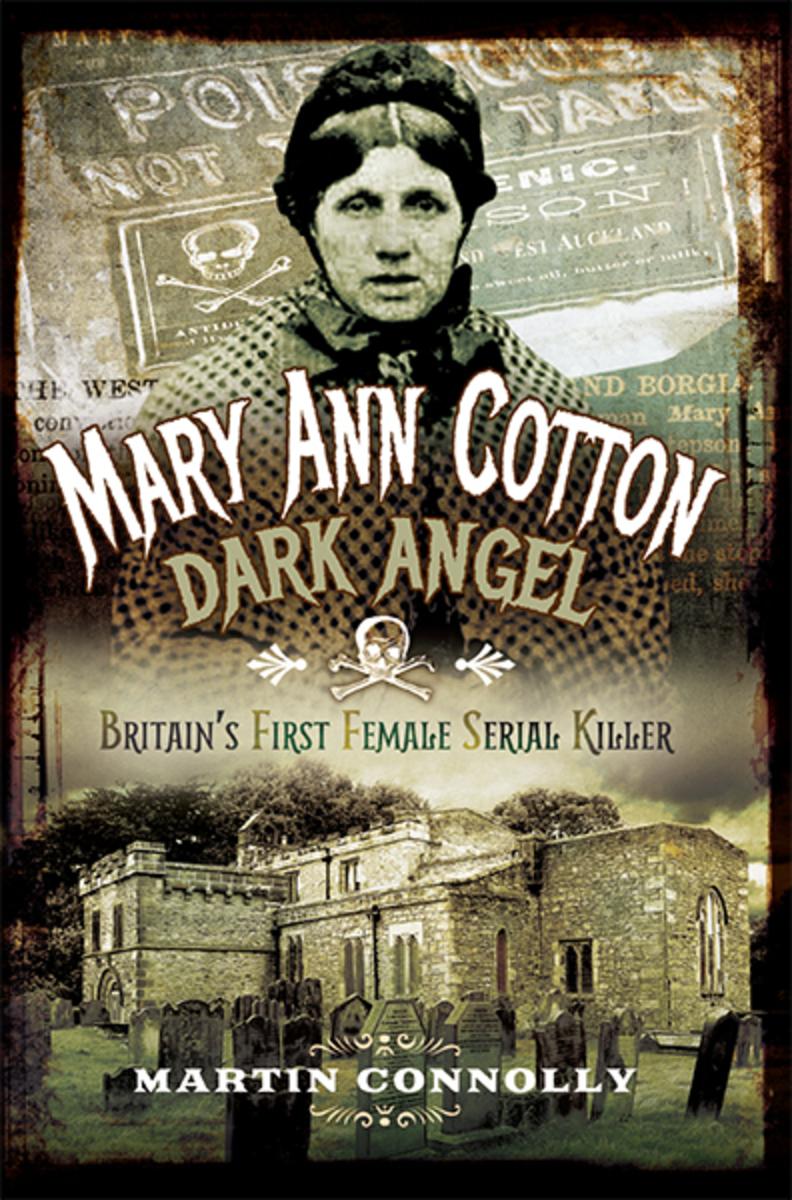 Mary Ann Robson was born in 1932 and was desperate to live a better life than that she was born into. Her quest led her to have acquired four husbands that resulted in at least 12 children, though most (both spouses and children) met untimely deaths with Mary collecting on insurance policies. Connelly’s in-depth research allows the reader to determine if the untimely deaths were from natural causes or murder.