In 2021, there’s been no shortage of thrillers to add to your TBR pile—and summer is the perfect time to lounge back and indulge in all that is scandalous, twisty, heart-racing, and, let’s be honest, sometimes downright disturbing. From reading a locked-room mystery with feet warm in the sand, the ocean before you as far as the eye can see, to a riveting murder investigation from the comfort of your air-conditioned sofa, there’s something for everyone.

Here are the most captivating thrillers you won’t want to miss out in 2021. 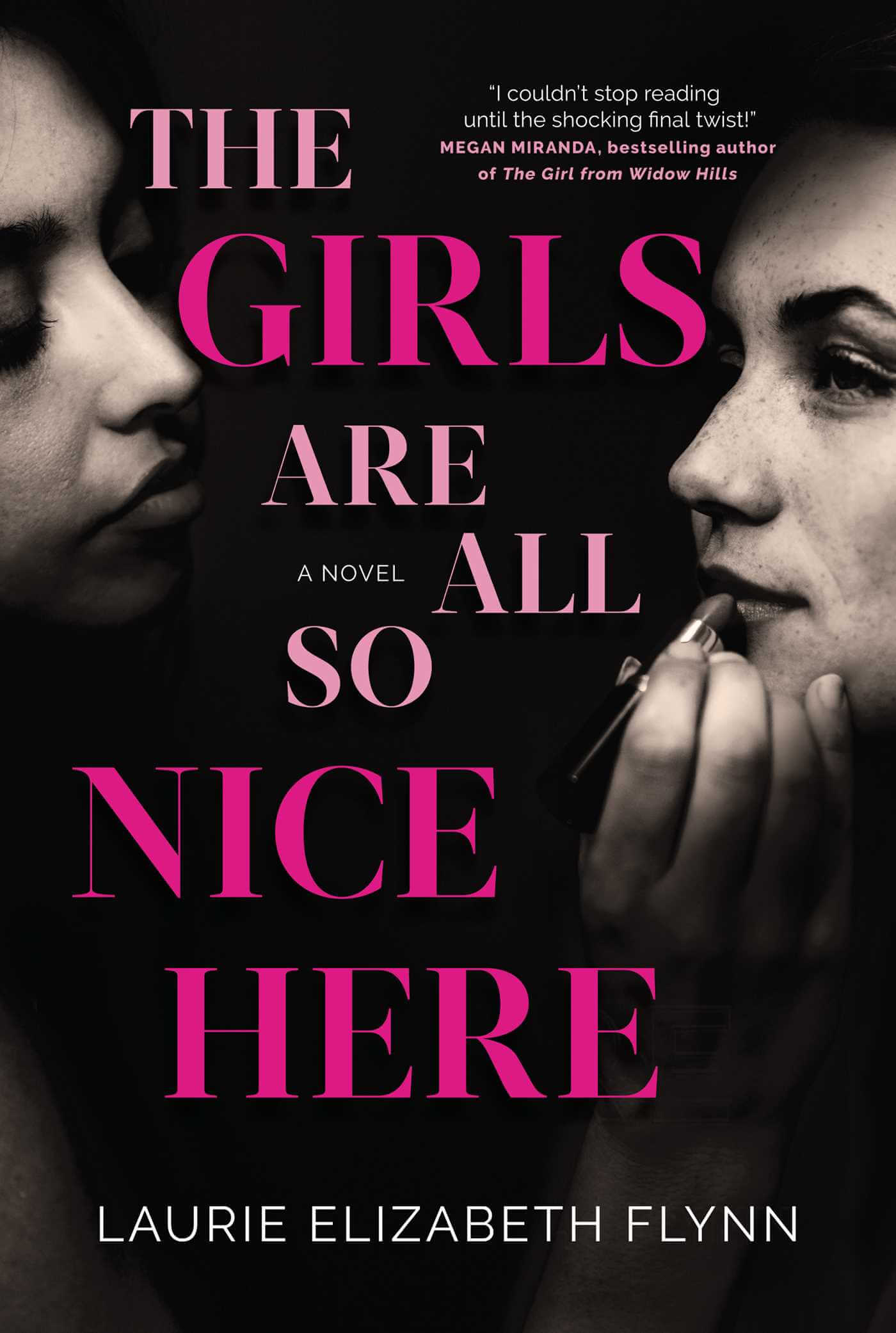 The Girls Are All So Nice Here by Laurie Elizabeth Flynn (Mar 9, 2021)

This chilling and twisty thriller centers on two former best friends who return to their alma mater for a college reunion. Once there, they quickly realize someone is targeting them for revenge for what they did ten years ago. Devastatingly dark and thrumming with tension, The Girls Are all So Nice Here offers a juicy, unflinching portrait of the complexities of friendship and social ambition. 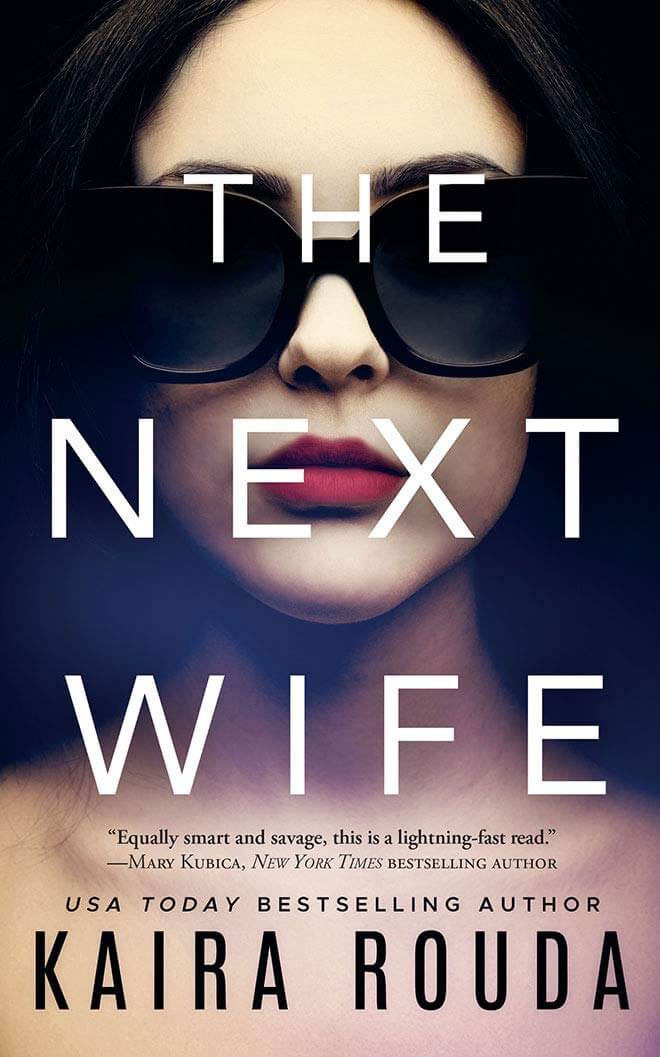 Kate Nelson had it all. A flourishing company founded with her husband, John; a happy marriage; and a daughter, Ashlyn. Until John left for another woman, half his age, named Tish. Tish has cultivated a friendship with Ashlyn, and believes she’s won. But the truth is, there’s a lot of baggage. Namely, his first wife Kate—and suspicions of his infidelity. After all, that’s how she got John. But what happens next is something neither Kate nor Tish saw coming. As best-laid plans come undone, there’s no telling what a woman will do in the name of love—and revenge. There is no limit to the lies, suspicion, and secrets that can poison the perfect marriage in this twisting novel of suspense by USA Today bestselling author Kaira Rouda. 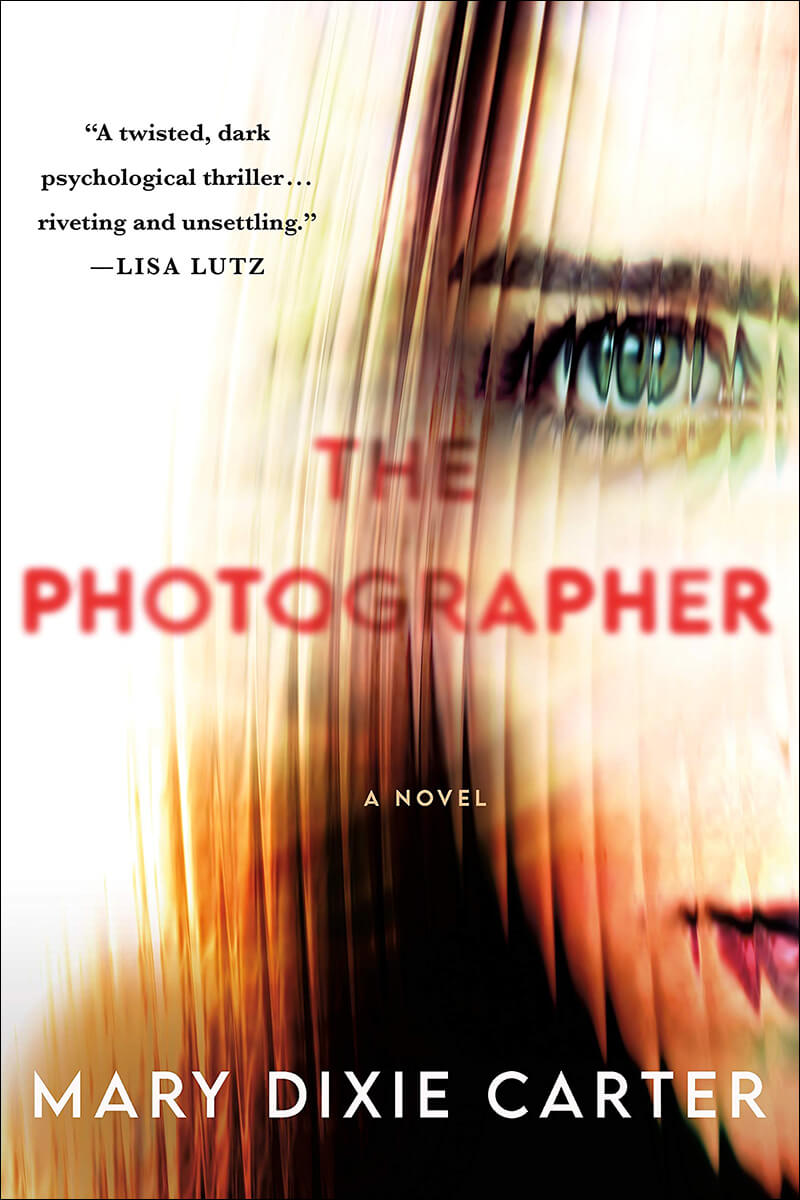 As a photographer, Delta Dawn observes the seemingly perfect lives of New York City’s elite. But when Delta is hired for Natalie Straub’s eleventh birthday, she finds herself wishing she wasn’t behind the lens but a part of the scene―in the Straub family’s gorgeous home and elegant life. That’s when Delta puts her plan in place, by babysitting for Natalie; befriending her mother; finding chances to listen to her father. Soon she’s bathing in the master bathtub, drinking their expensive wine, and eyeing the beautifully finished garden apartment in their townhouse. A slyly observed, suspenseful story of envy and obsession, told in the mesmerizing, irresistible voice of a character who will make you doubt that seeing is ever believing. 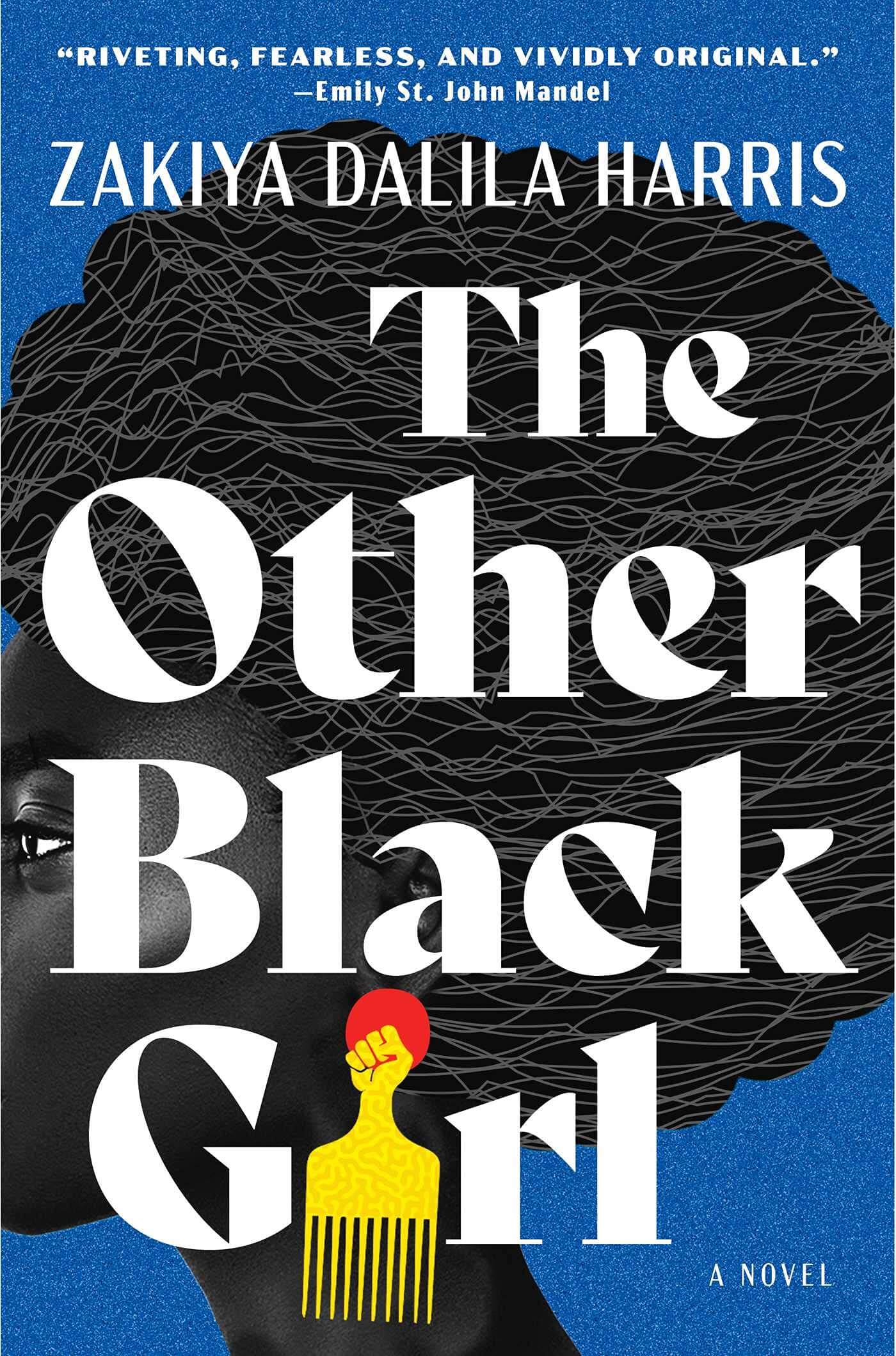 Nella is tired of being the only Black girl at her office, so she’s thrilled when Hazel starts working next to her. Then Hazel becomes the new office sweetheart, and Nella is left in the dust with eerie messages on her desk. Nella begins to spiral and question the sinister forces, including Hazel, that are messing with her career. 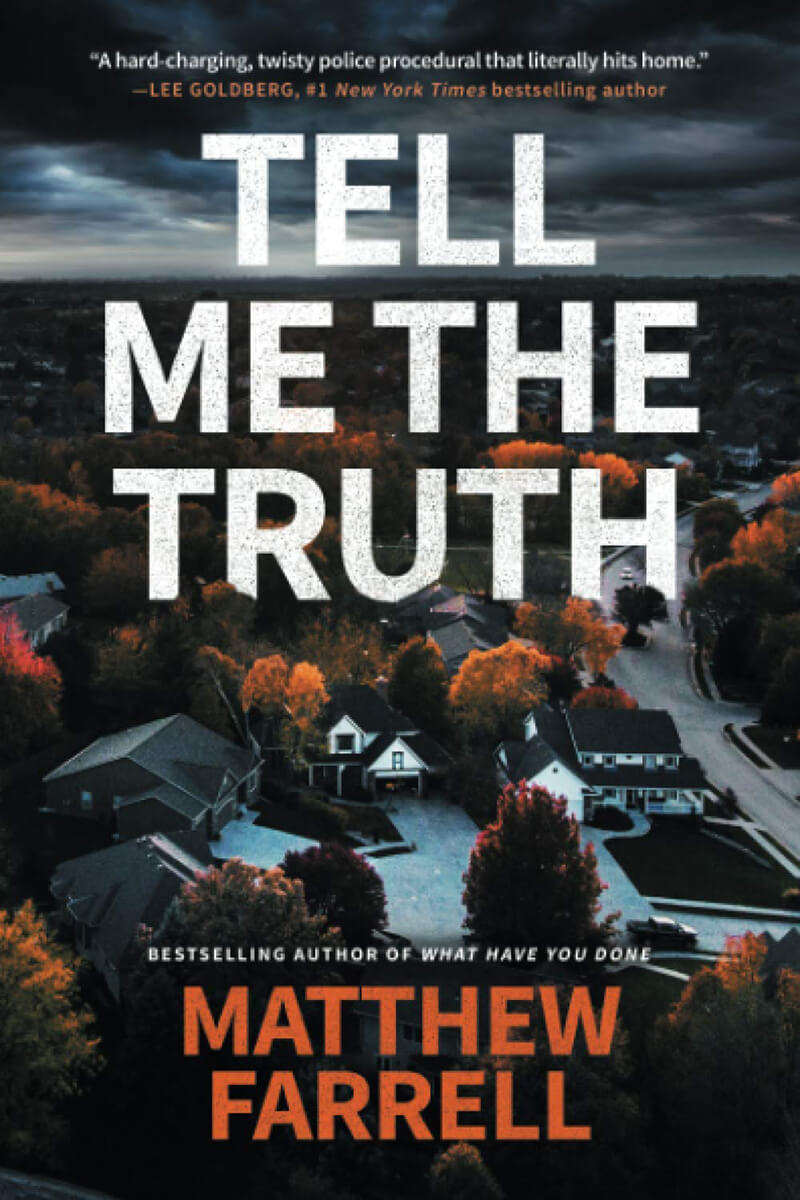 Jenny Moore was looking forward to a fresh start at college, but her dreams were crushed because of the people in her life. When her mother discovers Jenny dead behind their house, a murder investigation begins. State police detectives Liam and Susan immediately detect that something is not quite right, and the secretive family is of no help. The clues contradict her parents’ story and the town has a history of hiding the truth. Will Liam and Susan crack the case before it’s too late? 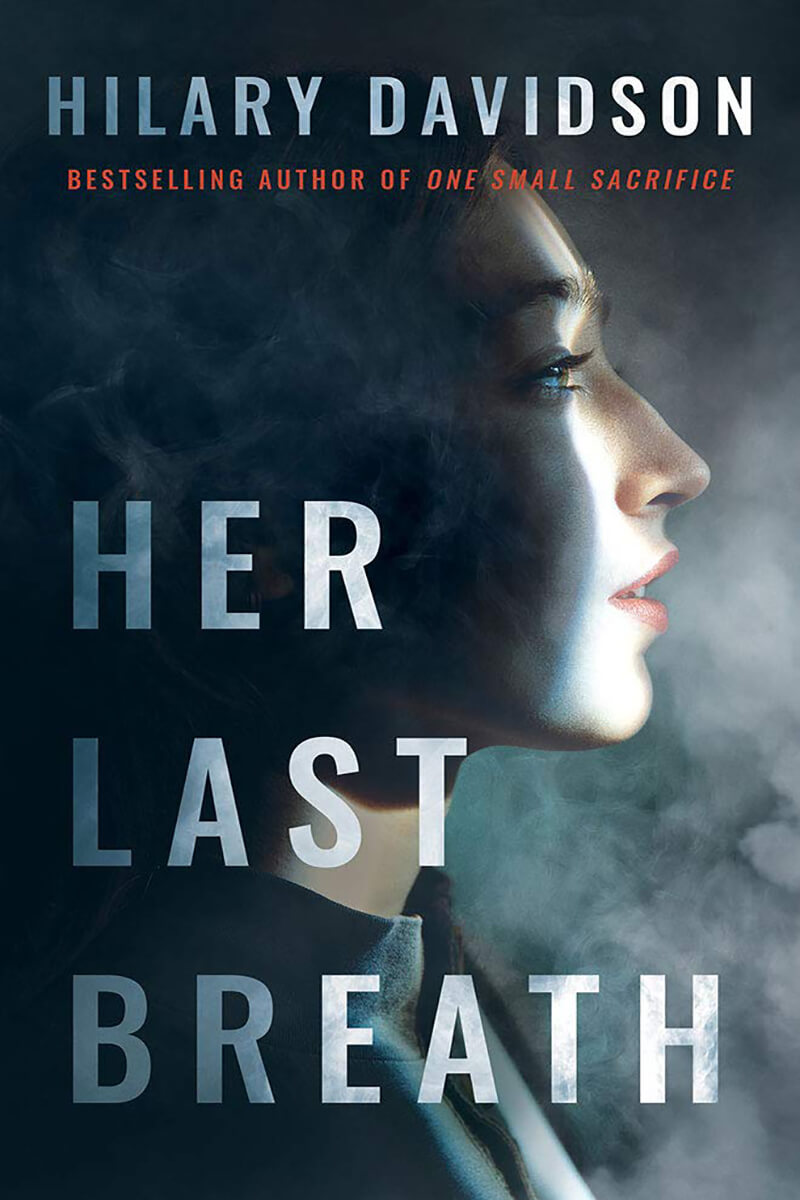 The death of Deidre’s sister Caroline leaves her both heartbroken and confused. Caroline had sent Deidre a note just days before warning that her death would be no accident and that her husband Theo had killed his first wife. Deidre confronts Theo, only to find out that her beloved sister had been having an affair. Paranoid and armed with information, Deidre sets out to dig deep and discover the truth. 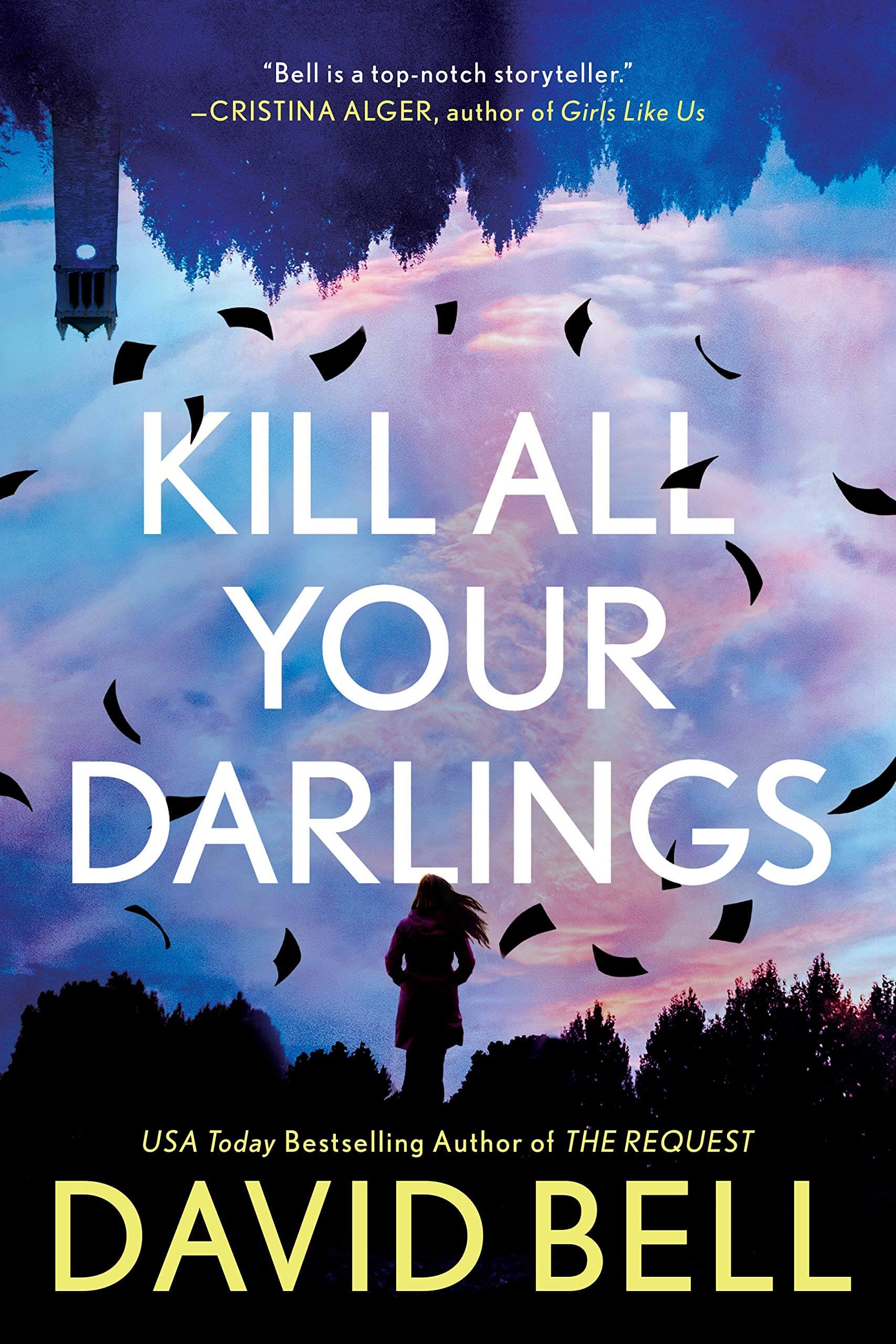 After years of struggling to write following the deaths of his wife and son, English professor Connor Nye publishes his first novel, a thriller about the murder of a young woman. There’s just one problem: Connor didn’t write the book. His missing student, who is presumed dead, did. And then she appears on his doorstep, alive and well, threatening to expose him. Connor’s problems escalate when the police insist details in the novel implicate him in an unsolved murder from two years ago. A suspenseful, provocative novel about the sexual harassment that still runs rampant in academia—and the lengths those in power will go to cover it up. 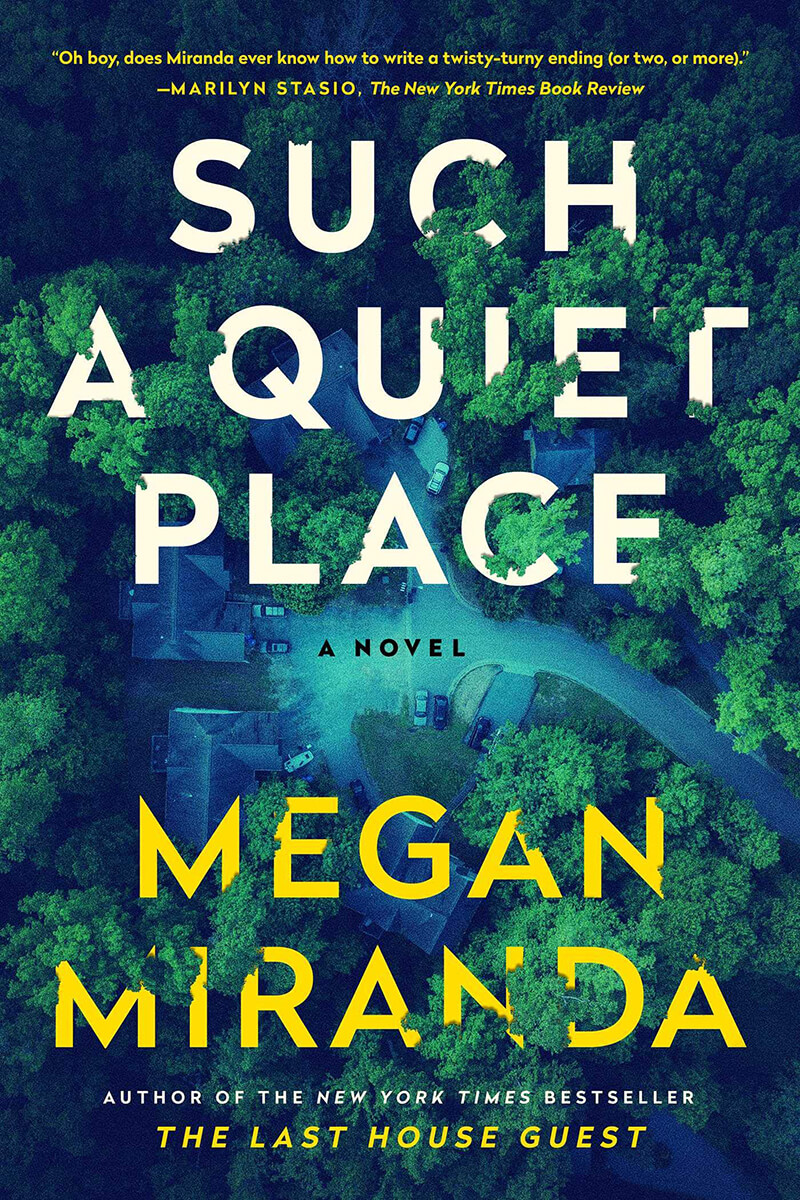 Hollow’s Edge used to be a quiet place. But then came the murder of Brandon and Fiona Truett. A year and a half later, Hollow’s Edge is simmering. The residents are trapped, unable to sell their homes, confronted daily by the empty Truett house, and suffocated by their trial testimonies that implicated one of their own. Ruby Fletcher. And now, Ruby’s back, her conviction overturned. Within days, suspicion spreads like a virus across Hollow’s Edge. It’s increasingly clear that not everyone told the truth about the night of the Truett’s murders. Pulsating with suspense and with the shocking twists that are Megan Miranda’s trademark, Such a Quiet Place is Megan Miranda’s best novel yet—a twisty locked-box thriller that will keep you turning pages late into the night. 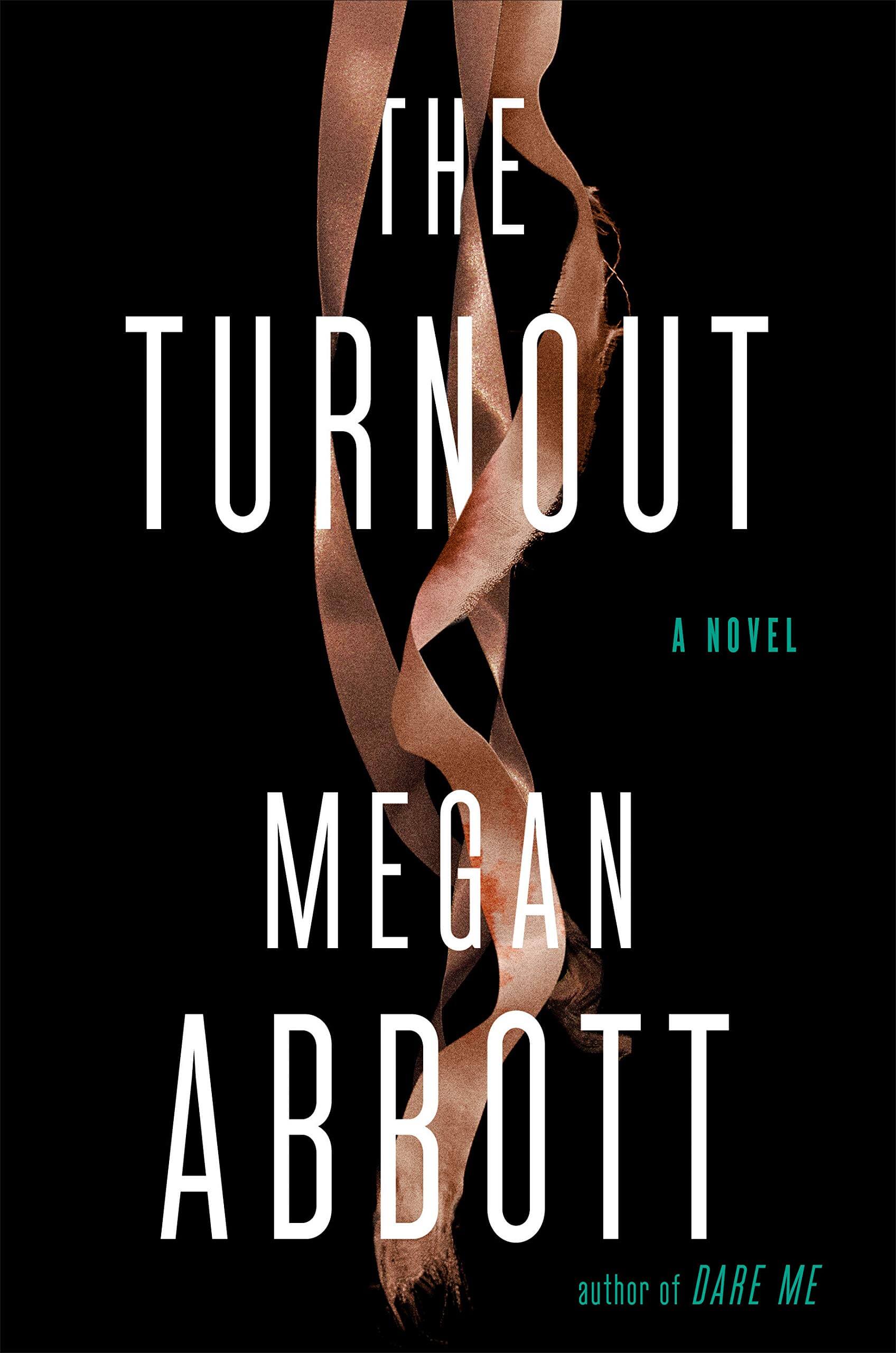 Dara and Marie have been dancers since birth due to their glamorous mother’s studio. When their parents tragically die, the two girls take over the dance studio, along with favorite student Charlie. The three have perfected managing the business—until a suspicious accident occurs right before the performance of the nutcracker. Will the three dancers be able to balance it all? Or will their poise and perfection finally be cracked? 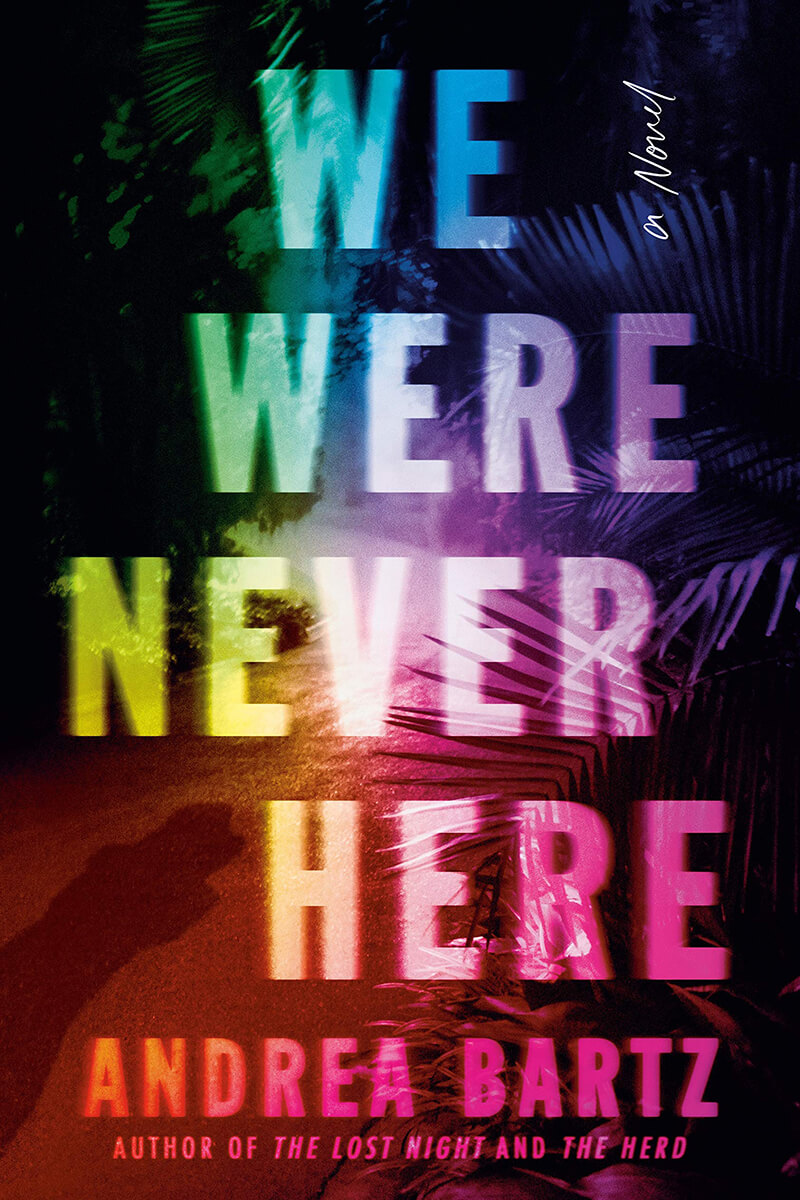 Emily is having the time of her life—she’s in the mountains of Chile with her best friend, Kristen, on their annual reunion trip, and the women are feeling closer than ever. But then Emily enters their hotel suite to find blood and broken glass on the floor. Kristen says the cute backpacker she brought back to their room attacked her, and she had no choice but to kill him in self-defense. Even more shocking: The scene is horrifyingly similar to last year’s trip, when another backpacker wound up dead. Back home in Wisconsin, Emily struggles to bury her trauma, but when Kristen shows up for a surprise visit, Emily is forced to confront their violent past. As Emily feels the walls closing in on their cover-ups, she must reckon with the truth about her closest friend. Can Emily outrun the secrets she shares with Kristen, or will they destroy her relationship, her freedom—even her life? 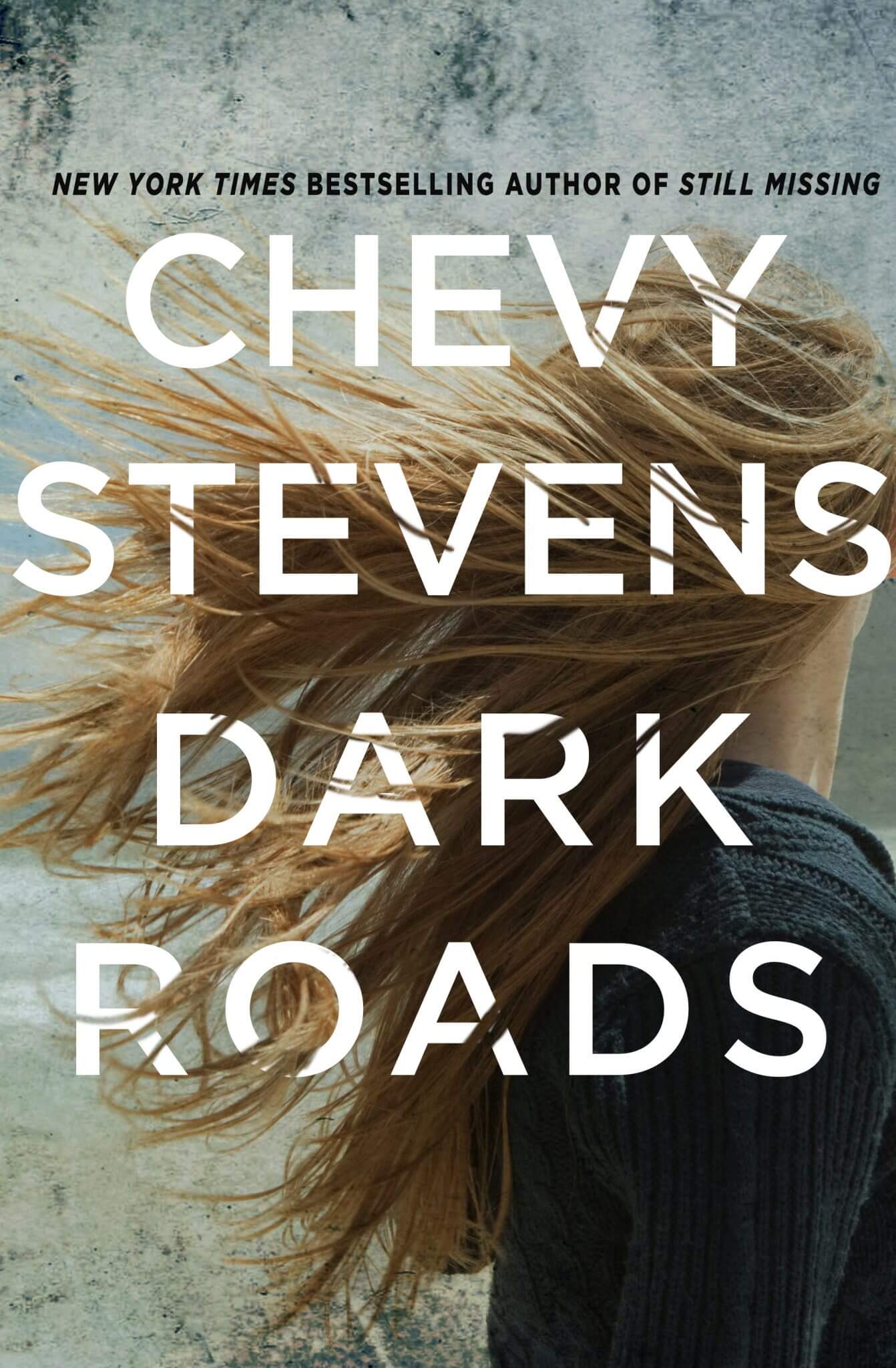 Hitchhikers have been vanishing along the dangerous Cold Creek Highway for decades. Women have been known to have cars break down and disappear. Still, Hailey McBride tests her fate with Cold Creek when she runs away. One year later, Beth Chevalier arrives in Cold Creek to mourn the victims of the highway—her sister Amber among them. Beth has become addicted to drugs, and hopes this memorial will bring her peace. Beth begins to connect with people who knew Amber, and soon learns that beneath the fear of Cold Creek lie many liars. 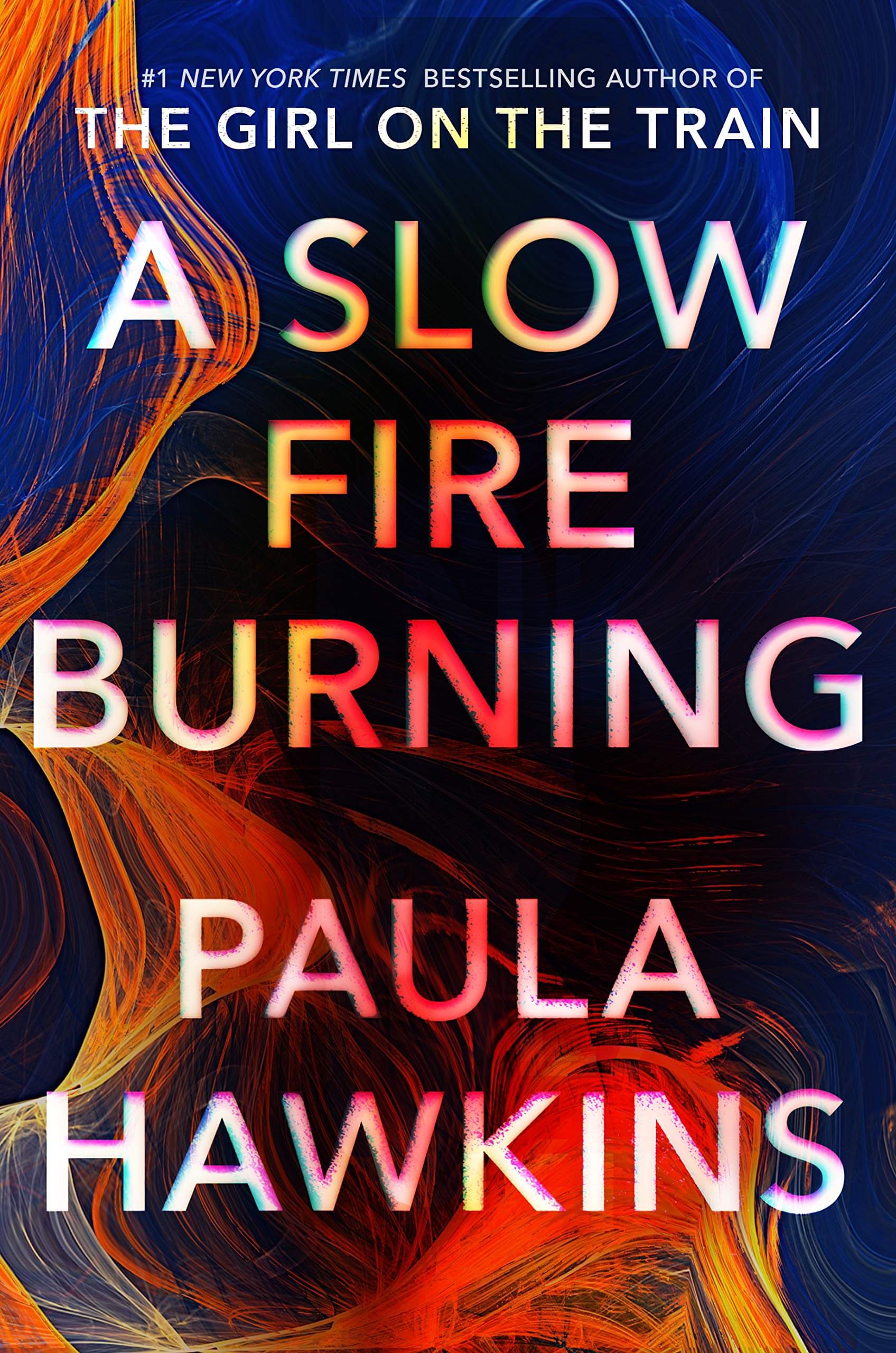 Want more reads for 2021? Check out some of our other lists!