Must-Read Novels Coming to Paperback in 2022

Must-Read Novels Coming to Paperback in 2022

We’re all book lovers here, so we get it. But sometimes, there’s nothing more comforting than the feel of a paperback book between your hands. Perfect for reading in bed, traveling in your backpack, or tucking into your jacket pocket, if you’ve been waiting for new releases to come to paperback, we’re here to help! Check out these must-read novels coming to paperback this summer. 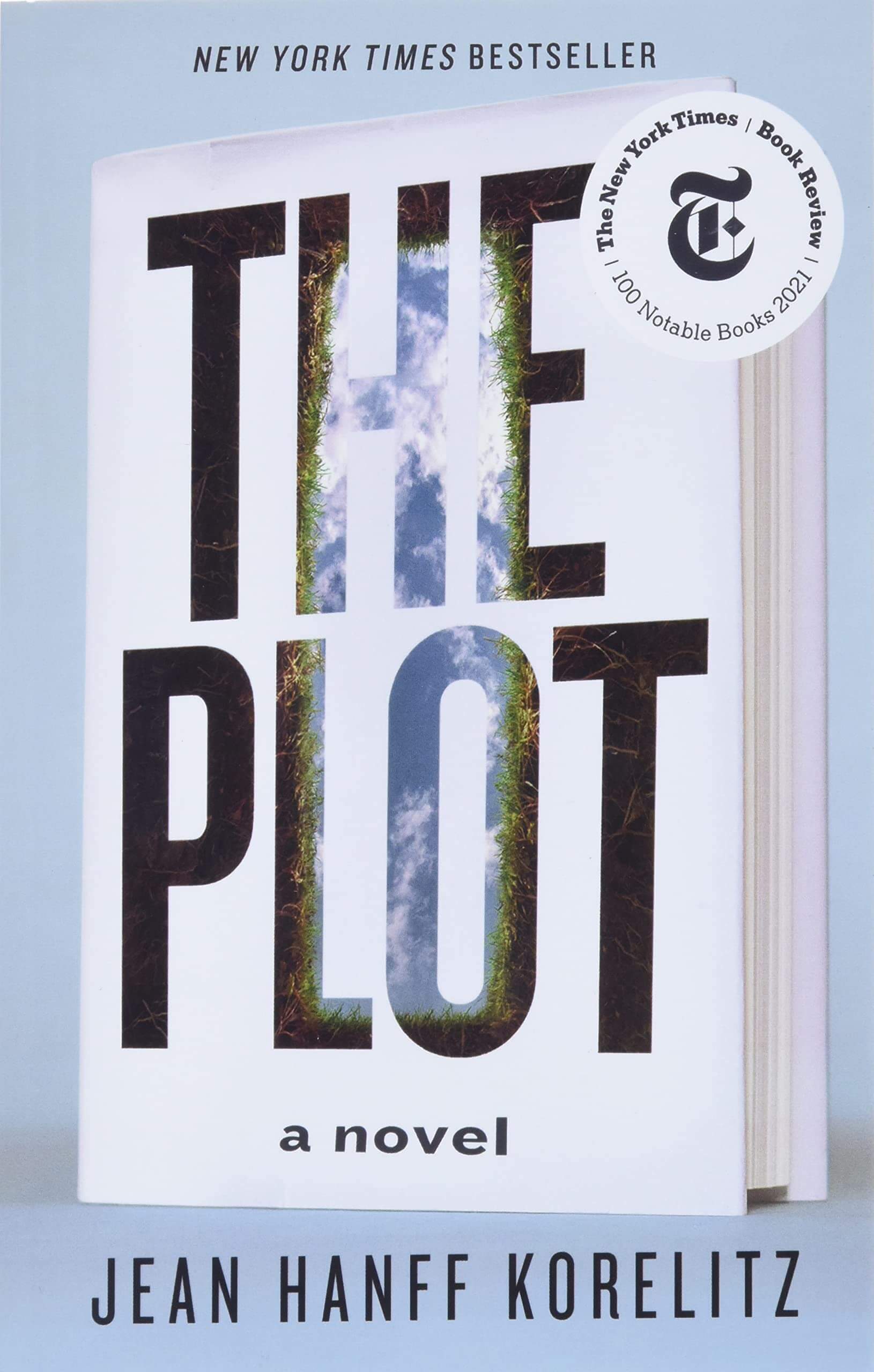 To Jacob Finch Bonner, the plot of his student Evan Parker’s first novel sounds like guaranteed success. He can’t help but envy the young writer. After all, he was once a novelist with great potential. But that was years ago, and he hasn’t written anything decent since. When he discovers that Evan Parker has died before completing his novel, Bonner steals it for himself. And just as predicted, the story is a hit—except it’s Bonner who is basking in its triumph. But at the height of his fame and fortune, Bonner receives an anonymous email that could expose his secret to the world: You are a thief. In an attempt to identify this correspondent and hide the truth from his readers and publishers, Bonner digs into the life of his late student and makes some shocking discoveries in the process. 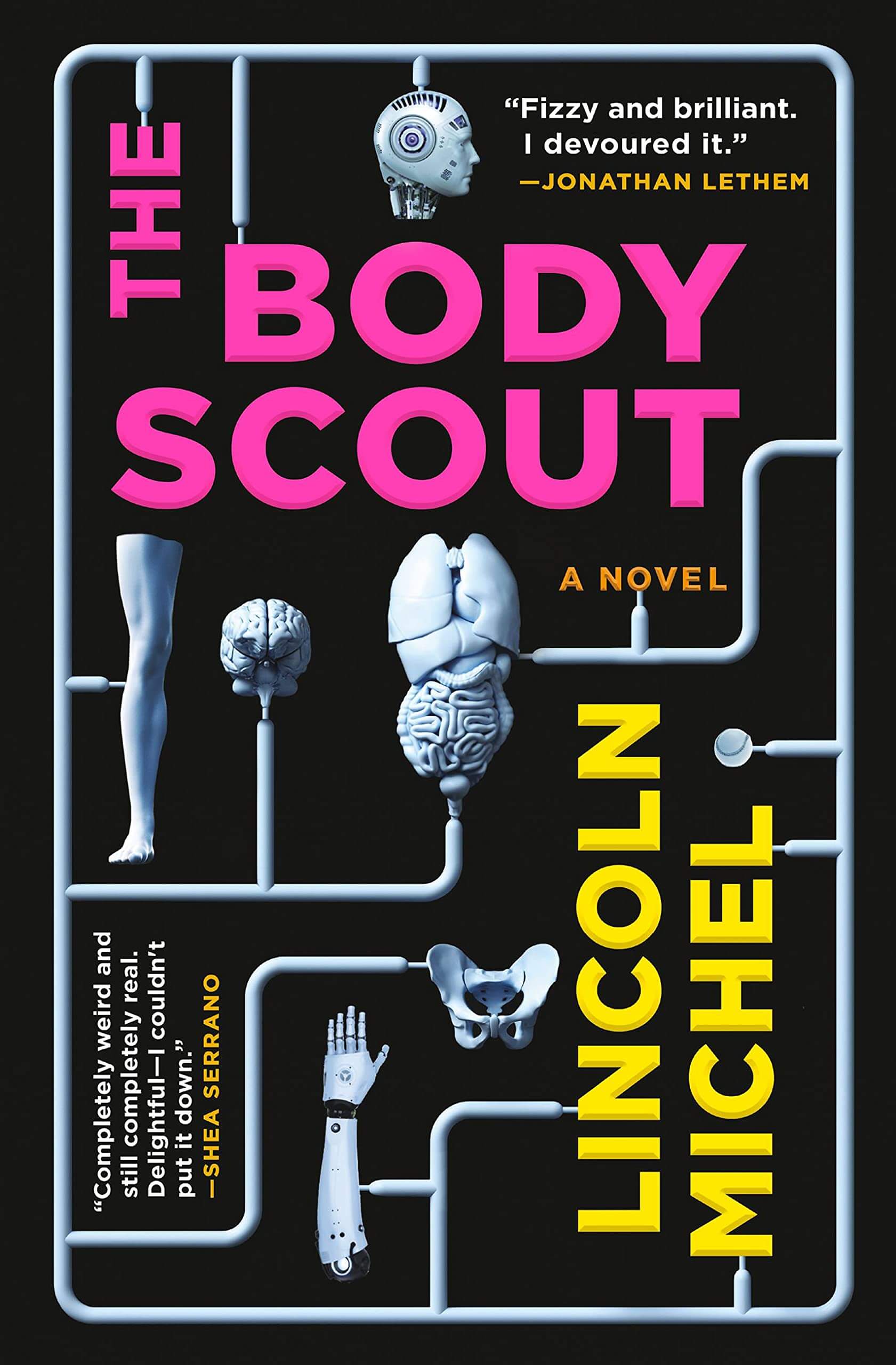 In a future where body modification is the norm, Kobo struggles to make a living scouting for Big Pharma-owned baseball teams. When his brother, a baseball player for the Monsanto Mets, is murdered, Kobo is determined to find the killer. To uncover the truth, Kobo must navigate a world run by the genetically modified. But he soon realizes that he’s involved himself in something much bigger and darker than he could have imagined. 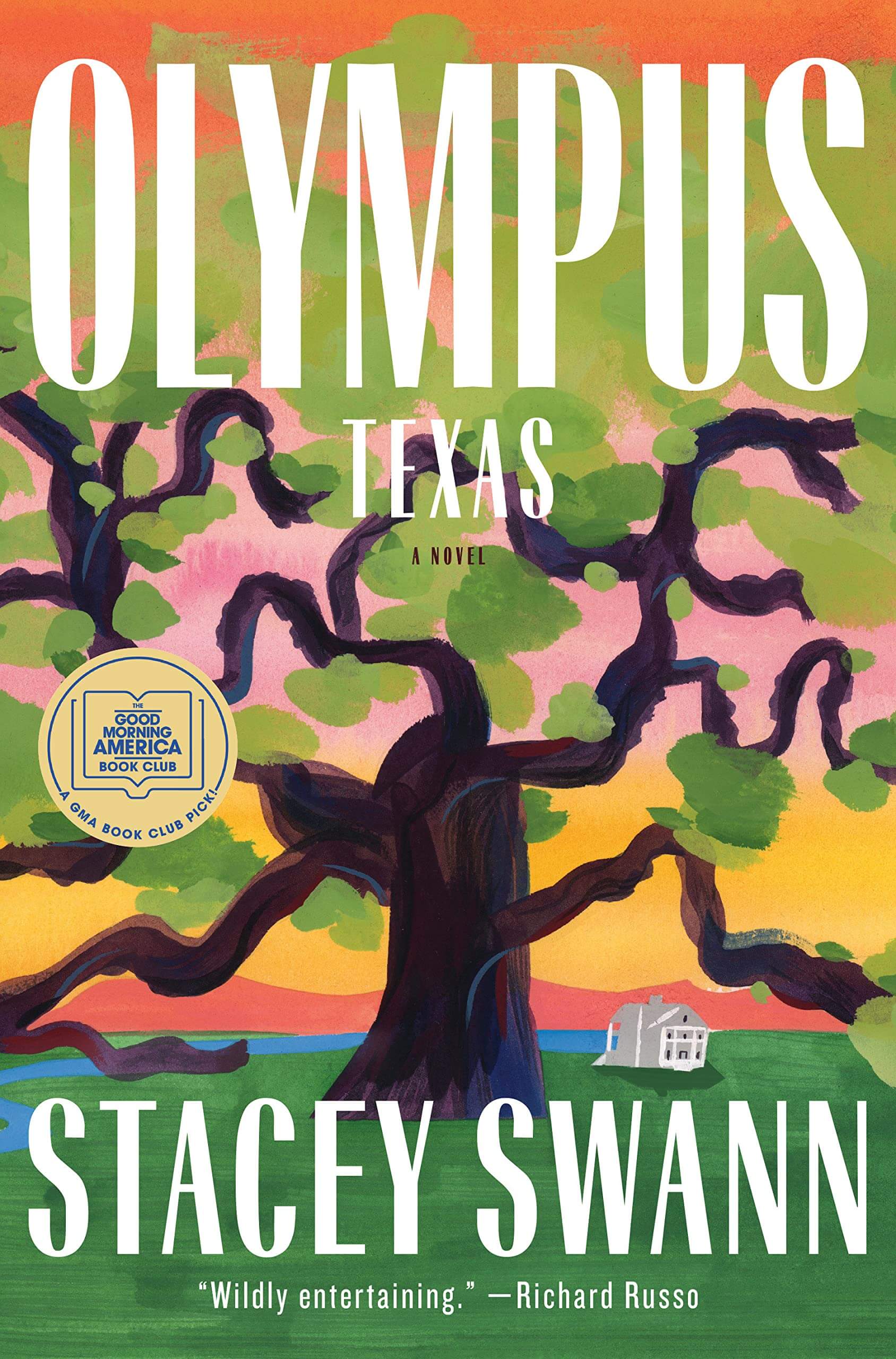 Swann expertly interweaves elements of Greek myth in this modern family saga. Two years ago, March was caught having an affair with this brother’s wife. Now, he’s returned to make amends, and all eyes in this small East Texas town are on the Briscoe family. March’s mother, June, is unmoved by his return and unwilling to forgive. And, despite any good intentions March may have, his return is the catalyst for a series of ill-fated events and altercations that will test the bonds of family love. 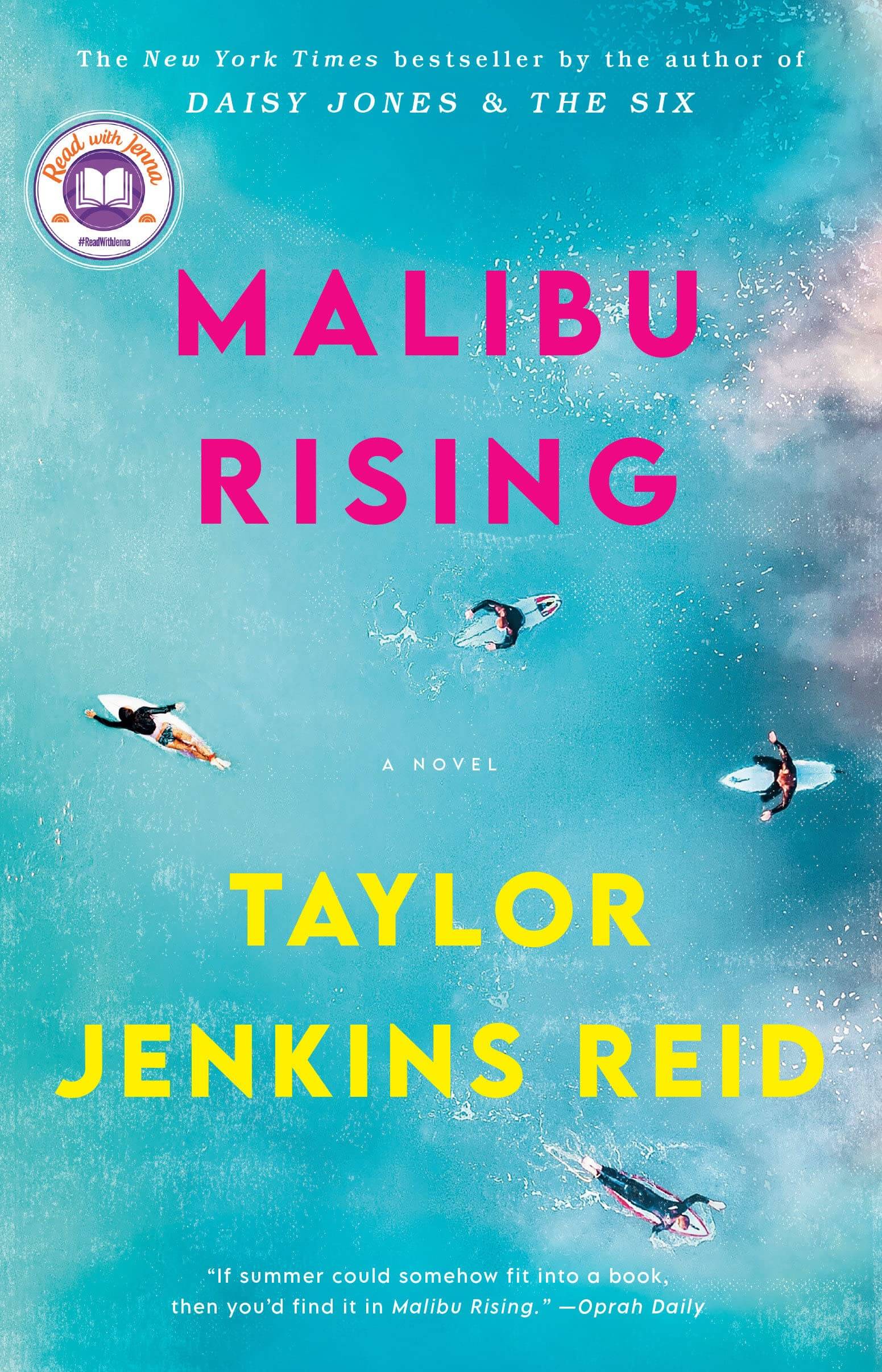 The Riva family name is associated with many talents, including surfing, singing, modeling and photography. But its celebrity status is also associated with something else: Nina Riva’s annual end-of-summer party. This legendary bash has everyone scrambling to get on the invite list. But in 1983, on the night of the party, the Riva mansion catches fire and burns to the ground. The events leading to the fire are described through shifting perspectives of the Riva siblings. As the night unfolds, secrets come to light, and the Rivas must face the true meaning of family. 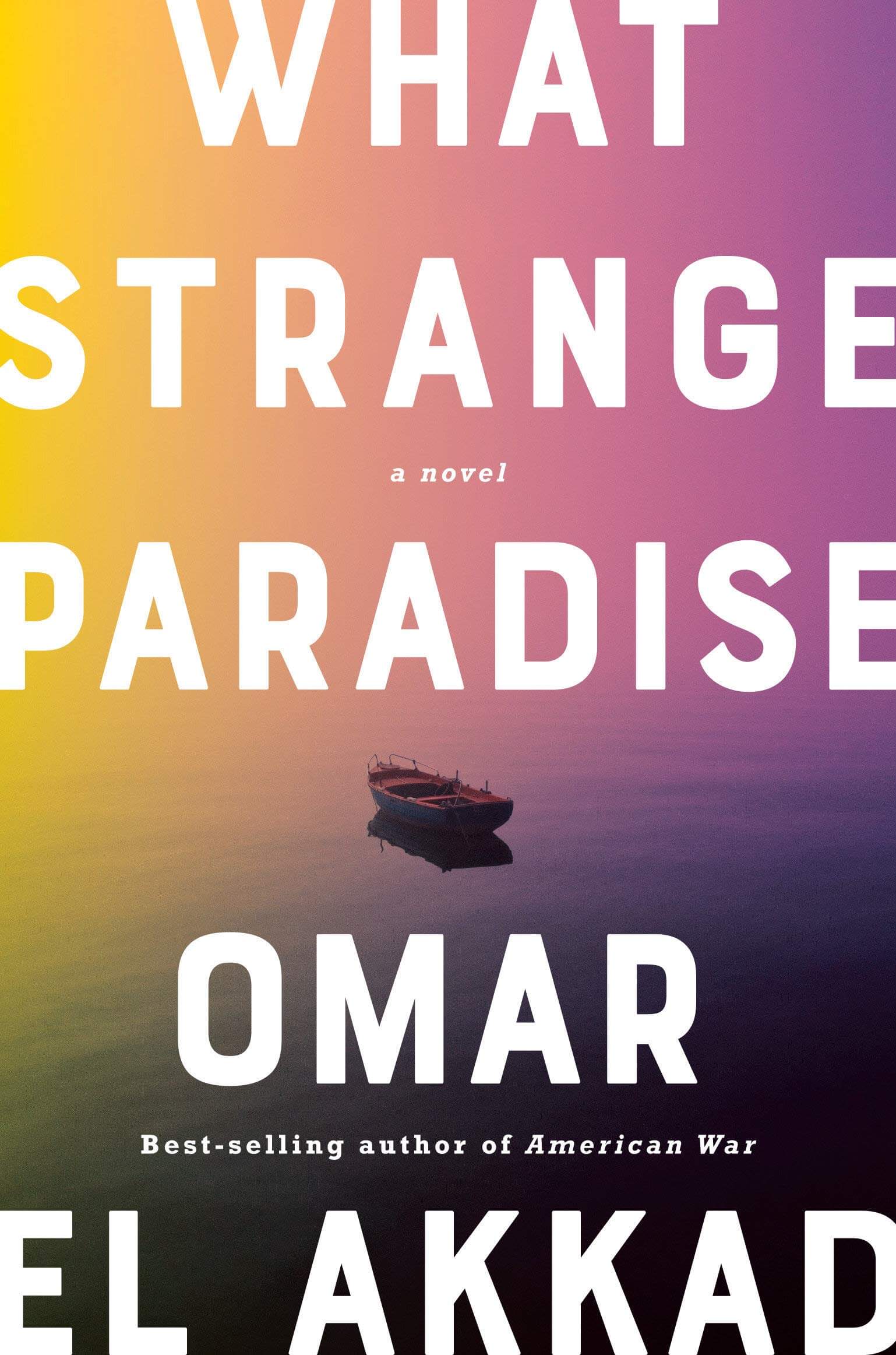 Ships carrying refugees across the sea are overcrowded and ill-equipped and, on a small island, the bodies of another sunken ship wash ashore. Somehow, a nine-year-old  Syrian boy named Amir survives the wreckage and Vänna, a teenage girl living on the island, vows to keep him safe. Vänna has come to despise her community and is seeking her own place to call home. Together, the two must navigate a hostile world and try to make it to safety. 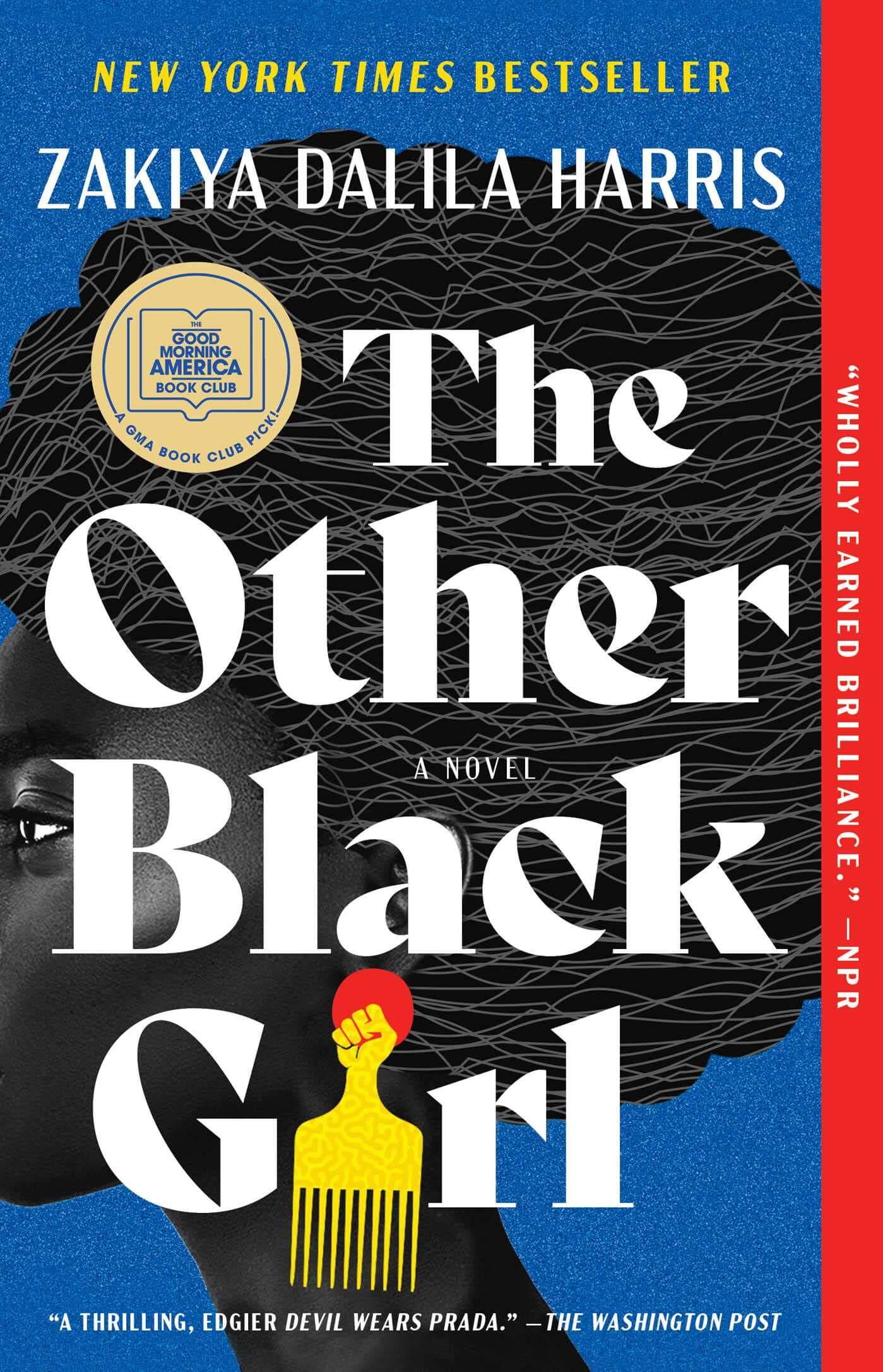 Nella Rogers is sick of the tension and seclusion that comes with being the only Black employee at Wagner books. So when the company finally hires Hazel, another Black woman, Nella is optimistic that things will improve. Unfortunately, her optimism is short-lived: Hazel quickly becomes the office favorite and Nella is left far behind. To make matters worse, Nella begins to receive threatening notes demanding she leave Wagner immediately. Could Hazel be the one sending the antagonistic messages? As Nella investigates the possibilities, she comes to realize that it’s not just her career that may be in danger. 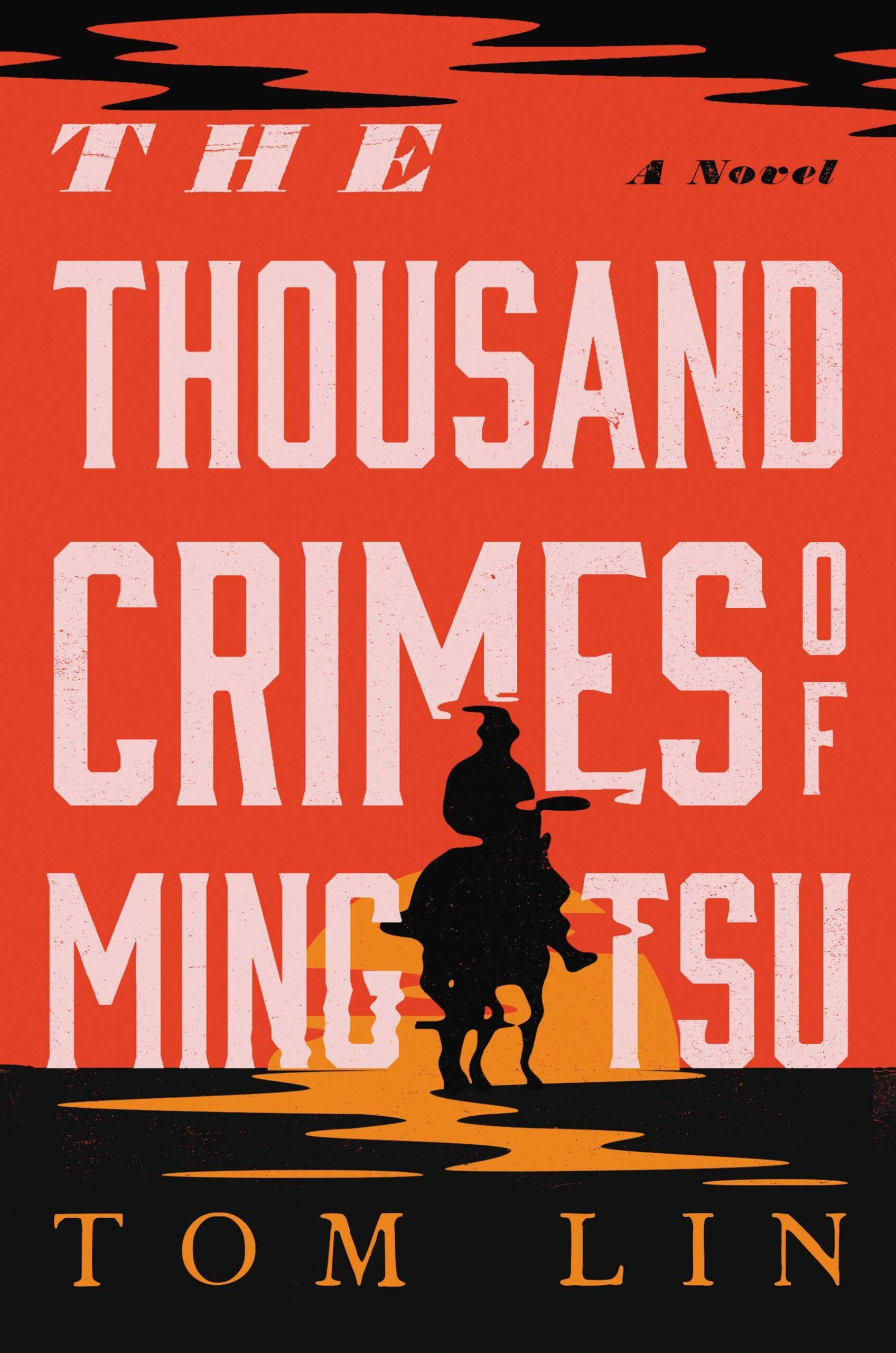 This romantic thriller is about one man’s quest for redemption. Ming Tsu was raised by the leader of a powerful crime syndicate to be an expert killer. When Ming falls in love with Ada, the daughter of a a railroad magnate, he takes the chance to start a new life, and the two elope. Soon after, Ada is kidnapped and now Ming must use his skills to save his wife and settle old scores. Along the journey, he’ll team up with a blind clairvoyant known as the prophet and a group of magic-show performers, some of whom have special powers. Set in the great expanse of the west and packed with suspense, this is a novel of epic proportions. 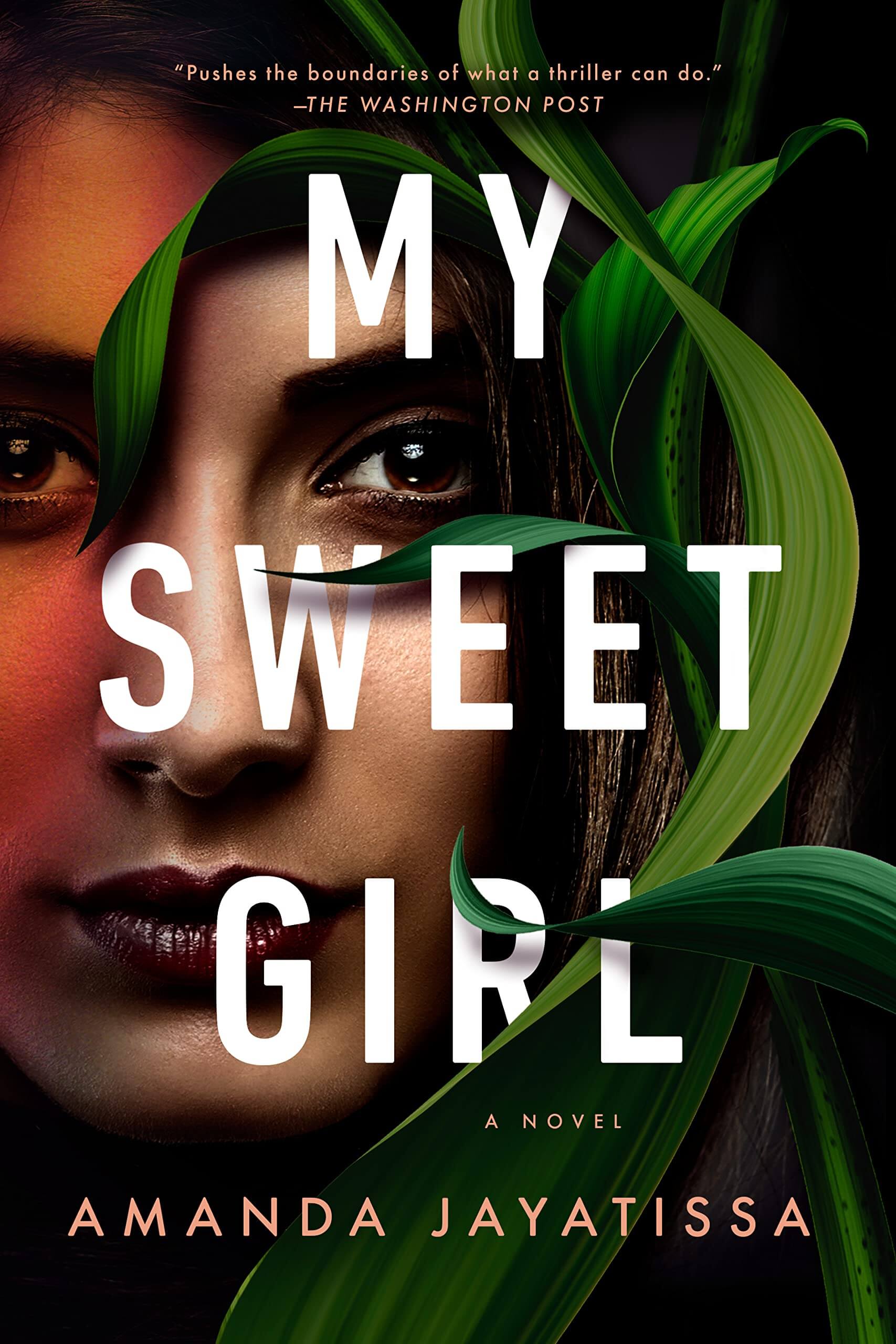 When Paloma sublets the second bedroom of her San Francisco apartment to Arun, who recently moved from India, she feels good about it, believing it’ll be nice to help someone establish a home and a sense of belonging in a new country. After all, Paloma was adopted from an orphanage in Sri Lanka and is familiar with the process of adjusting to a new life. But things begin to spiral out of control when Arun discovers her darkest secret. Before Paloma can figure out how to keep it contained, Arun’s body is found in a pool of blood. The mystery of his death is amplified when the police arrive on the scene and the body is gone, along with any evidence that Arun ever existed. Could this all be related to her escape from Sri Lanka? In order to protect her future, Paloma must face the actions of her past. 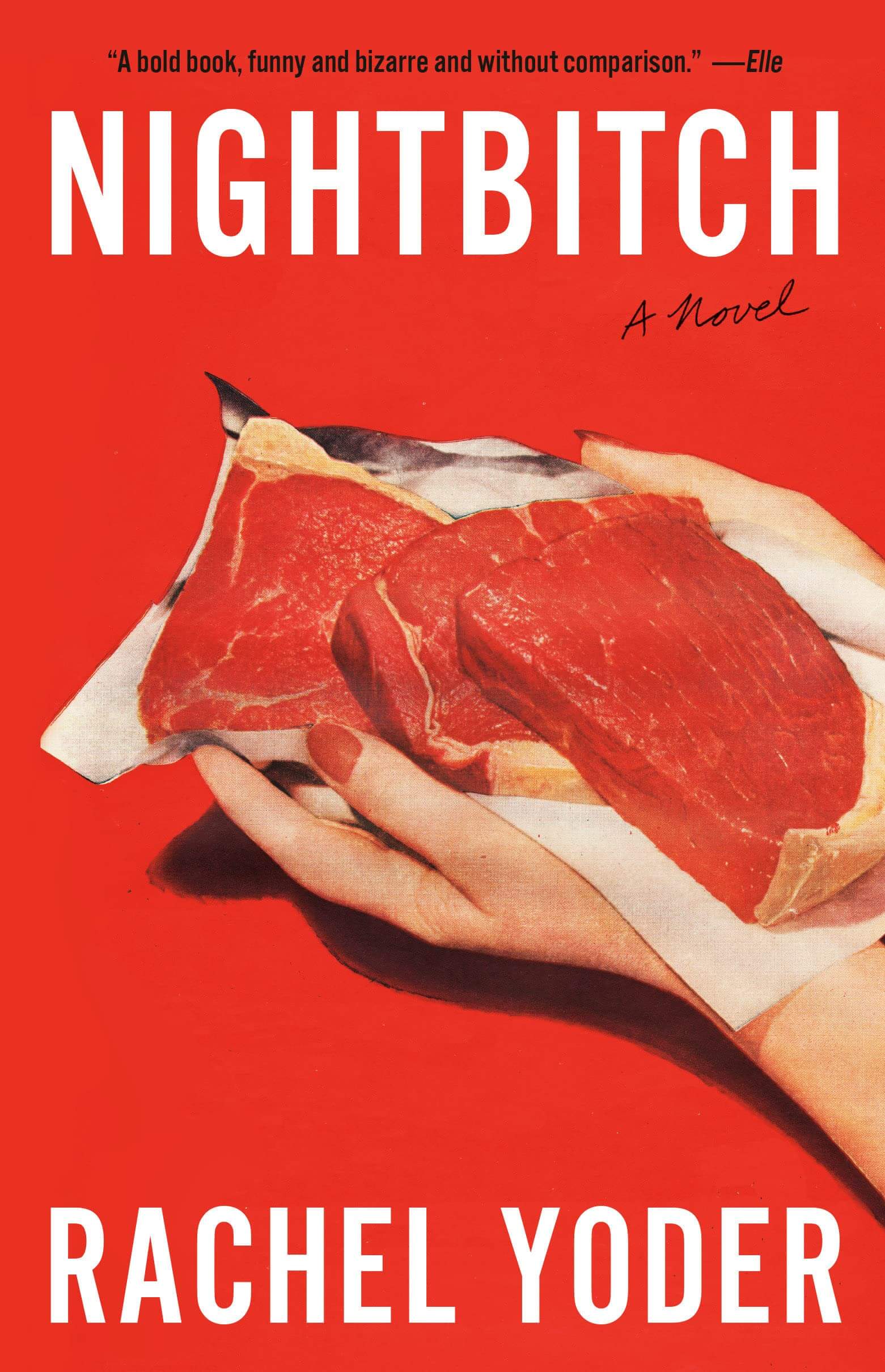 Two years after her son is born, a stay-at-home mom begins to notice unusual symptoms in herself. Her hair is growing thicker, her canines sharper. She finds herself developing the compulsions of a dog, but when she shares these terrifying revelations with her husband, he dismisses her concerns. She searches for a cure for her new affliction at the library, where she meets an intriguing group of mothers who seem to be harboring secrets of their own. This is a dark, fresh story about art, power and the wild journey of motherhood. 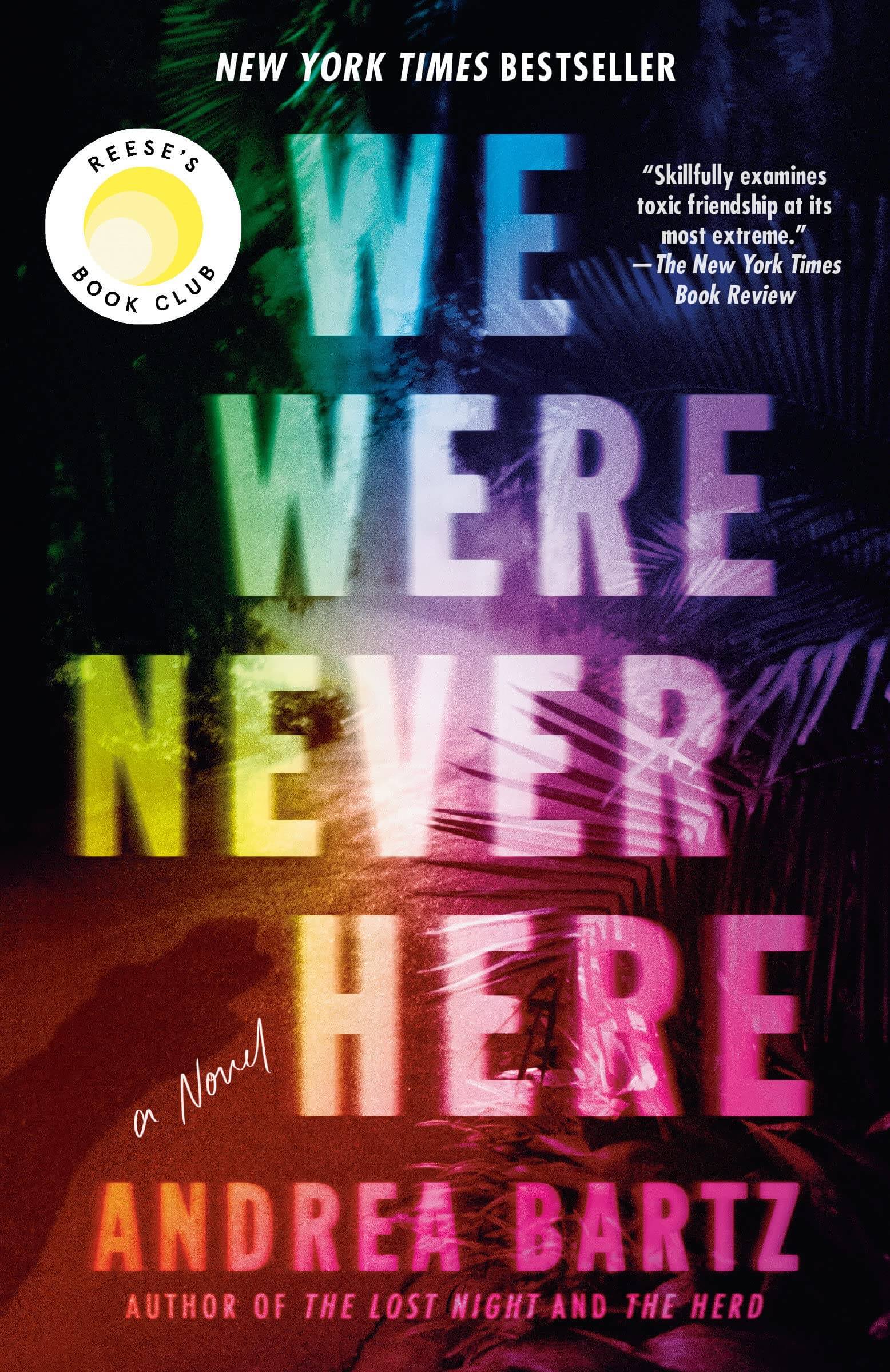 When a backpacker is killed in Emily and Kristen’s hotel room on their annual reunion trip, the scene is all too familiar. Kristen claims he attacked her when she brought him back to their room and she killed him to save herself, but Emily can’t help questioning the possibility of her story. It was only last year when another backpacker was found dead on their trip—could it really be just a stroke of bad luck? Emily tries to distract herself from the trauma of it when she arrives home, but must face her past when Kristen shows up again, unannounced. Is there a more sinister reason behind Kristen’s desire to keep Emily close? What will happen to their friendship—and their lives—if the secrets they share are finally spilled? 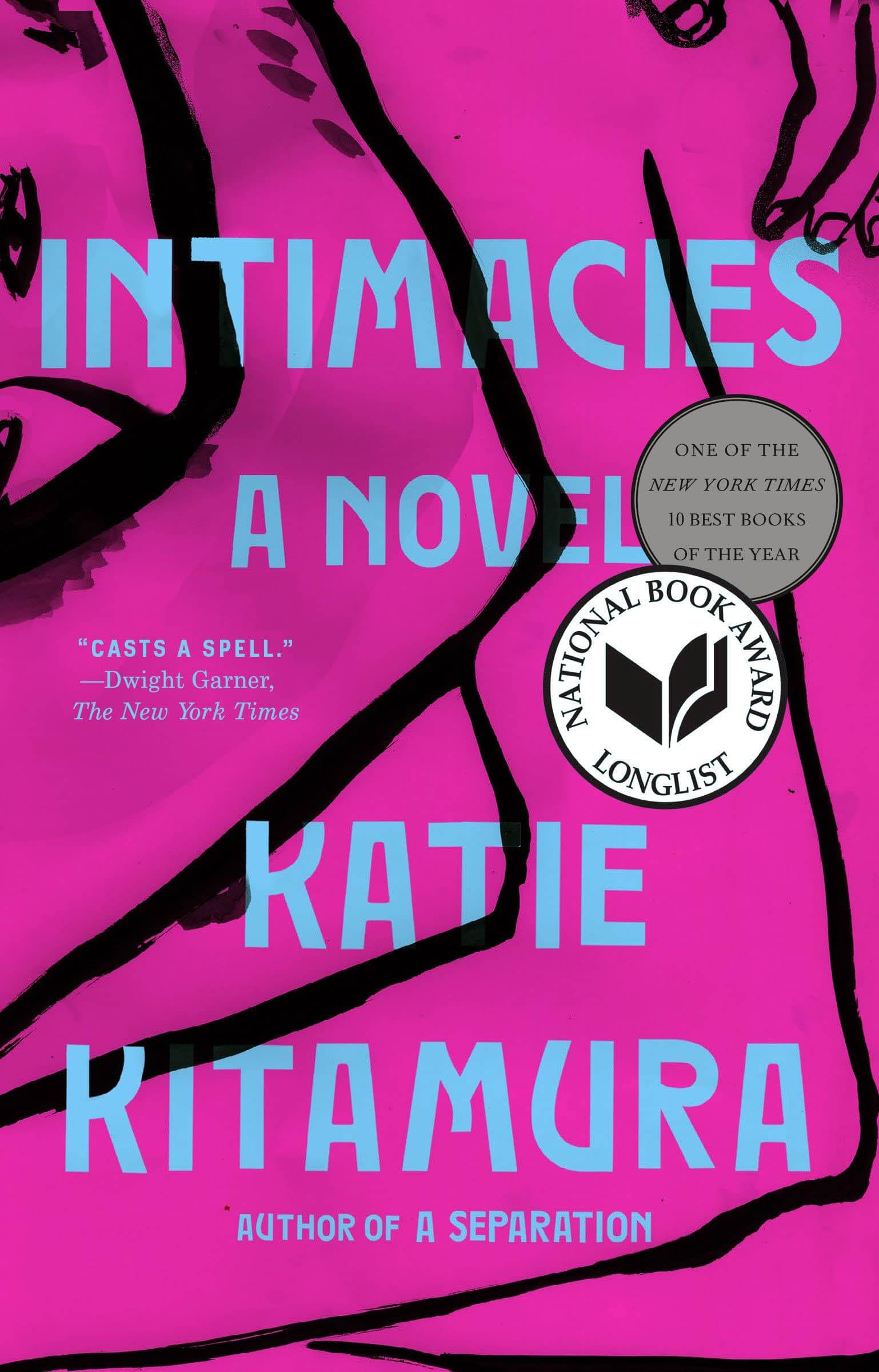 An interpreter with a complex past moves from New York to The Hague to start her new job at the International Court and search for a place to belong. She’s enveloped in dramas both personal and political: Her lover is still stuck in his marriage to another woman, her investigation into a violent crime results in a budding friendship with the victim’s sister, and she receives a job offer to interpret for a controversial former president accused of committing war crimes. As she grapples with notions of power, love and violence, she reaches a tipping point. She must confront these ideas and ultimately decide whether the path she is on is the right one. 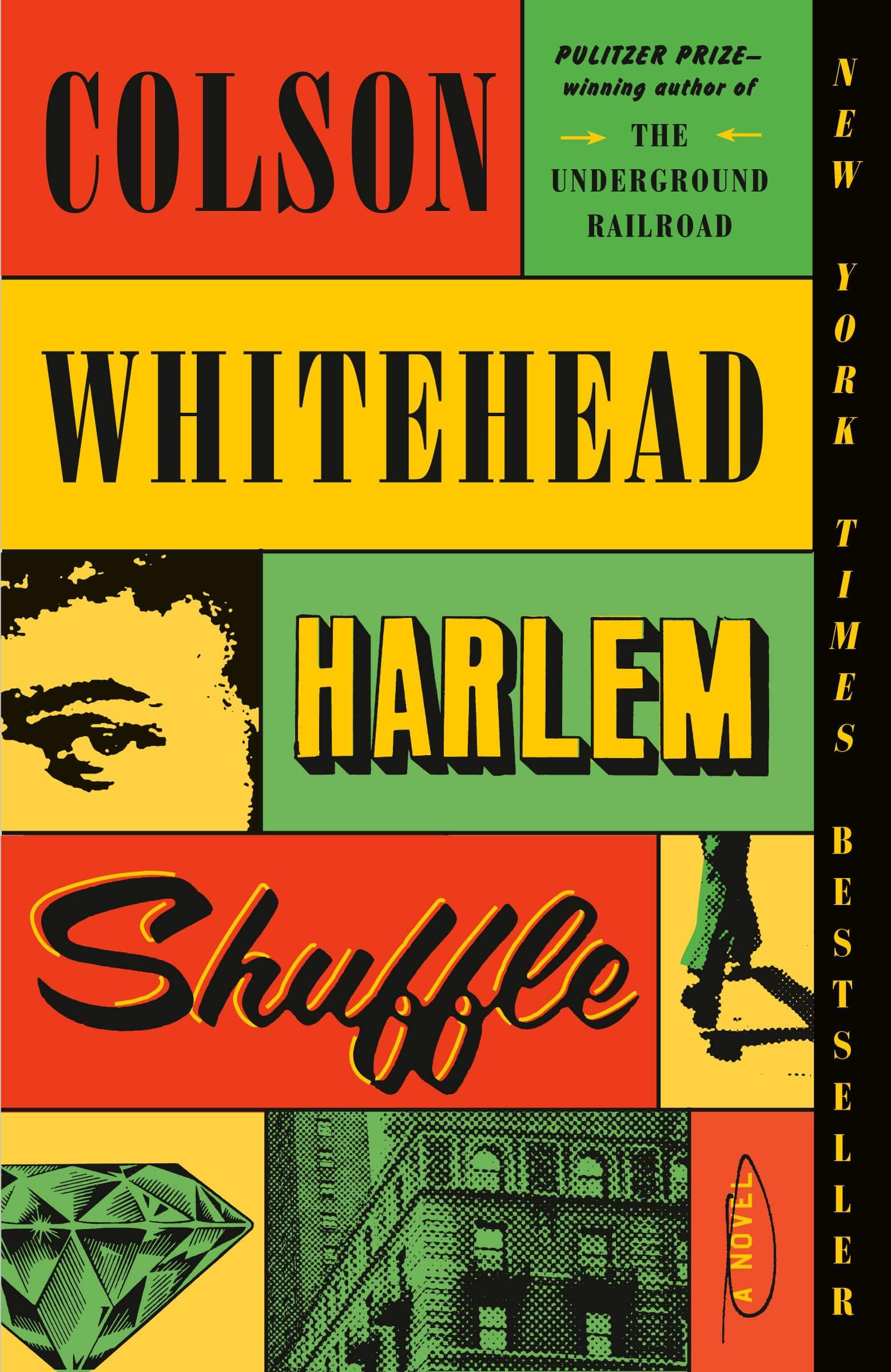 In 1960’s Harlem, Ray Carney is the owner of a furniture store and expecting his second child. Money is tight, so when his cousin Freddie sometimes drops by with jewelry to hand off, Ray doesn’t ask questions. But then Ray finds himself and his business being used in a plan to rob the Hotel Theresa. Freddie and his crew don’t execute the heist according to plan, and soon Ray is facing sketchy cops, friends of a crime lord, and a variety of other Harlem troublemakers. Ray must now find a way to save his cousin and himself, get his share of the money, and uphold his reputation as a respectable businessman. Can he do it? Or will his secret life as a crook jeopardize his entire future?