From a definitive oral history of the iconic and beloved TV show The Wire, to number one bestselling author Sophie Kinsella’s emotionally charged new stand-alone novel, February is bursting with new releases you won’t want to miss. 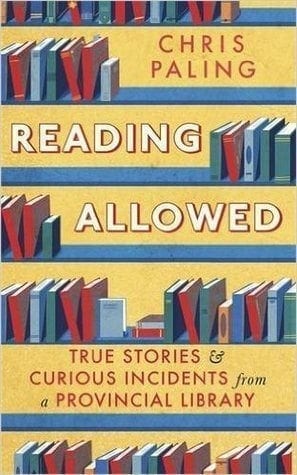 Chris works as a librarian in a small-town library in the south of England. This is the story of the library, its staff, and the fascinating group of people who use the library on a regular basis. Meet characters like the street sleepers Brewer, Wolf and Spencer, who are always the first through the doors, Stewart, a gay man with a spray-on tan, and Trish, who is relentlessly cheerful and always dressed in pink.

Some of the characters’ stories are tragic, some are amusing, some are genuinely surreal, but together they will paint a bigger picture of the world we live in today and of a library’s hugely important place within it. 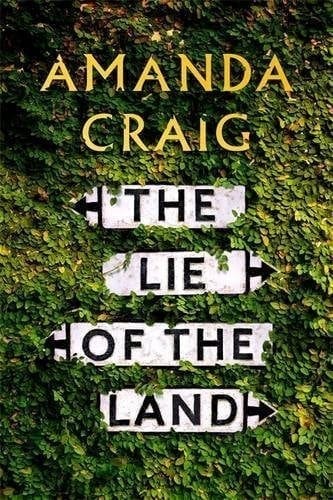 The Lie of the Land by Amanda Craig

Quentin and Lottie Bredin can’t afford to divorce. They also can’t afford to go on living in London; instead, after losing their jobs in the recession, they must downsize and move their family to a house in a remote part of Devon. Arrogant and adulterous, Quentin can’t understand why Lottie is so angry; devastated and humiliated, Lottie feels herself to have been intolerably wounded. Mud, mice and quarrels are one thing – but why is their rent so low? What is the mystery surrounding their unappealing new home? 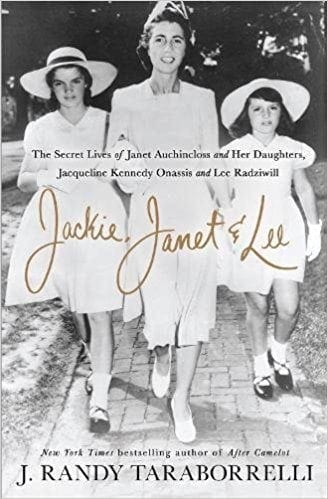 “Do you know what the secret to happily ever after is?” Janet Bouvier Auchincloss would ask her daughters, Jackie and Lee, during their tea time. “Money and Power,” she would say.

Jacqueline Bouvier would marry John F. Kennedy Jr., and the story of their marriage is legendary, as is the story of her second marriage to Greek shipping magnate Aristotle Onassis. Less well known is the story of her love affair with a world-renowned architect and a British peer. Her sister, Lee, had liaisons with both of Jackie’s husbands in addition to her own three marriages – to an illegitimate royal, a Polish prince, and a Hollywood director.

Jackie, Janet & Lee will drop listeners directly into the gilded, tangled web of secrets surrounding one of the most recognizable families in American history. 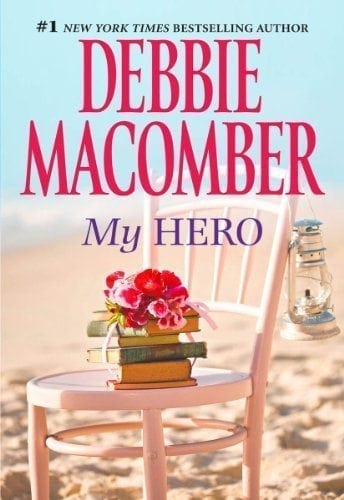 Looking for a Hero: Marriage Wanted/My Hero by Debbie Macomber

Two classic stories of finding love where you least expect it!

Marriage Wanted: Nash Davenport is a divorce attorney, himself divorced, who believes no married couple can live up to their wedding vows. Savannah Charles, however, believes in the value – and the values – of marriage. She’s a wedding planner who finds herself saying yes when Nash unexpectedly proposes. Even though it’s strictly a businessproposal…

My Hero: Would-be romance writer Bailey York has already failed twice at love. She thinks men are wonderful to read and write about, but that’s it. What she needs is a real-life example. She finds one in Parker Davidson – he’s compellingly attractive, forceful and determined, yet capable of tenderness. Parker is perfect as Bailey’s inspiration – but he wants to be the hero in her life, not just in her book! 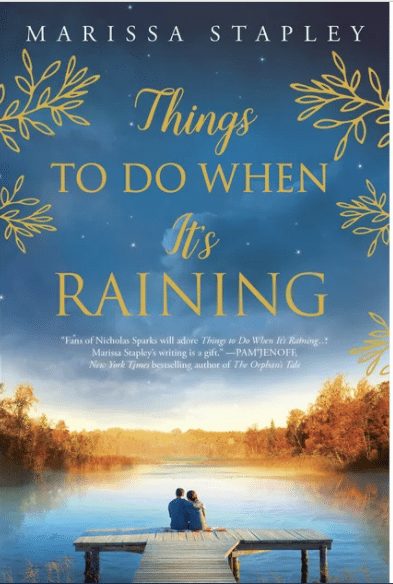 Things to Do When It’s Raining by Marissa Stapley

When secrets tear love apart, can the truth mend it?

Mae Summers has a loving fiancé, a great job, and a beautiful New York City apartment. But her life shatters when she wakes up one morning to discover Peter gone – leaving only a cryptic note behind.

There’s only one place for Mae to go: home to Alexandria Bay, the small tourist town in upstate New York where she was raised by her grandparents. Mae finds her grandmother struggling with dementia, separated from Mae’s grandfather thanks to a terrible secret she never meant to reveal.

She also finds Gabe, her childhood best friend who became the love of her young life – now a handsome if brooding adult, working through a private trauma that still haunts him.

A lifetime of secrets stands in the way of Mae and her family’s happiness, but sometimes it takes equal parts love, forgiveness, and will to mend a heart. 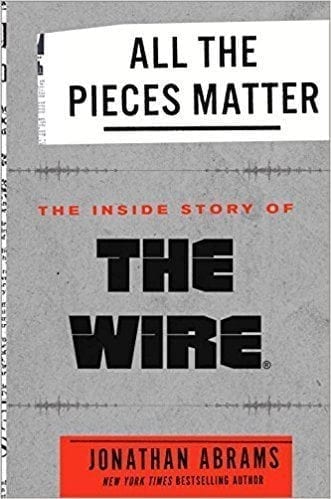 All the Pieces Matter: The Inside Story of The Wire® by Jonathan Abrams

Since its final episode aired in 2008, HBO’s acclaimed crime drama The Wire has only become more popular and influential. The issues it tackled – from the failures of the drug war and criminal justice system to systemic bias in law enforcement and other social institutions – have become more urgent and central to the national conversation. The show’s actors have gone on to become major stars. Its creators and writers have developed dedicated cult followings of their own. Universities use the show to teach everything from film theory to criminal justice to sociology. Politicians and activists reference it when discussing policy. It is arguably one of the great works of art in 20th century America.

But while there has been a great deal of critical analysis of the show and its themes, until now there has never been a definitive, behind-the-scenes take on how it came to be made. 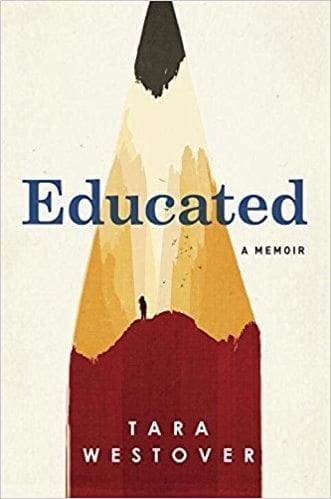 Educated: A Memoir by Tara Westover

Tara Westover was 17 the first time she set foot in a classroom. Born to survivalists in the mountains of Idaho, she prepared for the end of the world by stockpiling home-canned peaches and sleeping with her “head-for-the-hills bag.”

Then, lacking any formal education, Tara began to educate herself. She taught herself enough mathematics and grammar to earn admittance to Brigham Young University, where she studied history, learning for the first time about important world events like the Holocaust and the civil rights movement.

Educated is an account of the struggle for self-invention. It is a tale of fierce family loyalty and of the grief that comes with severing the closest of ties. 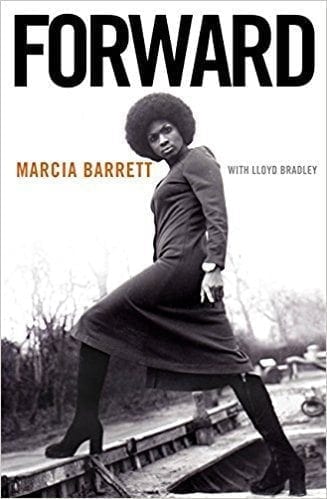 Marcia Barrett has remained relentlessly optimistic and a shining inspiration despite rising from desperate poverty at age 13, becoming pregnant at 15 after being abused by a family friend, a messy group split from Boney M, one of the biggest international groups of the ’70s, millions in unpaid royalties, six bouts of cancer, and having to learn to walk again.

Now, she is ready to tell her fantastic story, which is much more than just a pop star autobiography. It is a charming, candid, laugh-out-loud story of survival, triumph, indomitable spirit and total upfullness, often driven by sheer force of will. 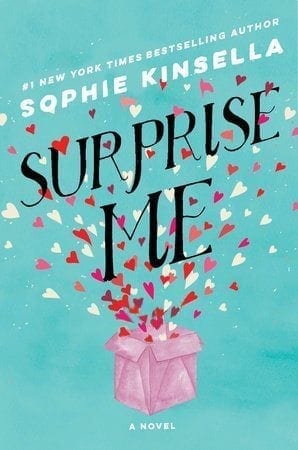 Surprise Me: A Novel by Sophie Kinsella

After being together for 10 years, Sylvie and Dan have all the trimmings of a happy life and marriage. However, a trip to the doctor projects they will live another 68 years together, and panic sets in. They never expected “until death do us part” to mean seven decades.

With a colorful, eccentric cast of characters, razor-sharp observations, and her signature wit and charm, Sophie Kinsella crafts a humorous yet thoughtful portrait of a marriage and shines a light on the danger of not looking past the many layers of the ones you love to discover how infinitely fascinating – and surprising – they truly are. 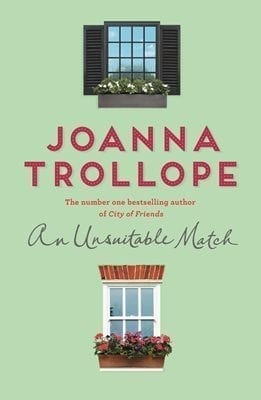 An Unsuitable Match by Joanna Trollope

Dealing with one’s own emotions is one thing. Facing a parent’s roller coaster of a love life is quite another.

Rose Woodrowe is getting married to Tyler Masson – a wonderful, sensitive man who is head over heels in love with her. The problem is, this isn’t the first time for either of them, and their five grown-up children have strong opinions on the matter… As the couple becomes torn between who to listen to and who to please, they find themselves wondering: can they ever be happy themselves?