Spring is here and the books that are releasing over the next few months are incredible. I have compiled a list of some of my most anticipated spring reads and I am so excited to share them with you! There is something here for everyone… from women’s fiction, history, short story collections, a modern twist on a classic, to psychological thrillers, memoirs and even mythology. Authors are bringing their A game, much to the delight of my ever-expanding #TBR list. So let’s get started! 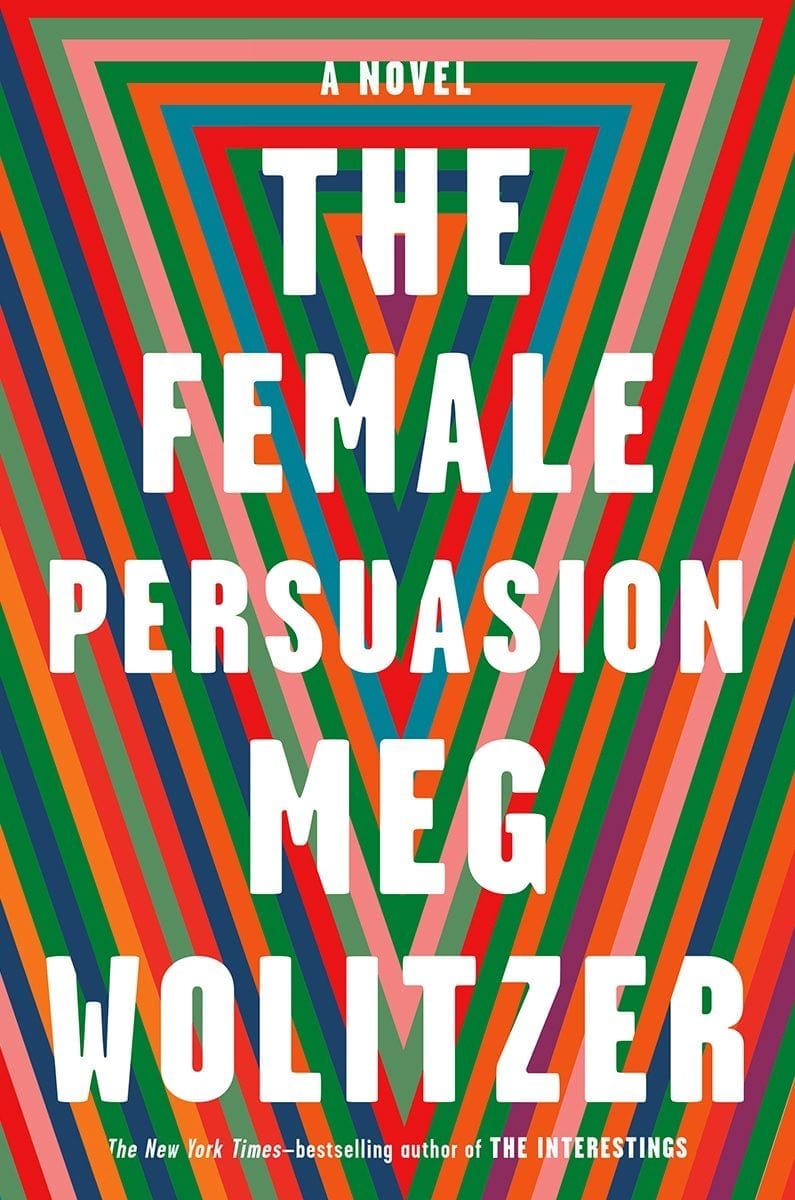 The Female Persuasion by Meg Wolitzer

We have all been there. We have all wanted someone to look at us and recognize the potential that we know we possess. We have all wanted someone that we highly esteem to mentor and equip us to burst out on to the scene and be powerful and make a difference. In Wolitzer’s latest novel, we follow young Greer Kadetsky who finds herself taken in under the wing of her dream mentor, Faith Frank. As Greer strives to make her mark on the world, she must examine her own beliefs and decide who she wants to be. I am anxious to start what I hope to be an incredible read about female friendship, power and ambition. 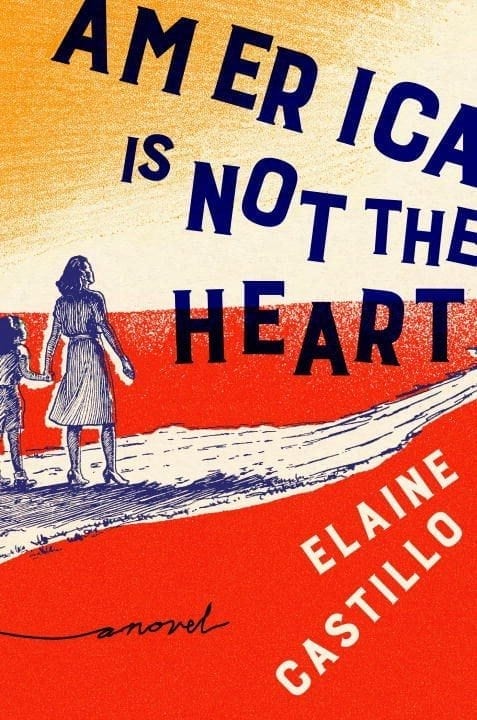 America Is Not The Heart by Elaine Castillo

I love learning about different cultures and experiences and I am really looking forward to immersing myself in the story of the De Vera family. Hero De Vera flees the Philippines due to political unrest and seeks a new life with her uncle in San Francisco to pursue the American dream. Spanning three generations, Castillo’s novel examines immigration, family history and what happens when the dream you thought you could achieve stays just outside of your reach. 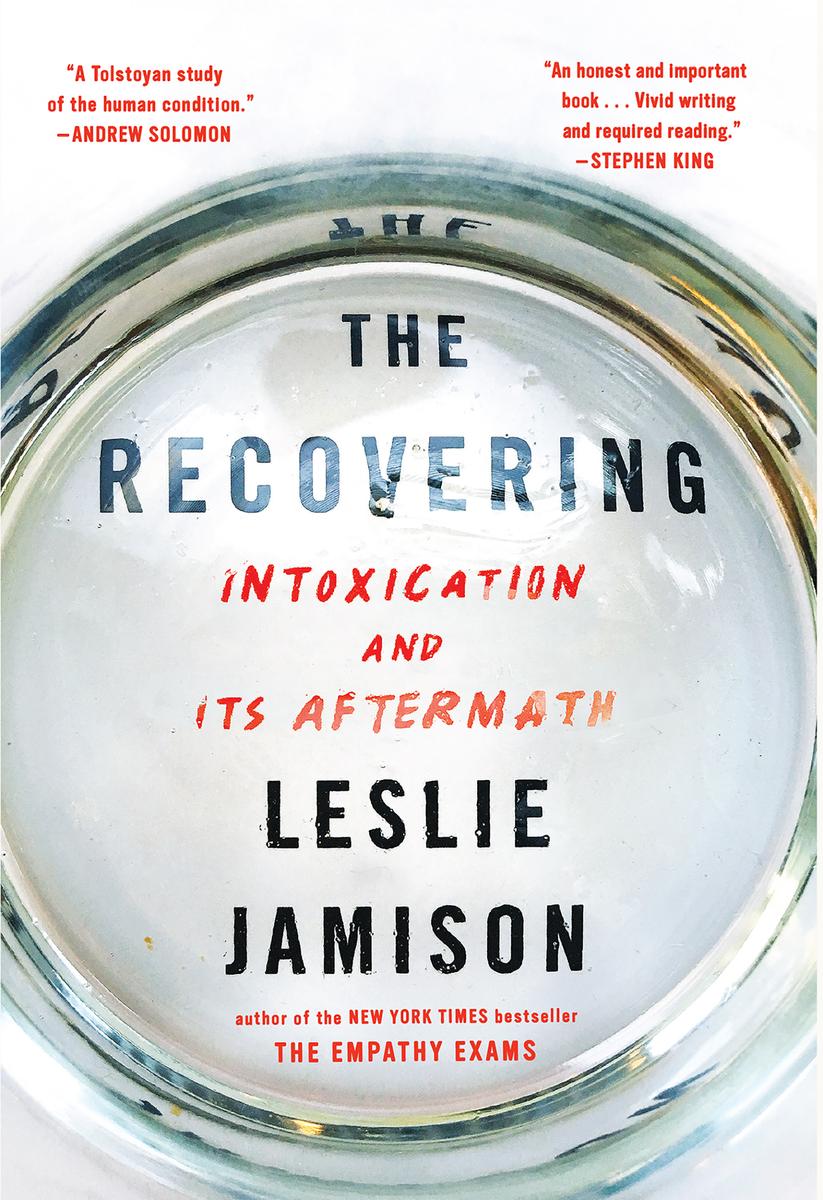 The Recovering: Intoxication and Its Aftermath by Leslie Jamison

The memoir genre is one of my favorites and I am extremely intrigued by the premise of The Recovering. Jamison weaves her own personal story of addiction and recovery along with the stories of many famous literary and artistic figures whose addiction and dependencies have heavily influenced their work. She also provides a broader examination of addiction recovery in our culture and I am anxious to read what she has to say. 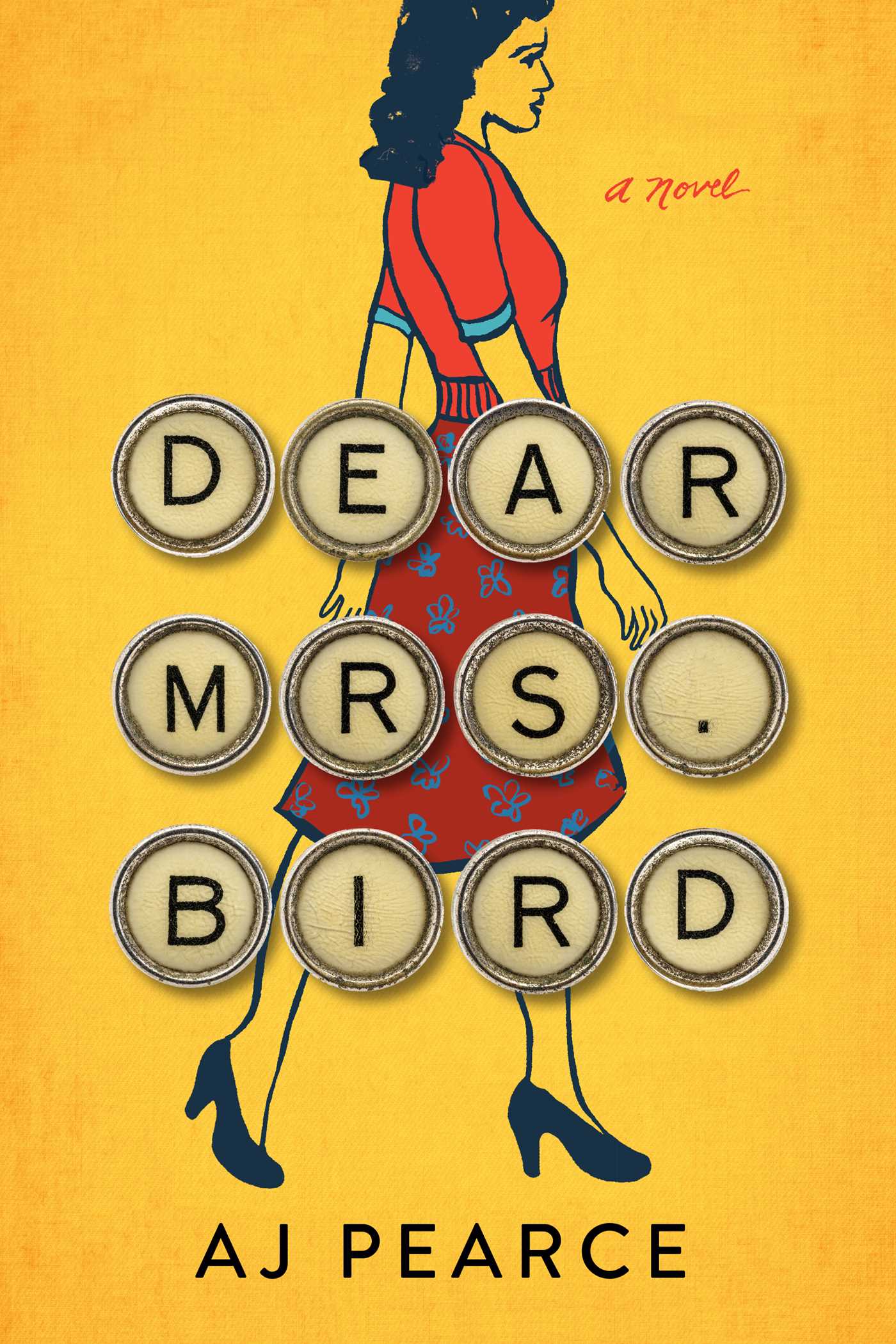 I am so in love with this cover and very ready for a charming, 1940’s read. I am hoping that Dear Mrs. Bird will deliver. Emmeline has dreams of becoming a war correspondent and excitedly answers an ad in the paper for what she believes will be the job that sets her on this path. Instead of doing hard-hitting journalism, she finds herself answering letters for a women’s magazine with strict guidelines (no divorce, intimacy or unhappiness should be addressed). When Emmeline begins secretly replying to the heartbroken women, things get out of control very quickly. 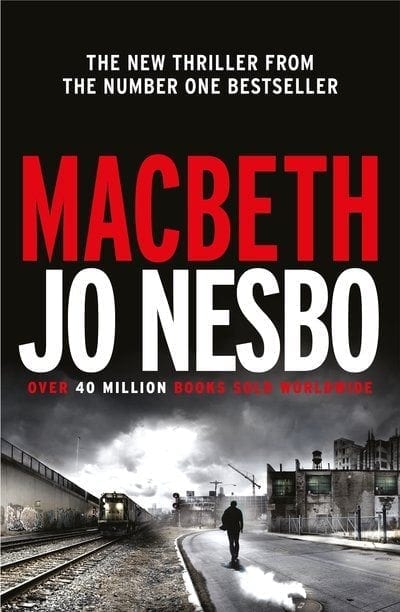 I am a huge fan of Hogarth’s Shakespeare series and Jo Nesbo is the king (in my opinion) when it comes to Nordic Noir crime writing. When I heard Nesbo had penned a retelling of Macbeth, I knew it was something I had to have immediately. I am dying to see how Nesbo interprets Shakespeare’s masterpiece and I am counting down the days for this release. 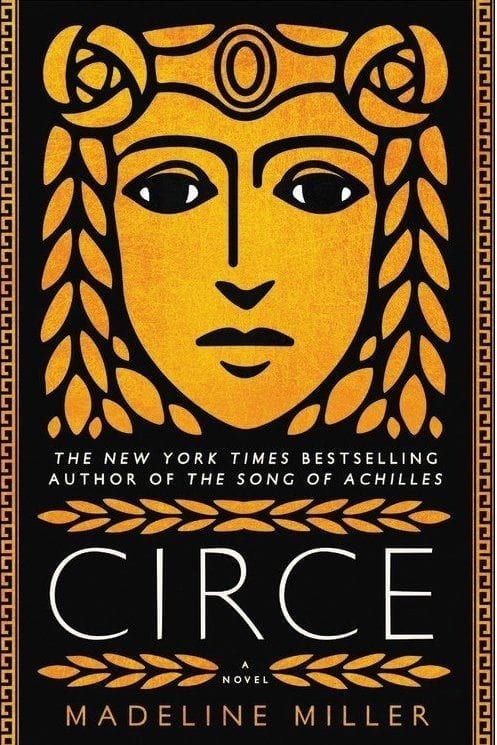 The follow-up to her wildly successful book, The Song of Achilles, Circe is the mythological epic that I have been waiting for. We first met her on the pages of Homer’s The Odyssey and her story has been enchanting us ever since. Sorceress, daughter of the Son God and rumored mother to the sons of Odysseus, Miller’s second novel explores the life of Circe and promises magic, witches, mythical beasts and puts us on the ground in the time when gods and goddesses walked among mortals. 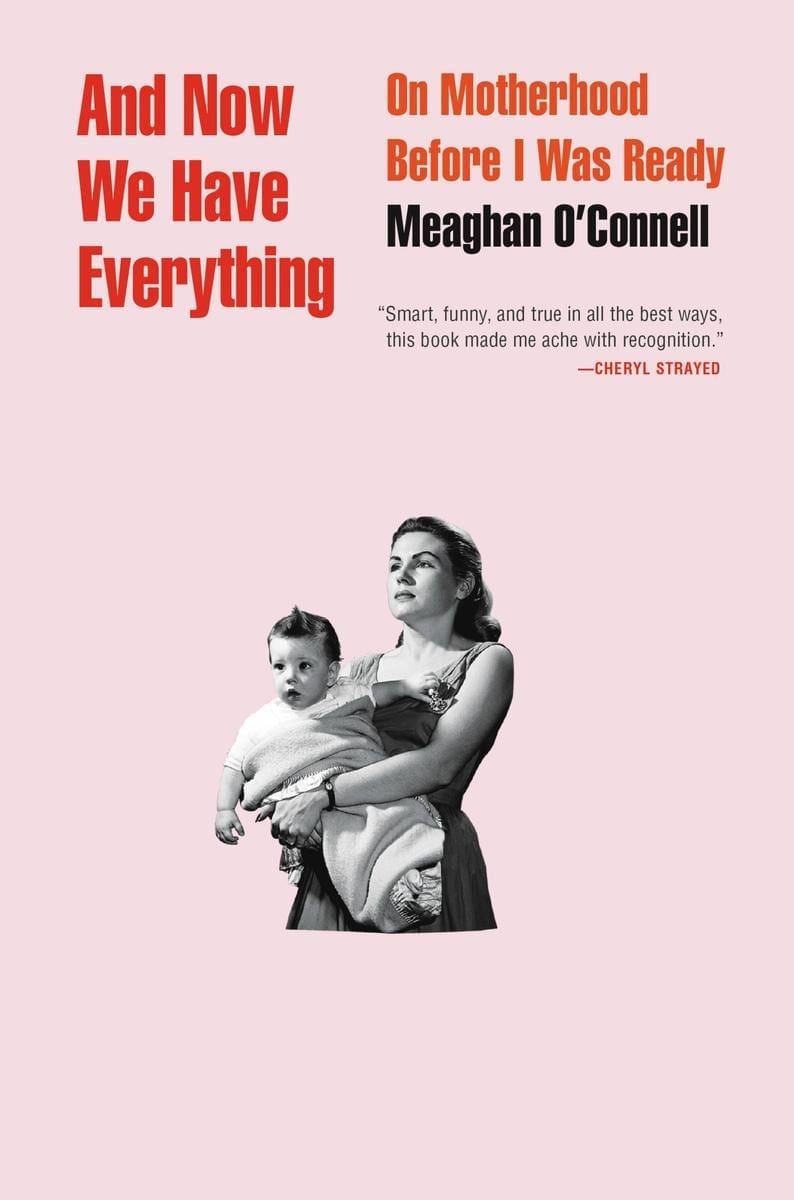 And Now We Have Everything: On Motherhood Before I Was Ready by Meaghan O’Connell

I have always been drawn to stories about motherhood and I think this book is going to be one that everyone will be talking about. When I read that this book is about “becoming a mother before feeling like a grown up,” I was intrigued. I fully identified with the author saying that she “felt alienated by the cutesy, sanctimonious tone of most writing about motherhood” so she decided to write her own experience. Covering everything from your changing postpartum body to the push for making “mom friends,” O’Connell’s book has been called “unflinchingly frank, funny and an intimate motherhood story” and I am 100% here for it. 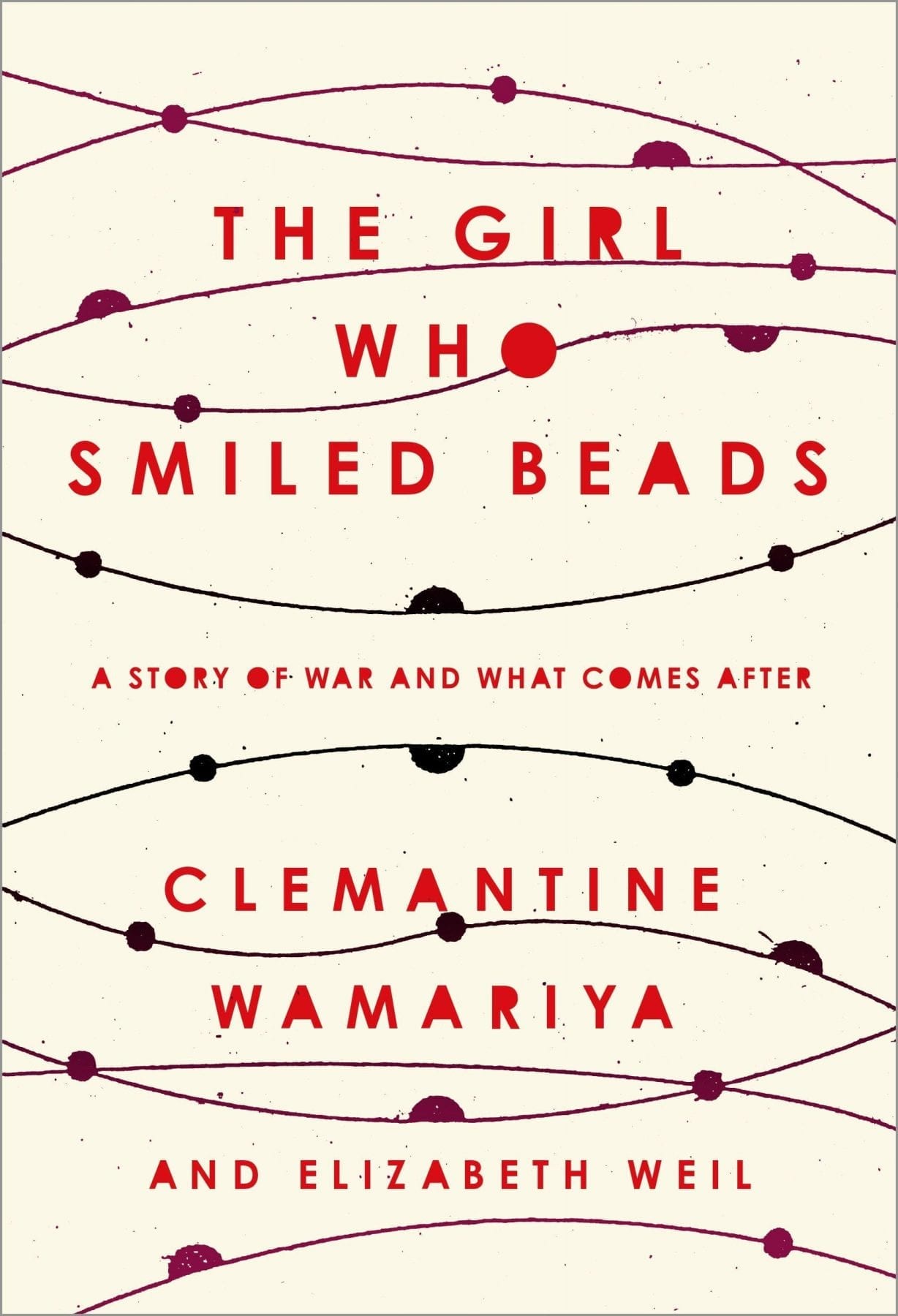 The Girl Who Smiled Beads by Clemantine Wamariya and Elizabeth Weil

At the very young age of 30, Clemantine Wamariya has attended Yale University, she has met former President Barack Obama, Oprah Winfrey and is currently featured in the April issue of Vogue speaking about her debut book and her advocacy work for human rights. She is also a survivor of the Rwandan genocide and came to America with her sister at the tender age of 12, having witnessed and suffered unspeakable acts of depravity. She has challenged her readers to “see those seeking refuge not just as ‘victims’ to save or to give things to, but as people who can give things to us and expand our world.” I think this will be one of the most powerful reads of the year for me and that it will be one of those books that will leave its mark long after the last page has been turned. 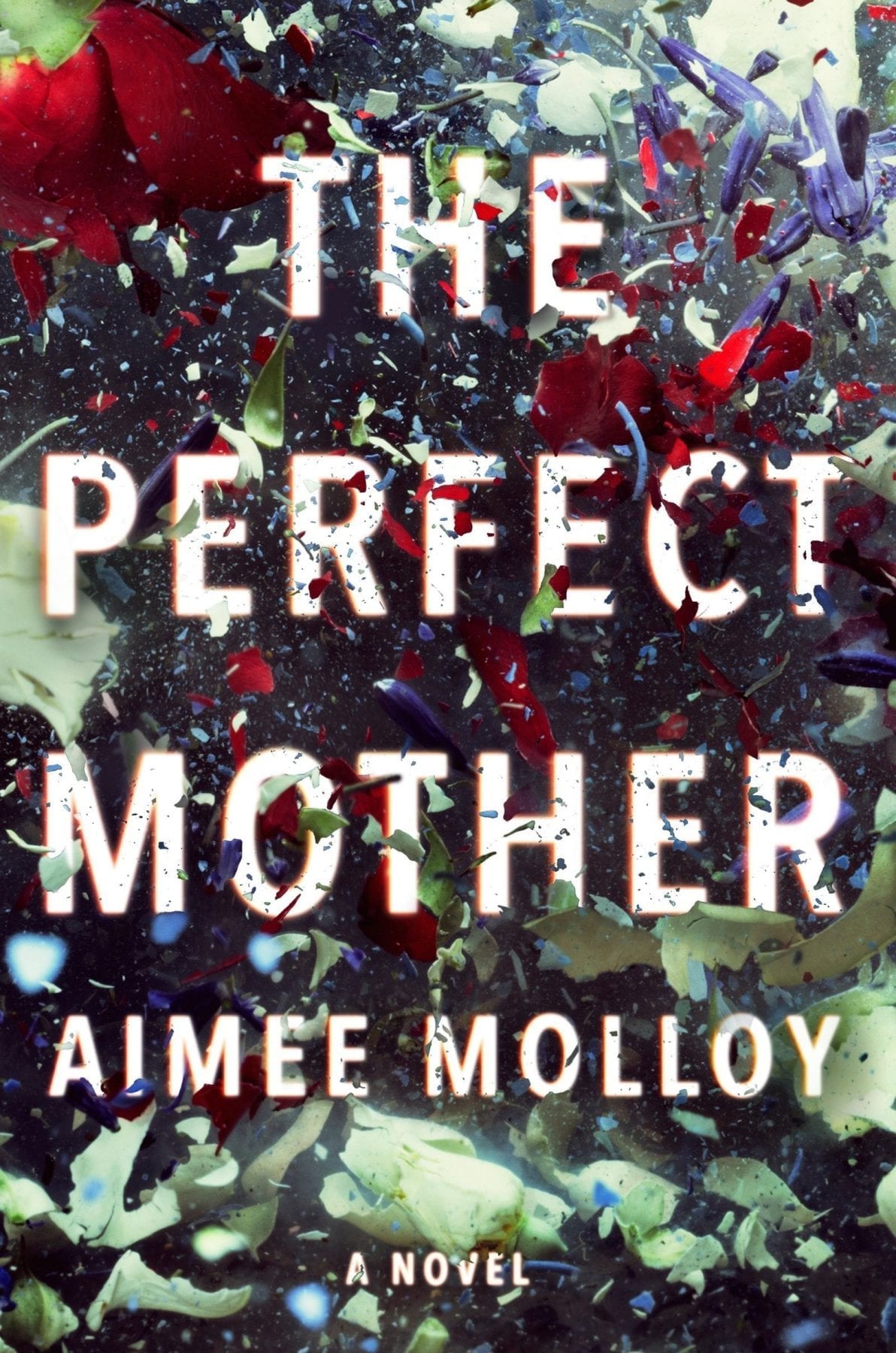 Film rights have already been sold and Kerry Washington is scheduled to star in this highly-buzzed-about psychological thriller. When a mom’s night out goes awry and a newborn ends up missing, friendships and marriages will be put to the ultimate test as the mothers and the police race to find the missing child. I love to lose myself in a gripping thriller and I am anxious to see what all the hype is about. 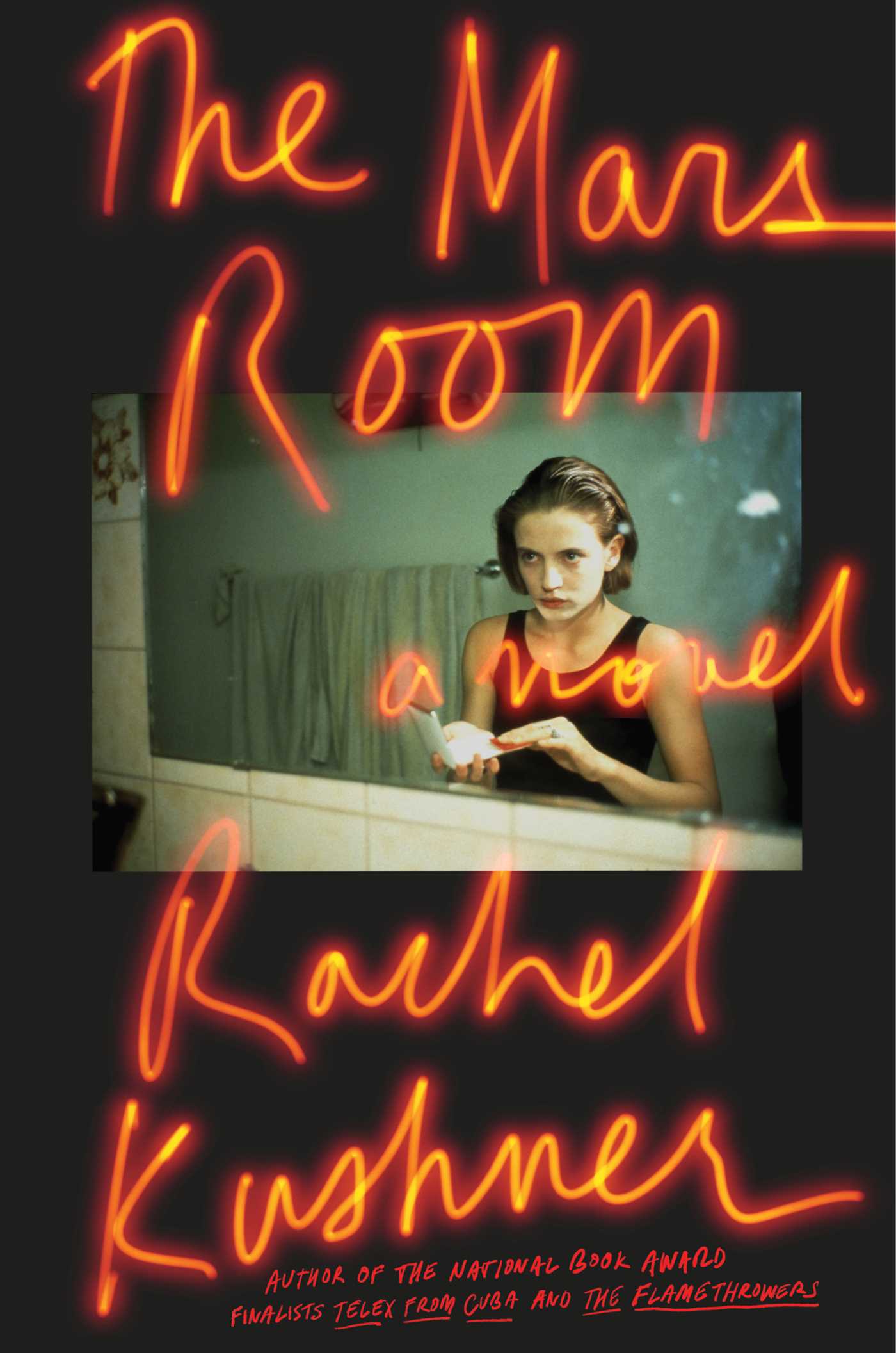 The Mars Room by Rachel Kushner

This is one of my most anticipated reads for the month of May. Romy Hall has just started the first of two consecutive life sentences in a California Women’s Correctional Facility. Separated from everything she has ever known (including her precious eight-year-old son), she must quickly learn to navigate her new way of life, facing abusive guards and violent inmates inside the prison walls. 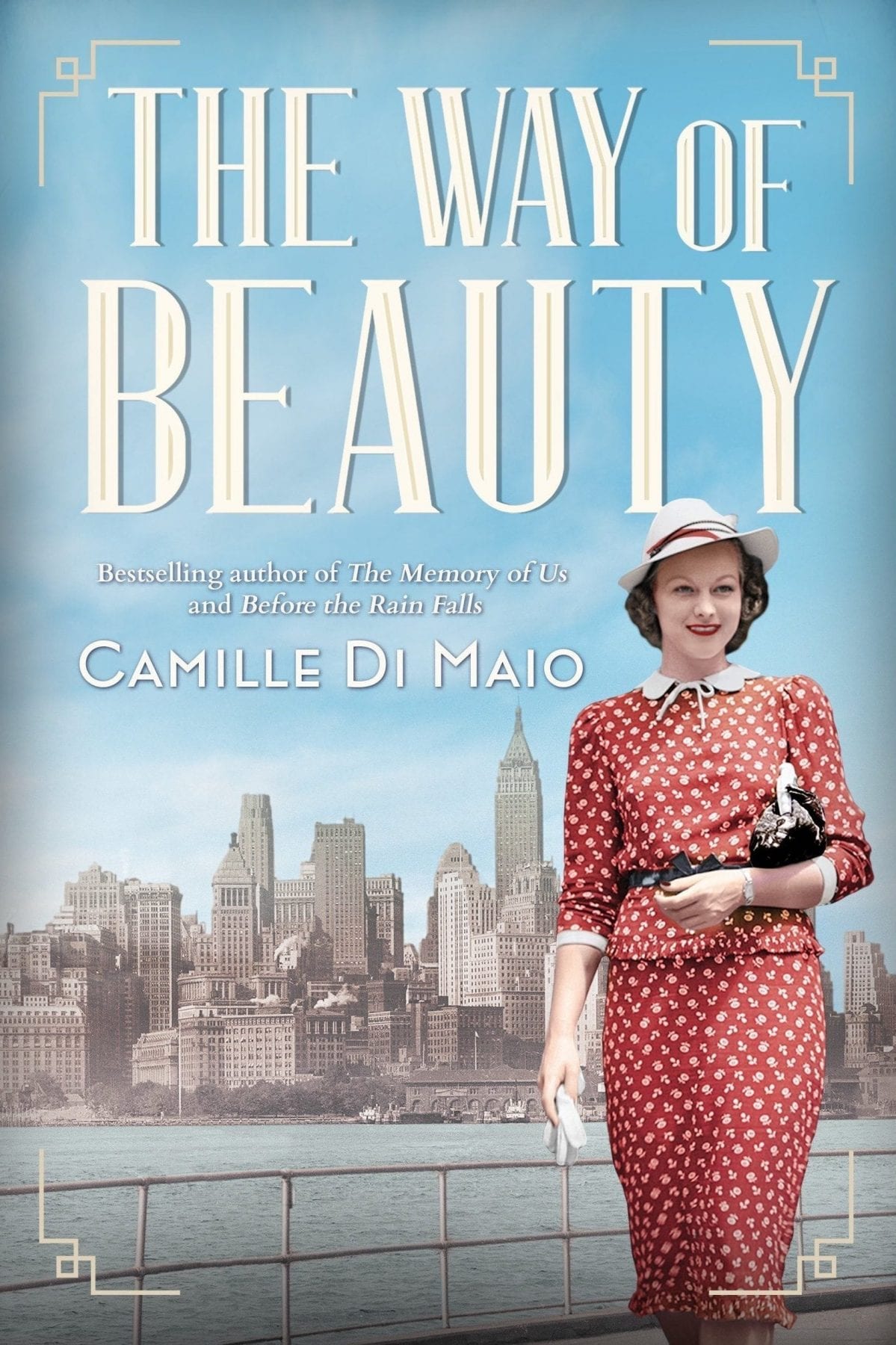 The Way of Beauty by Camille Di Maio

There’s just something about a retro cover. It gets me every time. Set against the backdrop of Penn Station, this historical fiction novel follows two generations of women as they strive to live, love and earn the right to vote. The author writes, “The only thing grander than New York City is the dreams of the women who live there.” If that statement doesn’t hook you, I don’t know what will. 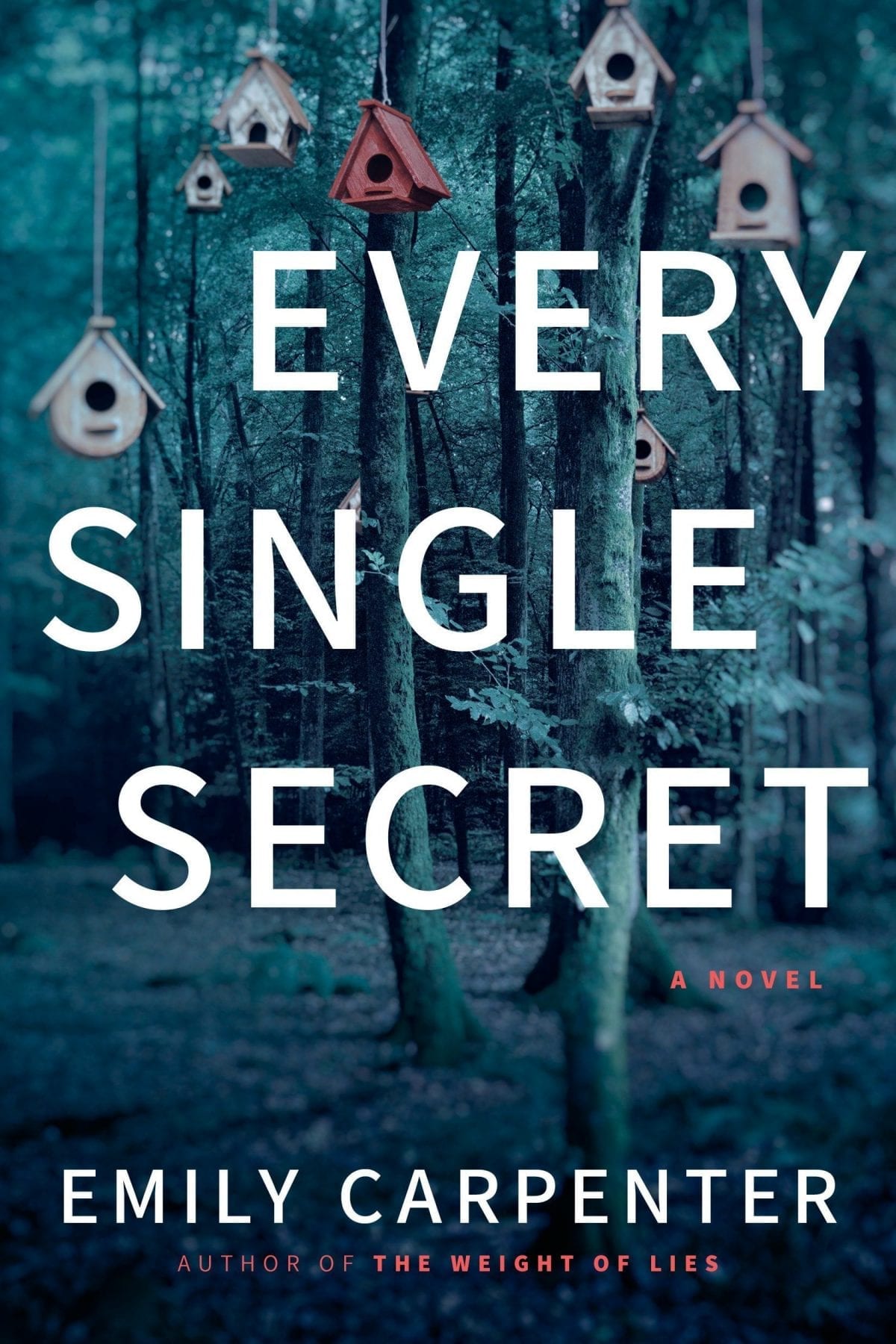 Every Single Secret by Emily Carpenter

Carpenter is back with another Southern gothic, psychological thriller and I CAN NOT WAIT to get my hands on it. If you have not read The Weight of Lies, you need to remedy that situation immediately. (I am still holding out hope for a novella about Kitten, but I will save that story for another time). The setting for her newest novel is a creepy Victorian mansion where weekly marriage retreats are held up in the Georgia mountains. Enter Heath and Daphne, a newly engaged couple with dark secrets and sordid pasts, who have agreed to never speak of them to each other. Ever. But the past always has a way of haunting you, and when Heath can’t stop having horrible nightmares, they decide to try the retreat to help them move forward. Will Daphne realize who Heath really is before it’s too late? Is Heath the one who is really in danger from Daphne? I am dying to know what happens… May 1 can’t come soon enough. 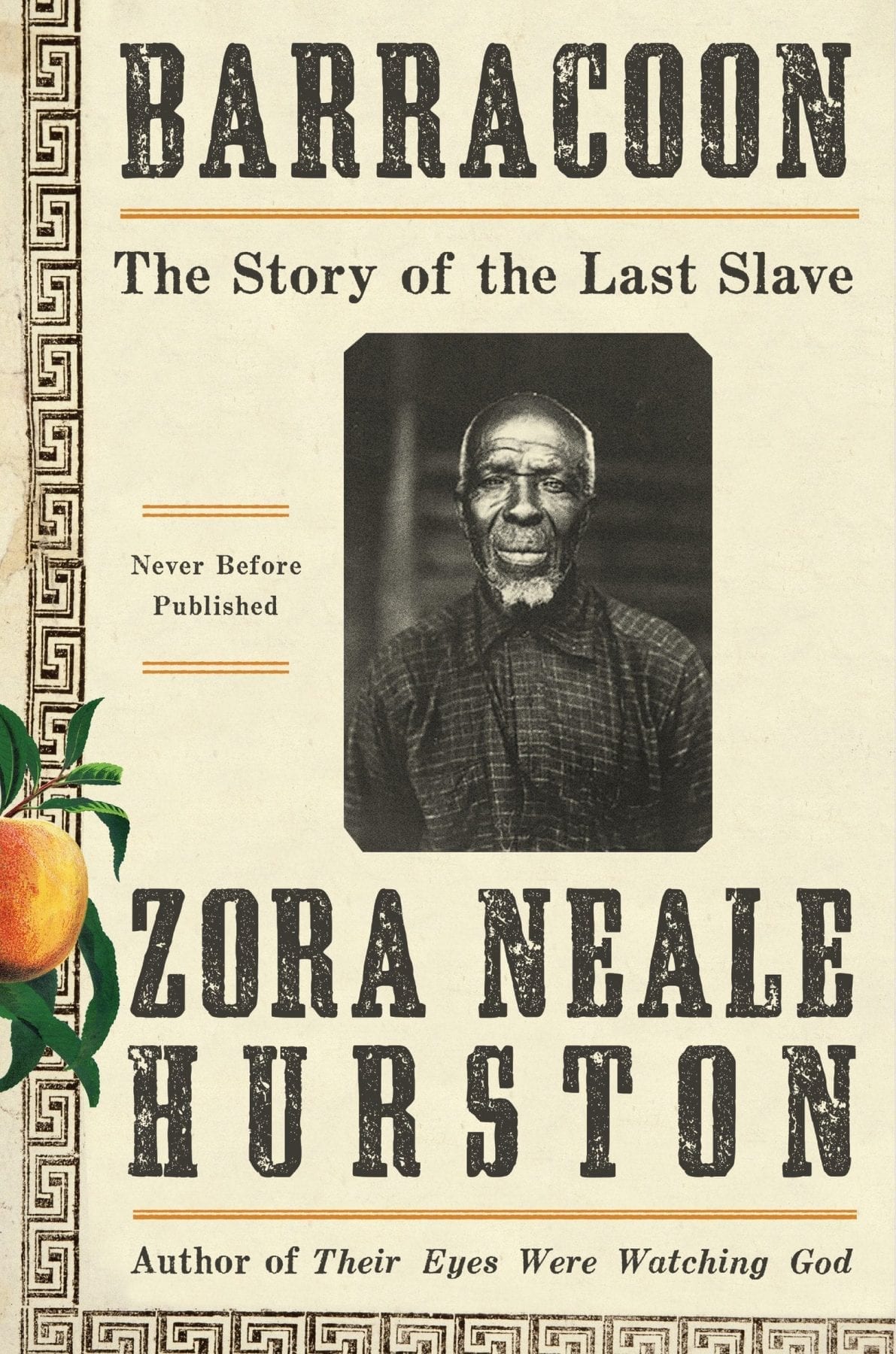 Barracoon: The Story of the Last Slave by Zora Neale Hurston

This never-before-published work of Zora Neale Hurston recounts her time spent with Cudjo Lewis, the last known living slave. In 1927, Hurston spent an intense three months with Mr. Lewis in his Alabama home and what she has written is his account of his life – from his capture in Africa and his journey to America, to his years spent in bondage until the end of the Civil War. I think this will be a heartbreaking but necessary read. It is so important to me to read literature like this to ensure that those voices who have been silenced are still heard and that we never, ever forget this dark time in our country’s history. 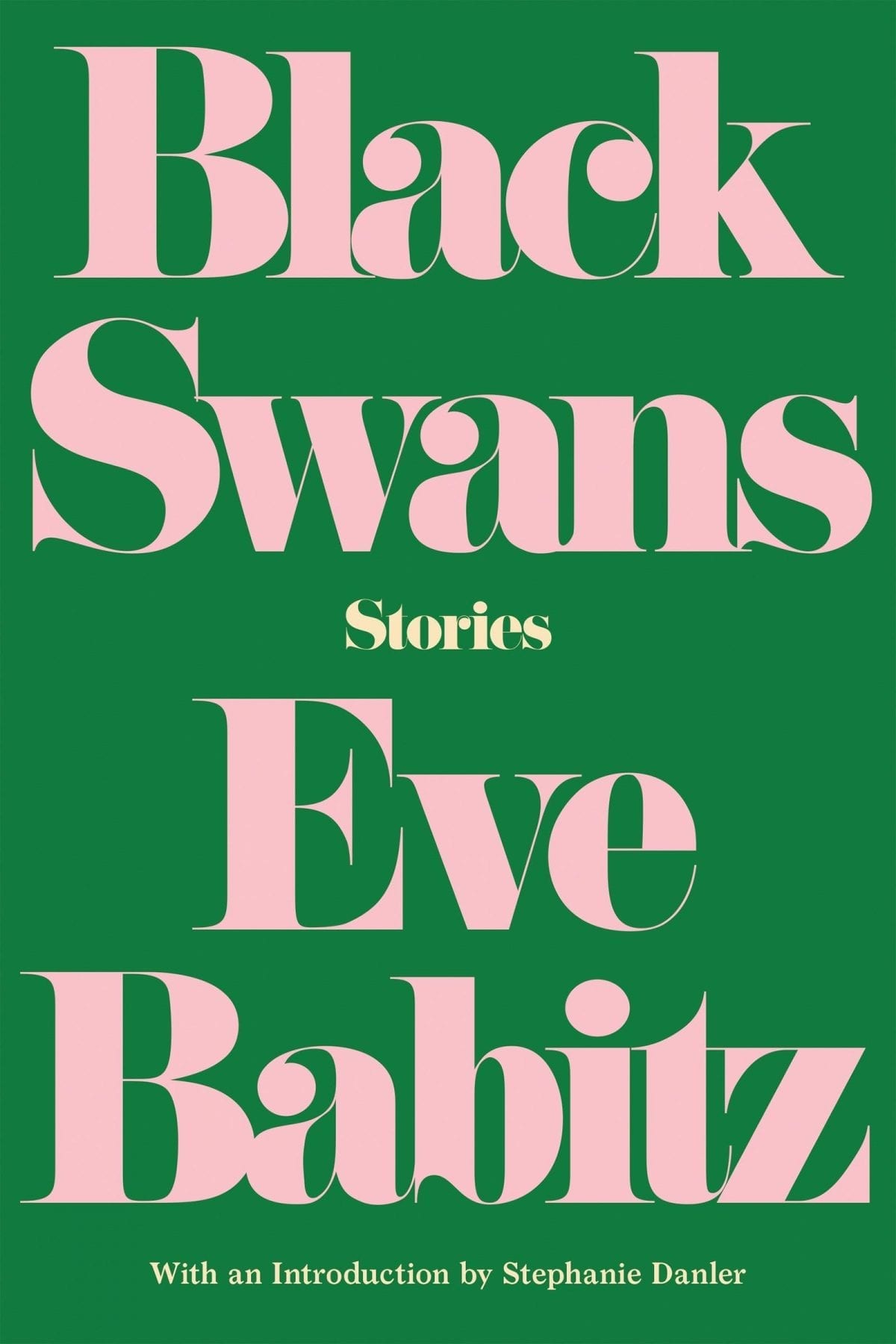 This re-release of Babitz’s short stories comes hot on the heels of the success that Sex and Rage experienced last year when it became a Belletrist book club pick. This collection of stories spans between the decades of the ‘80s and ‘90s and will undoubtedly leave readers begging for more.

About the Author: Stacey Armand

Stacey Armand is a writer and book enthusiast based in South Louisiana who passes her days as a lease analyst. By night, she is a voracious reader who dreams of one day working in publishing or opening her own book store/coffee shop/reading clinic filled with therapy dogs. She reviews books as a guest judge for Book of the Month, as well as on her blog, Prose and Palate. She is incredibly active in the book community on Instagram and she co-curates an online book club known as Salt Water Reads with her good friend, Kourtney Dyson. She is also a passionate advocate for child literacy and children with dyslexia. When she is not traveling with her family or roaming the aisles of Target, she can be found curled up in a corner with a good book.