The 7 best books about the apocalypse

The 7 best books about the apocalypse

In a market that is saturated with end of the world books, it’s easy for some of them to get lost in the shuffle. It started with just a few; Divergent, The Hunger Games, The Maze Runner; and then the genre really took off. With the shelves clogged with end of the world horror, here are some that caught my eye. Keep reading for the best books about the apocalypse. 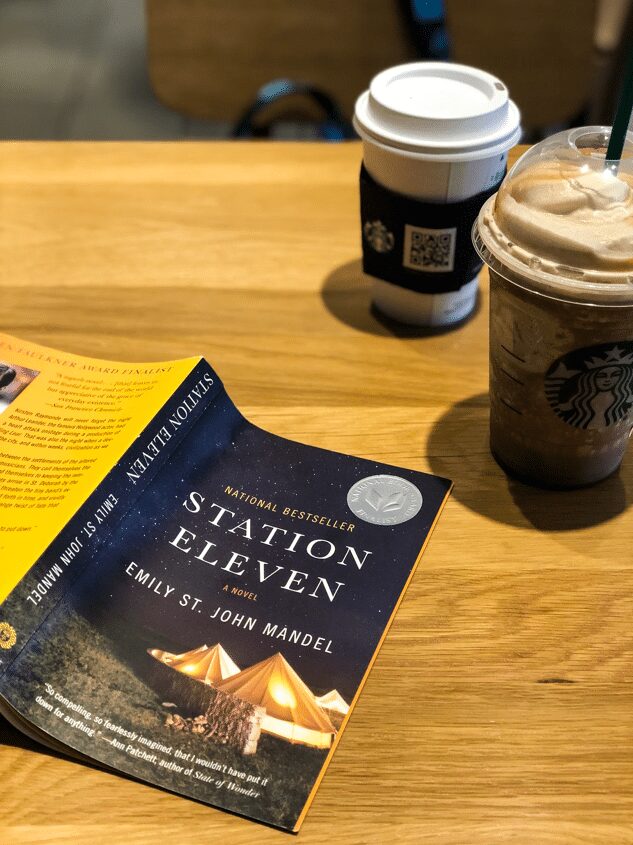 Just how important is saving the arts during the end of the world? Well, to The Traveling Symphony, a small troupe of traveling actors and musicians, keeping the arts alive is a way of life. Kirsten Reynolds vividly remembers the day when a devastating flu pandemic arrived in her city, and within weeks, civilization as she knew it has come to an end. Now 20 years later she’s part of The Traveling Symphony going from settlement to settlement in her new augmented reality. However, not everybody believes in their cause and they may soon threaten the troupe’s very existence. 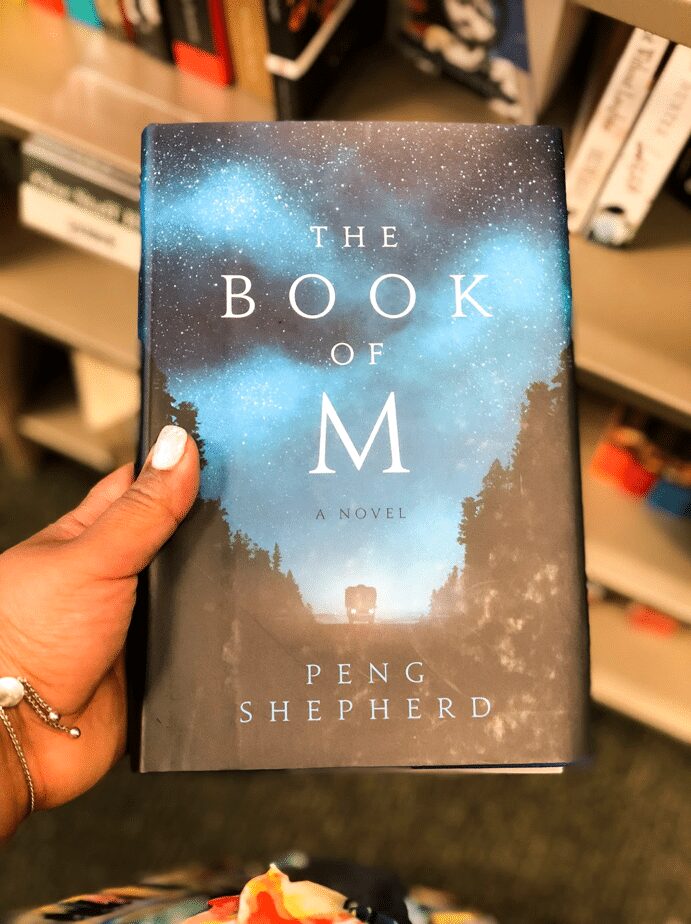 The Book of M by Peng Shephard

What is a future when you can’t remember what you’re fighting for? One thing that I have always questioned in these post-apocalyptic books is: what are these characters fighting for? What future could they possibly have? Sometimes the circumstances seem so dire and there’s no viable resolution that seems to make life worth living, as horrible as that sounds. This book brings in a whole other element of making the afflicted characters lose their memory. The question of what they’re fighting for is heightened when the characters start to lose all of their memories, everything and everyone they’ve ever known gone. How far are you willing to save the ones you love against themselves? 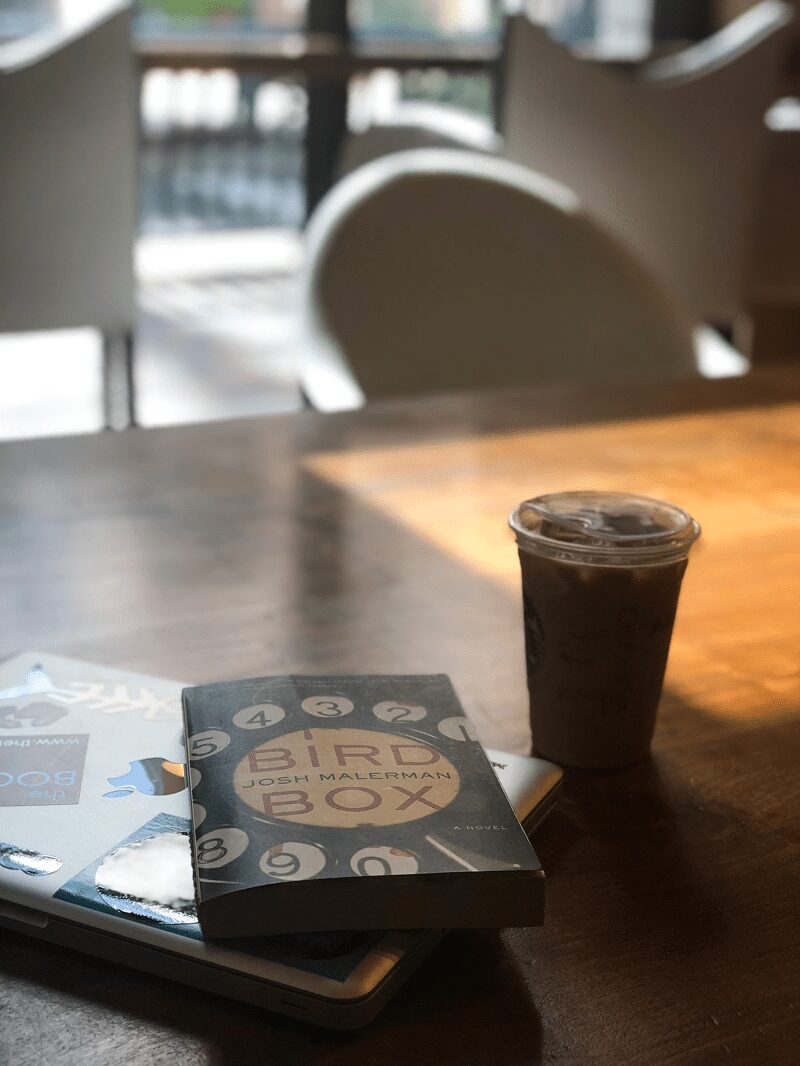 The synopsis of Bird Box reminds me of the movie A Quiet Place but instead of sound being the trigger, it’s sight. One glimpse of the monster, and a person is driven to a murderous rage. Malorie and her two children are some of the few survivors left, living in an abandoned house by the river. Now that her children are old enough, Malorie decides that it’s time to make their long awaited escape. Blindfolded and rowing 20 miles down the river, the journey is a dangerous one with monsters lurking around every corner. Do Malorie and her children have what it takes to make it out alive? 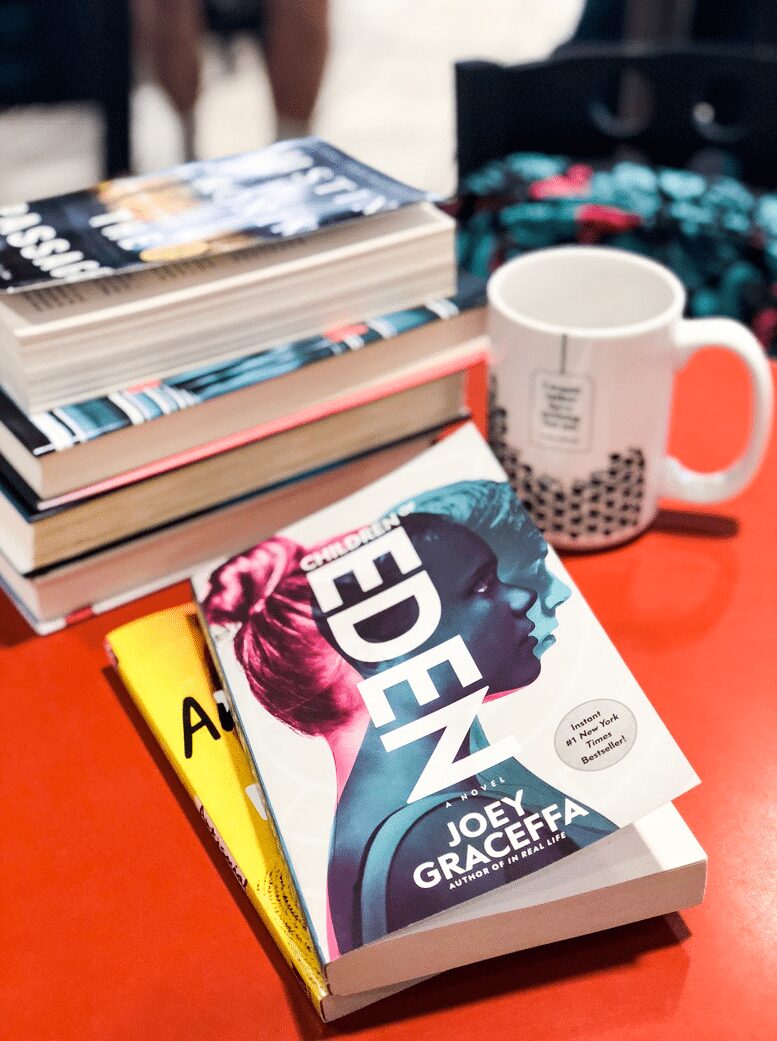 Children of Eden by Joey Graceffa

With Earth destroyed and thousands of years away from being healed, there is only one refuge for humans: Eden. Outside of Eden, Earth is dead and barren, completely destroyed by a man-made catastrophe. Now there’s a law put into place that couples can only have one child in order to control the population. Rowan is an illegal second child, hidden away in her parents’ compound for the past 16 years. Tired of hiding, Rowan sneaks out one night for an adventure but gets a lot more than she bargained for and now she’s a renegade on the run. What would you do in order to survive if your very existence were illegal? 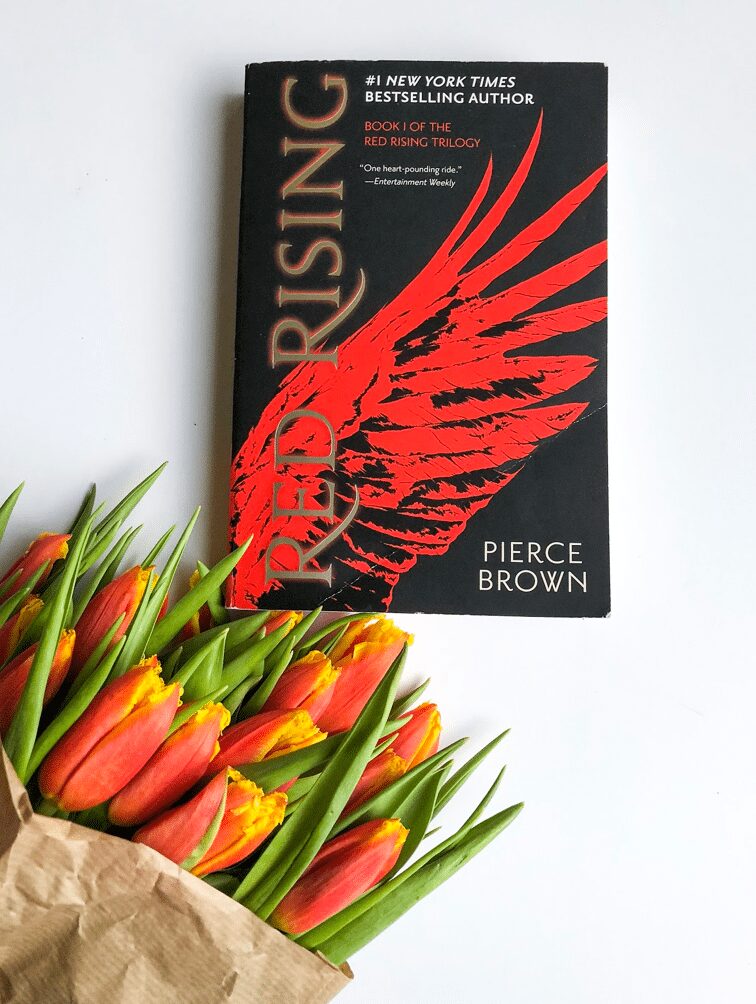 For us, living on Mars is still a faraway fantasy but for Darrow, preparing the surface of Mars to be livable is his way of life. Darrow is a Red, a member of the lowest caste in the color-coded society of the future. Darrow willingly risks his life every day believing that he’s creating a better world for future generations. However, the Reds have been betrayed: people have been living on the surface for generations. Huge cities and metropolis’ have sprouted up all over the planet with the rich using the Reds as glorified slaves. Darrow is now determined to extract revenge by those that have wronged him and his fellow Reds. He plans on infiltrating the Institute, the place where the dominant Gold caste resides, but to take them down he may have to become one of them. 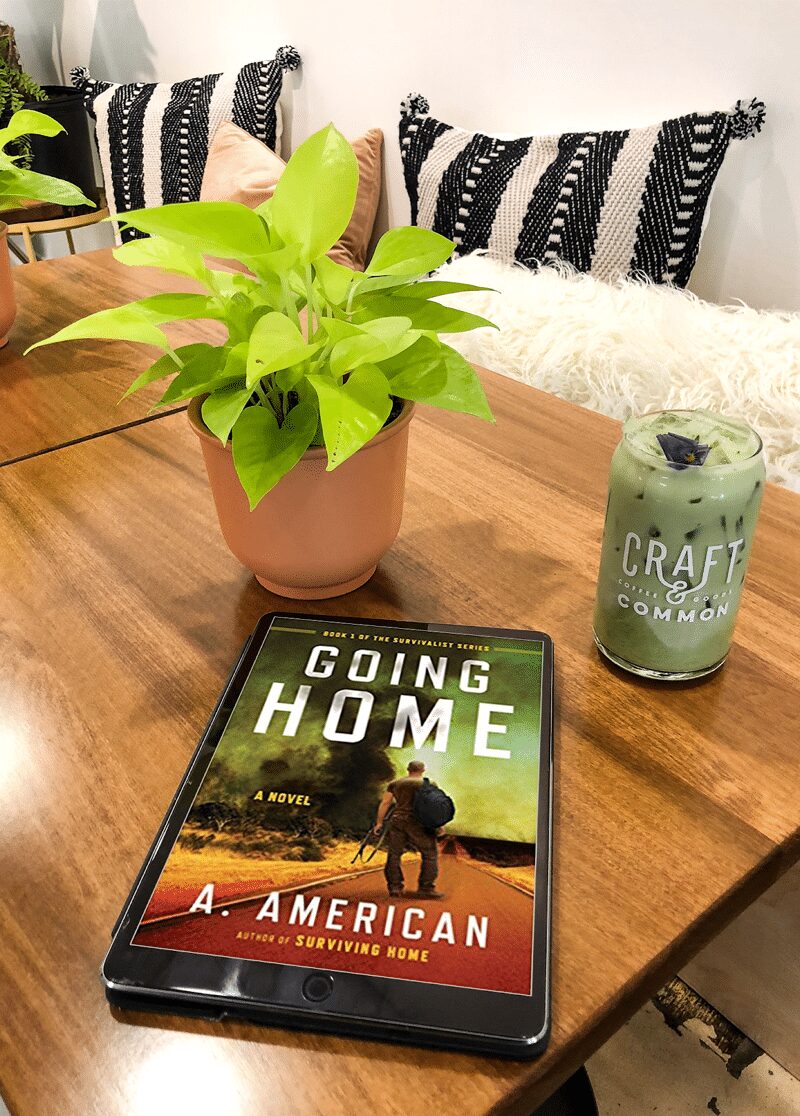 Going Home by A. American

You may think that you’re having a bad day but I guarantee you that Morgan Carter’s day is significantly worse. Sure, she’s frustrated when her car breaks down 250 miles from home but it’s when the country’s power grid collapses that things start to get a little dicey. There is no electricity, no running water, no internet and no way to know when it’ll all be restored. Deciding to brave the streets, Morgan starts the grueling 250-mile trek home. Going Home is a story of survival and the lengths a person will go to in order to be reunited with their loved ones. This book is also set in Florida which automatically drew me to it since I’m a native Floridian and all. 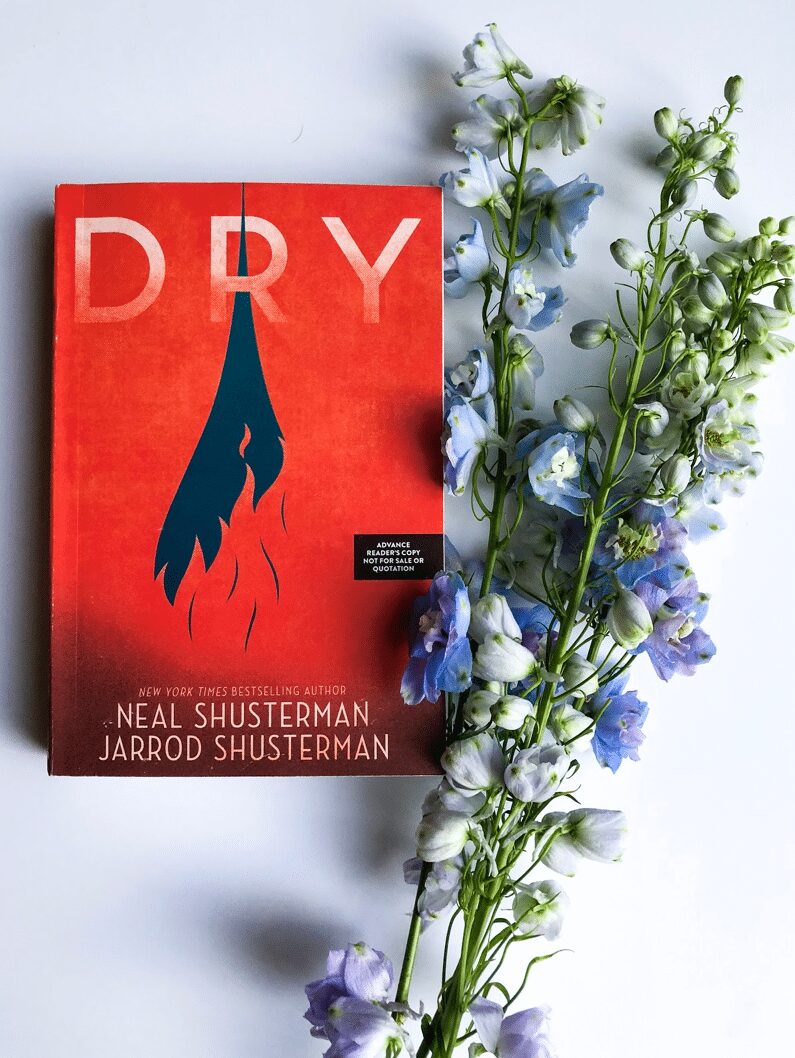 Dry by Neal and Jarrod Shusterman

Dry is one of those post-apocalyptic books that feels way too realistic. California is in the middle of a drought again except this time, there’s no end in sight. Rules are put in place to keep the little water that they have from running out until even that is not enough. There’s no more water and everyone is panicking. Everywhere you go it’s mass chaos with people on the hunt for water. When it becomes every neighbor for themselves, Alyssa is forced to make tough decisions for her survival and the survival of her family.

About the Author: Nathalie Pierre

Nathalie Pierre is a voracious reader, bookstagrammer and blogger from the Theme Park Capital of the World, Orlando, Florida. She currently works in marketing and her dream is to one day help market books. Her absolute passion in life is reading, writing and, of course, coffee. She always carries a book around with her because you never know when you might be able to sneak in a few chapters. If Nathalie's not at home or at work you can usually find her at a coffee shop drinking her weight in iced coffee or at the nearest book store because she's always in search of a good book to read.