The Best of #Booktok: The World of Books and Tiktok

The Best of #Booktok: The World of Books and Tiktok

For a number of reasons, you’ve gone down the Tiktok rabbit hole and can’t get enough of dance challenges, tutorials and other cool stuff Tiktokers are creating. So what’s next? Enter #Booktok, the realm where book lovers, bookish folks and the literati are making a home on the social media app.

Much like the rise of #Bookstagram, folks tagging their videos with #Booktok are anything but ordinary. With billions of posts, it’s enough to make one wonder: how are people talking about books on Tiktok?

While #Bookstagram, #Booktubers and #Booktwitter still have staying power, #Booktokers are totally reinventing the game when it comes to making videos about books. From book reviews, talking about the authors they love and admire, recreating scenarios from books to sharing their own processes of anything book-related, the types of posts are endless.

Here are a few ways folks are bringing their A-game to #Booktok:

From #Bookstagram to #Booktok 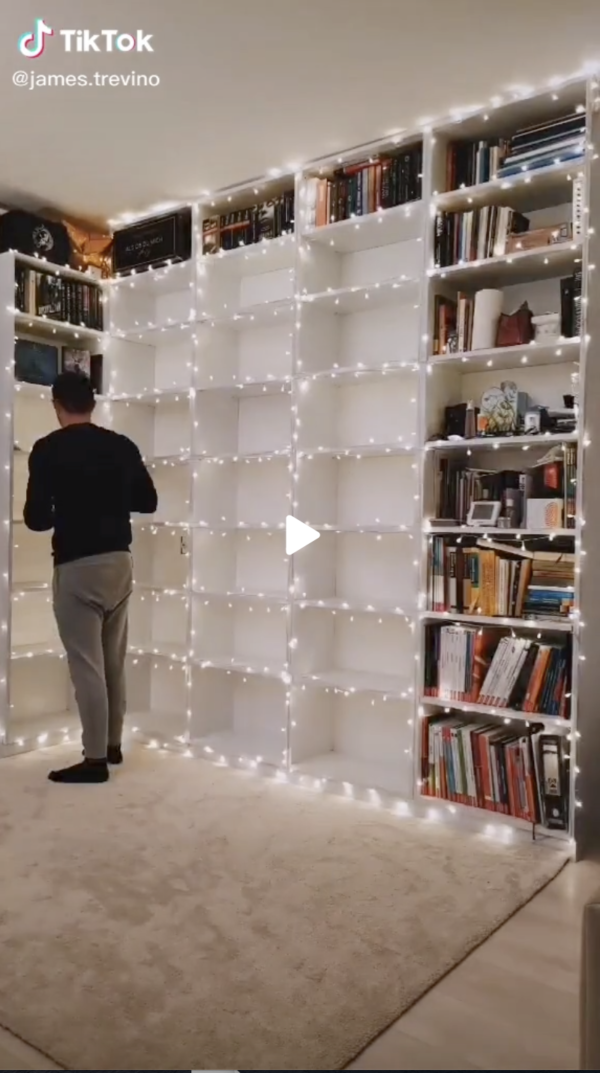 James Trevino (@james_trevino) is a well-known Bookstagrammer who uses books to create stunning visuals on Instagram. One of his most popular forays in Tiktok though, boasting millions of likes, is a video of him arranging his bookshelves, lining them up with books. With string lights strung across the shelves, it is an intimate view behind the popular Instgrammer whose photos usually get thousands of likes. Turns out, people enjoy watching the process as much as the finished product. 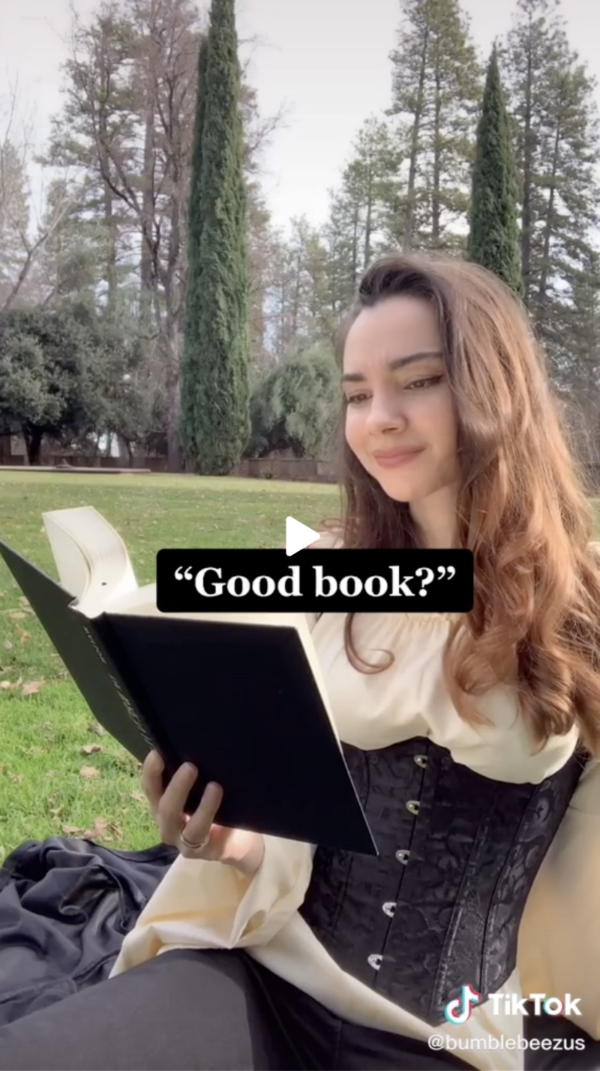 Lizzy’s (@bumblebeezus) account is dedicated to all things bookish—book reviews, her favorite reads, even posts of why bookstores shouldn’t hire her—but what stood out is a post of her so engulfed in a book that it became literal. It starts with Lizzy dressed in a medieval costume, complete with a sword, roaming around an equally medieval setting until someone asks her if it’s a good book. Then she’s transported in an instant to a room as she answered “Yeah” to the question. This video is a testament to what many of us go through and experience when we read, something that #Booktok captured so perfectly. 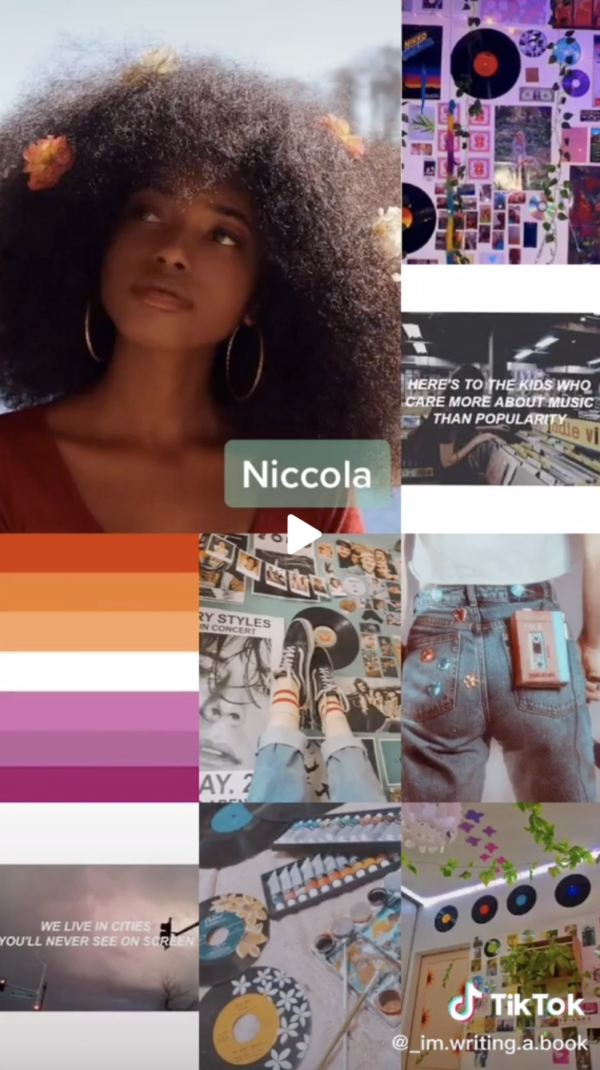 It’s all about the process, but make it aesthetic

Many of us are not privy to the process of how writers write their books, create scenes, or develop their book’s main characters—but since #Booktok entered the scene, more and more aspiring novelists are sharing their process. Revolution.L (@revolution.l) posted a video where she shared the novel she’s working on, featuring the novel’s “main character’s aesthetics” in the form of mood boards. This ideation is a nice way of engaging future readers, turning them into sure fans as they become involved in the writing. 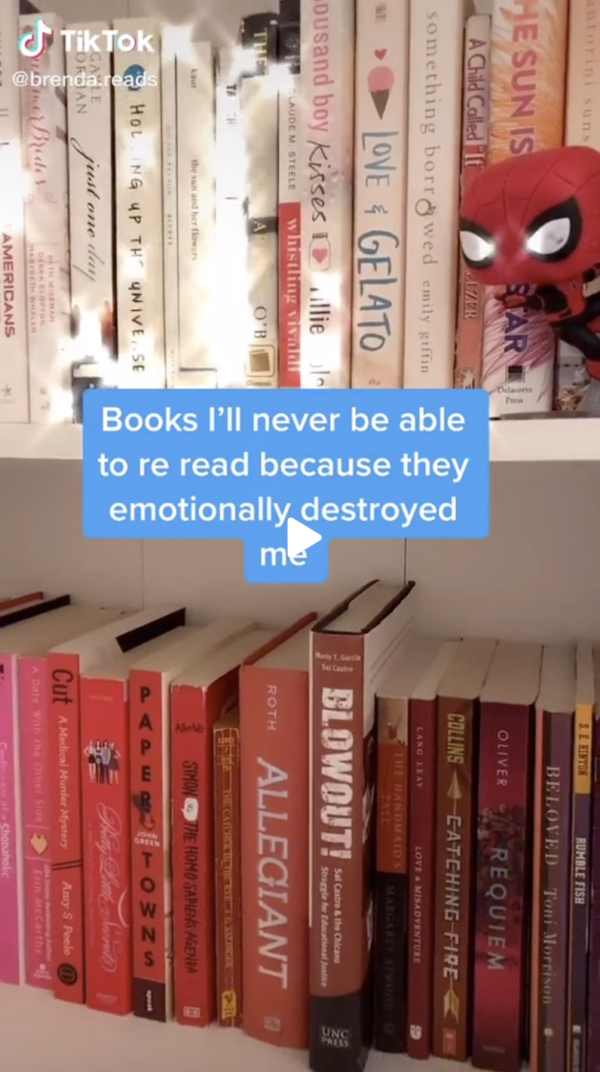 What happens when a Buzzfeed article is turned into a 15-second video? Brenda’s (@brenda.reads) post can make someone feel like they’re watching a Buzzfeed article come to life with a list of books that made her cry. By highlighting books that made her emotional, with a one-sentence book blurb complete with a soundtrack, Brenda was able to capture all the feels in only 15 seconds. 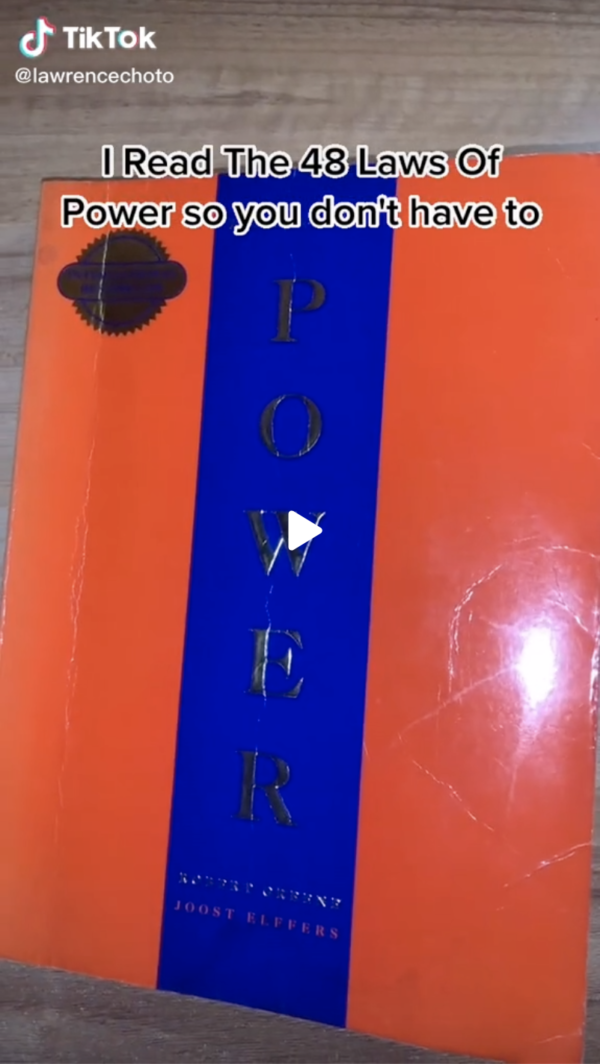 He read it so you don’t have to (kinda)

Lawrence Choto’s (@lawrencechoto) account is filled with videos of snippets of books, along with quick one-liners usually from classics, both in business and psychology. His videos are so succinct that viewers can find themselves doing the opposite of his intention: they make you actually want to read the books to learn more.

Love it or hate it (or don’t get it), there’s something for everyone on Tiktok. And whether you’re a bookworm or a not a fan of books, #Booktok will have you hooked. After all, there’s nothing you can’t do when you’re armed with a book.