Must-Read YA Romance Books of 2021

Must-Read YA Romance Books of 2021

There’s nothing like remembering your first crush or what it’s like to fall head over heels for someone. Young love can be exciting, dramatic, and even downright heartbreaking. If you’re looking to indulge in some sweet love stories, this list covers ten must-read Young Adult romance novels from 2021.

Check out these young adult thrillers of 2021!>> 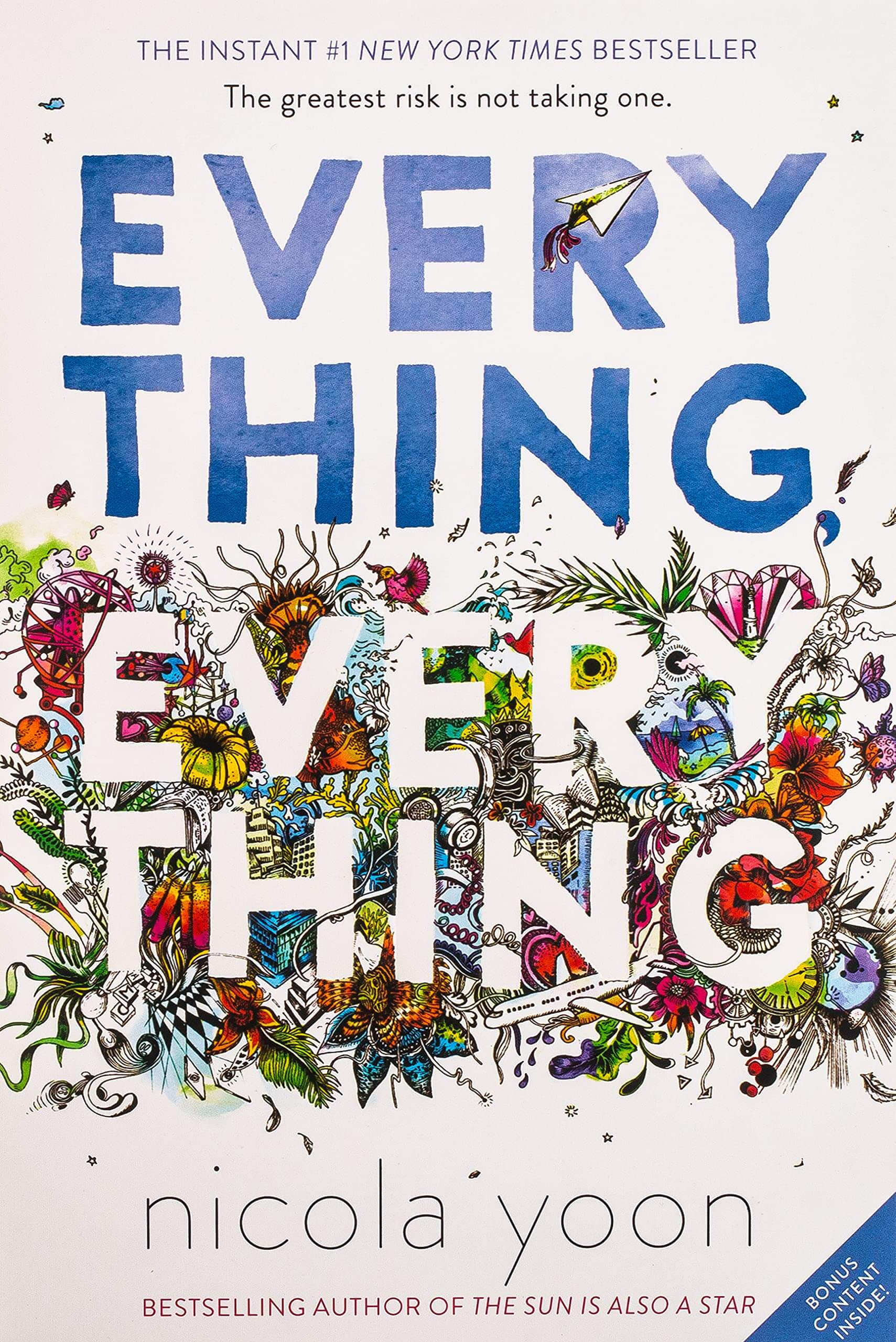 Everything, Everything by Nicola Yoon

Carla is not your average seventeen year old. While most teenagers are thinking about college and learning to drive, Carla’s activities are confined to the comforts of her own home. Diagnosed with a rare disease, Carla is basically allergic to the outside world, and the only social life she experiences is with her mom and nurse. But when a new family moves into the neighborhood, Carla takes a peek out the window and wants nothing more than to meet the handsome boy next door. As soon as Olly and Carla lock eyes, she knows it’s love at first sight and she must meet him, regardless of the consequences. 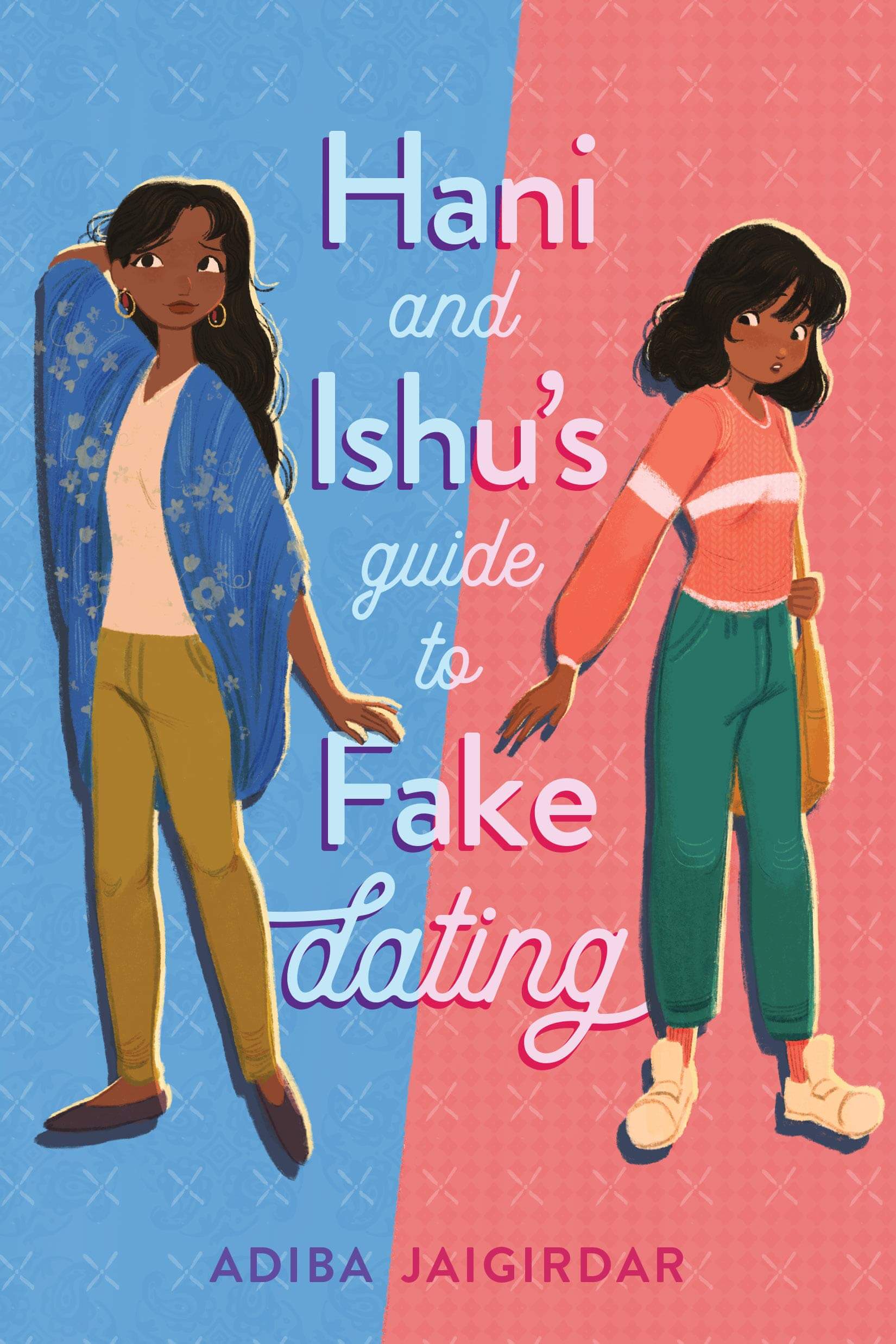 Hani and Ishu’s Guide to Fake Dating by Adiba Jaigirdar

Likable and friendly, Hani Khan is one of the most popular girls in school. Even though she’s only dated guys, she knows she’s bisexual. When she tells her friends, they don’t believe her since she’s only had boyfriends. Caught off guard, she tells them that she’s been seeing Ishu Dey, a girl that none of her friends like. She’s the complete opposite of Hani, only concerned about academics and becoming head girl, which everybody knows is a popularity contest. So she goes along with Hani’s plan to elevate her social status, but sometimes life – and falling in love – happens when you’re busy making other plans. 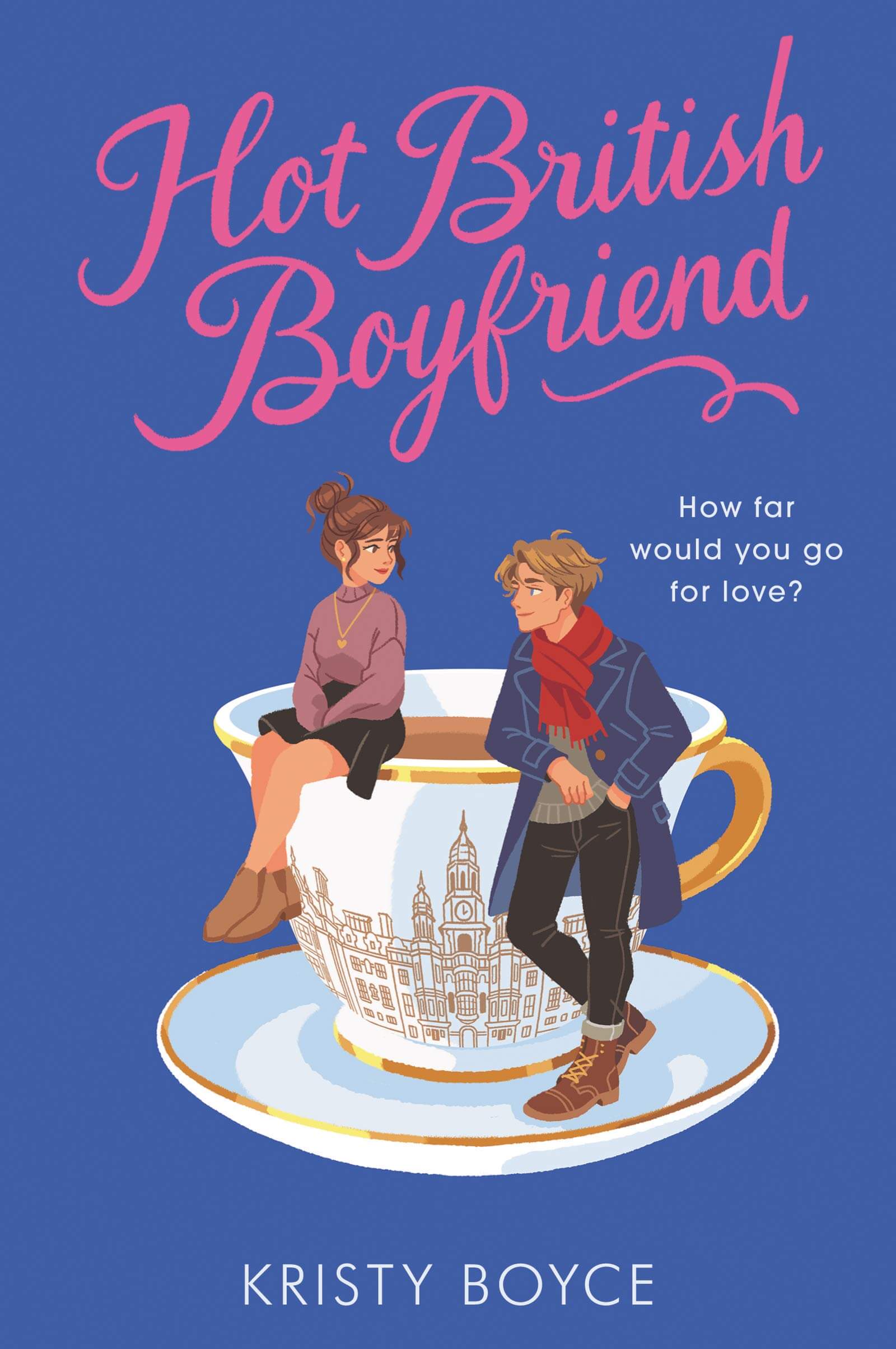 After suffering an embarrassing public rejection by the guy she’s been crushing on, Elle just wants to get away and find a replacement as soon as possible. Since her high school’s study, abroad program is about to head to England, she signs up without hesitation. Determined to reclaim her reputation and mend her broken heart, she sets out to find a hot British boyfriend, even if it’s just a temporary relationship. When Will crosses her path, she knows he’s the one and enlists her classmate Dev to find out more about him. As she dives into this romance, she begins to wonder if he really is the perfect boy for her. 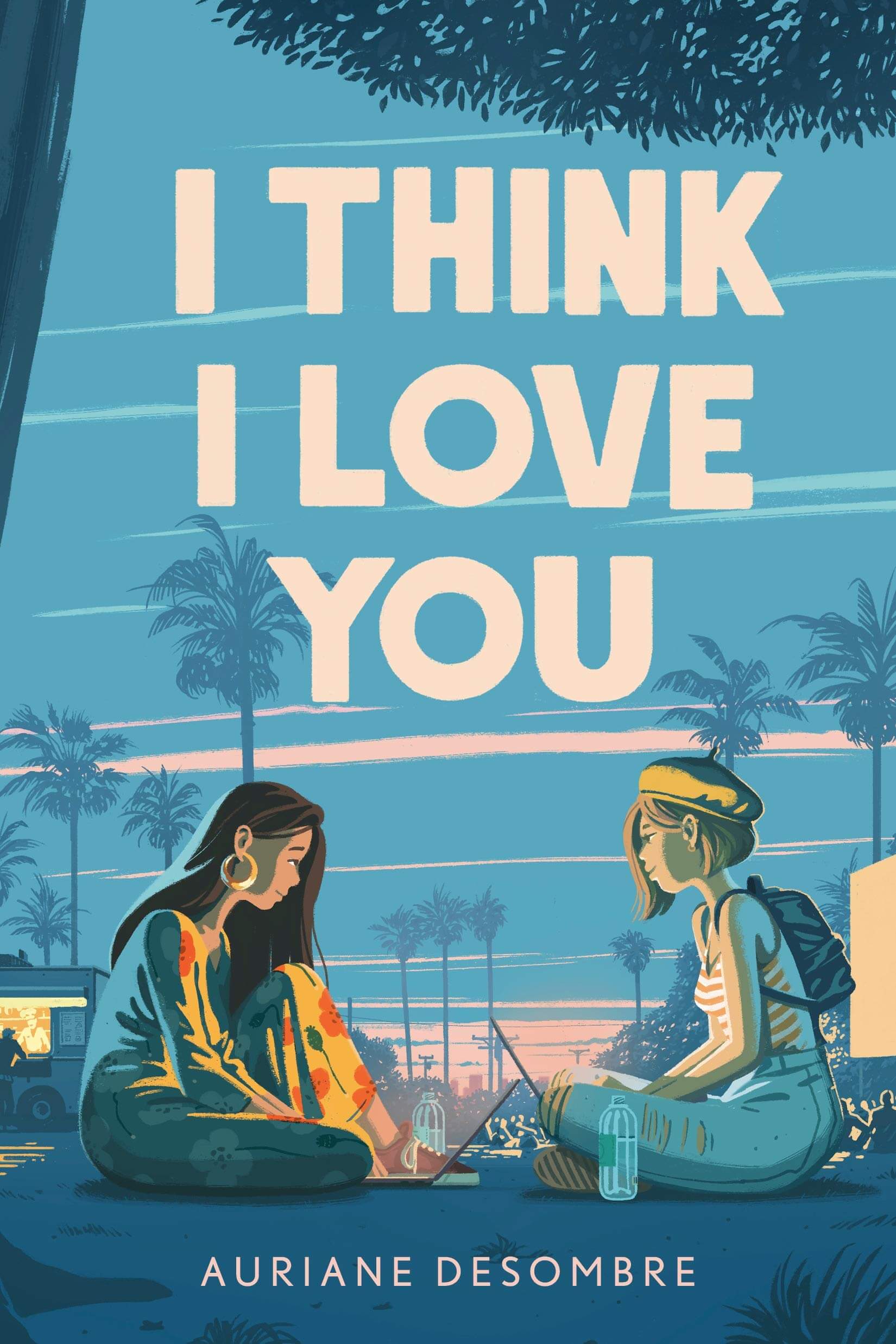 I Think I Love You by Auriane Desombre

Sophia and Emma are as different as night and day. While Sophia is practical and level-headed, Emma is a romantic at heart with a whimsical side. They are also in a serious rivalry, competing against one another to win an all-expenses-paid trip to Los Angeles for a film festival. With each of the girls determined to win, the race to the grand prize is not going to be easy for either one of them. As the clock ticks, they know that time is running out before one of them is crowned the winner. But when enemies start to become friends…or more than friends, the game changes completely. 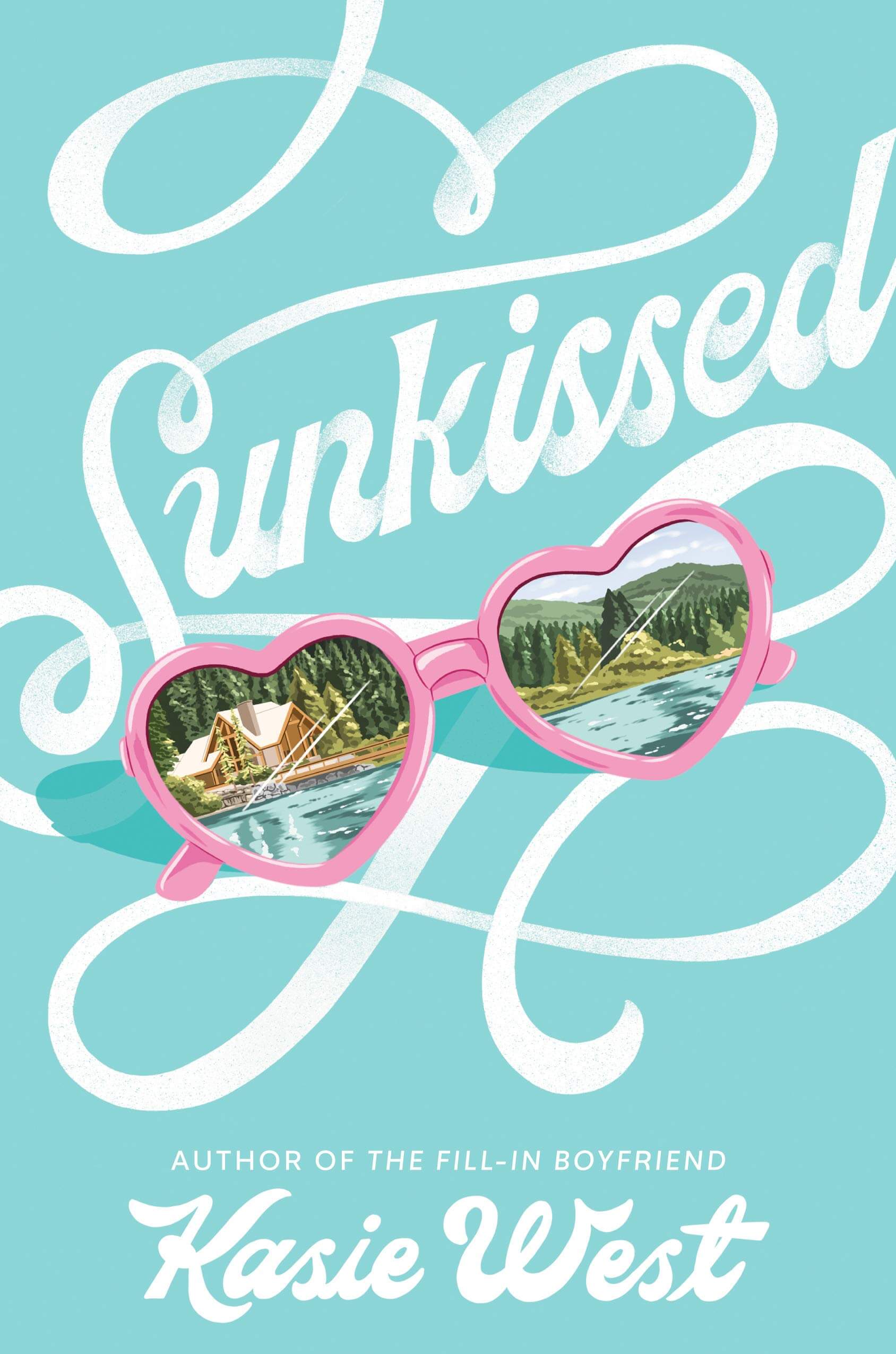 Avery’s summer is looking more like a bummer, dealing with the betrayal of her best friend and now her parents are making Avery and her social-media obsessed sister take a two-month family vacation at a camp in the middle of nowhere. However, things start to look up when she meets a new boy who has the potential to be the perfect distraction. Then a dark cloud is cast over her sunny outlook when she realizes Brooks is a staff member, which means a summer romance is against the rules. Even though some rules were made to be broken, will Avery’s heart get broken, too? 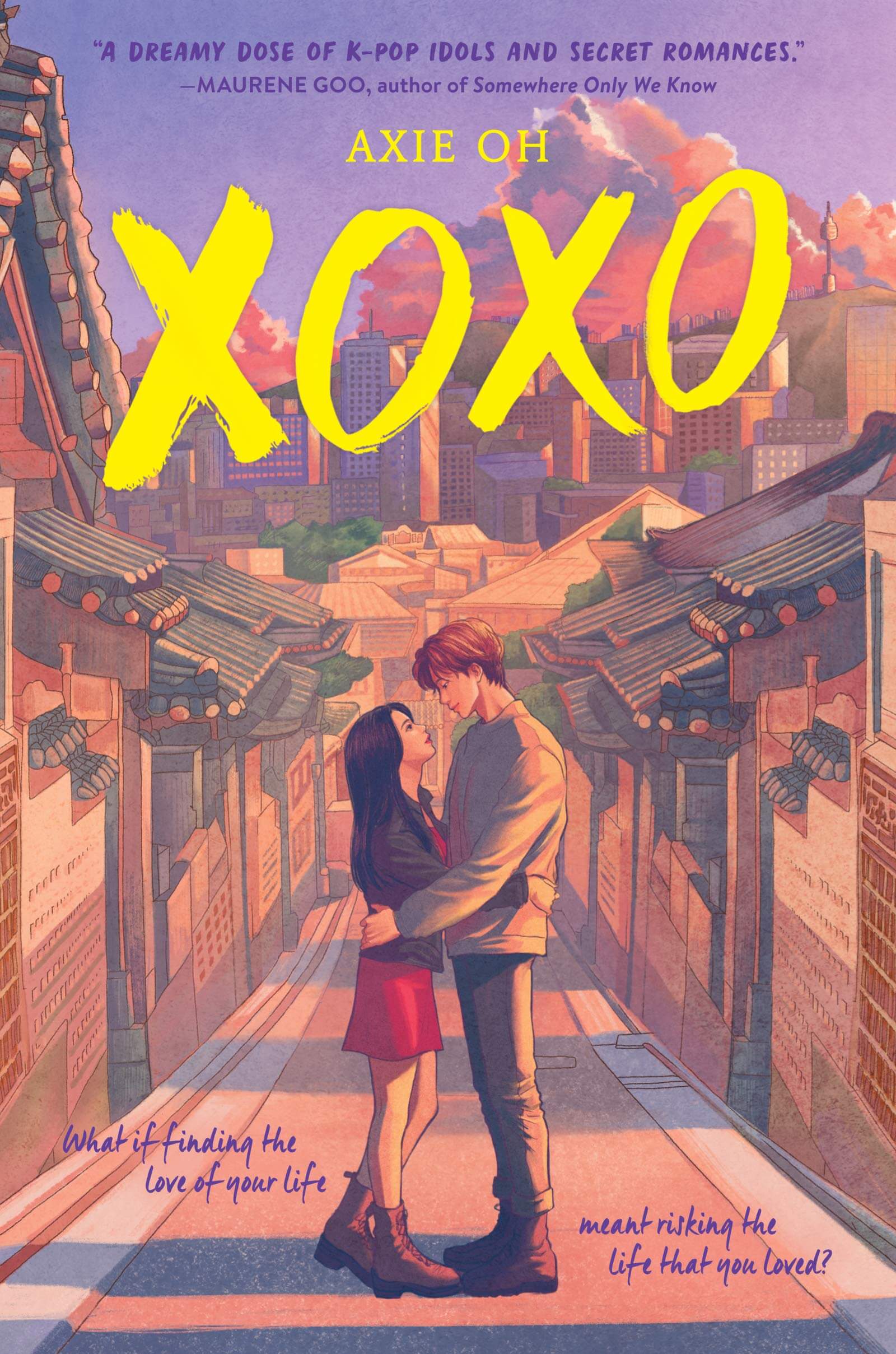 As a serious cellist, Jenny doesn’t have much time for dating. When out of nowhere, a mystery man named Jaewoo crosses her path and they immediately hit it off. Throwing caution to the wind, she decides to spend her evening exploring L.A. with him instead of her cello. So when he heads back to Korea the next day, Jenny just chalks it up to a fun night. But when Jenny and her mom move to Seoul, she runs into Jaweoo and finds out that he’s a famous K-pop star. Even though both of them would be sacrificing their careers to start a relationship, they can’t that fate brought them back together. 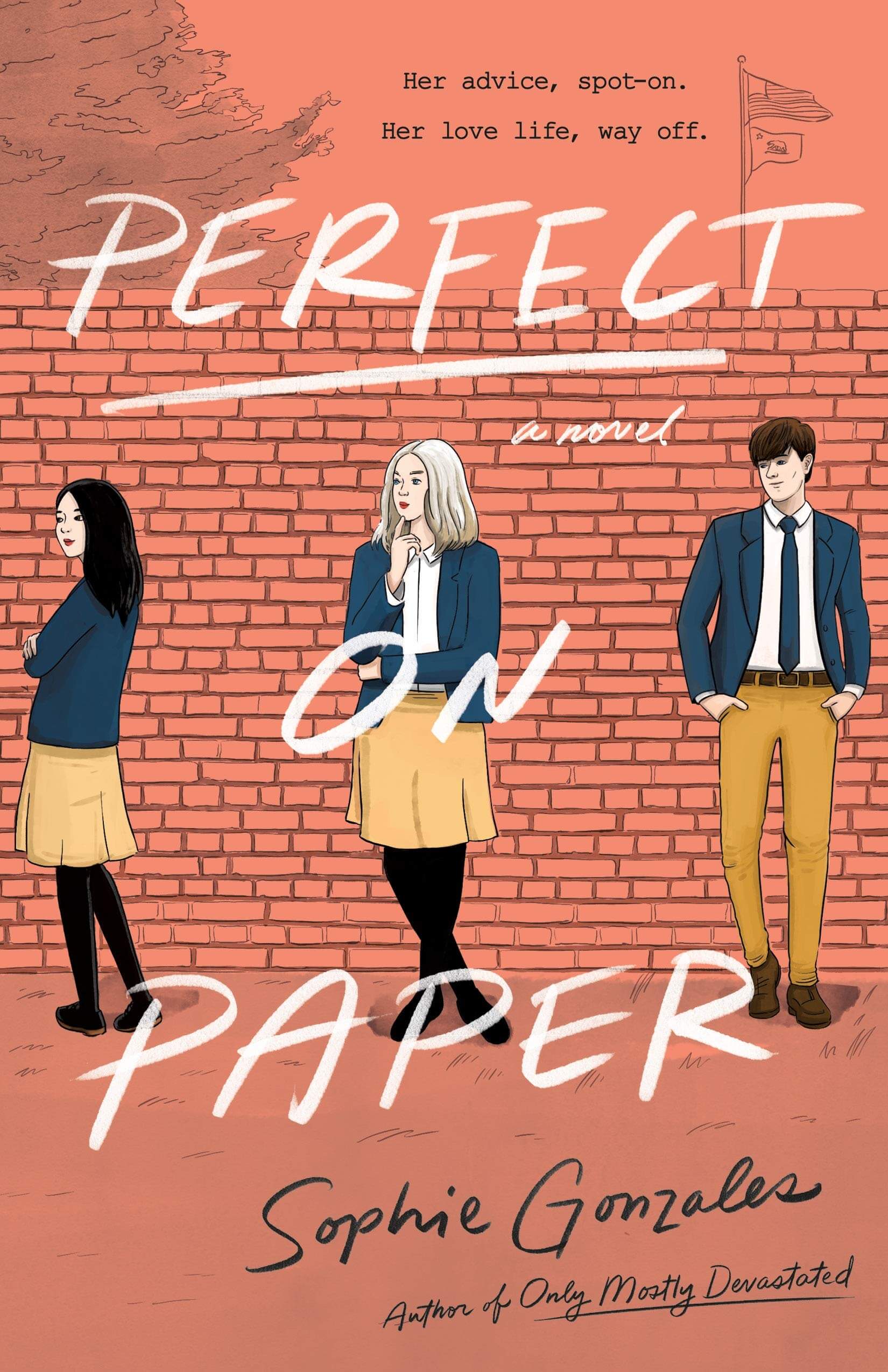 Perfect On Paper by Sophie Gonzales

Darcy has a secret but it’s not hurting anyone – in fact, it’s actually helping people! She has been successfully running her anonymous relationship advice business out of locker 89 without anyone finding out…until now. When Alex, the new (and hot) boy at school, catches Darcy, he tells her he’ll keep her secret if she helps him get his ex-girlfriend back. The most important thing to Darcy is keeping her identity concealed, so she agrees, even though her gut tells her she’s about to land right in the middle of a messy love triangle. 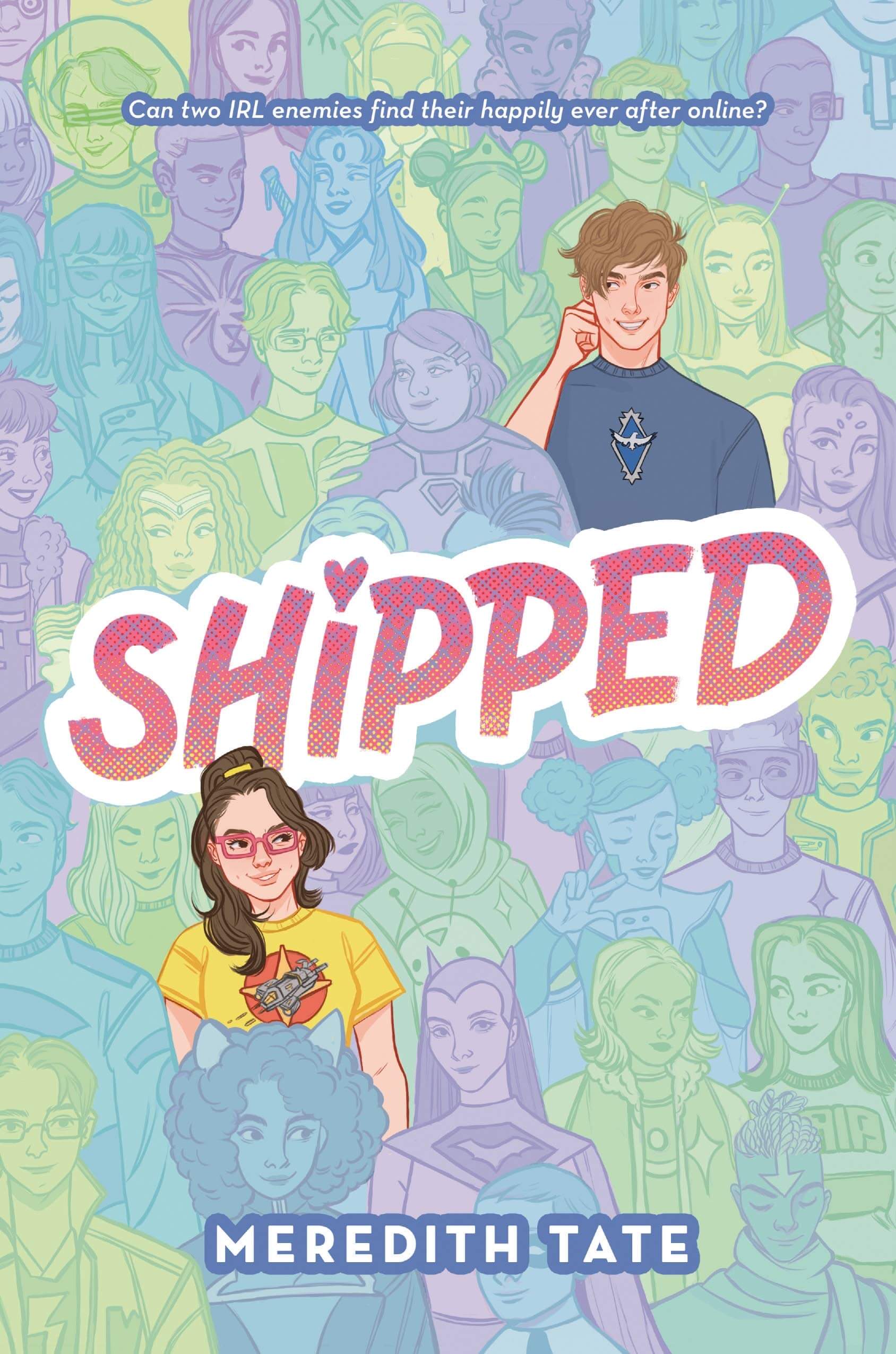 Wesley and Stella are more than bitter enemies; they are also both competing to become the school’s valedictorian. They’ve been at it since day one, slinging insults and playing dirty pranks for four long years. Even though they don’t get along, they have a lot more in common than they realize. Both are big fans of the sci-fi TV show Warship Sevenand even belong to an online chat group about it. When they unknowingly start talking to each other under their screen names and agree to meet up at the SciCon convention and identities are revealed, they start to realize there’s a thin line between love and hate. 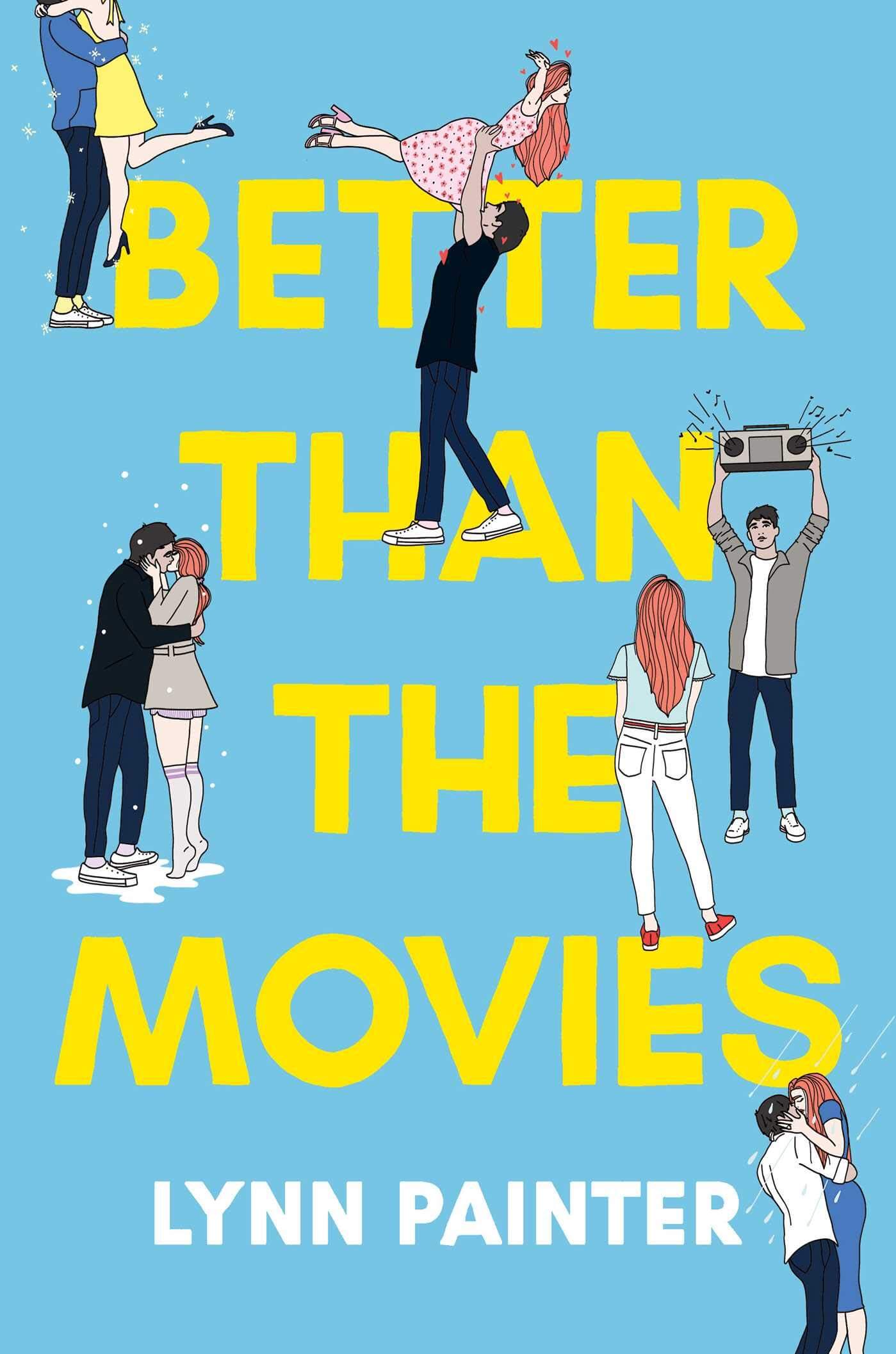 Better Than the Movies by Lynn Painter

Liz lost her crush Michael once before when he moved away but now that he’s back, she’s determined to get him notice her. Scheming of ways to make it happen, she decides to befriend her longtime neighbor Wes who, while extremely good-looking, is also very annoying. Because he’s gotten close with Michael, she thinks that’s her ‘in,’ and works her way into the mix so he can see just how irresistible she is. What she didn’t expect was to enjoy spending so much time with Wes and have second thoughts about who she has feelings for. Was her true love right in front of her this whole time? 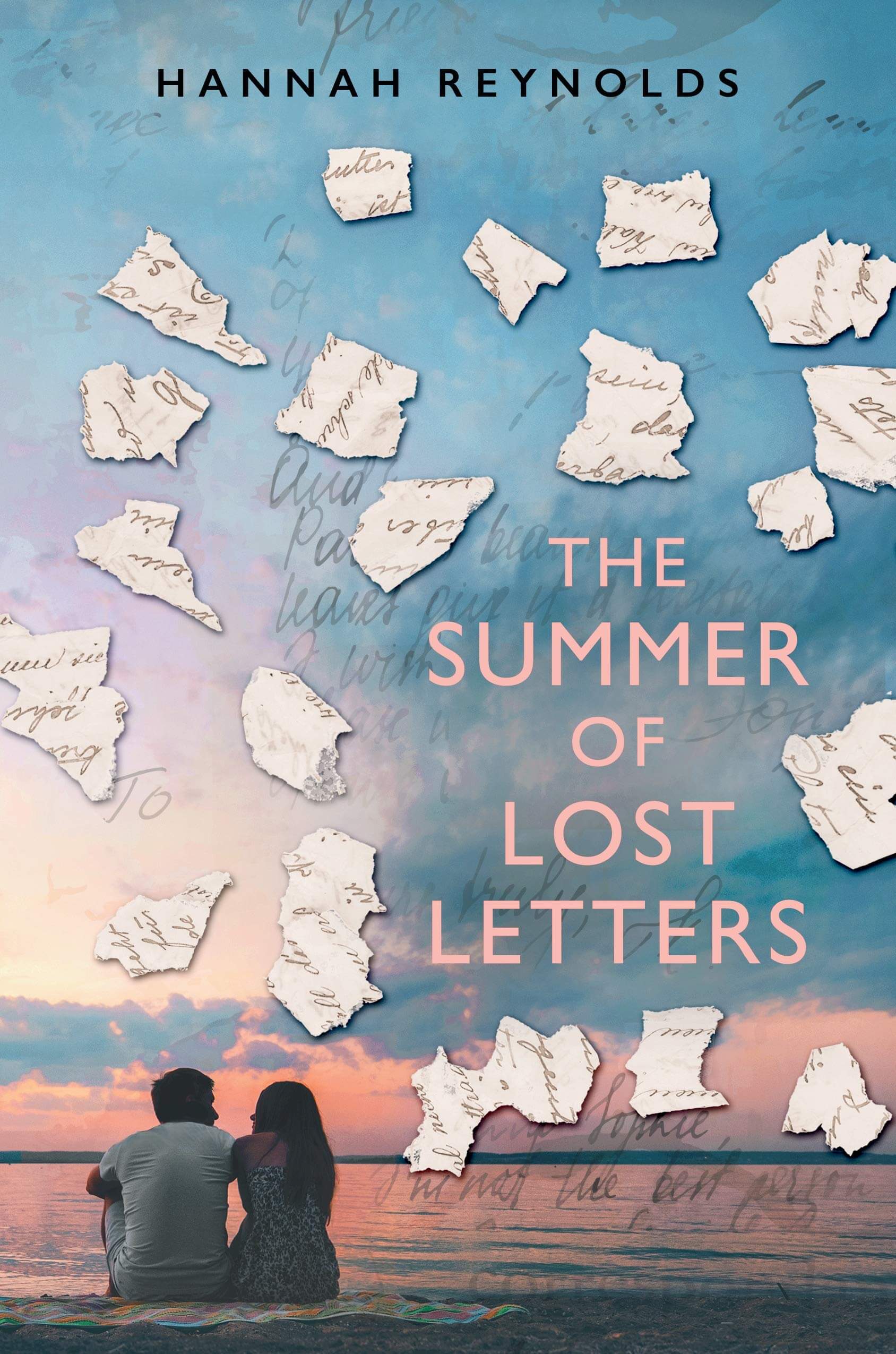 The Summer of Lost Letters by Hannah Reynolds

While Abby Schoenberg’s friends are enjoying summer vacation before they start their senior year, she is staying at home trying to mend her broken heart. One day, a random pile of love letters that belonged to her grandmother show up at her house. Intrigued and looking for a distraction, she quickly realizes that these are love letters from a man named Edward. Wanting to learn more, she travels to Nantucket in search of Edward but finds his handsome grandson Noah instead. As they grow closer, he begs her to stop the investigation, but the hidden truths always have a way of bubbling up to the surface. 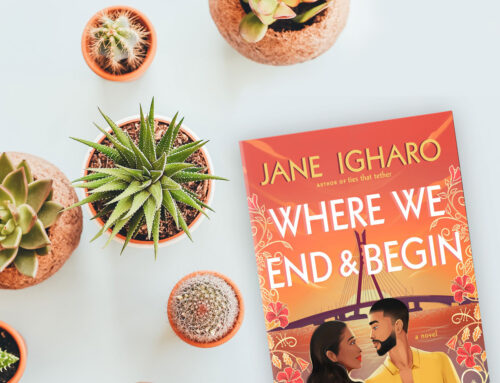 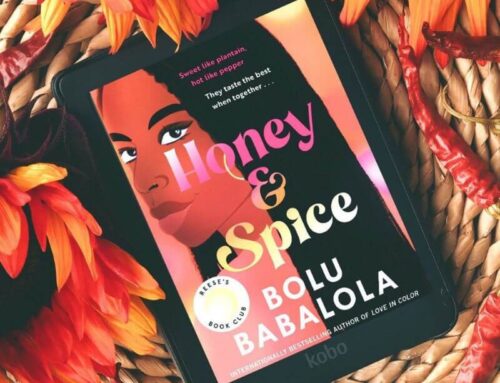