If you’re a fan of Grey’s Anatomy, you’ll definitely want to check out these books. We’ve rounded up ten passionate medical romance novels to keep the love alive! From sparks to flames and tragedy to triumph, emotions run high with all of these steamy stories! 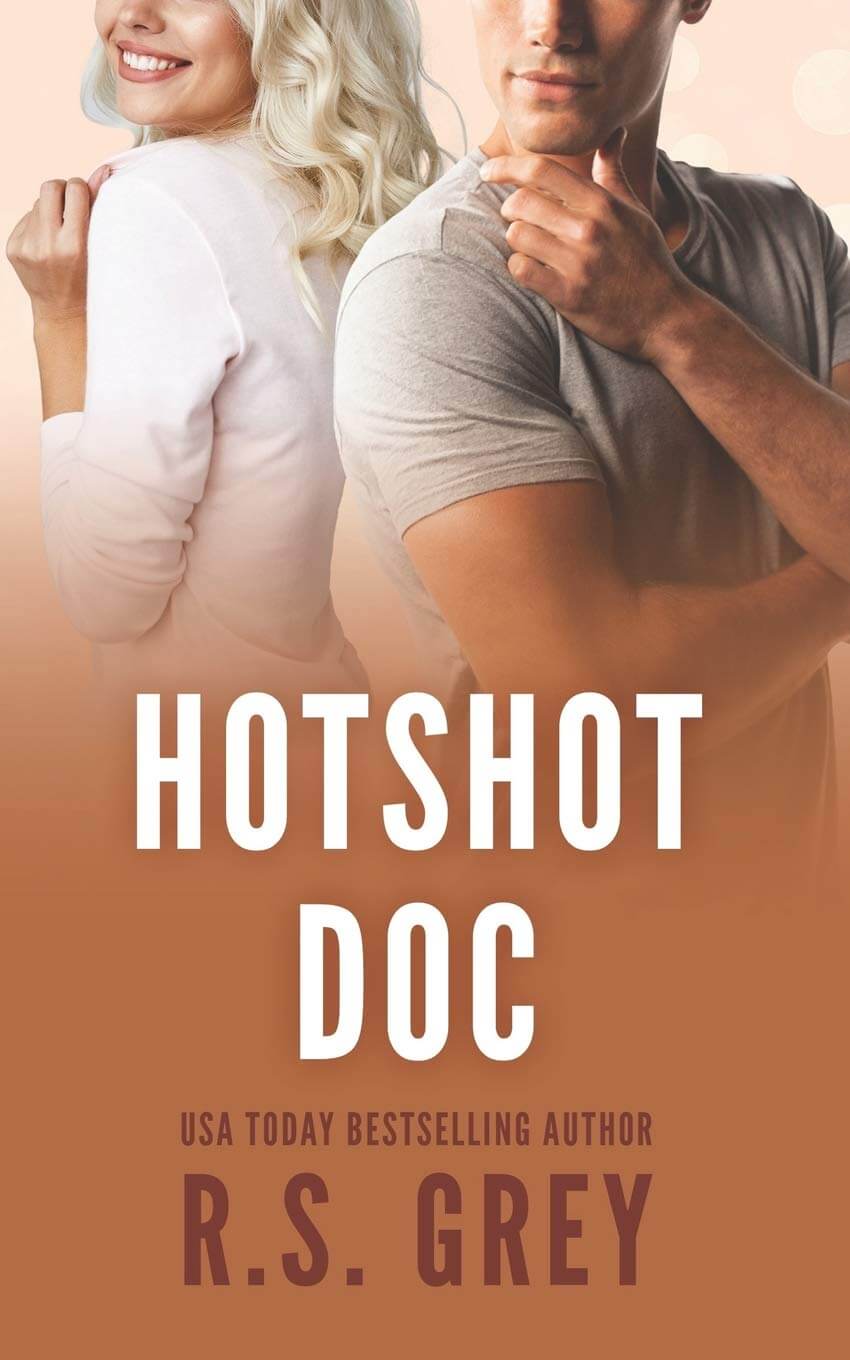 Some people say Dr. Russell is the best surgeon in the world, while others claim that he’s the hottest doctor they’ve ever seen. Regardless, he’s earned his reputation and is unapologetic for being at the top of his game. When Bailey’s boss suddenly retires, she finds herself working right alongside ravishing Russell as his smitten surgical assistant. Trying her best to be professional—and not fantasize about making out in the supply room—she starts to realize that these feelings of hers might not be just one-sided. 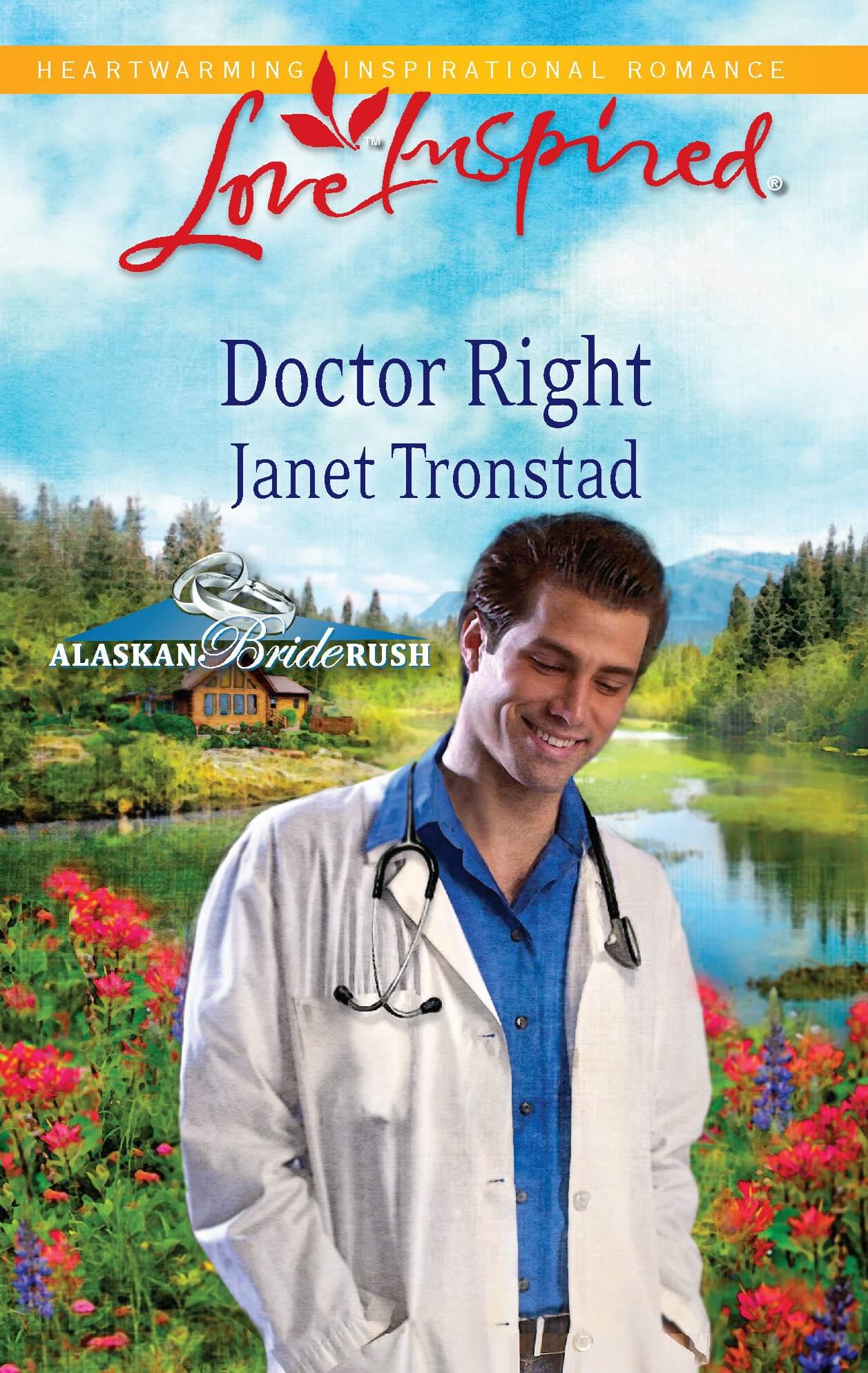 In the small town of Treasure Creek, Alaska, pediatrician Alex Haven has paid his dues and is ready to move on. With plans to open a clinic in Los Angeles in honor of his brother, this sexy single just can’t wait to hit the road. However, Nurse Maryann Jenner has other plans for him. On a mission to find him the perfect match so that he’ll want to stay, things quickly take a dark turn when a young boy’s life is in danger and Alex is the only hope for saving him. Will Doctor Haven have a change of heart—or will he follow his heart and pursue his dreams? 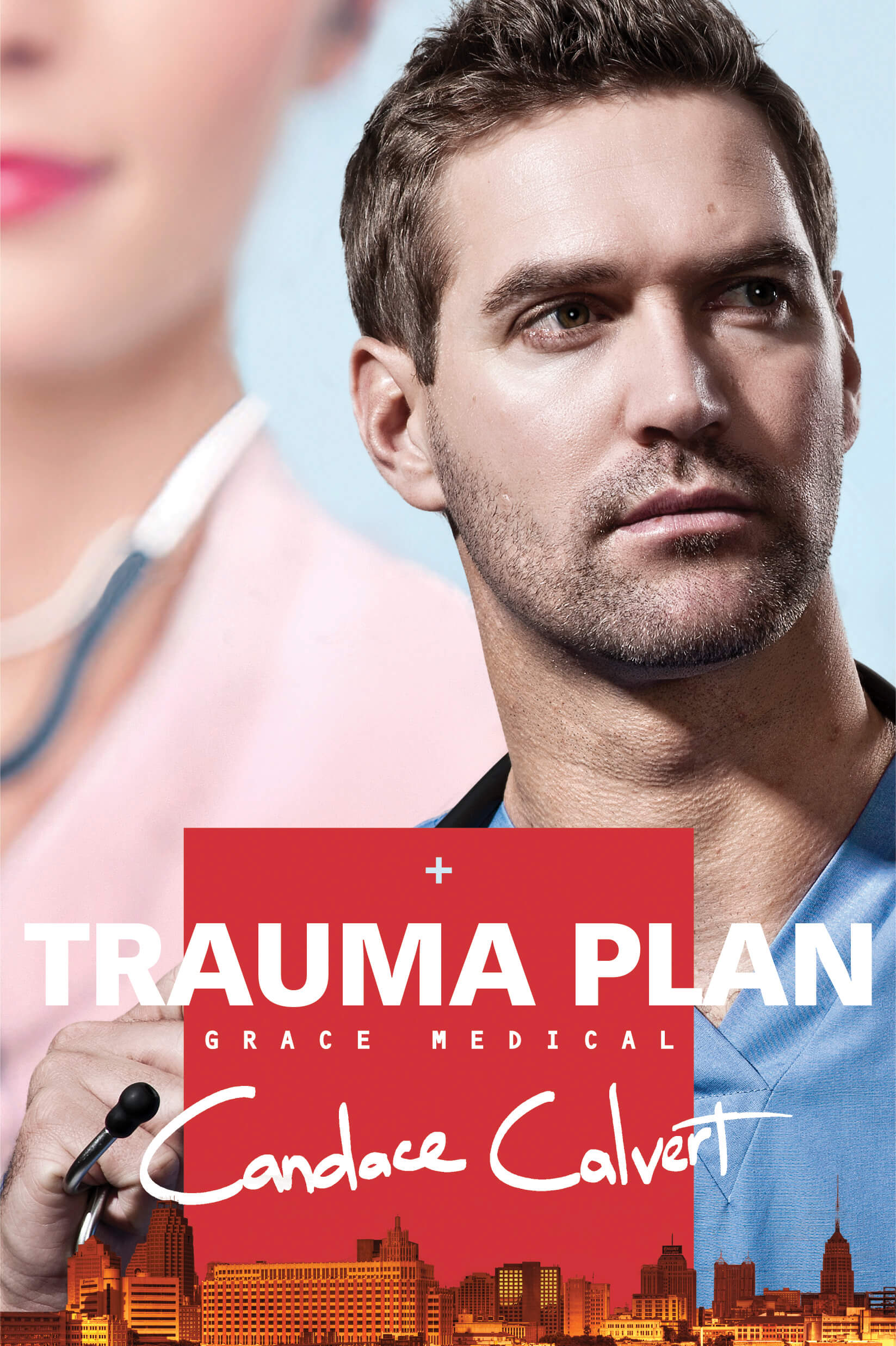 As a recovering victim from a violent assault, ER nurse Riley Hale is ready to get back to work. However, her employer has other plans, as they are limiting her duties and holding her back along the way. In an effort to prove that she is fit for the job, she takes on a volunteer position at a local clinic in a bad part of town. Head doctor Jack Travis is determined to defend his place of work and is passionate about providing care to those in need. Riley finds this endearing—until controversial questions from Jack’s past start to make their way into the workplace and threaten to turn everything upside down. 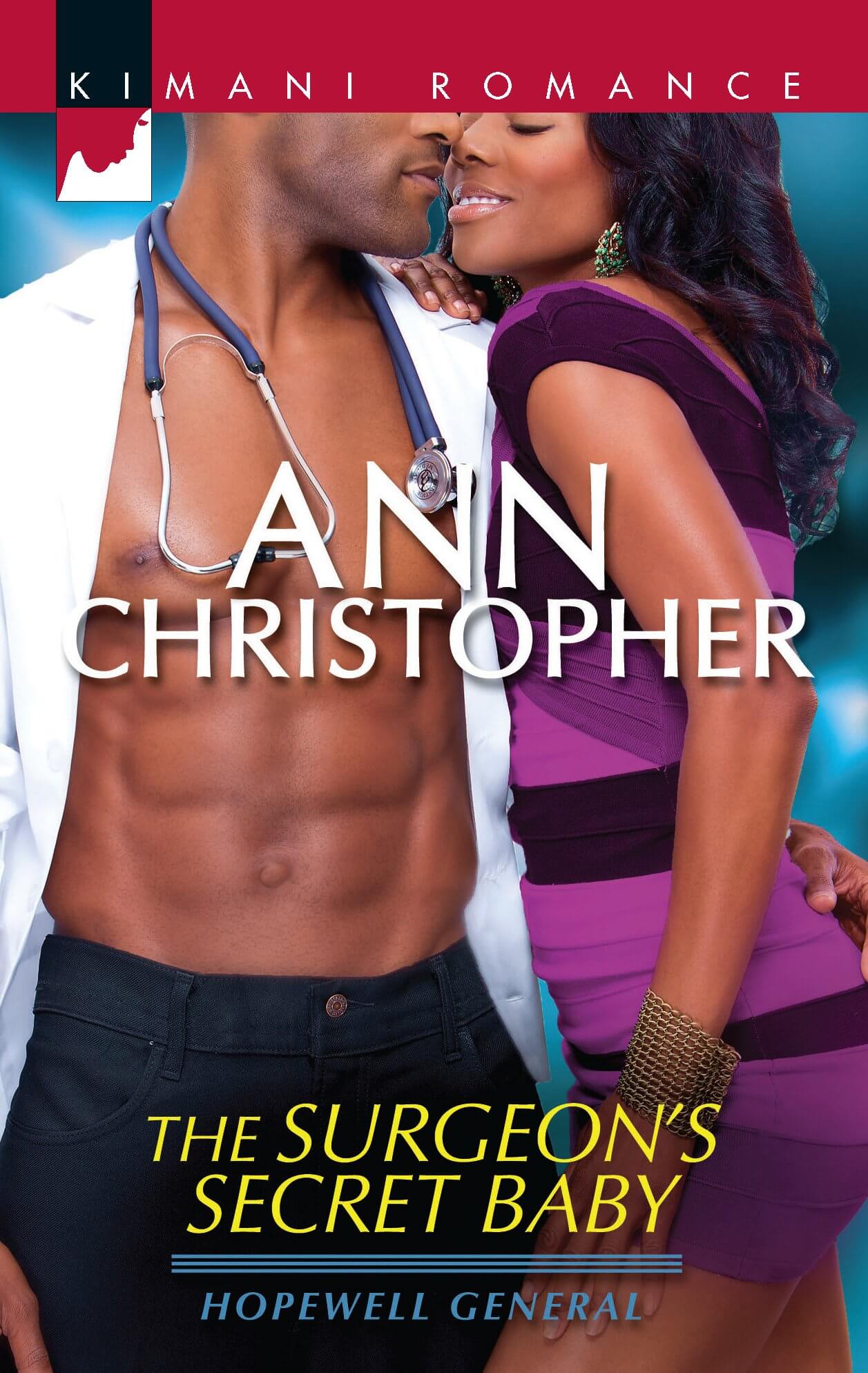 Lia Taylor’s son is in desperate need of medical attention, and the only one who can save him is Dr. Thomas Bradshaw. As the gorgeous and successful Head of Surgery at Hopewell Hospital, he is just the man for the job. However, when he locks eyes with Lia, he knows he’s in trouble. As sparks fly between these two, they find themselves unable to resist the heat between them. As the undeniable feelings start to show, Dr. Bradshaw questions if he should go full steam ahead with this burning romance, or smother the flames and focus solely on his career. 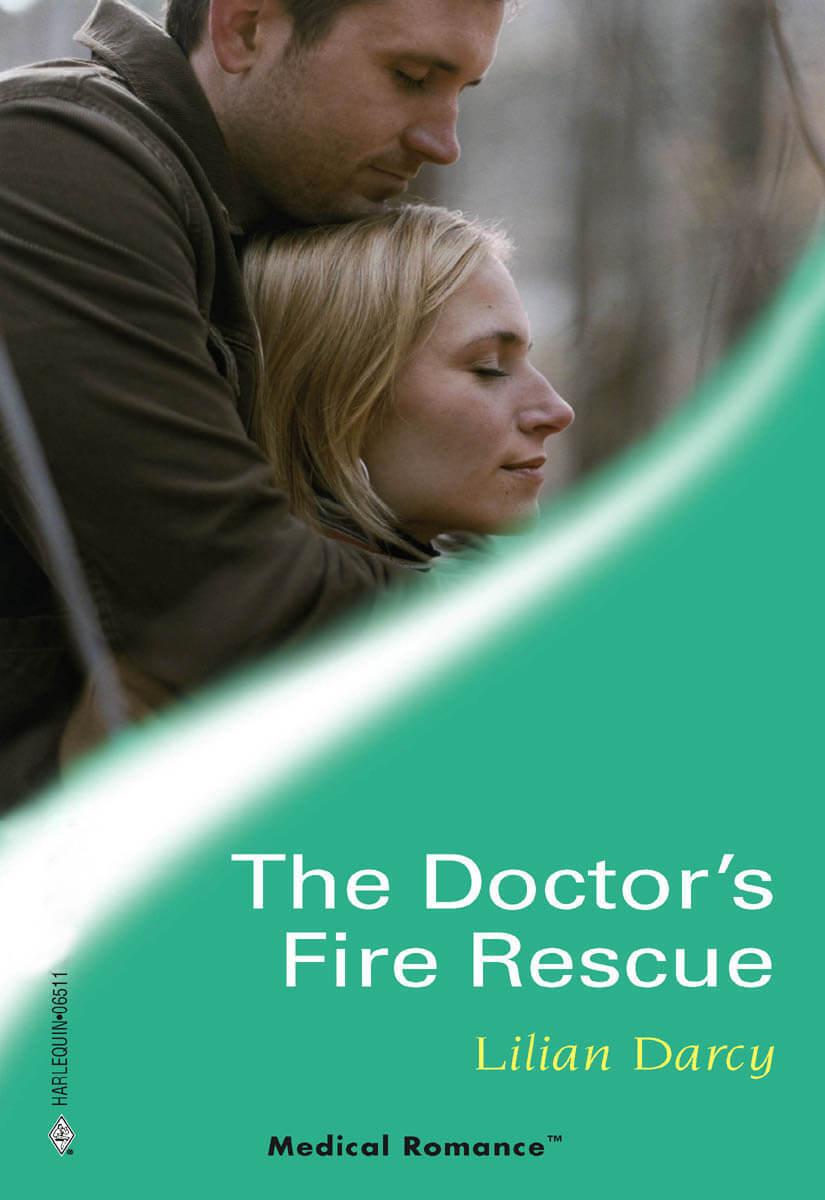 When Dr. Alison Lange found herself seated right next to pharmaceutical millionaire Niccolo Conti on the tour bus at the conclusion of their medical conference, she knew it was meant to be. Alison had actually encountered him once before while in Italy, but unfortunately, that’s where it ended. Now, seeing him again, she was convinced that this was a second shot at love. But when the bus takes a turn for the worst and ends up in the center of a forest fire, these two must come together with their survival skills, revealing a renewed chance at love, leading the way out of danger. 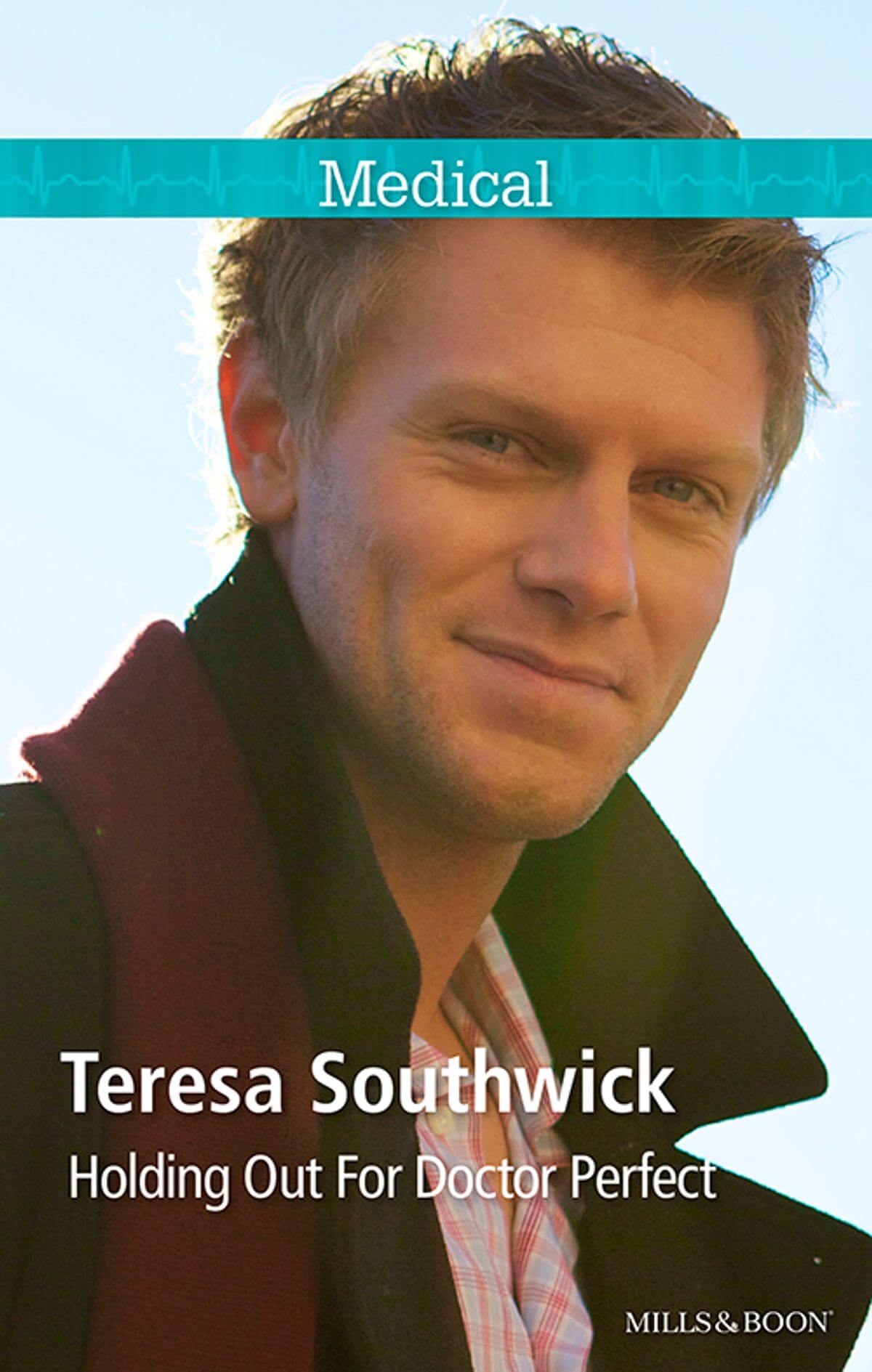 Holding Out for Doctor Perfect by Teresa Southwick

Avery O’Neill is all business and has no time for an office romance to get in the way of her important accounting job at Mercy General. But even though she was committed to being professional, she couldn’t help the butterflies in her stomach every time she encountered the sexy, successful surgeon Spencer Stone. When these two find themselves heading out of town together on a work trip, Avery quicky realizes that all work and no play makes for a dull day. Will this prescription for romance be just what the doctor ordered? 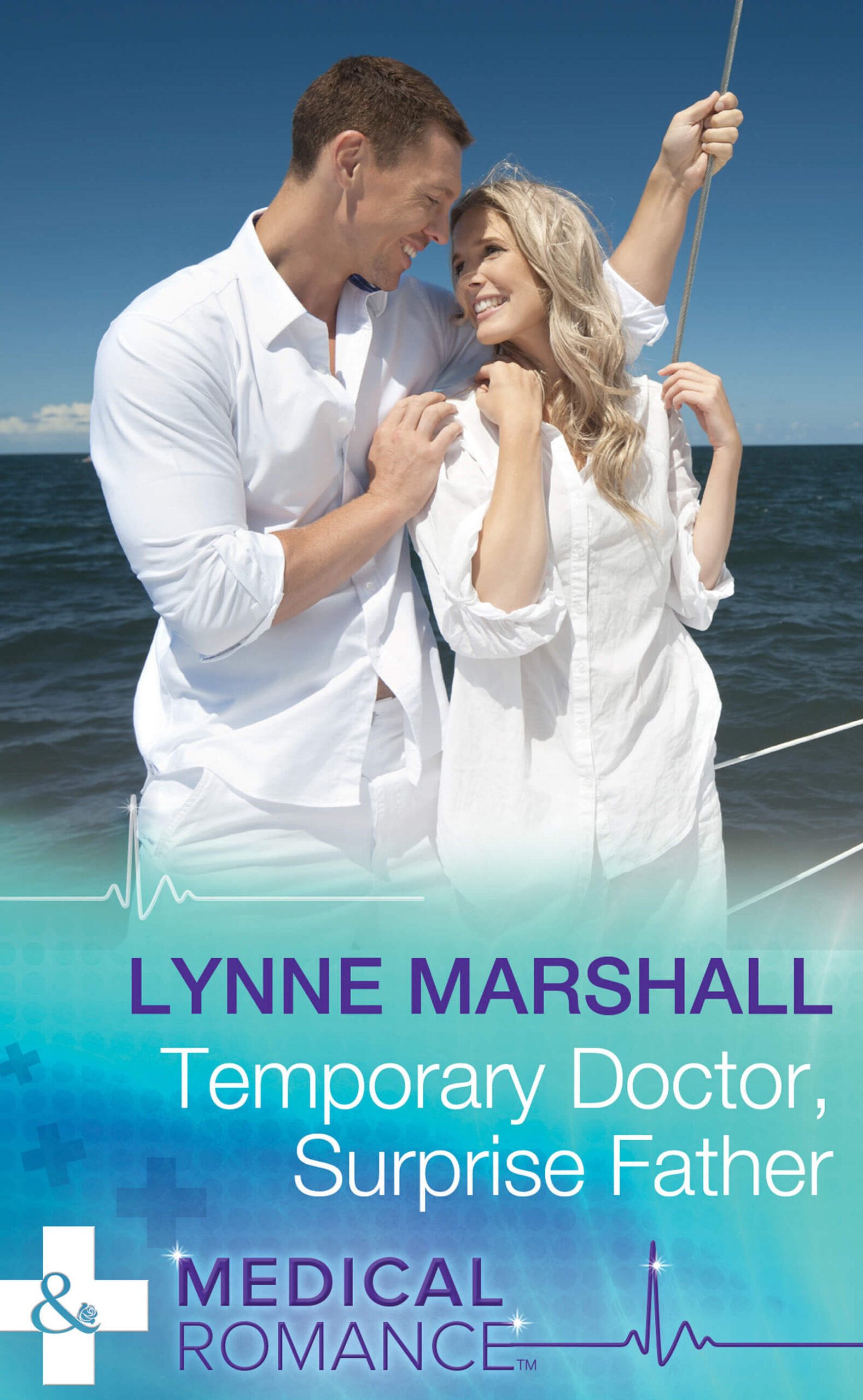 It’s a blast from the past when Dr. Beck Braxton pops back into town to temporarily fill in at his prior place of work. As the ER doctor starts to re-adjust to his new life in LA, he’s quickly confronted with his old life when Jan crosses his path. Even though she broke his heart years ago, they must now find a way to put the past behind them and move forward. But the connection is still there, and as the couple grows closer, Jan has a serious secret to reveal—reformed bad boy Beck can add the word “dad” to his title because he’s the father of her child! 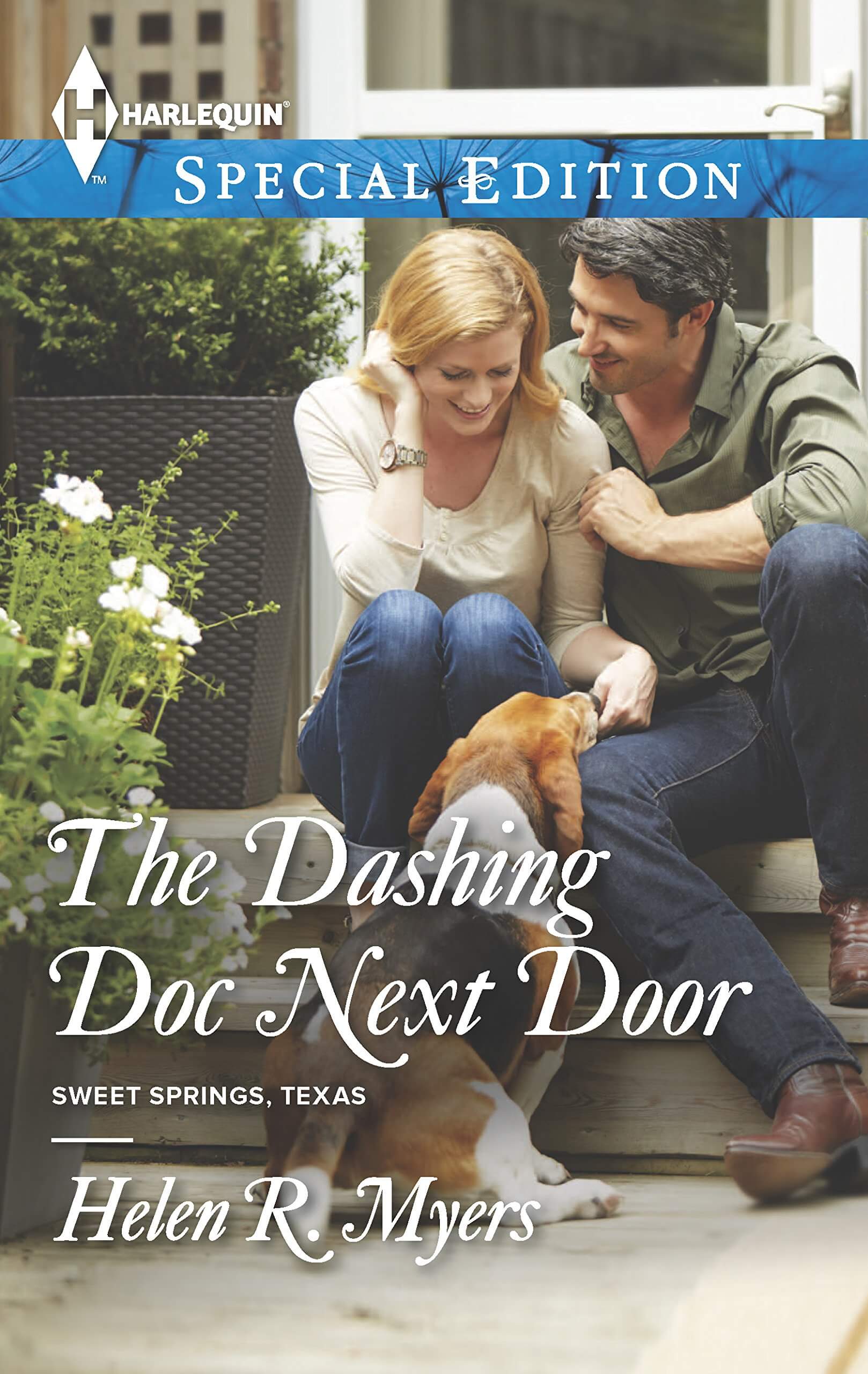 The Dashing Doc Next Door by Helen R. Myers

When Brooke must pick up her life and head to Texas to take care of her aunt, she quickly finds herself overwhelmed. Coming from a big city to a sleepy town is hard enough; but managing her aunt Marsha’s flower shop and taking care of her handful of a basset hound prove to be too much. As luck would have it, Marsha’s neighbor Gage just happens to be a vet, and also single. He’s always heard about the beautiful Brooke Bellamy, but meeting her in person was even better. Hoping to win her heart, Gage makes it his mission to convince Brooke to make Sweet Springs her new home-sweet-home. 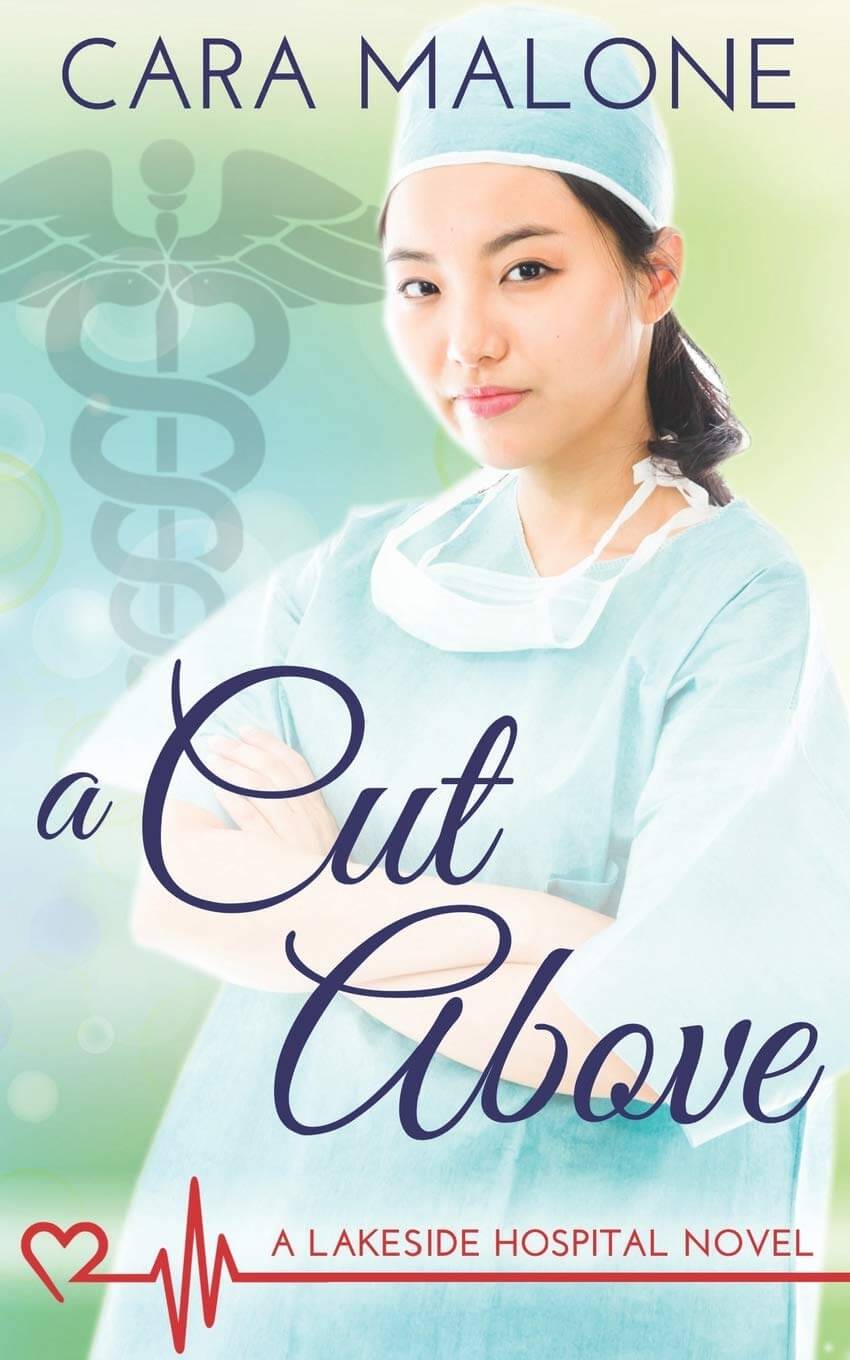 A Cut Above by Cara Malone

Ivy Chan is on track to become a successful neurosurgeon and step out of the shadows of her father’s legacy. But amidst this drive to outdo her dad and make it to the top, she has sacrificed a social life along the way. With only a year left of medical school, just one thing can get in the way… her crush on Chloe Barnes. She started off as a study buddy, but Ivy simply can’t stop thinking about her. When Chloe surprises Ivy with an unanticipated kiss, things really start to heat up. 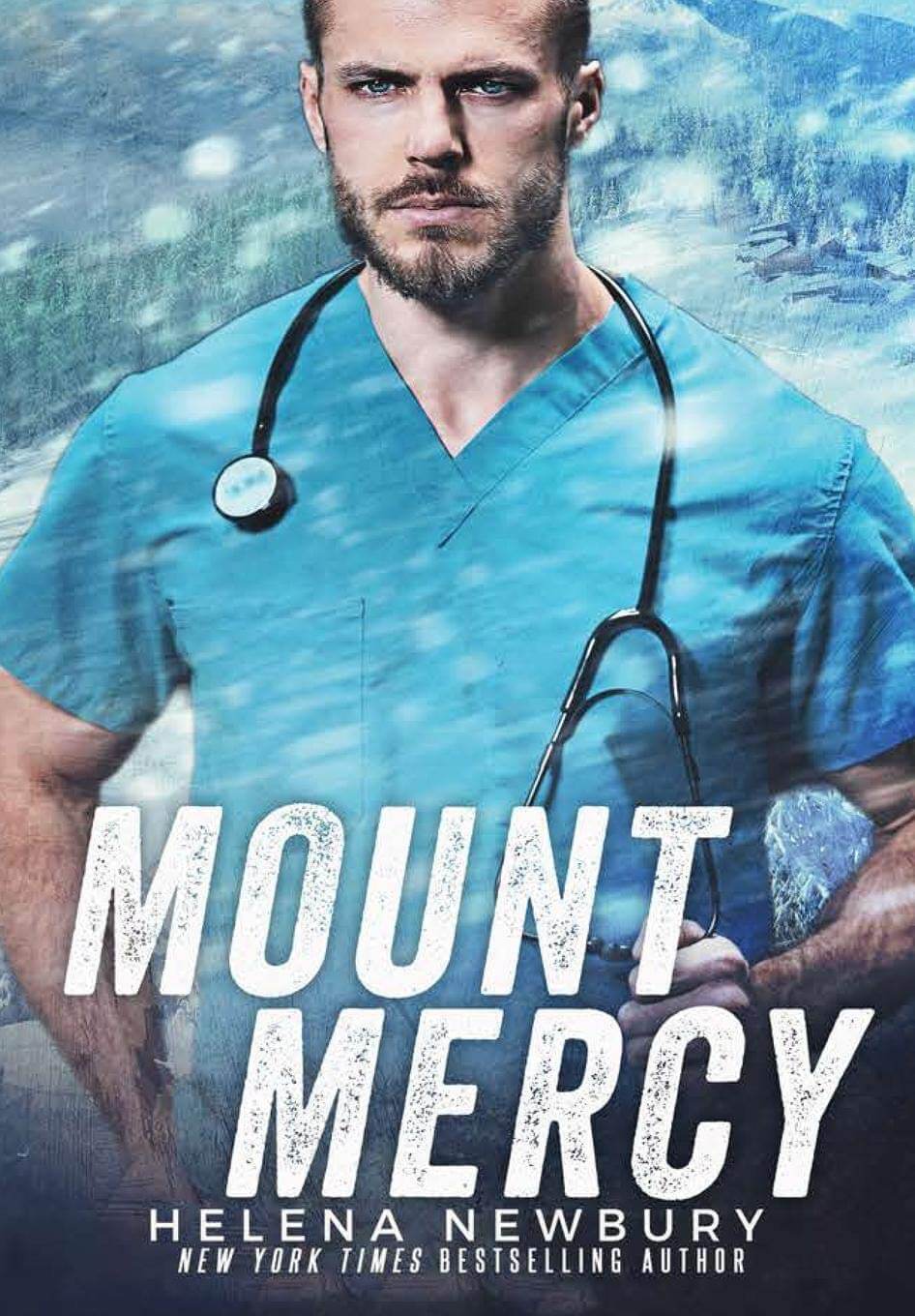 Dr. Dominic Corrigan doesn’t fit the mold of the stereotypical physician. Although he is a bit arrogant and devilishly handsome, his bullet scars paired with an array of tattoos tell a darker story. His quiet co-worker Amy tends to shy away from crowds and stay in her secluded surgeon bubble. But Dominic is intrigued by her mysterious demeanor, and she begins to unexpectedly enjoy his attention. Determined to stay focused on work, everything changes when disaster strikes. As these two become closer than ever, they prove that it really is possible to find love in a hopeless place.