12 Books That Explore and Expose The “American Dream”

12 Books That Explore and Expose The “American Dream”

Growing up, I don’t recall a moment I asked my parents how we ended up in the United States or why they made the difficult decision to leave their family and homeland for a place so far away. I do remember overhearing multiple conversations they had with family members, filled with various reasons that all could be summed up to this: we wanted a better life for our family.

In those same conversations, I recall understanding that this was all part of a series of ideas passed on from family members or family friends about how different life would be in the United States for us. The promise, this strange new place so far away from our home country held and the chance at changing the future for our family, specifically my future and that of my siblings all made it clear to me why my parents made the decision they did. For me, I like to label those promises and ideas they had as their ultimate “American Dream” and it’s through literature that I’ve learned more about what it meant for them, for us, and all the things we often didn’t speak about. This list of books are ones that I feel explore and often expose the idea of the “American Dream.” 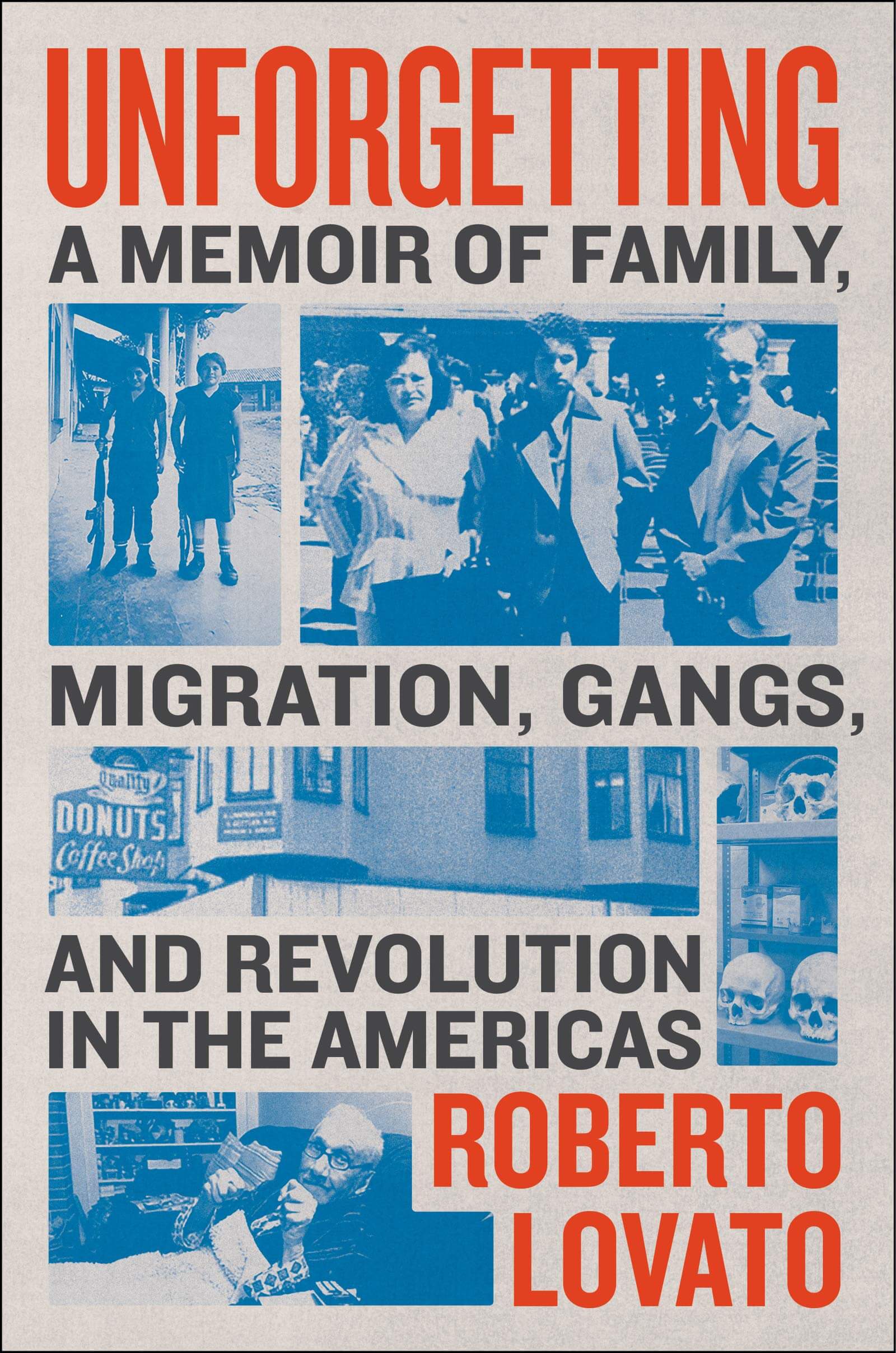 Unforgetting: A Memoir of Family, Migration, Gangs, and Revolution in the Americas by Roberto Lovato

I initially picked up this book because bookstagrammer @laurathestudent consistently advocated for it—and I am so glad I did. In this memoir, journalist Roberto Lovato peels through the history of El Salvador, the country from which his parents are from. In exposing this history and relationship between El Salvador and the country of his birth, the United States, Lovate begins to piece together how much the history has impacted and vibrated through his own family and generations before it. This memoir provides a meticulous detailing of the systemic violence in El Salvador, as well as the many ways in which the U.S. has actively contributed and supported that violence. It’s a memoir that I found carefully and rawly captures the duality of living between two cultures. 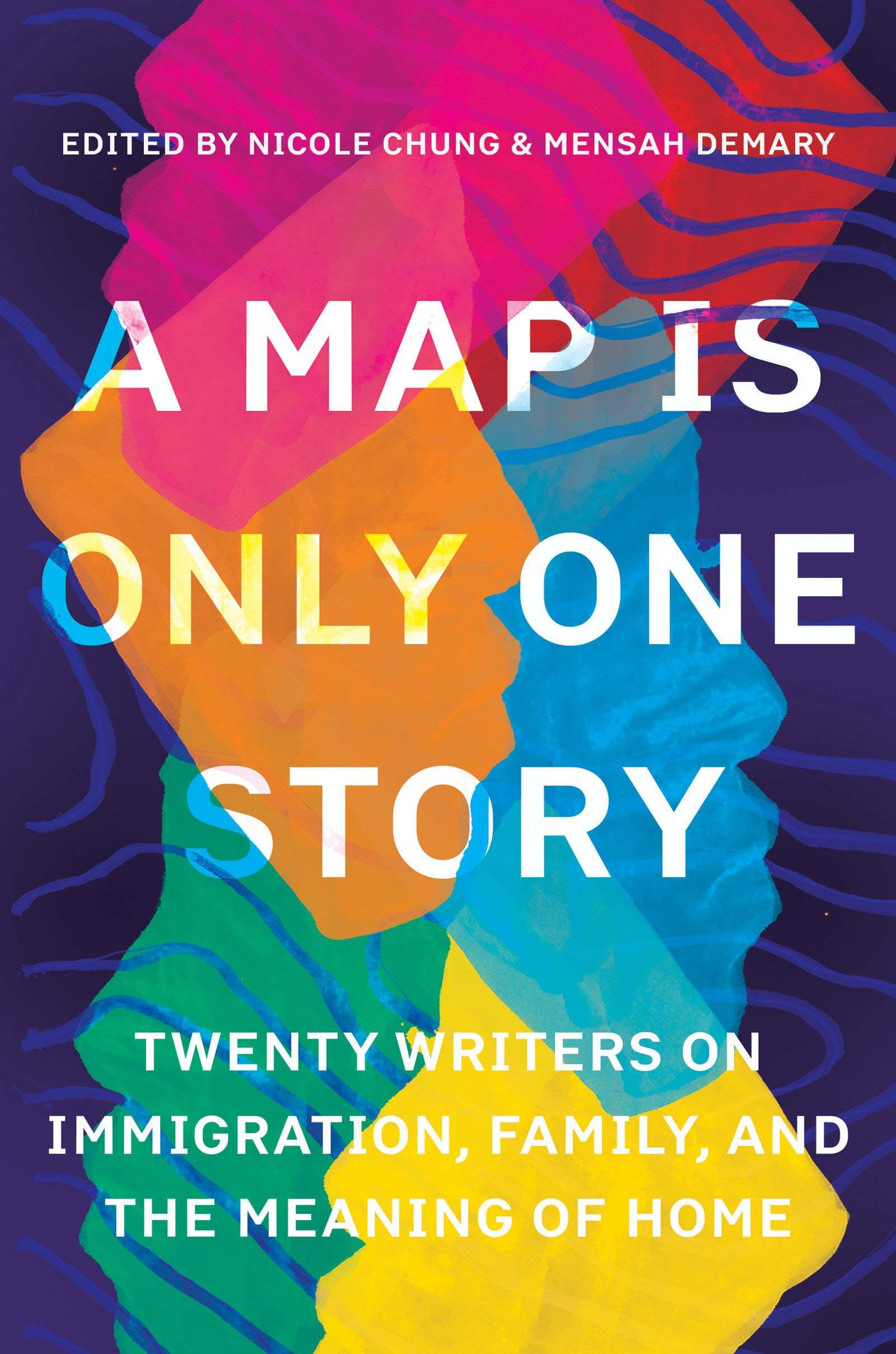 A Map Is Only One Story: Twenty Writers on Immigration, Family and the Meaning of Home edited by Nicole Chung & Mensah Demary

This collective anthology features writers reflecting on the idea of “home” as migrants and first/second/third generation immigrants. Many of the essays reflect on the idea that through family we can identify what home means to us and as explored in one of the essays that can also mean a place in which we’ve lost a family member rendering the very country in which you bury your loved one ultimately home. 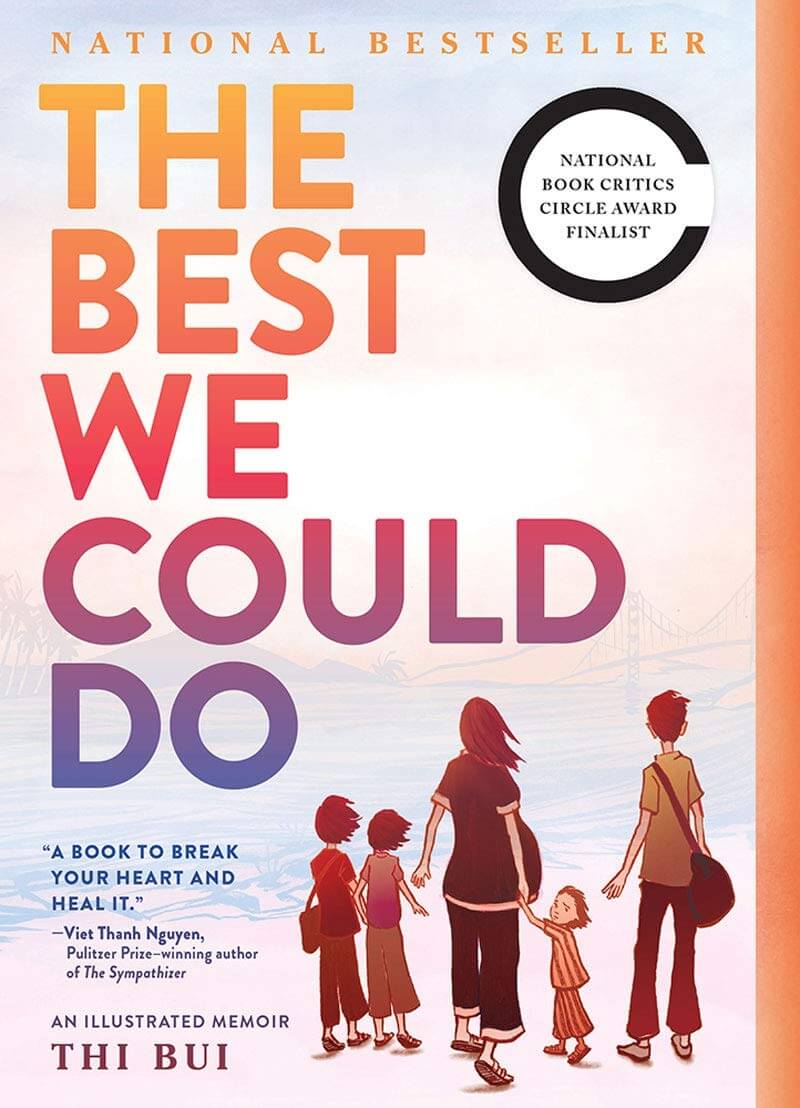 The Best We Could Do: An Illustrated Memoir by Thi Bui

Through strikingly captivating images, Thi Bui illustrates the history of her family’s escape from war-torn South Vietnam in the 1970s. What I found so striking and familiar in her story is the ways in which she is able to step back and understand her parents’ behaviors through what they endured in their past. Knowing their history and understanding their trials and tribulations growing up in a war-torn country, as well as what it was like for them struggling to build a new life in the U.S., was a step towards helping her parent her own child. That full cycle moment and being able to work towards breaking generational cycles of trauma along with the illustrations made this graphic memoir one I always think about. 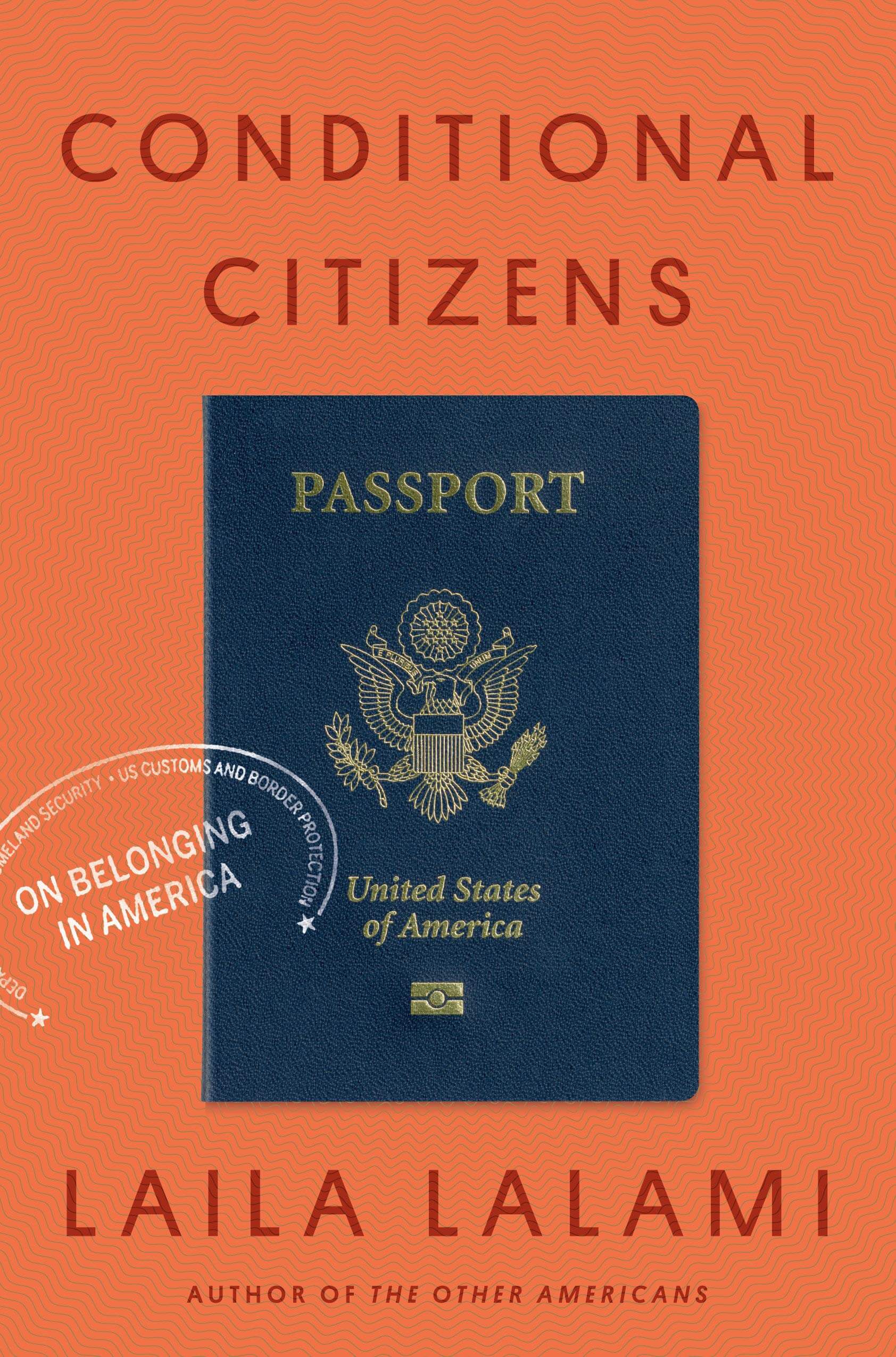 Conditional Citizens: On Belonging in America by Laila Lalami

In this memoir in essays, Lalmai explores the meaning of “American” through the lens of a naturalized citizen and narrows in on who gets the identity of “American” assumed and who doesn’t. I found this collection to unveil the privileges of citizenship, all while pointing to the instabilities one who doesn’t look “American” encounters. As a naturalized citizen myself and one who struggles with embracing an identity as American simply because I continually get asked “Where are you from?” with the assumption that it’s not from somewhere within the U.S;  this book felt so monumental to me. It also felt like a call to action for a radical shift in the way society views and perpetuates who fits within the definition of “American.” 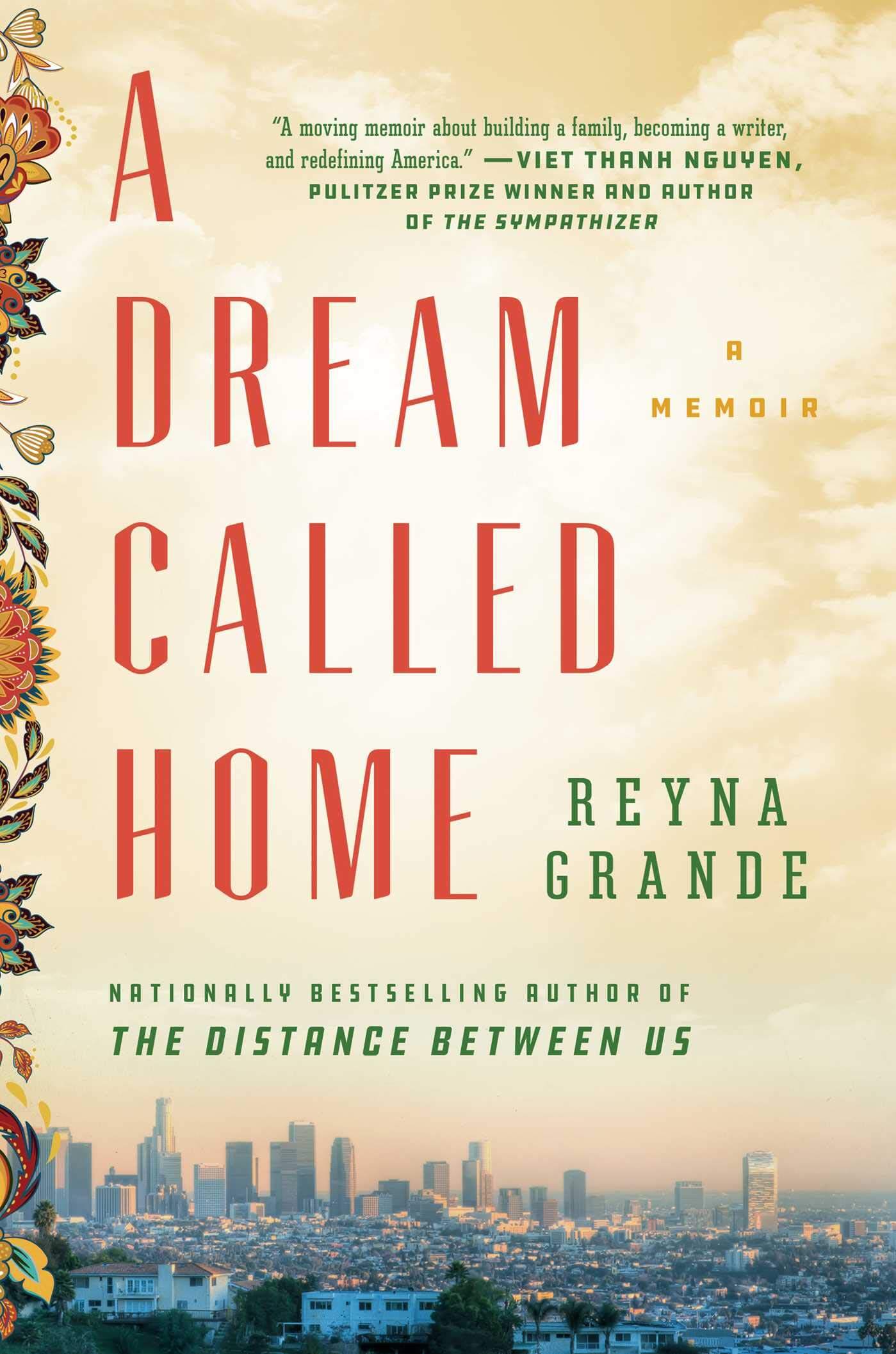 A Dream Called Home: A Memoir by Reyna Grande

This continuation to Reyna Grande’s first memoir The Distance Between Us (which can be read as a stand-alone book) is probably one of the books in which I have most felt seen in. Reyna arrived on foot across the U.S./Mexico border to reunite with her parents after living in Mexico with her grandmother and waiting for her parents to build a life for them to join her. In this memoir she tackles finding her own footing through college/academia as the first in her family to attend both. She also dives into her complicated relationship with her father and how it mainly exists because life for him in the United States resulted in years of hard labor that kept her from being able to build a relationship with him. It’s a beautifully written book about finding oneself, accepting one’s circumstances and preserving with hope. 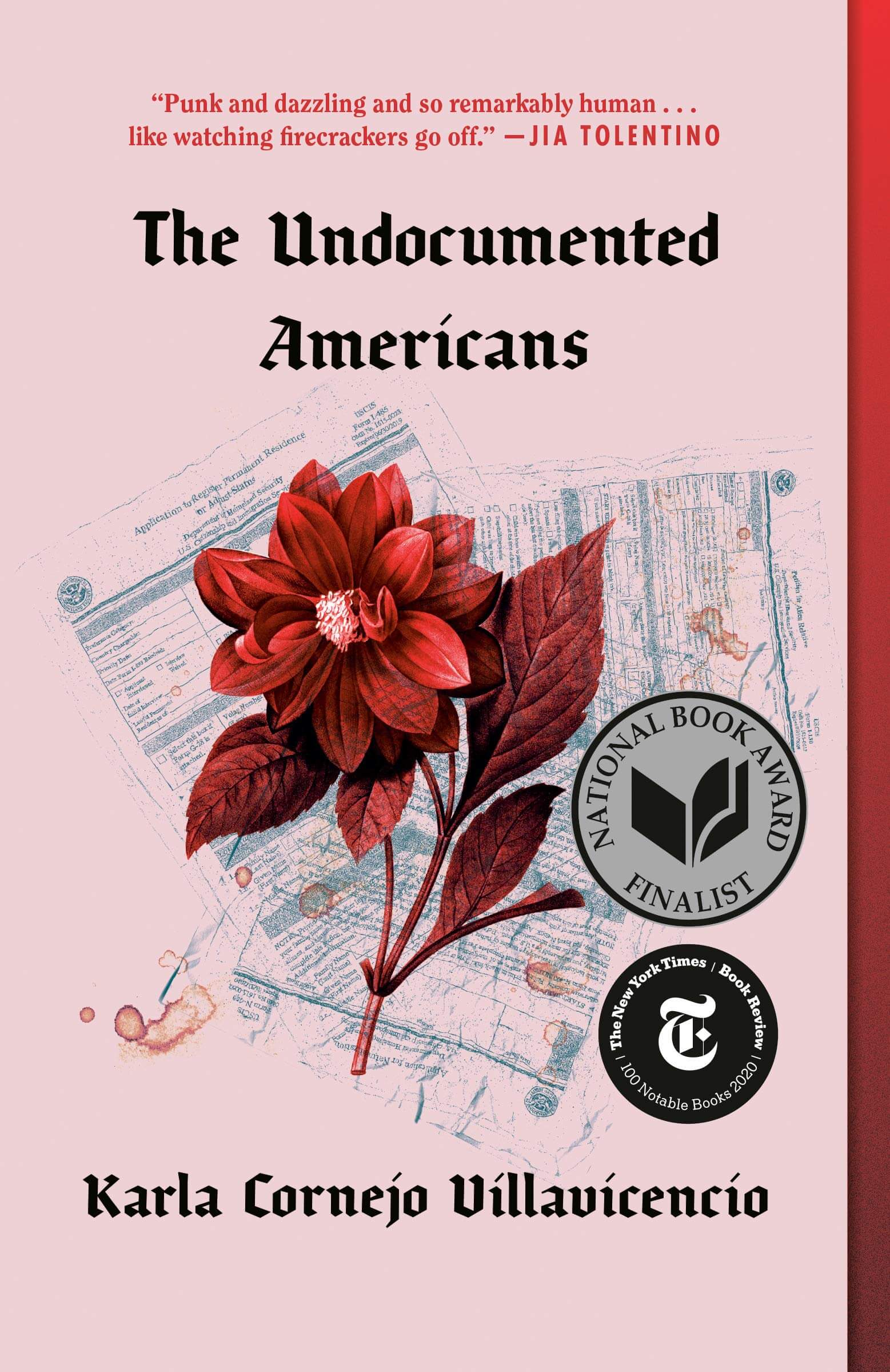 One of my personal frustrations with the majority of media and Americans is the little knowledge they seem to have about the lives of Undocumented people living in the United States. There also seems to be this romanticized idea of what it means to be Undocumented that always shows the resilience or perseverance of Undocumented people, without demonstrating the physical and mental health realities and outcomes they encounter by living Undocumented. In this memoir Karla Cornejo Villavicencio weaves in parts of her own experience as a DACA student navigating a world in which she needs to confront what will happen to her Undocumented father when he is older and unable to work, while interviewing and adding in stories/experiences from other Undocumented people across the United States. My hope is this book will become required reading. 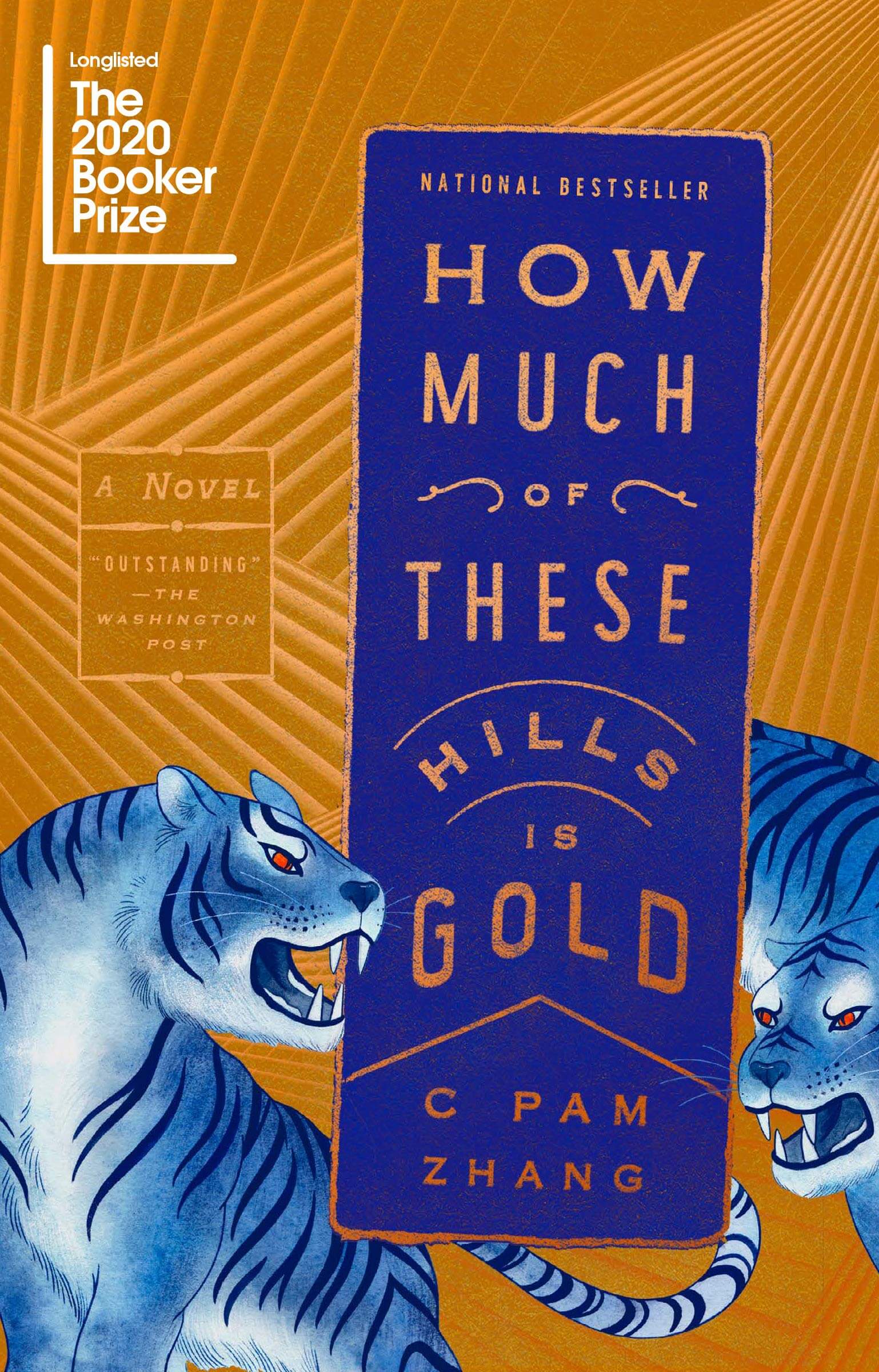 How Much of These Hills Is Gold: A Novel by C Pam Zhang

This novel is a journey through memories illuminating the hardship children of immigrants carry while grieving the struggles our parents have endured. Those that we might know of and those that we can only imagine because they have never been shared with us. Often it is the ones that we imagine, the ones we do not know, that string together into a collective unconscious pain we carry throughout our lives. It’s that collective that I felt vibrating and stayed with me through each page that I read about siblings Lucy and Sam navigating the American west. 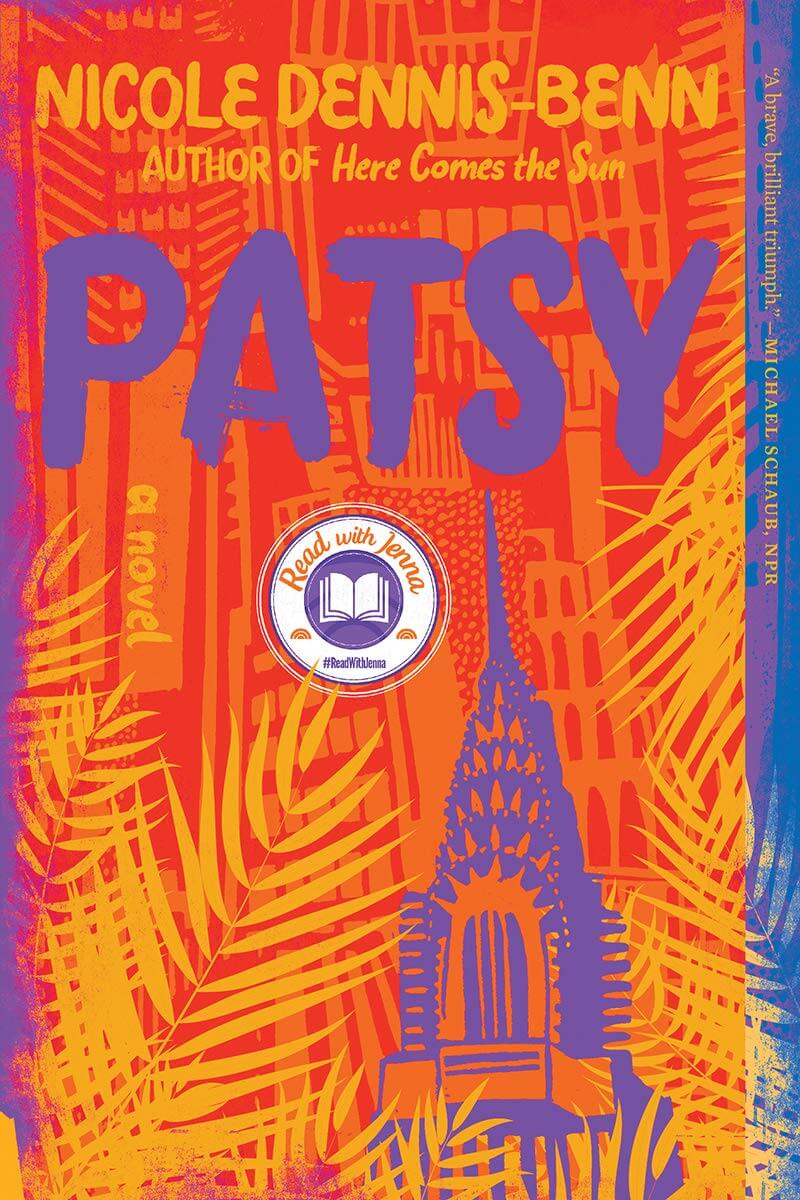 Patsy: A Novel by Nicole Dennis-Benn

Patsy tells the story of a queer woman that leaves Jamaica, and her daughter Tru, to pursue what she believes to be the love of her life who lives in the United States. Initially arriving on a visa Patsy makes the tough decision to outstay her visa and remain in the U.S.  permanently as well as illegally. Told in a shifting narrative from her daughter Tru and Patsy we get a rare view and raw description on what it’s like to be a mother that leaves a child behind, while also feeling what it’s like to be a child that gets left behind. This multilayer novel challenged so many ideas I had about motherhood, queerness, depression and the many other themes it covers. 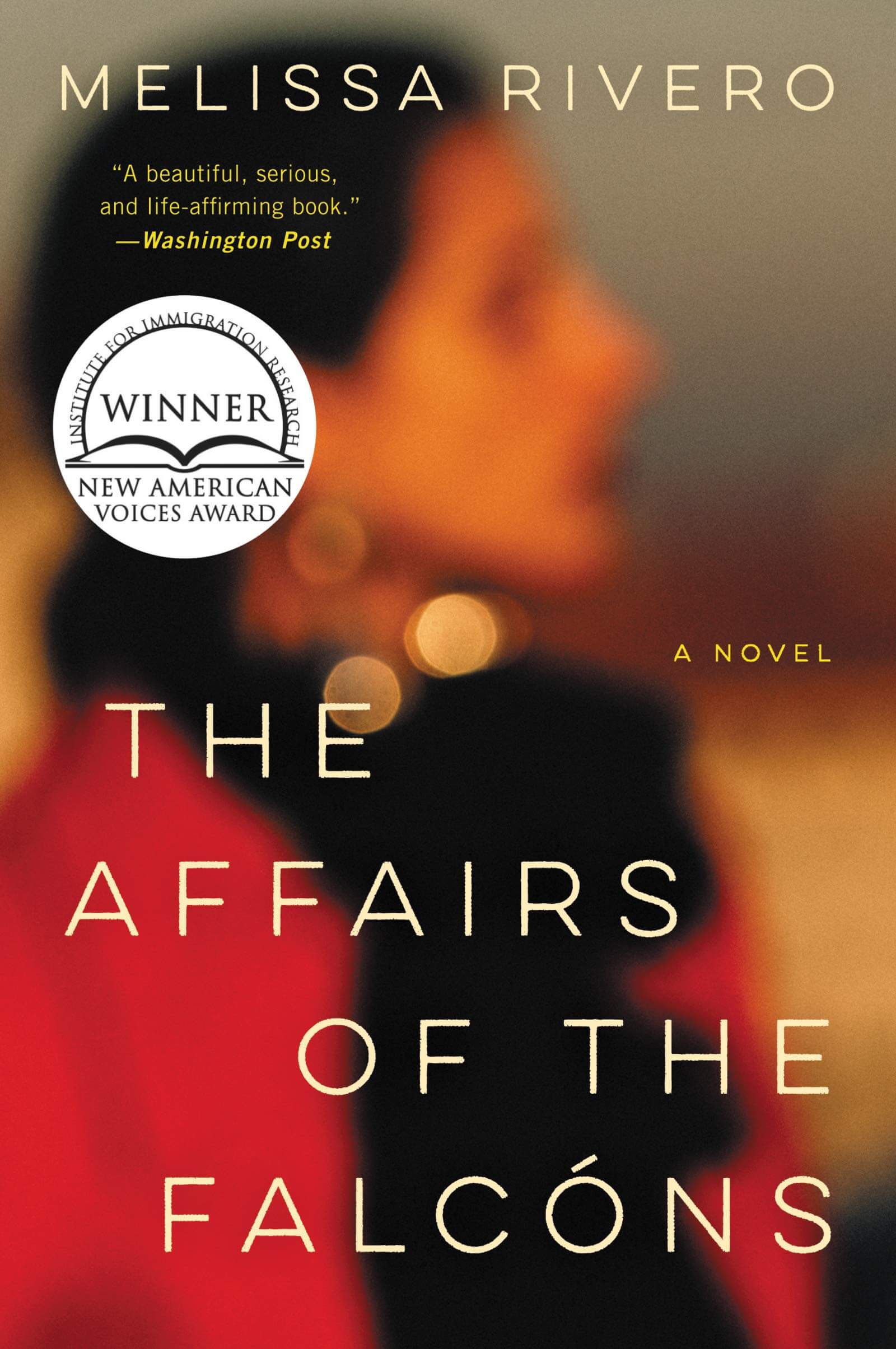 The Affairs of the Falcóns: A Novel by Melissa Rivero

Reading this book felt like it was an ode written about the women in my family. The secrets they carry, the things they experience, all to shoulder a better life for the future generations. Ana, the main character, has fled her home country Peru with her husband and children in search of better opportunities. It quickly becomes clear to Ana that being Undocumted in the United States is an open invitation for exploitation and never feeling safe. Yet every decision she makes in this novel is out of remembering she’s promised to make a better life for her children in the United States—even if that means losing herself in that journey. So much of what these characters endure and experience ring true to the stories I heard my family members exchanged to each other, which is why I found this novel one that belongs in the fabric that defines American literature. 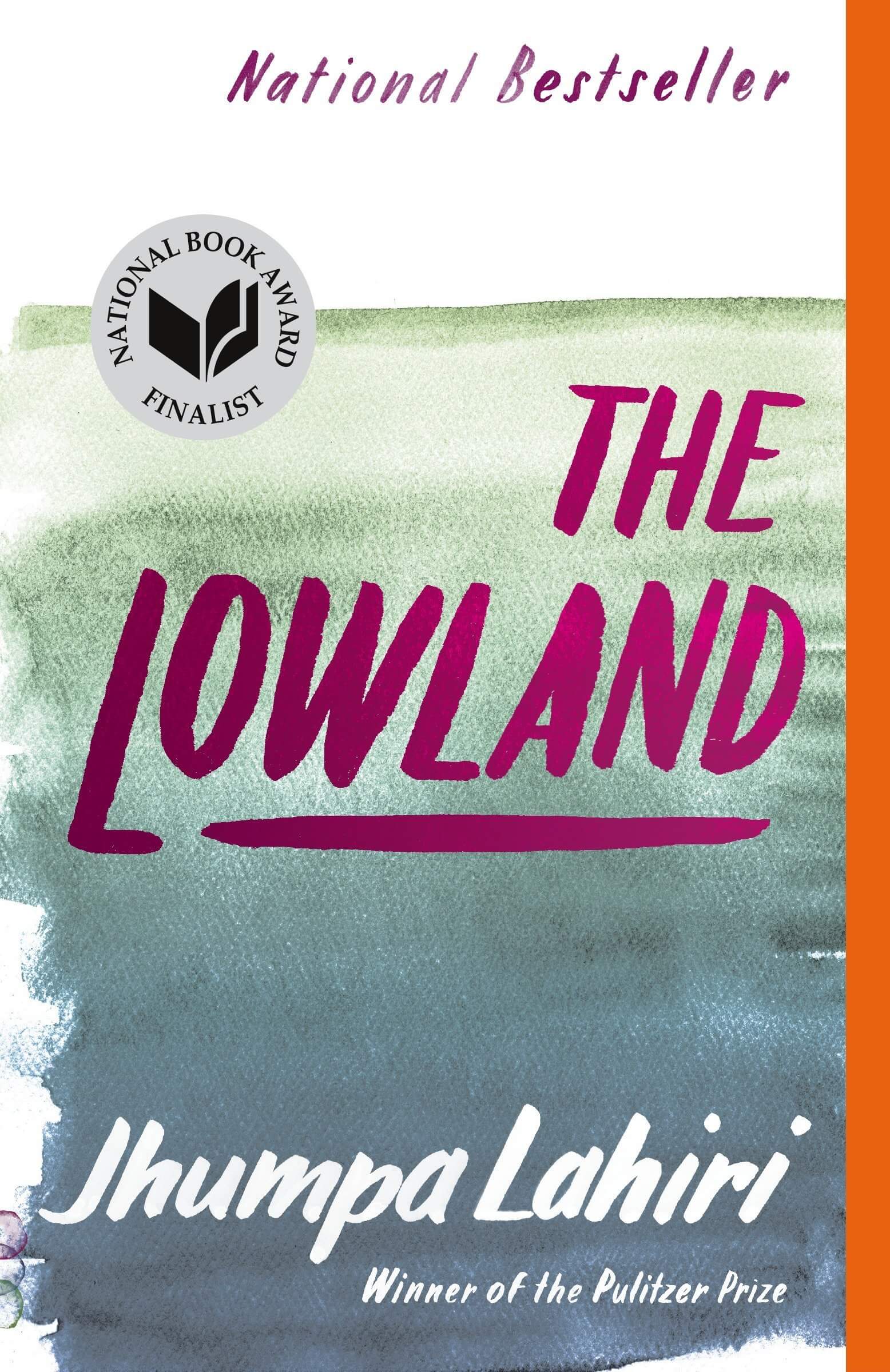 The Lowland: A Novel by Jhumpa Lahiri

I can feel my heart fold into itself whenever I think about this novel and Gauri, Udayan and Subhash. Udayan and Subhash are two brothers very close in age that grow up in Calcutta. Their closeness diminishes when Udayan, the younger brother, joins a political group in college that changes the course of all their lives. Reading Jhumpa Lahiri’s work was the first time I ever felt I had some kind of insight into what my parents might have endured coming to the United States. What Lahiri’s writing carries isn’t the general picture of what that might have been like but more so the details in everyday life, like what it was like finding the library for the first time or going grocery shopping or making a call. It’s in the details that I was able to see how the true culture shock my parents must have experienced through these characters. 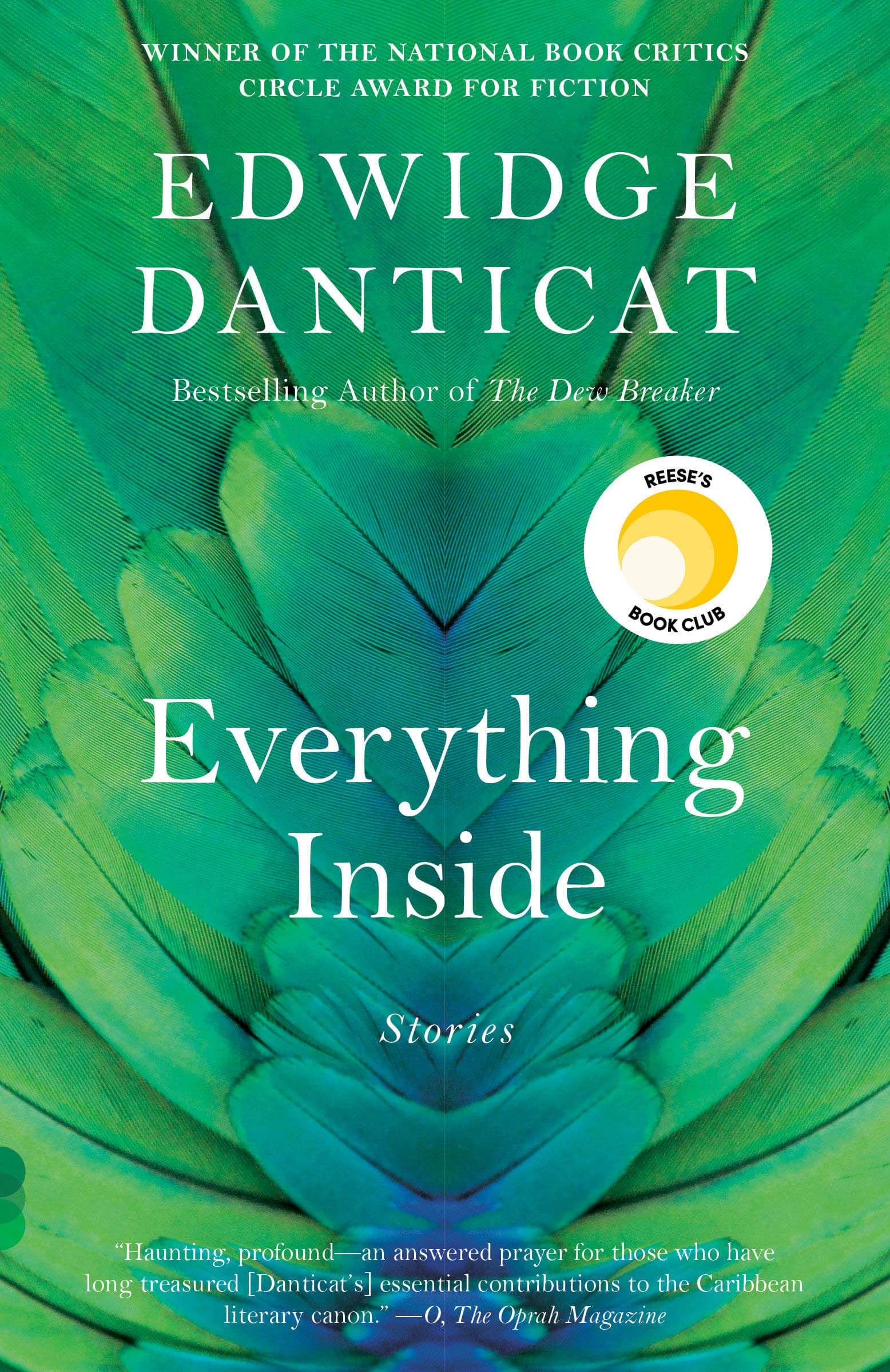 Everything Inside: Stories by Edwidge Danticat

This collection of stories covers themes of displacement, death, grief and love through the lens of Haitian women living in Miami and Port-au-Prince. There’s so much life to these words and stories that leap off the page and into your ears, making a home among your senses. Each story delivers such a unique reflection of large and small moments the women in these stories endure. It would be difficult to select just one story as each haunts in very different ways. One story vividly brings to light the inevitable fact of the full circle of life- death that often follows new life; another story takes a look at what death means to the one dying if we had insight into their thoughts. 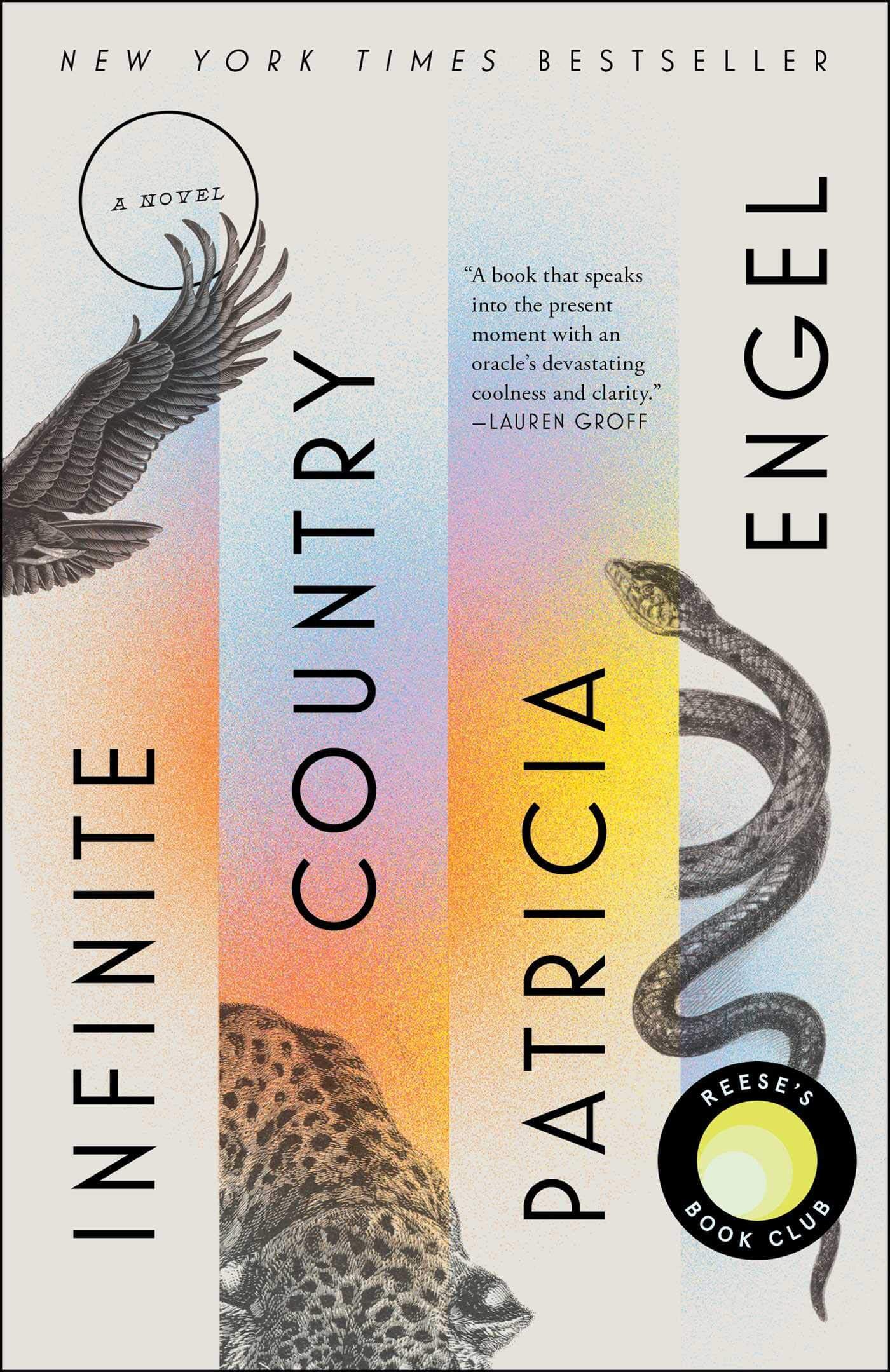 Set partly in Colombia, Infinite Country follows a family separated by distance and borders. This book personally felt so important to me because it was the first time I read a novel that centered a mixed-status family: some siblings and parents with Undocumented status in the United States while others are citizens. The dialogue from each character reflecting and worrying about how their status impacts their family is such an important illustration of the many families that currently live in the United States under the same circumstances. Gorgeously descriptive and moving this novel is another book that belongs in the fabric of American literature.

Here are 10 books that capture the AAPI experience >>