Every year thousands of our readers vote for their favorite books of the year in the She Reads Best of 2021 Awards. Find out more about the books that were nominated and see which book was voted the Best Fantasy & Magical Realism Book of 2021. 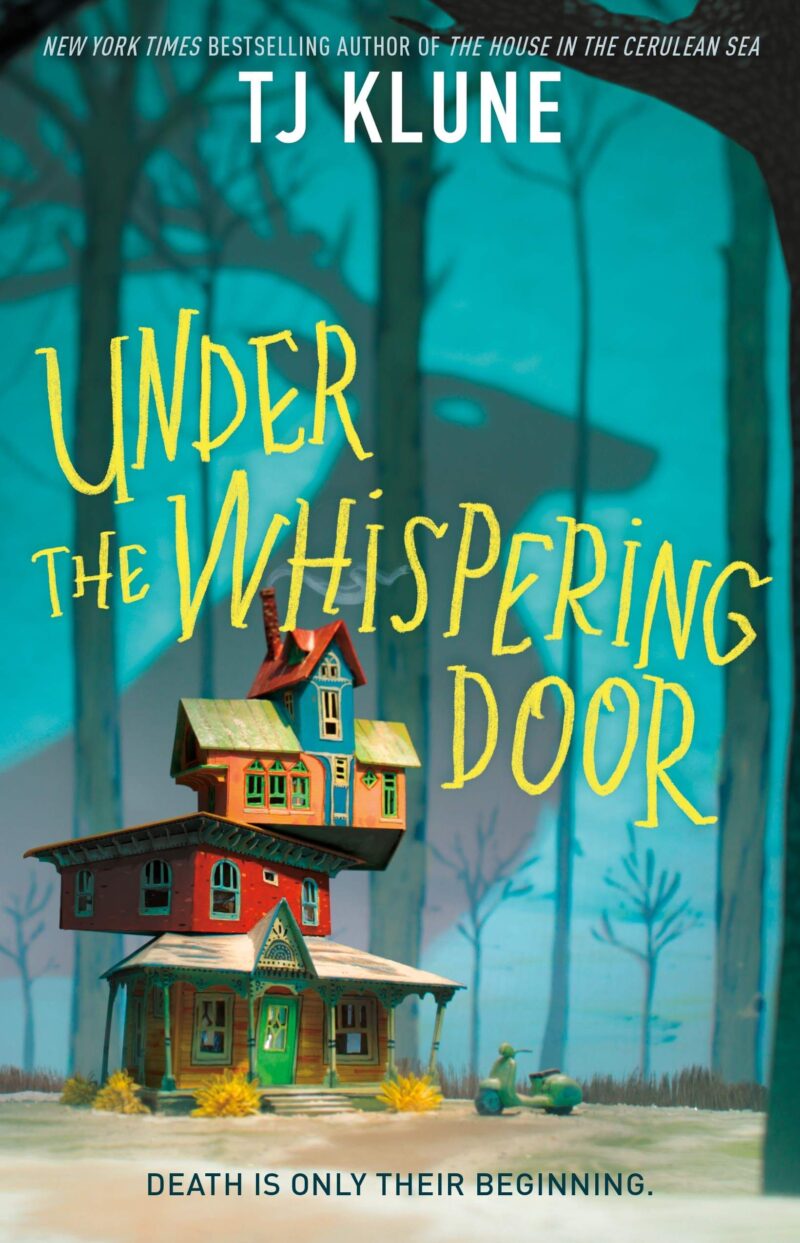 Under the Whispering Door by T.J. Klune

Wallace suspects he might be dead when a reaper comes to collect him from his own funeral. He feels it’s a for-sure thing when Hugo, the owner of a peculiar tea shop, offers to help him cross over. With one week to cross over, Wallace decides to live the life he’s barely started living … in seven days. Under the Whispering Door is a delightfully uplifting queer love story you won’t want to miss.

The nominees for Best Fantasy & Magical Realism Book of the Year are: 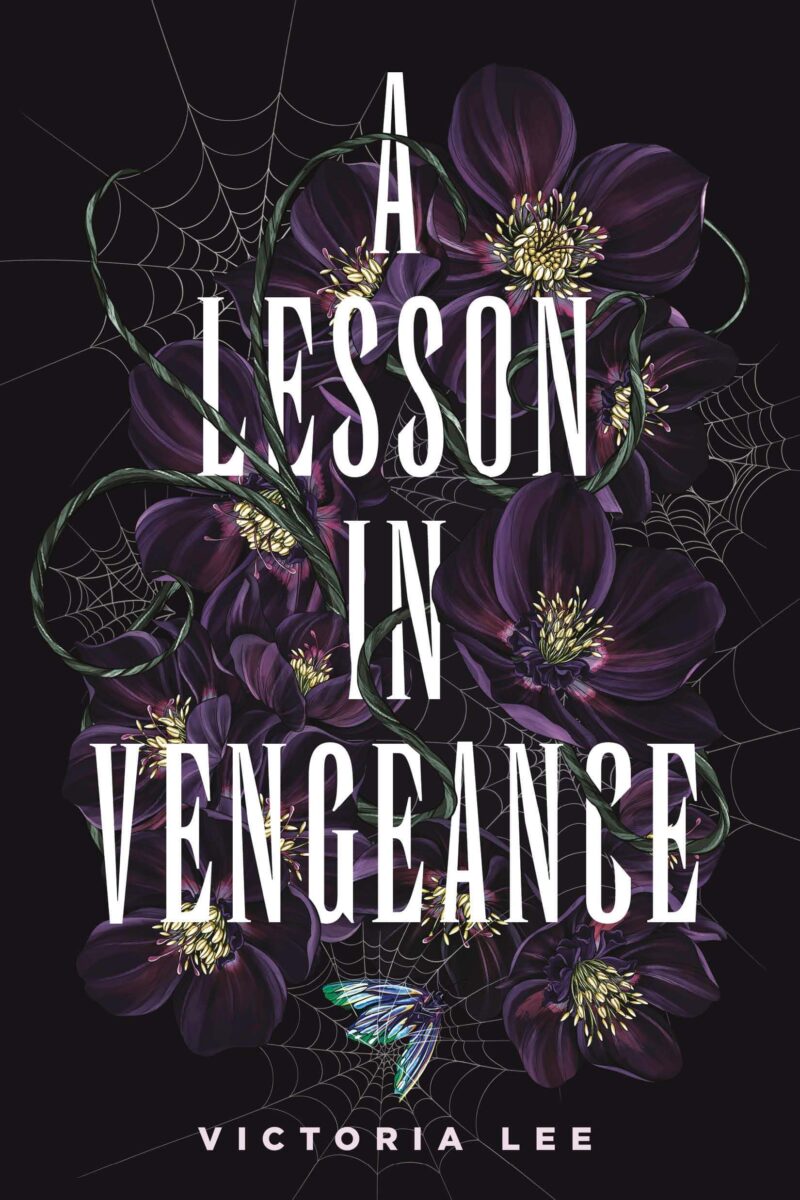 A Lesson in Vengeance by Victoria Lee

A haunting tale perfect for fans of dark academia, A Lesson in Vengeance follows Felicity as she returns to the Dalloway School for her senior year. Her dormitory in the ivy-covered boarding school is rumored to be haunted by by the spirits of five Dalloway students some claim were witches, girls that all died mysteriously on school grounds. When the magnetic new student Ellis asks Felicity to help her research the Dalloway five, Felicity can’t say no. But as the two start to dig up secrets, history begins to repeat itself. 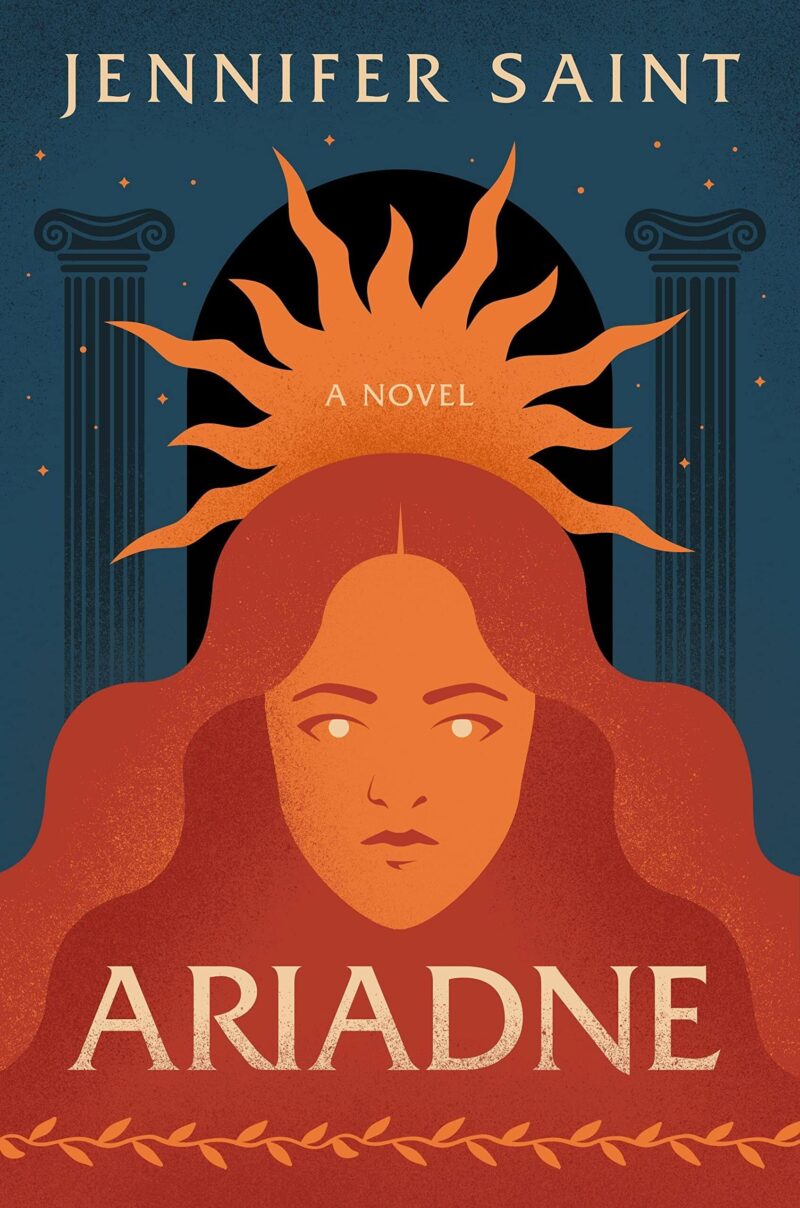 Ariadne, Princess of Crete, grows up listening to her nursemaid’s stories of gods and heroes, but beneath her golden palace echo the hoofbeats of her brother, the Minotaur. When Theseus, Prince of Athens, arrives to vanquish the beast, Ariadne sees in his green eyes not a threat—but an escape. Perfect for fans of Madeline Miller’s Circe, Ariadne also brings the forgotten women of Greek mythology back at the heart of the story. 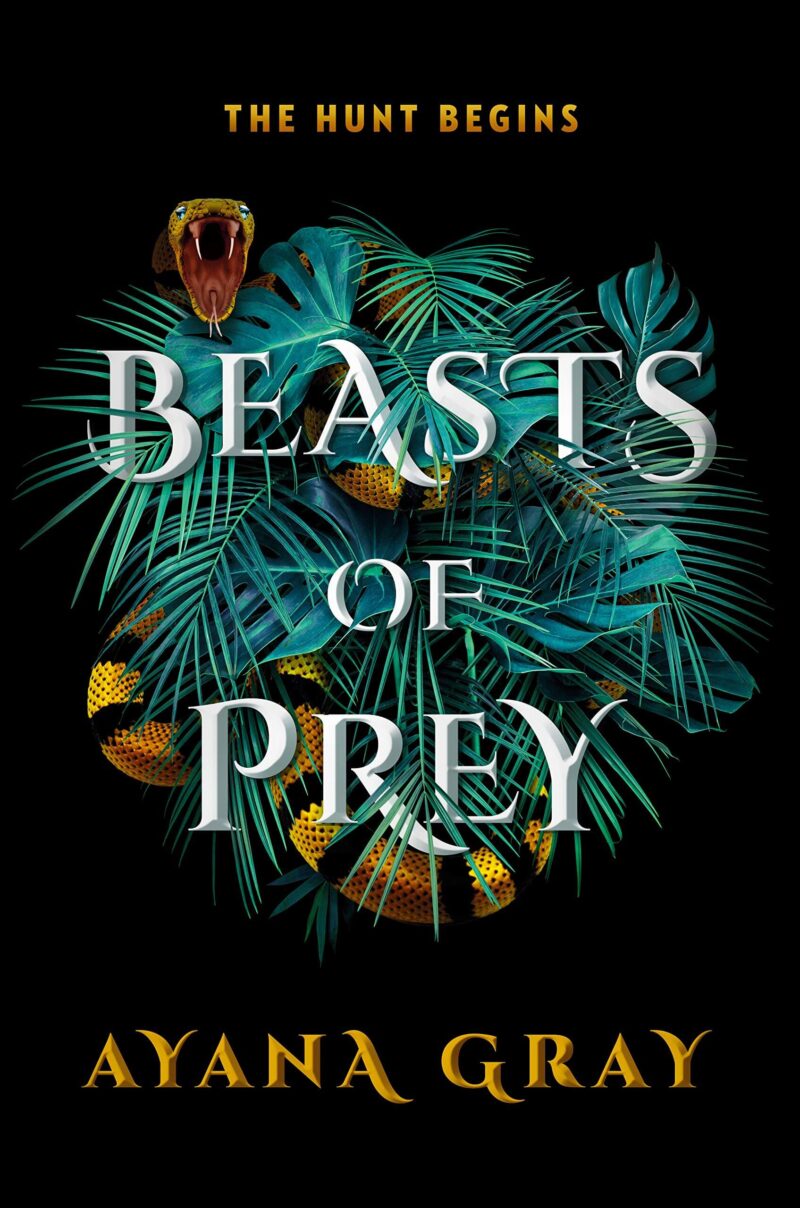 Beasts of Prey by Ayana Gray

Obligated to help pay off her family’s debts, sixteen-year-old Koffi spends her days working at the menacing Night Zoo in the dilapidated city of Lkossa. When the zookeeper threatens to harm Koffi’s loved ones, she taps into powers that she didn’t even know she had. As the second son of a decorated hero, Ekon is all but destined to become an elite warrior. When he encounters not only the Shetani–a vicious monster that plagues the city–but Koffi, who seems to have the power to ward off the beast, Koffi’s power ultimately saves Ekon, but he dooms his hopes of becoming a warrior. The two teens form a tentative alliance to hunt the Shetani and together they enter the Greater Jungle, a world steeped in wild, frightening magic and untold dangers. 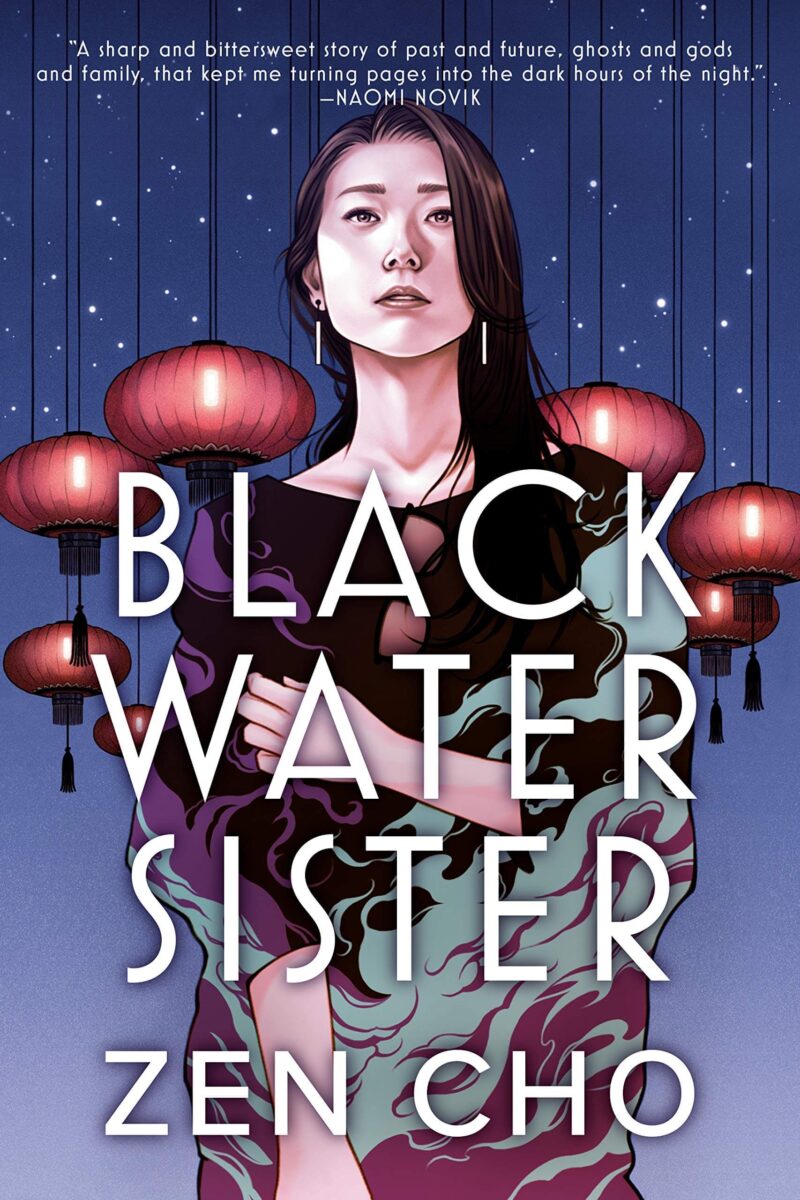 Jessamyn Teoh is down on her luck when she starts hearing voices in her head and assumes it’s just stress getting to her. But when the voice doesn’t go away, she realizes it’s the ghost of her estranged grandma. Ah Ma lived her life as an avatar of the Black Water Sister deity and roamed the earth as a spirit medium. Now she wants to use Jess to get even with someone who has offended the god, whether Jess likes it or not. 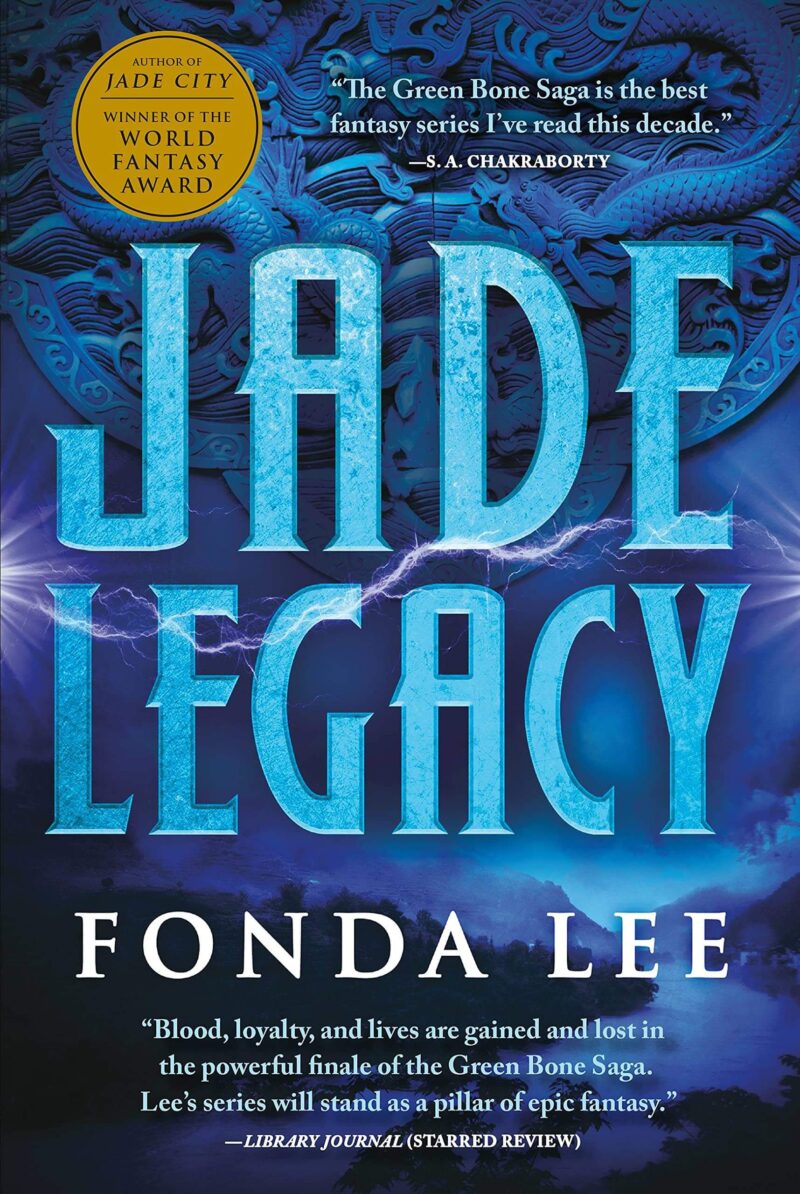 Jade, the mysterious and magical substance once exclusive to the Green Bone warriors of Kekon, is now coveted throughout the world. In the page-turning conclusion to the Green Bone Saga, the struggle over the control of jade grows ever larger and more deadly, and the Kaul family must battle rival clans for honor and control over the nation they are sworn to protect. 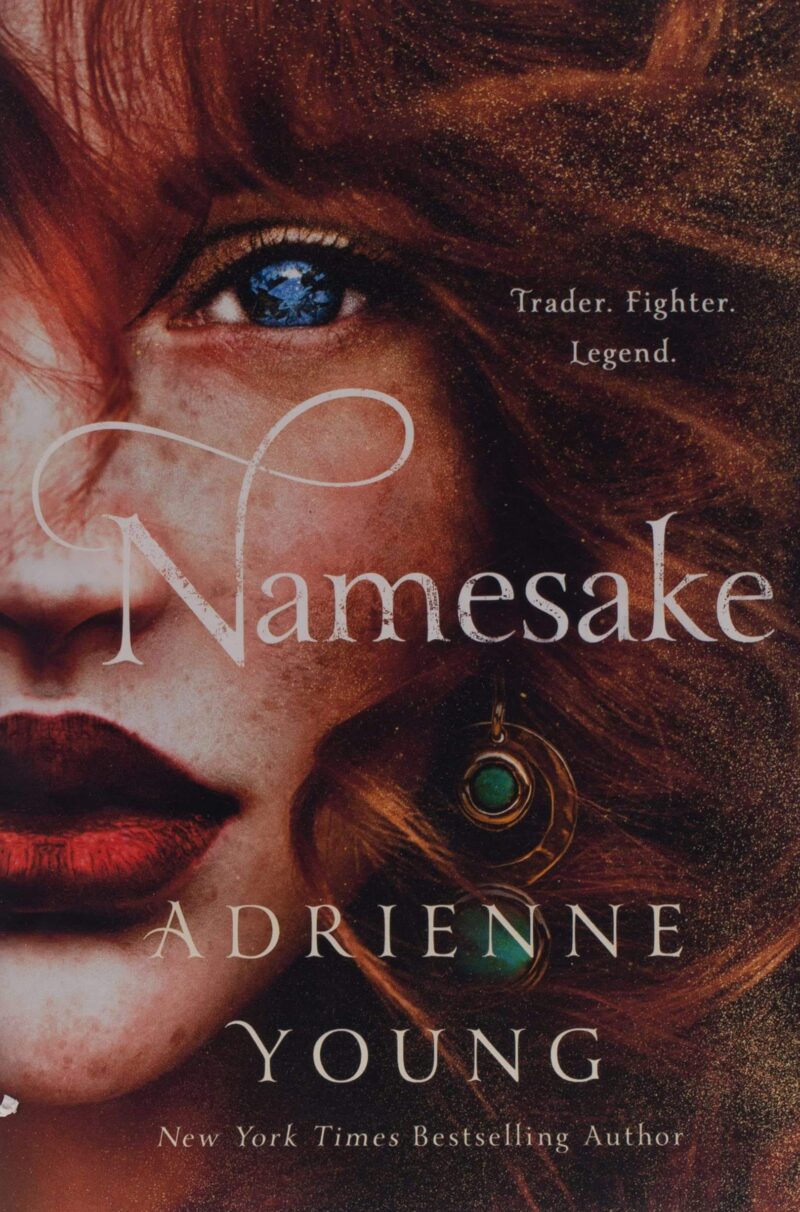 Freedom is sometimes short-lived. In the captivating conclusion to the duology, Fable descends deeper into a world of betrayal and deception, where she learns that the secrets her mother took to her grave are now putting the people Fable cares about in danger. If Fable is going to save them then she must risk everything, including the boy she loves and the home she has finally found. 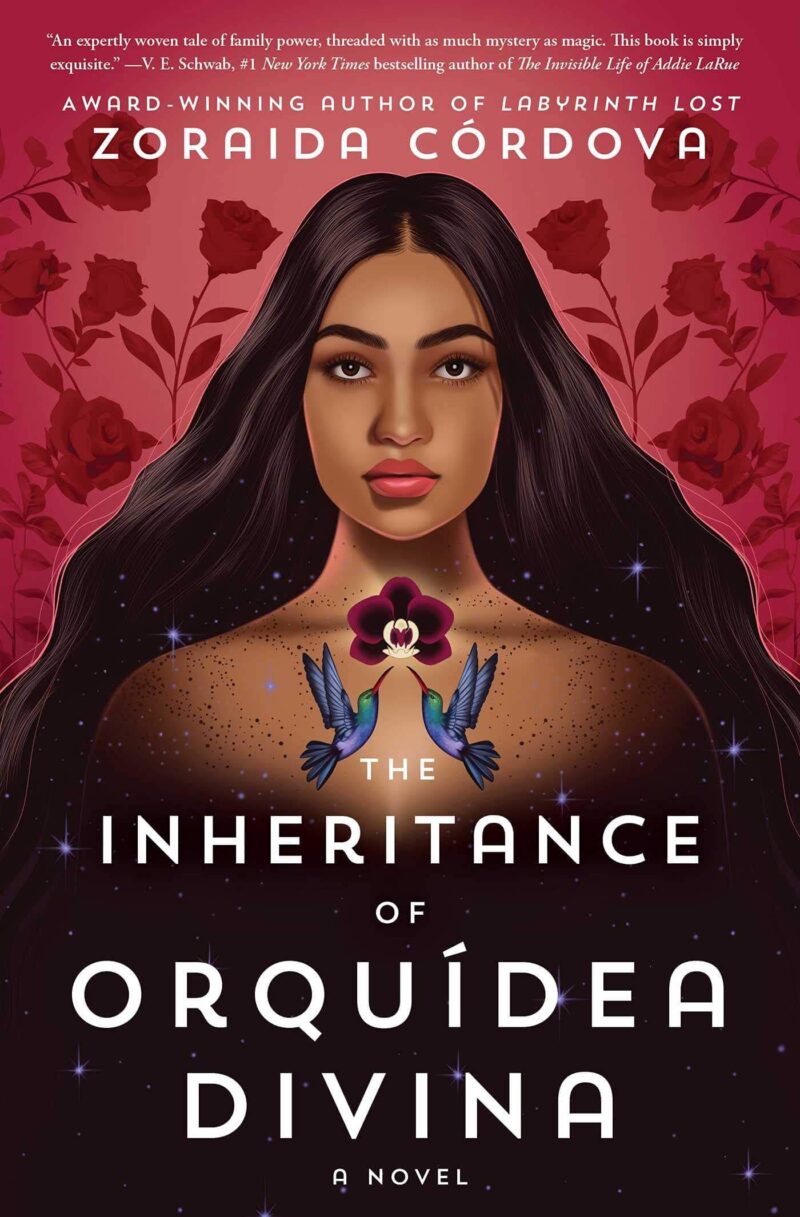 The Inheritance of Orquídea Divina by Zoraida Córdova

The Montoyas are used to a life without explanations. They don’t ask questions, partly because they know better and also because there have never been any definitive answers. But when the matriarch of the family, Orquídea Divina, invites them to her funeral to collect their inheritance, they hope to learn the secrets that she has held onto so tightly their whole lives. Seven years later, looking to uncover the truth behind their inheritance, her descendants travel to Ecuador, the place where Orquídea buried her secrets and never looked back. Alternating between Orquídea’s past and her descendants’ present, The Inheritance of Orquídea Divina is a spellbinding tale you won’t want to miss. 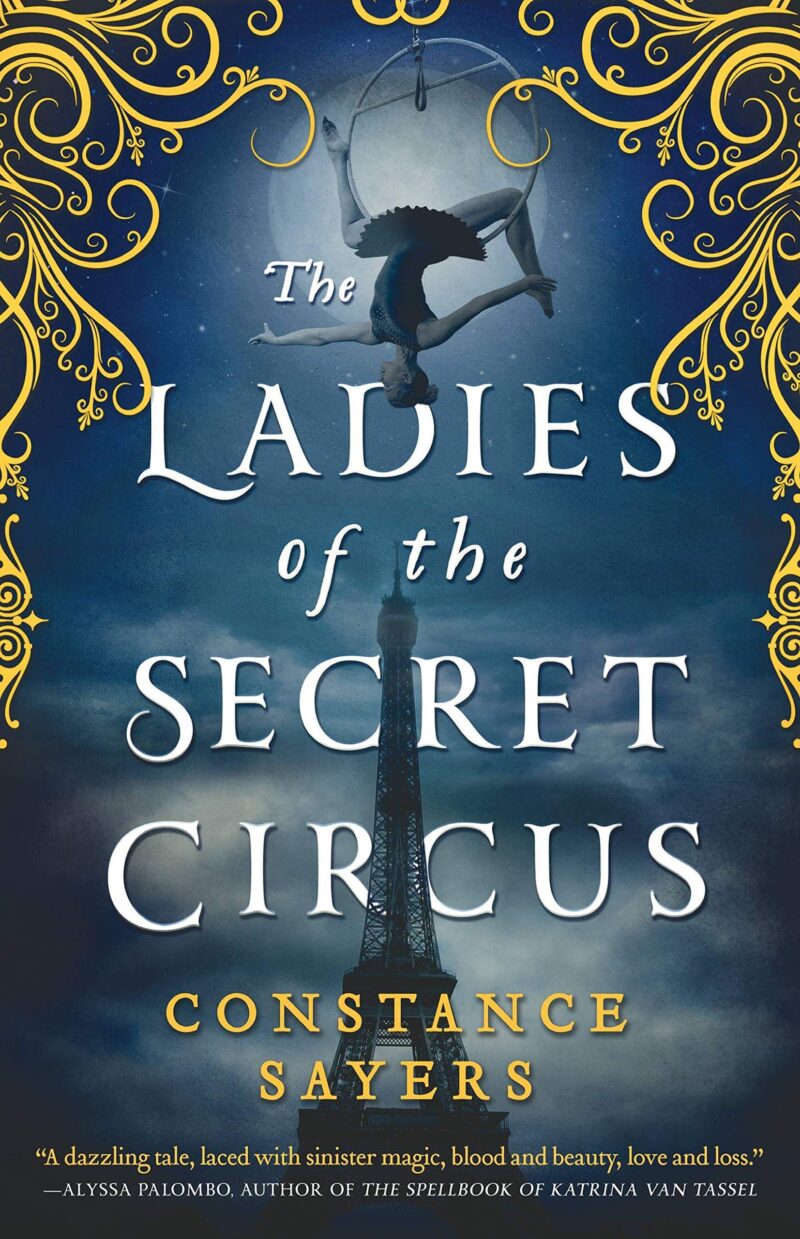 The Ladies of the Secret Circus by Constance Sayers

The Secret Circus in Paris is a wondrous world of magic for Cecilie Cabot in 1925—but that all changes when she embarks on a dangerous love affair. In 2014, the fiancé of Lara Barnes disappears on their wedding day. So she looks to her great-grandmother’s journals for answers. In the journal lie family secrets and the trick to reveal a family curse that may be tied to her fiancé’s fate. 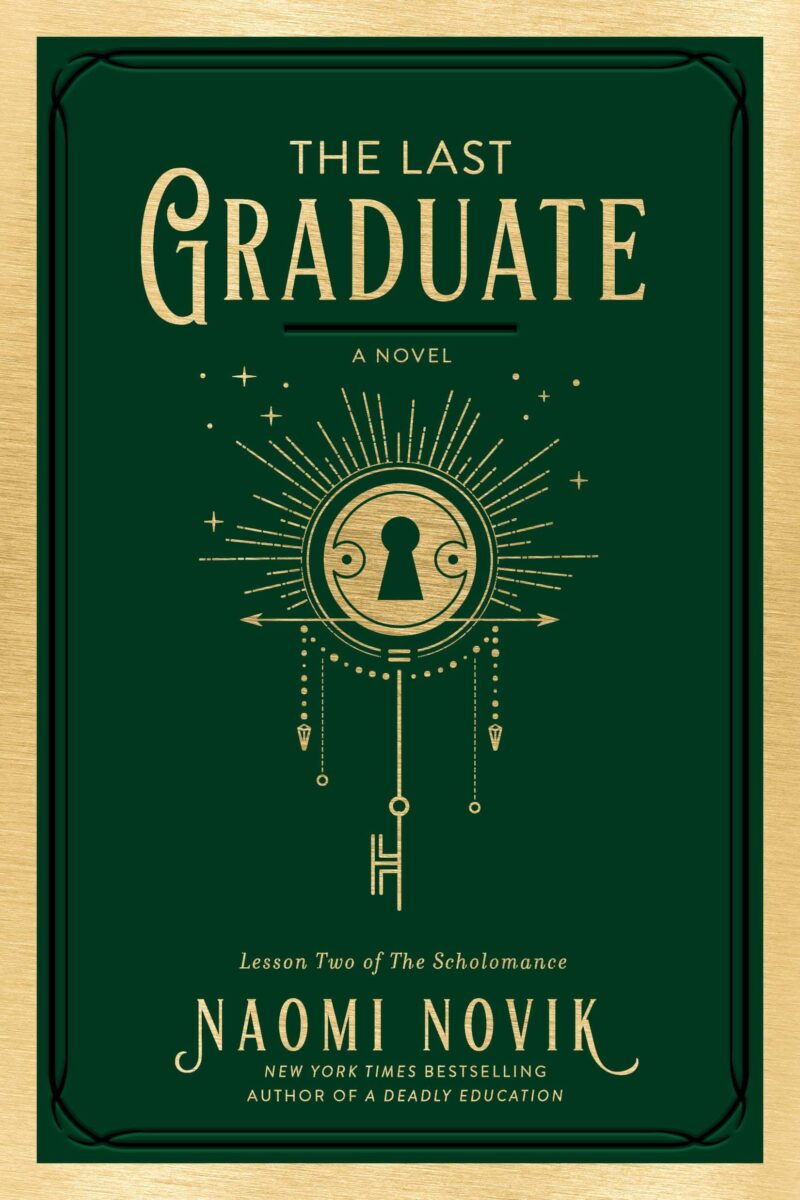 The Last Graduate by Naomi Novik

In the stunning sequel to A Deadly Education, a young sorceress returns to Scholomance, a school of dark magic, for her senior year. As she protects the handful of allies she has won from a school that does its best to devour all its students, she must also continue to defy her foretold destiny of dark sorcery and destruction. Or does she? 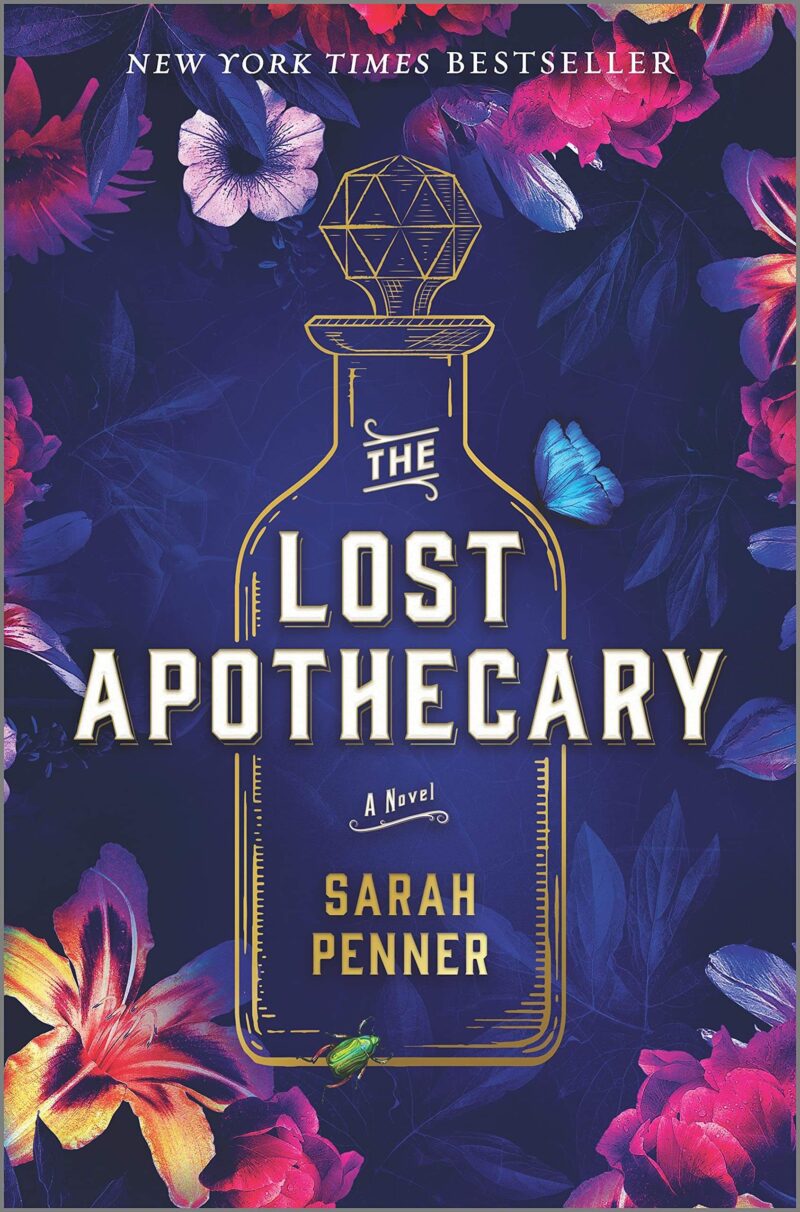 This intoxicating novel will have you sucked in within the first few pages. Centering around a secret apothecary shop in eighteenth-century London, the store attracted women who would seek out Nella’s concoctions in revenge against oppressive men in their lives. But one vital mistake could put everyone Nella has helped at risk. Meanwhile in present-day London, aspiring historian Caroline Parcewell stumbles upon a clue to the unsolved apothecary murders that haunted London two hundred years ago, and her life collides with the apothecary’s in a stunning twist of fate. 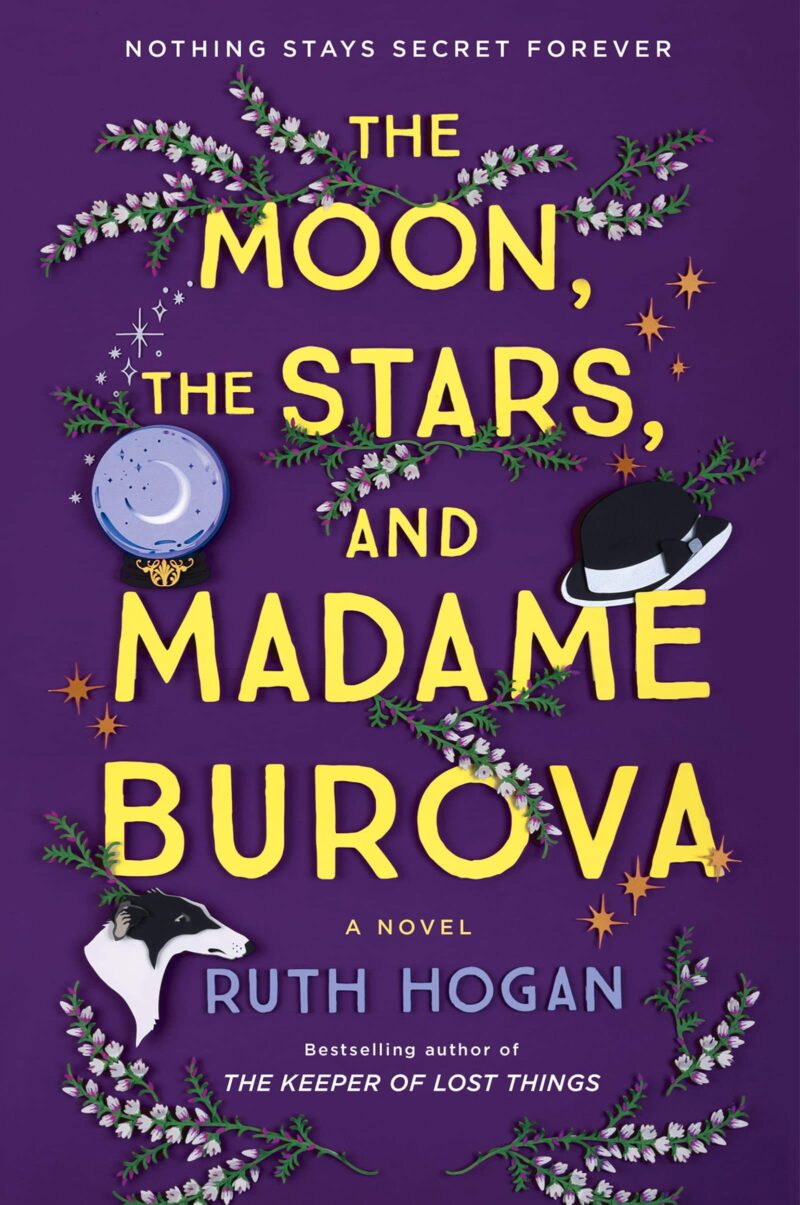 The Moon, The Stars, and Madam Burova by Ruth Hogan

Madame Burova, beloved Tarot reader, palmist and clairvoyant, is retiring. She has spent her life on the Brighton pier practicing her trade. Now, after a lifetime of keeping other people’s secrets, Madam Burova is ready to have a little piece of life for herself—but she still has one last promise to fulfill. In London, it is time for another woman to make a fresh start. When a sudden and unlikely discovery leaves Billie questioning her very identity, she follows a trail that leads to Brighton, the pier, and directly to Madame Burova’s door. This uplifting story with a hit of magic is a delightful book to immerse yourself in for an afternoon.