Every year thousands of our readers vote for their favorite books of the year in the She Reads Best of 2021 Awards. Find out more about the books that were nominated and see which book was voted the Best Young Adult Book of 2021. 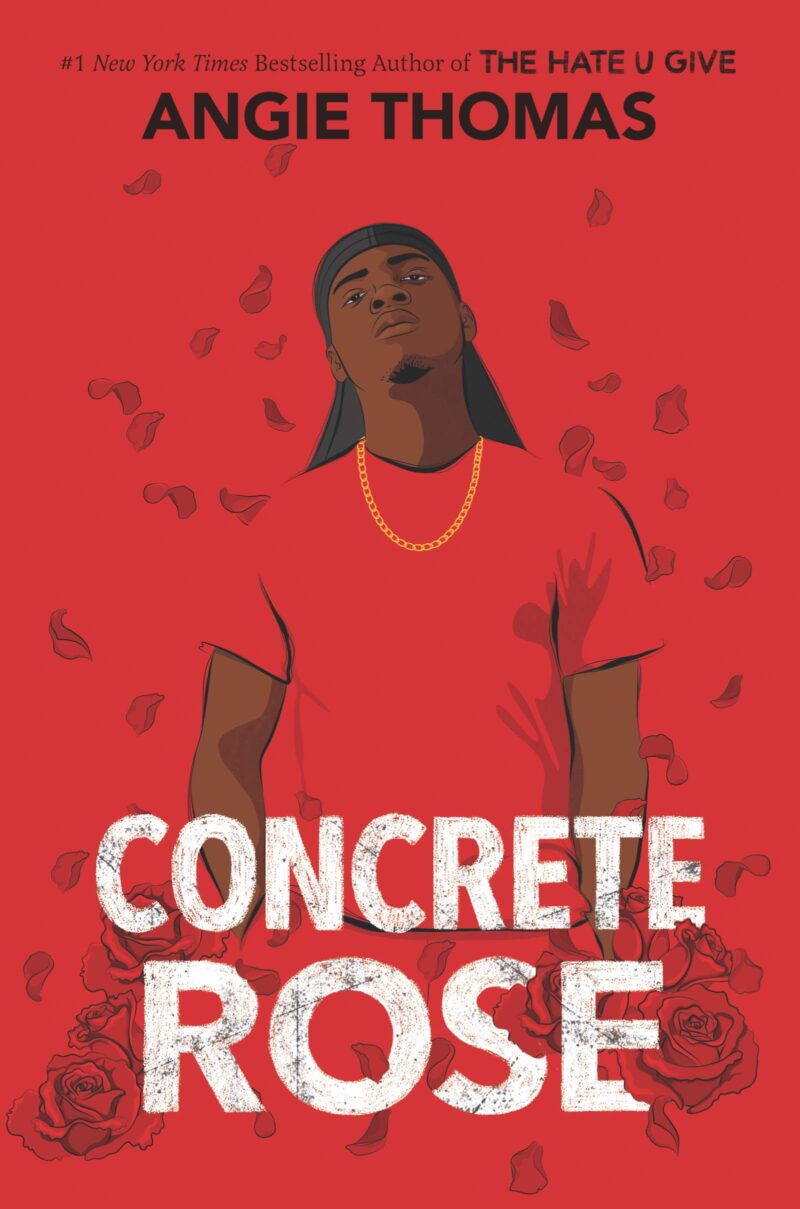 Author Angie Thomas travels back seventeen years before the events of her renowned book The Hate You Give to bring us this prequel, offering a raw and poignant portrait of Black boyhood and manhood. Maverick Carter knows a real man takes care of his family, but he also knows to survive in his neighborhood, there’s one way: by working with the King Lords gang. By doing so he can make money to help his mom. But then Maverick discovers he is going to be a father, and with little Seven suddenly depending on him for everything, Maverick realizes he has to make some major decisions when it comes to raising a child, trying to finish school, and deal drugs for a living. So when Maverick is offered a chance to go straight, he takes it—but in the world of gangs, it isn’t that easy to walk away.

The nominees for Best Young Adult Book of 2021 are: 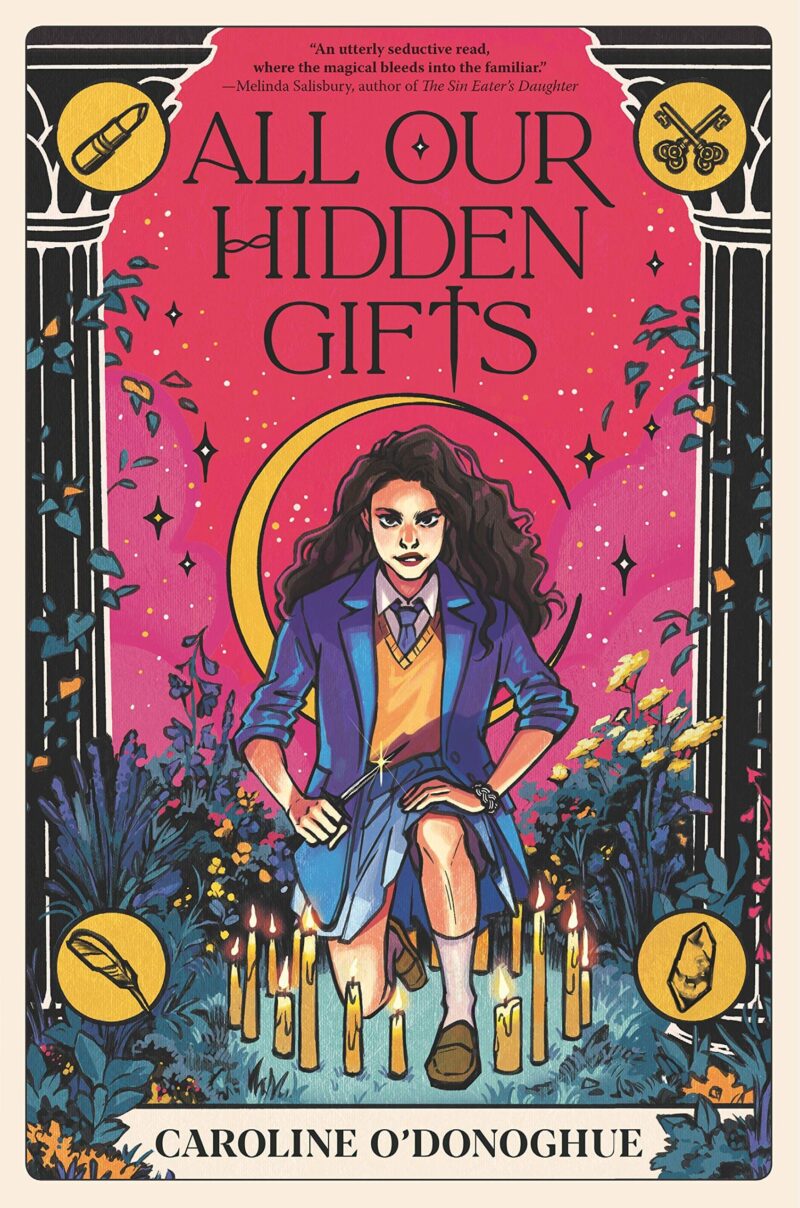 All Our Hidden Gifts by Caroline O’Donoghue

After Maeve finds a pack of tarot cards at school, her tarot readings make her the talk of the school. But when Maeve’s ex-best friend, Lily, draws an unsettling card called The Housekeeper that Maeve has never seen before, she vanishes without a trace. Now Maeve must dive deeper into the cards than ever before to find out what happened. 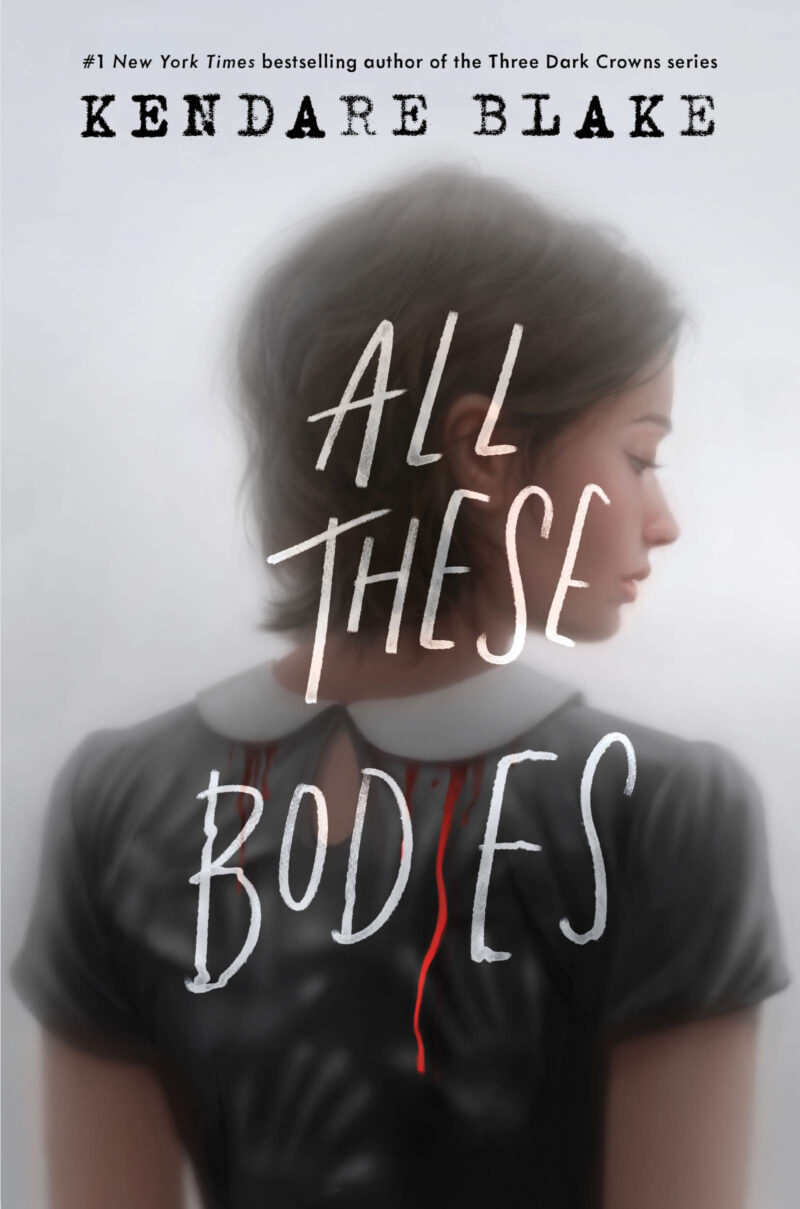 All These Bodies by Kendare Blake

In 1958, a serial killer is terrorizing the Midwest, leaving a trail of bodies in their wake that have all been drained of blood. Michael Jensen is an aspiring journalist whose father is the town sheriff when the Bloodless Murders arrive in his own town, where a family is murdered and a fifteen-year-old girl is found at the scene, covered in blood. As the main suspect, she declares Michael is the only one she will tell what happened that night—and it now falls to Michael to discover the truth. 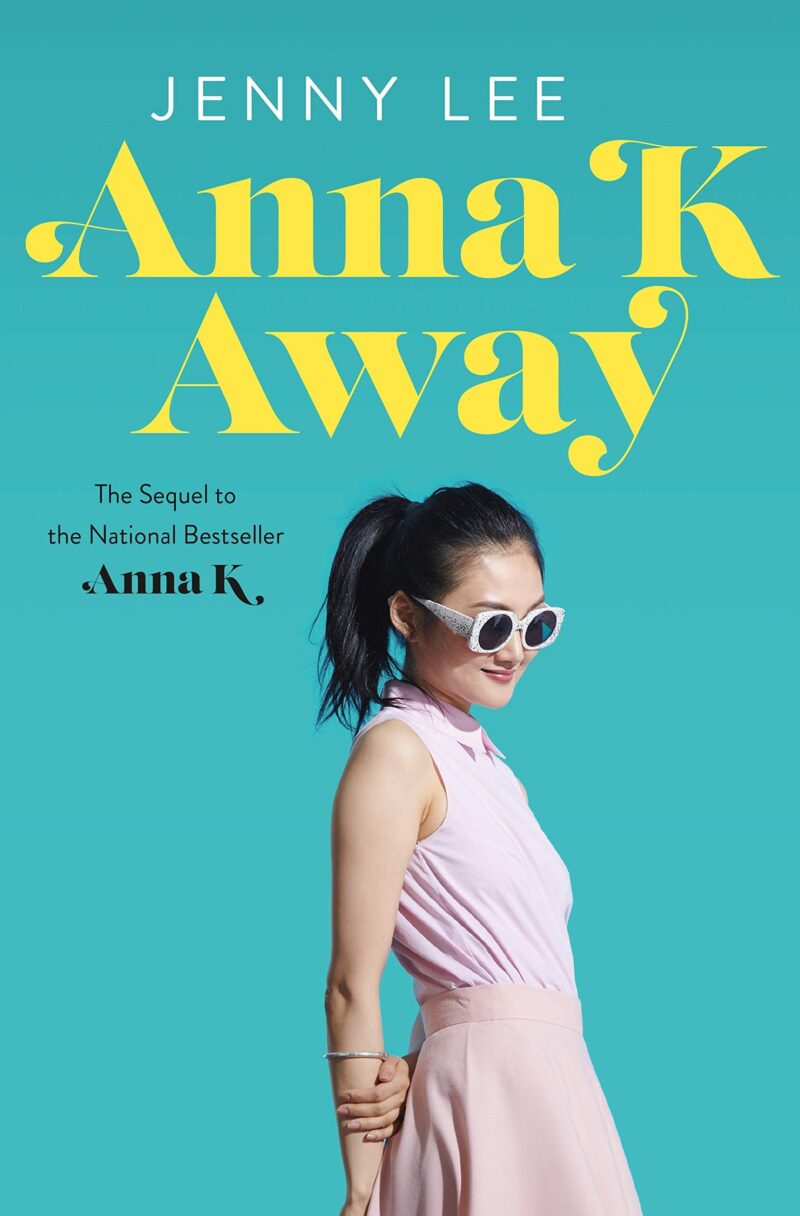 Anna K. Away by Jenny Lee

After Anna K, a read described as Crazy Rich Asians meets Gossip Girl, it’s no wonder readers needed a mother fix with the follow up Anna K. Away! Anna K., Lolly, Kimmie and Bea are taking on the consequences of scandal, betrayal, consequences, love and grief. This sequel to the famous coming-of-age series will answer questions about forgiveness and bring the group closer before the next school year. 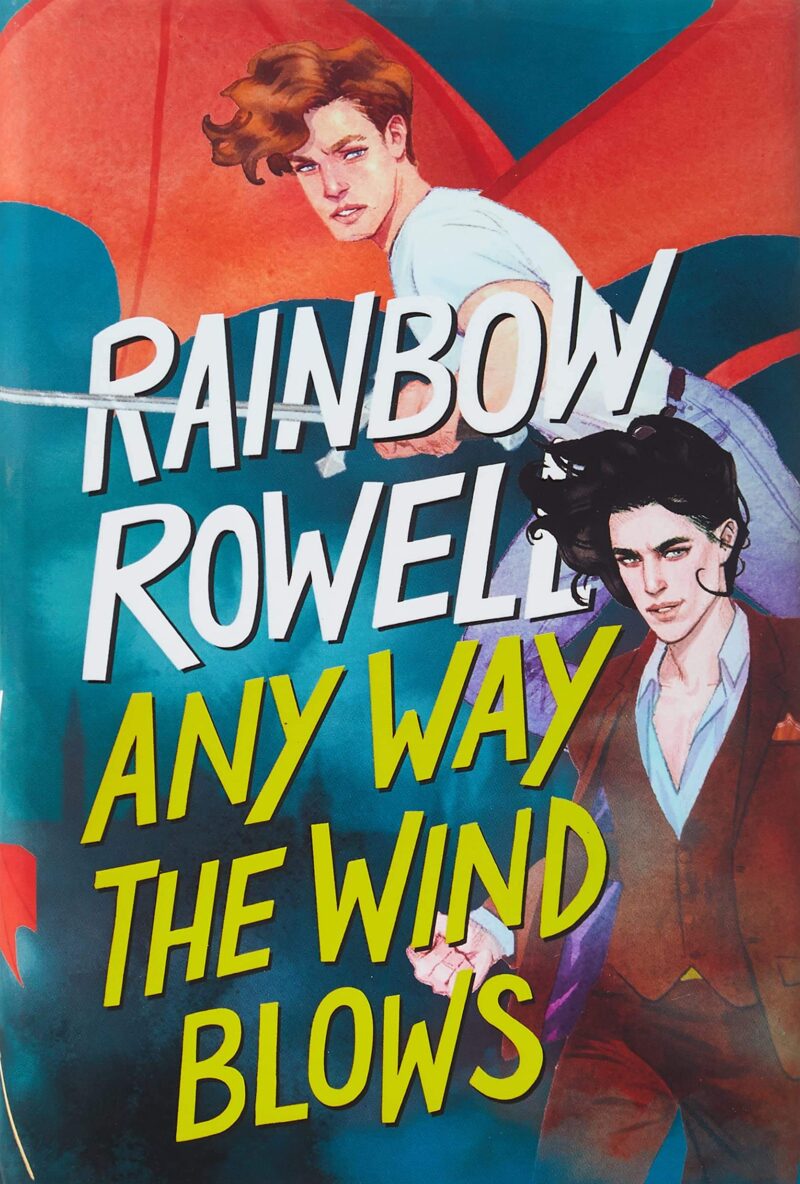 Any Way the Wind Blows by Rainbow Rowell

Best-selling author Rainbow Rowell’s epic the Simon Snow trilogy fantasy comes to a conclusion with Any Way the Wind Blows. The friends Simon, Baz, Penelope and Agatha have to decide how to move forward in this finale. The gang is headed back to England, back to Watford, and back to their families for their longest and most emotionally wrenching adventure yet. Secrets are told, questions are answered, and ghosts can finally rest. 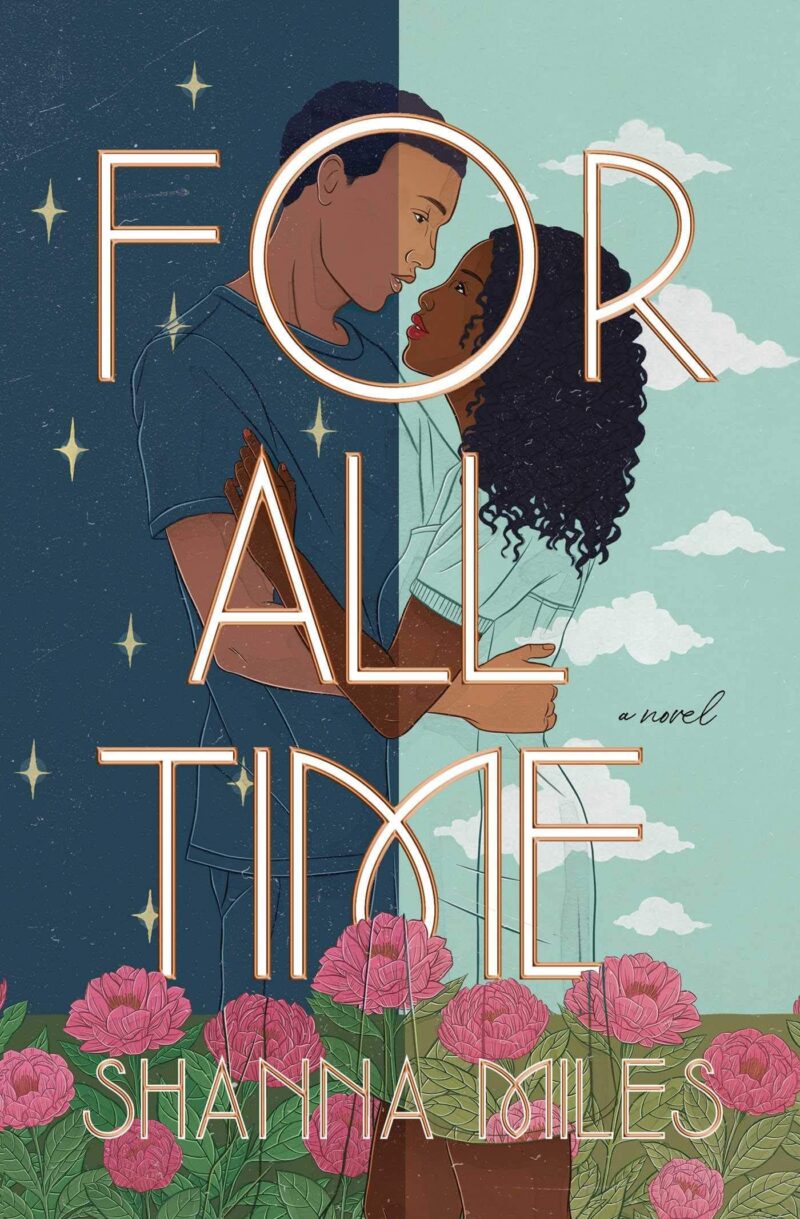 For All Time by Shanna Miles

In this debut described as The Sun Is Also a Star meets Outlander, Tamar and Fayard have a one-of-a-kind love; they’re like an old married couple without ever growing old. They’ve lived a thousand lives as musicians, warriors, pioneers, hustlers, survivors. They have fought their whole lives to be together, one love story after another, but their one concern is they never get to see how their story ends. Until now, when they discover what it takes to break the cycle, and what sacrifices they will have to make. 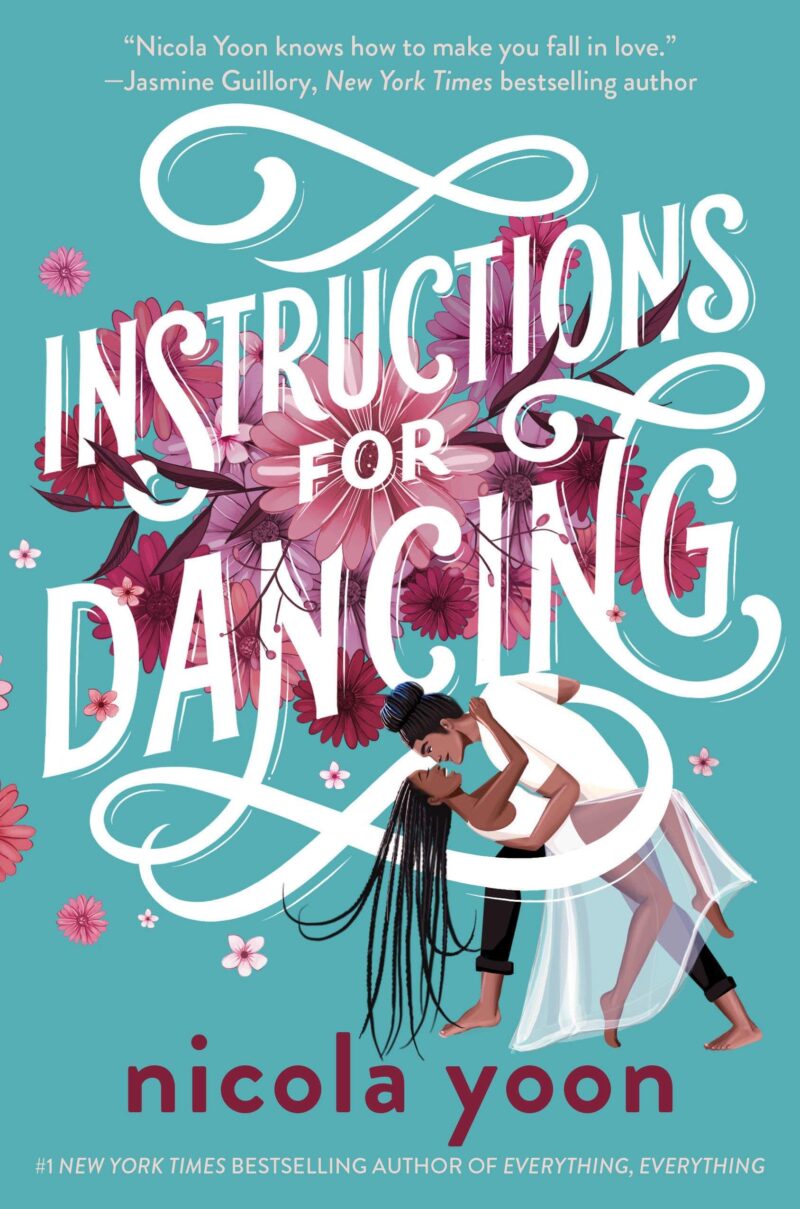 Instructions for Dancing by Nicola Yoon

This is a swooning love story about Evie, who can see other people’s romantic fates. Except she doesn’t believe in love, especially after all the visions of heartbreak she sees. However, Evie might be questioning her outlook on love after meeting X … or will her fate with him end the same as everyone else’s? 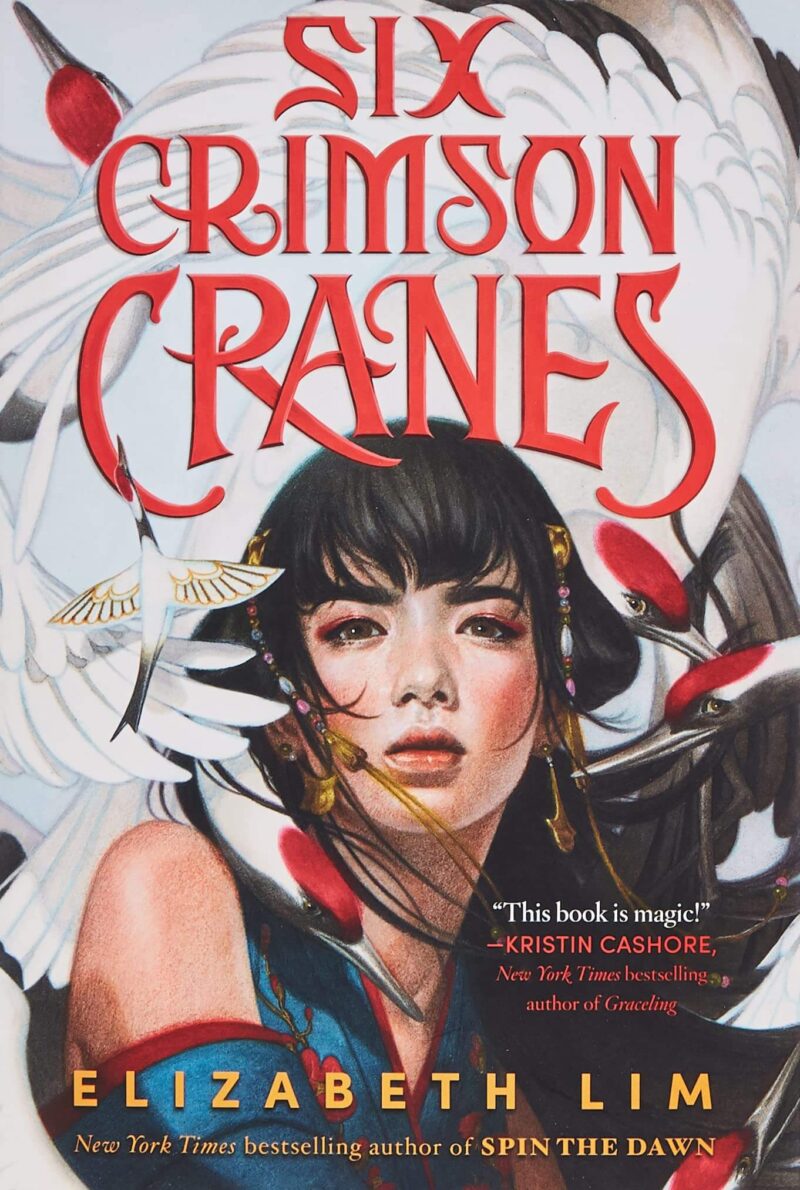 This novel is a combination of fairytales and fantasy like you’ve never seen before. Shiori’anma is a princess in exile, as forbidden magic runs through her veins. She is searching for her brothers, who have been enchanted into the form of cranes by her stepmother, and uncovers a dark conspiracy to seize the throne. 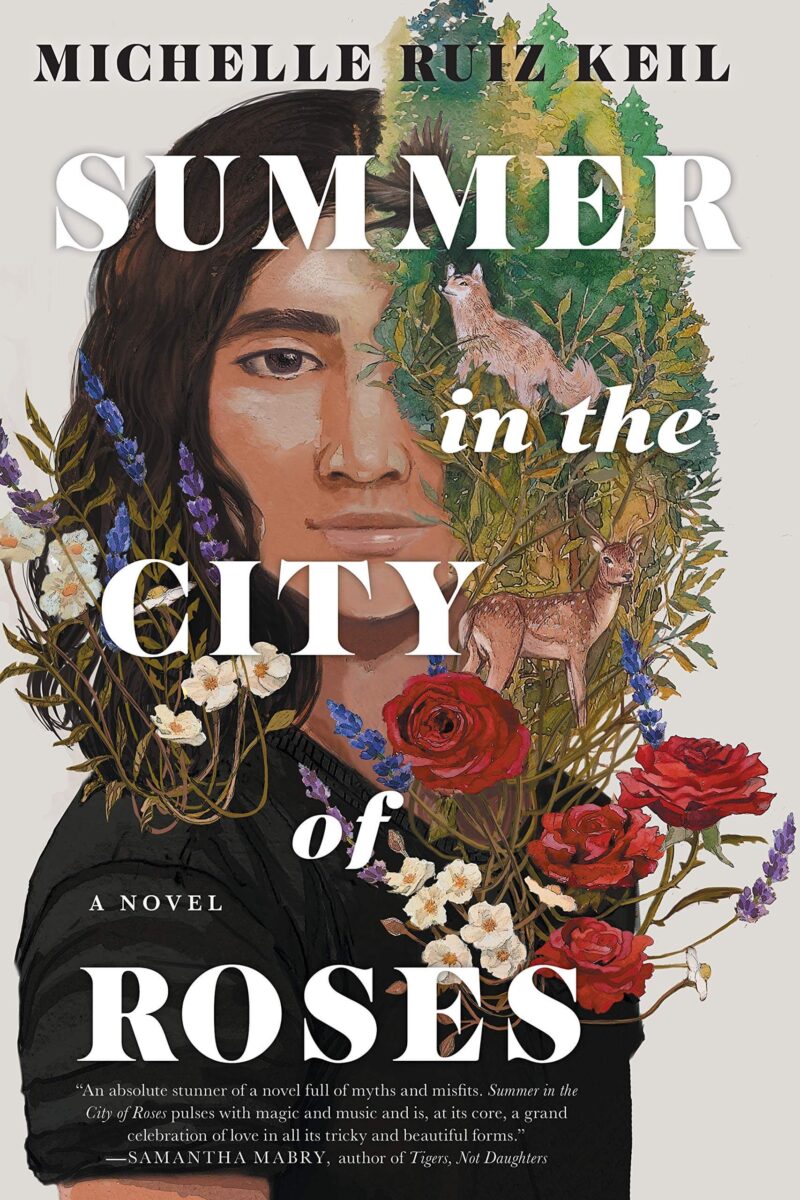 Summer In The City of Roses by Michelle Ruiz Keil 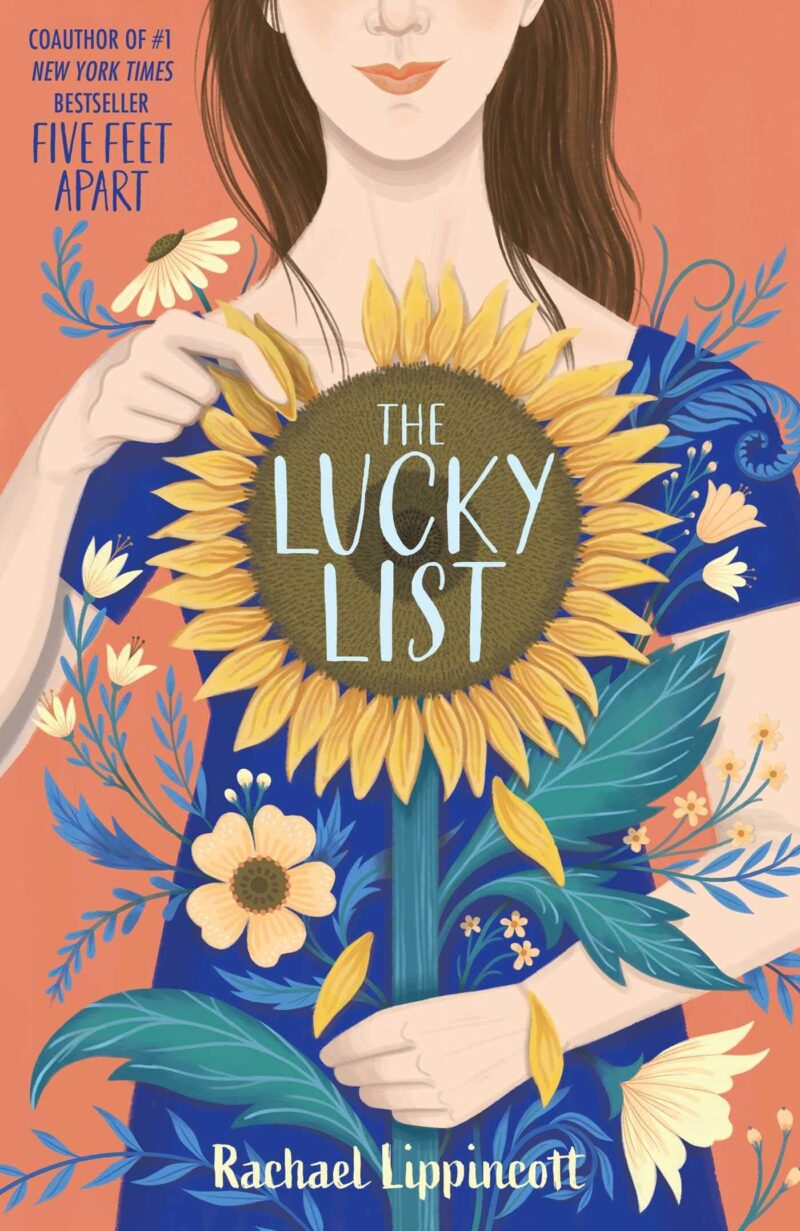 Emily and her mom were always lucky. But Emily’s mom’s luck ran out three years ago when she succumbed to cancer. Now, the summer before her senior year, Emily finds herself lost when her father sells her childhood home and she and her boyfriend (who her mother loved) break up. The only connection she has left to her mom is her lucky quarter. Its seems like the only one she can talk to is the new girl in town, Blake. Then Emily finds her mom’s senior year summer bucket list, and decides to embark on adventure to complete it before summer’s end, with Blake by her side. Suddenly Emily must face another fear: accepting the secret part of herself. 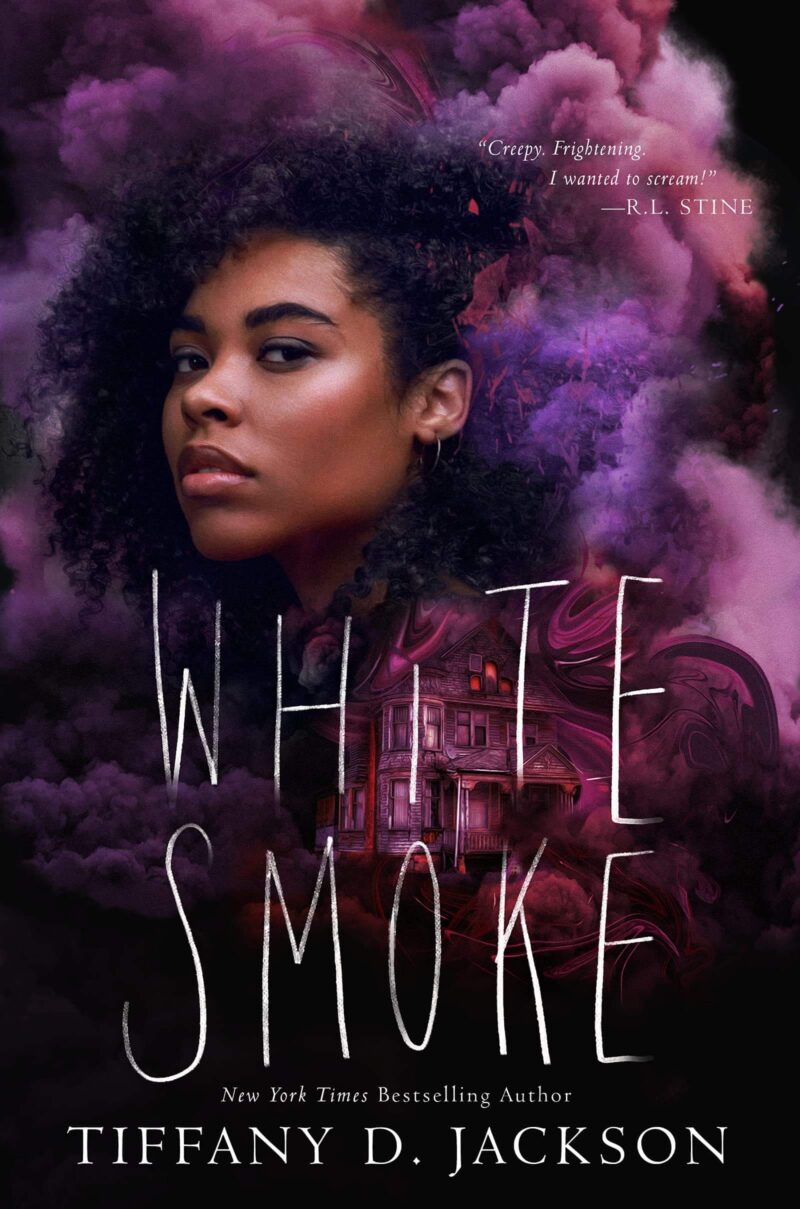 Marigold is more than happy to trade California beach life for a new beginning in the Midwestern city of Cedarville, but it doesn’t take long to realize that this house is haunted—doors closing on their own, things disappearing, and unexplained shadows. When Piper, Mari’s little sister, reveals that someone wants Mari gone, she is petrified that the ghosts from the past have followed her into the future. 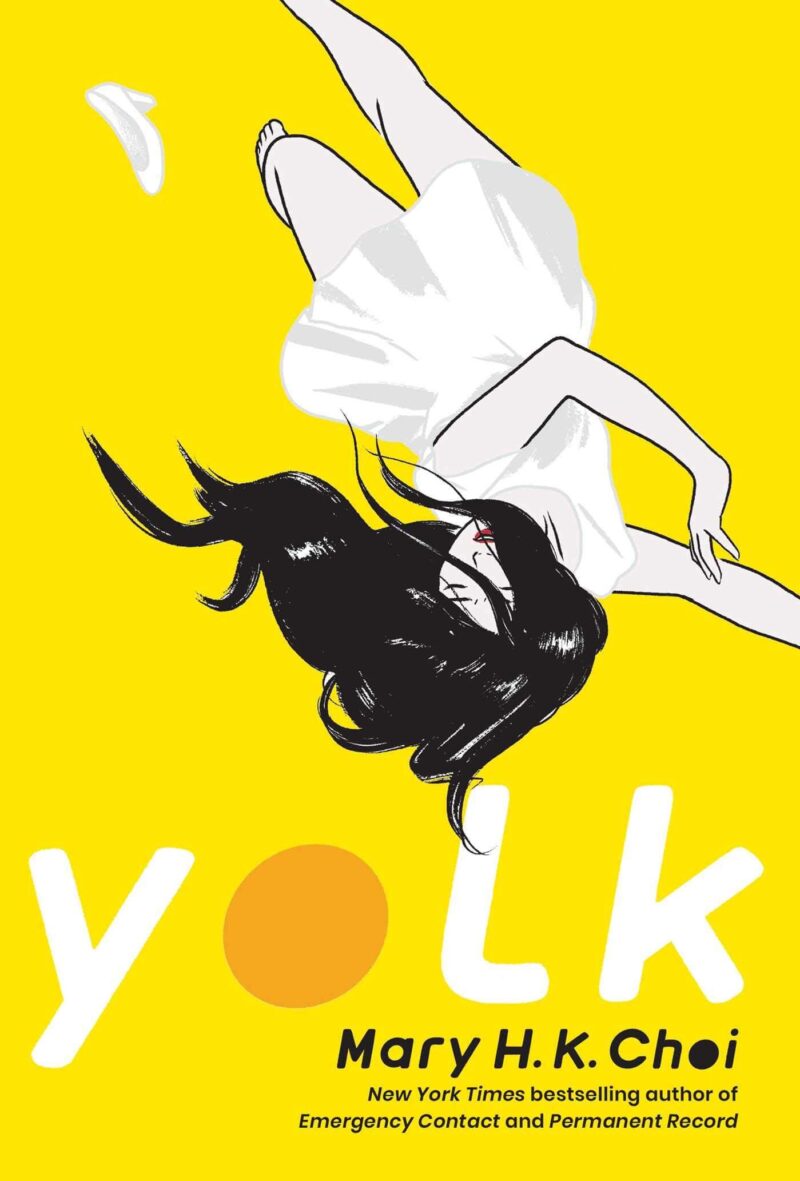 This comical yet deeply emotional story about two estranged sisters doesn’t disappoint. Jayne and June, once thick as thieves, moved from Seoul to San Antonio to New York together—but now they want nothing to do with each other. That is, until June gets cancer, and they have to decide how far they’ll go to save one of their lives—even if it means swapping identities.