Mythological stories have become an endless fascination for many generations. As they are retold and reimagined, we get to see age-old tales expressed with new perspectives. Whether you’re looking to enjoy nostalgia from your favorite characters or find inspiration to retell a myth yourself, experience a fresh take on life and culture with this subgenre of reimagined myths. 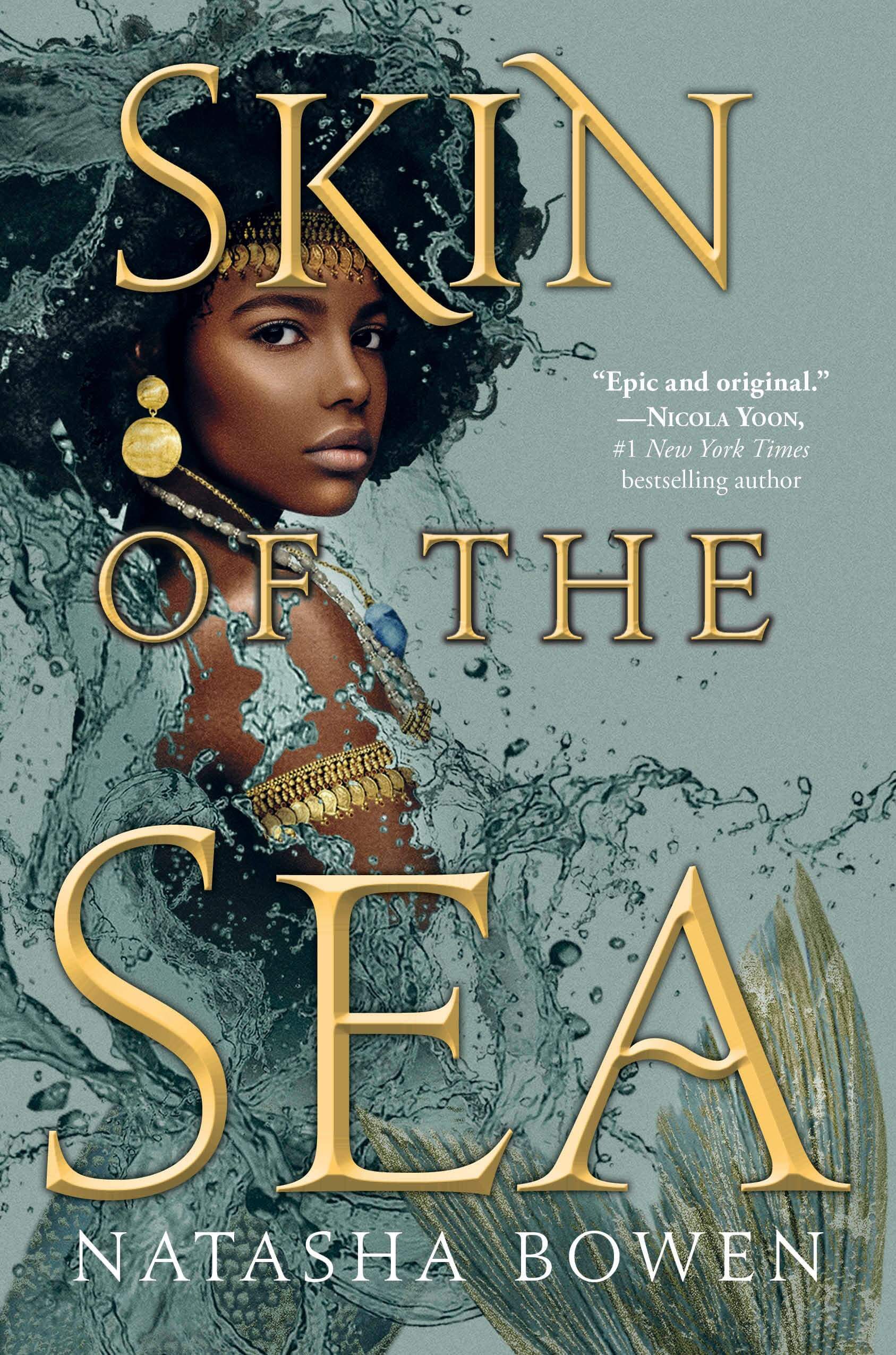 Skin of the Sea by Natasha Bowen

A young mermaid girl and a human boy fall in love. It’s like the story of the Little Mermaid—except this tale gets beautifully reimagined with a mixture of West African mythology. The story’s main character Simidele is one of the seven Mami Wata mermaids created by the Yoruba deity Yemoja. She must help the dead souls found at sea return home to their Supreme Creator. Simi isn’t like the other mermaids; she has visions of her past human life that trouble her deeply. When Kola, a young human boy, gets injured from falling from a slave ship, Simi realizes he isn’t dead and immediately rescues him, ignoring the Mami Wata’s ancient decree. Now she must travel to their Supreme Creator with Kola to make amends and undo the damage she caused. She also must stop herself from falling in love with him or risk turning into foam and ceasing to exist. 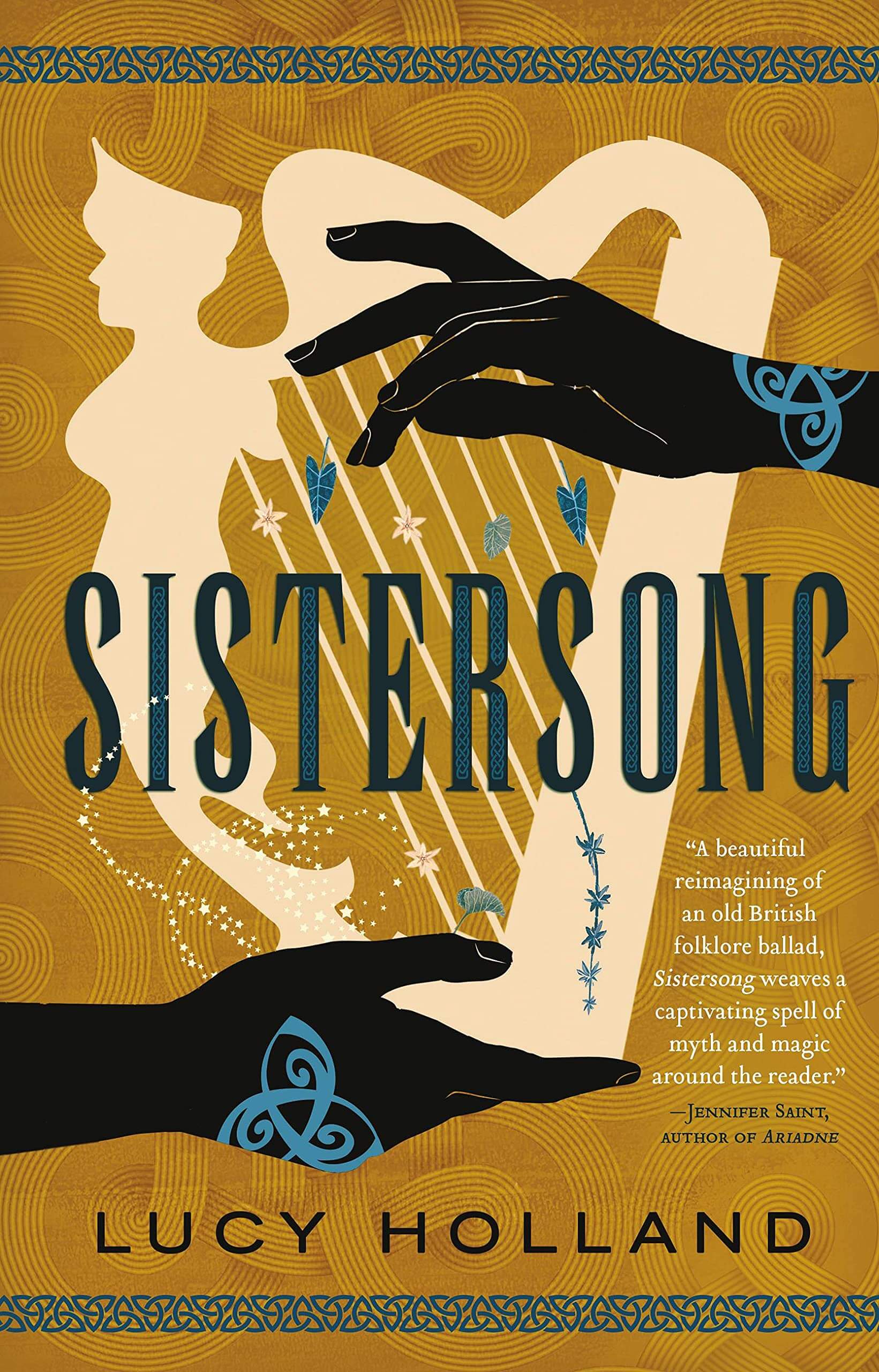 This historical fantasy retells the Twa Sisters, a British folk ballad created as far back as the mid-seventeenth century. Three sisters of an ancient kingdom, Riva, Sinne, and Keyne, grow up around a changing world. King Cador, their father, has turned his back against the magic of their land Dumnonia. With the arrival of Christian priest Gildas, their father’s attention is elsewhere, leaving the magic from the old gods to flow to his three children who barely know how to handle their lives, let alone their powers. Kenya struggles with her identity of wanting to be the king’s son, while Riva and Sinne get lost in their rivalry for the affection of a handsome stranger. But, as the Saxon forces arrive and the threat of the enemy sits outside the gates of their kingdom, the three will have to come together to save their land and the future of Britain. 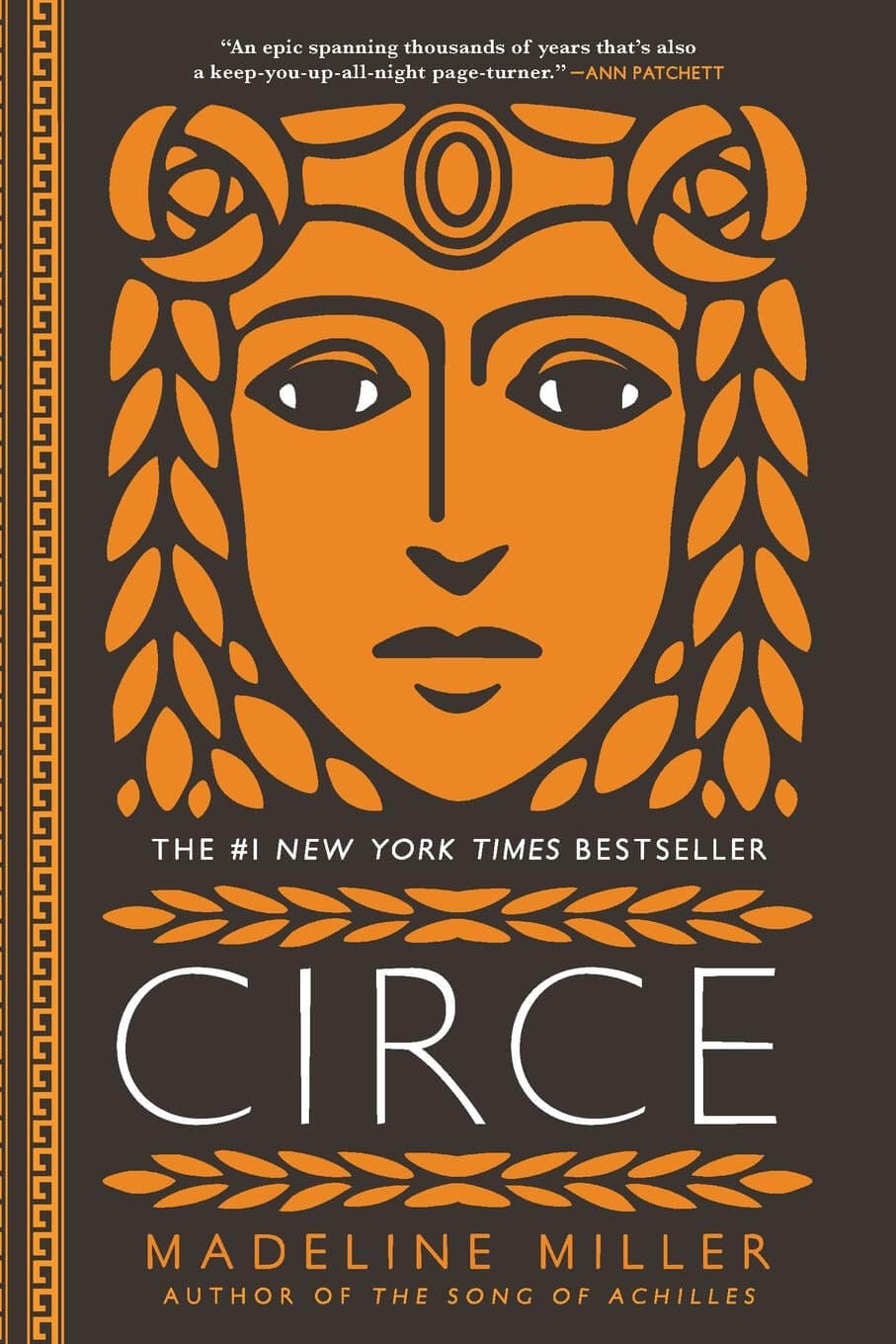 Madison Miller’s Circe retells the infamous Greek mythology story of the Iliad. Circe is a goddess, and the daughter of sun god Titan Helios, and Perse, the beautiful nymph. Yet, in her own family of Gods, she’s an outcast. Born with the voice of a mortal and with the power of witchcraft, she can transform beings into monsters and become a pest to other gods. A threatened Zeus banishes Circe, leaving her in exile, which gives her freedom she never understood before. She takes on lions and wolves for her company, and as centuries pass, she eventually meets characters who will test her powers and her abilities to choose herself and be comfortable with the woman and God that lives within her. 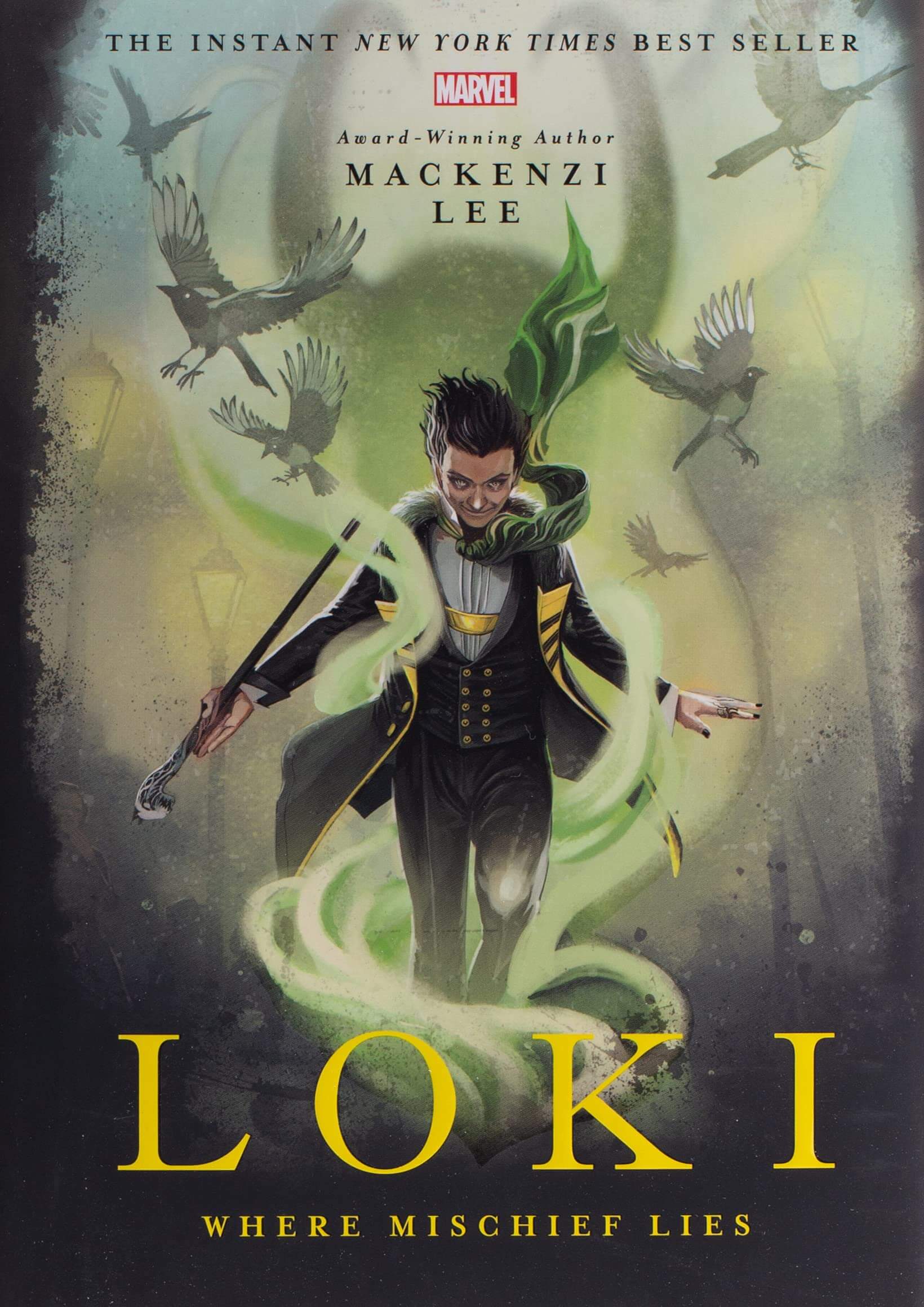 In many tales about Loki, he is the mischievous villain wanting to conquer worlds. But Mackenzi Lee’s version shows a side of Loki never seen before. This time around, he’s a young boy seeking the love of his parents, wanting to prove his heroic capabilities. After his friend and sorceress Amora, the only person who sees Loki’s magic as a gift, accidentally destroys one of Asgard’s prized possessions, Loki’s father Odin banishes her to Earth, forcing Loki to suppress his magic and true self. But when Earth shows signs of Asgardian magic in a mysterious murder, Loki will step up to prove to his father he can be a hero and a worthy king. 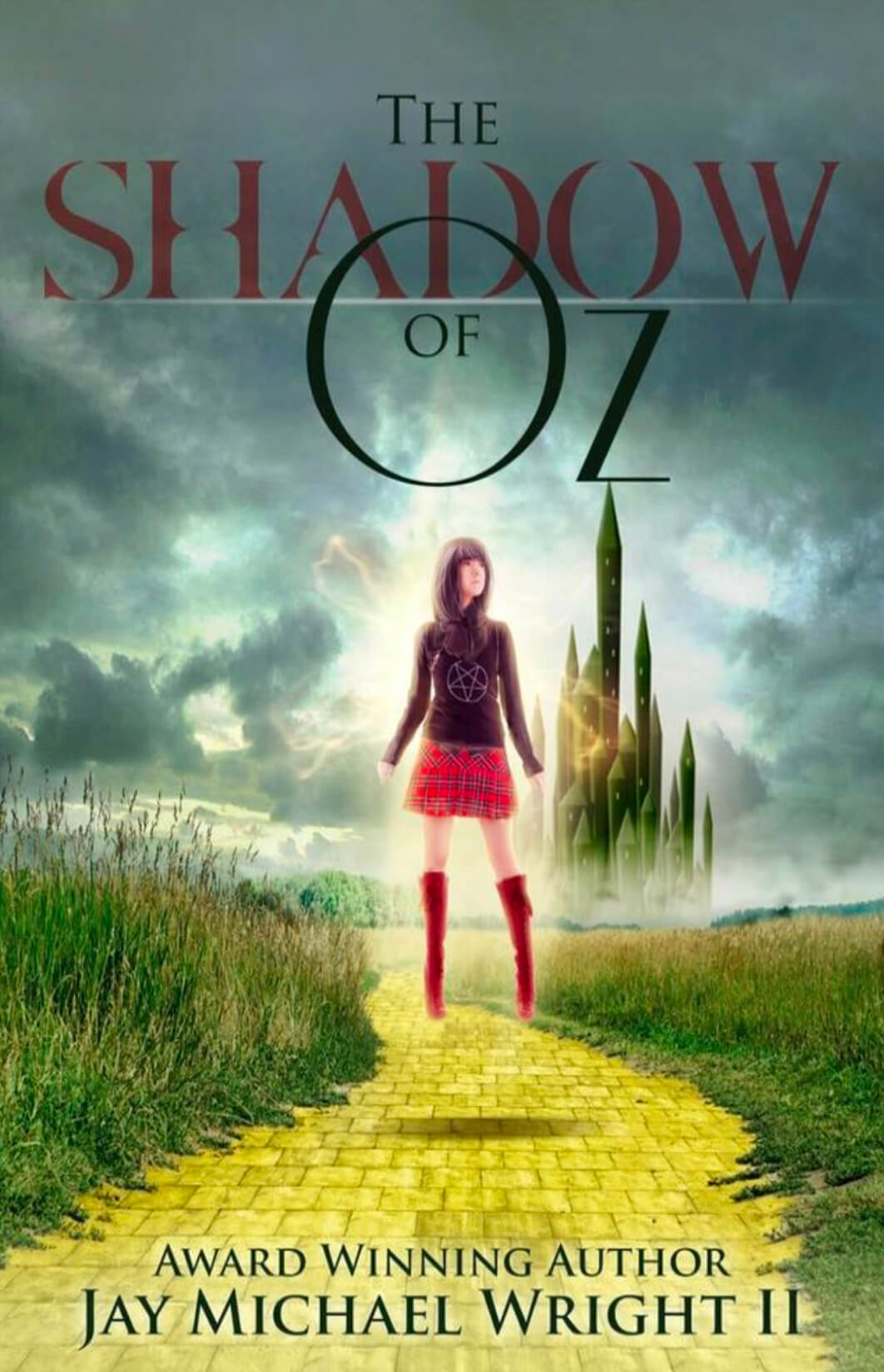 The Shadow of Oz by J. Michael Wright II

This is not your average Wizard of Oz childhood story. It’s filled with dark twists, deviant turns, the same traditional characters re-imagined, and one young woman who will do whatever it takes to make it back home. Yet our beloved Dorothy isn’t so beloved, she’s turned into a master of the dark arts. So, when she ends up in the fantasy land of Oz, she must use her skills and rise to power. In order to break free, the Oz characters who are now trapped under the reign of cruel leaders, Dorothy must use her power to stop them. But once she experiences something so unimaginable her magic might be the very thing that pulls her into madness. 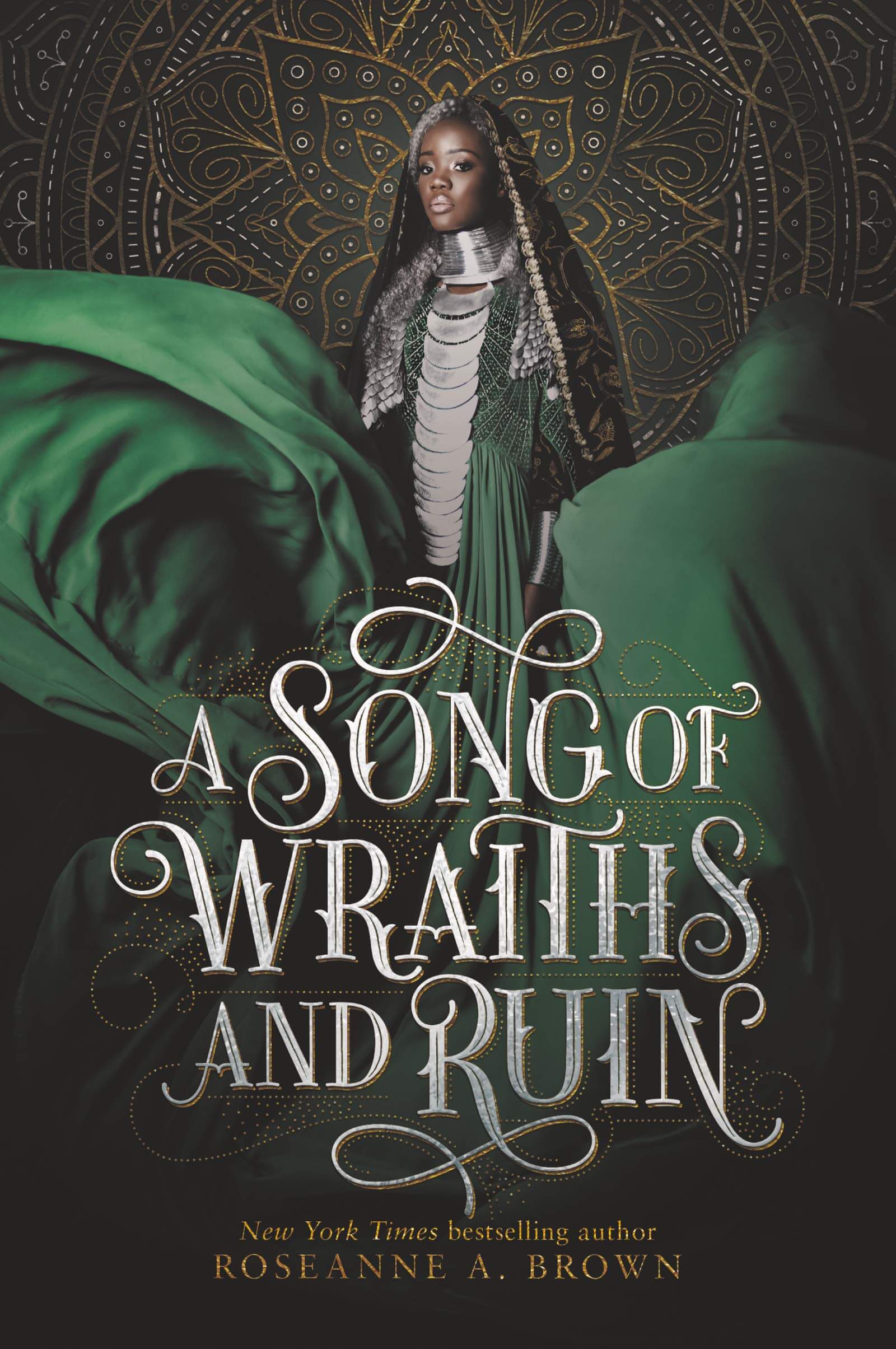 A Song of Wraiths and Ruin by Roseanne A. Brown

Inspired by Aladdin and West African folklore, two characters, Malik and Princess Karina, meet in unusual circumstances and fall in love. For the Princess, before she meets Malik, her one mission is to avenge her mother’s death and resurrect her back to life. To do so, she needs the heartbeat of a king, which won’t be too hard to find as she expects to marry the victor of their Solstasia competition. Malik’s sole purpose is to rescue his sister Nadia and free her from a vengeful spirit. The catch, he must kill Princess Karina, and he enters the competition prepared to do so. Yet fate would have other plans for the two once they meet, and when their attraction takes over, will it be enough to end their need to kill? 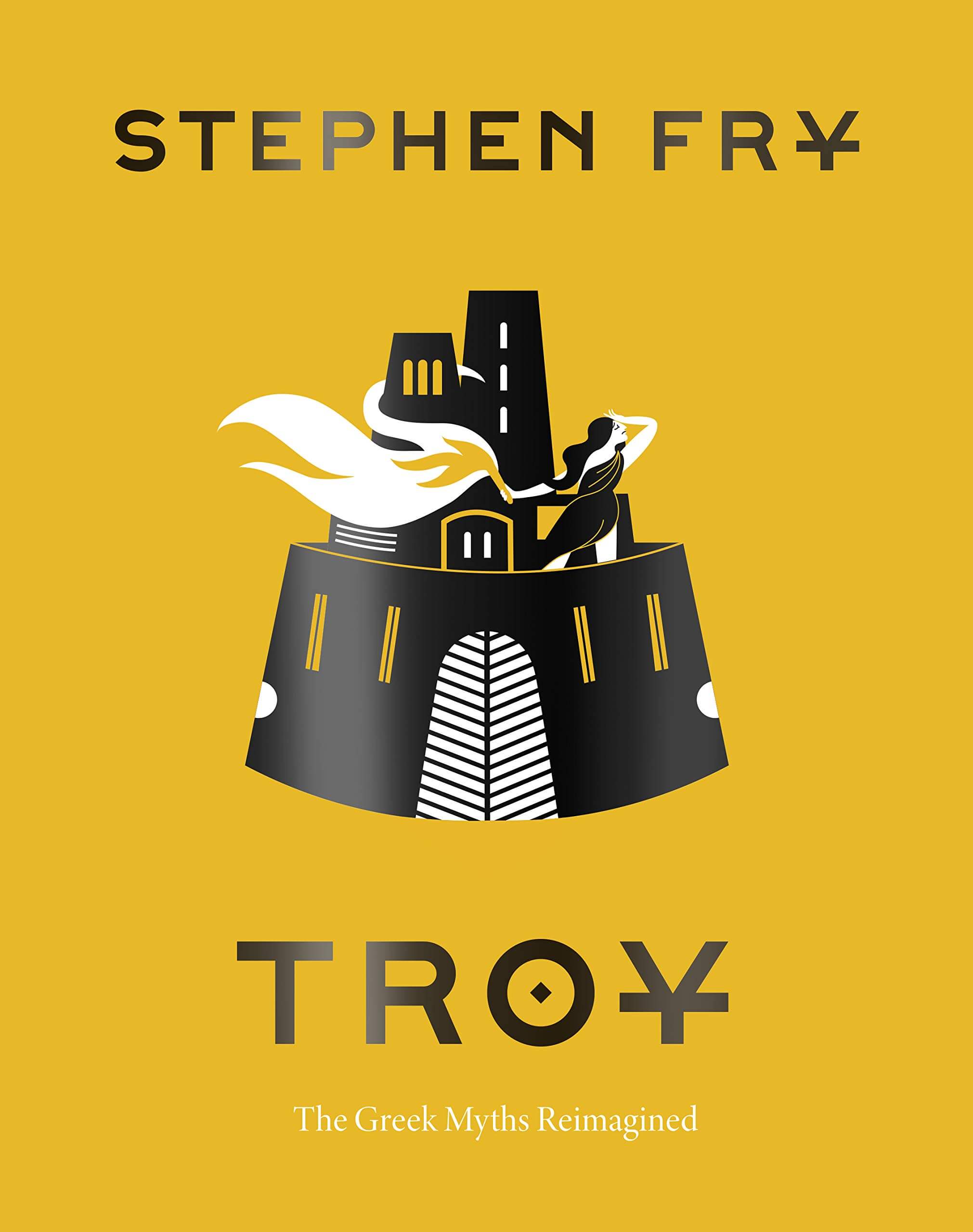 The Trojan war filled with heroes, tragedies, love and fate gets reimagined in this tale from Stephen Fry. Only this time, he uses dark humor to express the story of Odysseus, Helen, Menelaus, Agamemnon, Hector and Achilles. Fry takes his time to delve into the background of each familiar character, adding in his style of humor and vivid emotion that brings them to life. It might be a familiar start and end, but the journey along the way is retold with a modern-day sense of style. 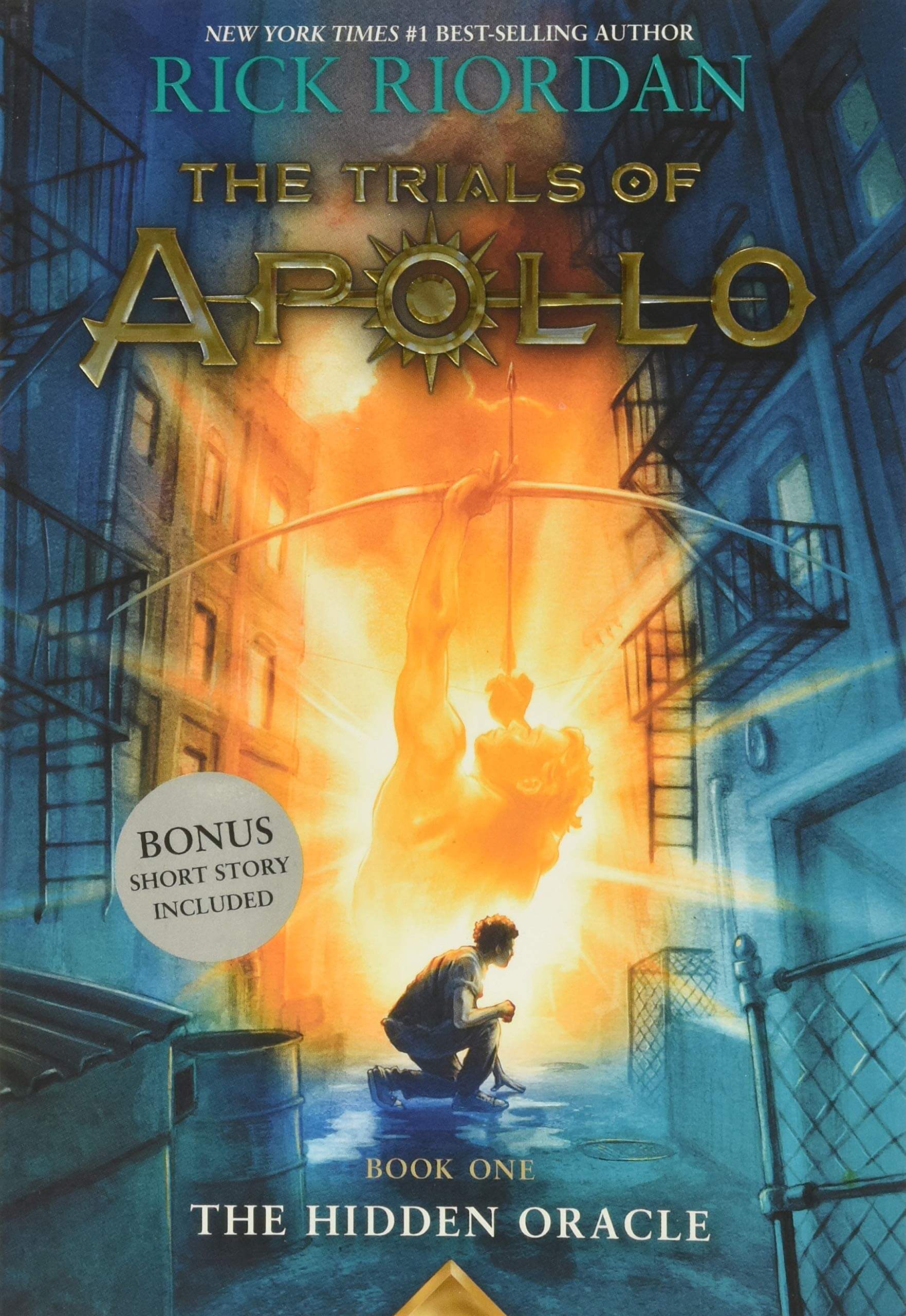 The Hidden Oracle: The Trials of Apollo by Rick Riordan

Apollo, the son of Zeus, is cast down to Earth as a teenage boy. Without his godly strength, he’s alone and disoriented in New York City. He has to learn to live as a 4,000-year-old deity inside a human body, a struggle that intensifies once his enemies discover that he’s no longer a god. With no place to go, Apollo finds himself at an enclave for demigods called Camp Half-Blood, and together they help Apollo learn more than he could imagine. 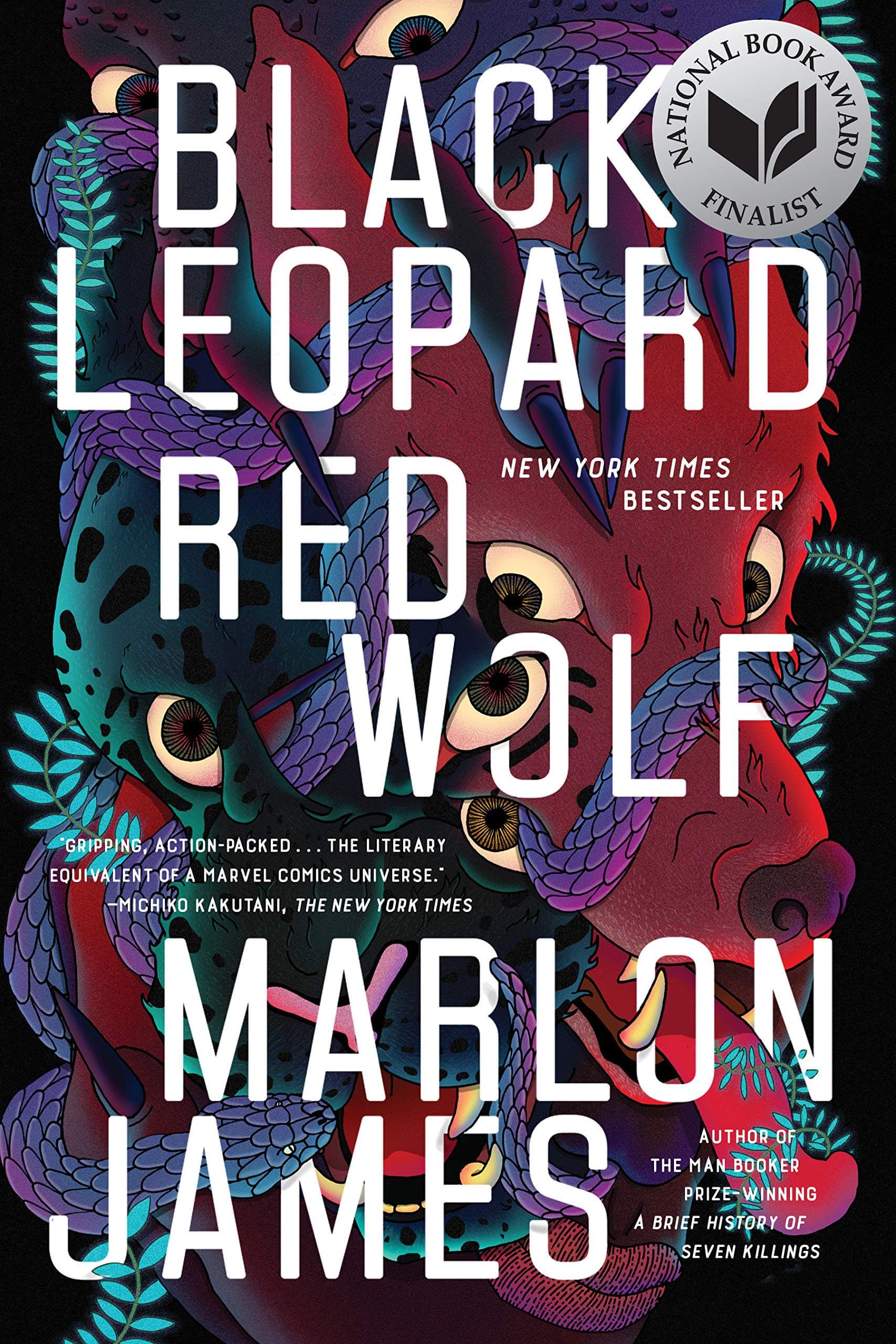 As a hunter, Tracker is known to many as the nose, because he can find his targets easily. When he receives an assignment to find a missing boy that disappeared three years prior, Tracker knows this will be an easy assignment. Yet once his journey begins, he quickly realizes that he’ll need to partner up and work together with a group if he wants to complete his mission and bring the boy home safely. With a mixture of African history and Greek mythology, this adventure brings out unusual characters and shapeshifters with their very own agenda that will push Tracker to keep his nose and mind sharp as ever. 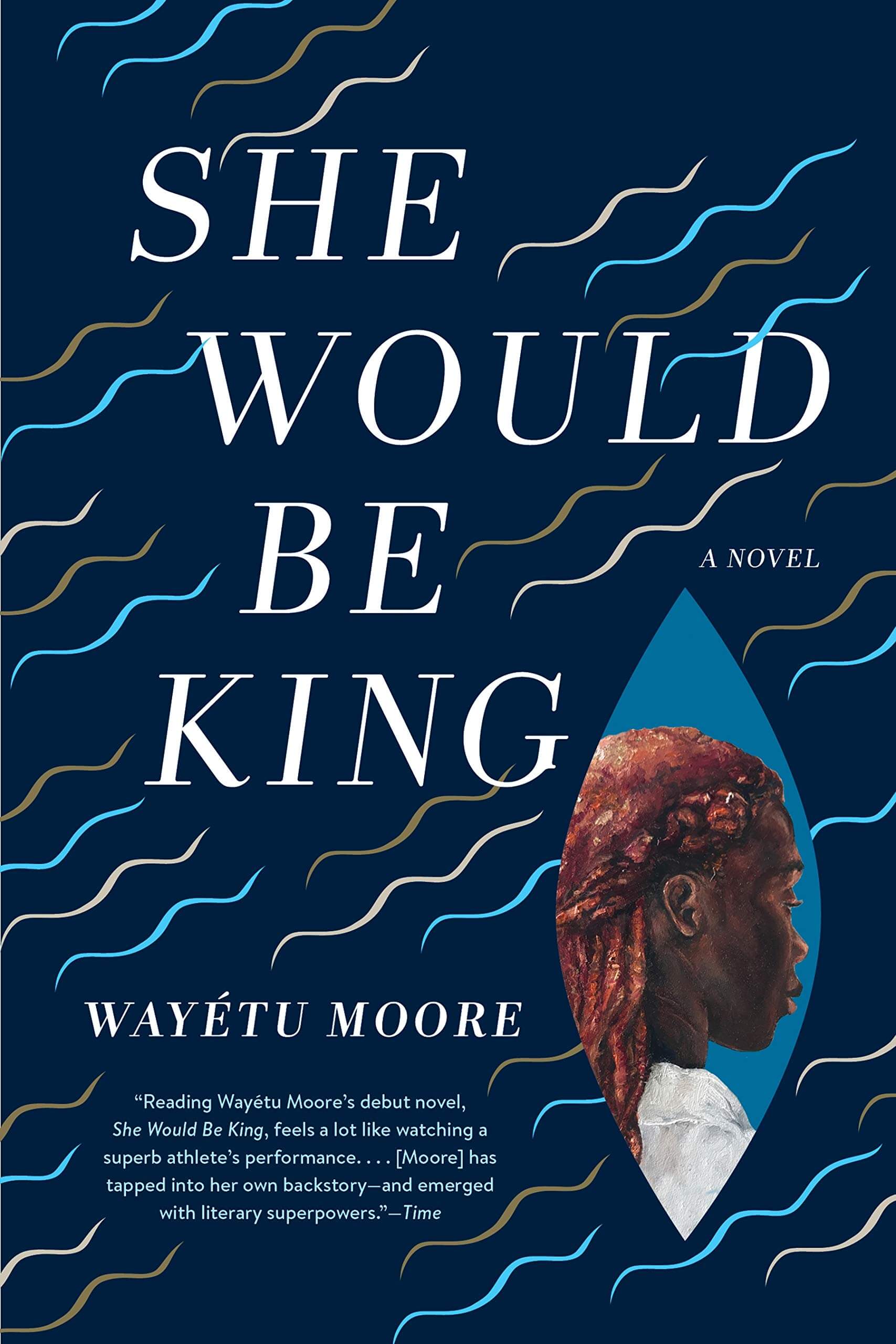 She Would Be King by Wayétu Moore

Using three unforgettable characters, Wayétu Moore reimagines a story of Liberia’s early years. Gbessa, an exile from West Africa, was born with a curse on her head. Norman Aragon, child of a British colonizer and maroon Jamaican woman, disappears, and June Dey was born on a plantation in Virginia from unusual causes, which gave him supernatural strength. As the three meet, they realize how each was born in difficult circumstances and how their gifts could be the key to saving the current relationships among their countries and forming a new world altogether.