This list was provided by our historical fiction reviewer; click here to see the books that won our official She Reads Awards for the Best Historical Fiction Books of 2020. 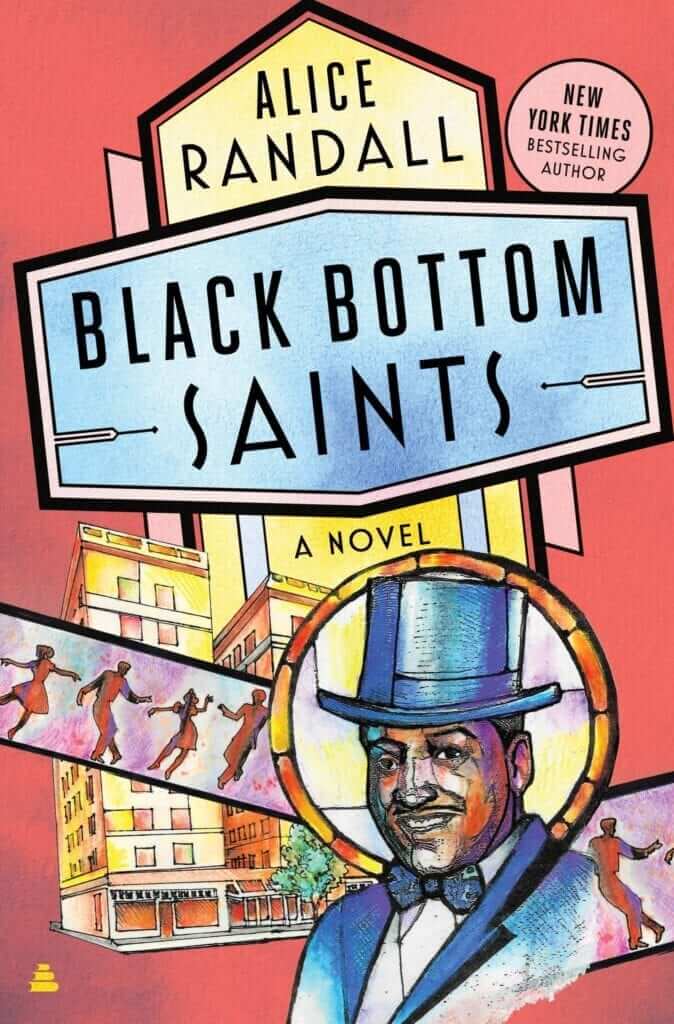 This literary gem pays homage to Detroit’s iconic neighborhood, Black Bottom, and the individuals who contributed to its prominence and reputation as a hub for fashion, jazz, sports and politics from the 1920s through the mid-20th century. At the end of his life, Joseph “Ziggy” Johnson, former gossip columnist and emcee at one of the area’s fabled night clubs, narrates this creative and stunning tale recounting the story of his life, the community, and the 52 “saints” that helped shape Black Bottom. From well-known names like Joe Louis to locals lost to history, Johnson relates the lives of these storied men and women while pairing a cocktail recipe that he feels evokes the character of each saint. With glittering prose and a unique voice, Randall highlights an important time period in this country’s history, making this one of the best historical fiction books of 2020. 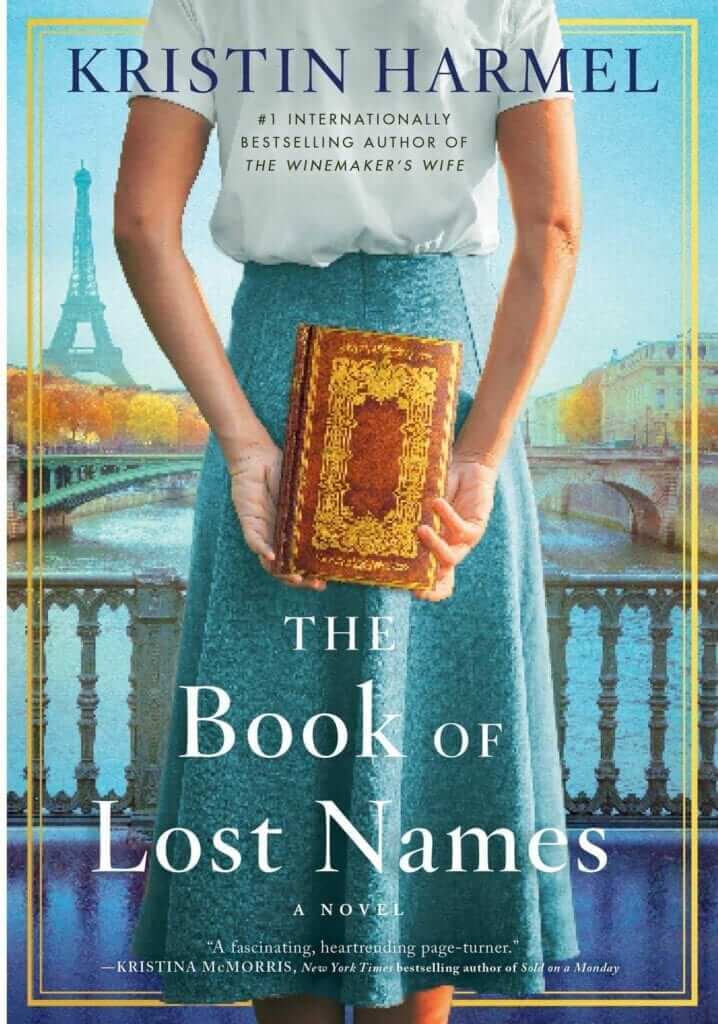 The Book of Lost Names by Kristin Harmel

Harmel’s latest novel chronicles the story of a skilled forger who risks her life during World War II to help hundreds of Jewish children escape the Nazis in this pick for best historical fiction in 2020. To ensure that the children’s original identities will not be permanently erased, Eva and a fellow forger create a coded system to secretly preserve the real names and identities of the escapees. Decades later, the code is discovered but cannot be decoded, and Eva must decide if she has the strength to revisit the past. 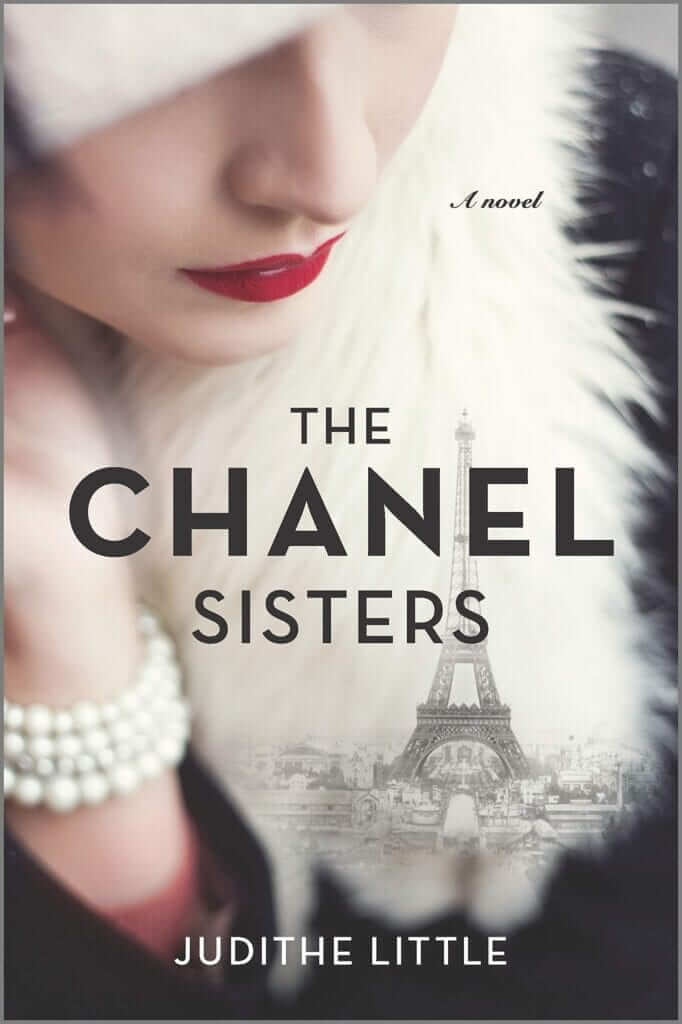 The Chanel Sisters by Judithe Little

This gorgeously-written book chronicles the lives of Antoinette and Gabrielle “Coco” Chanel from their early years at the convent orphanage in Aubazine. Their time at the orphanage left a lasting impression on both girls and forged a determination in Coco to create a better life for herself and to seek entrée into the upper-crust society who refused to accept her. From the days of their hat shop on rue Cambon in Paris to the years after the war, Little tells the women’s stories through the eyes of Antoinette detailing their friendships, romances, and success in the fashion business. In her Author’s Note, Little includes fascinating tidbits about Coco Chanel’s inspiration for her CC symbol which recreated the interlocking loops in Aubazine’s stained glass and for her jewelry which copied the patterns found on the orphanage’s stone floors. Readers will be captivated by this page-turner. 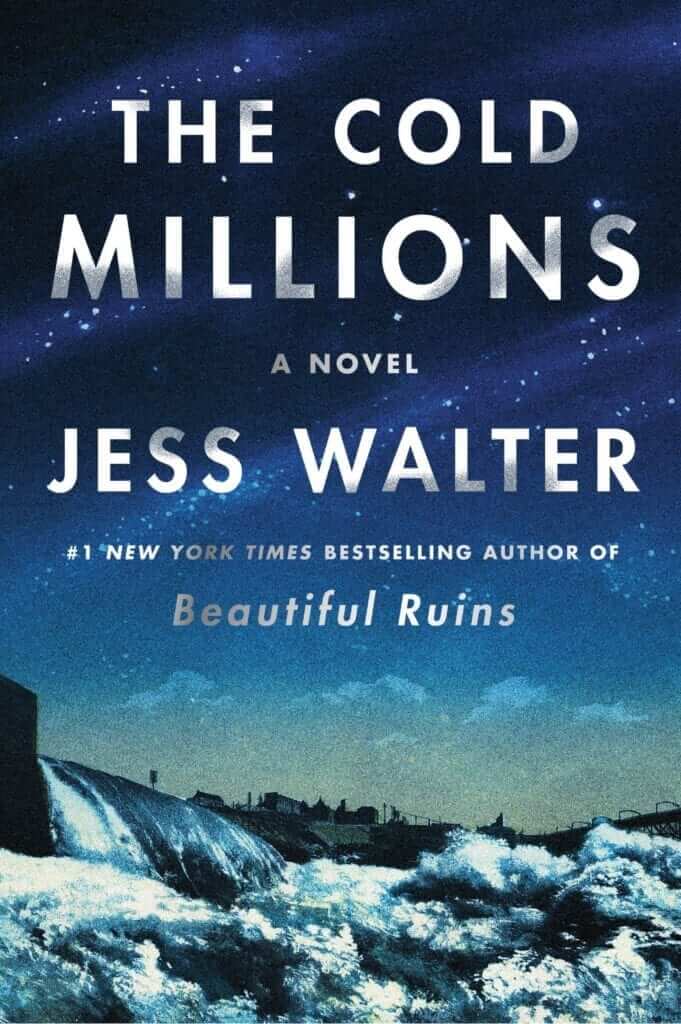 The Cold Millions by Jess Walter

In this tale about two brothers swept up in the upheaval for workers’ rights, Jess Walter turns his attention to the early stages of the labor movement in Spokane, Washington. The Cold Millions transports readers to another era (right after the turn of the 20th century) when the United States was in the midst of significant upheaval, eerily similar to what the country is experiencing in 2020. Walters vividly details life during that time period, including vaudeville stars, suffragettes, hobos, union agitators, Pinkerton detectives and tycoons, through the eyes of brothers Gig and Rye Dolan, who strive to move past their upbringing and survive the upheaval. 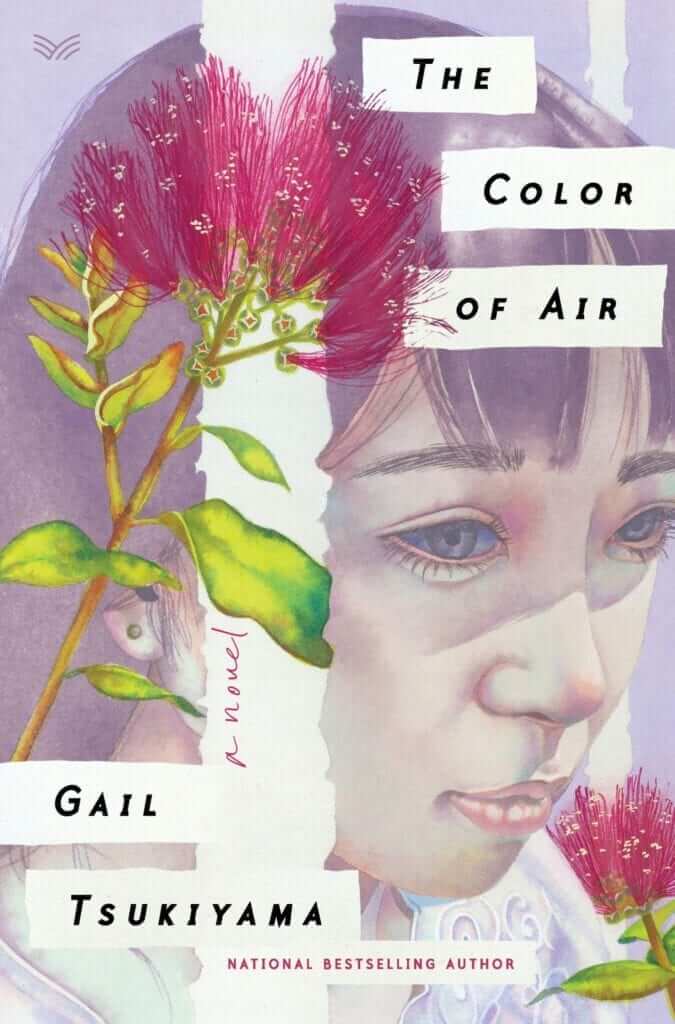 The Color of Air by Gail Tsukiyama

One of summer’s most anticipated historical fiction books, The Color of Air alternates between 1918 and 1935. The story follows a Japanese American community living in and around Hilo, Hawaii and working in the sugar plantations. Daniel Abe left Hawaii years before to work as a doctor in Chicago, but has returned home in 1935 for reasons he does not want to disclose to his family. Daniel’s uncle, Uncle Koji, is overjoyed that Daniel has returned but believes the time has come to tell Daniel some long-held family secrets. However, just as Daniel arrives, the formidable volcano, Mauna Loa, reawakens and threatens their lives and unearths family secrets that have been long buried. 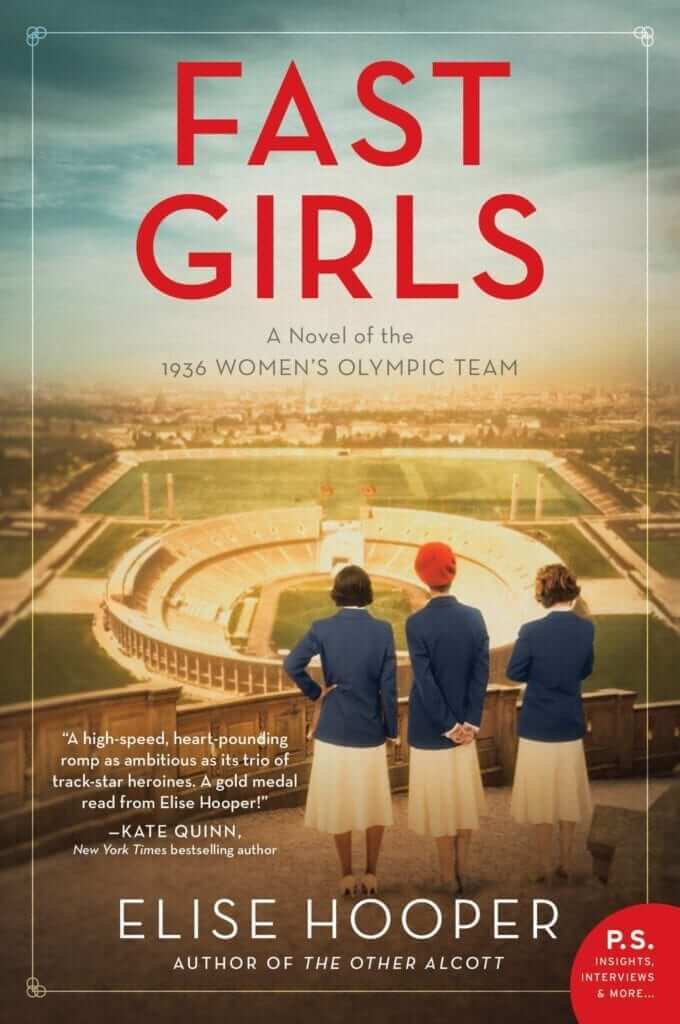 Another pick from our summer list of the most anticipated historical fiction books, Fast Girls shines the light on three little-known American female Olympians who doggedly pursue their dreams to compete in the Nazi-sponsored 1936 Berlin Olympics (also the first integrated Olympics). These women must each overcome their own personal obstacles and roadblocks in order to have their time on the Olympic track and defy those who think women (and people of color) should not compete. Chock full of historical details and stories about various Olympians and the grand event itself, readers will love the stories of these strong, determined women. 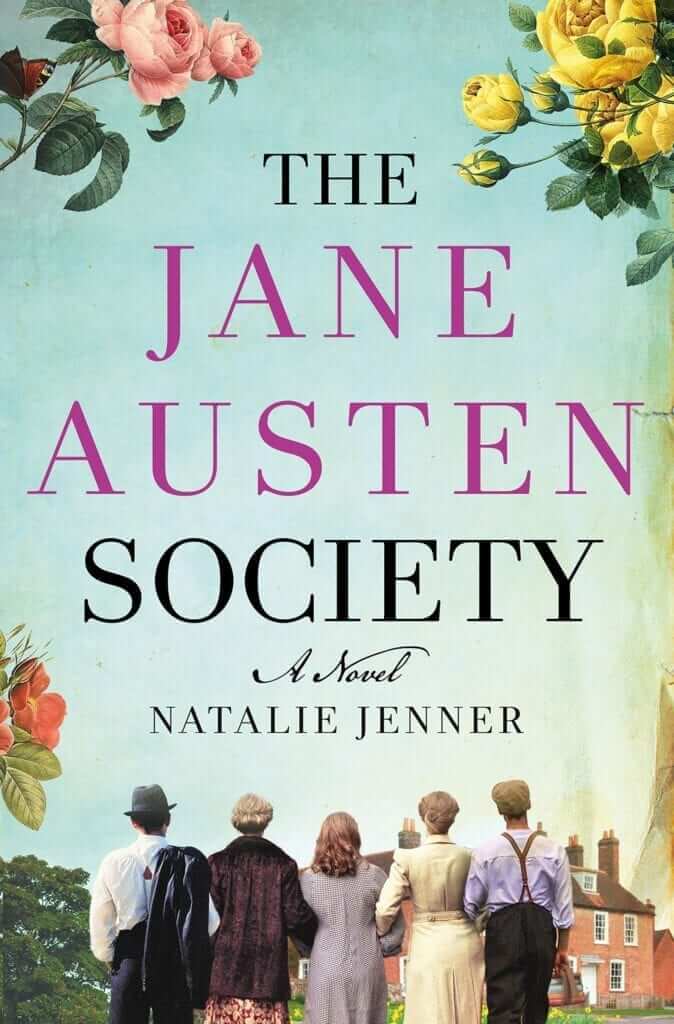 The Jane Austen Society is set in Chawton, England, following the Second World War – where Jane Austen spent her last years. When Austen’s legacy is threatened, an eclectic group of townspeople band together to save her home and heritage. Struggling with personal tragedies and loss, these individuals unite around their love of Jane Austen and find themselves aiding each other as much as they help save Austen’s legacy. The Jane Austen Society is full of fascinating tidbits about the author and her tales, but it also highlights the importance of community and relationships, demonstrating that both can be found in unlikely places. 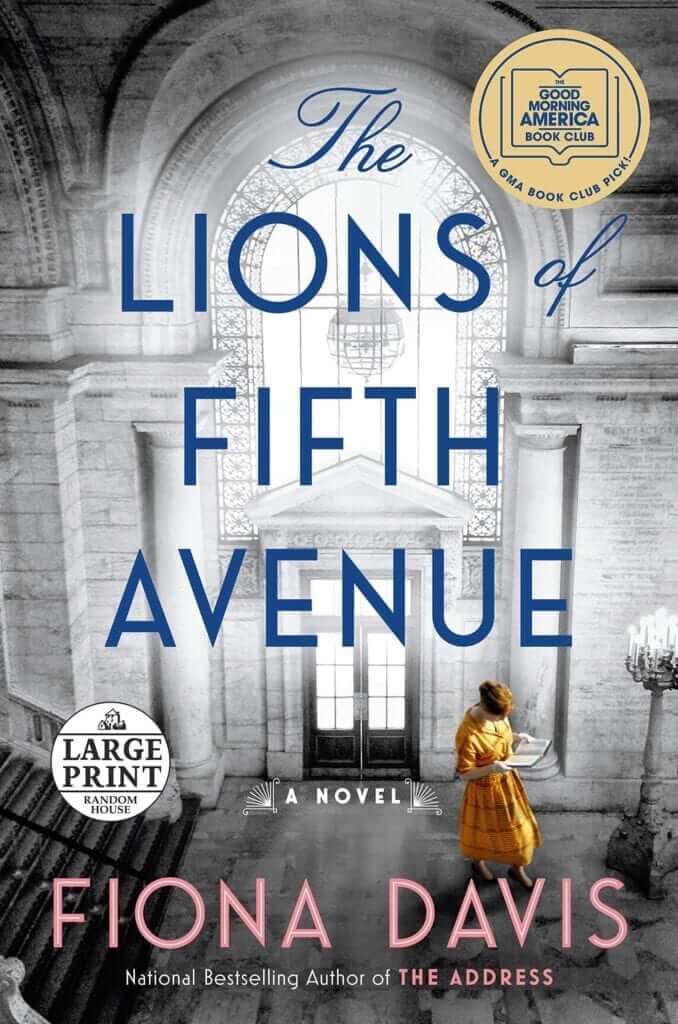 Set in the beautiful and historic New York Public Library, The Lions of Fifth Avenue is a dual timeline tale about two women living 80 years apart who both must deal with the theft of valuable books from the library’s collection. While investigating the missing books, each woman makes discoveries that may alter her life forever. Readers will eat up the details about the superintendent’s apartment in the library (in earlier eras they were able to live in the library!) and other less-known tidbits about this iconic and historic building. 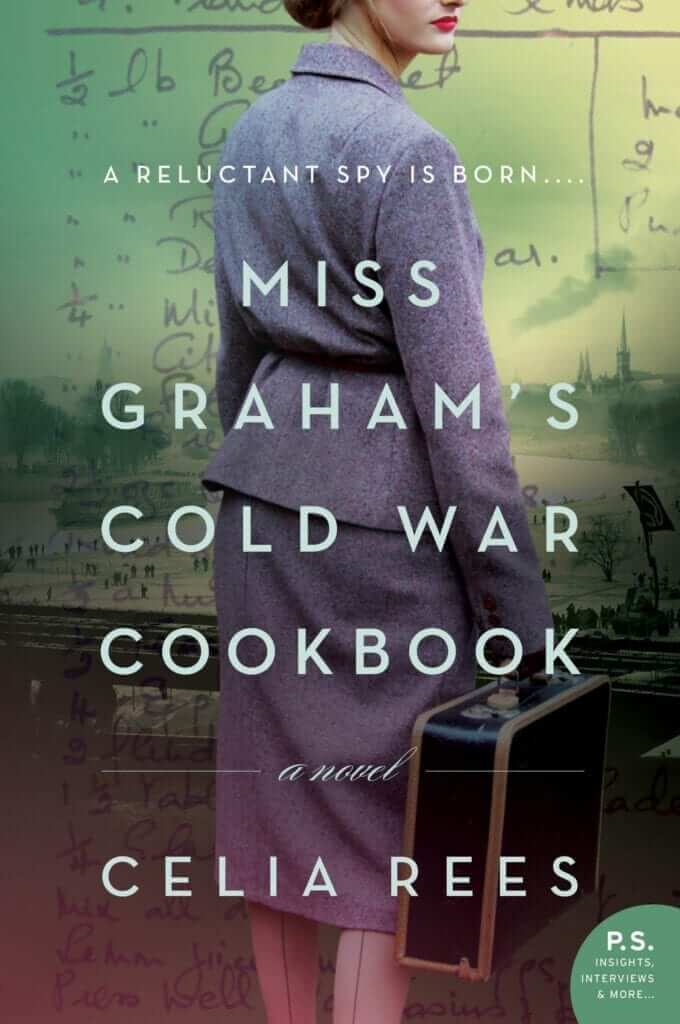 Set in Germany following World War 2, Miss Graham’s Cold War Cookbook follows Brit Edith Graham as she joins the Control Commission, tasked with setting up schools in ravaged German towns. Before she leaves London, she is recruited by the OSS to spy and send back intelligence through recipes she gathers as she travels. Rees brings the post-war country to life – the devastation to the cities and towns, the rush to find war criminals, the lack of food and shelter, and the underground Nazi movement that hopes to re-emerge. Beautifully written and masterfully detailed, this atmospheric book transports readers to the streets of post-war Germany and is filled with an intriguing cast of characters. 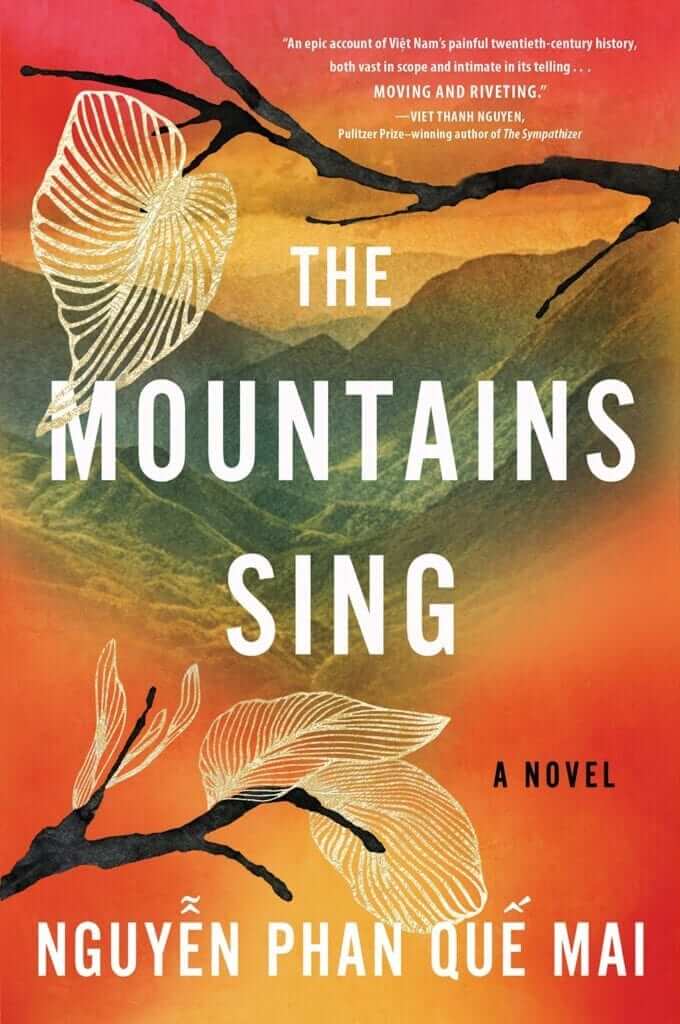 Beautifully and lyrically written, Nguyen Phan Que Mai’s English debut follows multiple generations of the Tran family against the backdrop of Vietnam’s heartrending 20th-century history. From the rise of the Communist government in North Vietnam to the years of conflict during the war itself, The Mountains Sing is historical fiction at its finest – it highlights the impact and cost of the events that led up to the Vietnam War from the Vietnamese people’s perspective while interweaving in the language and traditions of their culture. The Mountains Sing is not only a glimpse into Vietnam, but is also a cautionary tale about the impact of a decades-long conflict on the people living through it. 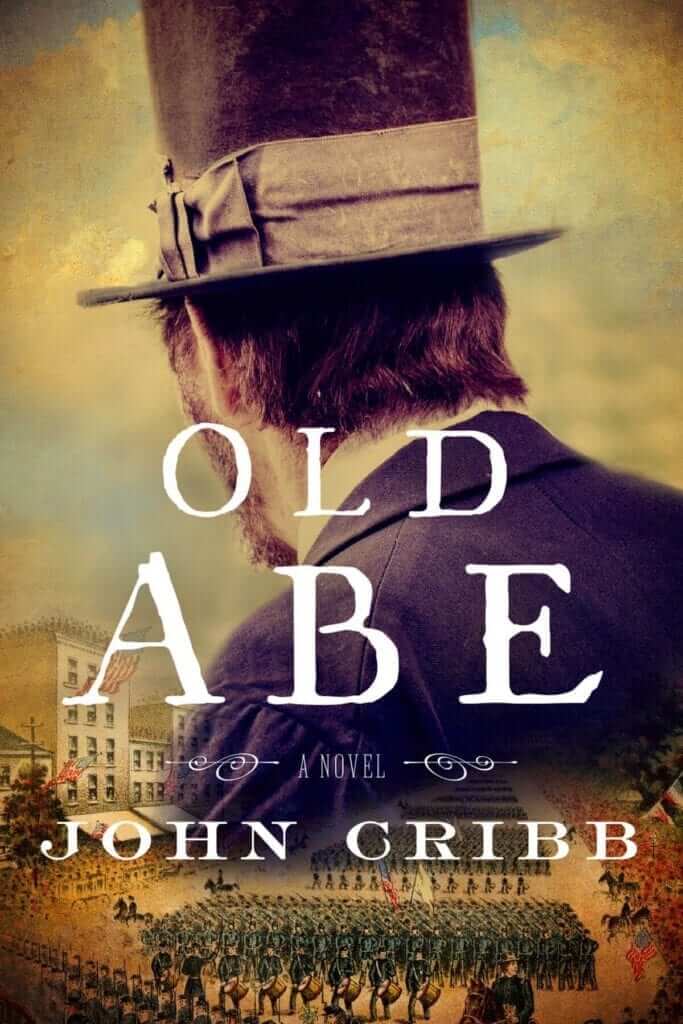 In this fictional account of the last five years of Abraham Lincoln’s life, Cribb draws on copious research to provide an in-depth and personal account of a turbulent time through the eyes of the great man himself. Opening with Lincoln’s presidential bid and subsequent election, Old Abe follows Lincoln as he heads to Washington, D.C. for his inauguration, evades assassination attempts, tries to hold the country together, and ultimately oversees the Union’s defeat of the Confederate forces and the reassembling of a battered and bruised country. The political climate and certain hotly contested issues from the mid-1860s are uncannily similar to what the United States is experiencing now, and Old Abe will make readers long for a leader like Lincoln. 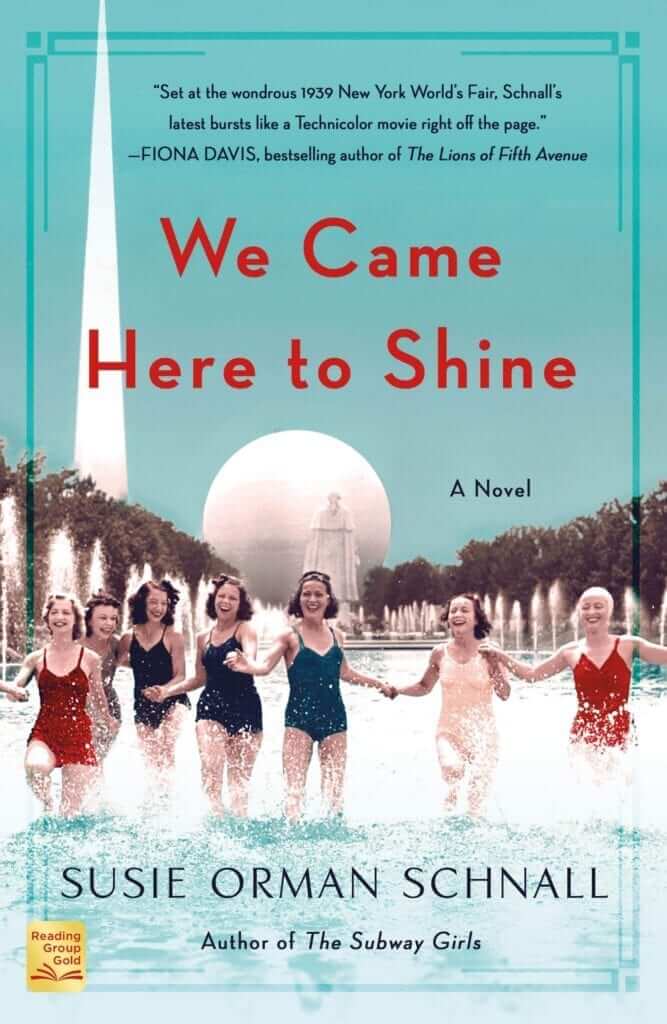 We Came Here to Shine by Susie Orman Schnall

Two women forge a friendship and summon up the courage to pursue their dreams and overcome adversity against the splendid backdrop of the 1939 New York World’s Fair. Schnall skillfully weaves in details from the actual World’s Fair and includes a beautiful (and helpful) map of the fair at the front of the book. Historical fiction steeped in the spectacle and hoopla of the New York World’s Fair, We Came Here to Shine is a story about courage, friendship and having the strength and determination to achieve one’s goals. 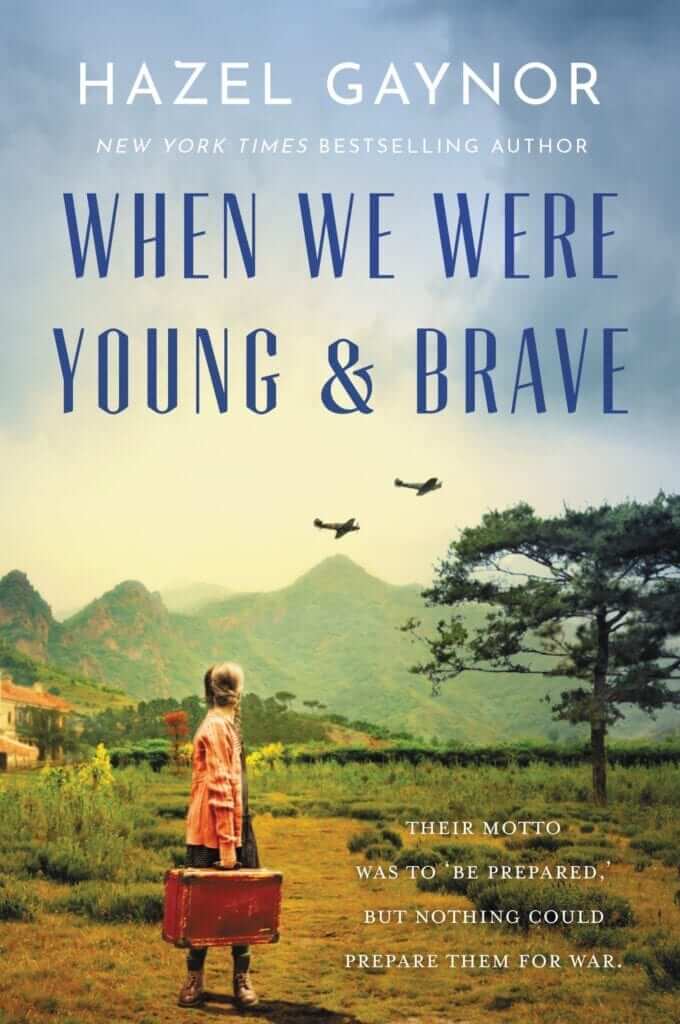 When We Were Young & Brave by Hazel Gaynor

In this compelling novel, Gaynor brings to life the story of a group of teachers and students at a British-operated missionary school in Chefoo, China. Inspired by a true story, When We Were Young & Brave chronicles this group’s experience as captives of the occupying Japanese army during World War II. When Japan declared war on Britain and the United States, the Japanese forces took control of the Chefoo School and its inhabitants and eventually moved the group to a Japanese internment camp, requiring the teachers to help their students weather unimaginable adversity. Gaynor vividly portrays the horrors of war, life in captivity, the resilience and optimism of humans, and the importance of relationships. 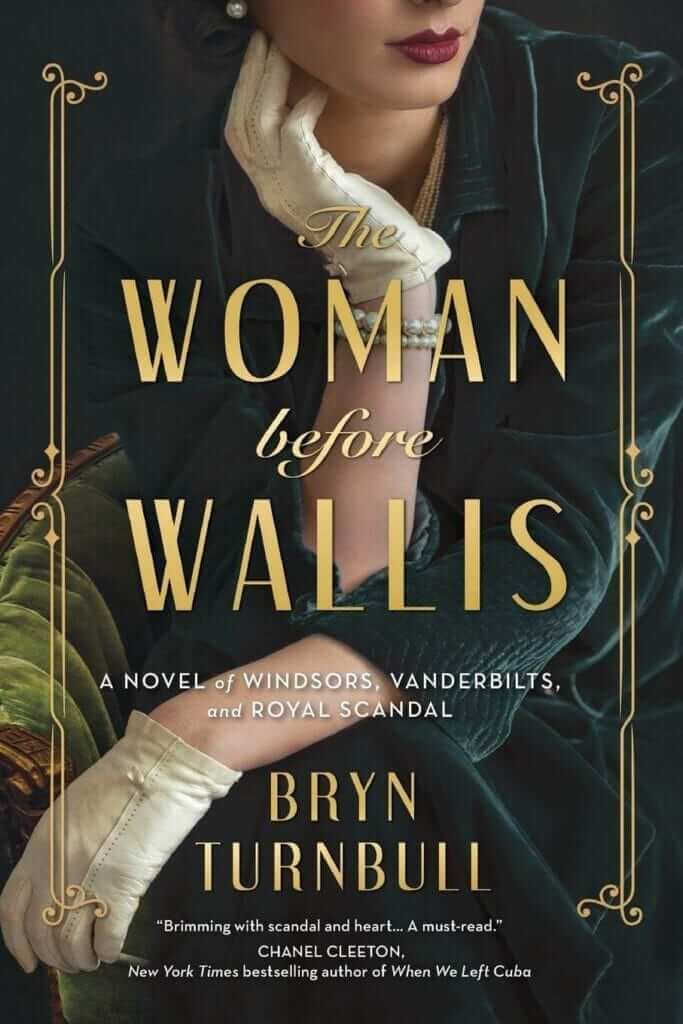 The Woman Before Wallis: A Novel of Windsors, Vanderbilts, and Royal Scandal by Bryn Turnball

Turnbull tells the story of Thelma Morgan, the American woman who was involved with Prince Edward before he took up with Wallis Simpson and made history by abdicating his throne for her. In addition to chronicling Thelma’s dalliance with the Prince of Wales, the book details her close relationship with her twin sister, Gloria Morgan, spouse of Reggie Vanderbilt. Gloria and Reggie were married for only two years when he died; they had one child, the renowned fashion designer and socialite Gloria Vanderbilt. After Reggie’s death, Gloria Morgan Vanderbilt was eventually sued for custody of her daughter Gloria by her sister-in-law, Gertrude Vanderbilt Whitney. Turnbull provides a fascinating glimpse into the glitzy but eventually heartbreaking lives of both Thelma and Gloria.

*Disclosure: The links above are affiliate links. We are a participant in the Bookshop Affiliate Program, an affiliate advertising program designed to provide a means for us to earn fees by linking toBookshop.org while simultaneously supporting local bookstores. This affiliate program does not impact your purchase price.