Today’s thriving historical fiction genre provides readers with an escape from everyday life and a glimpse into a different time period in history. While the entire genre is booming, novels set during World War II are particularly popular; there are many stories still to be told. Here are 12 historical fiction books set during World War II that are true standouts in the genre. 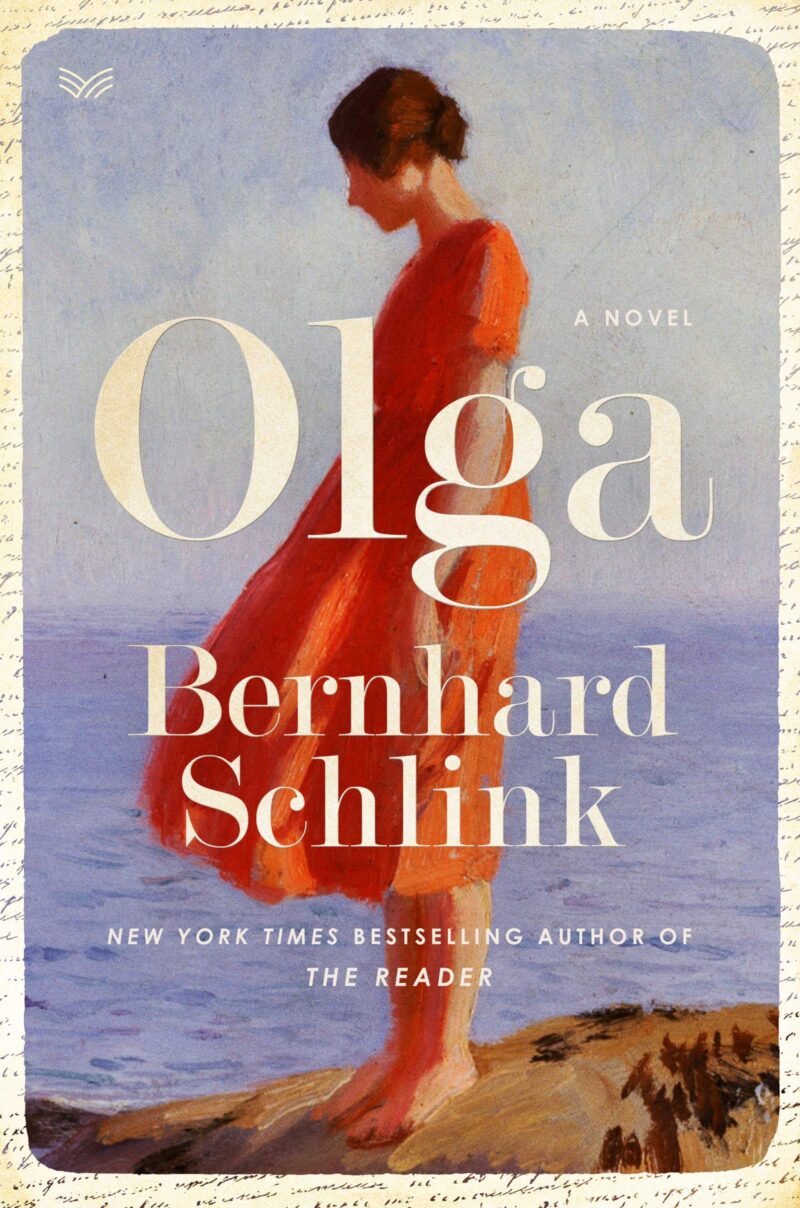 This is the story of Olga, a woman who is held back by her gender and circumstance. Olga is raised in a time of chauvinism in a Prussian village by her grandmother after being abandoned by her parents. Her intelligence and uncompromisable curiosity make life hard in her time. When she falls in love with her neighbor, the son of a local aristocrat who loves adventure as much as Olga, many obstacles try to break them, going up against all odds. Yet, Olga and Herbert’s love endures. A story that takes decades to tell, continents to travel across, a strong love to witness, and tells the tale of a woman’s devotion to a restless man in a restless time of change starting in the late nineteenth century to the twenty-first. 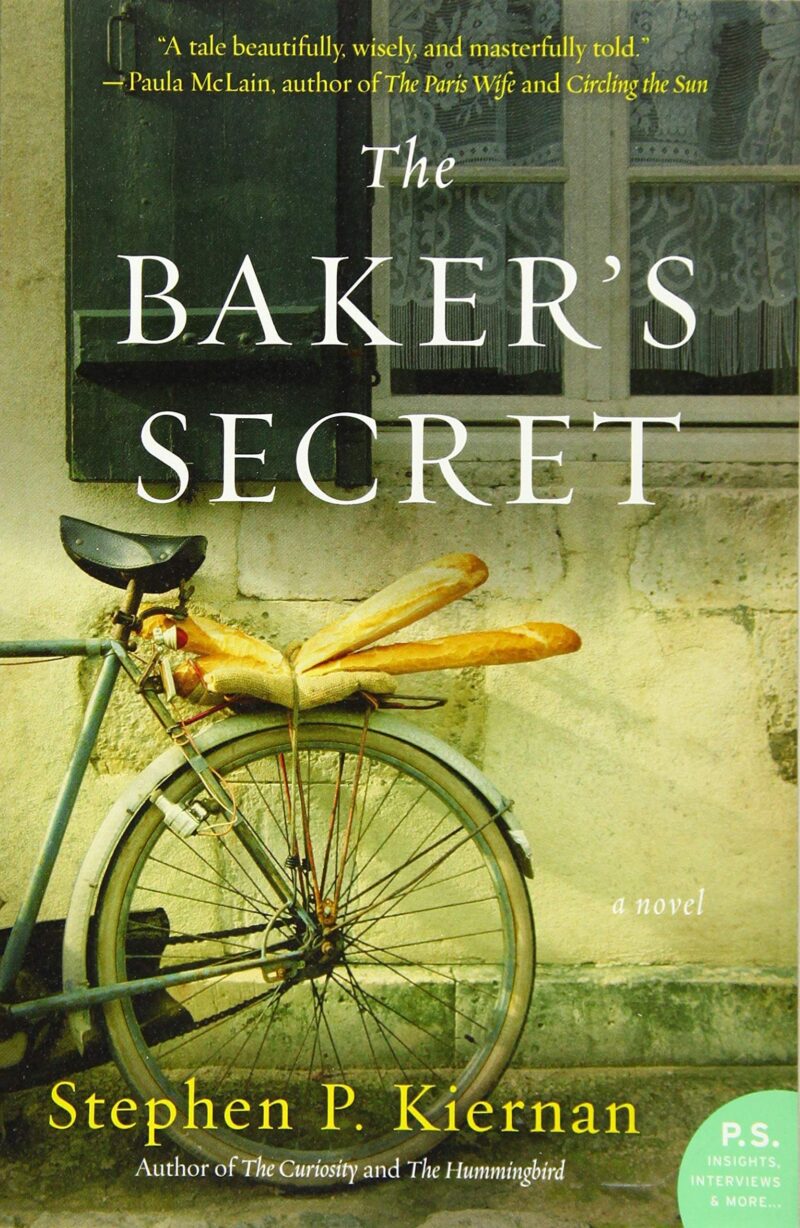 The Baker’s Secret takes place in Le Verger, a French town on the Normandy coast, on the eve of D-Day. The town is occupied by the Nazis who have beaten down the townspeople with countless acts of cruelty including rationing food to the point that everyone is slowly starving. Kiernan tells the tale of the courageous baker Emmanuelle and her fellow villagers who worked to defy the Nazis in their own subtle ways. The Baker’s Secret is a tear-jerker (have plenty of tissues handy), but the book’s message is one of optimism and the ability of humans to overcome even the most tragic circumstances. 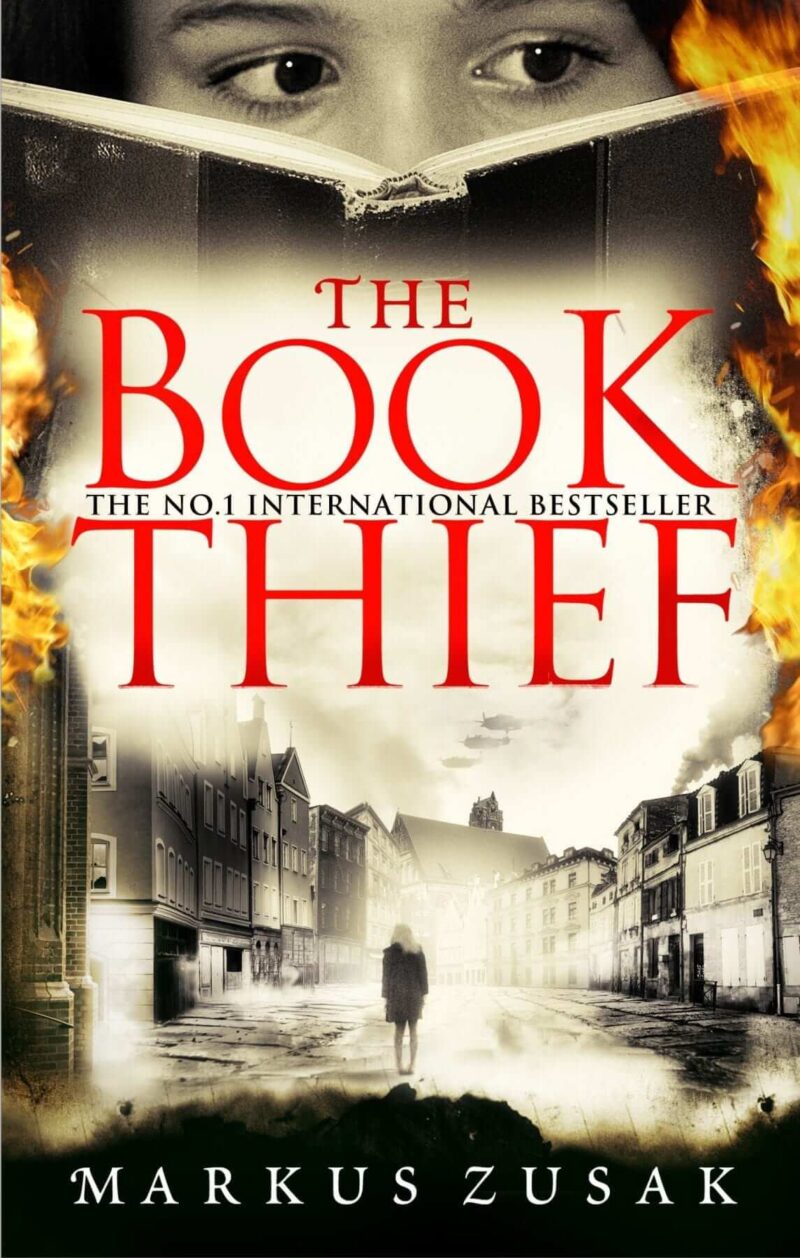 The Book Thief by Markus Zusak

Told from the unique perspective of Death, The Book Thief is a stunning and evocative masterpiece. Zusak’s characters are courageous and authentic and his story focuses on everyday people enduring Nazi rule in a small town outside of Munich, the power of books and the written word. Frequently chilling and often heartbreaking, the novel does not shy away from describing the horrors of war; however, it ultimately champions the human spirit and its refusal to be cowed by evil. The Book Thief is a tale that will not soon be forgotten, and it remains one of the best books I have ever read. 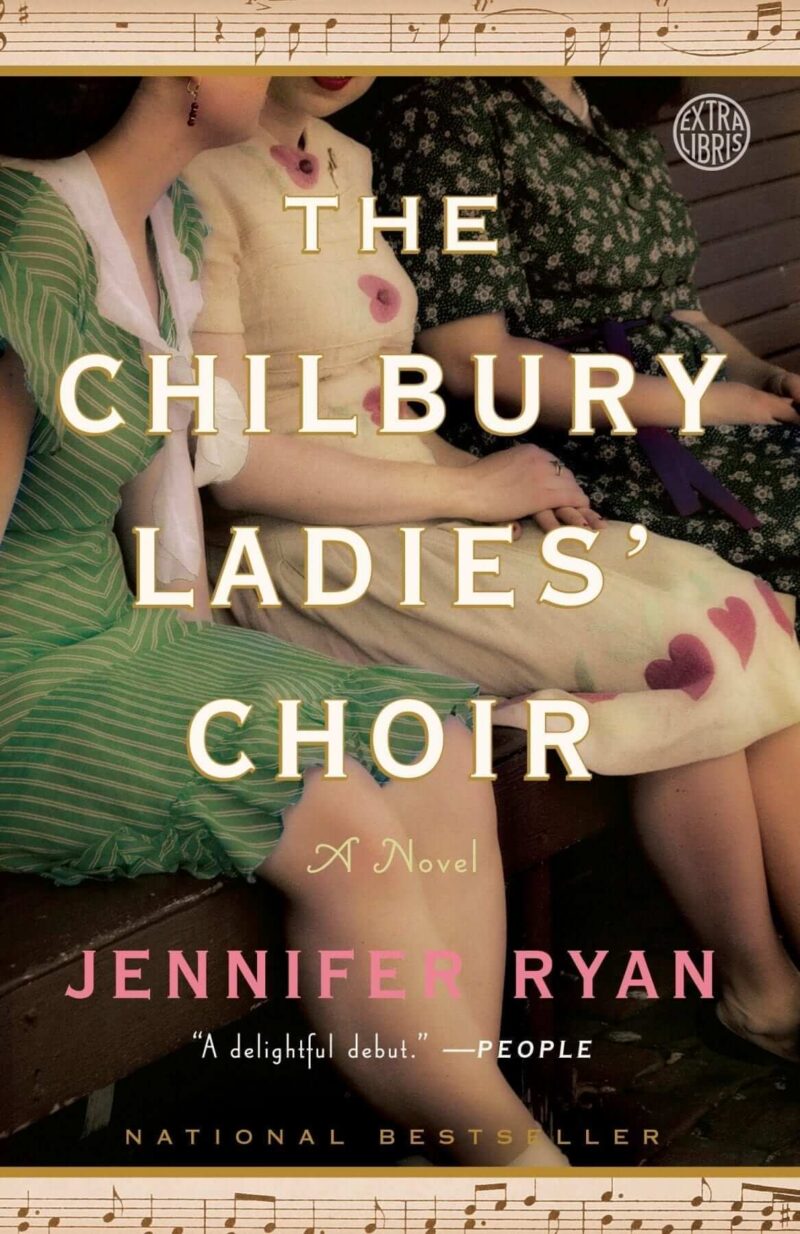 Jennifer Ryan tells her story in an epistolary format using a series of journal entries and letters, a method that is very effective for this novel. Chilbury is a fictional small town in England close to the eastern coast. As the story opens in 1941, most of the men have left to fight in the war causing the vicar of the local church to disband the choir until the war has concluded. A group of women, lead by a spirited newcomer, rebel against the vicar’s wishes and create the Chilbury Ladies’ Choir. The effect of the choir on Chilbury and several neighboring towns is immense, and the book contains both hilarious and heartbreaking storylines. The Chilbury Ladies’ Choir includes countless valuable sentiments and statements about both the war and life generally, and the book and its characters have stayed with me several years after I finished reading it. 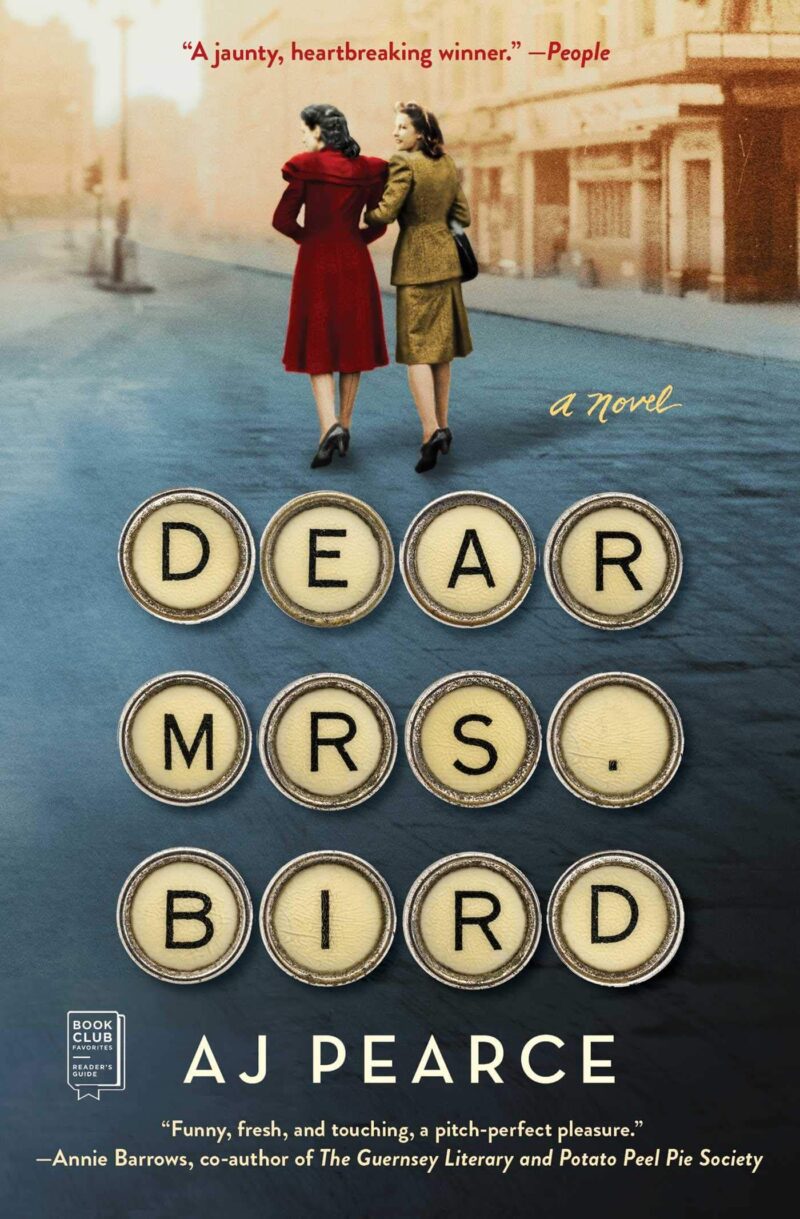 As the book opens in 1940s London, Emmy Lake arrives for a newspaper interview thinking the position is for a lady war correspondent when instead the position is to sort through letters written to a Dear Abby type named Mrs. Bird. She is hired and, unhappy with Mrs. Bird’s opinions on many of the letters she receives (and Mrs. Bird’s refusal to answer any that she deems unpleasant), Emmy decides to secretly answer some of the truly desperate letters. While it might sound like a light read, the story is actually thought-provoking, occasionally heart-wrenching and simply superb. Pearce’s descriptions of blitzed and war-torn London are so vivid that at times readers will find themselves in London with Emmy and her friends. The plot is creative and original and Dear Mrs. Bird is a great addition to this sub-genre. 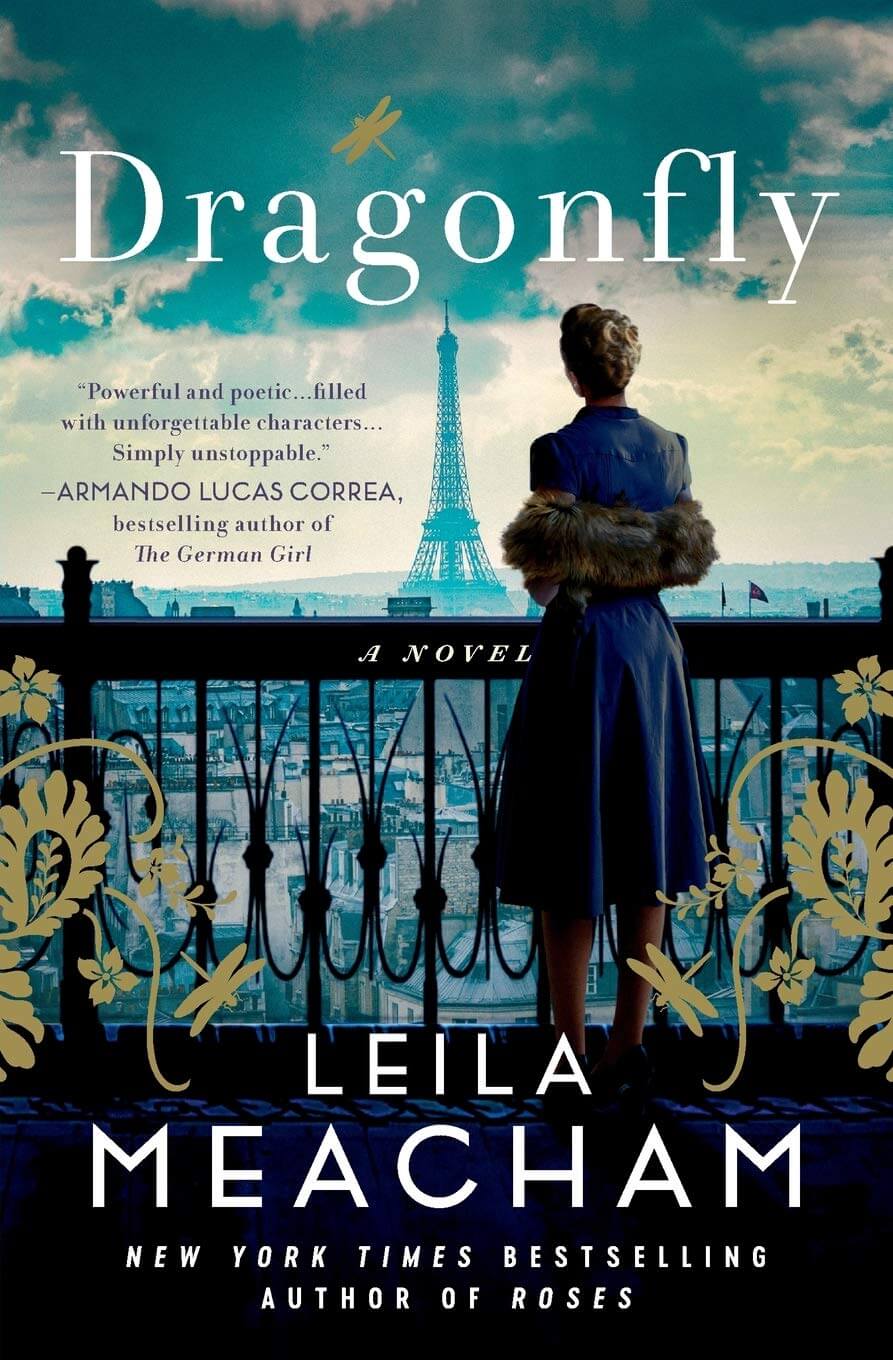 Leila Meacham’s incredible World War II saga chronicles a fictional team of young Americans recruited as OSS agents to infiltrate Nazi-occupied Paris. The team is code-named Dragonfly, and upon arrival in Paris, the group disperses and sets about to fulfill their unique missions while also pursuing their own individual agendas. The genius of Dragonfly is Meacham’s ability to vividly portray German-occupied Paris and the treachery that constantly existed for those working to thwart Hitler and the Nazis. Her novel frequently proves the maxim “the best laid plans of mice and men often go awry” as each agent must quickly and intelligently adjust to the challenges and unexpected issues that regularly arise. Clever, suspenseful and character-driven, Dragonfly is a tour-de-force and a fabulous addition to this genre. 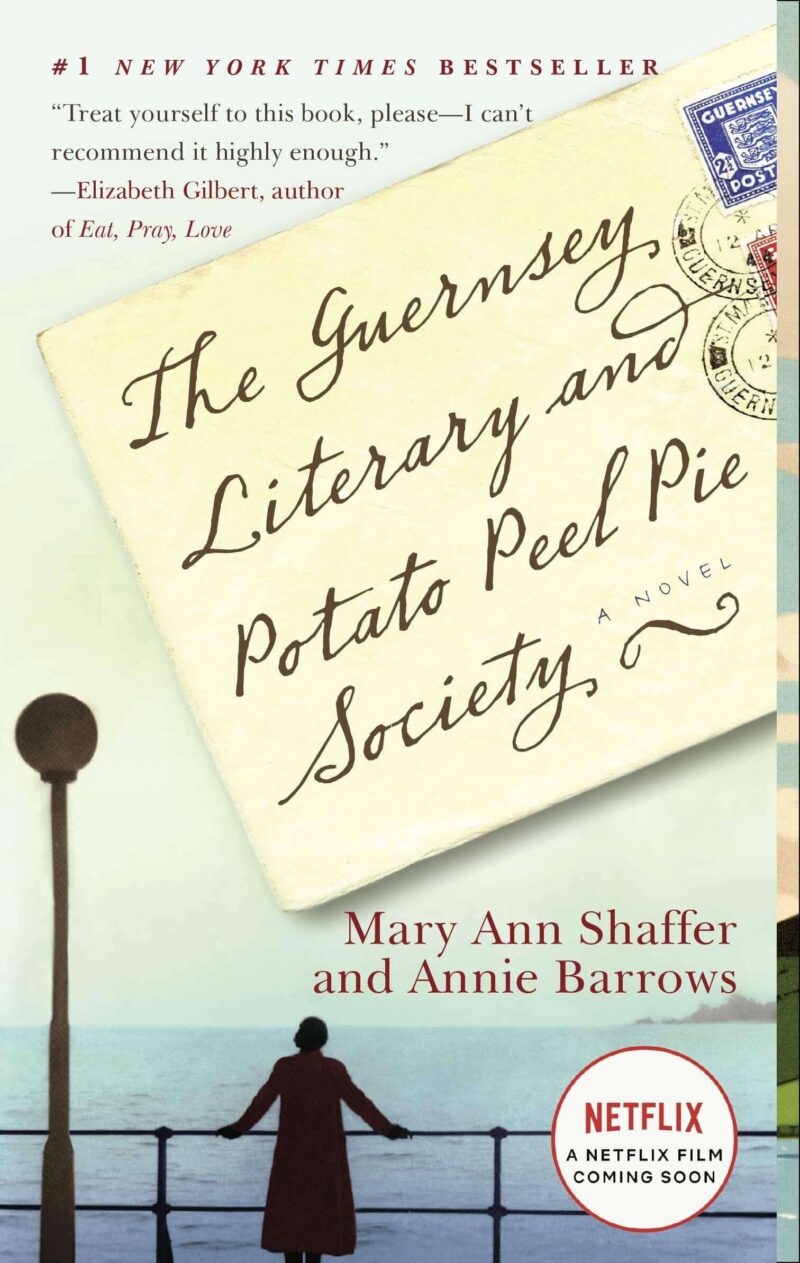 This cleverly crafted tale is another World War II story told in an epistolary format.  Guernsey, an island off the coast of England, was occupied by the Germans during the war for a substantial amount of time. Shaffer brings the occupation to life through letters written right after the war ends between a female writer named Juliet Ashton and a resident of Guernsey named Dawsey Adams. The Guernsey Literary and Potato Peel Pie Society, a book club consisting of a group of island residents, is created spur of the moment when several Guernsey residents are found breaking the curfew set by the occupiers. Juliet is enthralled with everything about the book club – its reading choices, its offbeat members and what life was like on the island under German occupation. Shaffer focuses on the strength of the human spirit and the importance of community, especially in dark times. 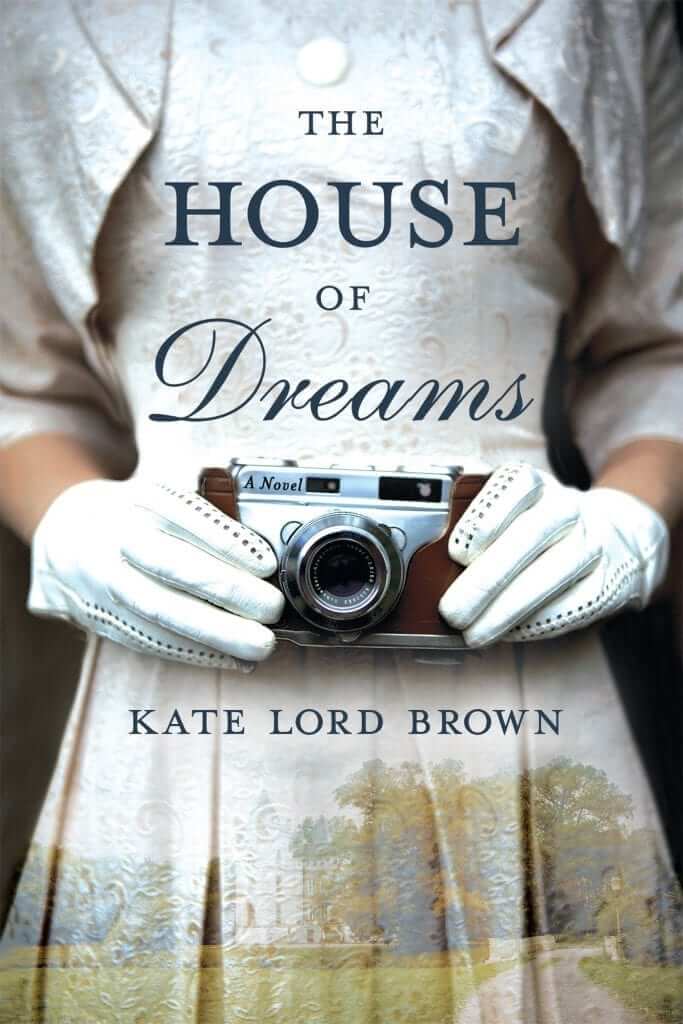 The House of Dreams by Kate Lord Brown

The House of Dreams chronicles the fascinating, little-known story of journalist Varian Fry and his team at the American Relief Center (ARC) in Marseille, France during World War II.  This remarkable group heroically managed to assist countless artists, writers and other intellectuals escape Nazi Germany during the war. The title of the novel refers to the house rented by the ARC right outside of Marseille where these famous artists and writers gathered while waiting to escape Europe. The Sunday meetings there were legendary, and people would come from all over to participate in the weekly sessions. Brown’s beautiful novel highlights the heroism of Fry and his team who helped save countless intellectuals and artists including Max Ernst, Hannah Arendt and Marc Chagall. 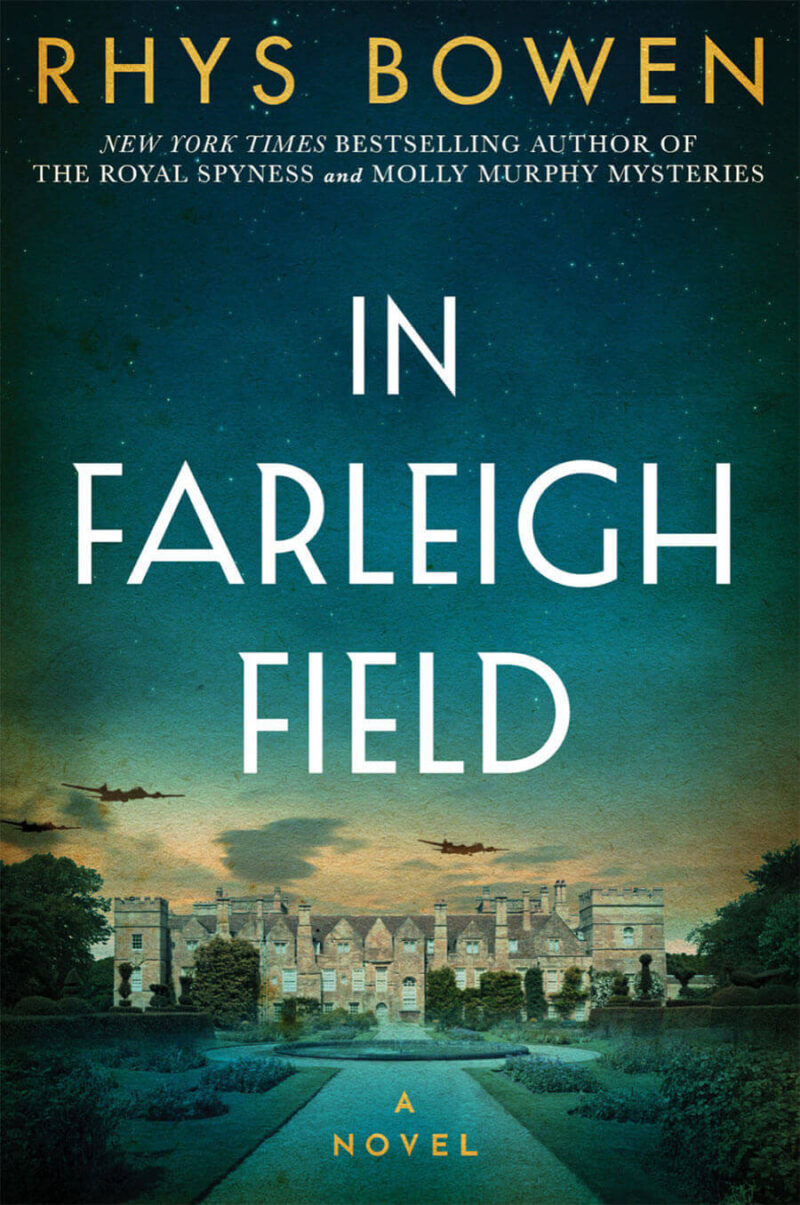 In Farleigh Field by Rhys Bowen

The central plot of the book is set at the ancestral home of Lord Westerham, named Farleigh Place, which is serving as headquarters for one of the British armed forces groups. Lord Westerham has five daughters, three of whom play large roles in the story: Pamela, Margot and Phoebe. Pamela works at Bletchley Park breaking German codes, Margot is in Paris working for the French Resistance, and Phoebe is at home worried about her discovery of the body of a soldier whose parachute failed as he tried to land near Farleigh Place. There are various subplots that develop as the story progresses and by the end, they tie everything together very effectively. Bowen’s exhaustive research is evident. The extra tidbits she includes add to the storyline in spectacular ways. 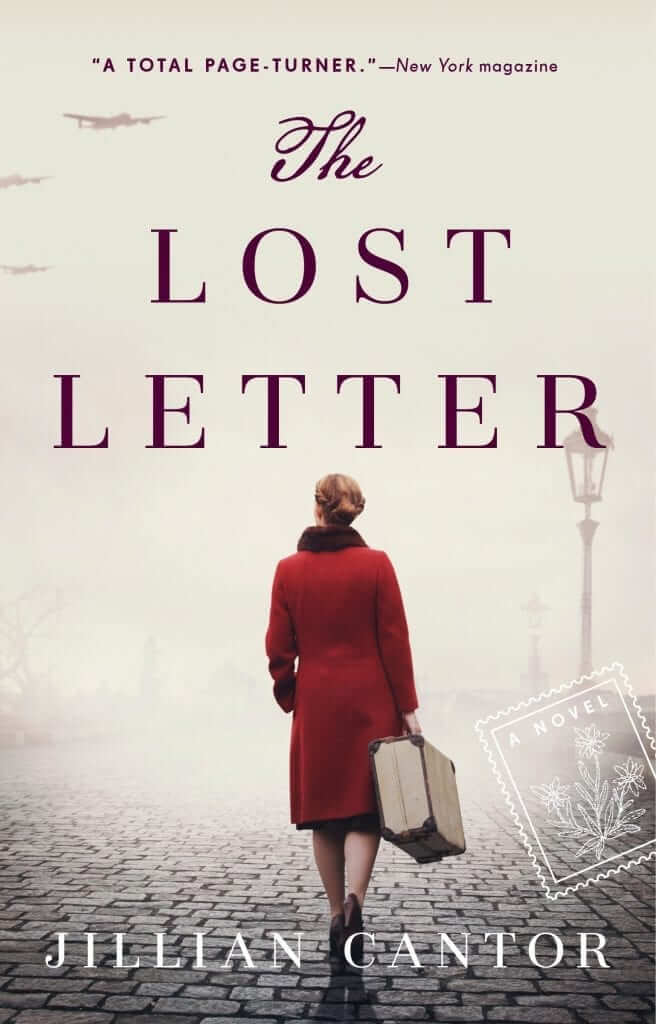 The Lost Letter by Jillian Cantor

Jillian Cantor fashions an intriguing and fascinating tale of resistance to the Nazis while highlighting the innovative ways resistance workers used to evacuate Jews from Austria. Inspired by actual events, The Lost Letter focuses on stamp engravers who helped the Austrian Resistance by sending covert messages in stamp designs and forging papers for Jews trying to leave the country. Cantor uses a dual timeline format, World War II and the present, and ties them together splendidly and seamlessly. The Lost Letter is a simply fabulous and stunning read. 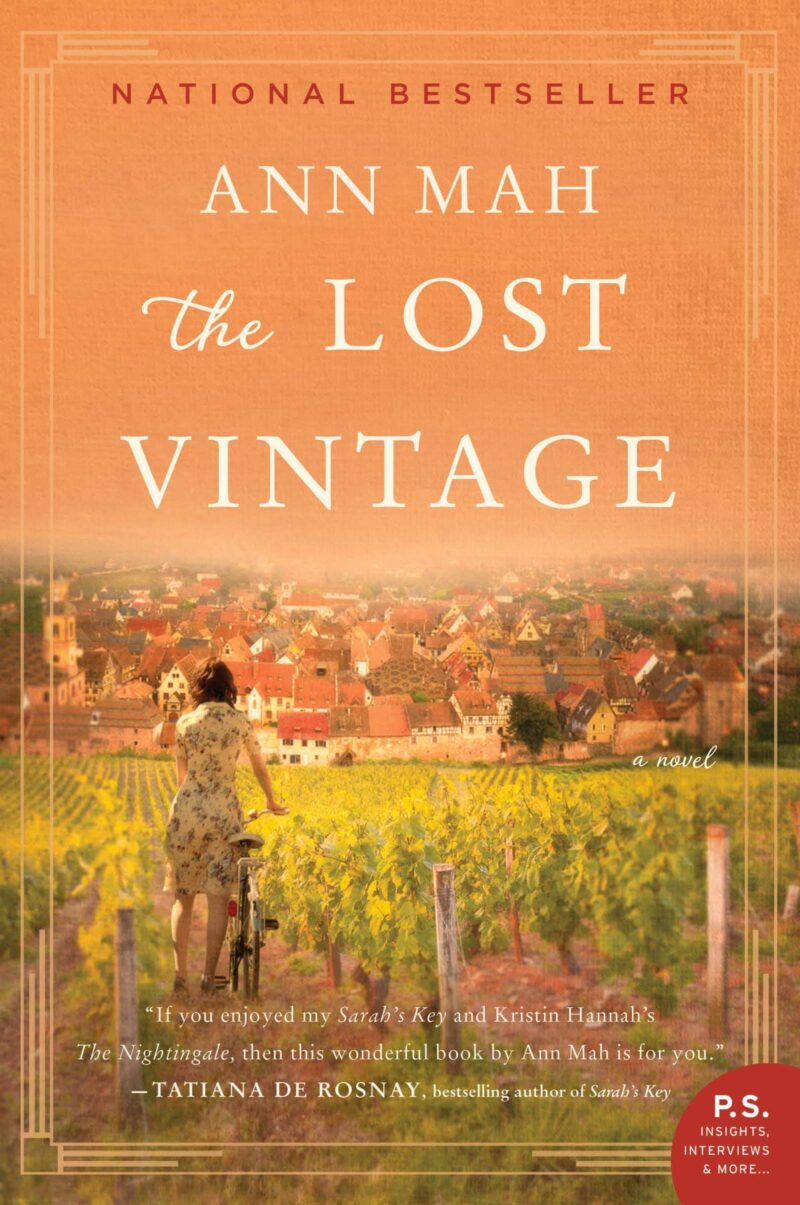 The Lost Vintage by Ann Mah

The Lost Vintage is a beautifully crafted tale focusing on the French Resistance during and after the war. In the present-day tale, Kate is studying to pass the Master of Wine Examination and travels to her family’s estate in Burgundy to attempt to master the Burgundian vintages. While there, she uncovers a hidden room filled with World War II resistance pamphlets and a vast amount of valuable wine. Spurred on by her discovery, Kate delves into her family’s past and uncovers a great aunt named Helene who was expunged from the family history because she had been labeled a collaborator following the war. Mah’s novel addresses the way the French dealt with collaborators, particularly women, following the war and the way these women were treated once denounced as collaborators (with or without evidence). 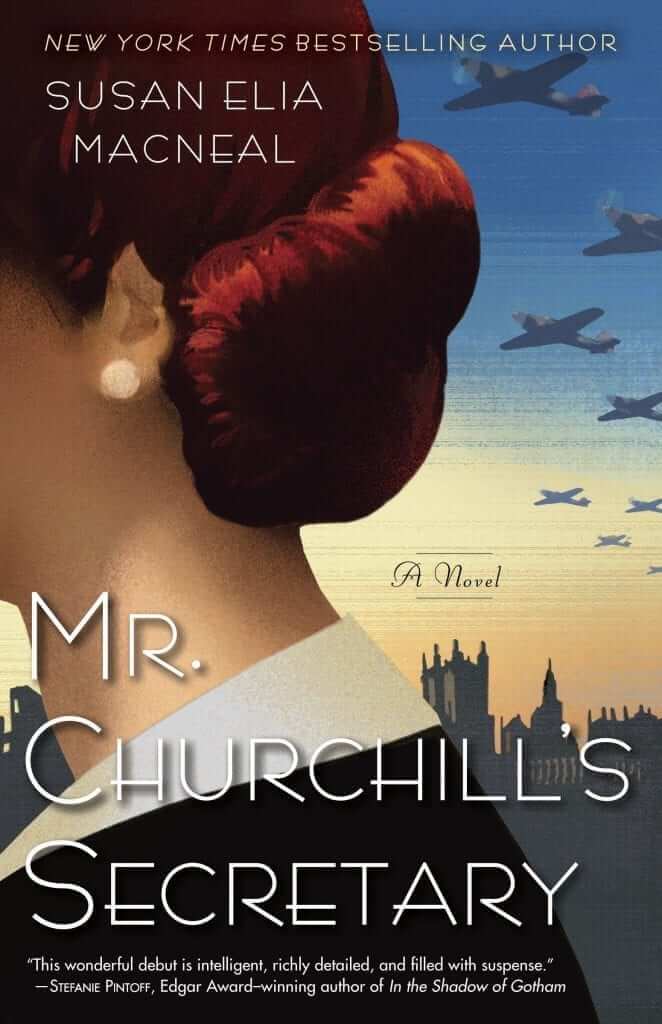 Mr. Churchill’s Secretary is the first book in the award-winning series featuring Maggie Hope. Highly educated, Maggie arrives in London to dispense with a house she inherited just as the Blitz begins. Eager to help the Allies defeat Hitler, she applies for a job and is hired as the newest secretary to Winston Churchill, a job for which she is immensely overqualified. However, her job allows her access to classified documents and soon she is enmeshed in a mystery that may incriminate her own family and lead to her demise. MacNeal’s detailed descriptions of war-torn London, the Churchill War Rooms and Winston Churchill combined with a clever mystery and memorable characters result in a stellar start to a highly regarded and entertaining series. 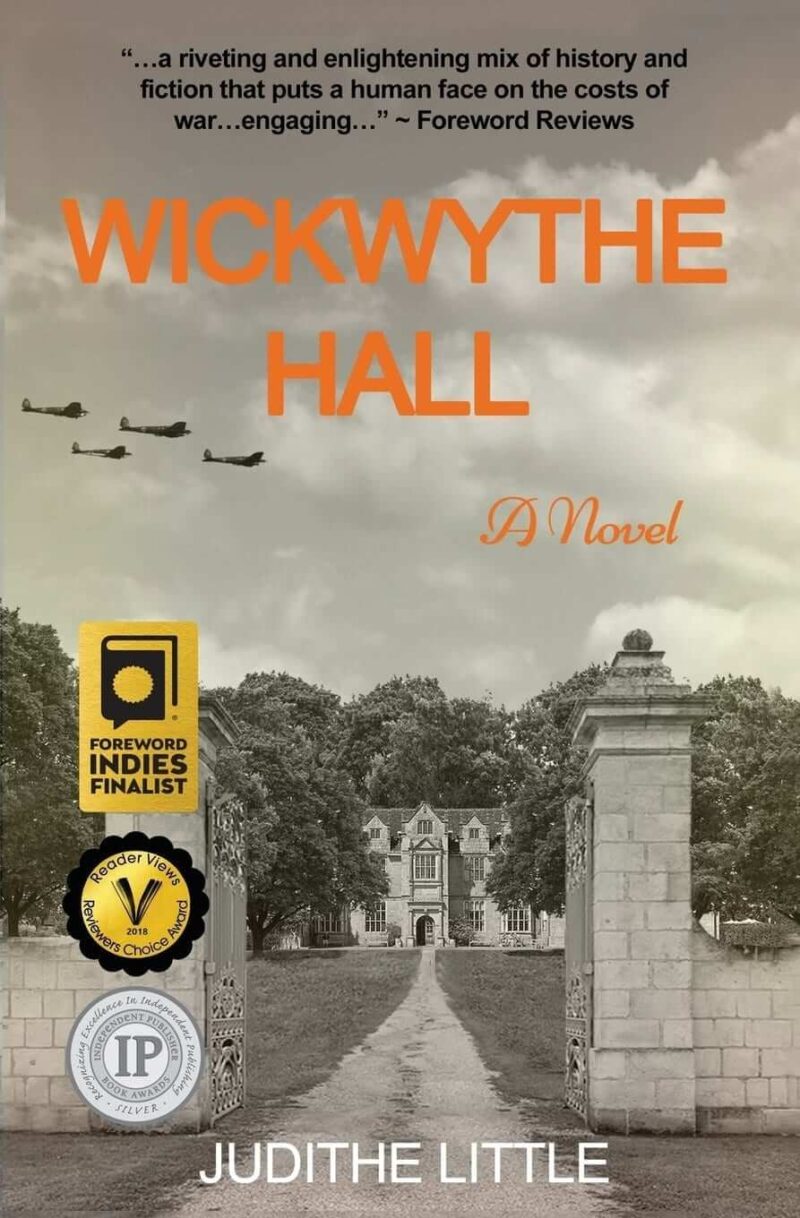 Judithe Little has a way with words, and readers will quickly be drawn into Wickwythe Hall. Little covers a wide range of aspects of the war deftly, and her writing is so descriptive that readers will feel as if they are waiting on the dock in Dunkirk as the soldiers arrived, walking with the French people as they fled German-occupied France, and fleeing Mers el-Kebir, Algeria as the British bombed the French ships during Operation Catapult. I was fascinated to learn about the bombing of French ships by the British during World War II, a little-known event today that demonstrates the complexity and horrors of war.

See the books that won our annual She Reads Awards for the Best Historical Fiction Books.