Every year thousands of our readers vote for their favorite books of the year in the She Reads Awards. Find out more about the books that were nominated and see which book was voted the Best Romance of 2022. 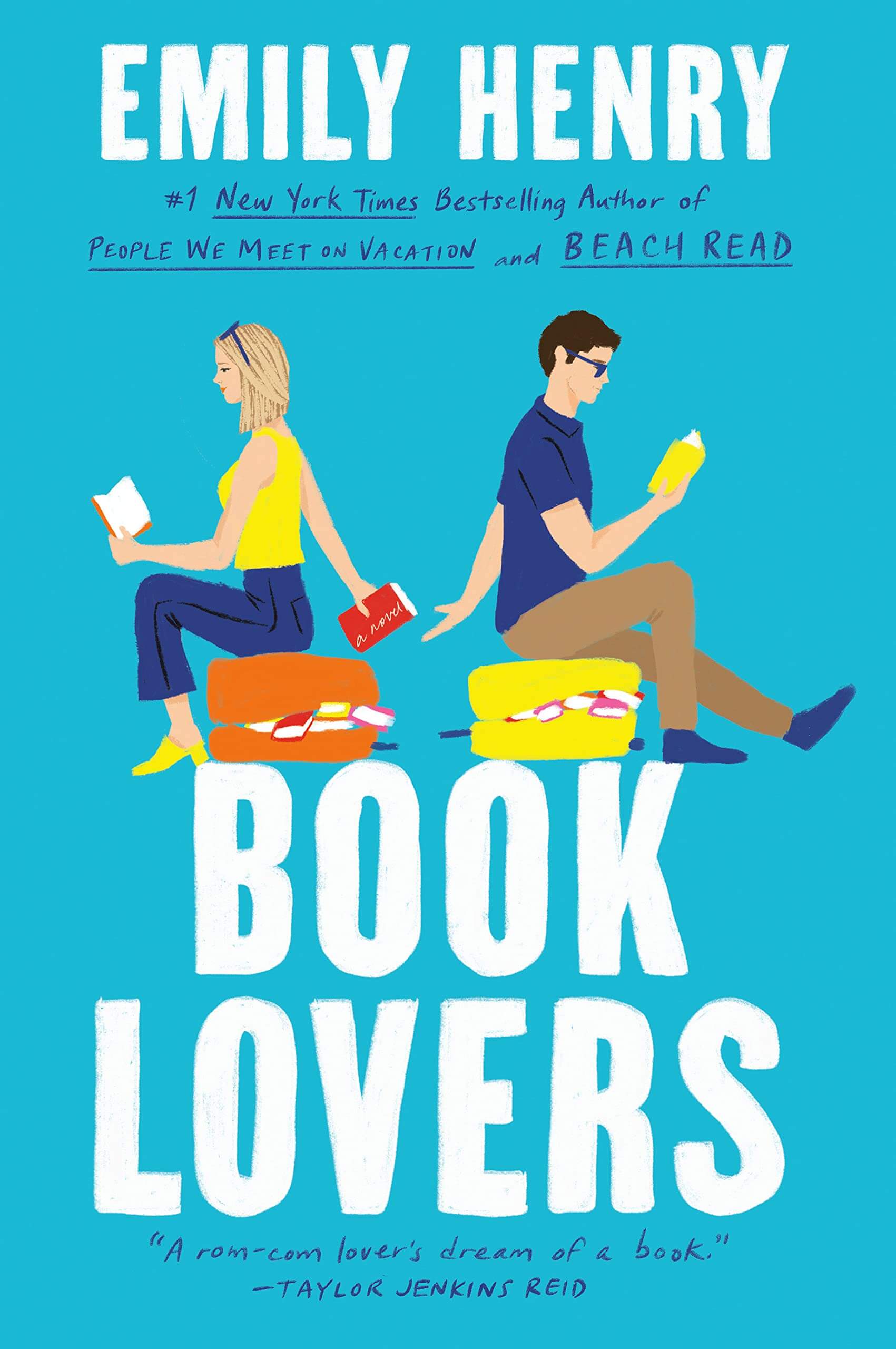 A high-powered, successful literary agent, Nora Stephens is known for her work ethic, her candor, and her dedication to her clients. But when her younger sister Libby begs Nora to take a trip with her to Sunshine Falls, North Carolina, she reluctantly agrees. Nora knows that Libby’s hoping this trip will turn out like one of her favourite romance novels and Nora will transform into a more laid-back version of herself – maybe even fall in love with a charming smalltown bartender. But what she doesn’t expect is to run into Charlie Lastra, a handsome but callous editor from back in the city. When Charlie finds himself in a position to edit one of one of her client’s books, Nora proposes they work together. For the rest of her month-long stay, Charlie and Nora explore a relationship they never expected—one that might compel them to rewrite their own stories.

The nominees for Best Romance of 2022 are: 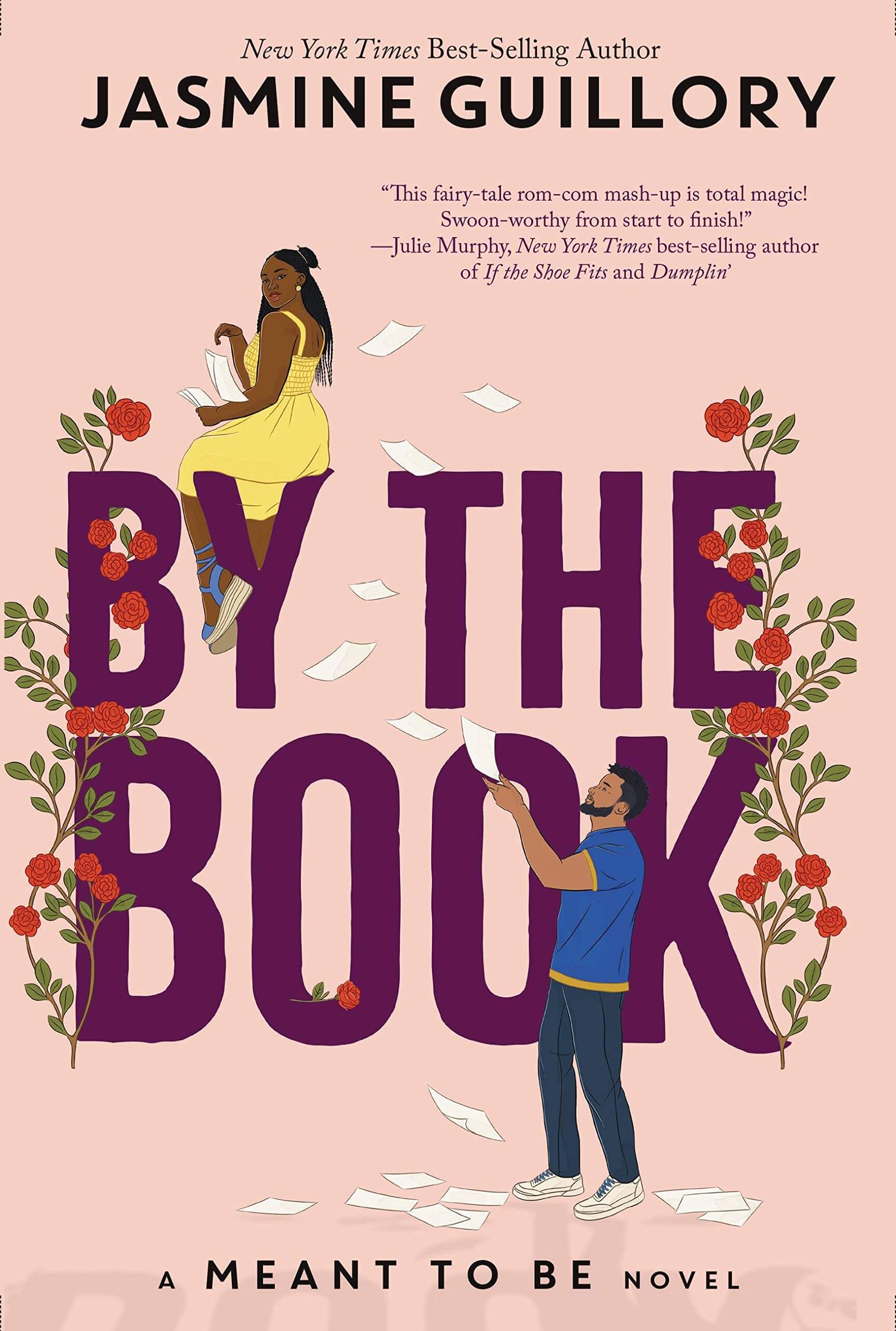 By the Book by Jasmine Guillory

This Beauty & the Beast retelling follows Isabelle, a twenty-something woman still living at home, and one of the only Black employees at her publishing house. Overworked and underpaid, conflicted about speaking up, she longs for something more. When she overhears her boss complaining about a “beastly” hot shot author who has yet to deliver his manuscript, she jumps at the chance to prove her worth and get some much-needed recognition. They find something sweet, and almost kind, but he was mean and he was coarse and unrefined. This tale is as old as time, proving to get to know someone you may just have to read between the lines. 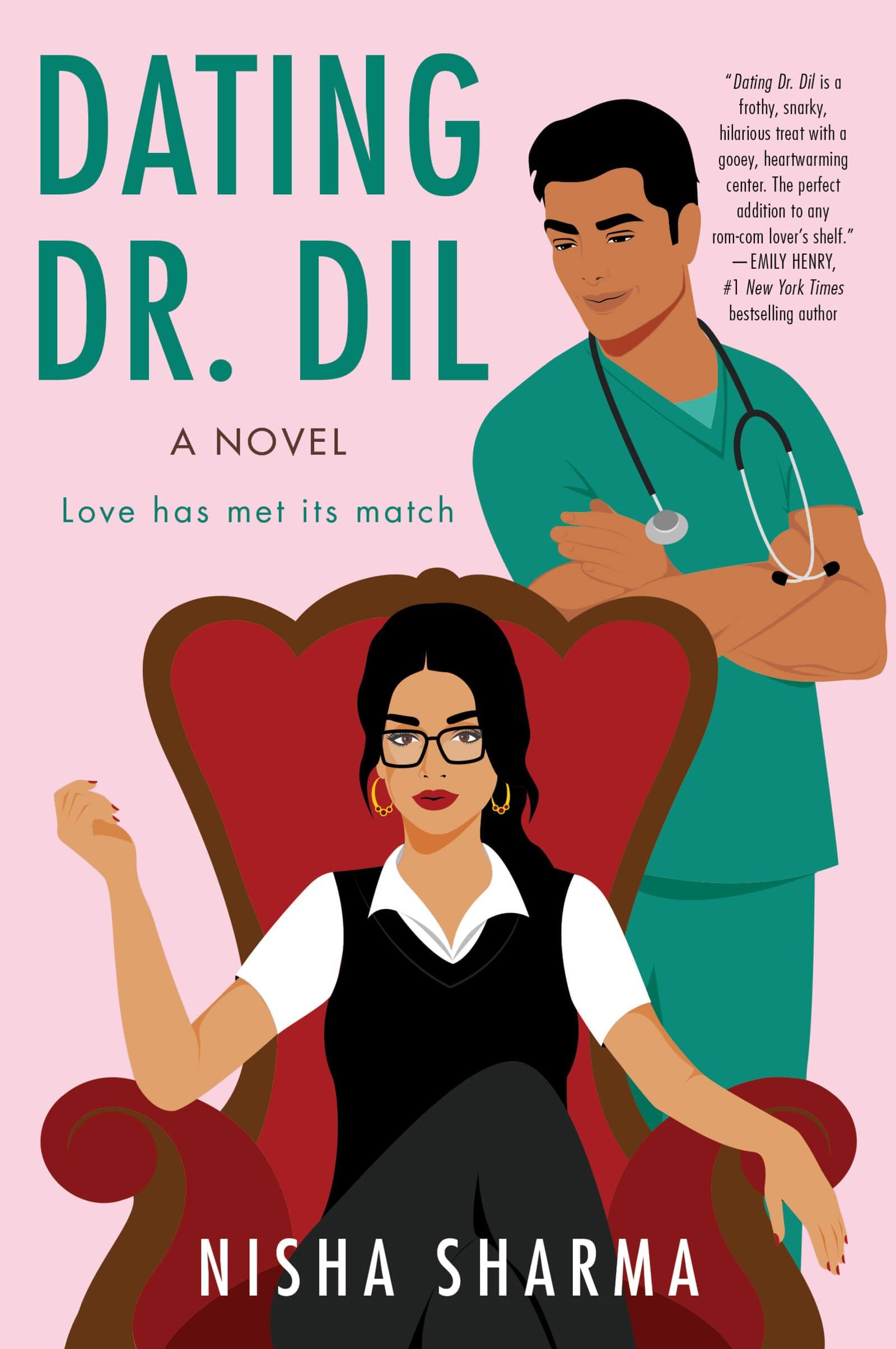 Kareena Mann has always dreamt of finding her perfect match, but when her father announces that he plans to retire and sell their home, Kareena makes a deal that forces her to speed up the process: If she can find her soulmate by the date of her sister’s engagement party, Kareena will get to keep the house. Dr. Prem Verma is a cardiologist and the host of the Dr. Dil Show, but he only fixes hearts in the literal sense. When a heated debate between Kareena and Prem goes viral, Prem is at risk of losing his largest community center donor. He needs to fix his image and get his funding back. Kareena needs a date for her sister’s engagement party. Can the two pull off a fake relationship to get what they want? Or will their conflicting feelings stand in the way? 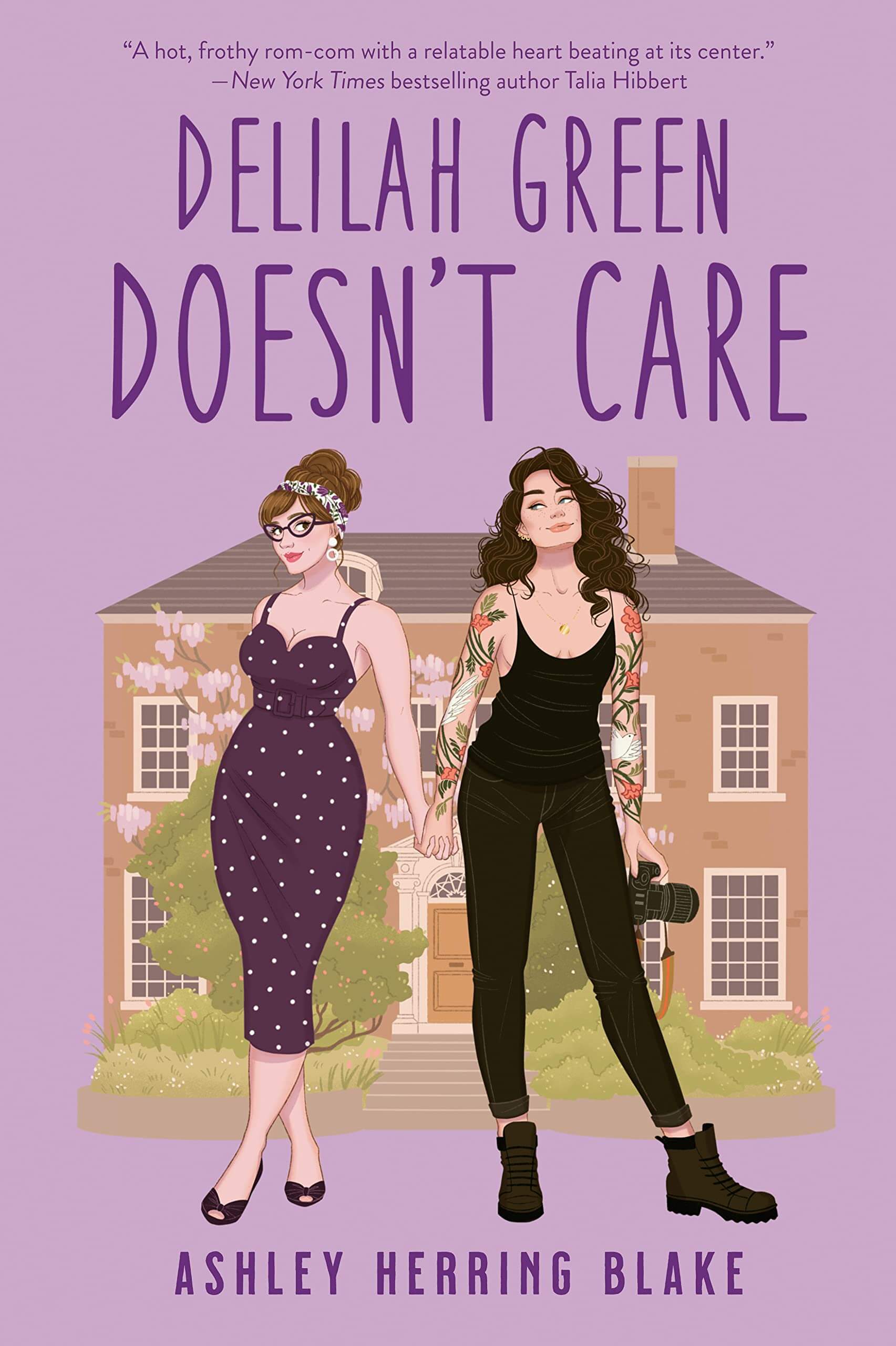 Delilah Green has no plans to return to her hometown of Bright Falls and her distant stepfamily. But when her estranged stepsister, Astrid, guilts her into photographing her wedding, Delilah heads back to her former home. When she runs into Claire, a stuck-up friend of Astrid’s, she realizes Bright Falls might have more fun to offer. Delilah is an unwelcome surprise to Claire’s life of running a bookstore and raising her daughter. When the two are thrown together during wedding preparations and a plan to break up Astrid and her awful fiance, Claire realizes she might not be able to resist Delilah—and she might not want to. 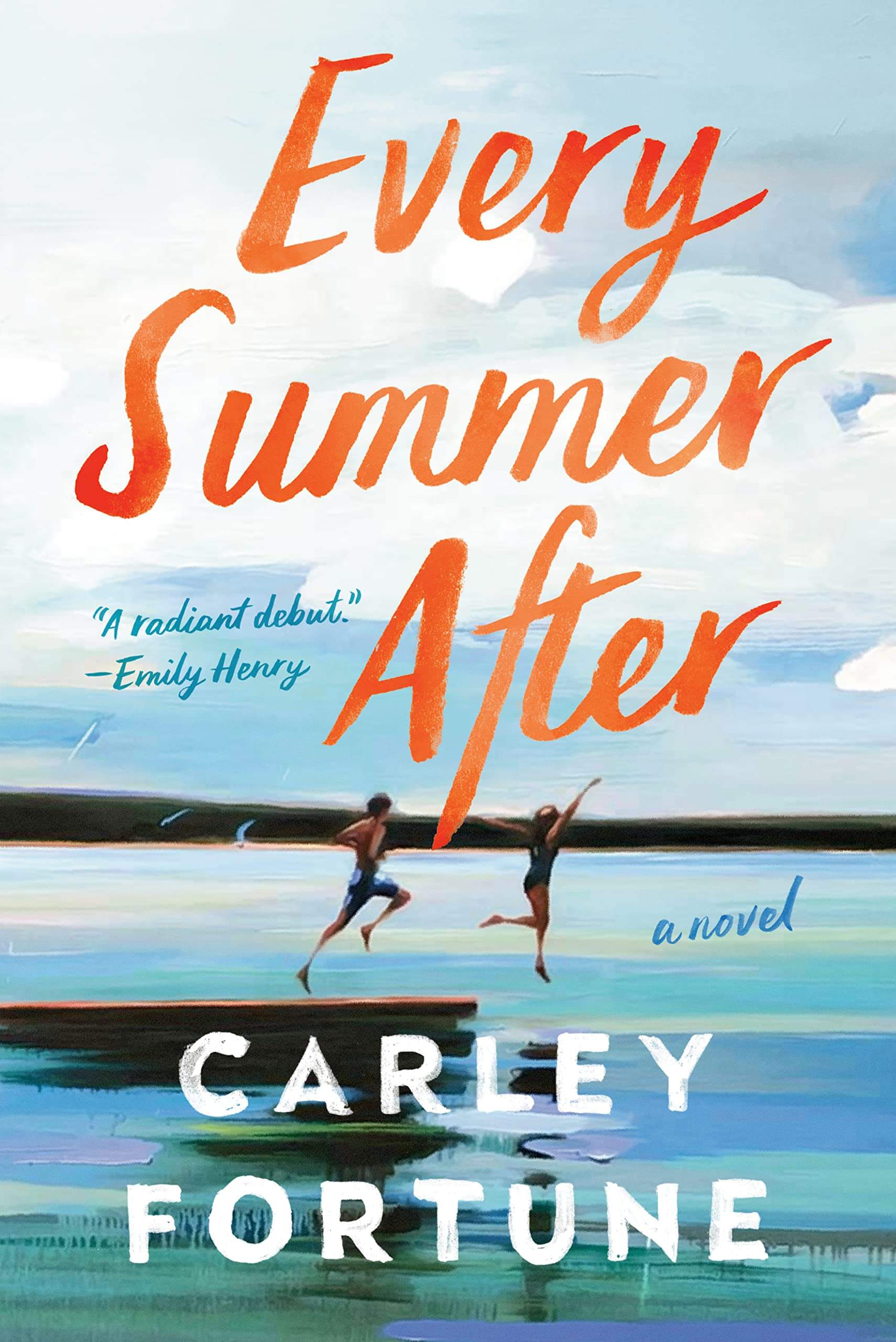 Every Summer After by Carly Fortune 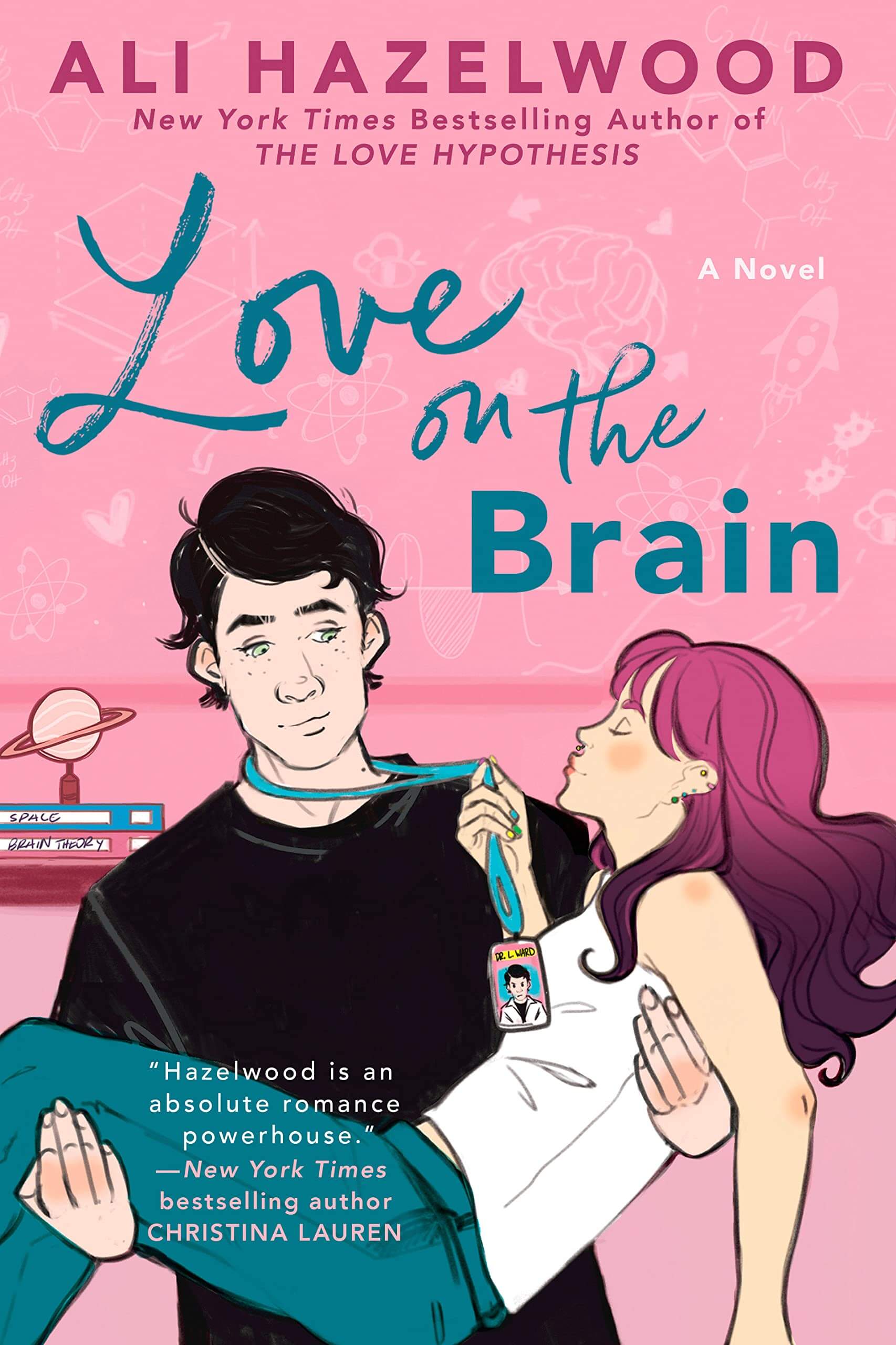 Love on the Brain by Ali Hazelwood

When Bee Königswasser is offered the lead on a neuroengineering project at NASA, there’s only one obstacle that makes her hesitant to accept: Levi Ward. Levi is her tall, handsome co-leader, who also happens to be her grad school archnemesis. But as their project progresses and Bee runs into trouble, her view of Levi begins to change. His attention and support have her second-guessing the dynamic of their relationship, and ultimately forces Bee to assess the risk of putting her heart on the line. 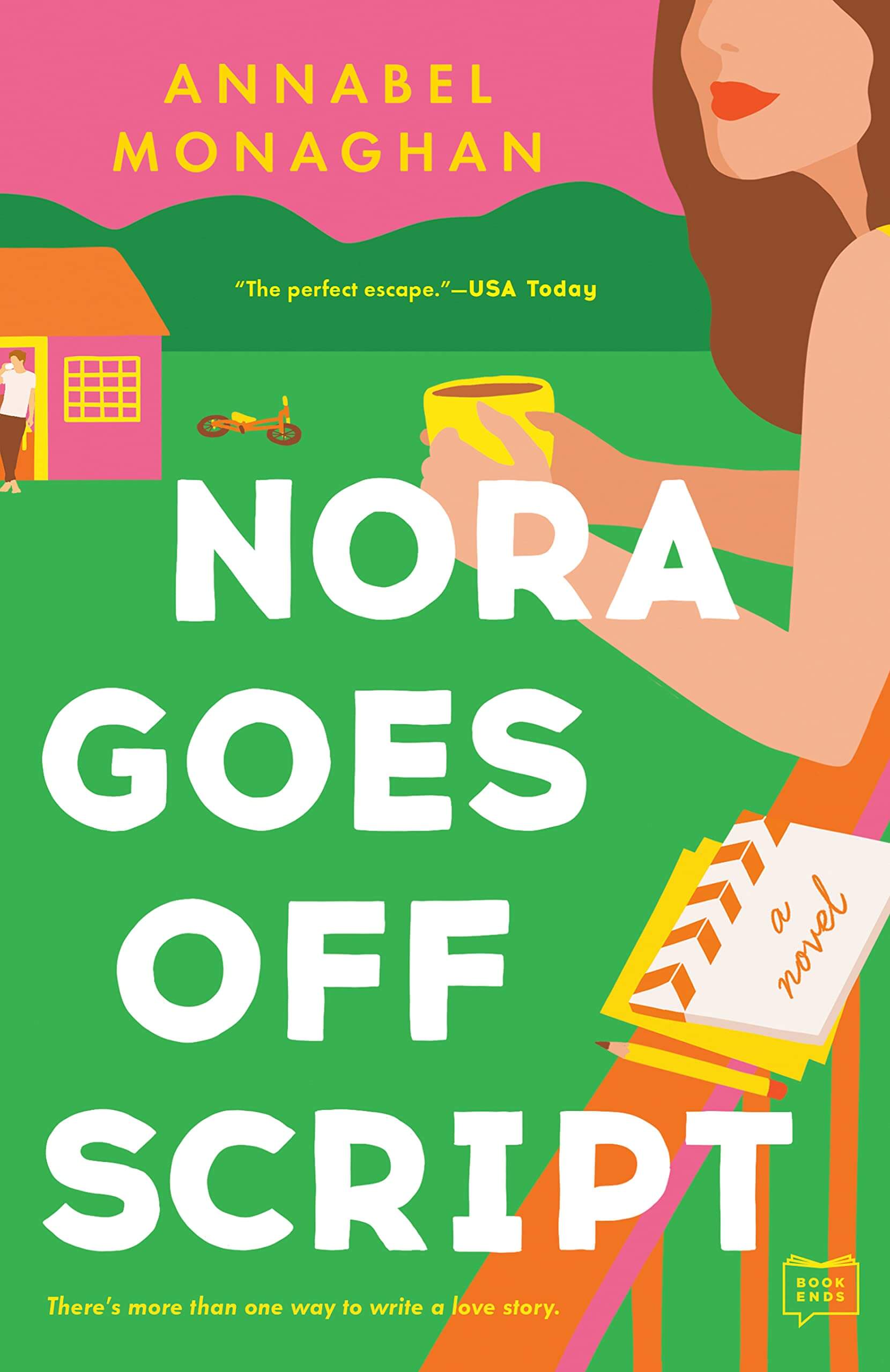 Nora Hamilton is a romance channel screenwriter, who knows exactly what love is. Or so she thinks until her too-good-to-work husband leaves her and their two kids. Spinning the story of their marriage failure into gold, she writes the best script of her career. Shocking everyone, especially Nora, the script is picked up for the big screen and requests to film at her 100-year-old-home. Former Sexiest Man Alive, Leo Vance, is cast as her deadbeat husband and Nora knows her life will never be the same. After shooting wraps, Nora finds Leo on her porch, with a bottle of half-empty tequila and a proposition. He will pay Nora a thousand dollars per day, to stay for one week. Seven days and seven grand is enough of a bargain to entice Nora to say yes, but is it enough to break her heart? 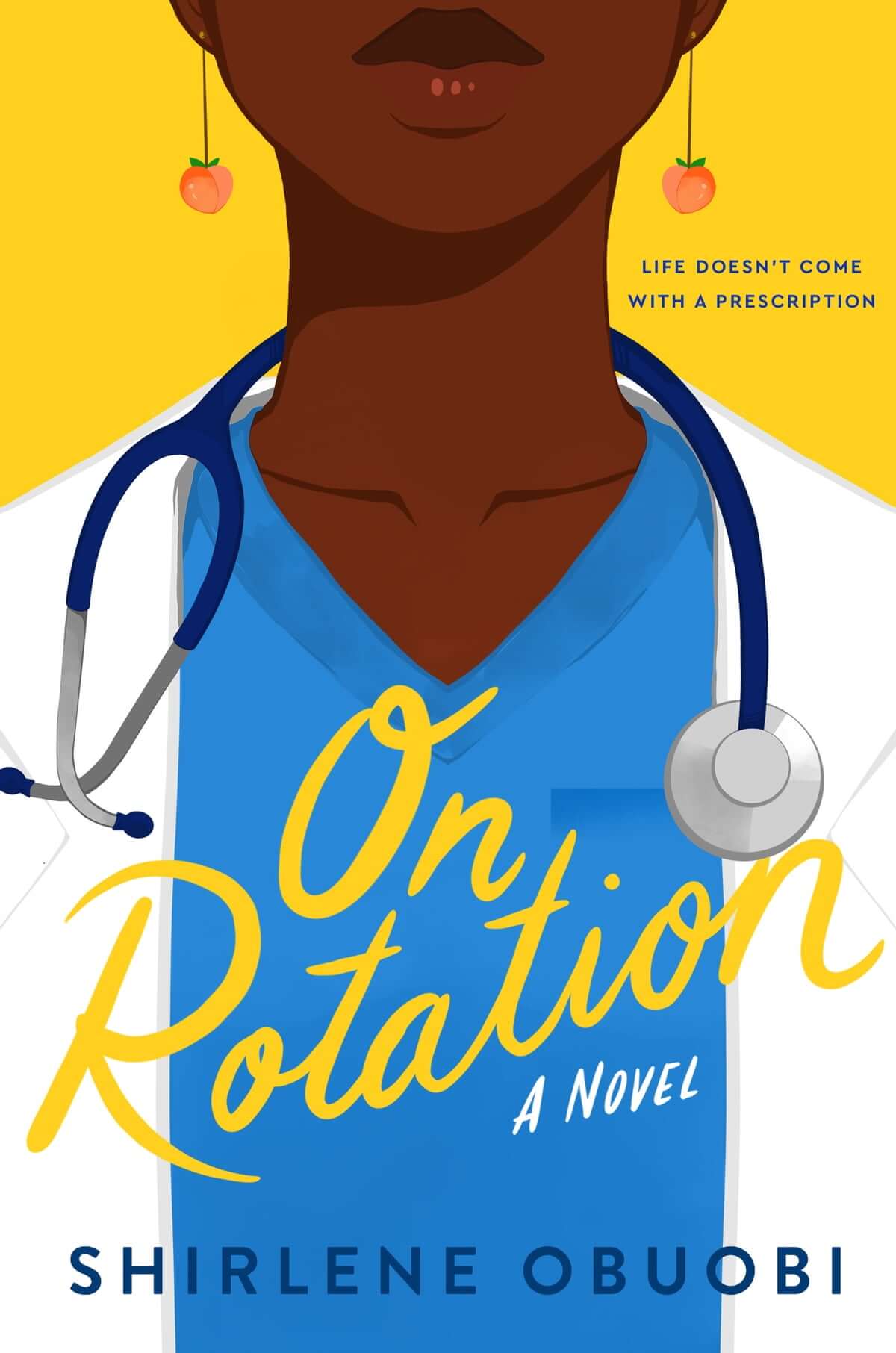 On Rotation by Shirlene Obuobi

The daughter of immigrant parents, Ghanaian-American Angela Appiah lives life exactly according to their plan. She has a successful boyfriend, is on her way to becoming a doctor, and has motivated, talented friends. But when her boyfriend breaks up with her, she fails an exam, and her friends become distant, her parents no longer look at her the same. To complicate matters, a man her parents would never accept, Ricky Gutierrez, enters the picture and seems to appreciate Angie for who she really is, rather than her accomplishments. 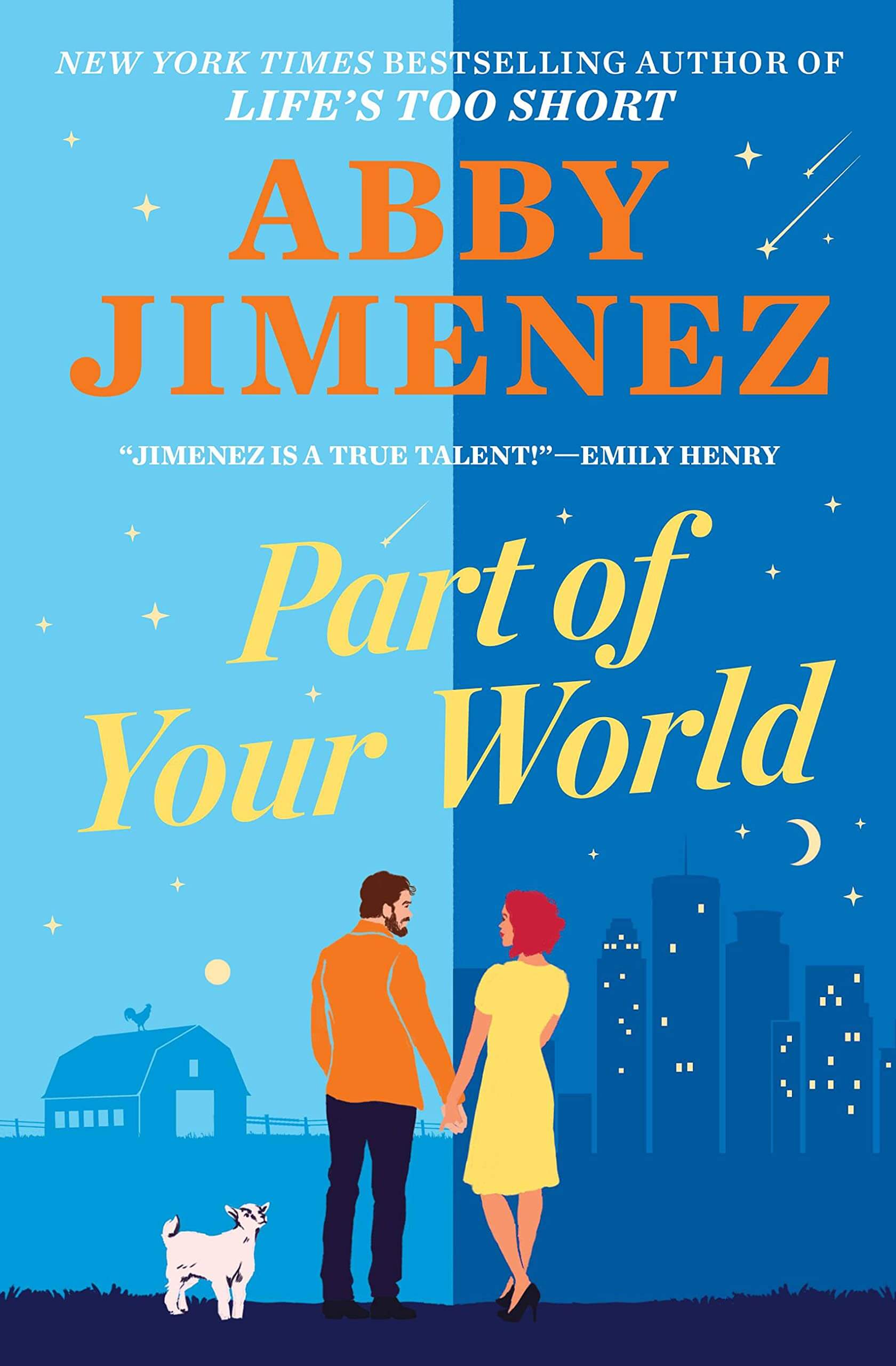 Part of Your World by Abby Jimenez

Alexis Montgomery’s world has been turned upside down by Daniel Grant, a hot carpenter who’s ten years younger than her. He’s her complete opposite, but their chemistry is undeniable. The only problem is, Alexis comes from a legacy of world-renowned, ultra-wealthy surgeons and there’s no chance that she can bring Daniel into her world and away from the tight-knit town where he lives. However, anything more than a short-term fling would mean turning her back on her family, the opportunity to help thousands of people, and being anything more than a “mere” ER doctor. Her relationship with Daniel is teaching her what’s really important and giving her more joy than anything else. With so many differences between them, how can Alexis possibly choose between her world and his? 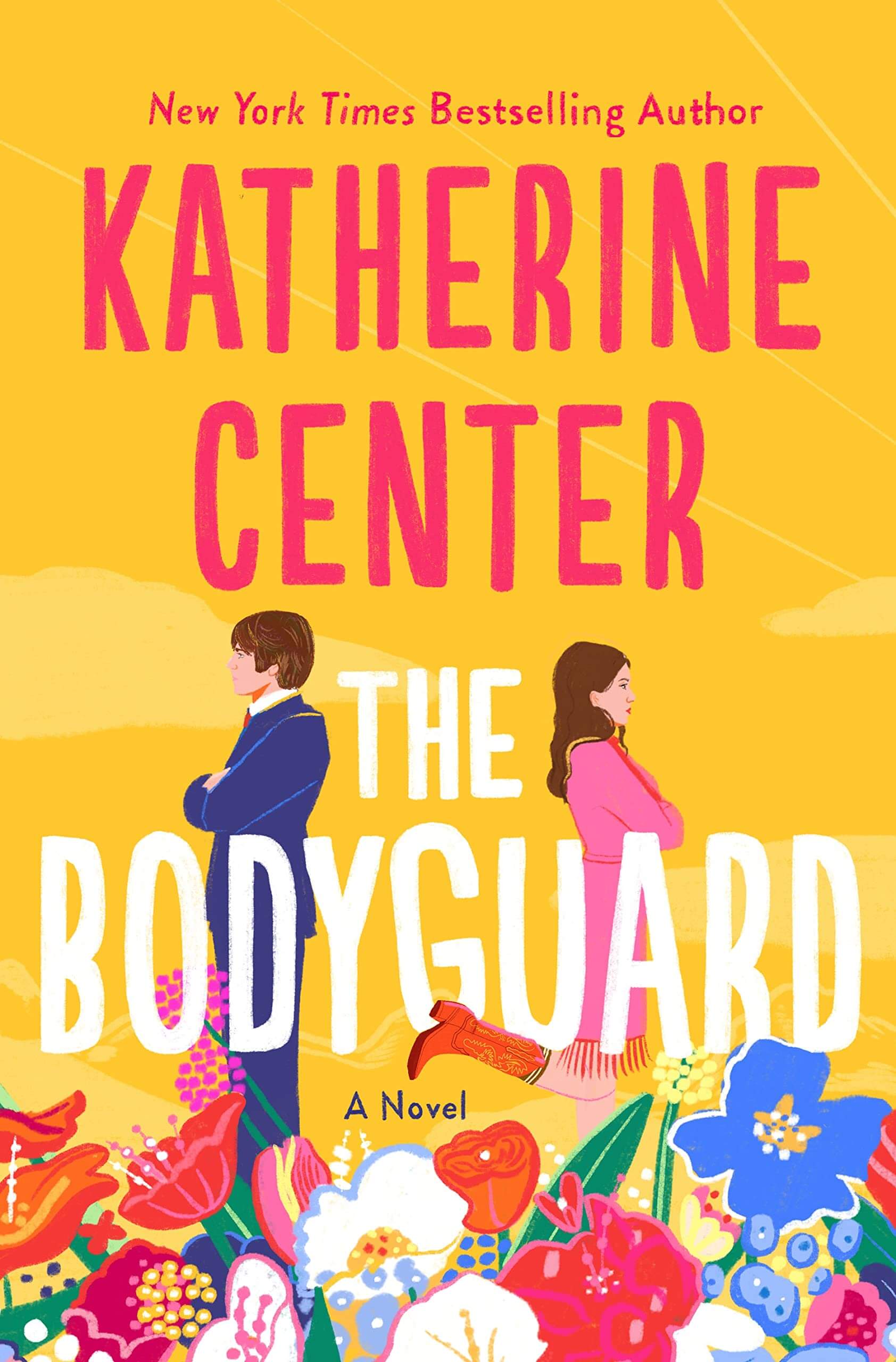 The Bodyguard by Katherine Center

Hannah Brooks, innocent as she may seem, is a highly trained bodyguard that could kill you with a wine bottle opener. When she’s hired to protect the objectively handsome and ripped Jack Stapleton from a dangerous stalker, she can hardly keep herself from swooning. Jack doesn’t want his family to know about his stalker so, when he has to visit the family ranch, he asks Hannah to pretend that she’s his girlfriend. Hannah reluctantly agrees. But on the ranch, she finds herself being swept away by the fantasy of being Jack’s girlfriend, and her attraction to him sparks into something more. But does Jack feel the same way? 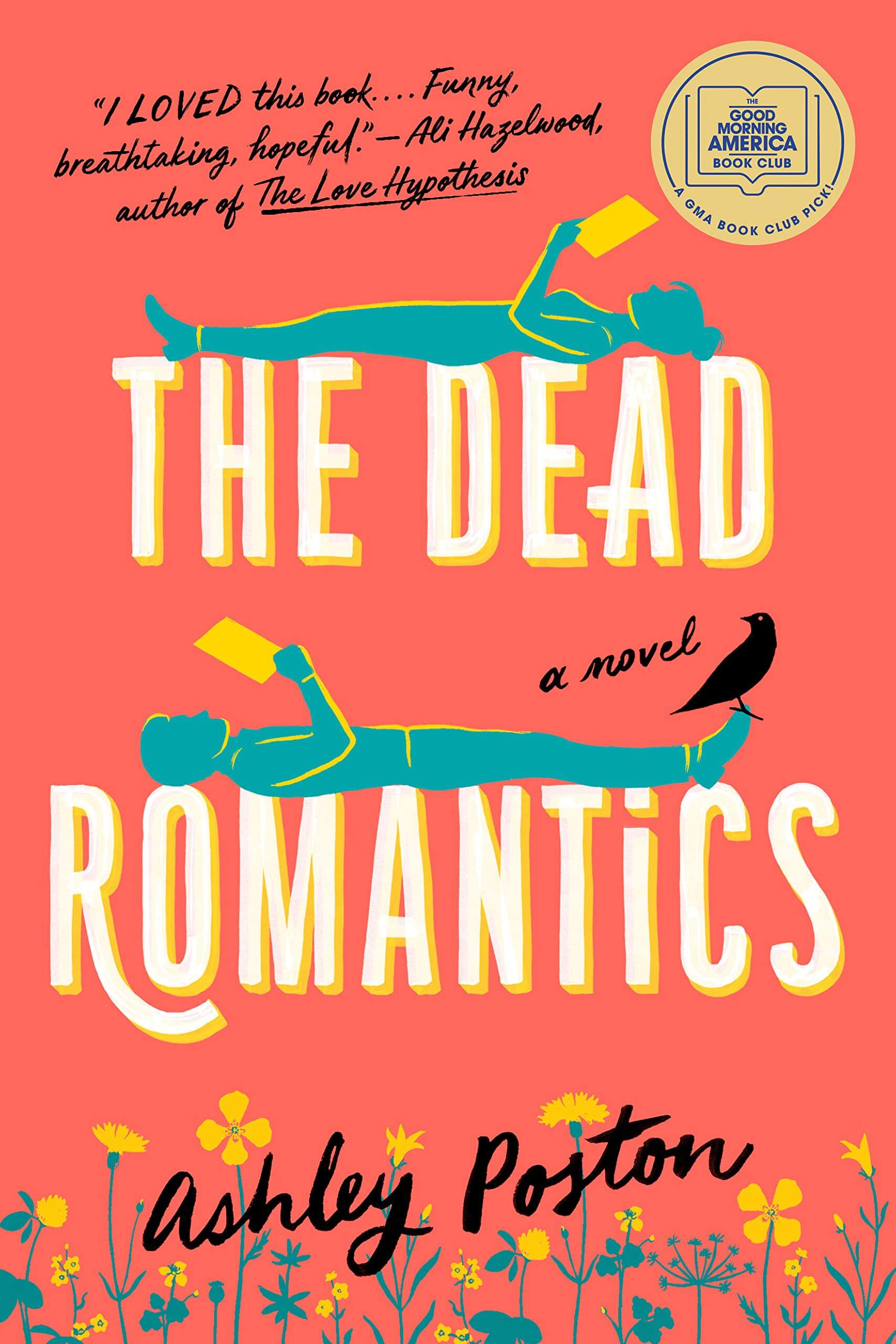 The Dead Romantics by Ashley Poston

When romance ghostwriter Florence Day goes through a terrible breakup, she finds she can no longer write about love. To make matters worse, her new editor refuses to give her an extension for her latest book. She’s ready to hang up her writing career, but then she receives devastating news that her father has passed away. Florence returns to the Southern town she left in her rear-view mirror all those years ago and is shocked to find a ghost standing at the door of her family’s funeral parlor: The ghost of her new editor. As she works to help him resolve whatever unfinished business is keeping him tied to the living world, she begins to question everything she thought she knew about love. 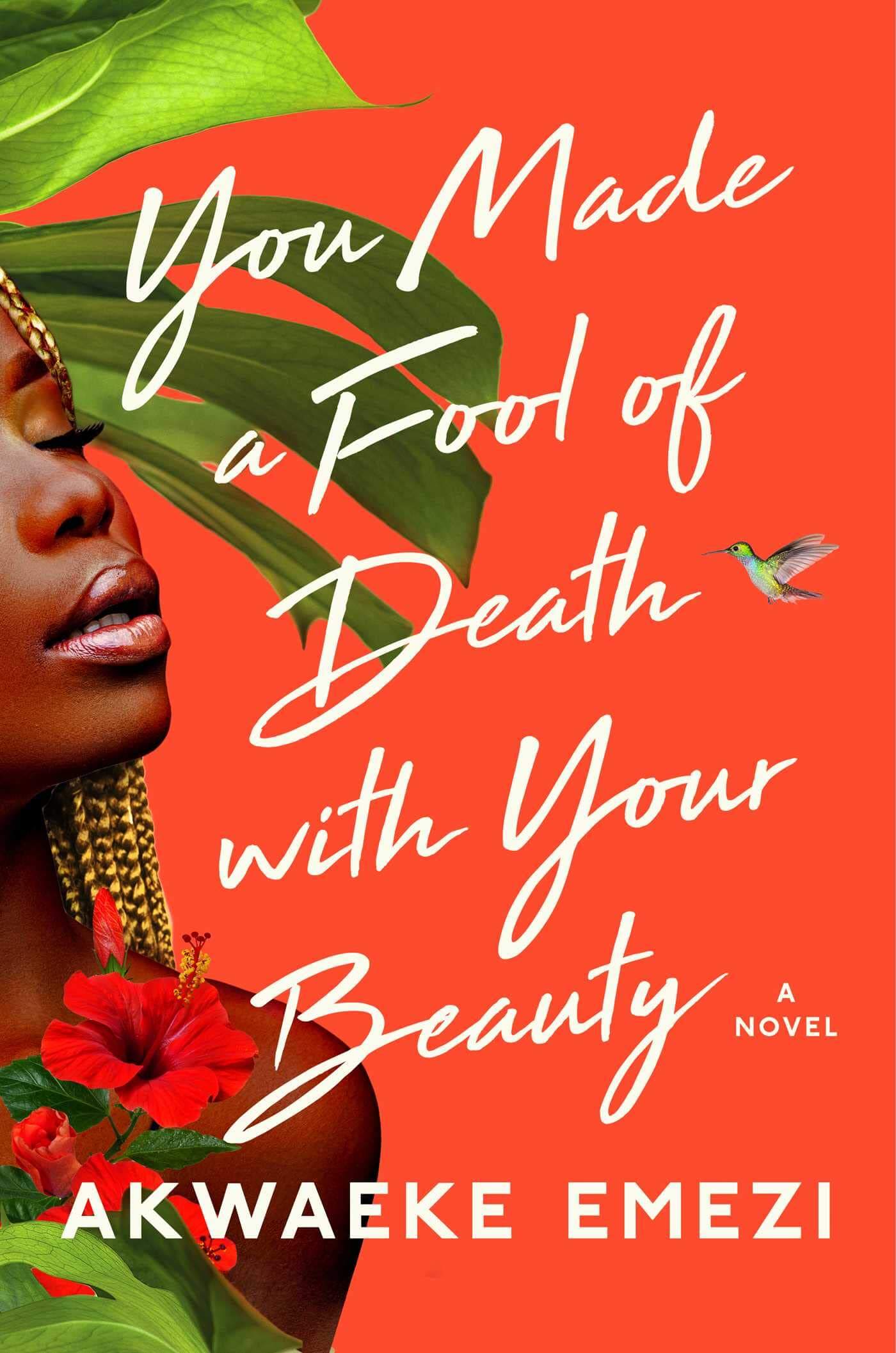 Five years ago, the love of Feyi’s life was killed in an accident. Since then, Feyi has become a new person. She’s an artist with her own studio, sharing an apartment with her best friend who insists she tries dating again. When a steamy encounter at a party leads to a summer of adventure, romance, and professional success, Feyi’s world is changed once more. But her new relationship might be sabotaged by the desire she feels for the one man she can’t have: Her boyfriend’s father. Now Feyi must decide who she wants to be and how much she is willing to risk for a second chance at love.