Books for Fans of Laura Dave

Books for Fans of Laura Dave

Laura Dave has a style like no other author; that’s why, though her books fall into different genres, fans still connect with her voice across all her books: thoughtful, wry, humorous takes on family dynamics, reconnecting to roots, and modern love. Think about it: 800 Grapes celebrates coming-of-age and what it means to come home; Hello Sunshine examines what’s real vs. fake success and happiness; while Dave’s last book, The Last Thing He Told Me, really tipped the scales to the thriller side. From quirky love stories and heartwarming tales to thrillers with a twist, there’s something on this list for everyone. 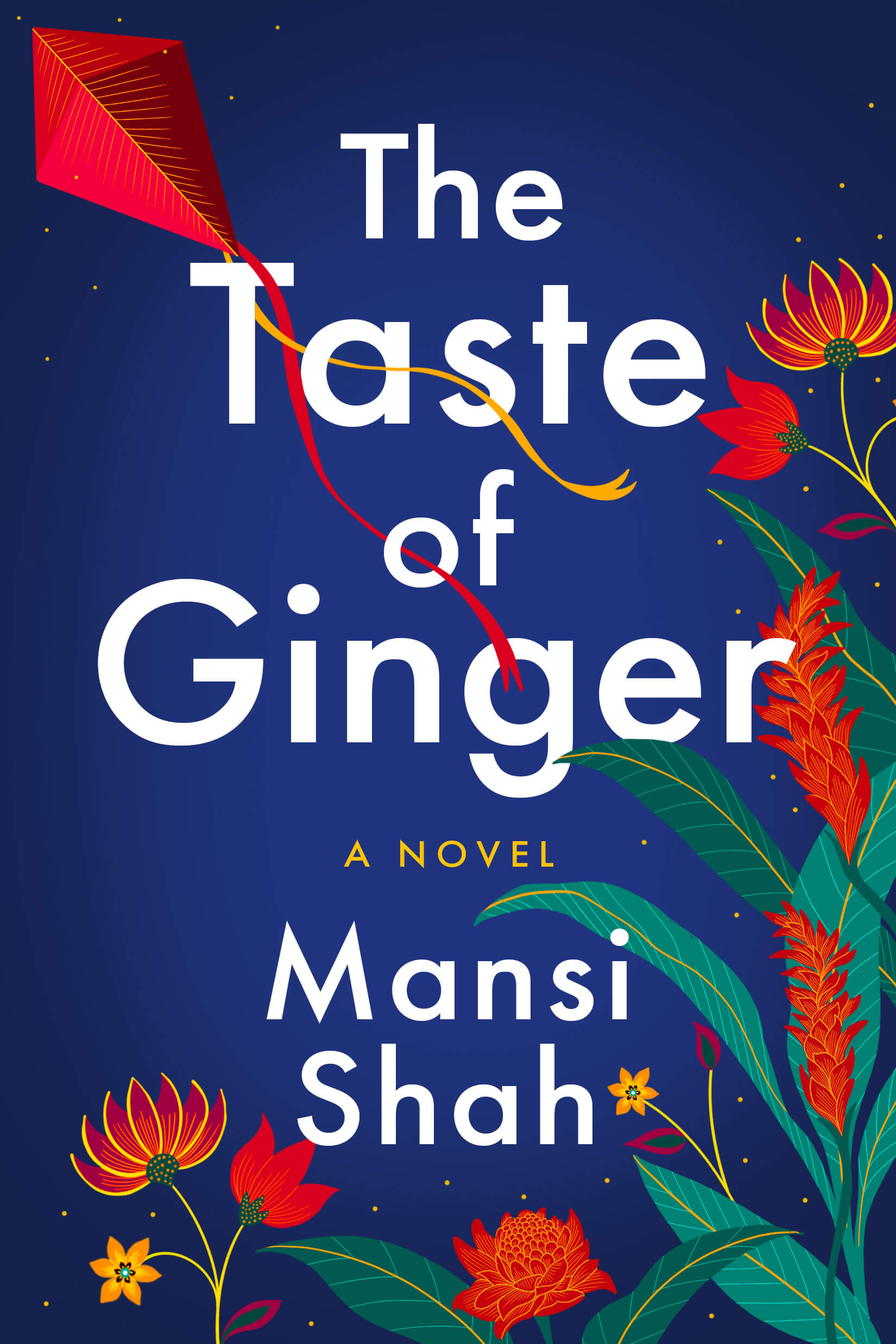 The Taste of Ginger by Mansi Shah

When Preeti Desai moved to America with her family, she never imagined that falling in love with a boy who wasn’t Indian would deeply wound her relationship with her parents. As the years passed, she found success at a law firm in Los Angeles but still hadn’t mended things with her mom and dad. When a tragic accident occurs in her hometown, she has no choice but to head back to India and finally face her family. Upon being reacquainted with the familiarity of home, she begins to experience the reality of privilege versus poverty. To repave her future, she realizes that she must make amends with her past. 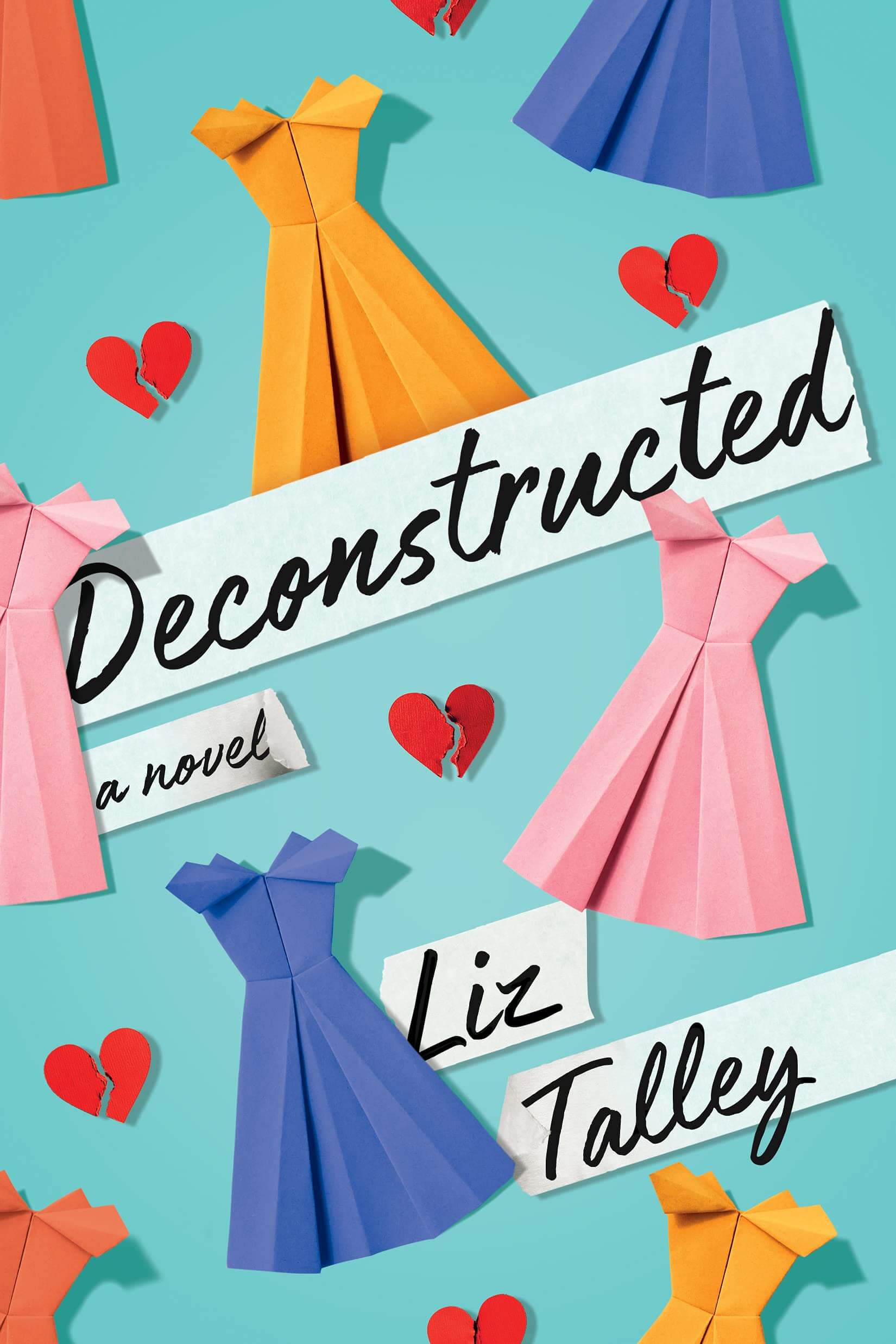 When Cricket Crosby heard that her husband was cheating, she didn’t want to believe it. So she did what any southern belle would do; she hired a private investigator to get to the bottom of it. Meanwhile, her assistant Ruby is glad to help out at Cricket’s antique store while she’s preoccupied. In fact, it’s just the restart she needs to emerge from her shady past and begin again. However, she wasn’t prepared for Cricket’s life to be such a mess, and stepping in to help would mean revealing skeletons in her own closet. But together, this unlikely team is a force to be reckoned with. 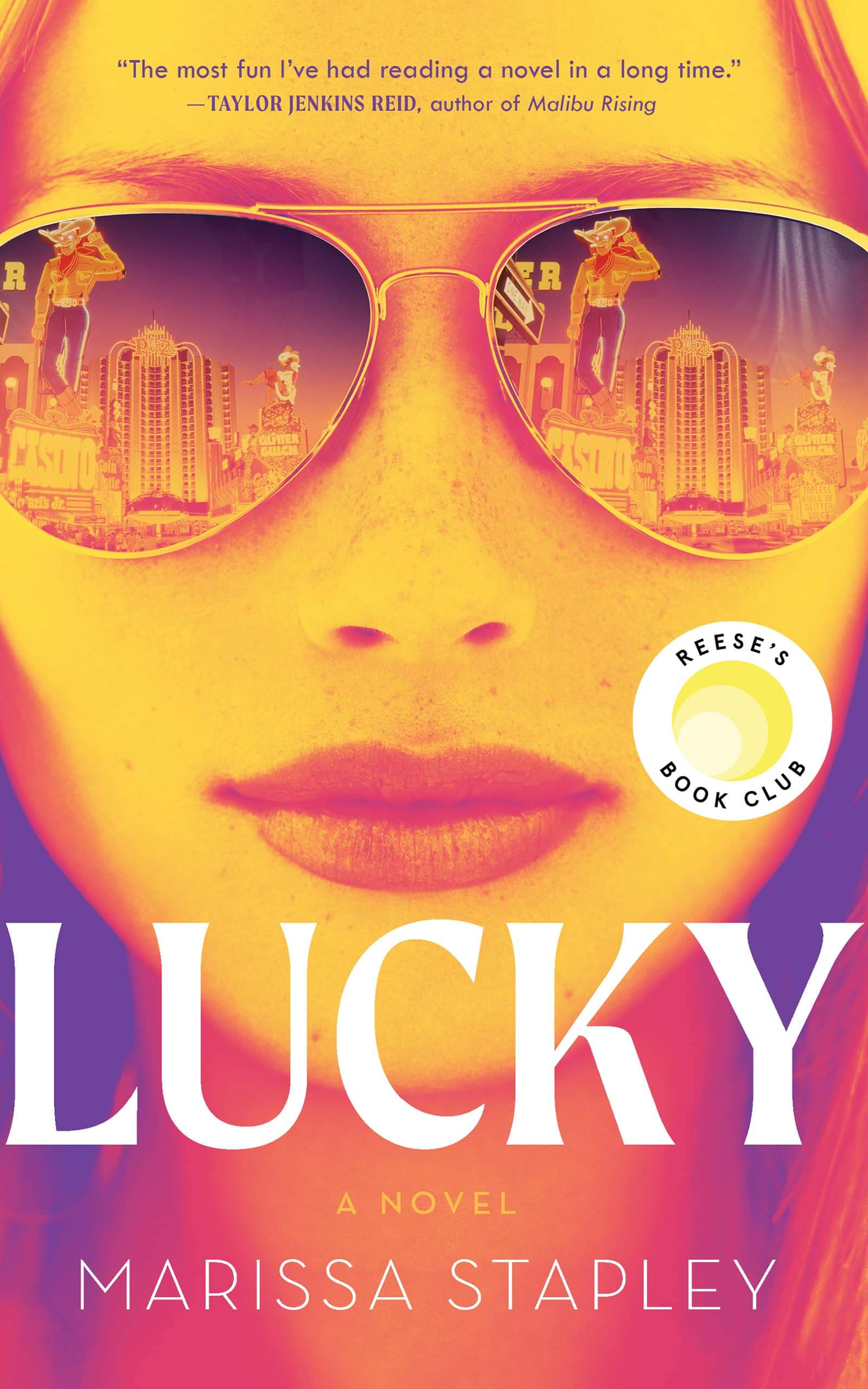 Lucky and her boyfriend Cary just pulled off a million-dollar heist, and she is ready to make a new life for herself. But when her plans take an unexpected turn, she ends up all alone. In a strange twist of fate, Lucky buys a lottery ticket worth over a million dollars, but if she redeems it, she’ll go to jail. As she navigates life on her own, she enters survival mode and realizes that the only way to get by is to start making repairs. On a mission to find her mother, fix the relationship with her father, and reconcile with her boyfriend, Lucky tries her best to find her way out of this complex web. 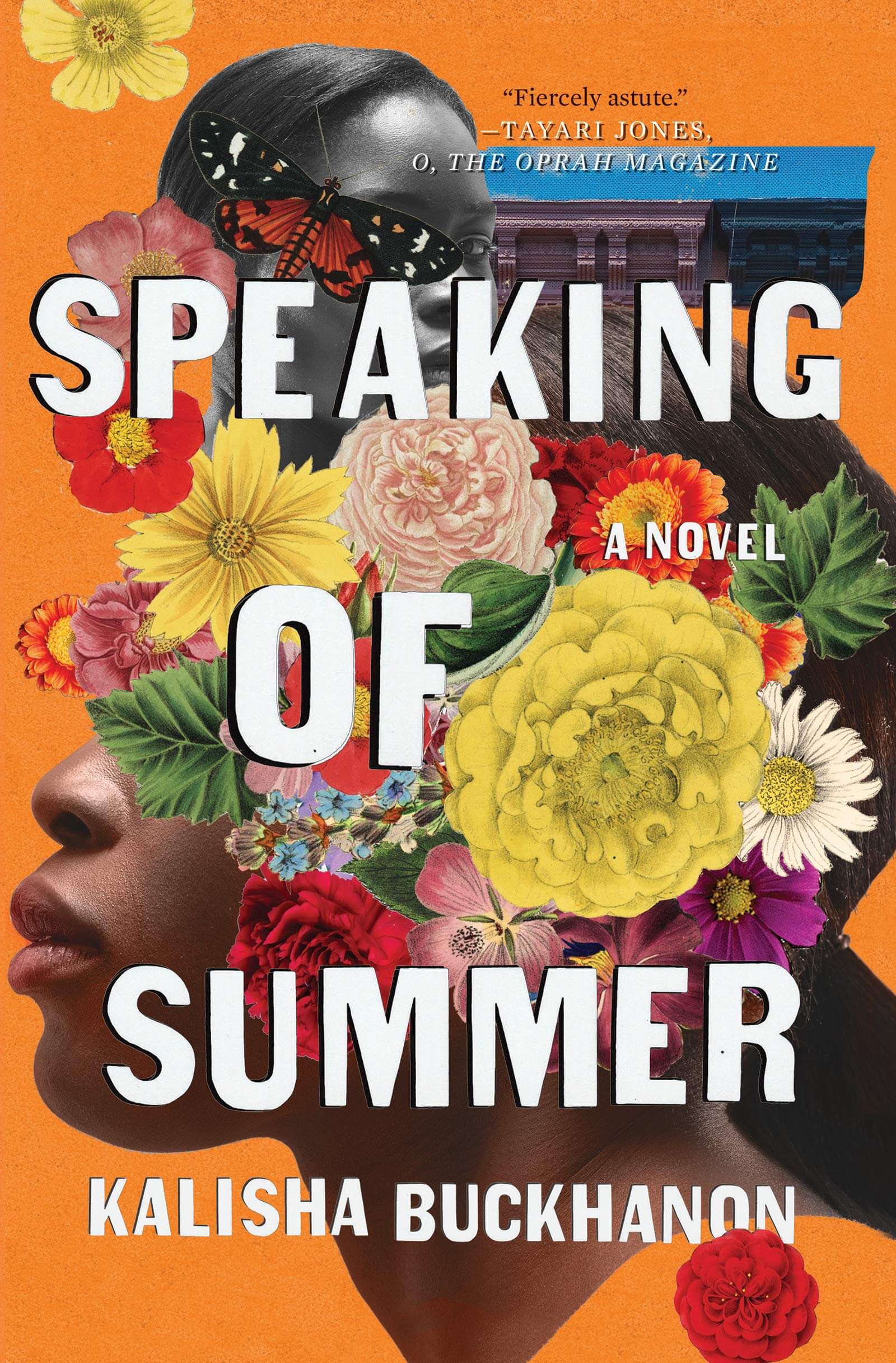 Speaking of Summer by Kalisha Buckcanon

Autumn Spencer’s twin sister, Summer, disappears mysteriously one December evening from the roof of their shared Harlem brownstone. Only Summer’s footprints are in the snow, and no one else could have accessed their roof. Yet authorities treat Summer’s disappearance with an indifference, common to cases of missing Black women. Without help, Autumn must search for answers on her own to uncover the truth of what happened. But when her search turns up little, Autumn begins to fall apart, becoming obsessed with the stories of local women who were murdered and what their stories can tell her about what really happened to Summer. 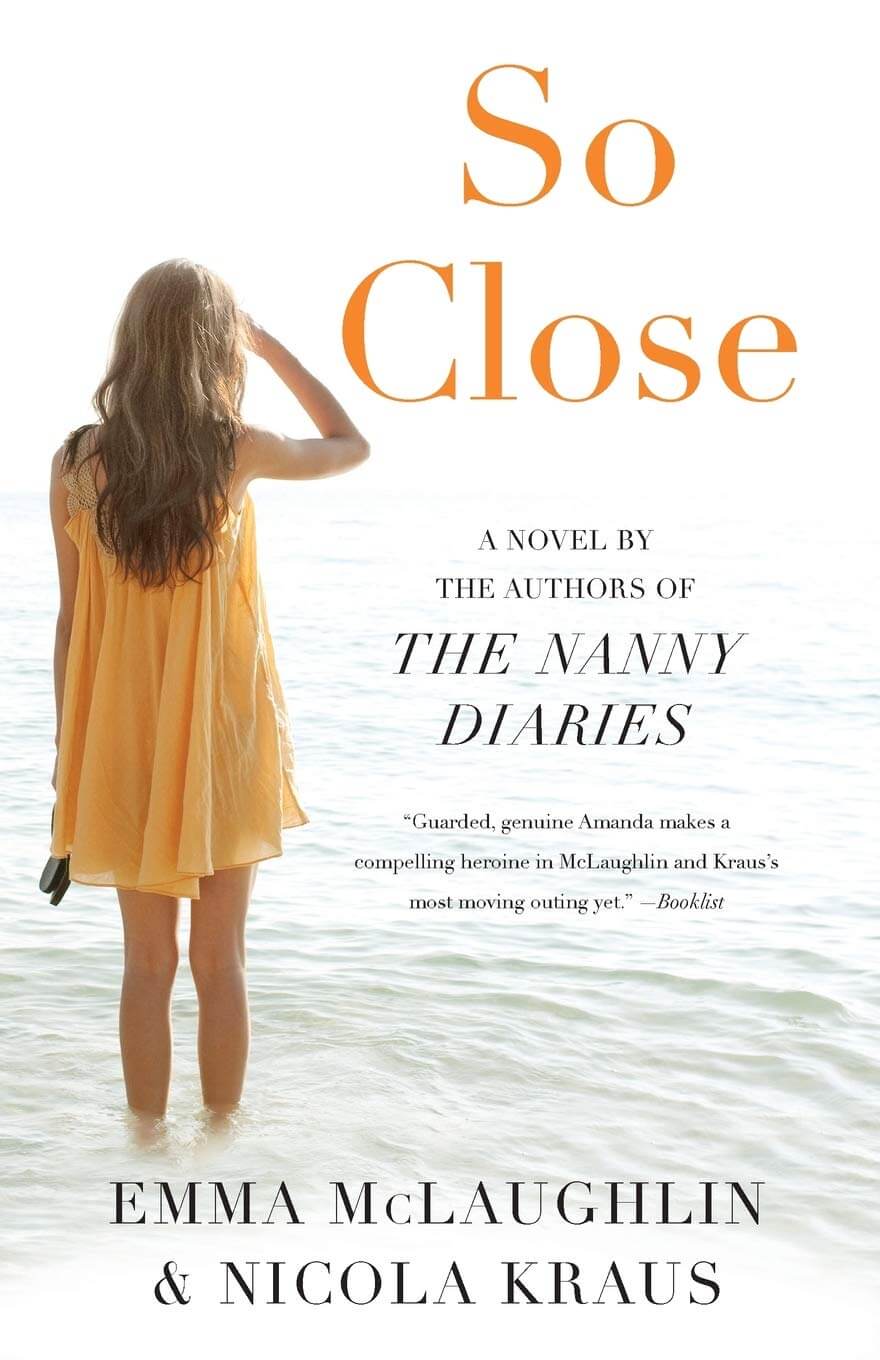 So Close by Nicola Kraus and Emma McLaughlin

Amanda Beth Luker’s best chance to finally make it out of the trailer park town she grew up in is Tom Davis. Tom is a lawyer with political aspirations, and he wants to make the world a better place. What’s more, his wife, Lindsay, is the role model Amanda never had, opening her eyes to new possibilities. However, her dreams of a new life are threatened by the man she seems to be following in love with, the troubled Pax Westerbrook. She promised herself she would do whatever Tom asked of her, because he is her ticket out of the trailer park. But suddenly she’s unsure that Tom is everything he has made himself out to be—and the price she has to pay to follow Tom on his path to success could be too great. 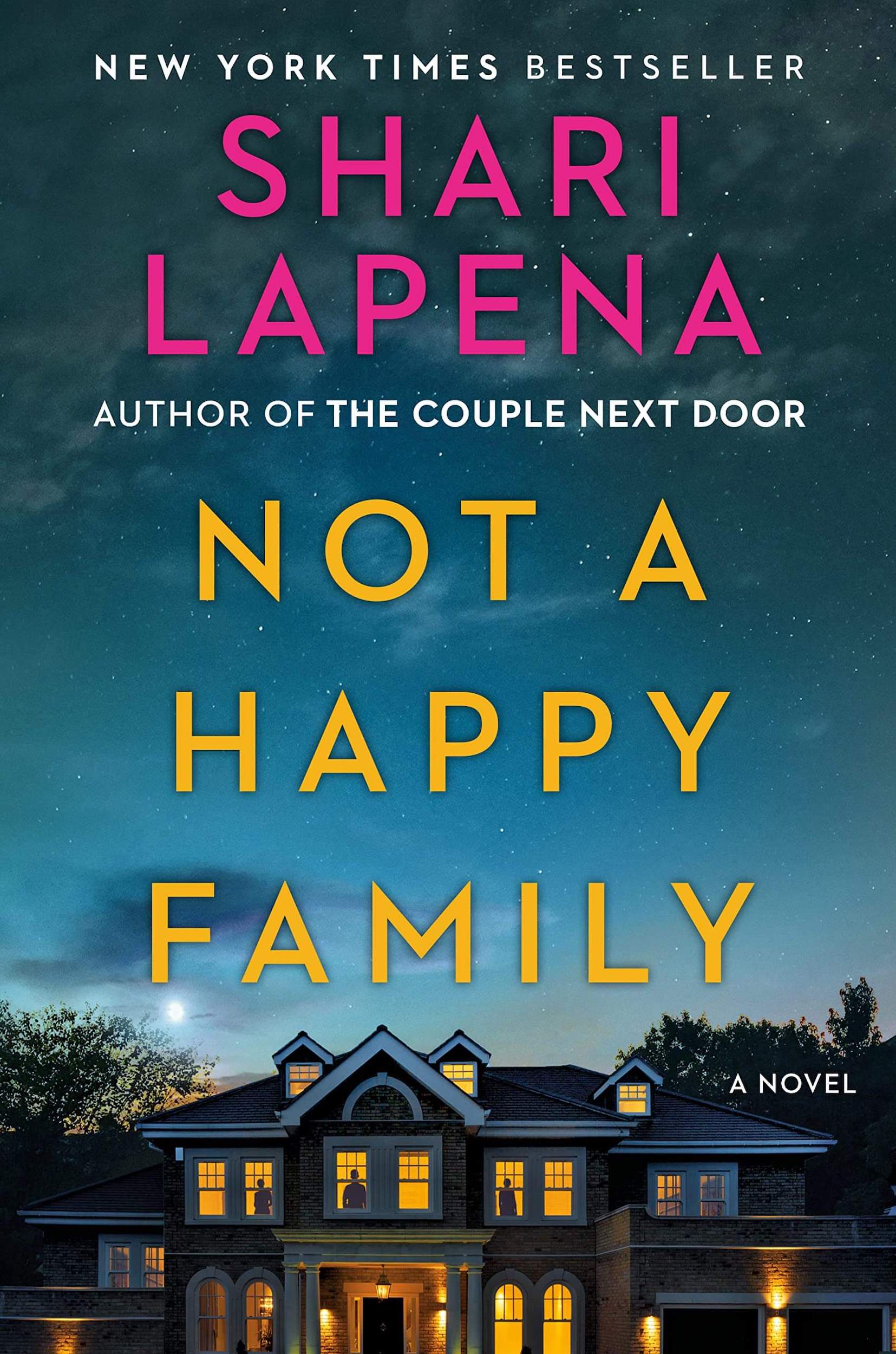 Not a Happy Family by Shari Lapena

Fred and Sheila Merton fit in perfectly where they live in upstate New York. After all, you have to have money to afford a home in Brecken Hill, and they have plenty of it. But all the money in the world can’t protect you from a cold-hearted killer, and unfortunately, they fall victim to a vicious attack on Easter Sunday. From the outside in, it appeared their three adult children got along well with their parents, but that couldn’t be further from the truth. As secrets are revealed, suspicion grows about who could commit such a heinous crime and if it could possibly be an inside job. 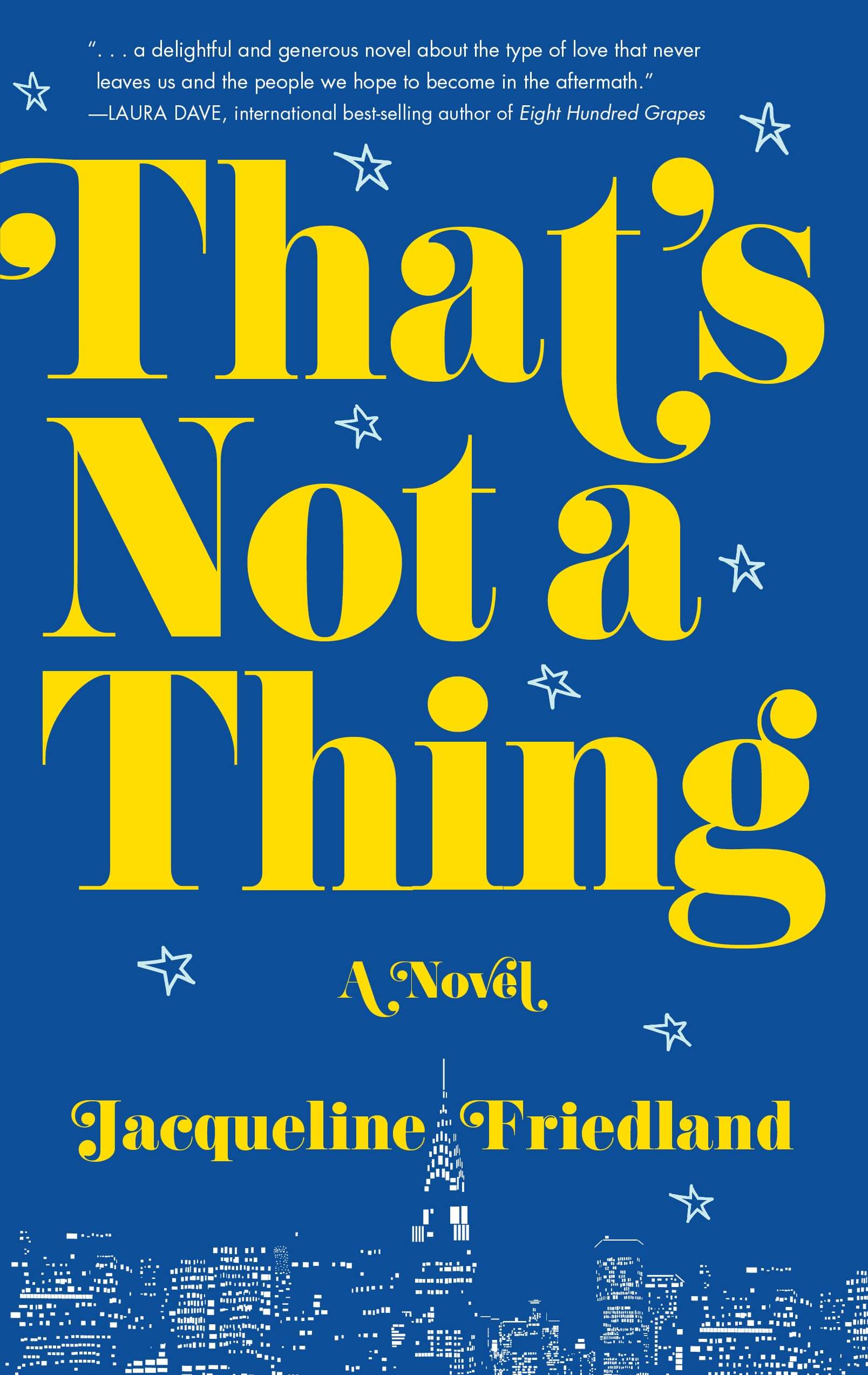 That’s Not A Thing by Jacqueline Friedland

Once, Meredith Altman was engaged to Wesley Latner. But their engagement ended in catastrophe when Wesley’s parents died weeks before their wedding, causing Wesley to break off the engagement and withdraw to Europe. Now, years later, Meredith is engaged to Doctor Aaron Rapp and Meredith finally feels like her life is where it is supposed to be. While celebrating her engagement at a new hotspot in TriBeCa, Meredith is surprised to learn Wesley is the owner of the restaurant. In seeing Wesley again, she realizes that she is still trying to get over the loss of their engagement, and when she finds out that Wesley has ALS, Meredith begins to question whether the life she was building for herself with Aaron is really the life she wants. 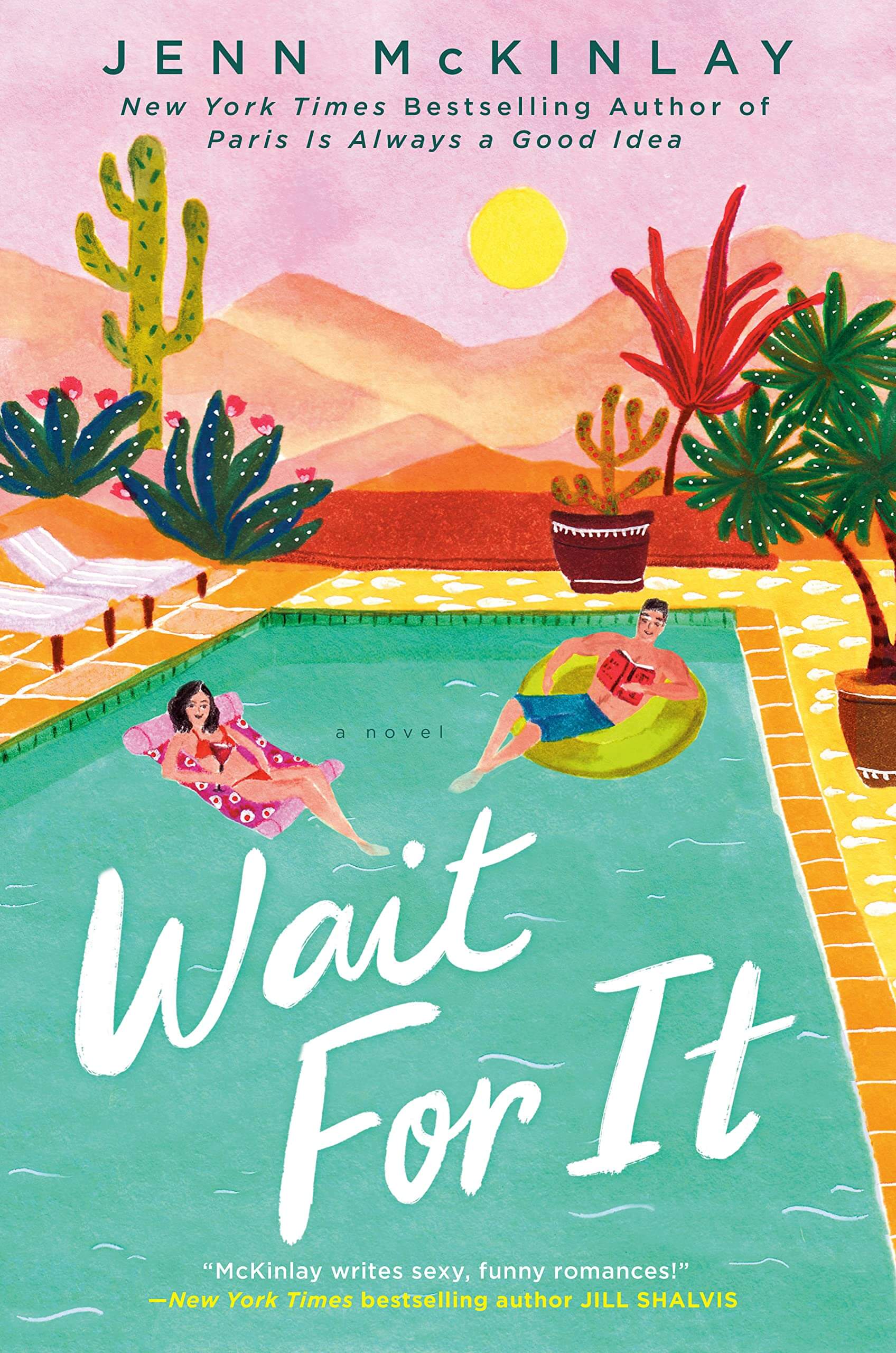 Wait For It by Jenn McKinlay

Thirtysomething Annabelle has two failed marriages under her belt and is ready to get out of the cold Boston weather to start over somewhere warmer. So when she lands a job in Arizona, she packs her bags and hightails it out of town. Upon arrival, she’s instantly curious about her landlord, Nick. He leaves curt, handwritten notes, and she assumes that he must be a grumpy older man. However, she’s shocked to find out that they’re the same age and he’s recovering from a stroke. The more time she spends with him, the more time she wants to, and it becomes clear that this move was for more than just work. 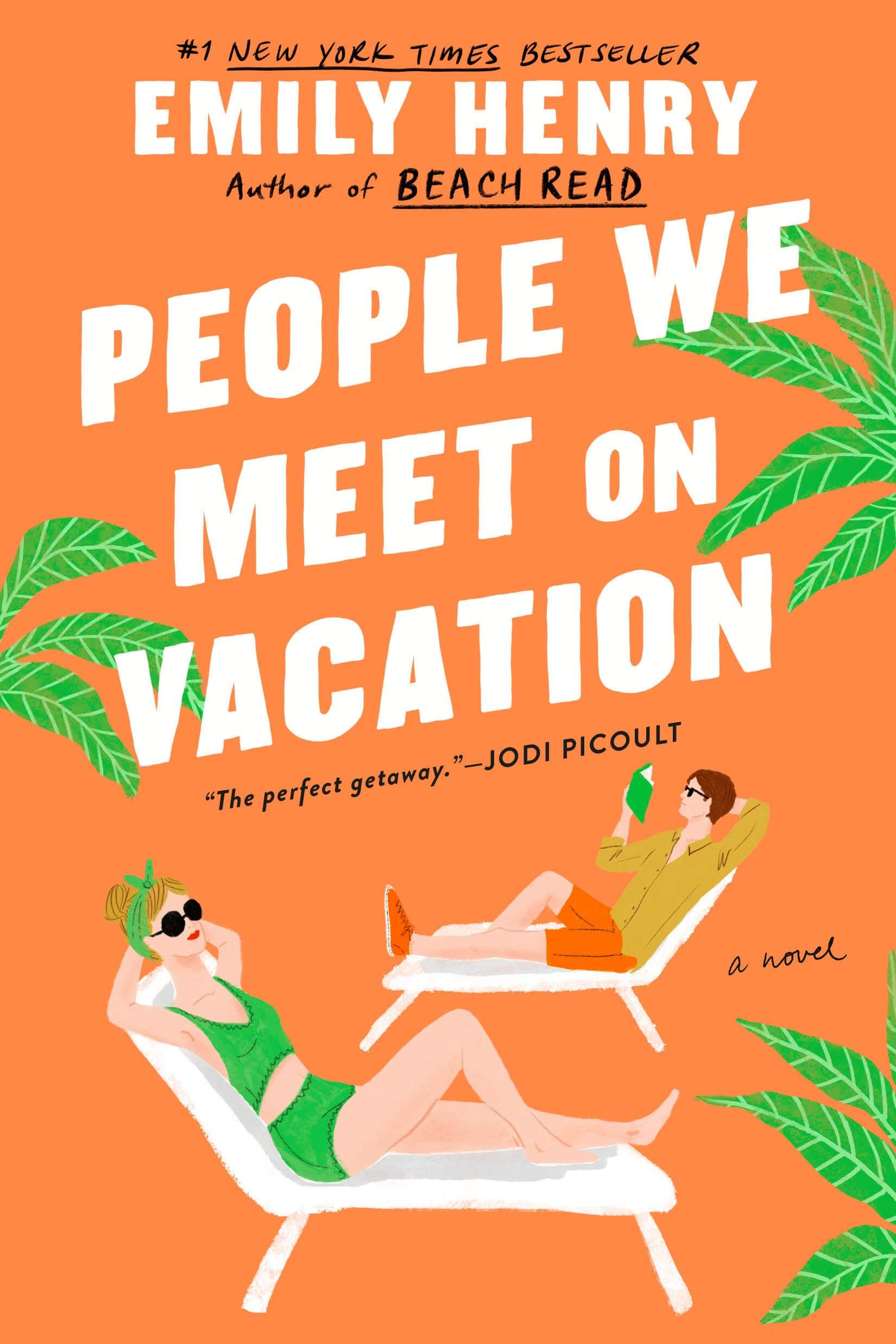 For two people who have nothing in common and who live in completely different worlds, Alex and Poppy somehow make their unlikely friendship a nearly perfect relationship. Every summer for ten years, the two friends have taken a weeklong vacation together. That is, until an incident occurs that leaves them on non-speaking terms. When two years go by, Poppy knows that making up with Alex may be the key to getting herself out of a rut. Their last vacation together was the last time she was truly happy. When Alex agrees to take this last trip with Poppy, she knows this is her chance to make amends. Yet, there is an unsaid truth between them that continues to threaten the sustainability of their friendship. 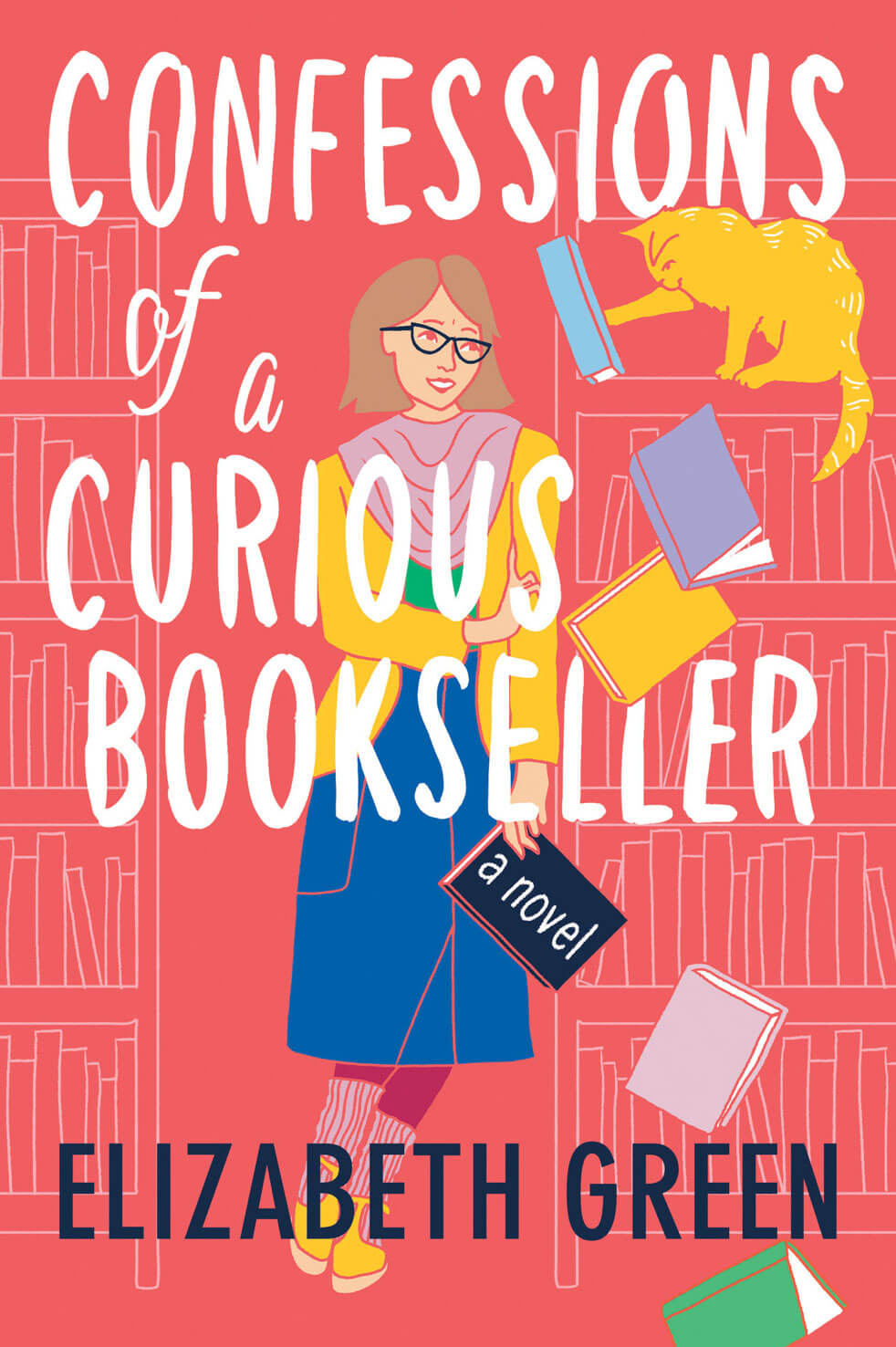 Confessions of a Curious Bookseller by Elizabeth Green

Anyone familiar with West Philadelphia knows about Fawn Birchill’s used bookstore. It’s been a pillar important of the community for the last twenty years, and she hopes it will stay that way forever. But her charming shop is threatened when an independent bookseller moves in on her block, offering coffee and an amazing selection of stories. Determined to stay relevant, Fawn is ready to do whatever it takes to stay at the top. As she prepares for war, everything that could go wrong does, and she’s tested at every turn. Not one to give up, Fawn is ready to pull up her sleeves and fight one battle at a time. 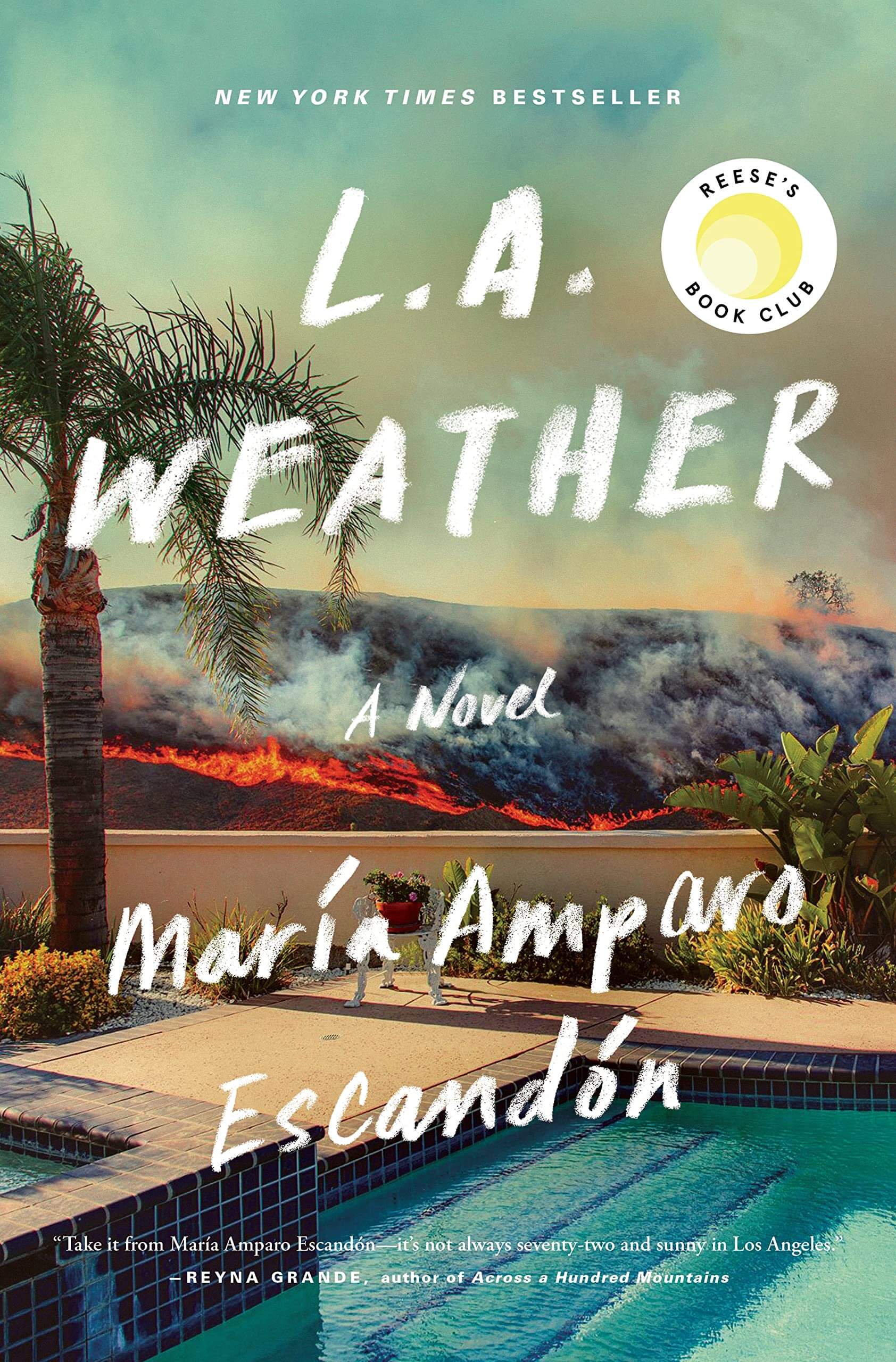 Oscar, the patriarch of the Alvarado family, is obsessed with the weather. It is all he can focus on, because anything else will remind him of the dark secret he’s keeping from his family. His wife, Keila, is tired of the Weather Channel and needs a change. She asks Oscar for a divorce, and this sends their three daughters—a chef, an architect, and a social media diva—reeling. Now the family is set on a course in which they will need to make tough decisions and come to terms with the secrets and burdens they each carry. Set in a dry L.A. landscape desperately in need of rain, the Alvarado family must either choose to keep their family together, or go their separate ways once and for all.