Books for Fans of The Loneliest Girl in the Universe

Books for Fans of The Loneliest Girl in the Universe

Have you ever had a favorite book that kept you on the edge of your seat and you never knowing what’s going to happen next? That’s how we felt reading Lauren James’ The Loneliest Girl in the Universe.

We’ve all probably had that moment when we felt like the only person on the planet, James Romy Silvers, just happens to be, and she takes us on a journey of suspense, love, and sci-fi at its best. If you’ve read James’ loneliest girl more than once as I have, try out these books with similar vibes. 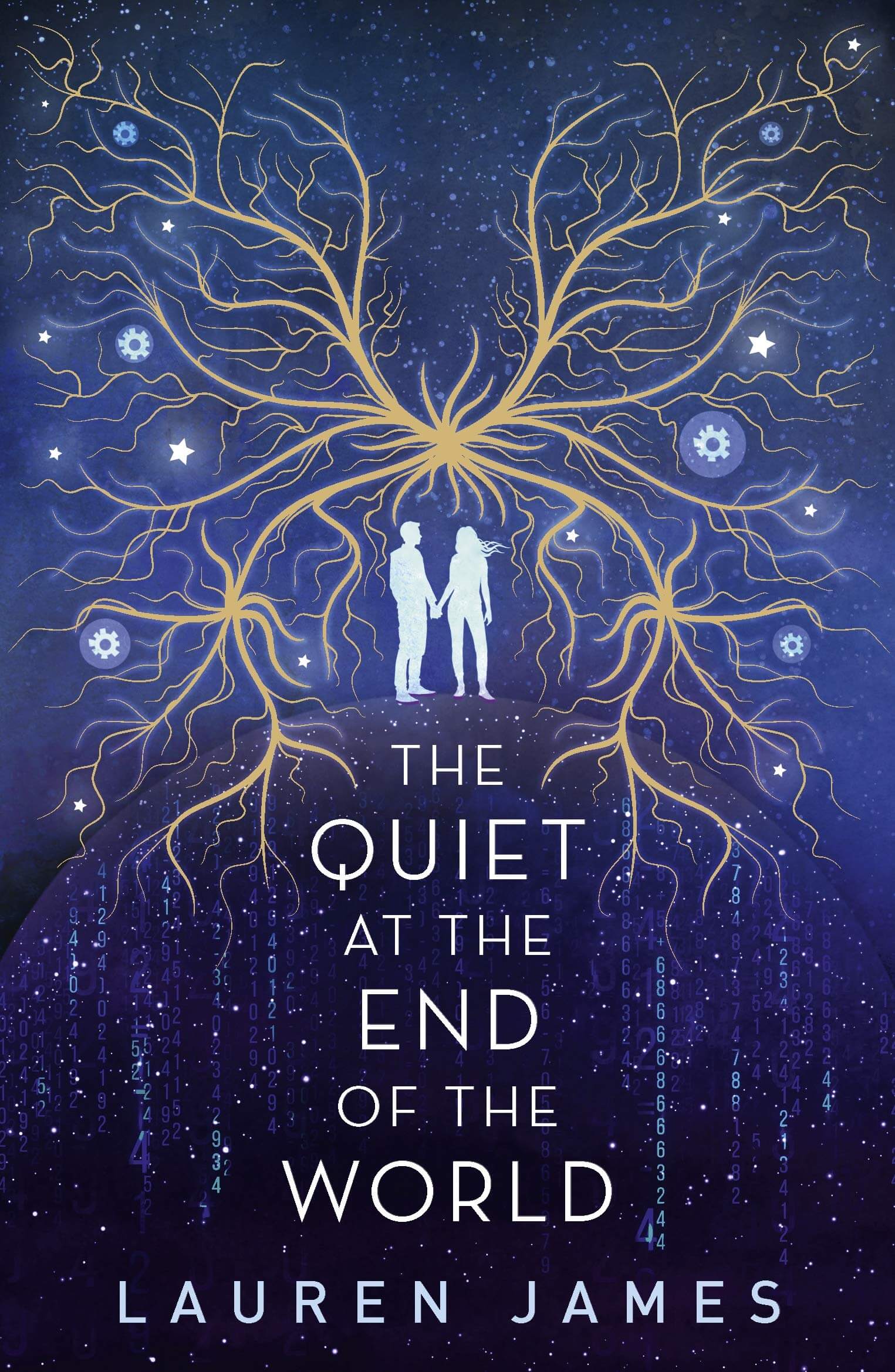 The Quiet at the End of the World by Lauren James

A global virus that causes infertility has left Lowrie and Shen as two of the youngest people on the planet. Living in an aging community in London, the two are doted on constantly, and they spend their days lurking throughout a mansion, searching for treasure from the past. Their mundane peace is soon interrupted when a secret reveals a key factor in humanity, one that could end it all. Now the two girls must decide who to sacrifice and who to keep with them at the end of the world. James, in this tale too, questions what life is like when humanity is dwindled on the planet. 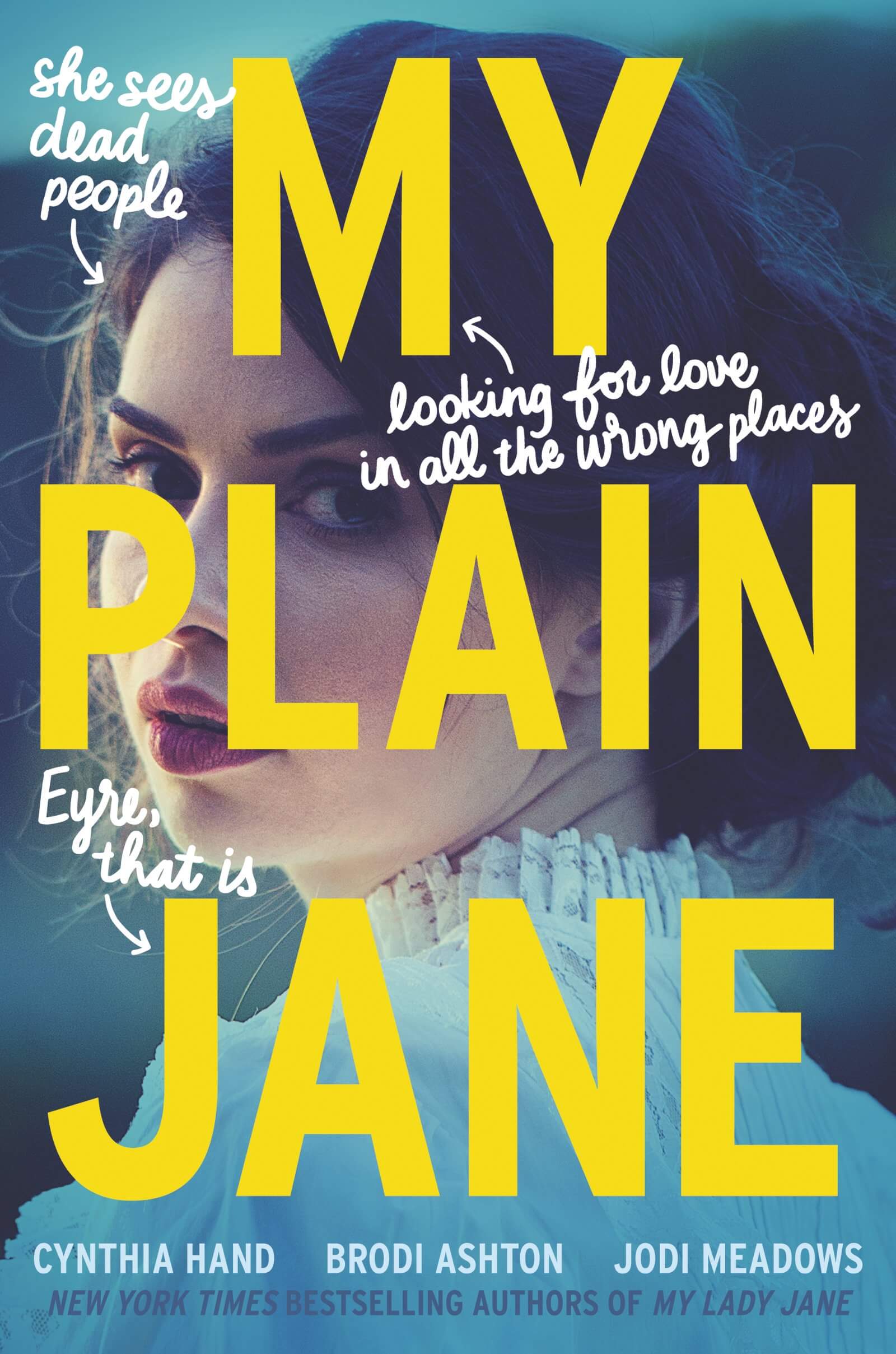 My Plain Jane by Cynthia Hand

Jane Eyre, a penniless orphan, grew up with a miserable childhood. But things have changed: she’s now a governess at Thornfield Hall. Things might seem great for her when she meets the handsome but brooding Mr. Rochester. Even with him being significantly older with an uneven temper, Jane and Rochester fall in love and wed. If you think this is a simple love story, be prepared to go on a journey filled with supernatural investigations, ghosts and bizarre behaviors. This retelling of Jane Eyre has mysterious elements much like James’ The Loneliest Girl in the Universe. 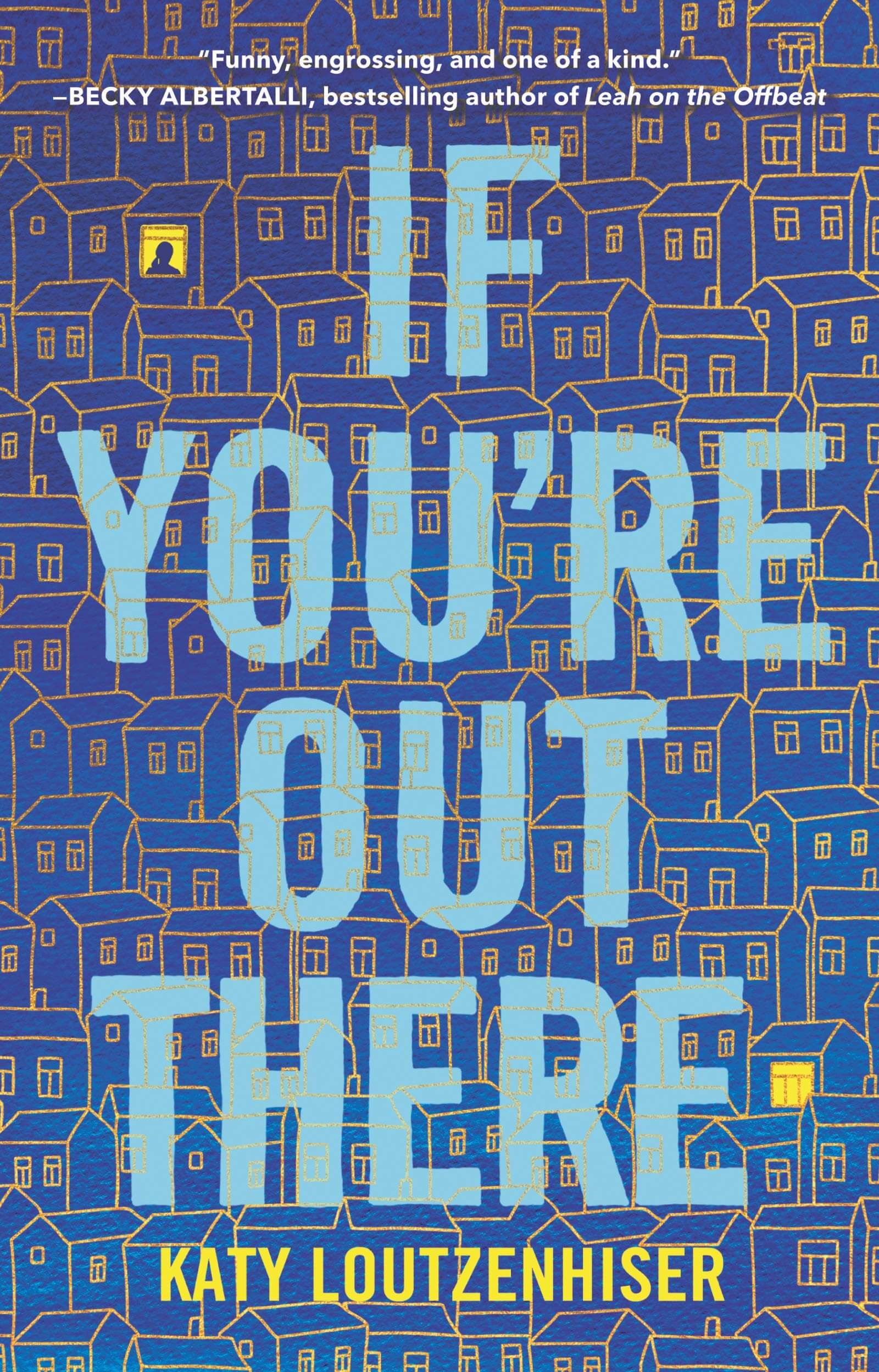 If You’re Out There by Katy Loutzenhiser

The emails shared in The Loneliest Girl in the Universe are also found in this tale of best friends living apart. Priya has stopped talking to Zan without a reason. Priya did just move to California, but Zan was sure that their friendship was strong enough to handle the move. So when Priya’s social media turns into a stream of incoherent posts with images highlighting her new life, Zan is hurt. Yet she won’t give up because she knows something is off those posts don’t sound like the Priya she knows and loves. Zan will only move on once Priya tells her to buzz off, but a hidden clue in one of Priya’s recent selfies reveals that maybe she isn’t ignoring Zan’s emails on purpose, maybe something more is preventing her from doing so. 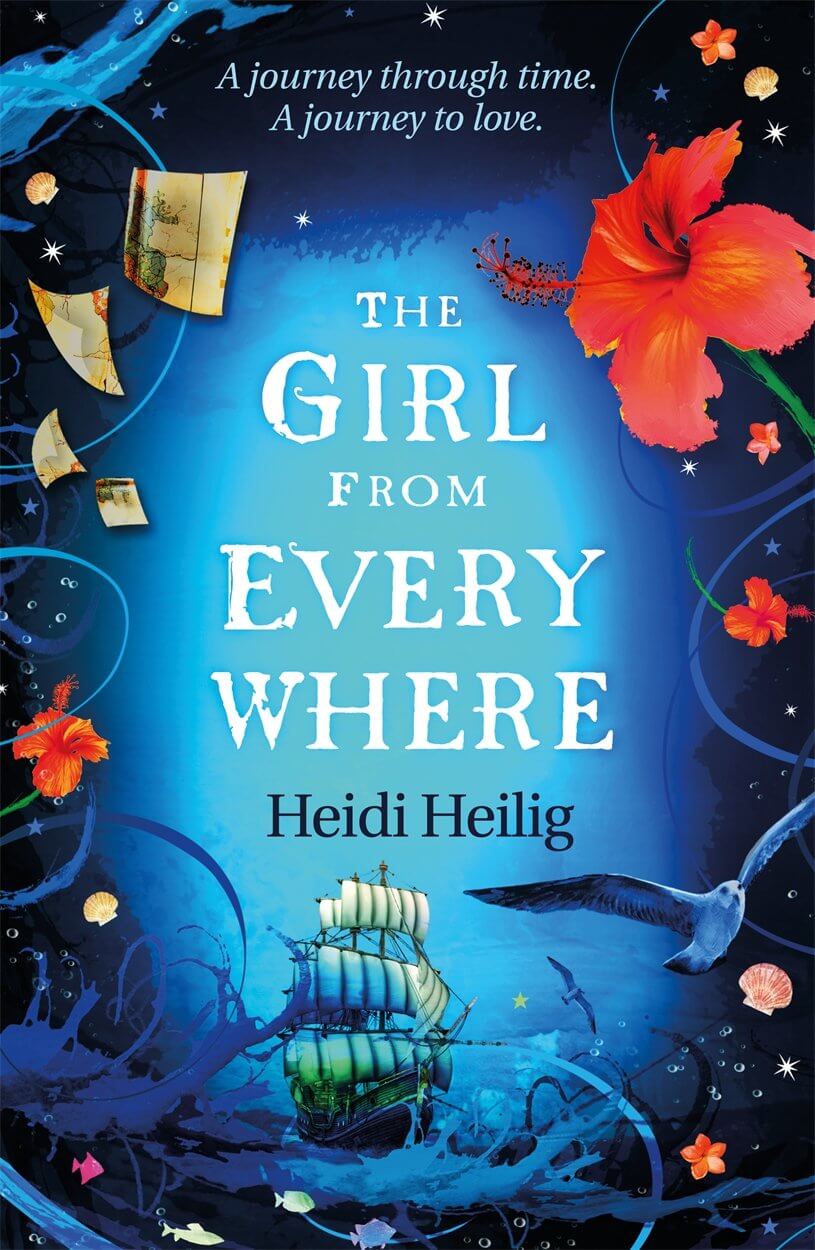 The Girl from Everywhere by Heidi Heilig

Would you give up your loved one to bring back another? Nix feels like her time is running out. Living aboard her father’s ship her whole life has allowed her to sail across centuries, and across time. No matter if its myth or imagination, as long as her father held the map to it, his ship could take them there anytime they desired. But there’s one map he doesn’t have—the very one that could wipe Nix from existence. All Nix’s dad wants to do is see the love of his life one more time. He’ll do anything to get the map to 1868 Honolulu to get back to Nix’s mother. The closer she gets, the more Nix can feel the end and she’s unclear of the future. Will she gain her entire family and love in the process, or disappear forever? 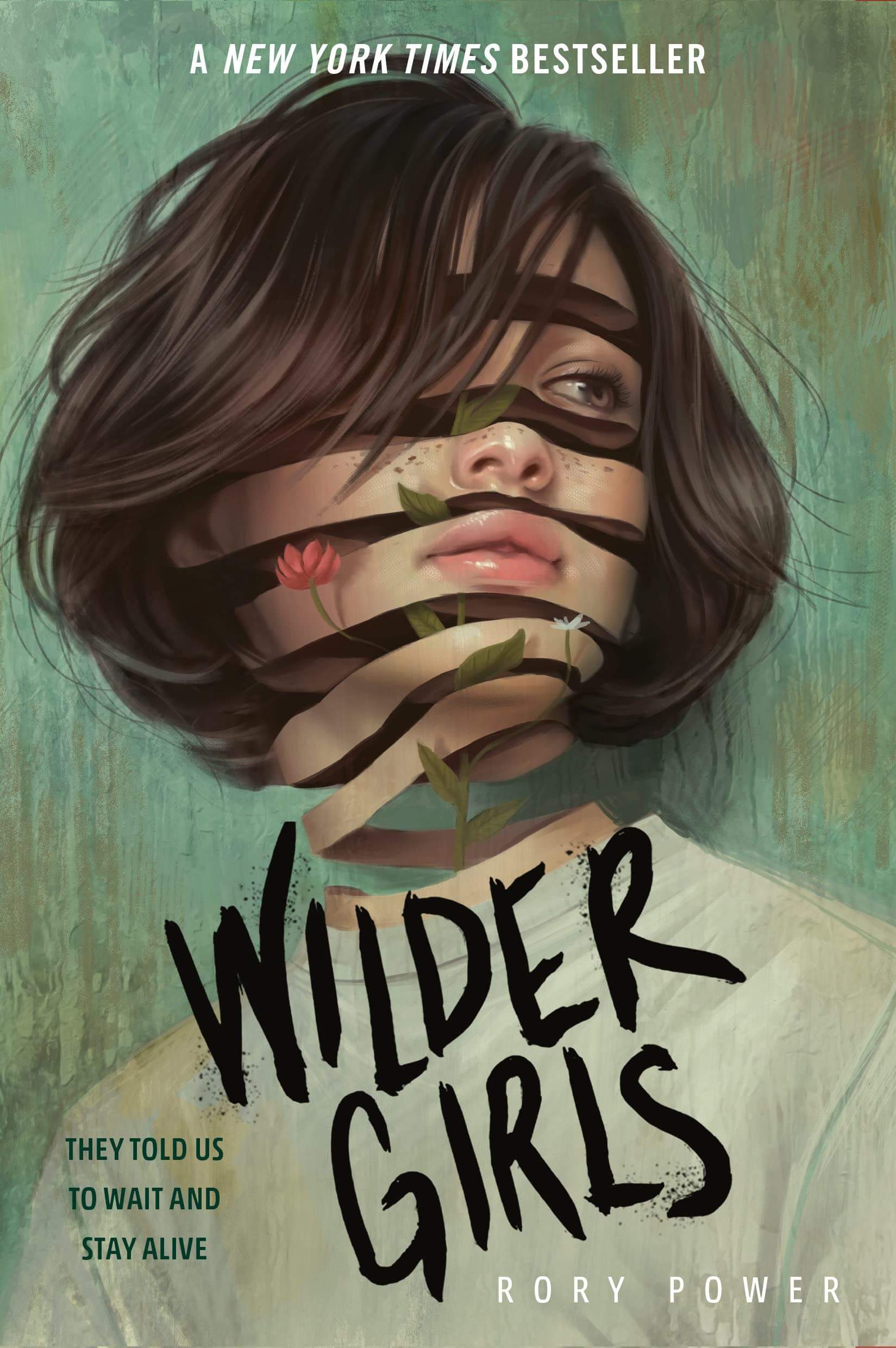 If Romy Silvers is the loneliest girl on the universe, then Hetty is the loneliest girl in a school where her classmates no longer look the same. Set on an island, the Raxter School for Girls recently went under quarantine, due to a plague called the Tox. Everything happened around Hetty slowly. The Tox first removed the teachers bit by bit. Then students became infected, their bodies becoming unrecognizable with gruesome deformities. Eighteen months later, a small group of girls is left alone on an island where they don’t attempt to wander outside the school’s yard: a dangerous and terrible Tox lies in wait in the woods looking to claim anyone it can. When Hetty’s friend Byatt goes missing, she’ll do whatever she can to save Byatt’s life, including leaving the school grounds and facing the Tox that pollutes everything outside. 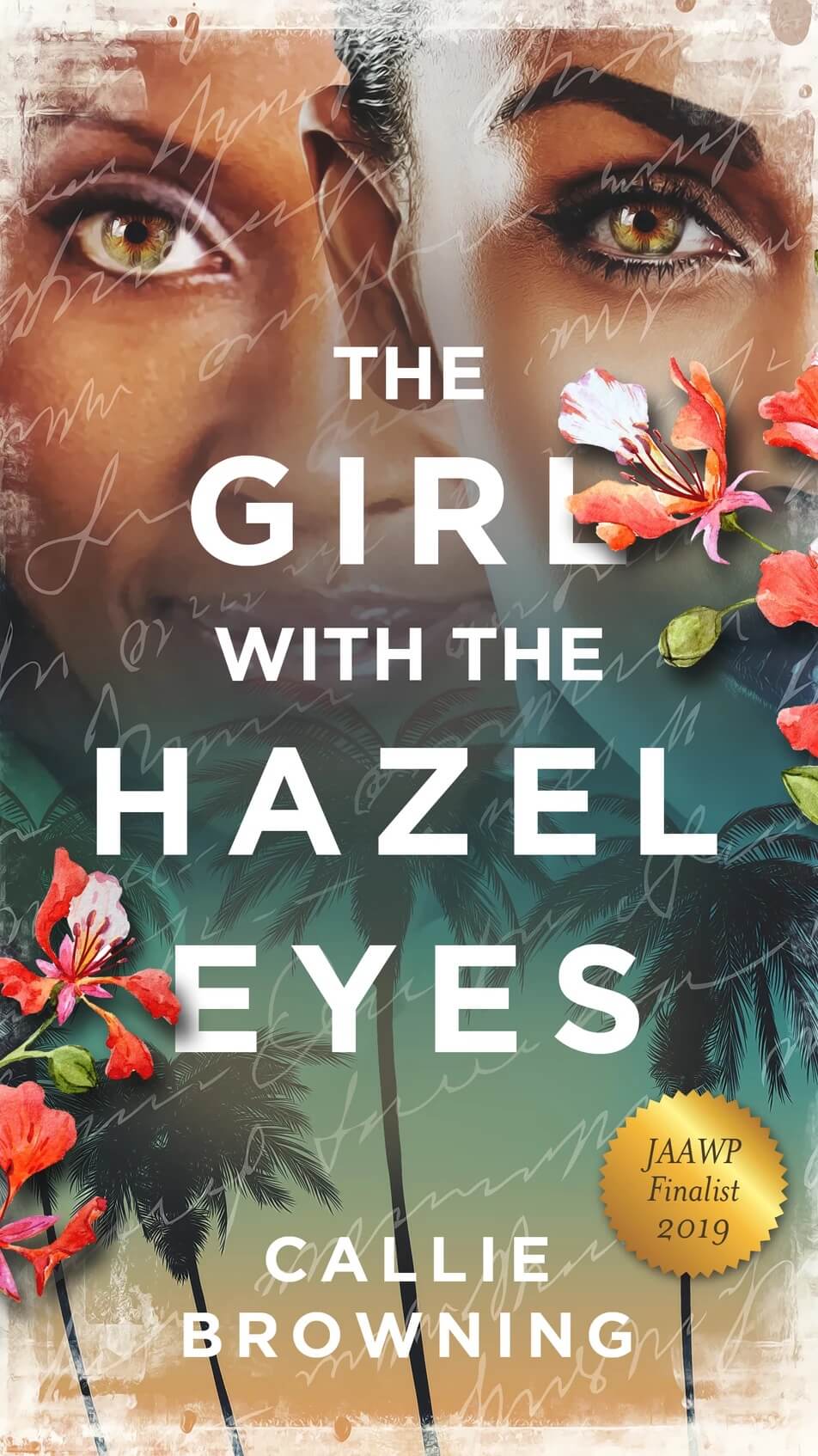 The Girl with the Hazel Eyes by Callie Browning

If you enjoyed the secrets revealed in The Loneliest Girl in the Universe, The Girl with The Hazel Eyes has its share of lies and deception come to light. Susan Taylor was exiled to Barbados more than for her all-telling whistle-blowing novel The Unspeakable Truth, where she recounts crimes and scandals committed fifty years prior. Now she wants her biography written by someone else, and that someone is Lia Davis. Lia knows working with the unruly and unpleasant Susan isn’t how she wants to spend her time, but she is broke, so turning down paying gigs is not an option. Once Lia digs into the grumpy author’s past, things aren’t quite adding up for Lia. Susan has kept many skeletons in her closet over the decades and Lia is closer than ever to uncovering it all. 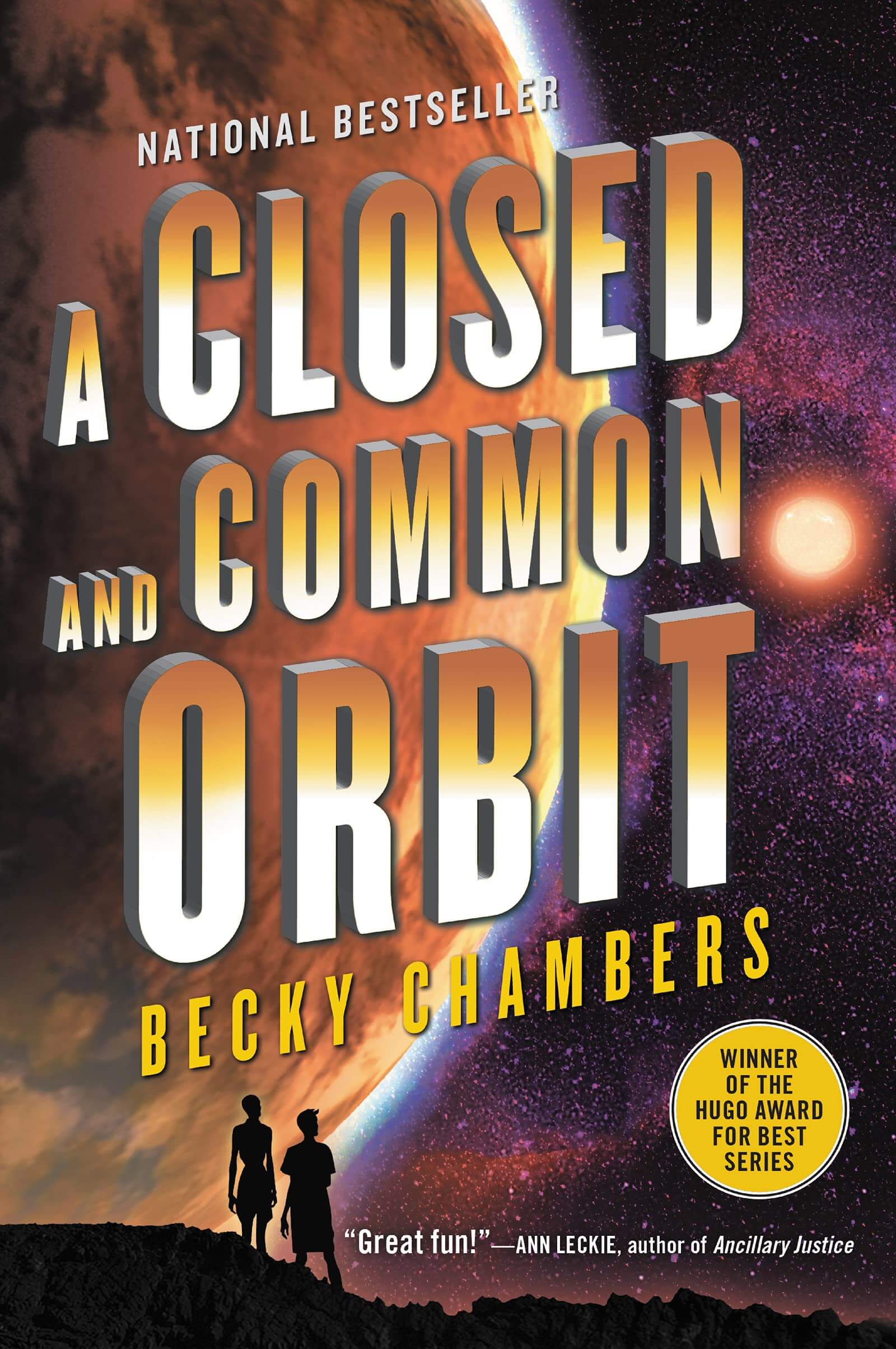 A Closed and Common Orbit by Becky Chambers

A ship with an artificial intelligence mind comes back to life in this space opera. When Lovelace, an AI program, woke up in a new synthetic body after her system had to reboot, all of the previous information stored in her mind was gone. Learning to be and navigate in the universe is a challenge for Lovelace, who gives herself the name Sidra, but soon she meets Pepper, an engineer who promises to guide her. As Sidra continues to learn and grow, she also begins to feel and learn about Pepper’s past. But she’s also struggling to fit in with her new body when all she wants to do is return to her ship. The concept of life on a spaceship in The Loneliest Girl in the Universe is also seen in this novel. 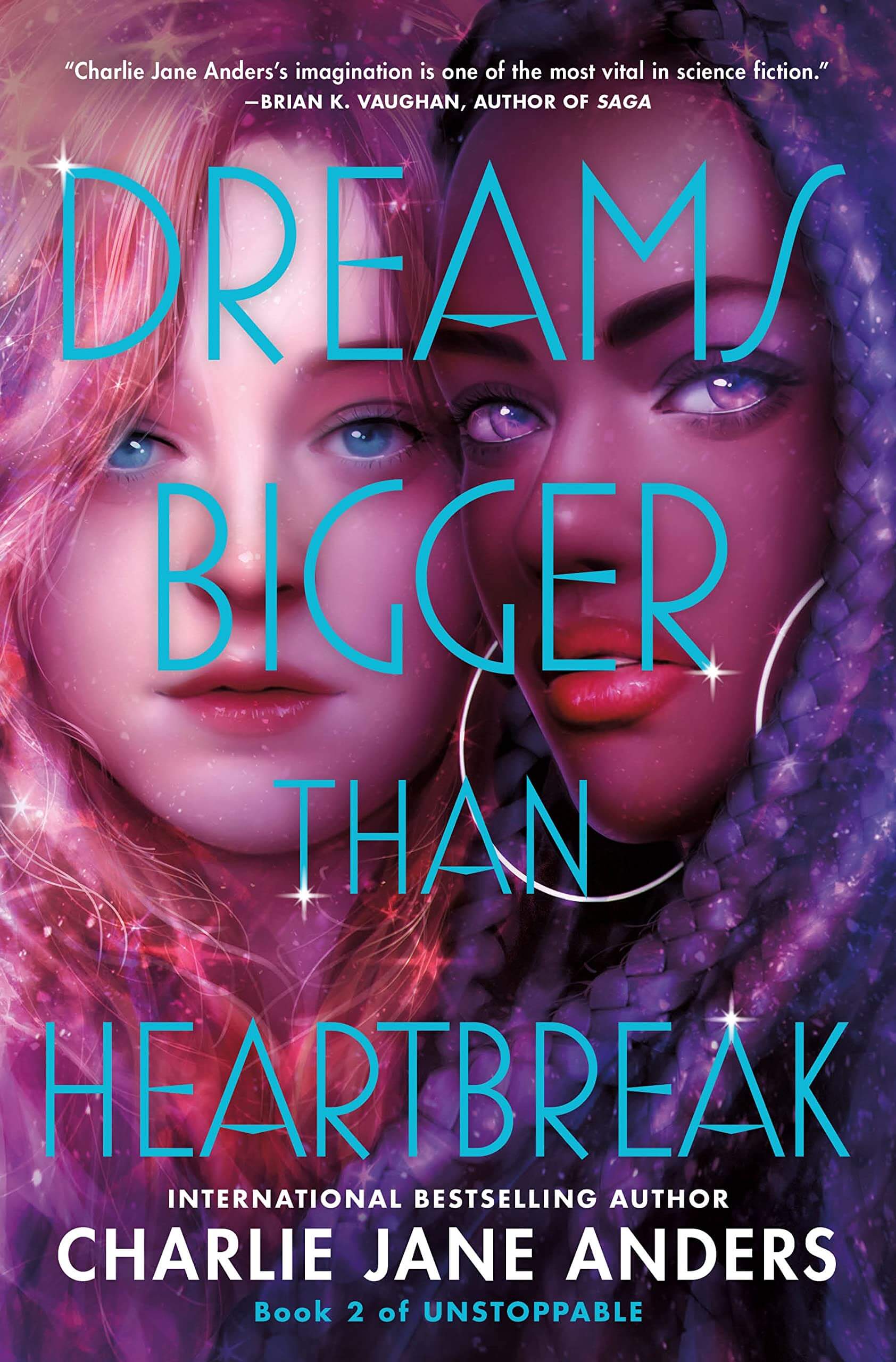 This sequel to Victories Greater than Death picks up with the main characters, Tina, Racheal and Elza experiencing a new evil. After Rachel’s mysterious encounter with an alien species, she can no longer make art, a fact that she struggles to grasp. Tina, on the other hand, is studying at the space academy, working hard to keep her hero status everyone has given her. Elza is on a different path to becoming a princess in the Palace of Scented Tears, only once she’s there she run into the last person she imagined. 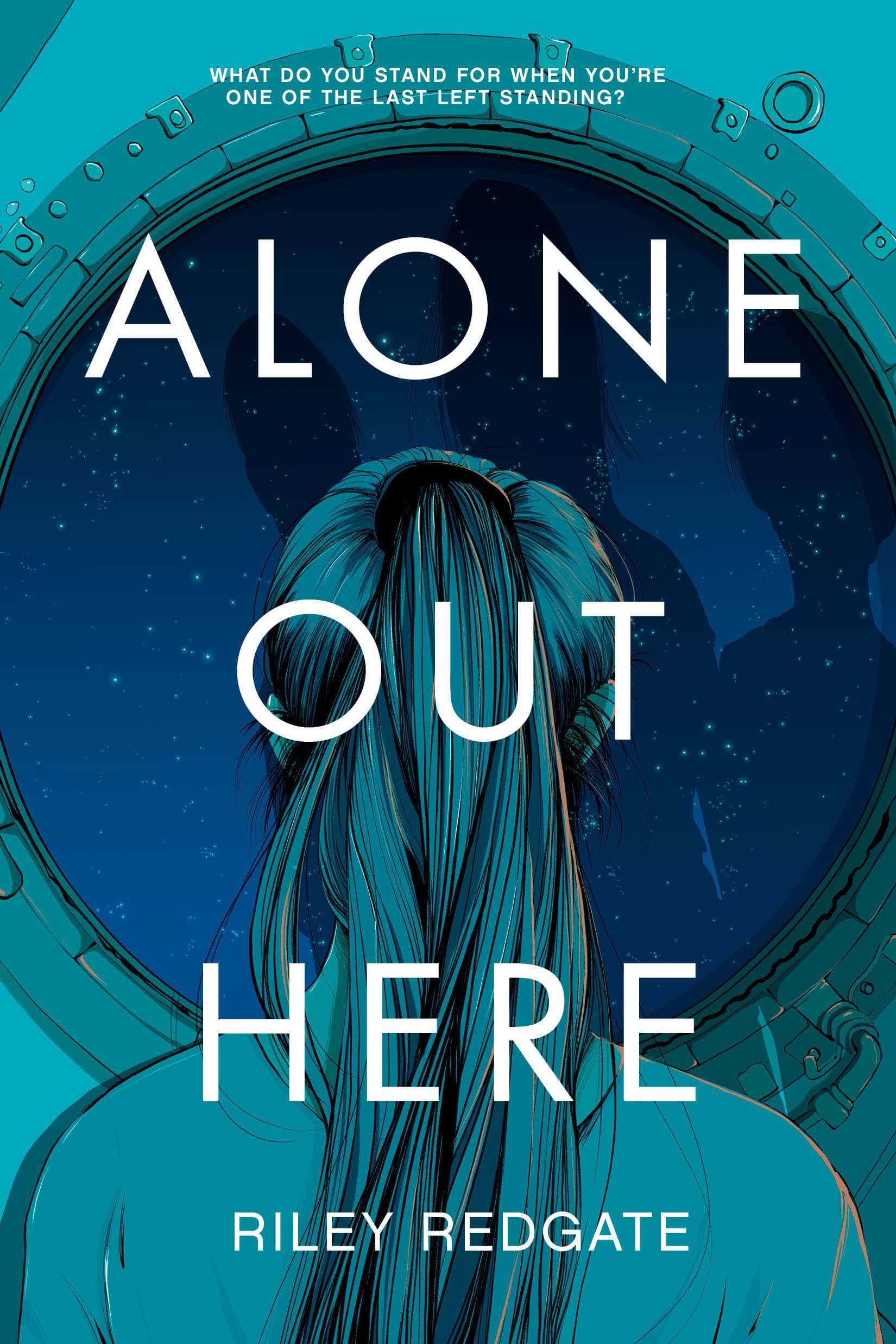 Alone Out Here by Riley Redgate

In 2072, catastrophic devastation destroys Earth, leaving humanity to flee to space. Leading engineers and scientists try to prepare a space fleet designed to save the world. They create the Lazarus, a high-tech prototype spaceship, and they allow a handful of children to tour it. But when the volcanic eruption they assumed would wipe the Earth happens sooner than anyone imagined, the planet is wiped out. The First Daughter Leigh Chen and fifty-three terrified are the only ones left on the Lazarus as survivors. To get them to a habitable planet, the pilot’s enigmatic daughter, Eli, takes charge working to keep everyone calm and the worries at bay. The more time they spend in space unsure of the future the, more they become frantic, and soon everyone, including Leigh will need to make a choice. 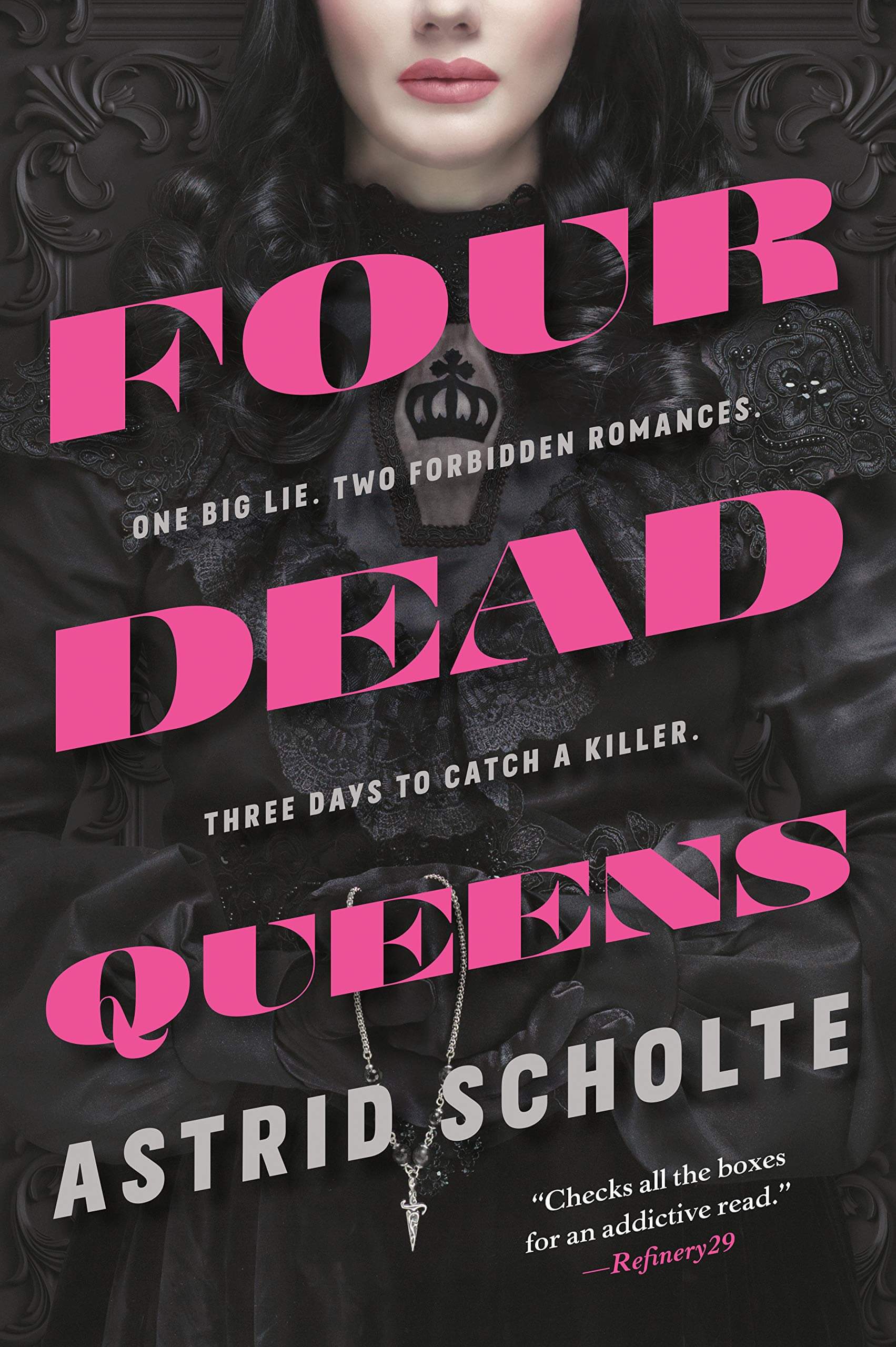 Keralie Corrington is a seventeen-year-old skilled liar. She’s also one of Quadara’s most talented thieves. In the region of Eonia, Varin is an honest fellow citizen. When Keralie steals a package from Varin, she creates a cause and effect, leaving his life in danger. But the more he gets caught up with Keralie, the more entangled things become to the point that it leaves four queens of Quadara murdered. The two, now on the run, must work together to determine who killed the queens and clear their names. When romance blooms, they’ll also need to shed their secrets and past if they’ll have any future. This tale is thrilling and suspenseful, much like The Loneliest Girl in the Universe.